By anaknegeri 948
Published on 26th September 2016
Good day everyone!

Actually, this report is a "prequel" to my report of Air France SIN-CGK, and I didn't have any plan before to write this report. But something inside my heart told me to do it.

Well, after a lot of business and campus activities (even one day before the journey I still had to submit a revision of my Marketing Research paper to our lecturer), I decided to have a short holiday in the 2 neighboring countries: Singapore and Malaysia. Those 2 countries are most favourite destinations for Indonesians to "cross the border". Singapore is noted for its efficient public transport system making tourist like me can go anywhere easily, while Malaysia has an almost similar culture and language especially with Malay people residing in coastal Sumatera.

At that time, there were 8 carriers operating for CGK-SIN-CGK route: Garuda Indonesia (GA), Singapore Airlines (SQ), Air France (AF, withdrew at March 2016), Lion Air (JT), Batik Air (ID), Tigerair (TR), Jetstar Asia (3K), and Indonesia AirAsia (QZ). There are 2 amongst them I've never tried before: Jetstar and Air France. Then I decided to buy Jetstar ticket for CGK-SIN sector, and return to CGK with Air France.

(The original plan was Air France CGK-SIN and KLM KUL-CGK, but the AF CGK-SIN arrived to lately at Singapore before continuing the journey to Paris. Public transport would have been shutted down and the only option would be staying at the airport overnight. KLM from Jakarta to Kuala Lumpur had also same situation.)

February 18th of 2016, 6 days after my birthday. As usual, I took a bus to the Soekarno-Hatta Airport. Before entering Terminal 2, I saw a Boeing 777-300ER of EVA Air and a Boeing 747-400 of our nations' largest LCC carrier (in terms of passenger and fleet numbers), Lion Air. 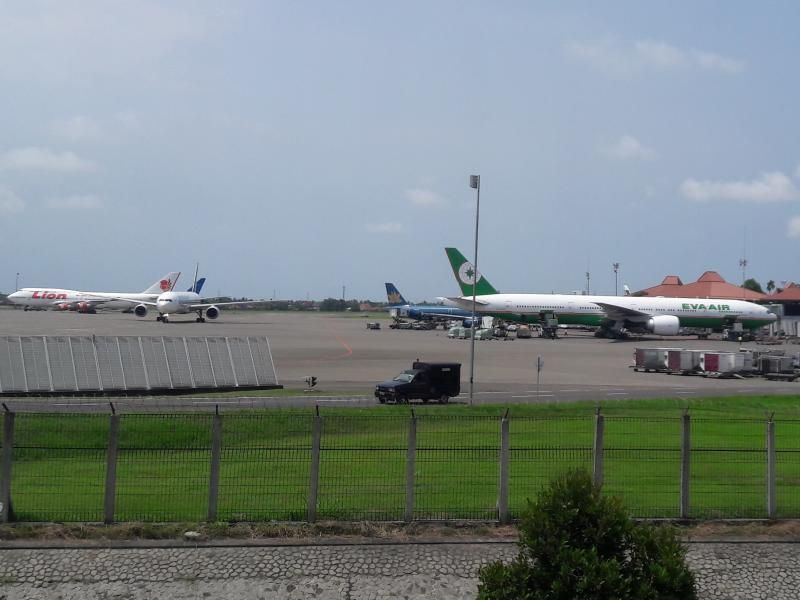 Finally the bus arrived at Terminal 2D of Soekarno-Hatta Airport. 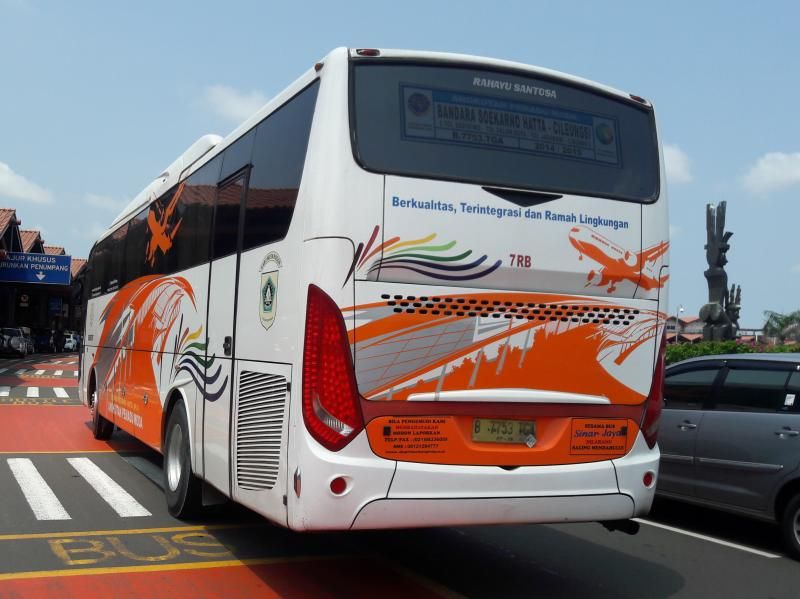 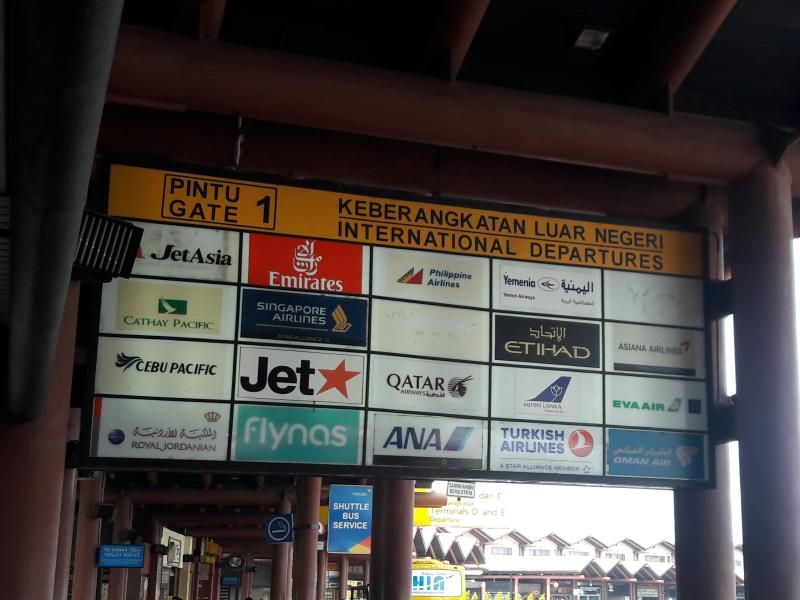 It was 50 minutes before boarding, so I proceed directly to the check-in counter. 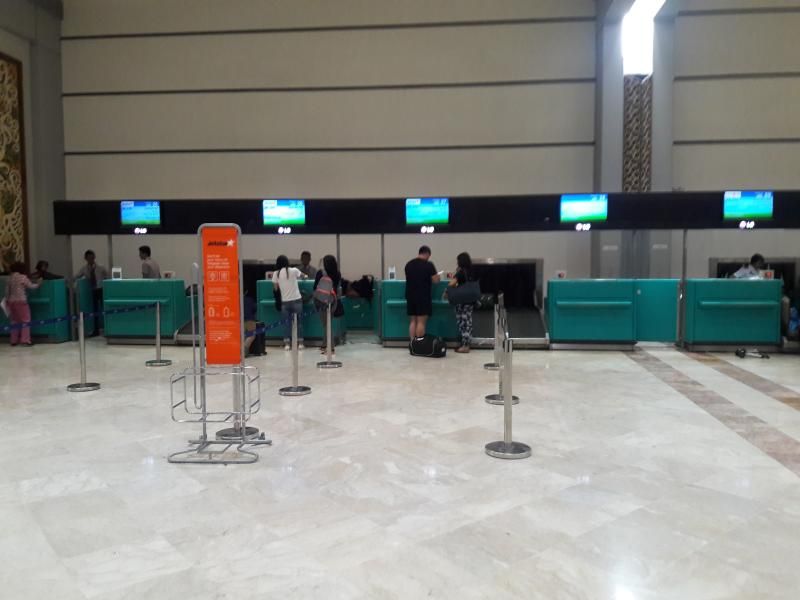 Then I got this powerful card. 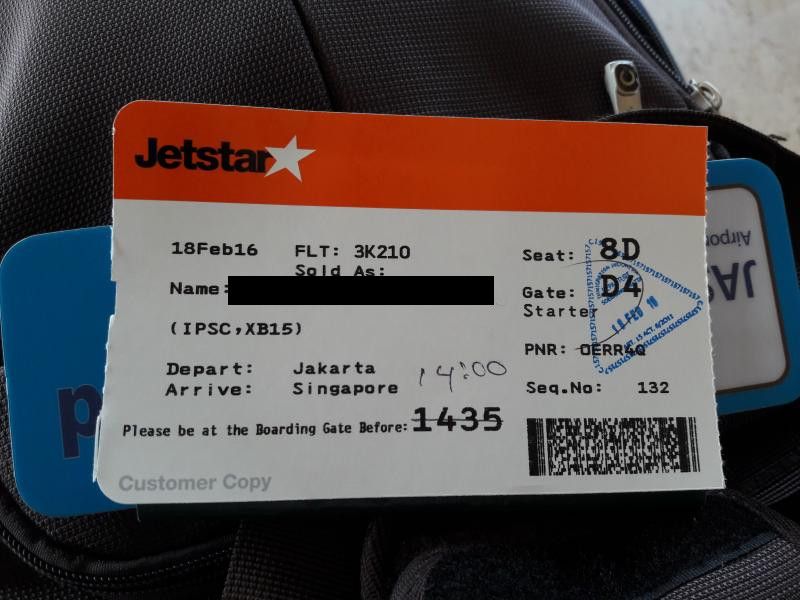 From the check-in counter, I proceed to the immigration counter and got my passport stamped. On the way to the boarding gate, there was an Airbus A330 of Oman Air seen outside the window. 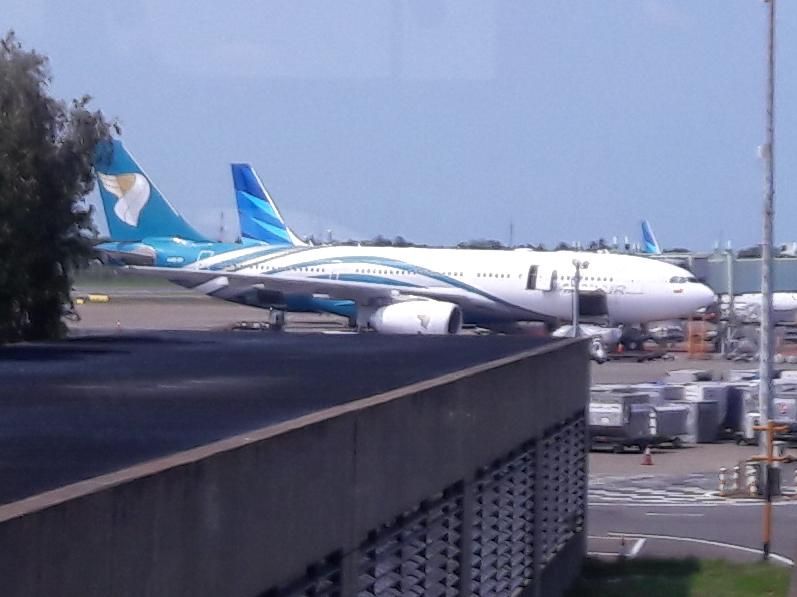 Our gate was D4. used jointly by Jetstar, Mihin Lanka, and Malaysian Airlines. 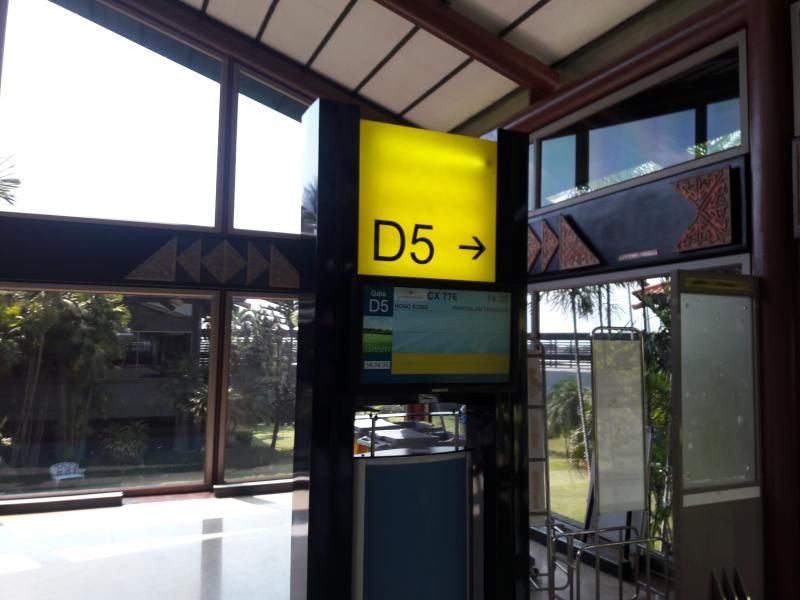 At the right side of D4 was gate D5. An Airbus A330 of Cathay Pacific had been ready for its departure to Hong Kong from the gate. 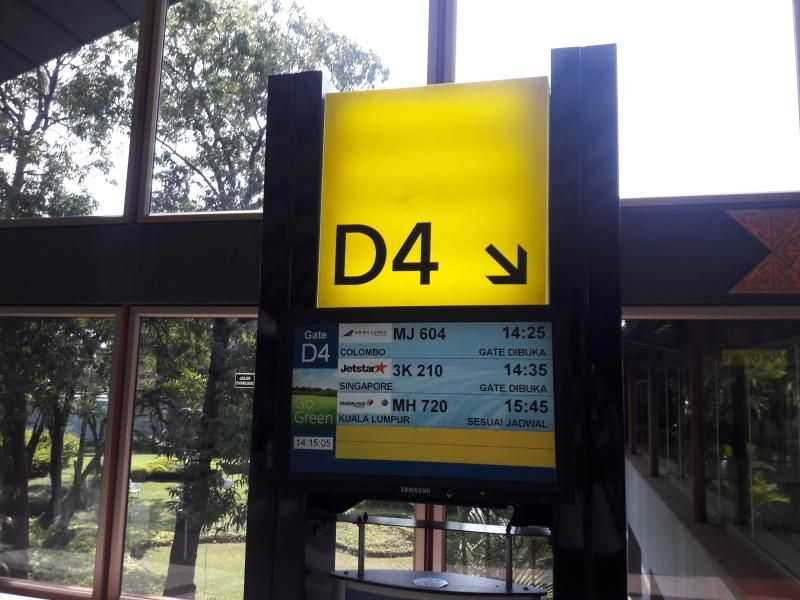 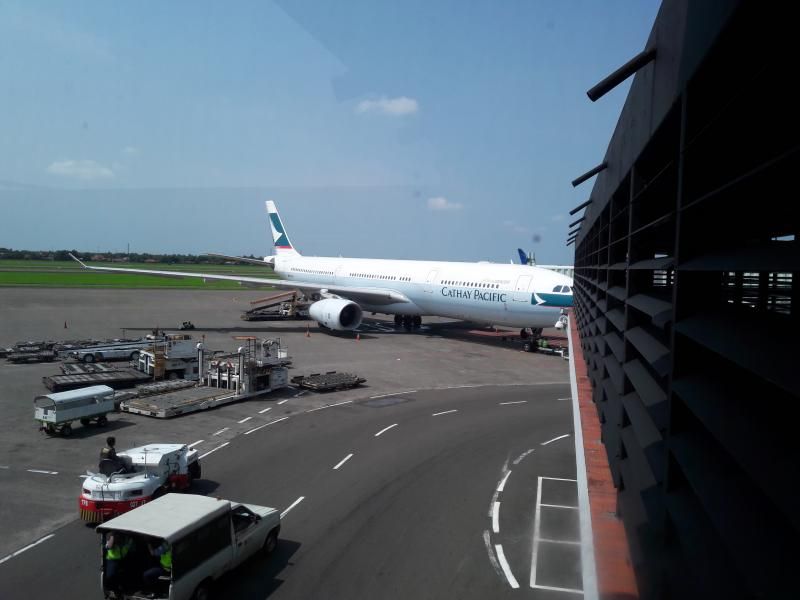 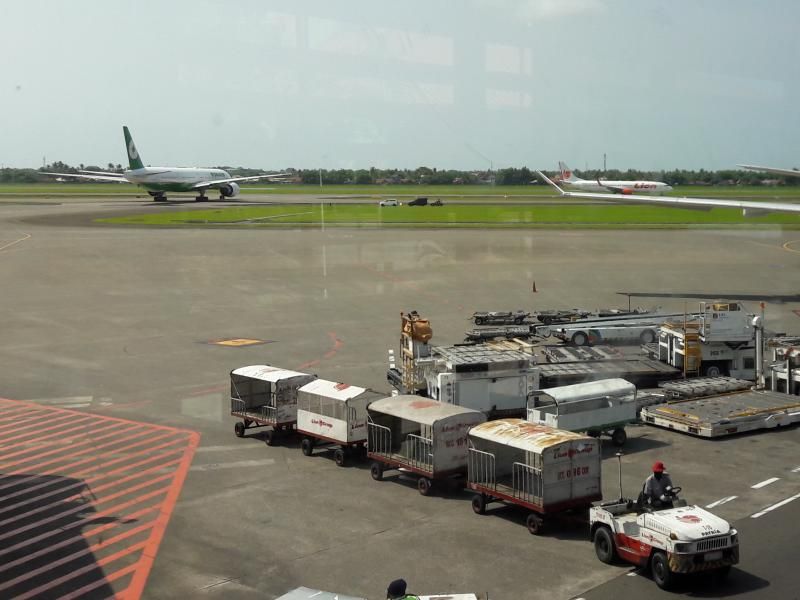 Around 20 minutes before boarding, the Jetstar carrying me to Singapore arrived. Unfortunately, I don't remember the registration code until today. 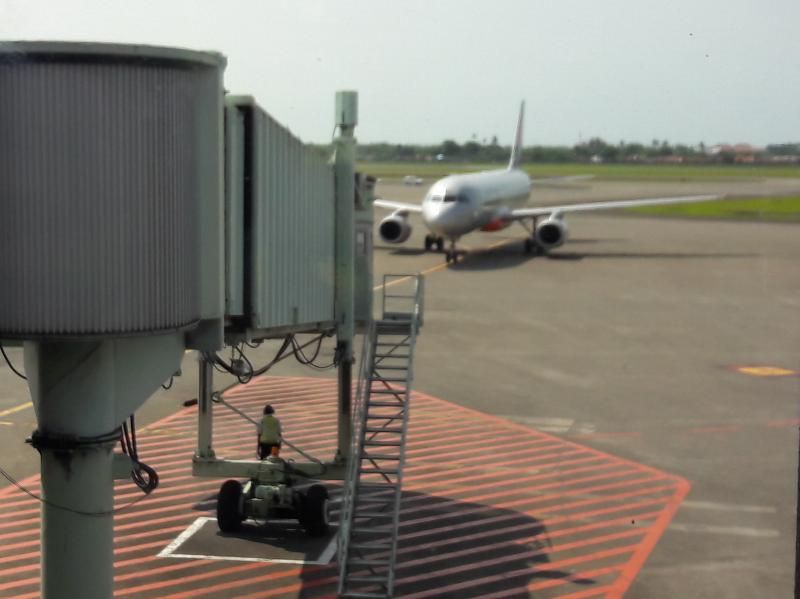 There was also Lion Air 747 seen outside. That was a "rare" aircraft. That aircraft carried my father, mother, and grandmother from jakarta to Medan at November 2015. 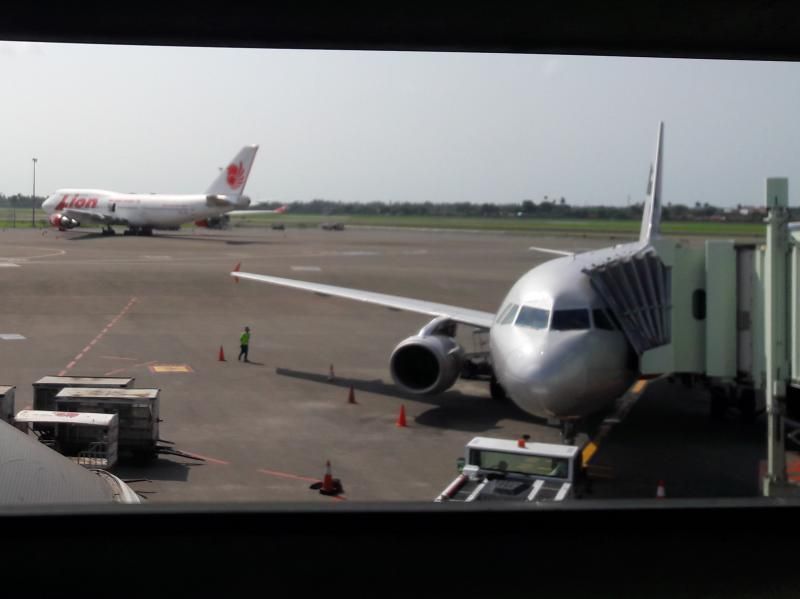 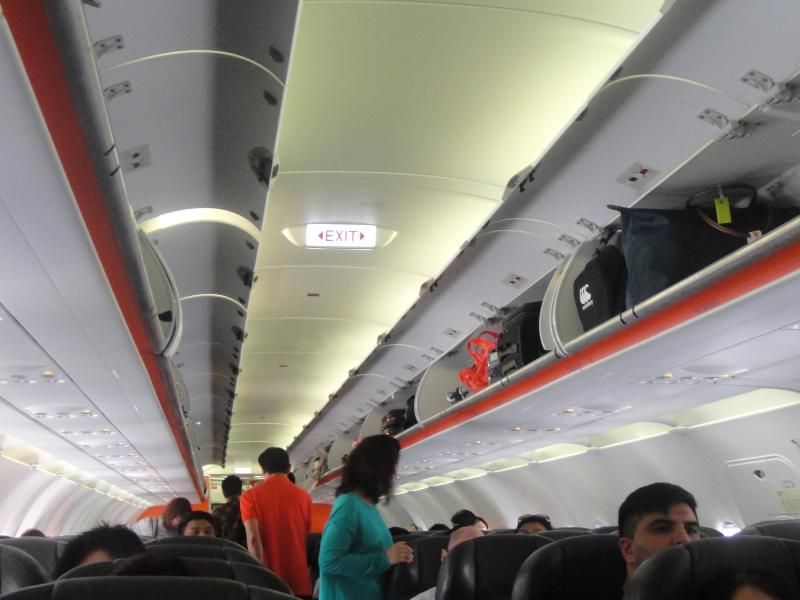 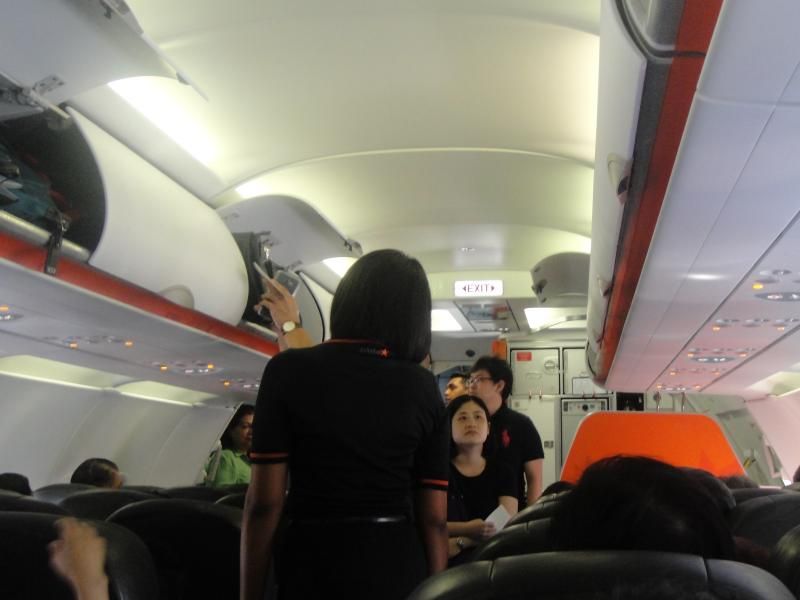 As usual, we had to queue before take-off due to air traffic condition. Finally the Jetstar flew to the sky smoothly at around 14.50 (Jakarta time, UTC+7), without any turbulences. Then the seat belt sign was turned off and we could move freely. First thing to do was checking the safety card and magazines. 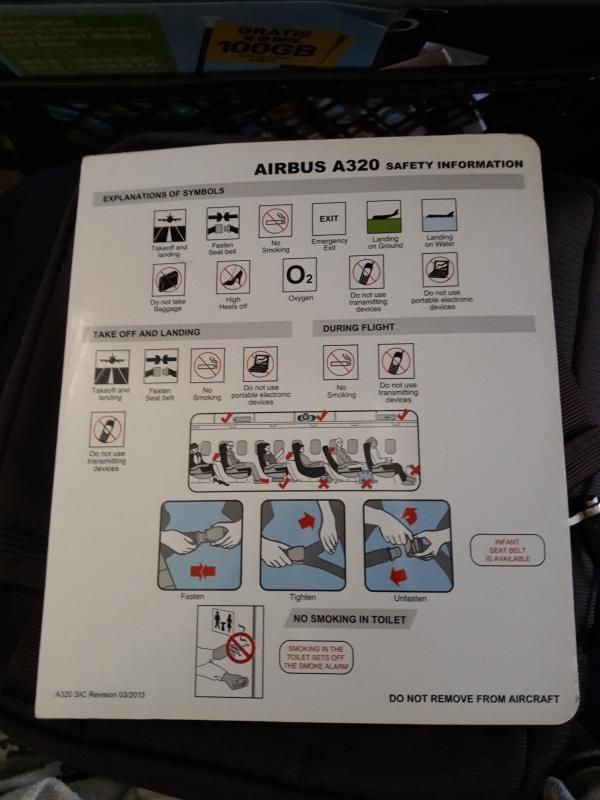 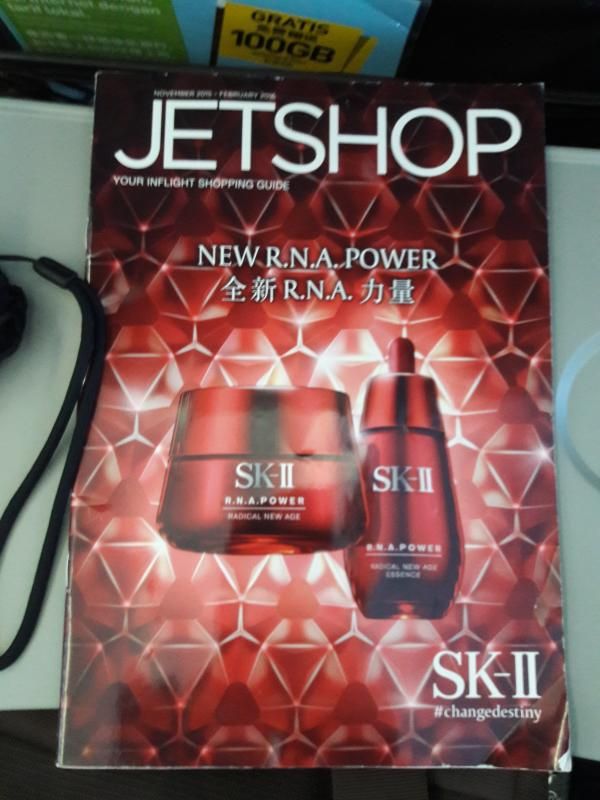 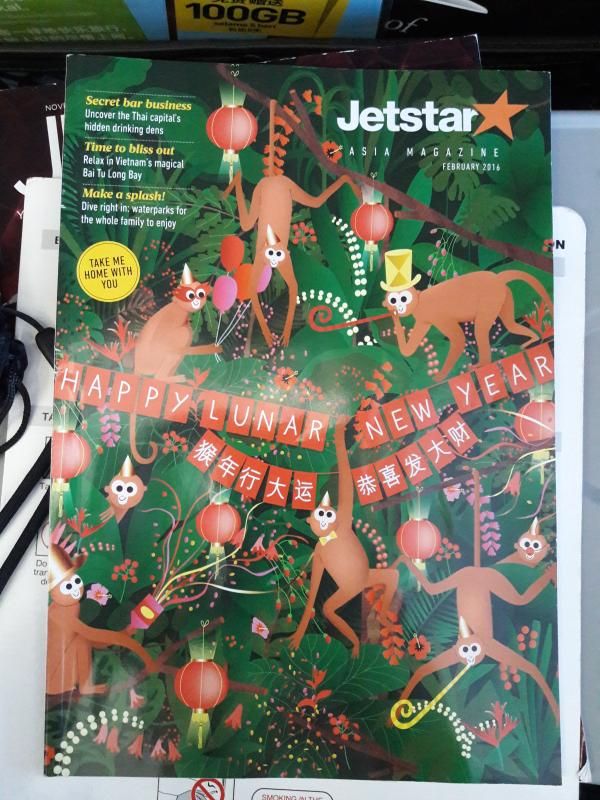 Food catalogue. Personally for me it was very expensive, 2 times more expensive compared to AirAsia. 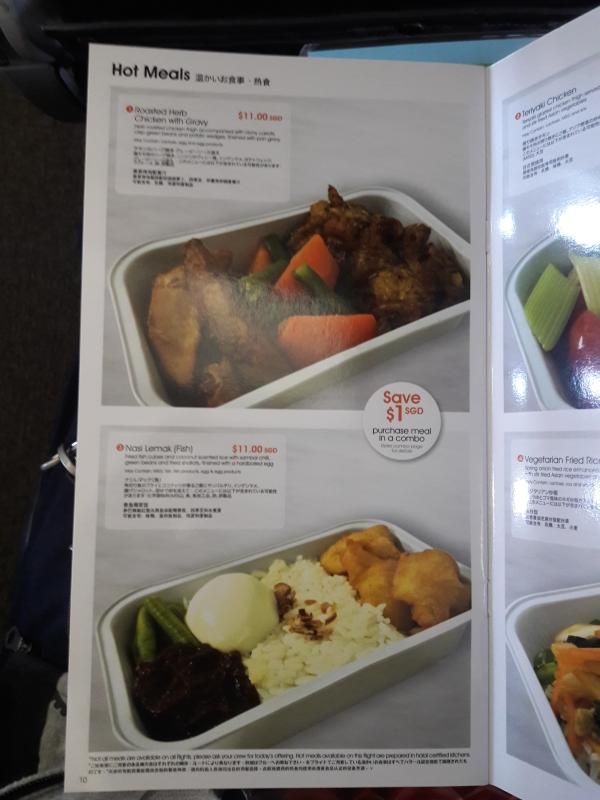 We could also buy Starhub SIM card on board at only SGD 15 + a hot beverage. 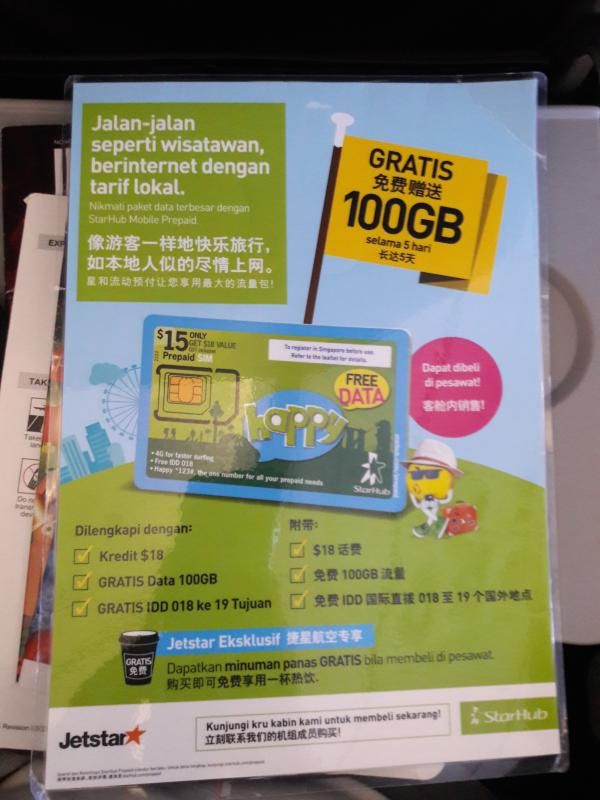 How about the lavatory? It was very clean and useful. 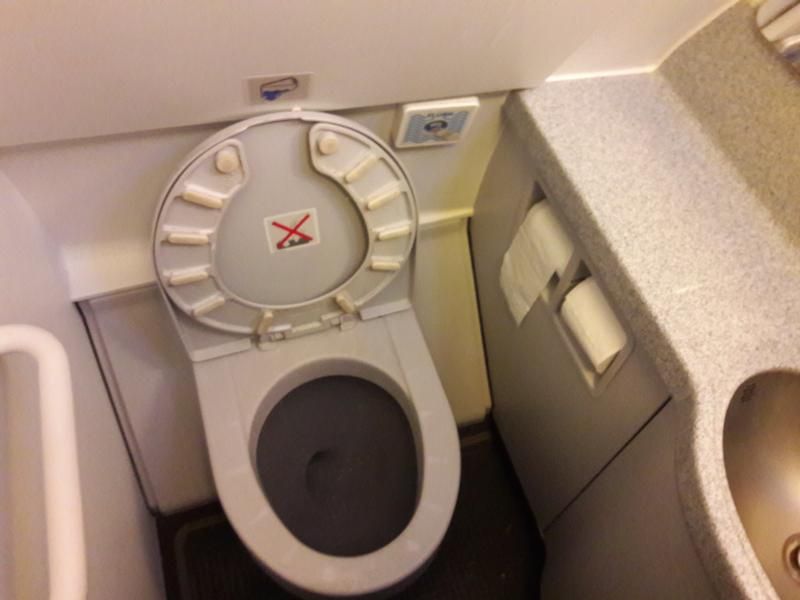 Since no IFEs, I decided to spend my time on board with my cellphone, watching some videos. At 17.30 (Singapore time, UTC+8) finally the Jetstar landed safely and smoothly at Changi Airport. Cabin crews standed before the door, saying "Thank You" to me and other passengers warmly. Personally I liked the Japanese stewardess, she was very beautiful. Hahaha.

Unfortunately, I could only take this picture of the fleet at Changi Airport. 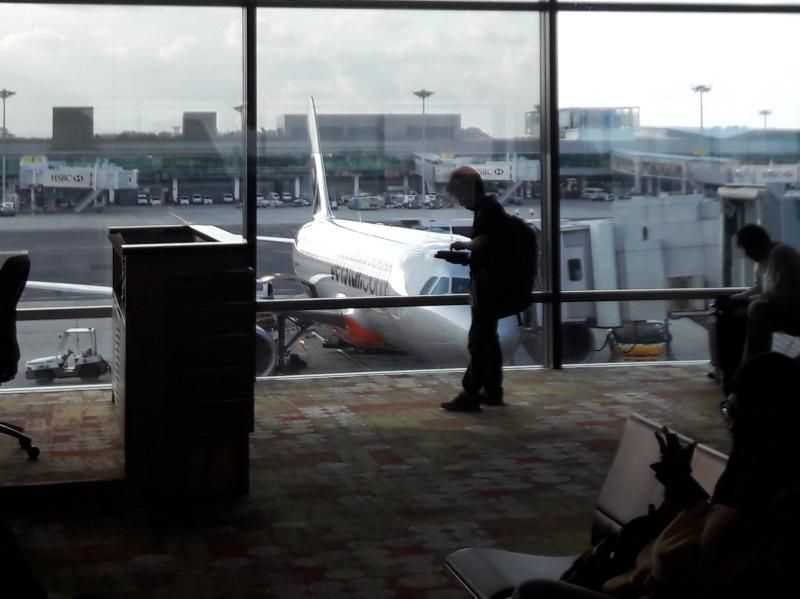 At the terminal building, I requested the Wi-fi password at the information counter. I needed Wi-fi to inform my family at home that I had arrived safely. Then I proceed to immigration counter and there was a long queue. During the queue, I could listen Chinese, Korean, Japanese, Indonesian, Spanish, French, Tamil, and other languages. Different nations, but one destination: Singapore.

Immigration business was completed, then I took my bag at the carousel. 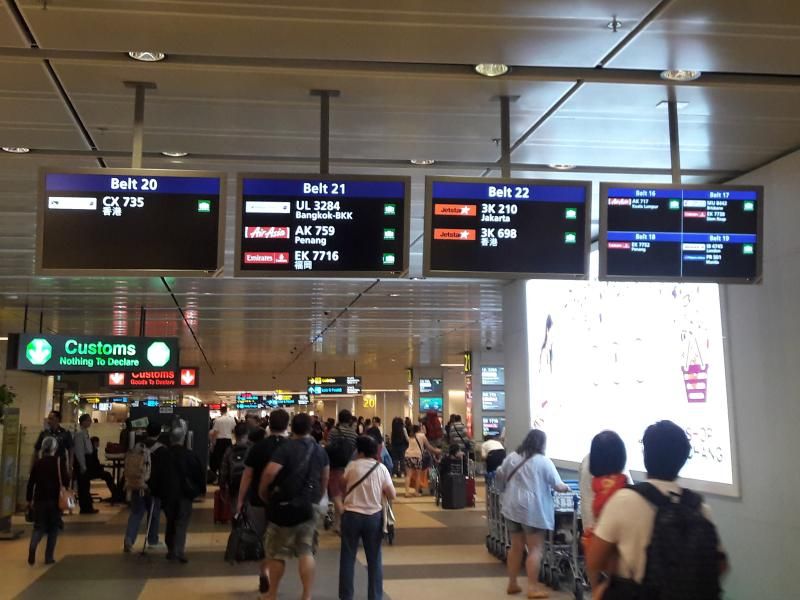 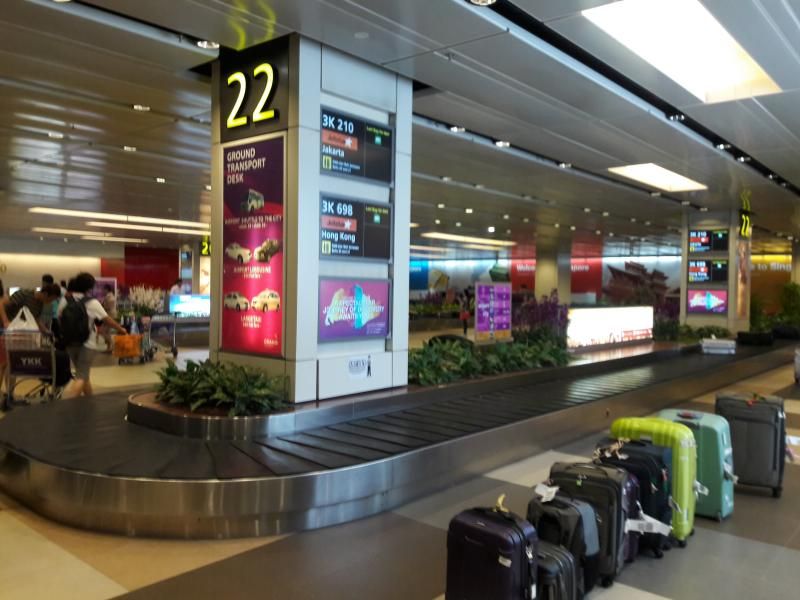 Before I left the airport, I had to see this interesting object. 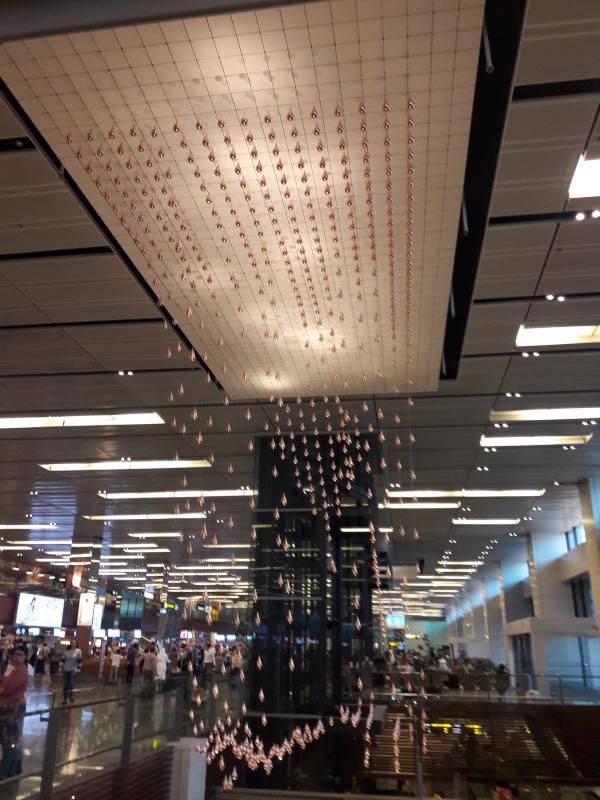 And these were check-in counters. 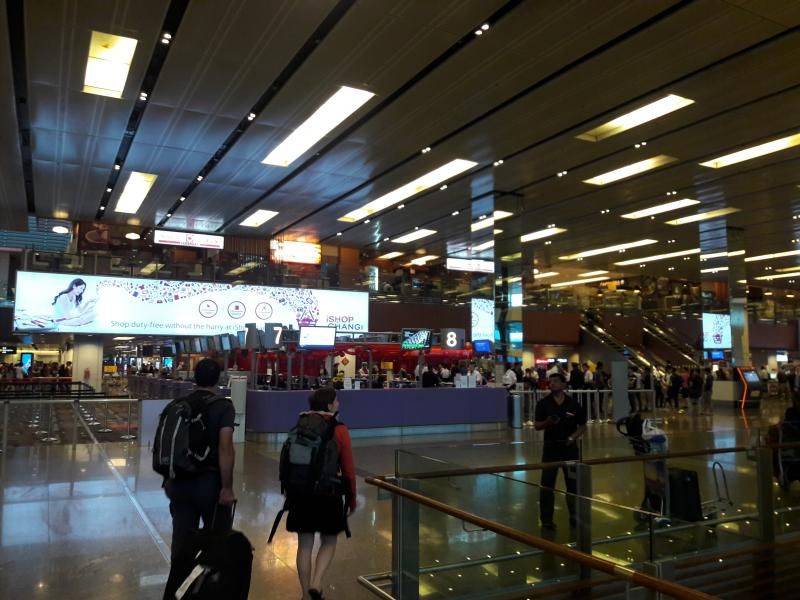 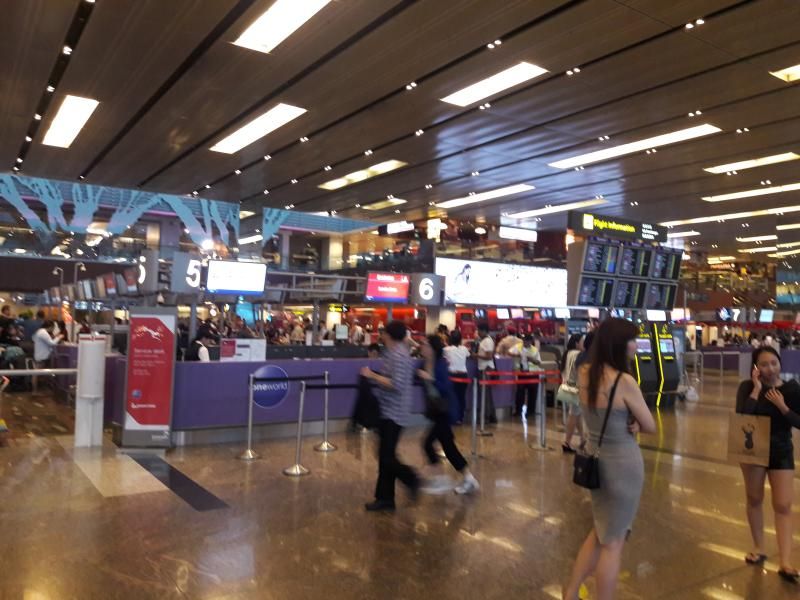 Finally I left the airport by MRT train to Bugis station, with a transit at Tanah Merah station. 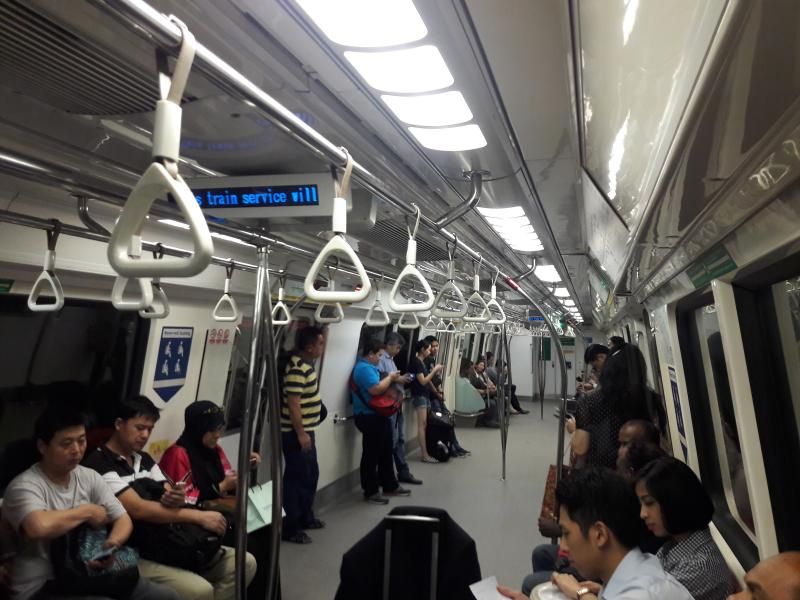 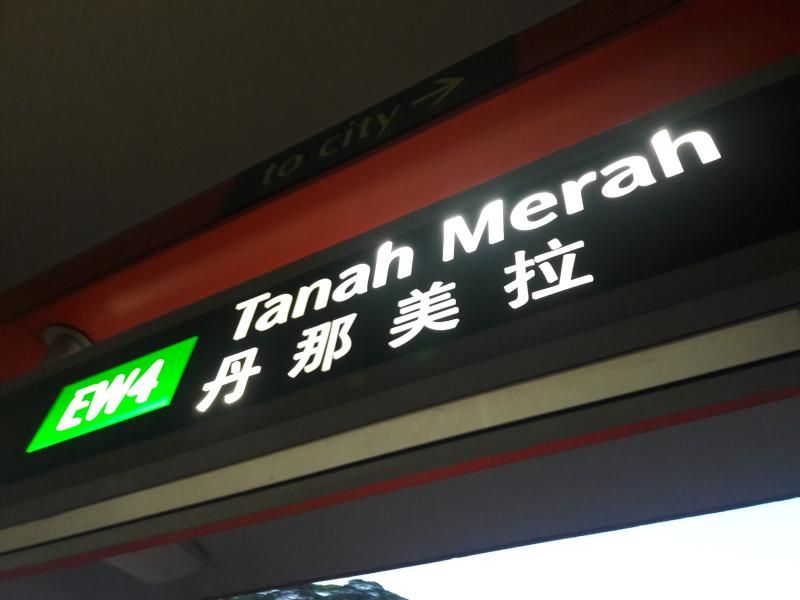 It was very interesting to have my first time experience with Jetstar Asia (Singapore), a subsidiary of Australian Jetstar (Jetstar itself is a subsidiary of Qantas, Australian flag carrier). And I still have a desire to board the carrier again someday. The aircraft was still "fresh" and very clean. The seat pitch was wide enough for my legs. Cabin crews were good-looking and very friendly. I don't have any comments about the food, since I didn't taste them. The food was very expensive for me (with SGD 10, I could buy a large portion of Indian briyani rice at the restaurant in front of Mustafa Centre Singapore). Departure and arrival was almost on time.

Thanks for reading. Any suggestions and feedbacks are welcomed.

He wrote 41 reviews about 16 airlines and 21 airports.