By aaqib67 1102
Published on 2nd October 2016
Flying to Bangalore via. Kochi for a coupe of days
Here's my 8th Trip Report (My 3rd on Flight-Report.com)

Finally Managed to Schedule a much needed break from work, this time it was India on the cards again and taken with open arms.
Initially Planed to visit Chennai and Bangalore to accompany a friend on business, however a last minute occurred due to the Floods in Chennai resulting in flights being cancelled, which led me to be re-booked on the flight to Kochi instead of Chennai.
Paid for a Mihin Lanka ticket but was re-scheduled to UL which was pretty cool

My Insane itinerary is as follows:

As always, I Checked-in online 24 hours before my flight, Headed off to Colombo- Bandaranaike International Airport and Dropped off my bag at the dedicated counter for Online Check in and "FlySmiles" Members, winch took less than 5 minutes since i was one of the first Passengers to drop off my bags since i wanted to get to the upper floor for some Plane Spotting, mainly to catch a glimpse of the Majestic Airbus A340-300's of Sri Lankan Airlines that were scheduled to be retired in a couple of months. 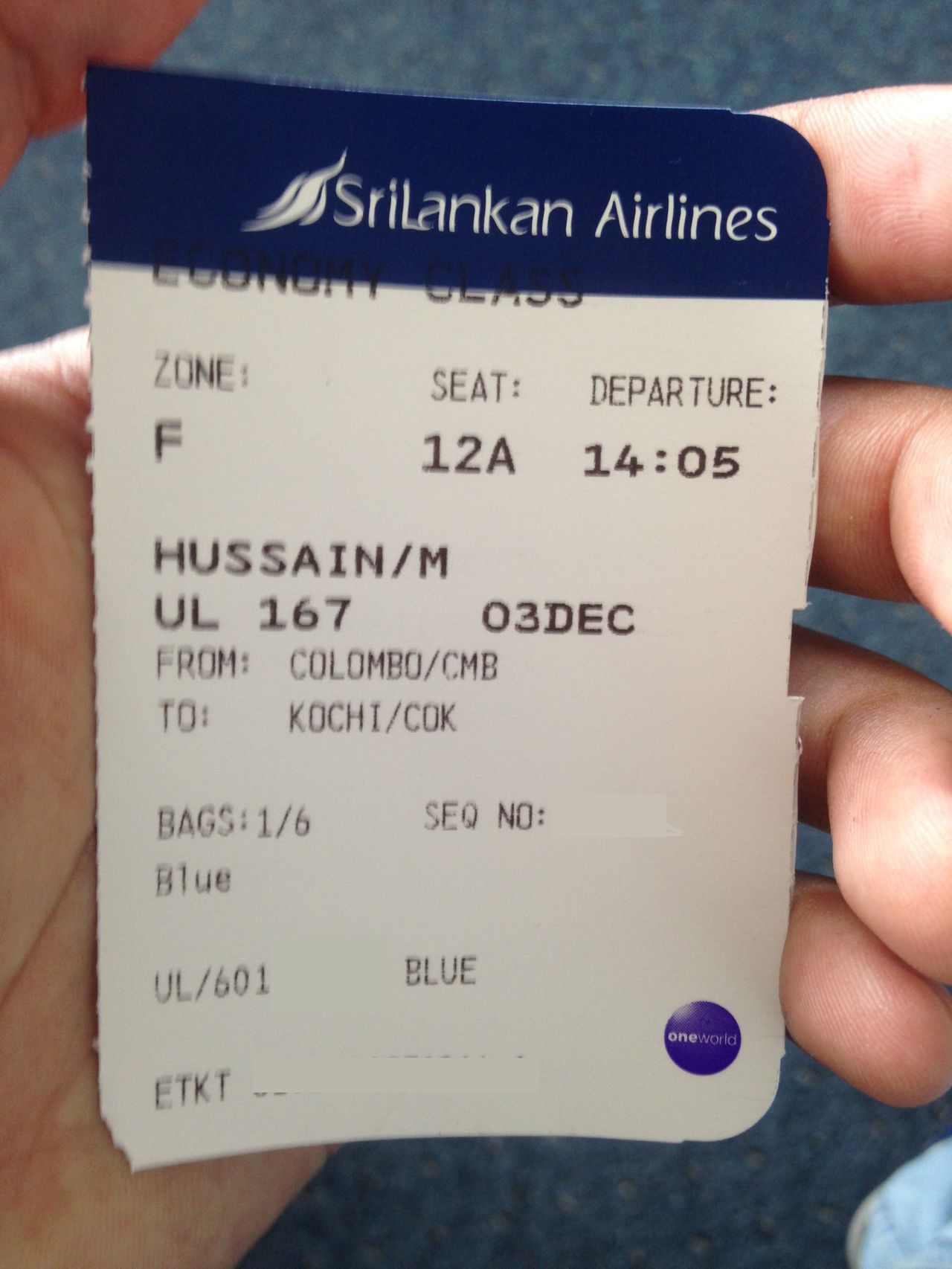 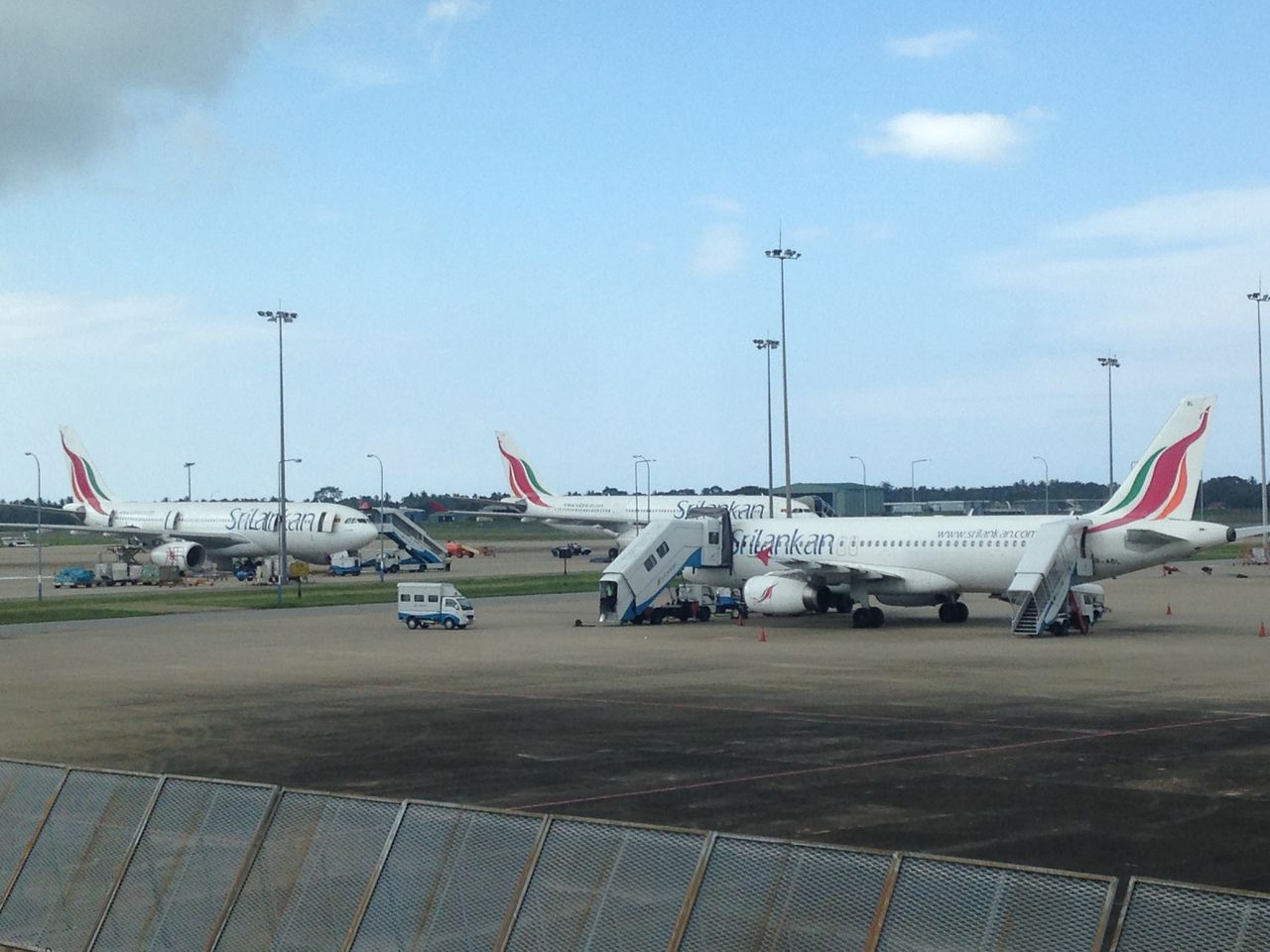 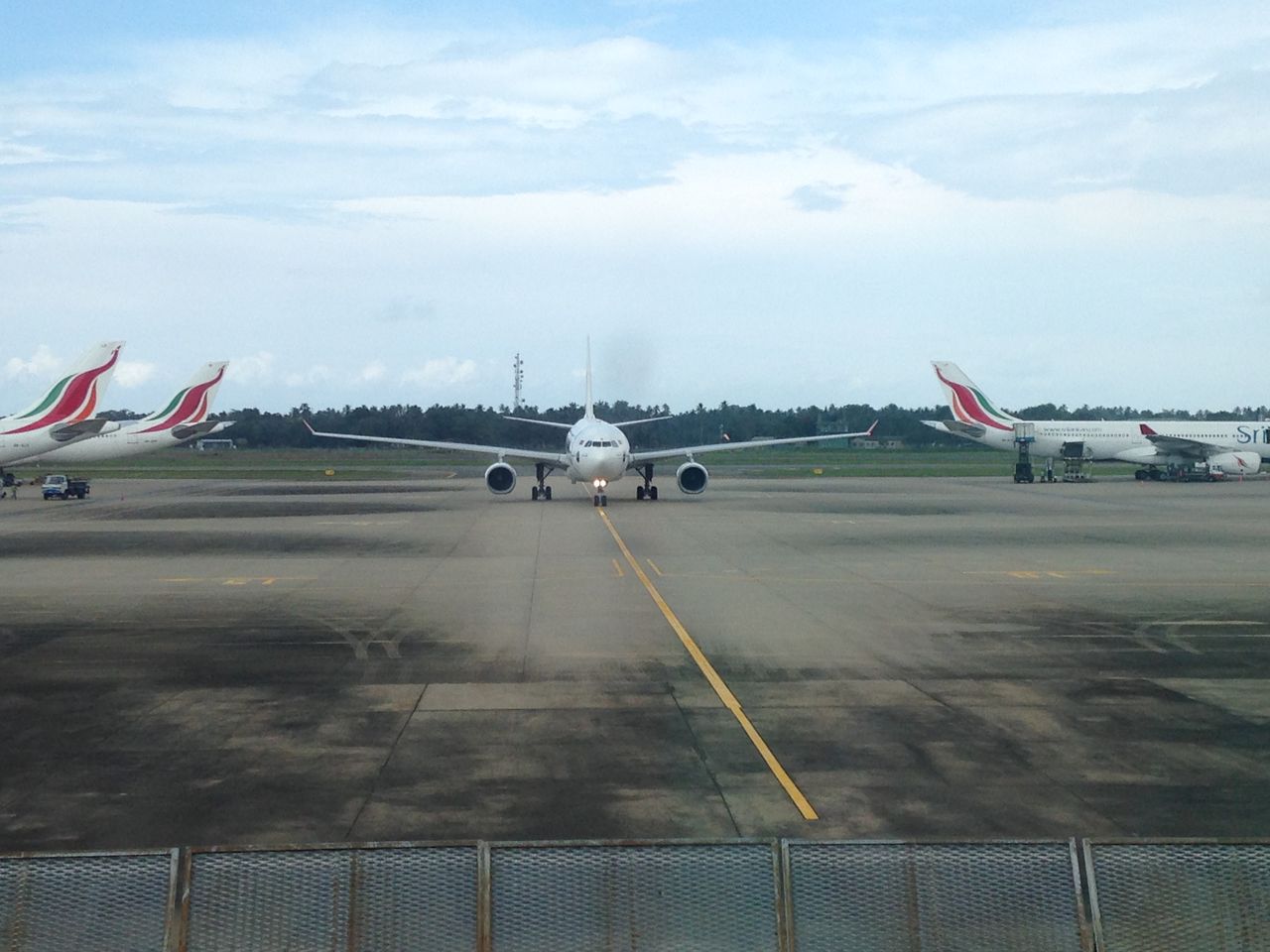 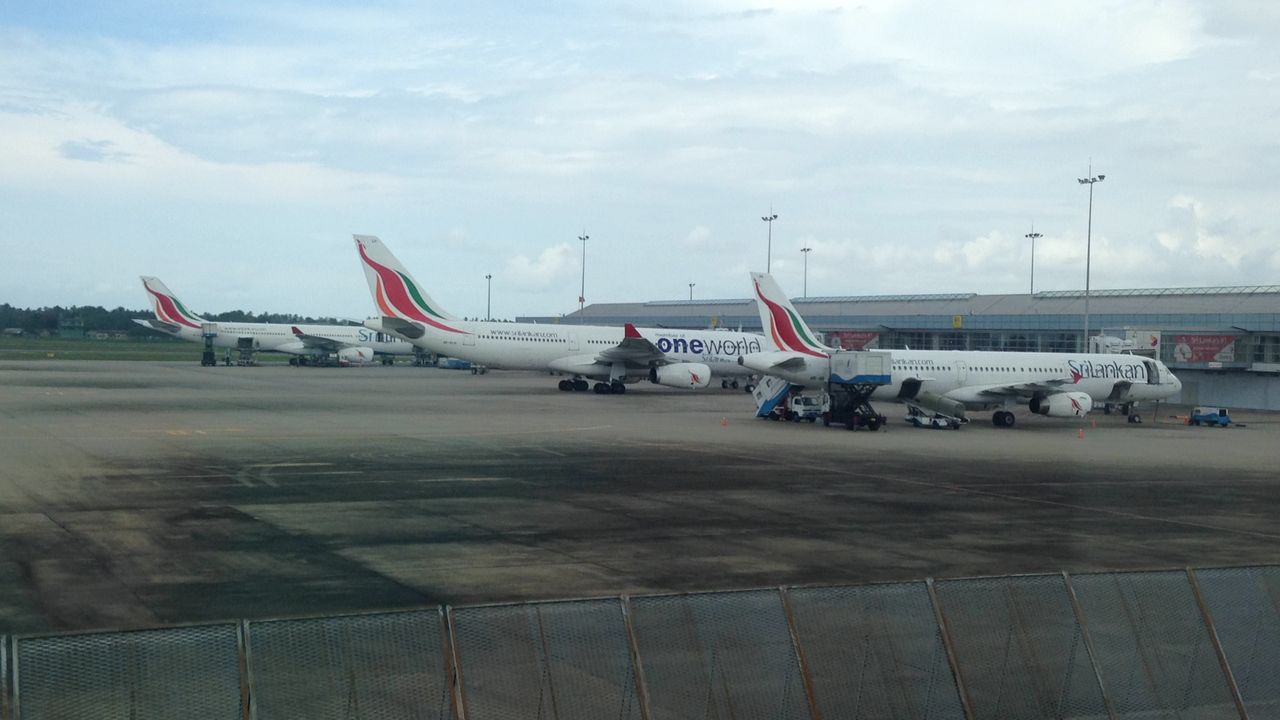 Aircraft
UL was operating its A320-200 on this sector today which was assigned to its second flight of the day to Cochin which was a little disappointing since I was expecting an A321 since they did so a couple of days before my flight.
However the aircraft assigned today was 4R-ABO (in OneWorld Livery) , that just flew in from Kunming (KMG)
Departure was on time with 4R-ABO being one of the newer narrow bodied Airbus A320's in UL's fleet. Equipped with IFE , a modernized cabin and really comfortable seats for such a short-haul flights with sufficient legroom and super comfort.

Trip Report 8
The crew
The crew where extremely hospitable, friendly and accommodating and greeted all of the passengers with the traditional welcome of "Ayubowan" and the signature SriLankan smile however they didn't make much of an appearance quite understandable due to the nature of the flight being Short-Haul and under an Hour and 15 Minutes.

Seat
The seats on 4R-ABO where absolutely beyond expectation, as I was expecting a basic seat with limited recline and add-on's, but was was extremely satisfied with a seat pitch of 29" which much more than expected .
Managed to Catch seat 12A ,one of the best seats on an A320-200 in my opinion, located right over the wing.
A Complimentary Pillow was provided along with a headset which was quite unexpected for a short-haul flight.
Well done UL!


Meal Service
A food and beverage run Began around 15 to 20 minutes after take-off with no options being available
The food being the worst part of the flight as the Rice and Mixed Vegetables served was bland and quite disappointing for a lunch meal on a full-service airline which was followed with the usual tea or coffee option and Semolina pudding for dessert which tasted pretty good! 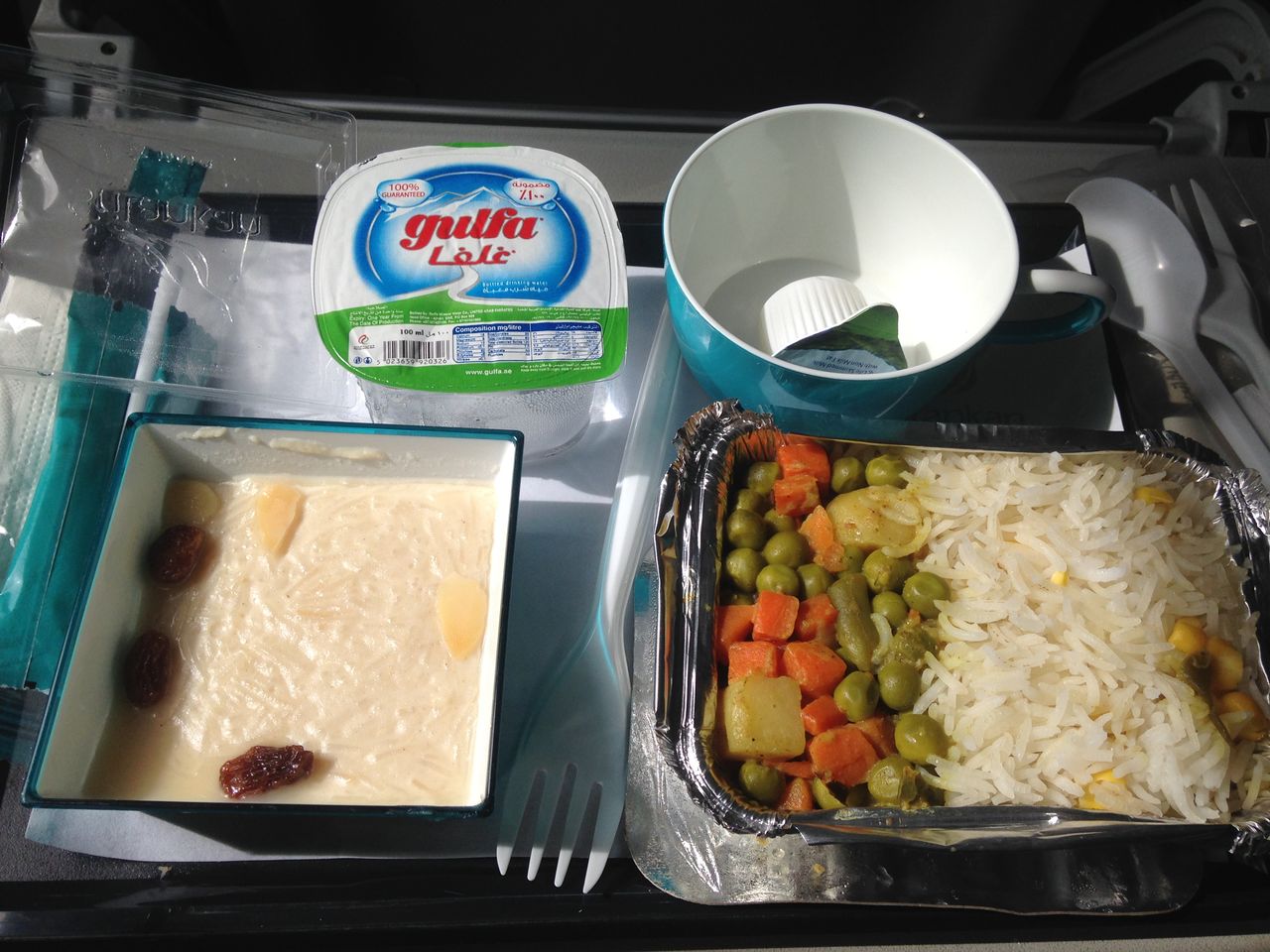 The IFE System was smooth and very responsive with a decent selection of Music, Movies and Games sufficient for a medium haul flight
Was more obsessed with the GPS Maps rather than anything else on the IFE System 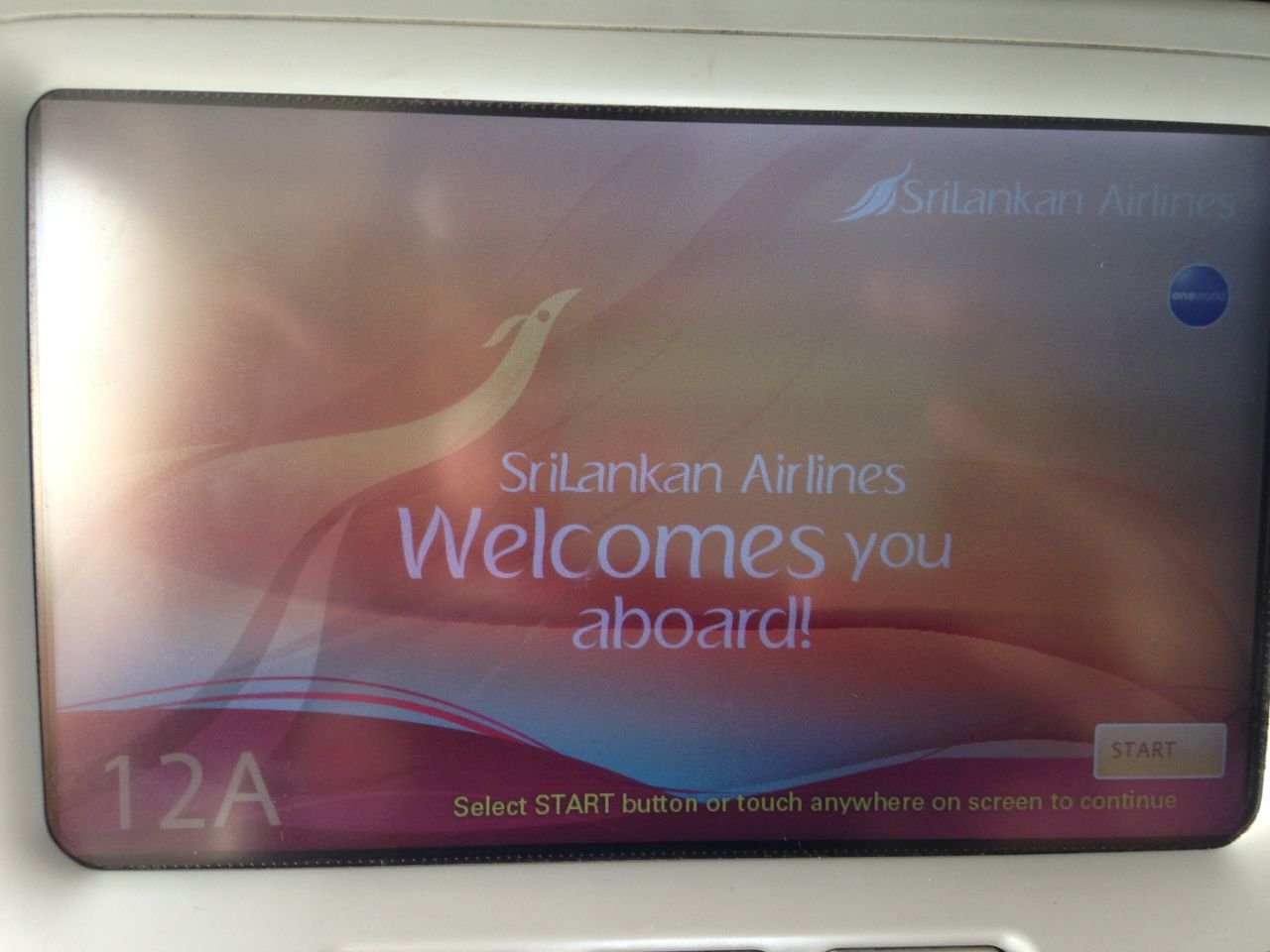 Landing into Cochin was smooth and on-time. 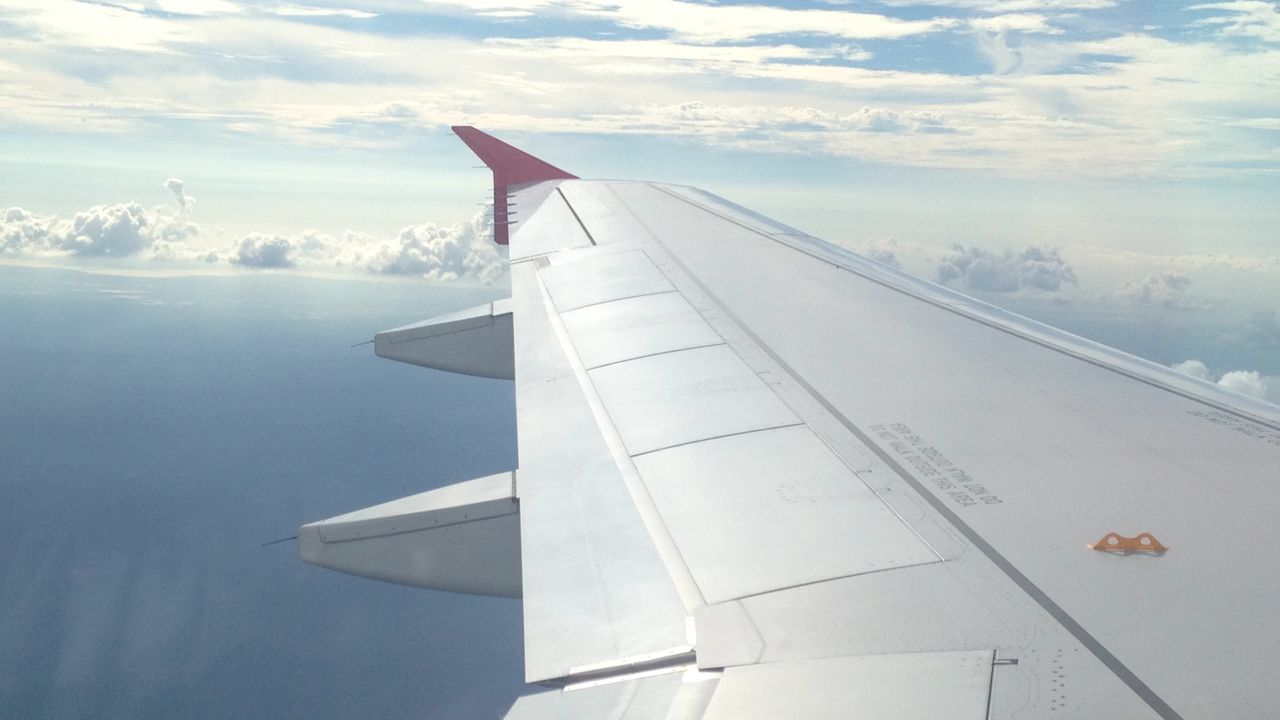 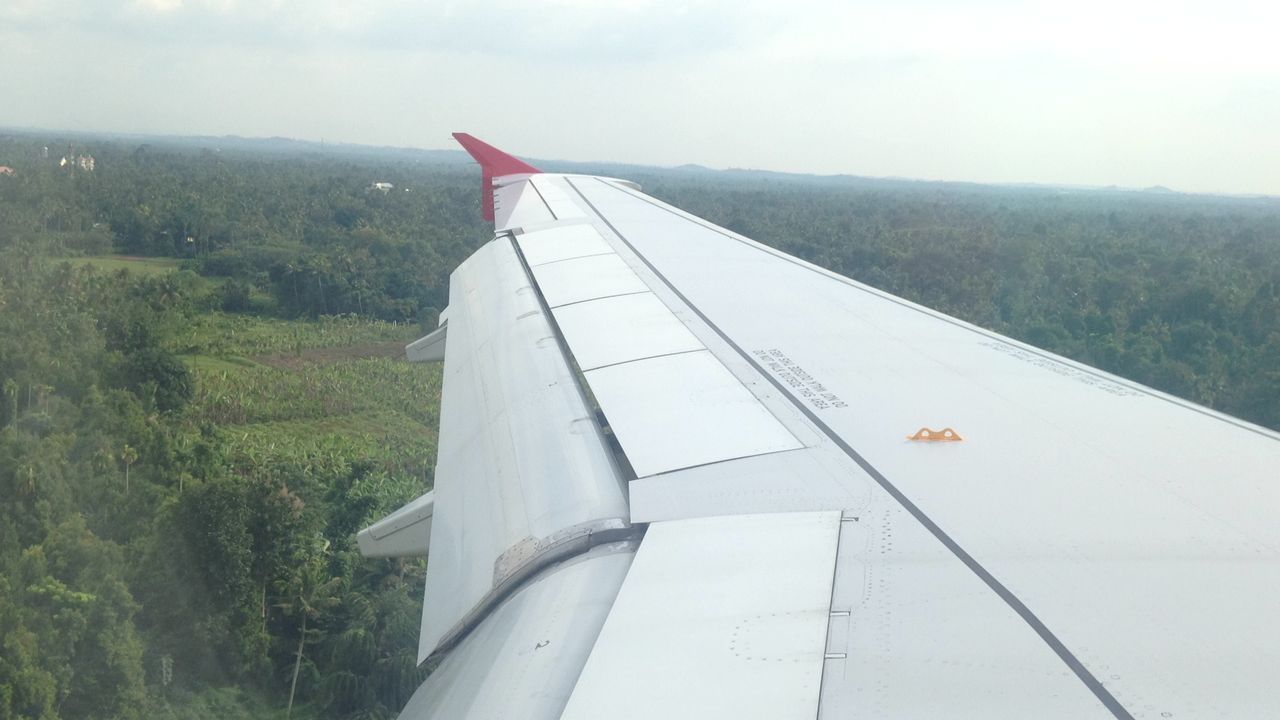 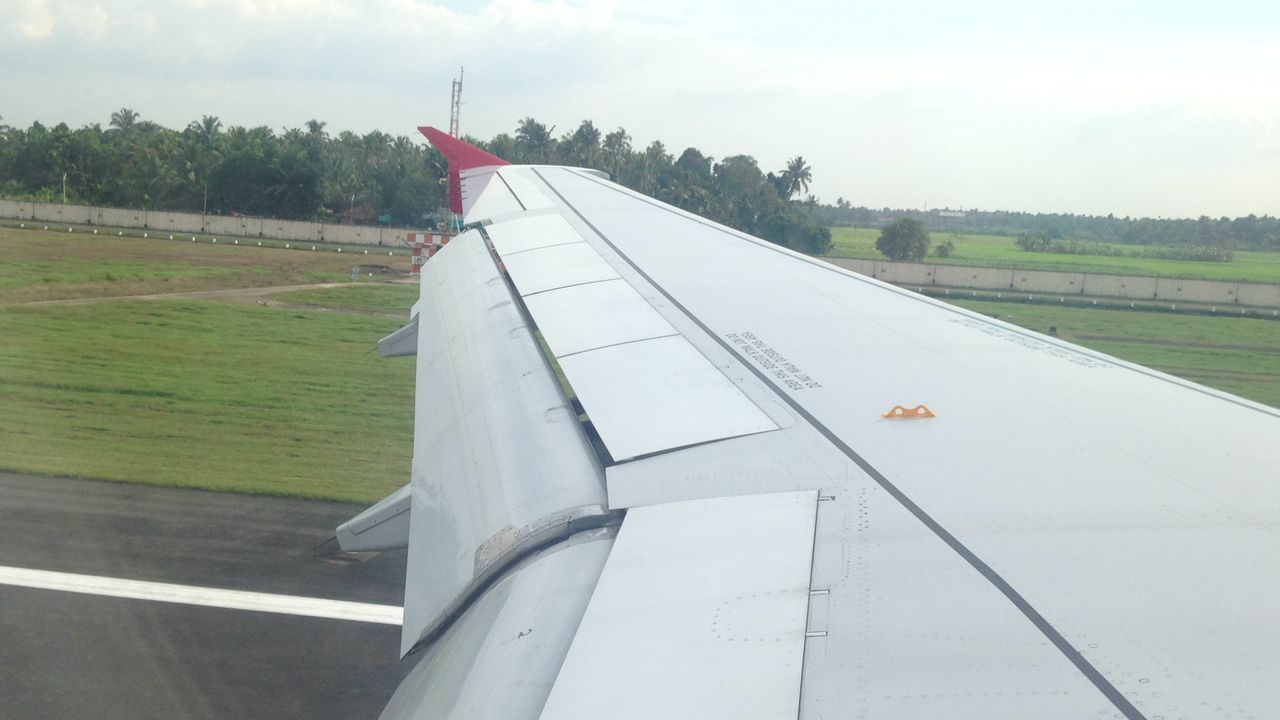 Parking adjacent to "Velha Goa" one of the Few Boeing 747-400's of Air India and a Saudia Airbus A330-300 getting ready to depart to Jeddah with Umrah Pilgrims. 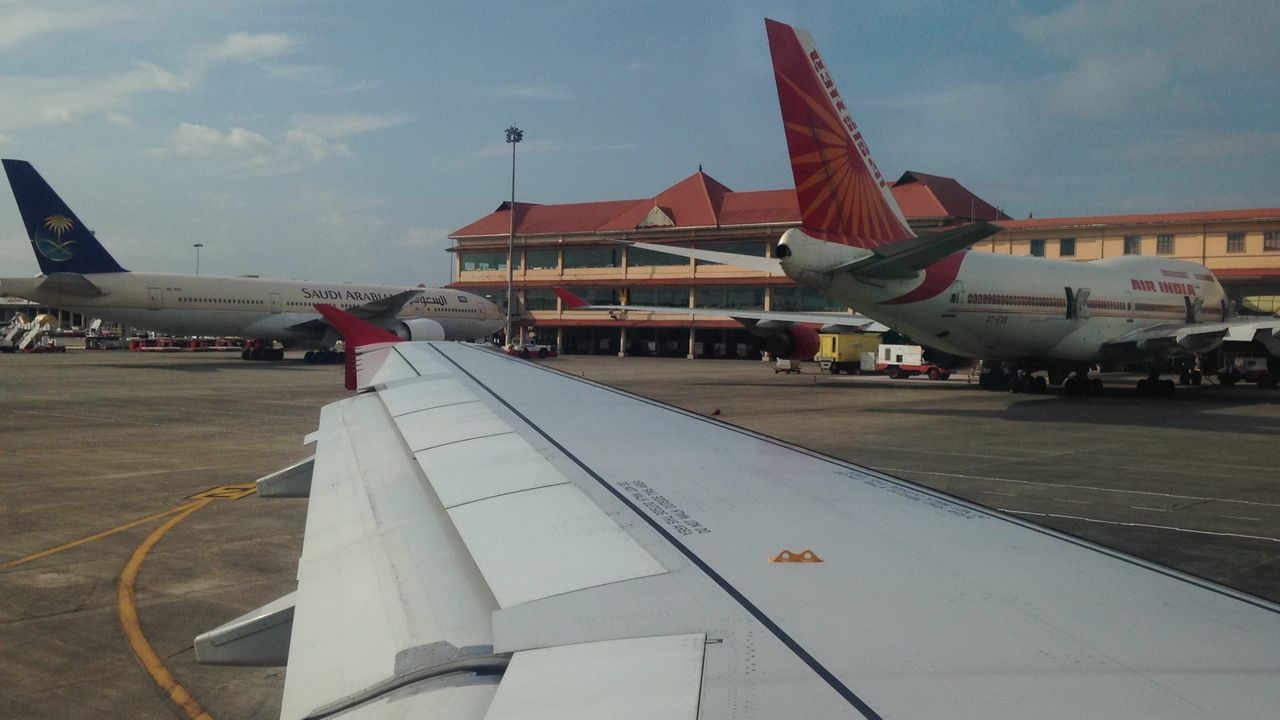 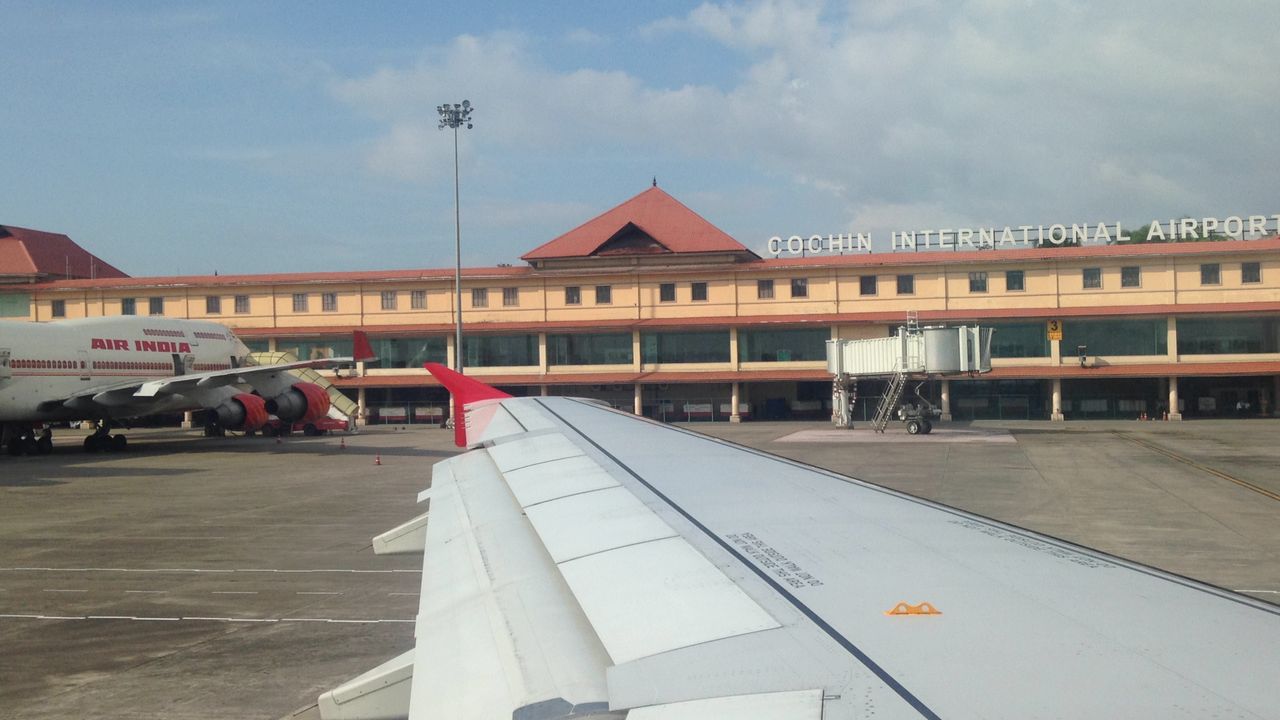 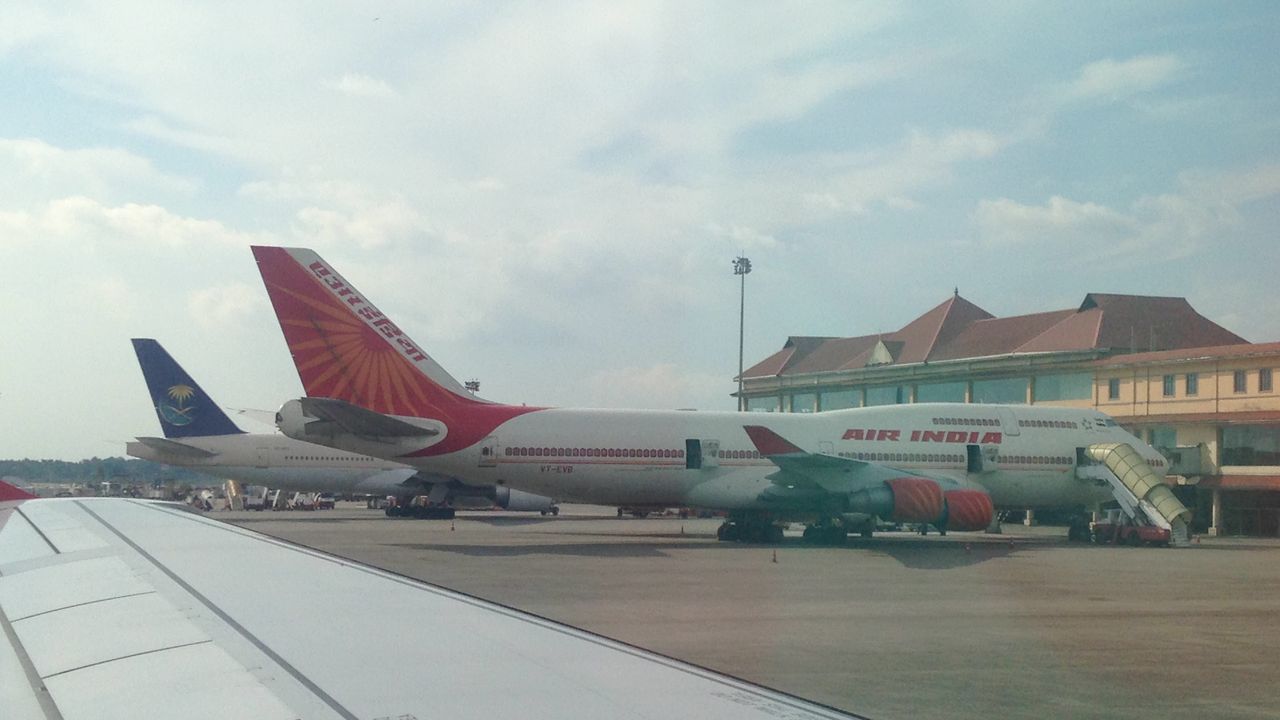 Hats off to the ground crew in Cochin who ensured that baggage claim was baggage claim and navigation through the airport a breeze
(I managed get my bags out and make it through immigration within an hour and a half,awaiting a long layover for my Connection to BLR)

Over all, This being one of my better flights on Sri Lankan Airlines and was definitely beyond expectation.
Lets hope they continue improving Short Haul sectors in the near future as this is indeed a Cash Cow with nearly 90% capacity daily.