By aaqib67 971
Published on 11th October 2016
Flying from Bangalore to Kochi to catch my onward flight back to Colombo after quite an eventful couple of days in Karnataka.

Here's my 10th Trip Report (My 5th on Flight-Report.com)

Booking of flights where unbelievably tough due to the floods in Chennai resulting in a surge in demand for Cochin,Bangalore and other destinations in Kerala. Fares sky-rocketed up to INR 7000/- for just a one way flight and that too since it was a last-minute booking which AirAsia India offered the lowest in comparison to the other fares available.
This was my last Option to get to Bangalore on that day to coincide with my flight back to Colombo from Kochi.
Priced at INR 7000/- just for a one way ticket was quite exorbitant but I was compelled to take it.
Wanted to try out IndiGo or Air India but to my bad luck they where priced significantly more than Air Asia India

Guess I'd be flying with I5 again!

Upon reaching Bangalore Airport even before the flight details were put up on the boards, spent some time taking in the surroundings of one of India's most Modernized Airports. A lot had changed since 2008 and in my brief stint a couple of days ago, fatigued and hungry I did not bother looking around much but since I had time to kill I made best use of it this time round.


Back to Gate 1 for some spotting! 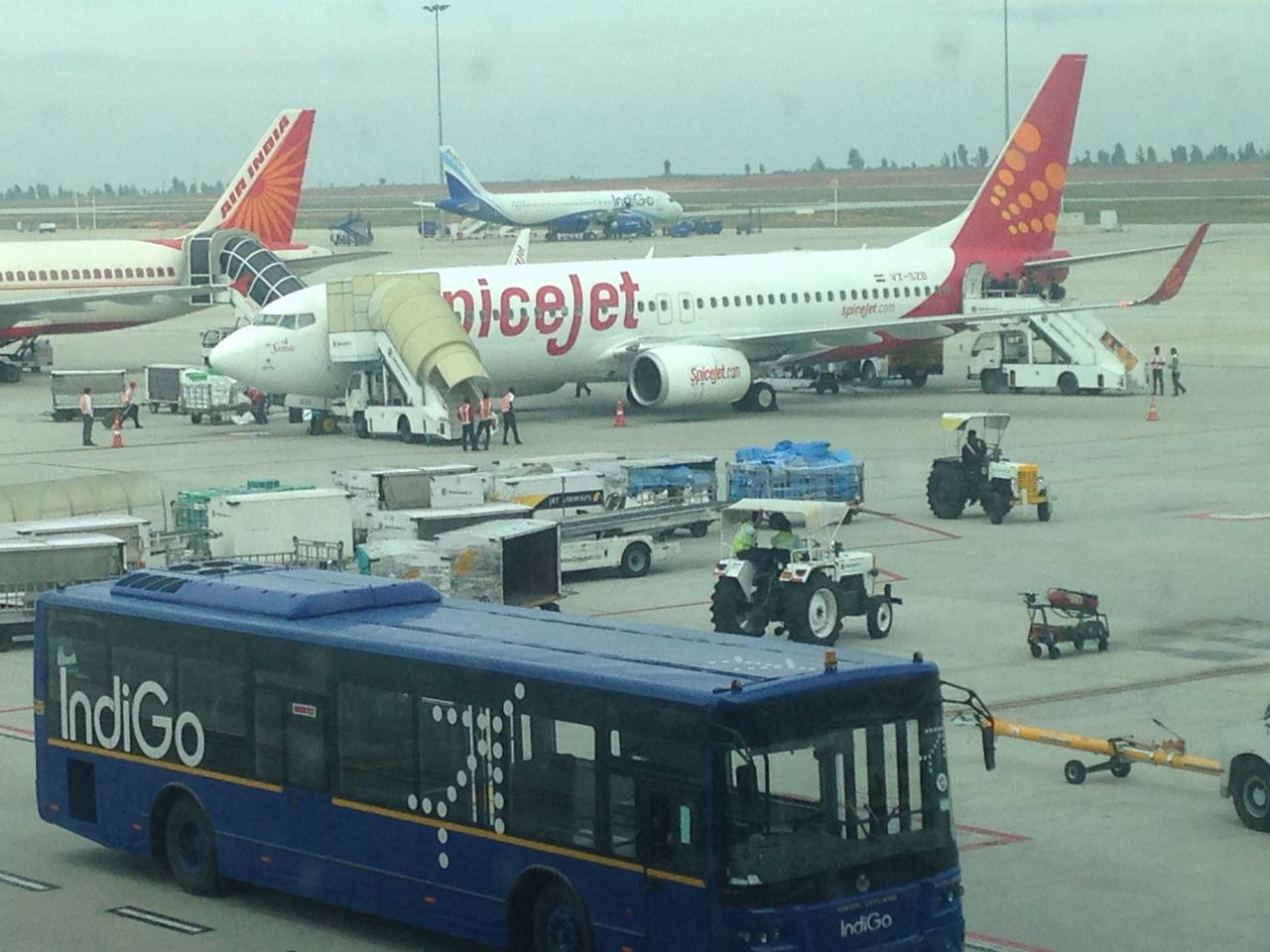 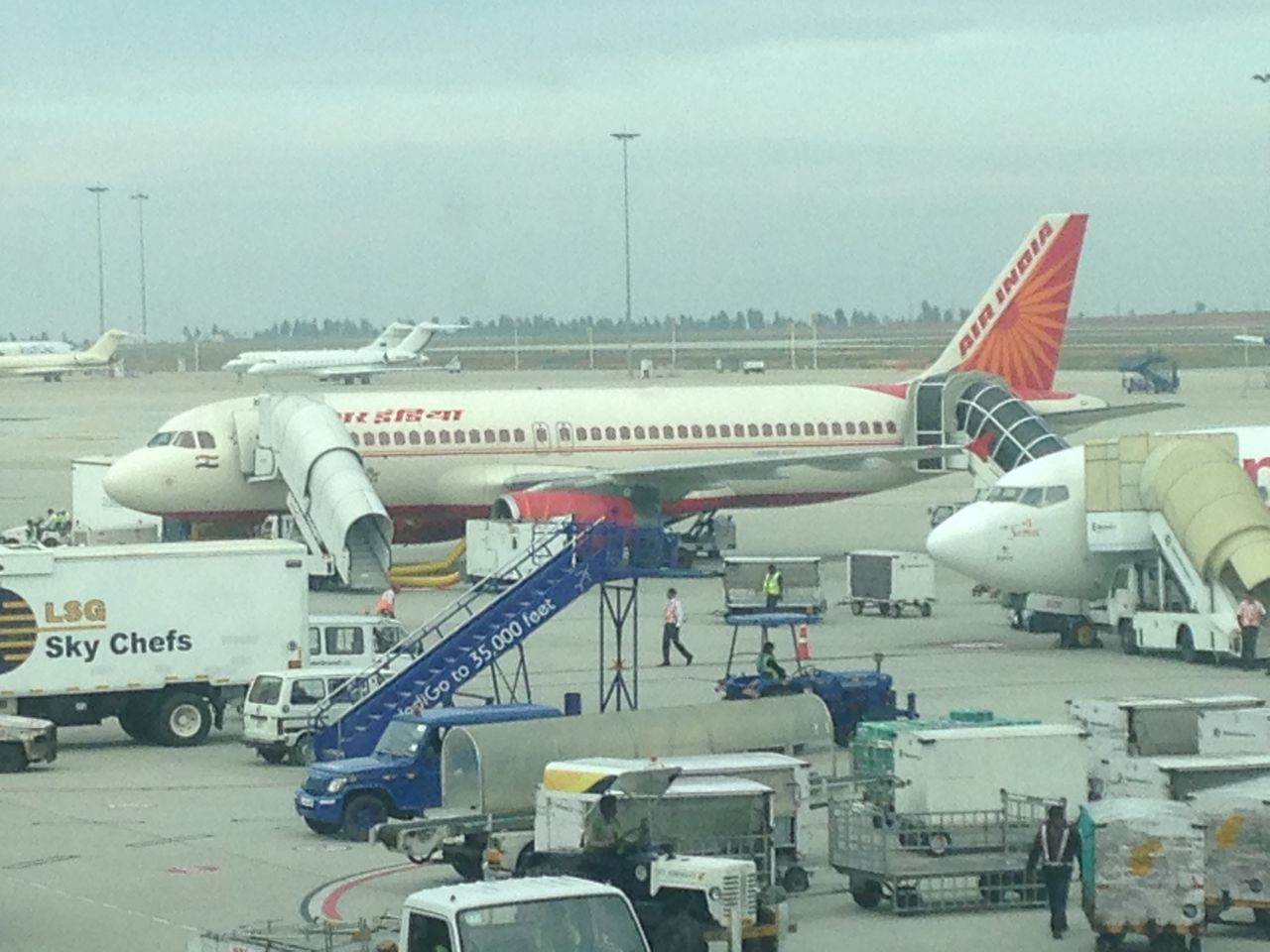 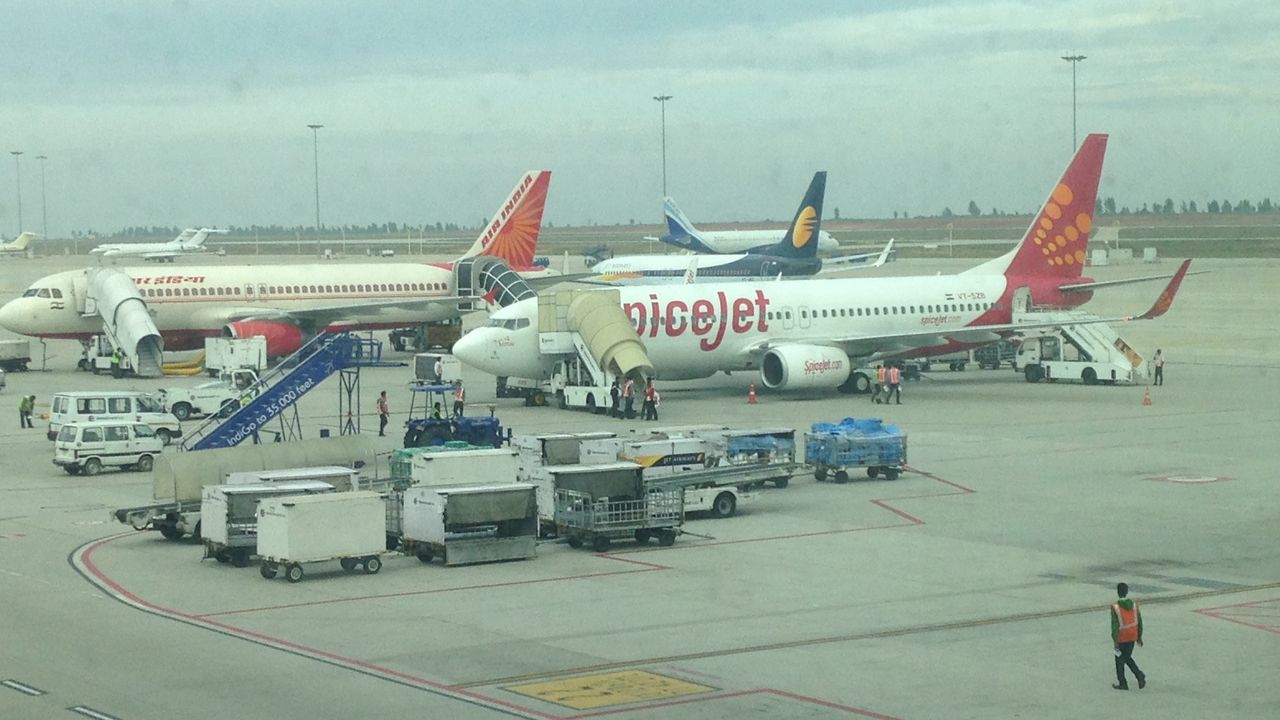 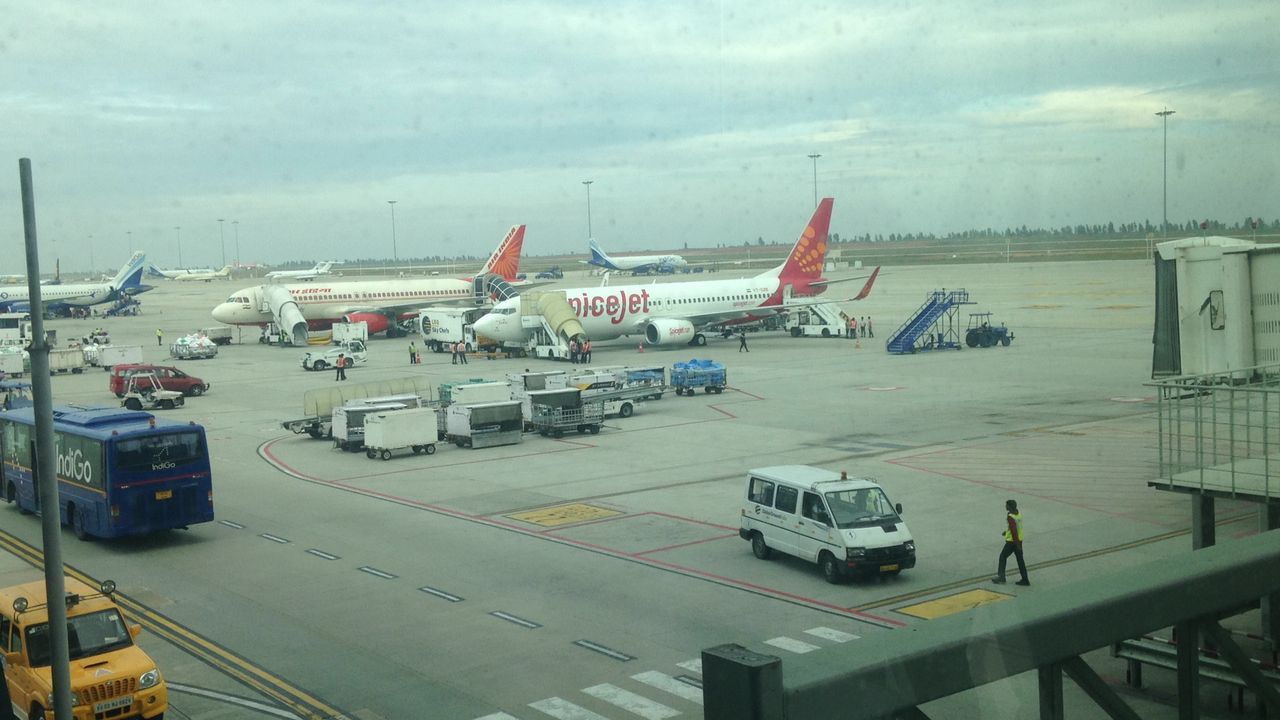 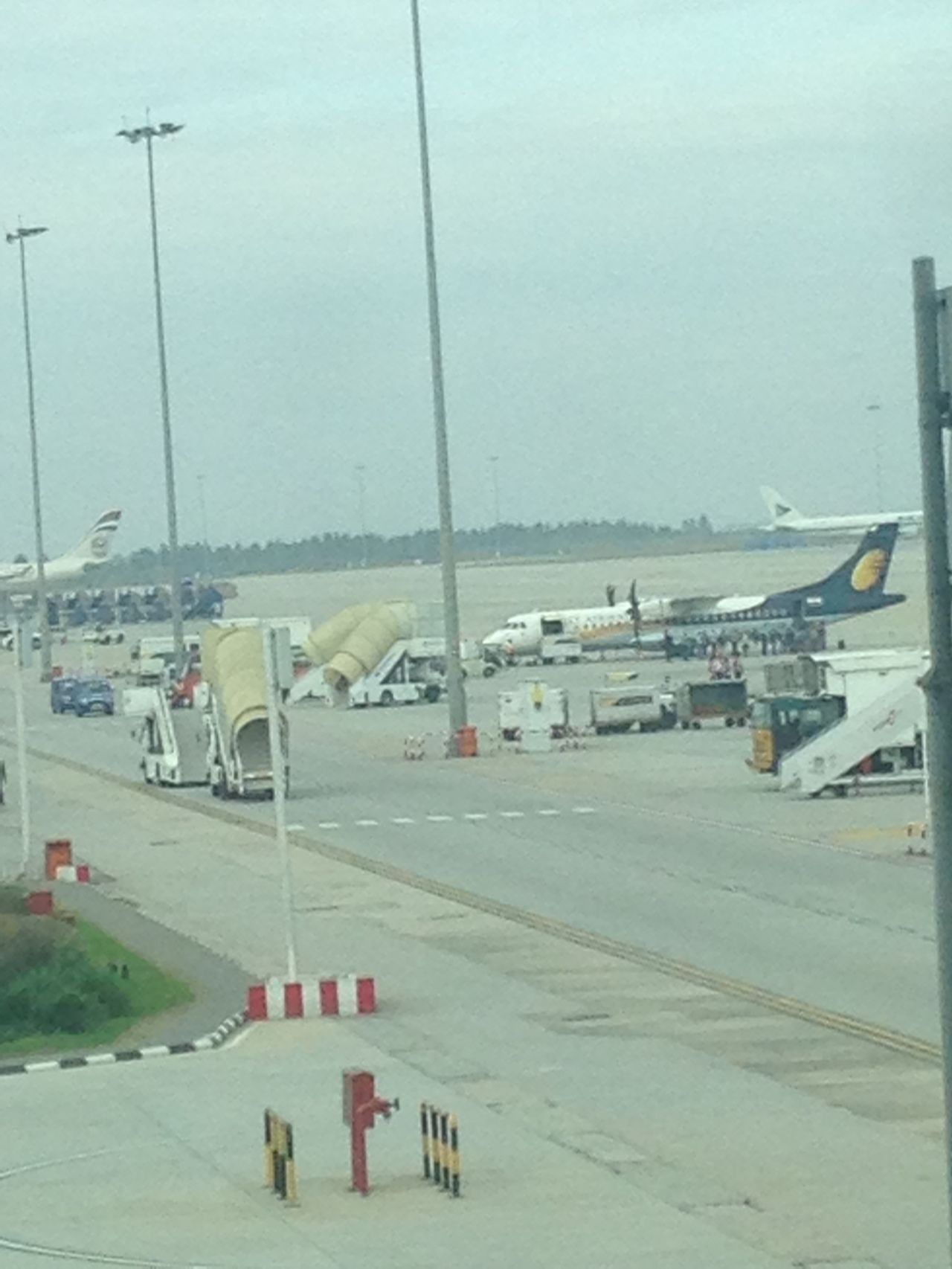 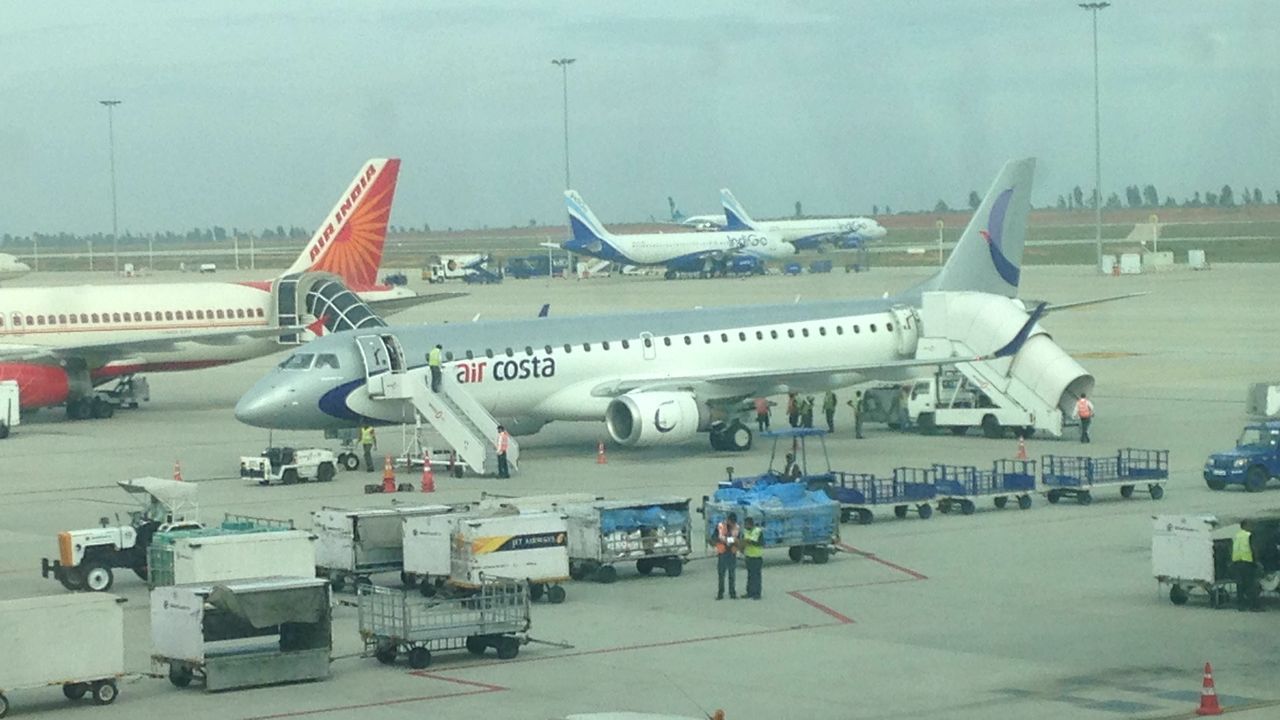 Aircraft
Quite obviously, Air Asia India was operating one of its many A320-200 on this sector today.
VT-APJ a Five and a half year old Airbus A320-200 registered and named in honor of the Late President of India Dr. APJ Abdul Kalam was assigned for this route today,which I believe had flown in from Vizag. 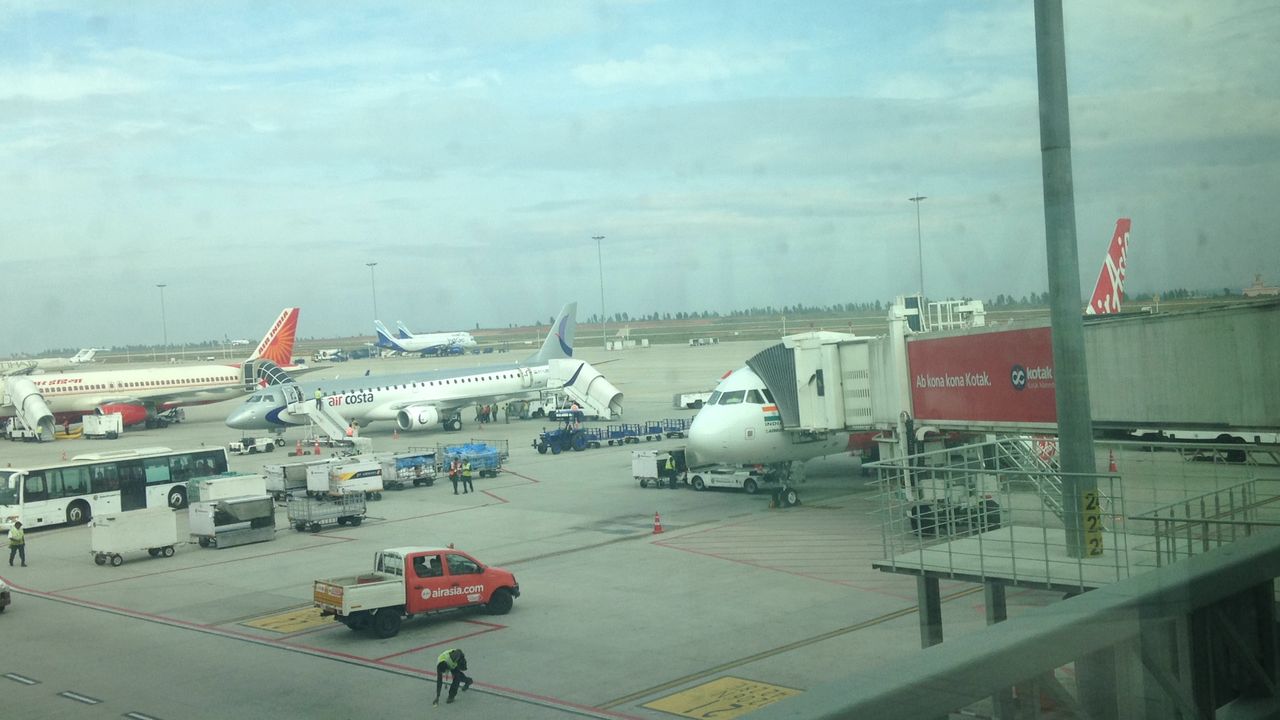 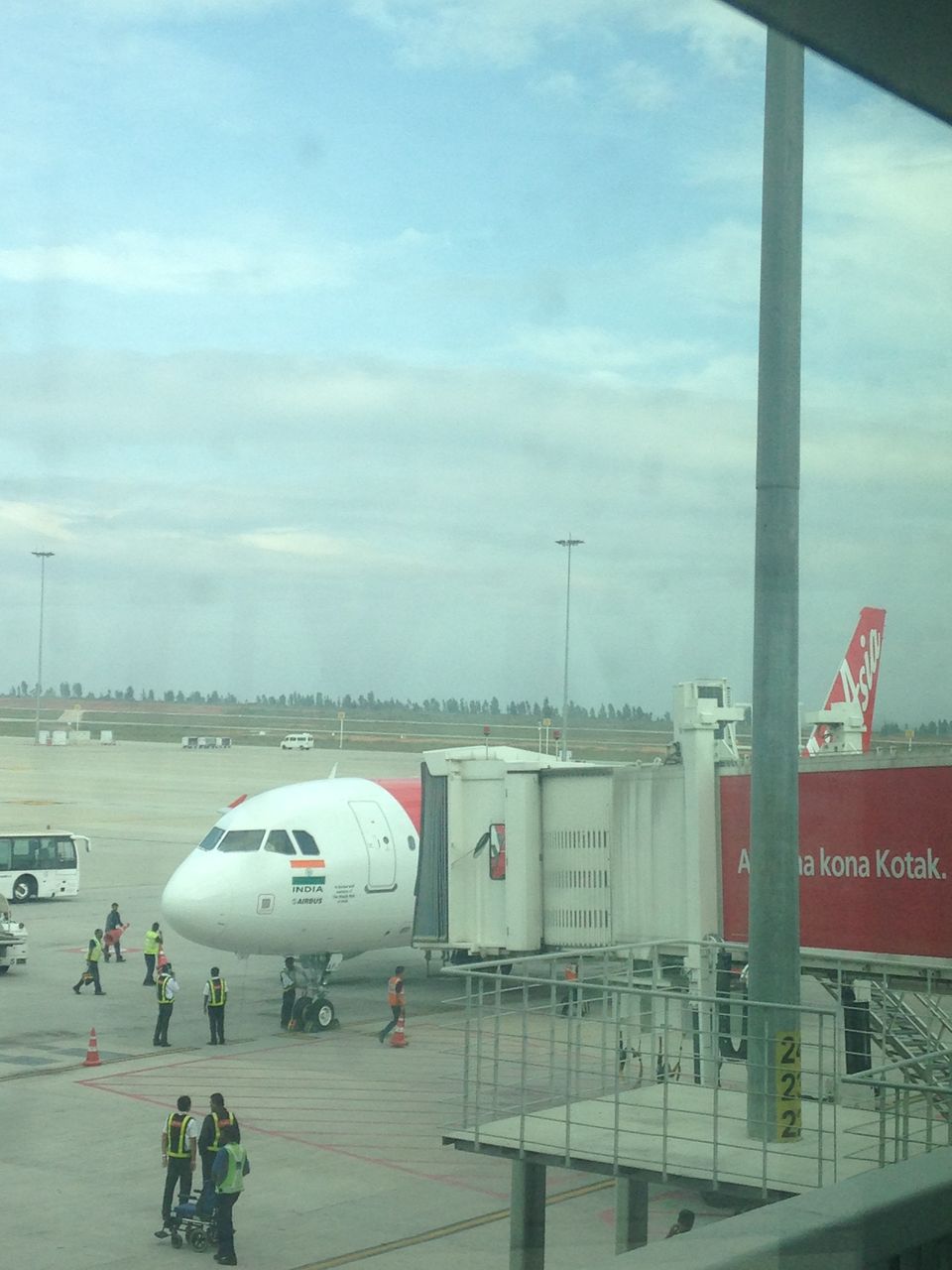 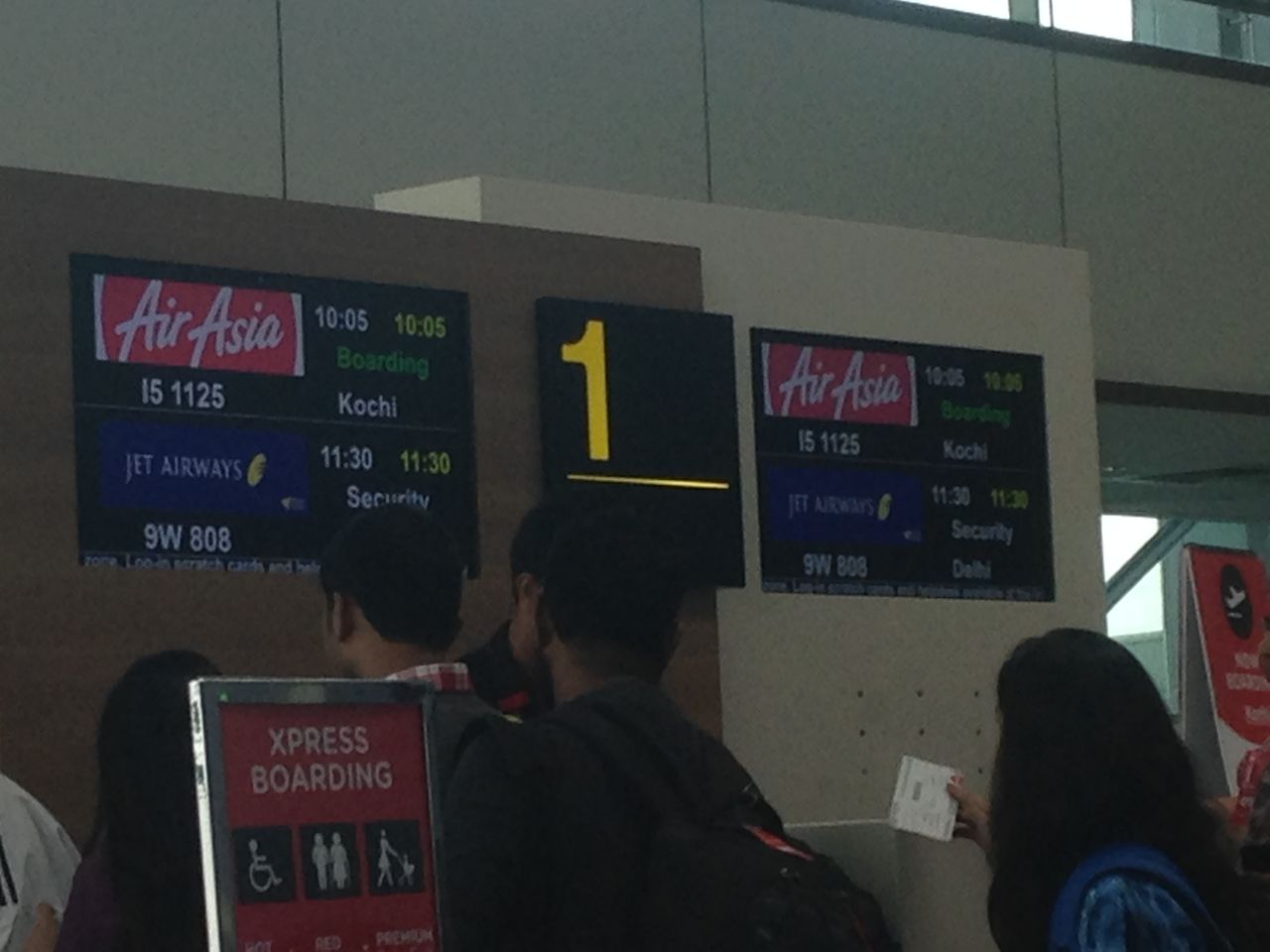 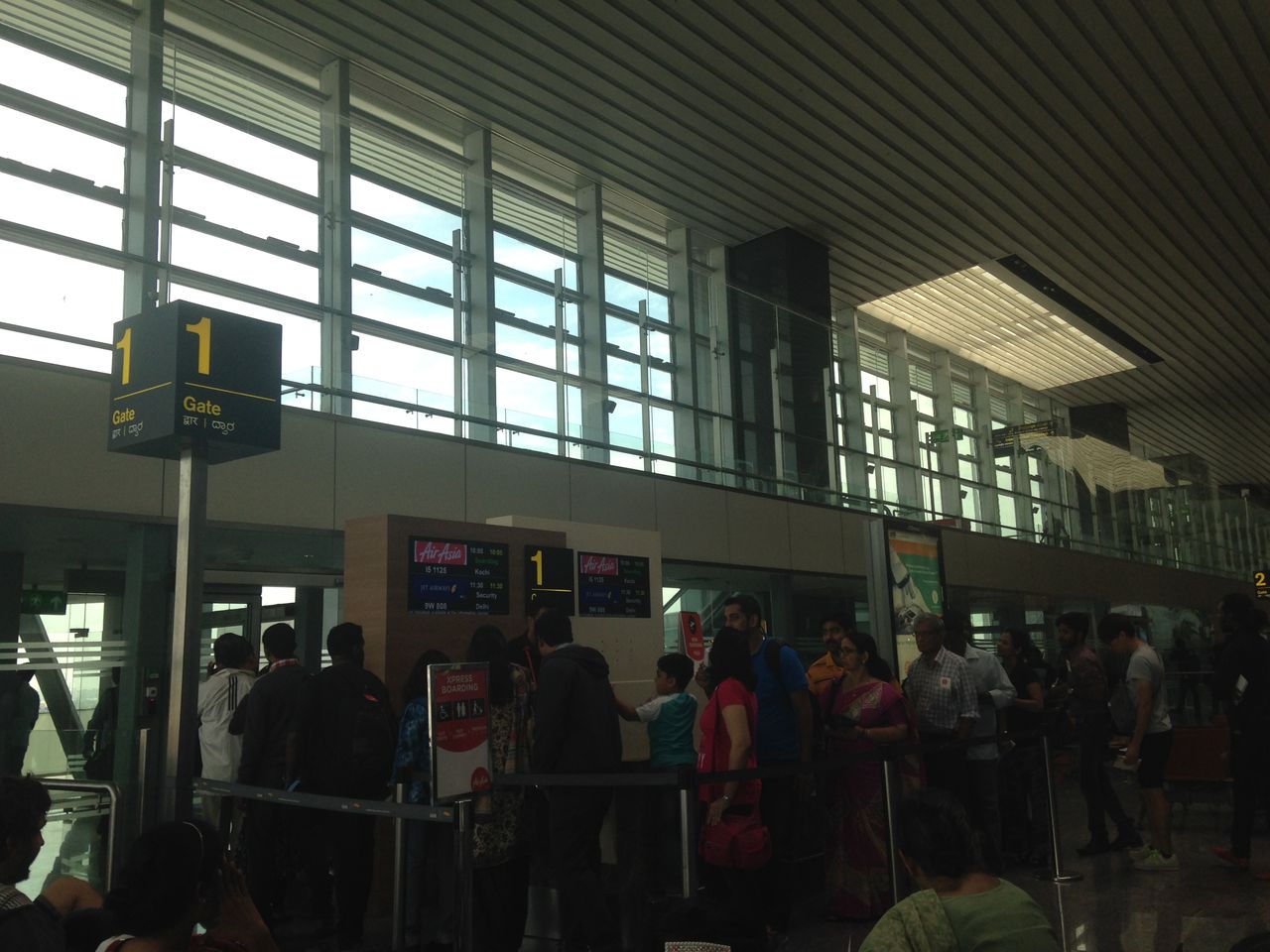 The crew
The crew on this sector were absolutely fantastic!
Friendly and Cheerful, Welcoming each and every passenger on board with a smile. Tonnes better than the set on my in-bound flight to BLR.

Take off was smooth, however the take off roll was pretty long for an A320-200 which was somewhat surprising since the days load was around 60-65%
Departure was thankfully on-time and even a minutes delay would have bugged me since I had enough of lay-over's and delays over the past few days


Seat
The seat was average for LCC standards but then again I had spent 7000/- INR for this flight so I was quite obviously very dissatisfied.
Anyways this was way better than having to travel by Bus to Kochi so Id rather stop complaining 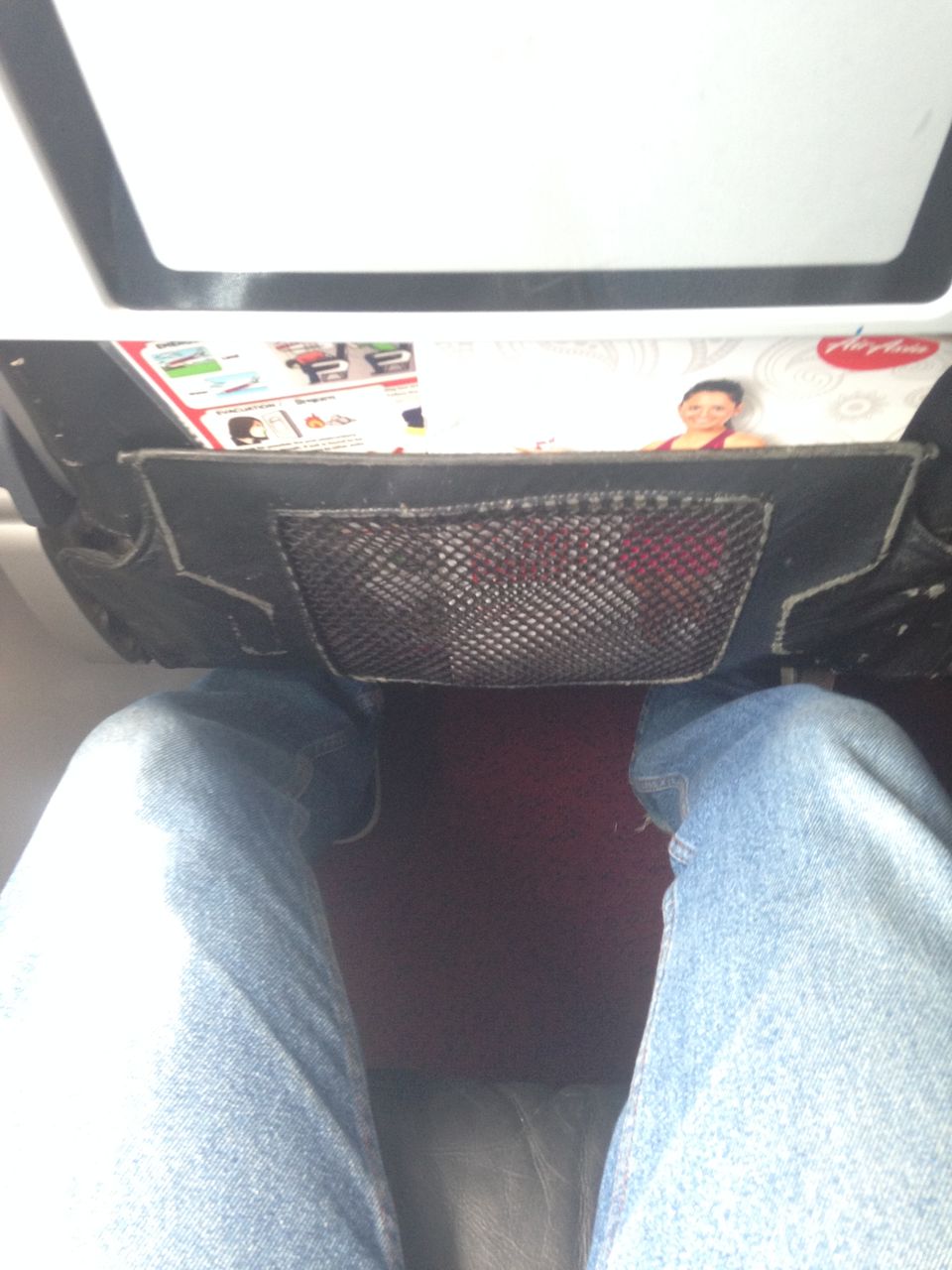 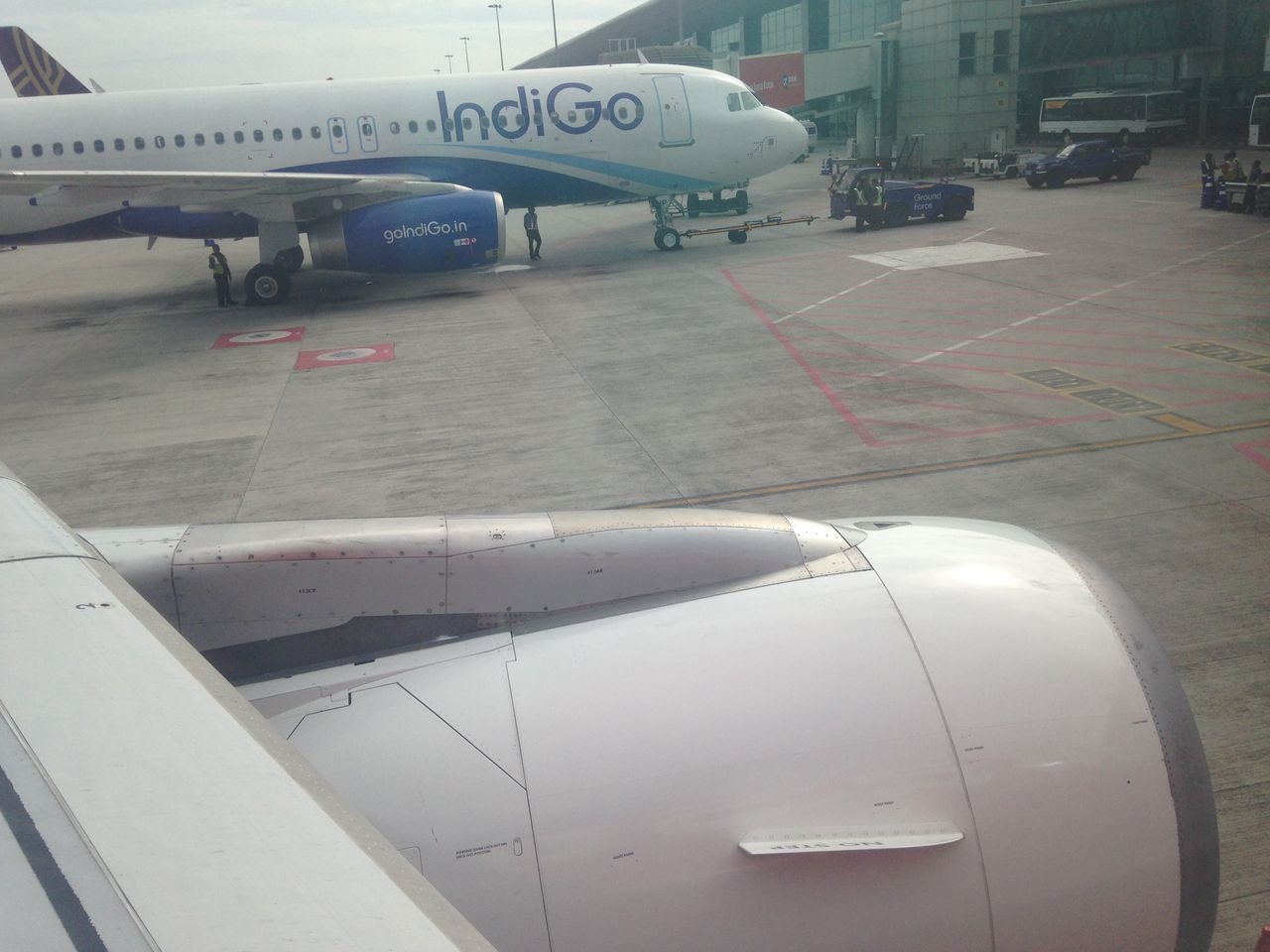 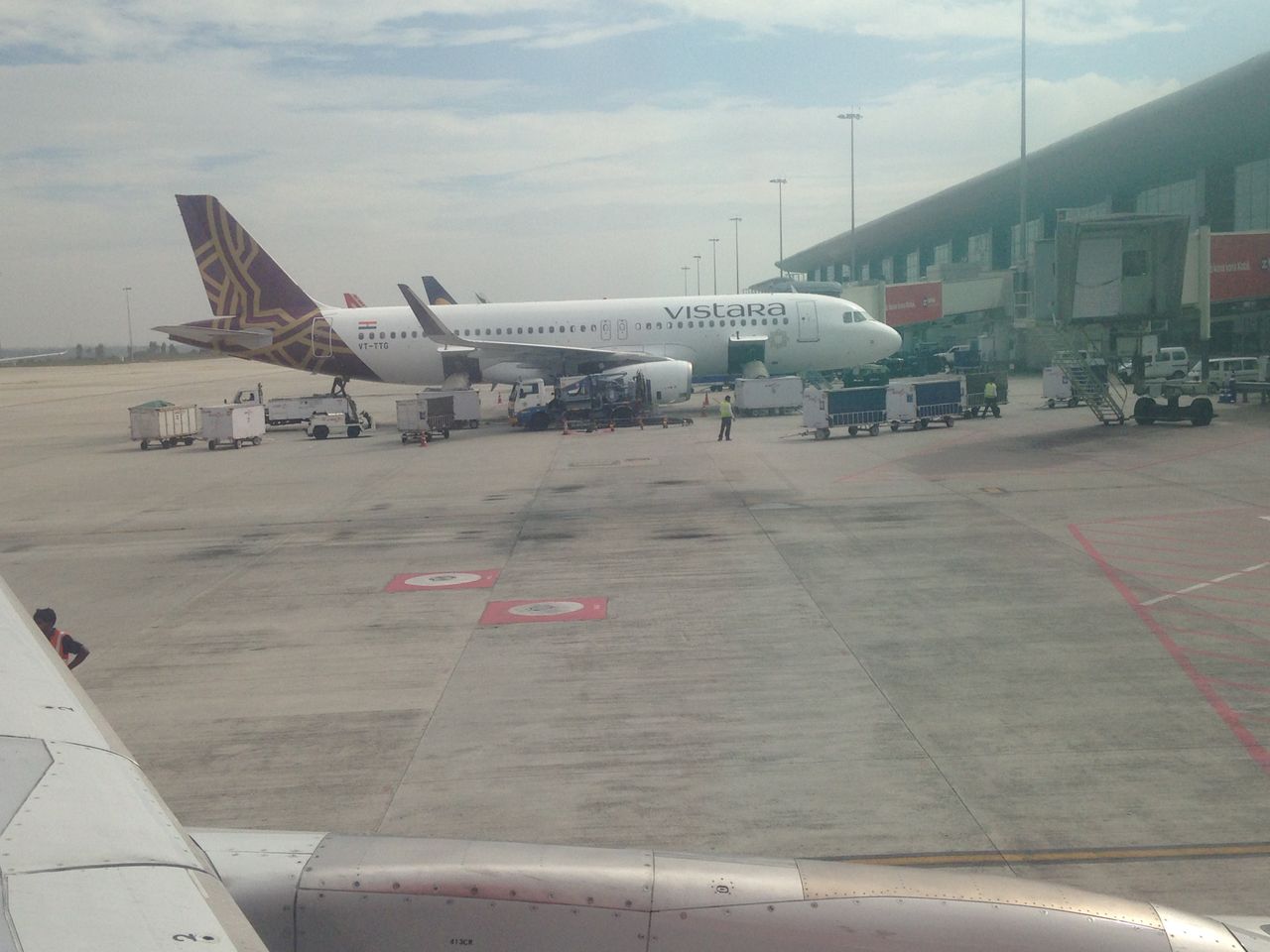 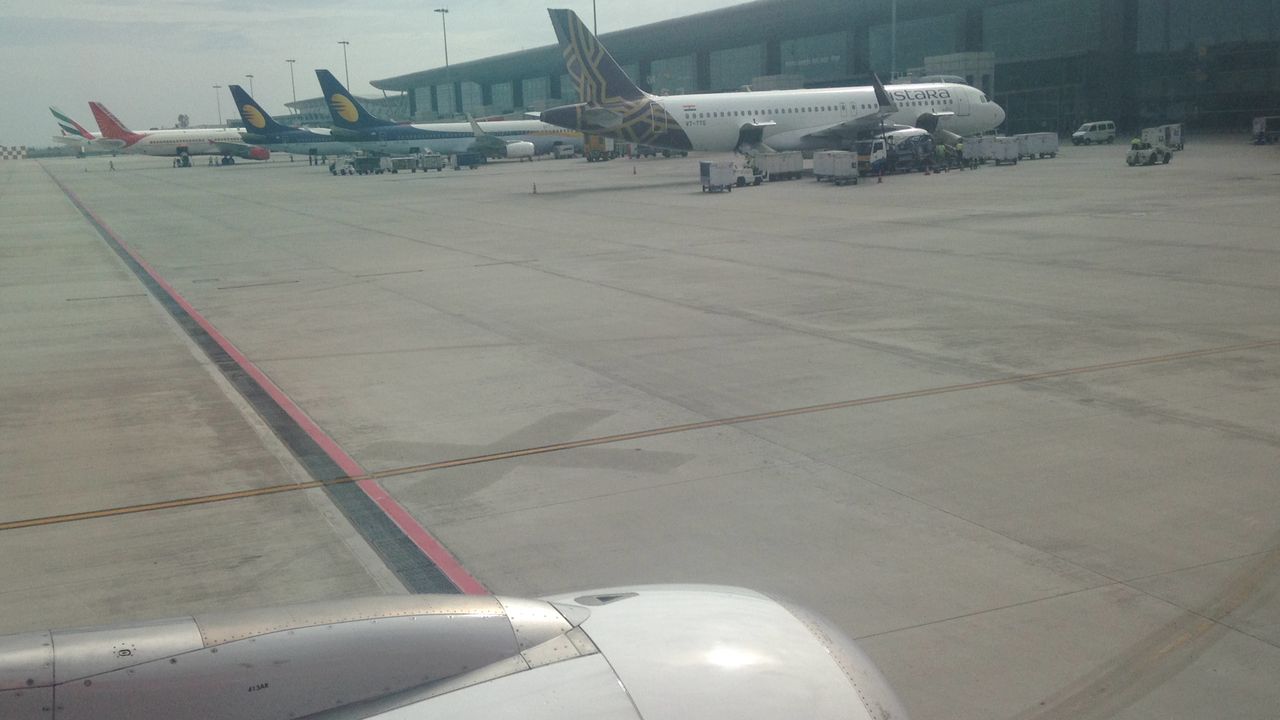 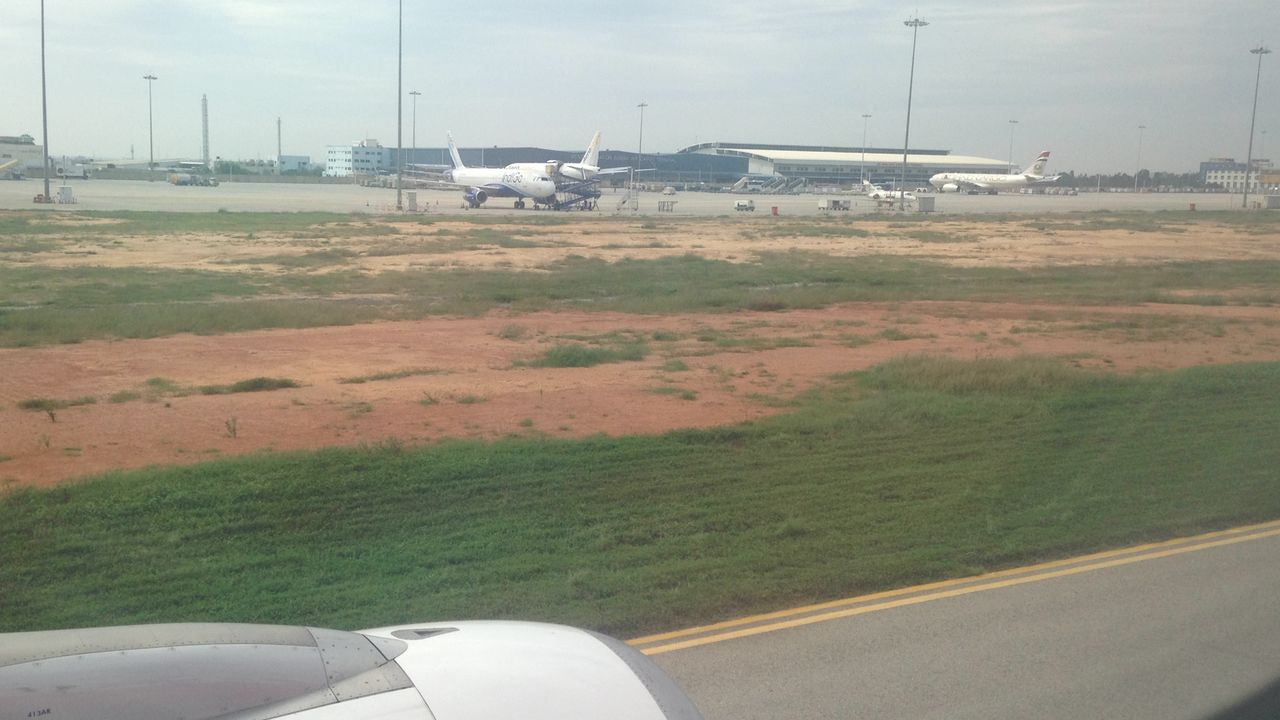 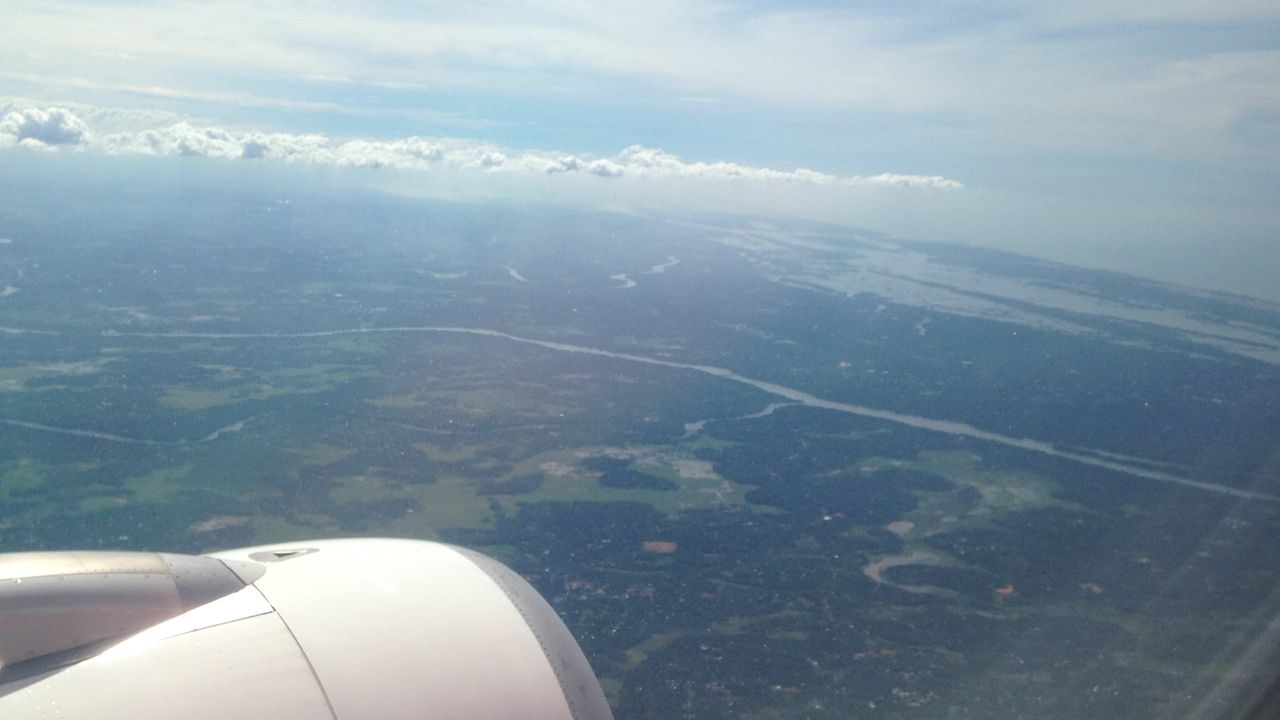 Meal Service
Being an LCC AirAsia provided top-noch service on this flight with a food and drinks run along with a In-flight duty free sales run commencing shortly after takeoff.
Being a "Bigshot" member and an aviation enthusiast the Chief Steward offered me a free upgrade to a Premium "Hot Seat" with significantly more leg room which was a gesture that was highly appreciated that I had to reject since I had a better angle on my reserved seat for Photography.
There where no IFE Systems since Air Asia India only reading material was provided,consisting of Air Asia India's In-Flight magazine and and obviously the In-Flight Sales catalog. 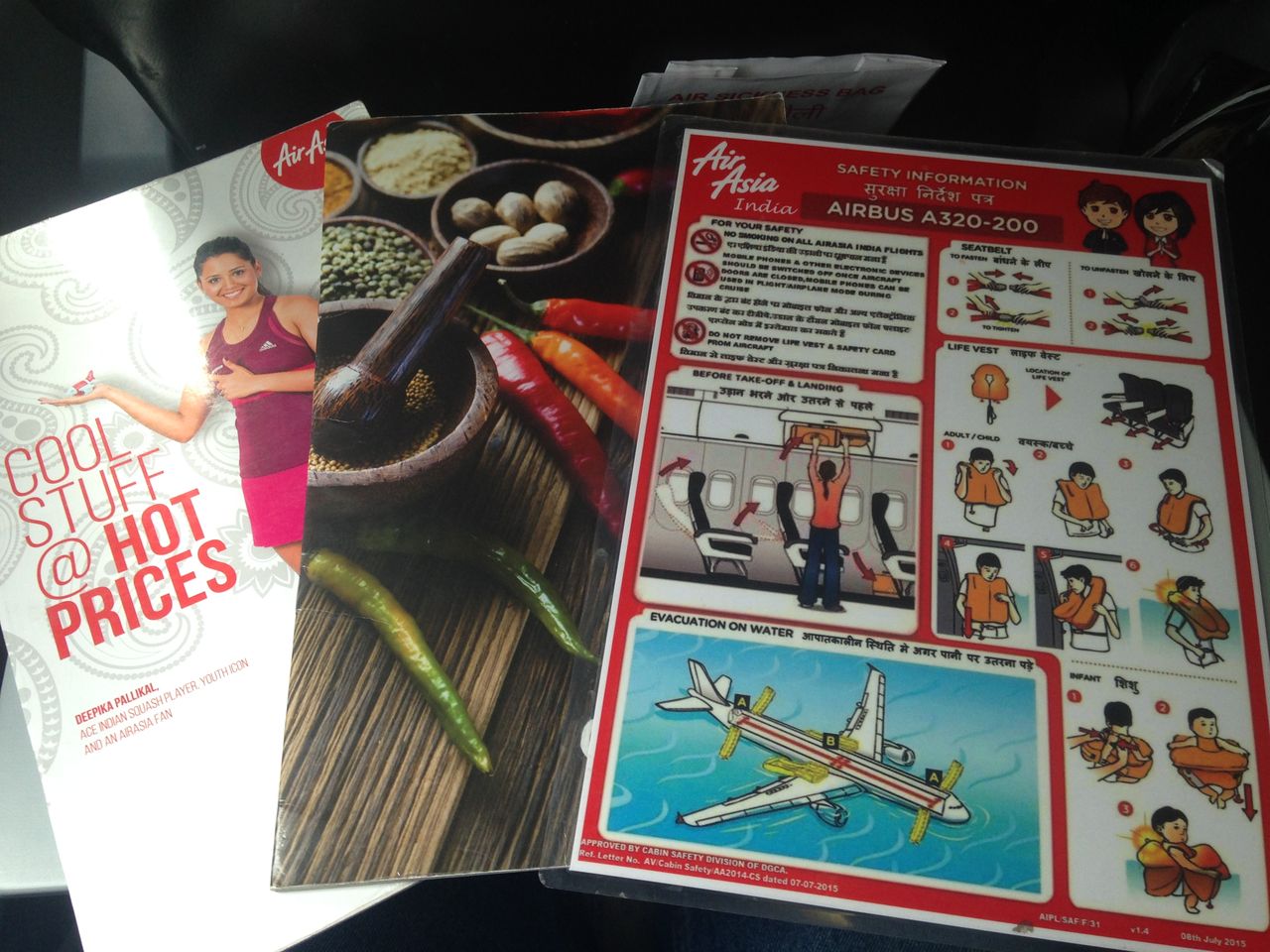 The crew on this flight began In Flight duty free sales much to my desire and I finally managed to get a Model Airbus A320-200 for my collection which was priced at Just INR 1500/-
Very reasonable I must say even though the manufacturers was not a premium brand the end product was above standards and worth the price. 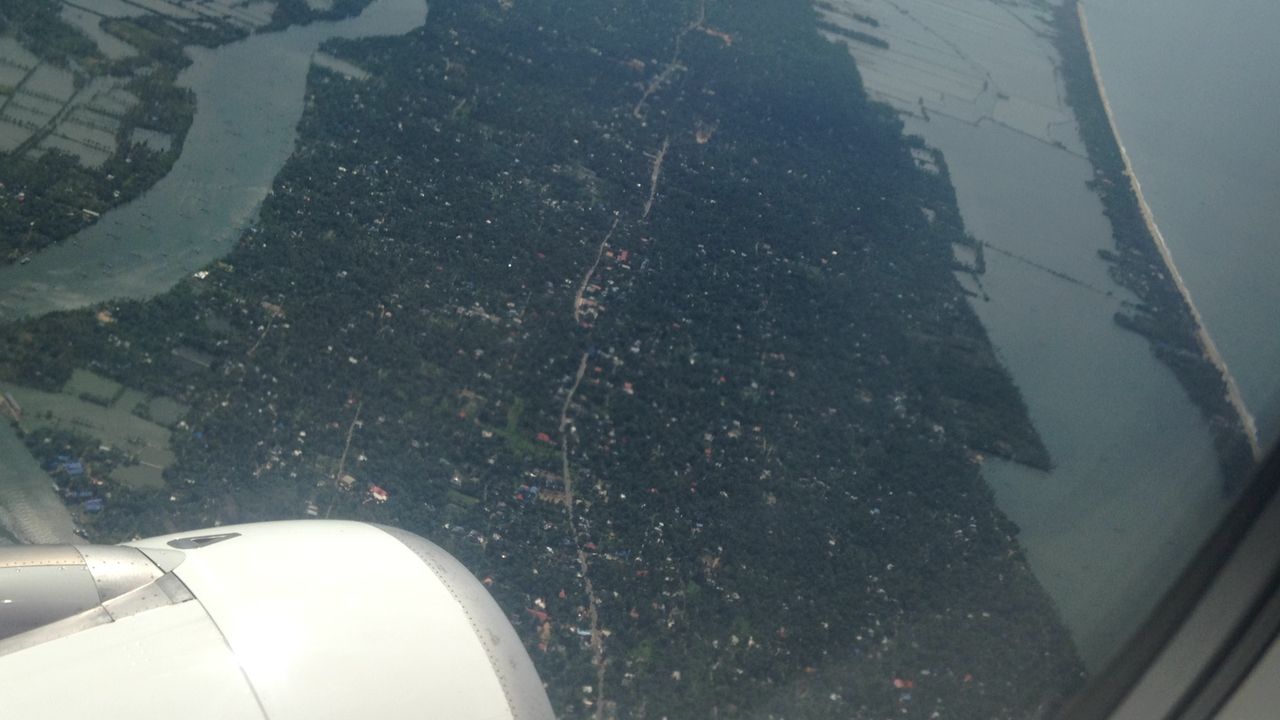 Landing was beautiful and was back to witness the more than familiar sites of Kochi Airport to await my next Airbus A320-200 back to Colombo. 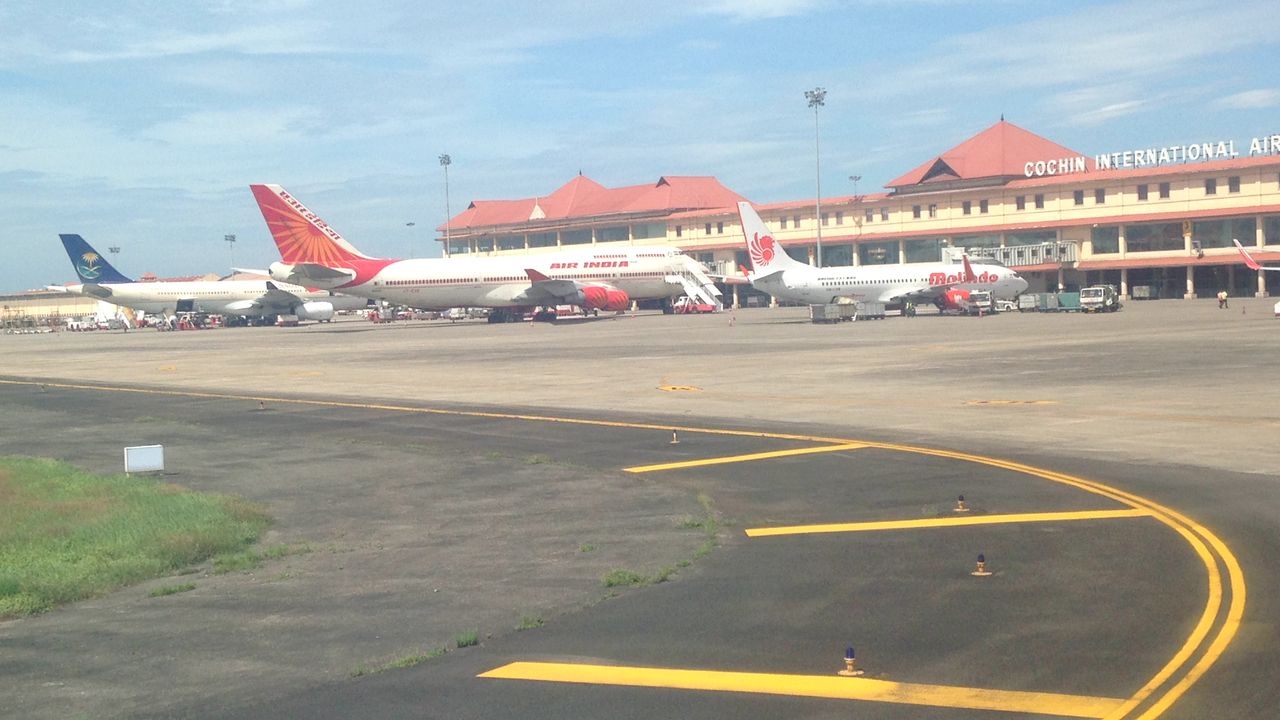 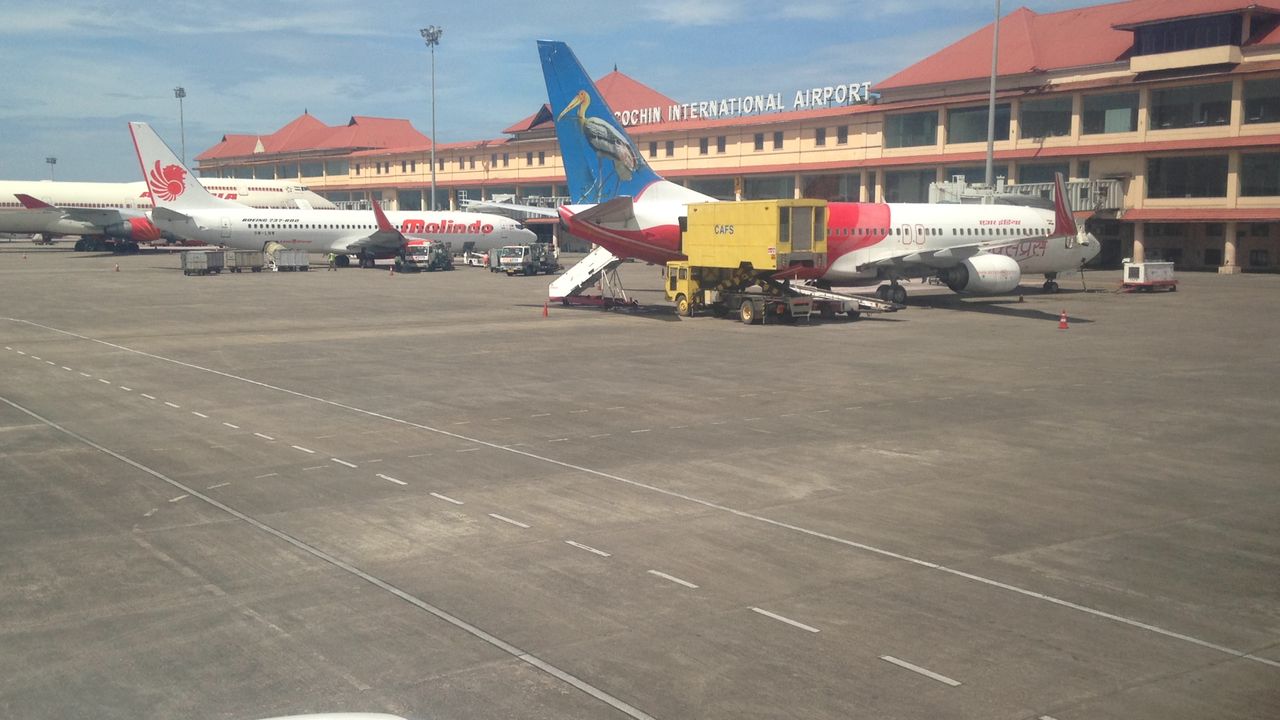 Overall i would say that my experience on AirAsia India was excellent and looking forward to flying with them in the near future.
Advise to all would be to Book Tickets well in advance