#28 out of 75 Airlines A minimum of 10 flight-reports within the past two years is required to appear in the rankings. 92 reviews

By JonathanNd 1153
Published on 20th January 2017
Welcome to this trip report covering the CUN-MEX route.
After a magnificent adventure it was time to check-in. Since I´m not familiar with CUN, I approached to the check-in counter, was in the queue and after 10 minutes an agent came by to tell us they were having issues with their system and we were invited to proceed to the kiosks unless someone had to fly to JFK. Oh well! No real BP for me, again! 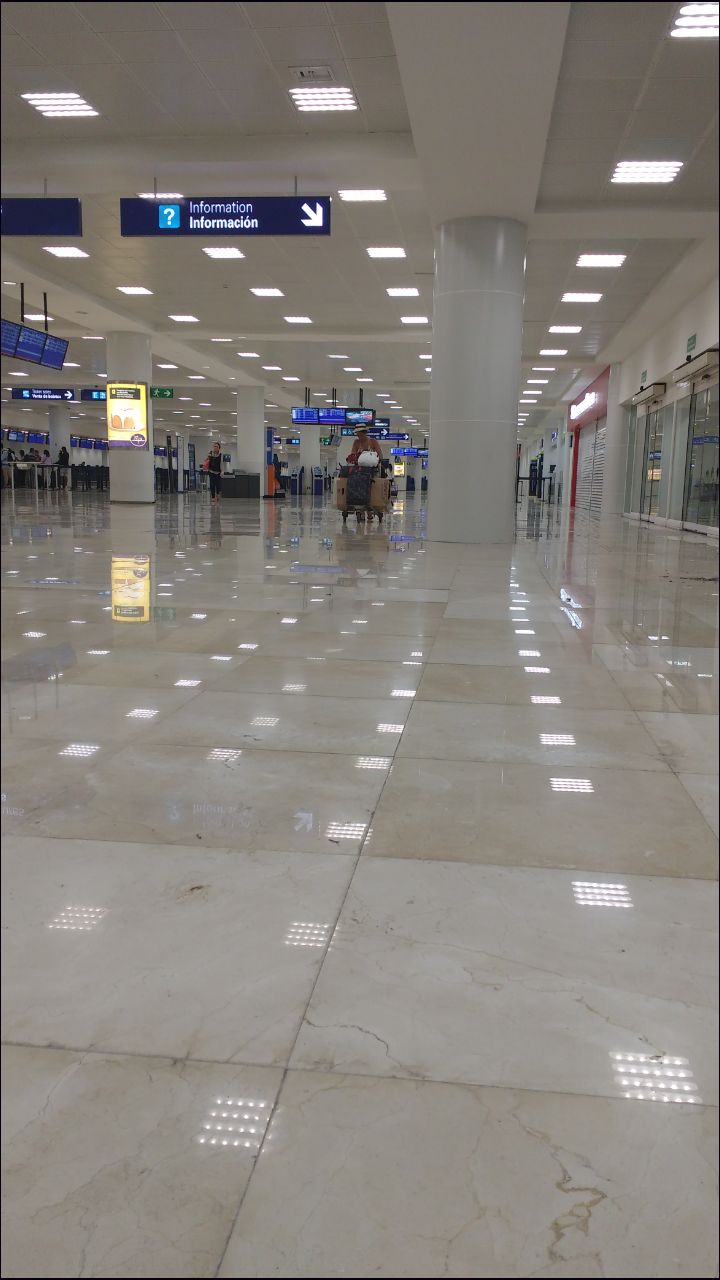 This is the check in kiosk. Not very attractive but practical. 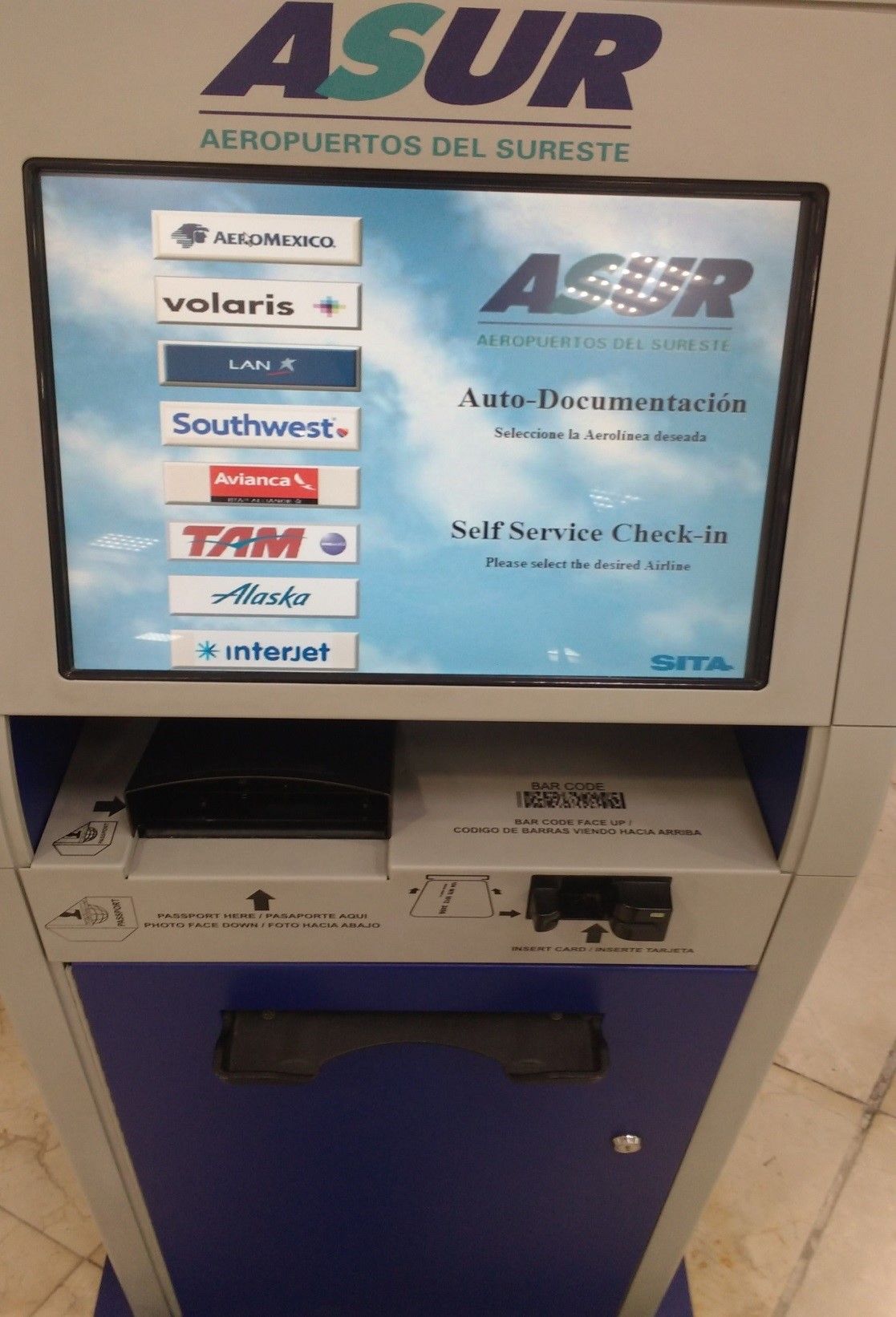 Yes, everything is alright, the flight was not full. When I was about to change my seat number, I noticed that the bulkhead rows were available to regular Economy passengers, but I was in doubt since I knew you are supposed to pay an extra few for them. I ignored that rule and selected a window seat, and my attempt was succesful, so oficially I was flying that night in AM Premium Economy, or AM Plus. Great!
Original BP from OLCI. The FF number is not recorded tough. 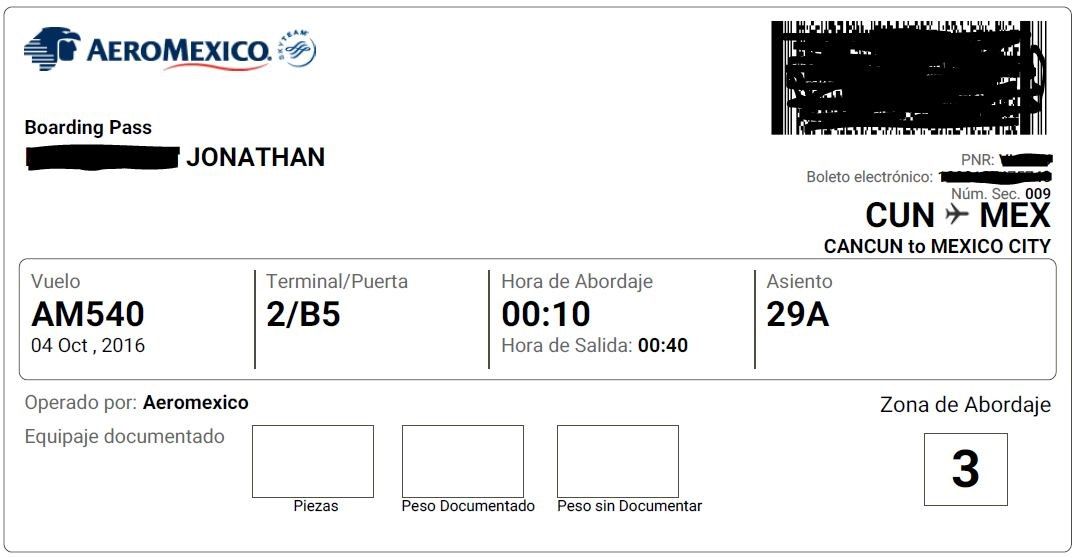 I was getting tired and bored, it turns out that for me CUN was not a worldwide class airport (as I imagined). In T2 there is nothing but check-in counters, plus an expensive restaurant. I smoked a few cigarettes and headed to the security pointcheck, where the officers were very nice and easy going. I had to remove my shoes but was not a big deal. I was hungry so a fast food court was on my mind, and it was next to the gates, but, as it was almost midnight, everything was closed. I even went to the international gates, but no food was found. So I returned to my gate, and my cellphone was running out of battery, desperately I wanted to charge it, with no success because you can´t find any spot all over the gate or airside. That is the reason of my short report. So I took a seat and waited like an eternity to board the aircraft. The cabin crew arrived and was sort of a show. They were chatting about personal situations and I felt uncomfortable, and I knew one of them was running late (Clase Premier FA). Also they were in the I´m-making-you-a-favor attitude even at the gate!

Boarding announcement was made and I had to walk to the aircraft, which was fantastic.
Registration EI-DRA, so this aircraft was refurbished according to the Boeing 787 cabin design, as I stepped inside it felt trendy. The FA´s were welcoming passengers with a cold hola! So I just made my way to my seat, and again the whole row was for me. No pillows and no blankets. When everyone was seated, they provided headphones. Rocket-like take off over CUN and a little bumpy by the way. 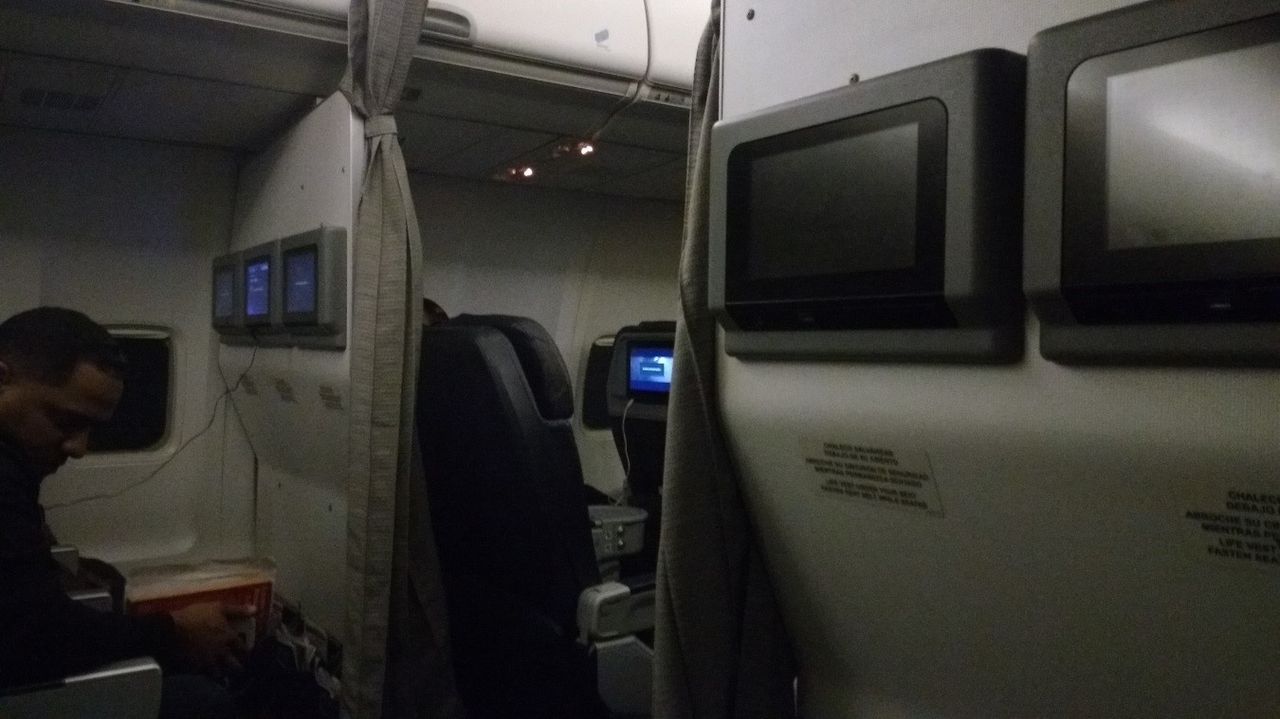 The service began and I asked tequila, beer and tomato juice, immediately the FA said to me: Sir, you want everything right now? And I said: Yes, everything now please. She got annoyed but I was not doing anything wrong or being rude. Anyways, I started sipping my tequila and forgot that situation. Flying aboard those “new” 737 is a different experience and made feel satisfied. The cabin lights were dimmed to allow passengers to sleep or just relax. 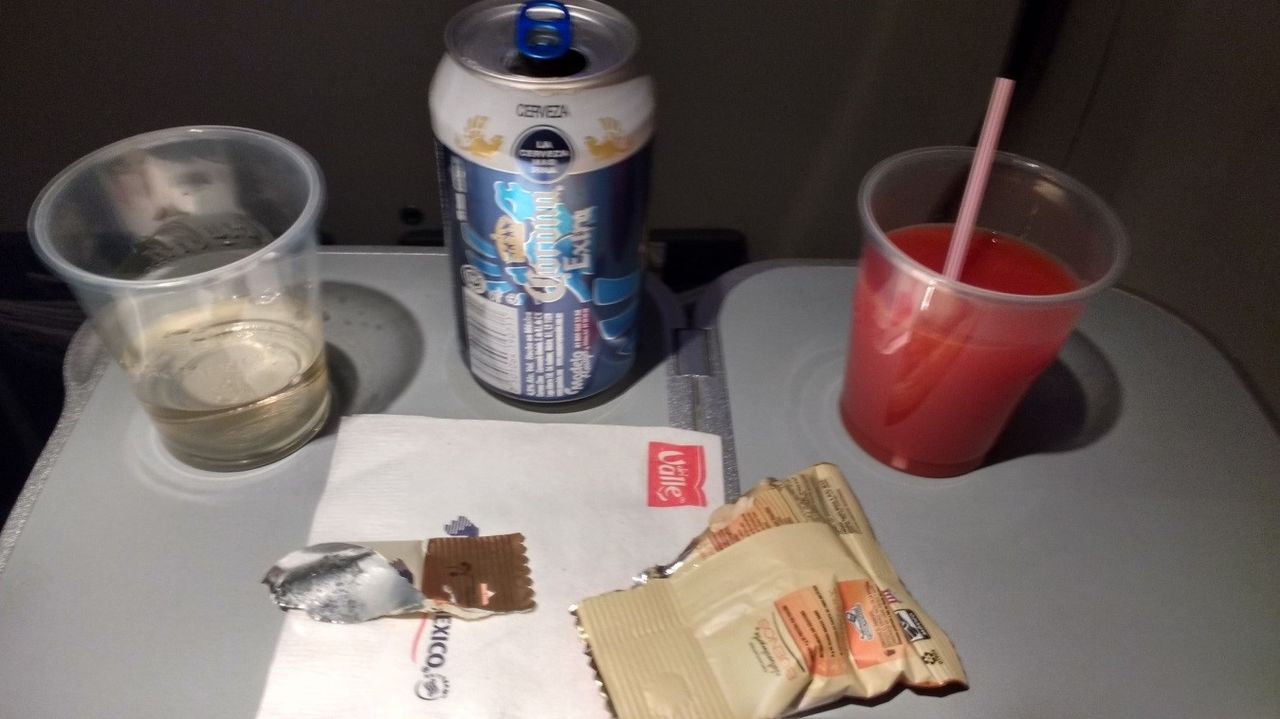 We were flying over the Gulf of Mexico and no turbulence at sight. I was listening music and really enjoying this flight. I would fly this new 737 on any international route any day. 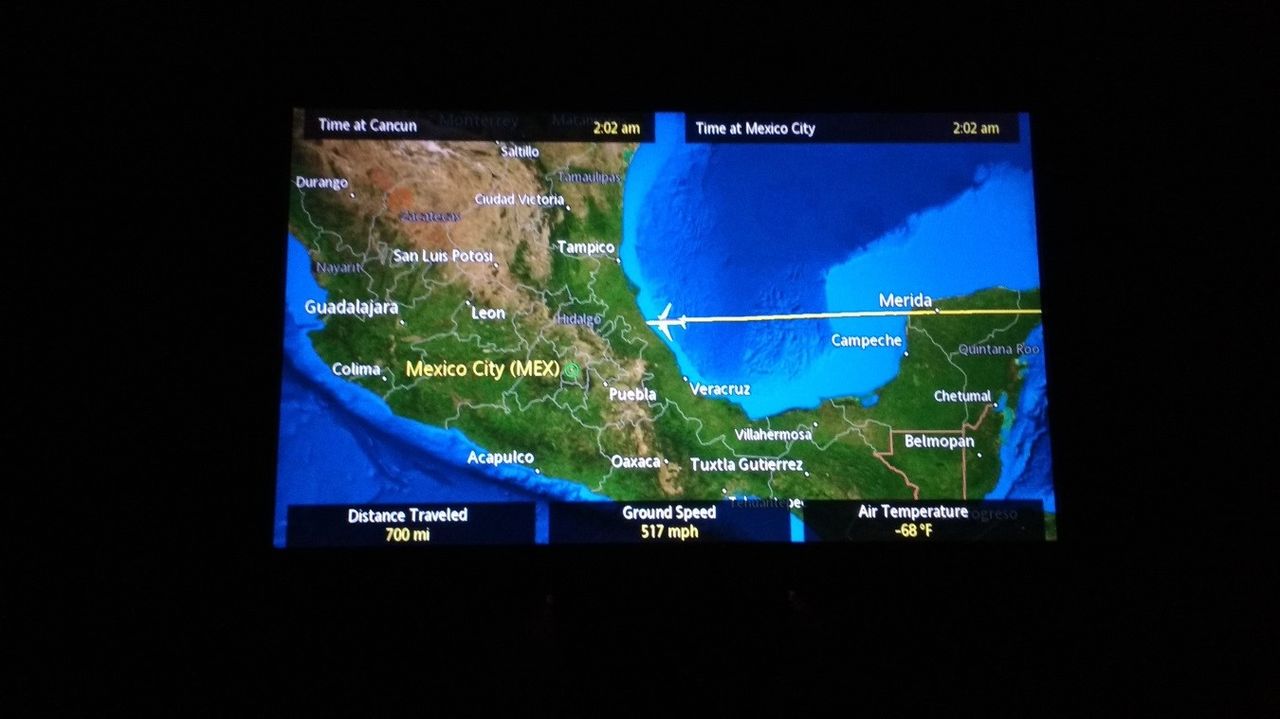 So, we were over Mexico City when the landing announcements were made also the cabin checks. I feel amazed everytime I depart or arrive MEX in darkness. We landed after few minutes. 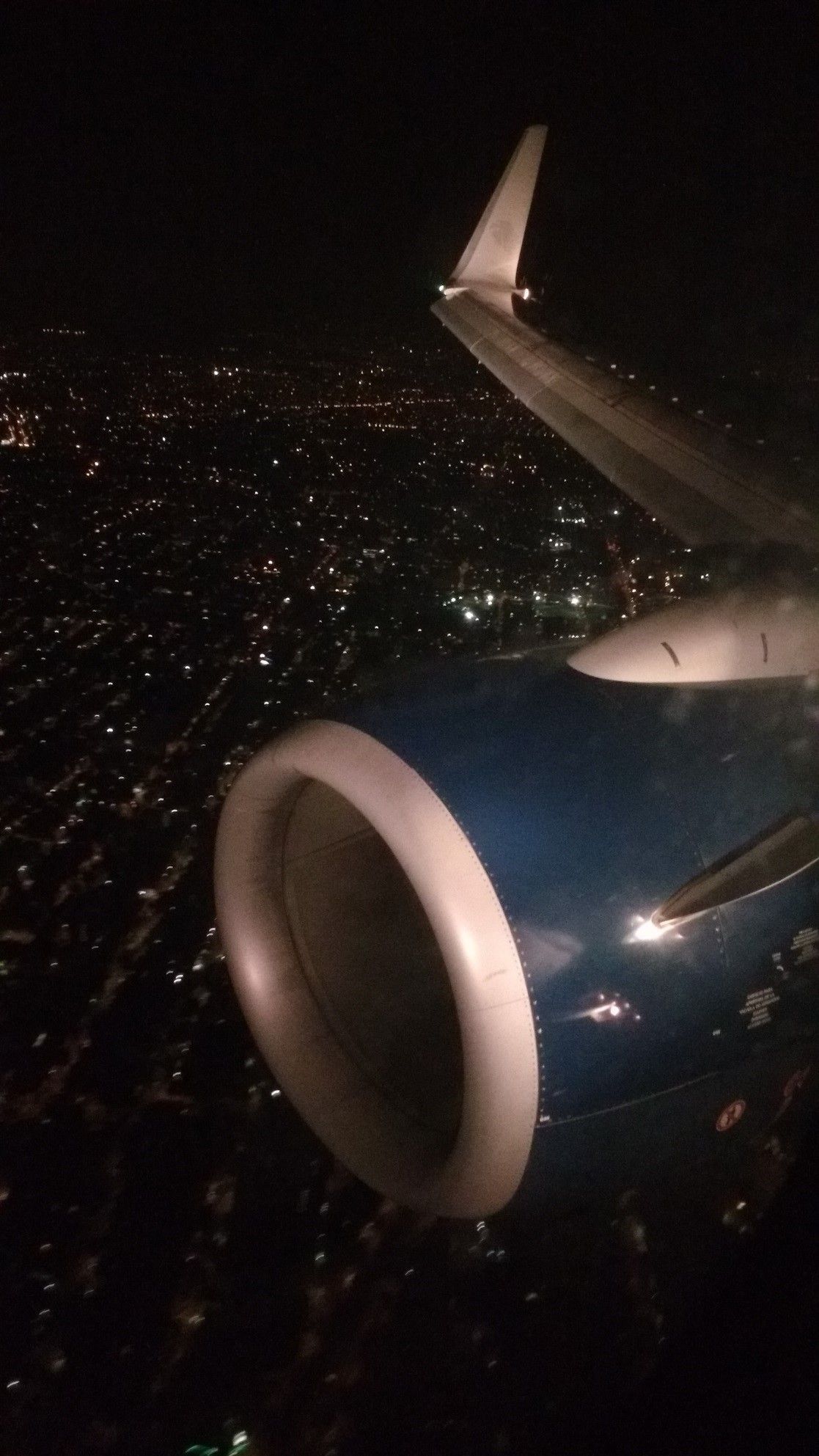 While disembarking, the FA´s tried to change their attitude but was too late for that. Many of the passengers ignored them, and I felt sorry for them. I had to wait until 5h00 in this area of the airport where people waiting for relatives are allowed to seat as is located just in front of domestic arrivals. 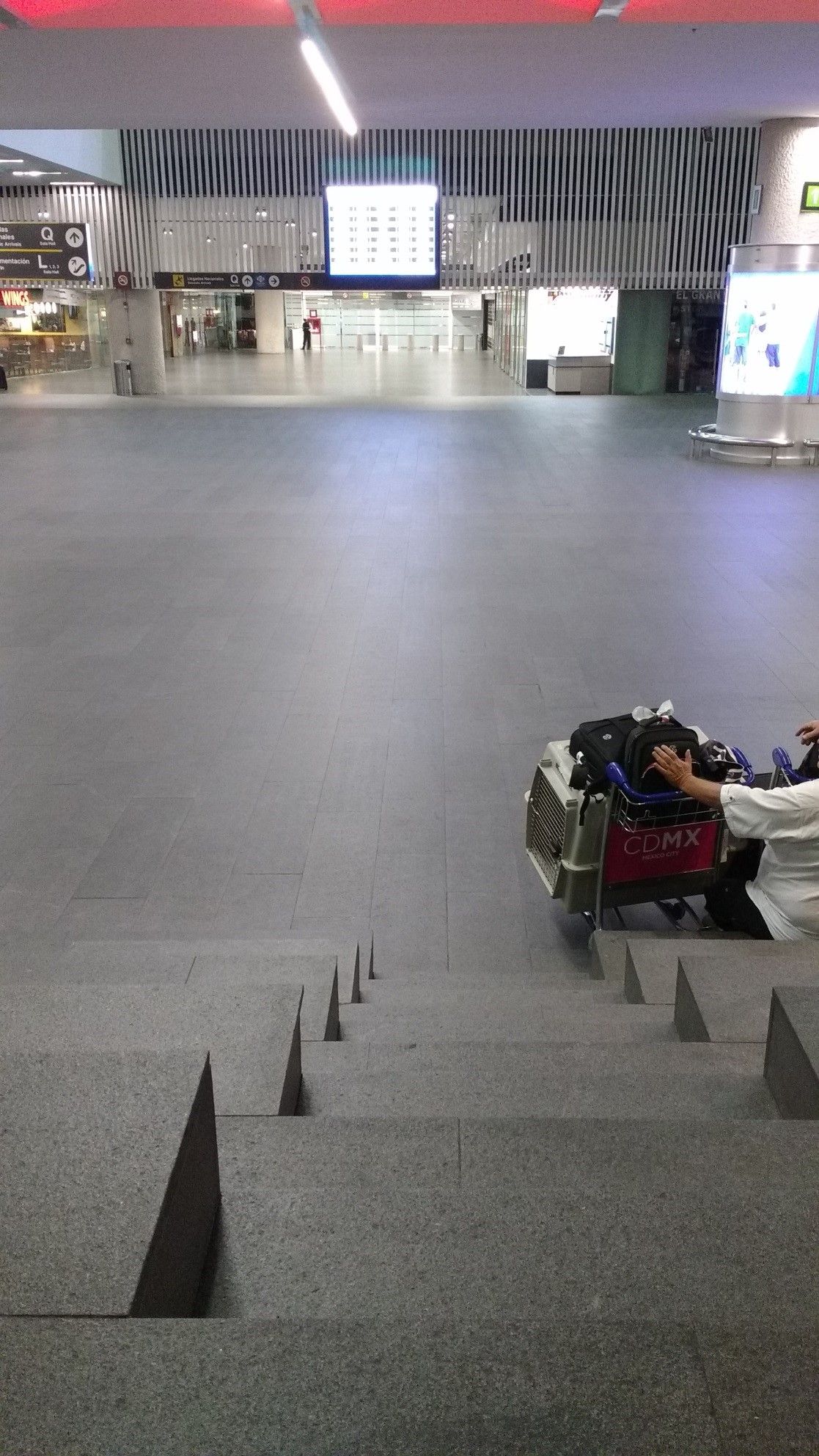 Finally 5h00 and I was able to get to the metro by the Airtrain trough T1. Thank you and I hope you enjoyed this FR, happy flights to all. 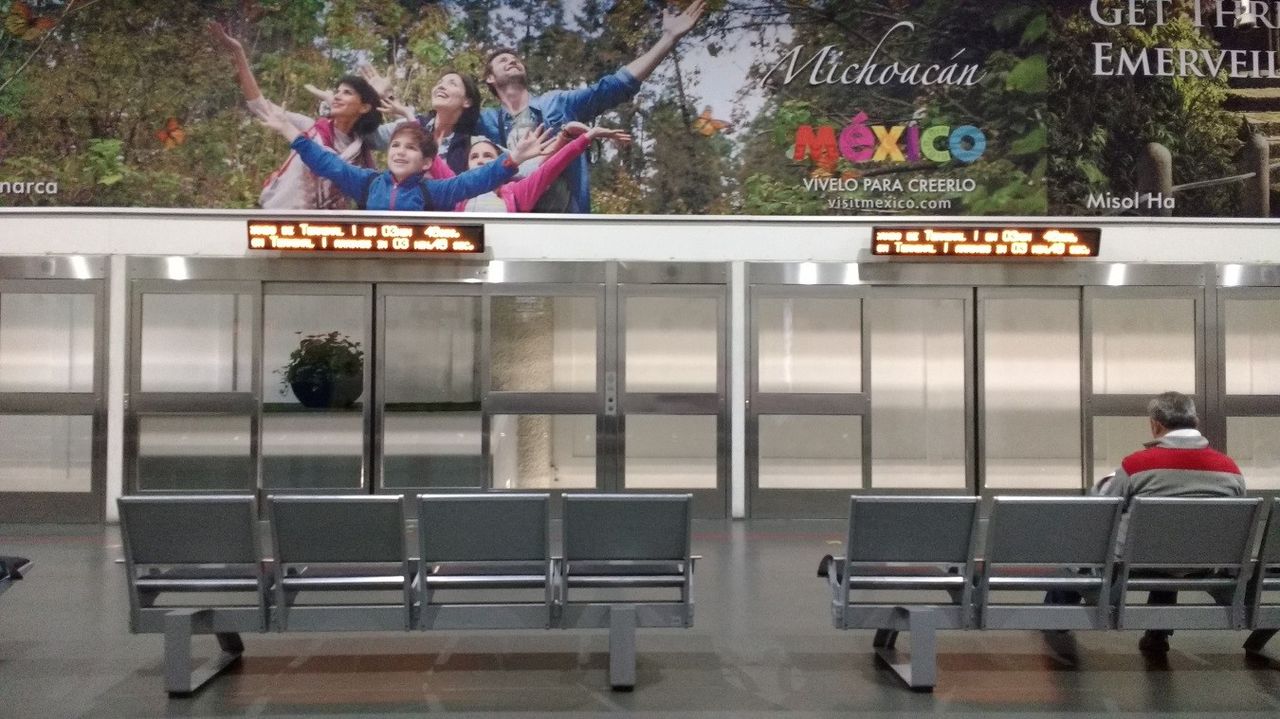 After the episode with the FA, the feeling of not beign able to eat something at the airport and the lack of cellphone chargers changed to a negative way my perception of CUN airport.

The contributors of Flight-Report published 12 reviews of 4 airlines on the route Cancún (CUN) → Mexico City (MEX).

The airline with the best average rating is Magnicharters with 7.8/10.

The average flight time is 2 hours and 30 minutes.