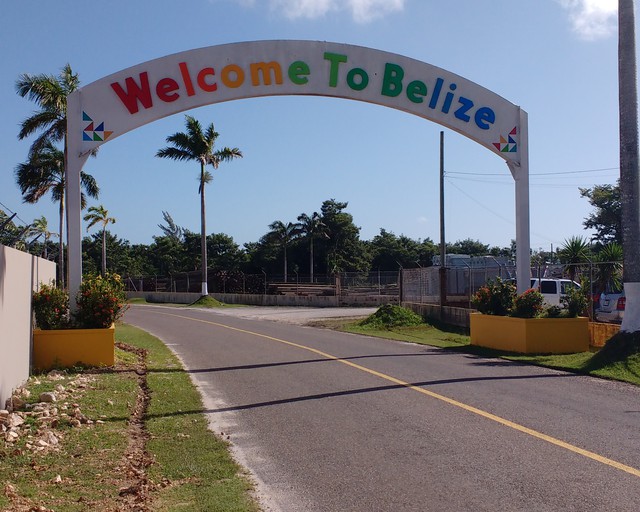 Welcome!
This time I took the opportunity to travel to this magnificent neighbor country and after a few weeks there it was time to return.

This is the first sight you get while arriving to the terminal whether you walk all the way from the main road or take a taxi. BZE is a small airport and to be honest is not easy reaching the airport from downtown by public transportation; there is a taxi rate set at 25USD but if you decide to walk the 2 or 3 kms to the main road (next to the Belize river where you may find crocodiles and manatees) any passing by bus can take you to the Novelos bus station at 1 USD or 2 BZN. For me as a young solo traveller and just with my travel backpack it is a pleasure to do these kind of things while travelling. I was the only person walking this segment and sometimes it felt scary due to the imponent river. 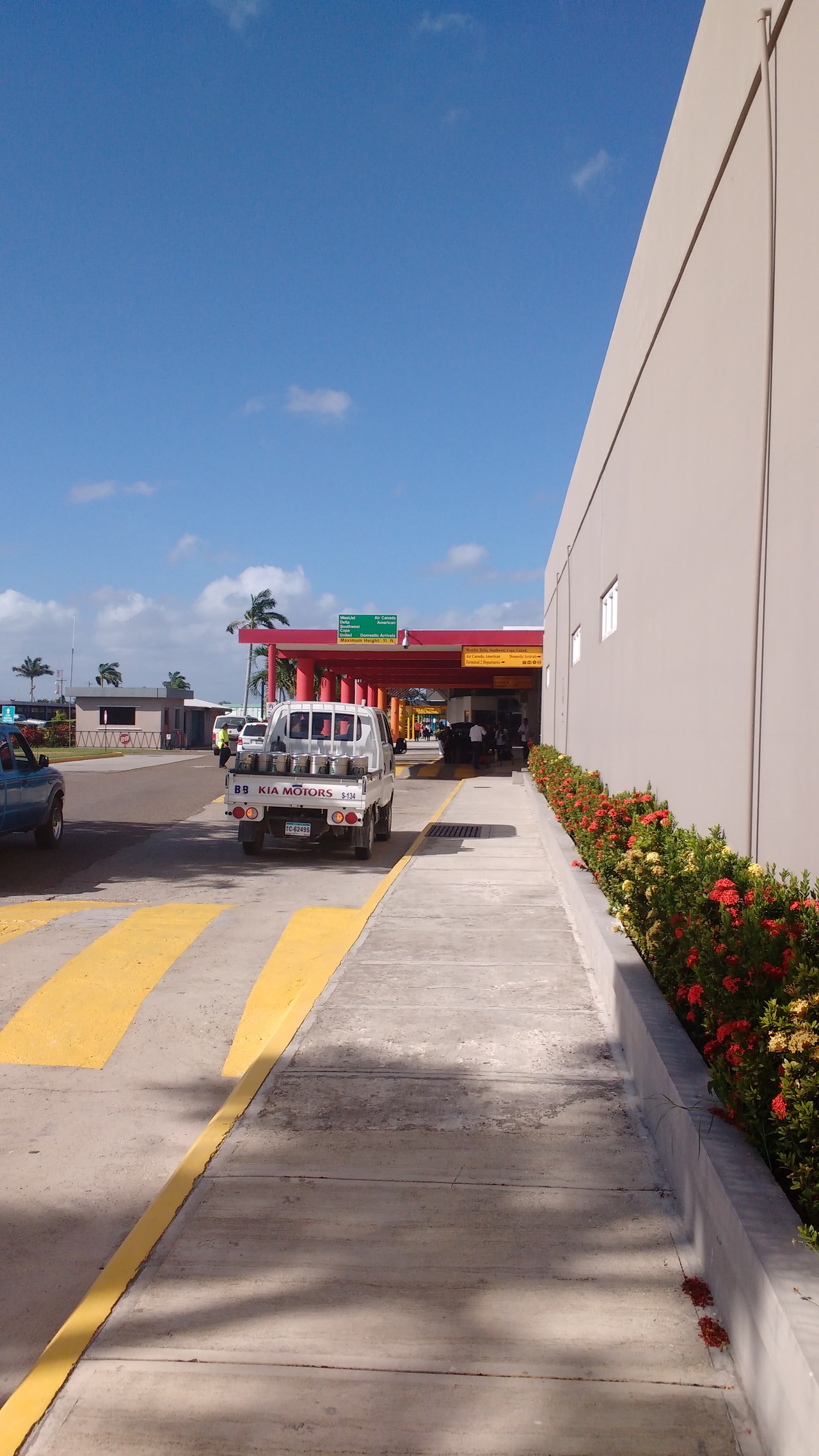 The check in process was slow. And to leave the country you must pay 75 BZN or 35 USD as a departure tax at the airline counter and they stamp your boarding pass but it felt like if the airline were charging an outrageous fee instead of a government tax and only cash is accepted. They give you the receipt that must be shown at the security check before accessing airside but is returned to you. I must say that the security check at this airport is very strict and they will not let you go even with a cent in your pocket. After I cleared the security check point I realized that plenty of people were waiting for their flights, so I decided to walk around the duty free shops and restaurants. After my stroll I took a seat on the wood chairs to see what was going on. 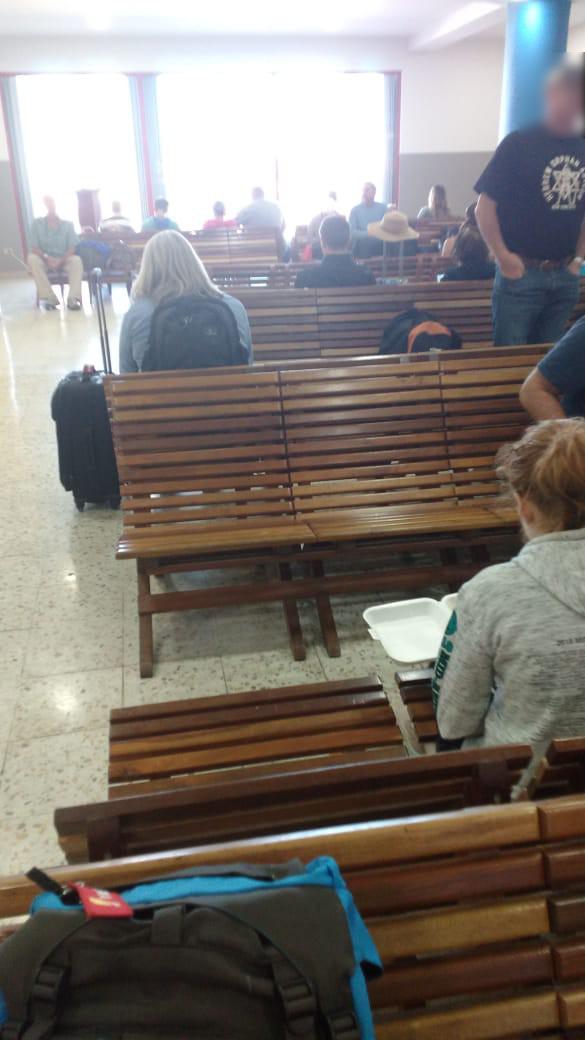 My aircraft arrived and the time for boarding was getting closer but due to the cleaning of the aircraft was delayed some minutes. 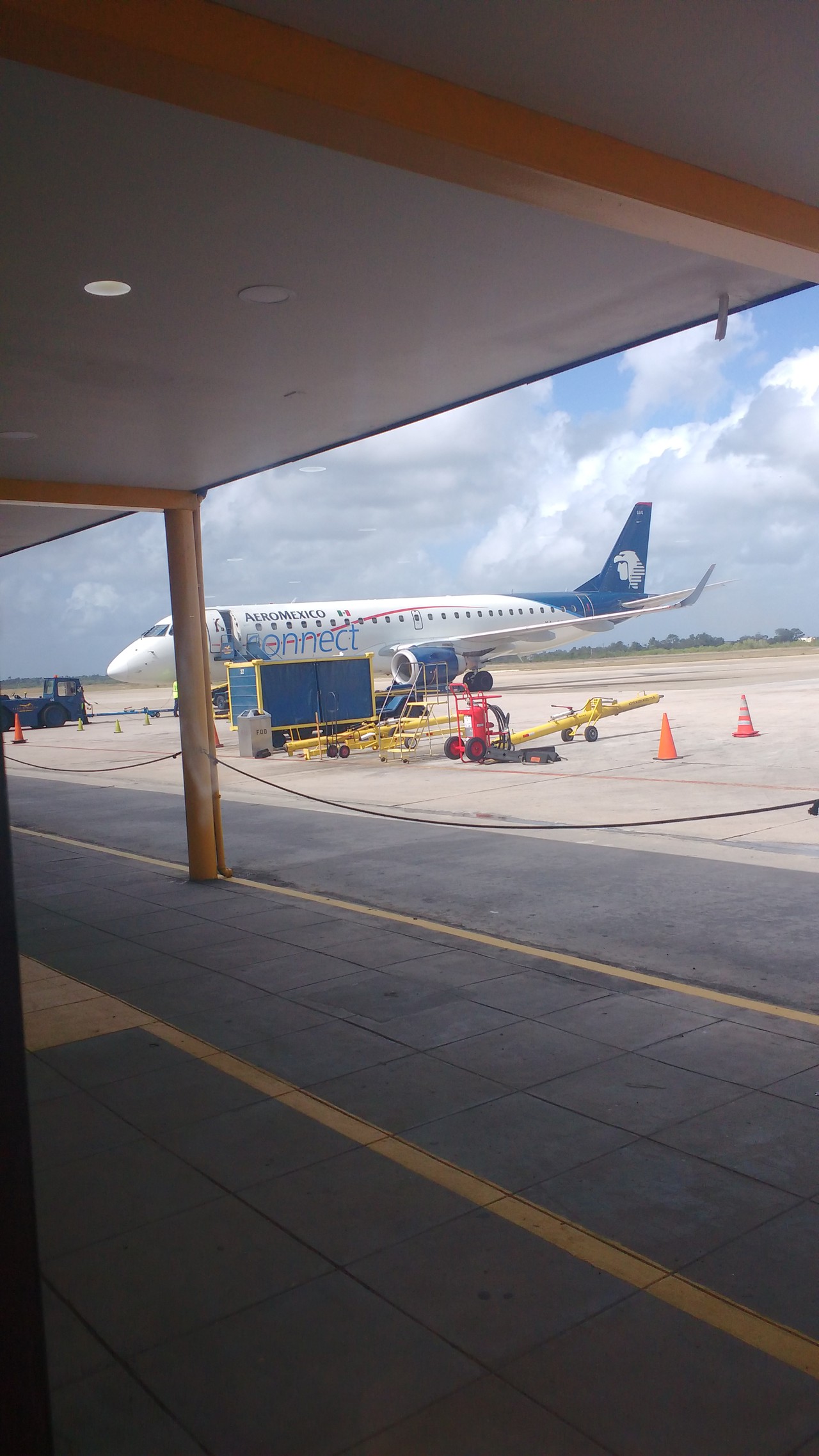 In the meanwhile some passengers gathered around the counter to exchange words about the delay. 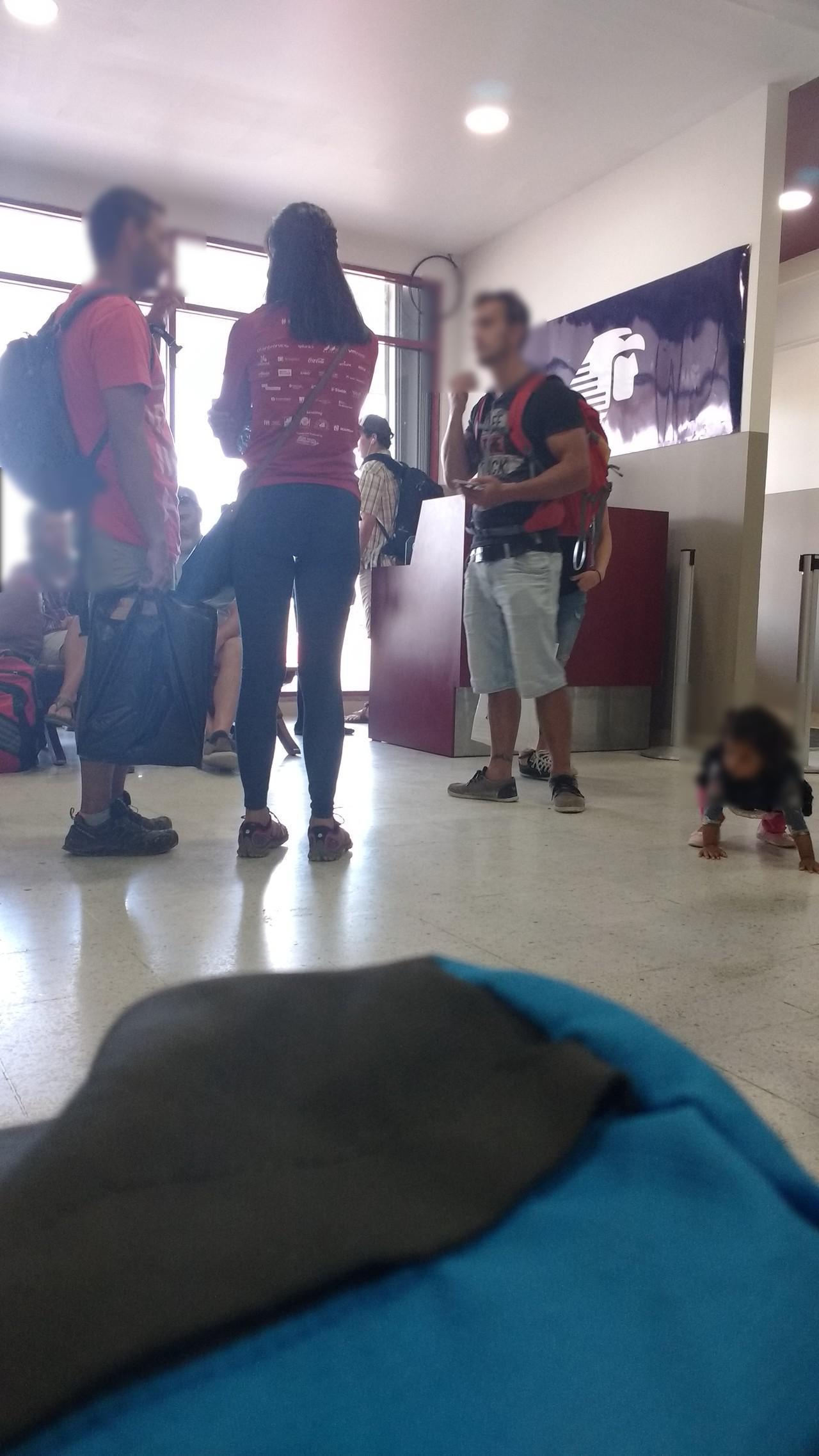 Boarding commenced respecting priorities.
The shiny aircraft resting in the Caribbean before the return flight, you must walk from the gate to the aircraft and there are workers taking care of this process and it is worth saying that nobody said photographing was forbidden. 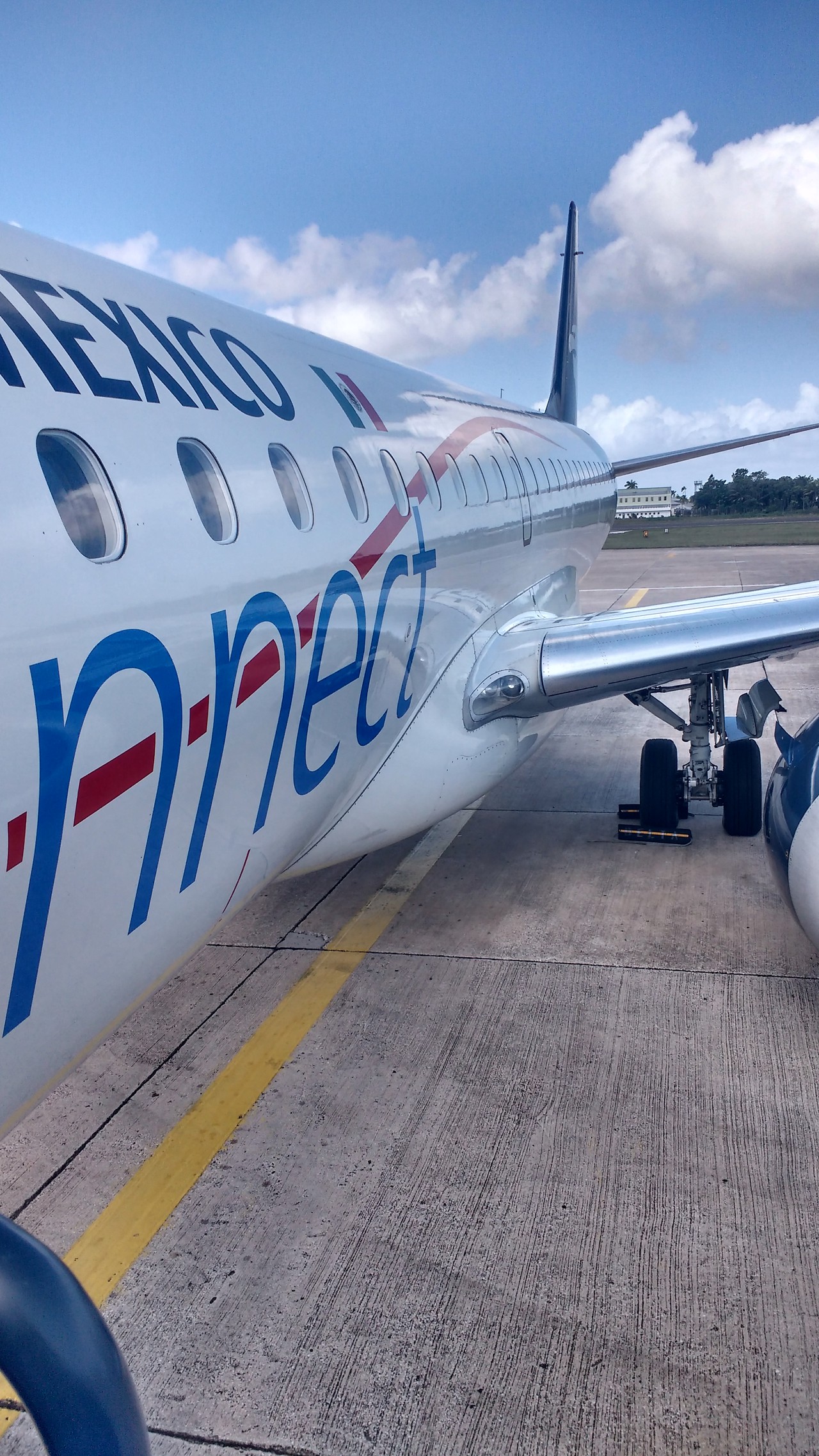 The powerful engine which makes me think about 787 engine as well. 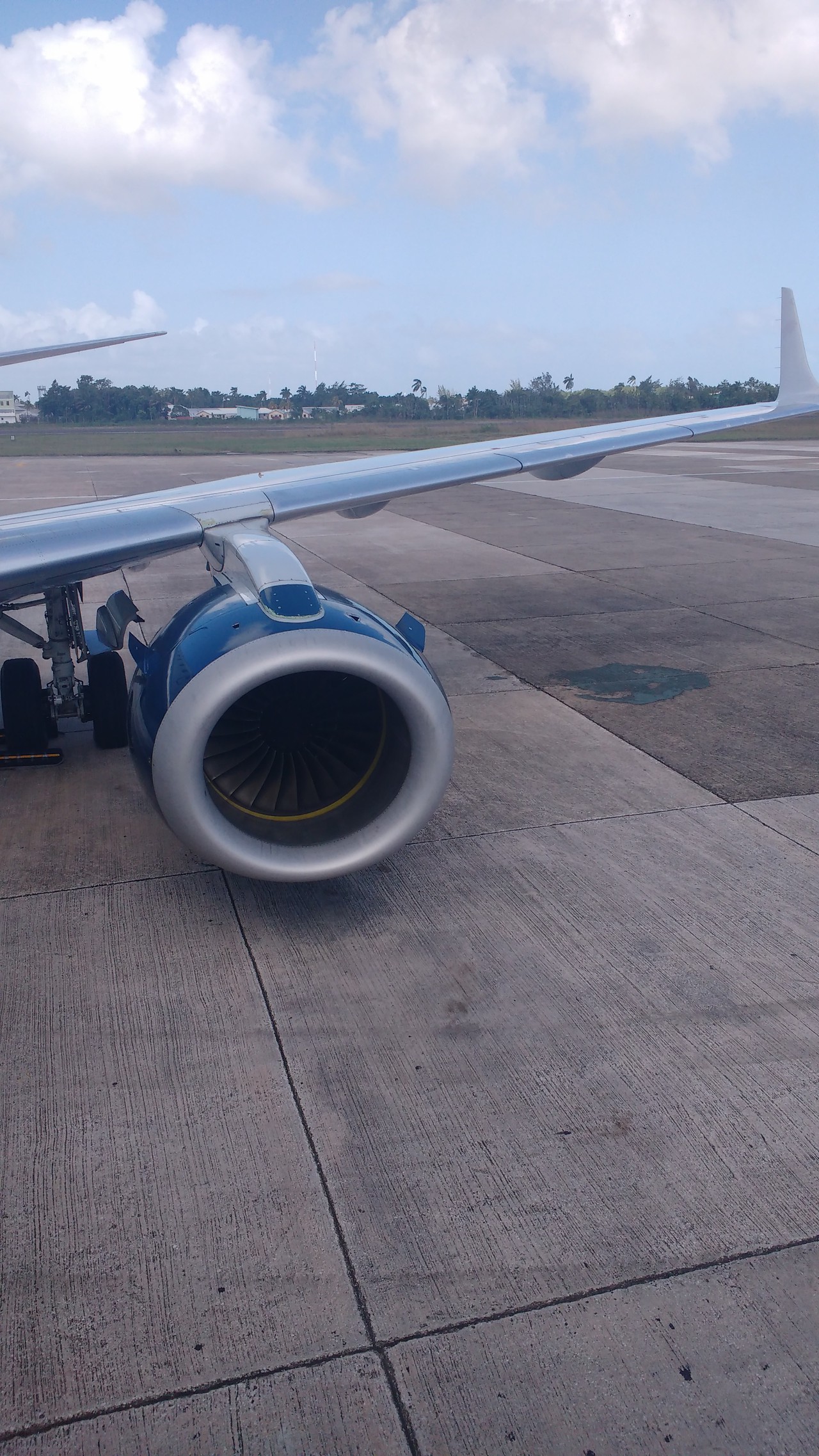 So I took my seat after putting my travel backpack on the overhead compartment that had the “AM Plus” sticker and in the middle seat there was a young nervous girl and since I was making myself comfortable with this with that suddenly the boyfriend arrived and asked me in a weird English accent if I could move to his seat at the rear so they could travel together and since I just looked at him without a word, because I was listening the whole request, he got mad and started to say things of the tone: you don’t have to be rude, you don´t have to be selfish etcetera, I even asked him if he had a window seat but since he was on his rant I bet he did not even listened me so I refused and he disappeared leaving the girlfriend there in the seat ashamed and just said something like I´m sorry he is not like that but he is nervous and I said that it was ok and inmediately she got up to join the gentleman at the back of the aircraft.
After that a nice Chinese passenger sat next to me and we realized we were on the same boat days before heading to Caye Caulker so it was more than fine and I saw that the boarding was on its final stage. You can see the main terminal building. 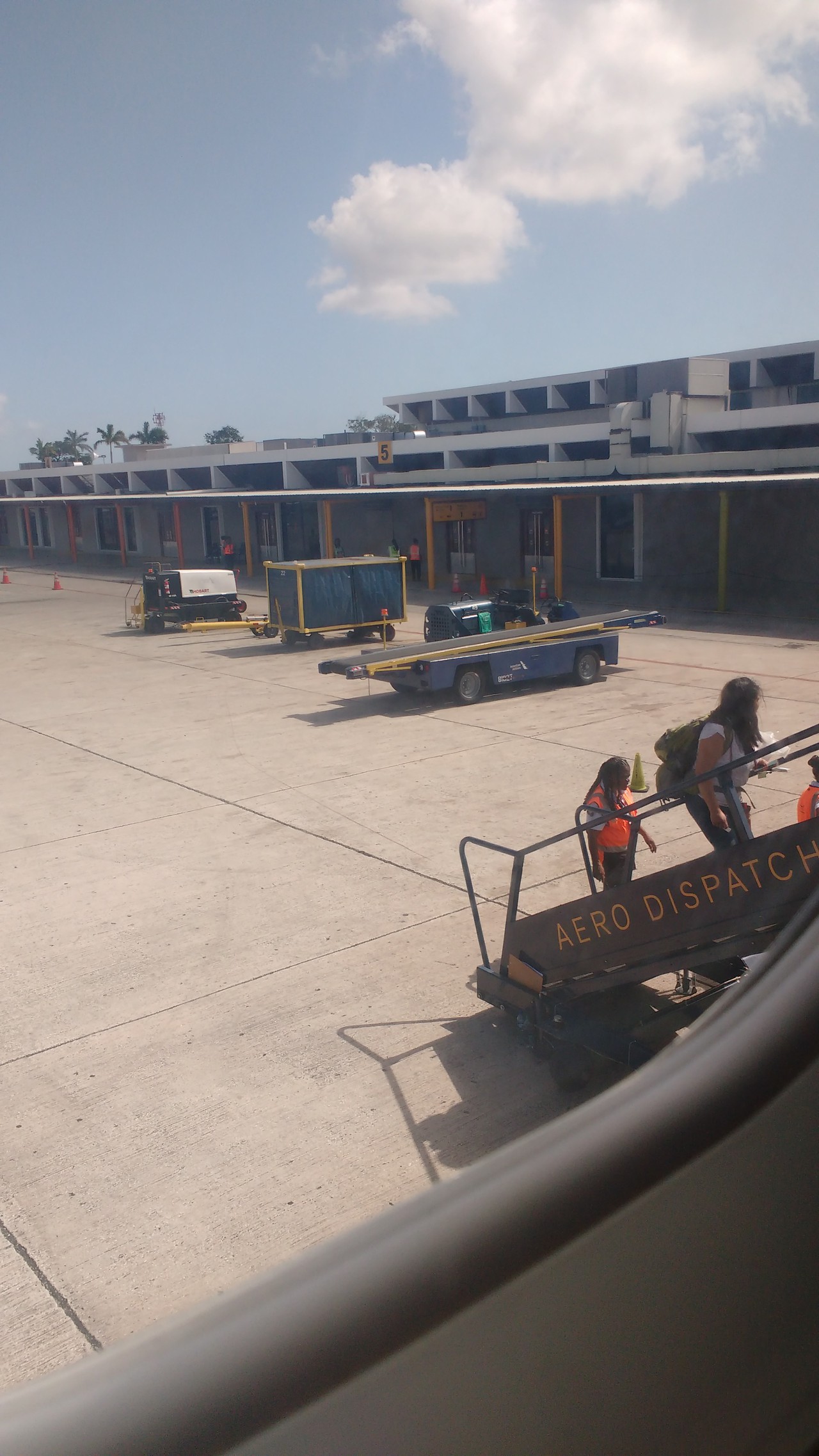 At this moment I saw for the first time a FA checking the cabinand well, they were just doing their job, nothing more wich of course is respectable. The pushback and taxi finally. (When you arrive and walk to Inmigration counters you will see a stand with maps of the country that are free of charge and they have the Belize logo in color as in the airport). 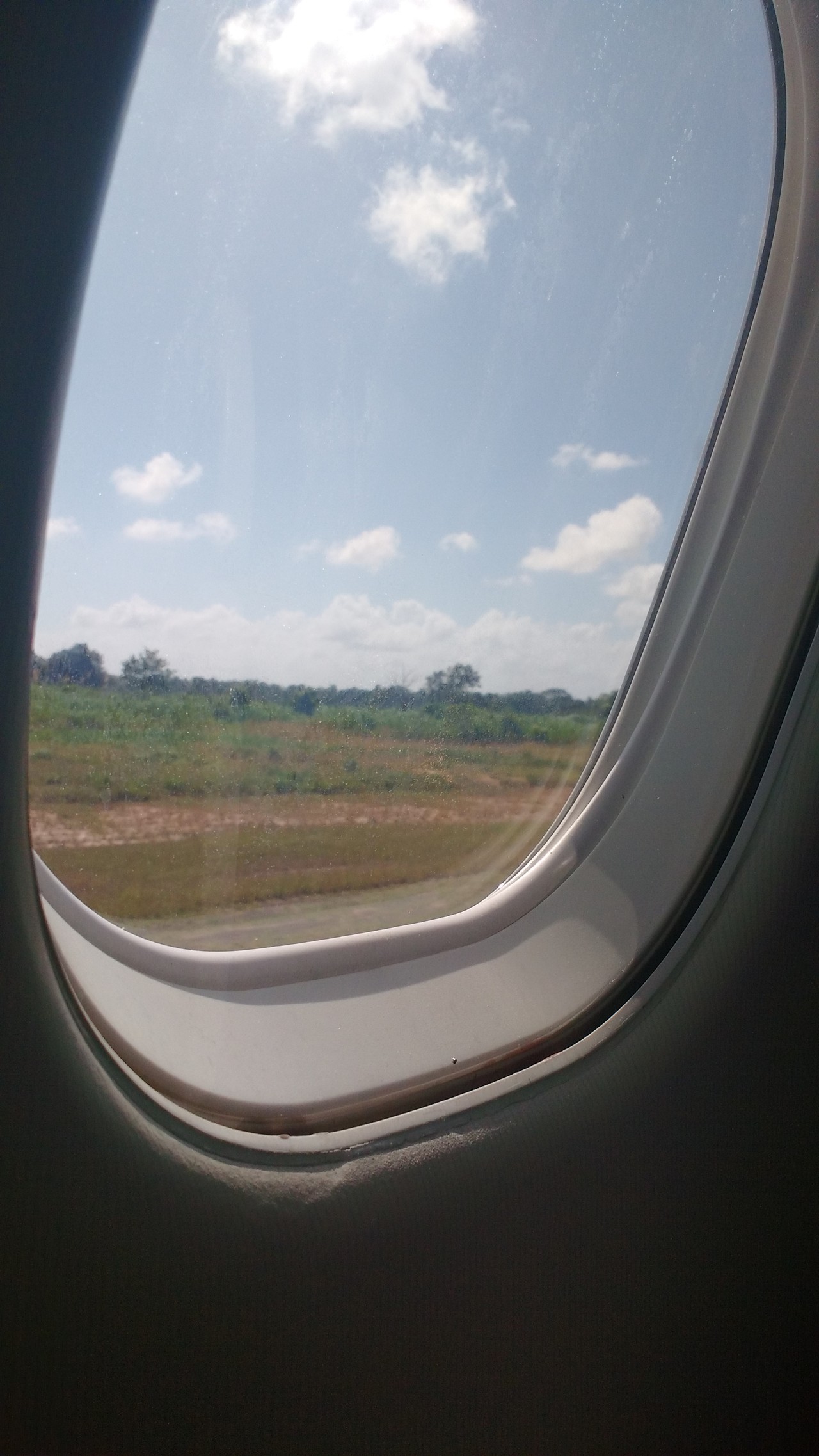 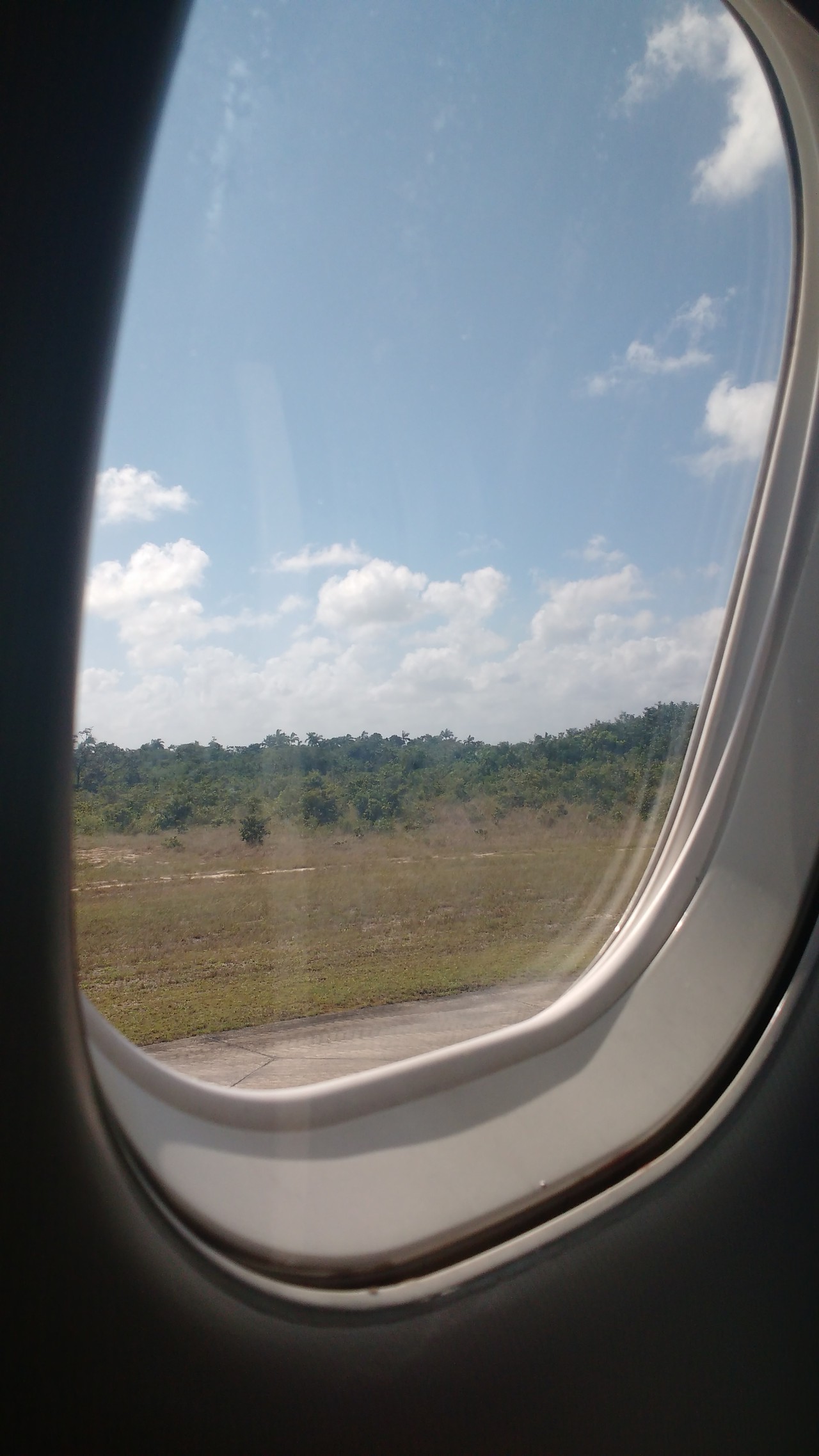 Take off was powerful and immediately you see the city and over the main road you will see the bus I talked about. 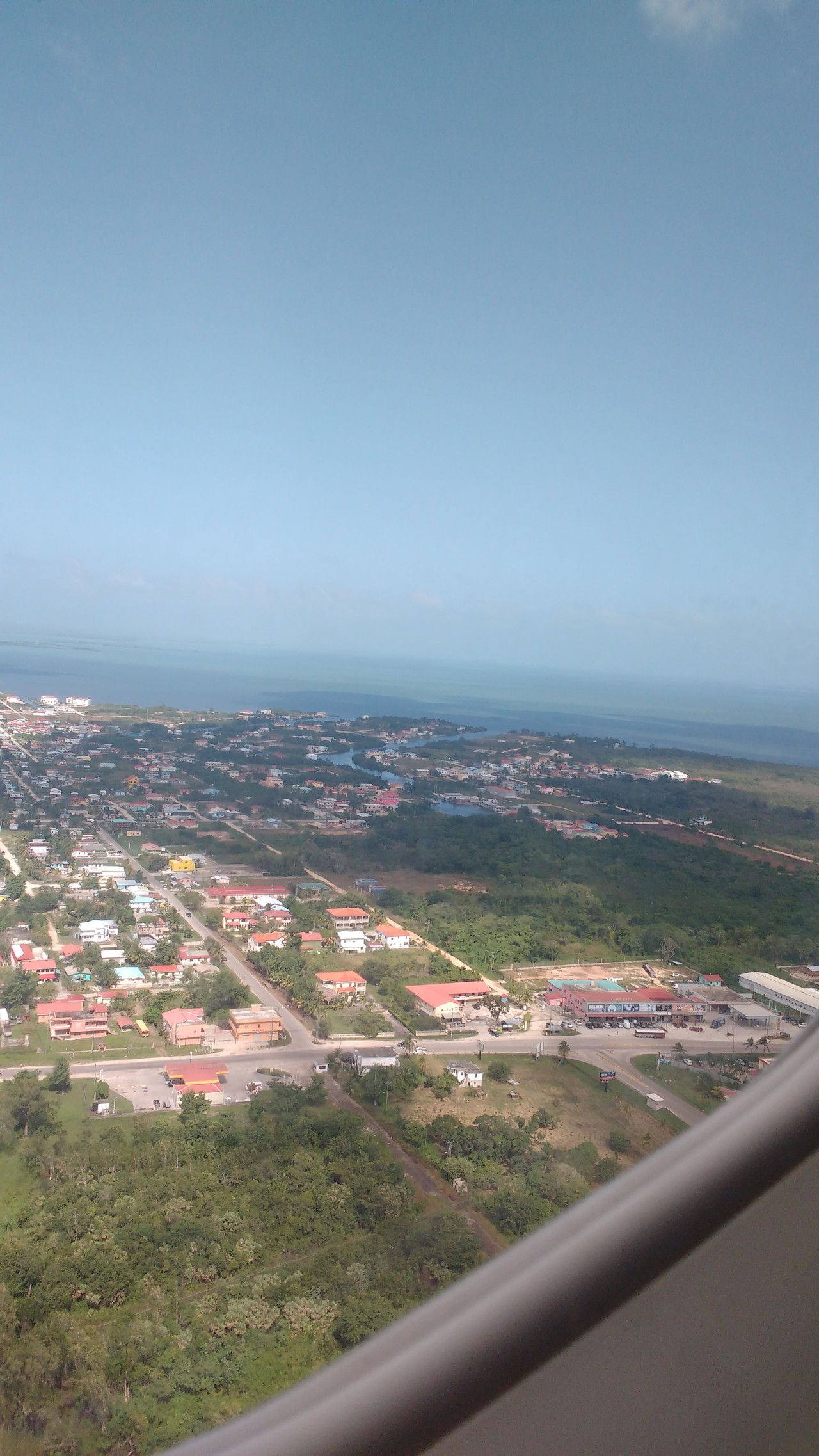 Such a nostalgic feeling when departing one city you really enjoyed… 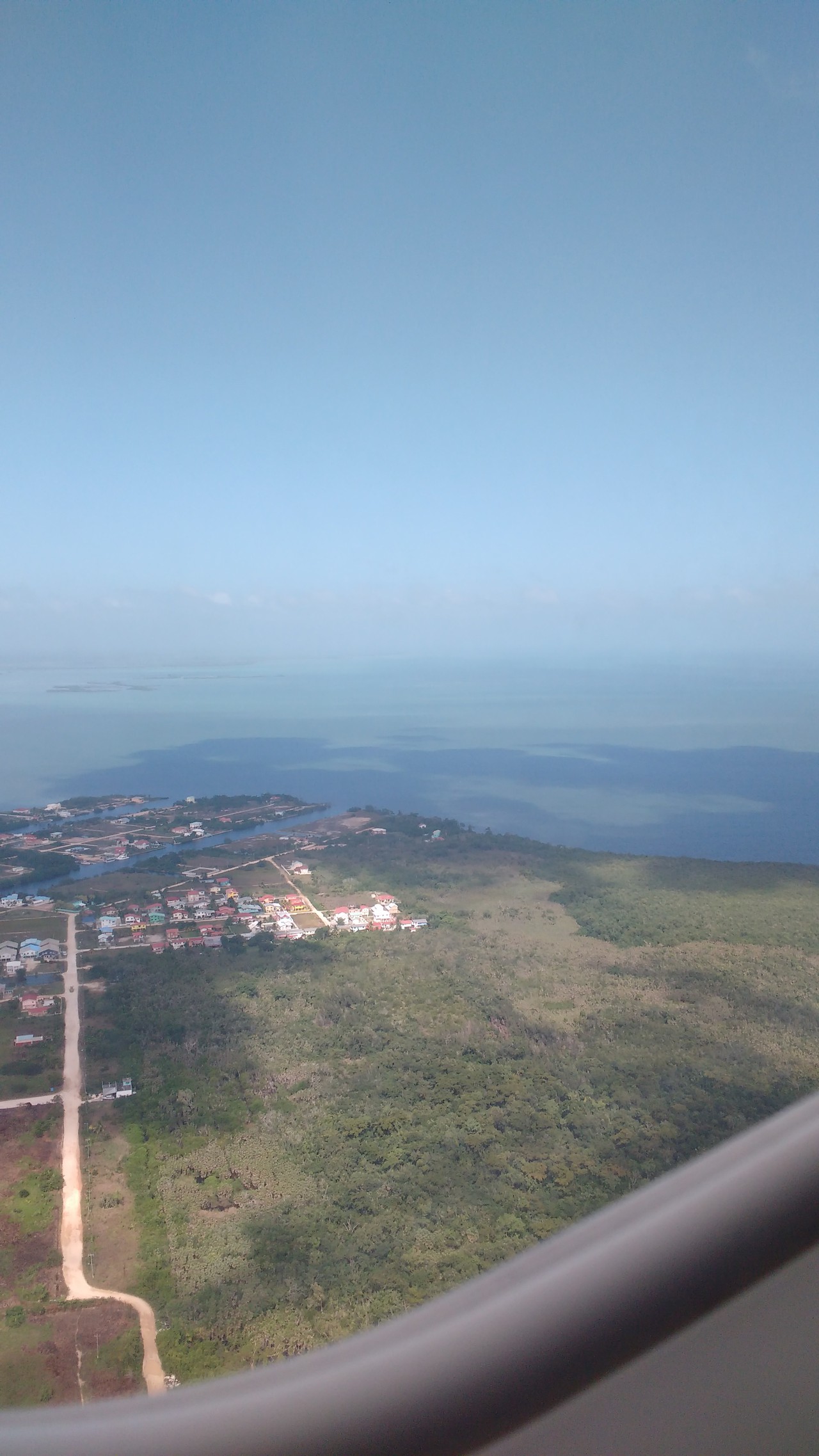 The scenic take off was breathtaking for me because of the colors and shapes I saw. 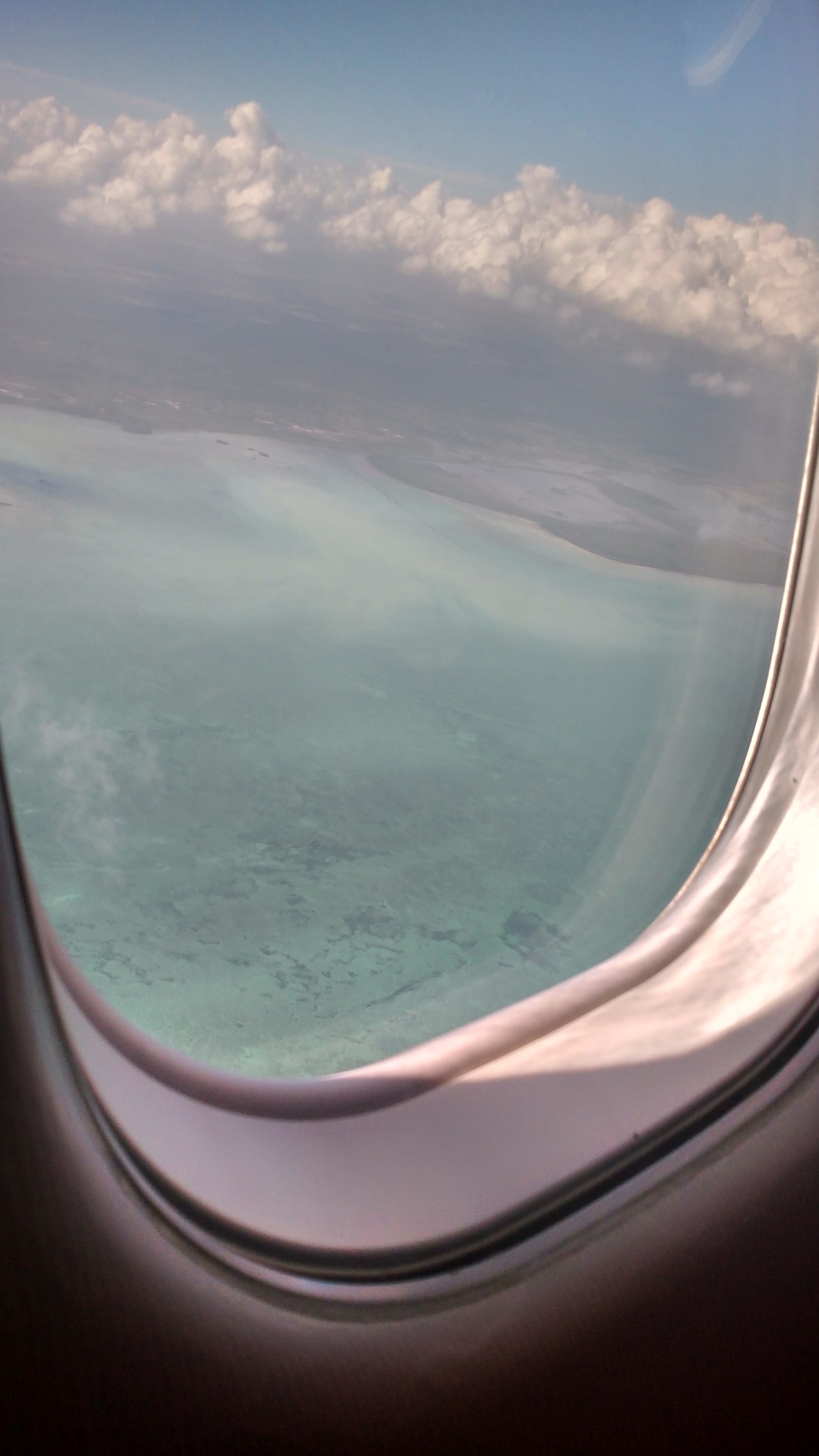 While climbing I decided to see what was on the seat pocket; the aire magazine, a Gran Plan leaflet and the safety card. The airsickness bag was not present. 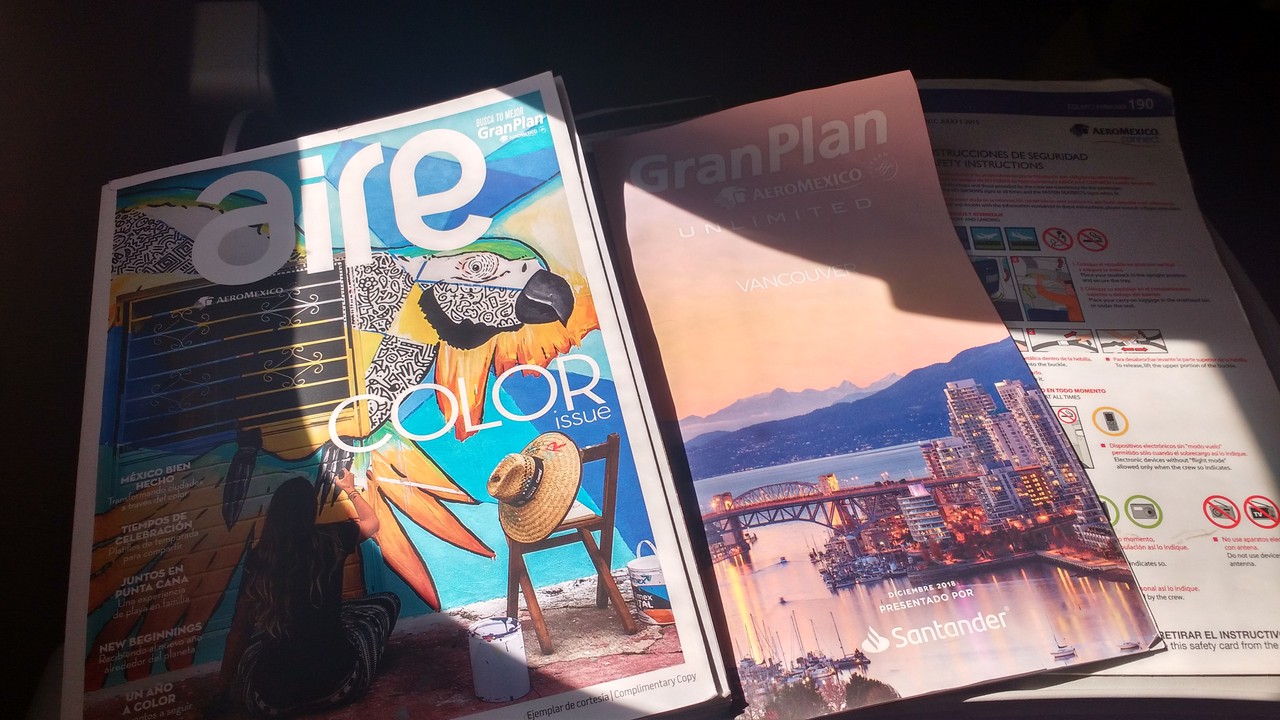 After 30minutes after takeoff the cabin crew started the service: and as you can see the catering is the same as any Mexican domestic flight which includes the known cacahuates and the beverage of your choice and this time I asked to the nice FA tomato juice, beer and tequila. I must say that I was disappointed with the offer because I thought that this being an international flight the catering would be slightly different.
The FA passed by and without any word she just provided me a FMM. 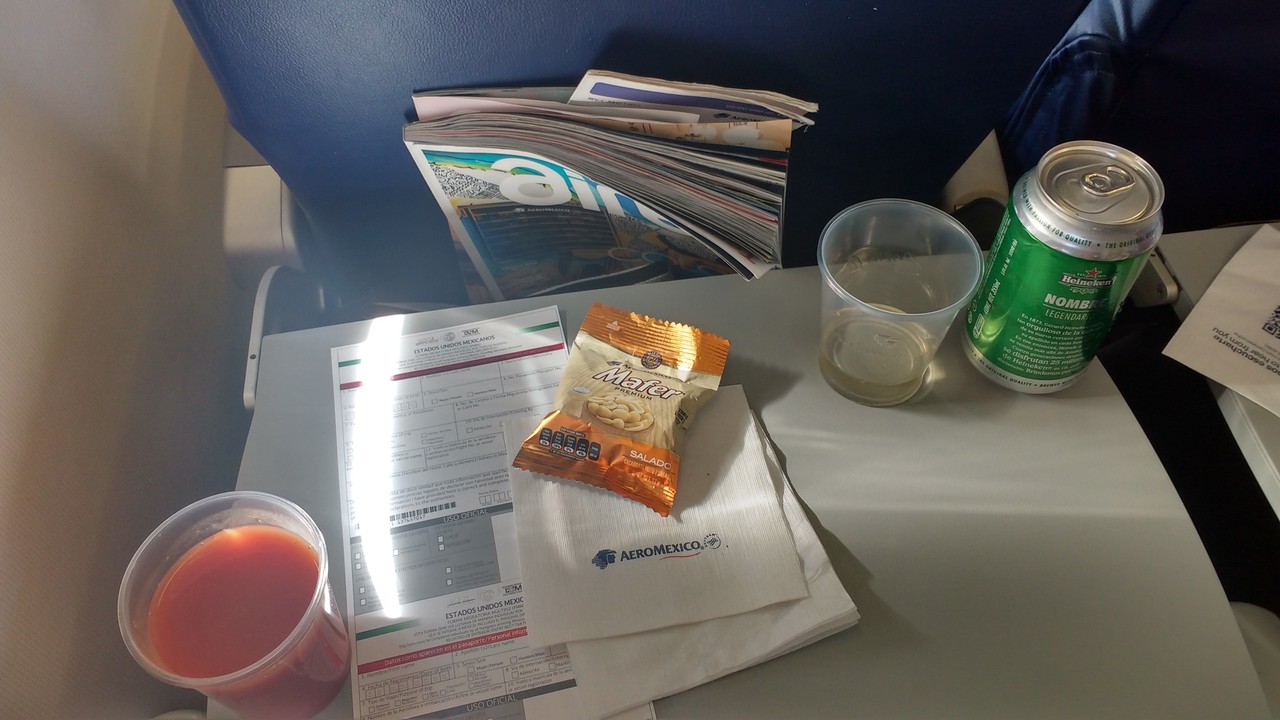 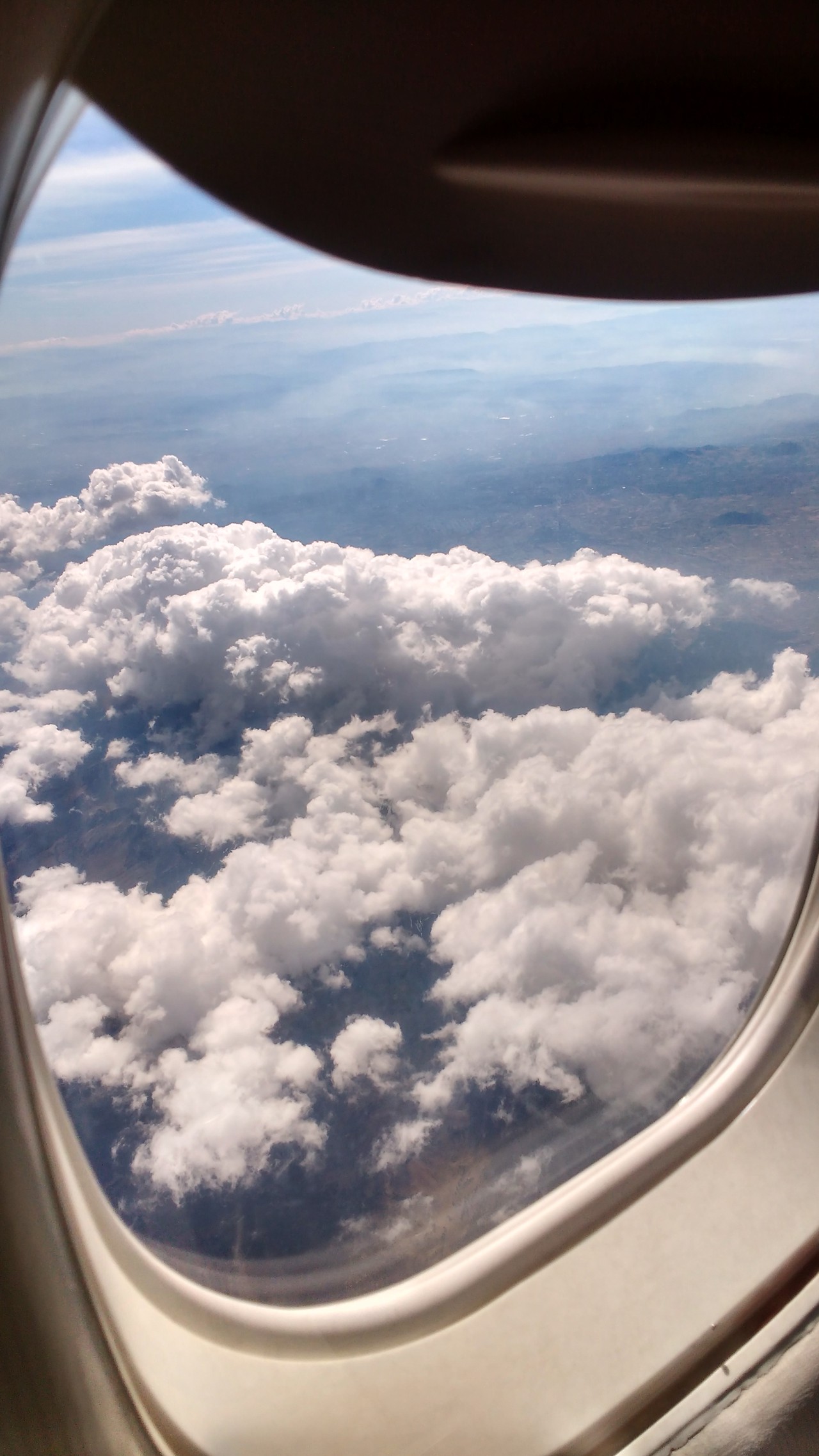 After a few glasses of tequila it was time to visit the lavatory to find the only amenity along with some airsickness bags. 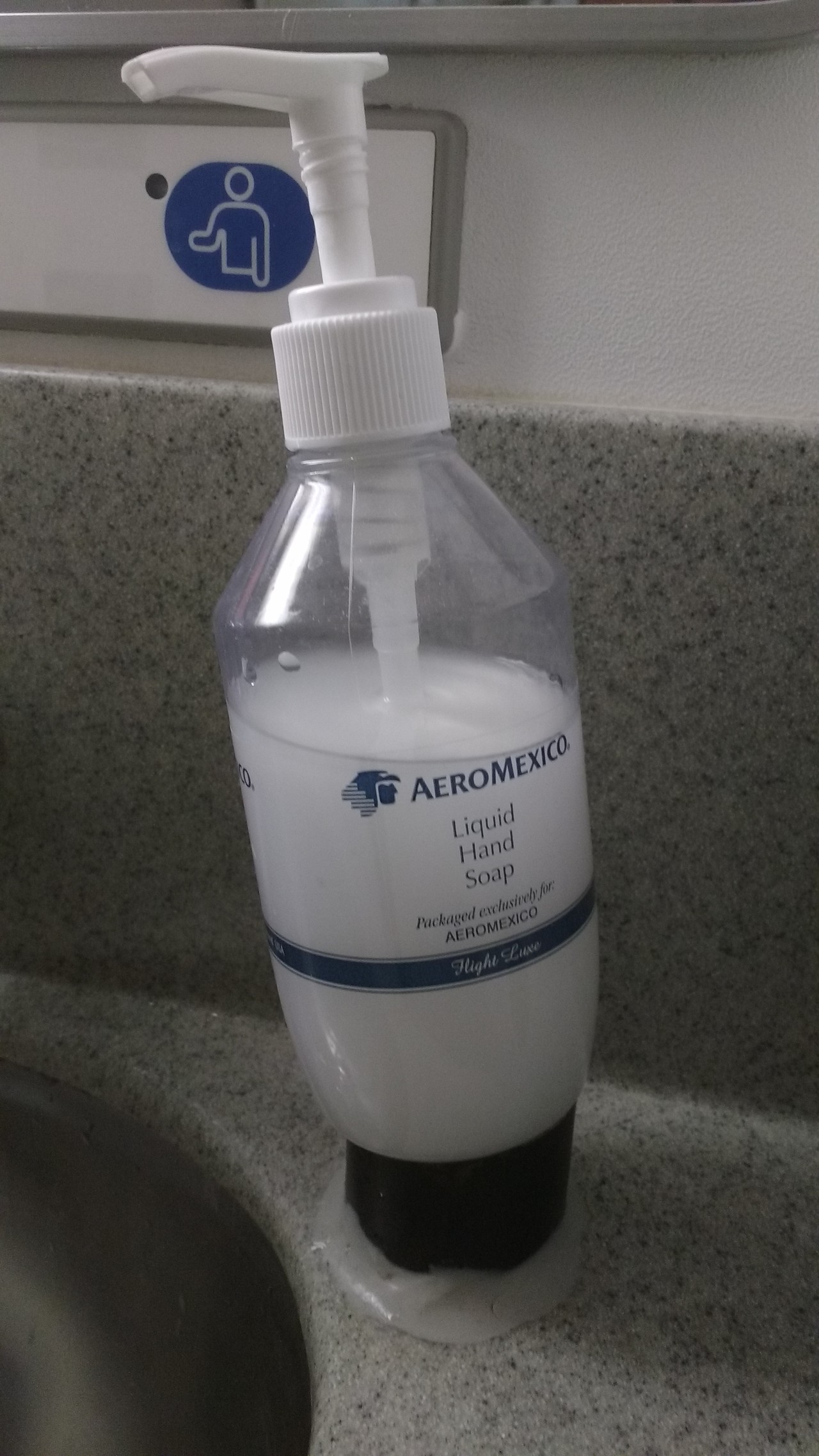 It´s a small lavatory but due to my physic complexion never had any issue while freshen up there. 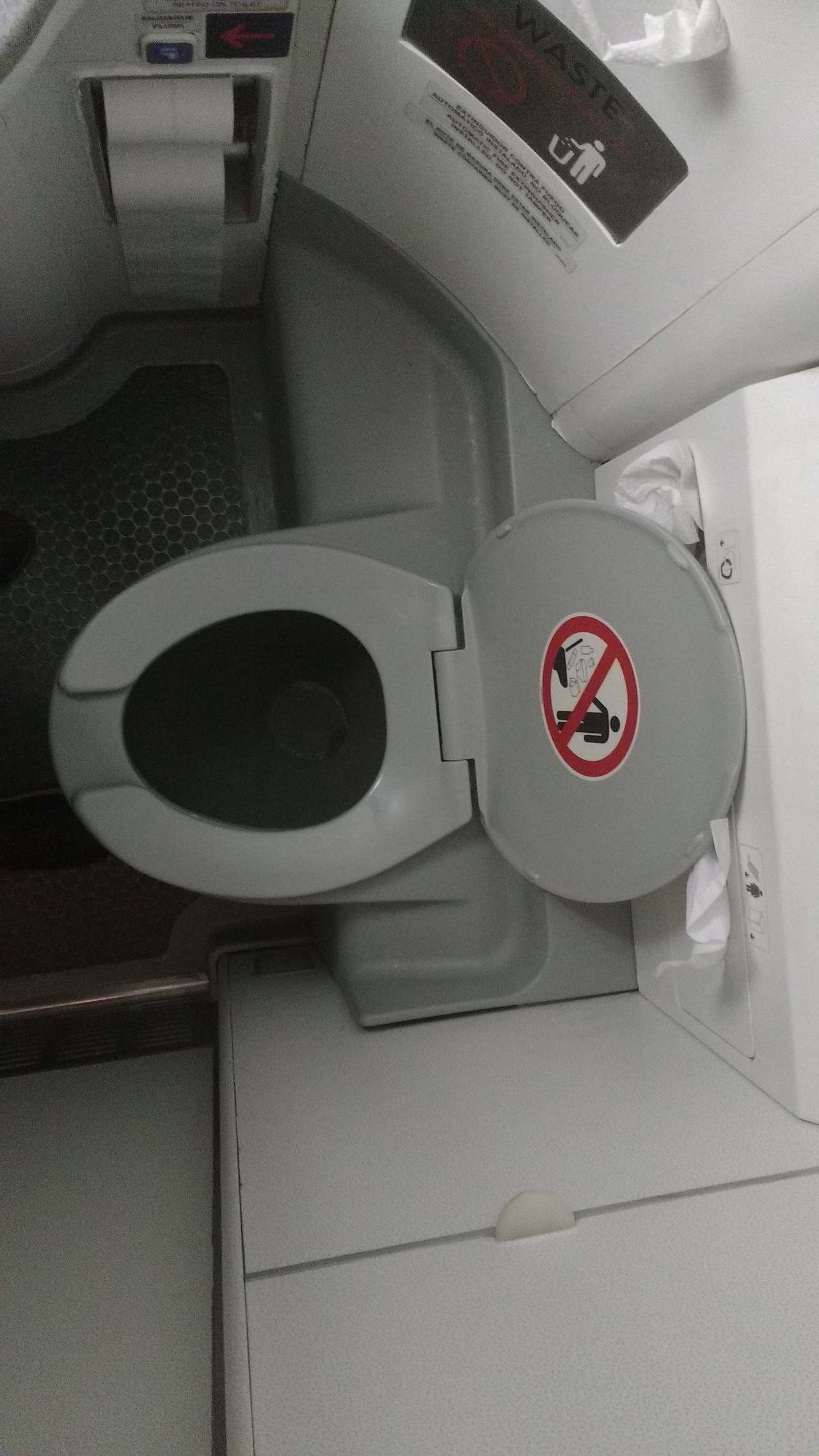 It´s the first time I see this instruction inside an aircraft lavatory. 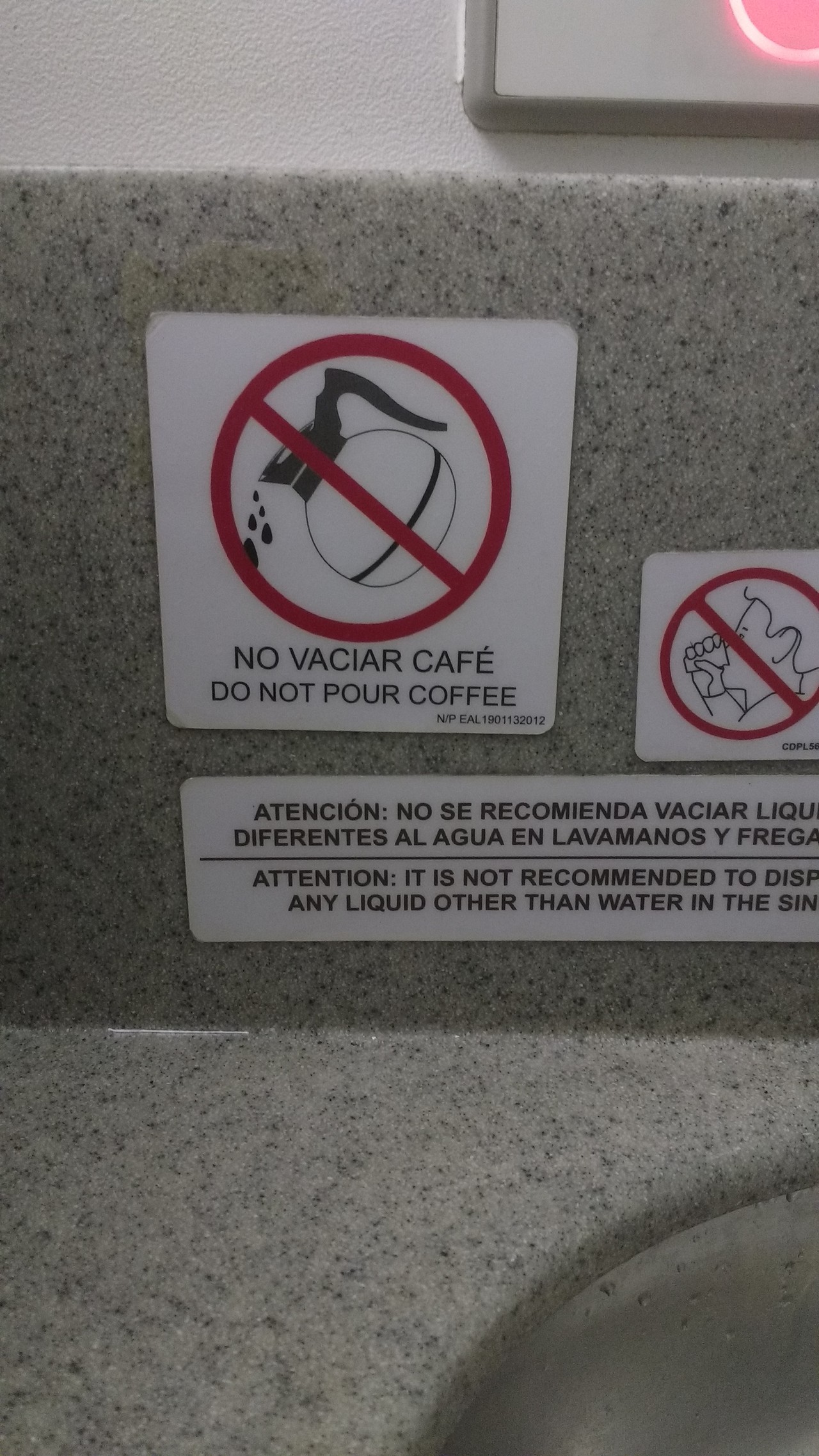 The view I had but since I´m not obsessed with IFE I took advantage of the sights outside. 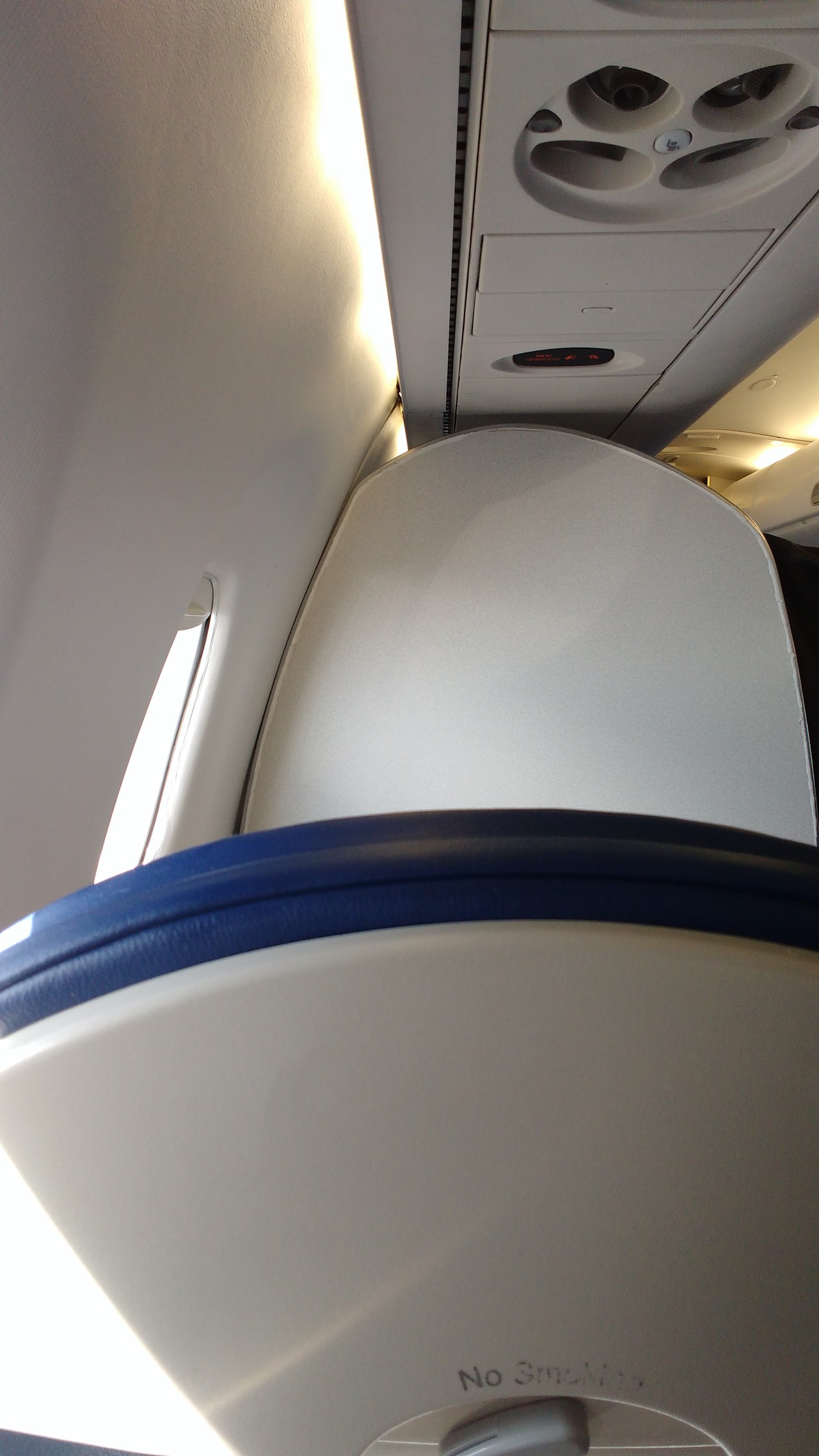 Approaching MEX and the cabin crew checked the cabin for the landing and at this point plentyof passengers were queueing to use the lavatory. 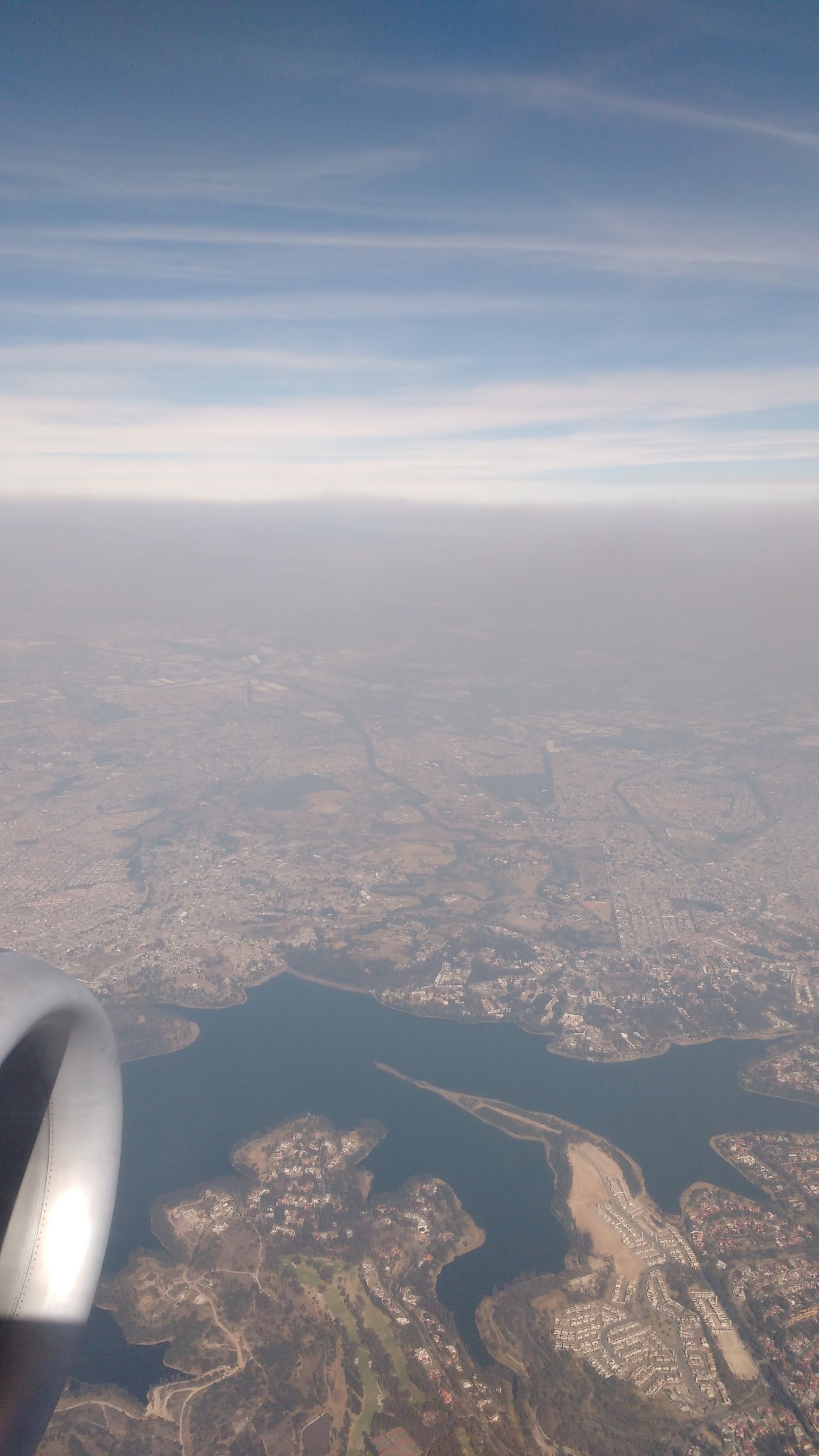 The Clase Premier cabin also getting ready for landing. The pillows and blankets were at the seats on Clase Premier, I did not see any of those items in Economy cabin but regularly the put them inside the overhead compartments in the middle of the aircraft either on international or domestic flights. 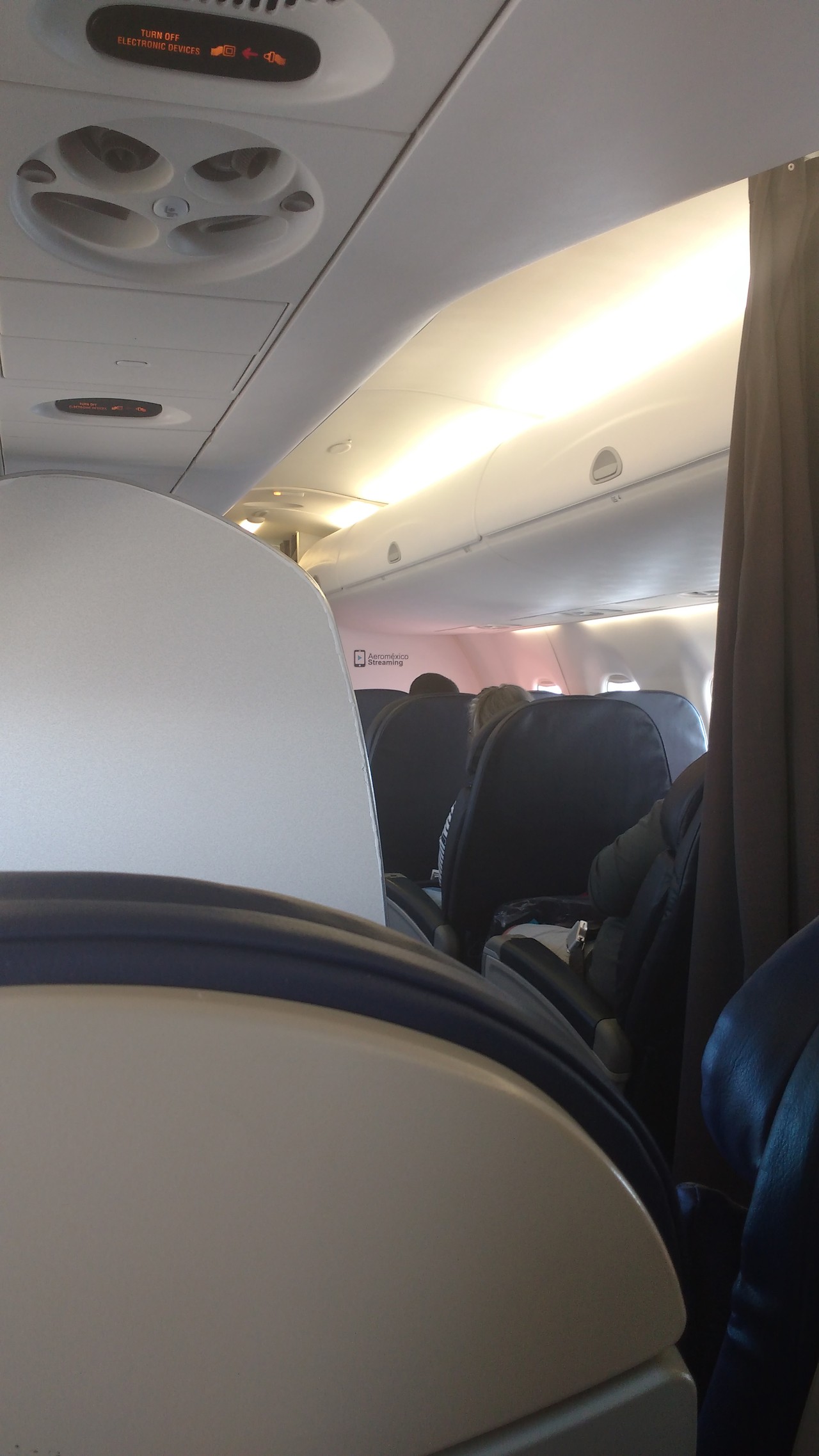 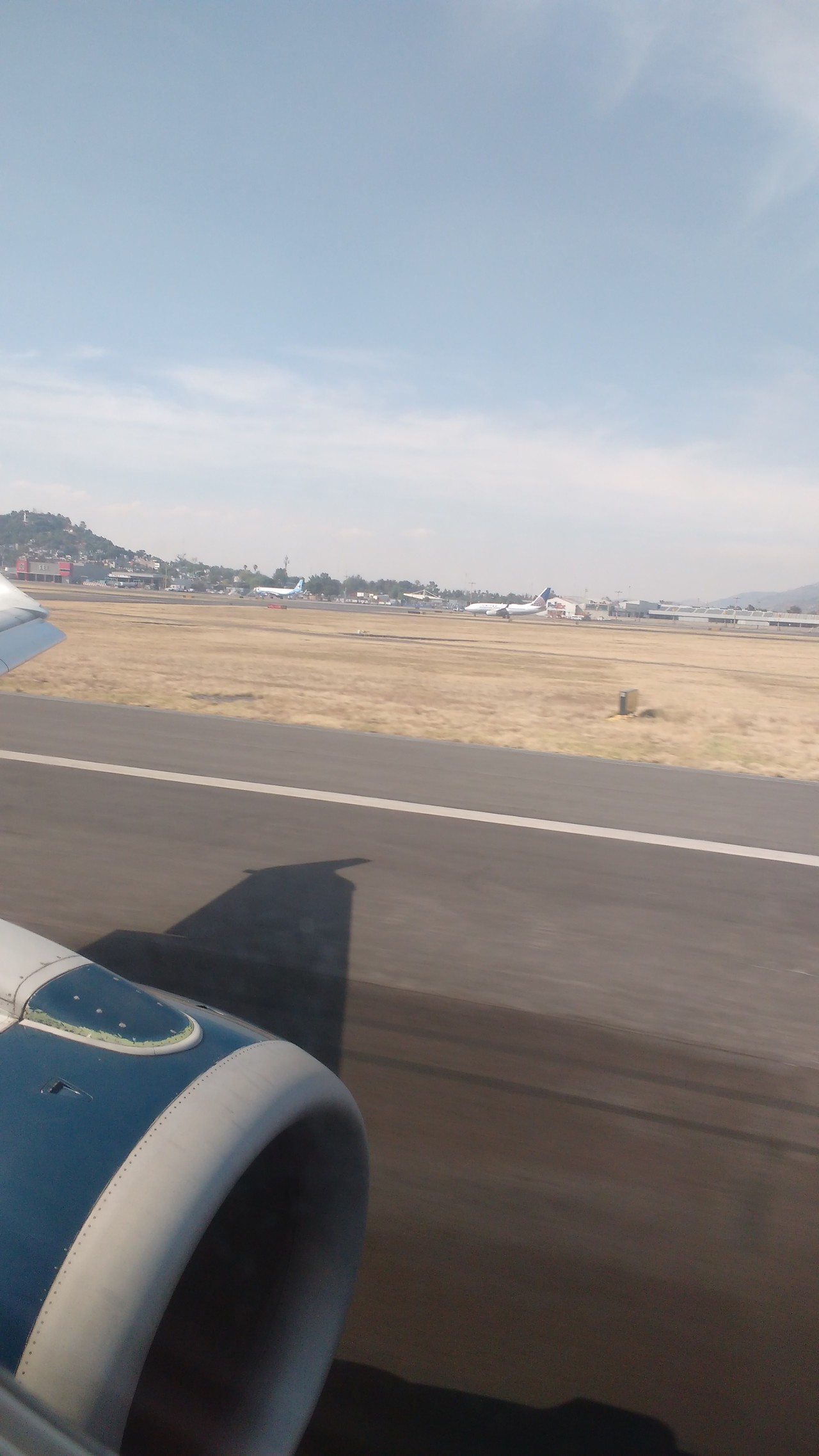 The cabin as I disembark. 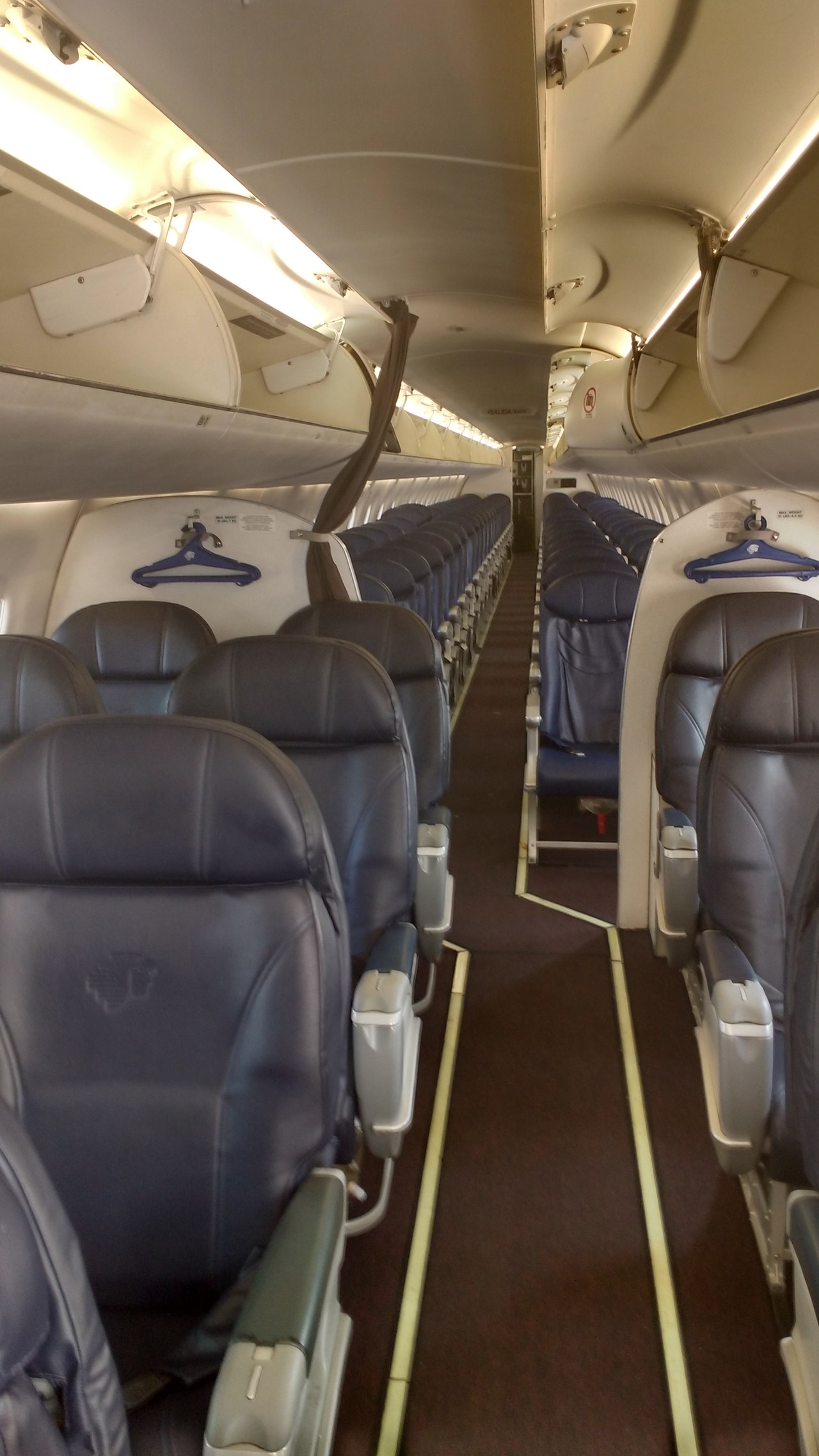 A final view of this Embraer that took me back from the last Central American country I was missing a travel to. I hope you enjoyed this FR and, have a nice day and take care! 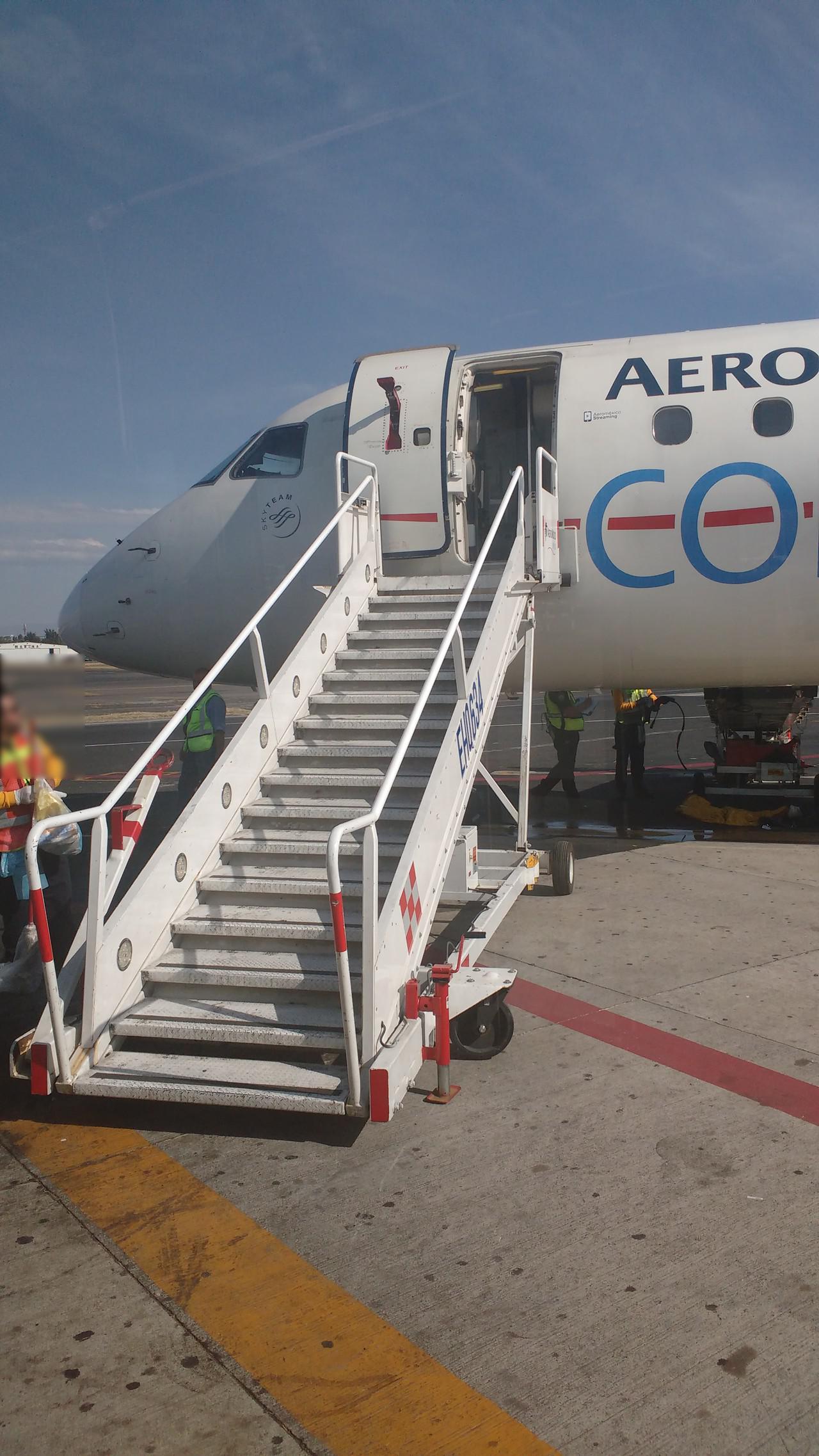 All in all this was a pleasant flight tough I was expecting a different snack service, and about the delay we actually never got any feedback from the ground staff or the fligh crew but it is understandable when a new route is opened as in this case, this was the first non stop flight between MEX and BZE and was set as a seasonal flight. Unfortunately I have not seen this flight resumed which is a shame and that is why I really enjoyed it.