By mrWISE 1325
Published on 6th March 2017
I've been reading reviews here for awhile, and I think it's time to give my small contribution. Here goes!

I'm going to review about my flight experience with Malaysia Airlines from KL to Jakarta. I only went to KLIA for transit from Singapore before my flight home. You might be wondering why didn't I go directly from Singapore to Jakarta as there are plenty of flight from premium to low cost airlines. Here are several reasons:

1. I got a very good deal that costs basically less than most of low cost airlines
2. It has a HUGE luggage allowance ~ 30kg and I brought A LOT of stuff
3. I want to experience Malaysia Airlines

Me and my wife arrived from Changi to KLIA exactly an hour before our flight since there was a weather delay back in Singapore, so we didn't have much time to explore the airport. It's not as neat as Changi, but for me it's much better than Soekarno-Hatta in Jakarta. When we arrived at the gate entrance, there was no line at all as most passengers are already waiting inside the waiting room. The security was fast and efficient, no need for us to remove our laptops from out bags, although I think the metal detector is overly sensitive since every time I pass the detectors in KLIA it always beeps, unlike in Jakarta or Singapore with the exact same clothing.

We were waiting for around 15 minutes while filling the custom declaration form before they started calling us to board. The boarding process was a bit messy as most don't obey the announcer, although it's still nothing compared to boarding flights in Indonesia.

The flight attendant, in my opinion, was not very friendly. She NEVER smiles along the flight, asking passengers to put their bag inside the storage space rudely even when he's not sure where to put since most are full, etc. I'm already accustomed with the flight attendants in Indonesia which I think is one of the best in the business, so I think I set my bar pretty high. I had the same issue with rude attendant when flying with Delta Airlines from Tokyo to Detroit several years ago. Is it just me? I'm not really sure though…

We got the back line of emergency exit seat just by the wings, so leg space is not a problem. We thought the seat could be reclined as some airlines have this, but unfortunately not for this flight. 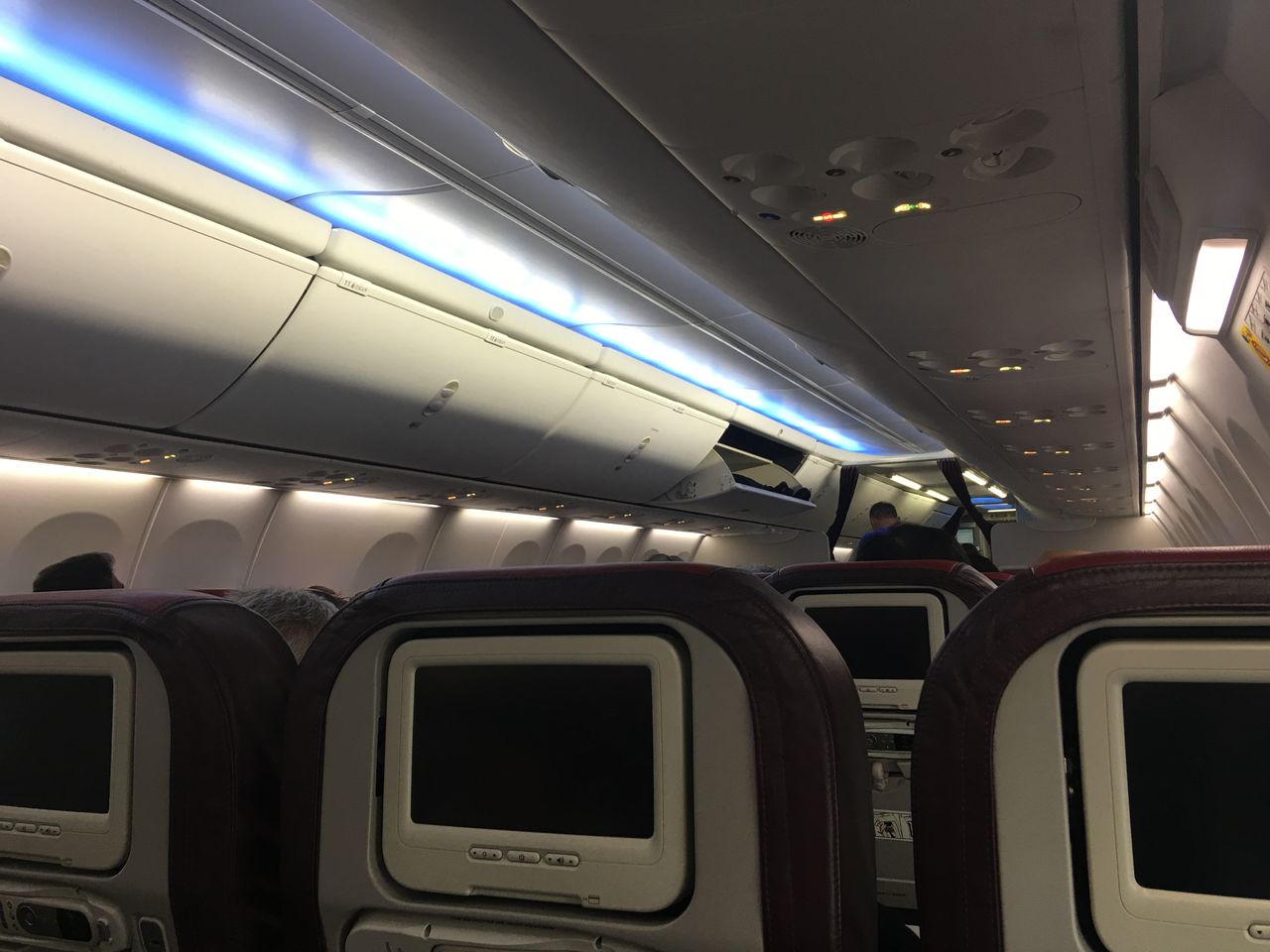 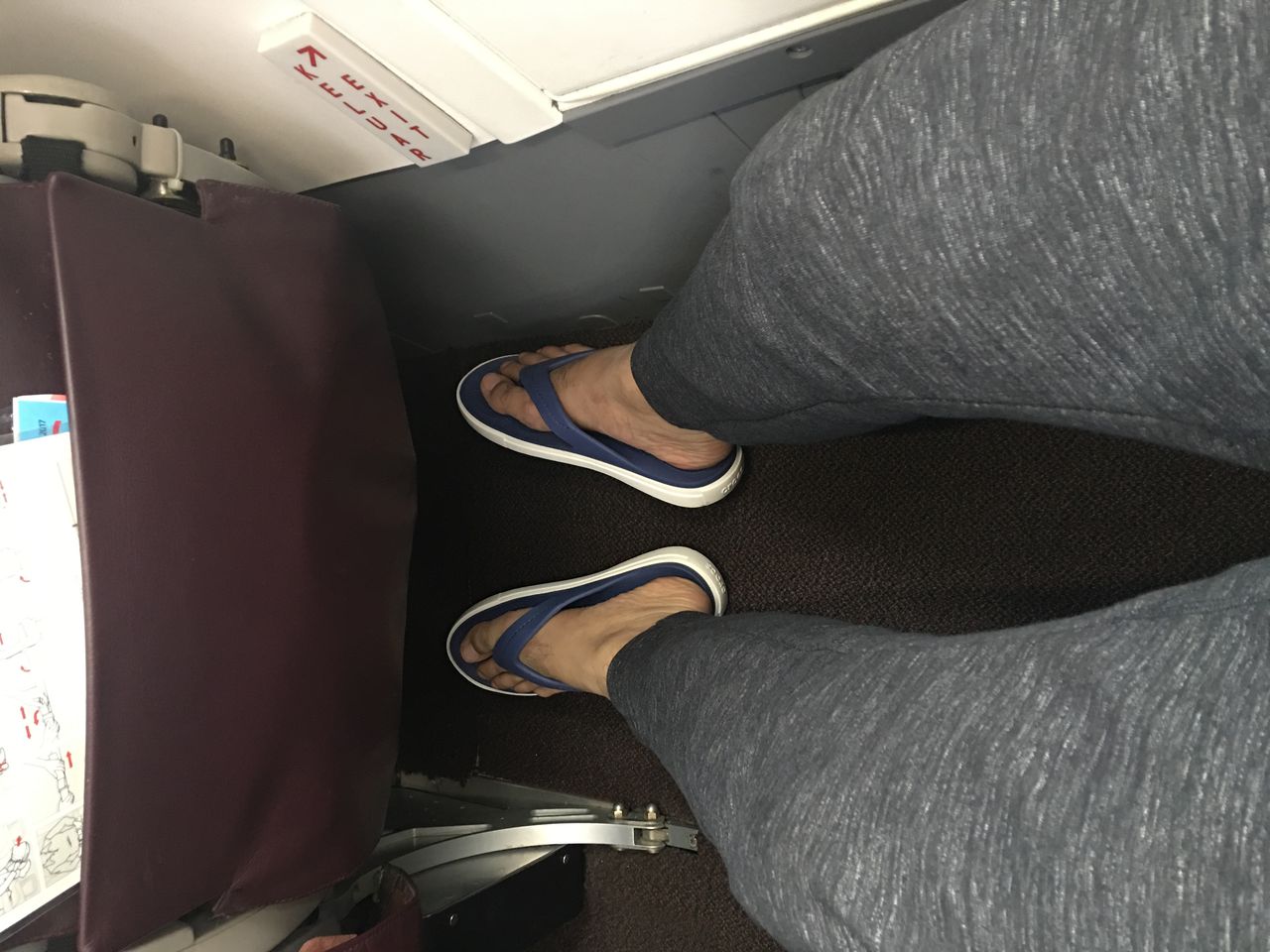 Window view from our seat In-Flight Entertainment is a bit old. The screen was not really responsive (I figured pressing with nail helps as I didn't want to disturb the passenger in front) and there's an obvious 1-second delay. The selection of movies and musics were decent. 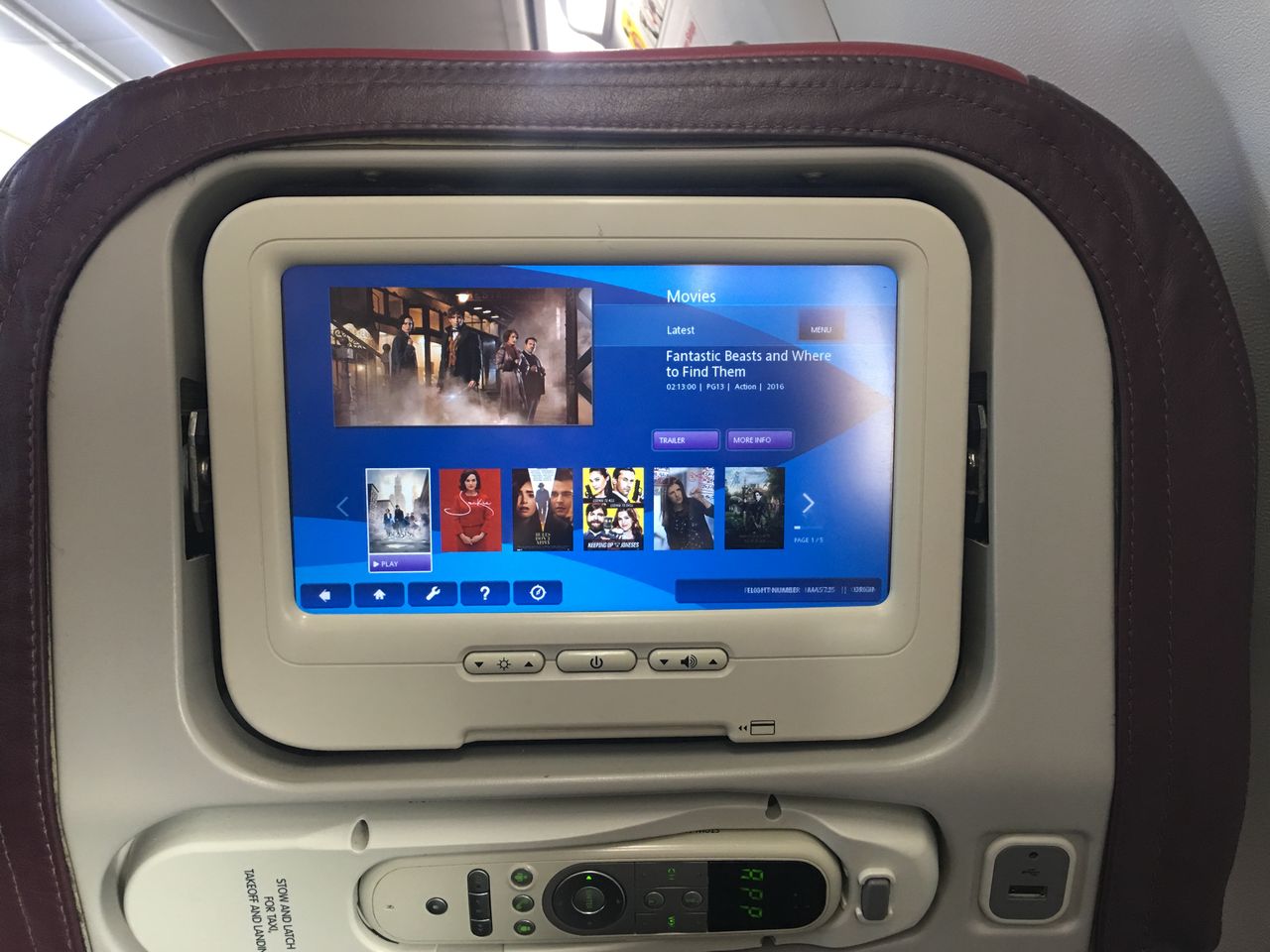 The pilot told us that we have to wait for transit passengers for around 15 minutes before departing. The plane was quite full. Some passengers have to put the cabin luggage away from their designated seat.

Luckily I flew during a golden hour just before sunset. My window was facing west, so I got a really great view of the sun setting slowly. Really takes off my fatigue for the day. 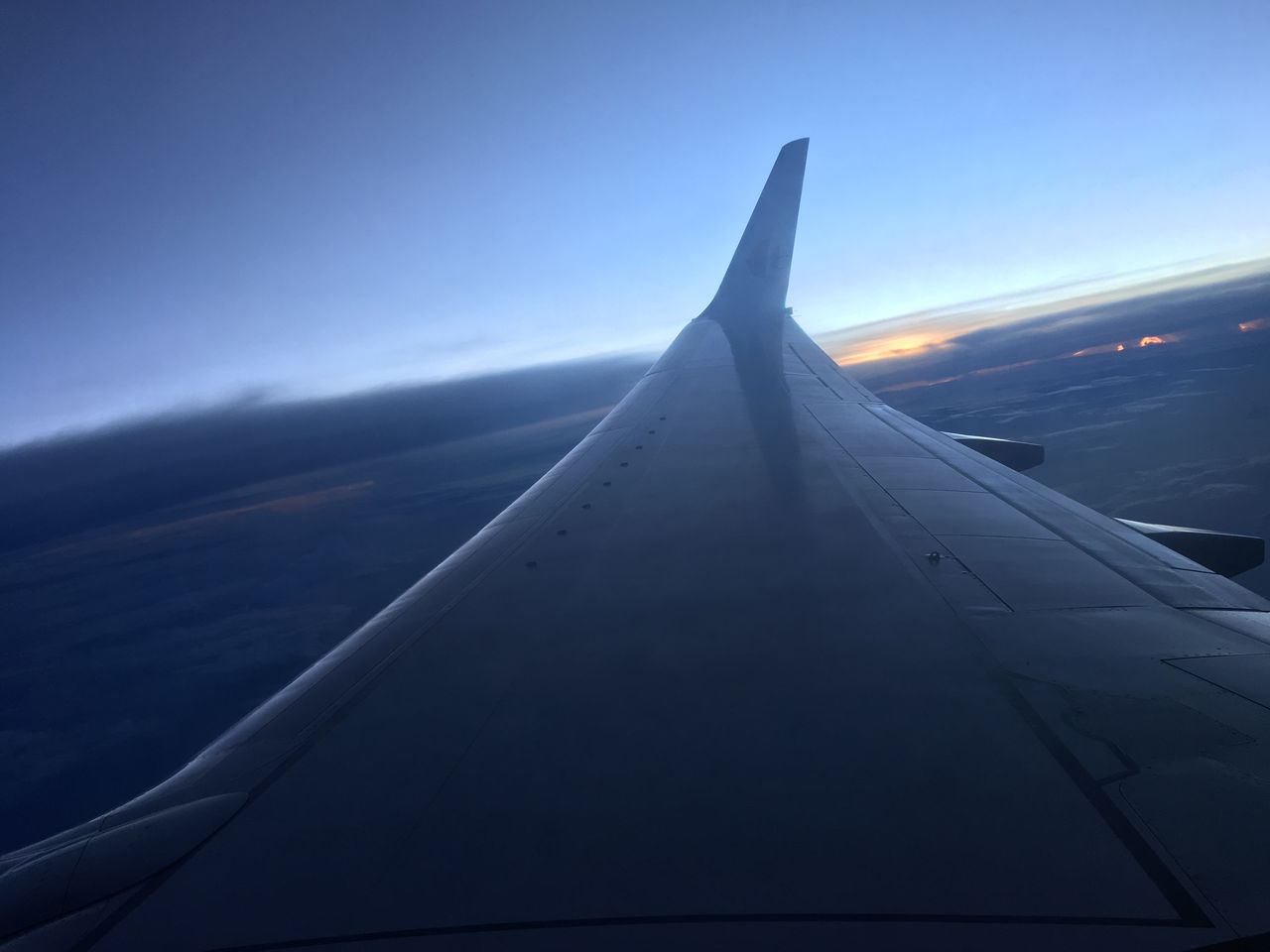 We got a hot meal for this flight with the selection of fish or chicken rice. Unfortunately the fish is out when the attendants reach my seat so we only got the chicken. I'm not complaining though since I was super hungry. The taste was decent. Since the flight was quite bumpy early on, hot drinks are not served. 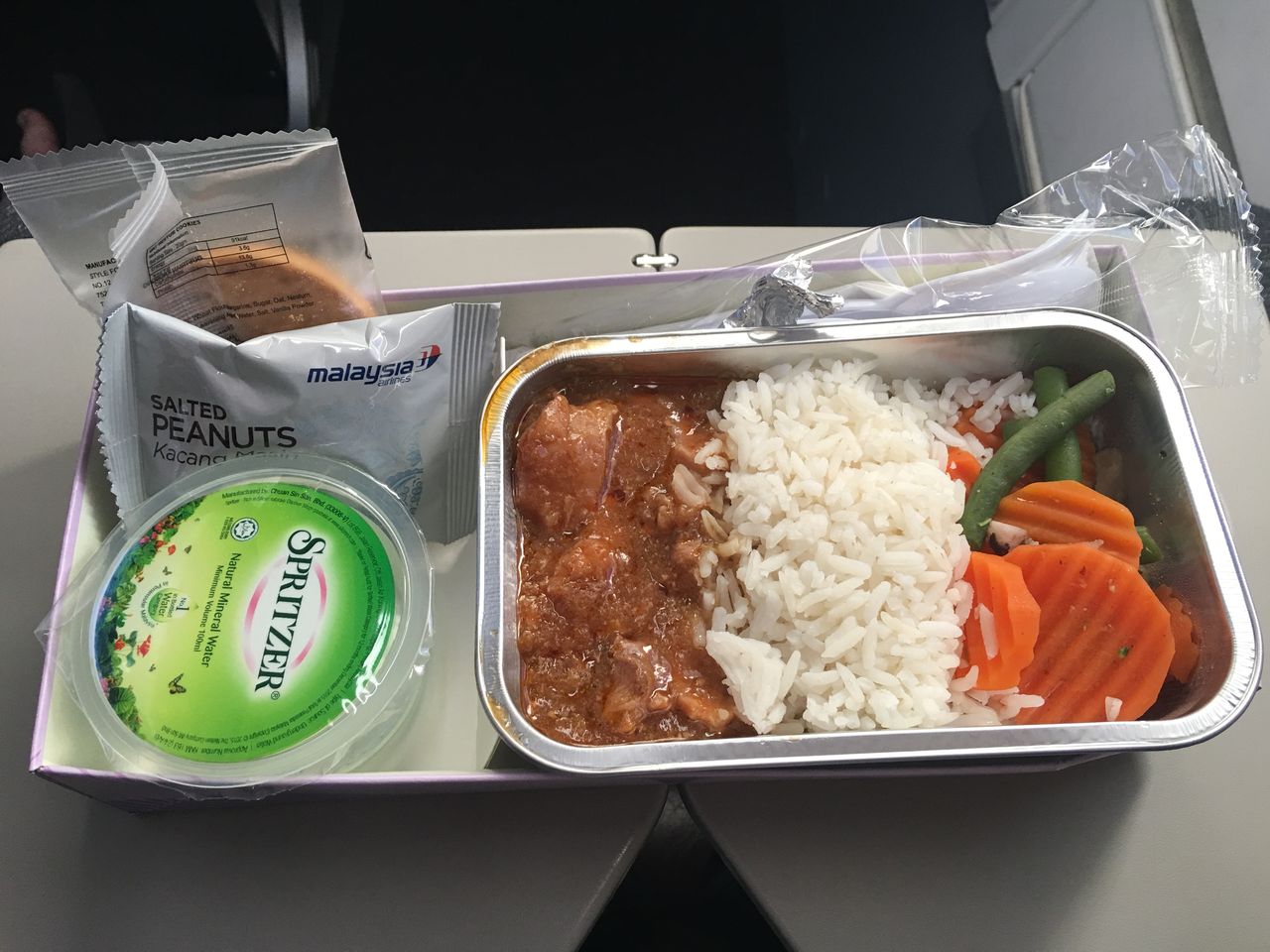 While looking for the socket for headphone, I realize there's a power outlet just below that (in addition to the USB port just beside the IFE screen). I didn't try it though and just looking at the picture now, it does not seems to be functional 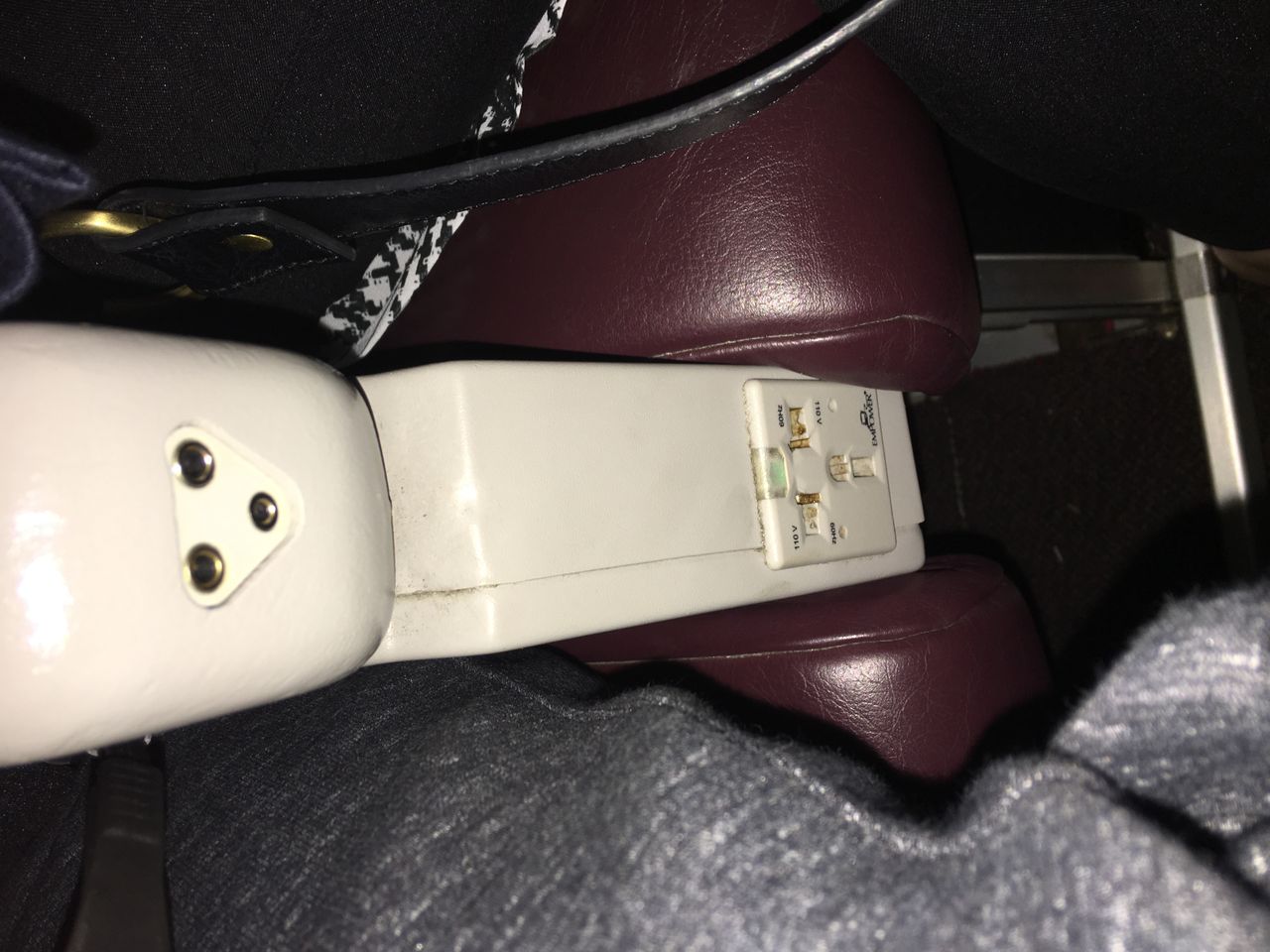 The flight was overall smooth, with a few cloud bumps in the early period. We arrived at Terminal 2 of Soekarno-Hatta Airport. The immigration line for locals was practically empty, although there was a long line for foreigners with all the booths filled with officials.
See more

My only main concern is the flight attendant, but I'm sure others would react differently, so I think it's just a matter of personal preference. I didn't have the same experience with the attendants during my MAS Jakarta-KL-Singapore-KL flights, as they were very friendly and helpful. It's just unfortunate that I decided to review this particular flight :-) would definitely fly with MAS again in the future if they could offer this kind of price again. I don't mind transits as I really enjoy airports ambience.

I hope this review helps and expect a more comprehensive review of my upcoming Cathay and JAL flight next month!

The contributors of Flight-Report published 18 reviews of 4 airlines on the route Kuala Lumpur (KUL) → Jakarta (CGK).

The average flight time is 2 hours and 2 minutes.