#36 out of 80 Airlines A minimum of 10 flight-reports within the past two years is required to appear in the rankings. 93 reviews

By 767 traveller 1754
Published on 2nd August 2017
Hi and welcome to the second leg of my journey from Seoul to Lima with Aeromexico. The first flight can be found here.

After I had to re check my bag in Mexico city, I went upstairs through security which was quick and I was off to find the AM lounge. The lounge dragon was actually quite friendly, I asked if he had any window seats open for my next flight (the agent in Seoul just randomly assigned an aisle seat without even asking) and he offered an exit row. Score! 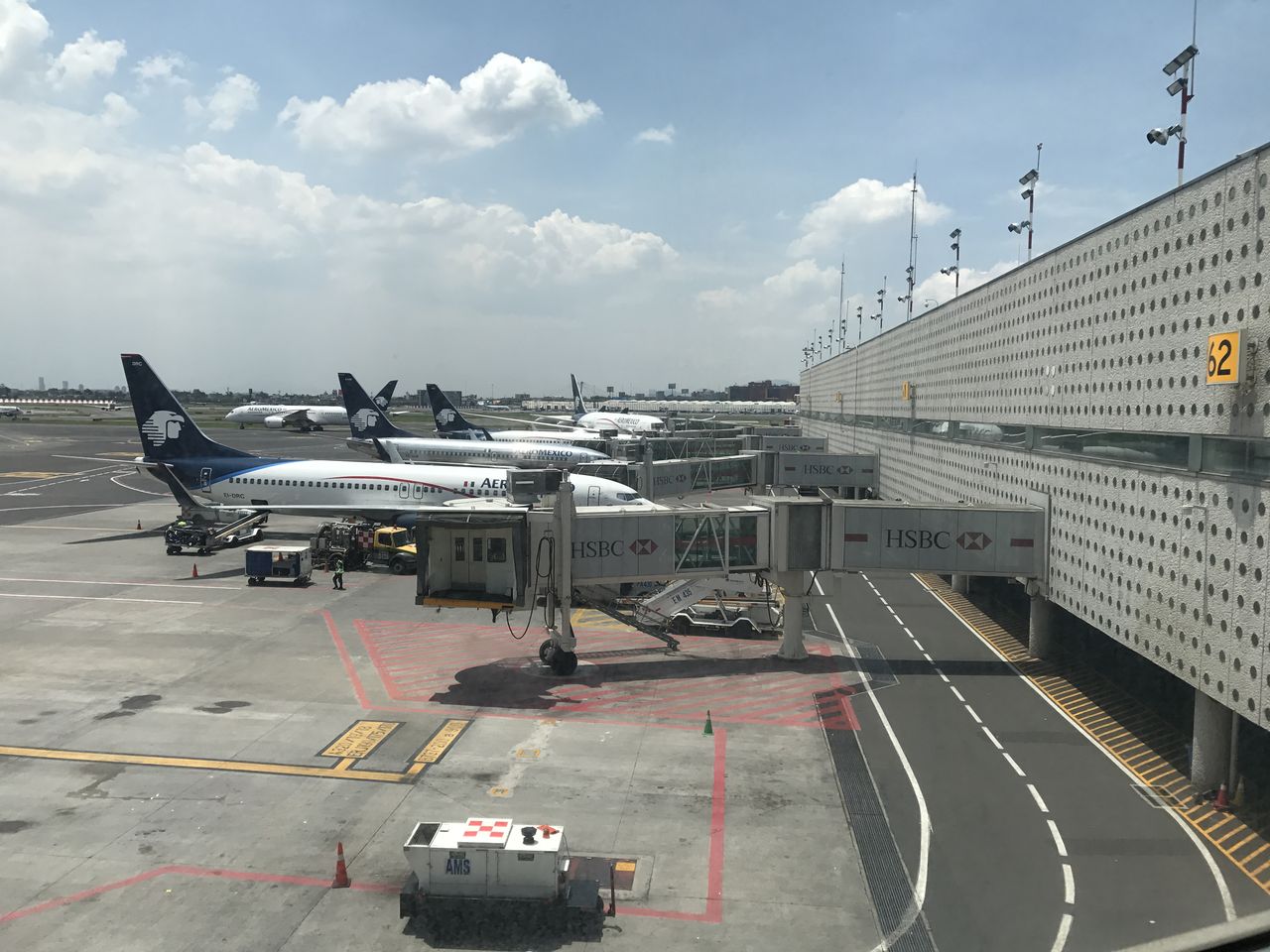 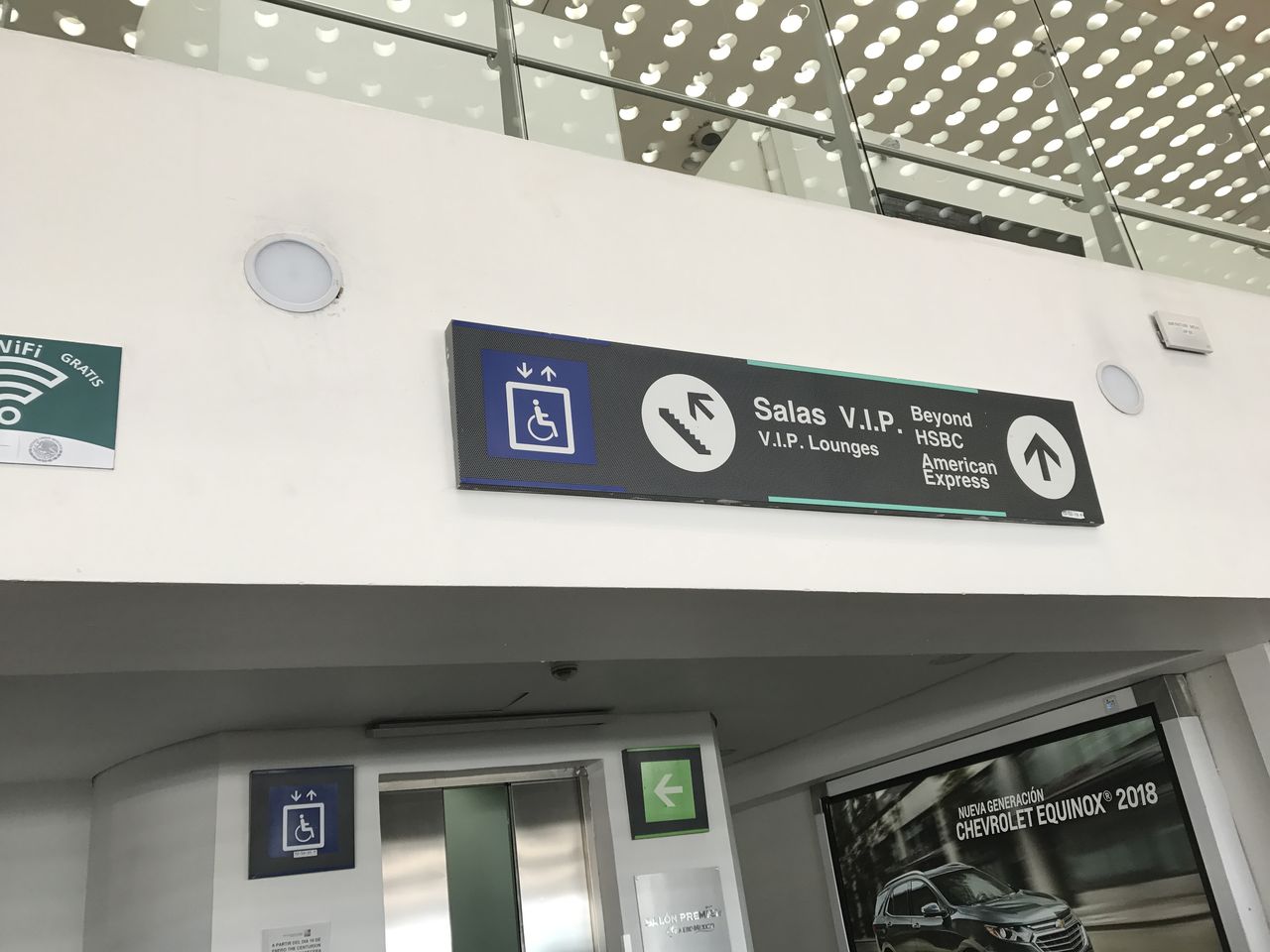 I was quite impressed by the aesthetics of the lounge, big, airy and with lots of open space. The decor was stylish which was a nice touch. Food options were really basic though. Spirits have to be ordered at the bar and there are a bunch of servers roaming around the lounge asking for drink orders. 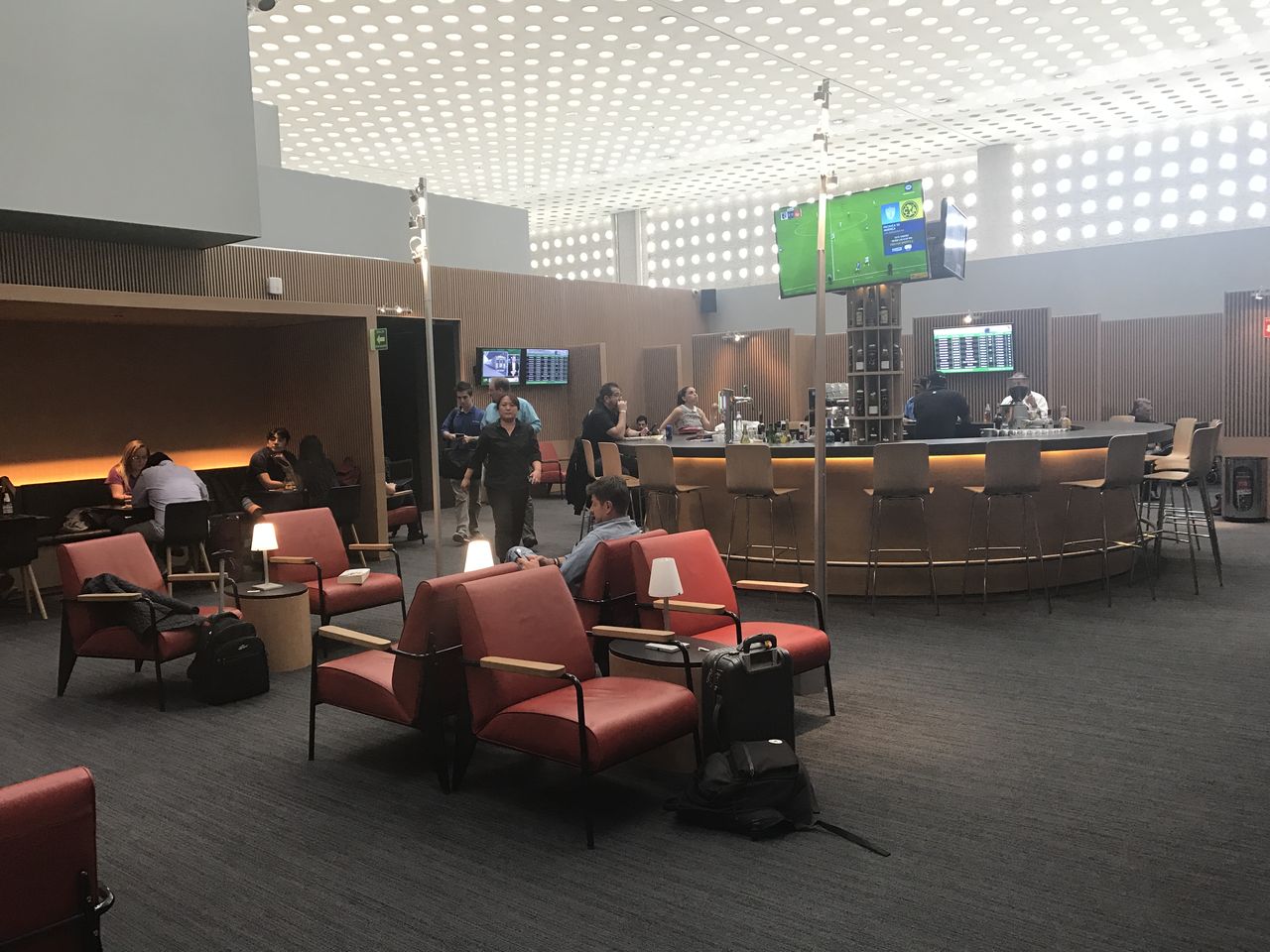 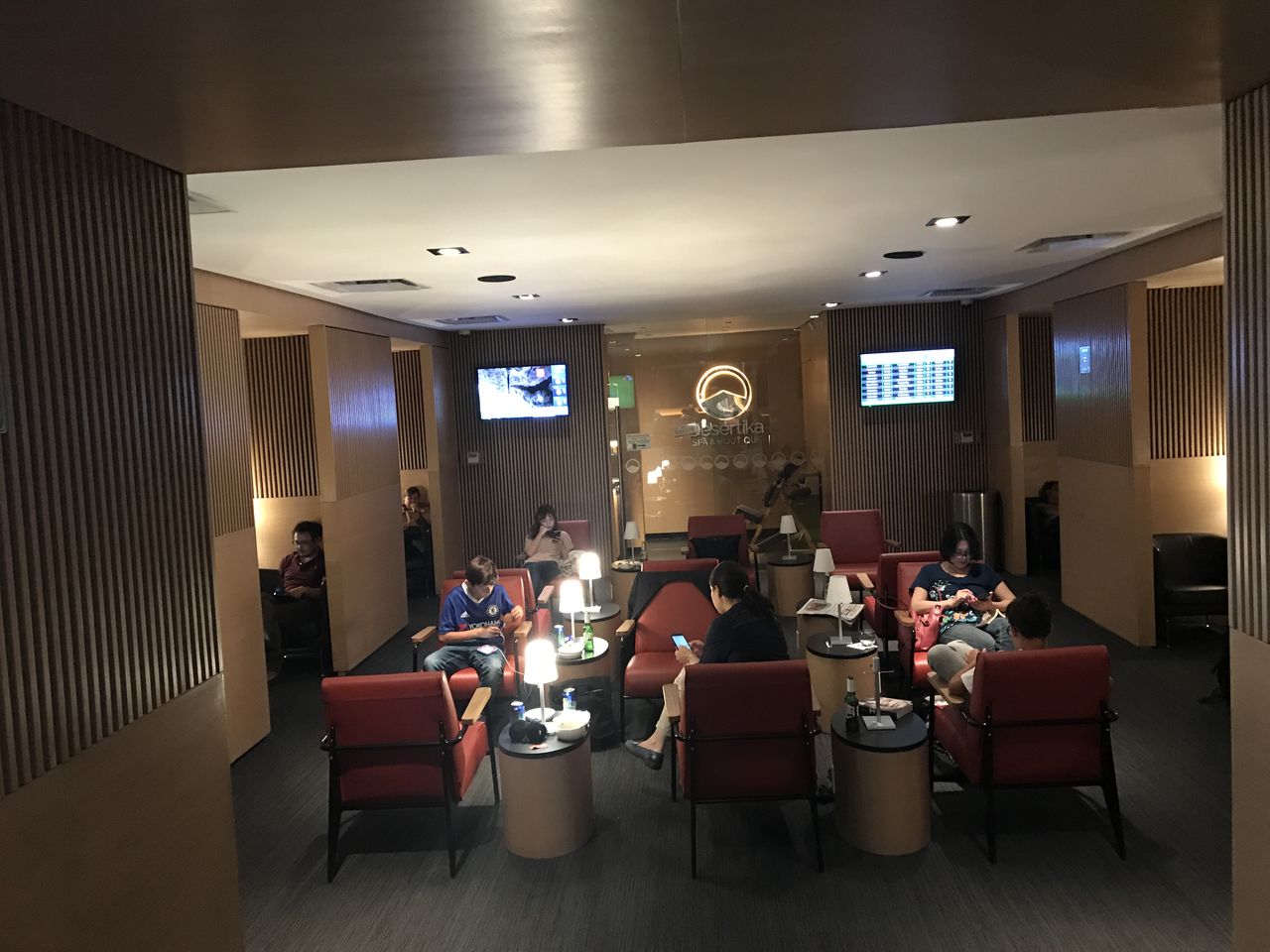 I made myself a plate and sat on one of the sofas on the main part of the lounge. Probably spent the next couple of hours sorting up domestic stuff and texting with family and friends back home.

At some point I walked to the “spa” and asked if I could take a shower, my request was denied because there was quite a long wait list. When I asked how long it was going to take the receptionist just said “I don’t know how long they take to shower”, oh never mind I can deal without a shower after almost a 15 flight with five more to go.

At least I found a nice Twinings branded tea section with different varieties of tea which was a nice touch. I grabbed a cuppa with some packaged buscuits, because that was the best on offer.

I would say this was perhaps one of the only good things about the lounge. On the other hand the coffee machine sucked so it was a no, no for me. 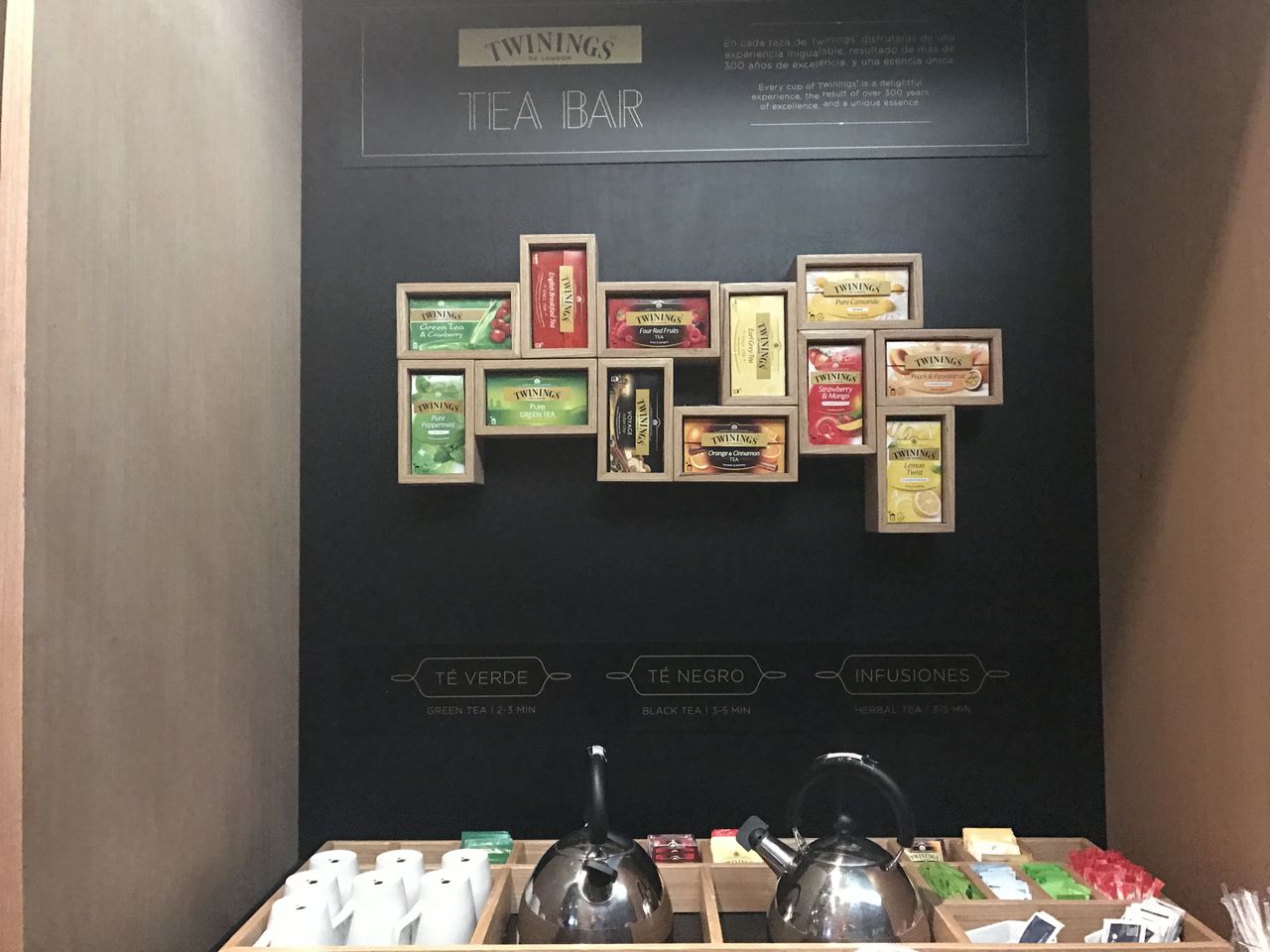 About half an hour before departure I headed downstairs. Boarding was already at full swing, however I went through the sky priority lane and was onboard in a jiffy. Although I normally just wait in line if I miss the priority boarding announcement, I was exhausted so I couldn’t really care less this time.

The flight was about 60% full and the crew allowed some people to switch to exit row seats so that they could fly more comfortable. I presume they need someone to seat near each exit door. They seemed quite strict with the protocol for passengers seating in exit rows, which I appreciate, asking everyone to clear everything from the seat area for takeoff and landing and pay close attention to the safety instructions. 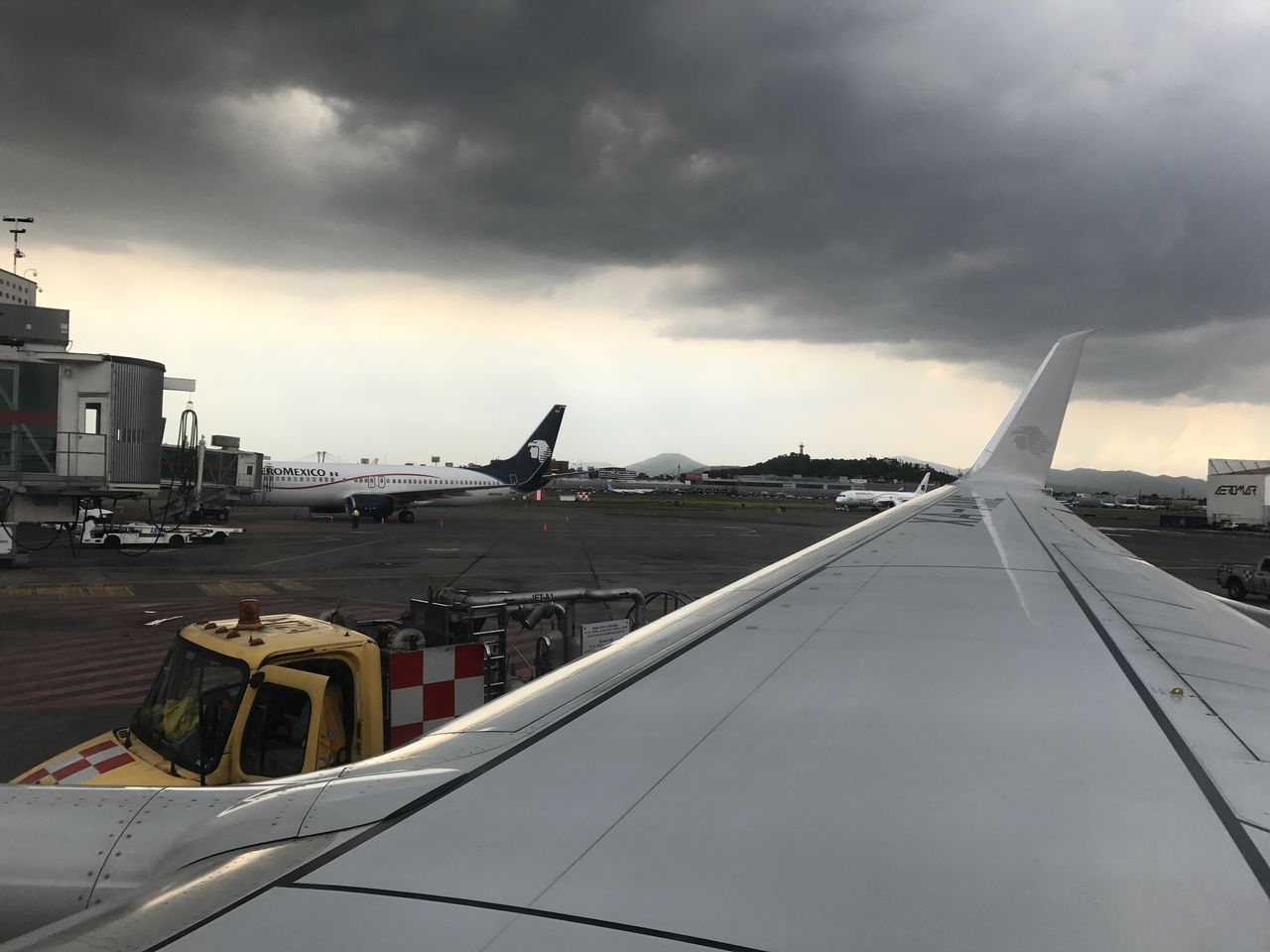 We took off on time and took a nap till the crew came distributing dinner. Choices were chicken and pasta and once again I went with the pasta. It was some sort of plain pasta with chese and roasted vegetables. The tray also included a dull salad, a bun and some wierd nutella style yogurt which I barely touched. 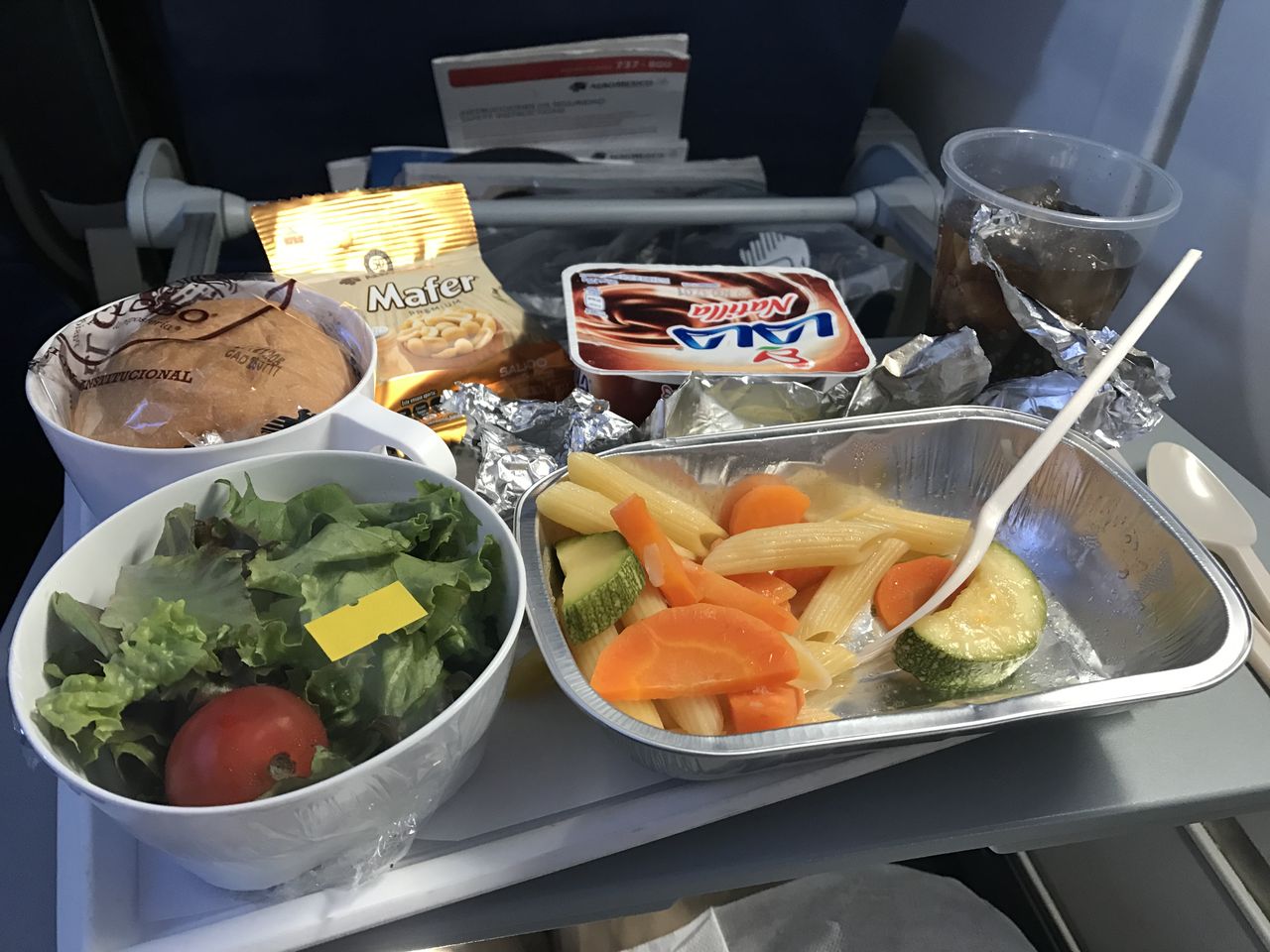 The route map after dinner. 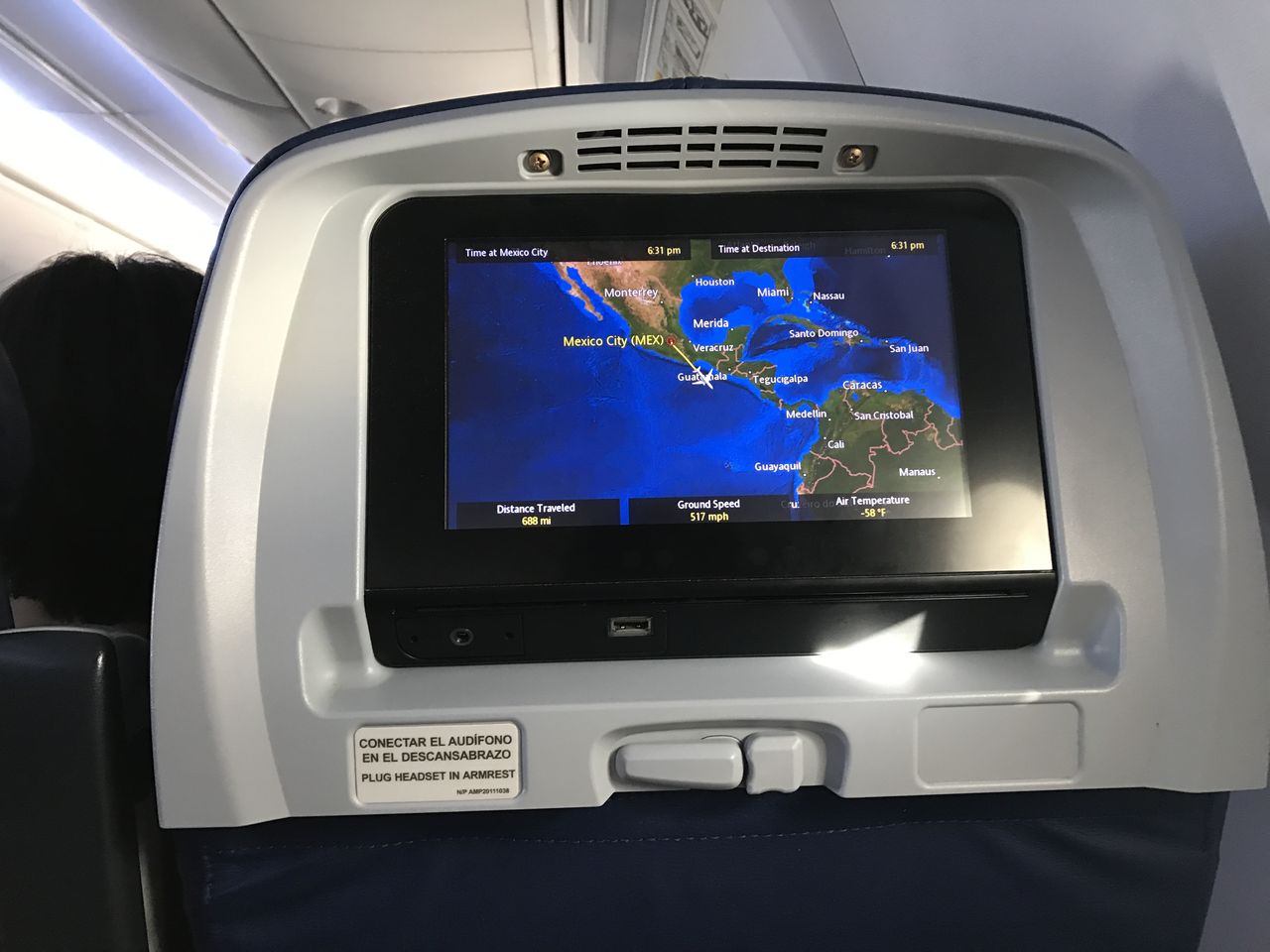 The nice purser then came back offering coffee. I asked for tea and he agreed to bring it in a minute. Unfortunately now Twinings this time. 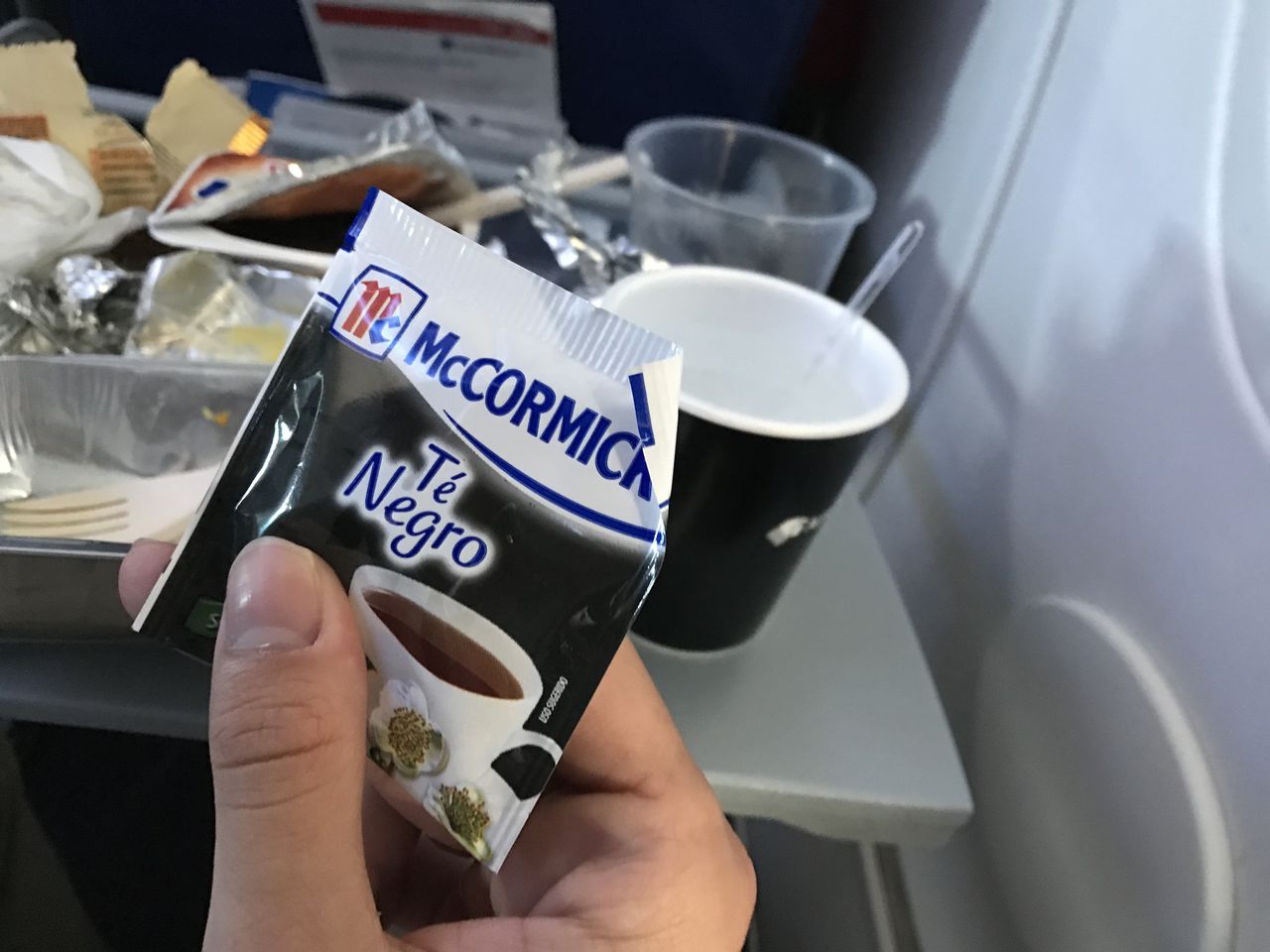 Meanwhile the sunset was gorgeous. 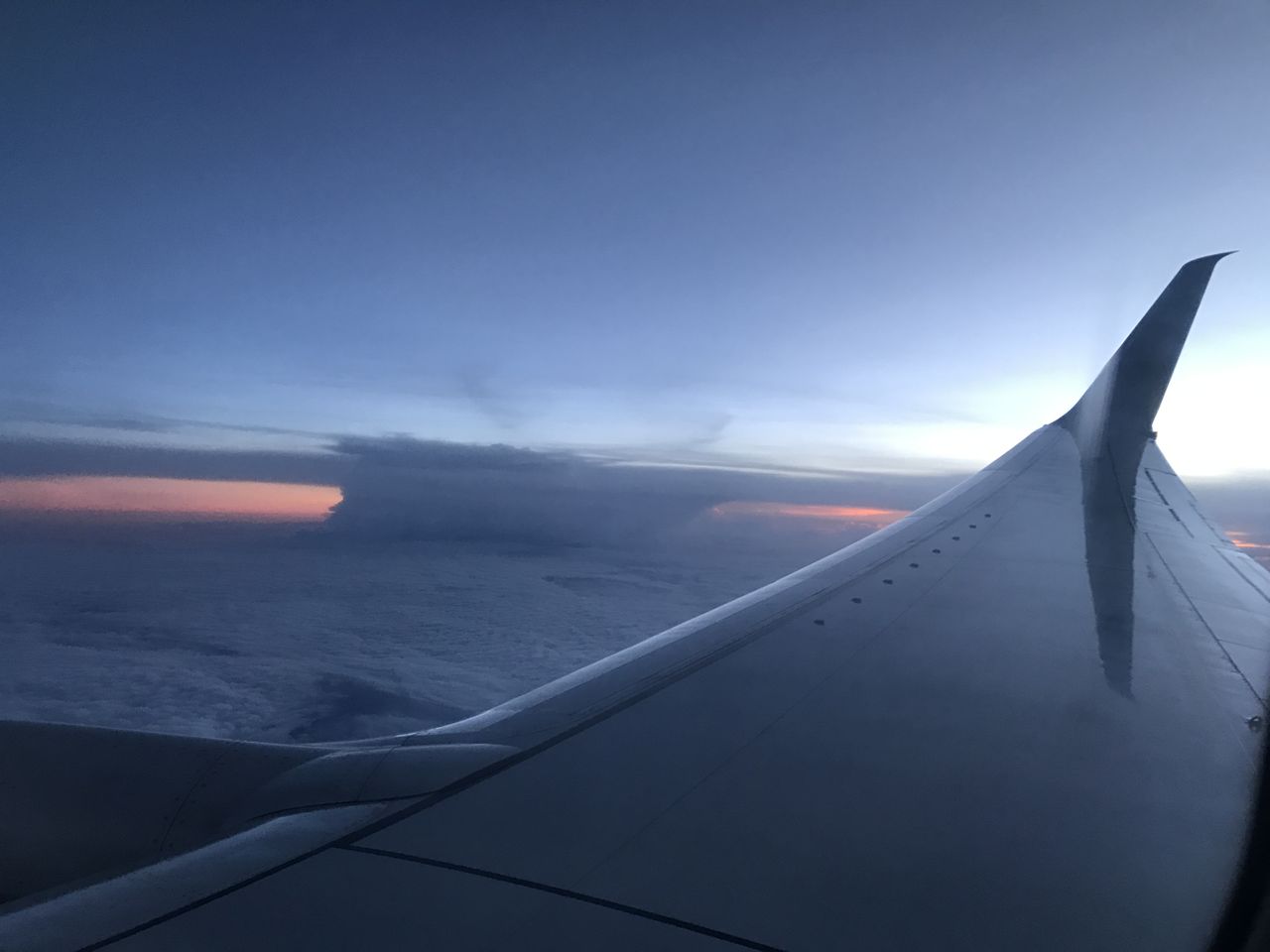 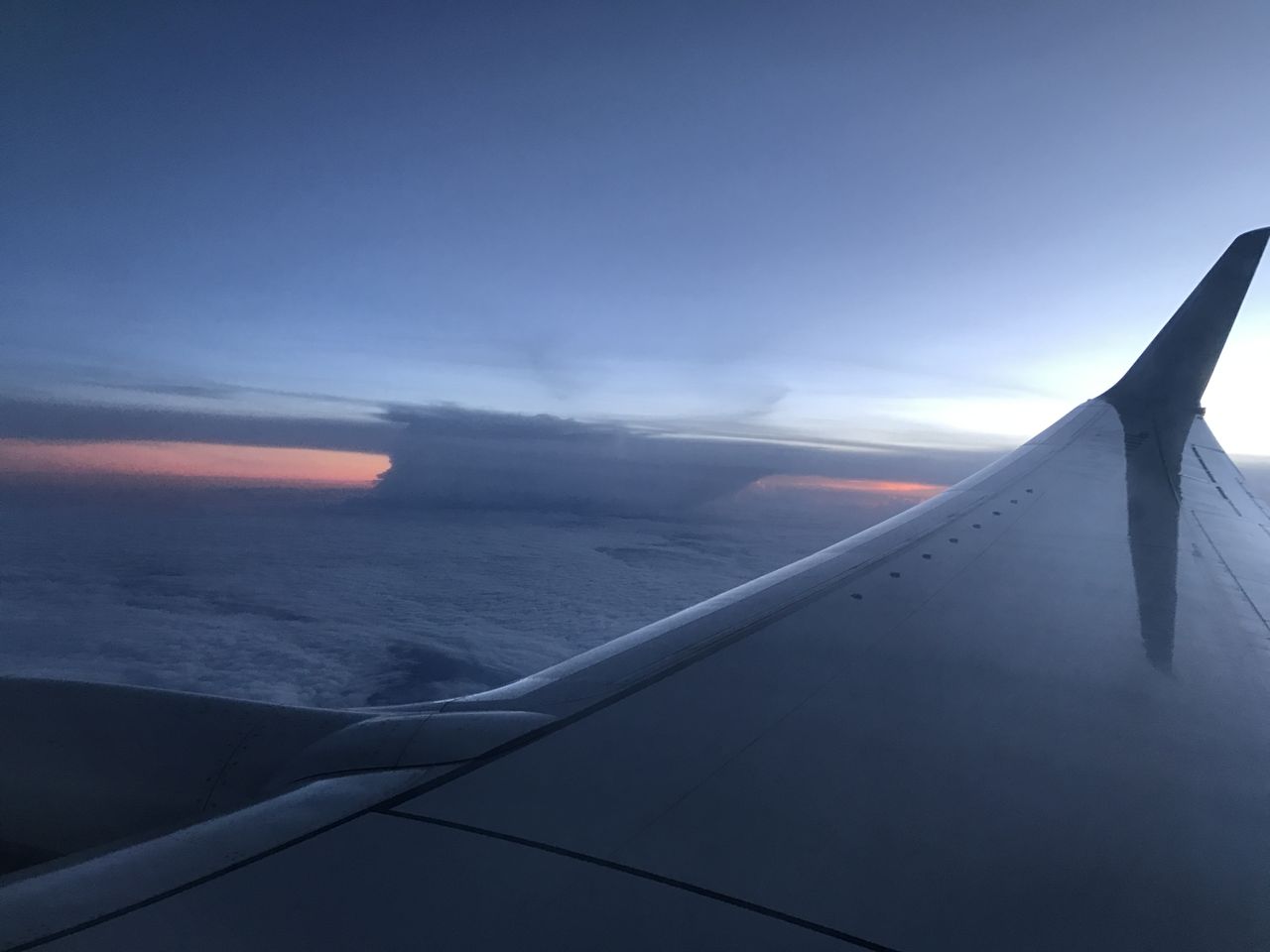 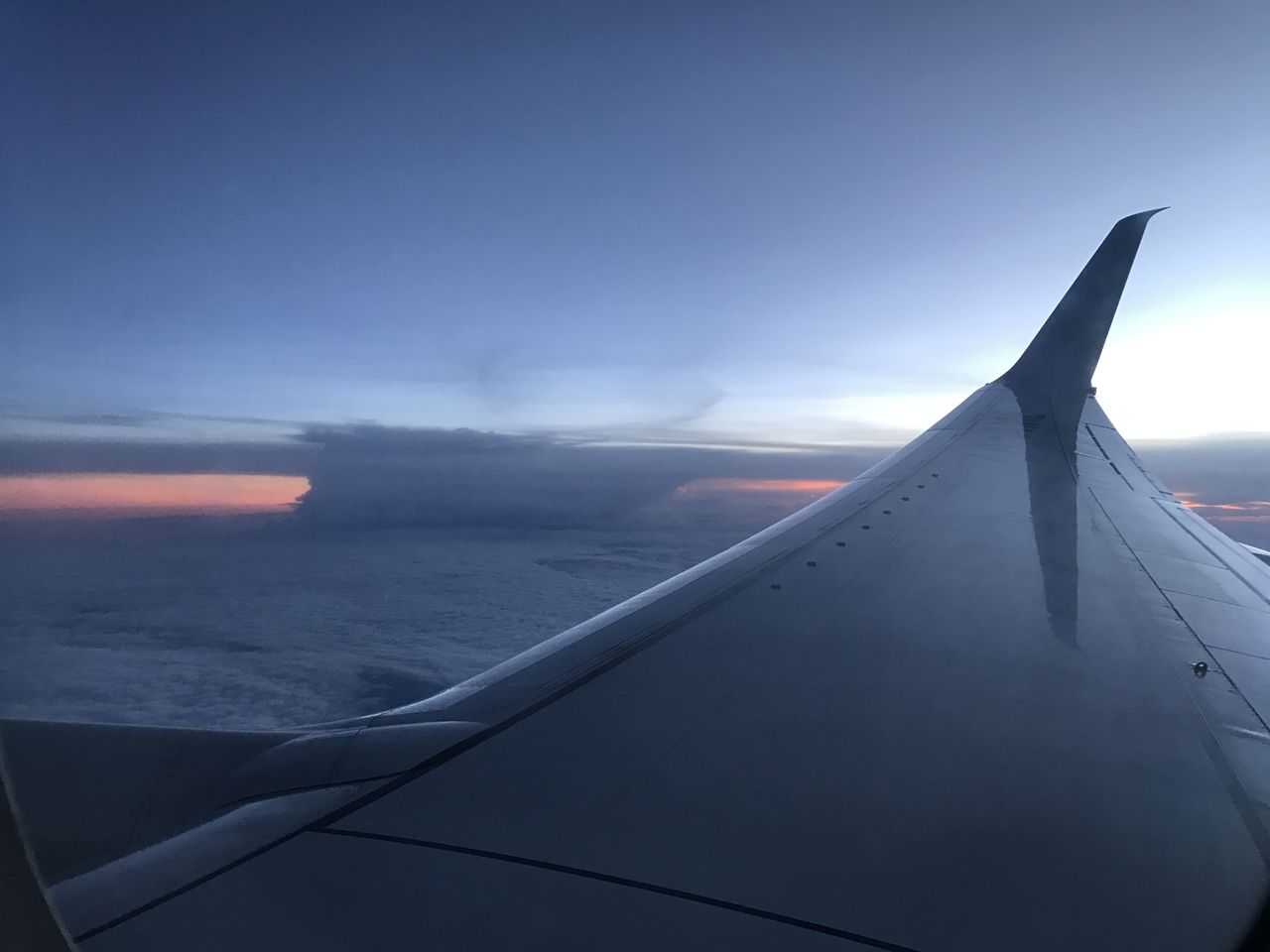 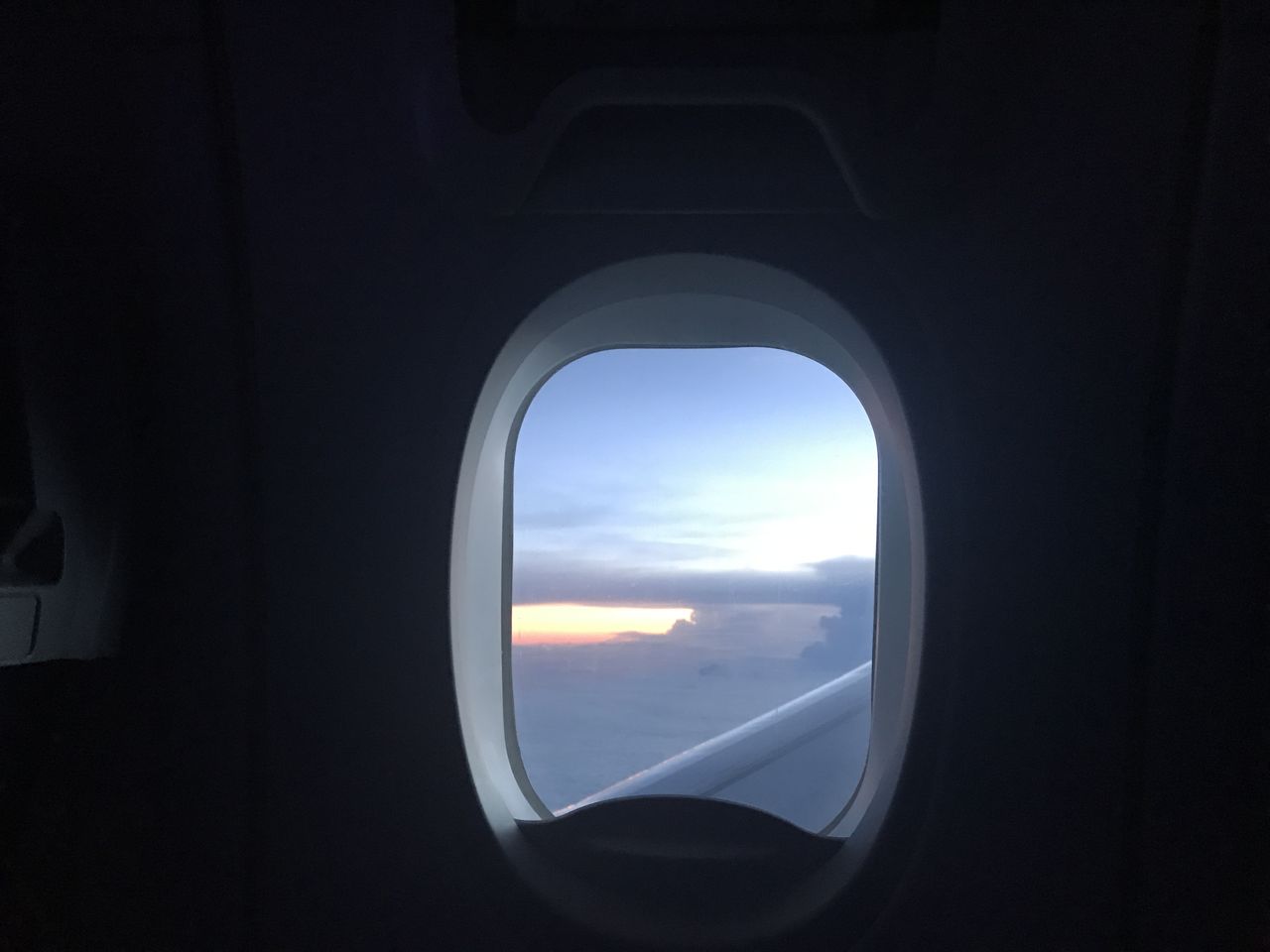 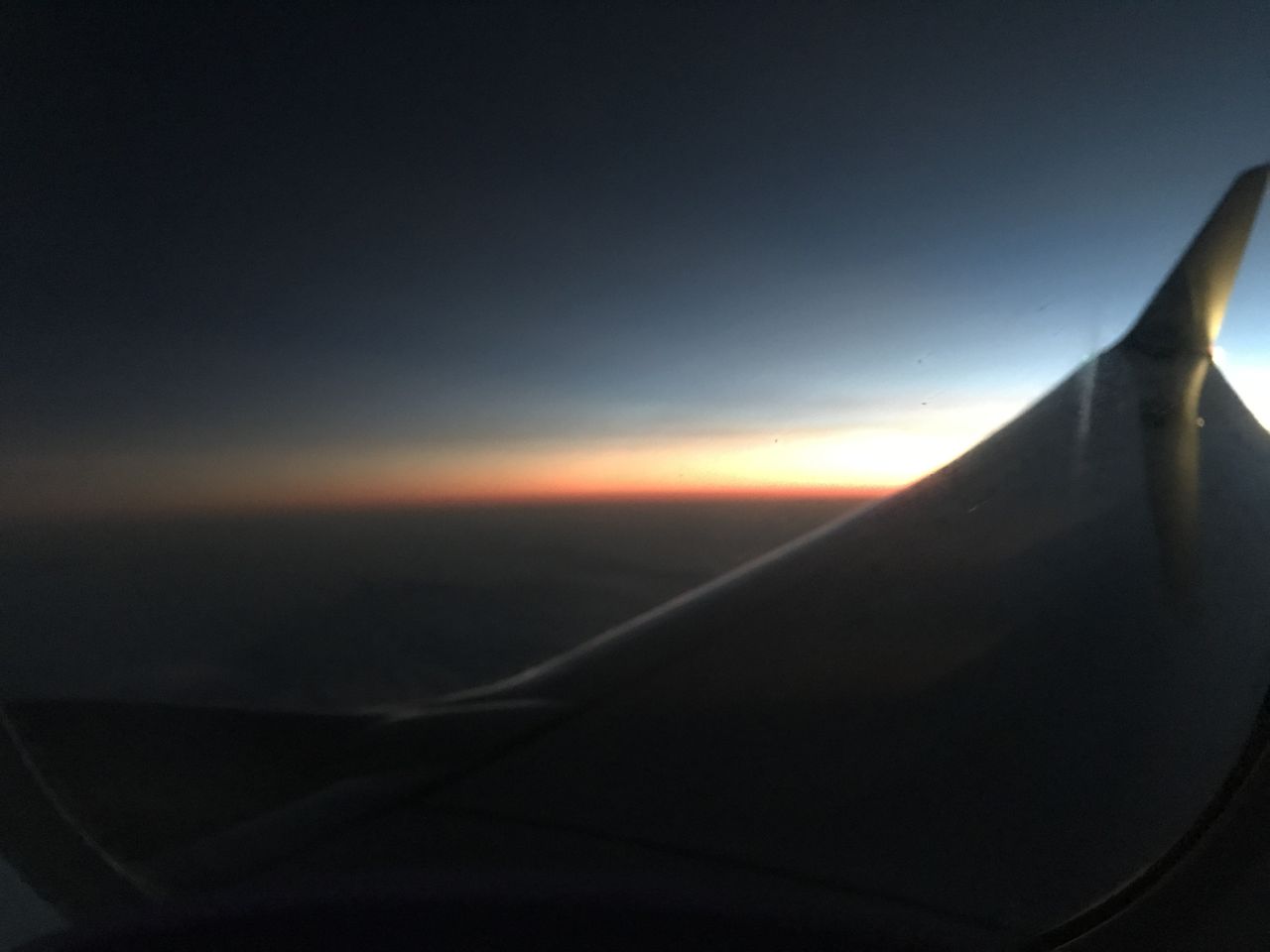 After that I might have watched a couple of shows and then poped by the gallery and asked for a beer and god they were well stocked. The crew was much better this time, it was all smiles and they were very attentive dealing with passengers requests. 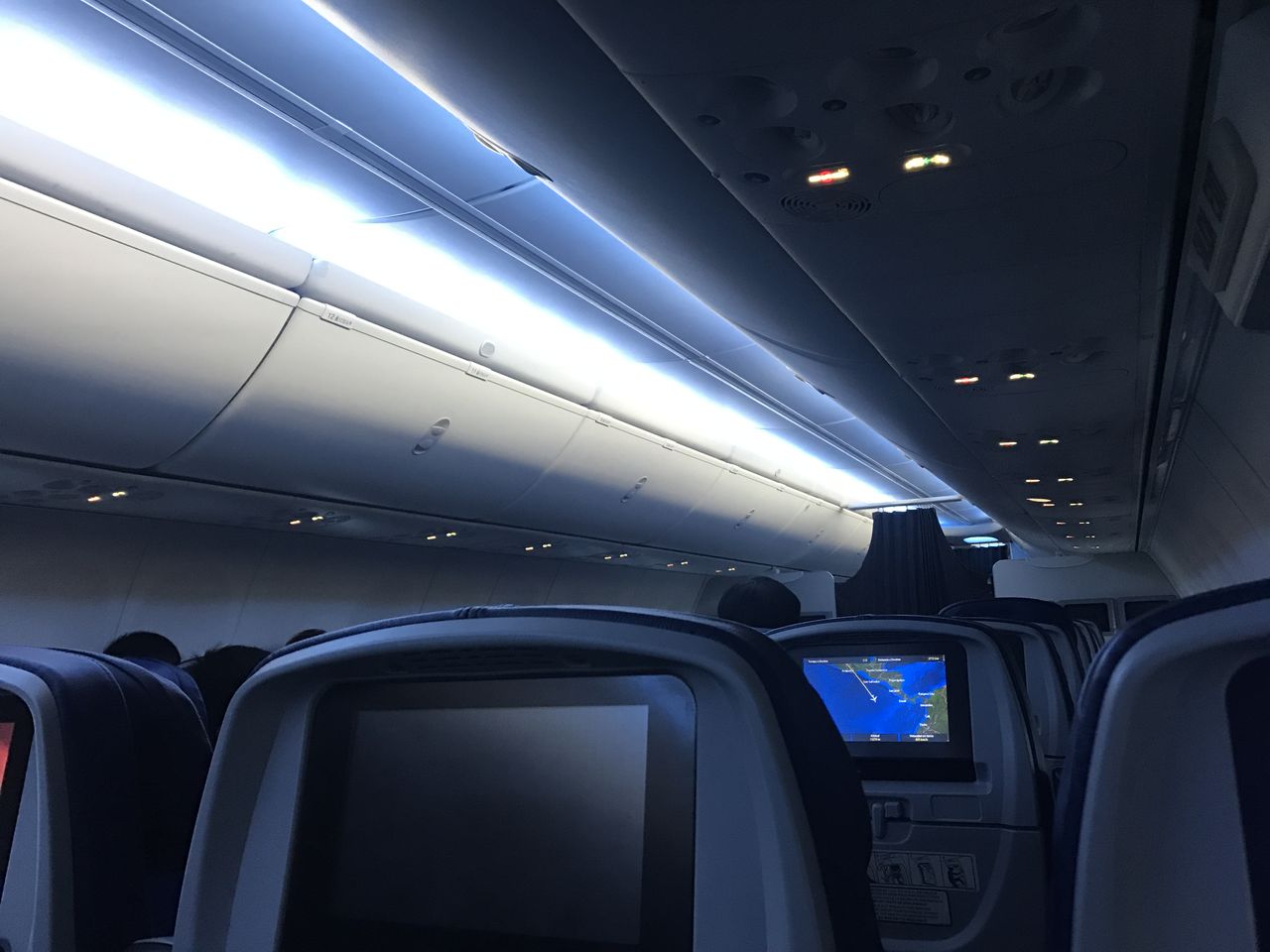 I sat with my beer listening to music while looking at the window, not a bad way to spend the remaining of my flight! 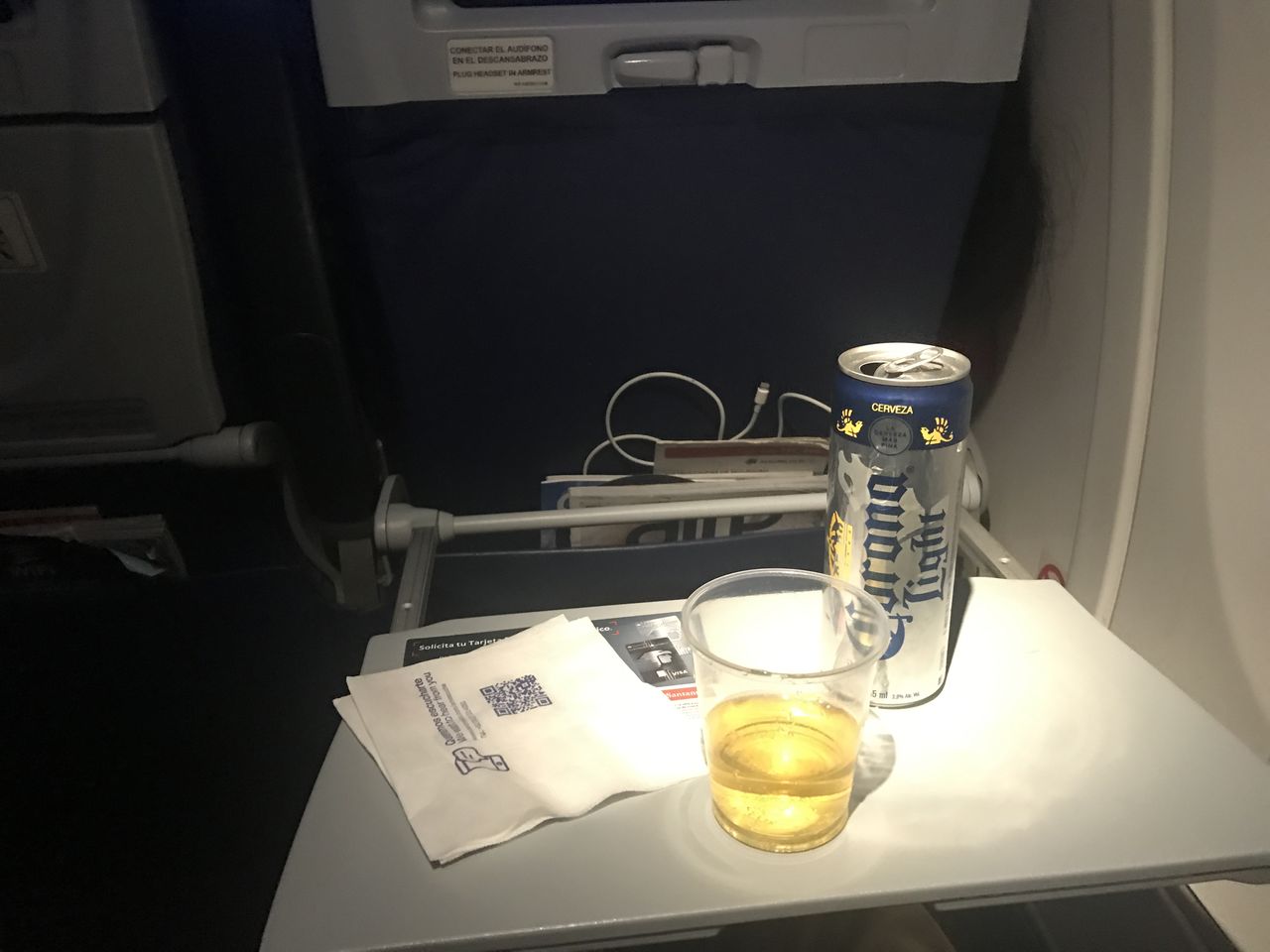 We landed in Lima on Schedule. The airport was packed as usual but were given a gate. I did the queue for immigration but when it was my turn the agent asked if I wanted to try the new automated machines, which I agreed. This is a huge step and it is pleasing to see that Peruvian immigration is working hard to improve things. The staff helping passangers using those machines as well as the immigration officers were very friendly.

My bag took ages to come out and fortunately there is no longer need to go through compulsory customs checks unless you actually have something to declare.

Now we just had to wait for the second runaway and new terminal to be built. The last modification to the leasing contract was signed a week ago from today, so things should start to be moving soon!

Thanks for reading.
See more

This was a very good flight with Aeromexico. The cabin was new and bright, the crew was great and attentive to passengers requirements, they seemed to be enjoying what they were doing rather than just dealing with day to day duties. Perhaps being sat on an exit row, helped, but this was a comfortable ride. I would say that AM delivers the best economy product on the direct route from MEX to LIM (other options are AV with their aging A319's/A320's and LATAM with their 763's which although being really comfortable are starting to show their age). On the other hand, on the premium market, LATAM still has by far the best product with their lie-flat seats on the 767's, which I think are still acceptable for a mid-haul flight.

The contributors of Flight-Report published 3 reviews of 1 airlines on the route Mexico City (MEX) → Lima (LIM).

The airline with the best average rating is AeroMexico with 7.6/10.

The average flight time is 5 hours and 25 minutes.

767 traveller is member of Flight-Report since March 2014.

He wrote 19 reviews about 9 airlines and 11 airports.