#57 out of 78 Airlines A minimum of 10 flight-reports within the past two years is required to appear in the rankings. 191 reviews

So I was celebrating 100 Flights and I decided to go for 2 days in Madrid.

The plan was to do a British Airways Boeing 777 (my 1st flight was one, as would my 100th Flight be) then return on the Iberia Airbus A340 the following afternoon.

I was recommended to look into LATAM's MAD-FRA service as the flight often sold really cheaply. So I browsed, the flight had a 3 hour gap in Frankfurt and was £75 return in economy! 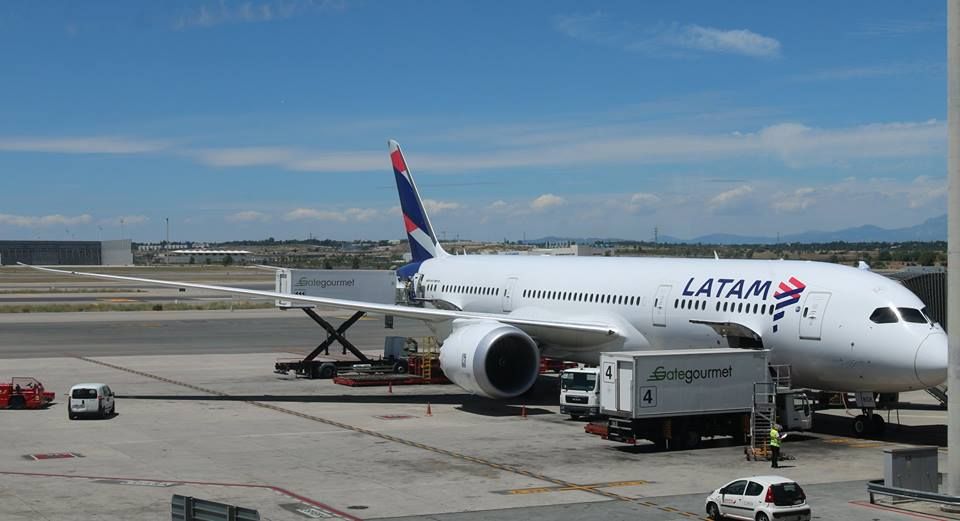 A week before I flew, LATAM e-mailed me informing me they offer an Upgrade opportunity. I could bid from $35 to $150 (which I had to work an estimate into GBP) and I placed a bid for $90 to upgrade from economy on my LA704 (MAD-FRA) flight to Business…. I heard diddly-squat all from them.

I ended up connecting quite efficiently in Madrid, I found a window in MAD's Terminal 4S.

Subsequent spotting session during my layover ensued… I saw a mix of Spanish, European & American airliners, All heading to somewhere exotic!

I went to my gate to find the Boeing 787-9 awaiting me! It was CC-BGK that would be my ride to & from Frankfurt.

As I boarded at the end of the que of 200 odd passengers, my E-Ticket was flagged up. I was worried that there was a fault.

My bid was a success and it would turn out the E-Mail was sent to me as I was flying on the BA 777 to Madrid, making it a last minute surprise! Plus I got a window seat in Row 4!

Not going to lie, I had only done 1 other Business Class flight (in a Swiss Avro the previous month) so I was taken aback by how nice and brilliant the service was. 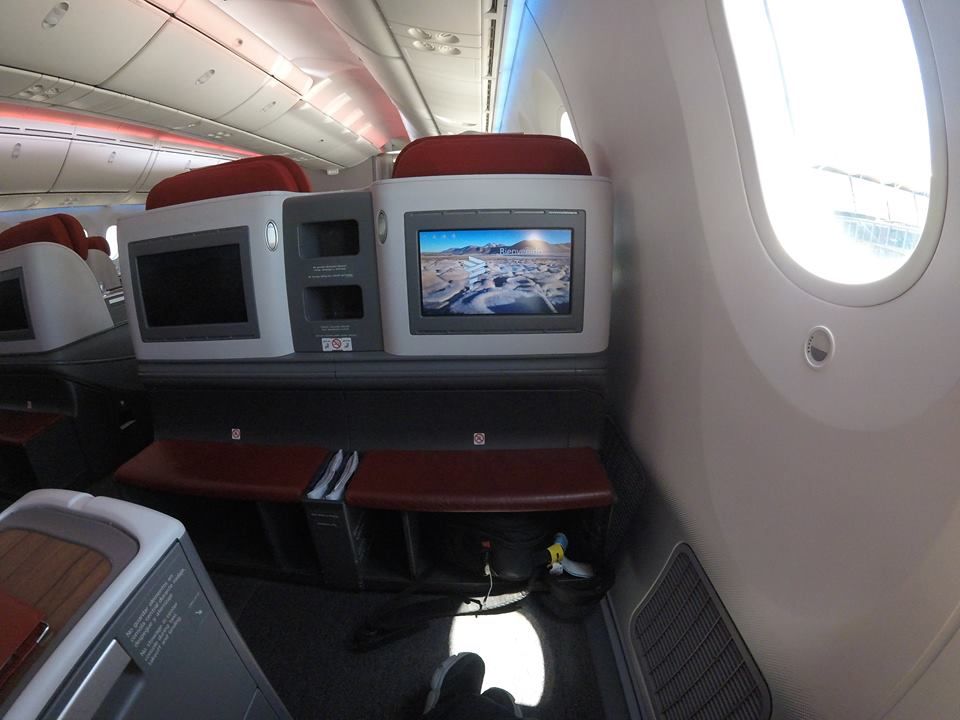 I am definitely not used to this kind of experience!!!

I was offered a welcome drink, and I chose a South American citrus beverage. It was nice and refreshing and a bowl of assorted nuts was also provided.

Despite the flight being only 2 1/2 Hours- we still got the long-haul treatment of a blanket, pillow and LATAM branded headphones! 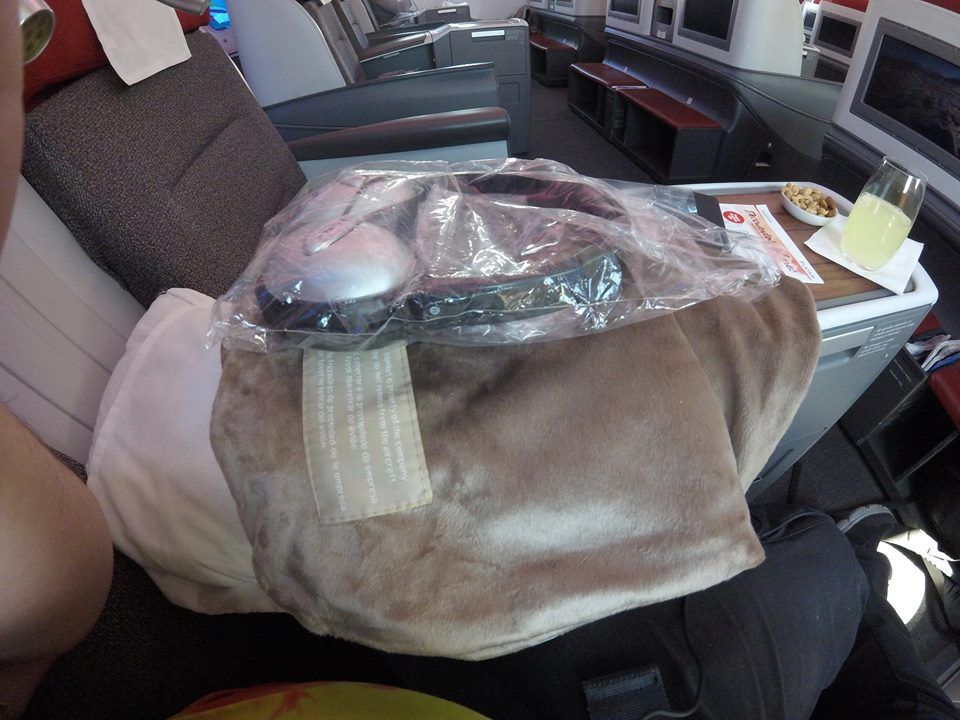 The remote by the seat allowed me to change the Screen around and see what LATAM offered. I watched an episode of Family Guy while the plane finished boarding & was awaiting it's slot.

We pushed back about 15 minutes behind schedule and we were off to Frankfurt. And this is where the Business experience really kicked in!!!

About half hour into the flight, I received the in-flight meal; a salad with cold meats, a vanilla pudding, bread roll with butter and a small Lindt Chocolate block.

All in all it was very nice, I downed it with a glass of Coca-Cola. The whole experience was unique & luxurious as it was my 2nd Business Flight in 101 Flights! 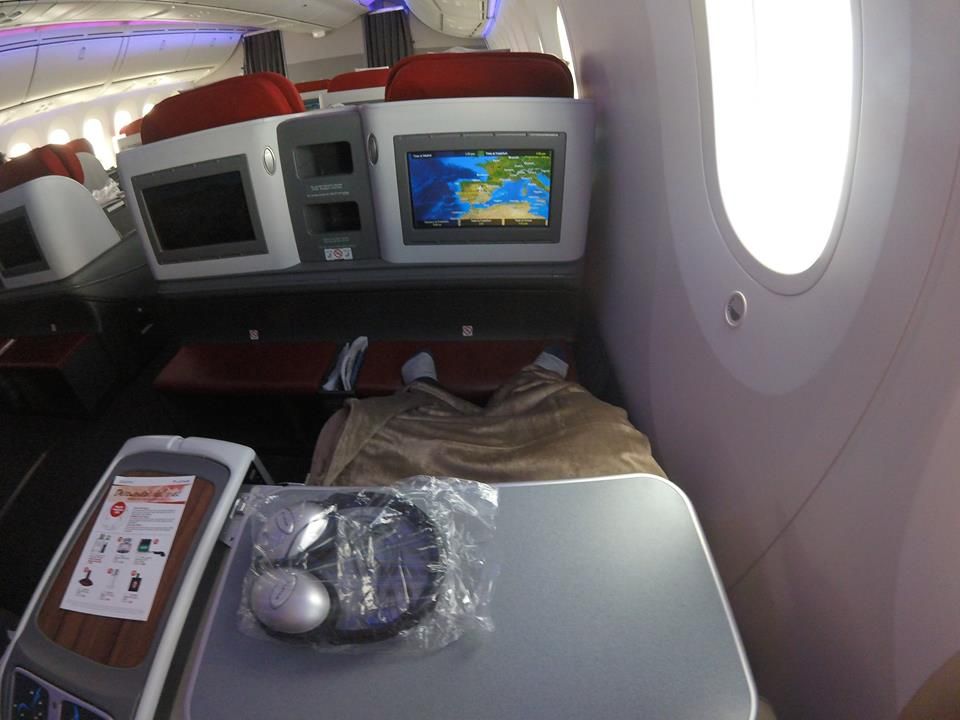 Enjoying the in flight map, some more episodes of Family Guy, we began descending into a cloudy Frankfurt Main Airport.

We had made up the time, but given we had to also taxi, I was on edge as to whether I would make it back to the gate to return in time!

The landing was uneventful, and I got some sights around Frankfurt as we taxied into our gate.

I didn't race off the Dreamliner right then, I had one thing left to do, something Air France wouldn't allow- but LATAM kindly offered!!!

Madrid: Gets warm in the airport, nice selection of cafes to grab a drink in the summer heat and nice spotting area in T4S

Frankfurt: I found it efficient, but you'll learn more in LA705 review!

The contributors of Flight-Report published 41 reviews of 6 airlines on the route Madrid (MAD) → Frankfurt (FRA).

The airline with the best average rating is LAN Airlines with 7.9/10.

The average flight time is 2 hours and 31 minutes.