#51 out of 79 Airlines A minimum of 10 flight-reports within the past two years is required to appear in the rankings. 1458 reviews

Welcome to that final FR of the routing, which will see us flying from MUC to CDG with LH Y medium-haul product.

My boarding pass was printed in SOF and wear the beautiful Swissport colours.

MUC airport was a real flawless experience between the non-Schengen and Schengen zones, the passport control was extremely fast given there was no queue and everything was indicated correctly. Between deplaning the previous flight and being at our next gate K19 ? Just 12 minutes ! Incredible ! Nothing like VIE, for sure. 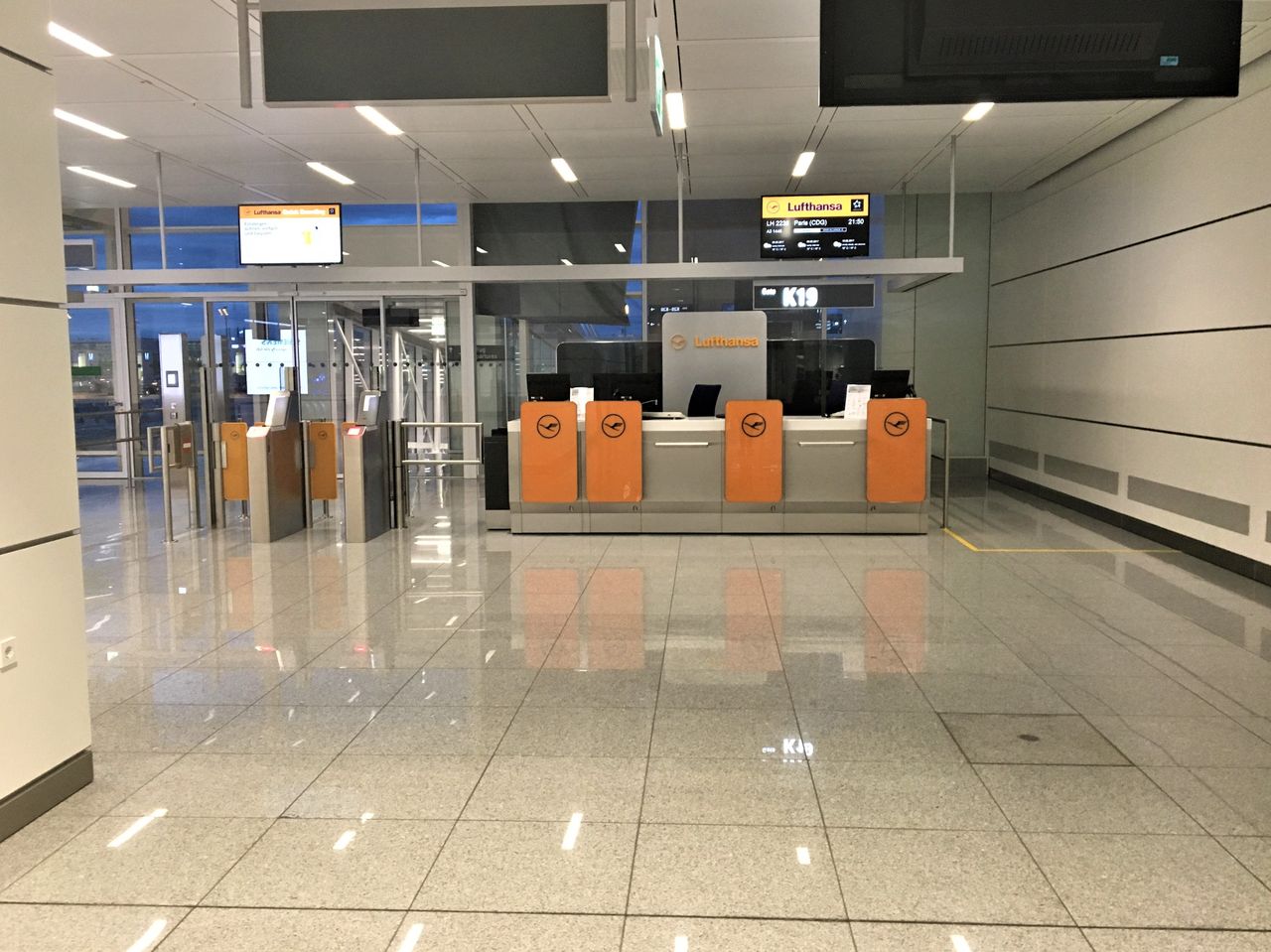 You can have a Nescafé for 2 EUR just before the gate. Expensive but it looks clean and gives the feeling of being in a lounge. 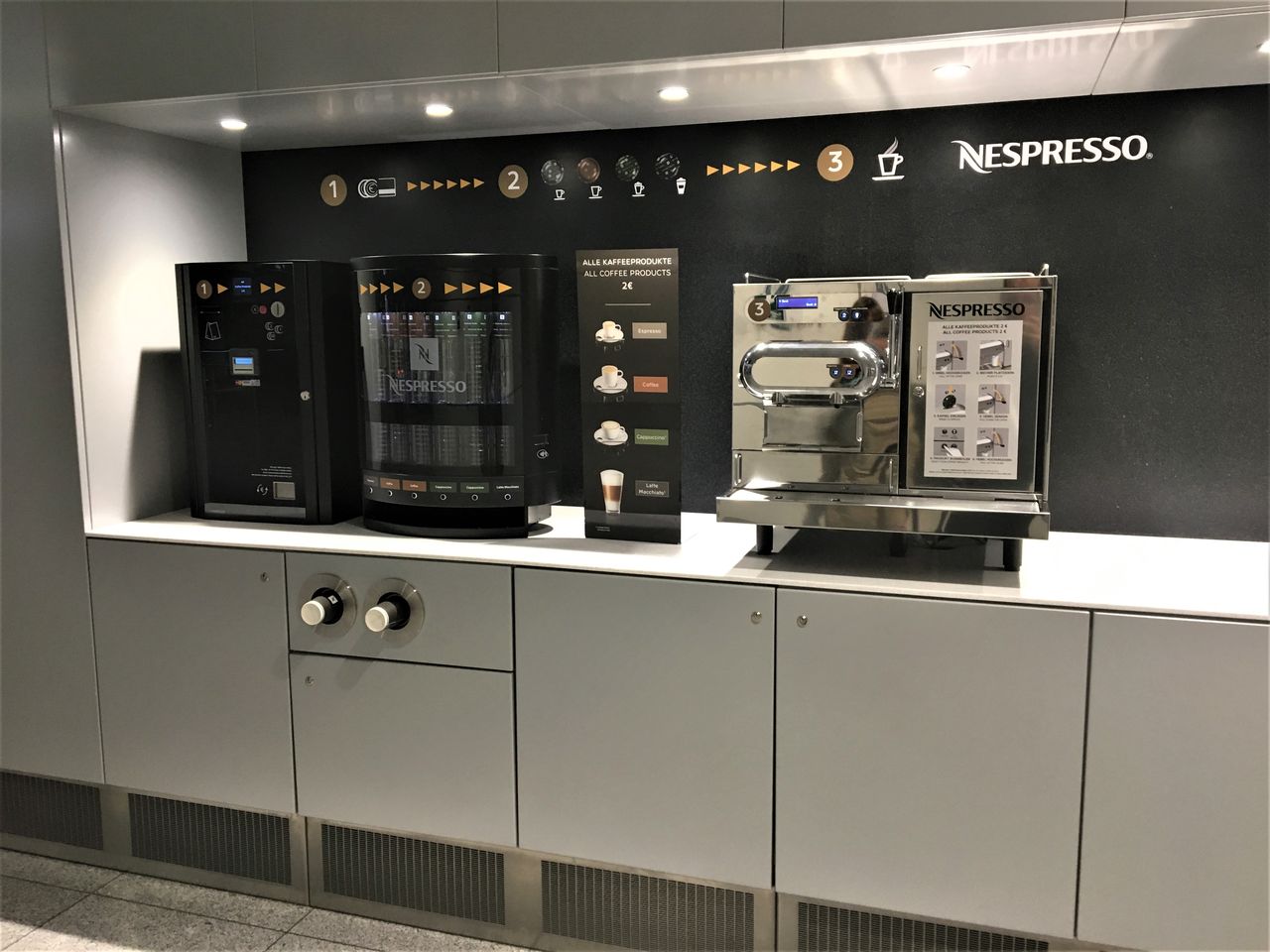 The LH brand is obviously everywhere and it is quite classy 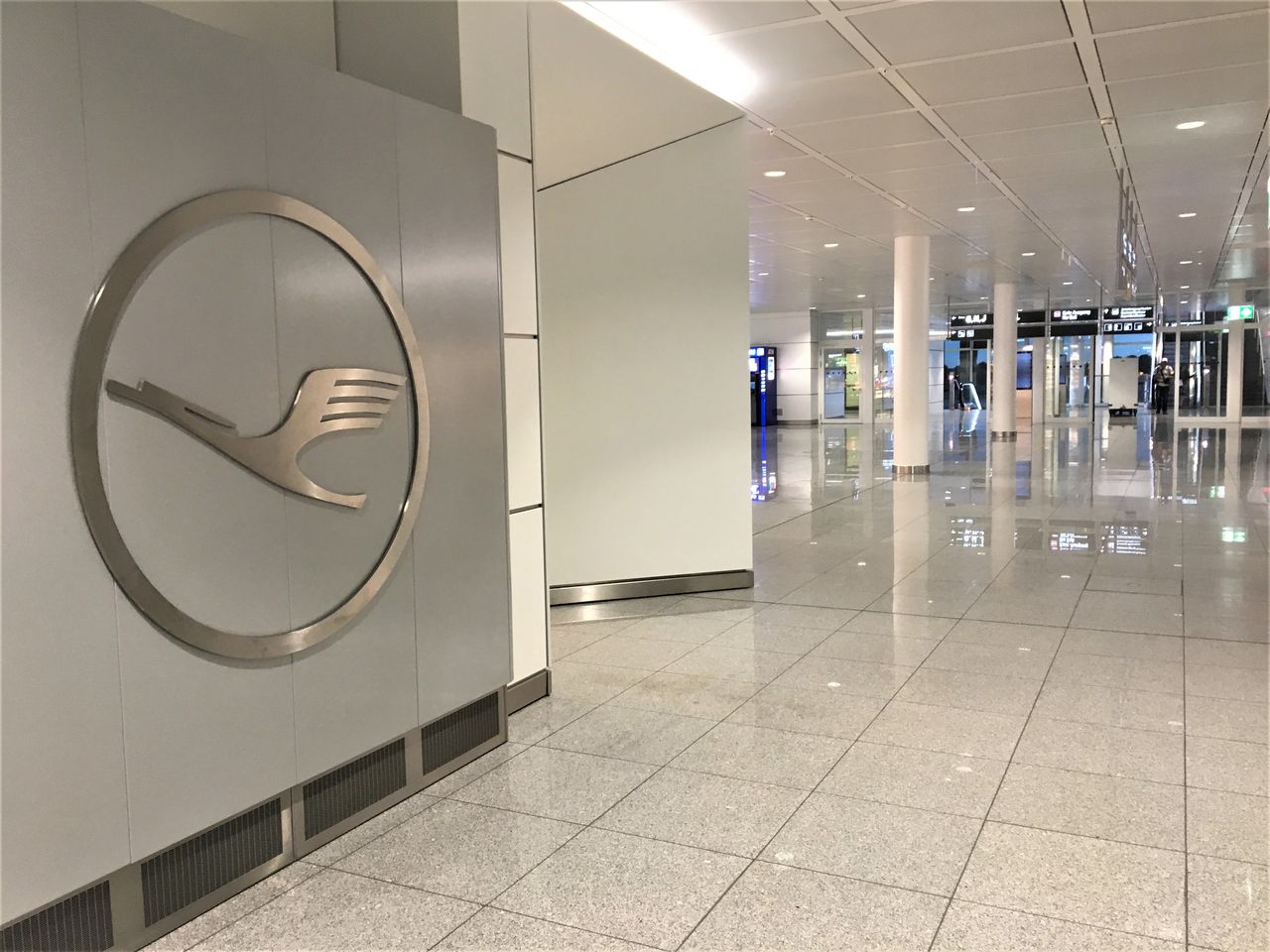 Our flight was (still is) codeshared with A3 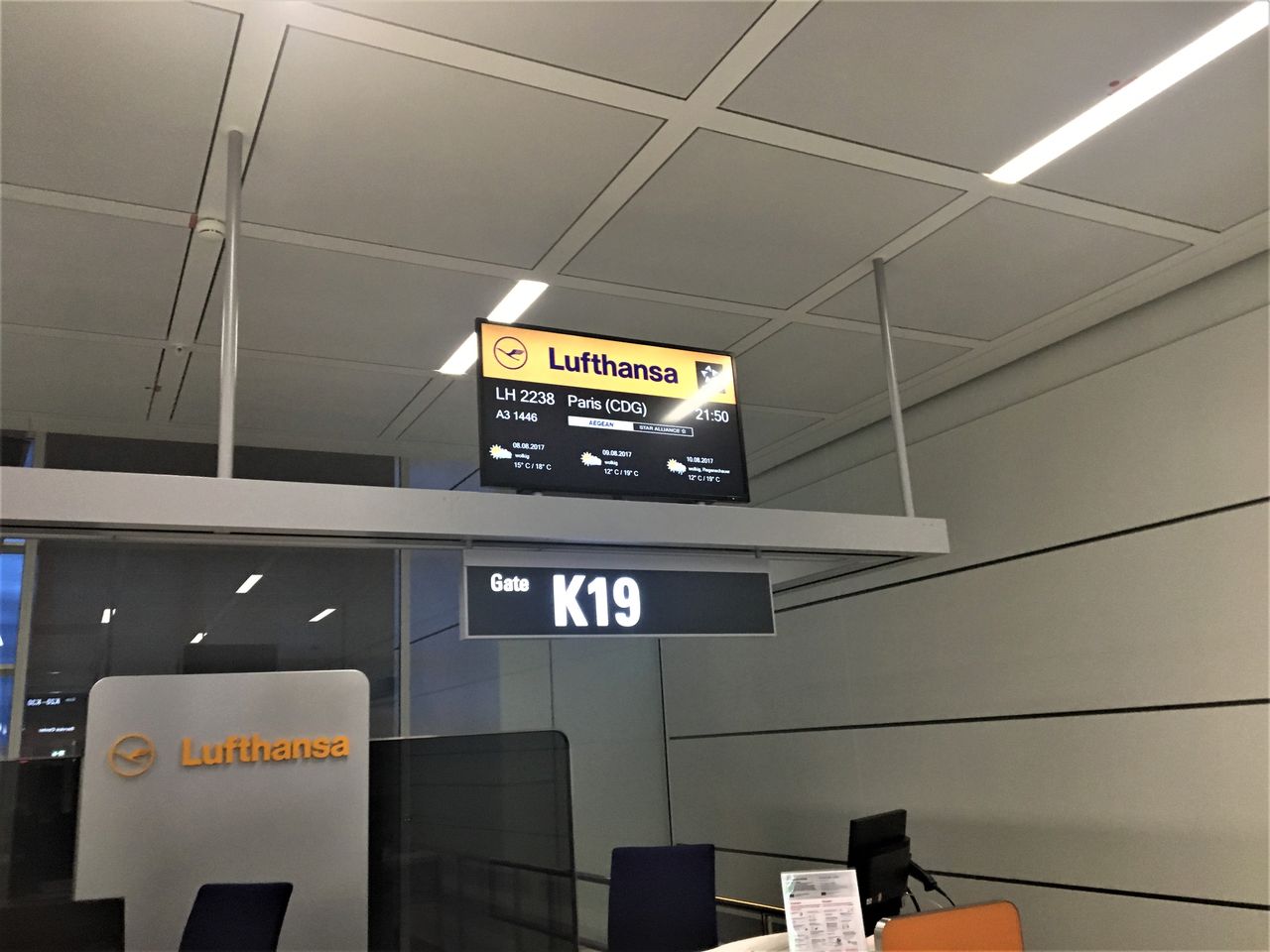 There was a huge seating area next to the gate and it was so comfortable that pax did not stand up to board when called upon because they were well seated ! First time I see this. Or maybe it was because none of them understood the English announcement… Only thing I know is that there was an American pax seated in front of us, talking to himself, definitely weird. The only thing I wanted was not having him as our neighbour!

So I was literally the first onboard tonight. The carpet was brand new. Same for the seats. The cabin was really in a good shape. 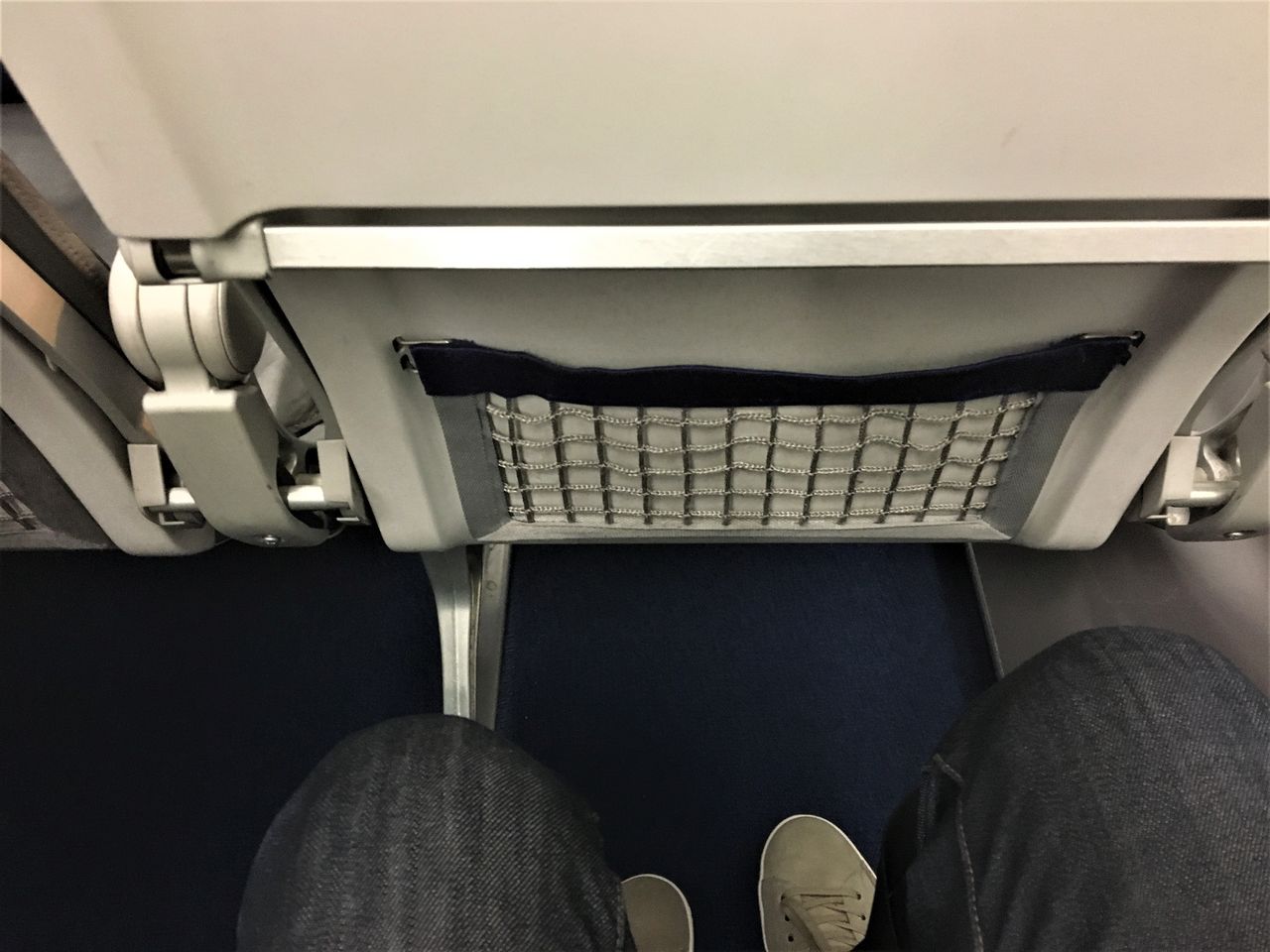 We were two out of the 3 seats. Absolutely nobody in the J cabin. 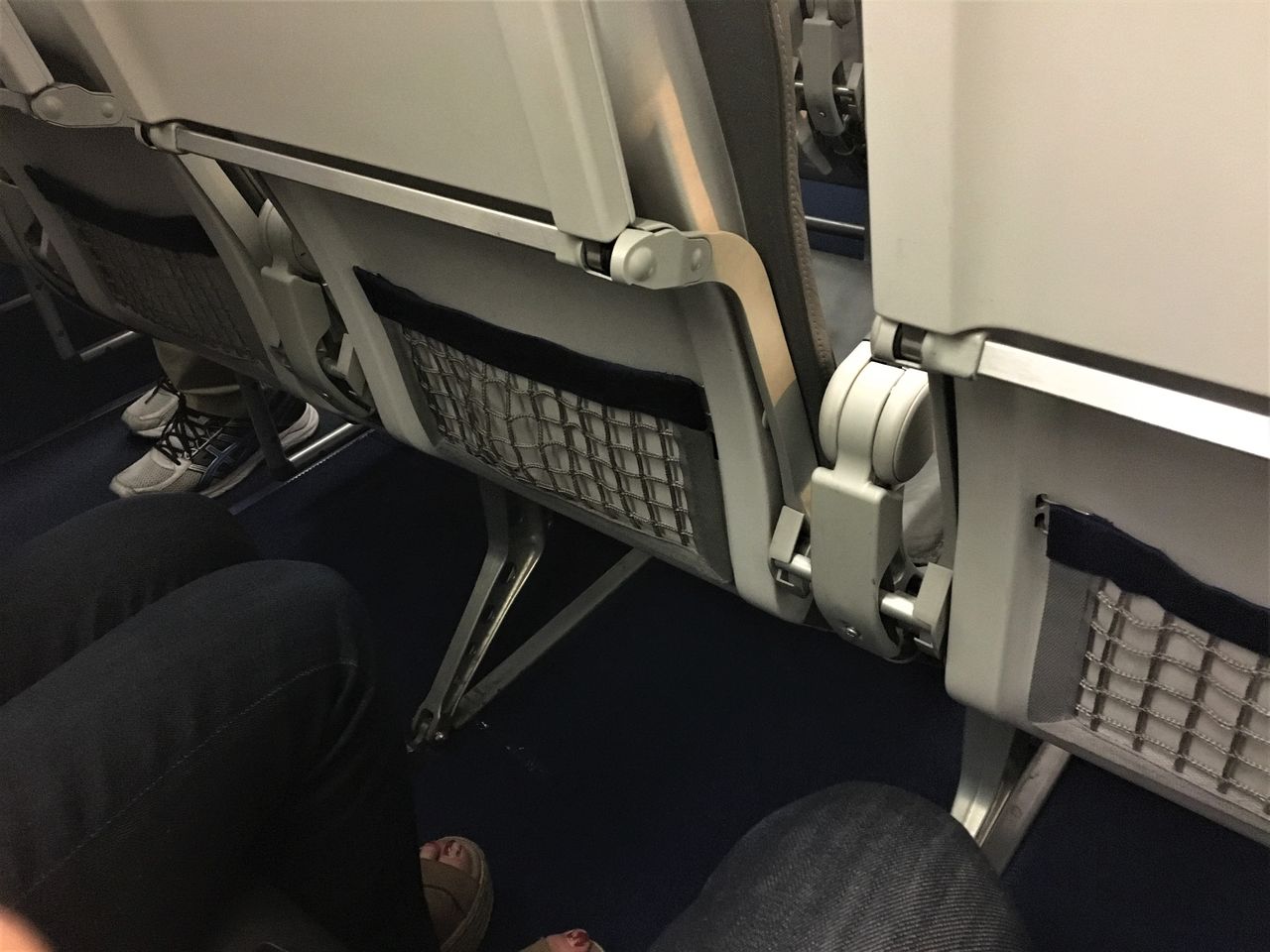 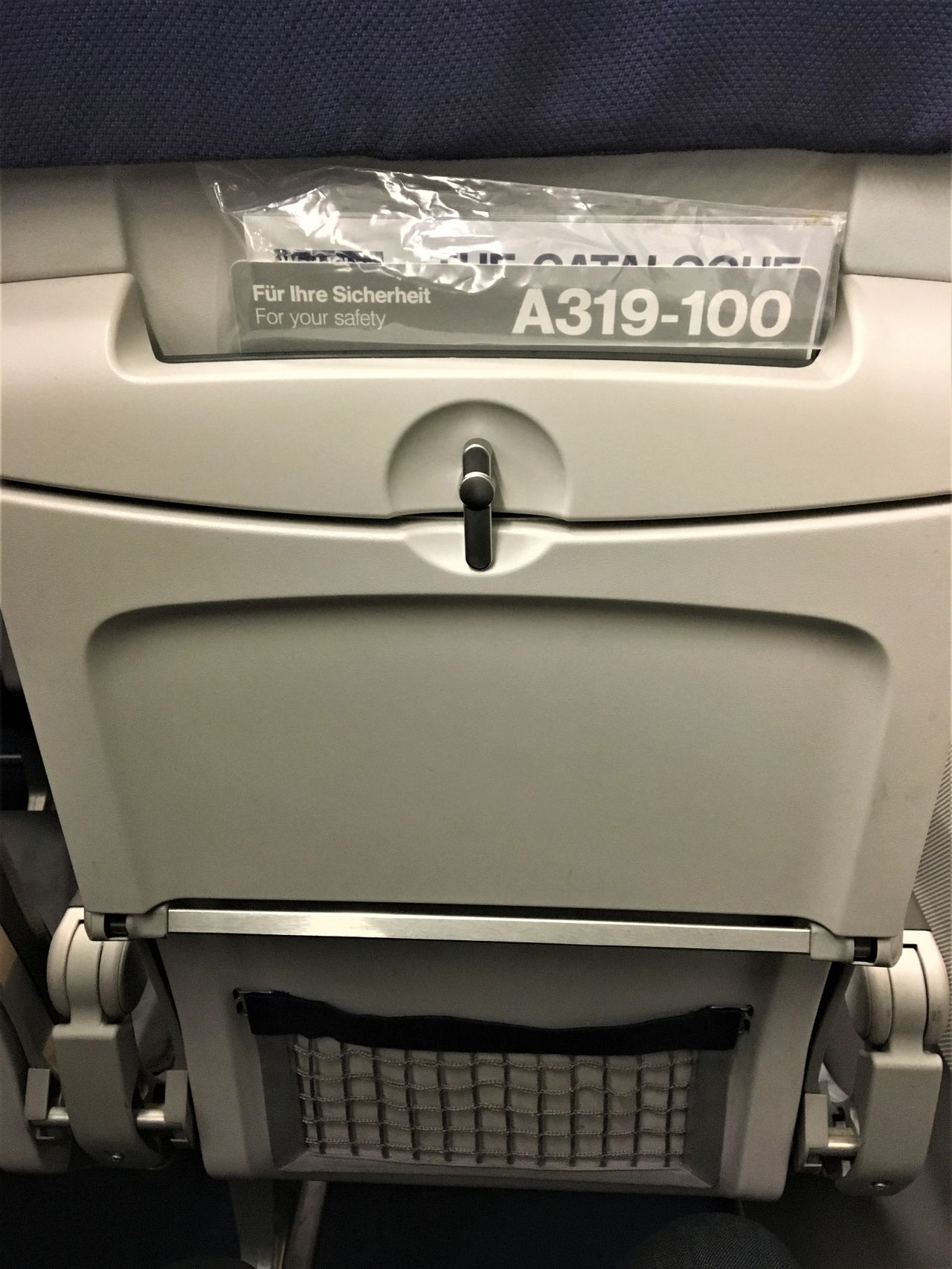 We were once again seated right behind the J cabin, row 4, with the curtain divider. Thus, this time, it was not set. 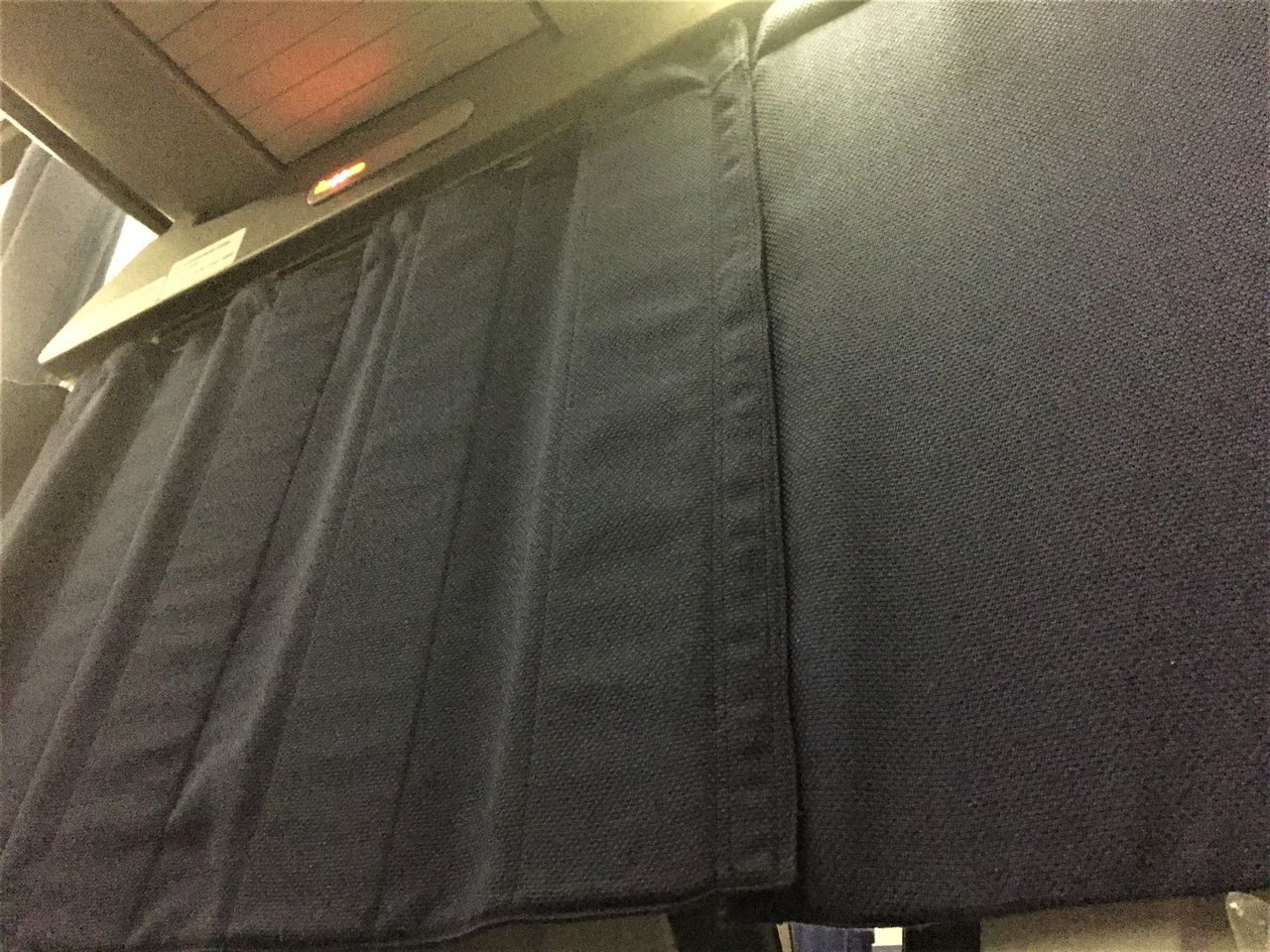 We pushed back and started the engines to taxi to the holding point but only there did the captain informed us we would be stucked for several minutes (he even stopped the engines) due to the thunderstorms raging on MUC skies. We were lucky as all ground ops were suspended just after we left the gate. We were kept up to date several times and soon enough they had found a way to bypass the storm and fly to CDG.
Here you can see better the alternative route we flew : not a big deal. 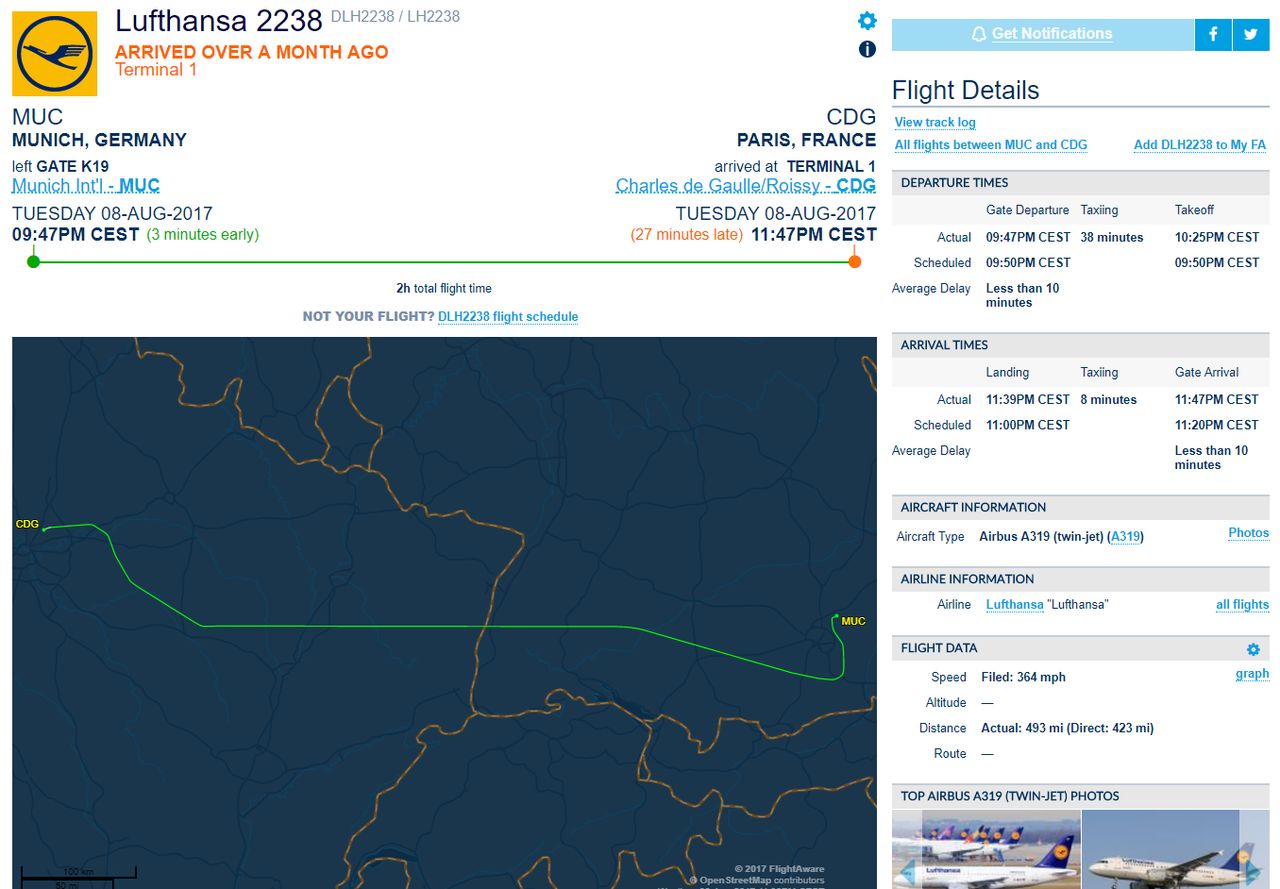 You can see a lightning at minute 2:13 and 9:15 during the rotation

Despite the storm, I never felt safer than in a Lufthansa crew's hands (and I just like the engine being lighted in the darkness) 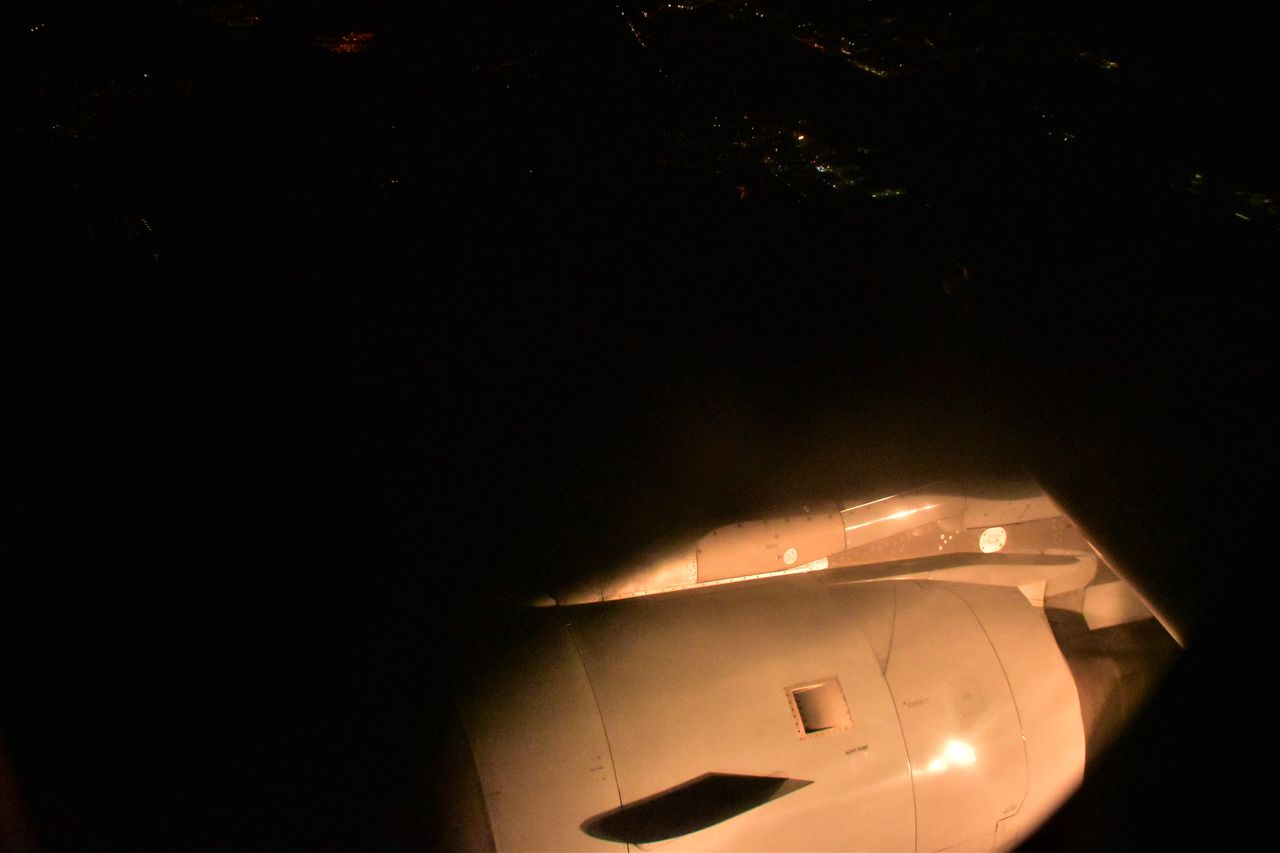 I was honestly expecting that the FAs would seize the opportunity to suspend the service with the harsh weather but mind you, everything was done the proper way ! Kudos LH.
We had exactly the same catering than on the previous SOF-MUC flight, being a choice between vegan or salmon 100g sandwich. It tasted exactly the same. 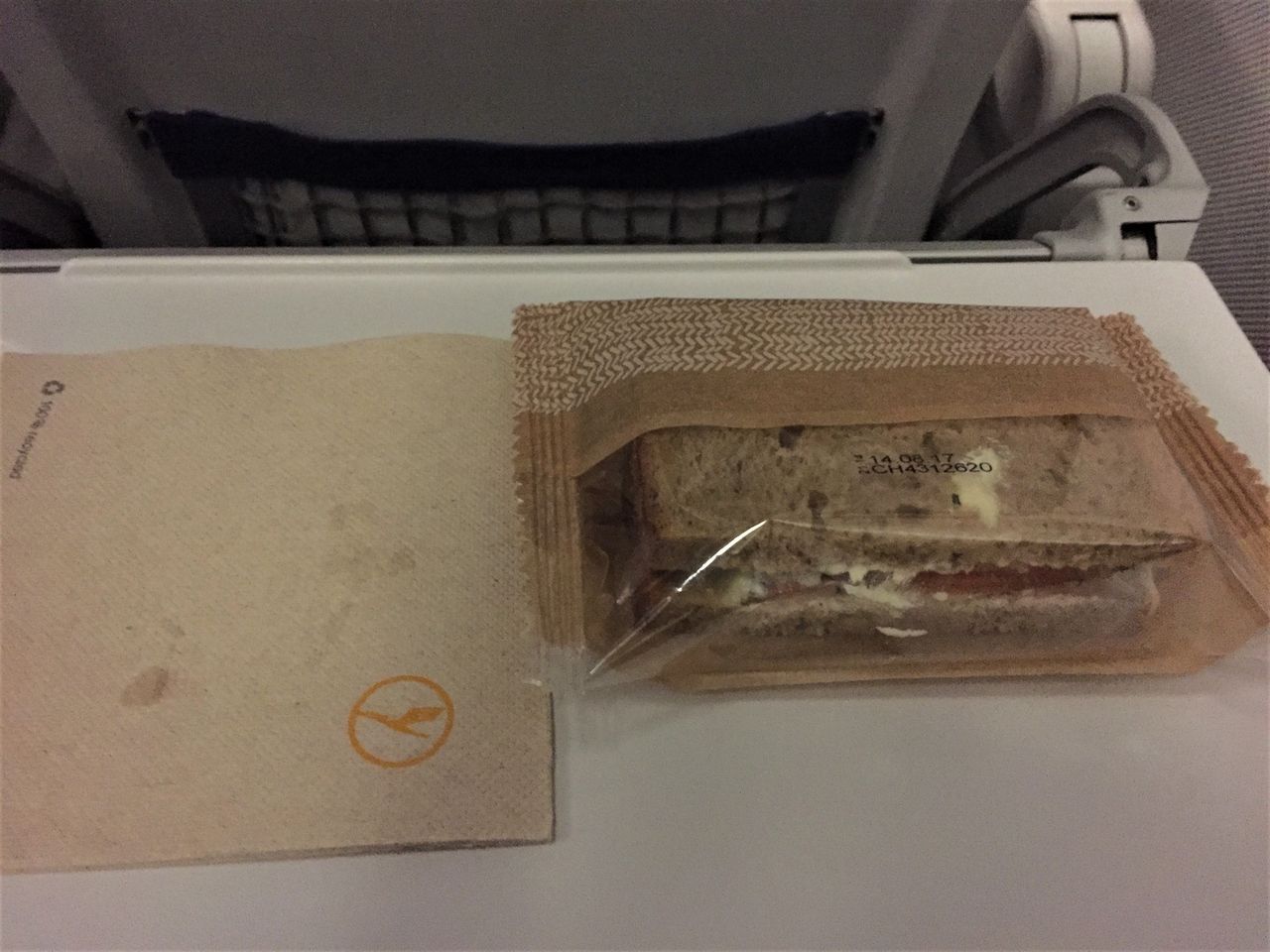 I finally found the magic word not to have a full glass : asking half a glass instead of saying "not too much". it is always funny that when I tell them I drank too much on the earlier flights I took and say I took 5 of them, they are like "what ?" ahah It seems that once again the crew was easy to reach and professional. 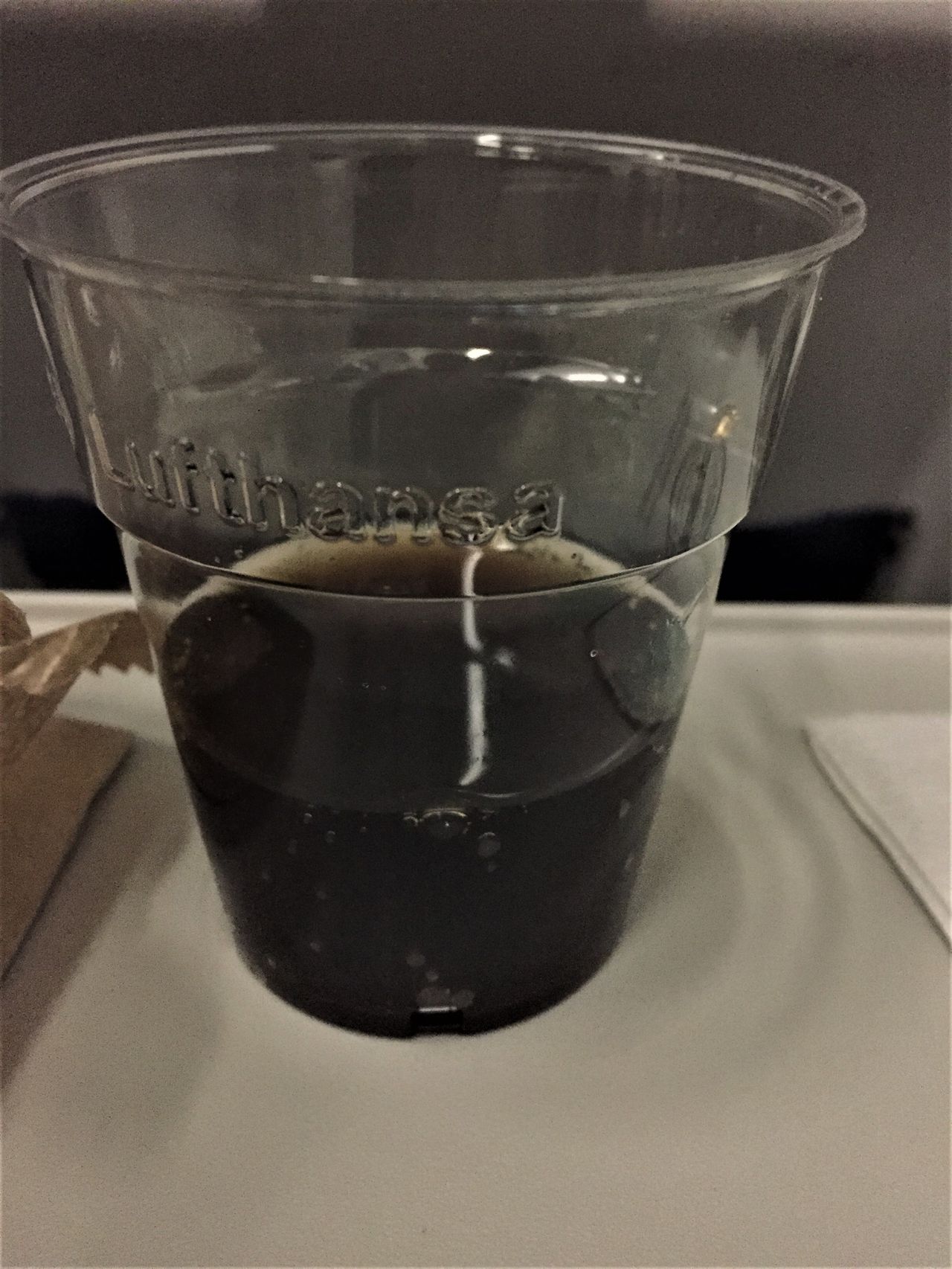 The safety card was as new as the cabin 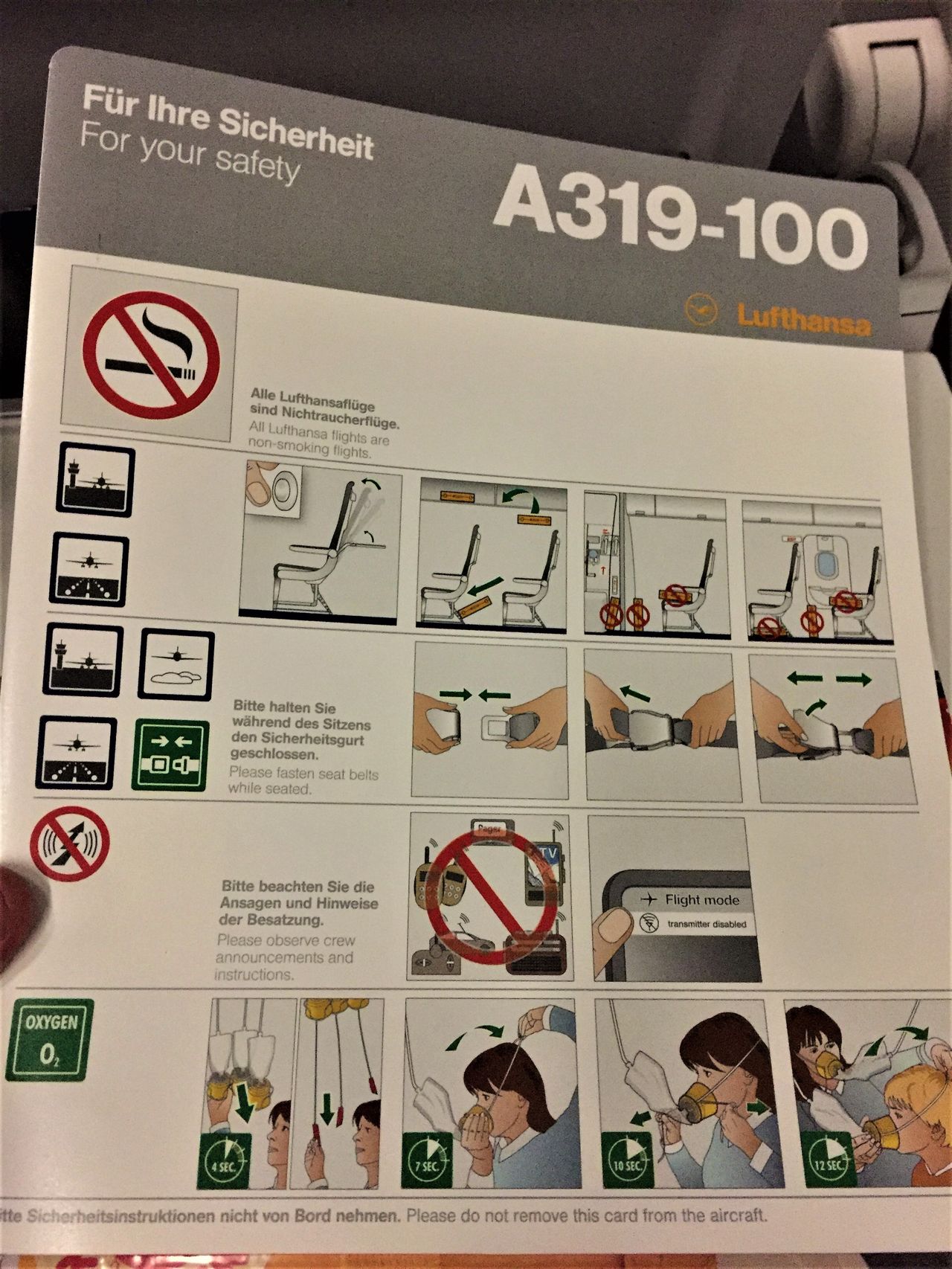 A laminated soft fabric was used and it is probably a good choice, given the fact it seems more resistant. 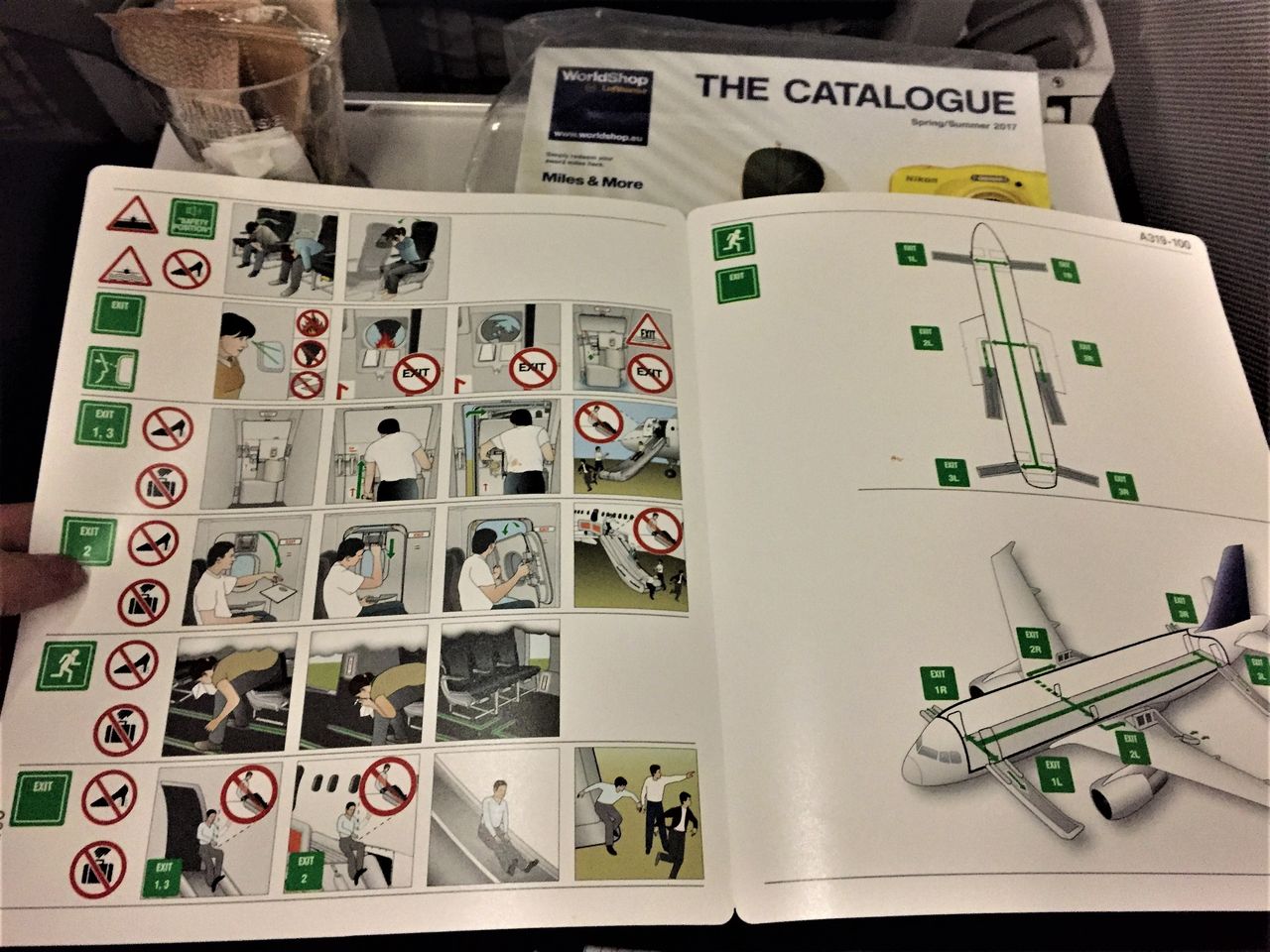 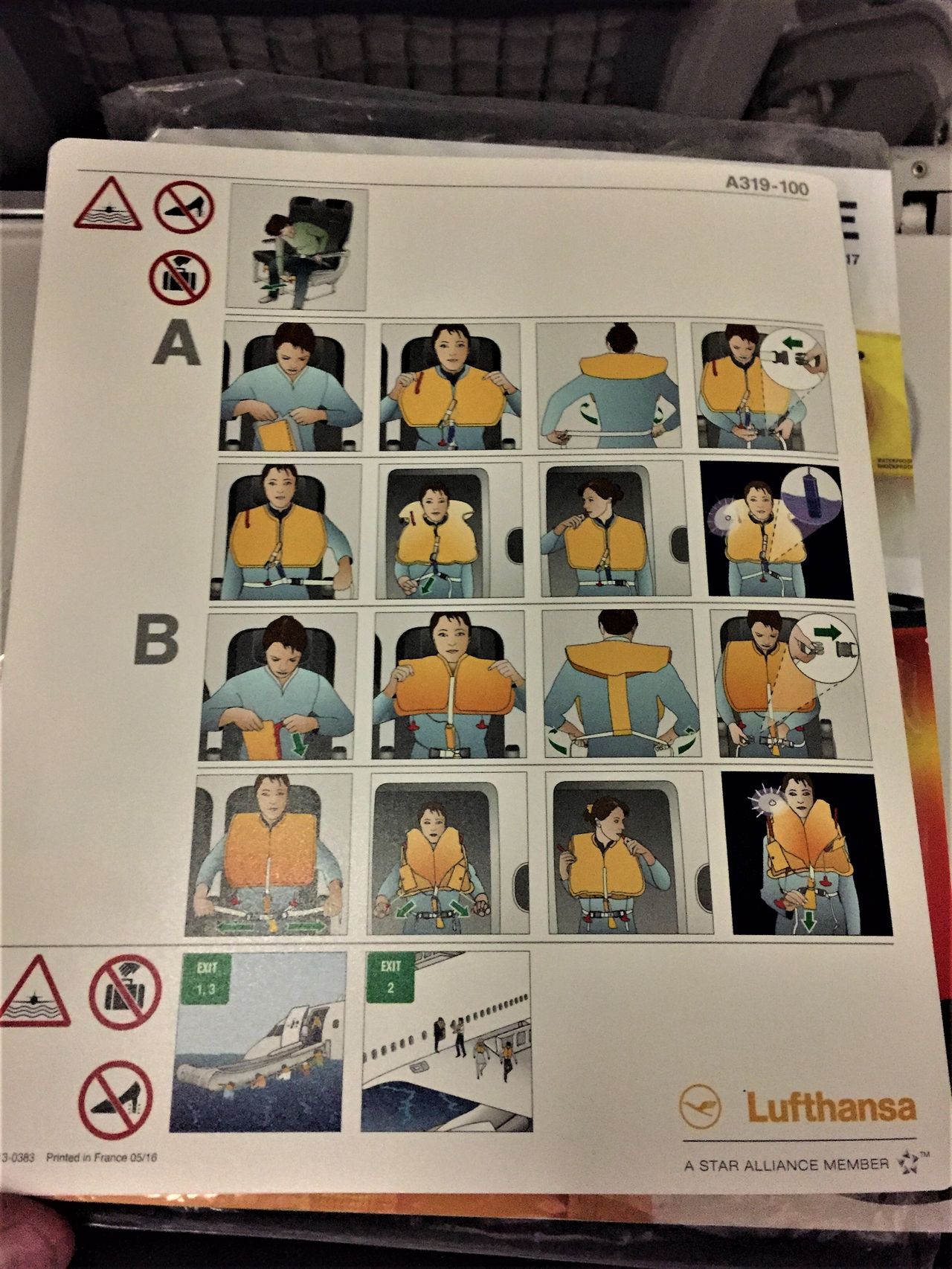 The shop and lifestyle magazines were also here. 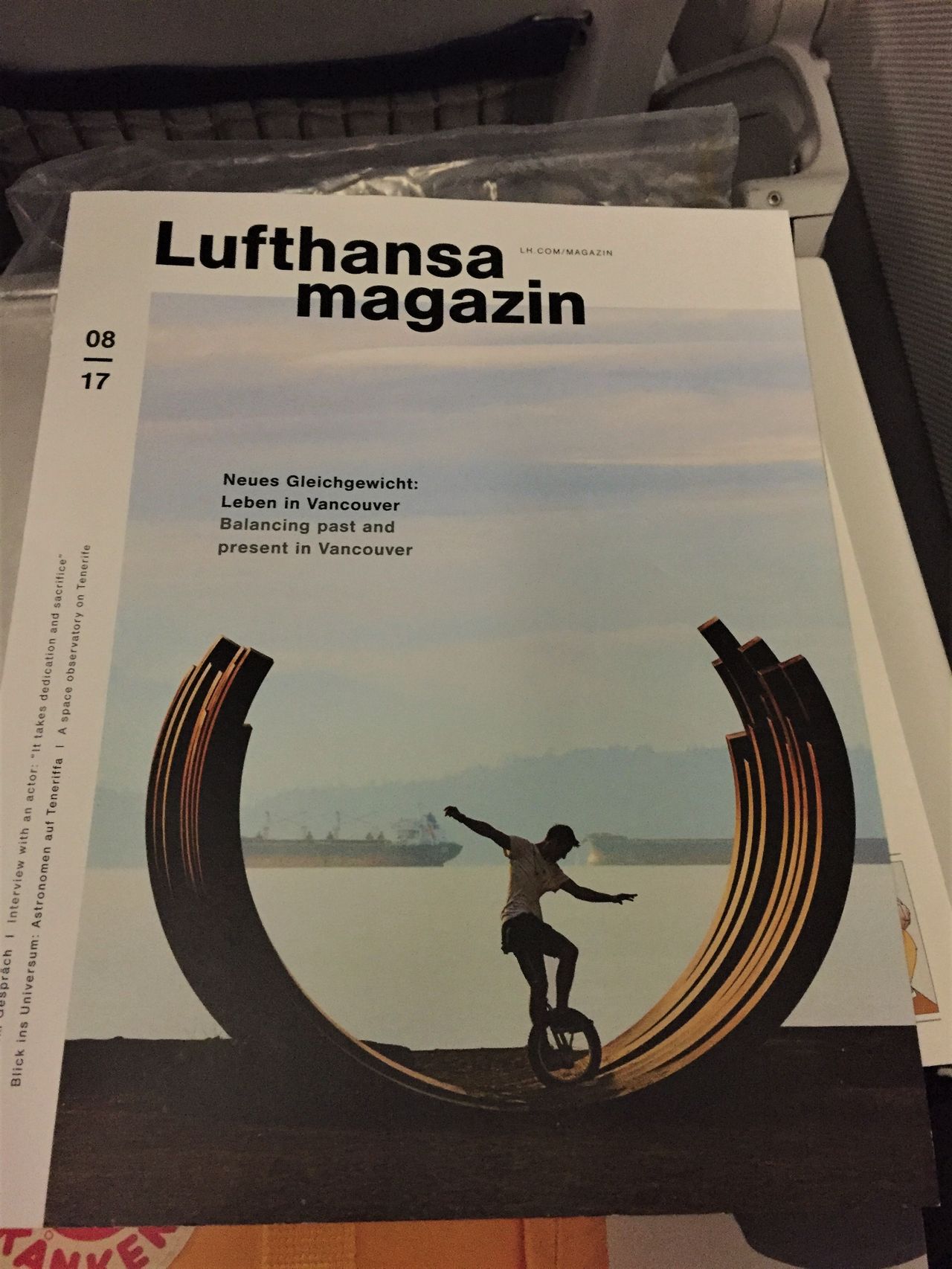 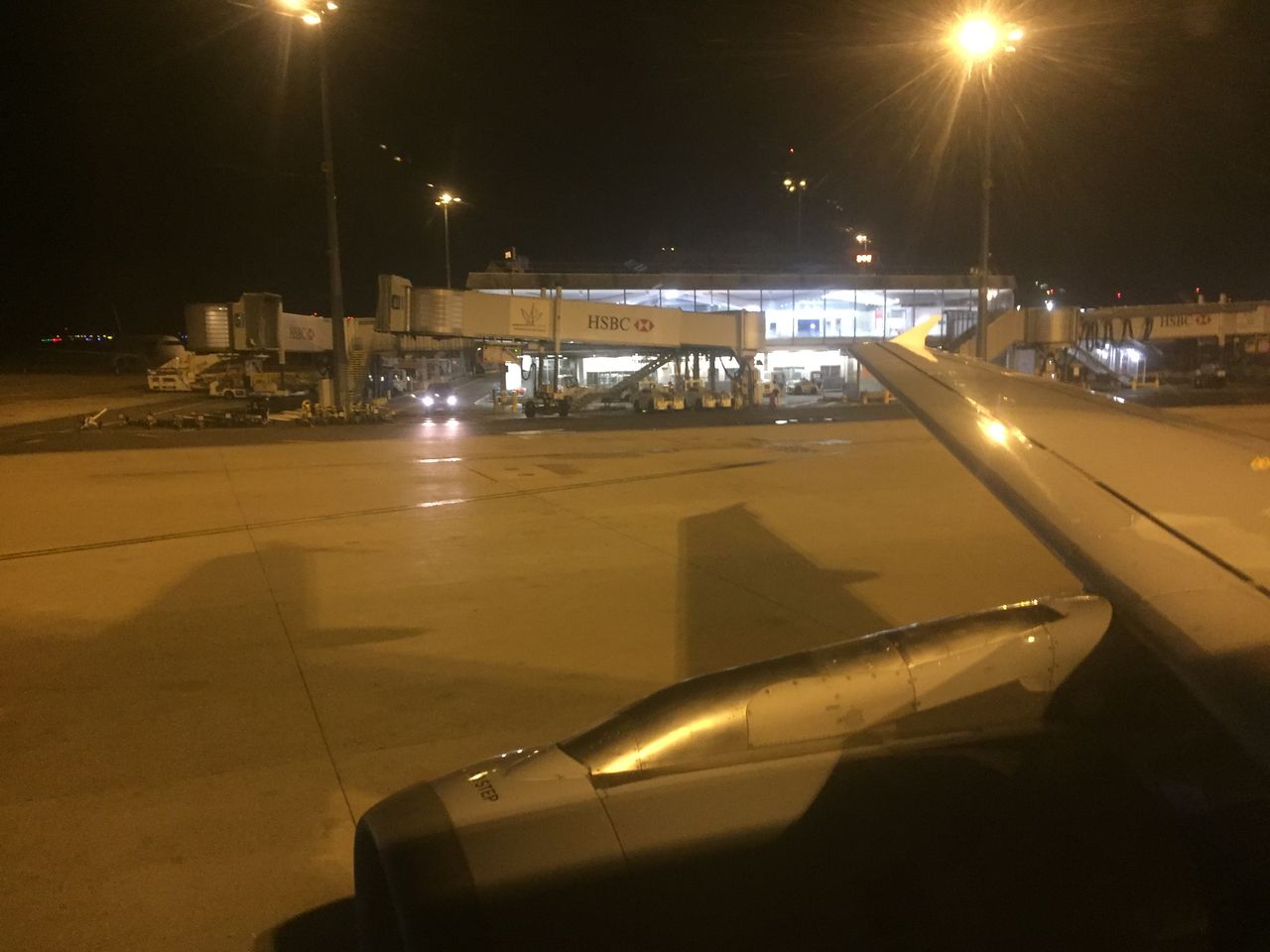 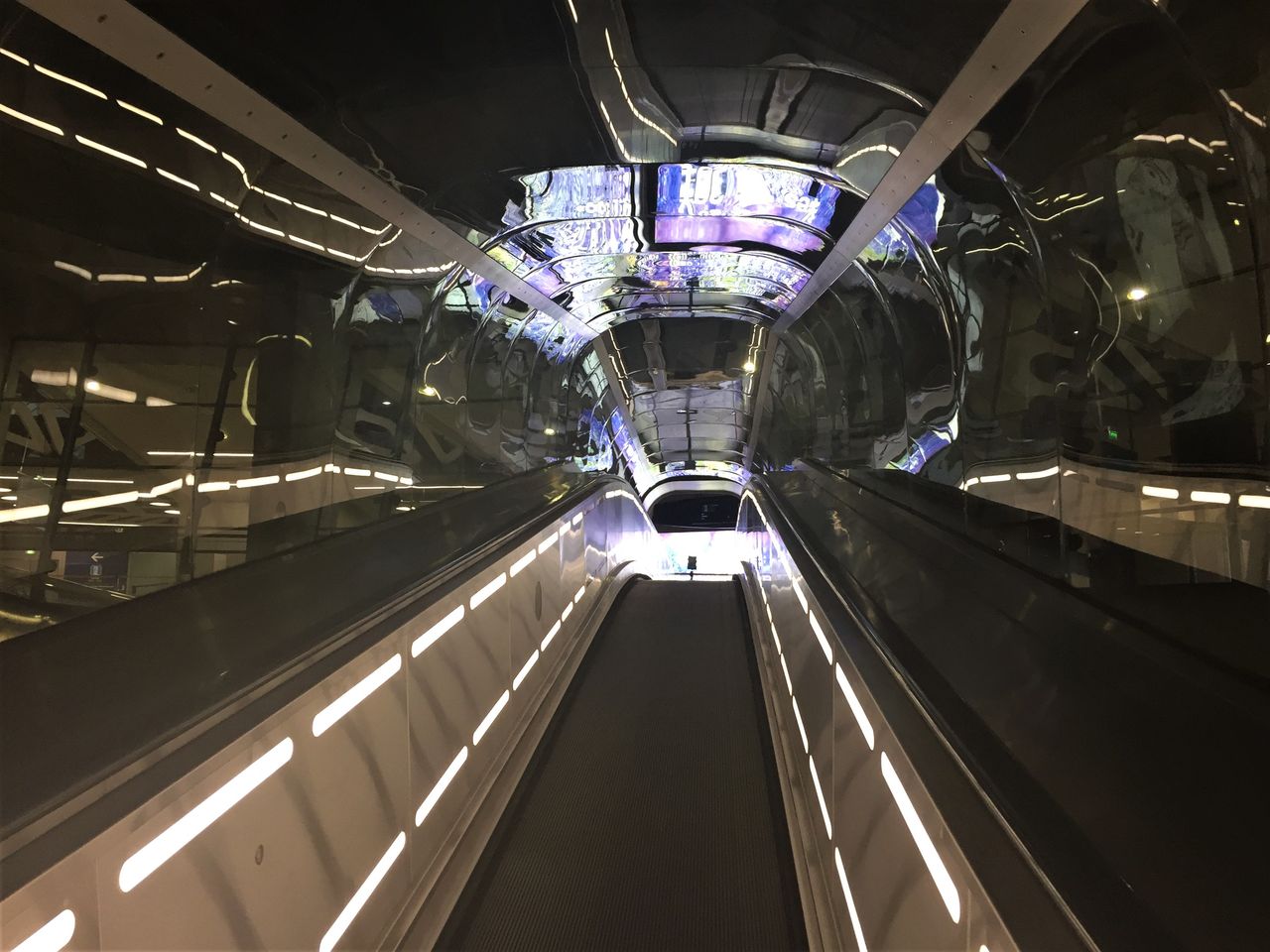 The luggage carousel area had just been cleaned by the time we got there and the area was quiet due to no other flight being apparently there. 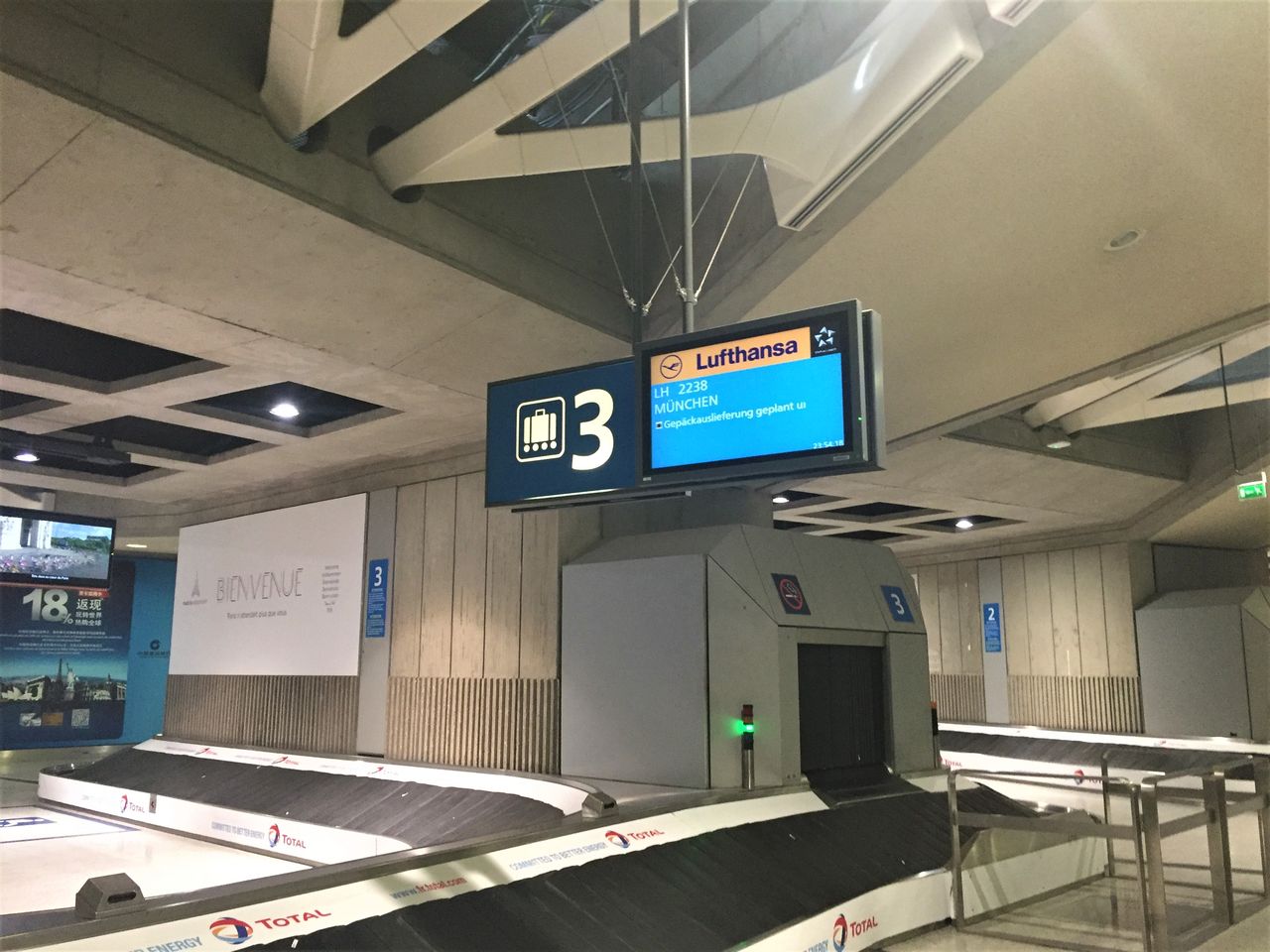 The luggages were delivered at 00:07 AM, 20 minutes after the flight's reaching its gate, quite long ! 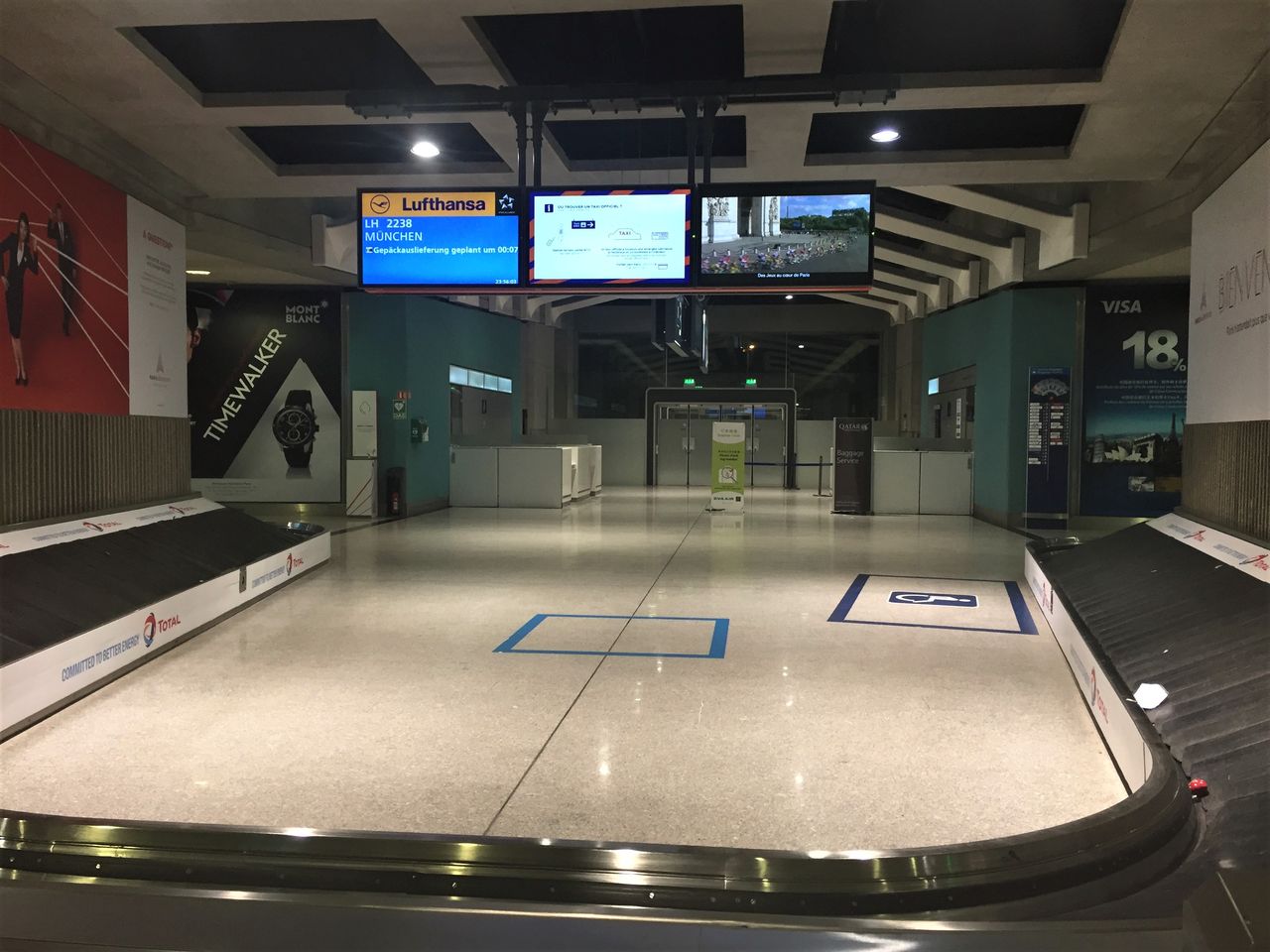 Then we had to wait for our chauffeur that decided being 20 minutes late and going to the departure level : plain stupid.
Here is a look at the empty Terminal 1 Arrivals area. Obviously, everything was closed. 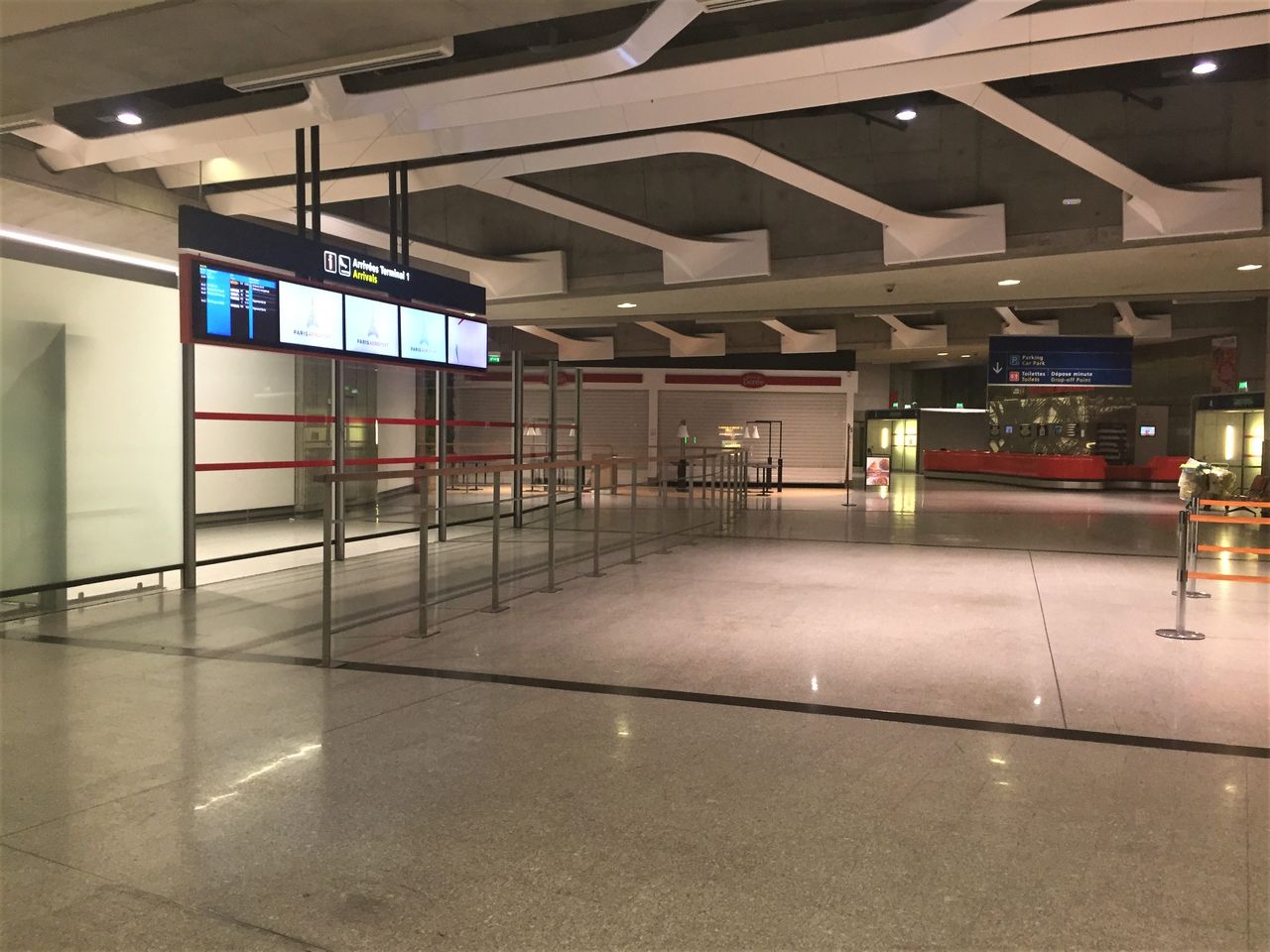 This concludes my 175th flight ! 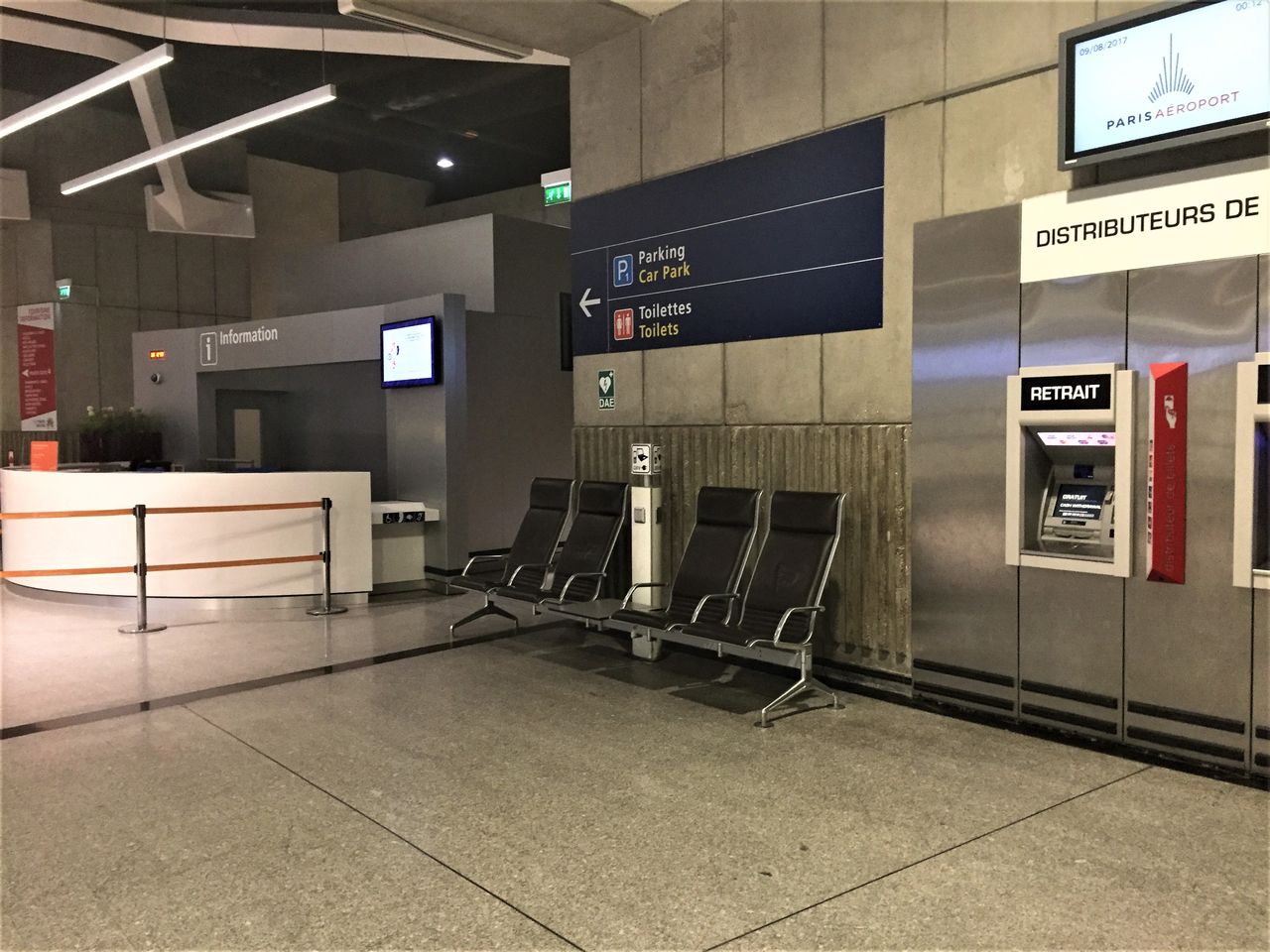 As I did last year, I will put a price on all those flight experiences (per pax) :

The total is then quite reasonable, reaching just 1791€ for 17 flights including 7 in Business or First, meaning in average 105€ per flight, incredible value ! If you remove the value of the 238 NZD (146 EUR) I got on my Airpoints account, this is even lower (roughly 97€)!

Thanks to this routing (/!\ except for the upgrade on SA559 and the LH K class flights /!\), I was able to score the Air New Zealand Airpoints Silver membership… 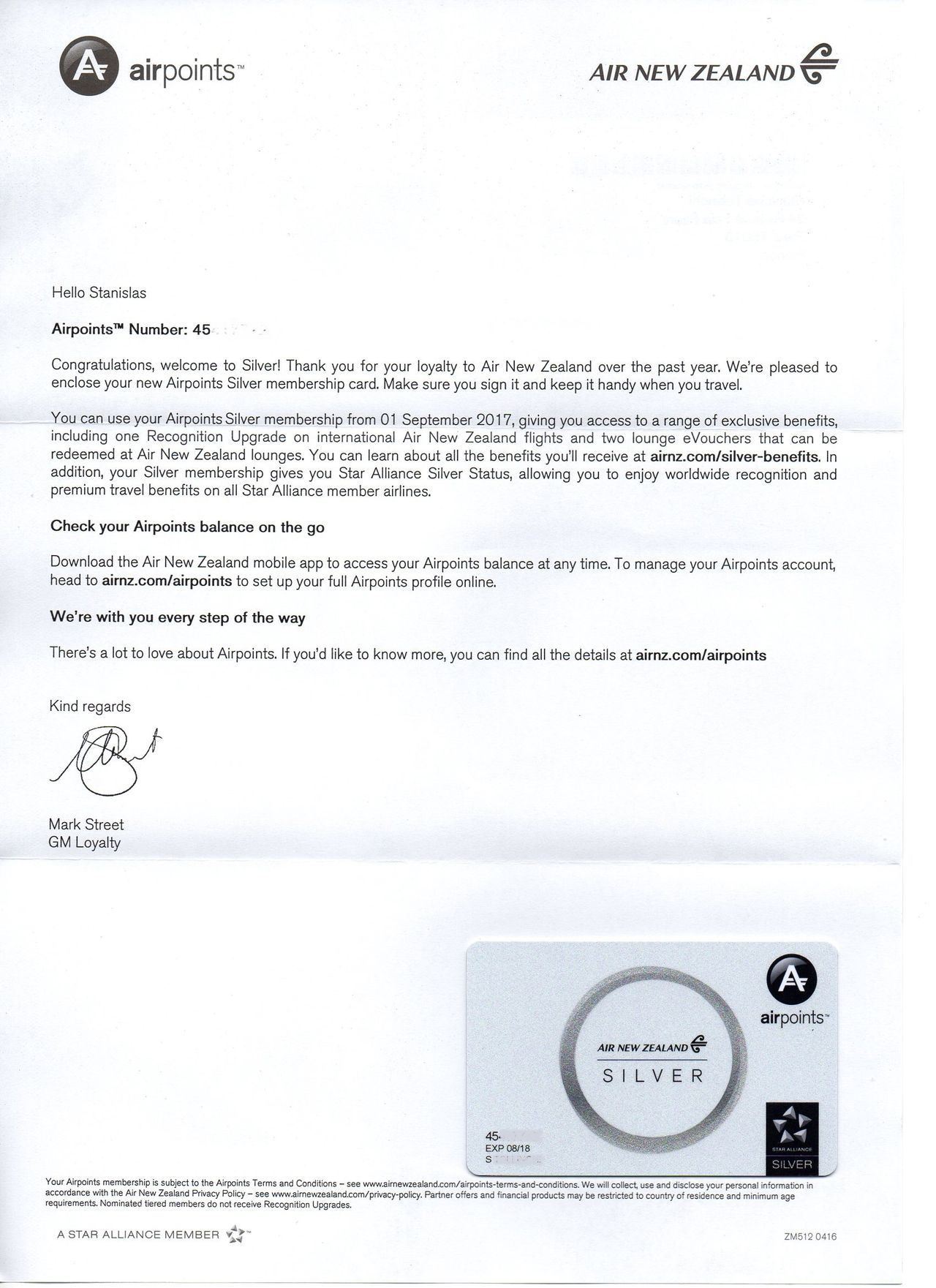 …that is absolutely worthless outside NZ but *A is not very practical to earn and pool family miles so I didn't have a lot of choice (Airpoints doesn't allow it for foreigners either). British Airways Executive Club is for me by far the best Frequent Flyer Program out there alongside Flying Blue… which leads me to announcing my next routing of July '18 almost all ticketed !

Now, I can say that I have a pretty good idea of what the LH Group is worth and it is a pretty good surprise. I flew their Y product 4 times, their J product 5 times and their First product once. From that experience, I'd say that the hard product is consistent. The seats are well maintained, the catering is up to the standard of a 4 stars Skytrax airline, the lounges are decent, the airports used generally speaking very good (except VIE).
As for the soft product, I had no black sheep each and every time.

Everything was smooth from A to Z.

The contributors of Flight-Report published 45 reviews of 5 airlines on the route Munich (MUC) → Paris (CDG).

The average flight time is 1 hours and 32 minutes.

He wrote 58 reviews about 21 airlines and 45 airports.