By aaqib67 2527
Published on 4th October 2017
Here's Trip Report 20
Flying back home to Colombo on 4R-ALB! Sri Lankan Airlines Airbus A330-200. Coincidentally, the last time I flew on ALB was on this very sector back in 2011 en-route from Kuala-Lampur International Airport (KUL).
Over the years, ALB along with the other aging Airbus A330-200's have been the backbone of the National Carriers operations with ALB's air frame, powered by its 2 Trent 700 engines being approximately 18 years old (MSN 306) and delivered in 1999 to Sri Lankan Airlines

Watch the entire Trip Report below:

Our flight back to base was scheduled for 15:05 in the afternoon which meant that we had a layover of around 2 hours at Singapore, which was pretty sad, yet unavoidable since we looked forward to spending a longer time in Singapore .
With our inbound A320-200 from Jakarta ( Jetstar 3K202) arriving on schedule after a very picturesque flight over South East Asia, a short layover coupled with a snack and a coffee was just enough fuel needed for the next leg.

Switched terminals within minutes since we were lucky to have our bags interlined to CMB and thereby didn't require us having to go through immigration formalities
Singapore Changi is an incredibly modern, diverse and people friendly airport ,probably coming in as one of my personal top 5 airports.
SIN looked pretty much the same since the last time I was here, thereby making navigation fairly simple.

As you read on, you'd understand that a great part of this FR is focused on Service. The Good, bad and ugly.

Here's the first one to begin with, Upon arrival at T3, we decided to grab a little snack and locate maybe a 7Eleven at the terminal. Messing about with the touch screens showed us a variety of restaurants and cuisines available within the airport. We were then greeted by a very friendly member of the staff at Changi, he was probably in his 60's and we both were amazed by his level of courtesy, willingness to help and of course his expert navigation (without GPS).The friendly greeting followed with the usual "Where are you from?" and "Where are you Going to?"rhetoric. Thereby the banker had to introduce thyself.
So this guy double checks our BP's which we got in CGK to see if everything was in order, leading to a very pleasant conversation that followed.
It seemed that our friend as a veteran at Changi, having worked for more than 20 years which was pretty amazing!
He went on to tell us about Singapore and a little chatter about aviation followed, our friend being an expert in aviation, with me belting out questions on Singapore Airlines, LCC travel and whatnot. He then asked us if we were looking for something to eat and recommended us places to eat and local dishes to try out which were Nasi Goreng and Nasi Lemak and the local favorite, Chicken Rice. He then informed us that we should get to the gate soon since we had an hour or so remaining. We were guided to the food court and were told to pick from a pool of 3-4 places that would serve us the fastest in order to get to the gate.

Honestly speaking, this was indeed service excellence at its best and I was pretty upset not to get this person name or even a photograph with him.
Anyhow, sir if you were to come across this FR, we wish to thank you once again for doing what you did even though you hadn't have to go out of your way to make the little time we had worthwhile. A true brand ambassador of Singapore!

Moving on. As curious as my fellow countrymen on a quest of food, we decide d to be a little adventurous and decided to have something light since UL were to serve us lunch, thereby picking up some Laksa, which was indeed the worst most unappetizing inedible soup ever! (Warning! : Never have the Laksa at Tip Top, trust me its horrible). We then headed to BK to have something more familiar and headed to the gate with not much time to spare. 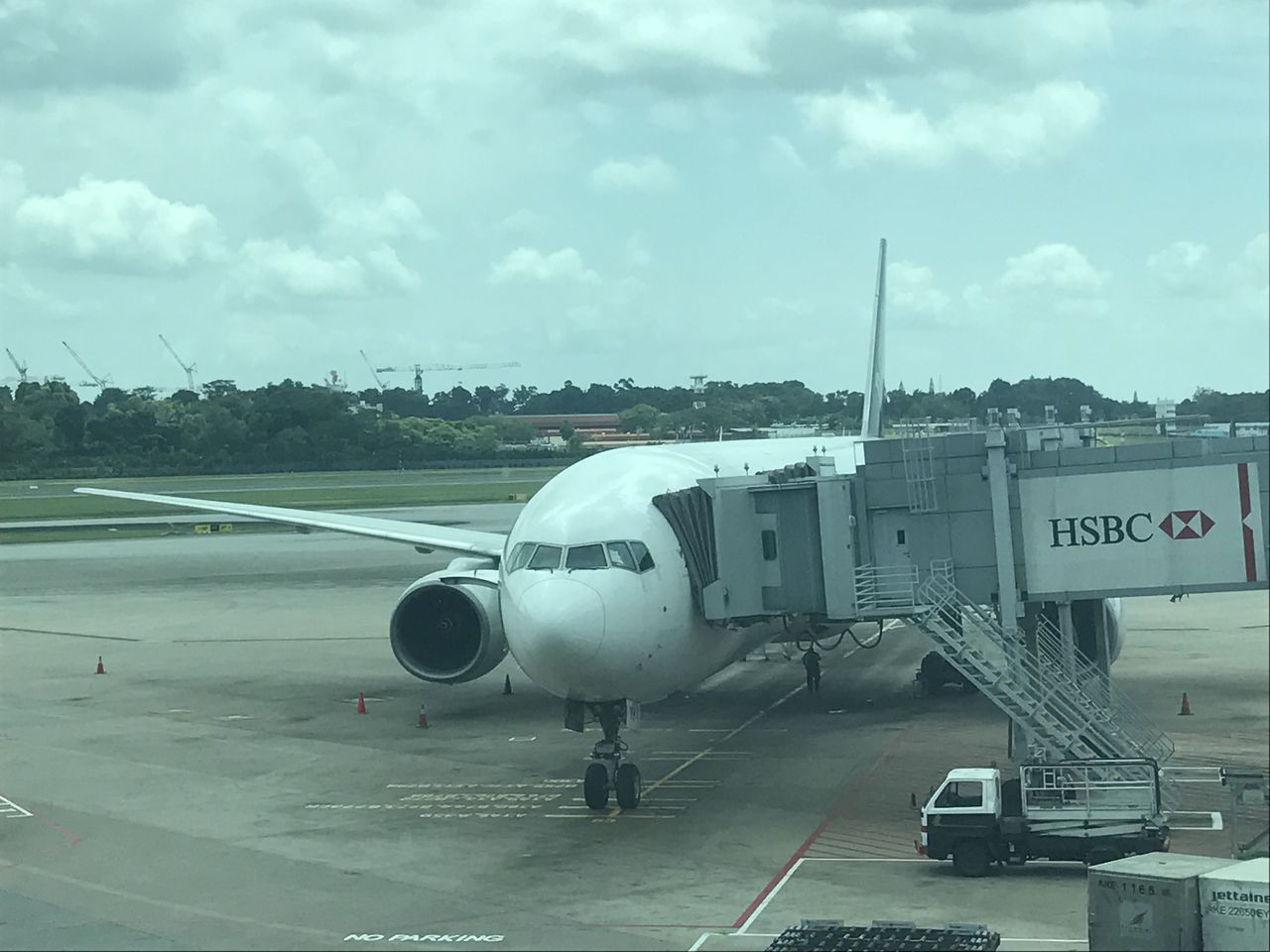 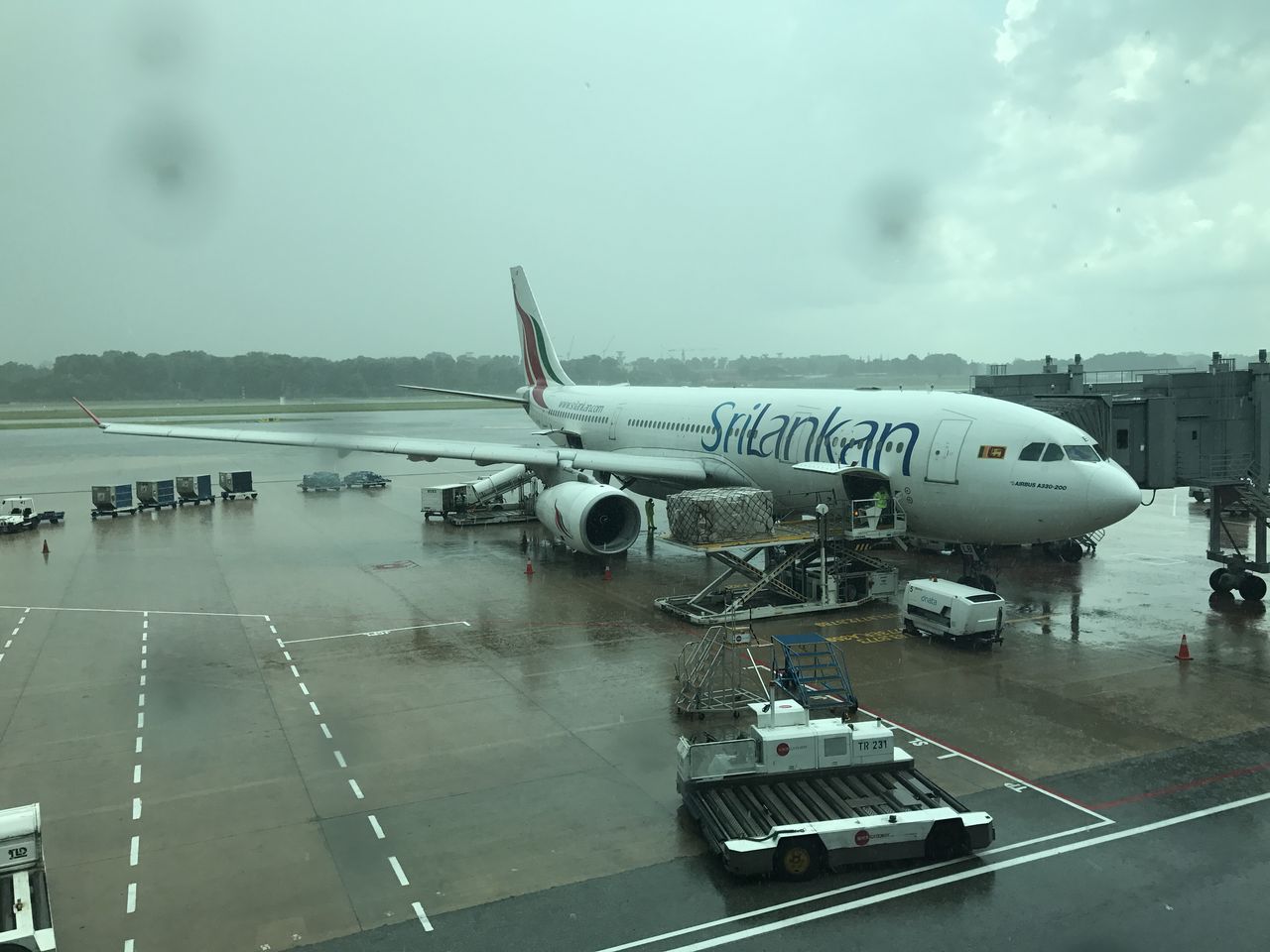 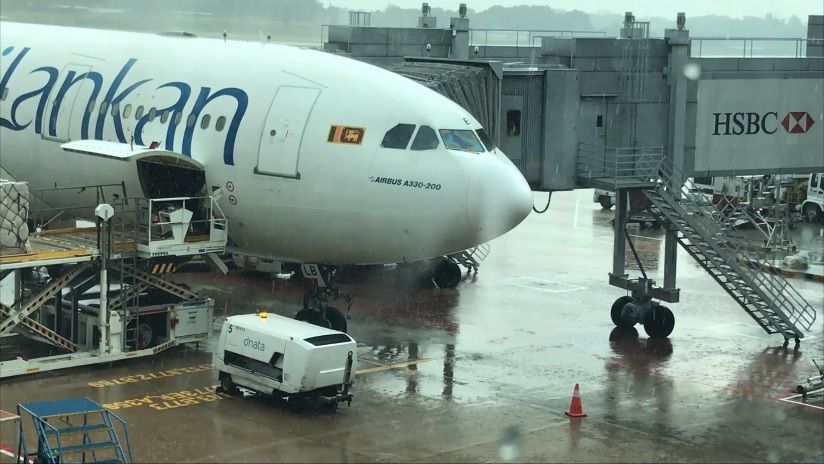 Focusing was a little problem due to rain at Singapore 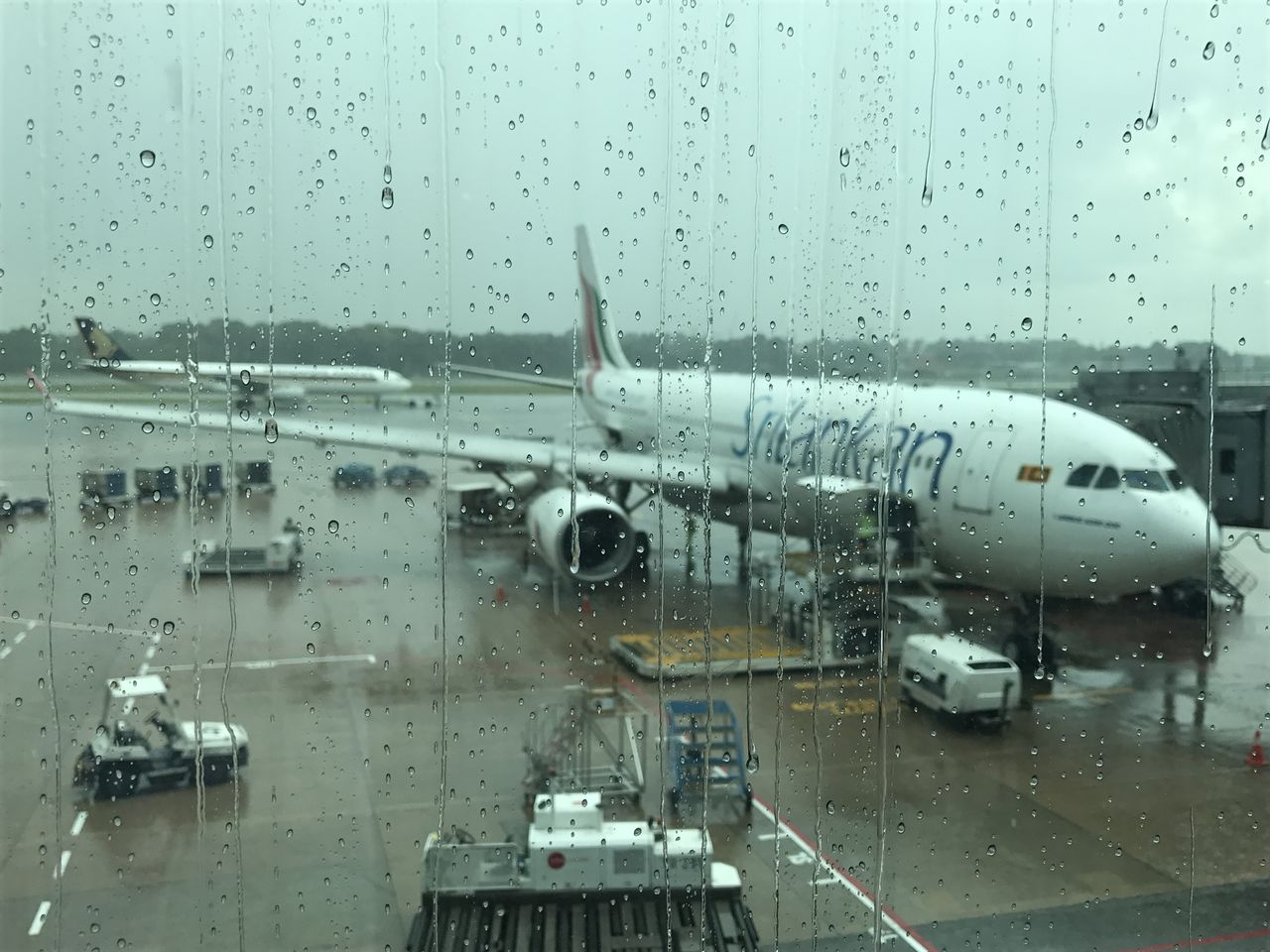 Boarding was very quick and efficiently handled by the ground staff.
We were welcomed on board and made my way to my pre-booked my seat (53F) which I managed to get online,upon checking in. This was done mainly to make sure that I didn't get a horrible view this time around and it was indeed a good choice, since the CMB-CGK seats My usual seat selections on the SriLankan Airlines Airbus A330-200 series aircraft are in the rear cabin with the choices being anything between rows 50 and 58.

Departure was as scheduled, today being a full flight comprising of mostly business folk and holidaymakers making their way back home, this flight being common to those flying in from Australia too. 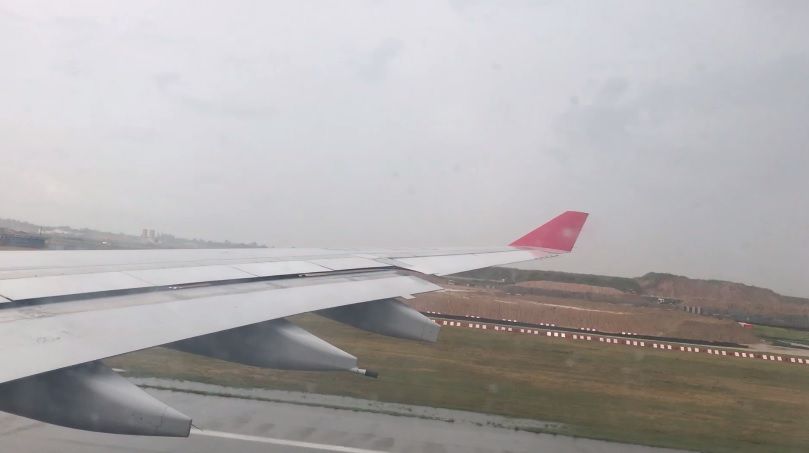 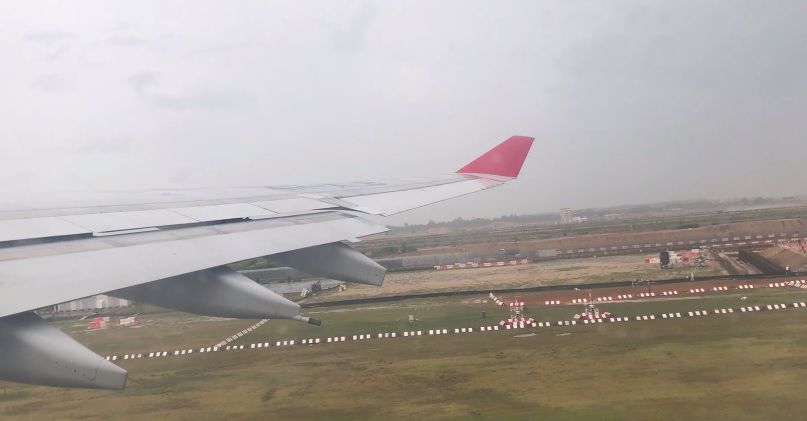 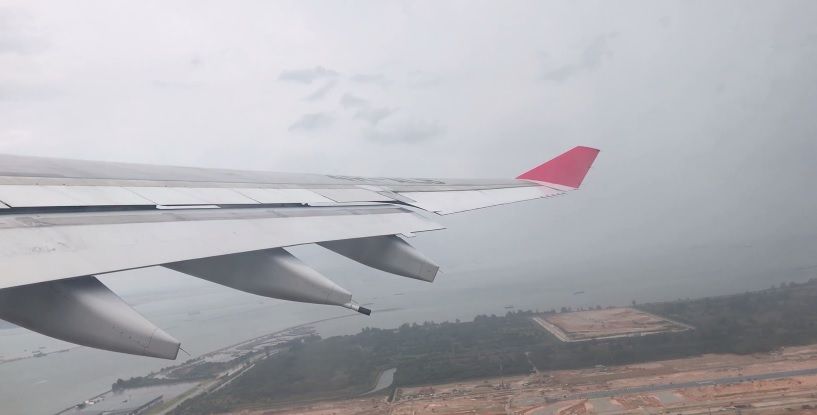 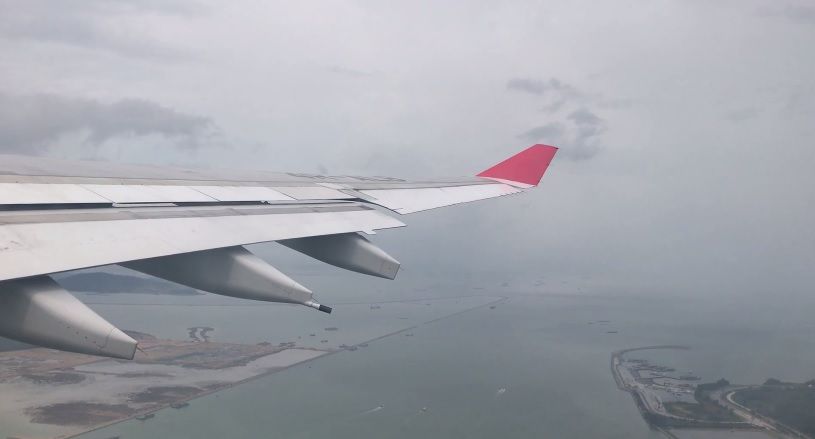 ALB has refurbished J and Y Class cabins, they too were a little outdated although maintained much better than ALH that I flew on a few days ago to CGK . The IFE available was average,but sufficient for a Medium-Haul flight which I didn't make use of much, sticking to the usual moving map. Reading content was available too with the regular In-flight Duty Free Serendib Treasures Magazine and the Serendib Magazine taking up the seat pocket contents. 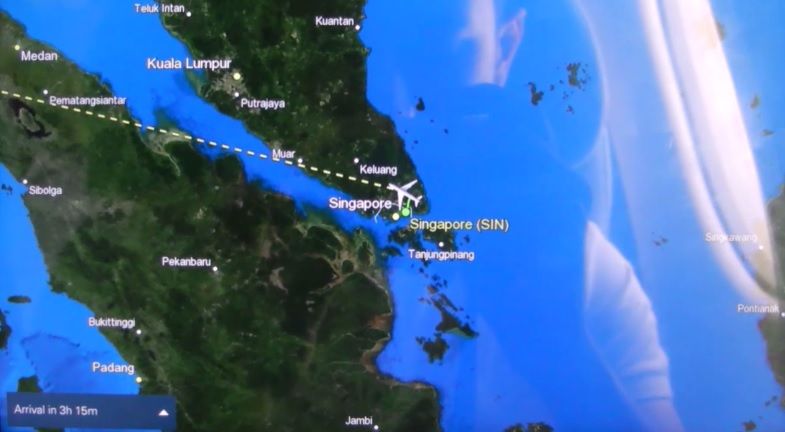 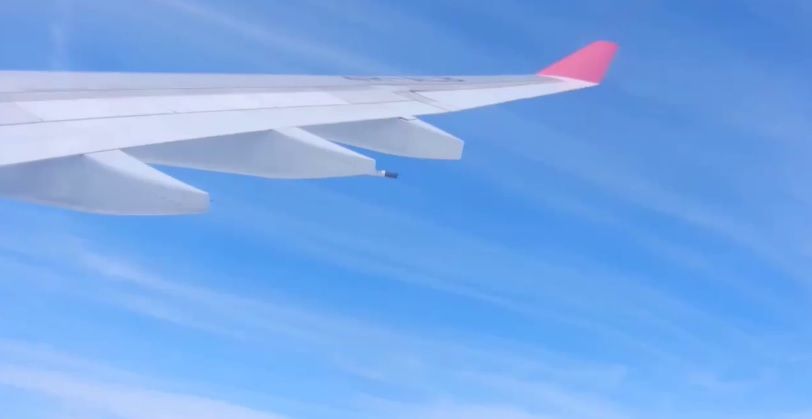 Meal Lunch on today's flight comprised of "Rice with Chicken" which tasted quite alright. No complaints. Accompanied with the usual salad,fruit,water and a choice of beverage. 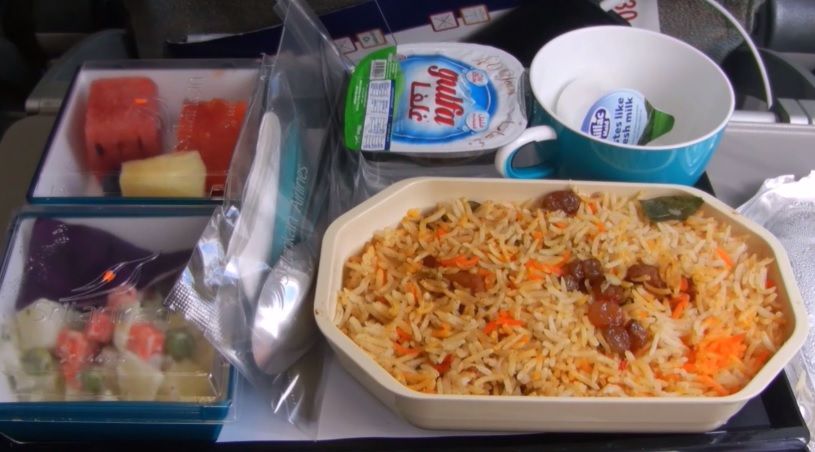 The Crew on UL303 were simply outstanding even though they had just flown in from CMB just minutes ago, they were extremely helpful and very friendly.The cabin Manager Shawn, made sure that all passengers were looked after and attended to throughout the flight. Having introduced myself as so-and-so, he was astonished to hear that I was fully aware of UL, its fleet and the news circling around the national carrier. So according to him, this sector was scheduled to be operated by ex-Mihin Lanka's Airbus A320-200 and assured me that ALB even though being one of the oldest in the fleet was far way better than MRE!
A frequent flyer and friends in the sky comes with its benefits and we were allowed to move to an unoccupied bulkhead seats 50J and 50K, 50K being the same seat I was on back in 2011. I'd say a good leader is what makes a team perform well thus reflected by Shawn and his team for being probably the best set of crew I've flown with on the national carrier. Unlike my onward flight to CGK, a drinks run was carried out twice and the passengers were kept hydrated and satisfied throughout. Another friendly gesture by the crew was giving out water bottles just before landing which was highly commendable.

Landing at CMB Landed back home on time,being the last to disembark, I managed to thank each member of the crew in the rear cabin for a job well done and remarkable service!This is what SriLankan Hospitality is! 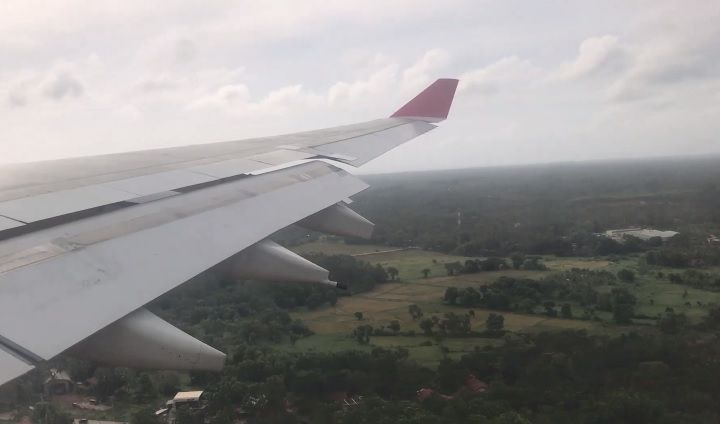 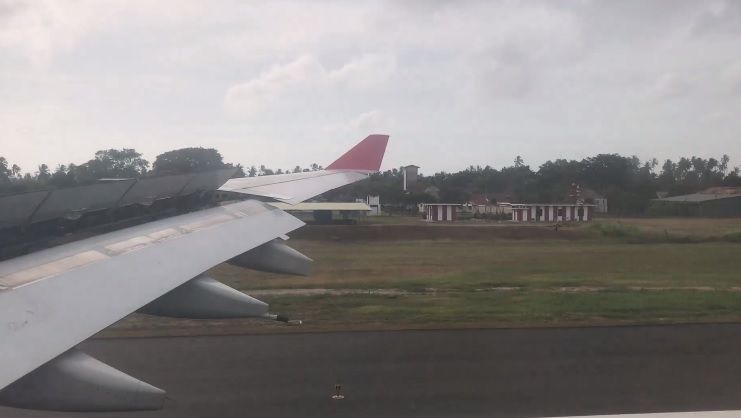 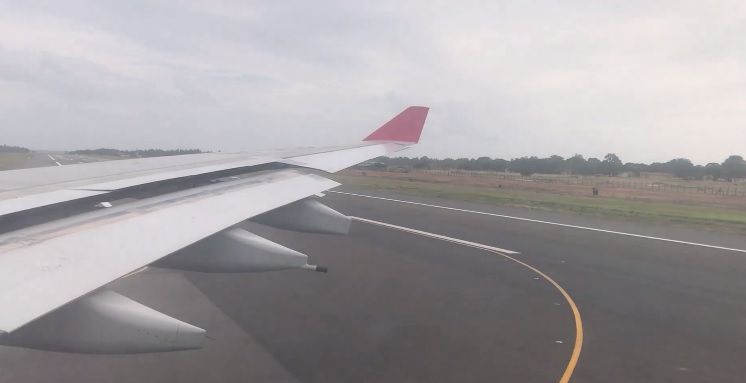 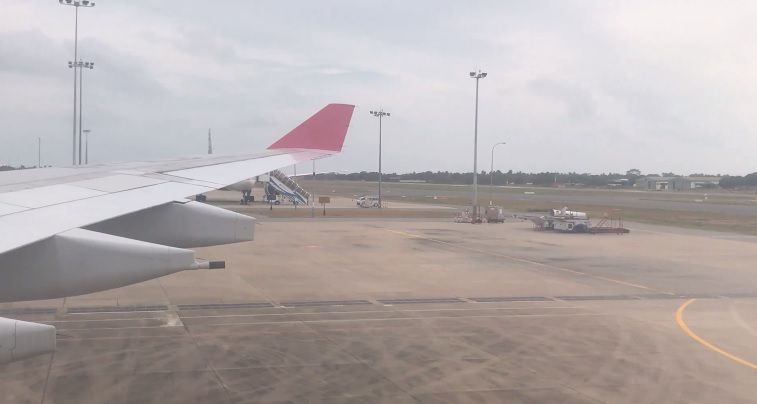 This ends this series of 3 Flight Reports! More to come in the upcoming months, stay connected via. FR as well as Youtube.
Comments are welcome! Thanks for reading
See you in the next takeoff!
See more

The contributors of Flight-Report published 12 reviews of 4 airlines on the route Singapore (SIN) → Colombo (CMB).

The average flight time is 3 hours and 45 minutes.