It is my first time to fly with Hainan Airline. Before I booked the ticket, I had done a little research about it. Hainan Airline is one of ten 5-star airlines in the world. It is the best airline in China. It is not belong to any alliance like One World or Sky Team.

I am flying business class this time with a brand new aircraft 787-8. The configuration for this business class is 2-2-2, which means there will not be much privacy on the seat compare to China Eastern’s business class(1-2-1). There were total of 36 business seats on this aircraft and luckily there were only 3 passengers in business class. 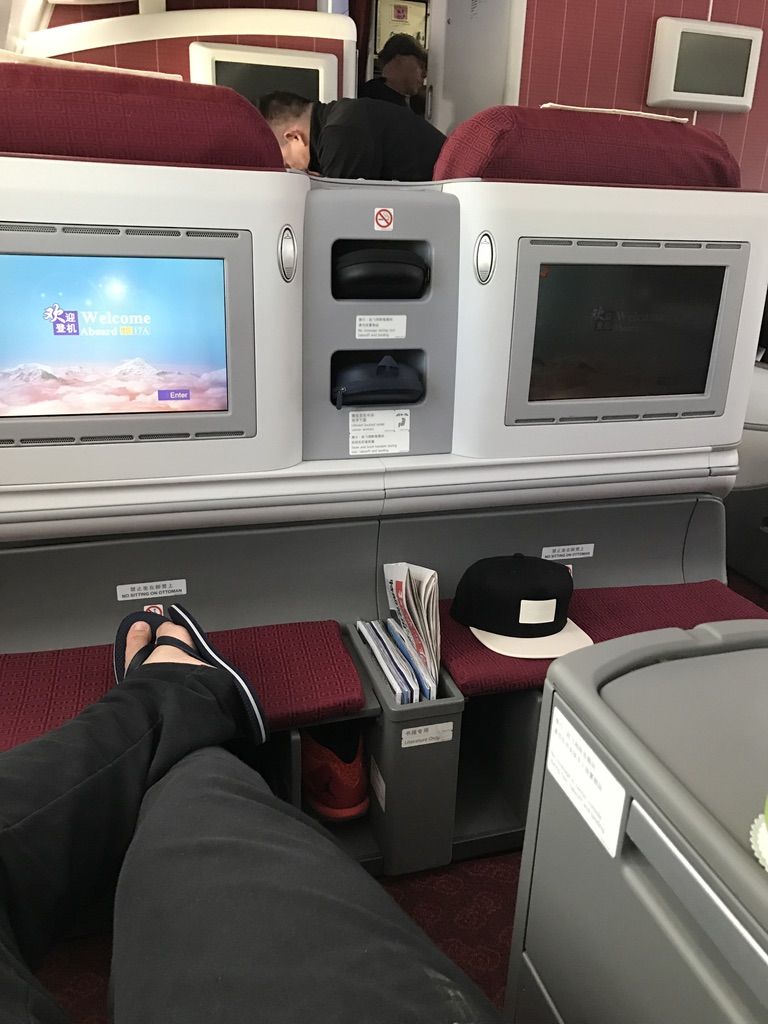 The lounge in Chicago O'Hare airport was not good compared to the lounge in Beijing. There was no hot meal and no shower.

A hot towel were served as soon as I get to the seat. And some juices, champagne and water came along after it. I took a champagne. It is not the best champagne I had, but it is totally not bad compared to the other airlines.

Now, Let's speak to the in-flight service and dining. I have to say that the crew on Hainan is the best I’ve had on any commercial jet. When I try to use my iPhone to take some photos. The flight attendant came over and said that If I want to take some photos during the flight I only can use my iPad or camera. Phones were not permitted at any time during the flight on Chinese planes. And she said that if I need her to take photos for me, feel free to ask. Luckily, there was nobody sitting beside me.

The flight was on time. Thirty minutes after take off, a meal was served as the photos show below. 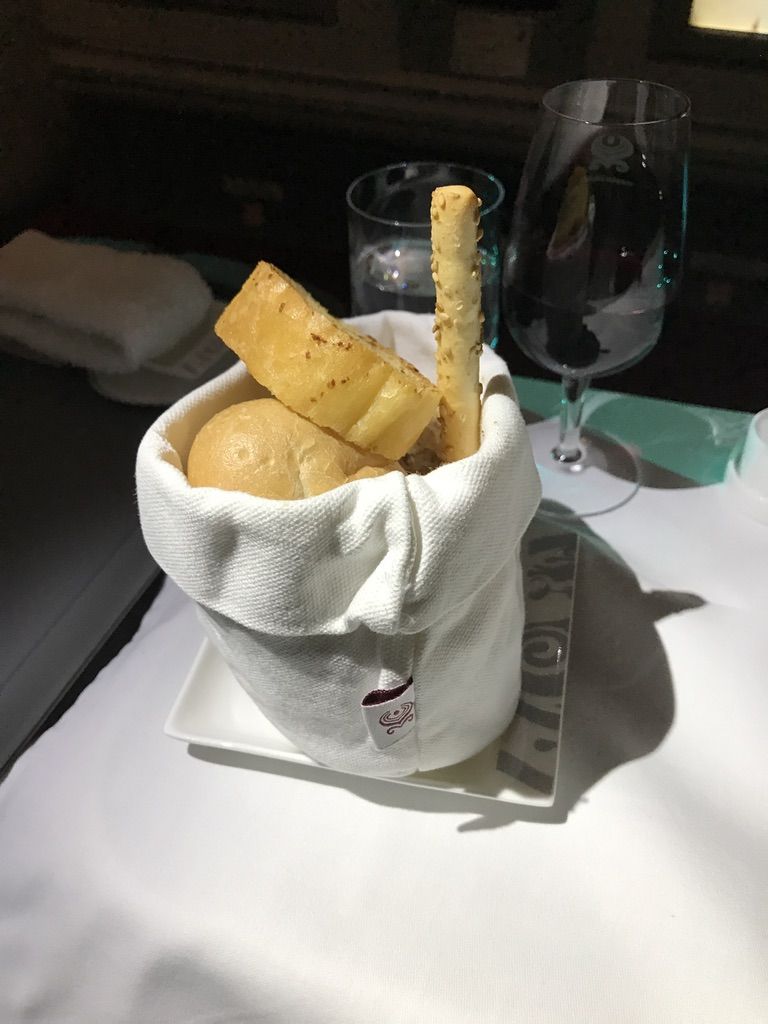 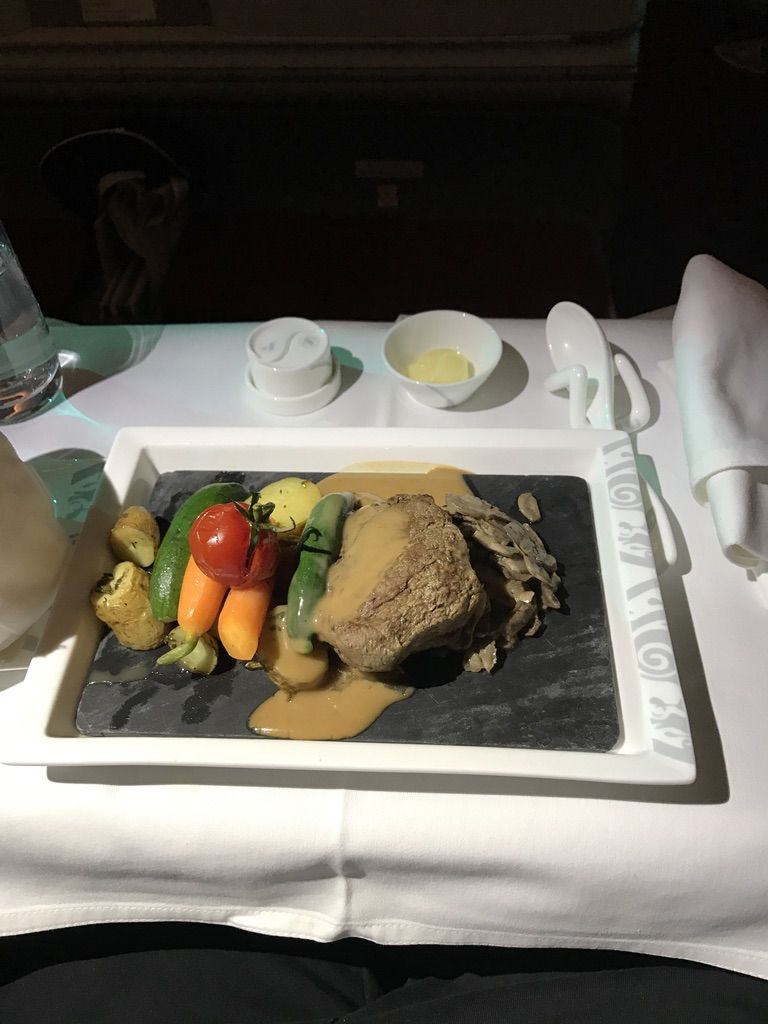 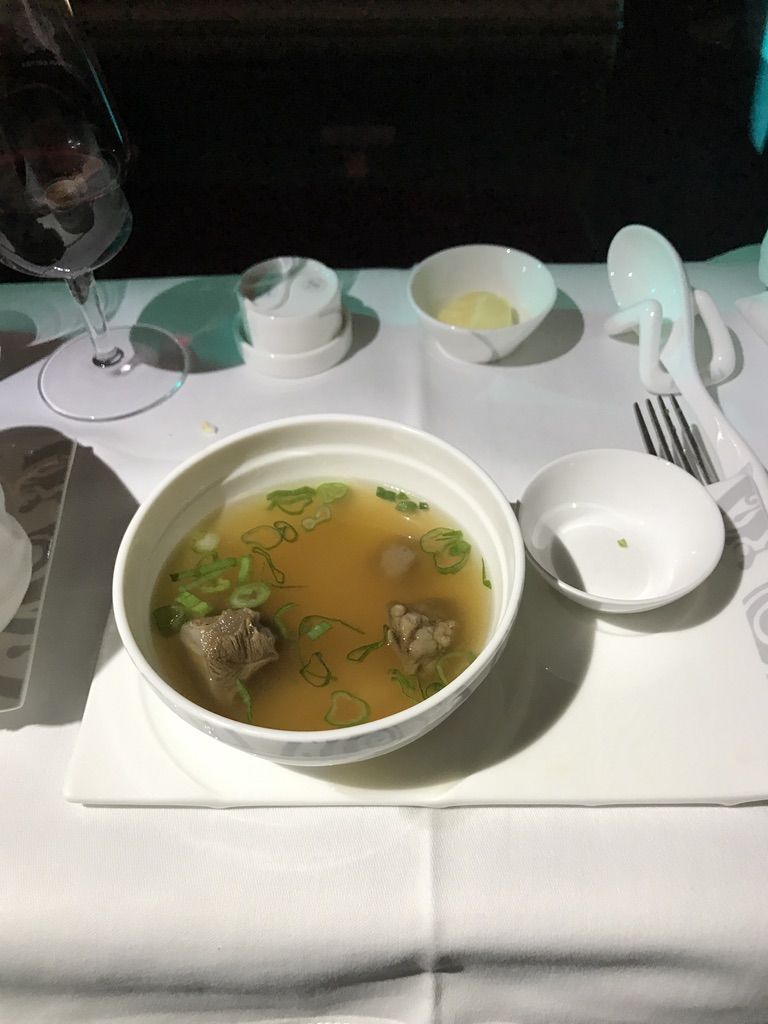 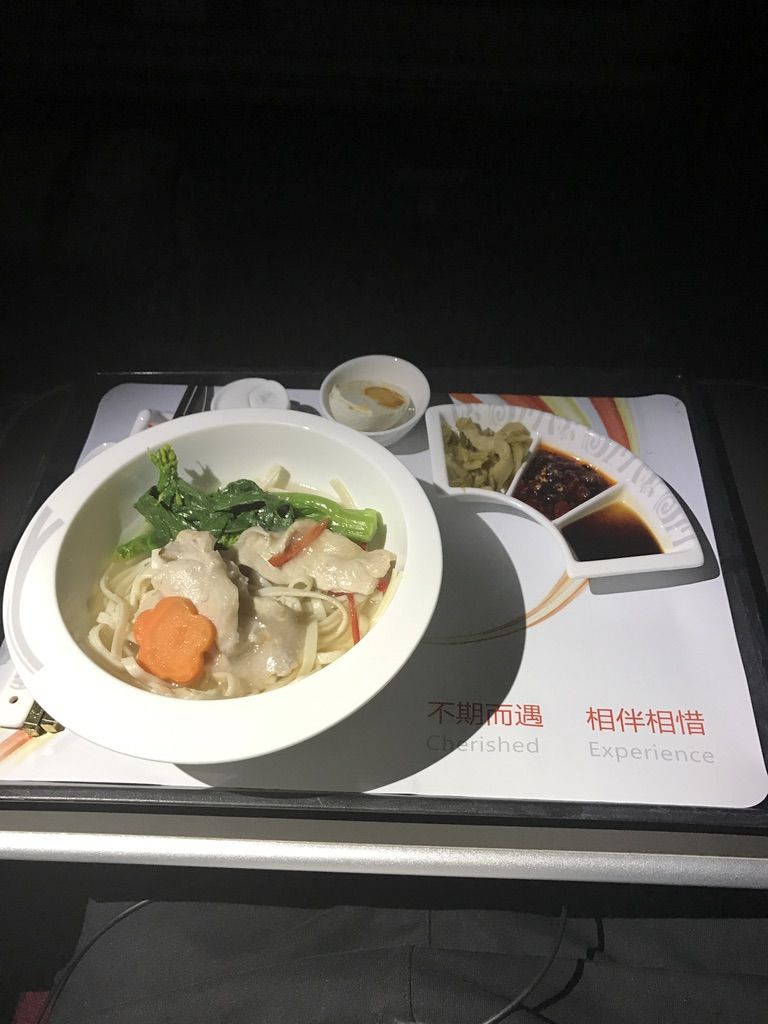 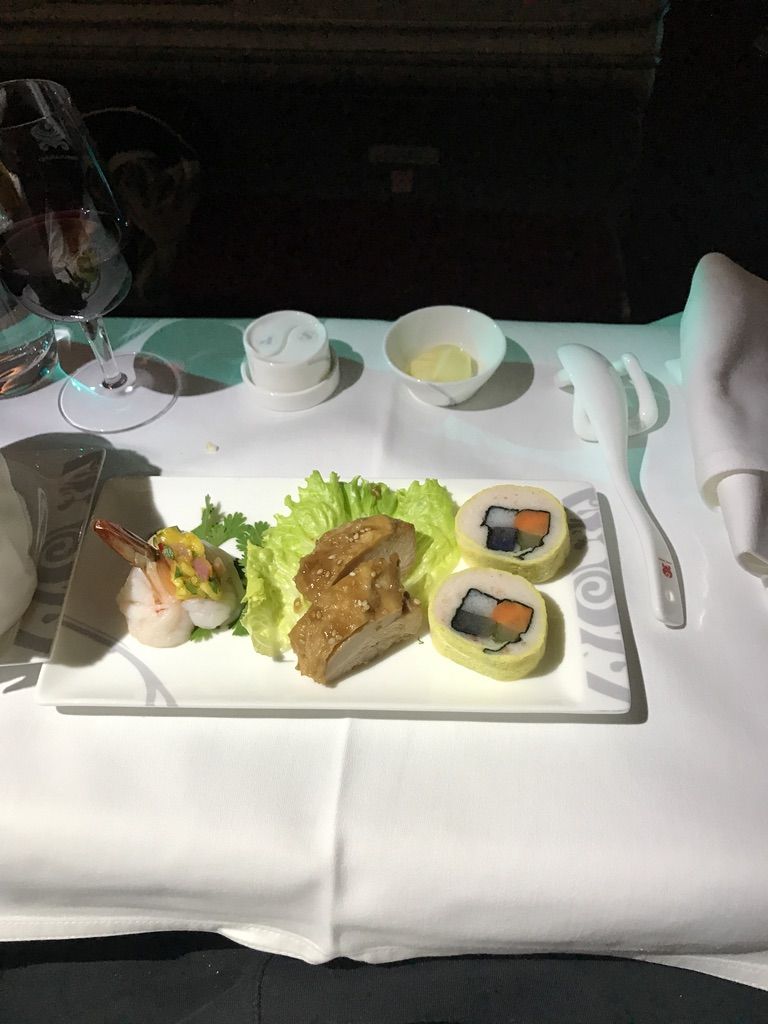 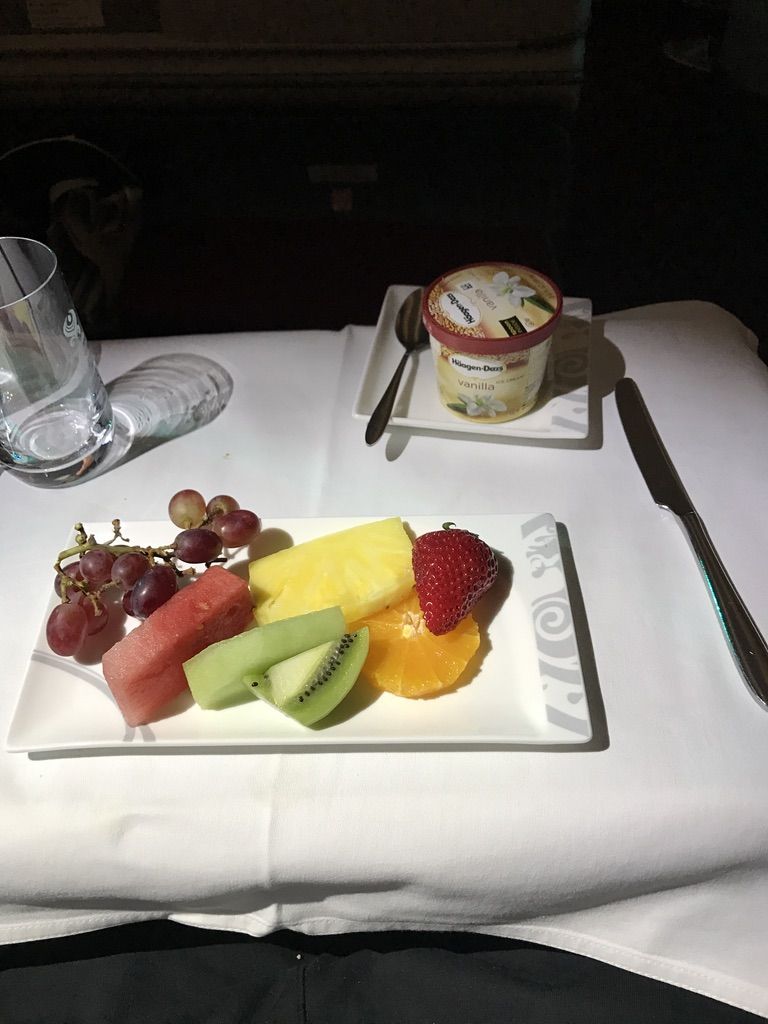 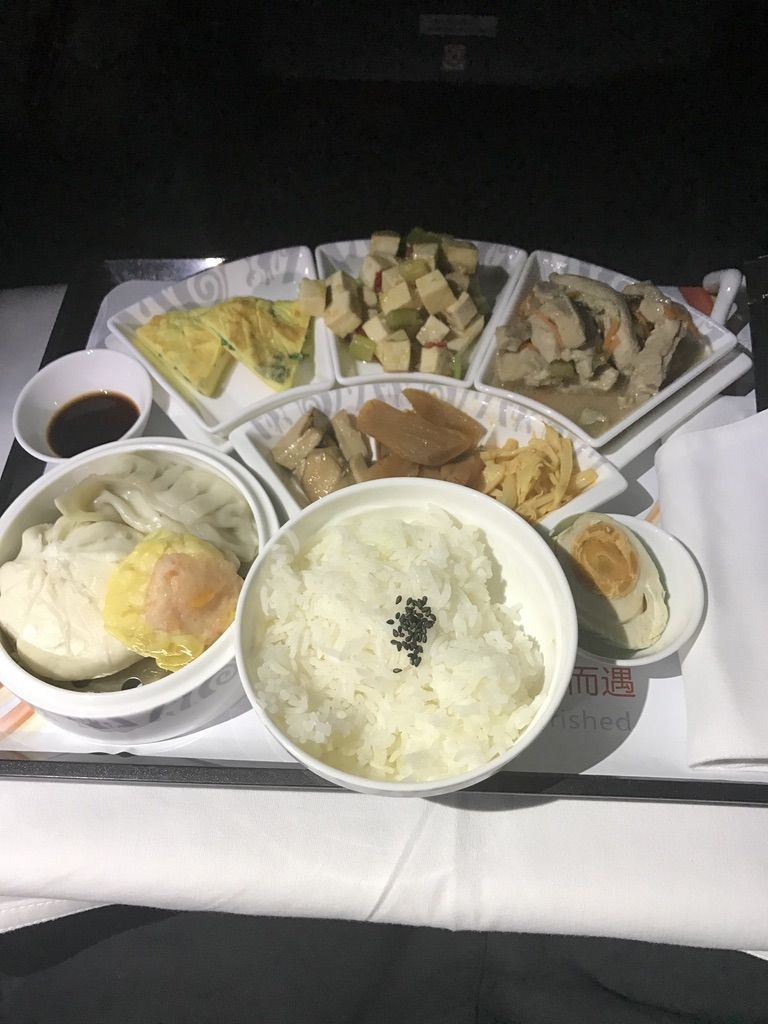 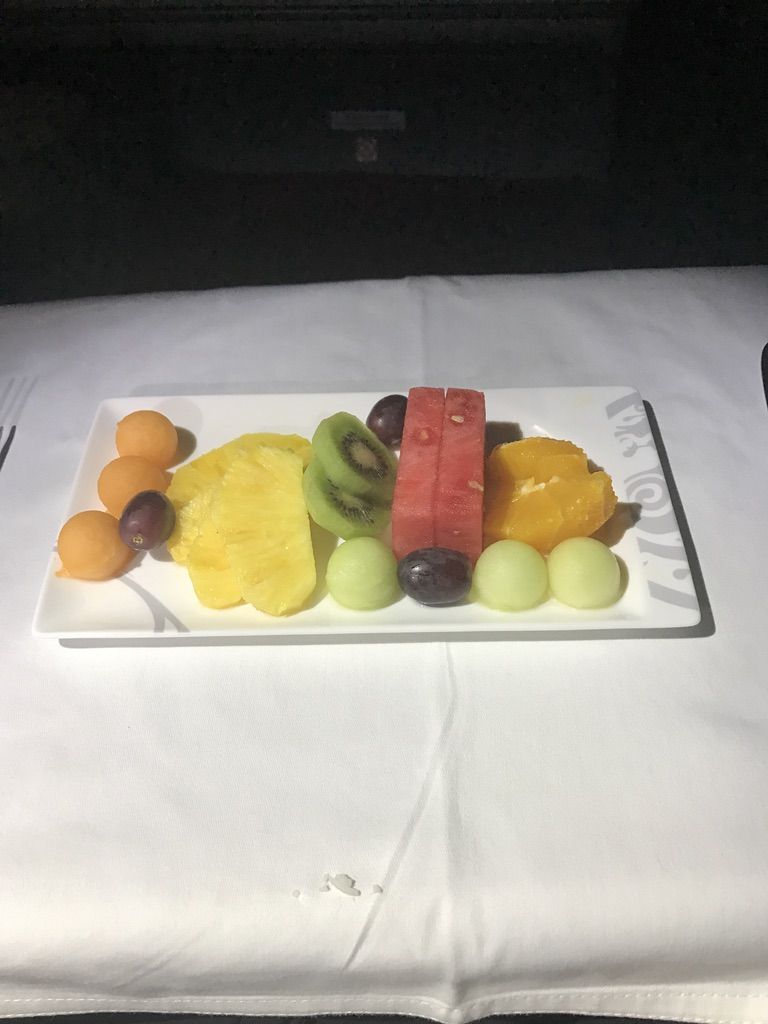 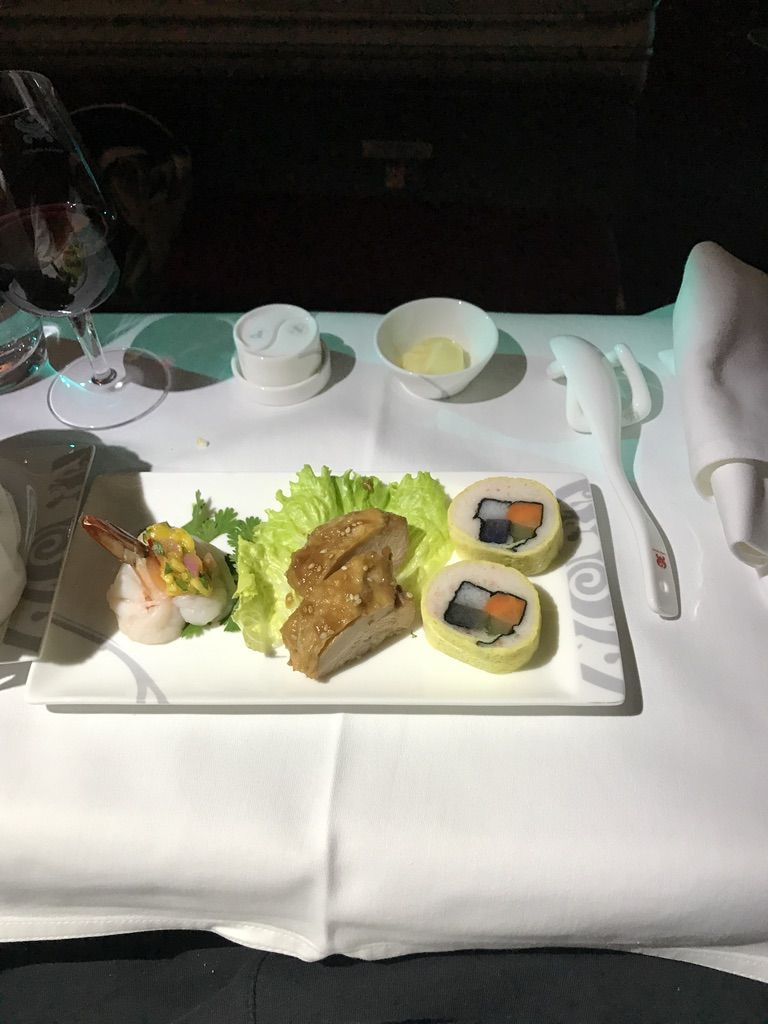 I ordered steak for my first meal. I have to say it is the best steak I ever had on any flight. It was very tender , and presentation was the amazing. There was served a stone plate with steak on it. It is a very nice touch. The stone can keep the temperature of the steak. I also order red wine with the steak. It was 2011 Cabernet Suaveignon, but it tasted kind of funny, Trust me, you don’t want to have it with your steak.

After the meal, the flight attendant helped me make a bed in the seat next to me which was of kind nice, one seat for dining and entertainment and one for sleep.

I slept over 9 hours. A meal was served. I ordered a Chinese style brunch, it was good.

Over all I give 9 out 10 for flight attendants, 7 out 10 for food, 7 out 10 for the seats(when there was no one sit beside you). It is a pretty good flight, I really enjoyed it.
See more

The contributors of Flight-Report published 4 reviews of 2 airlines on the route Chicago (ORD) → Beijing (PEK).

The airline with the best average rating is Hainan Airlines with 8.0/10.

The average flight time is 13 hours and 2 minutes.