All the photos are taken from the video

My itinerary back to London was this:

The morning started in Kitakyushu at 7:00. It was approximately 1 hour and a half to reach the airport with some traffic.

Upon arriving at the Domestic Terminal, you can tell that they are renovating the outside of it. Within the terminal, the lower floor is quite crowded as that is where the check-in counters and desks are found. For Jetstar Japan, your baggage to check-in is gone through a scanner, which may eat up some of your time if you are in a rush. We arrived 2h30m before scheduled departure time but had to wait for half an hour as check-in only opens 2h early. The staff are very welcoming and check-in for 4 bags was quick, every passenger is allowed 20kg of checked luggage, so you can bring as many bags as you want until it weighs 20kg collectively.

When finishing check-in, you have to go 1 floor up to go through security 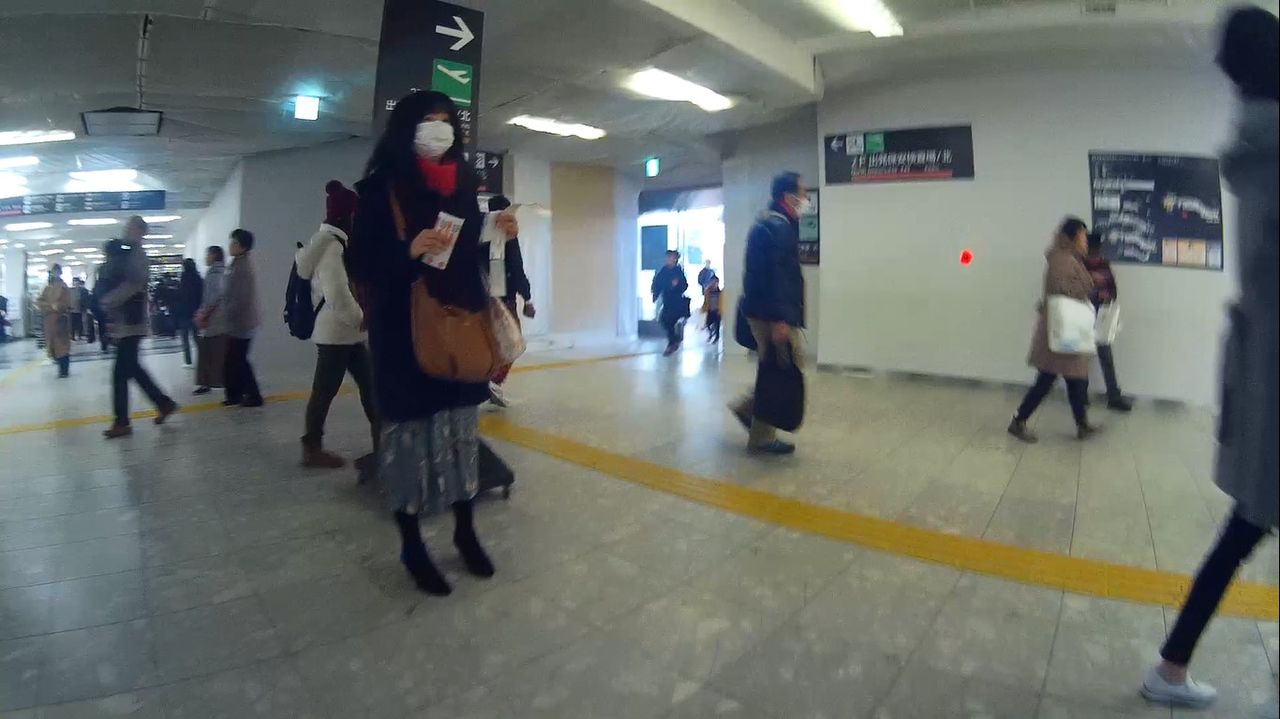 Before going through security, you can go another floor up, where there is a decently sized foodcourt. Most of them open at 10, so I was in a rush to eat to make a 10:30 boarding time. Luckily the staff were very nice and was able to pre-order a meal before 10:00, so that we could start eating at 10:00. After pre-ordering food, we headed up to the viewing deck, which was quite impressive, there were quite a few spotters as well. 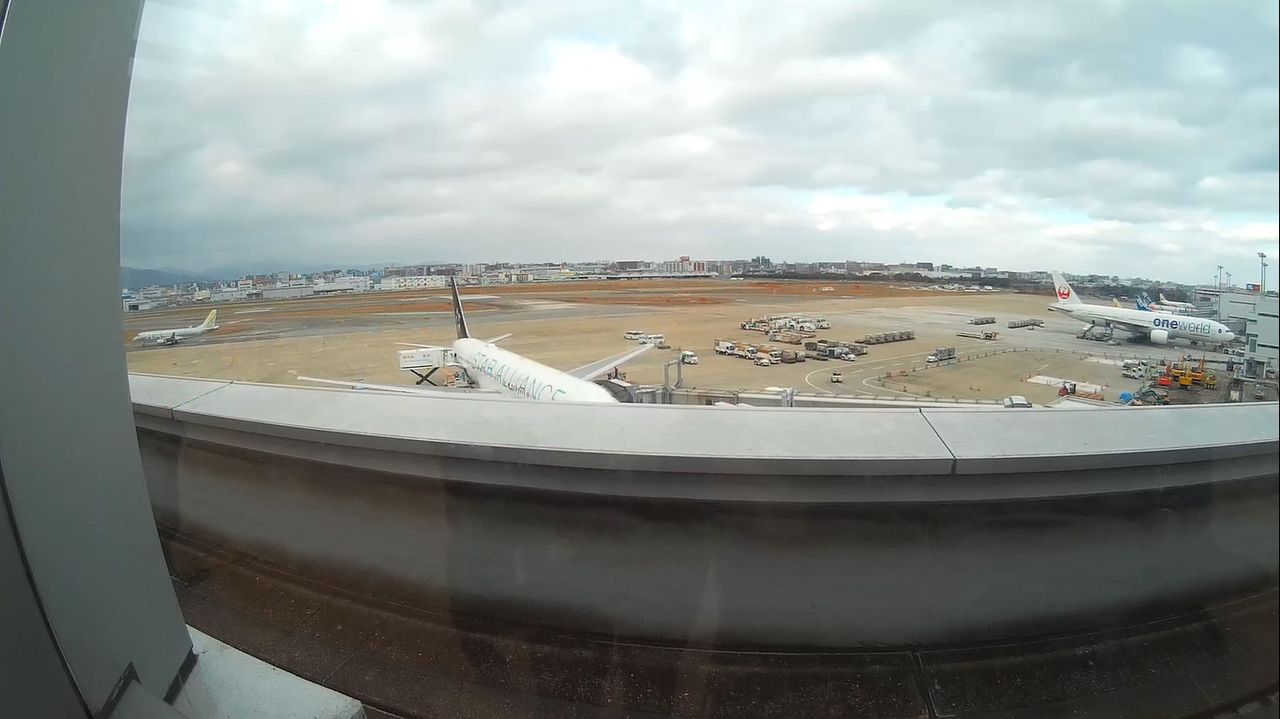 Optimal for runway 16 arrivals and departures. My last taste of Japan! 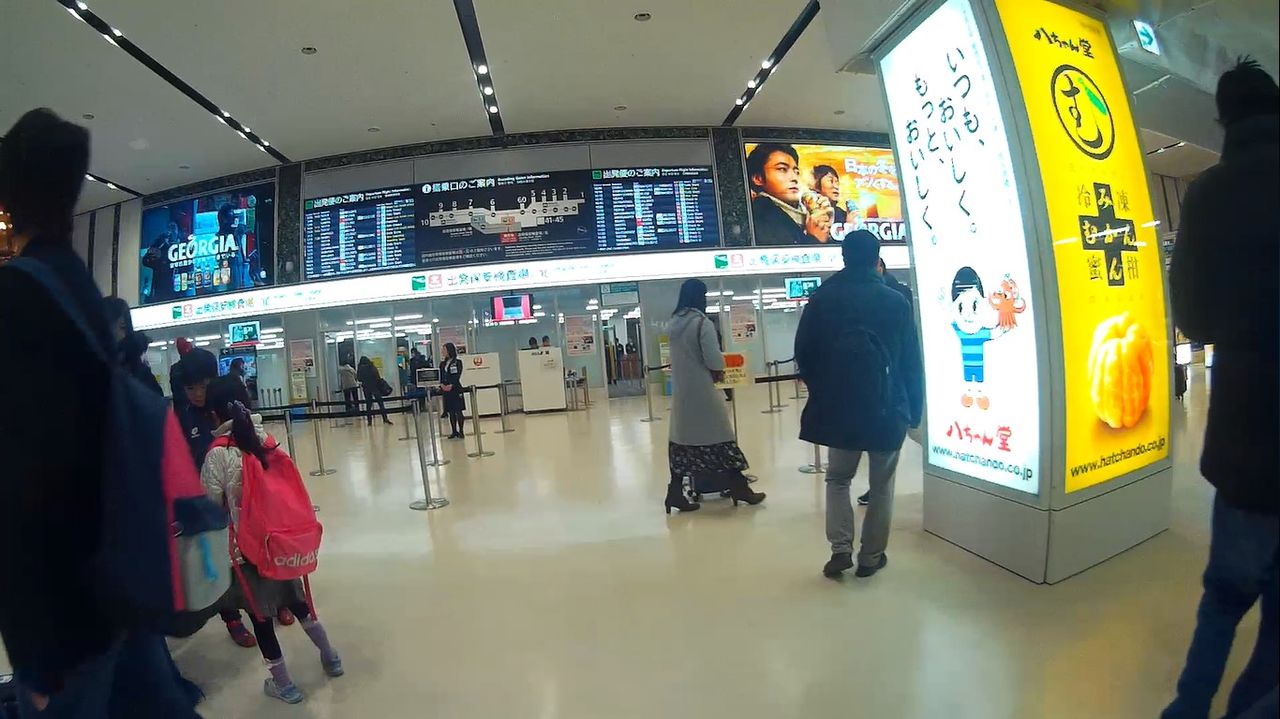 Our gate was 3, the walking distance was very short, less than 3 minutes, there are also a couple of shops. 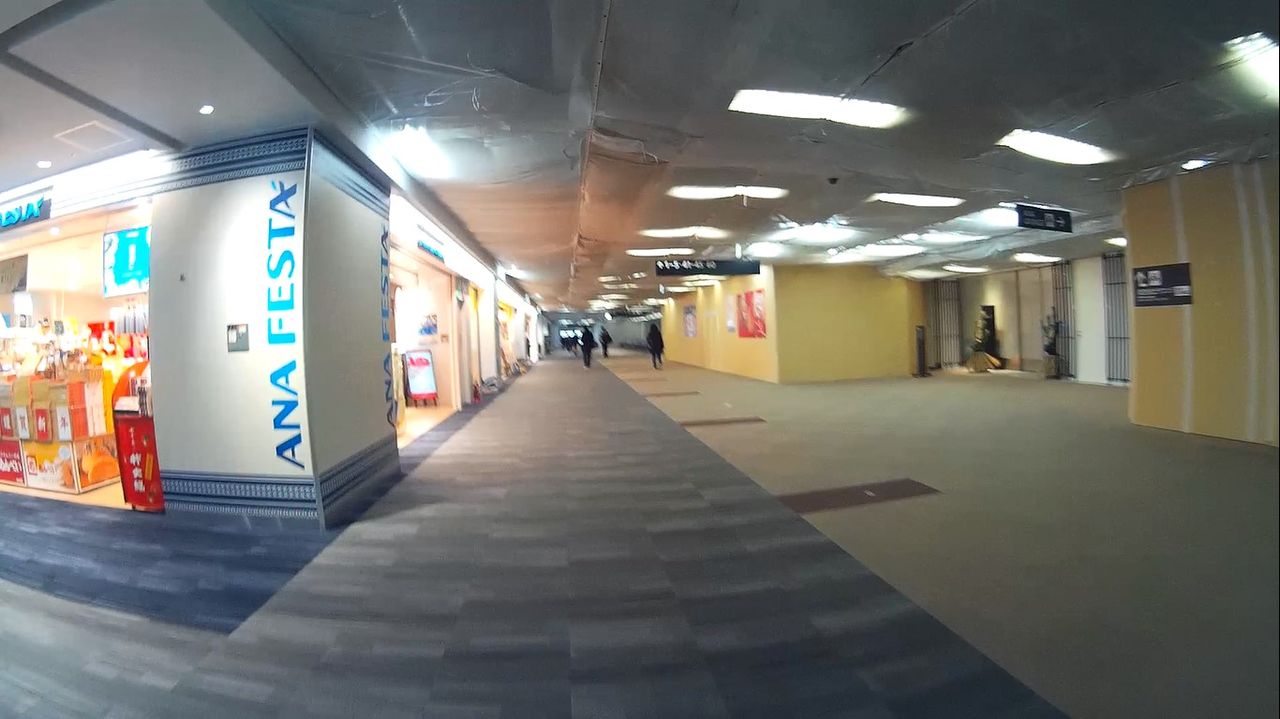 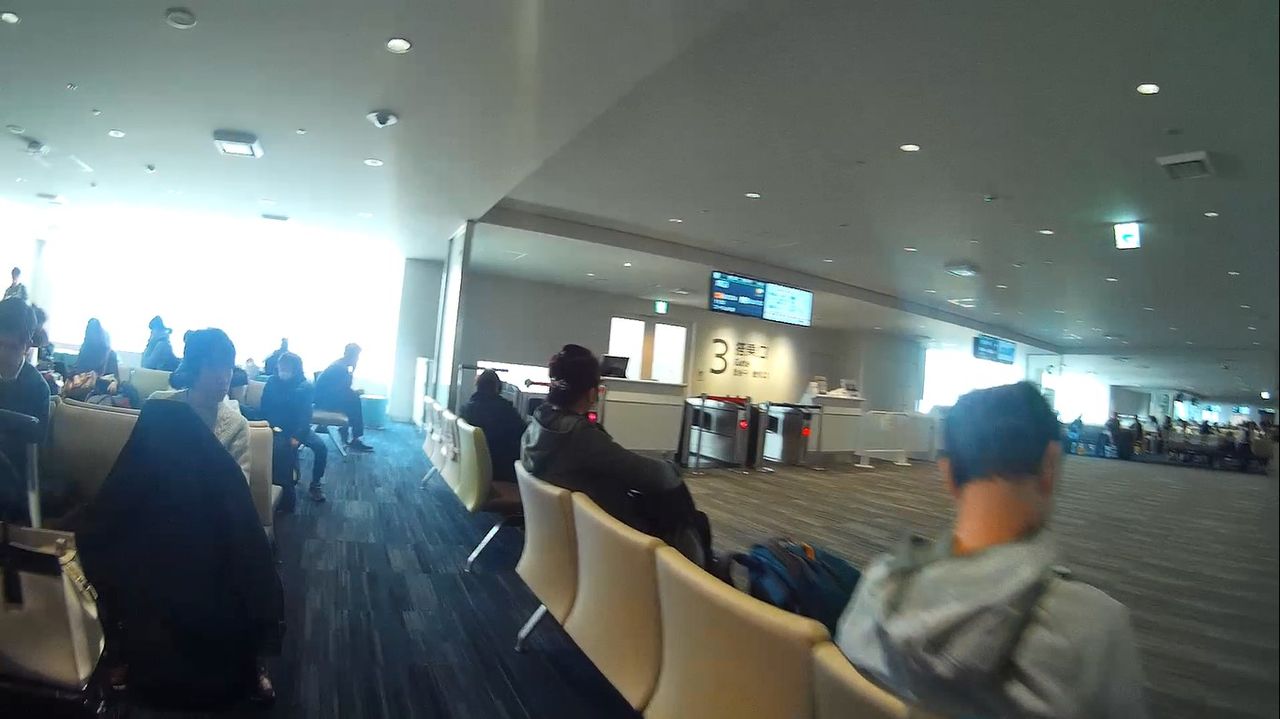 Today's aircraft was JA17JJ, an Airbus A320 made in Toulouse in September 2017 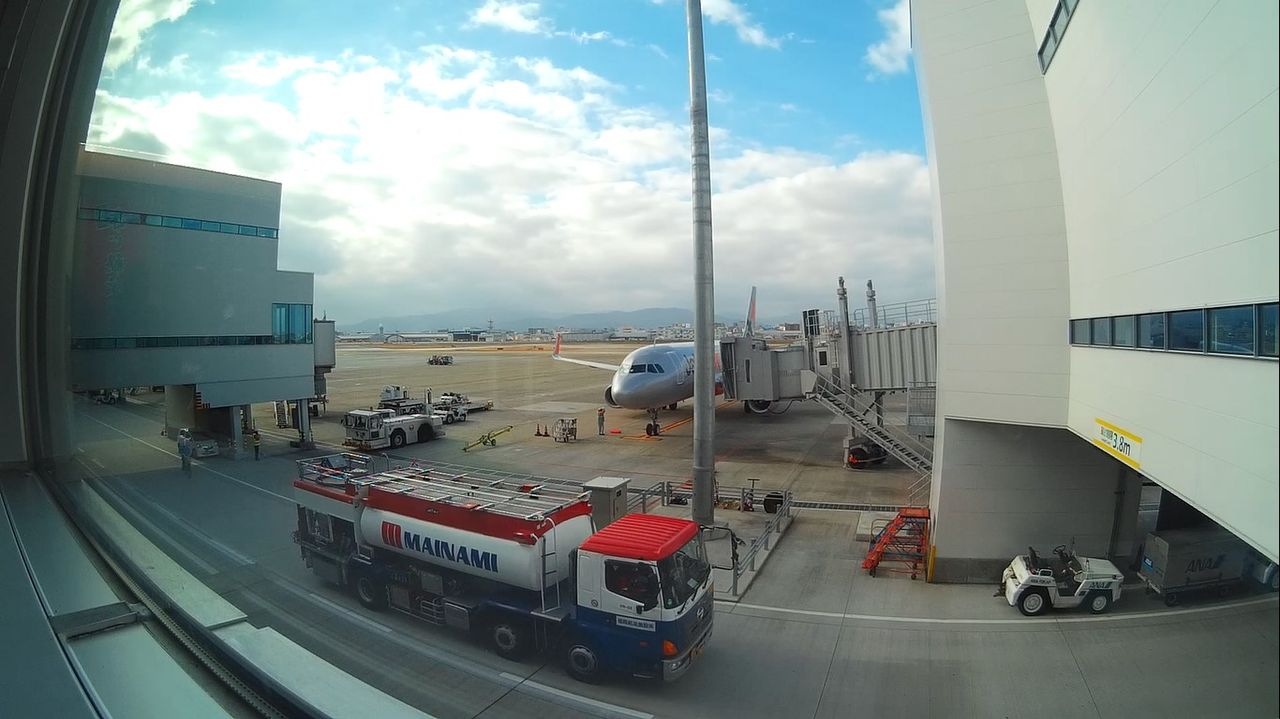 The aircraft was 5 mins late on arrival, and was delayed a little again due to their being a sick person being on board on the previous flight, who took a while to get off.
Jetstar Japan's boarding starts with A and F seats boarding first, then B and E, then C and D, you get the point. Families can board together. 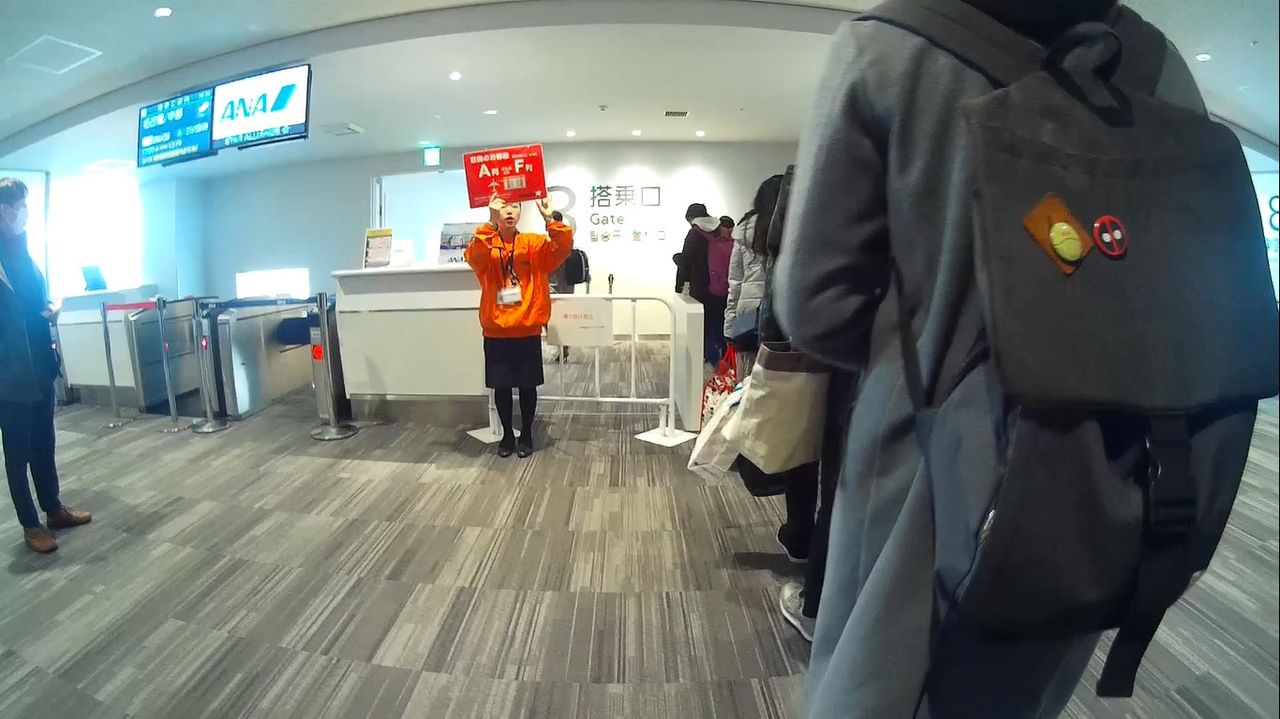 Boarding ended quite quickly, my estimate would a 70% load on board.
I was seated on 30A, on the very last row. The leg room is quite poor onboard, much less than Ryanair. I did not buy anything on board. 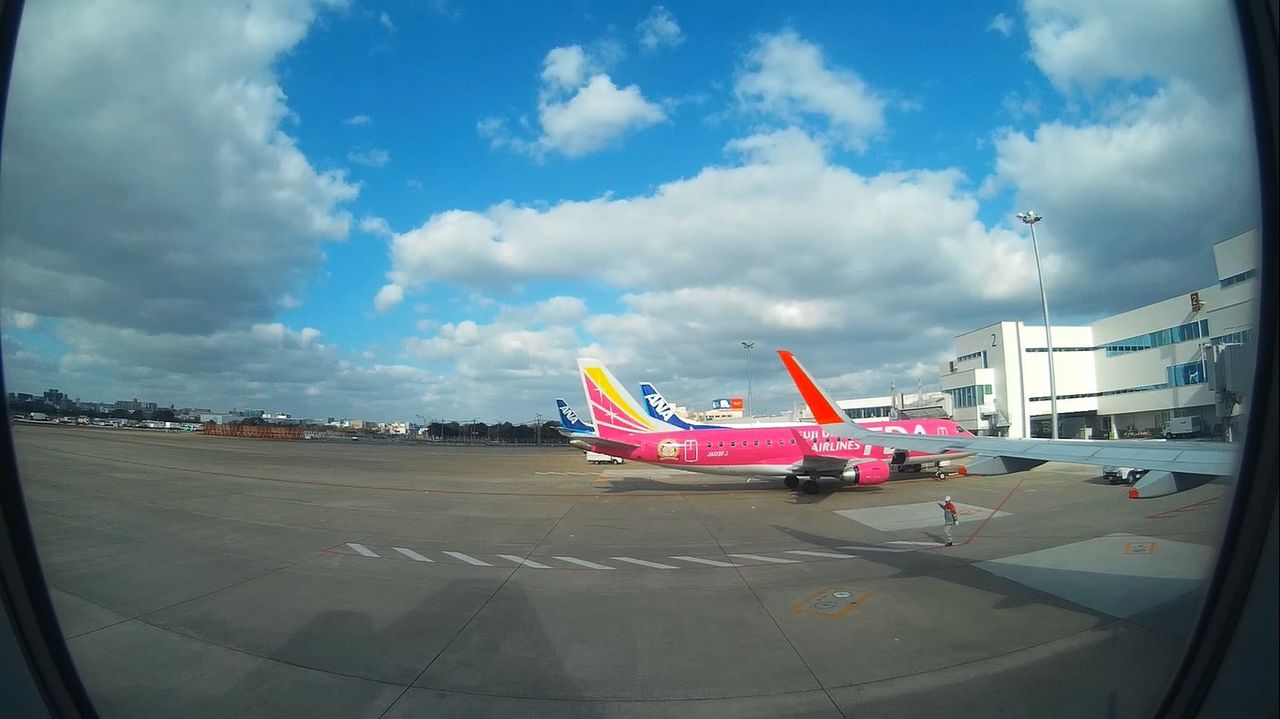 We were parked next to a Fuji Dream Airlines Embraer 170 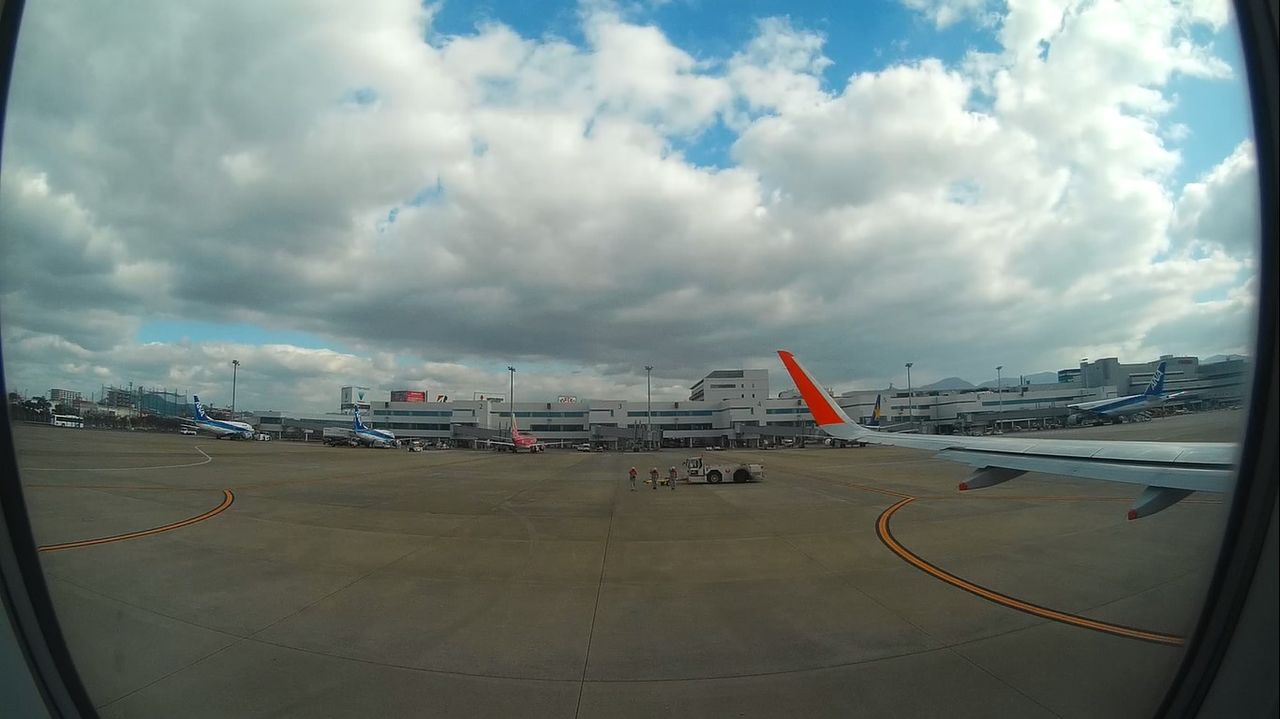 Not very clear in image, but it is the traditional waving to the aircraft from the ground crew 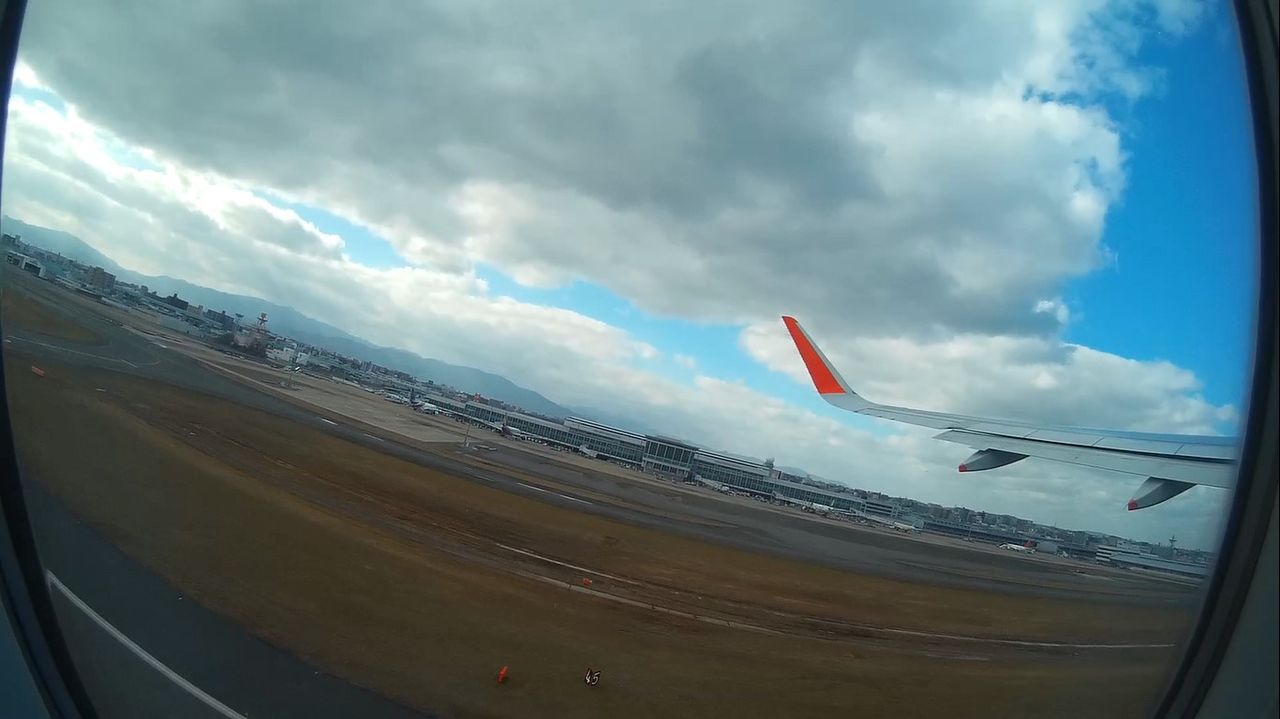 We departed on runway 34, as I was sitting on the left there was a view onto the international terminal

Onboard, there is not much to do, much like other LCCs.
The pilot did point out that there was a view on Mt. Fuji, but I was not able to see it.
After a quiet 1h20m, the plane lined up onto runway 34R at Narita. 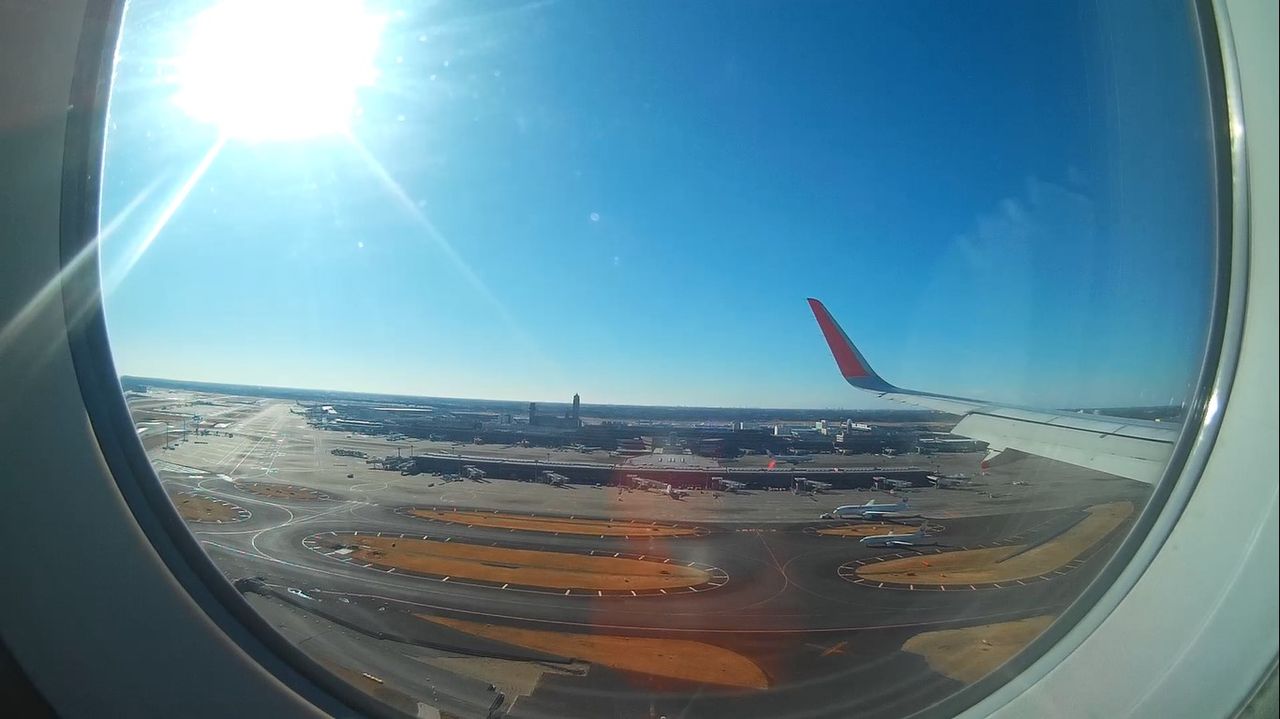 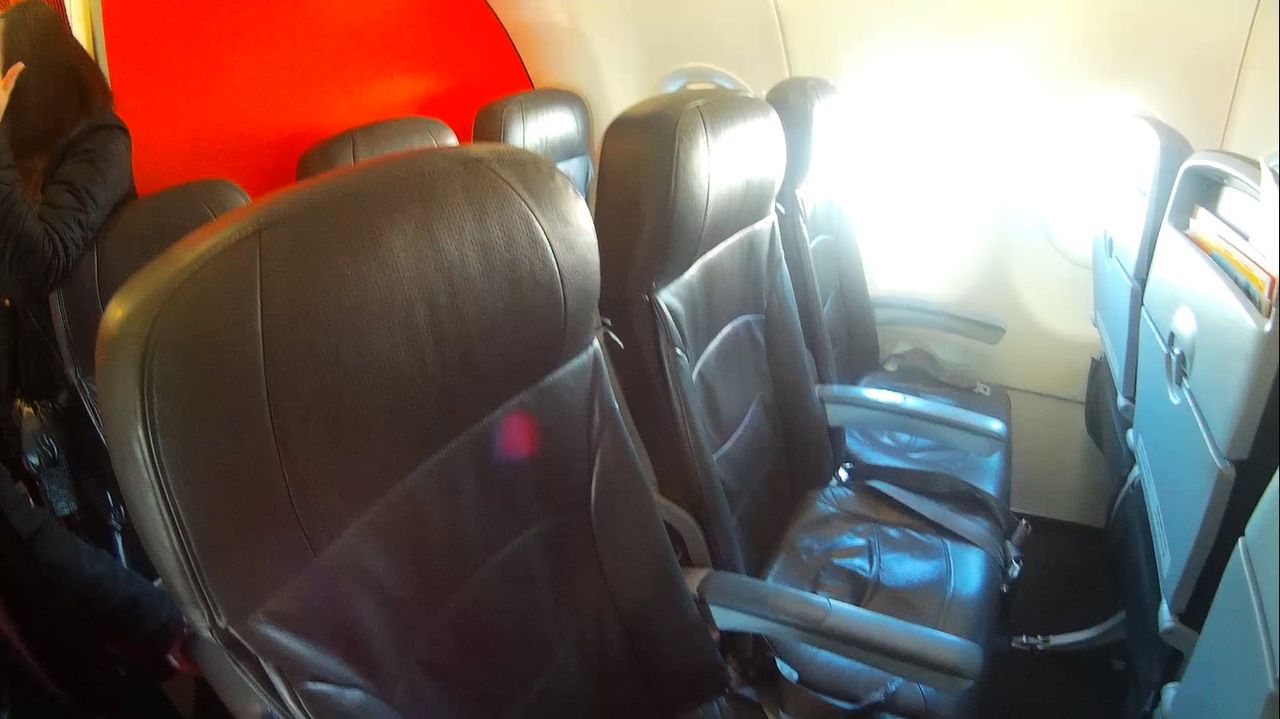 The cabin is modern and the seats are quite comfortable 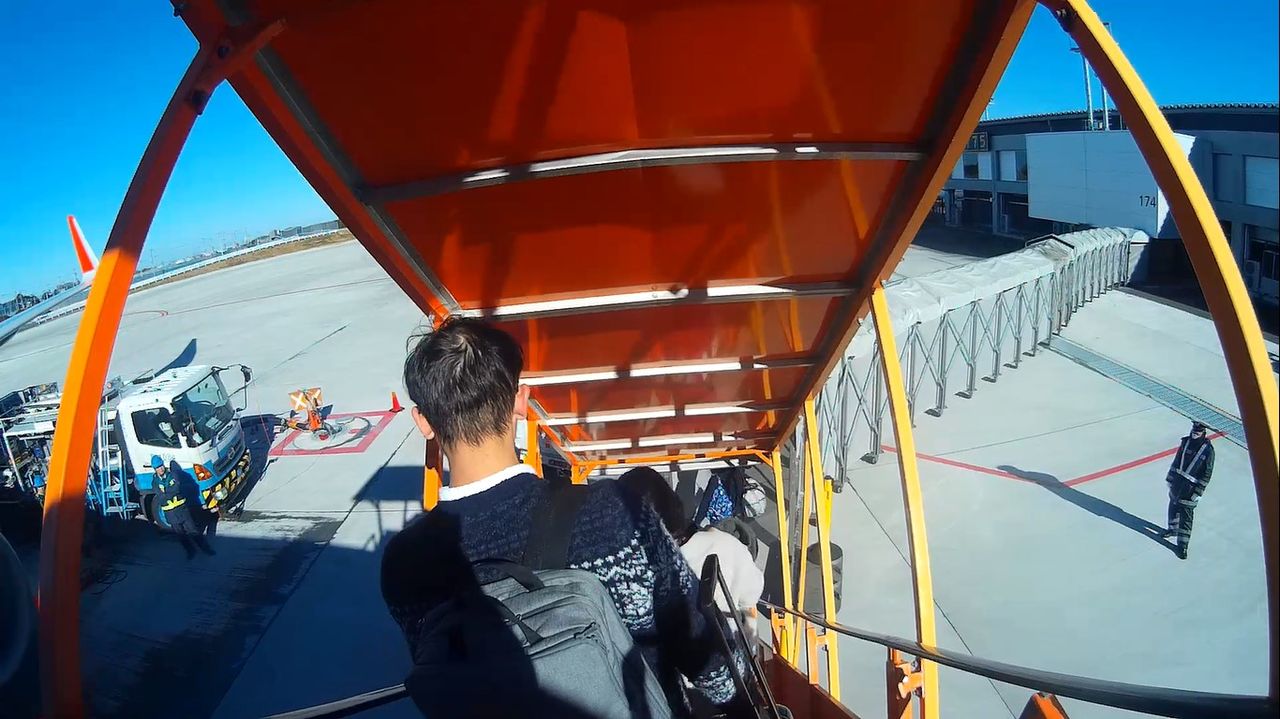 I still count it as walking across the tarmac 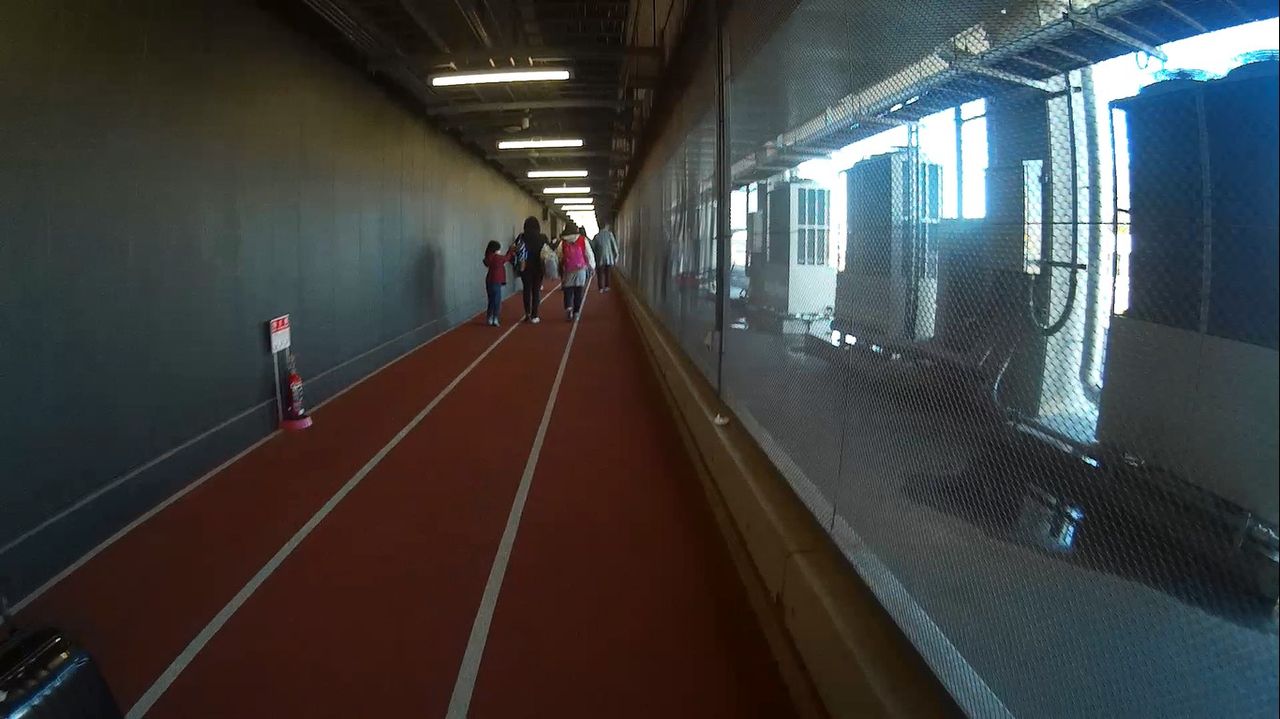 Inside (well, outside), its like an athletics track
It took roughly 5 mins to get to the baggage belt, no passport check as it was domestic
There were bags already there when I got there, all 4 bags in 2 mins total waiting time!
Inside Narita, I did get confused on where to go as I needed to change to Terminal 2, there are 2 ways, by bus and by walking - the walk is 5-10 minutes.

If you did enjoy reading this, please watch the video and give it some support.

If you just need to get from A to B, I do recommend taking Jetstar Japan, I paid around 5,200 yen, quite cheap.

I found doing a self transfer with bags to check between Terminal 3 and Terminal 2 very easy, despite the initial confusion (you have to go to the exit first, not through transfers)

The contributors of Flight-Report published 4 reviews of 3 airlines on the route Fukuoka (FUK) → Tokyo (NRT).

The airline with the best average rating is AirAsia Japan with 6.8/10.

The average flight time is 1 hours and 48 minutes.