By aaqib67 1510
Published on 20th January 2018
A New year, new borders to cross, new aircraft and airlines to be ticked-off
Hello and a warm welcome to Trip Report 21

Pre-planning for this trip was probably one of the most tedious compared to the more straightforward ones flown in the past, since this time around I wanted to cover a minimum of 3 Cities at once.
The options available were abundant! Initial plans were to to head to India for a retreat in Jaipur and Delhi with stops in Ahmadabad and Chennai which didn't materialize (Maybe next time though, who knows)
Phase two, was something a little different, with the option of flying to Kuala Lumpur en-route to Chennai and Jaipur on the way back home which actually stuck for a while, but then again as far as plans end up changing as always, I chose Kuala Lumpur, mainly since I had a bit of work to get done there, onward to Penang (which was my second option since Langkawi was just too expensive) and Singapore.

Visa formalities were pretty easy this time around with the "eNtri" Online Visa Issuance system being available for us Lankan's , with the citizens of India,Pakistan, Bhutan,China,Nepal and Bangladesh, Serbia and Montenegro being eligible for this option, however this system requires accurate documentation being uploaded onto the Visa Issuing website.link

With UL operating 2 out of the 6 Daily Rotations to KUL, I decided to opt for their Second flight of the Day, this too being one of the cheaper options available.
With Kuala Lumpur being a lucrative market for UL and them being the operator of a Medium-bodied aircraft on this sector, I decided to fly with them (and also for FlySmiles Miles Accrual of course)

Departure to Colombo-Bandaranaike International Airport was a little later than scheduled, however we made it well on time even after a stopover midway for around half an hour.
As expected, the Check-in Counters were never ending! However for us it was just needed to have our bags dropped off at the designated baggage drop-off counter which is generally guaranteed to be unmanned, but surprisingly it was in operation, with a few passengers awaiting their turn.

It was incredibly frustrating to have such a small cue of passengers stuck in one place, with the cue refusing to move forwards. It was then discovered that the Check-in and Baggage Handling systems had crashed! and airport staff were seen running around frantically trying to troubleshoot the technical fault. Ten Minutes more and it was up and running once again. Glad to see that CMB has successfully managed to attract more Carriers with the arrival of the Indian LCC IndiGo in a couple of weeks, connecting CMB with two major Indian Cities. No wonder CMB looked full this morning, with UL's flights just to name a few, namely those outbound to Male, Jakarta, Chennai,Lahore as well as Air India connection to Delhi also filling up CMB's departure cards.

Immigration was one of the shortest and quickest i've been through. UL314 was designated to the makeshift Gate B5 located at the Ground Floor of the Concourse. With time to spare it was the usual breakfast at Pizza Hut and then heading back downstairs to B5, a gate that i honestly thought was unnecessary to be at such a cramped corner of the airport. In short B5 was horrible! It was severely claustrophobic and smelled pretty bad too, a horrible first impression for those who land at Colombo I must say! Anyways moving on


Google indicated a flight delay of Aprox. 40 minutes long before UL even bothered to notify any passengers of the delay, and as predicted the aircraft assigned to take us to KUL was 4R-ALJ a 16 Year Old Airbus A330-200 just flown in from Dubai International Aiport (DXB) and i was very much thankful for our designated aircraft not being 4R-ALB again. To be honest, ALB even with its age showing, is in my opinion one of the best A330-200's in Service for UL, however I was pretty reluctant to fly it again since I already had 3 rotations on it.

Boarding followed soon after, with passengers being shuttled to ALJ which was parked on the apron adjacent to SriLankan Airlines state of the art Airbus A320 and A321 Neo's. Absolutely stunning! 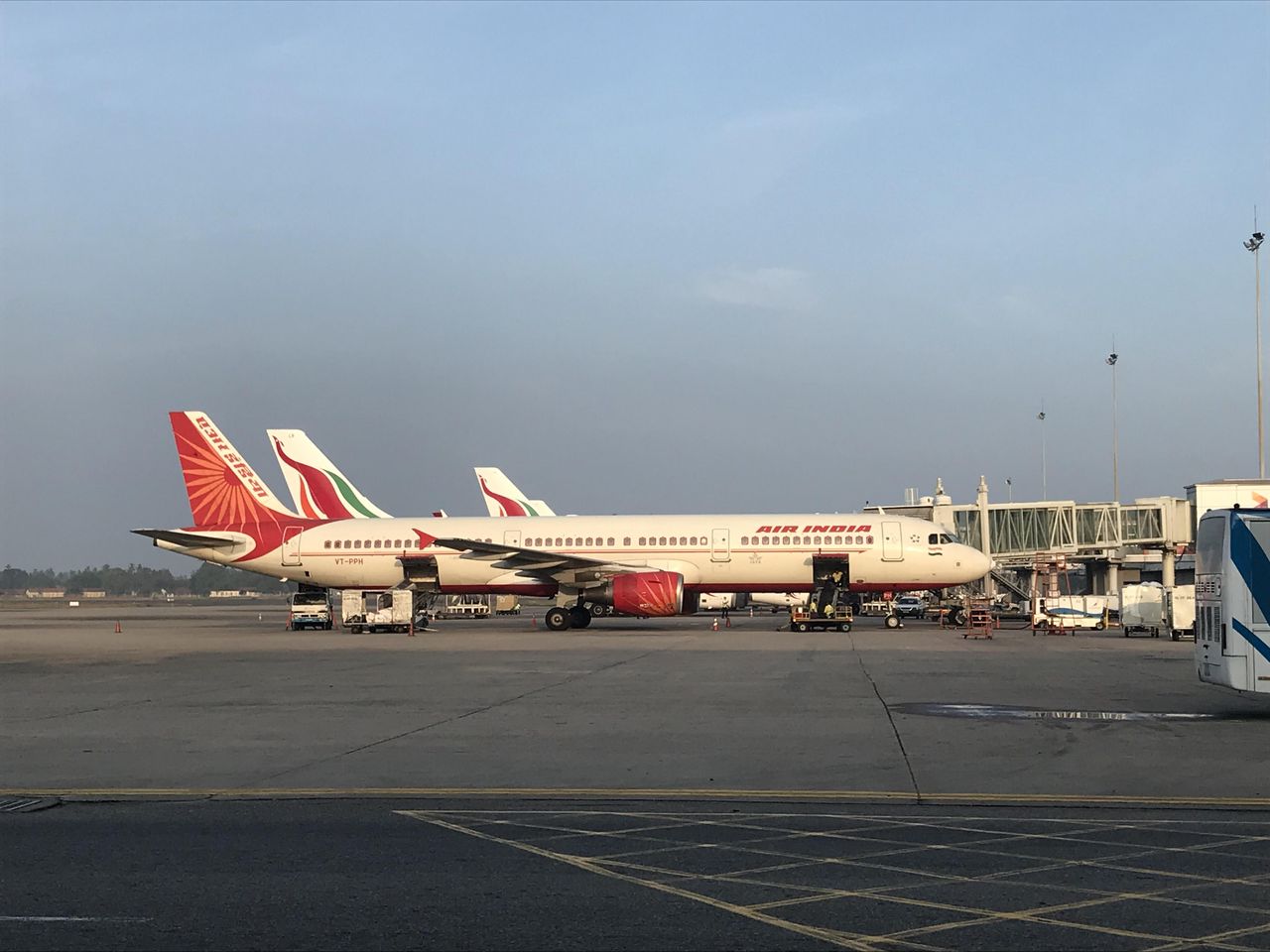 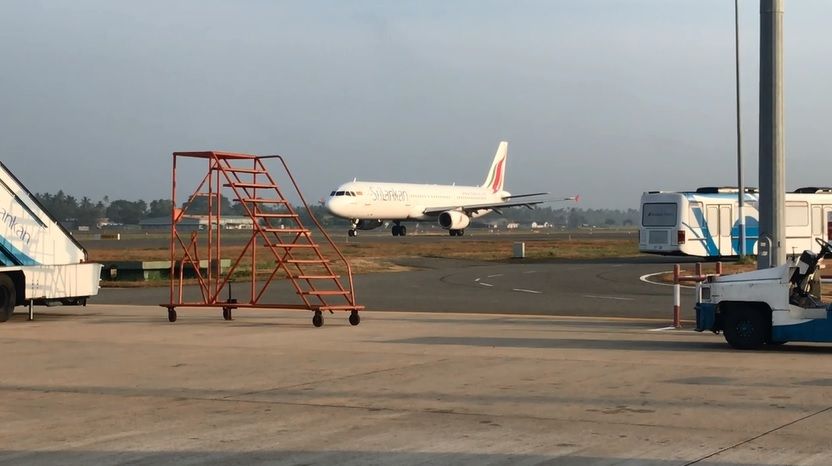 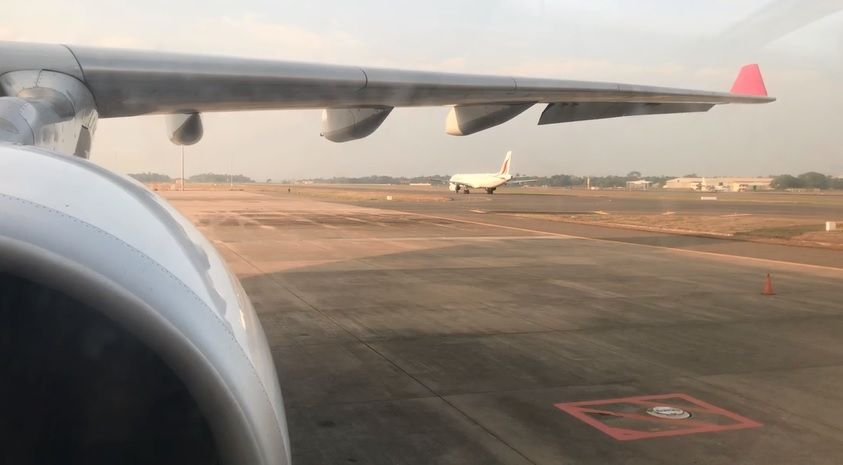 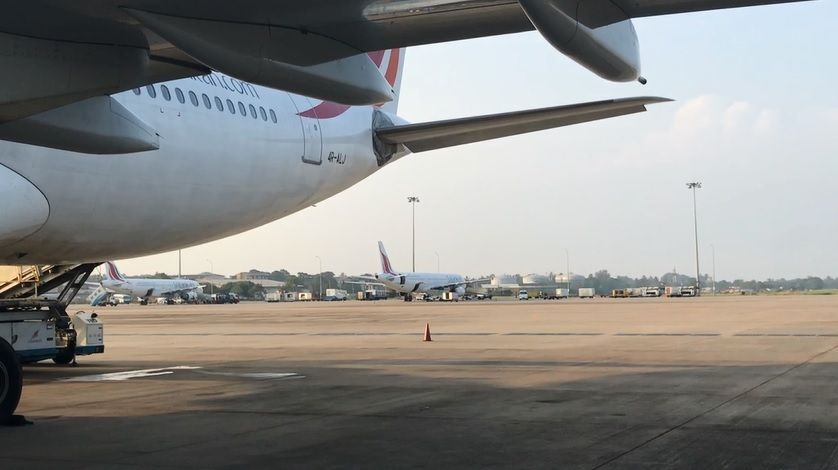 Made my way to my seat 51K, just realizing the fact that ALJ was Configured exactly as ALH (the A330-200 in OneWorld Livery) with a standard 2-4-2 Y Class Layout.The pair even shared a common Safety Card, which was marked as Airbus A330-200 (J/H).

The Load factor on Y Class for UL's second rotation for the day to KUL stood at 100%! 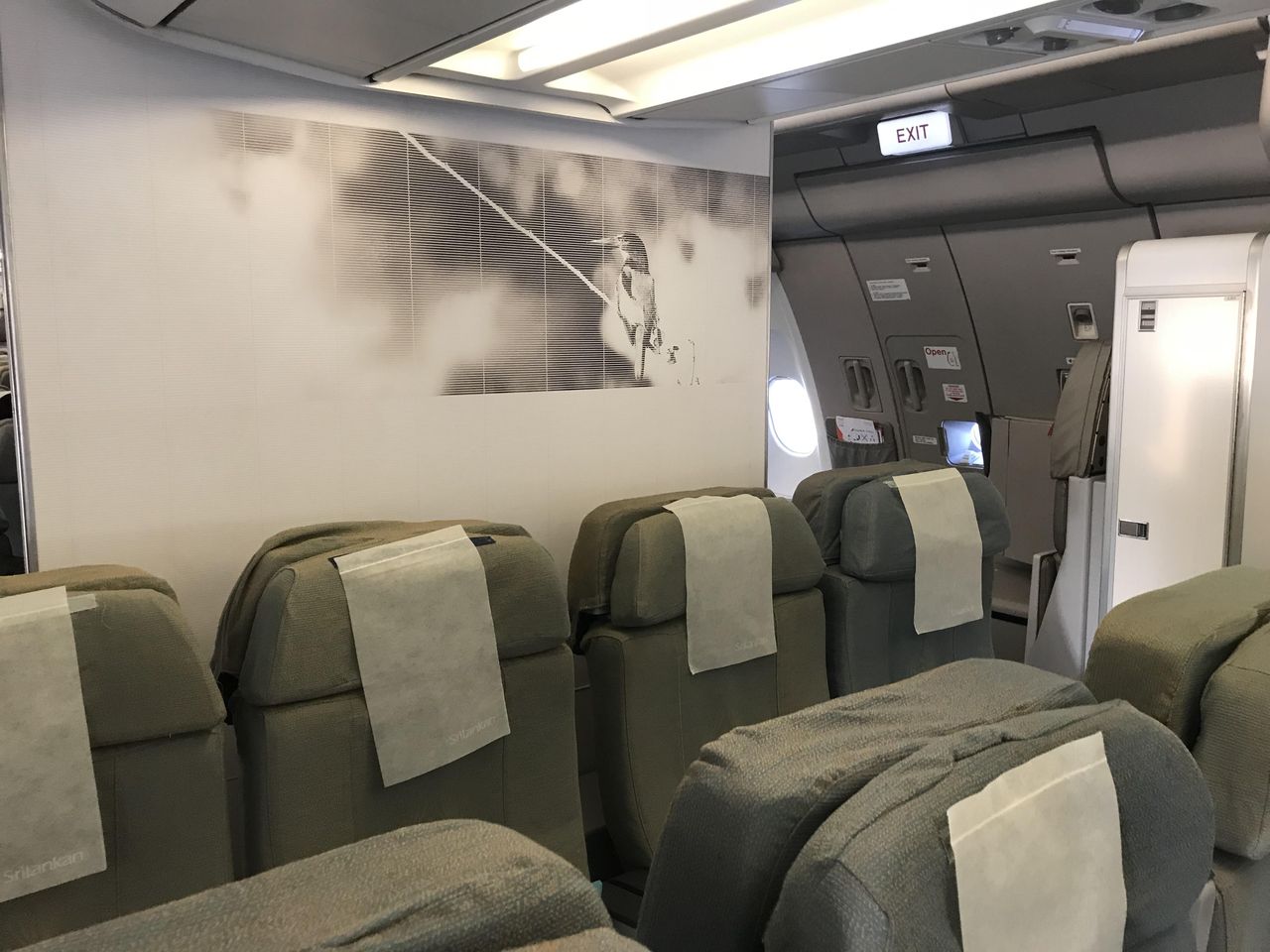 Push-back was around 40 minutes behind schedule 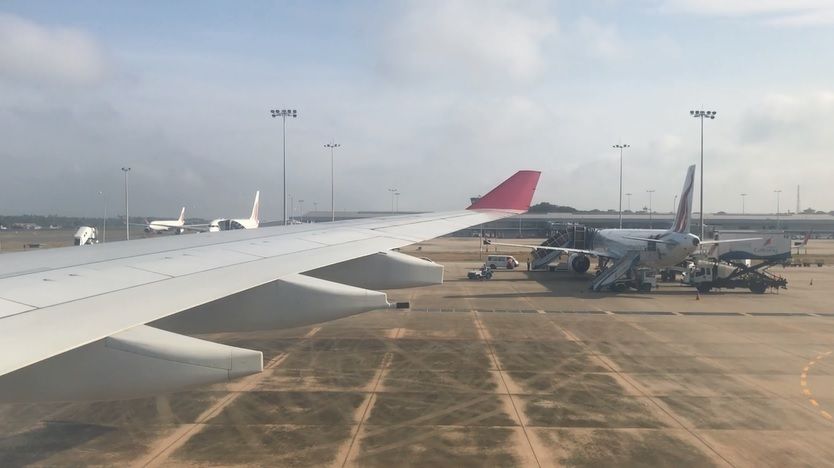 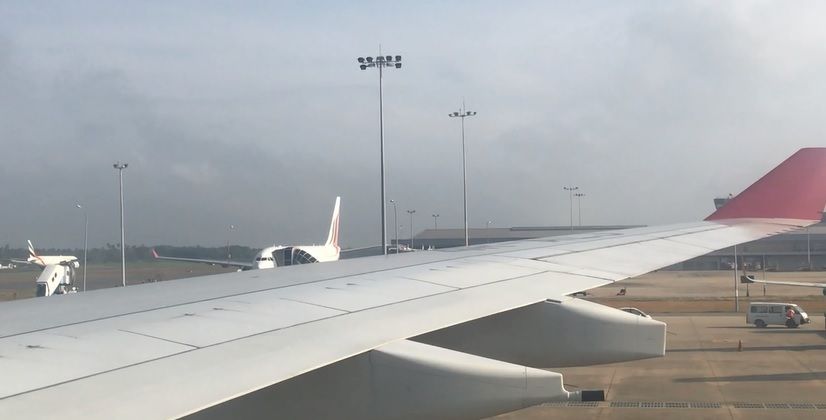 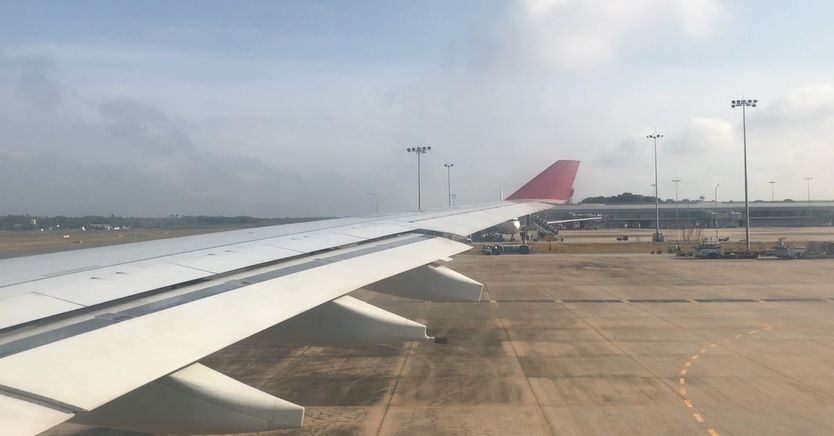 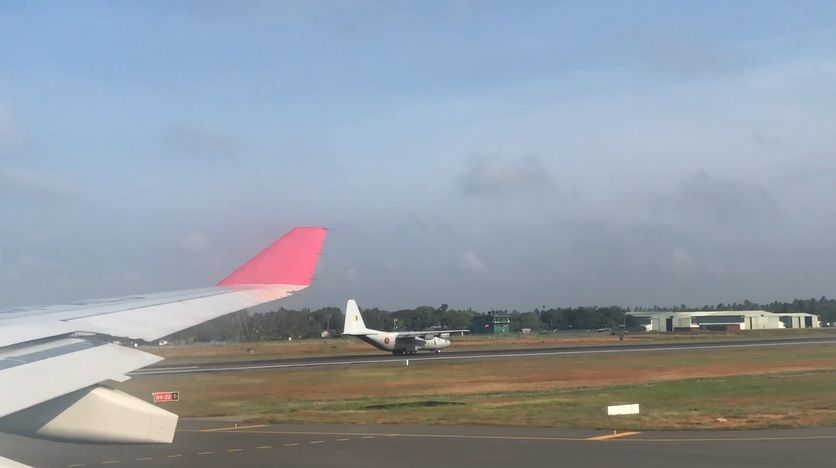 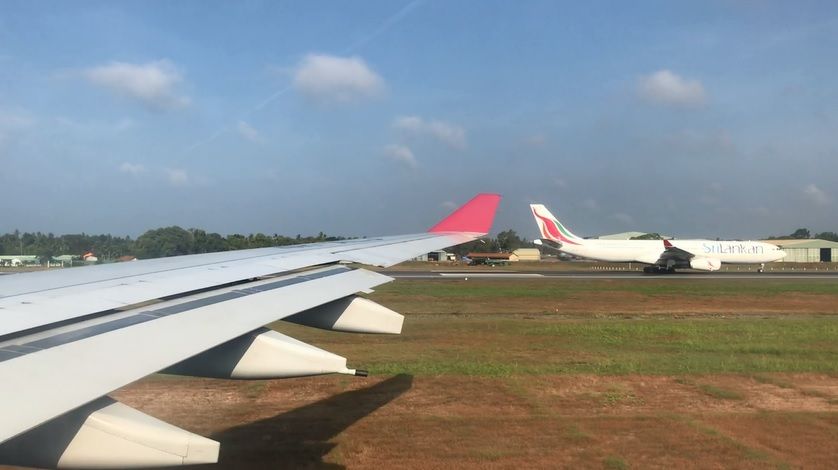 The IFE on this bird was revamped as expected and was nothing to rave about for a Medium Haul flight. UL should honestly look to update and add more content onto their systems.

On the other hand, the seats were pretty disappointing with very limited recline,overall being pretty cramped up coupled with a very restricted amount of leg room, with the IFE box taking up most of the room designated for leg room. Maintenance as expected was on the lower side, with worn out seating and outdated interiors. 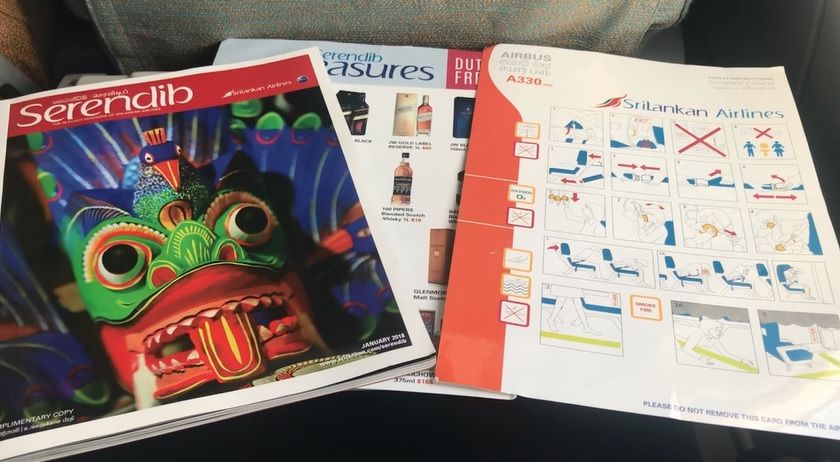 I honestly wonder how UL's passengers could survive long haul services to MEL and PEK etc which indeed would be a nightmare!
Apparently the -300 series seem to offer more comfort on UL's Economy product available on them, which could be taken into consideration. Then again i'd say No to Long Haul on SriLankan's -200's.

With so much time to spare, I settled in with a movie, with the choice available not being the greatest, browsing through the content to finally find my genre, and began watching "300".
The movie was great! However it was nothing compared to my all time favorite "Fetih 1453" but then again it kept me entertained. 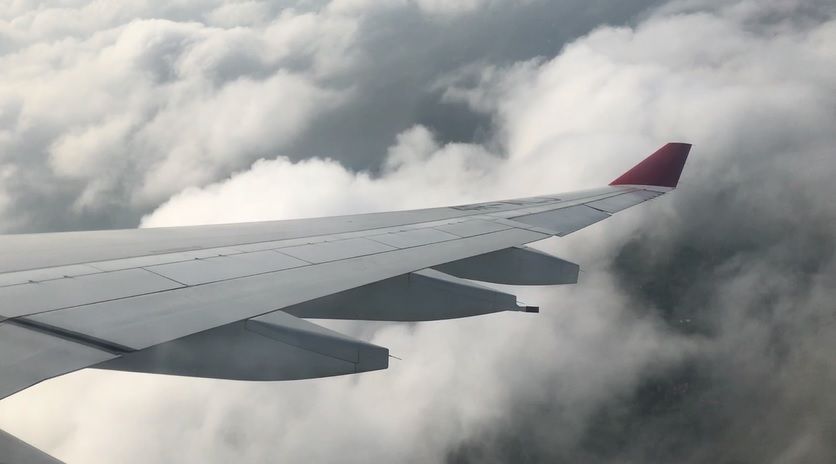 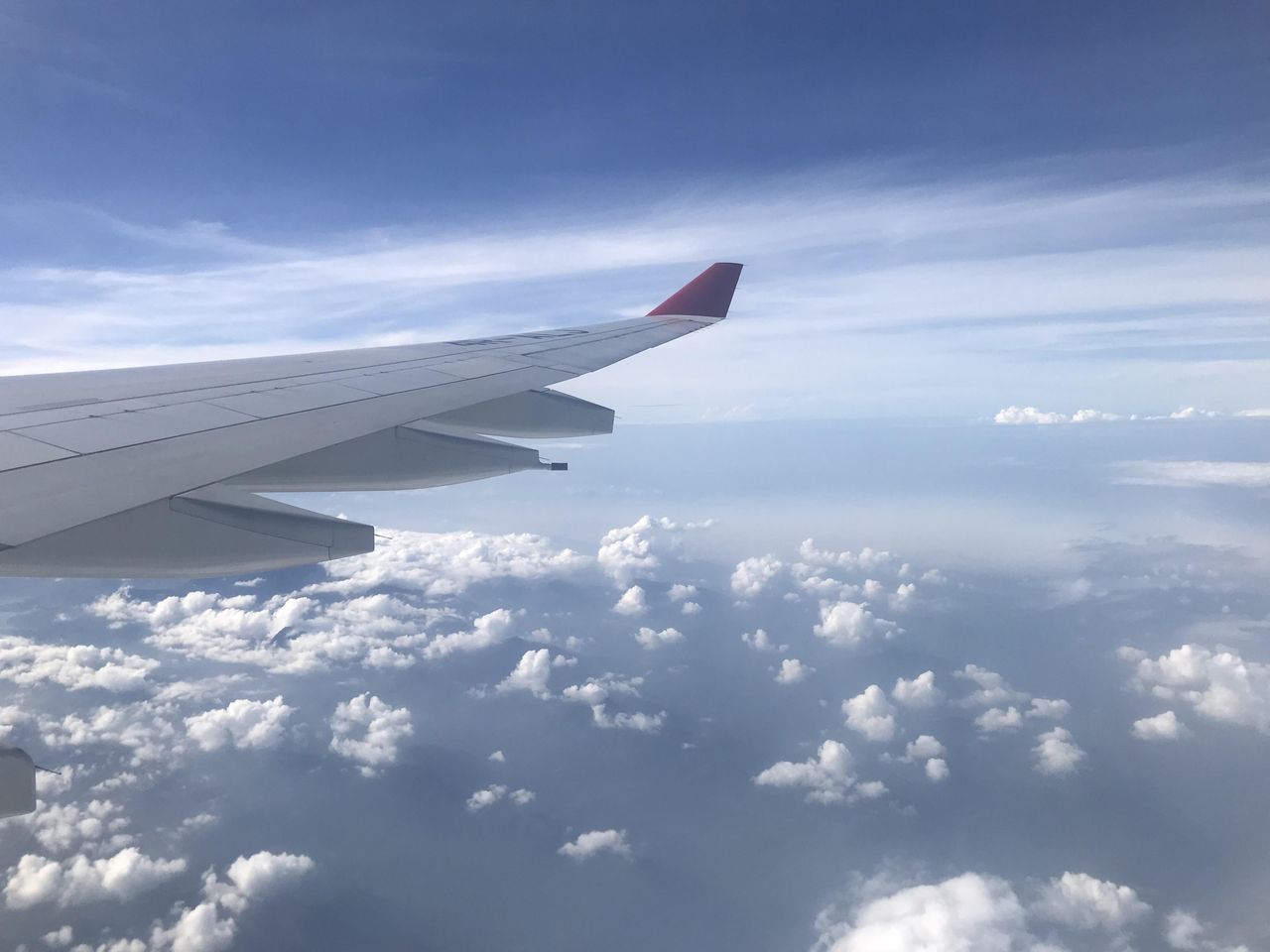 Meal
Finally UL had dished out something right! Breakfast.
3 Options were available, ranging from Spinach and Cheese Omelette, traditional SriLankan Milk-rice ("Kiribath") served with a SriLankan specialty "Ambul Thiyal" along with a Vegetarian meal of Chapati and Potato Curry being the third available option on this early morning rotation.

Since I wanted something light, I went for the Spinach Omelette and Ham which was by far a way better dish compared to the previous one on my flight to Jakarta (CGK) a couple of months ago. Tea,Coffee and Juices were served with no Alcohol being available.

Overall the meal was better than expected,so this time i'd give it a 6.5/10. According to my friend the "Kiribath" was a winner though 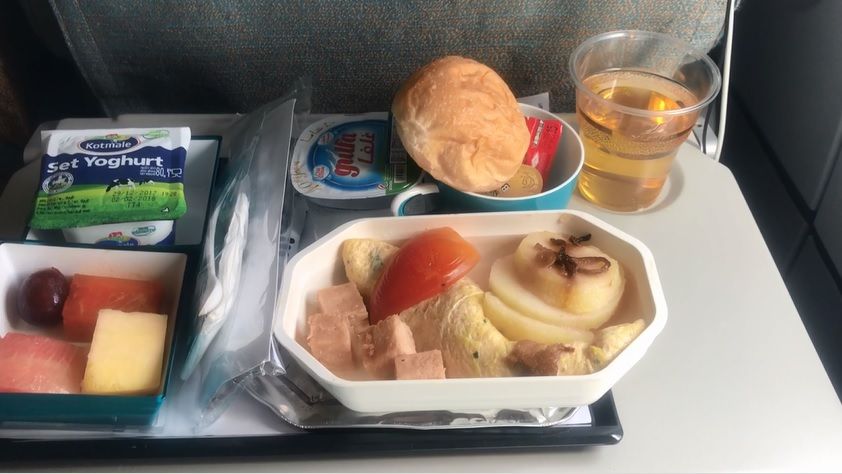 The Crew were decent, they however didn't make much of an appearance throughout the flight, with no drink runs taking place which meant that passengers had to visit the galley if they required anything. Oh well.

After finishing up "300" I was left with absolutely nothing to do with the remainder of the flight being absolutely monotonous. I was stuck in my seat for 2 reasons, the first being the irritating IFE box and the second being the fact that I didn't want to disturb the passenger next to me by hoping in and out of my seat, which explains the limited cabin shots.

We began descent from our assigned altitude of 39,000 ft. and landing a few minutes later than scheduled at KLIA. 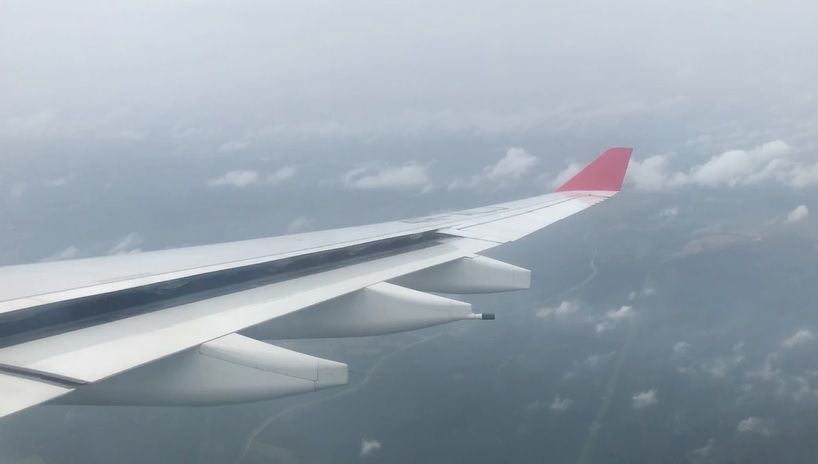 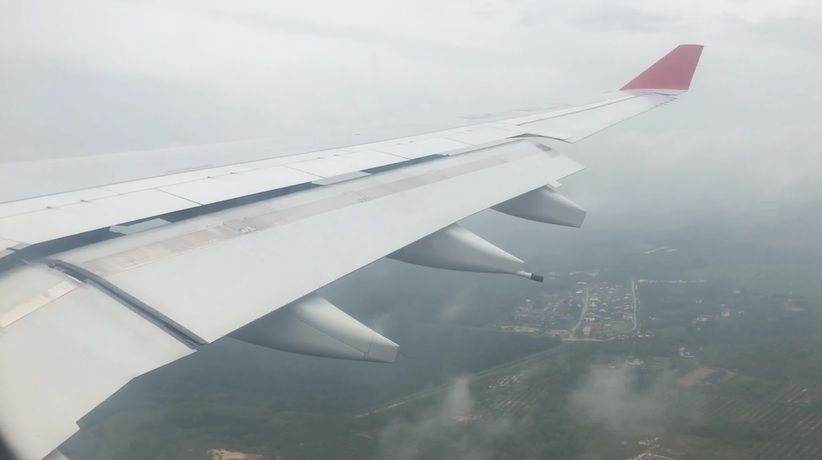 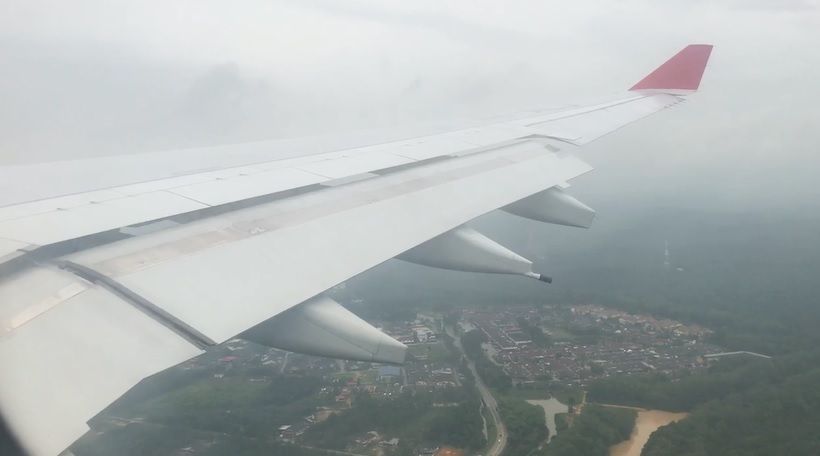 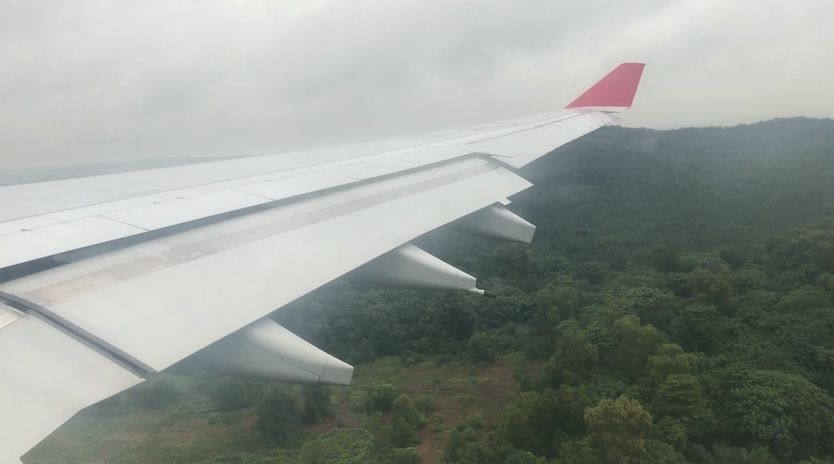 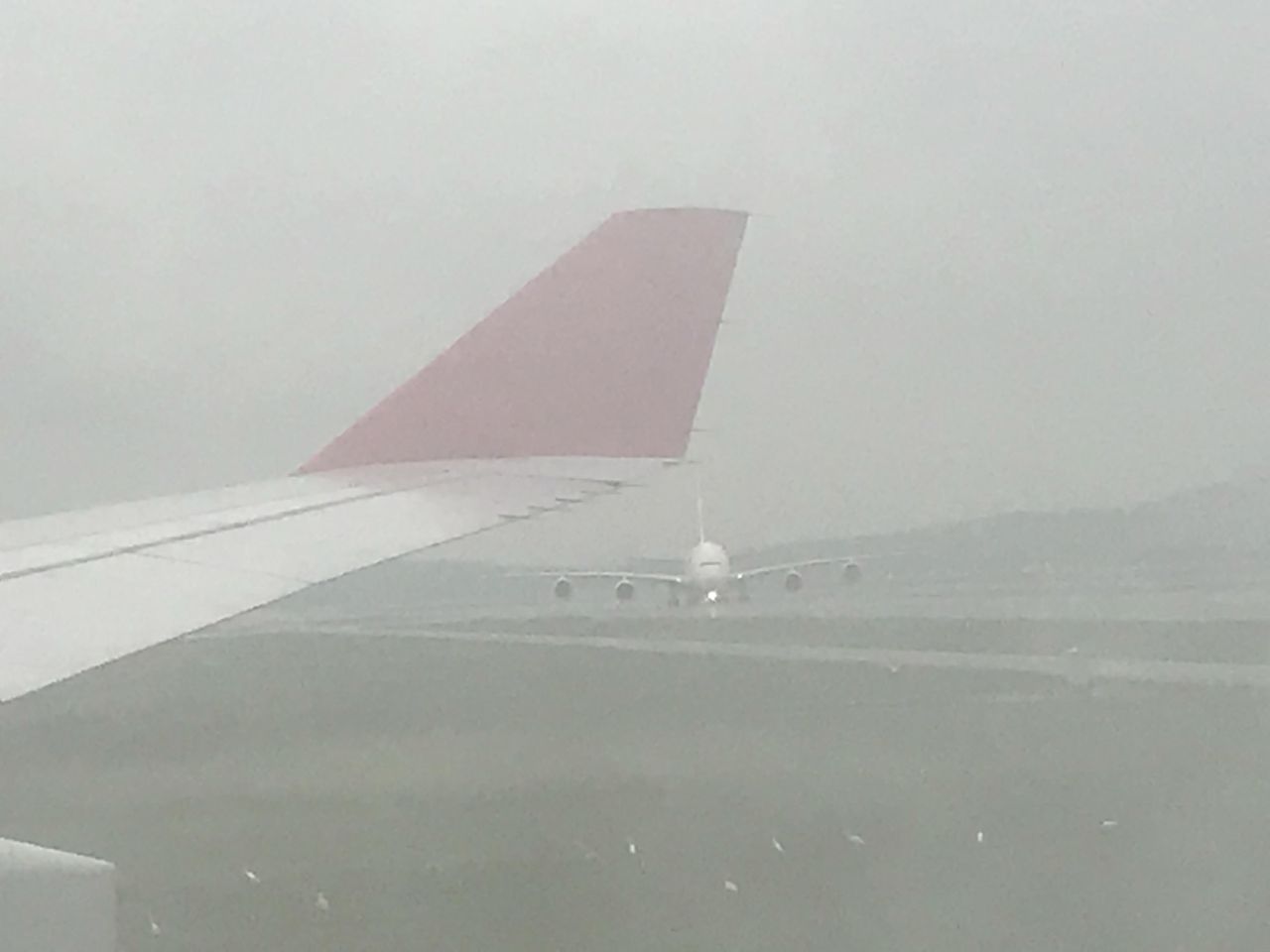 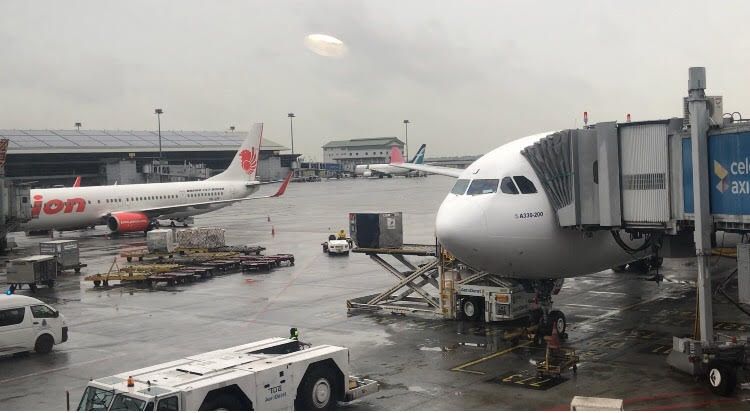 Navigating through KUL was simple! Making or way to the AeroTrain onward to Customs and Immigration and Baggage Collection which took around 25-35 minutes in all which was pretty quick for a major Hub such as KUL.

Headed downstairs to the basement and purchased the usual RM 10 bus ticket to take us to KLCC , situated an hours drive away. Beware of the traffic through as it could take as long as 2 hours to get to KLCC during peak time. We were lucky to be able to reach our destination within an hour and a half which was pretty commendable, since the bus operator "Airport Coach" was pretty efficient, operating a good feet of buses and being very punctual. These guys offer a return ticket KUL-KLCC or vice-versa for RM 18 which is pretty reasonable.

That's a wrap! The first of 5 for this series.
Thanks for Reading! stay connected via. FR and YouTube don't forget to Subscribe link
Comments are welcome!
See you in the next takeoff!
See more

Fares offered are decent and they are the only carrier operating Medium Bodied aircraft on this sector.
Malindo,AirAsia and Malaysia Airlines being the other carriers operating the CMB-KUL route

Overall an average flight on the National Carrier, lets hope that they revamp their product, service as well as their fleet in the near future.

The contributors of Flight-Report published 6 reviews of 3 airlines on the route Colombo (CMB) → Kuala Lumpur (KUL).

The average flight time is 3 hours and 45 minutes.