By marathon SILVER 495
Published on 21st February 2018
This is Part 2 of four flight and two ferry week-end across the Straits of Taiwan, made at the time when this was the fastest option to reach that destination.
Readers are welcome to point out things which have changed, for the better or the worse, since the time of this flight.

XMN’s terminal was quite ugly from the outside, especially since this architecture of concrete trusses painted white had to be spot clean, which it was not. 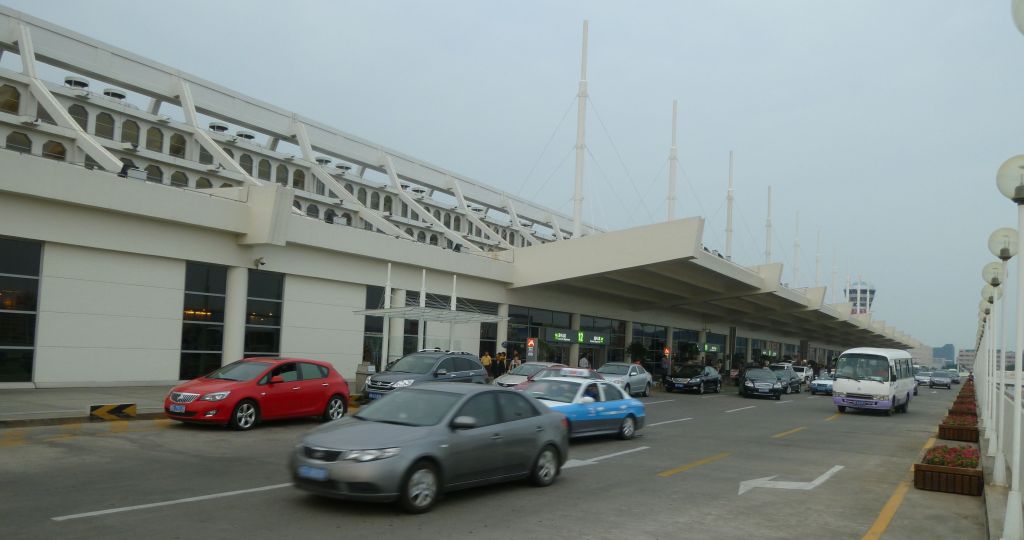 It was as busy as in an anthill inside, but it was actually very easy to find my way around. 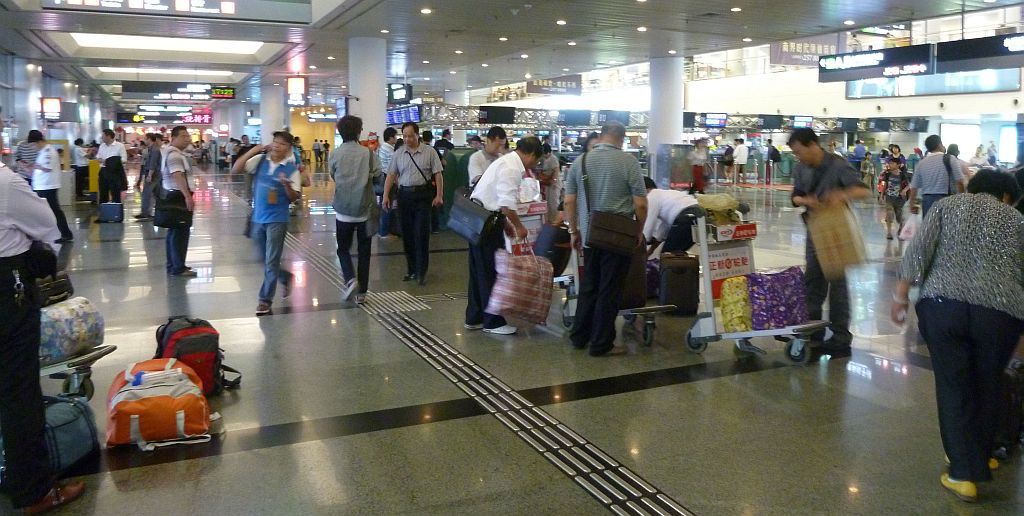 Xiamen Airlines’ check in counters were not busy: I hardly waited at Counter A11 where I had both a trainer and her supervisor. 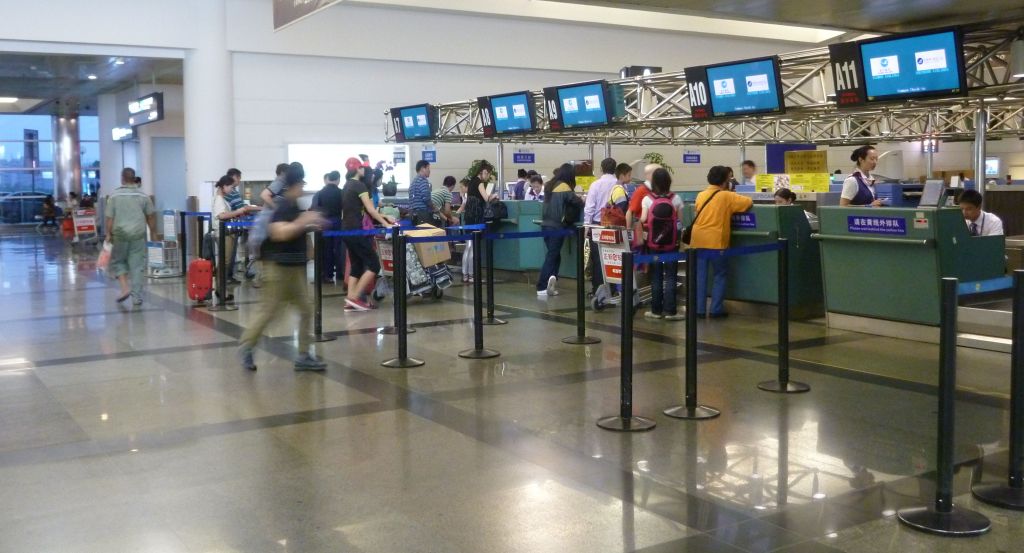 There were so many shops that you could miss the access to the security check. 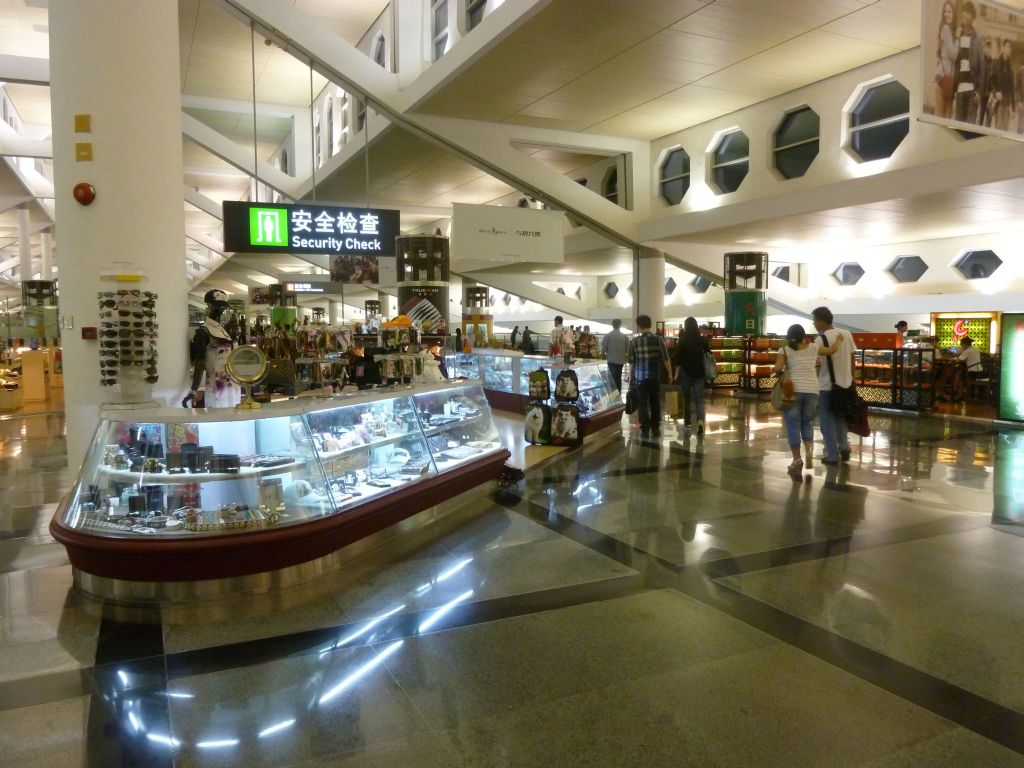 One airside, the linear terminal seemed to be nothing but luxury and souvenir goods shops. 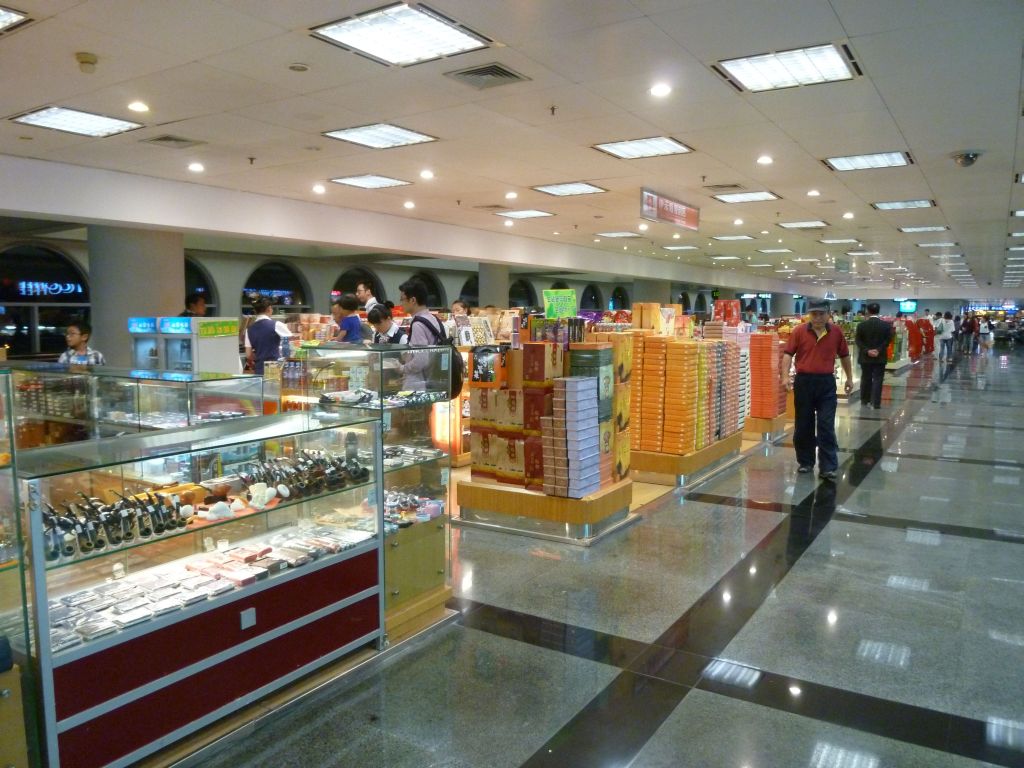 This boxes stacked in the background are sweets, that in the middle, presented vertically, is a shameless counterfeit : you recognized the map of Taiwan, but these sweets with pineapple stuffing which are a quintessential Taiwanese product have been made in Xiamen. 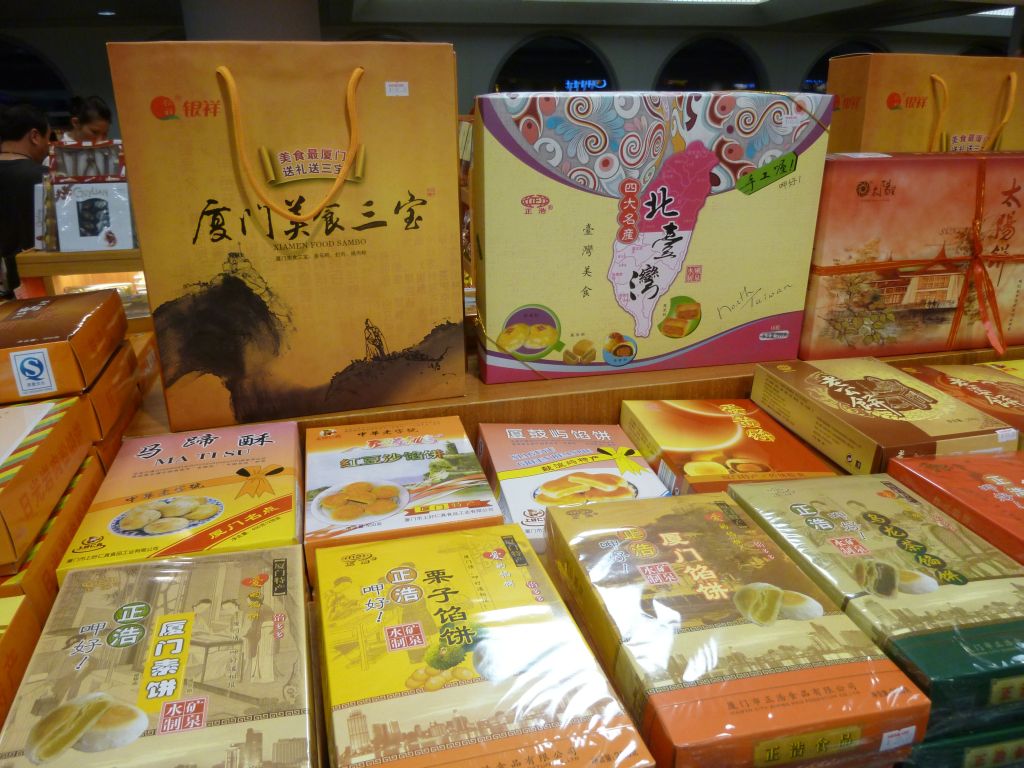 There are also food stands because food is a traditional present when you are invited in a Chinese home, be they kin or friends. Plane spotting was going to be limited because it was already night. I saved this mediocre picture of a China Southern aircraft.

Gate 20 was downstairs, which meant a bus transfer. 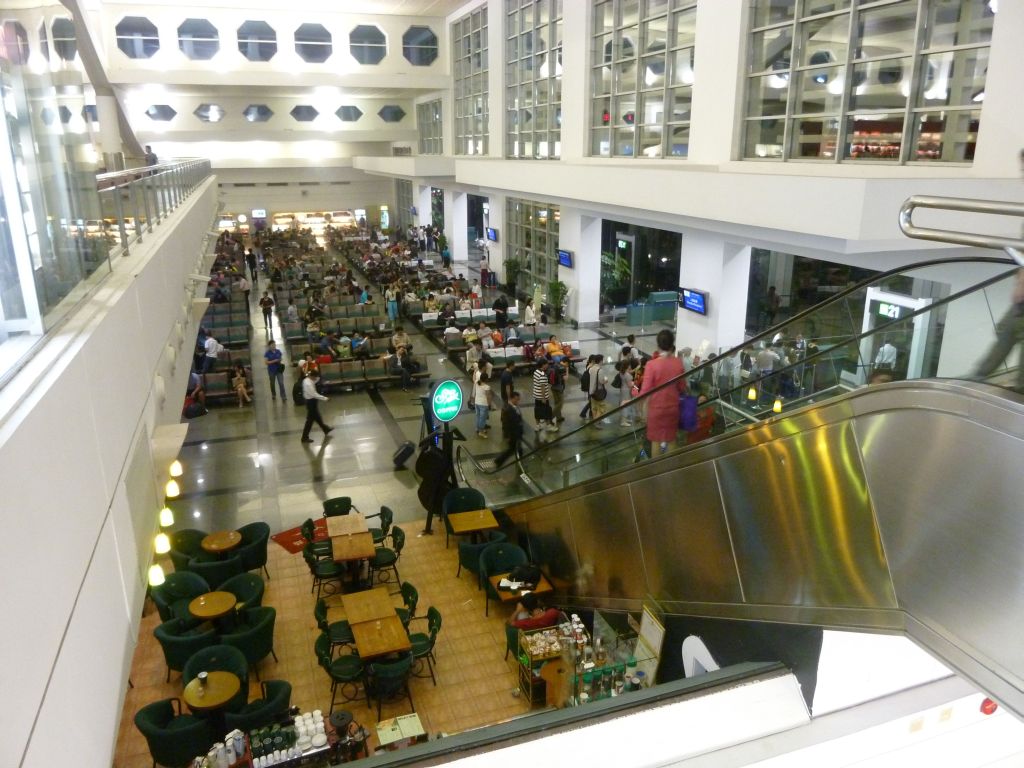 There was some ruckus at Gate 18: passengers obviously angry about the delay of Flight
SC4765 to Shenzhen. Hey, it was only a half hour late and Shandong Airlines had had food trays delivered to keep them waiting. 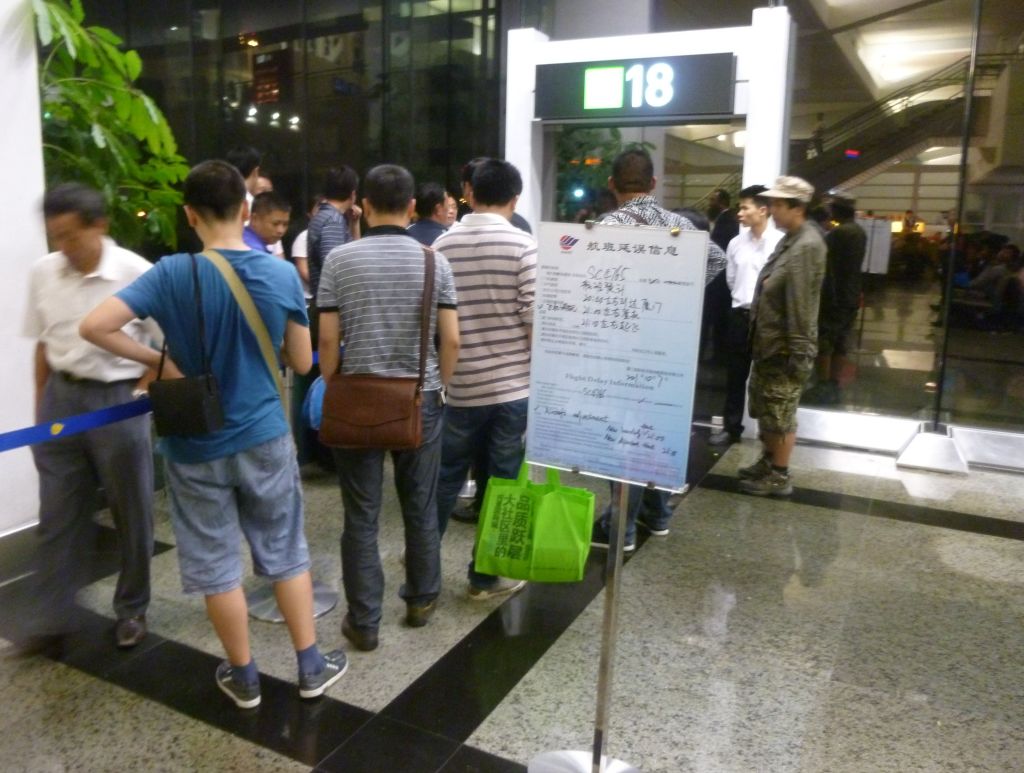 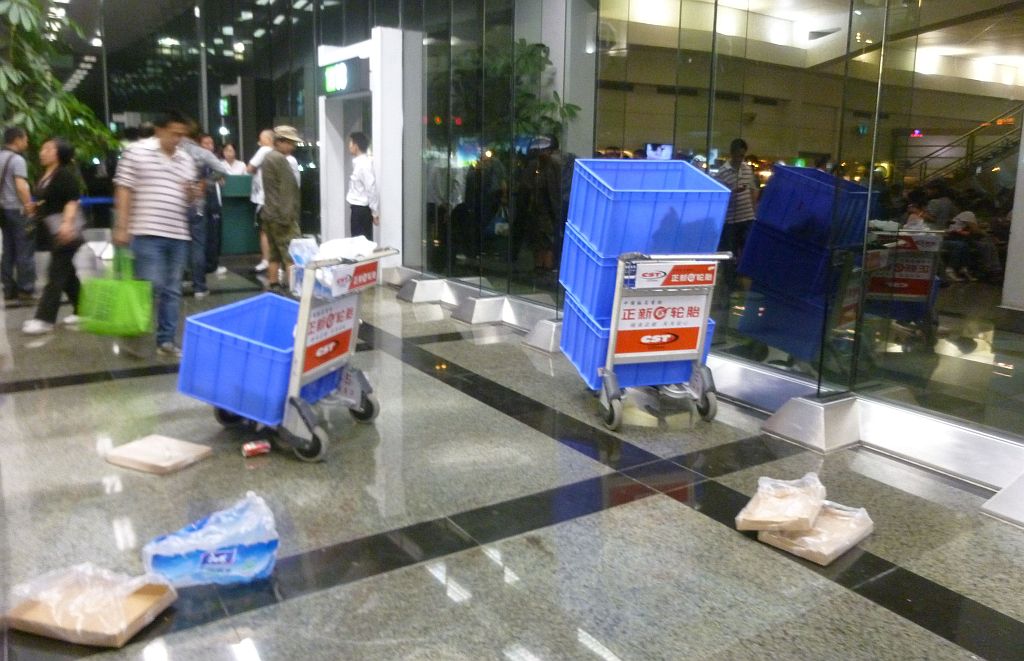 My flight to Wuyishan was going to board on time. 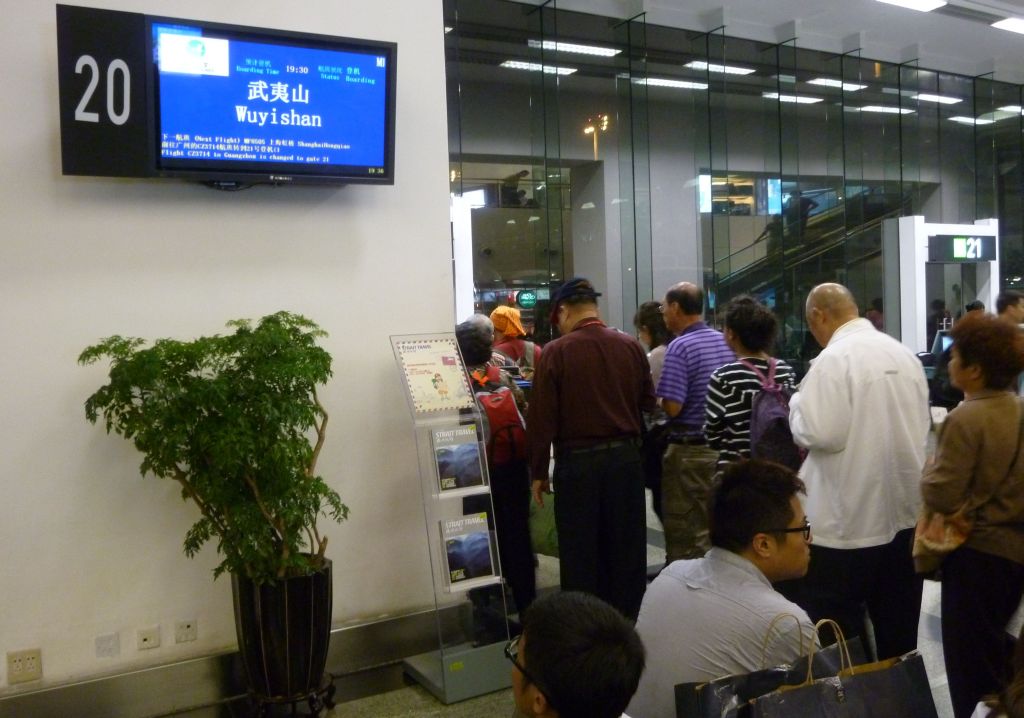 … in a bus identical to this one. 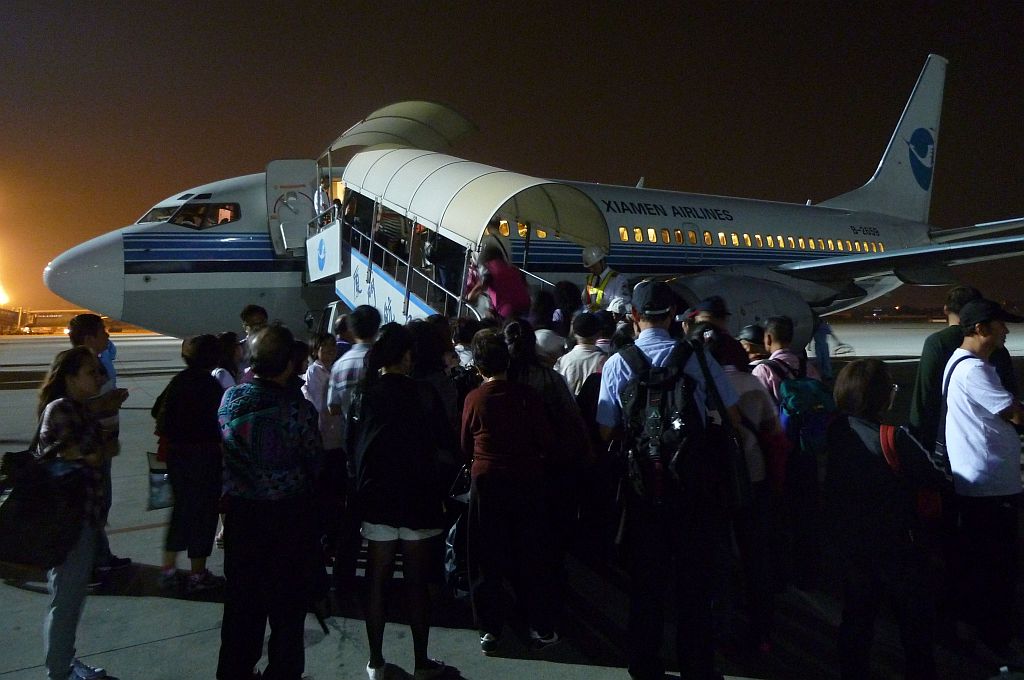 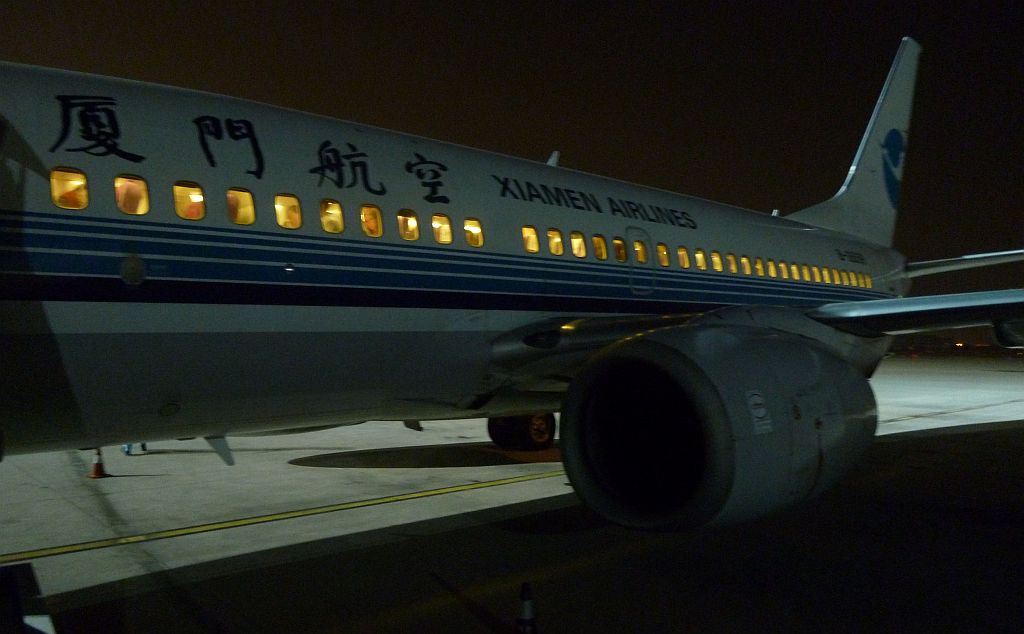 The seat layout was typical for a Chinese domestic flight: two rows of Business in 2+2, and the rest in 3+3 with a decent seat pitch. 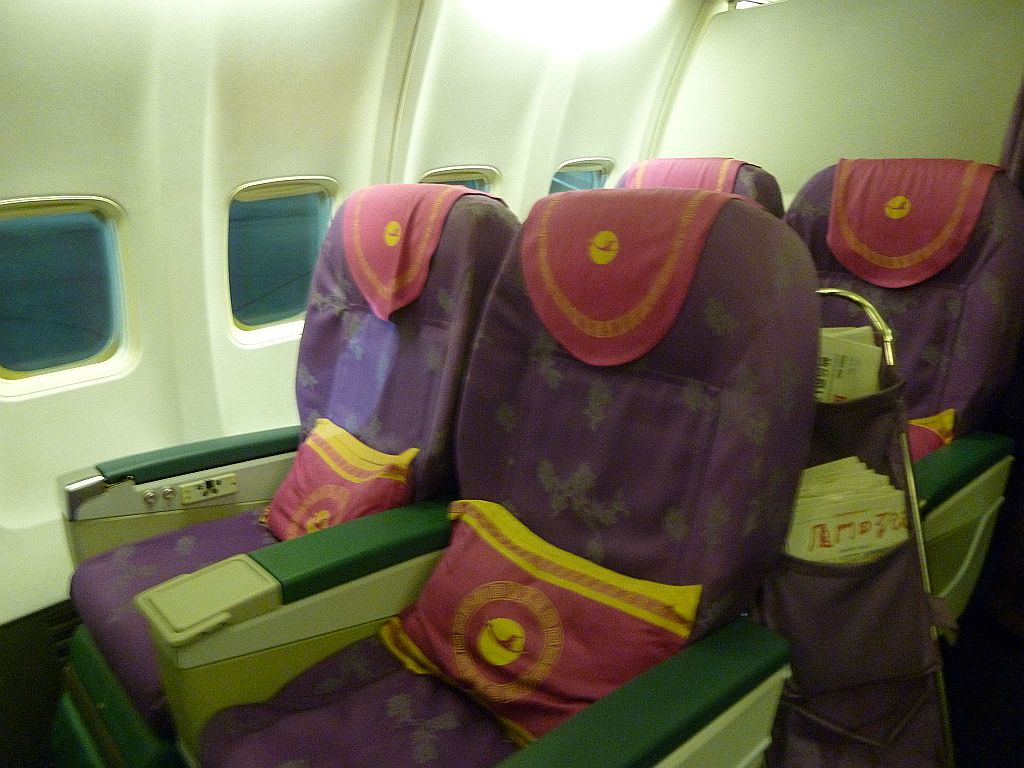 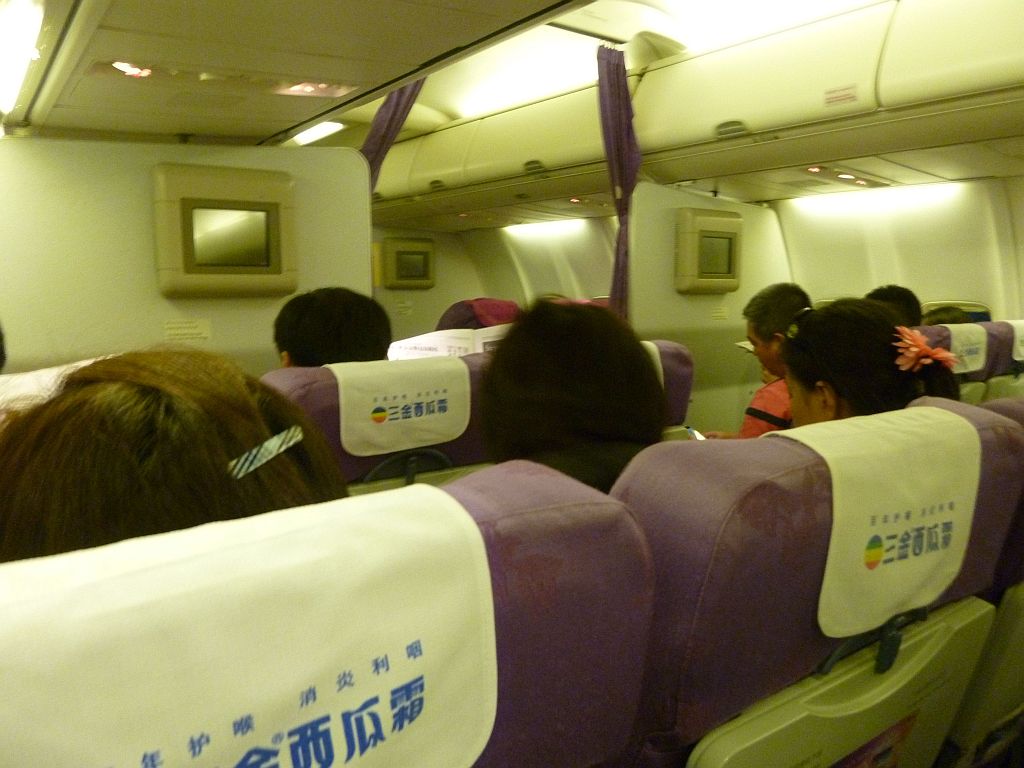 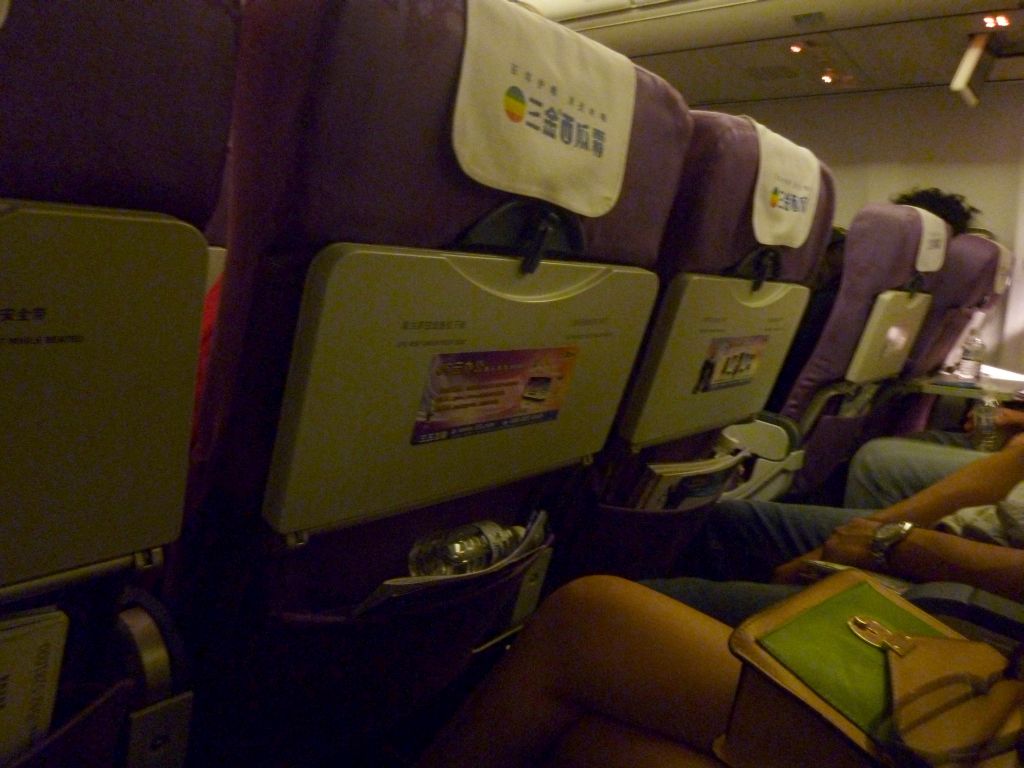 Catering was of the lightweight kind: 40 grams of peanuts and a black coffee. This was double the amount of food offered by Air France on a similar flight, but without a sweet option. 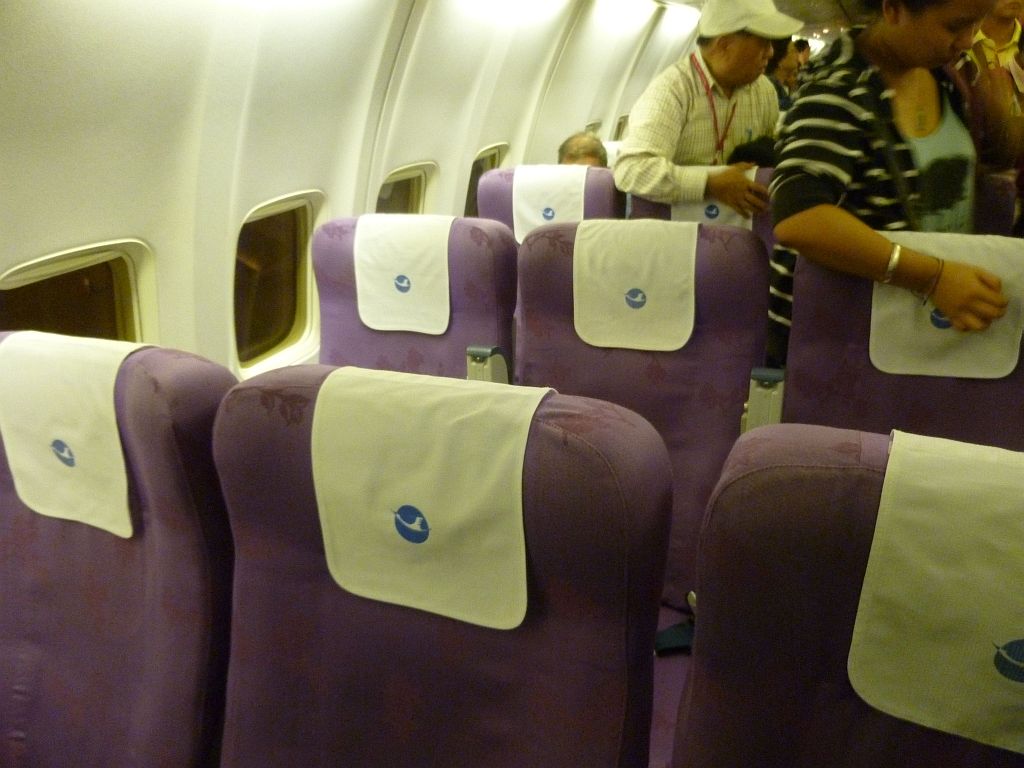 It was a short flight and we arrived at Wuyishan, still a small airport then without no taxiway and no jetbridges (I saw on Google Earth that there are three now), where most of the walking is on the apron because the luggage delivery room was so tiny.

It was a rather bland flight with the Fujian province. At that time in the evening and for a 40’ flight, it was unreasonable to expect more from the catering. For 350 RMB (about 45 EUR then, not refundable, non-changeable), it was a good quality-price ratio, despite the de facto monopoly of Xiamen Airlines on this route.