#54 out of 78 Airlines A minimum of 10 flight-reports within the past two years is required to appear in the rankings. 299 reviews

Check In at the Lufthansa Group Business Class counter was very quick - I am allowed to use this with LH silver status but Premium Economy in general would not come with any Priority handling on the ground.

As my plane was parked without any good apron views I could just get this picture from the far. My Boeing 767-300 today is one of the very rare examples with 4 real doors before the wing - the majority of Austrian 767s (ex Lauda Air planes) comes with the standard 4 emergency windows over the wings instead. 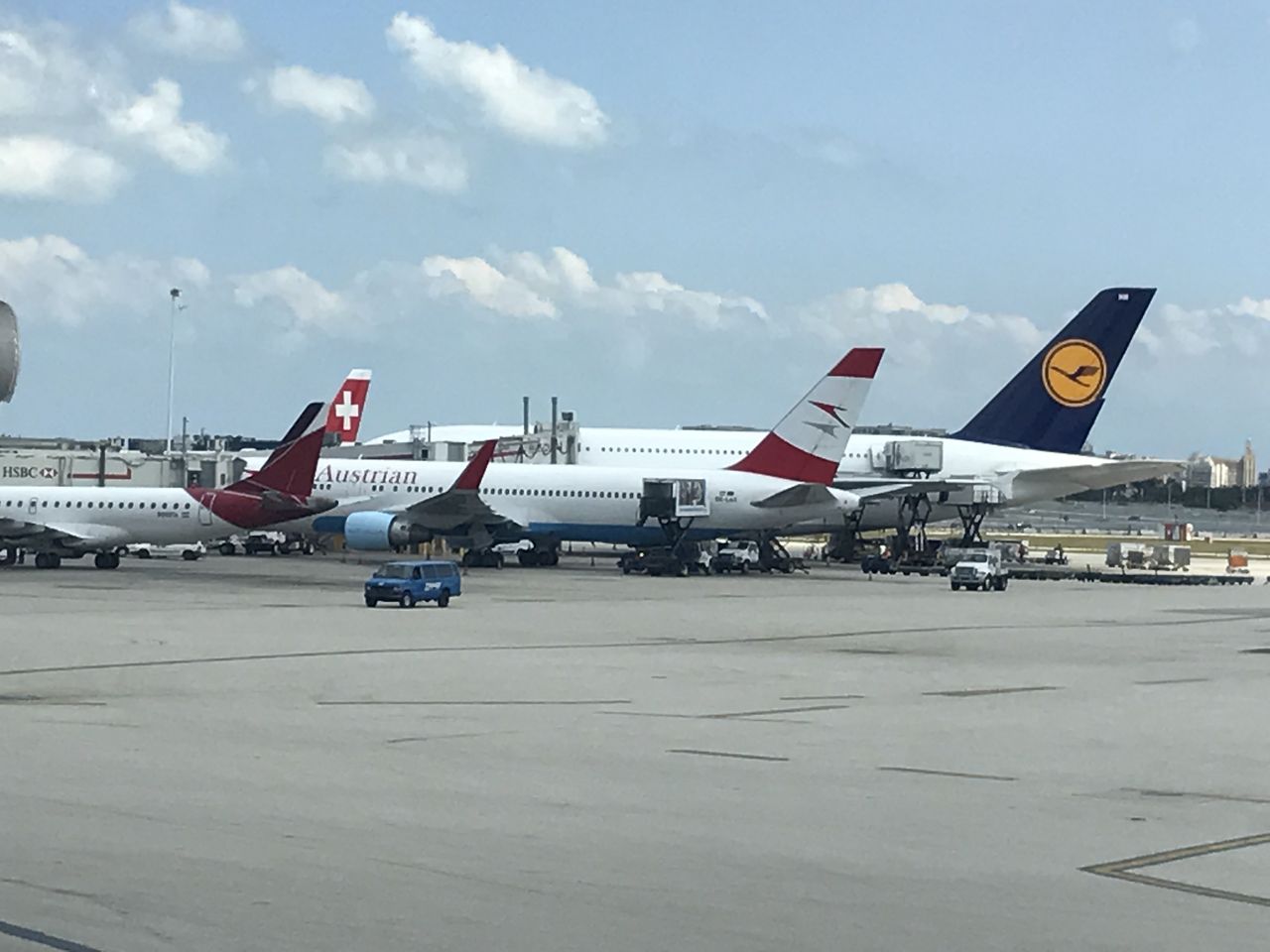 Next to my gate was waiting a very nice Avianca Airbus 330. 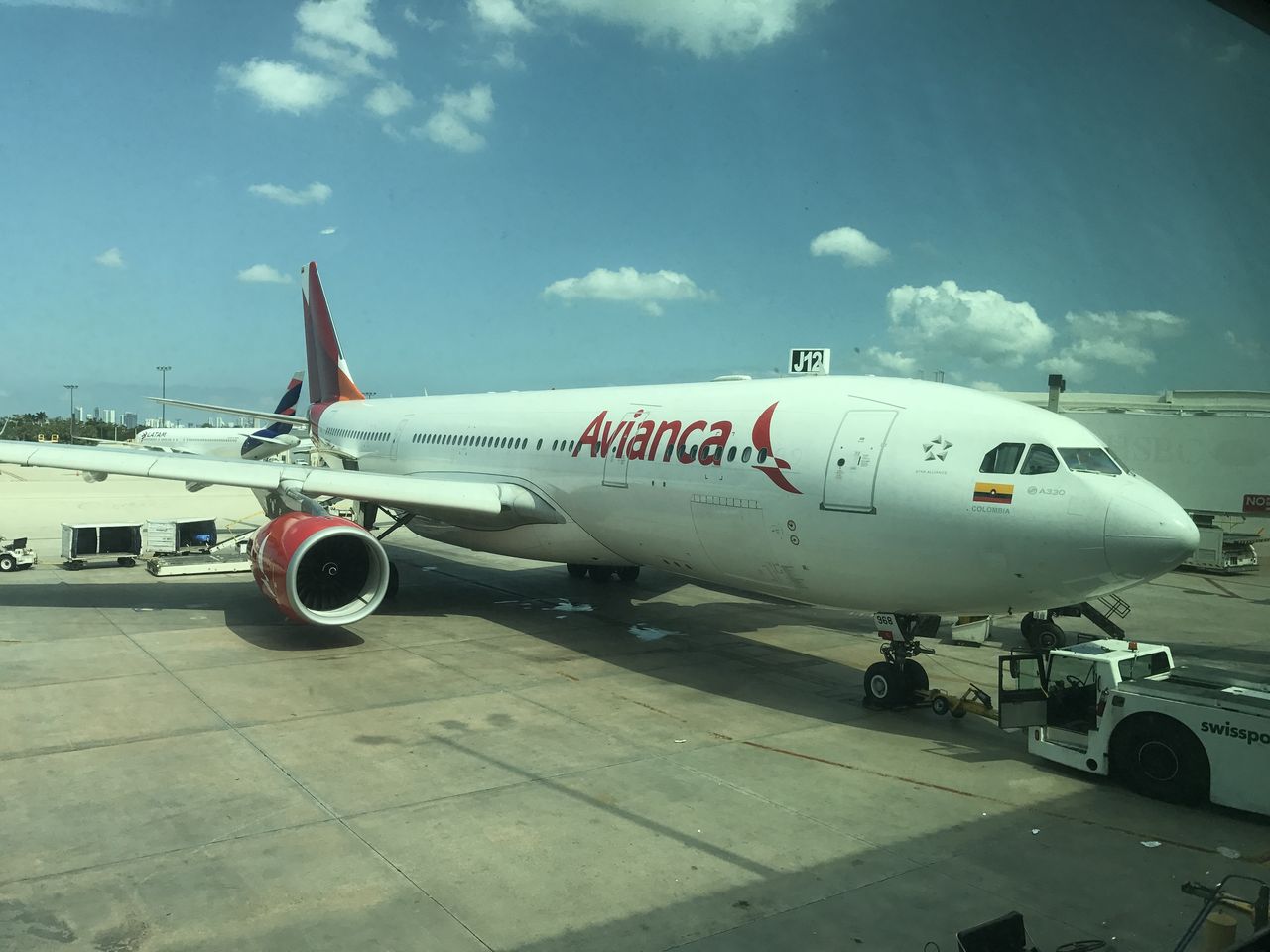 Boarding started ca. 30 minutes late and without any Priority for Premium Economy.

A very friendly crew greeted me onboard - in general the whole crew provided very friendly and attentive service throughout the whole flight.
The really seemed to like their job.

I reached my Premium Economy seat after the door 2 area just where the wings start. The cabin is very small and just features 3 rows with six seats abreast.
The seats are exactly the same as Lufthansa uses but of course adjusted to Austrian's design. As a difference to Lufthansa the Premium Economy is a fully separated cabin with real full walls and curtain to Economy Class which is much better and provides a very cosy small cabin.
The seat in general is very comfortable and spacy and in my opinion one of the best Premium Economy hard products available with lots of space and clever stowage areas. 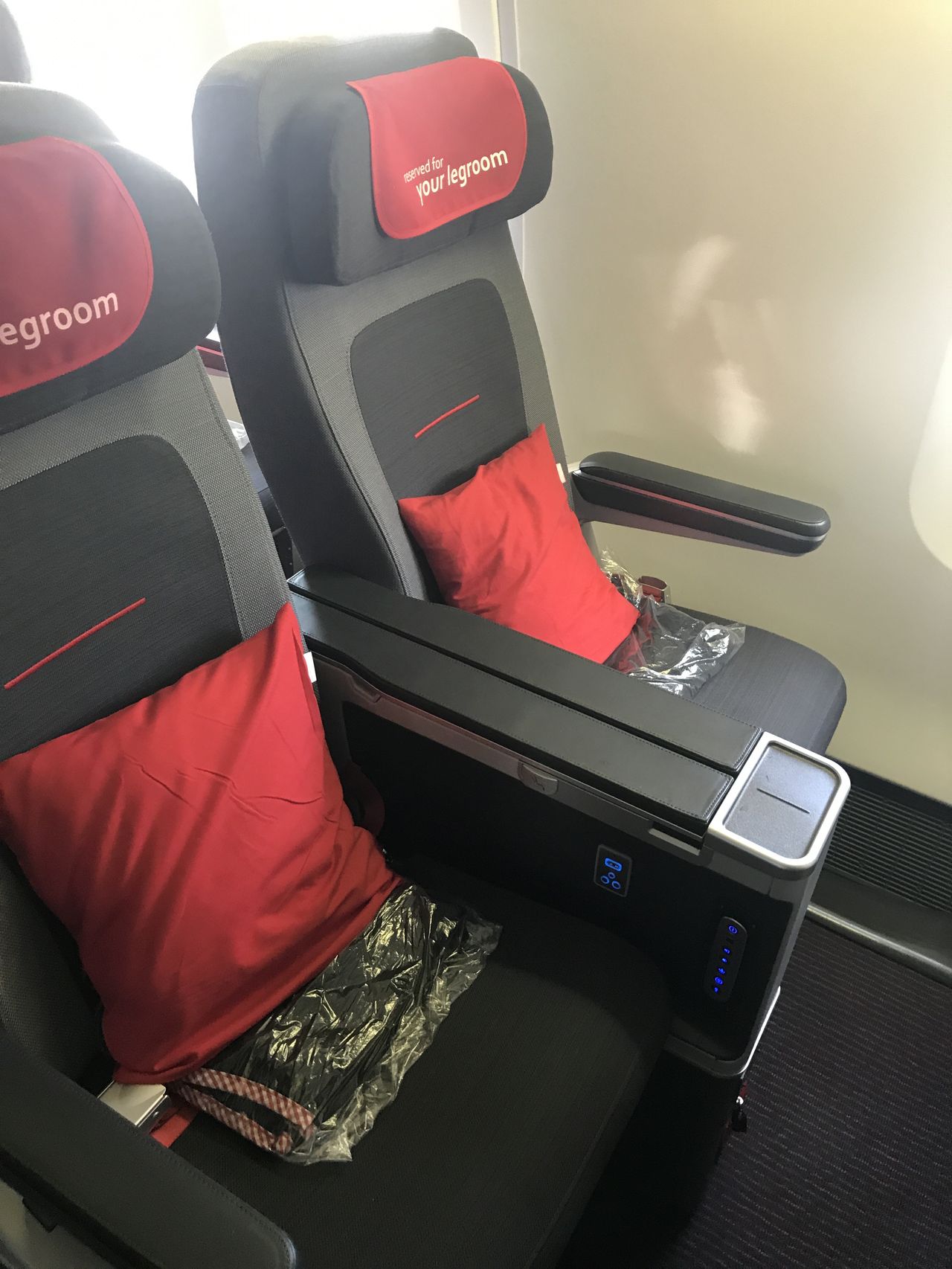 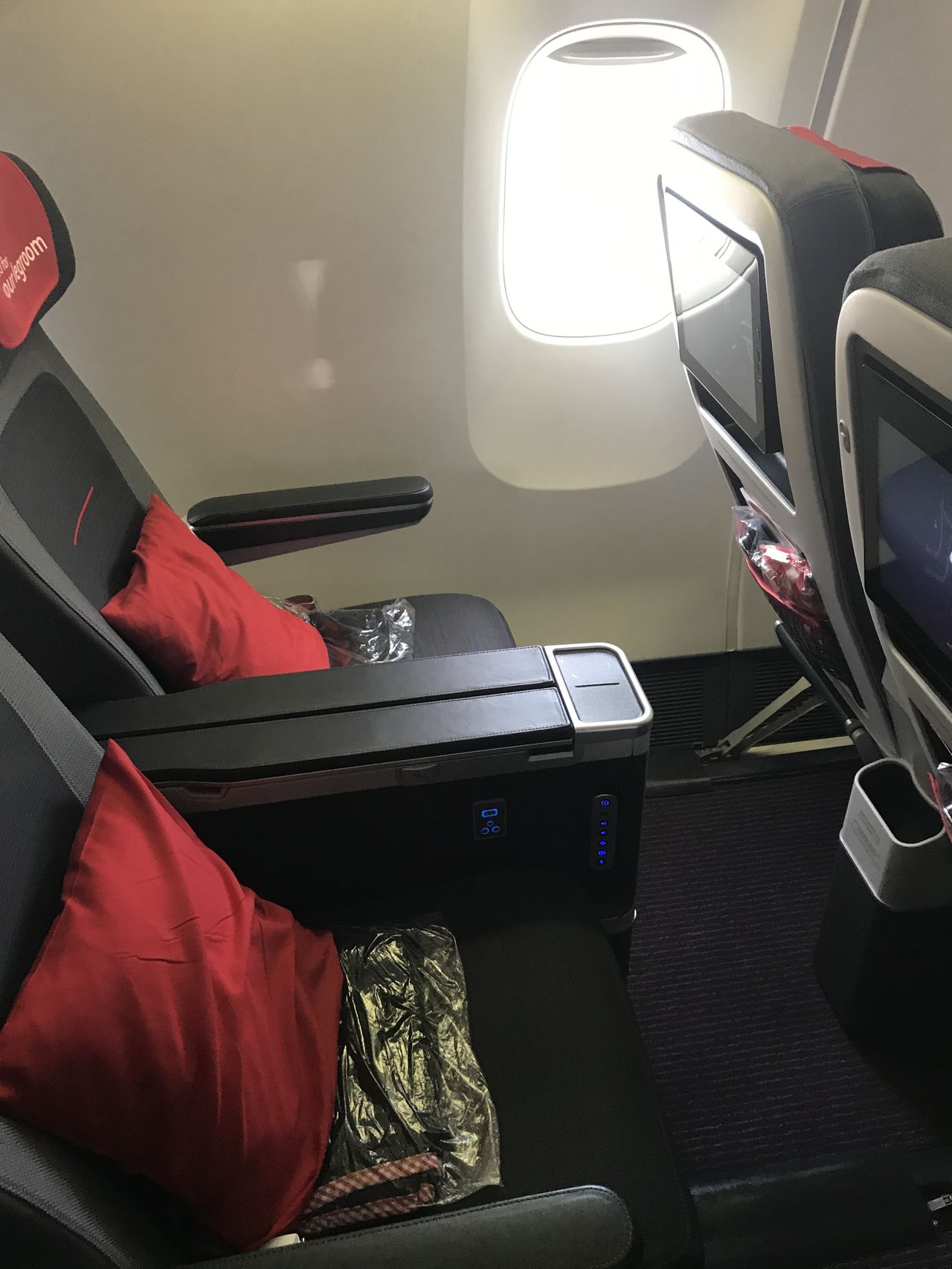 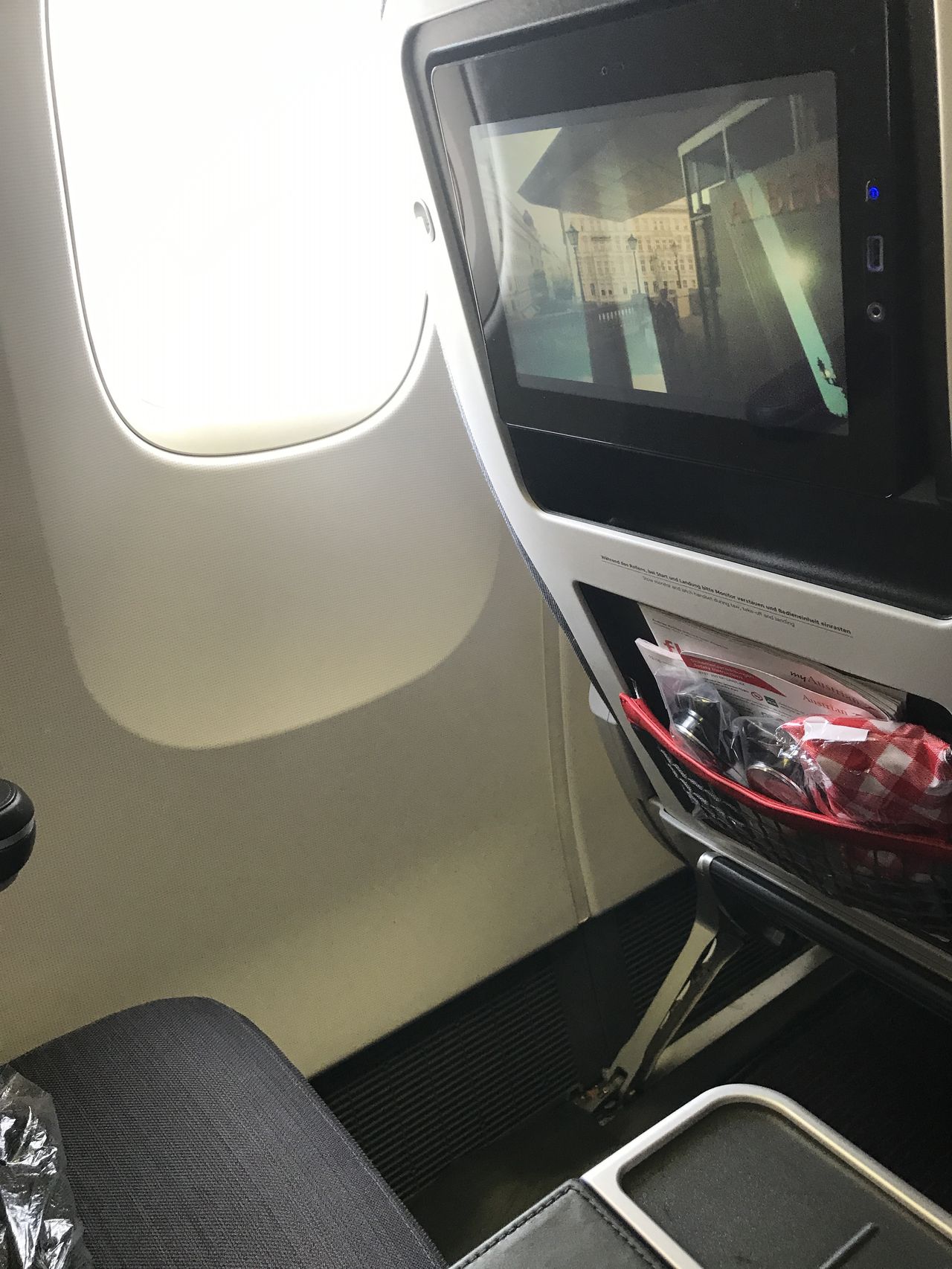 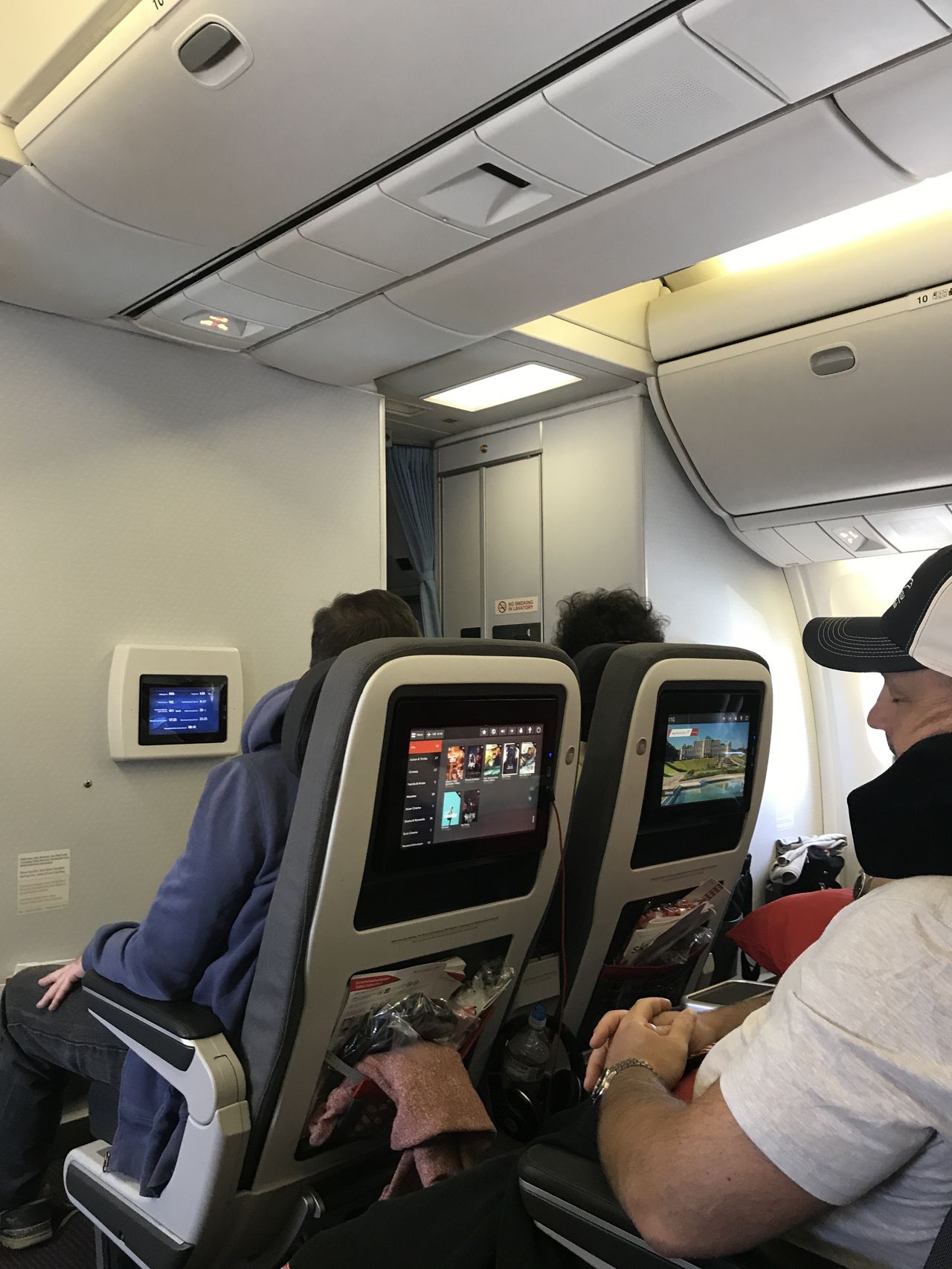 Already at the seat were a blanket, pillow and this high end noise cancelling head sets ( a huge difference to the cheap ones used at Lufthansa). 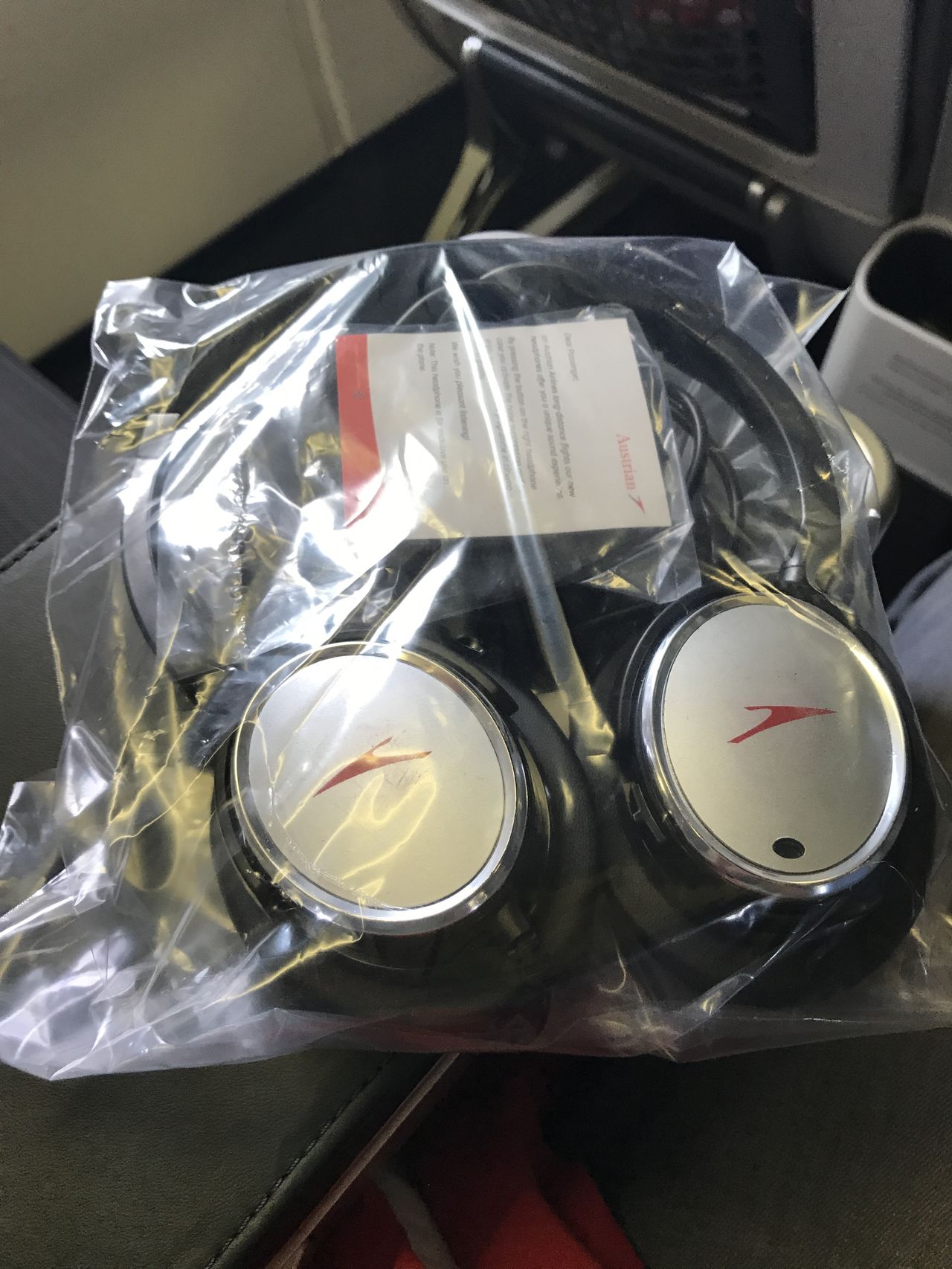 Also provided in the seat pocket was this nice and basic amenity kit in Austrian design: 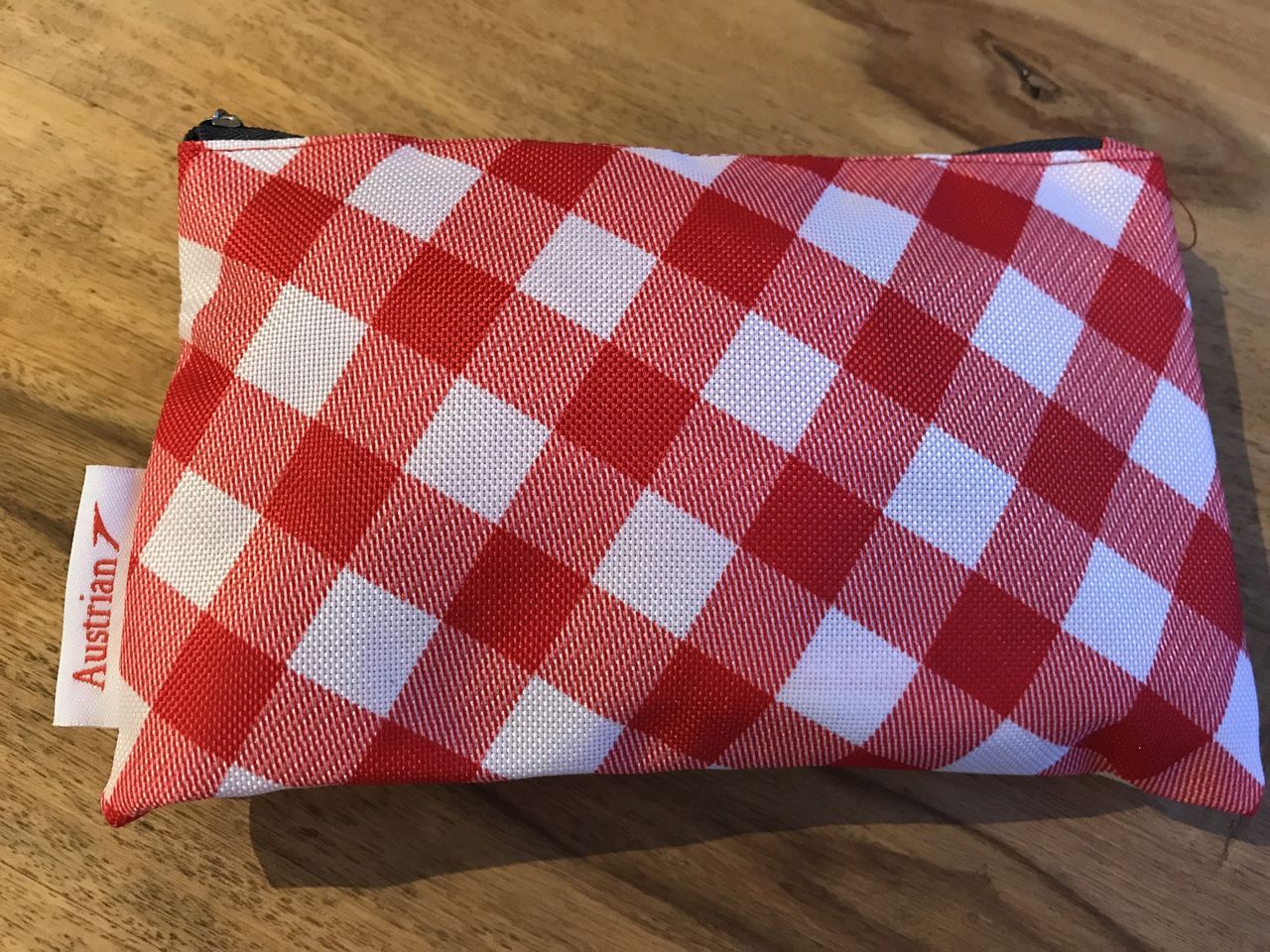 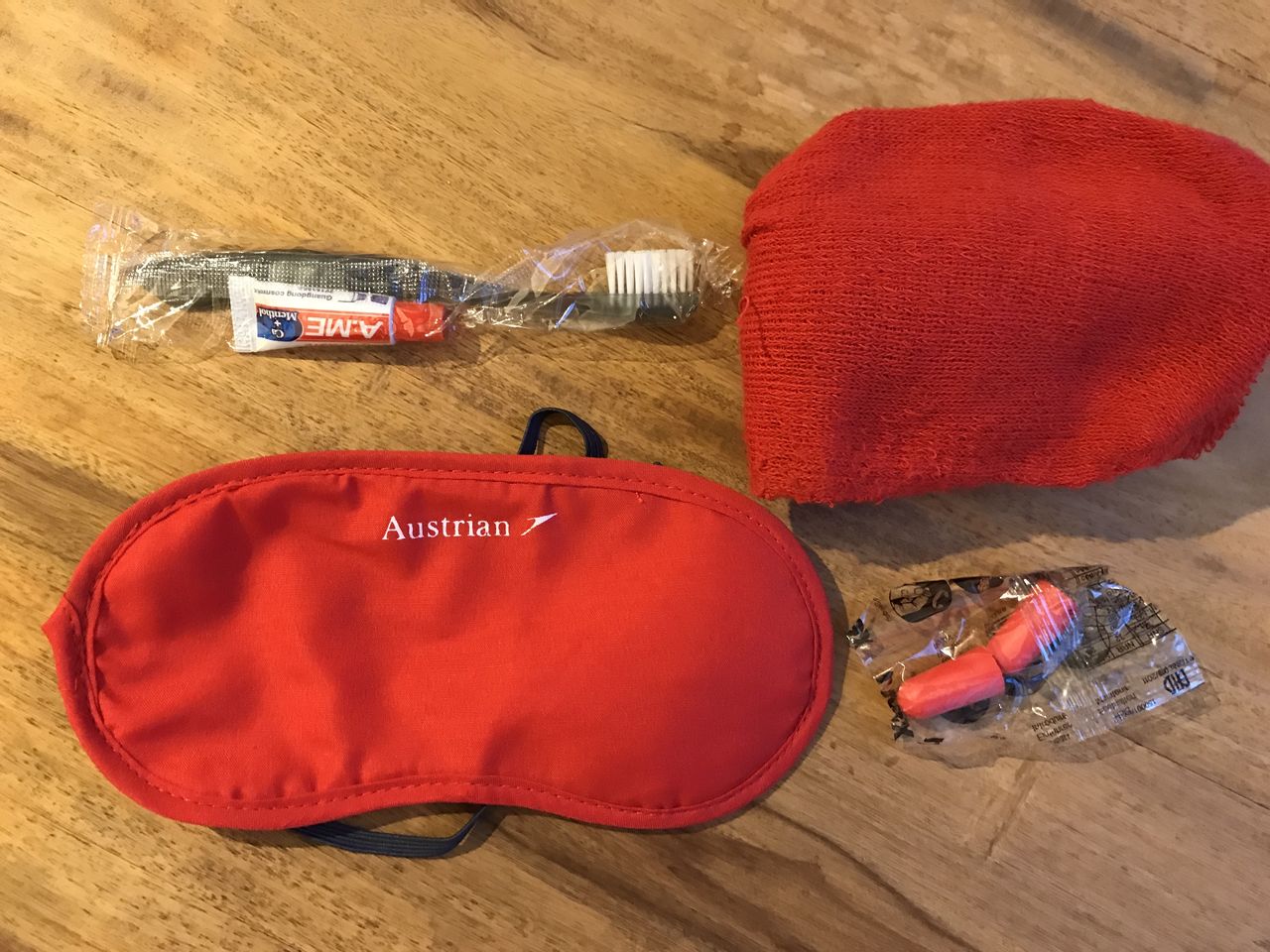 Once boarding was finished the very friendly crew served pre departure drinks of water or orange juice in real glasses. 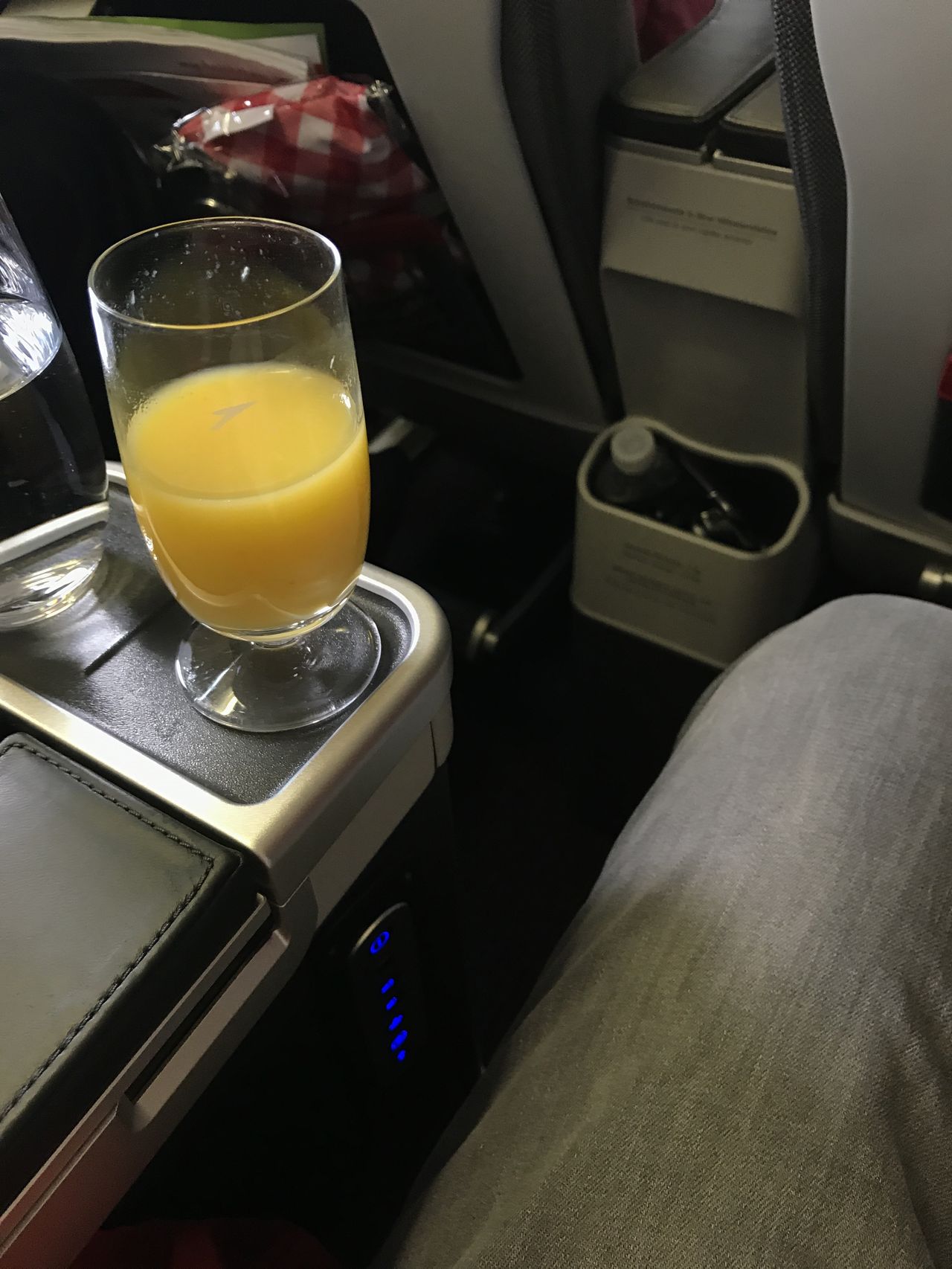 This was followed by distribution of menus which even offered three different warm main courses for dinner!

While still on the ground the purser came around Premium Economy and greeted every guest by name while collecting the choices for the main dish.
This was great and so far never experienced in Premium Economy. 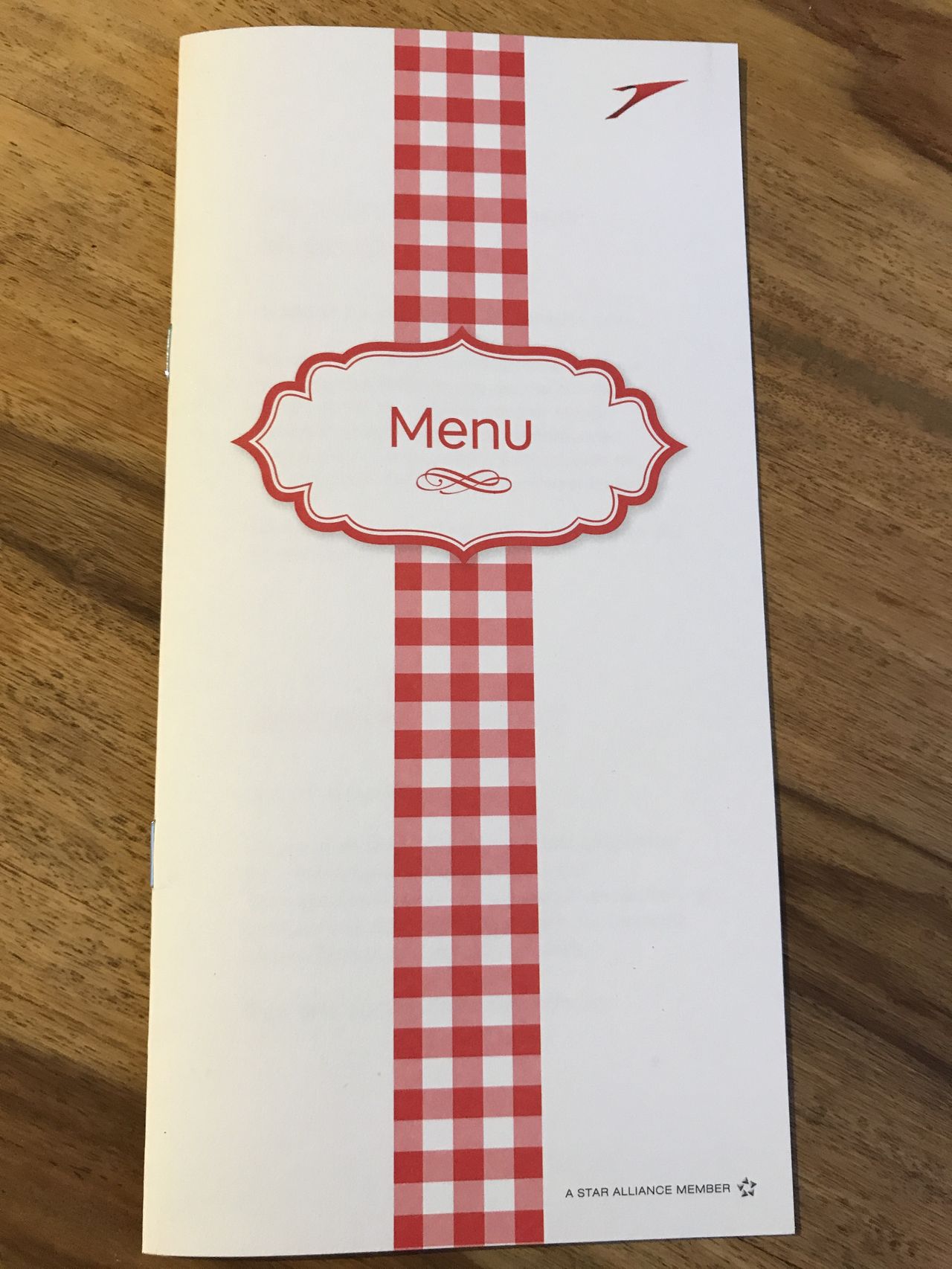 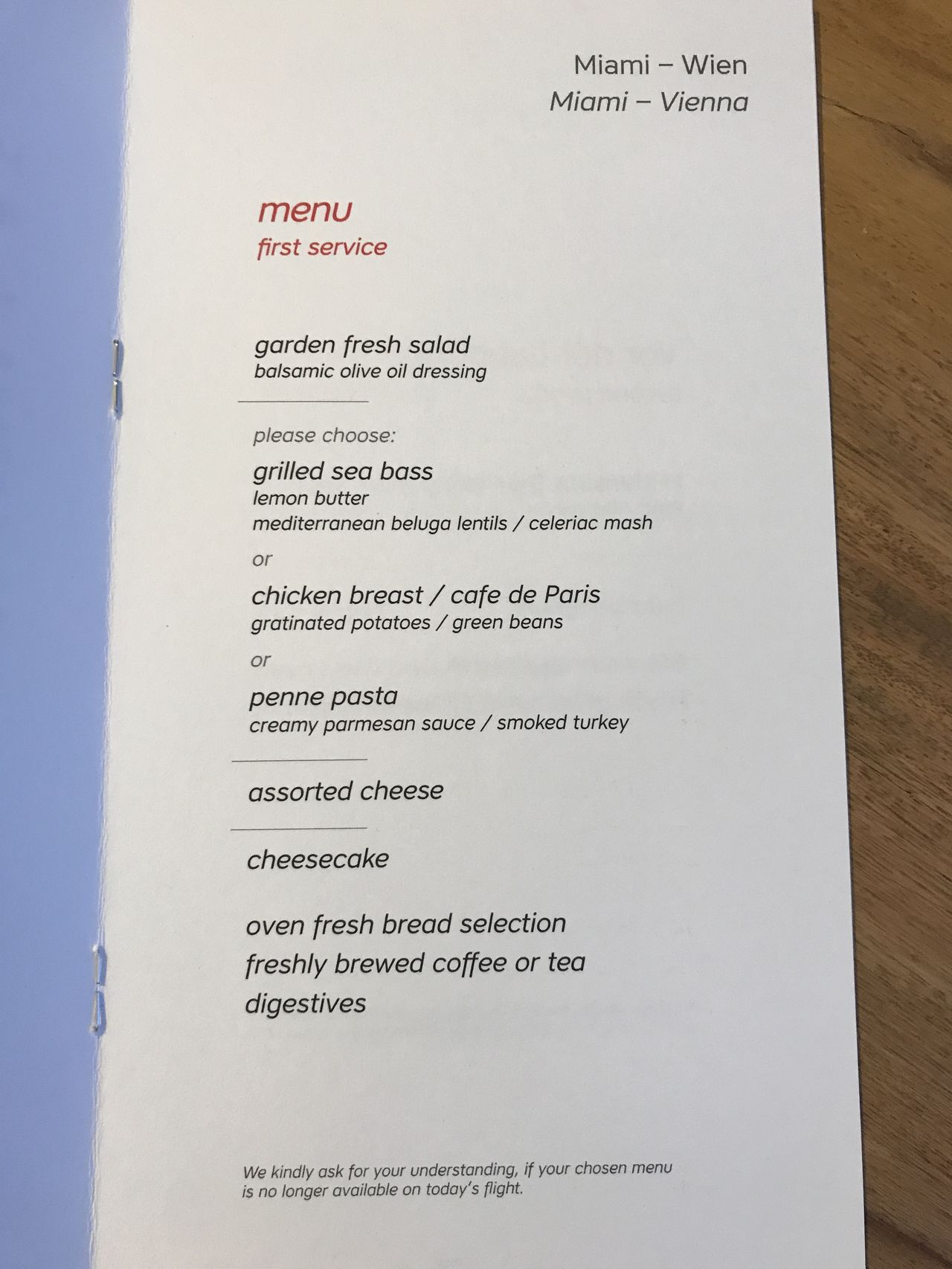 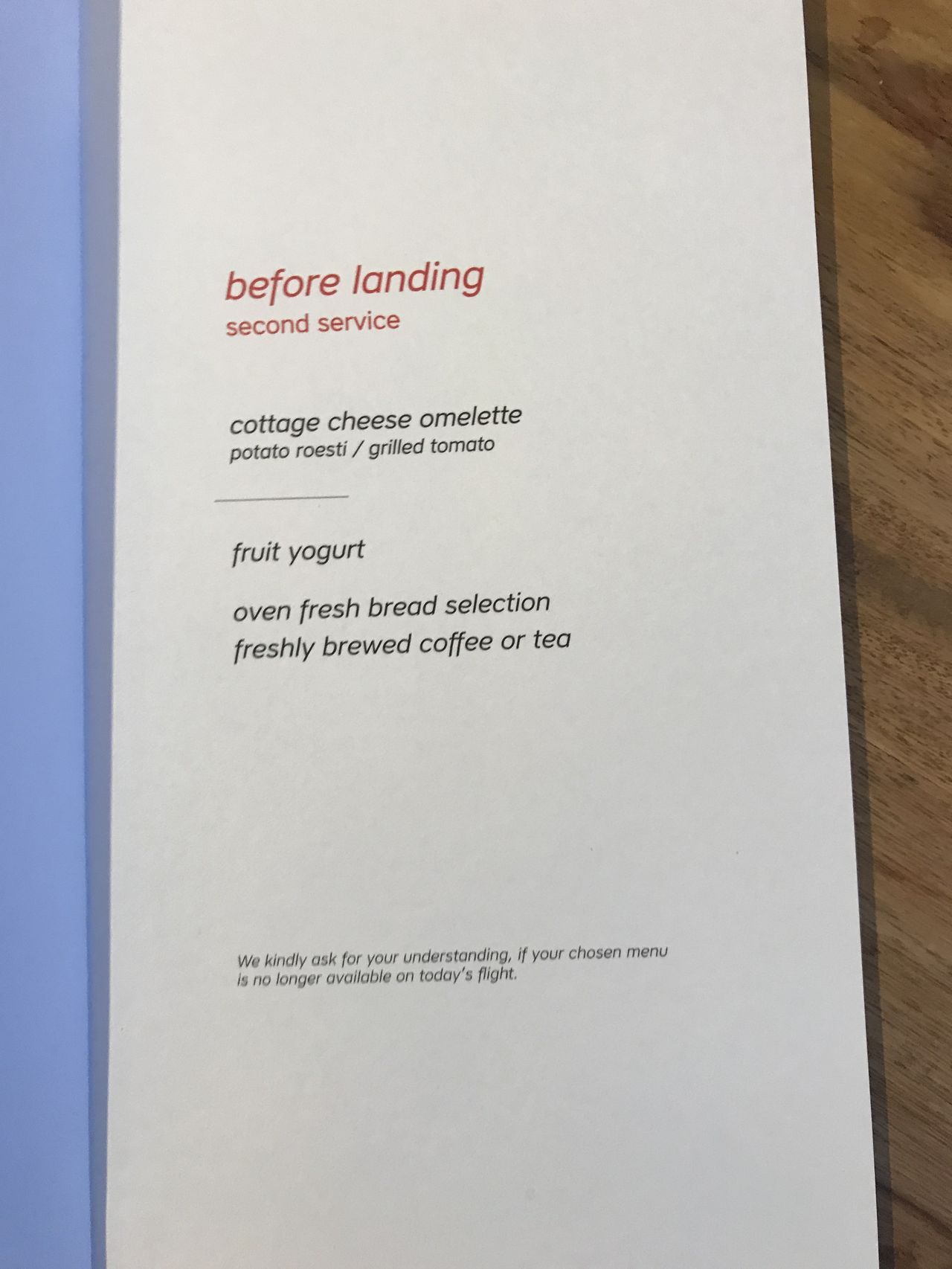 We departed a little bit late for the 9 hrs 20 mins flight to Vienna.

Service started with nice hot towels (not the cheap ones like on Lufthansa). 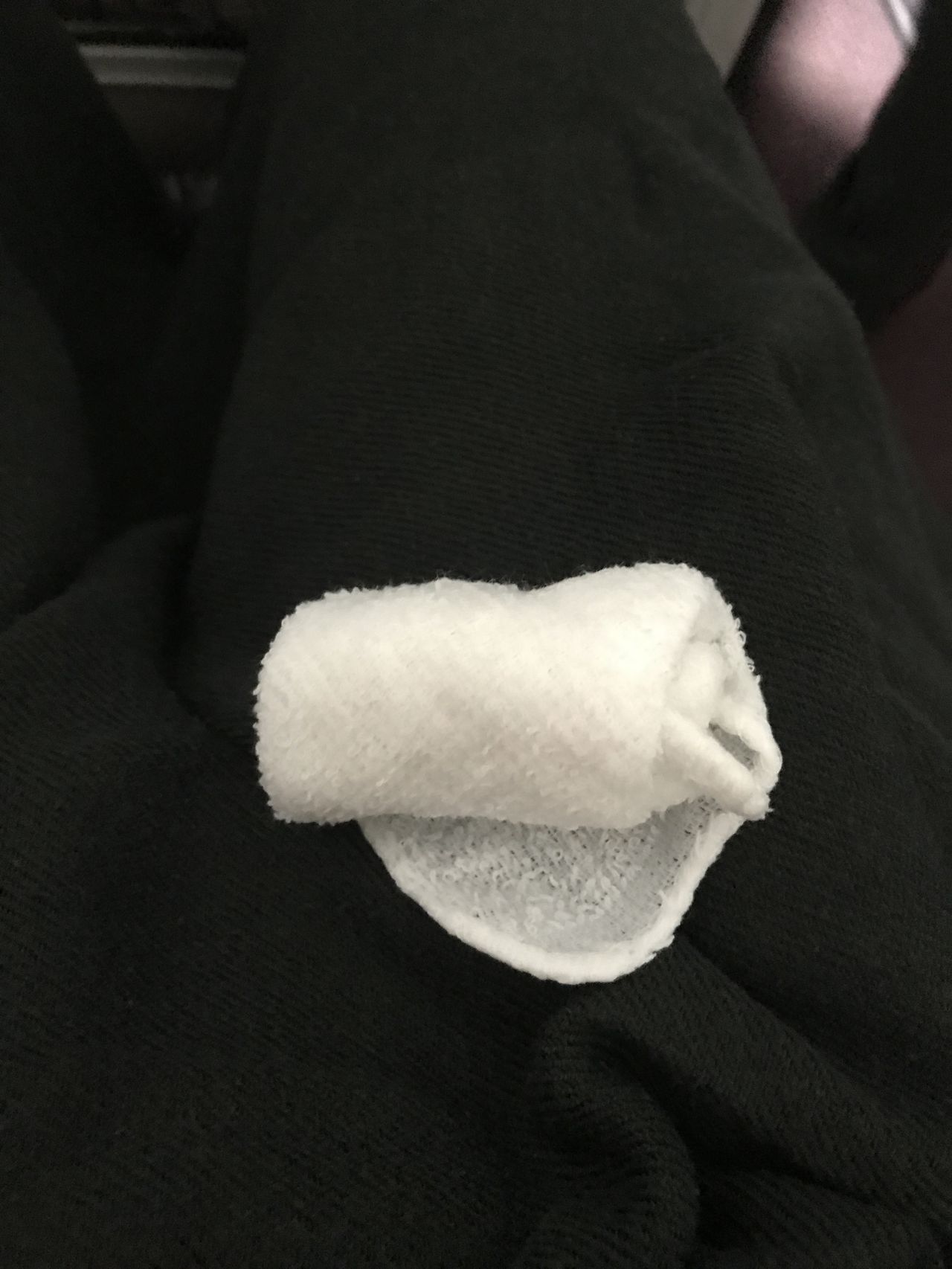 This was followed by aperitif service where I opted for a Gin Tonic & water. Unfortunately plastic cups were used here. 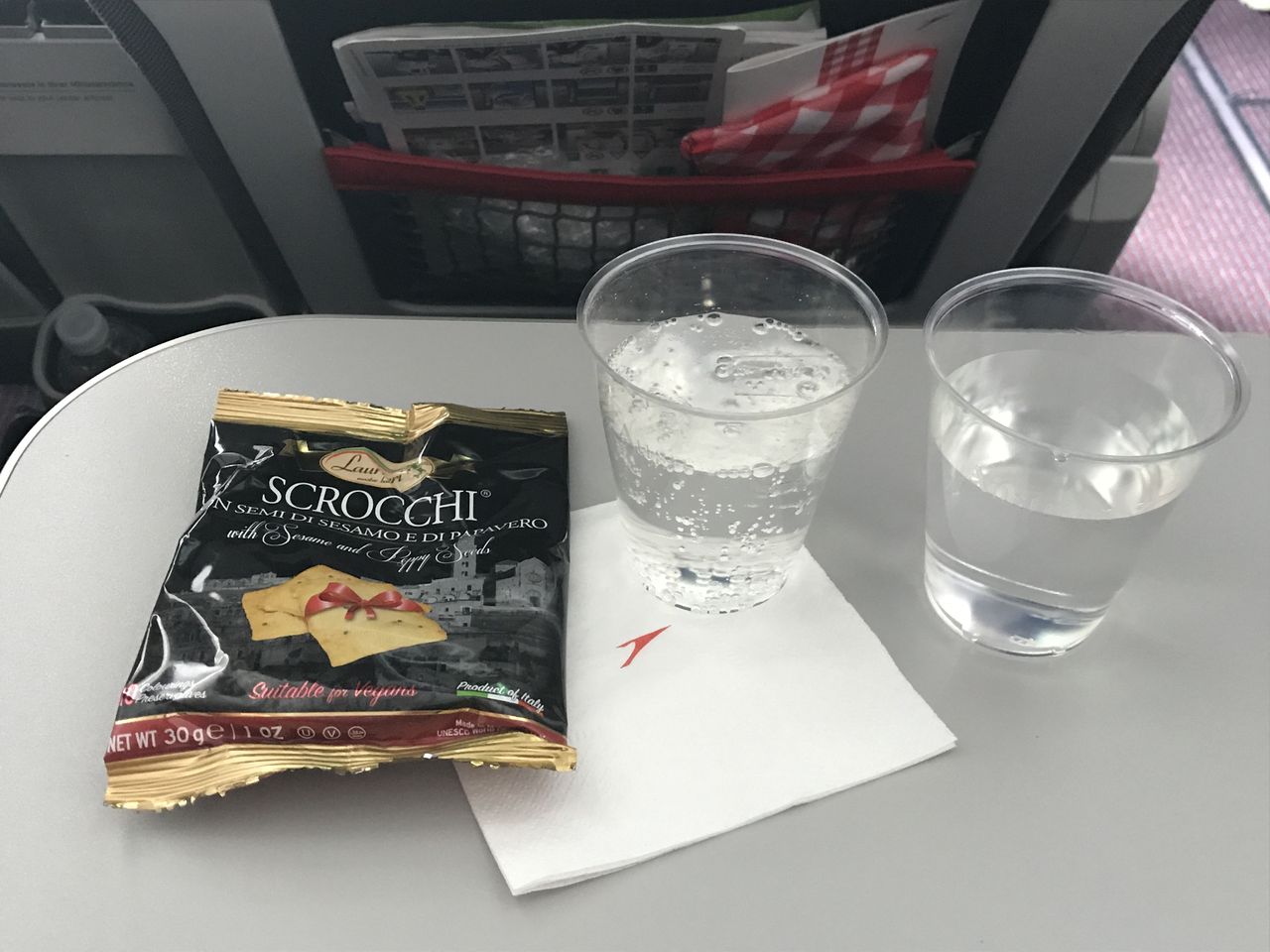 Soon your correct choice of dinner was served accompanied by warm bread from a basket. 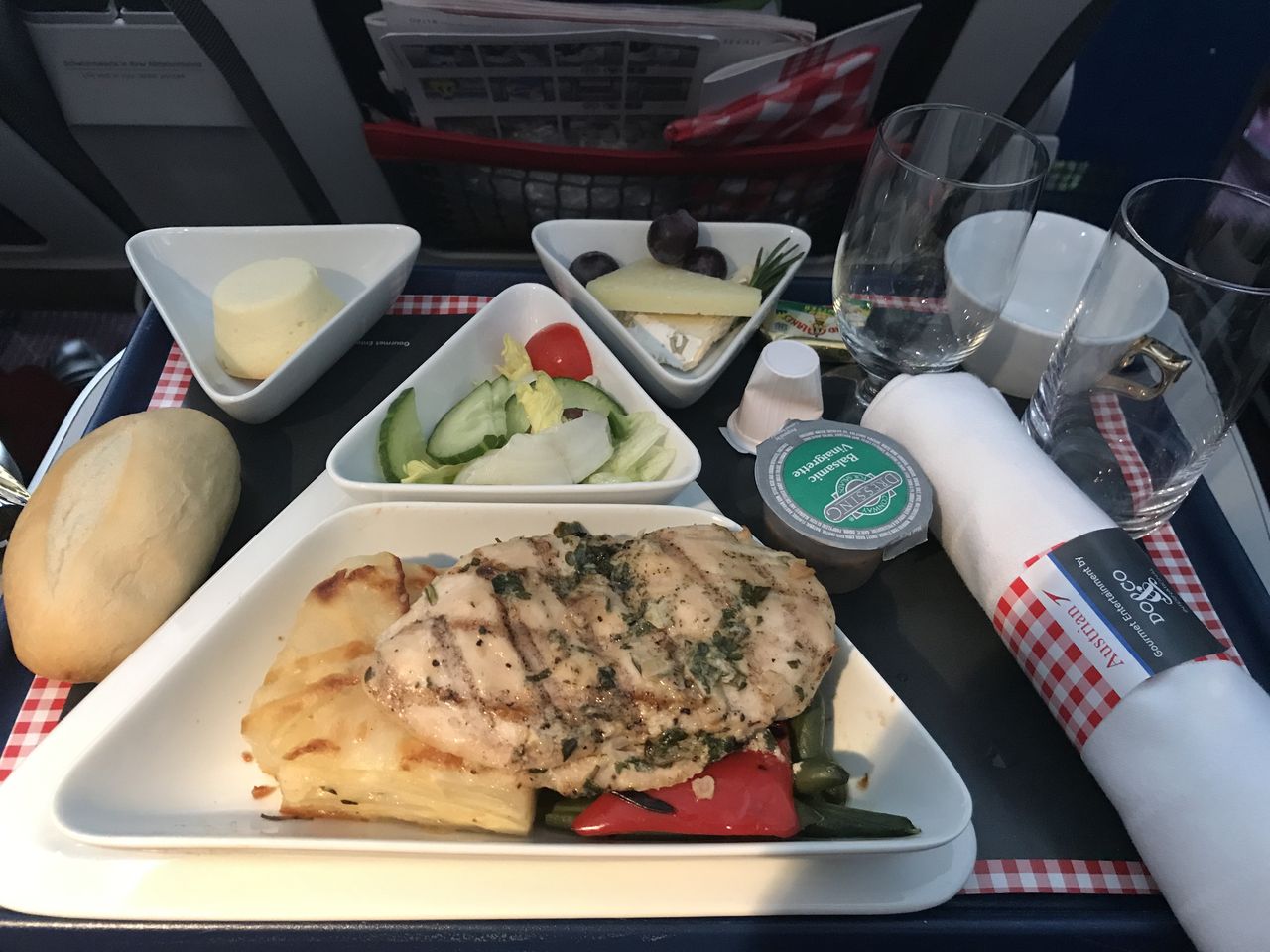 The meal looked great on a full size tray with porcelain dishes and real glasses.

I had some red wine and water - drink refills were also offered afterwards again. 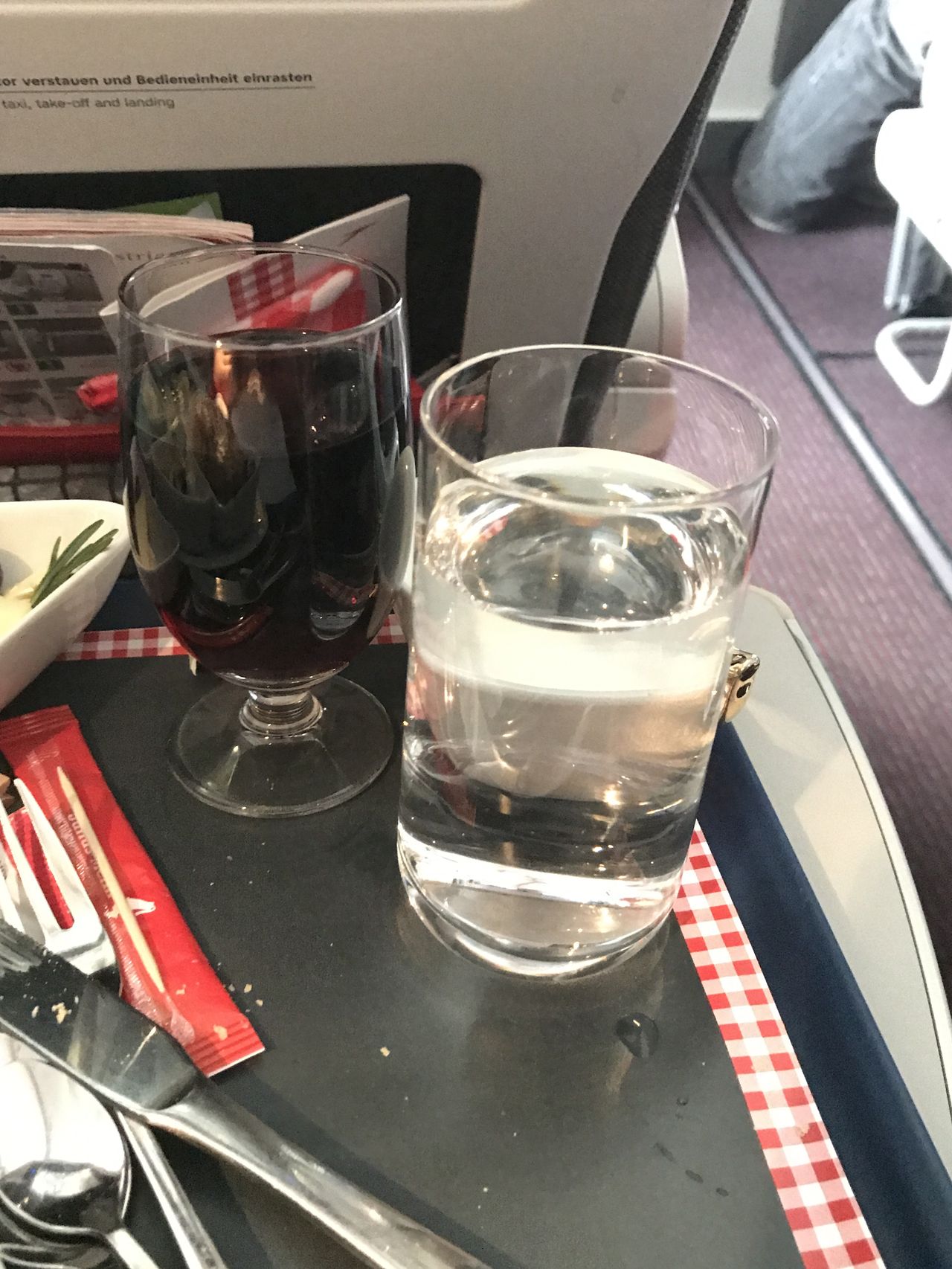 I finished my great tatsting meal catered by Do & Co with a cup of tea and some cognac.

As Premium Economy still is a seat and nothing like Business Class I could not find a deep sleep and had some kind of rest for ca. 4 hours before hot towels started the breakfast service.

The breakfast was again served on very nice porcelain dishes with warm bread from the basket.
Unfortunately plastic and paper cups were used here (in this aspect Lufthansa is slightly better as they also provide a real glass for the second service). 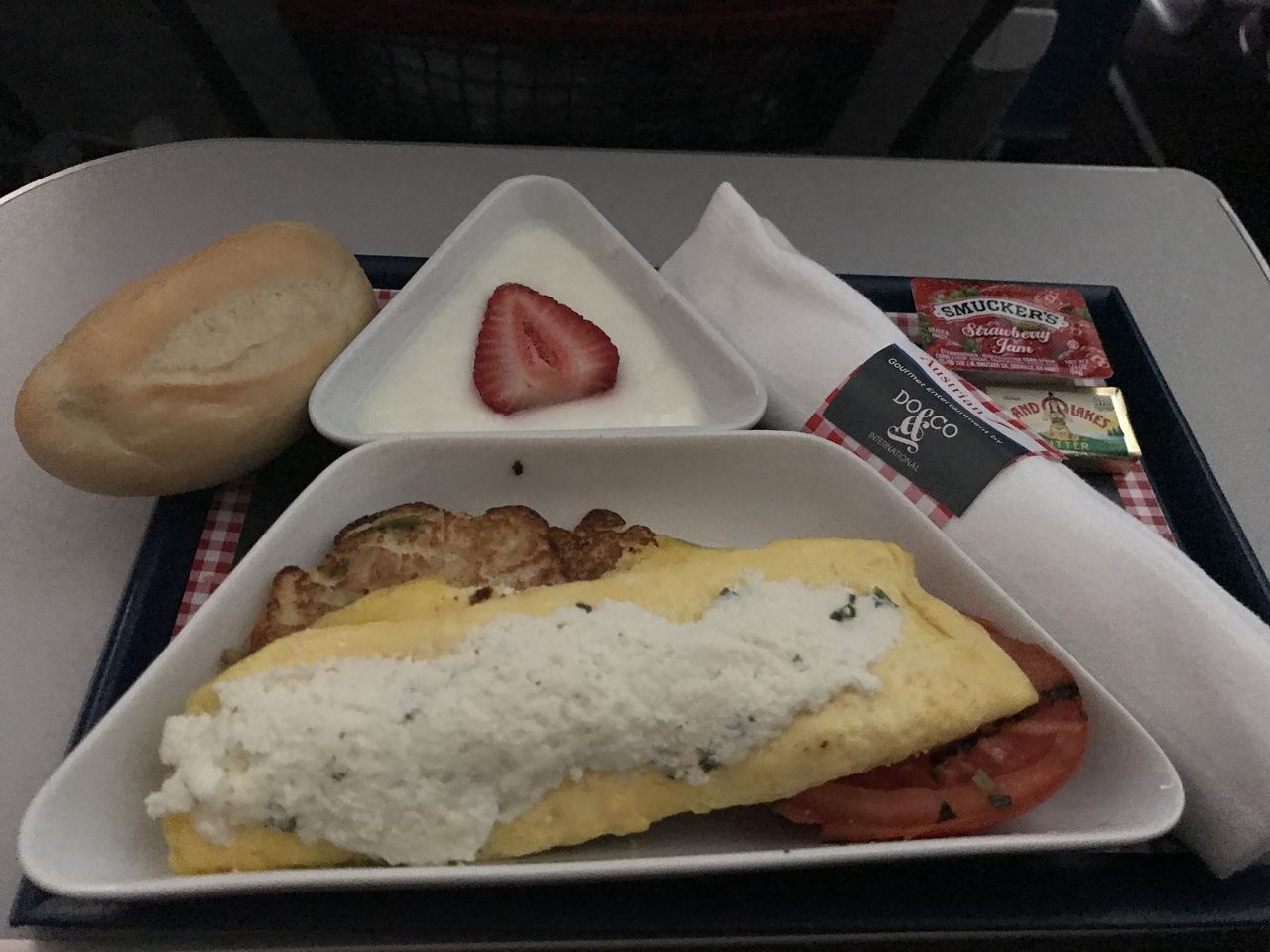 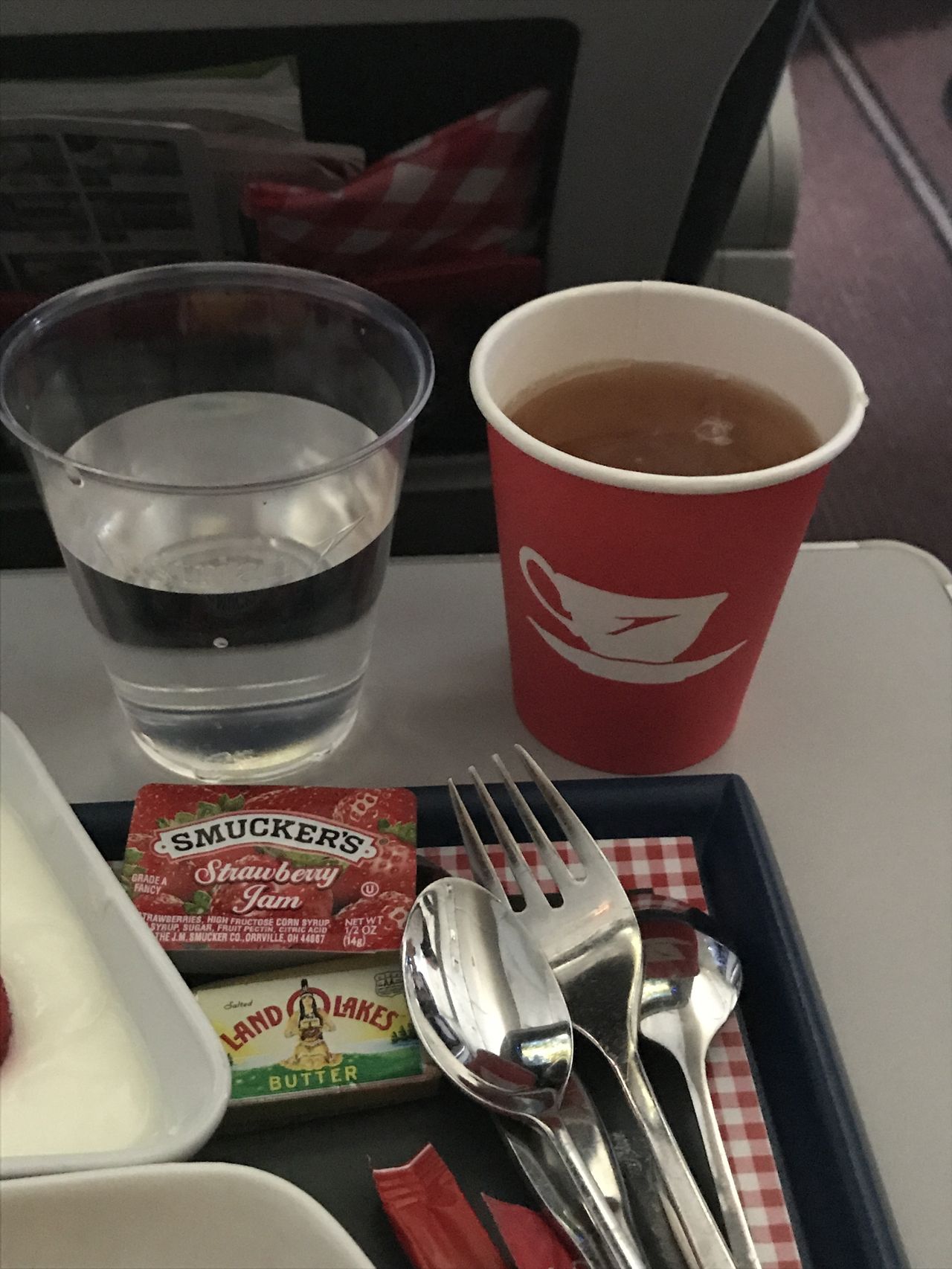 Descend into Vienna was very bumpy and we landed exactly on time.

Austrian's Pemium Economy is a great new product. The seat is very nice but the best thing is their great and friendly inflight service with very tasty Do & Co meals served on very nice porcelain. The only missing part is real glasses and cups throughout the whole flight like e.g. LOT Polish Airlines provides in their Premium Economy.