#25 out of 78 Airlines A minimum of 10 flight-reports within the past two years is required to appear in the rankings. 182 reviews

Today I am reviewing my first flight of this years summer trip to Finland and the Baltics. It is a Finnair flight AY1222 from Prague to Helsinki, operated by Latvian airline named GetJet. Finnair has leased their airplane (LY-FOX) for operating few of their flights during the summer season.

I was flying on this flight together with my girlfriend, so I'll be mostly writing in multiple.

We arrived at the airport a bit earlier, as our flight was scheduled to depart at 11:35 LOC, and as we expected the airport to be quite busy at this time of the year, when all the holiday makers fill all the airports around the europe. When we got to the airport, it was still half an hour before check-in was supposed to start, so we went to get some coffee and visit the toilet facilities of the airport. Unfortunately, due to reconstruction works at the airport, the closest toilets to our location were closed, so we had to walk a long way to the next one, that was unfortunately closed due to cleaning in progress. So we ended up going almost all the way to the other terminal to finaly get to where we needed. When we returned to the vicinity of check-in desks, the check-in was just about to start, so we stood in the queue among the first passengers. 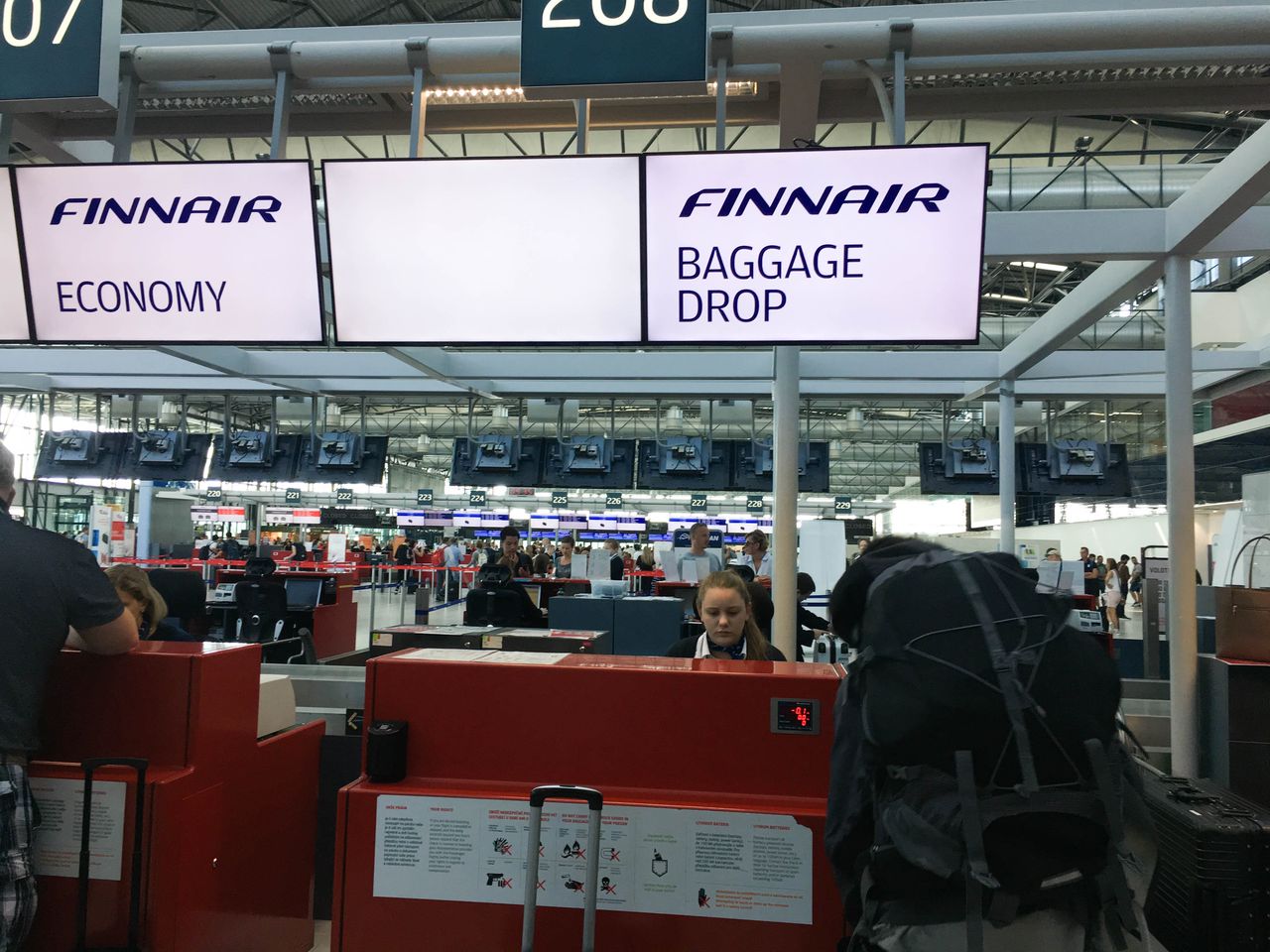 The check-in agent was nice, everything went smoothly, and we even got our boarding passes printed out, even though we checked in already on the carriers website. After everything was done and our bags were leaving on the baggage belt, we went to pass trough the new security checkpoint that has been recently opened at Prague. On the way, we passed around new, open toilets that werent marked anywhere.

Upon arriving at the security checkpoint, we passed trough the automated gates and went on our journey trough a really long queuing system, and finaly got to the new security check system. Except few checkpoint, most of the new ones are similiar style as you can see for example at OSL, that means they are more automated and sort the baggage as clear or needed for futher inspection. Our belongings passed fine, so I can't comment on the procedure of if your bag needs further inspection. Upon passing the inspection, we noticed some strange "changing cabins" (no idea what are they used for), and proceeded to our gate D4.

The gate, being it still quite early, was still mostly empty, unfortunately I don't have any pictures from there. One small disadvantages of the D gates is the fact you can't see your airplane from the gate, as the jetways are shifted one stand to the south. 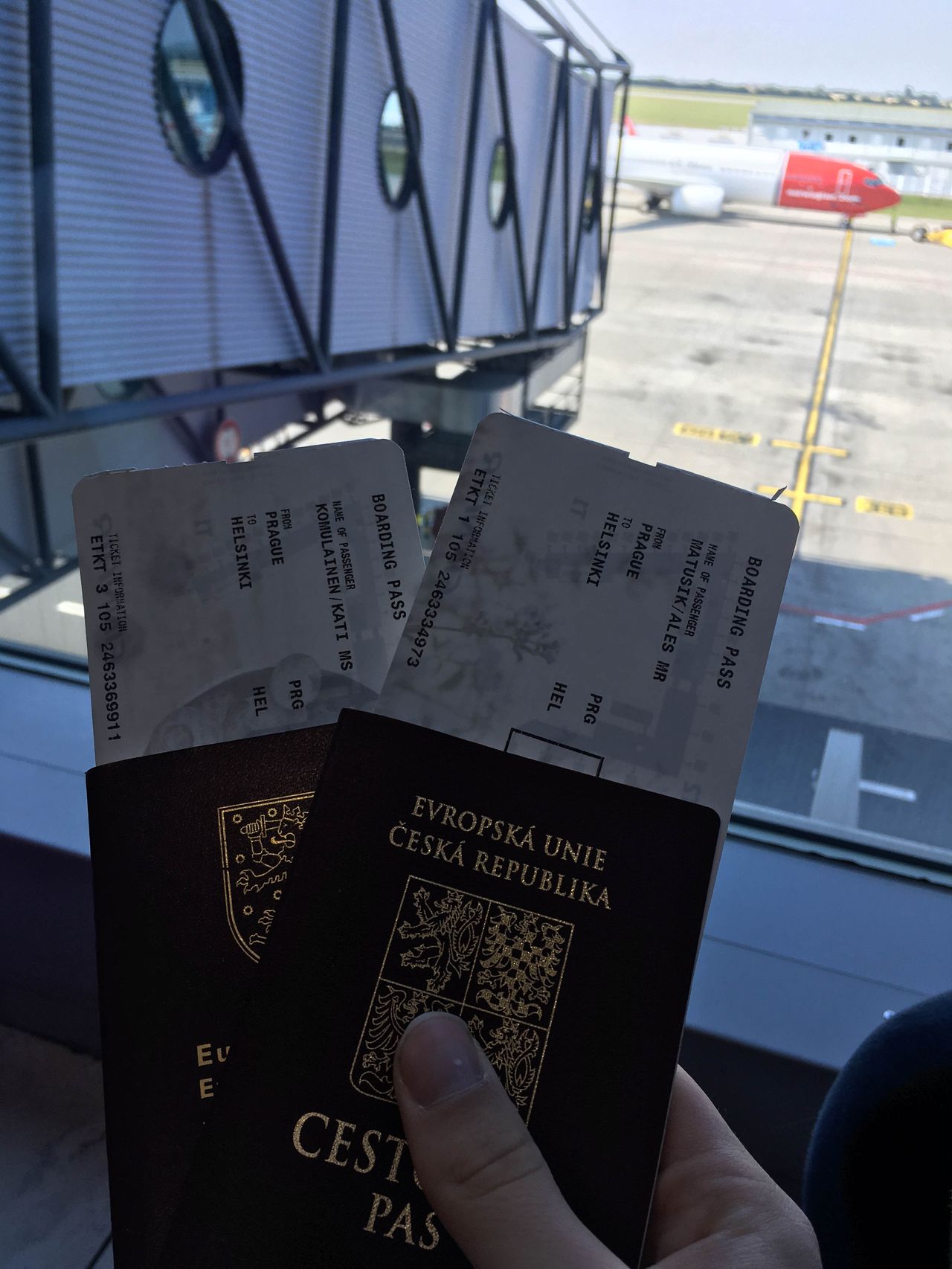 Boarding passes and look from the gate

After long time waiting, we were already past our scheduled boarding time, but no official delay info from the airport personell came. after 10 minutes, the boarding finaly started, and we proceeded to the queue, and followingly to board the aircraft. As usual, we got greeted by a bit older, but pleasant Finnair crew. My seat was number 20F, so it was quite long walk down the aisle to finaly reach my seat, where I got greeted by a seatpocket full of company materials, and two safetycards. The legroom was also quite big enough for me, and also for my girlfriend sitting on 20E. 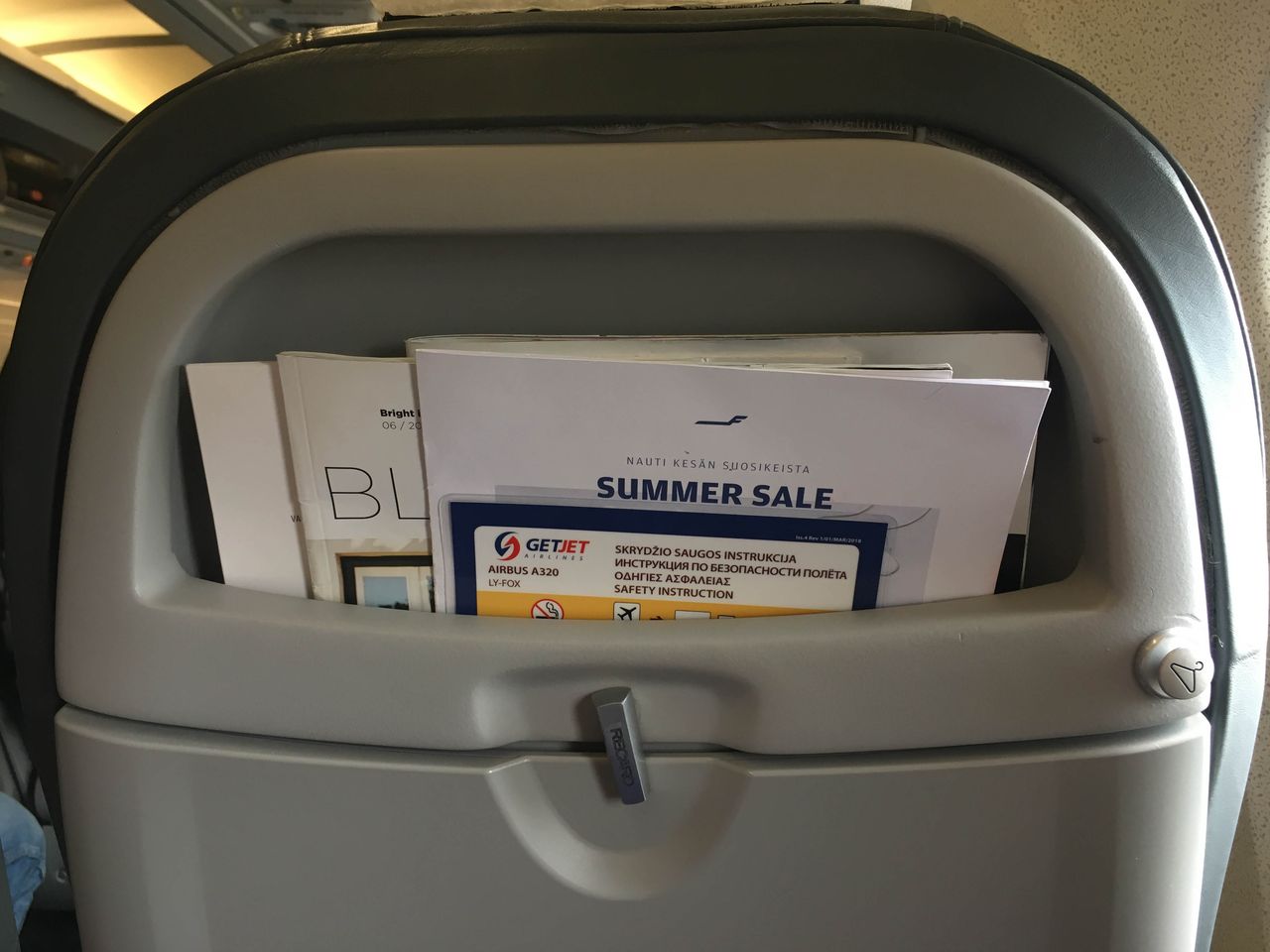 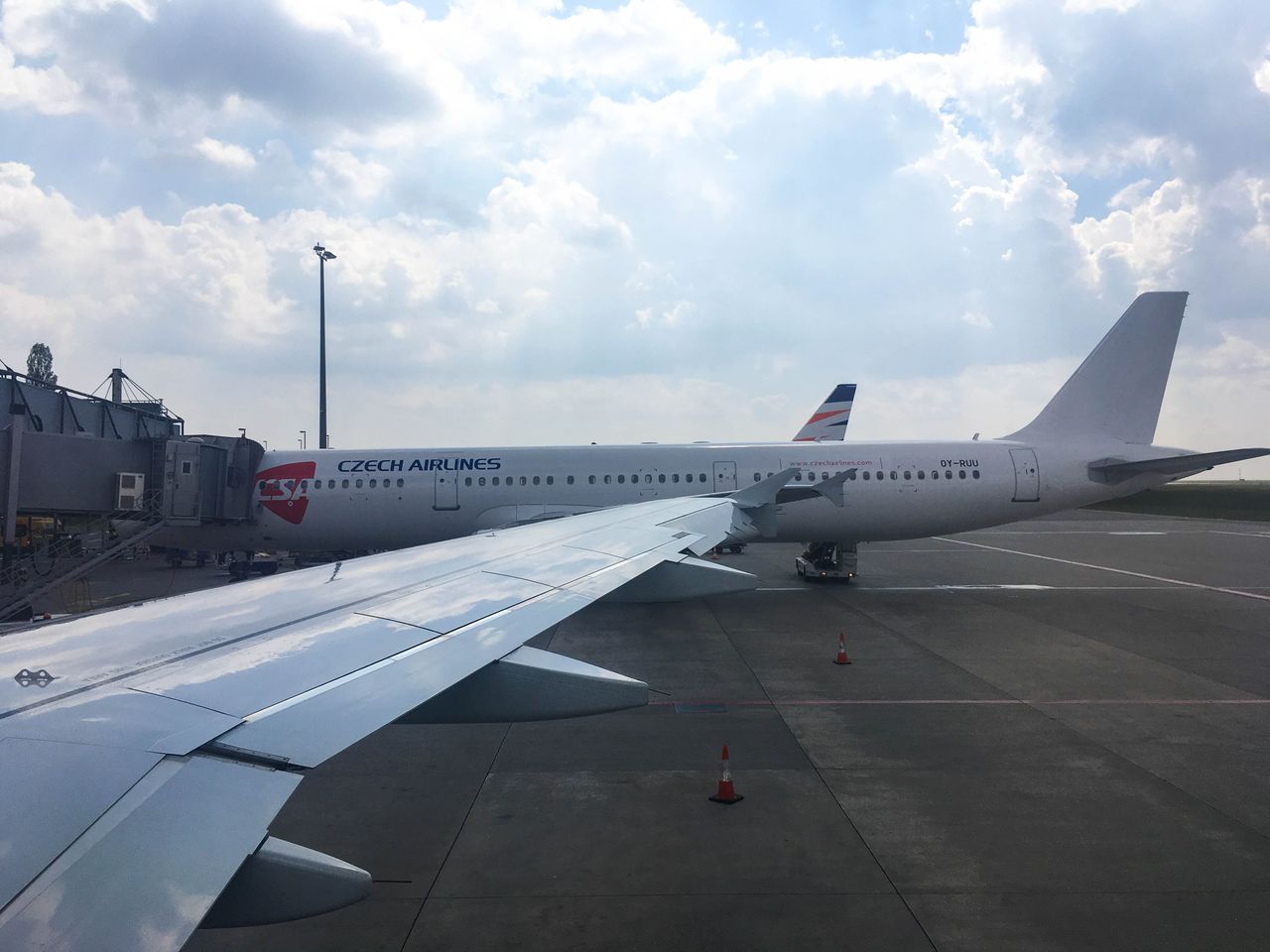 Noticing my colleagues with the baggage ULD's and trolleys, I already smelled a delay, that unfortunately came, and as we missed our slot time, we had to wait for 1 hour in the airplane on the stand. Meanwhile we were offered finnish newspapers (Iltasanomat) for the price of 3€. 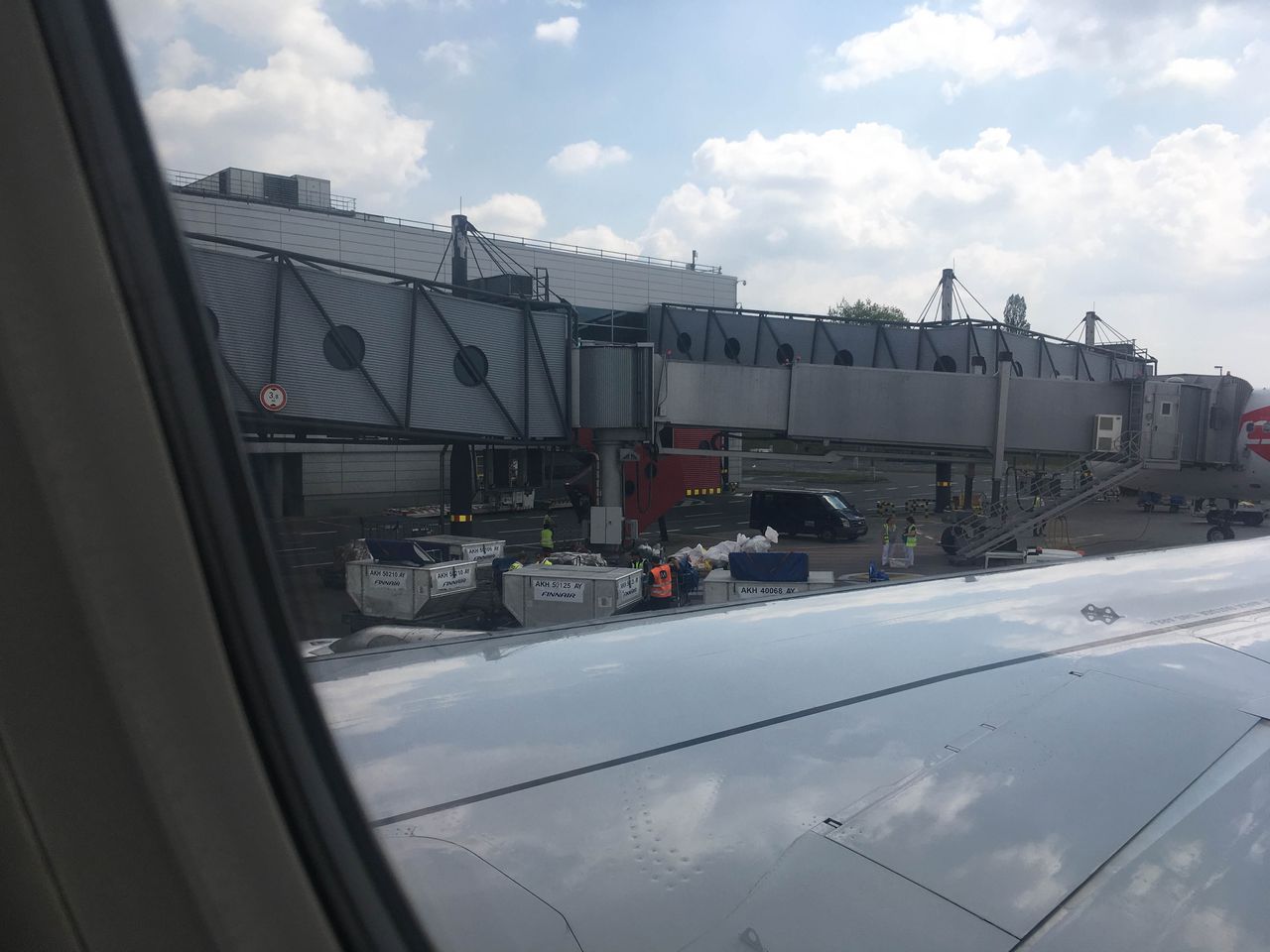 After an hour of waiting, we finally started moving, and the cabin crew started the safety demo. Unfortunately, the aircraft isn't equipped with IFE screens, so the safety demo had to be done manually, but somehow there wasn't enough flight attendants to cover the whole cabin, so we were mainly instructed to observe our safetycards, and the demo was carried out only for the front of the economy cabin (and business cabin too). 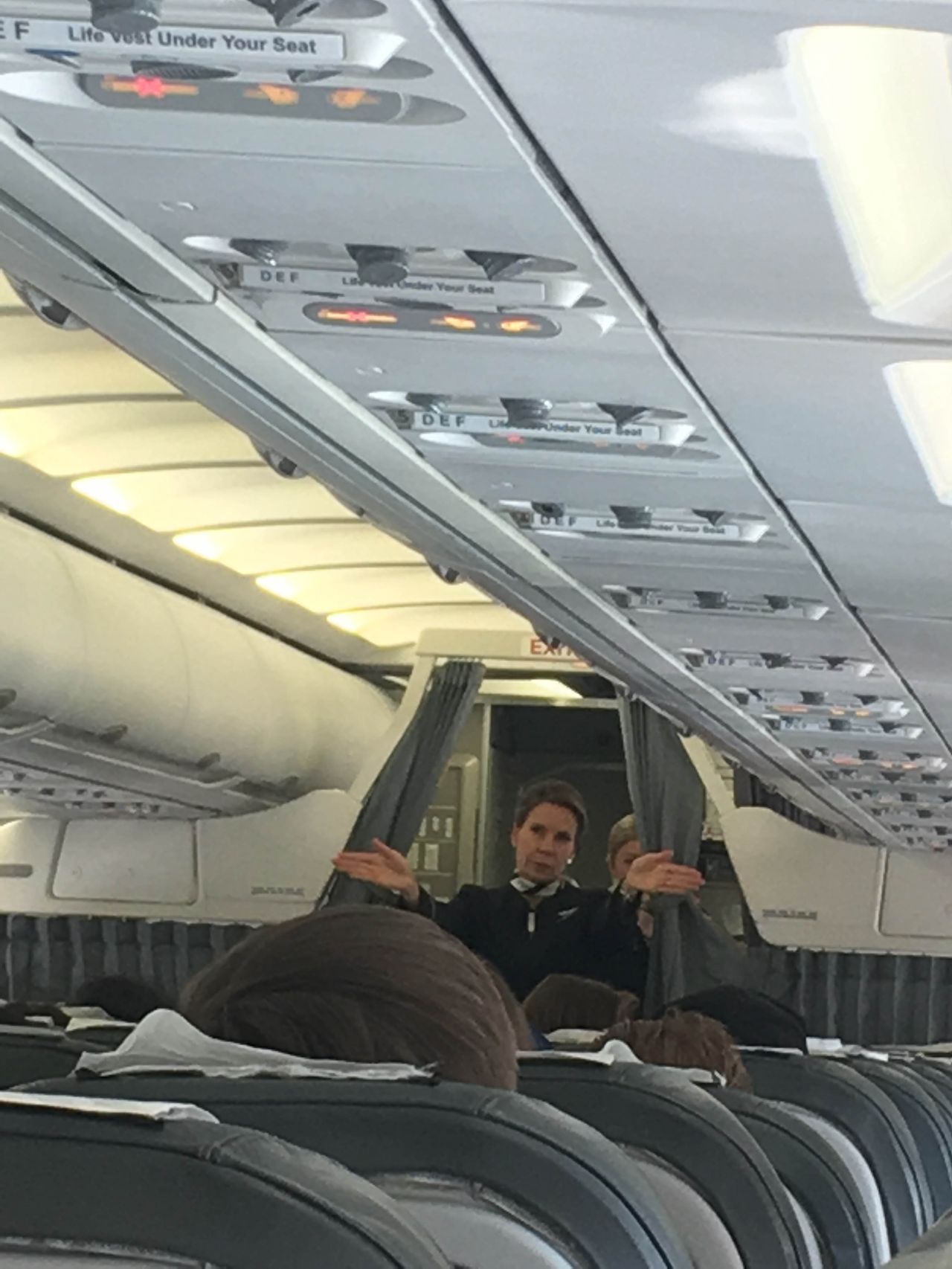 The taxi was quite long, especially following ALK MD-82 leased to Travel Service, and during almost a rush hour traffic at the airport. The weather was also quite windy. Without much of a delay, we lined up on the runway, and took off towards Helsinki. The weather was quite turbulent, but when we reached higher altitudes, the flight was smooth untill the end.

After the captain has turned off the fasten seatbelts sign, few people, including me, got up to visit the toilet. After the queue went, and I got my turn, I was greeted by a standard A320 toilet, which was quite clean. 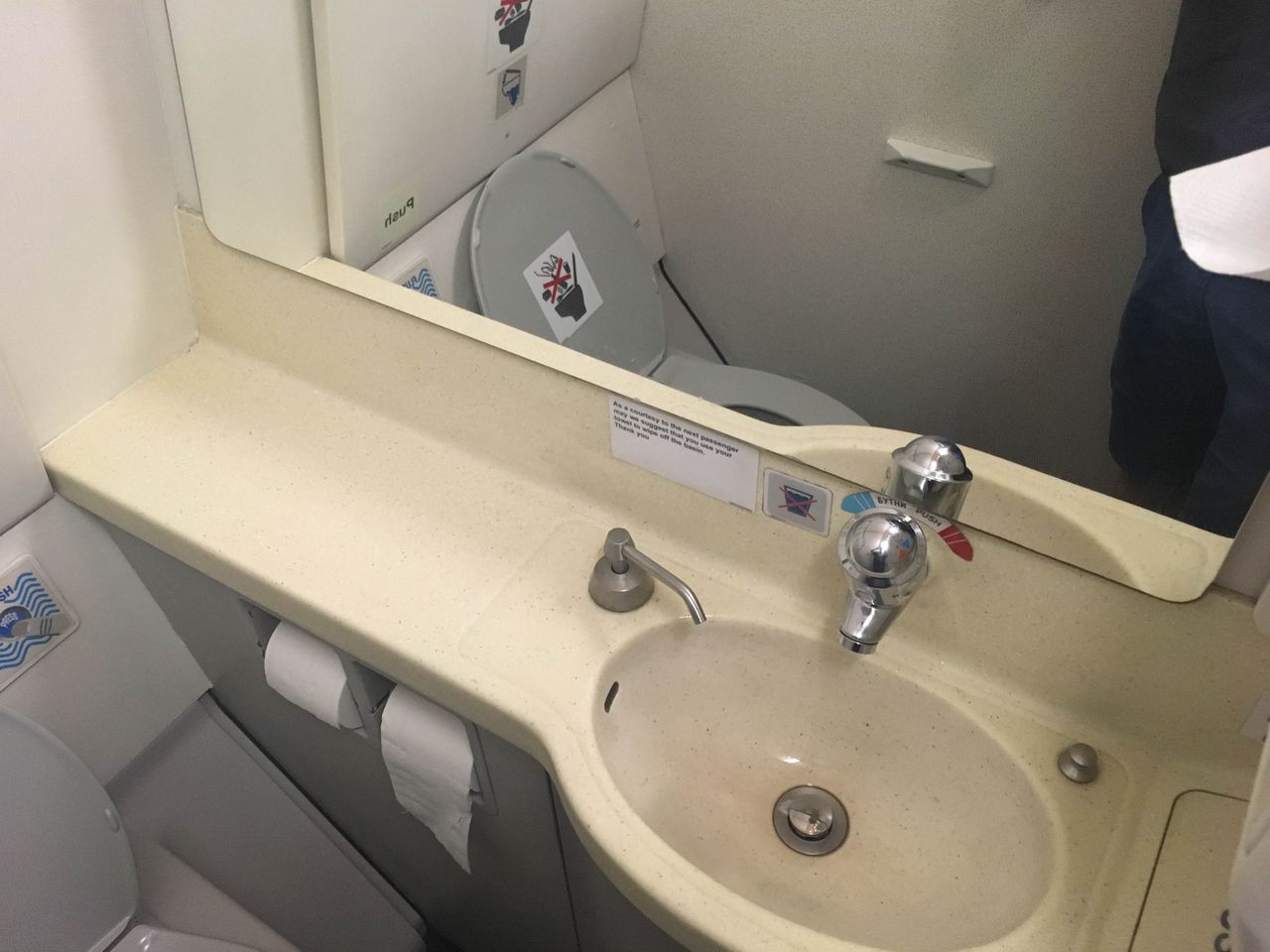 Toilet in the aft galley of the A320

Few minutes after I returned to my seat, the cabin service started. Unfortunately, By our bad luck and bad choice of seats, we were served among the last people on board, when all the in-flight meals (breads and wraps, not sweets etc.) were already gone. As my girlfriend was really hungry, I got her at least a chineese noodle soup, which once was brought, the airplane already stared descending. Of course, we at least recieved our complimentary drinks, which of course had to be the Finnairs signature drink - the blueberry juice (highly recomended, unlike Lufthansas tomato juice.). 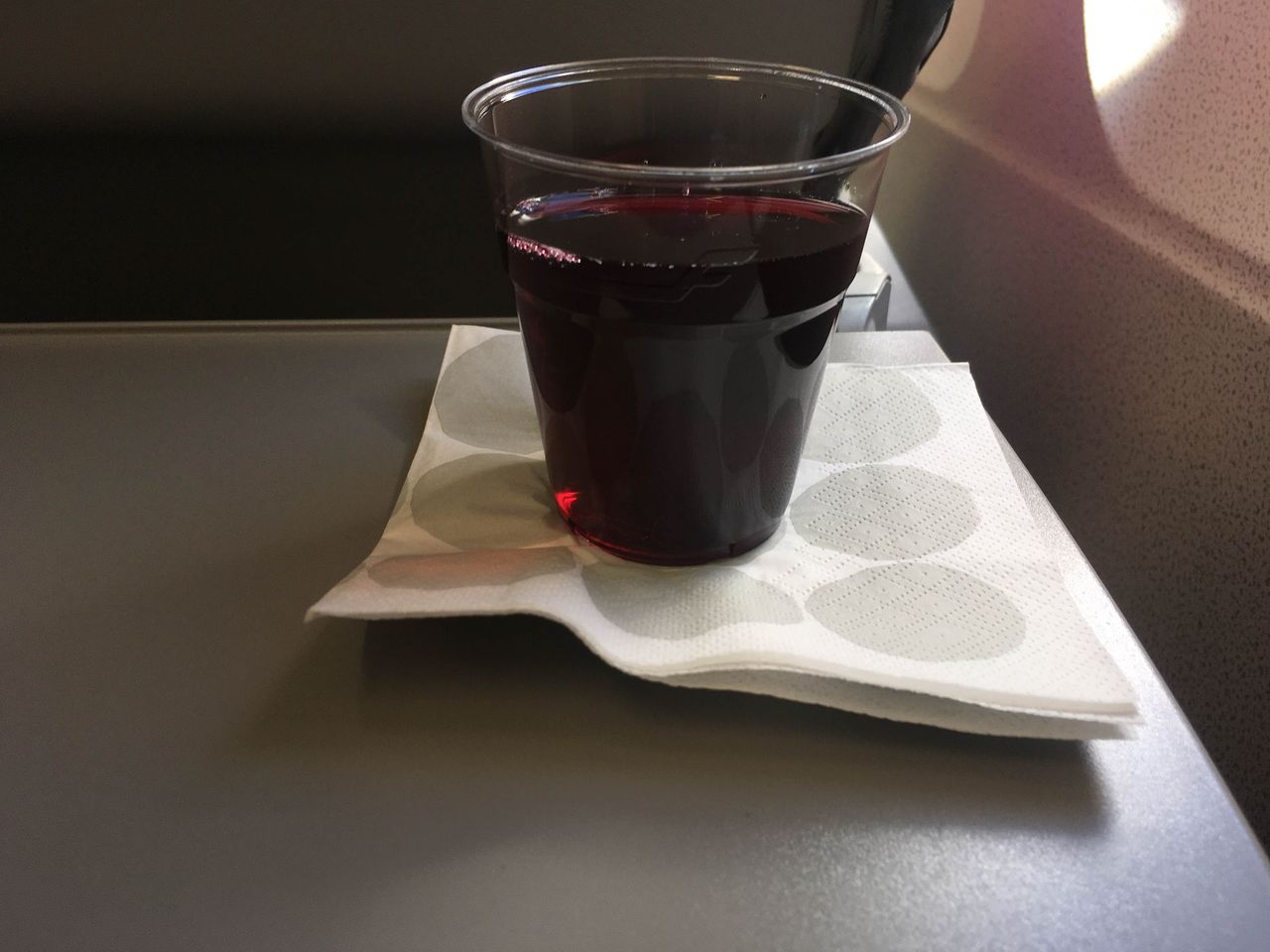 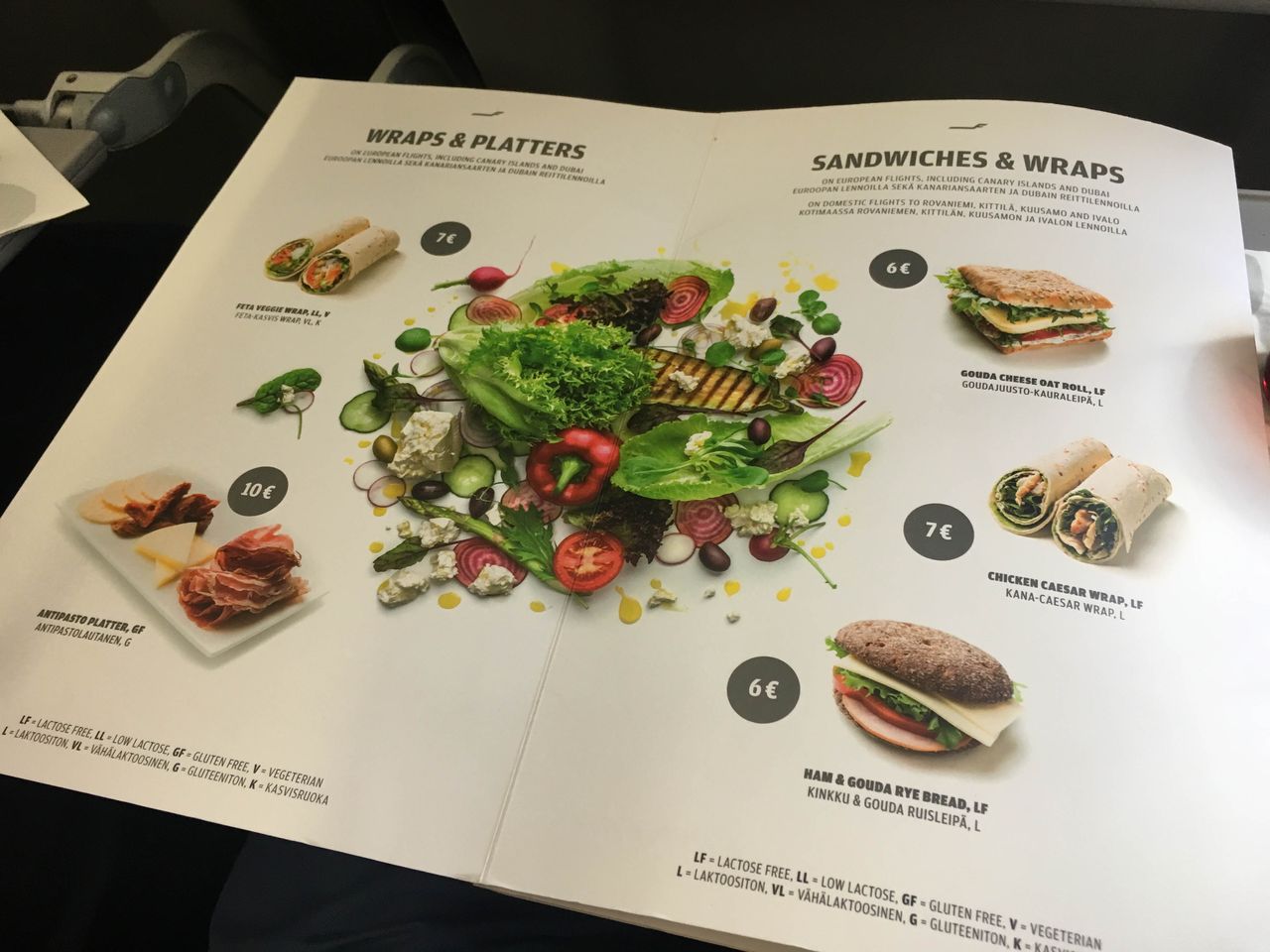 the inflight menu, unfortunately no choice availible to our row

While descending, the crew went few more times trough the cabin, collecting the trash and checking if everyone has their seatbelts on etc. Unfortunately, the crew didn't recieve any information about connecting flights, so I could be only glad I wasn't connecting anywhere, especialy any tight connections. 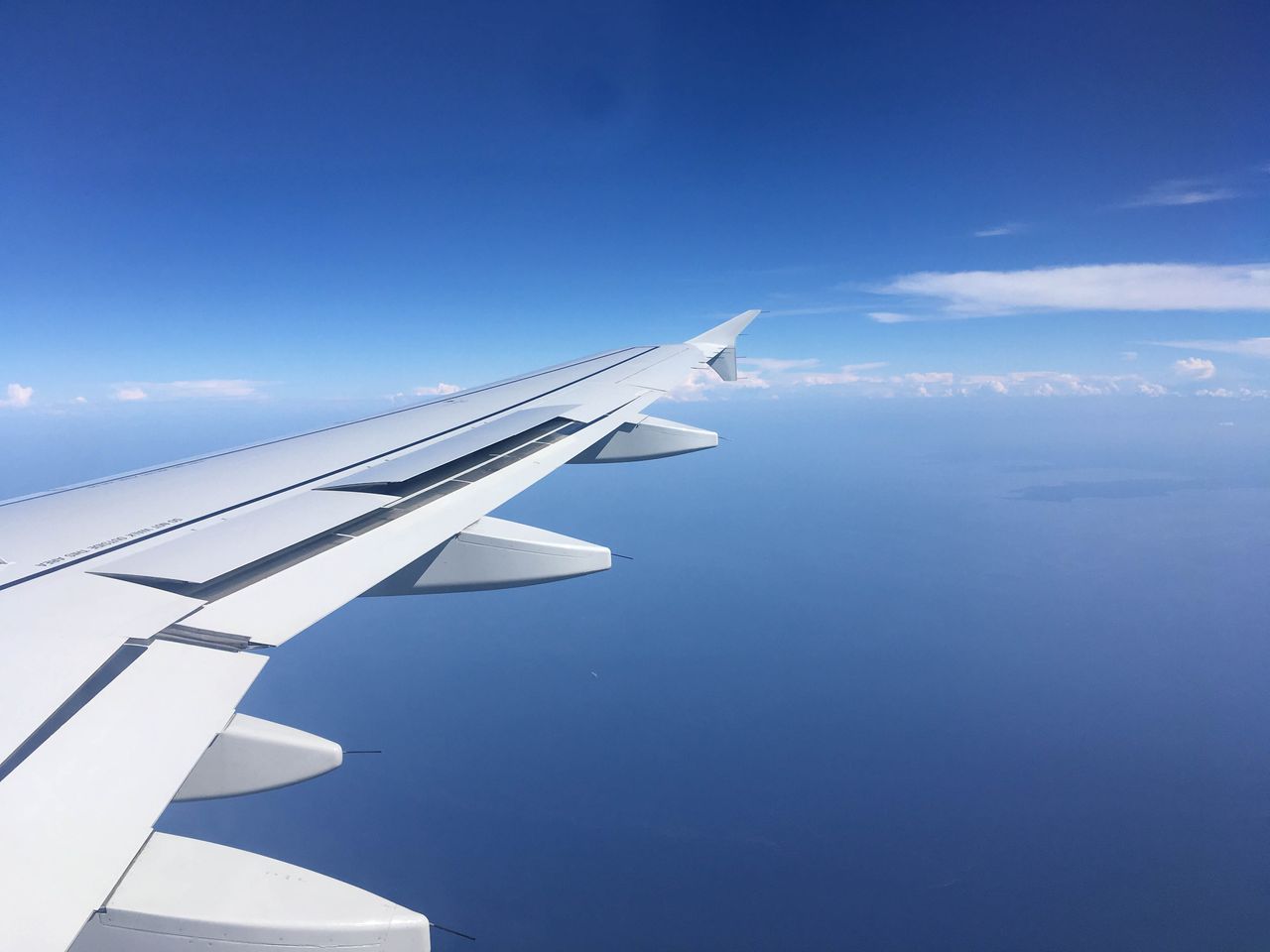 Descending to HEL over the gulf of finland

The landing was quite smooth, when landed the crew apologised for the delay once again, and we took quite long trip to a remote stand, which took as around the newely under construction terminal expansion at HEL.

Few more minutes of waiting, and we finaly deboarded the airplane to a bus, which took us on a round trip around the airport, and then to the arrivals hall 2A. The newer busses at HEL are equipped with free WiFi and a moving map. 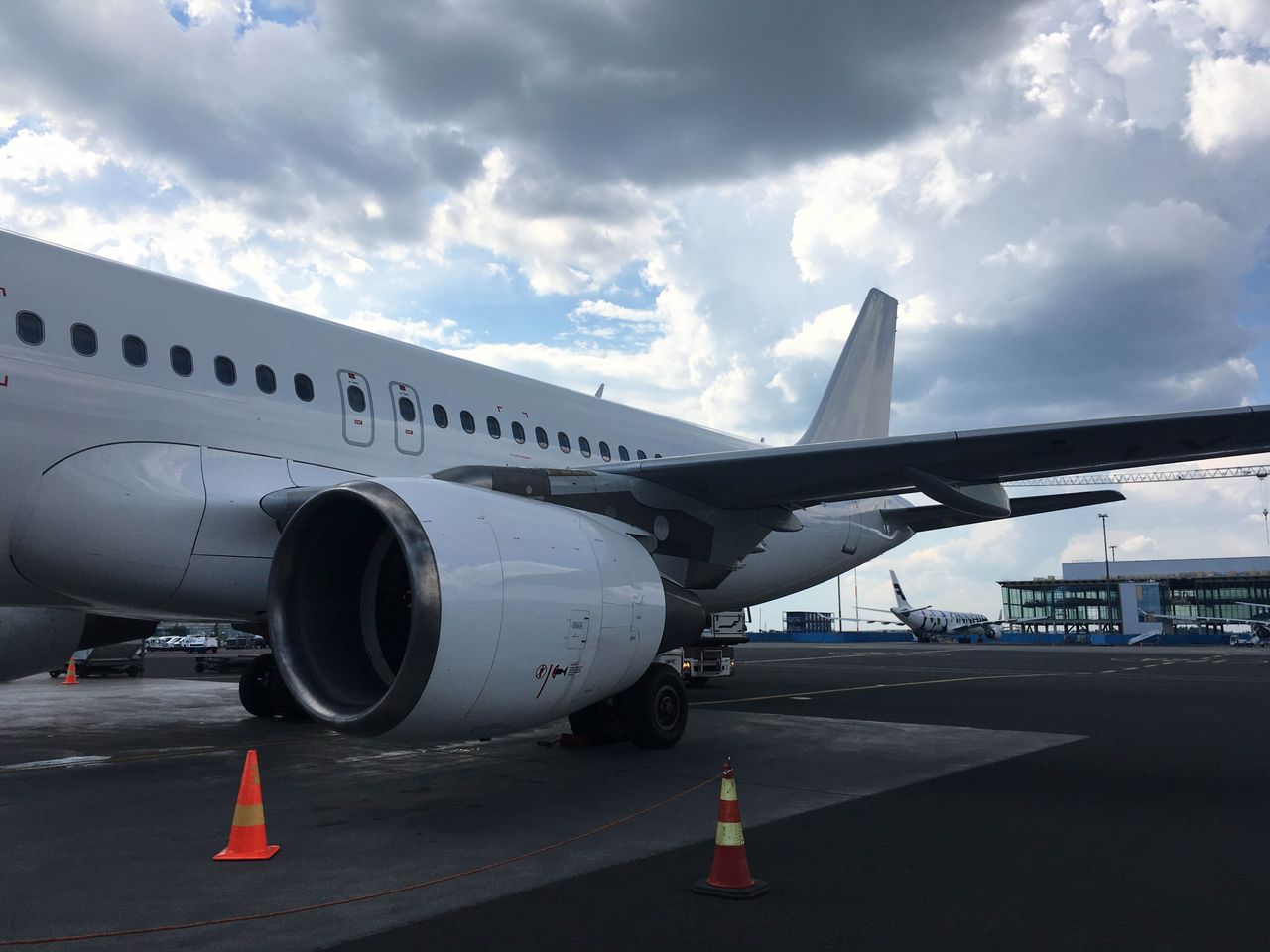 peek at our aircraft after deboarding 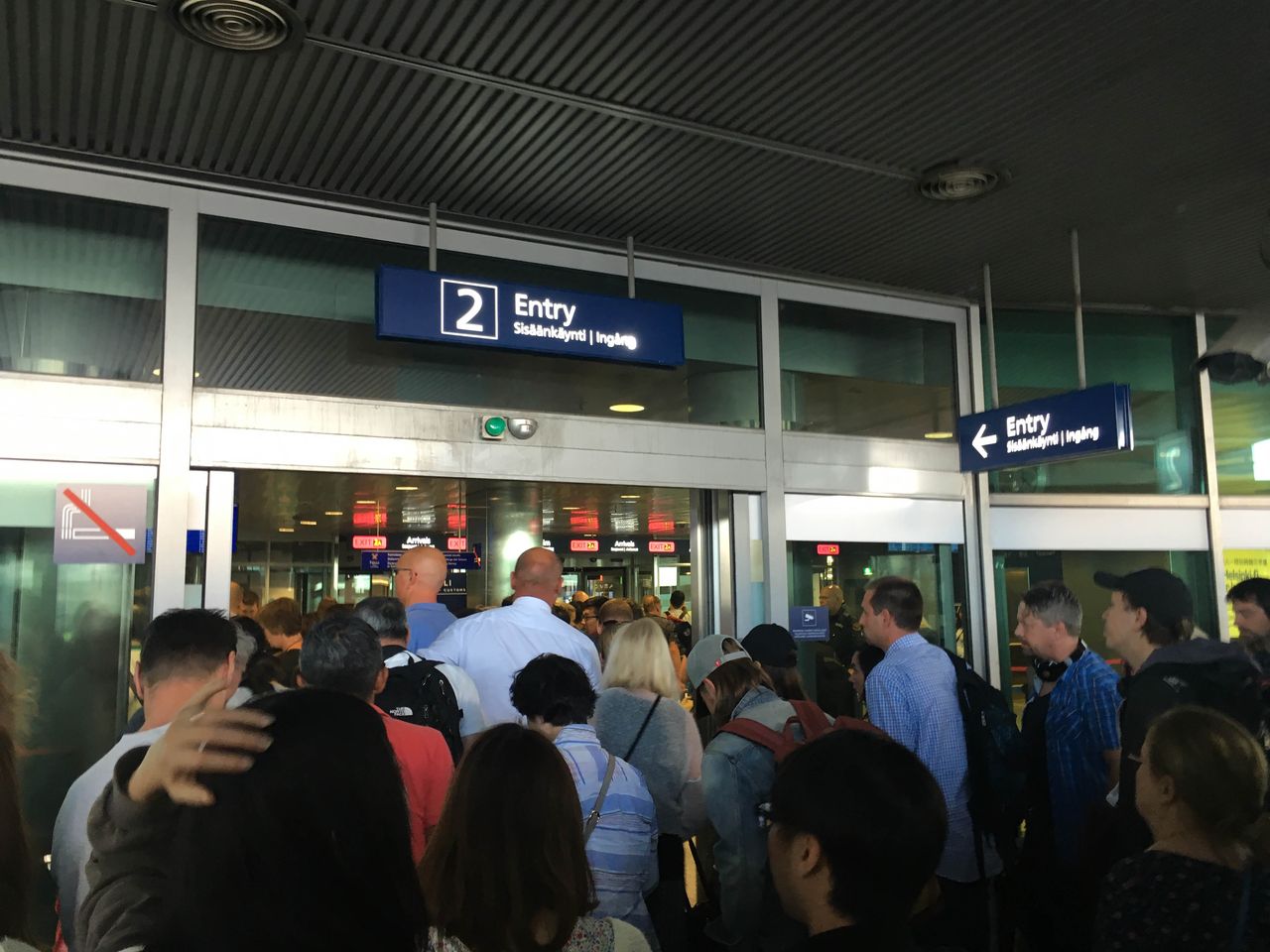 the entrance to arrivals hall 2A 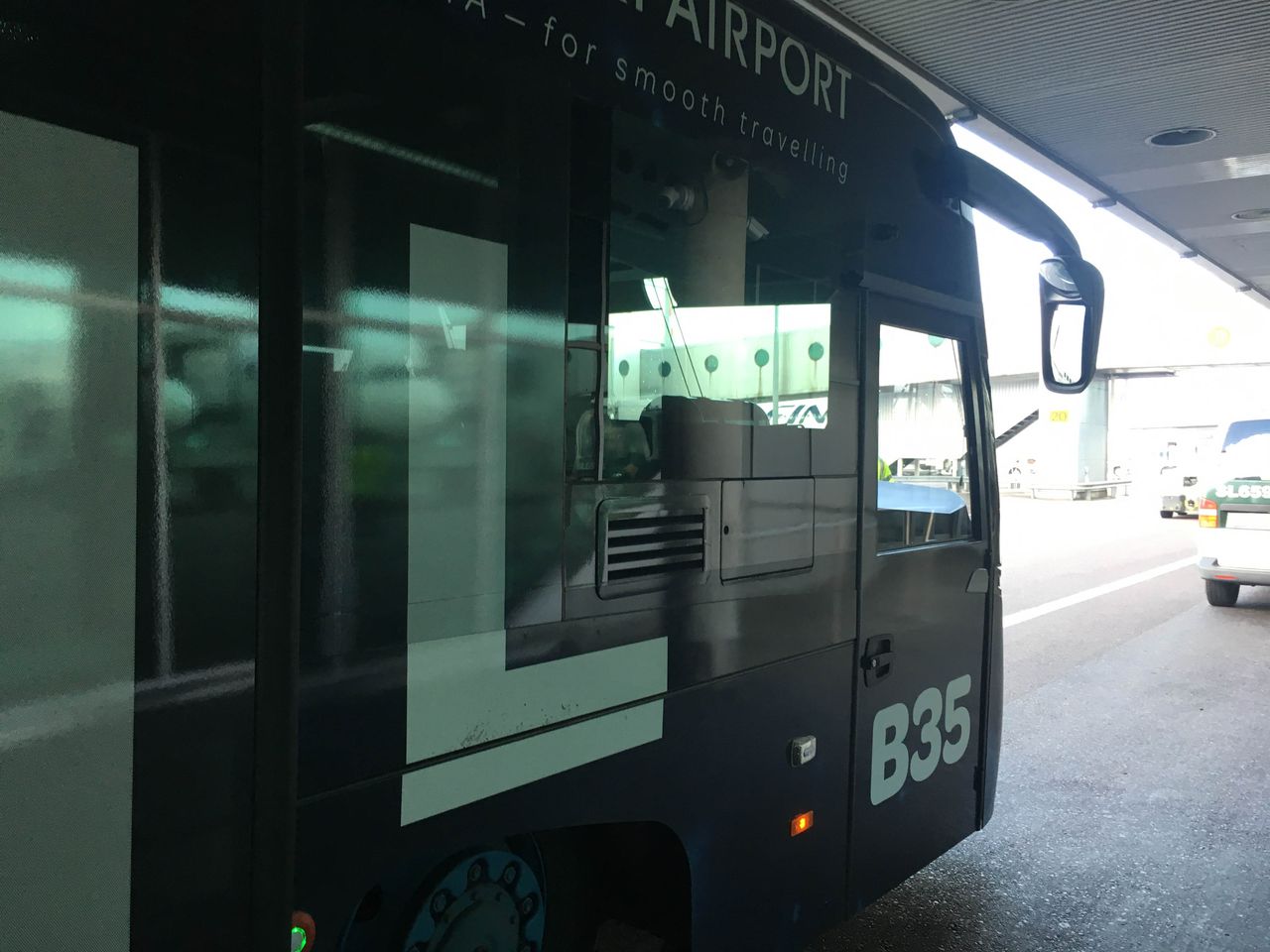 the bus that took us from the airplane

Upon reaching the arrivals hall, we were greeted by few border control officers checking our travel documents, because of the Trump-Putin meeting at the begining of next week. The control went smoothly and then we waited for our bags. after cca 20 minutes of waiting we met again with our bags, and that is where our first adventure ends… 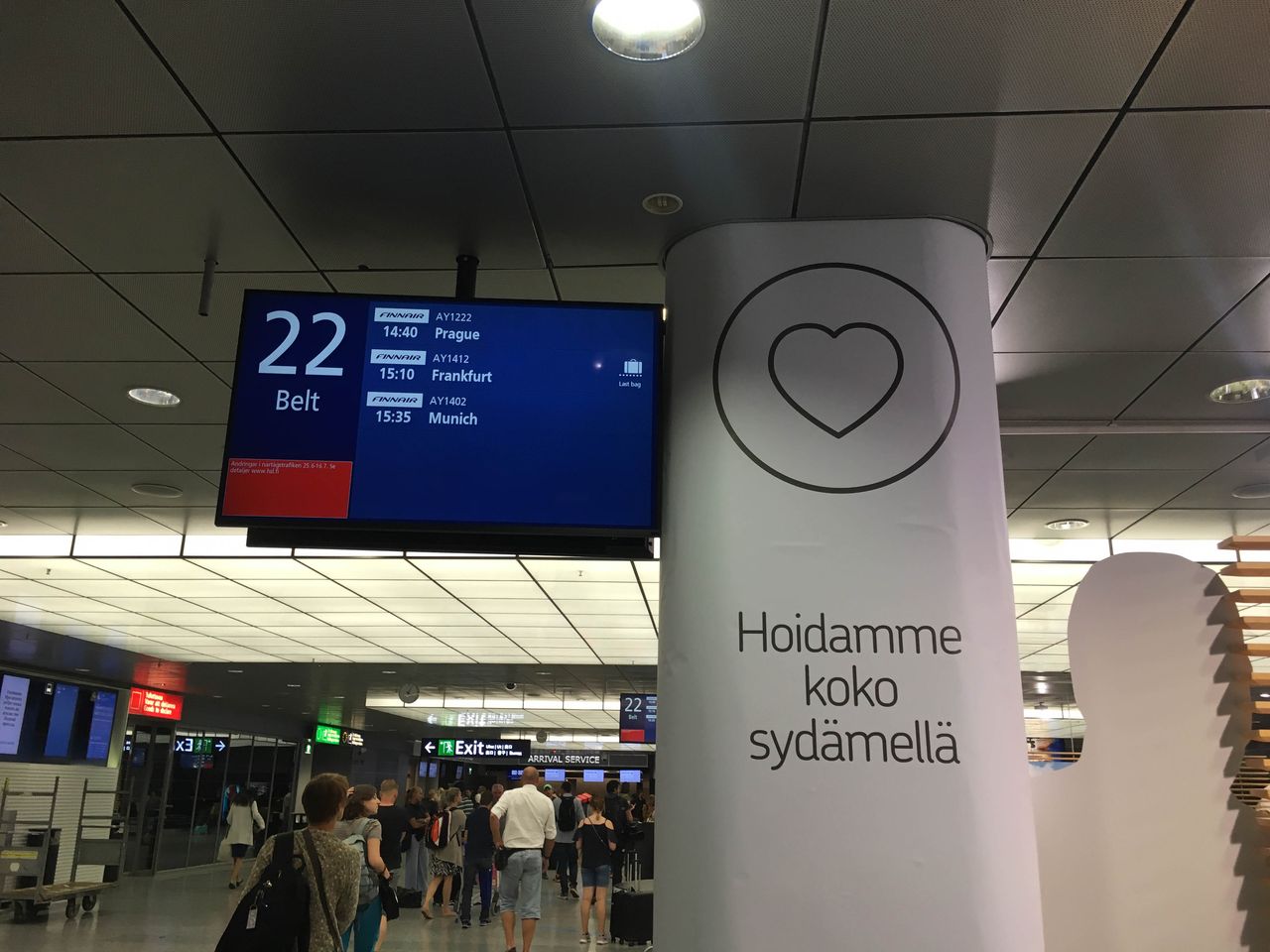 waiting for the bags to arrive

Thank you very much for reading my first review here, I hope you liked it, and see you soon with another flight review here.
See more

1 hour delay caused by ground personell at Prague and few mishaps during the flight, which of the biggets one was the (non)availibility of food for sale. Otherwise the flight was quite comfortable and nice.

He wrote 2 reviews about 2 airlines and 4 airports.