By bldavid GOLD 840
Published on 25th August 2018
Iceland is a medium sized country (103,000 km2, similar to Portugal or the US state of Kentucky), but the population is only about 350,000 people. Two third of this already low population live in and around Reykjavík, so you have almost 100,000 km2 in the countryside with only about 100,000 people, which makes a population density of about one person per square kilometre – around a 100 times less than the European average.

Reykjavík is located in the south-west corner of Iceland. The largest town outside of the countryside, Akureyri (population 18,000) is 380 kms by road. It takes about five hours to drive there - the road is very good - but flight time is only about 35 minutes, so it’s much faster. Egilsstadir, the largest town in the East, is about 8 hours drive or a 50 minutes flight. Ísafjördur in the Westfjords is also a very long drive along winding and sometimes unpaved roads but only about 40 minutes by plane. The domestic airport is also used for flights to Greenland.

If you’re connecting between Keflavík International Airport and Reykjavík Domestic Airport leave at least 3,5 to 4 hours between your flights.

Domestic flights are not cheap in Iceland. The typical price between Reykjavík and Akureyri is 100 € each way but is sometimes only 70 €. The public bus costs 80 € each way.
Reykjavík Domestic Airport is very close to downtown, so close that you can almost walk there. Driving takes only around five minutes, and parking is for free. Landing aircraft overfly downtown Reykjavík at a very low altitude depending on the runway in use.

There have been talks to close this airport and either to build a new one outside of the city centre or to move all traffic to Keflavík International Airport, located 50 kms to south-west. Those who are against the airport say noise pollution is too much and a large area that could be built up would be available. Those who want the airport to stay say the current location is very convenient for those who live in the countryside and need to travel to Reykjavík, and also that the proximity of Iceland’s largest hospital to the airport can save lives.

My flight was scheduled to leave at 12.50 so I got to the airport at 12.15. The airport looks almost like a bus station: 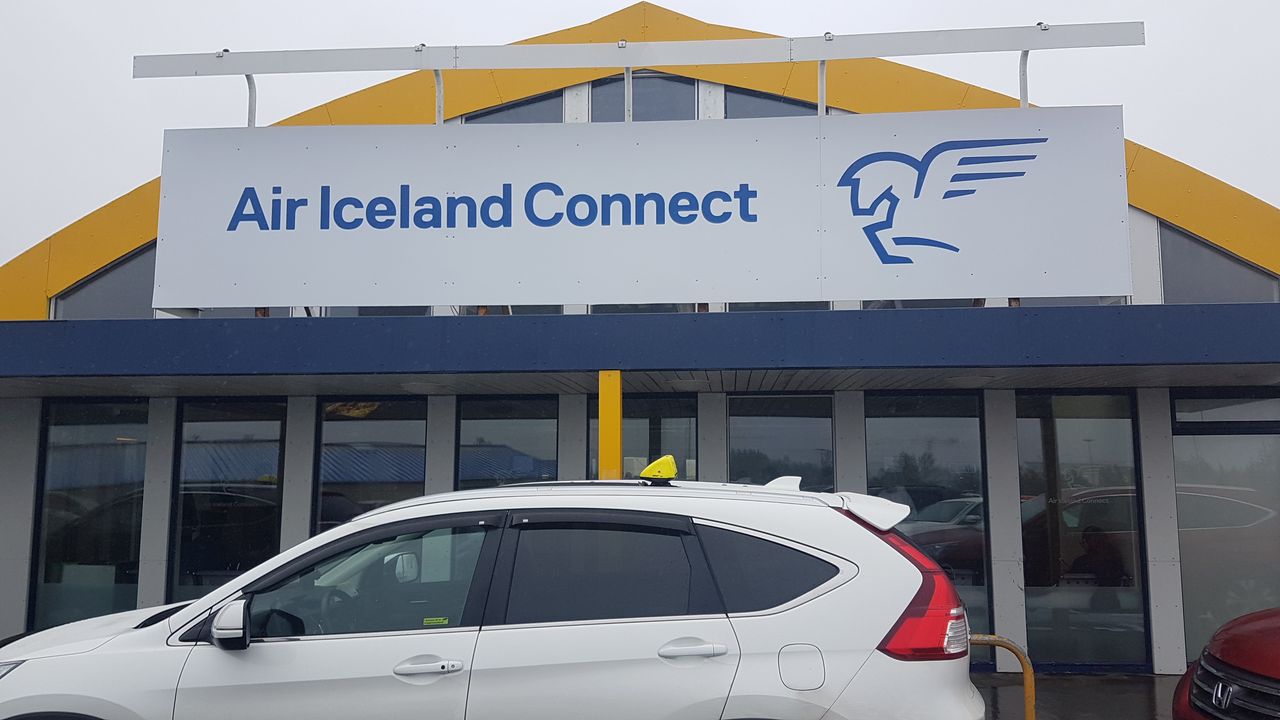 The main area has a few check-in desks and a gorgeous model plane. 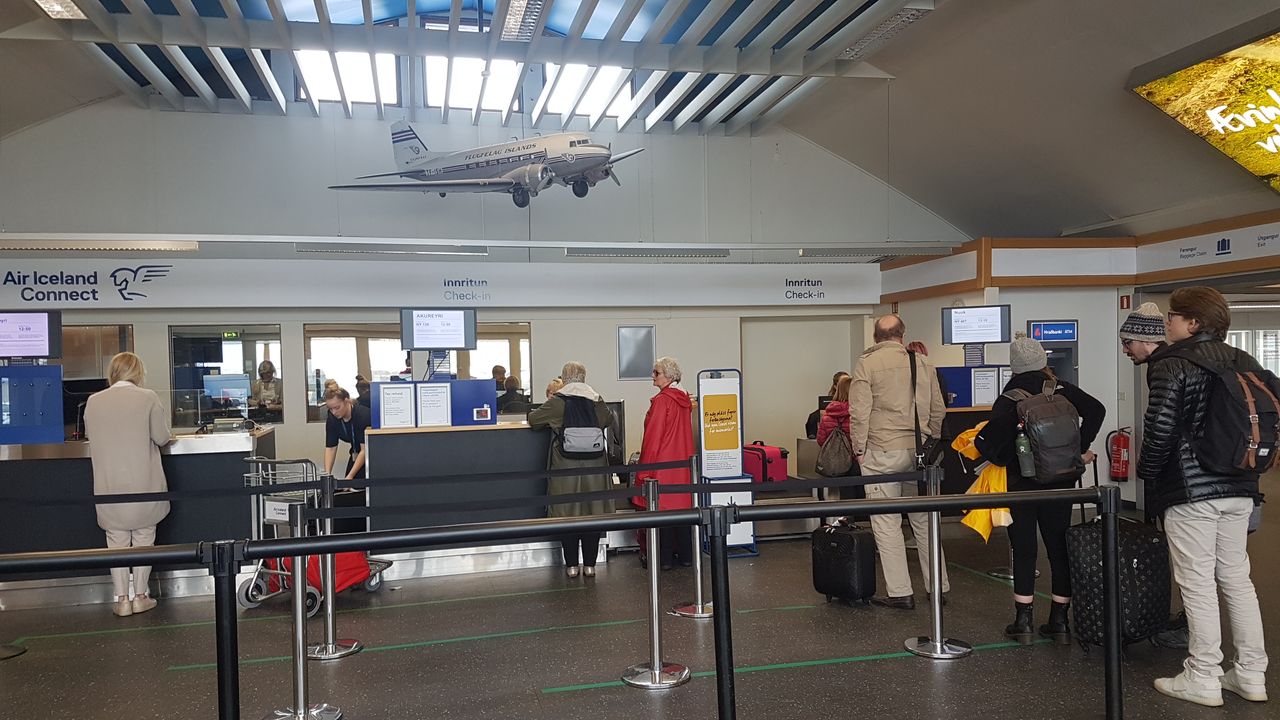 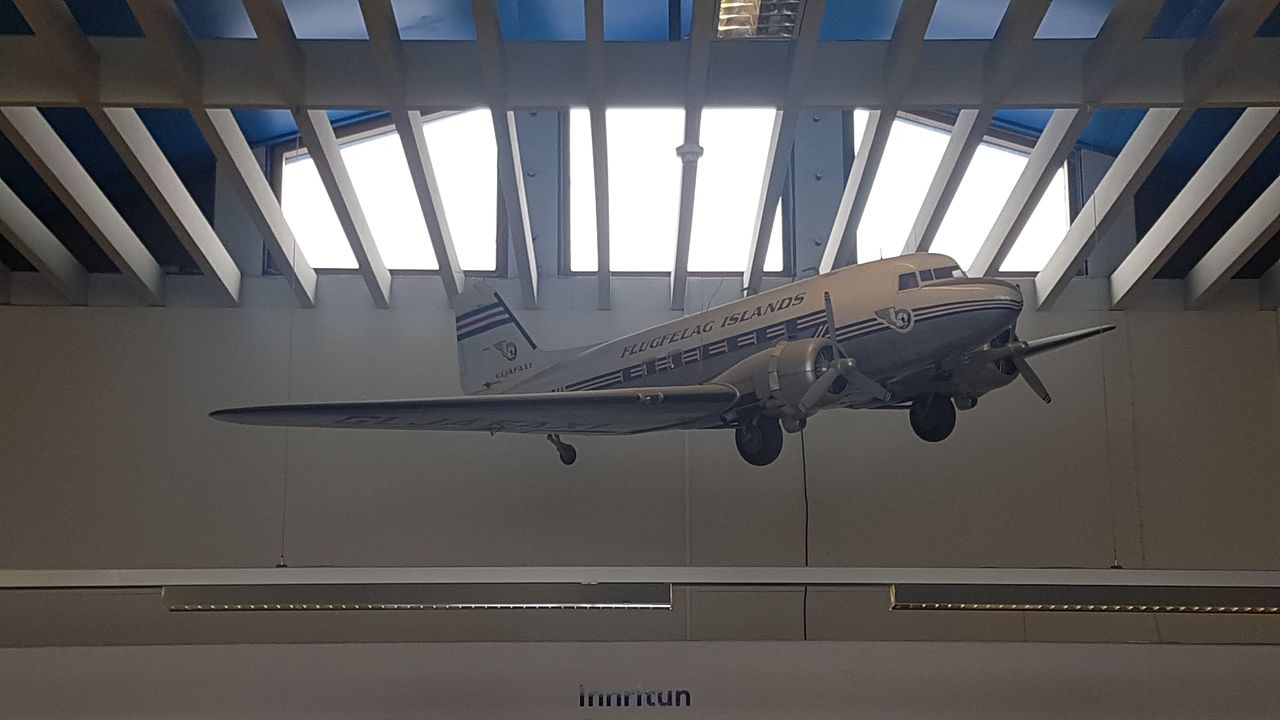 Football is everywhere. You can see here that there are only a few flights a day. 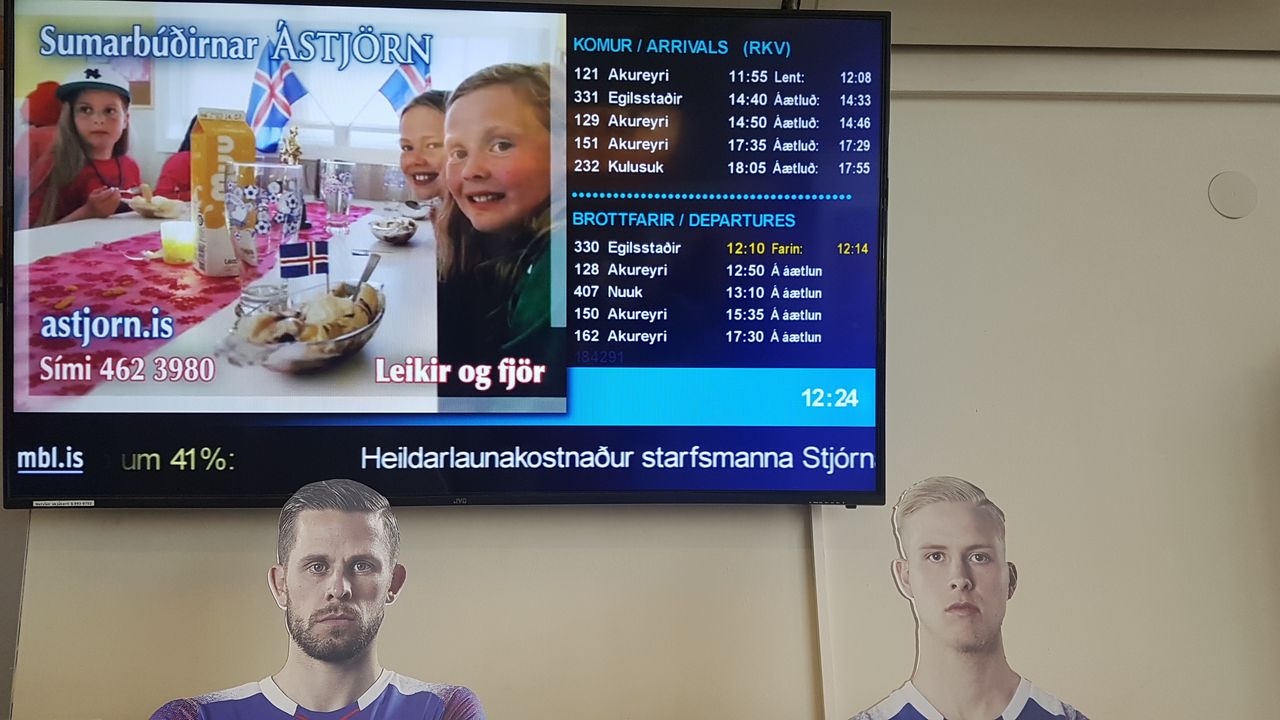 The arrival area, right next to departures, has a small café 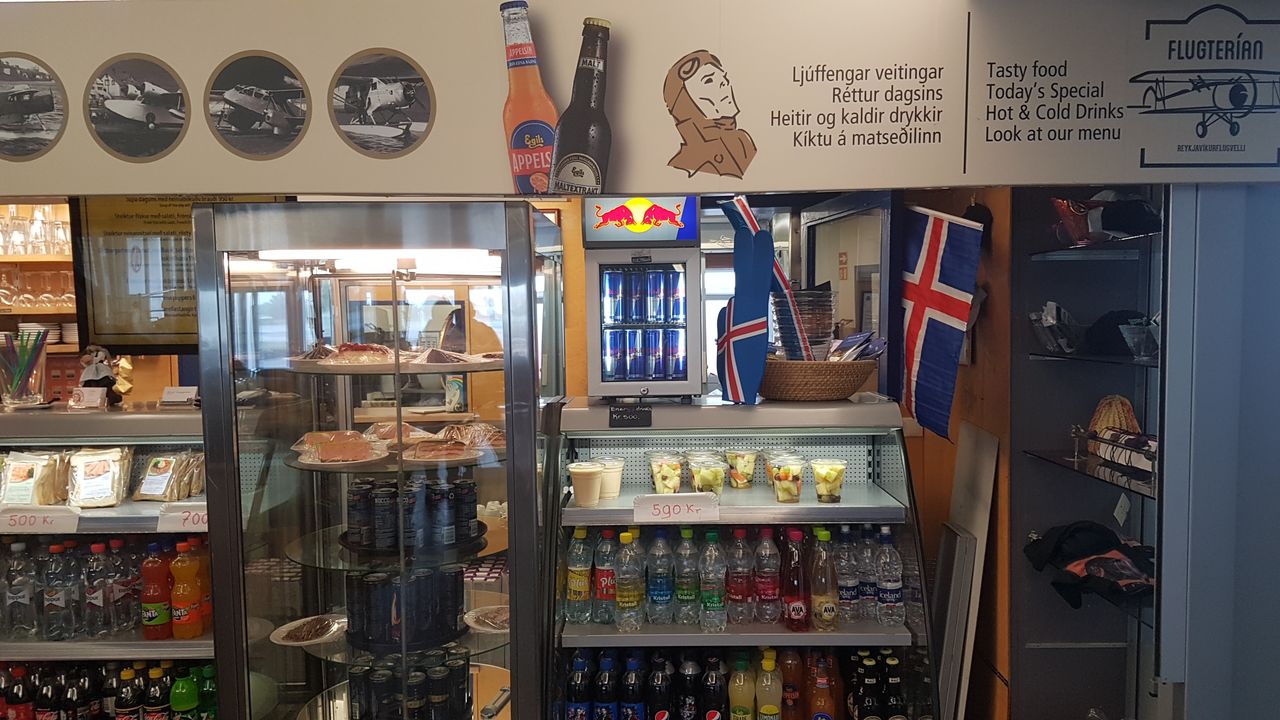 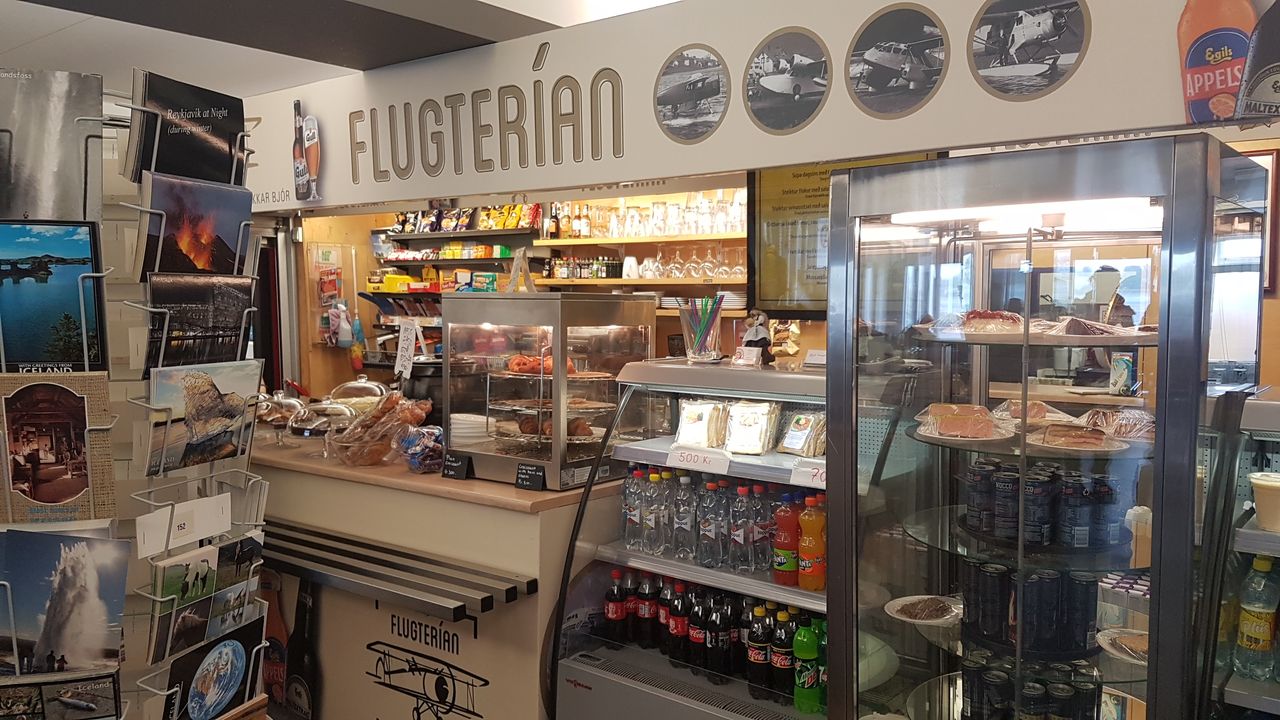 Check-In often opens only about 30 minutes before flight departure. Most passengers check-in anyway on-line and only a few of them have checked-in luggage. 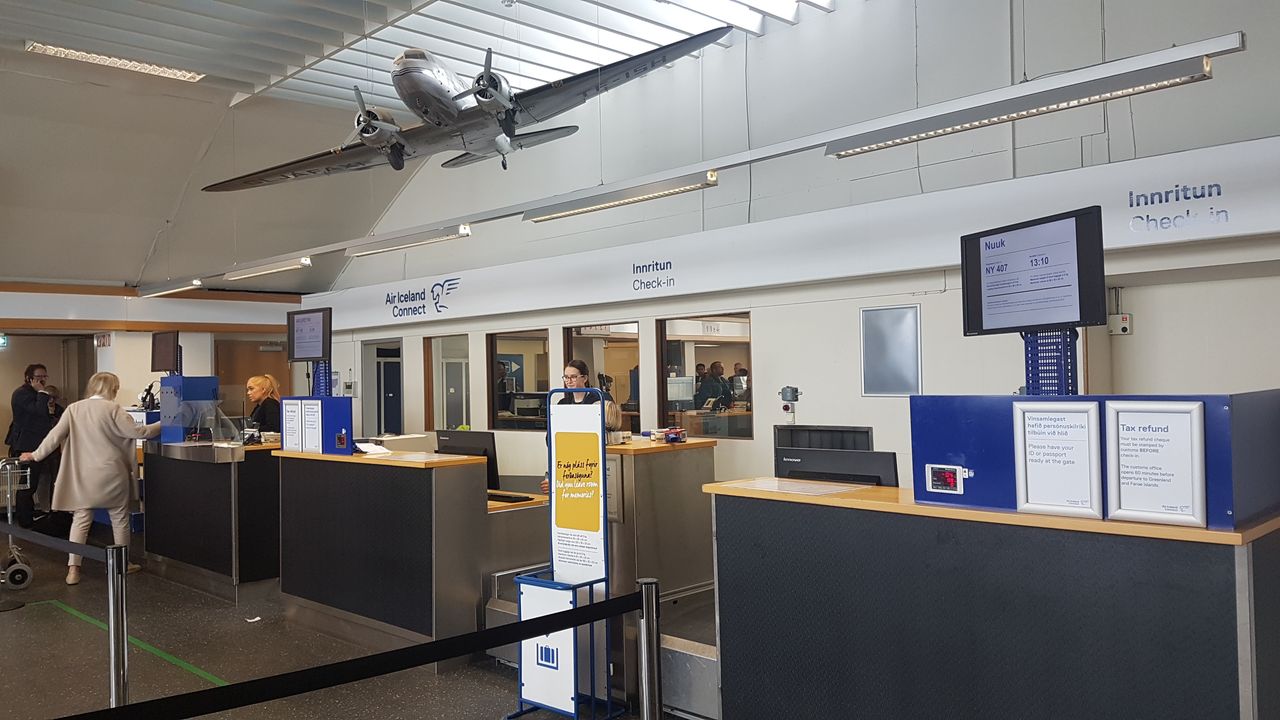 Boarding started at 12.49 for a scheduled time of departure of 12.50. There’s a short walk to the aircraft. 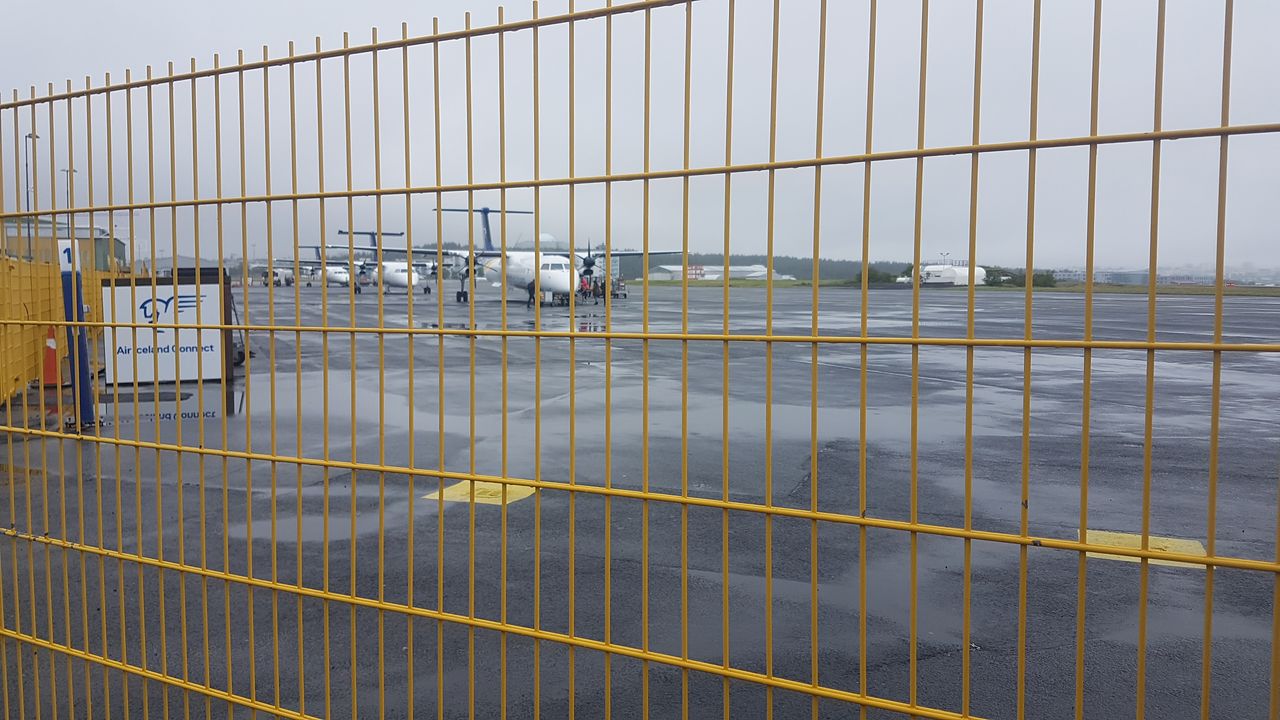 The aircraft for this flight was TF-FXB, named Hallgerdur, delivered to SAS in 2001, sold to Air Niguini in 2013 and acquired by Air Iceland in 2016. 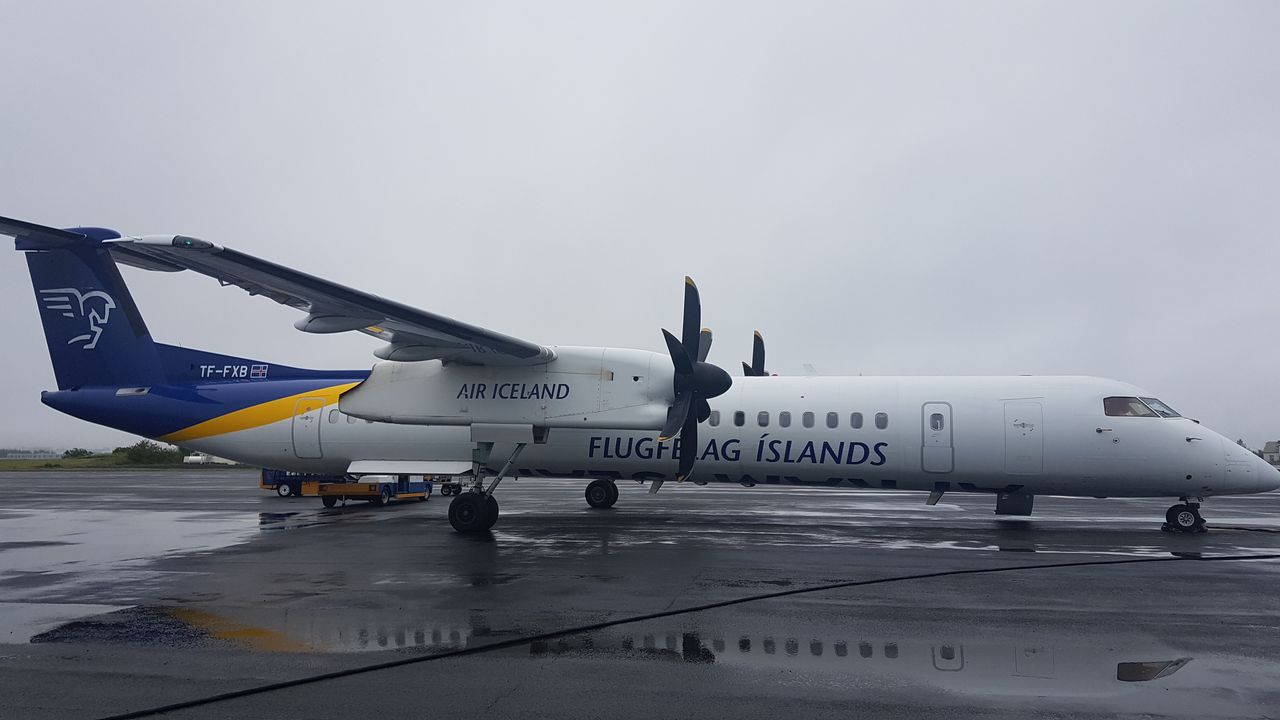 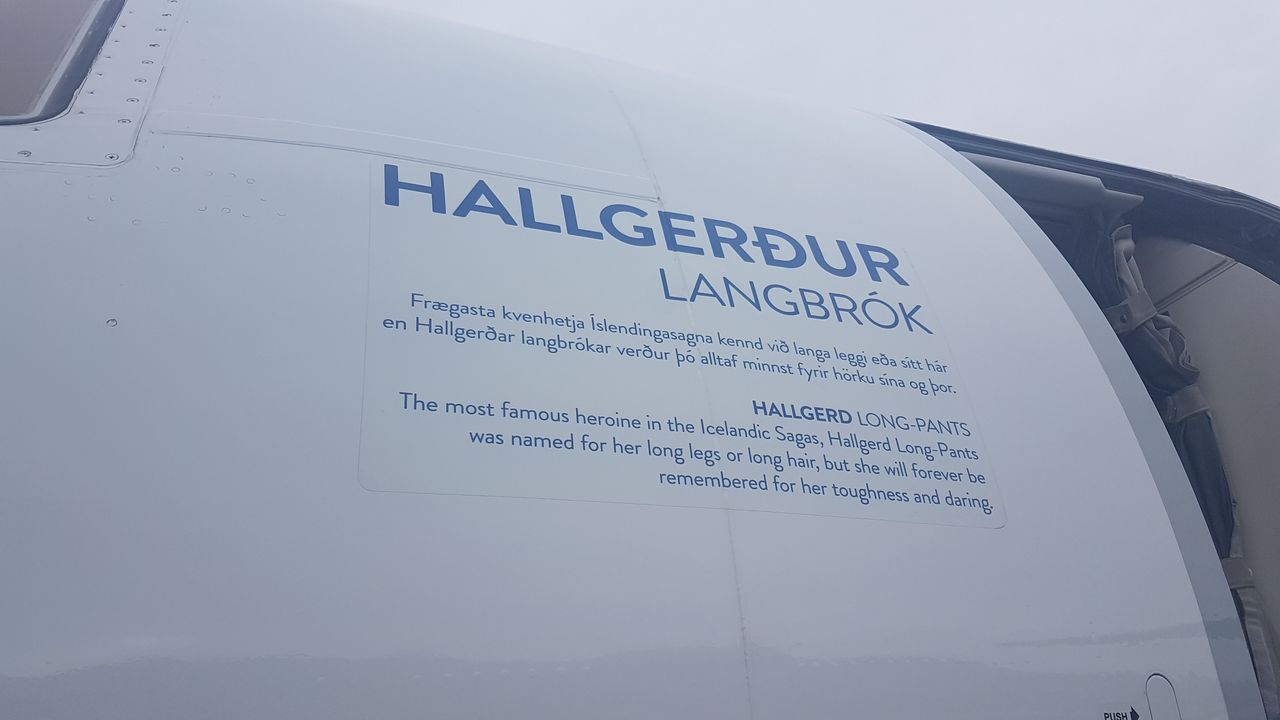 Boarding is always through stairs 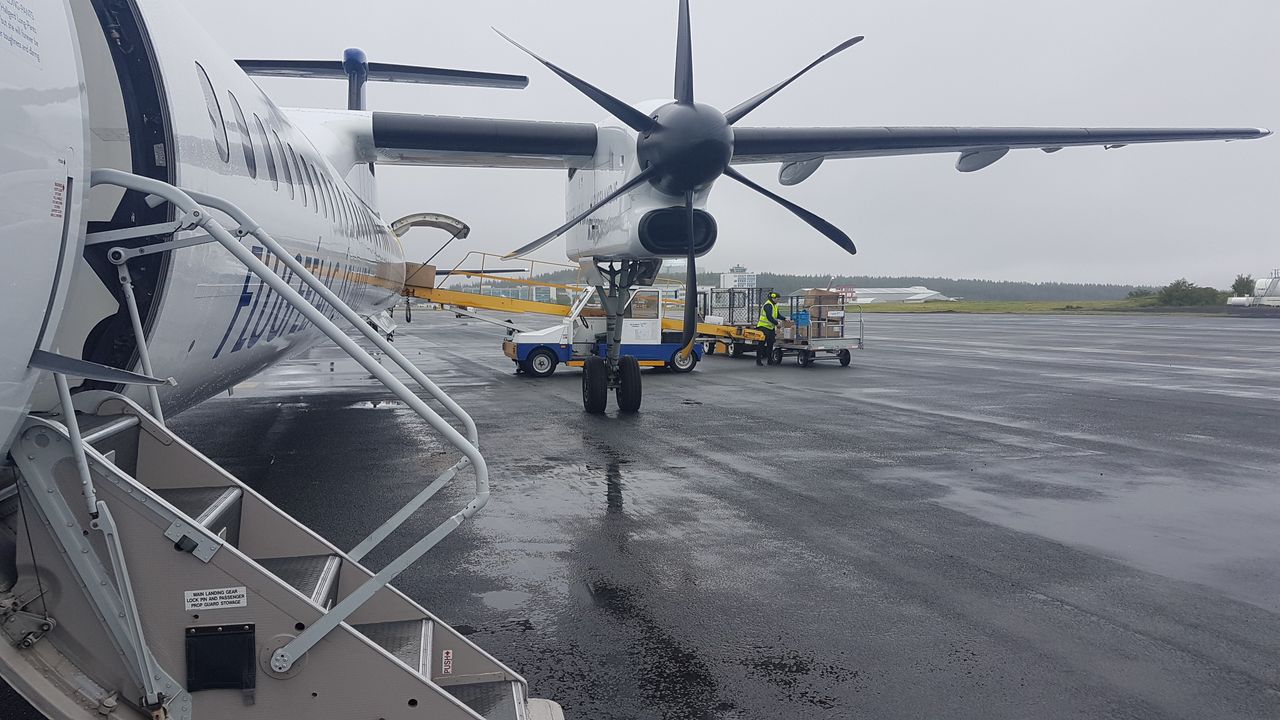 The plane has a 2+2 configuration with seat numbers AC and DF. Note that there are no 1D and 1F seats and 2F has a missing window. Seat 1A has a lot of legroom and seat 1C has probably more legroom than an Emirates’ First Class seat. The cabin was in a very good condition. The boarding music was Icelanders’ most popular song, Ég er kominn heim (I’m home), often sung by Icelandic football fans as well.

Boarding was completed at 13.05 and engines started at 13.10. We took off from runway 19 at 13.15. Views are absolutely stunning in sunny weather but it was raining that time so Nauthólsvík Beach was empty (it can actually get very crowded). This beach is also fantastic for planespotting. 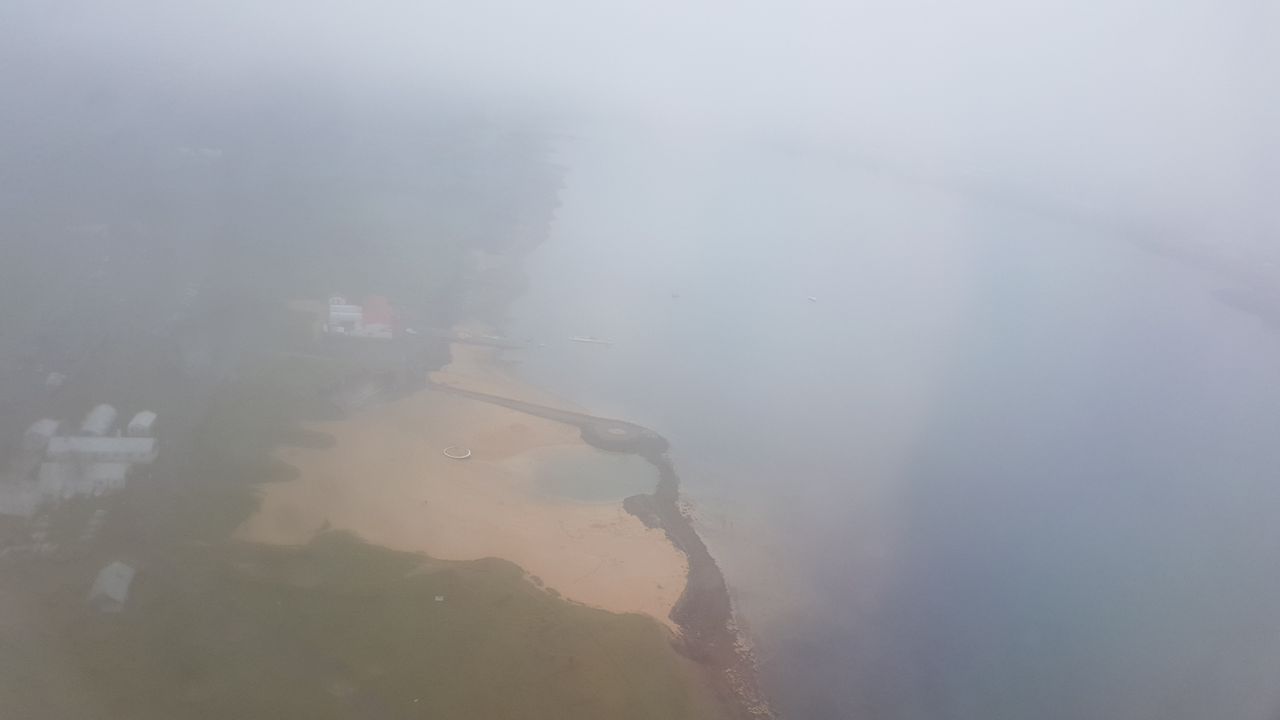 The fasten seat belts sign was turned off five minutes after take-off. A five-course menu including caviar with champagne was served afterwards…. euh, no, sorry, that’s a different flight report. Coffee, tea or water in a paper cup and a small chocolate were offered after take-off. 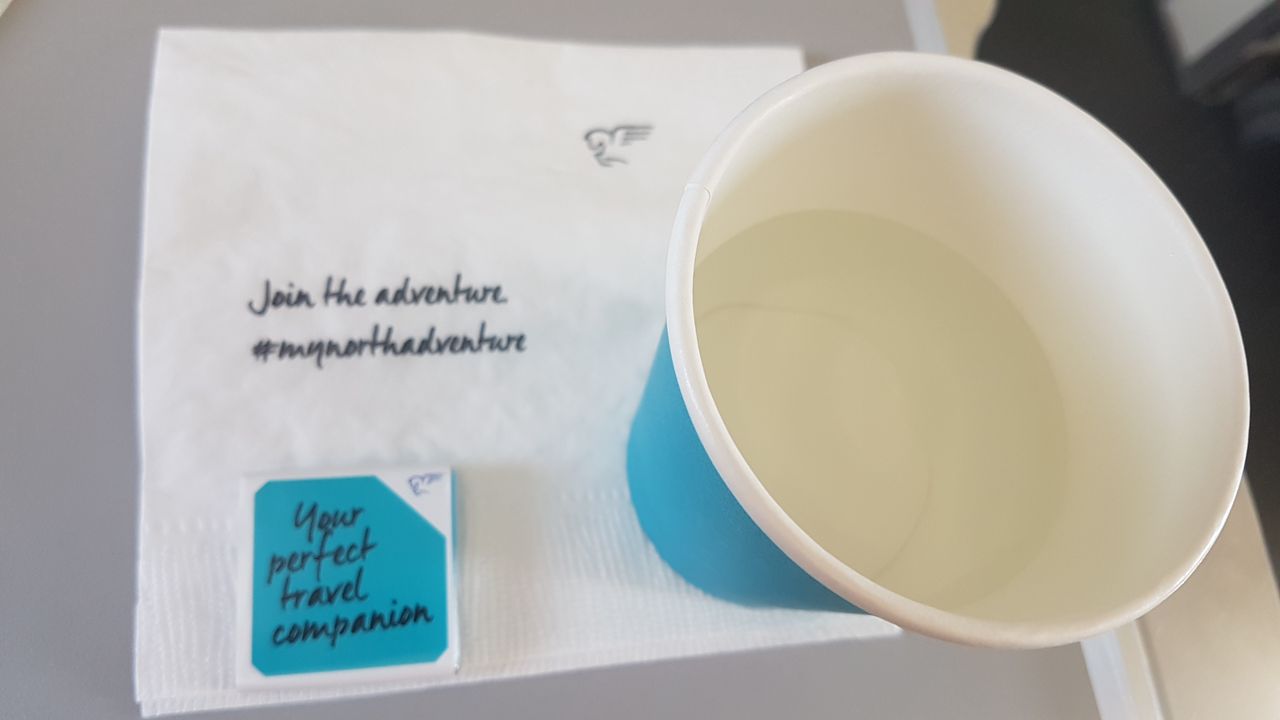 We flew over the Icelandic Highlands but there was not much to see in the rainy weather. Some views however of the area just north of Akureyri 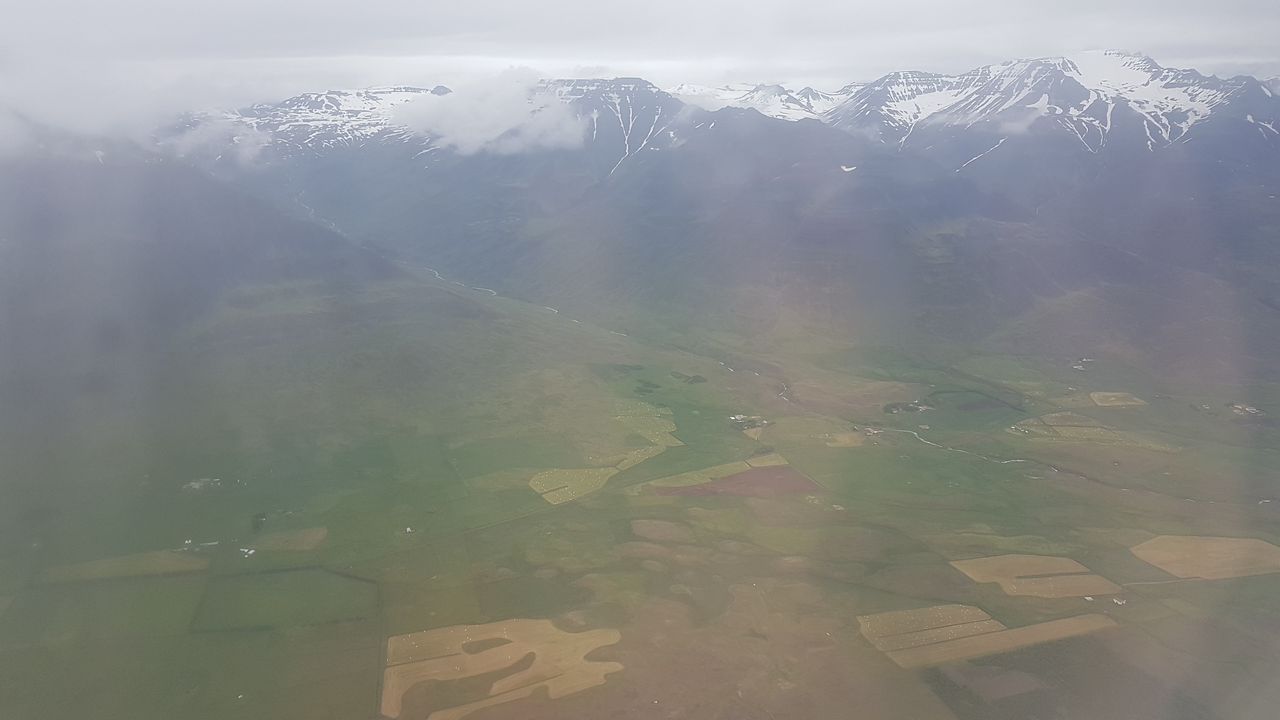 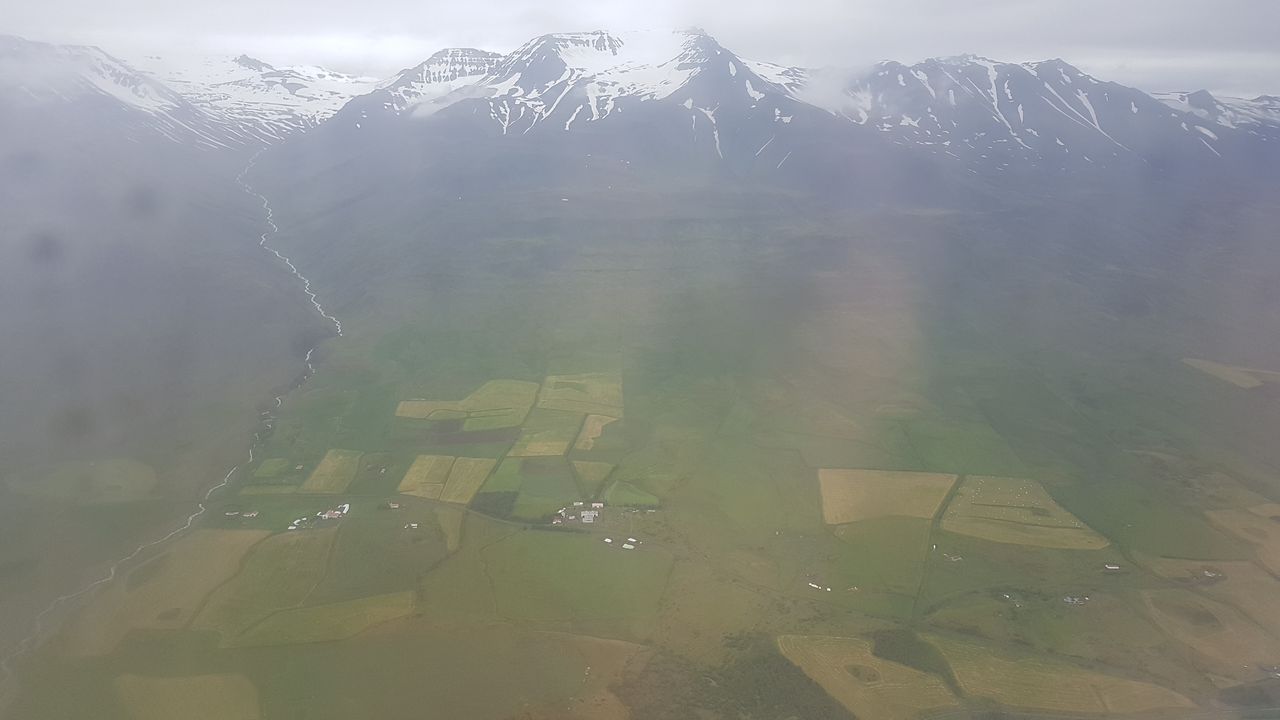 Akureyri has a quite unique runway located at the end of Eyjafjordur, the longest fjord in Iceland. We landed at 13.47 so the actual flight time was 32 minutes only. The flight deck after landing: 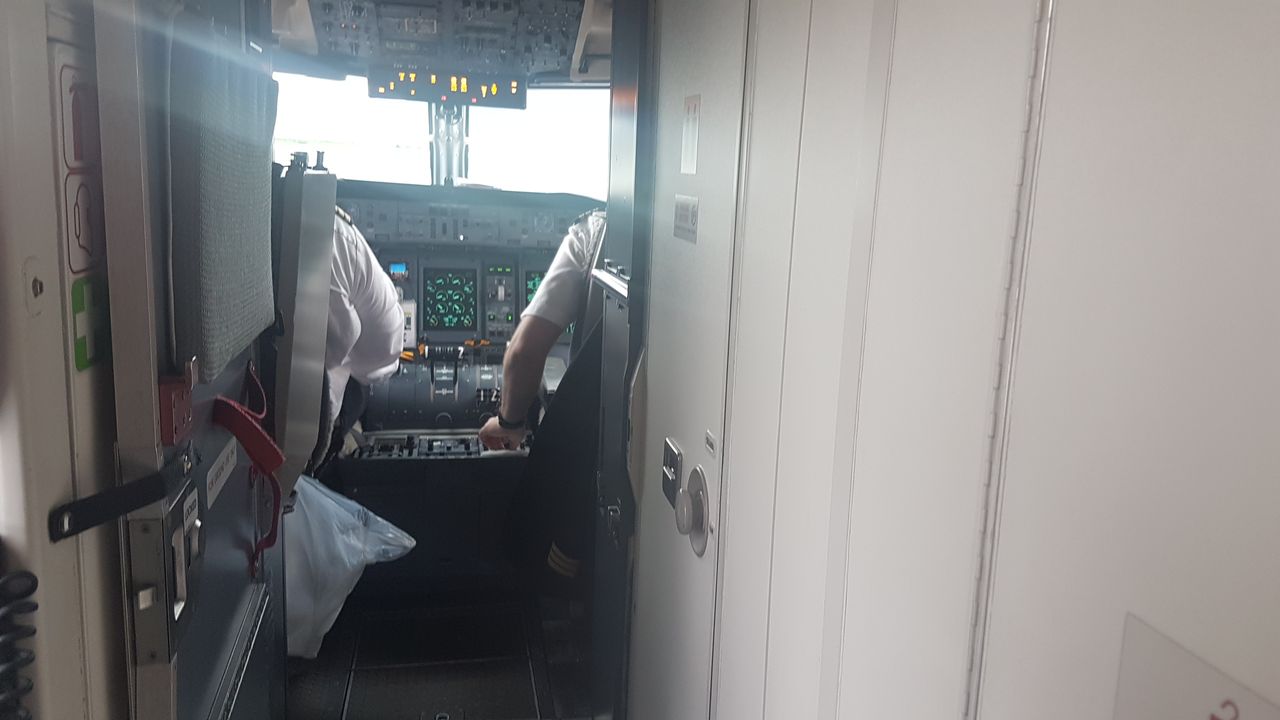 The mountains around Akureyri as seen from the airport: 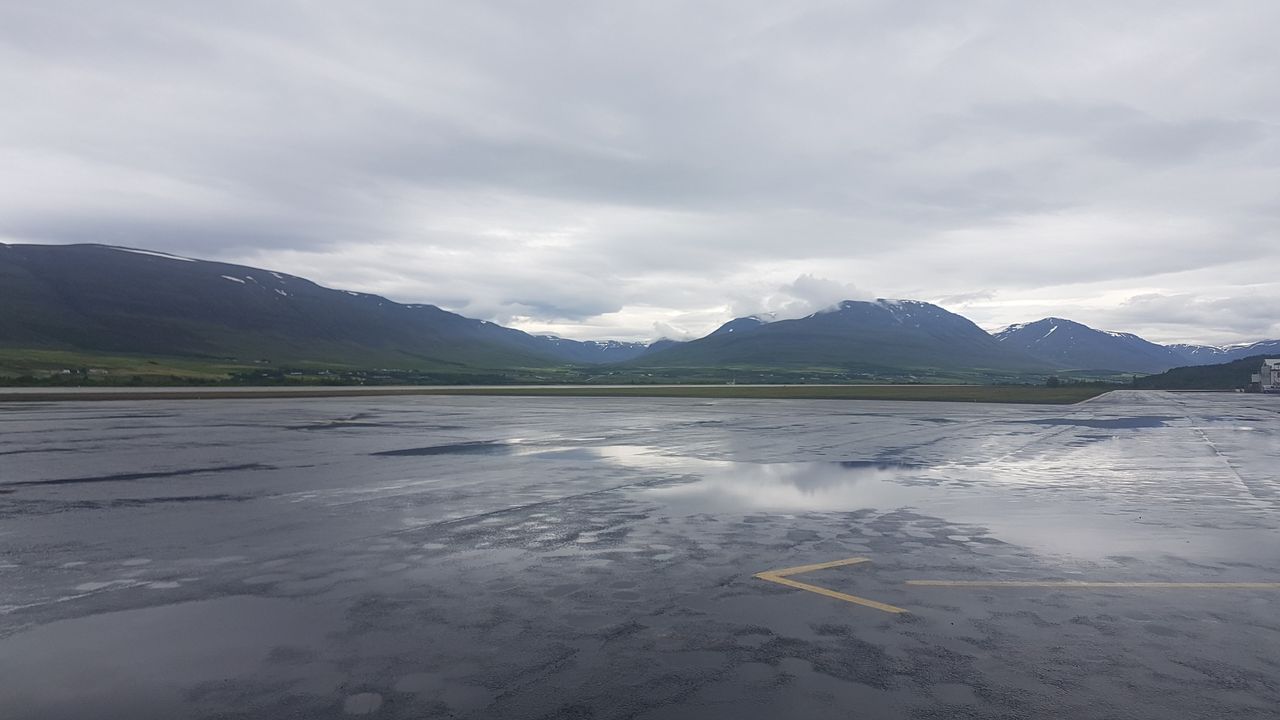 Akureyri Airport is only a five minutes drive from Akureyri downtown or you can walk there in about a half an hour along the fjord and some very nice historical buildings. 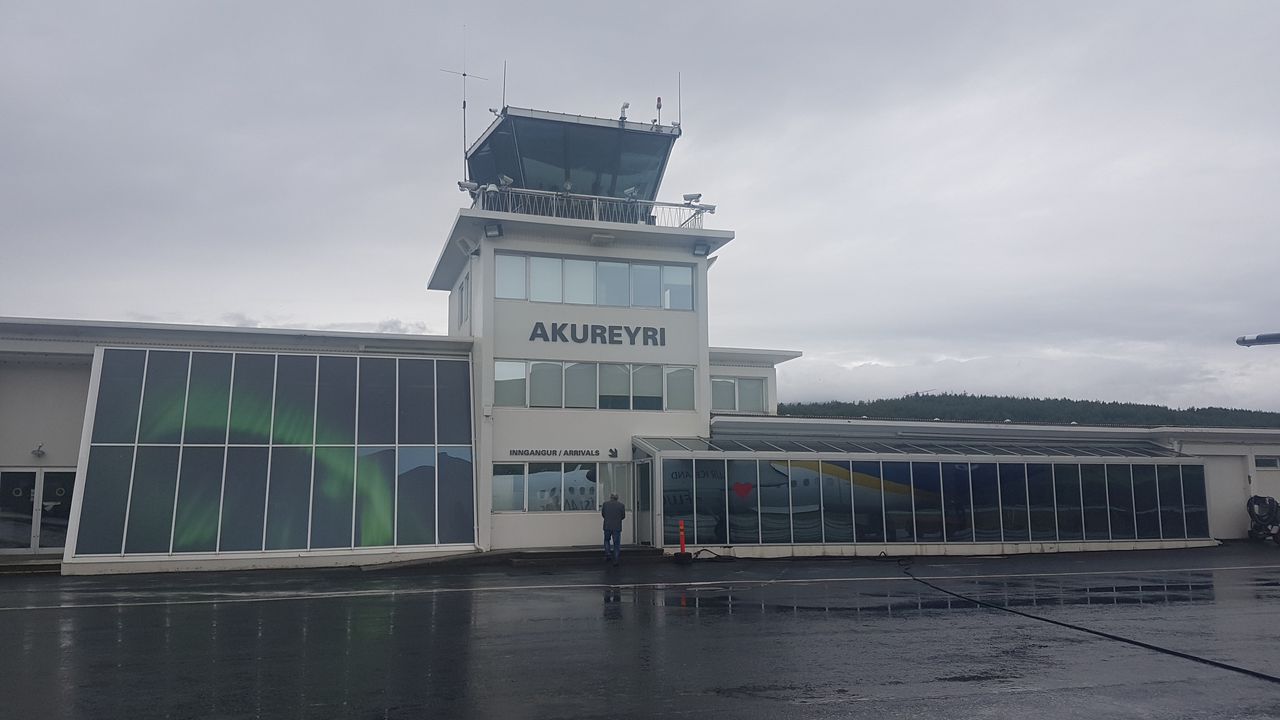 Domestic flights in Iceland are a great way to get around the country. Both Reykjavík Domestic Airport and Akureyri Airport are easy to access and offer a quick check-in, boarding and arrival experience.

The contributors of Flight-Report published 4 reviews of 1 airlines on the route Reykjavík (RKV) → Akureyri (AEY).

The airline with the best average rating is Air Iceland Connect with 6.7/10.

The average flight time is 0 hours and 45 minutes.