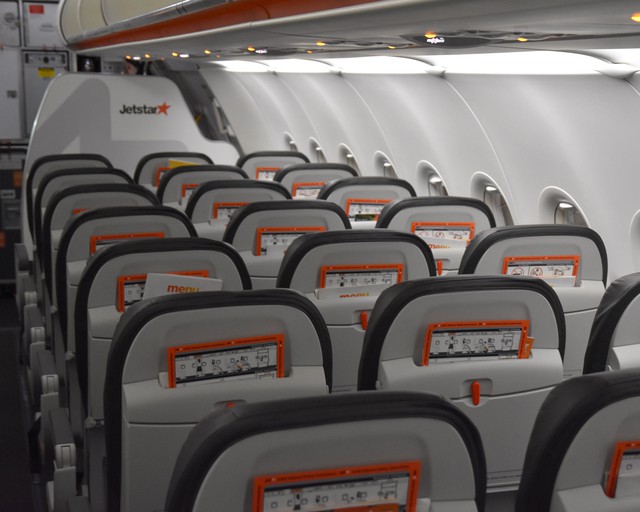 By thetravellingbloke 692
Published on 17th February 2019

The journey started after I arrived from Melbourne City on a SkyBus.
SkyBus operates to multiple popular destinations, as well as connections to hotels departing from Southern Cross Station. 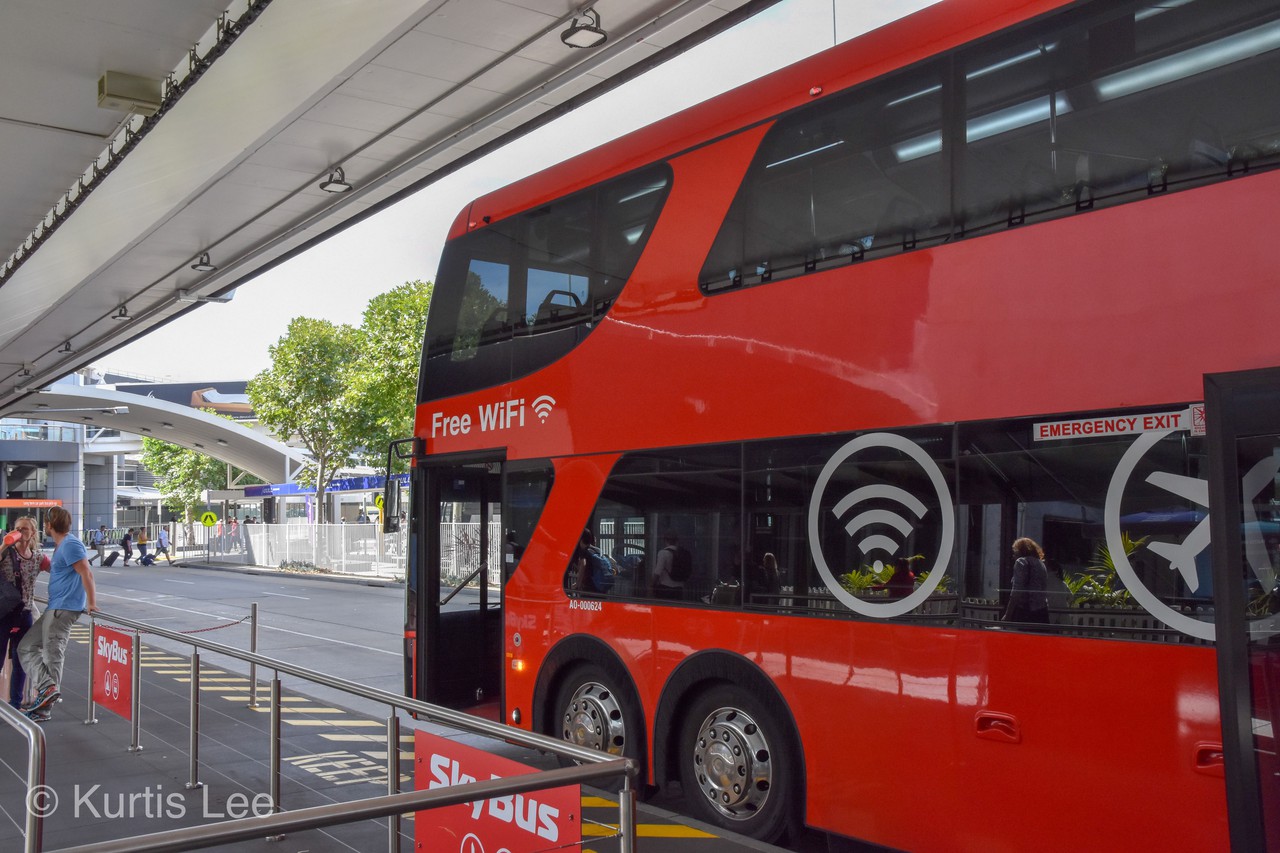 Jetstar operates its flights from terminal 4, sharing it with another low cost airline, Tigerair. 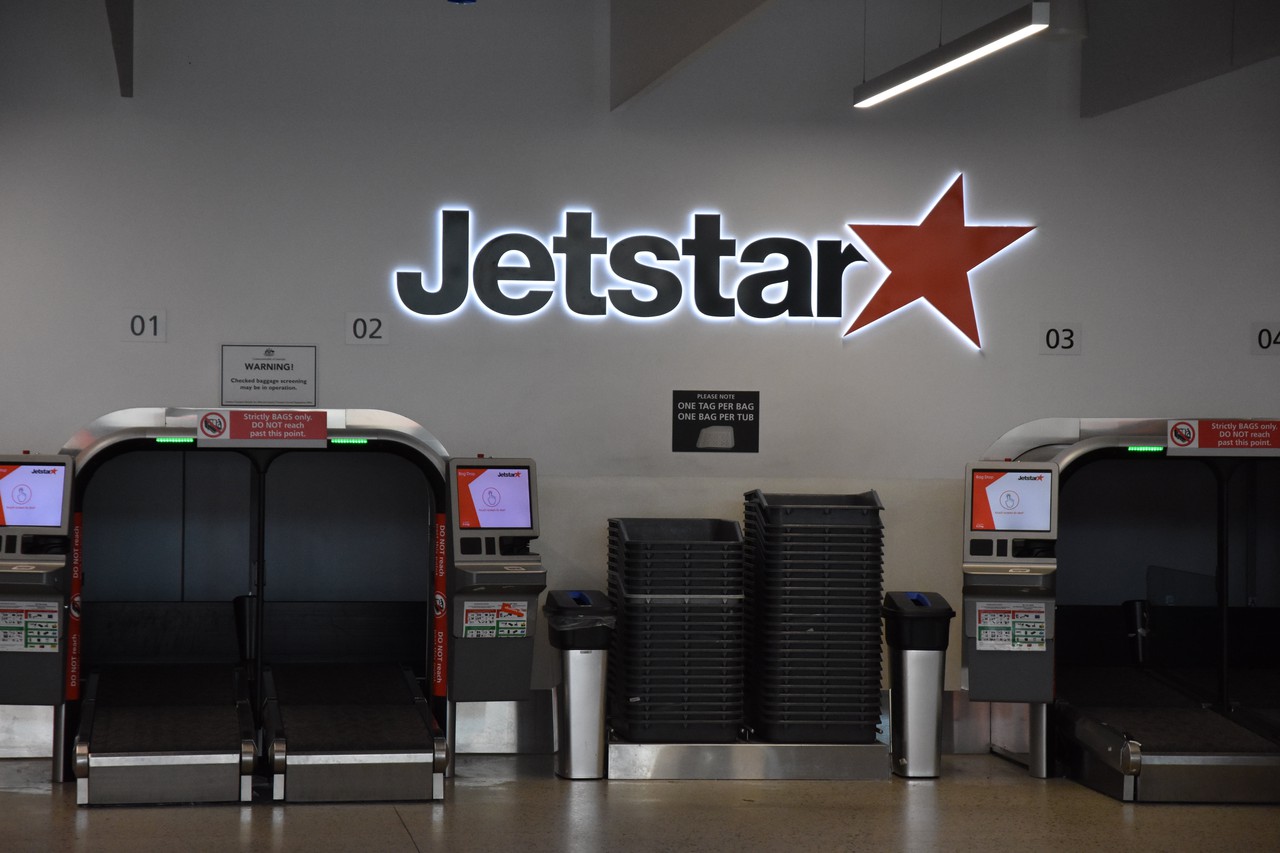 Check-in is simple: use one of these kiosks by entering your booking reference or by scanning the barcode on your itenary or by inputing your flight number and your name.

Note: Check-in is only available 3 hours prior to the scheduled departure time. 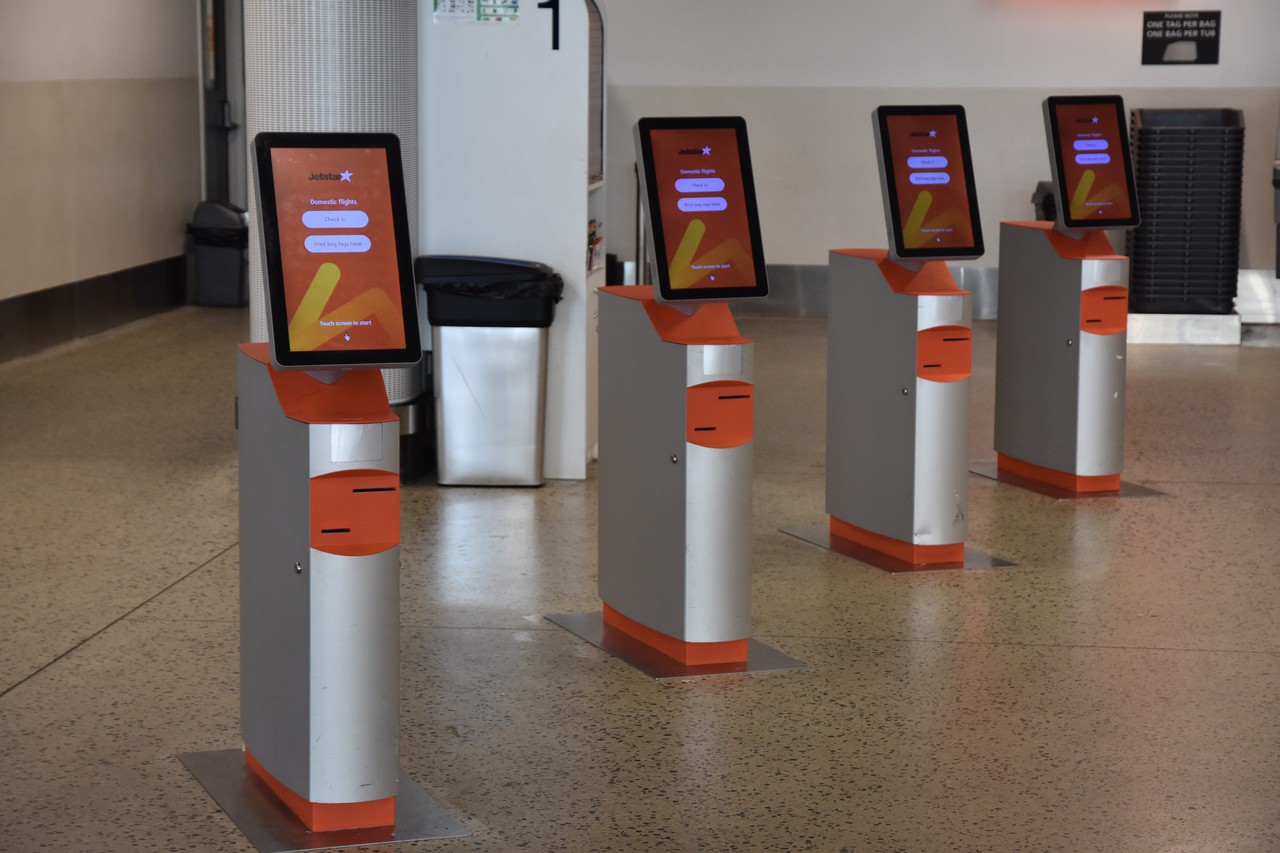 There’s not too many shops in this terminal. Just simply a WHSmith, which is common in Australian Airports; and a café down the other end. 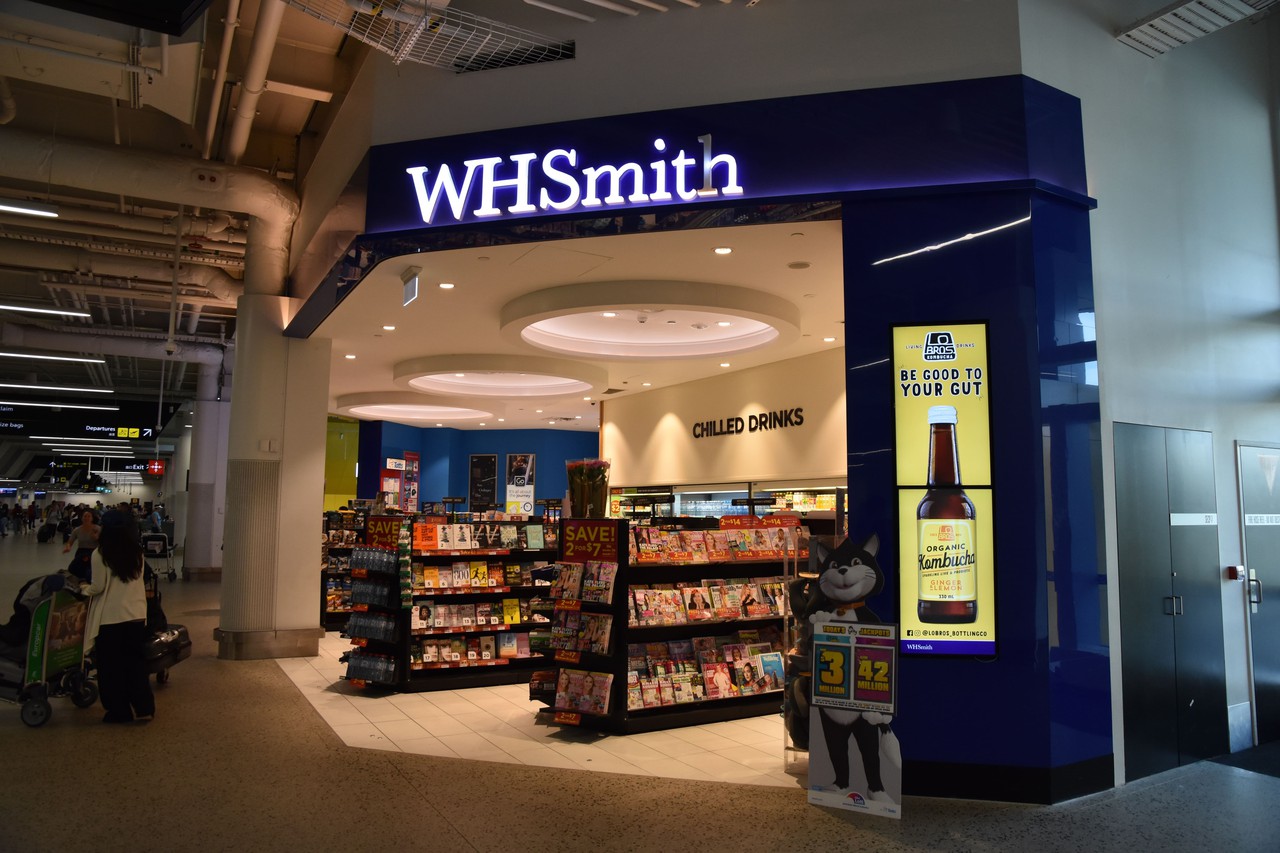 Departures are up a level. Take the elevator just in front of WHSmith and you’ll reach security.

There are a lot more shops after security, including another WHSmith. Most of the other shops are restaurants or fast food shops.  There’s also a large dining area and a series of charging ports, which comes in handy when your devices run out of battery. 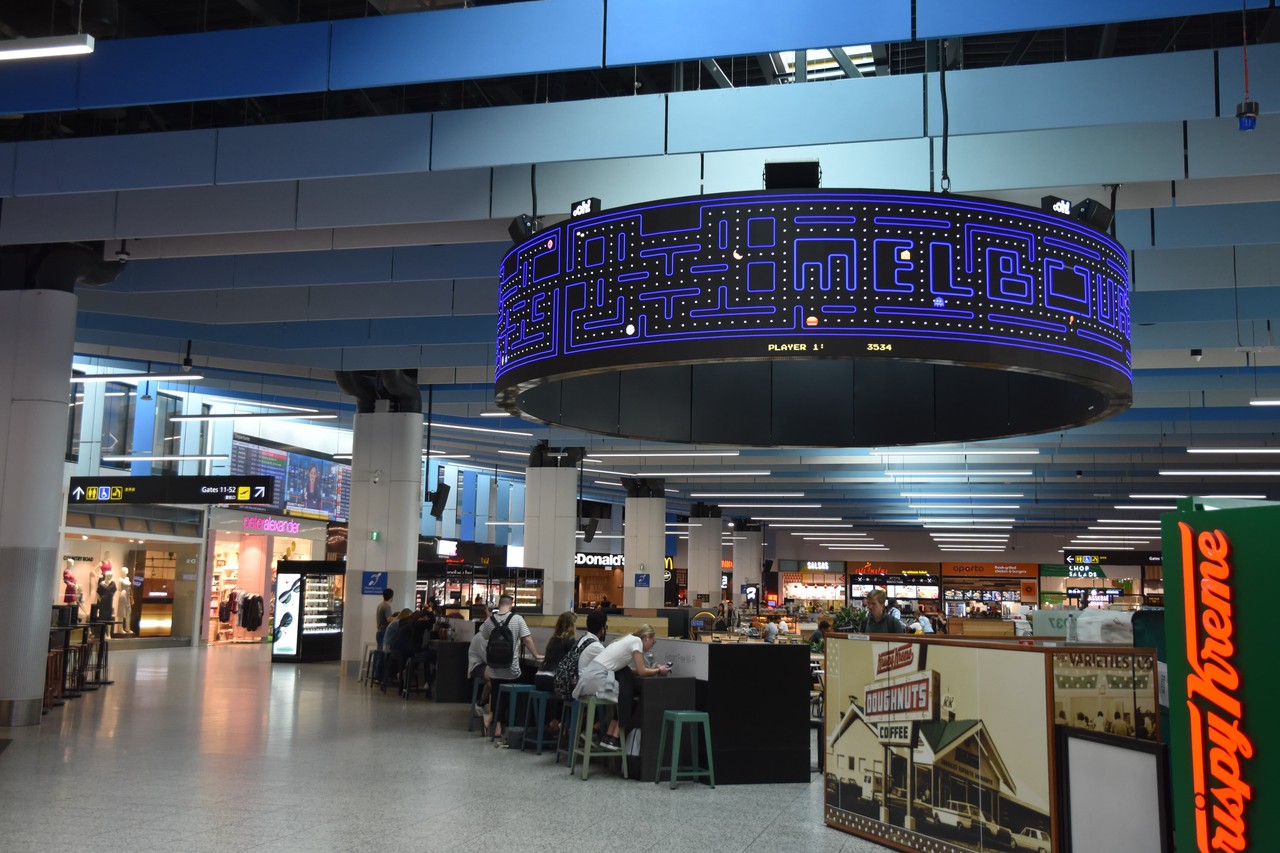 While I was enjoying my last slice of salmon sashimi, an announcement was made for my flight, asking passengers to proceed to the gate for preparation to board the plane.

For or low cost carriers, ‘preparation for boarding‘ refers to weighing your carry on bags. For Jetstar, the carry on bags have a limit of 7kg, so just be weary of it. Unless you carry a very small bag or purse with you, you won’t escape the fate of having your bags weighed.

After our bags were being weighed, we boarded the plane through the tarmac, either from the front or the rear doors of the aircraft. 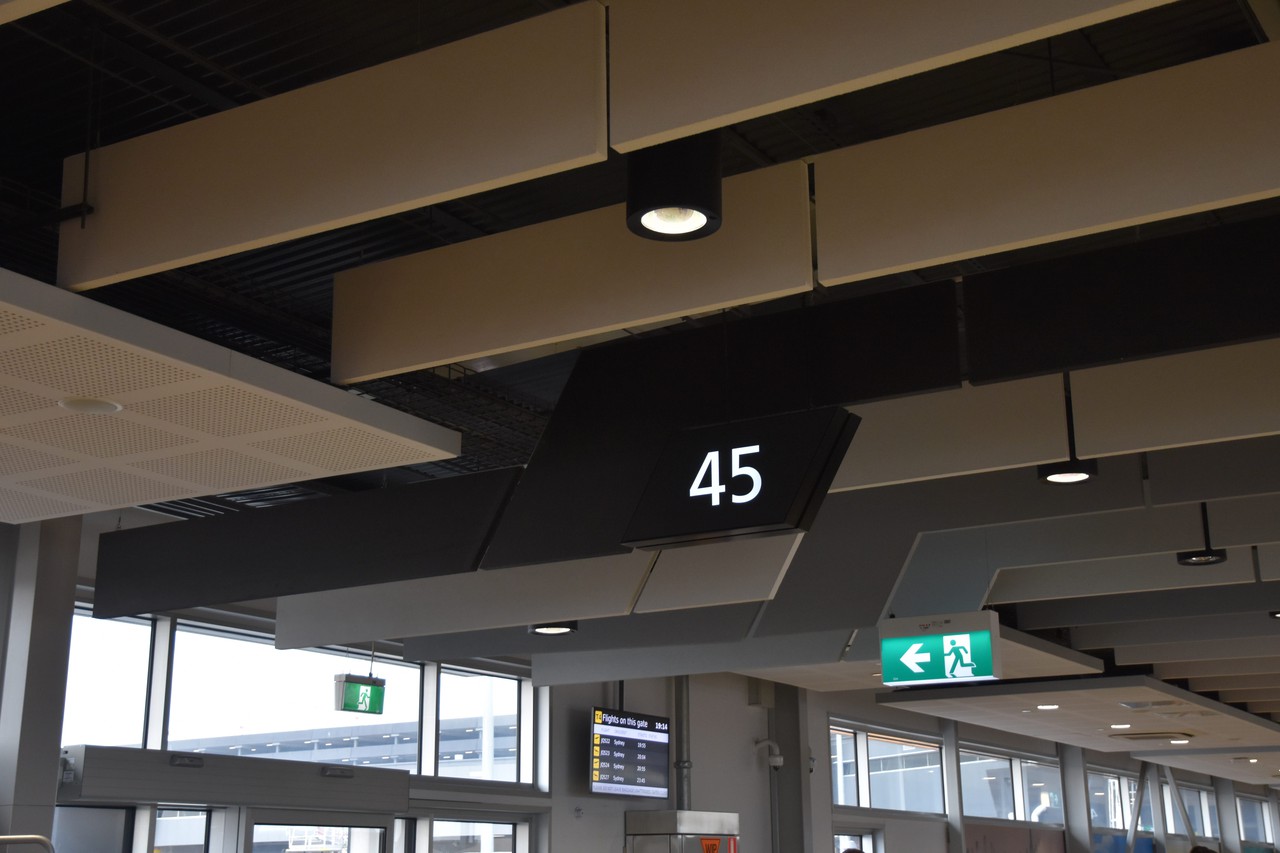 The cabin of the Jetstar’s A320, looks new and the seats are definitely skinnier than the older version. 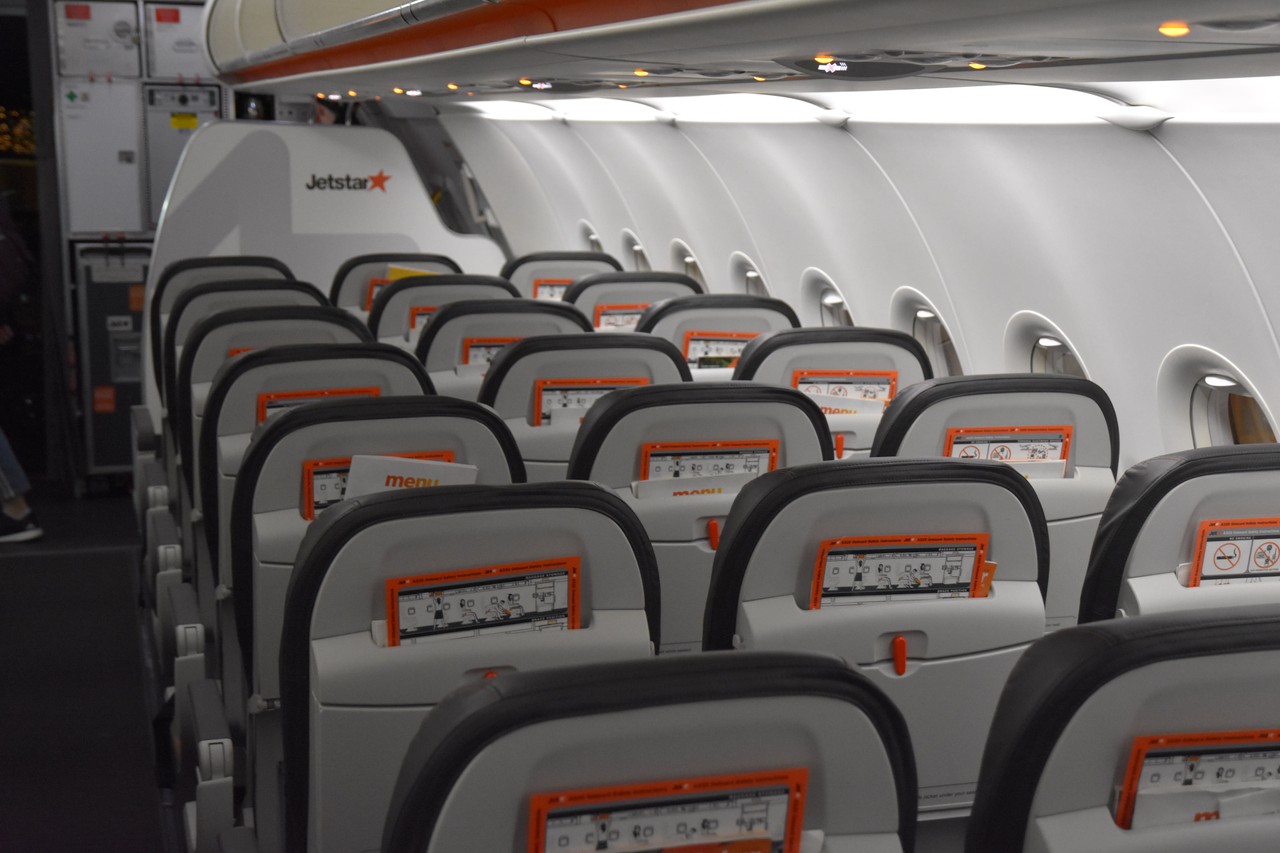 We were parked next to another Jetstar A320

Jetstar’s seats on their A320. Not much to comment on, apart from saying it’s narrower than full service airlines.

Although the seats are quite narrow, I quite like the design on these new seats (as compared to the last time that I flew with Jetstar, which was 3 years ago). 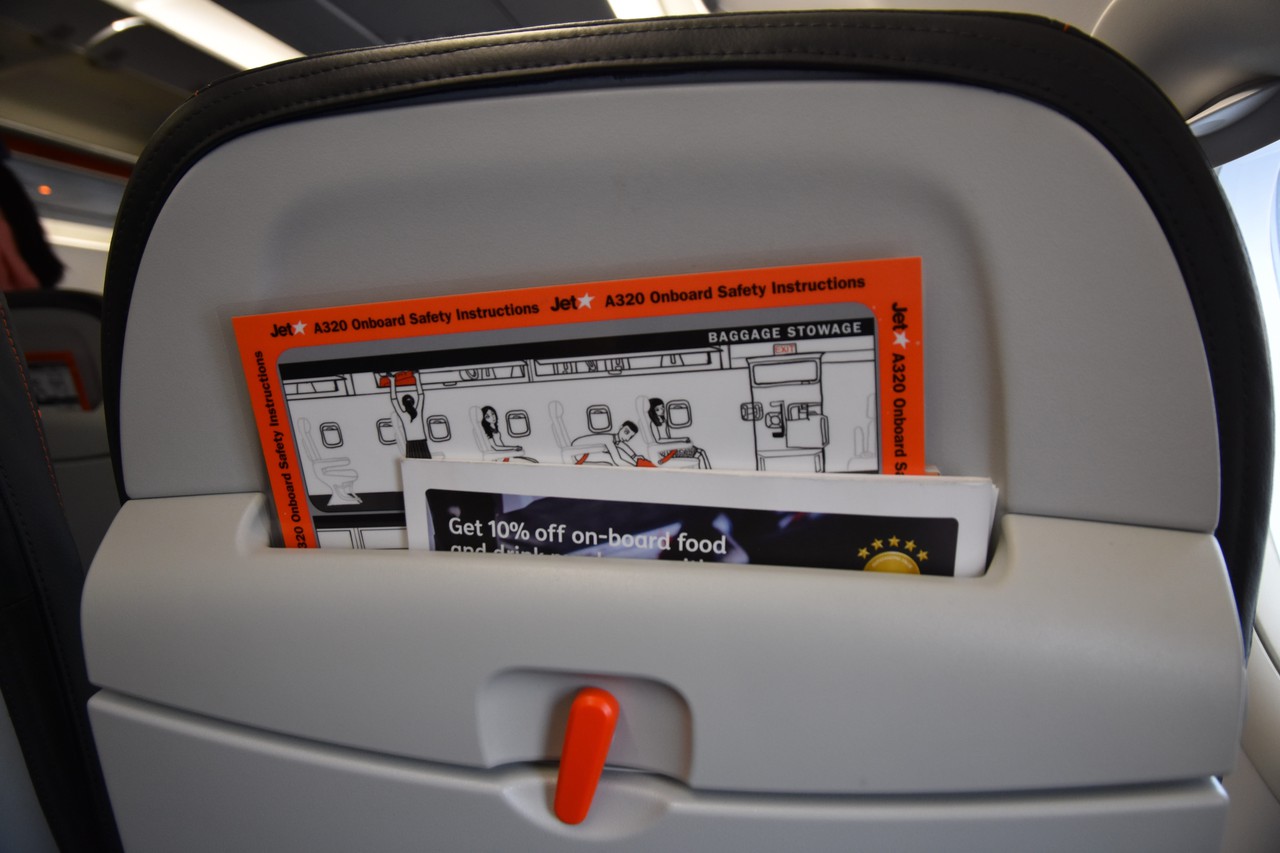 Some of their options on their flight meal menu. Note that some of them are only available on selected international flights. 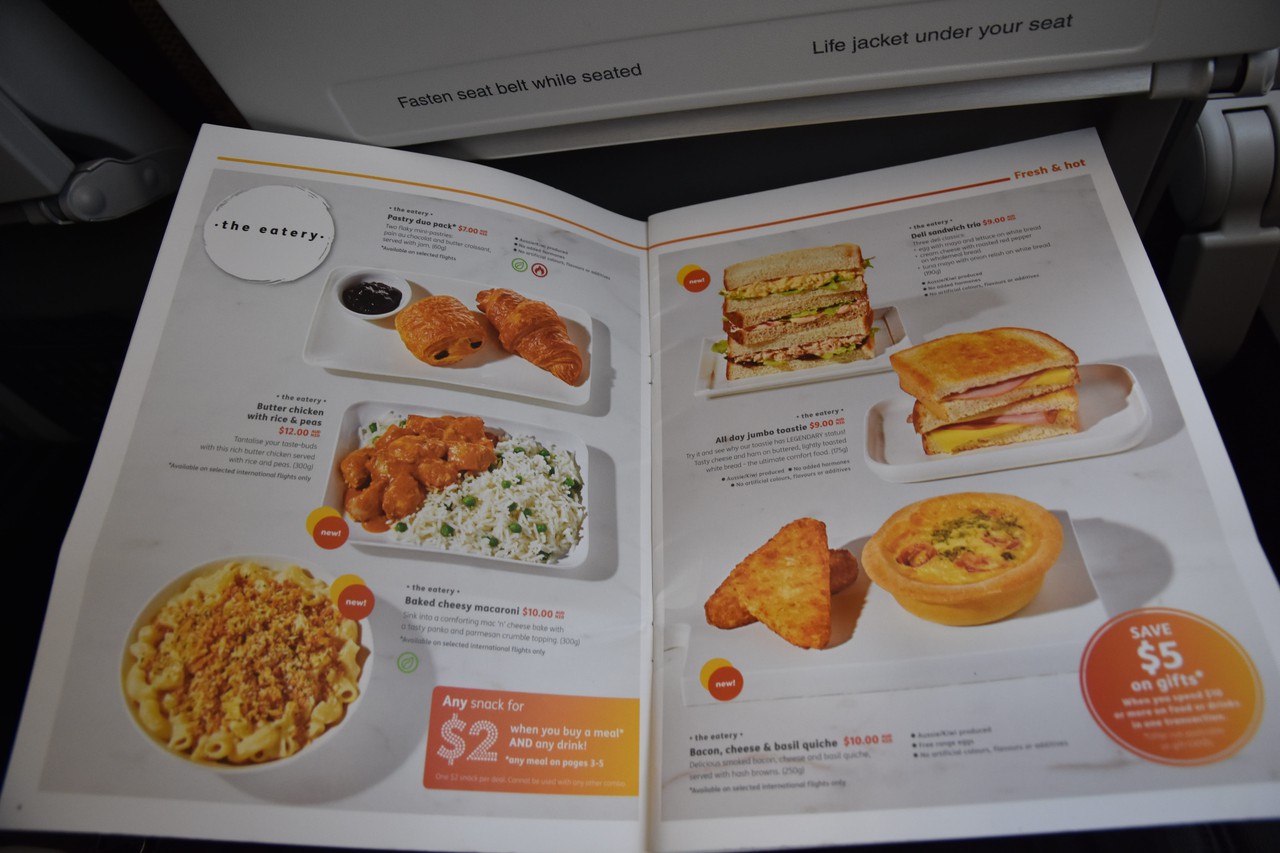 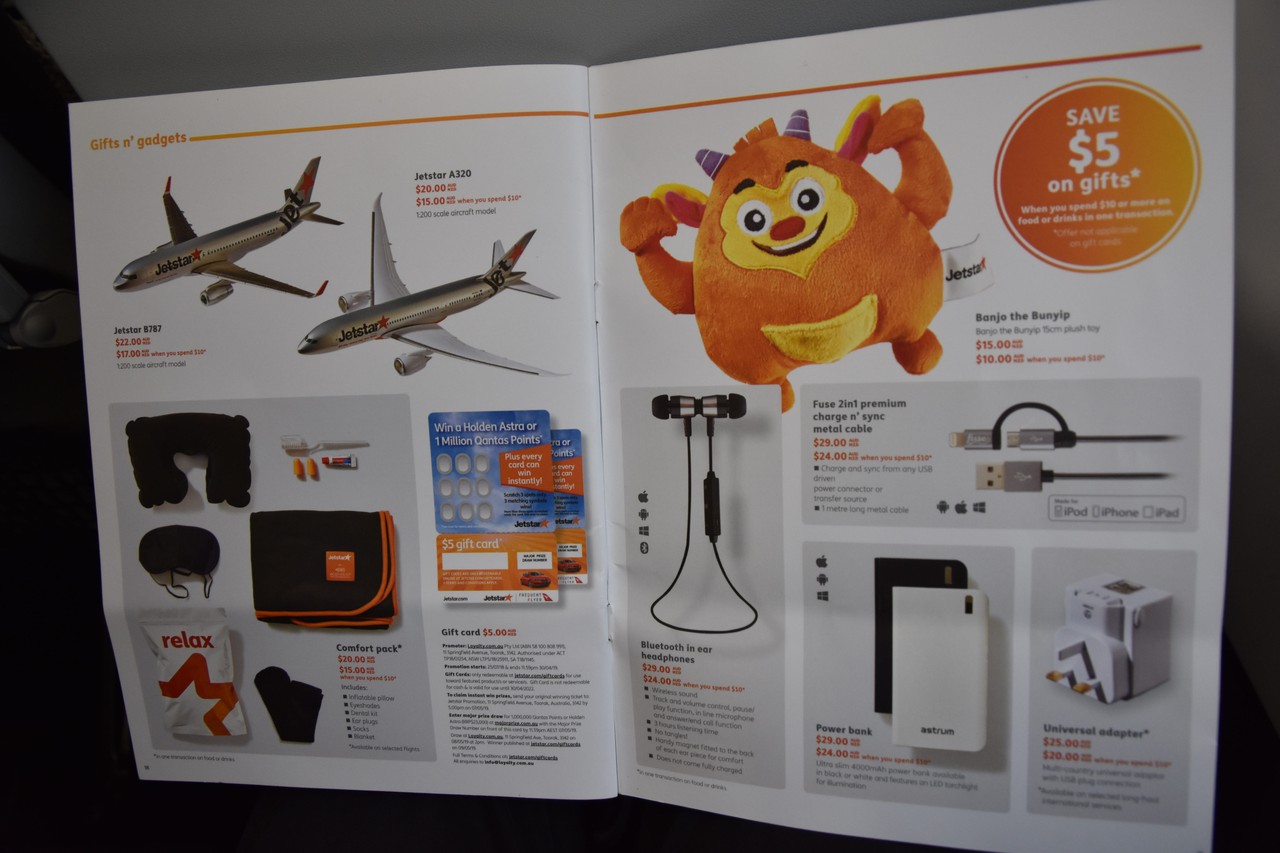 We pushed back with a slight delay and taxiied out to the runway shortly.

We waited for the plane on the other runway to land, and we soared out of the Melbourne sky. 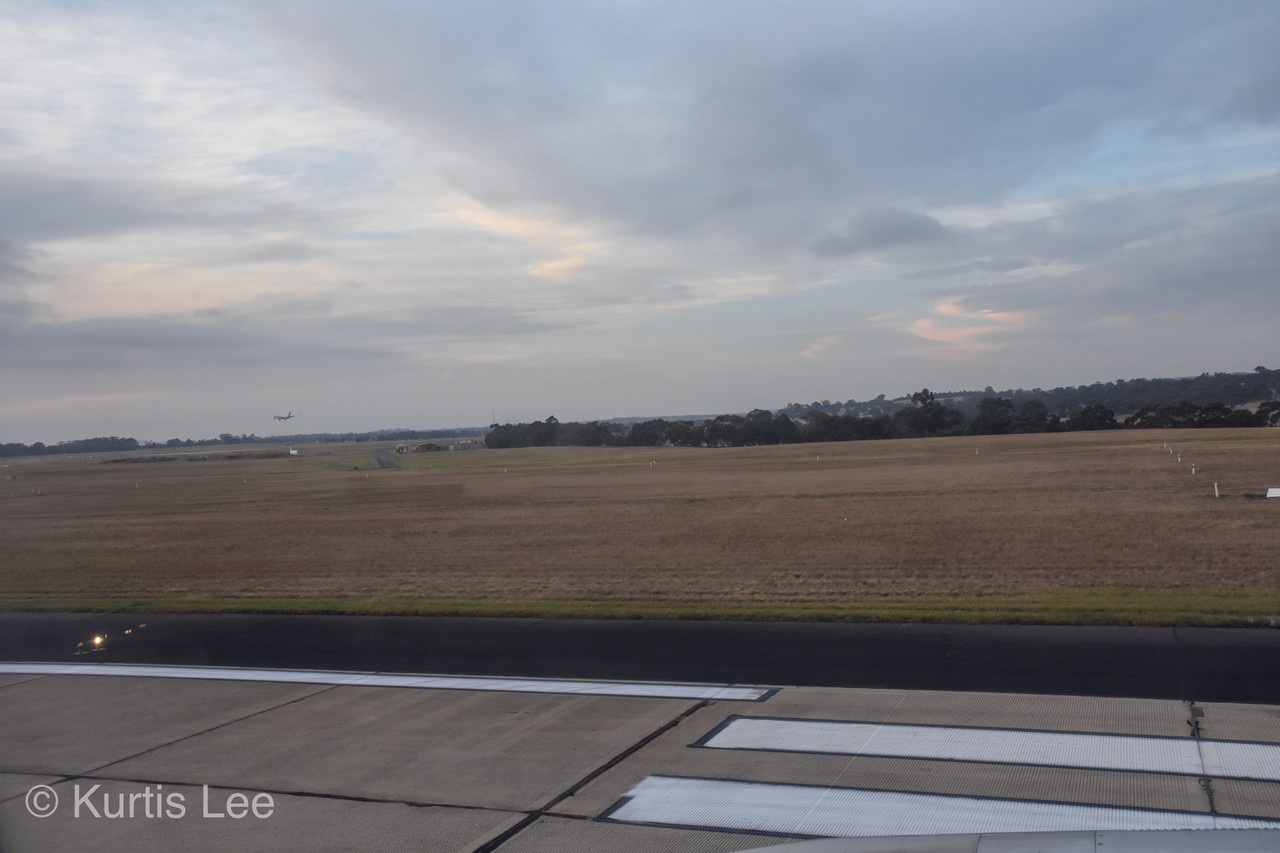 The sunset was great from the above. 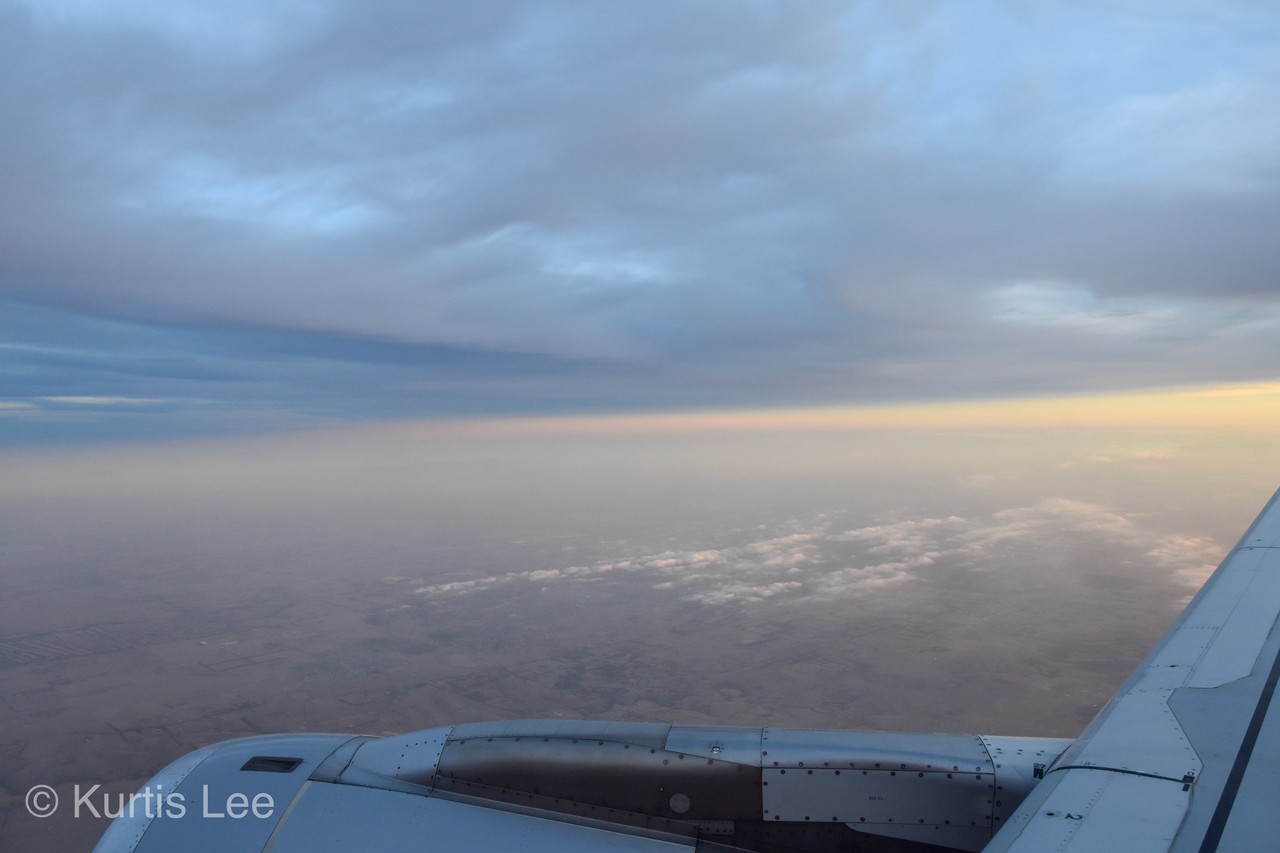 After we reached cruising altitude, a brief meal service was served. Passengers who have pre-ordered their meals online get theirs right away.

If you can’t decide what to order online but know that you’re gonna get hungry during your flight, you can purchase a cash voucher and forget about the hassle of taking our lose changes from your pocket and choose what suits you the most from the meal tray.

As I purchased a StarterBundle Plus package when I booked the flight, there’s already a $10 meal voucher included in the fare.

The time passed fairly quickly as the pilot managed to catch up some time. It took us only an hour to get to Sydney, and we were 15 minutes early.

We arrived at Sydney’s terminal 2, which is where Jetstar, Tigerair and REX operate their flights. 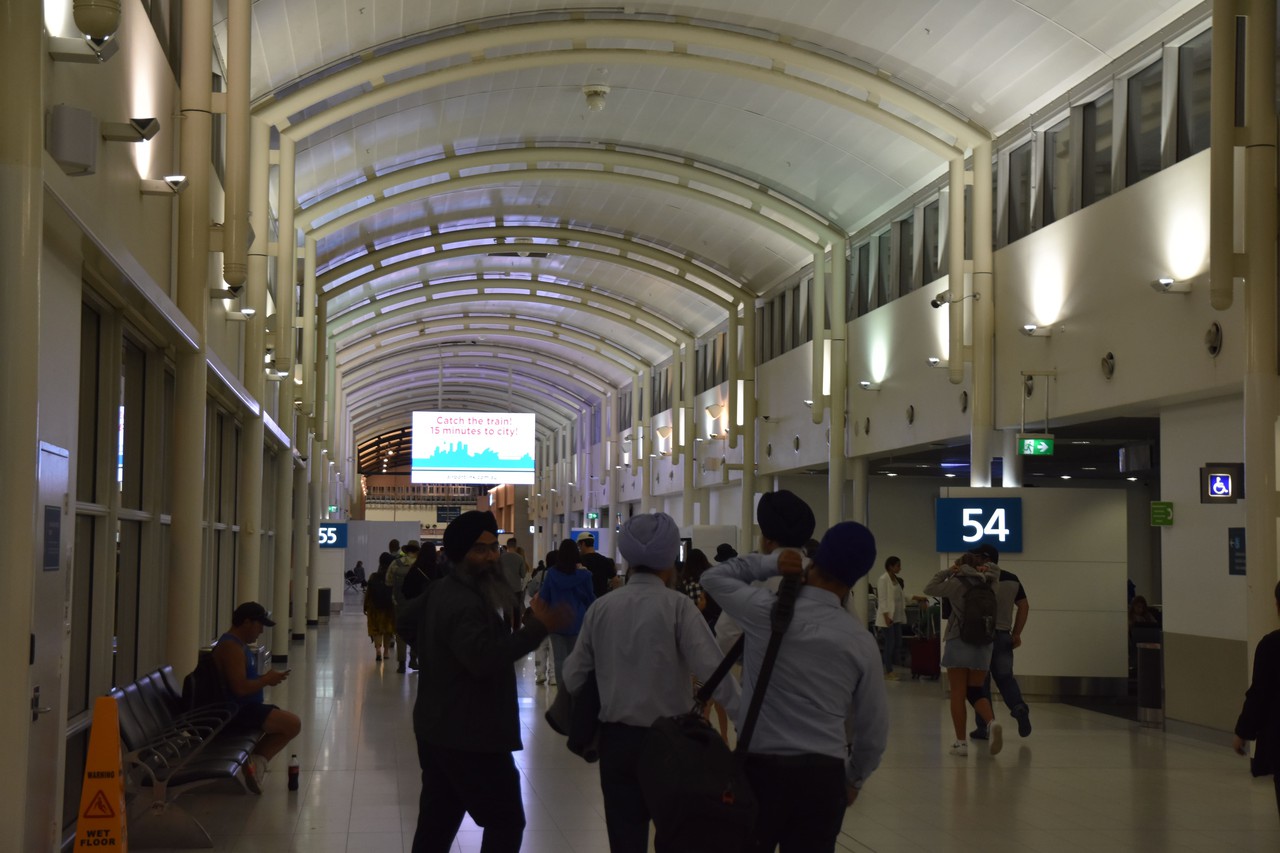 The escalators to the train station is just after the baggage claim area. 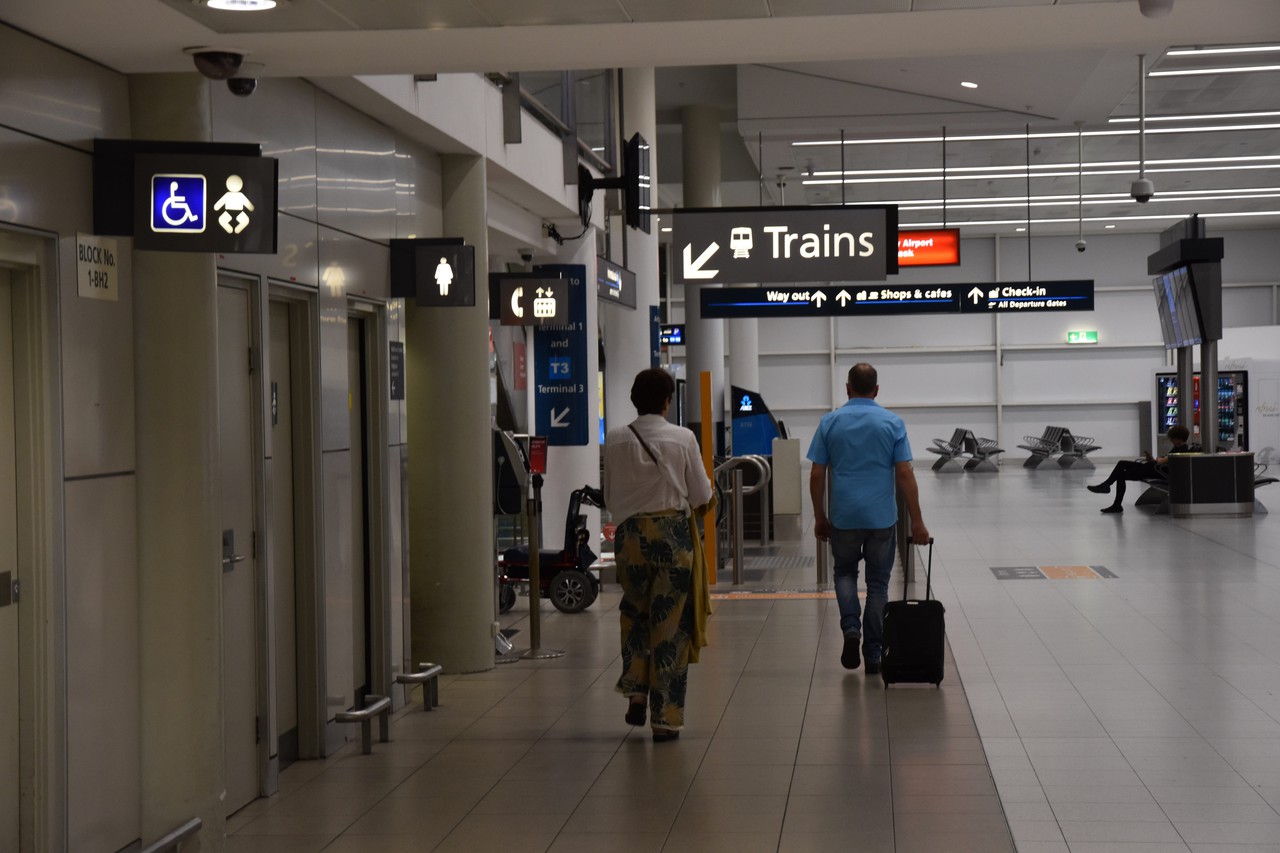 If you're not a fan of paying a fortune just to get to somewhere near, why not skip the train and avoid the hefty station access fee?  Get an Uber if you're travelling with a group, averaging the fare, you'd definitely see how much you've saved.  If you're travelling alone, take the bus from terminal 3, which is just a brief 10-minute walk from terminal 2 and you can get to the city or the nearest train station in just under 20 minutes!

Jetstar is a good airline albeit it being a low cost carrier. Its seats are definitely not as roomy as full service airlines are, however an hour or two being stuck in a narrow spot is just isn't an issue. If you really wish to be flying in a roomier space, pick an emergency exit row for just a slightly higher price.
Jetstar's crew's accommodating attitude just makes you feel warm and welcomed.

Given its price and service, Jetstar worths every penny.

He wrote 8 reviews about 6 airlines and 6 airports.