By bldavid GOLD 1146
Published on 16th June 2019
Welcome to the flight report about the shortest flight of the world from Westray to Papa Westray.

I had been planning to visit Shetland and Orkney for a long time, and I especially wanted to try this flight. My itinerary was:

I was originally planning to spend the night at Westray but as my flight from Shetland to Orkney was cancelled the morning before I was rebooked on the Kirkwall – Westray – Papa Westray – Kirkwall flight, flying on the same plane and staying on (or near to) it on both small islands.

While most of the UK’s airlines work either on the low-cost model or target holiday destinations, Loganair is very different. It’s a regional airline with a focus on Shetland, Orkney and the Hebrides in Scotland where its services are vital for many smaller communities. It operates a fleet of small aircraft and regional jets, such as Twin Otters, BN-2’s, Saab 340’s, Embraer 135’s and 145’s.

Loganair offers a much more personal service and experience than almost any other airline in the UK – see my previous flight report from Kirkwall to Westray. 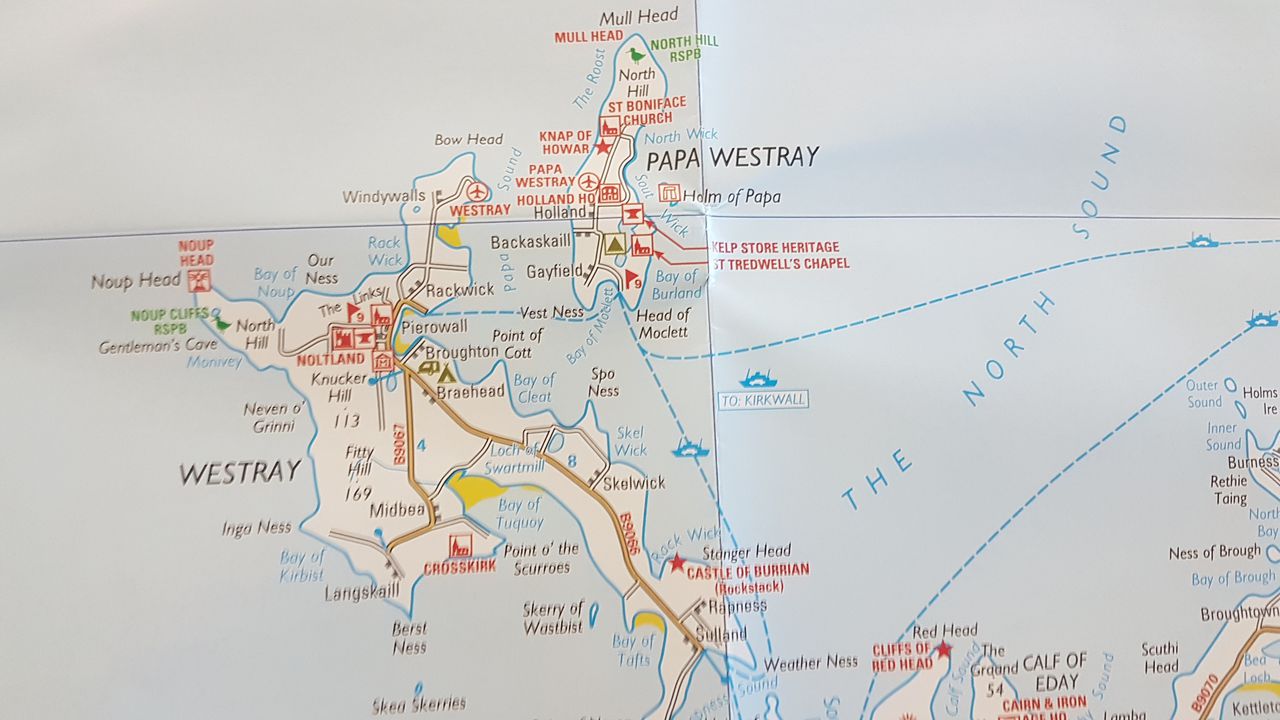 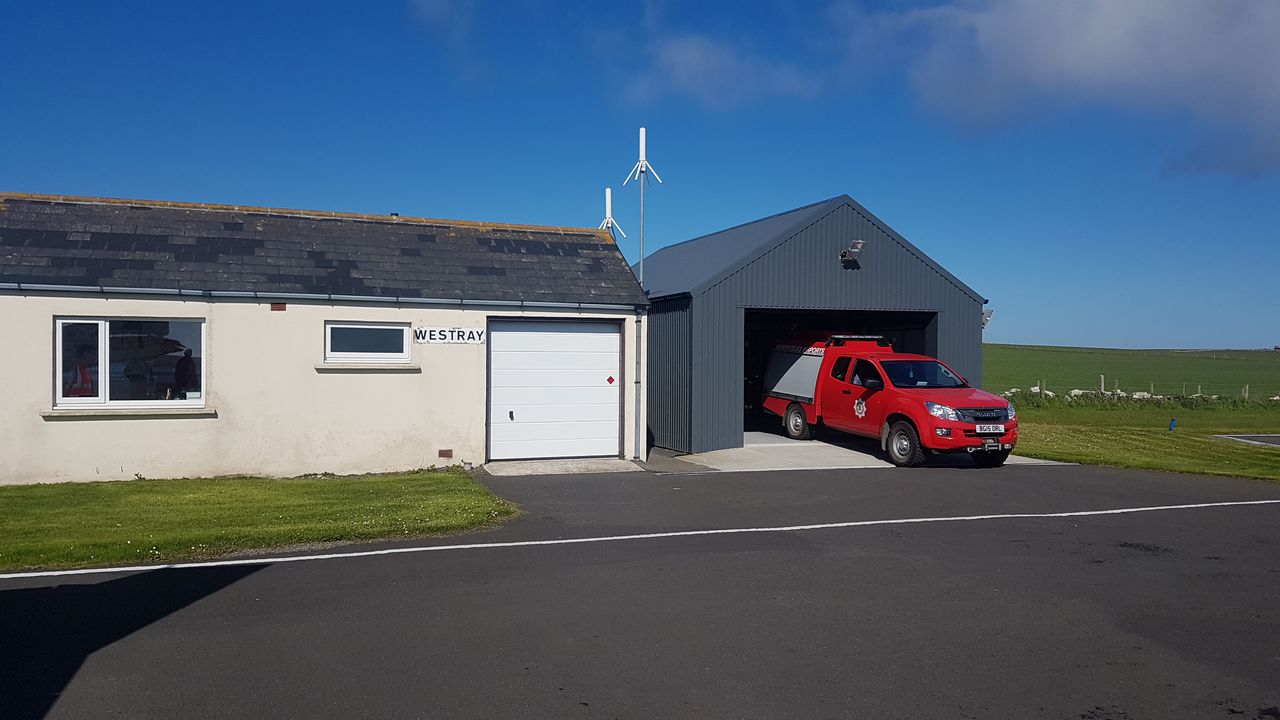 The plane was a BN2A Islander built in 1986, registration number G-BLDV. 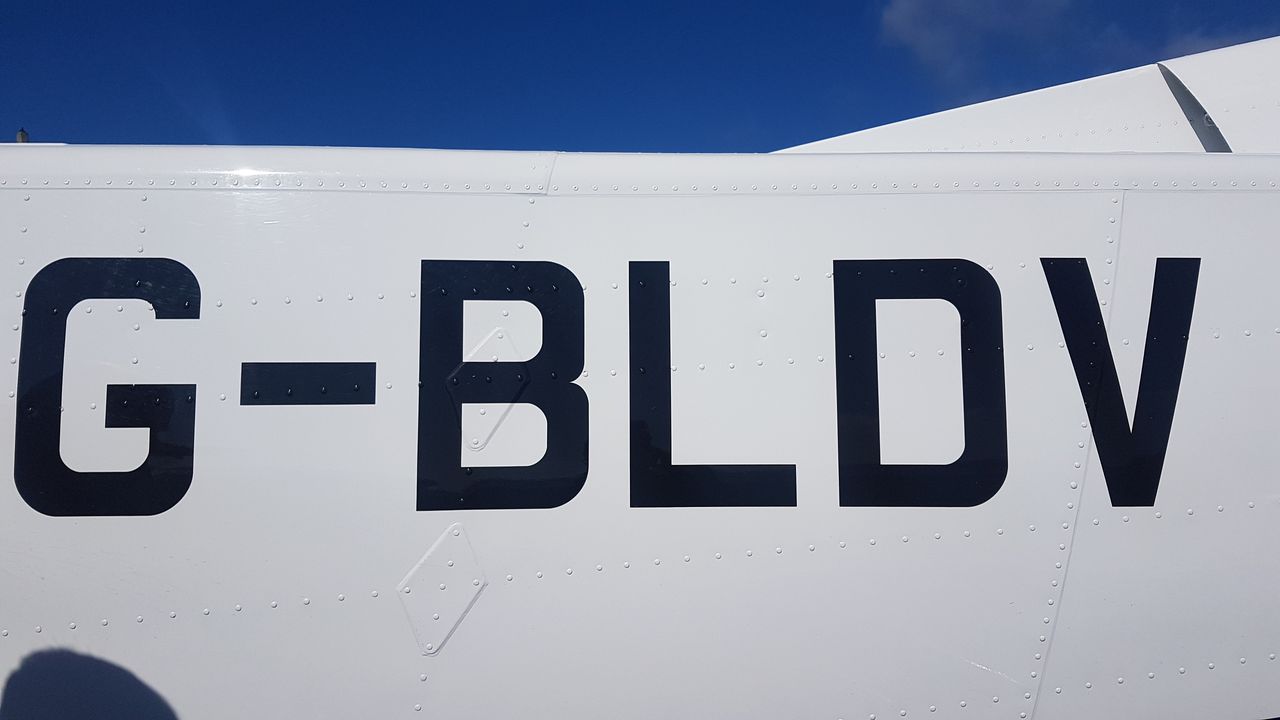 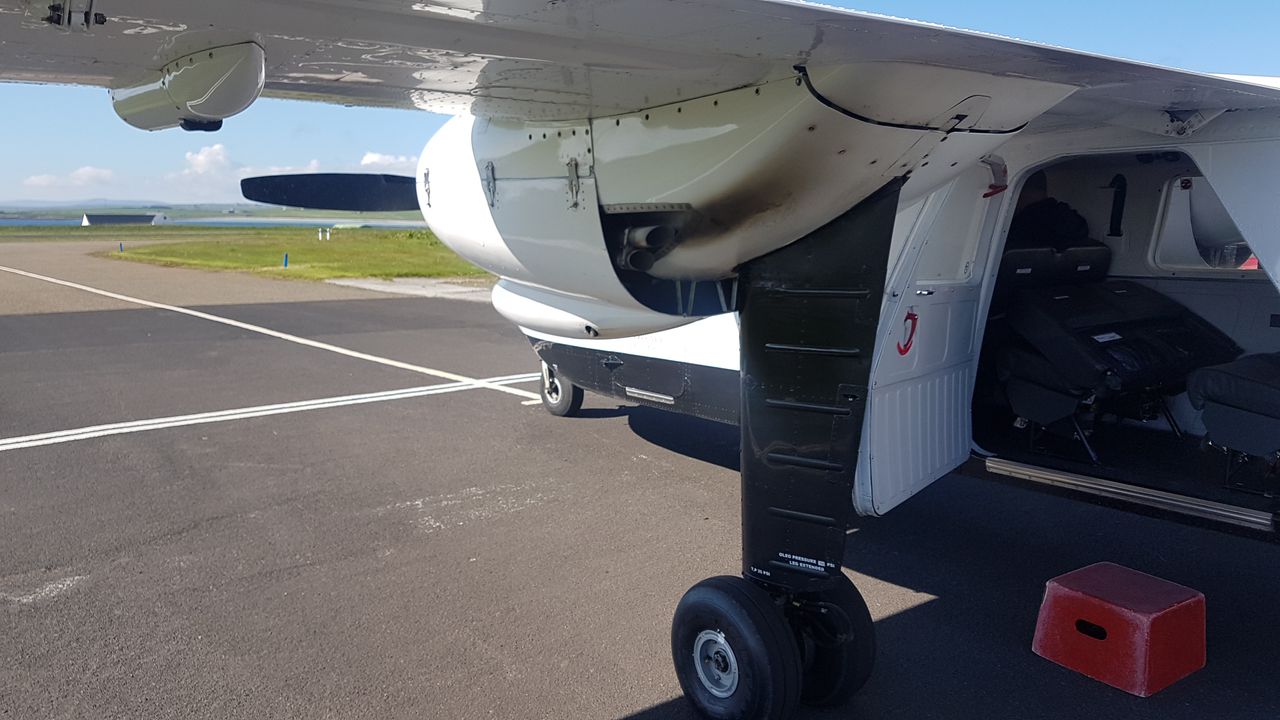 I had a view on the runway… 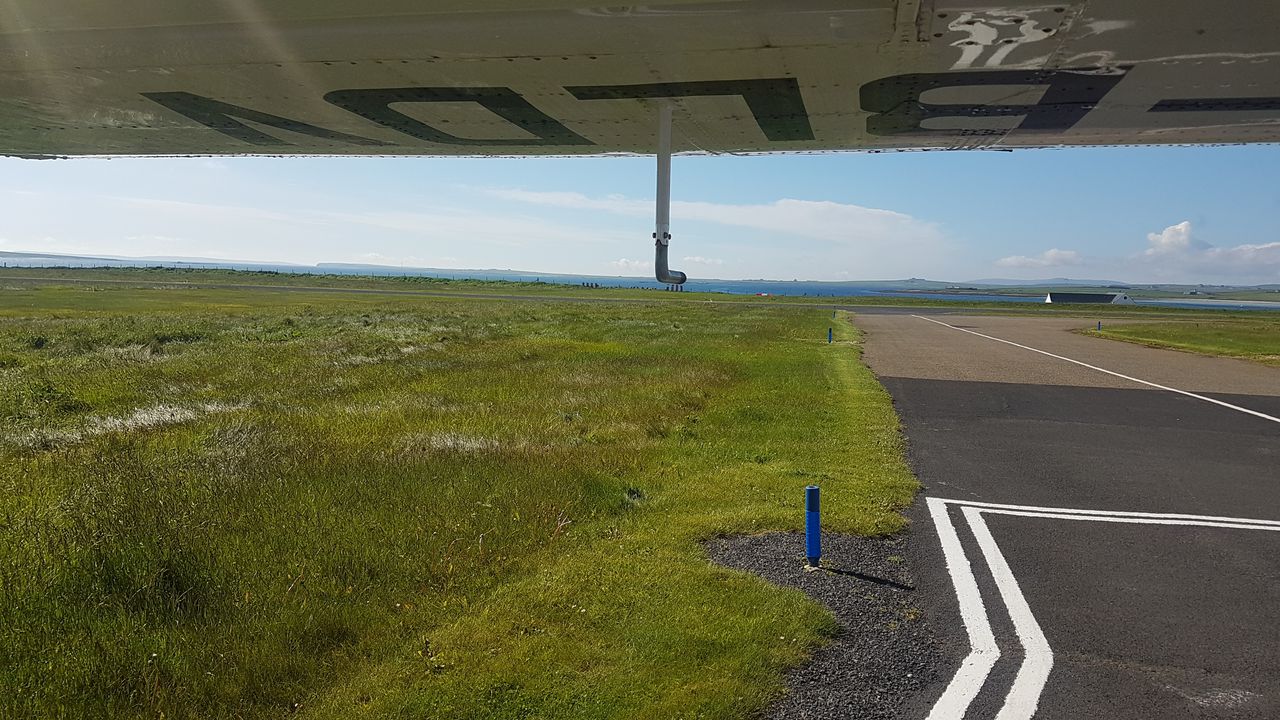 …which is a gravel runway 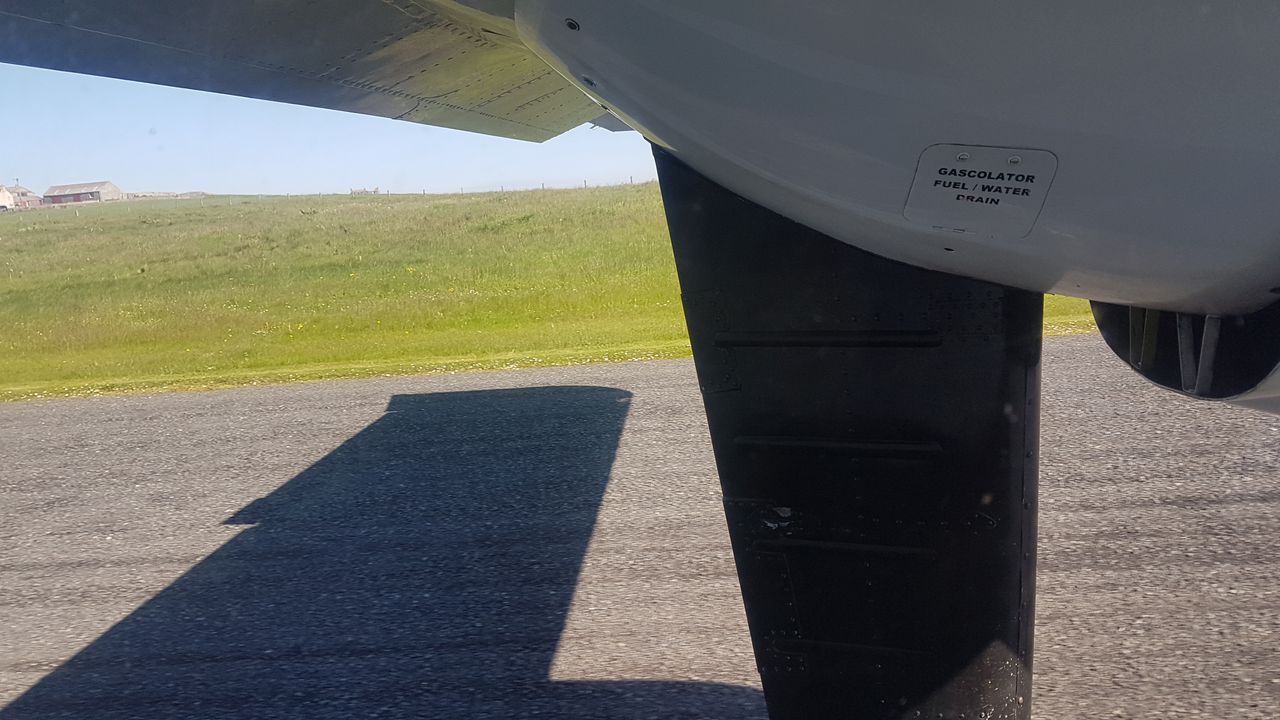 The plane has two seats for the pilots but it is single-pilot certified and is flown by a single pilot. There are 8 passenger seats with four rows of two seats each. There’s no aisle; boarding is directly from the side doors to the seats. There’s no seat allocation at check-in but the ground crew tells you where to sit. There’s of course no cabin crew. 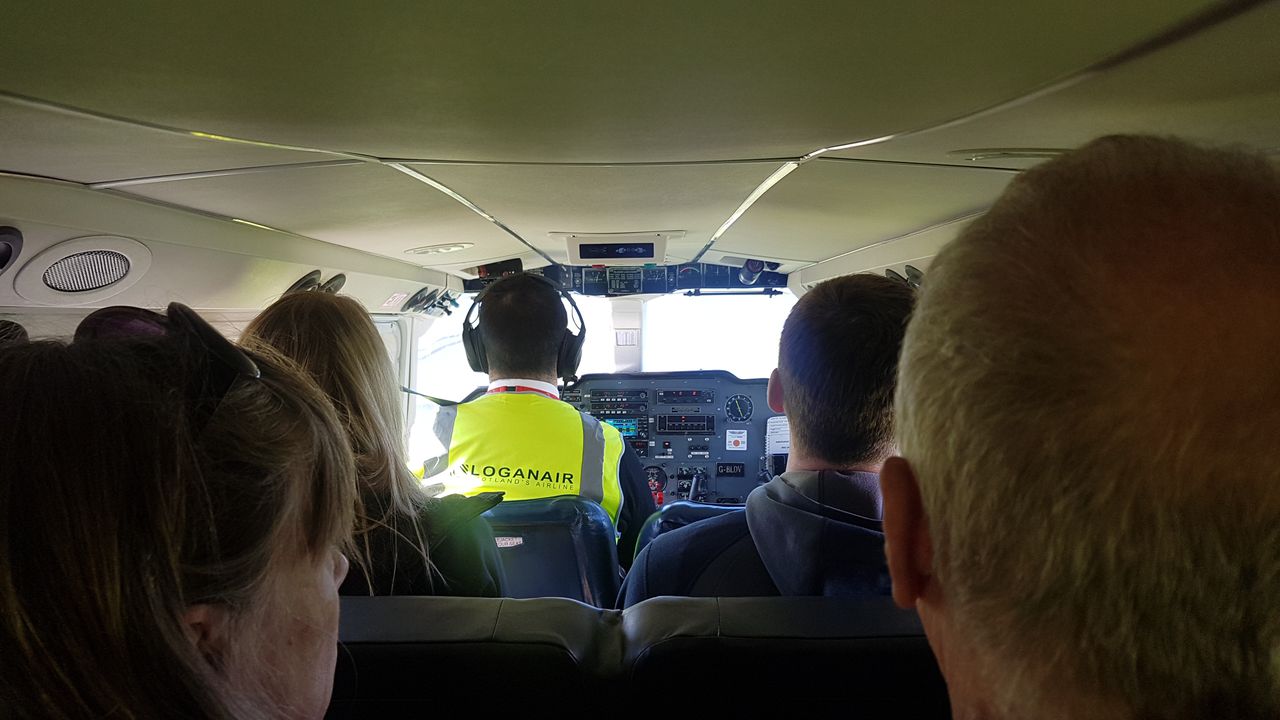 A five-course menu of caviar, foie gras, lobster thermidor, cheese plate and dessert was served after take-off. Euh, no, sorry, this is a different flight review. There was of course no service during this less-than-two-minute flight but we had nice views immediately after take-off 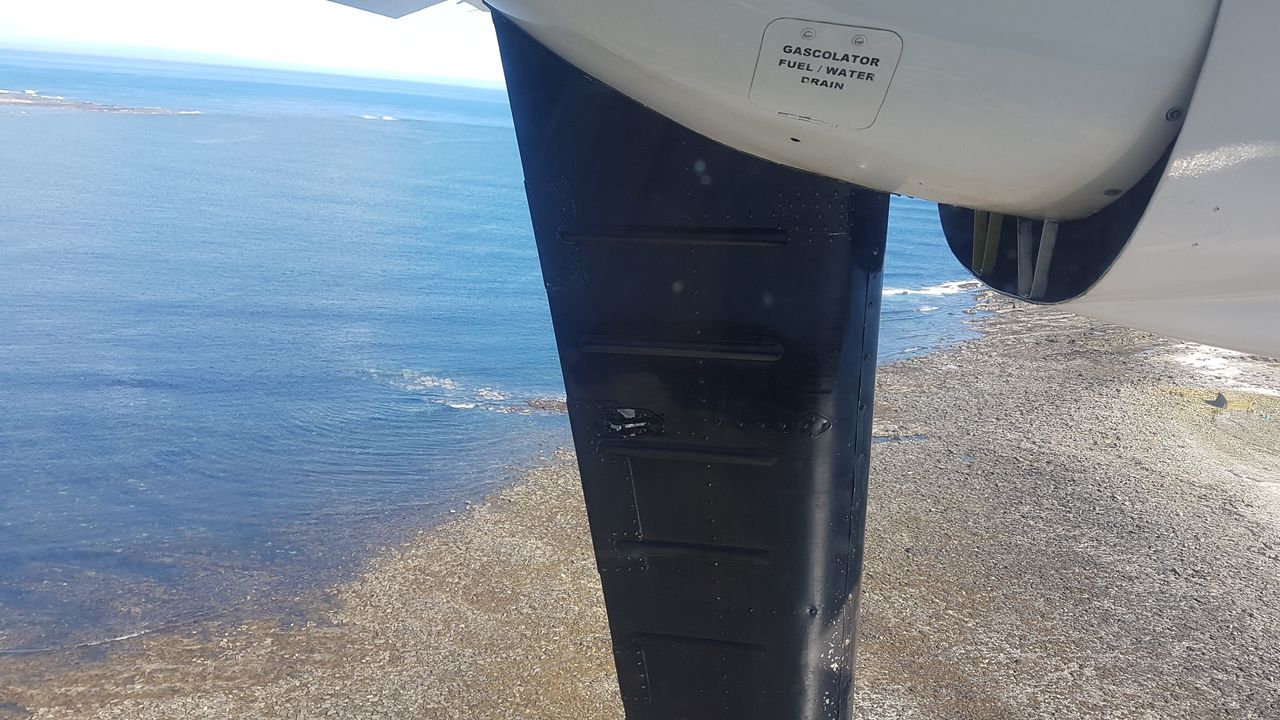 Flying between Westray and Papa Westray 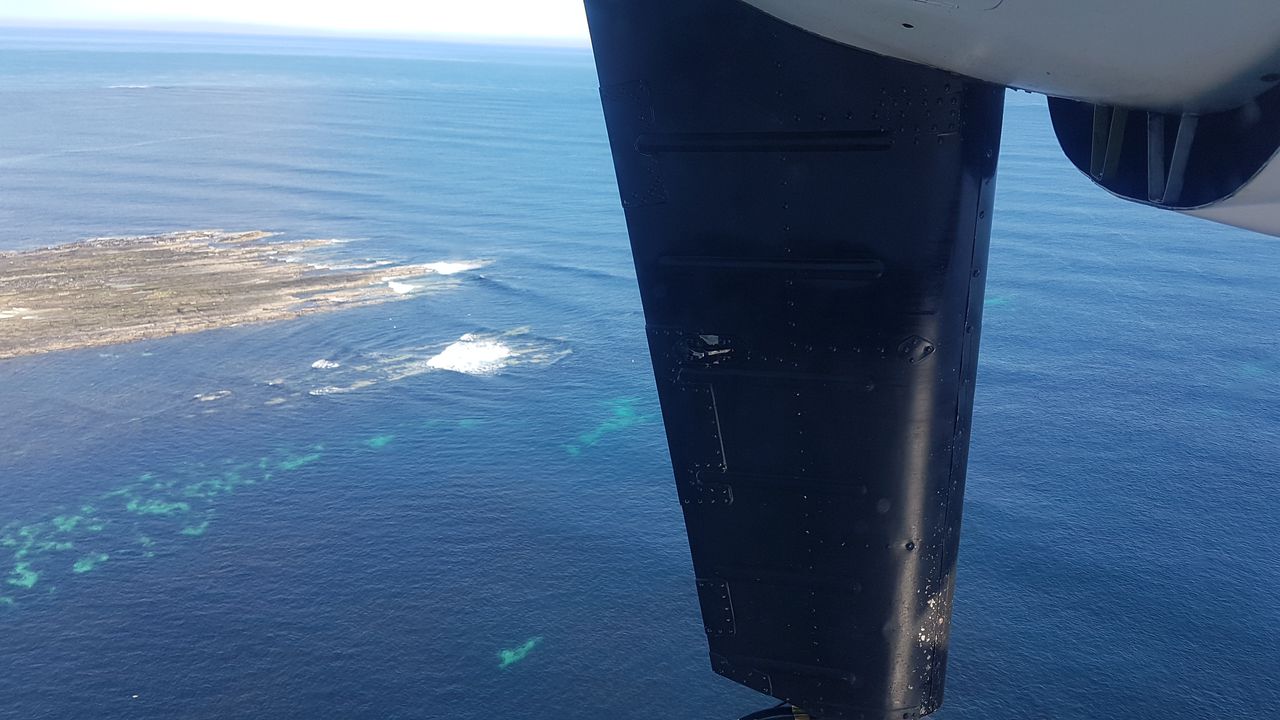 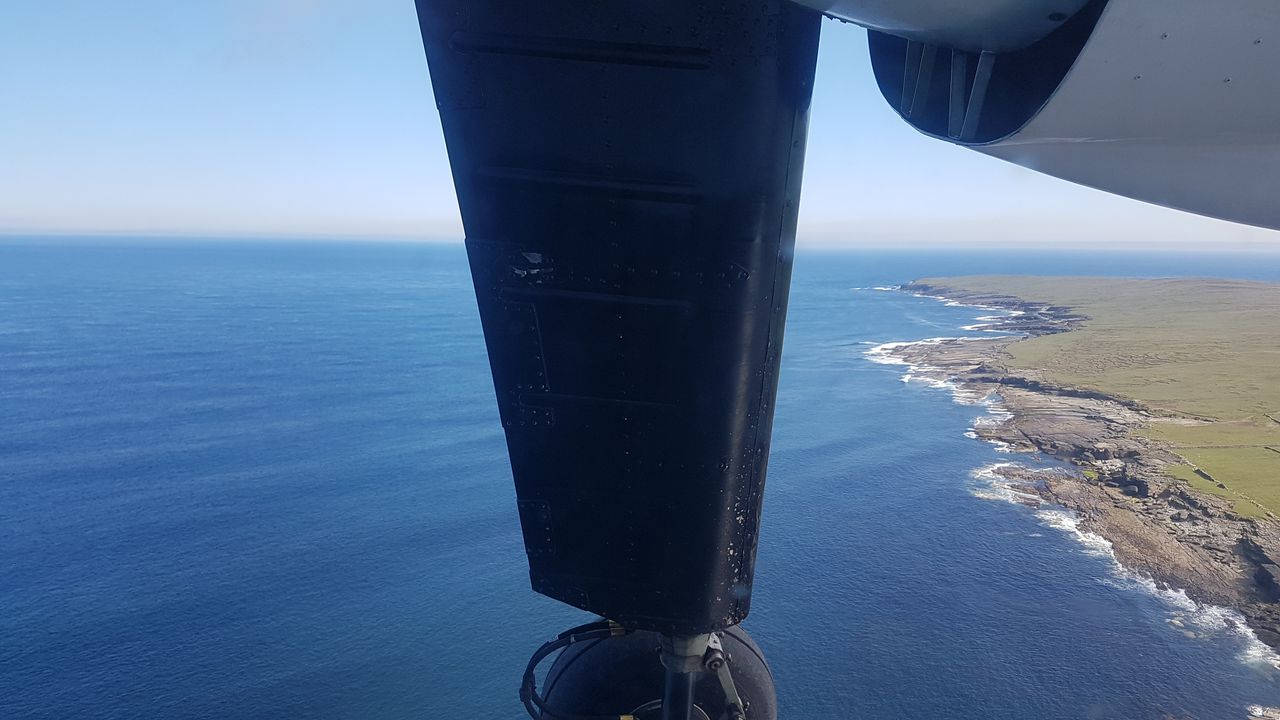 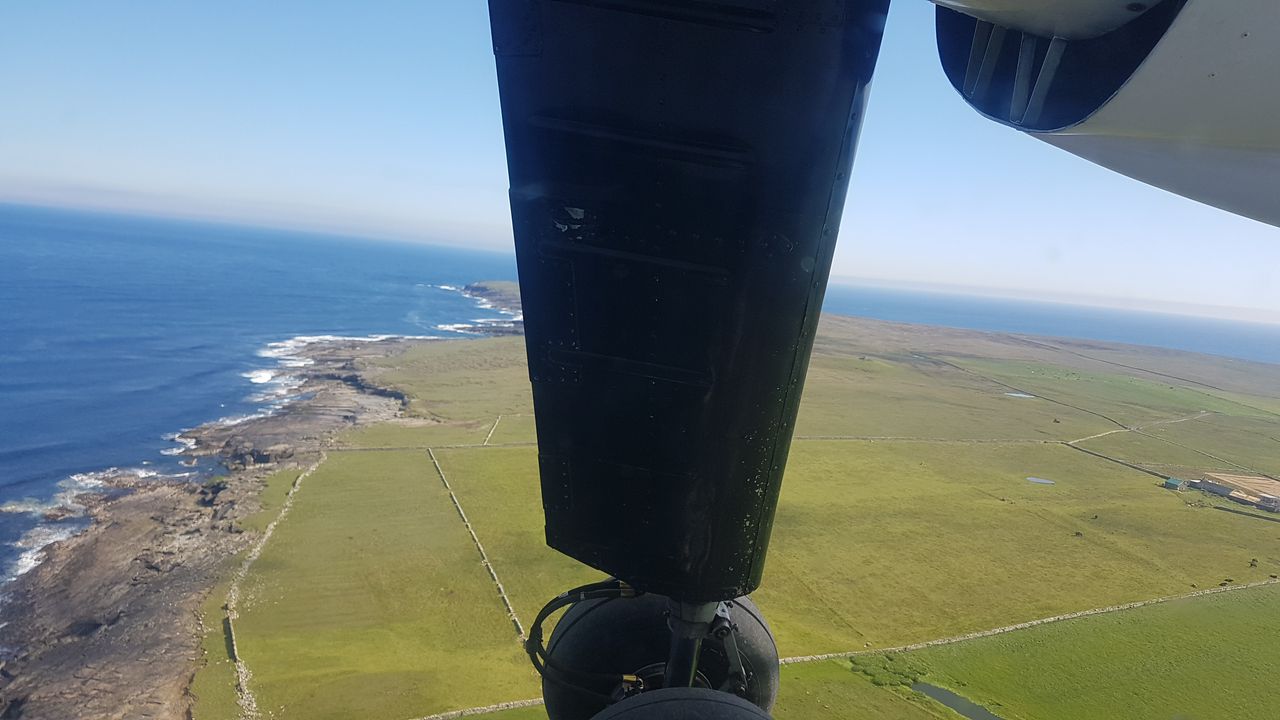 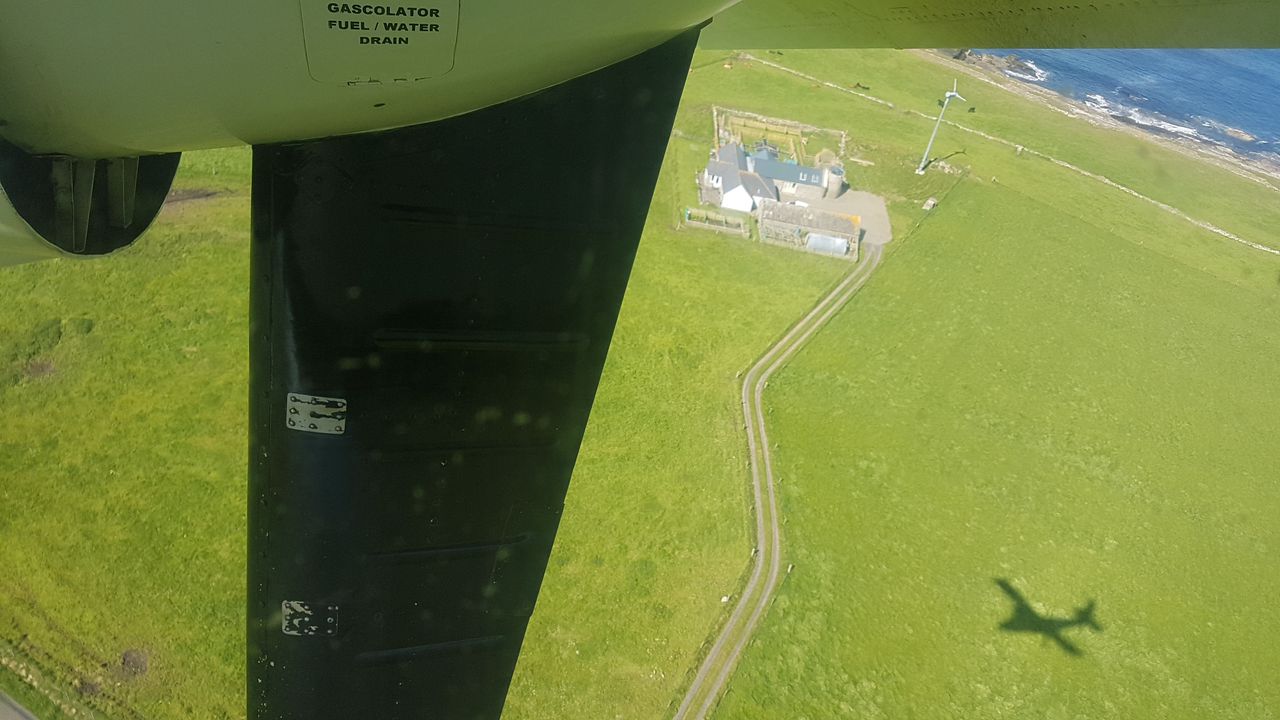 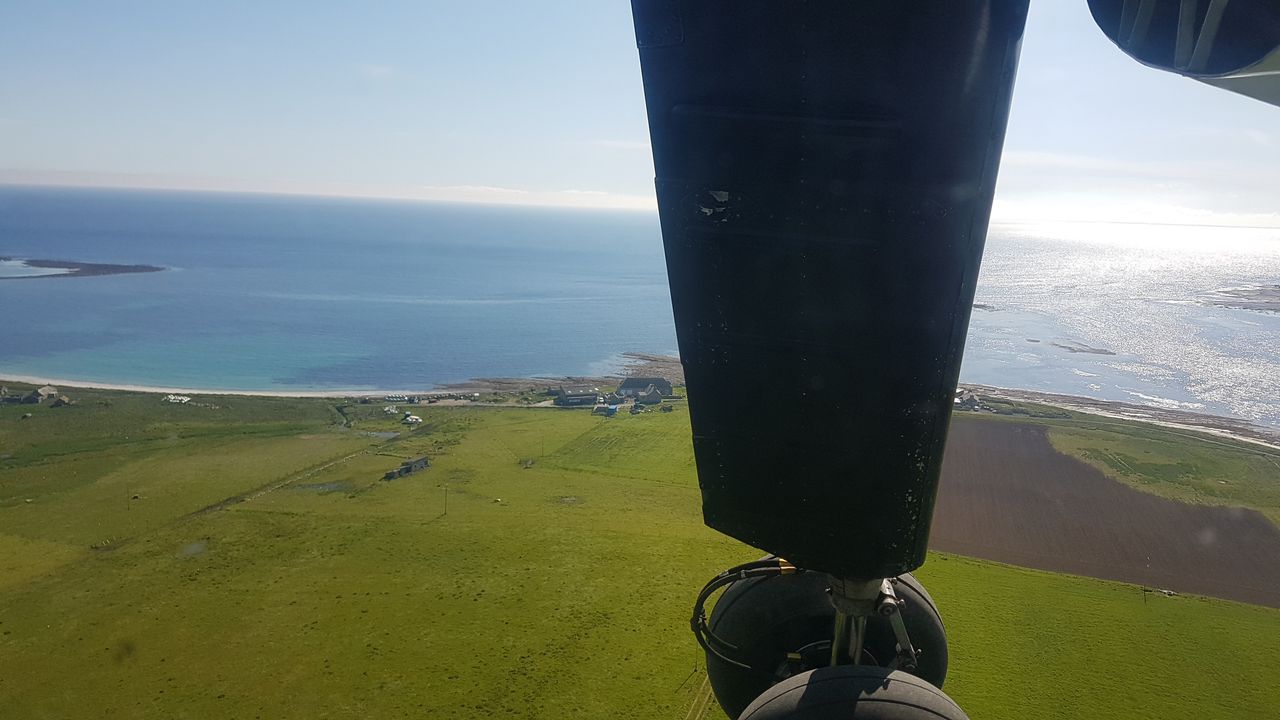 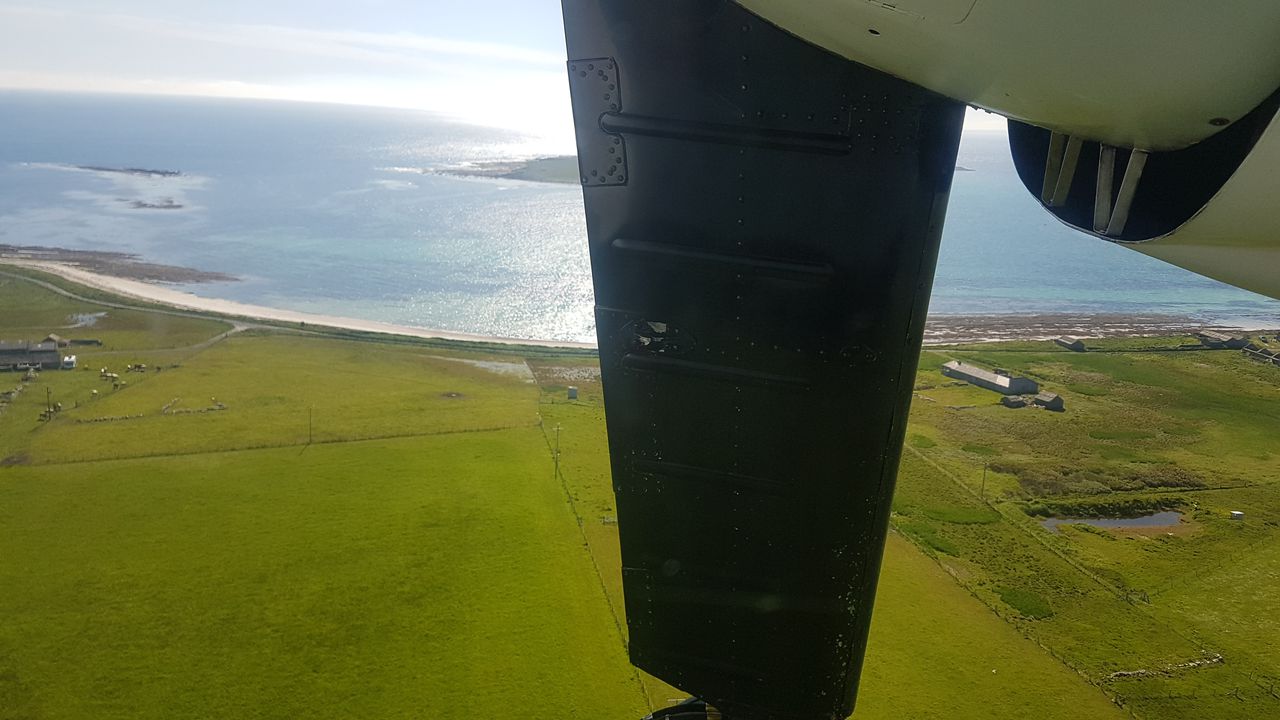 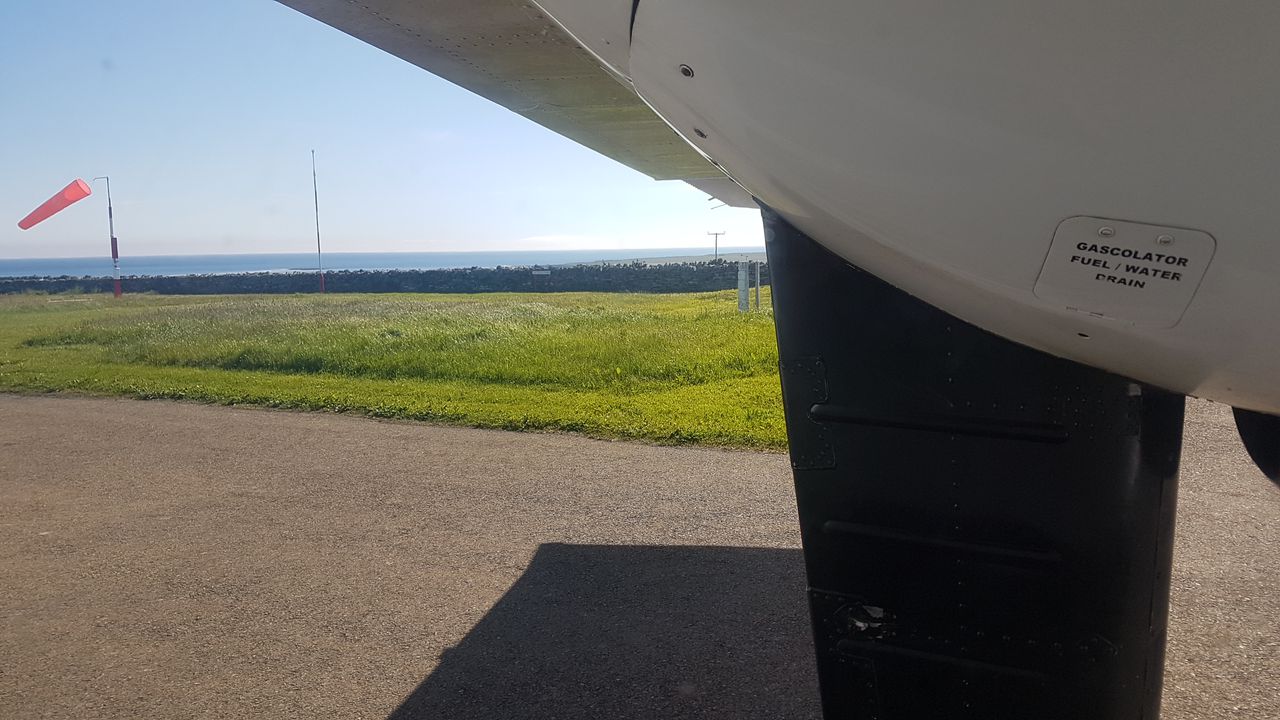 A fire engine is always ready 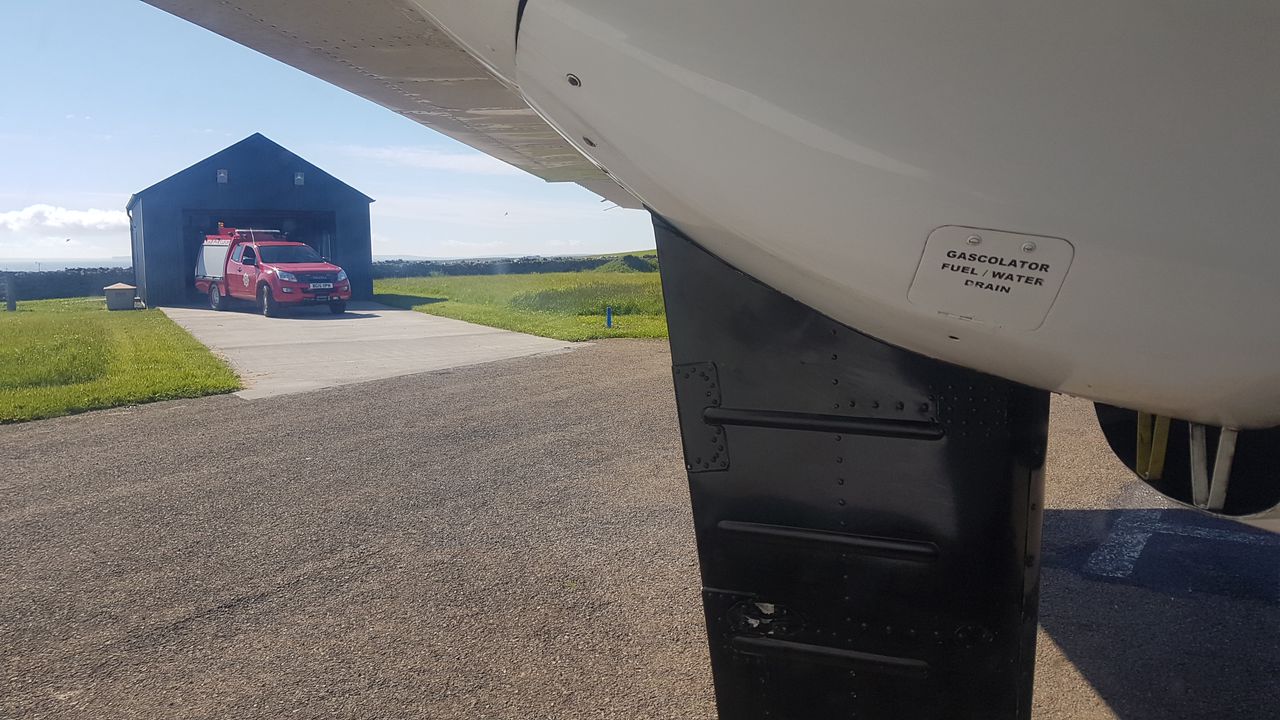 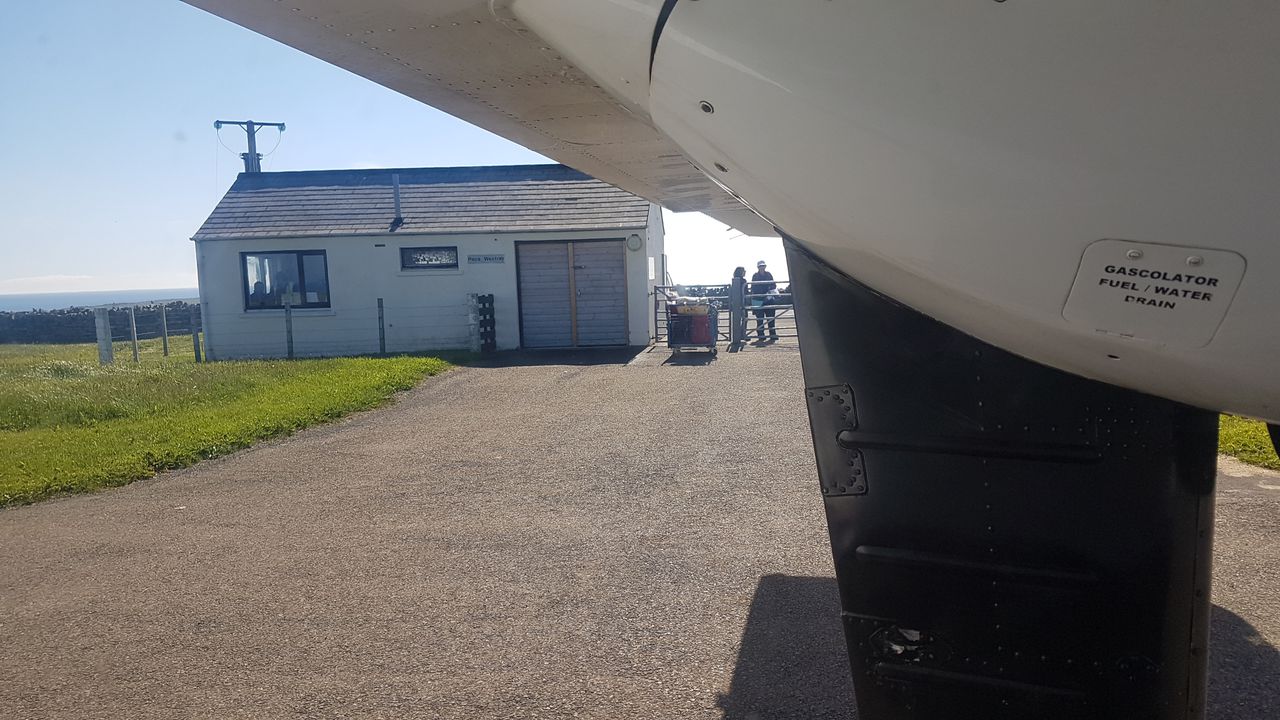 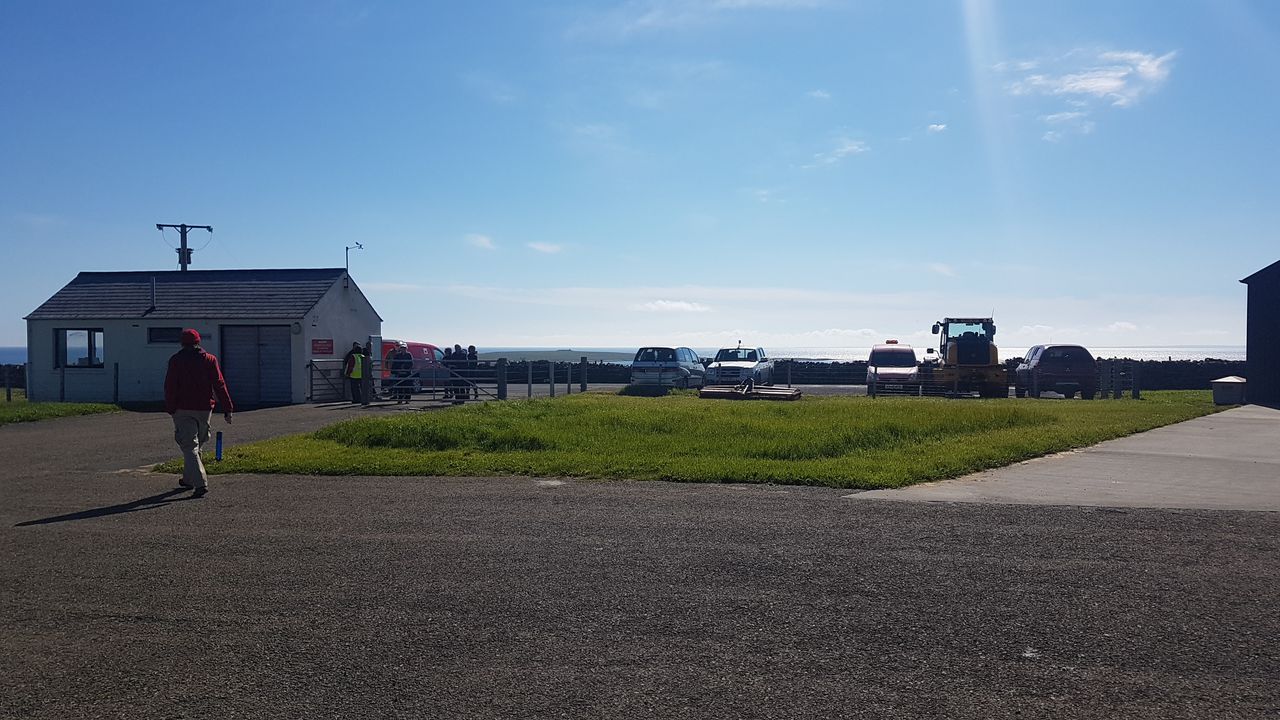 Thank you for reading my flight report and please feel free to comment or to ask any questions.
See more