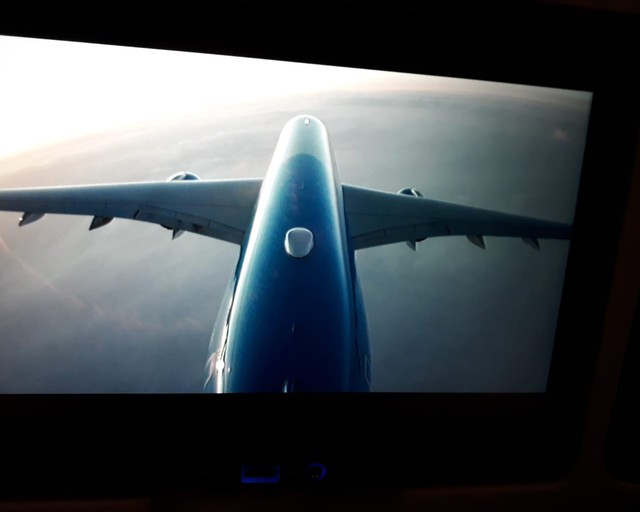 There are just a very few places on earth that can be described as paradise… and I was very lucky to fly to one of them!!
So ladies and gentlemen, welcome to French Polynesia!

Air Caraibes is the parent company of Long haul Low Cost French Bee and so after comparing the tickets and conditions on both websites, we decided to book the flight on the Air Caraibes website so that, even if a bit more expensive, we had a better quality of service: a checked in luggage was included, the meals too etc…

We booked our seats as well as we could as the flught was already mostly booked up.

We downloaded both apps Air Caraibes and French bee apps, as we were unsure on which one to check in, and we finally received a notification from Air Caraibes to do the online Chekcin. 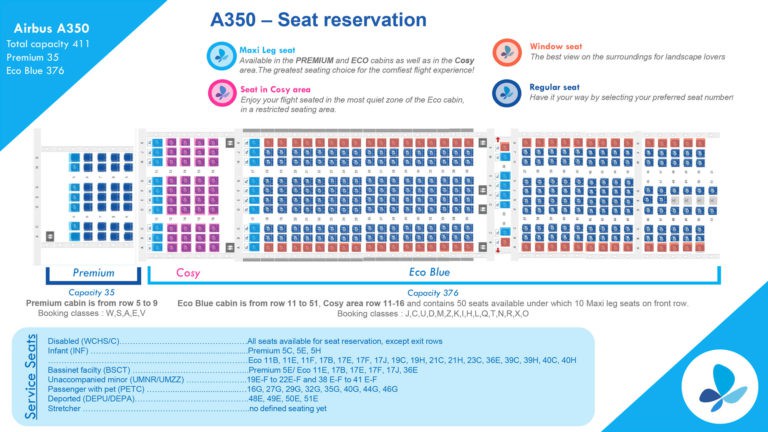 We arrived at Paris Orly Airport by taxi, just about 45 min away from the place we were staying in central Paris.
The airport is going through a huge refurbishment, and especially the South terminal, which from our flight was scheduled.
South terminal is now reorganised as the Hall 4, including the gates E and some extended F gates where our flight was departing from.

We used the checkin counter to drop our luggage, to get our printed boarding pass (just in case) and get our lounge access that we bought a few days earlier! 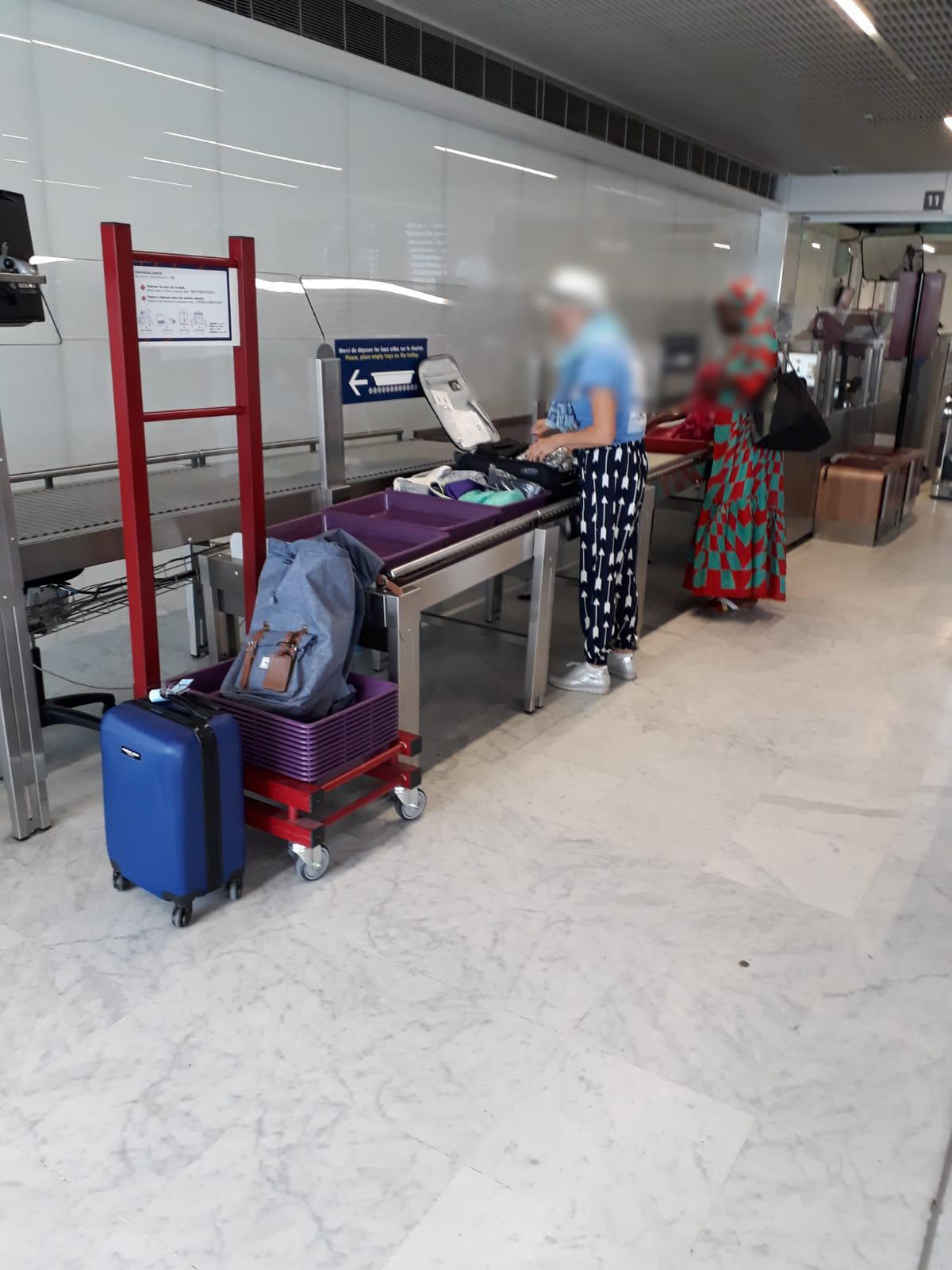 at the icare lounge

The lounge is called Icare and shared with other airlines departing from the terminal 4: Air Caraibes, Corsair…
To access it you need to go through privileged security line that we used and as you can see there was barely anyone… 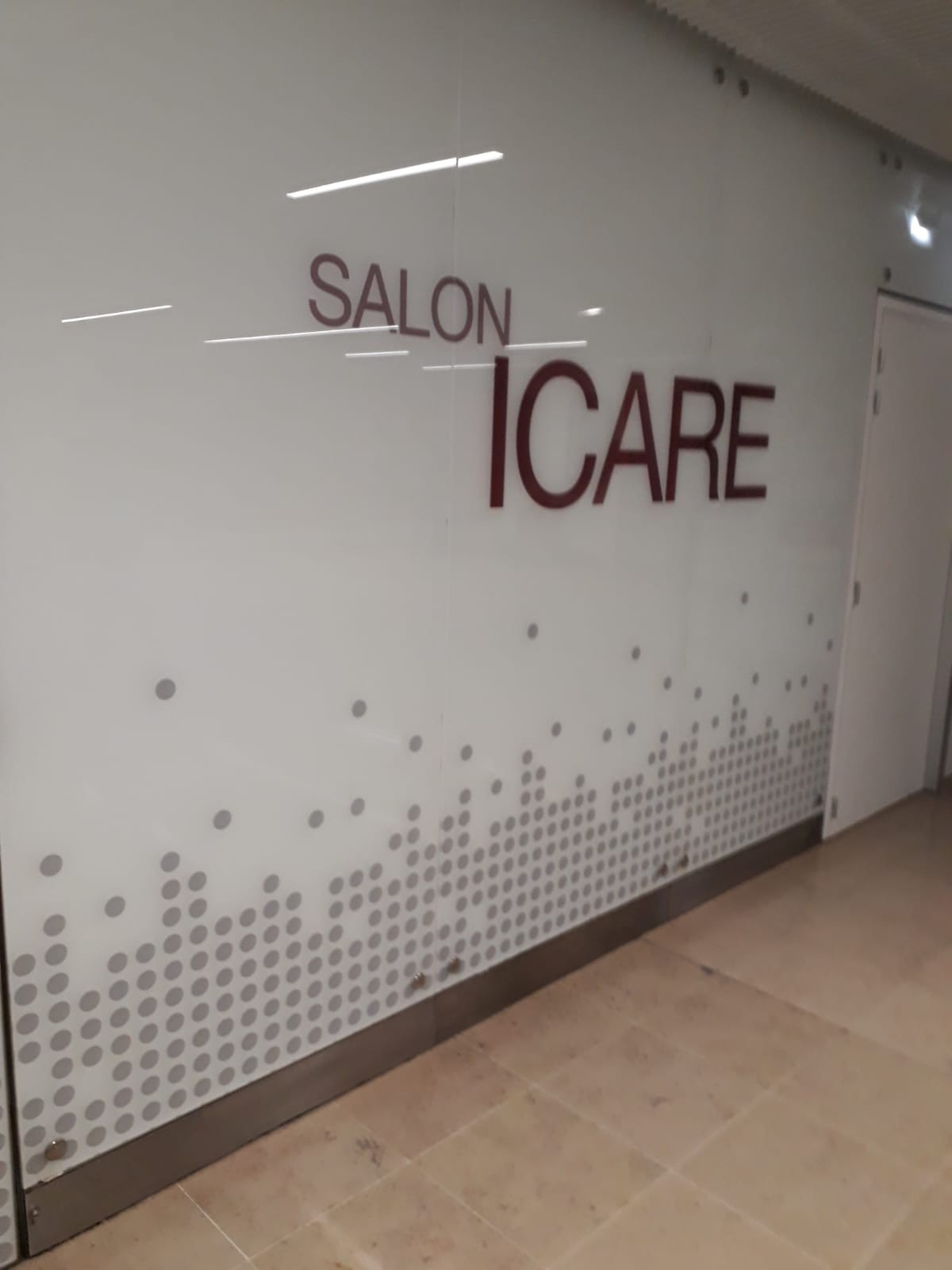 Once there, we had the pleasant surprise to realise we were almost the only ones there! So it almost felt like we were using the Premiere lounge of a major airline…

Lounge is well put together,nicely decorated but not too much neither and features an-above-average list of features:
Internet, AC, wifi, magasines, TVs, refreshments, alcoolic beverages and food and some nice resting areas.
Food was a bit average but there was a high level of variety. 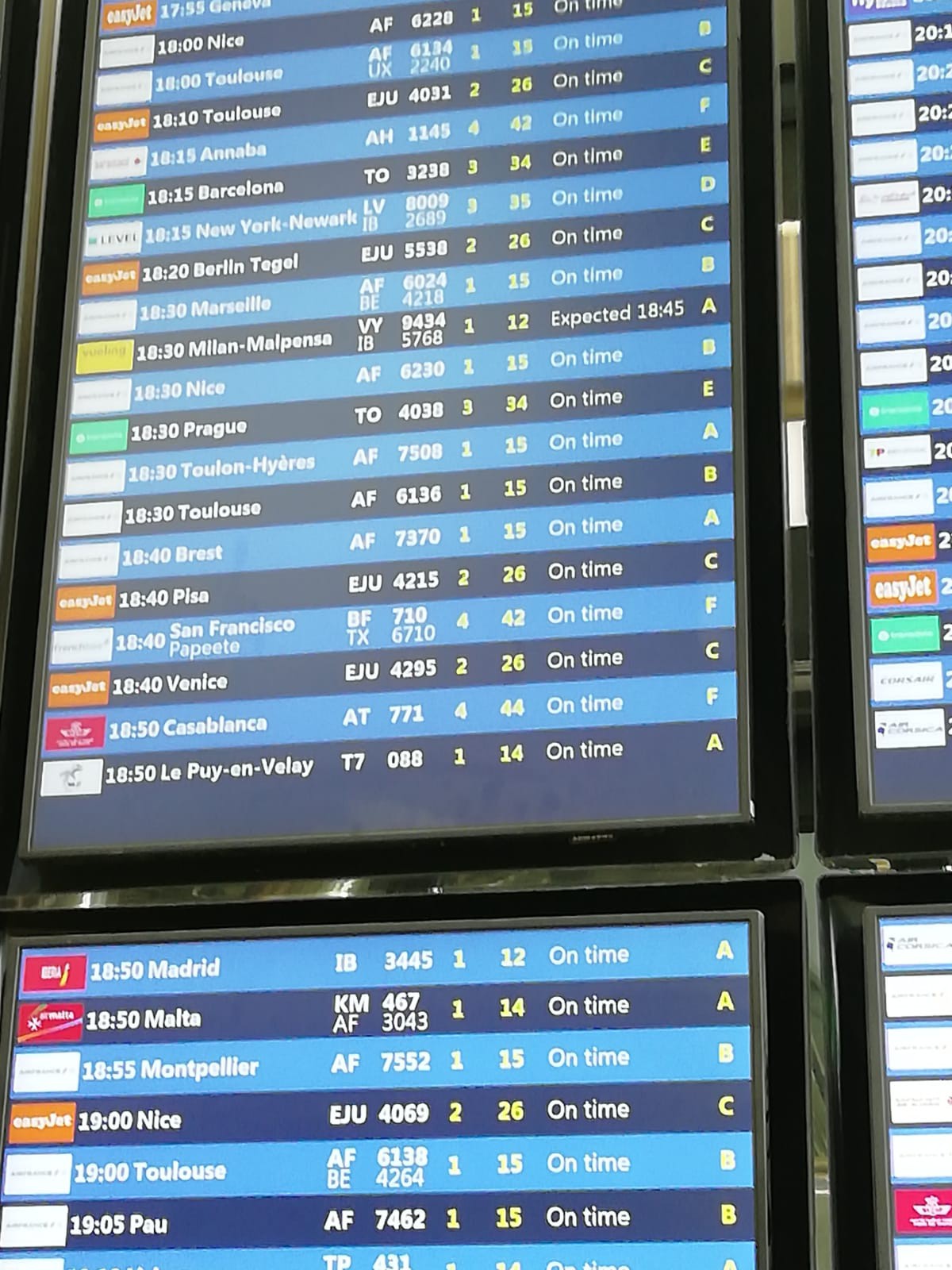 We were checking on the FIDs about our gate and we boarded a few moments after the general boarding announce was made; using our specific priority lane, we were skipping the queue.

Our first time onboard an A350! 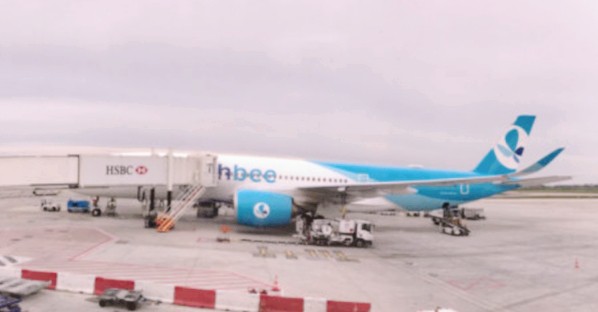 The AvGEEK bit
Created by Air Caraïbes' parent group Debreuil, French bee was established as a long haul low cost carrier targeting routes where airline sister isn't present (Reunion island, Tahiti and initially Punta Cana) And to compete with Corsair XL Airways and above all Air France. It was previously named French Blue but had to change name in January 2018 as JetBlue started to file a complain. Today the airline has 3 A350-900s.

Once on board we reached our seats that unfortunately were in the middle of the cabin so I don't have that many view pictures. The seats were ok, a bit more confortable than i expected, with a pitch of 32inches between seats. However you could tell this is low cost airline since the cabin was configured in a packed 3-4-3 arrengement where the vas majority of airlines opted for the 3-3-3.
Note: The day I wrote this article, French Bee was still advirtises wrongly on its website 3-3-3.

The crew assigned to the cabin seemed friendly and professional which is again, better than i expected for a low cost.

After push back we had the announce by the captain welcoming us aboard the A350XWB.

The taxi was a bit long as we took off on the runway 24 and so we had to taxi in front of all the airport's terminals.

After take off and the seat belt switched off passed 10,000 feet, the crew quickly started their on board service

Just before getting food, we received our Instant Champagne Duo - a champagne with small nibbles - that was an option we paid we thought we deserved! 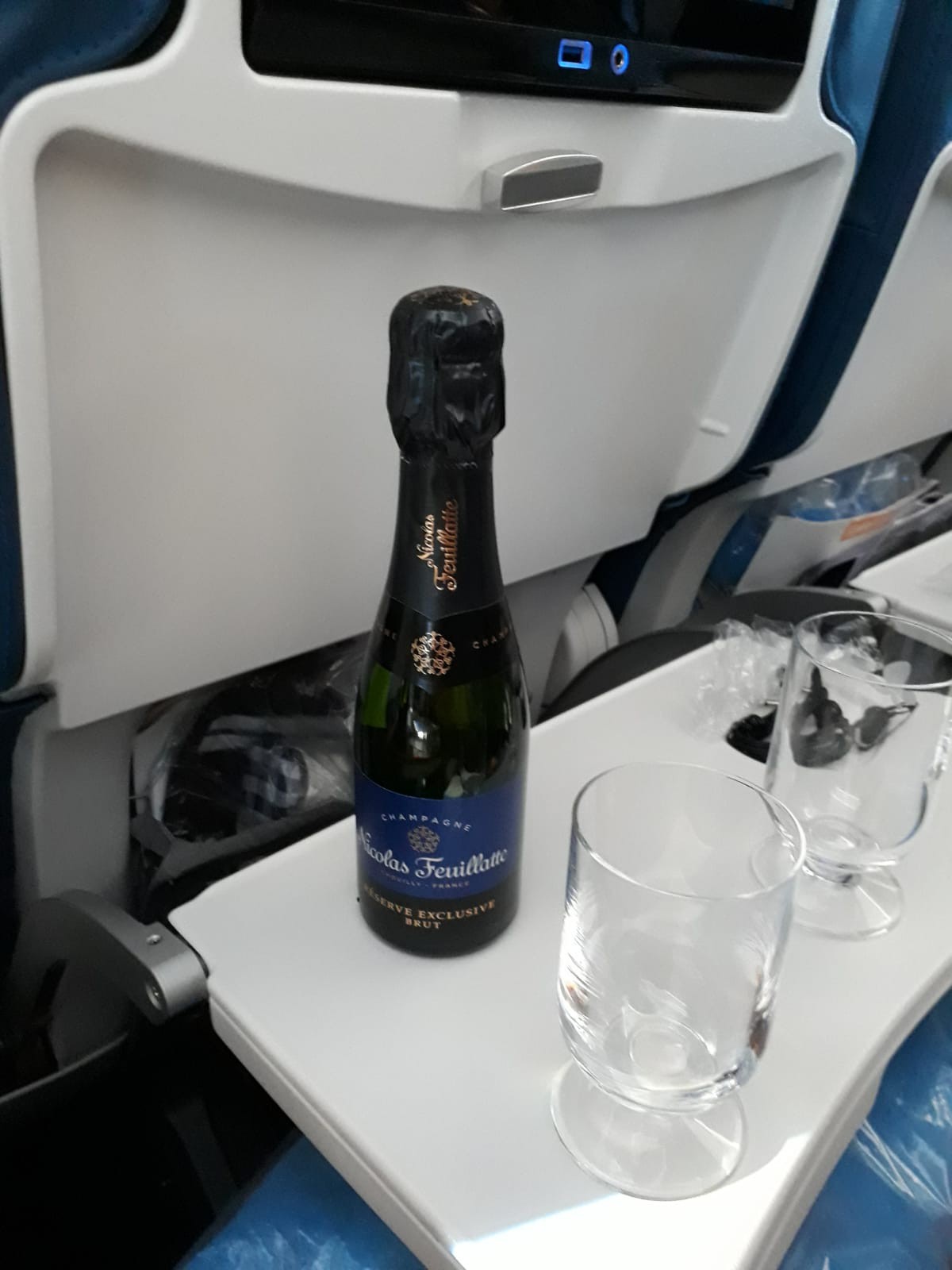 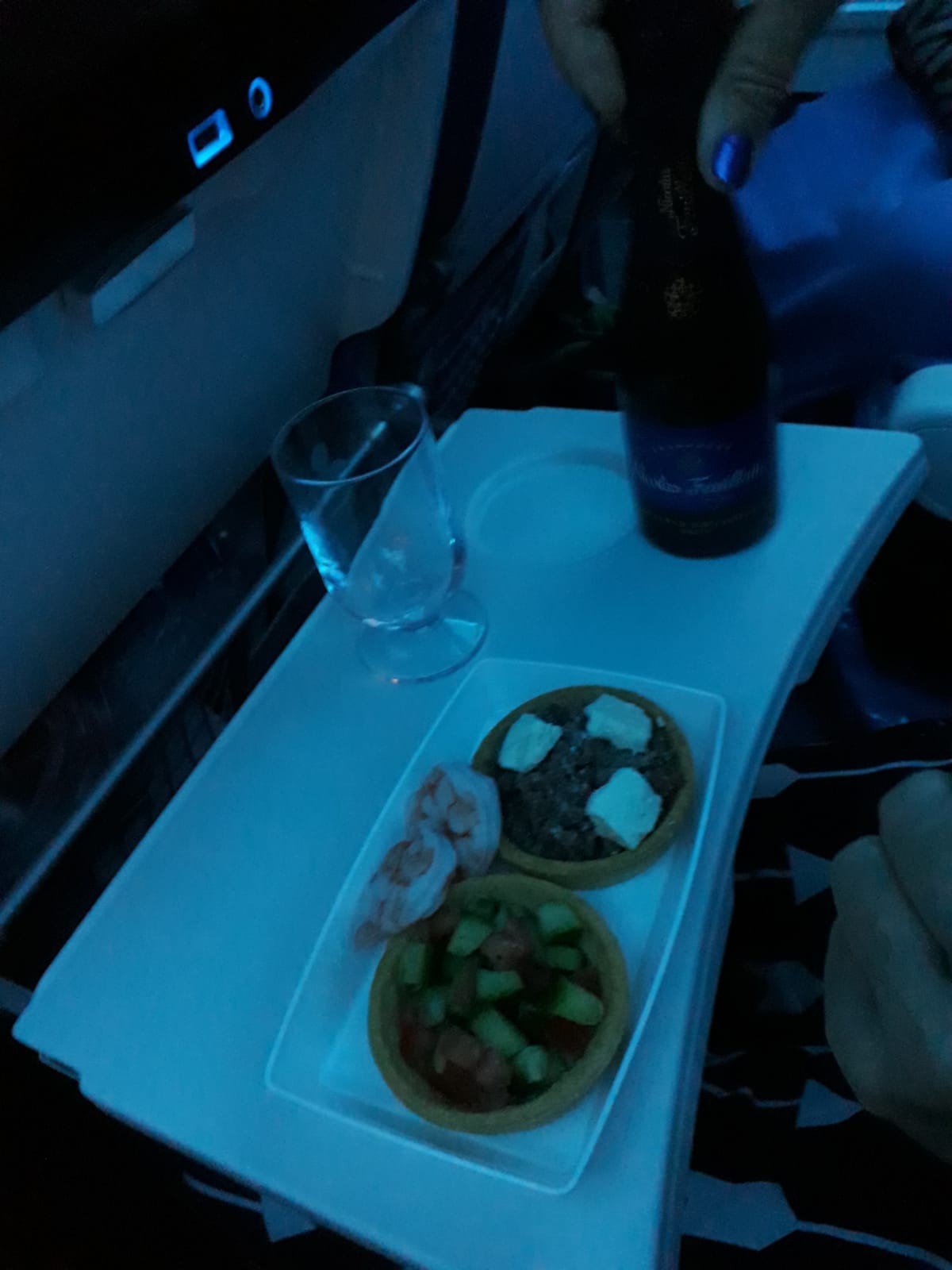 The food service was 3 course meal menu, with couscous as a starter, chicken rice for main, chocolate cake and a piece of bread. The service also included complementary water however the wine was in option. 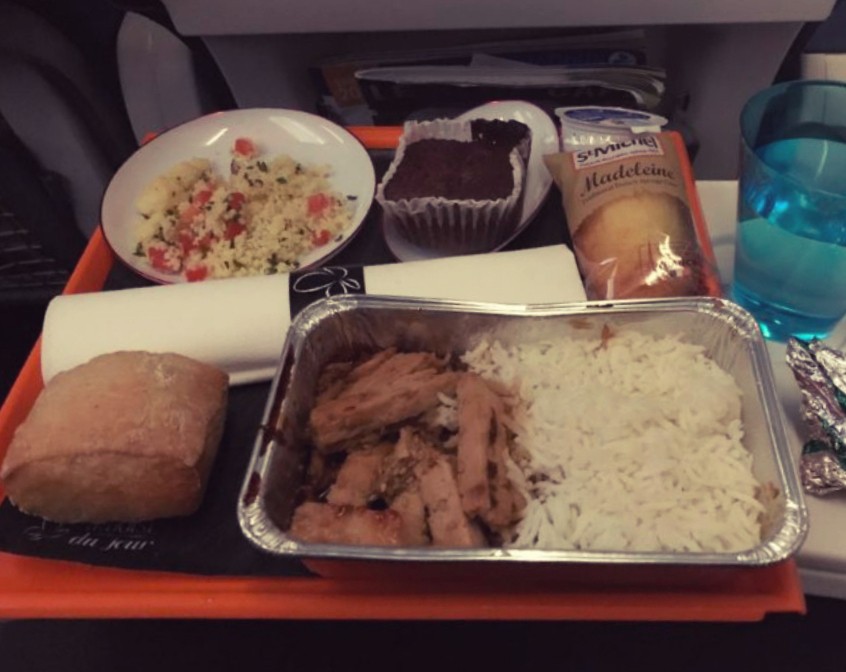 The IFEs were very good and brand new, with loads of options - however the international movies were almost inexistant.
Wifi was offered on board for a reasonable fee. 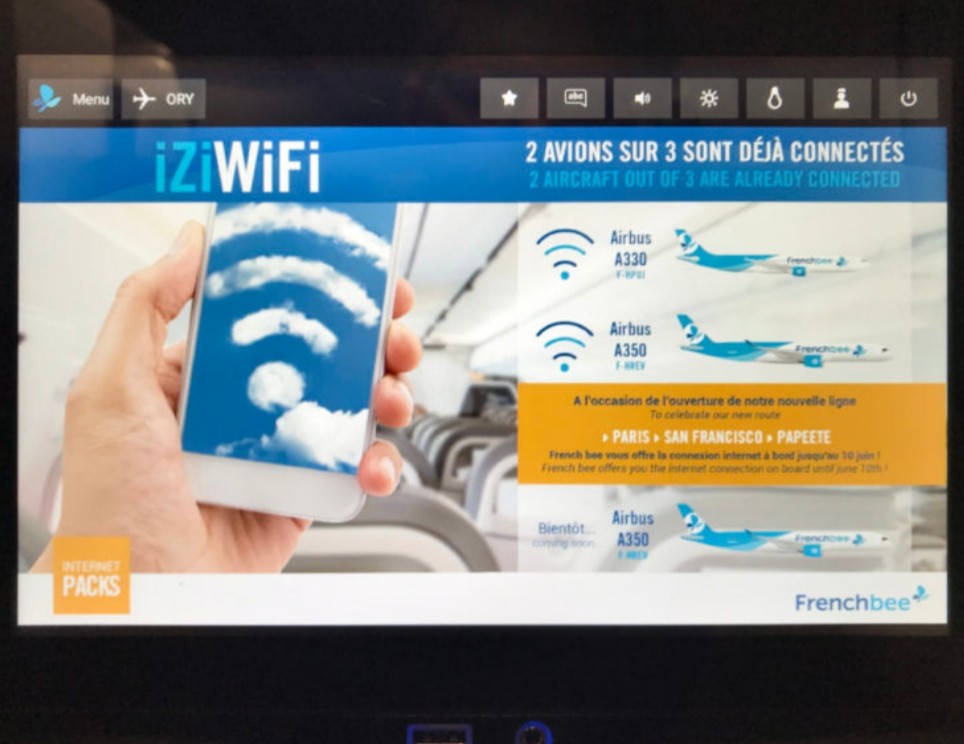 French Bee offers a magasine- that i completey forgot to take pictures of, as usual in the seat pocket in front of me. Also in there the safety instructions still branded as French Blue before the airline rebranded itself as French Bee, to avoid any confusion with JetBlue in the USA. 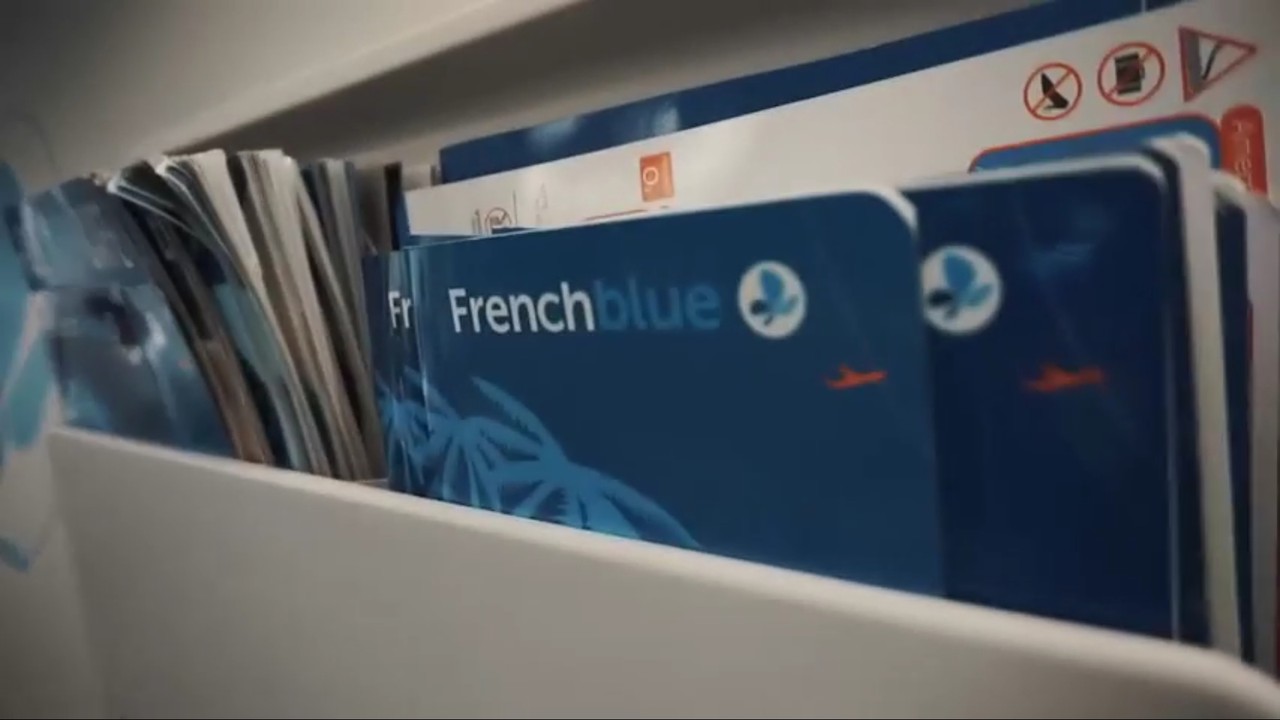 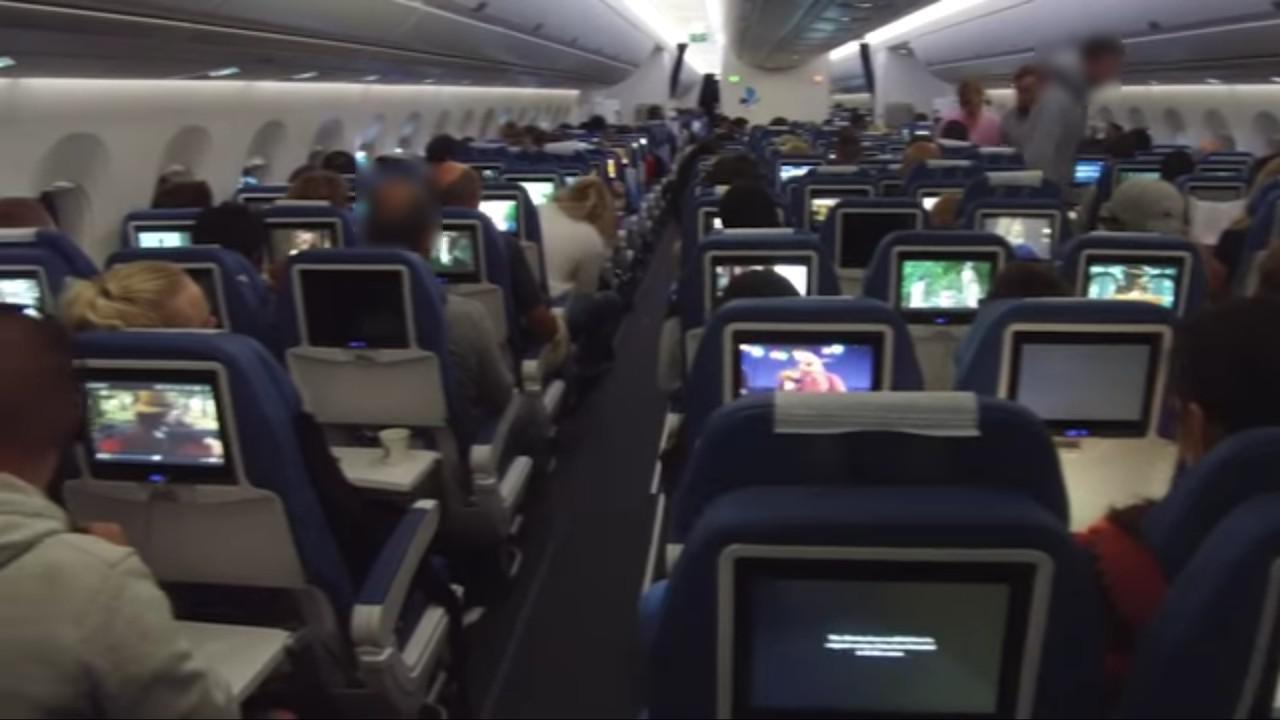 We woke up and went for a walk a few times during the flight especially the next day. We managed to sleep quite well, you could really feel the difference in the air of the cabin with the older generation of aircrafts (A330s, B777s etc)

Just before landing we were offered another quick snack. 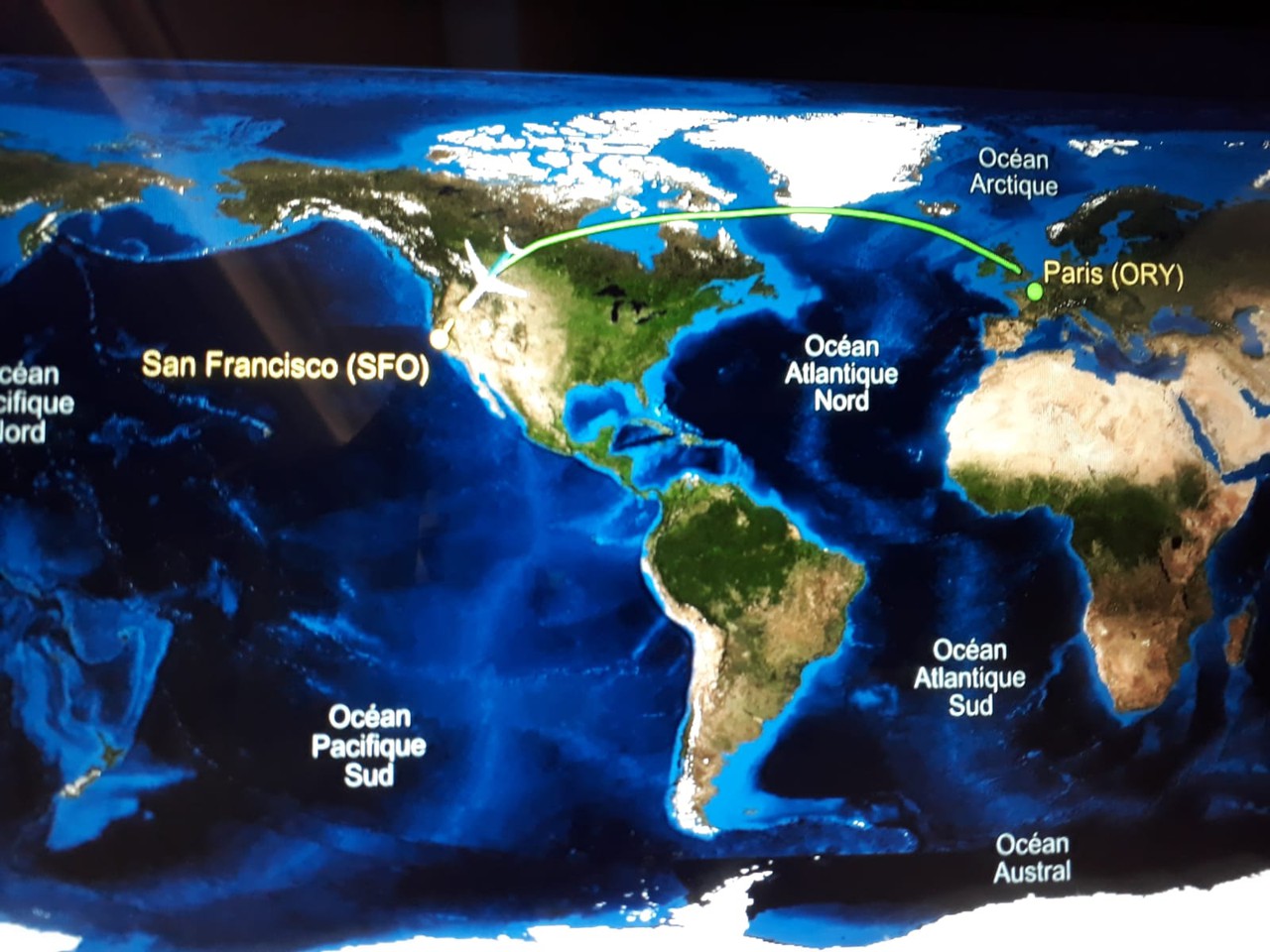 We started our descent To california soon after and on time. 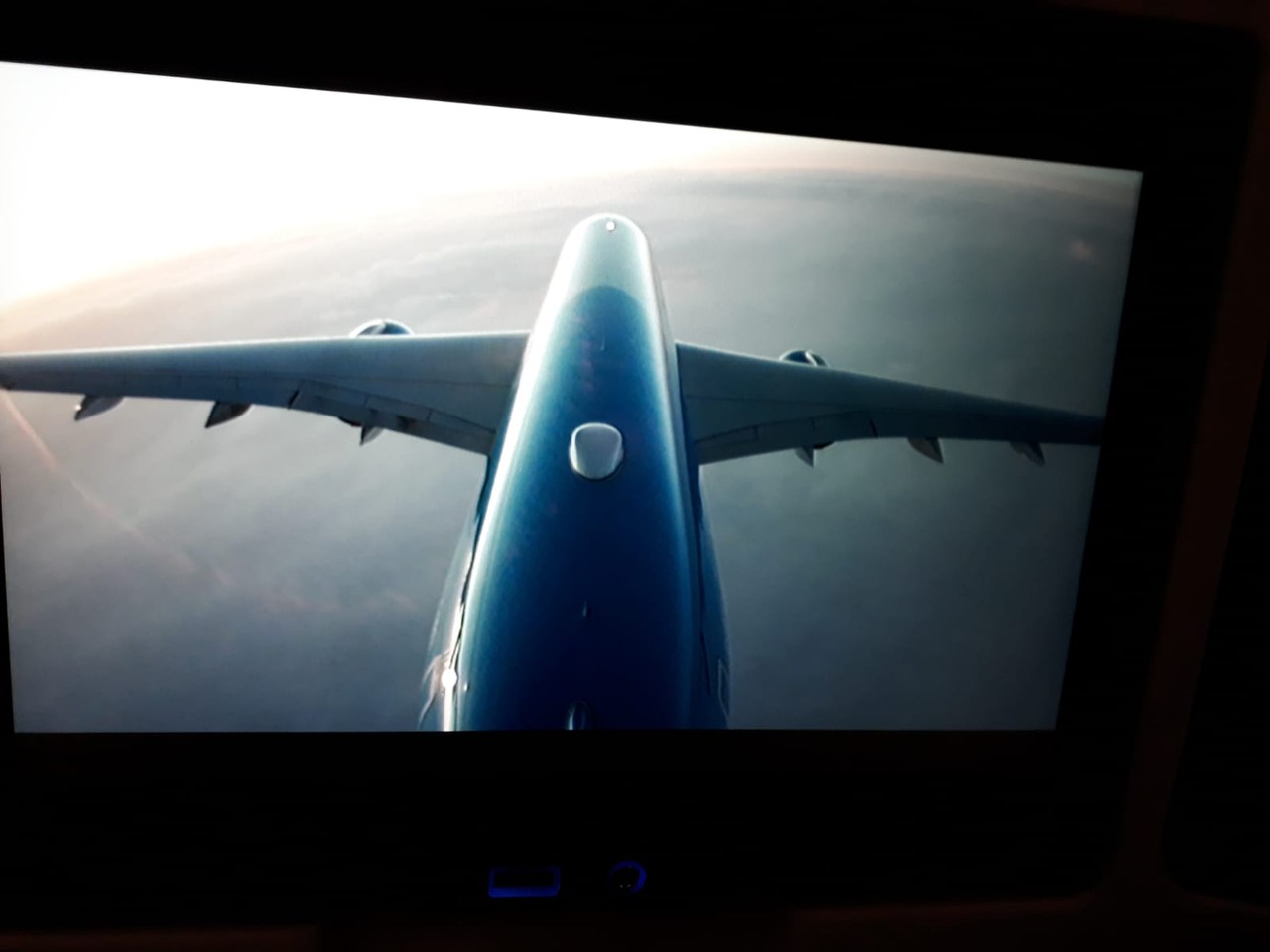 We arrived at KSFO after an 11 hours long flight and quite tired.

We soon after deboarded through the unique jetway. San Francisco airport is really well organised, and unlike Los Angeles, we didn't have to check our bags out and in again, and there was a dedicated pathway for us passengers boarding the plane again to Tahiti.
The only thing was the pasport control, the queue was really long and we didn't feel there was much coordination as we arrived back at the aircraft for the final call, despite us running like crazy.