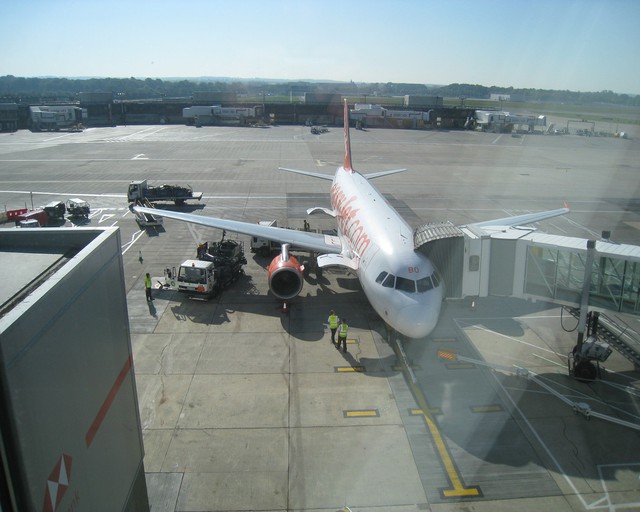 #7 out of 11 Low-cost airlines A minimum of 10 flight-reports within the past two years is required to appear in the rankings. 694 reviews

how i moved to london

Dear flight reporters and flight report readers!
Today i will present an uneventful yet important flight to me: this was the time when I decided to move to London!

Interestingly at the time there was exactly the same amount of choices of airlines to go to UK as today… British Airways and Easyjet direct, Air France and Lufthansa with a stop. We opted for easyjet, not so much because of the low fare offered but because, and I must say regretably, I didn't think I was belonging to the major airlines world (at least for european routes).

I booked my single ticket to London Gatwick on the easyjet website, adding the extra checkin suitcases (2!) for a sum I unfortunately don't remember. 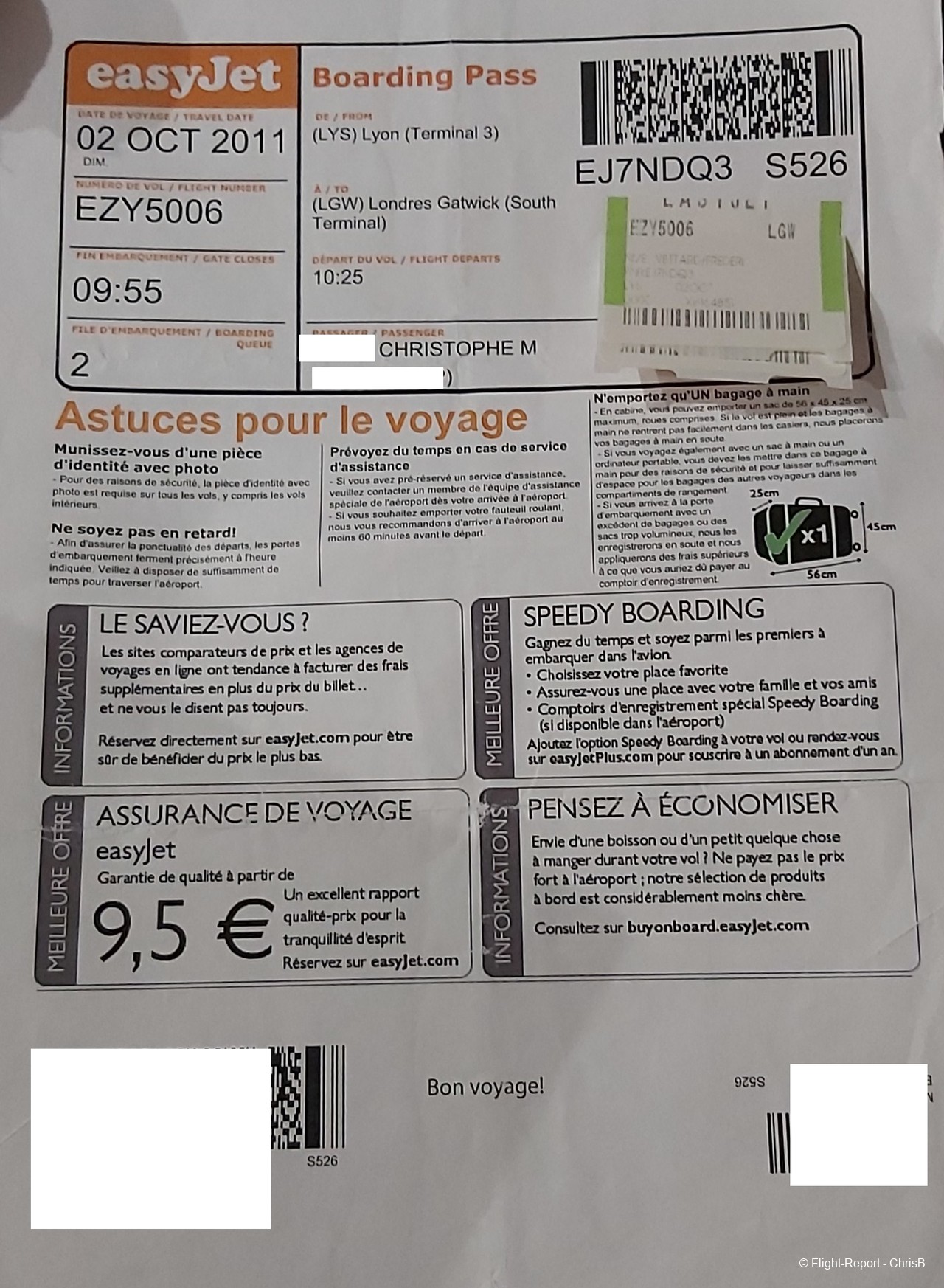 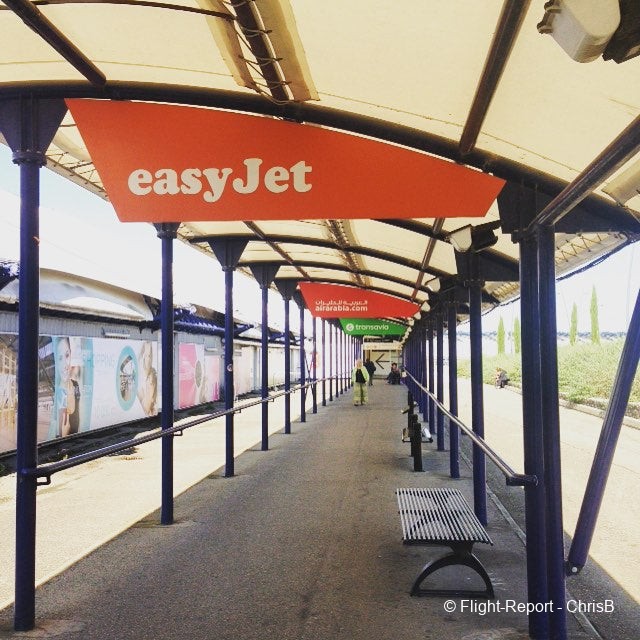 We arrived at lyon Saint Exupery Airport, at the terminal 1, at the time there was no specific low cost terminal like today, the checkin was done at that part of the airport.

Once the luggage dropped, we went through security quickly and went to the part of the terminal where you were driven by a bus to the plane, parked where there is now the newer terminal 1A

Our bird today was an Airbus A319 that easyjet received in 2007, so just 4 years before. 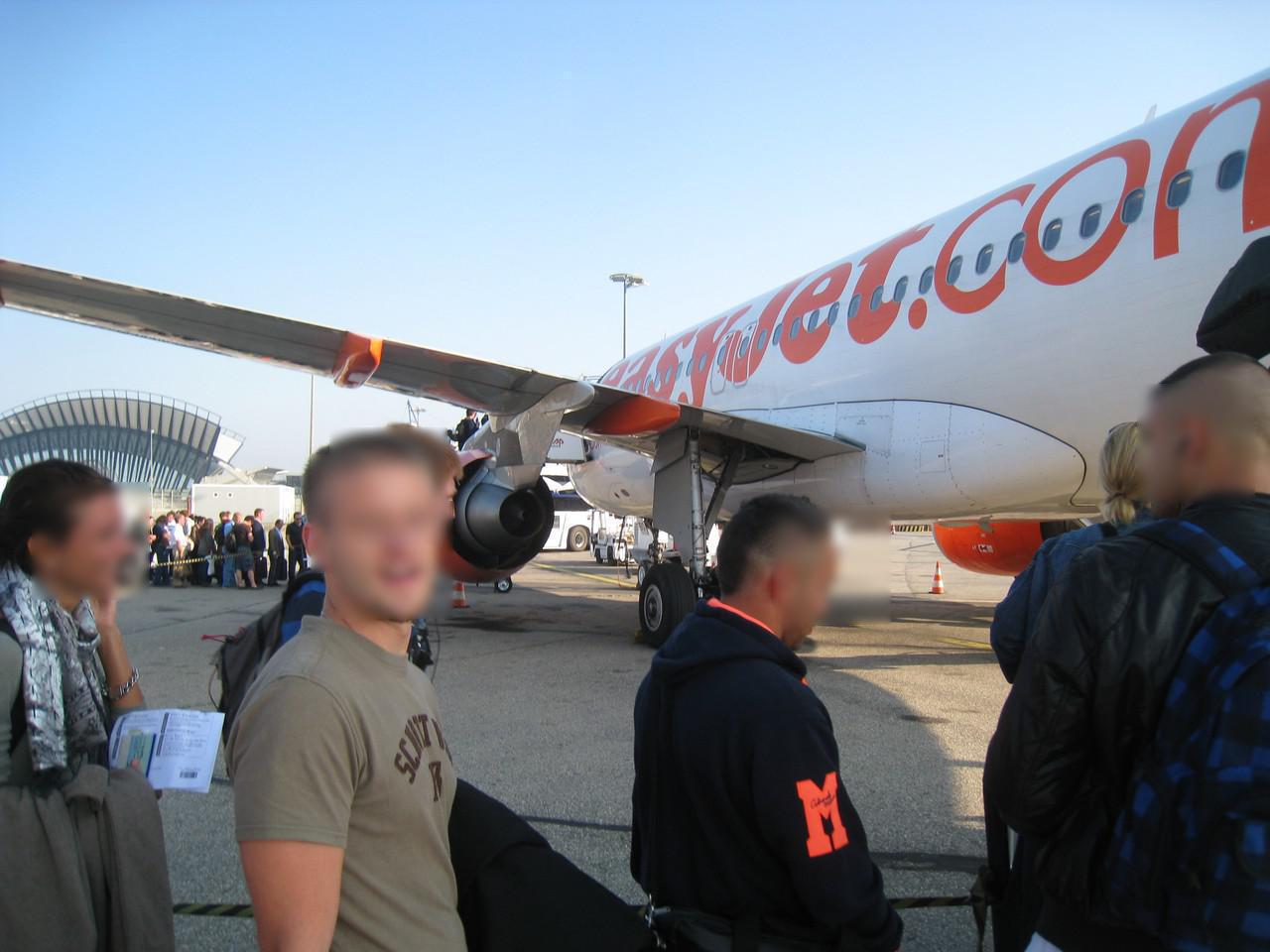 The seats were clean and that is about all, when you choose easyjet it is not really for the comfort, although it is not the worse low cost carrier from that perspective. 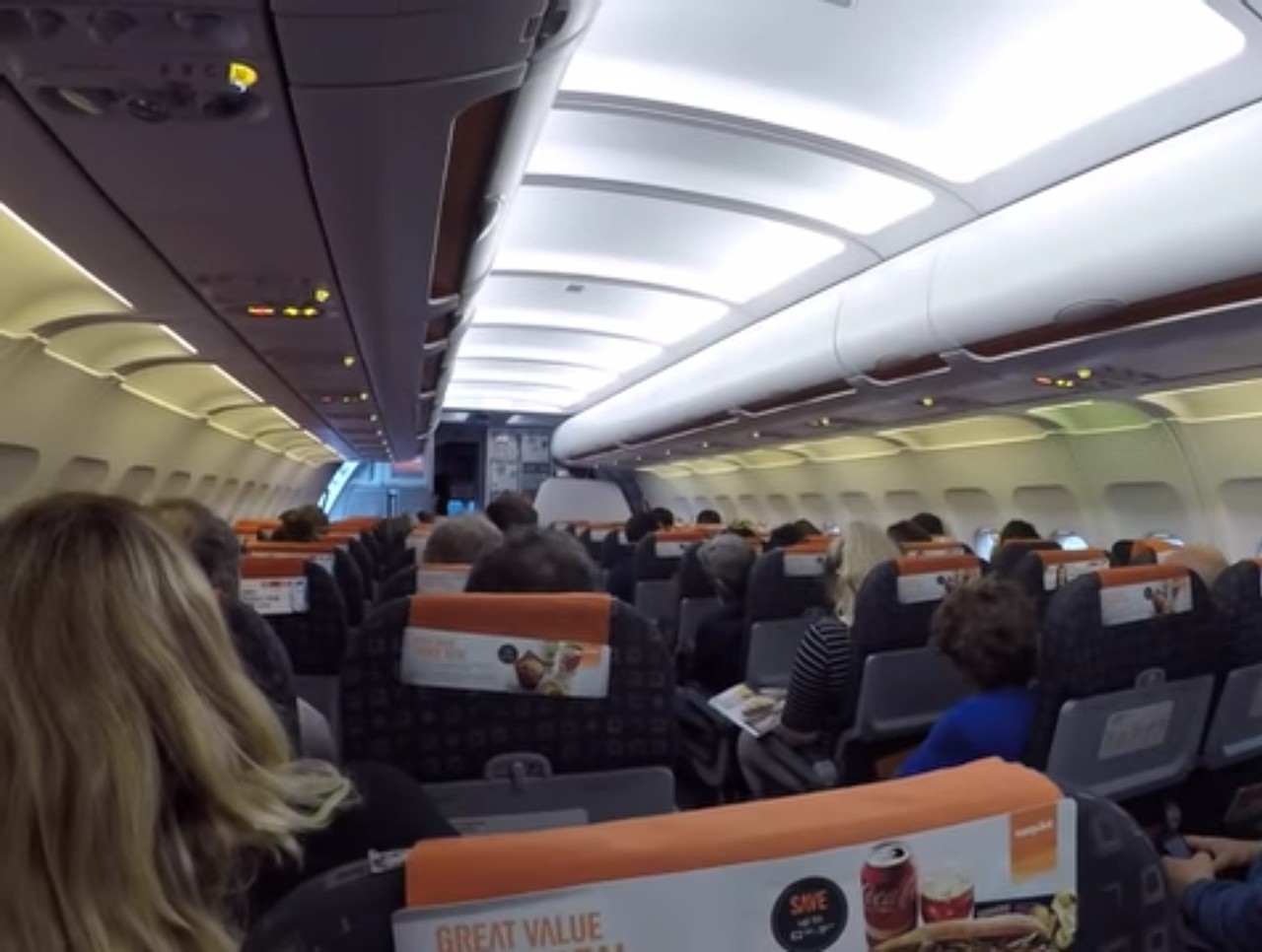 After push back we had the regular announce by the english captain in both english and he made an effort to also make it in french.
The safety procedures explained in the old fashion way by the crew.

We were taxiing for a very short time as the plane was parked next to the runway 36L, where from we rapidly took off.

After take off and the seat belt switched off passed 10,000 feet, the crew quickly started their on board service and i don't recall buring anything from the onboard menu.

I can't remember if Easyjet opened a base in Lyon yet at the time or not but as you can see the flight was almost full.

The usual and orange safety card, still on board nowadays. 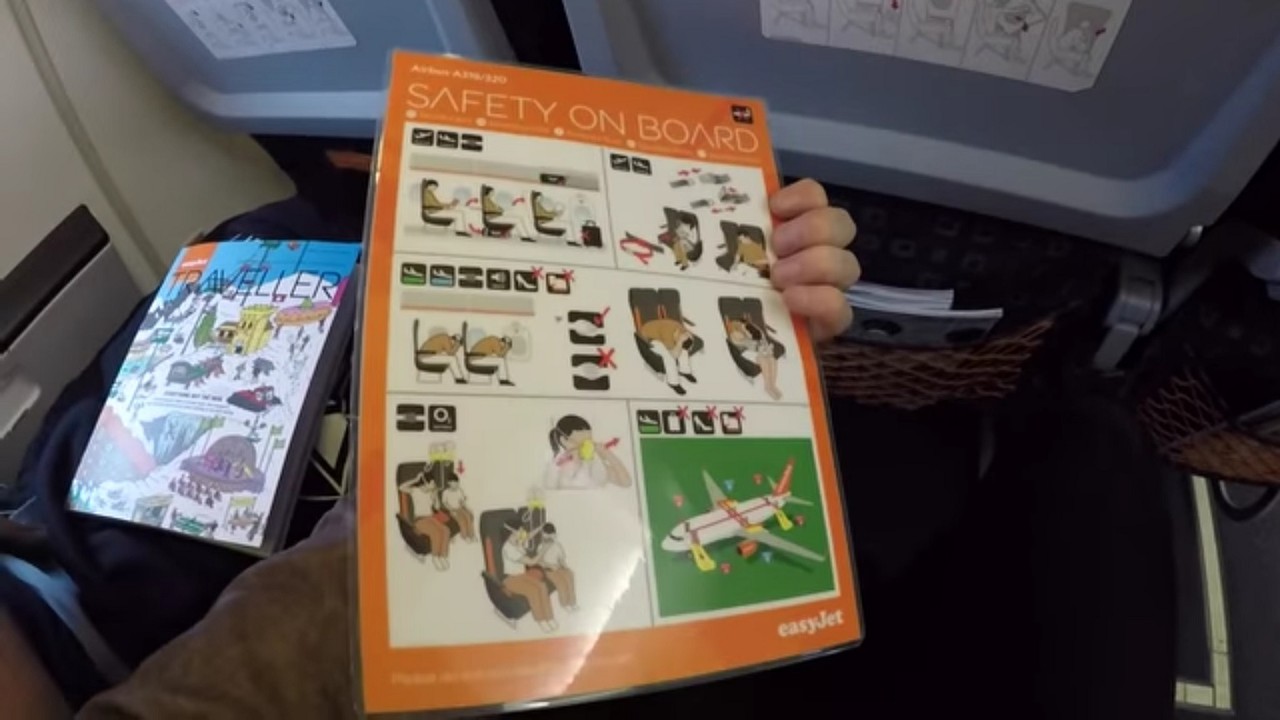 Enter text here…The flight seemed loooooong - as it was my first flight going to London, i didn't realise that time window will become short for me later on!!

We started our descent above a sunny english channel, made a left turn and landed at gatwick airport on runway 26L…

Some old views of Gatwick airport.. 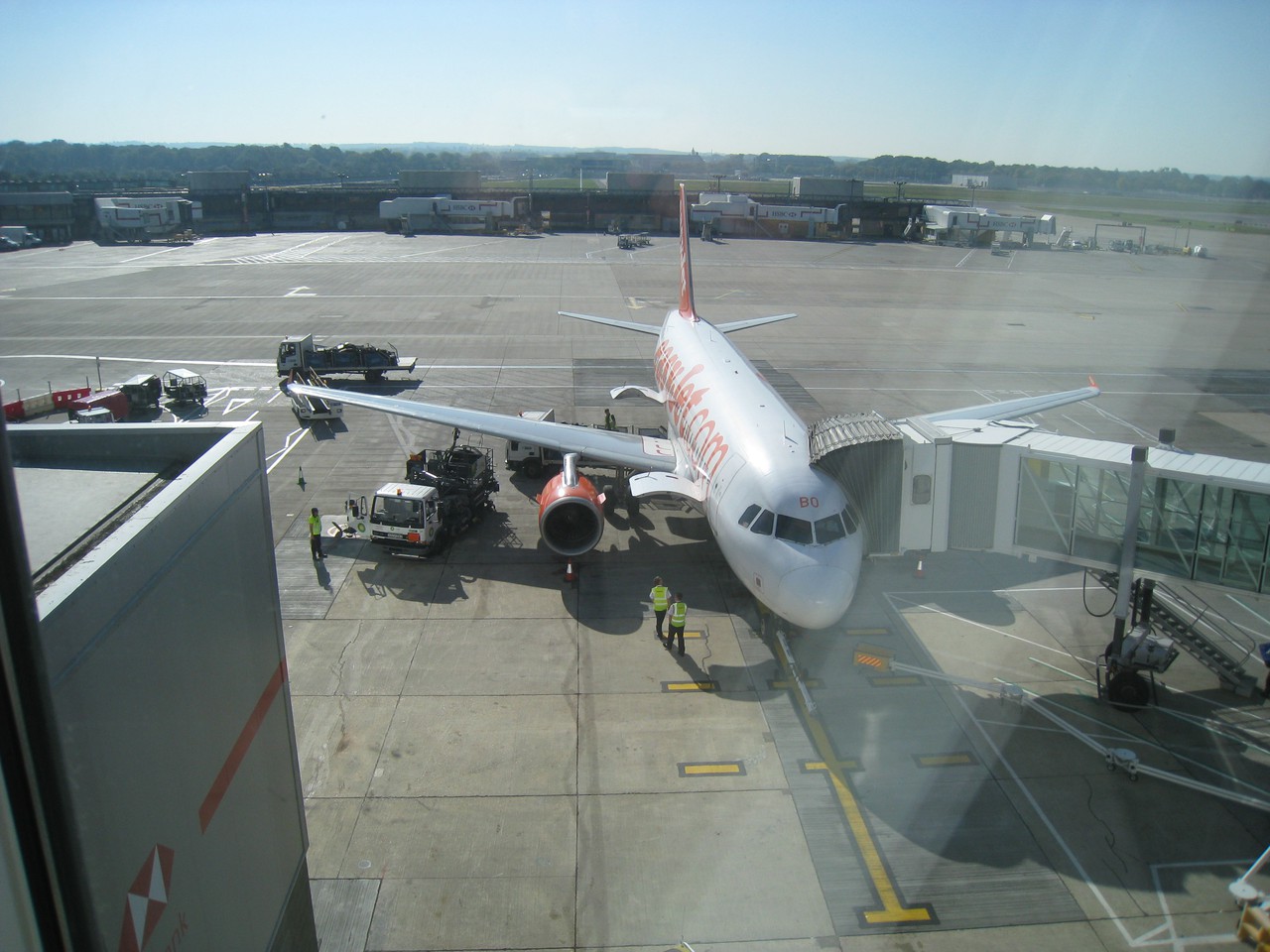 We arrived at terminal south, that was one of the privilege of flying at the time, whereas all the low cost are now located on the north terminal, a 10 min ride away from the automatic transfert.

From there we took the gatwick express train to Victoria - which I was avoiding after this experience: Southwest trains are going to London Bridge and London Briackfriars for half the price! 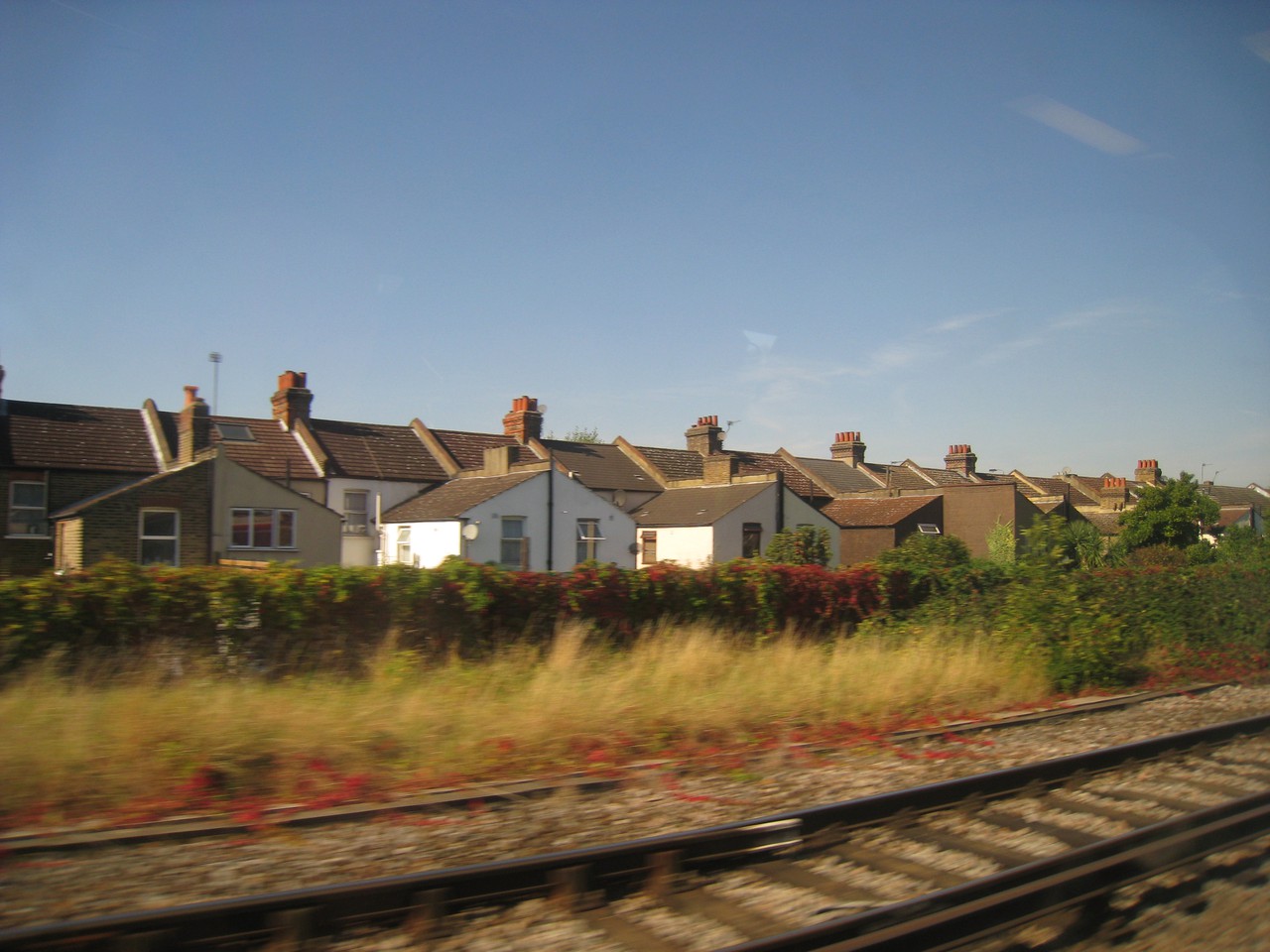 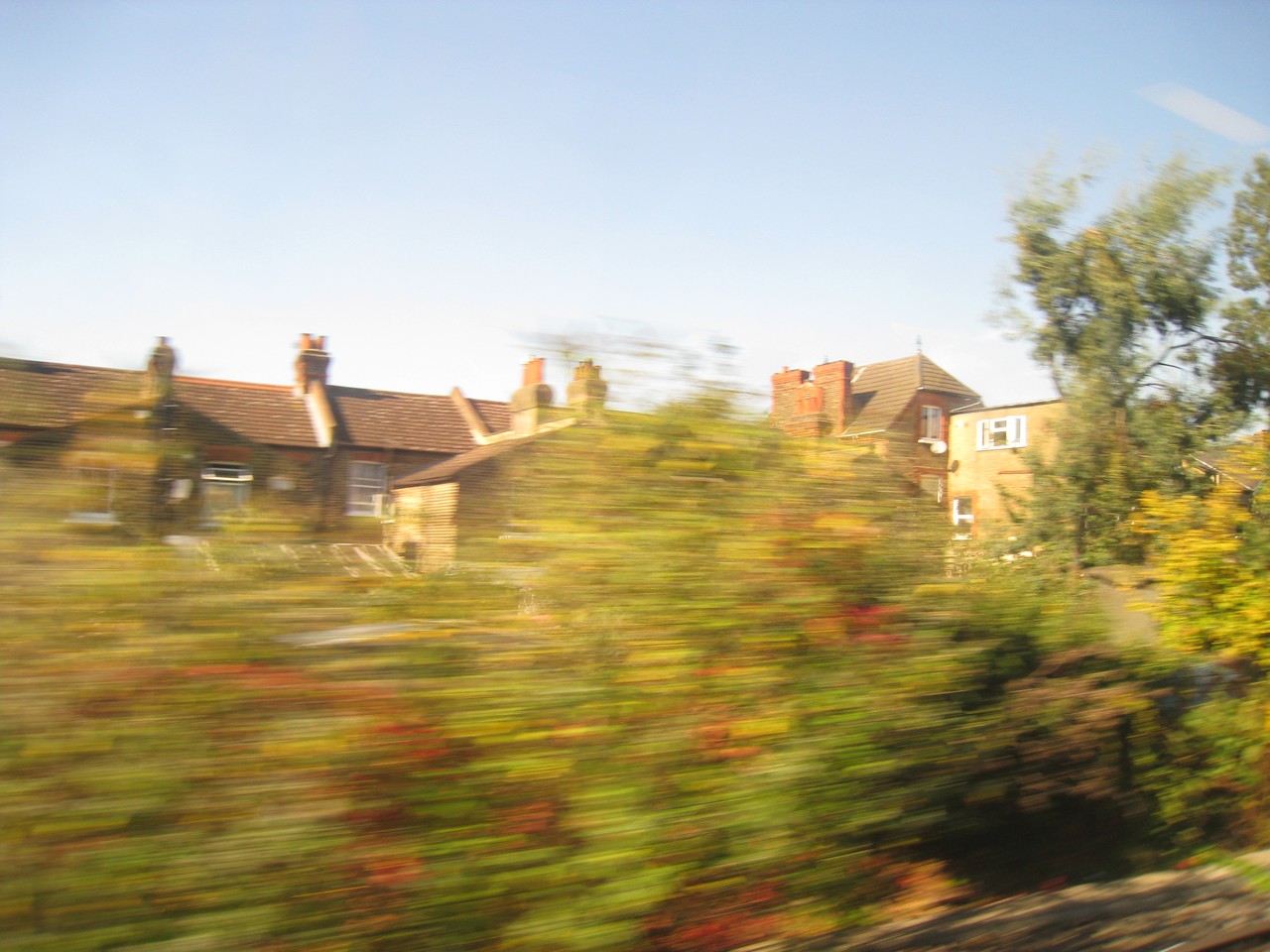 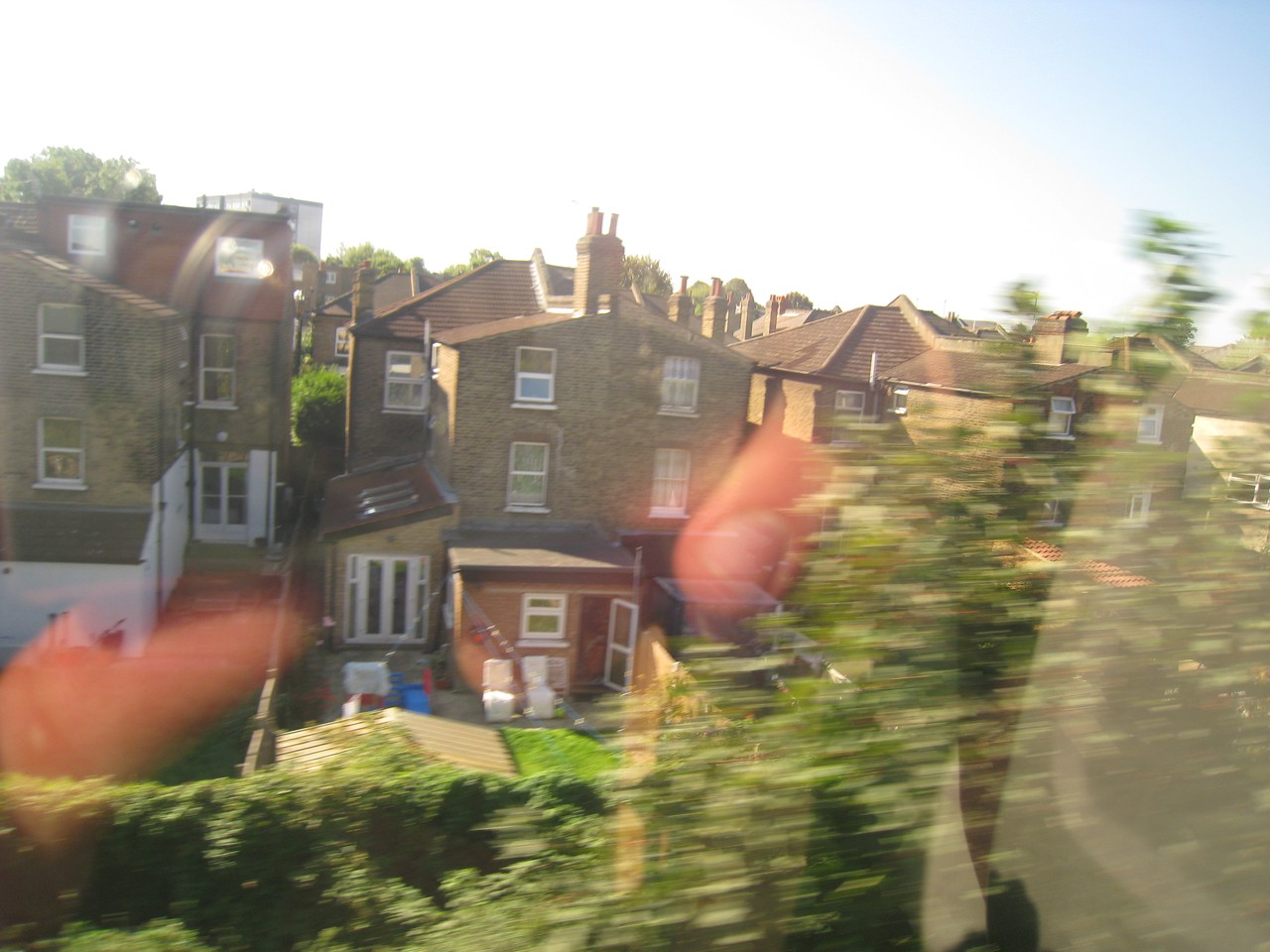 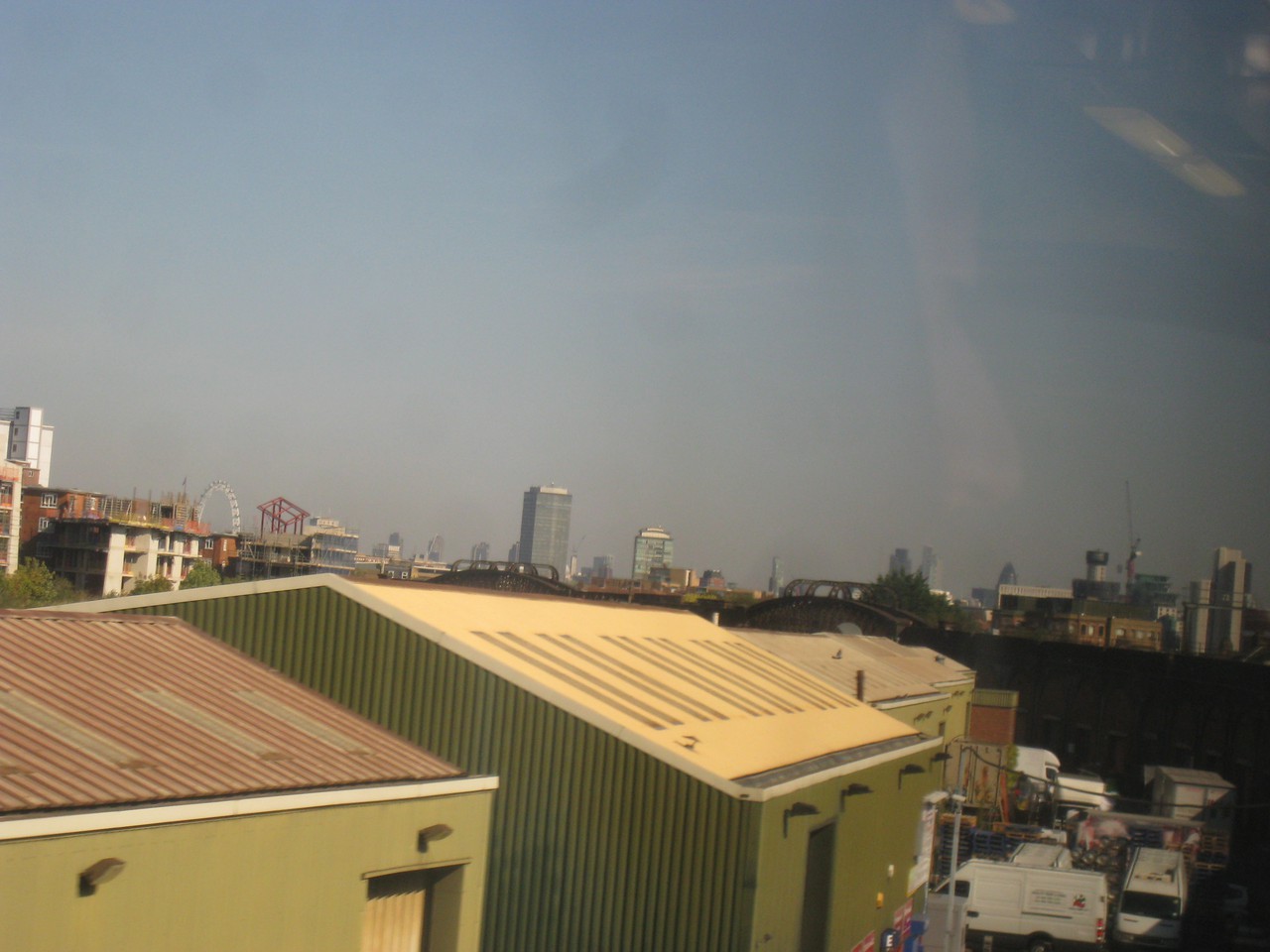 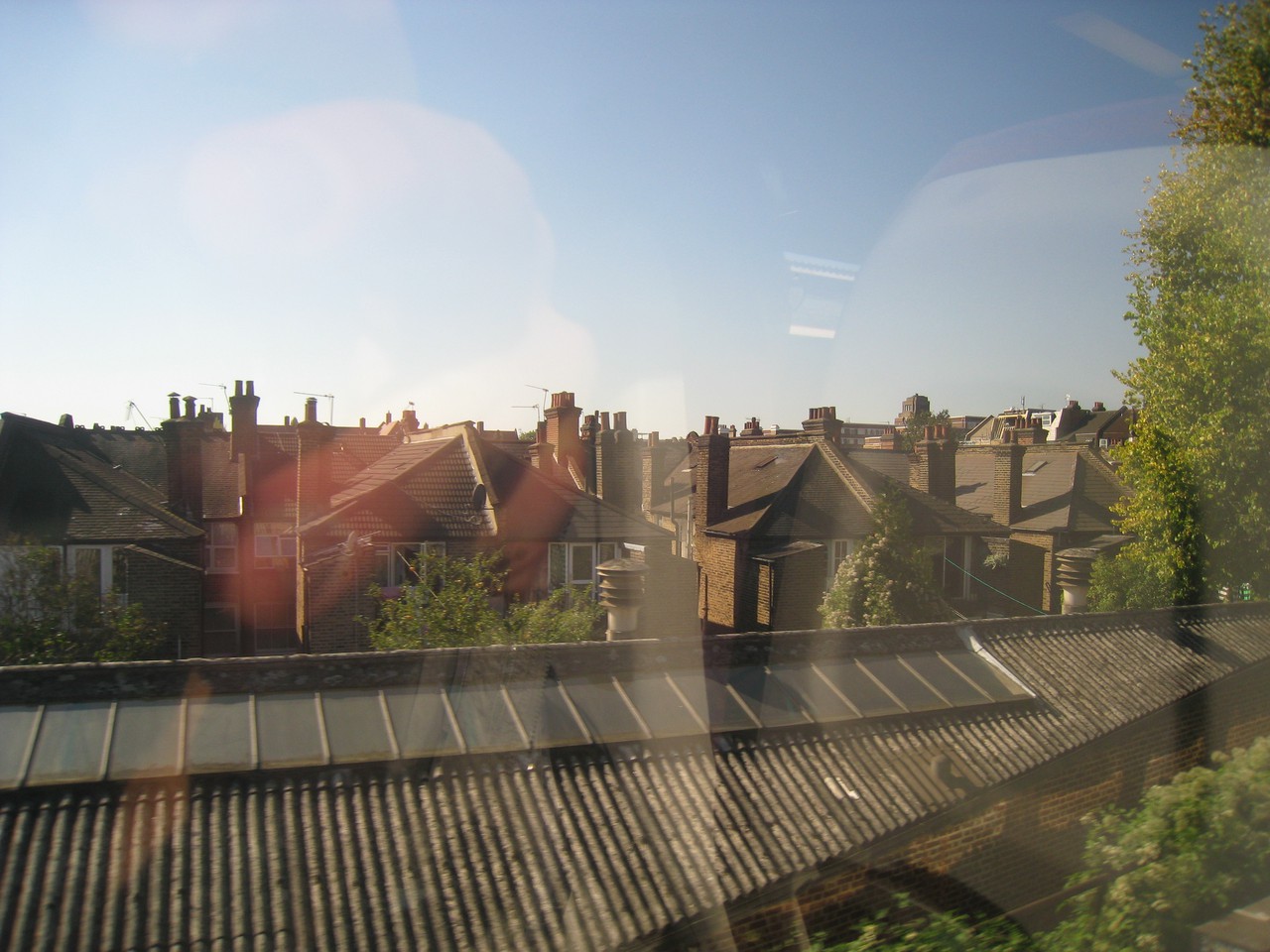 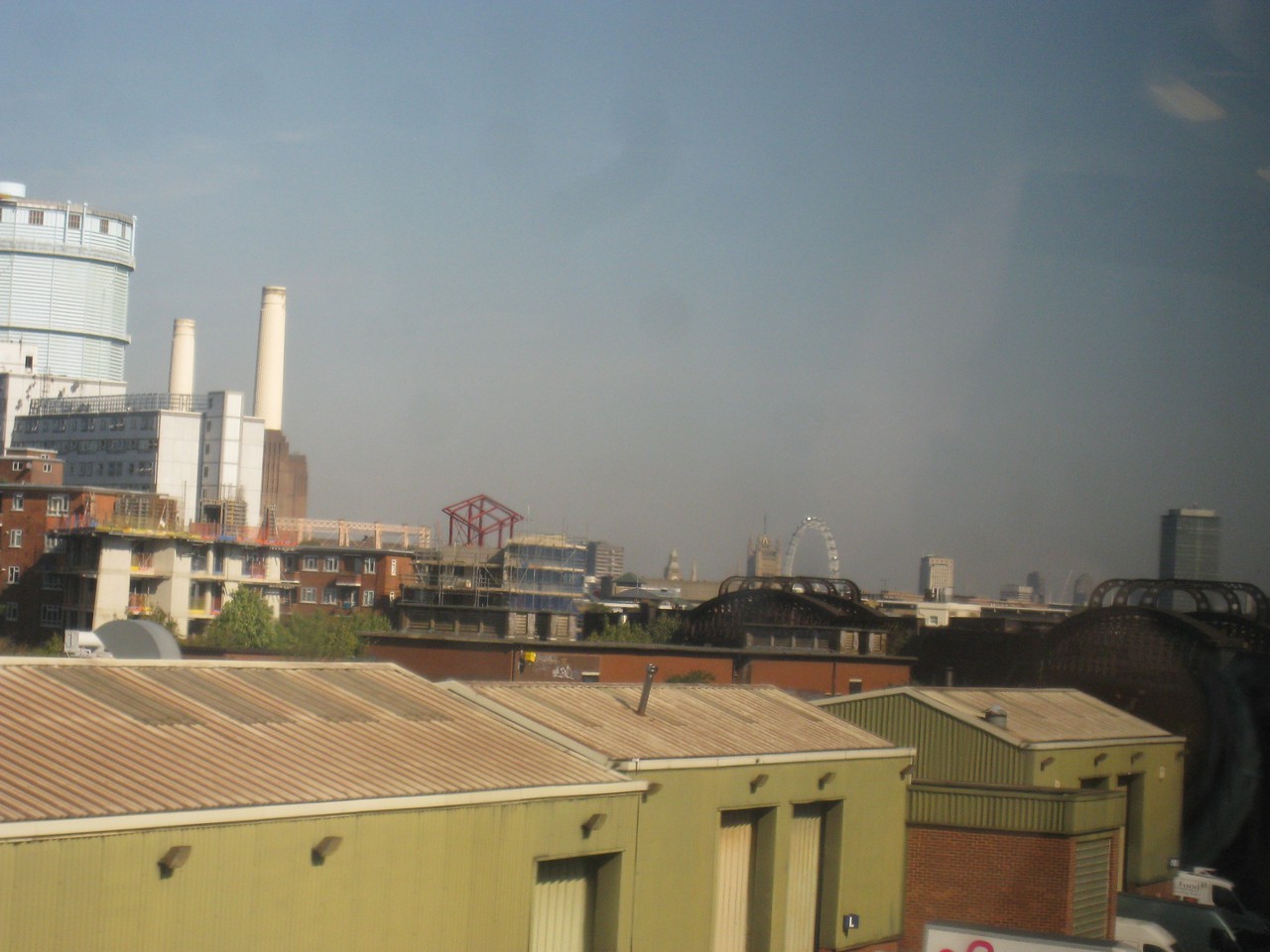 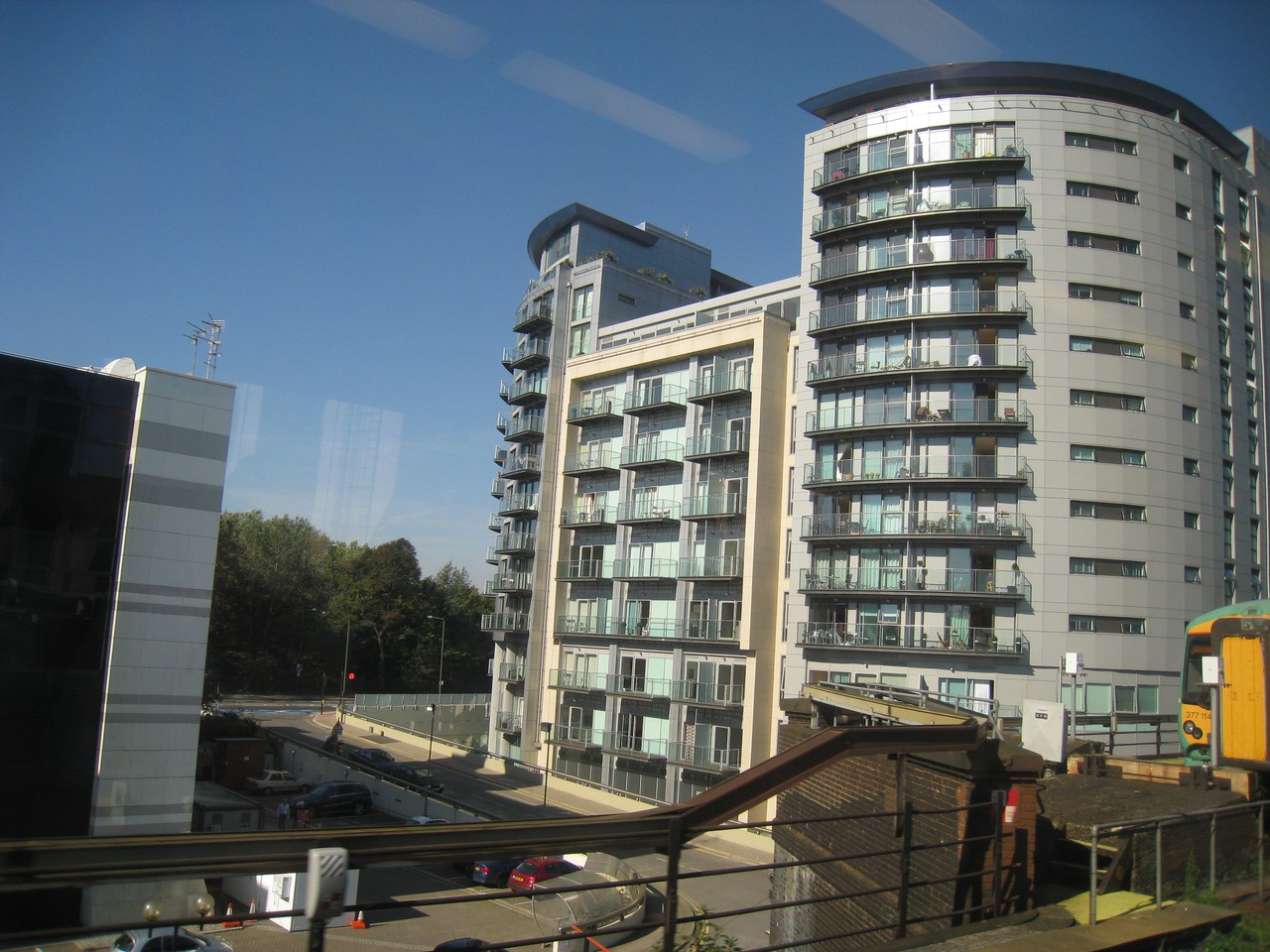 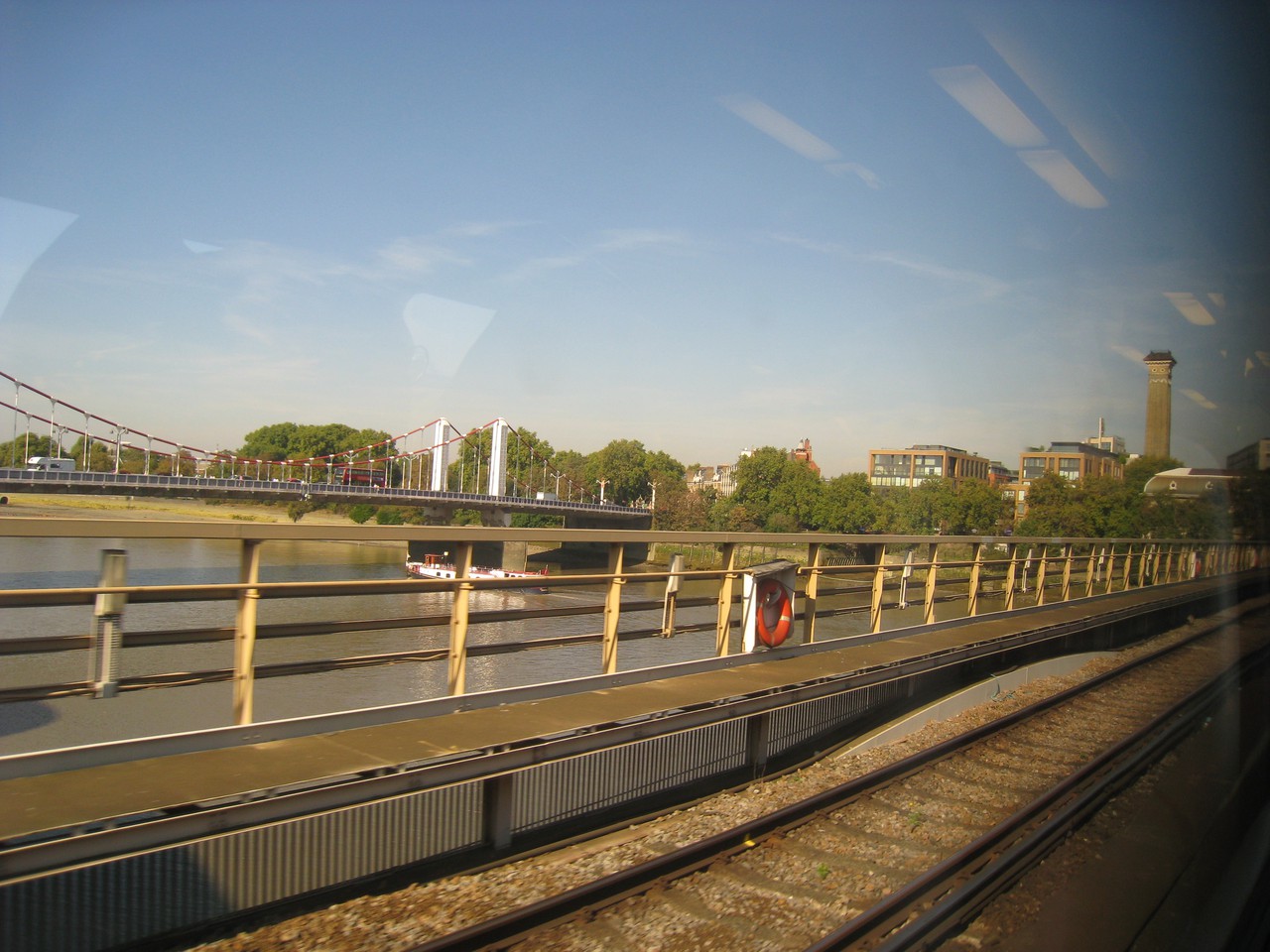 In conclusion a nice flight with Easyjet, good value for money, but nothing way out there.