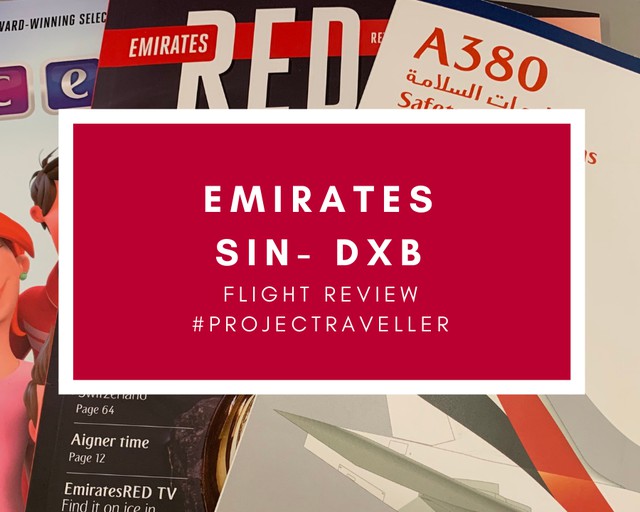 It’s not our first time flying with Emirates, and we always look forward to flying with them. Great crew, state of the art IFE and spacious seat are just some of the features that we look forward to.  EK355 is serviced by an A380 and Emirates has four flights from Singapore to Dubai daily. We were seated on the lower deck, the cabin is configured in a 3-4-3 layout, and we got ourselves a window seat at 49K. 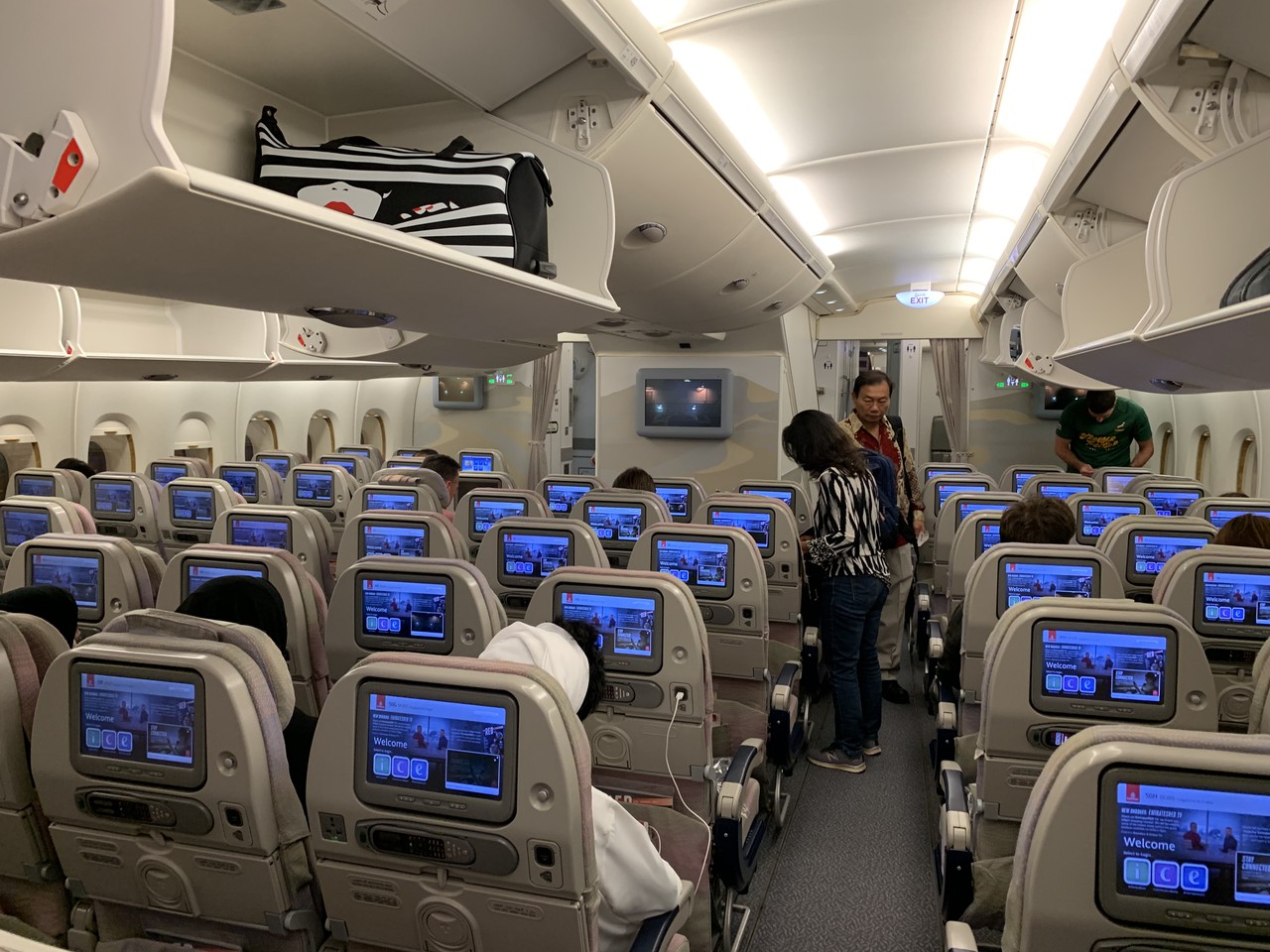 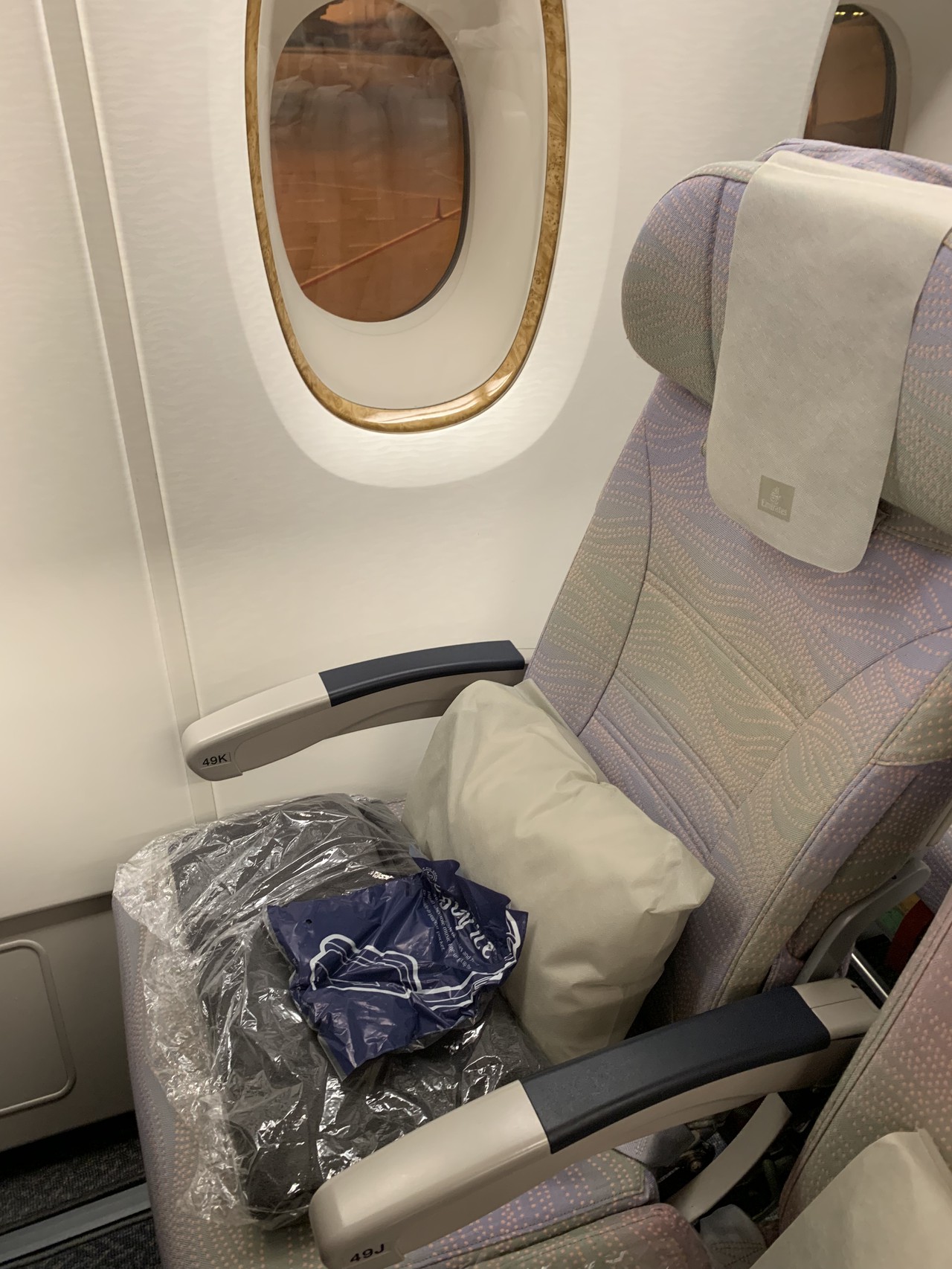 We always prefer window seats compared to aisle though the latter is much more convenient. Since it's a redeye flight, pillows and blankets were already placed on our seats, entertainment headset was also on the seat as well. 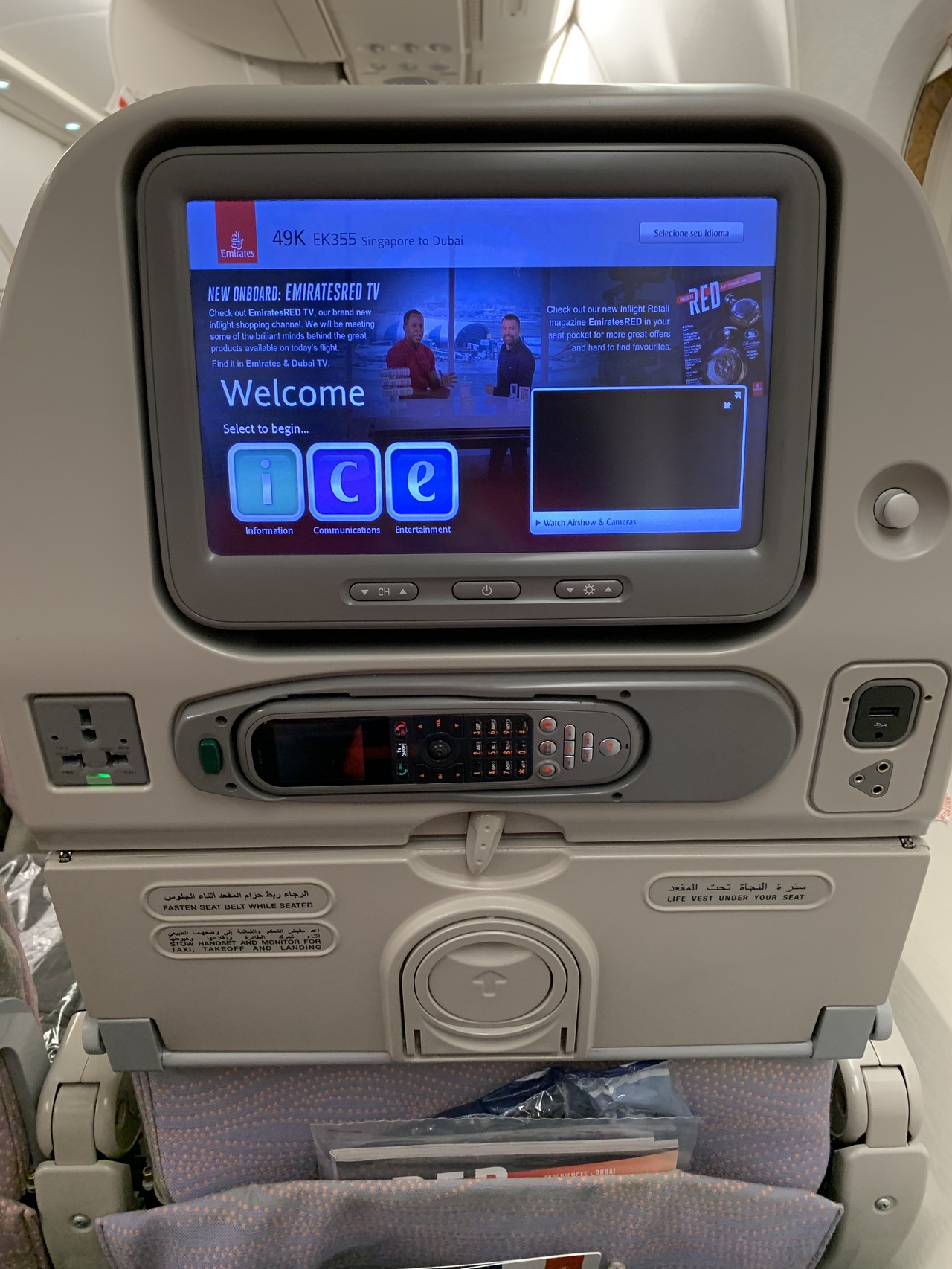 The aircraft was fitted with the previous generation seats and IFE, Inspite of that, it still has a tremendous amount of entertainment movies/shows/drama to keep you entertained throughout the journey. As you can see from the picture above, on the left corner there is a power socket for us to charge our electronics and the USB socket is on the right corner. 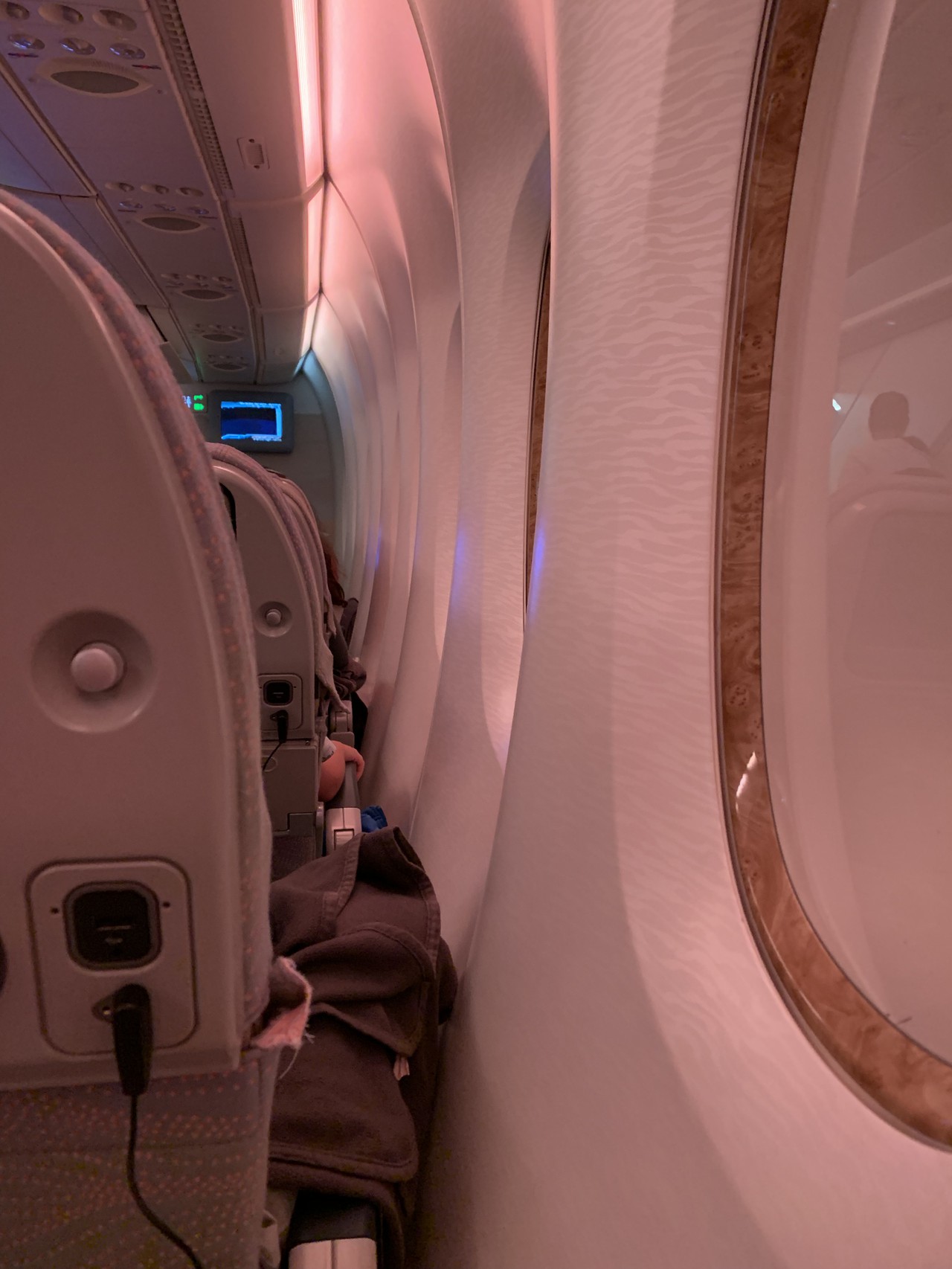 The legroom was spacious as well, it’s one of the widest in the industry. 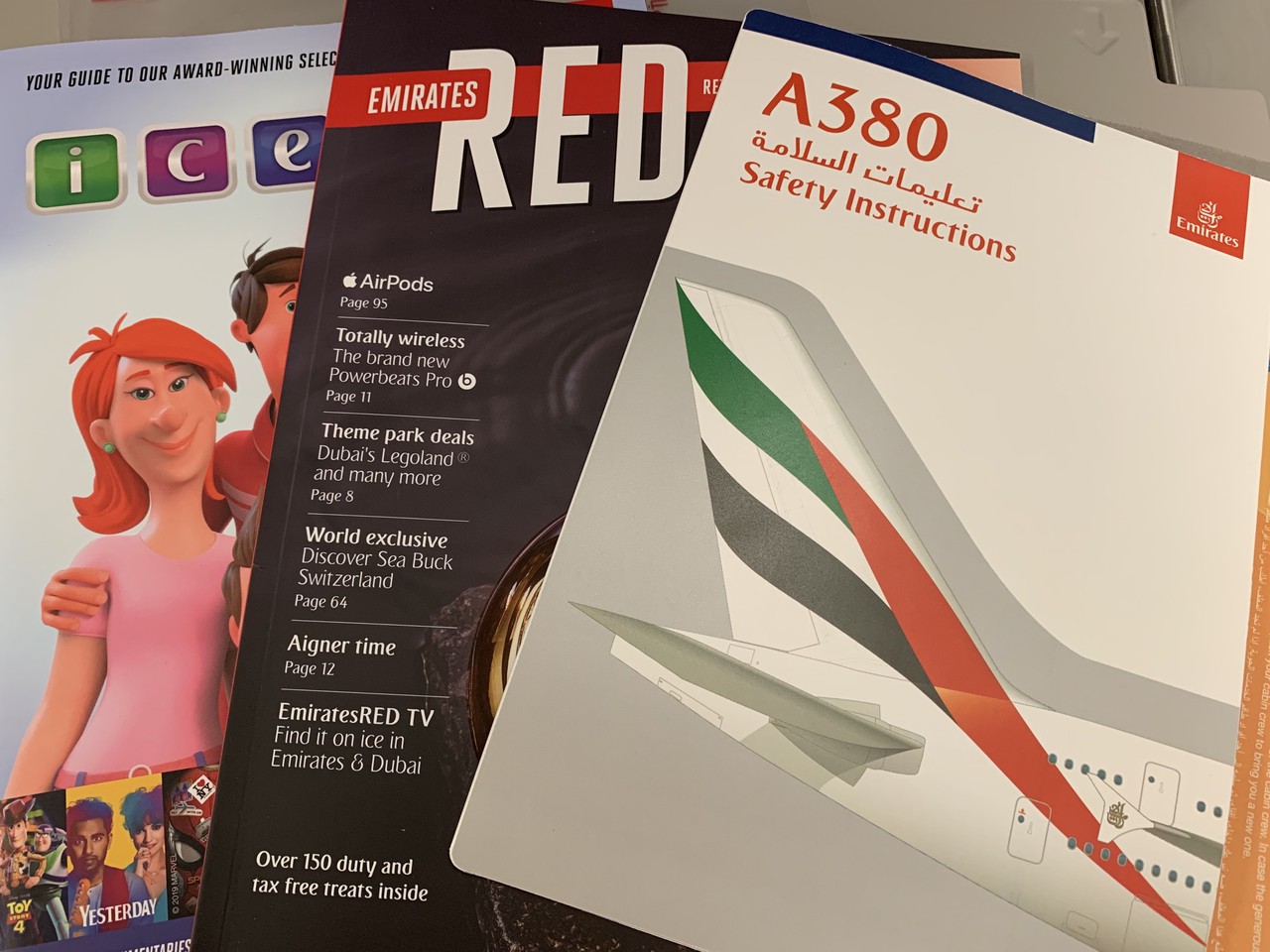 Shortly after takeoff, menu cards were distributed to all passengers and meals were served two hours after takeoff. Economy Class passengers were given the option to select either Chicken with Peppercorn Sauce or Daging Masak Icap (beef). We opted for Chicken with Peppercorn Sauce and surprisingly, it didn’t taste too bad, despite of how it looks. 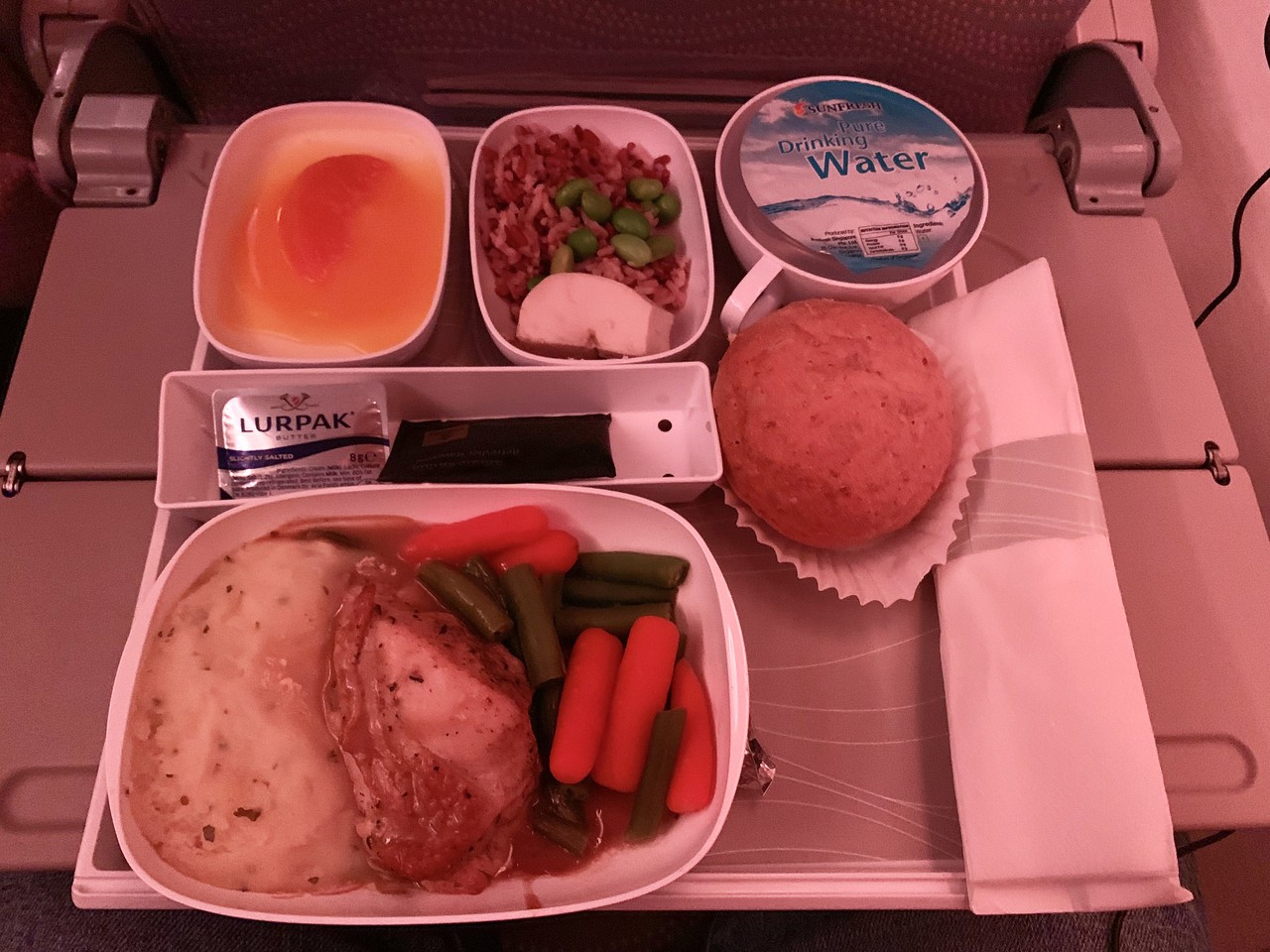 Time to visit the lavatory before our sleep. We were not given any amenity kit for this flight and there isn’t any dental kit at the lavatory. Despite that, we have to say that the lavatory design was clean and simple, not too overly complicated. 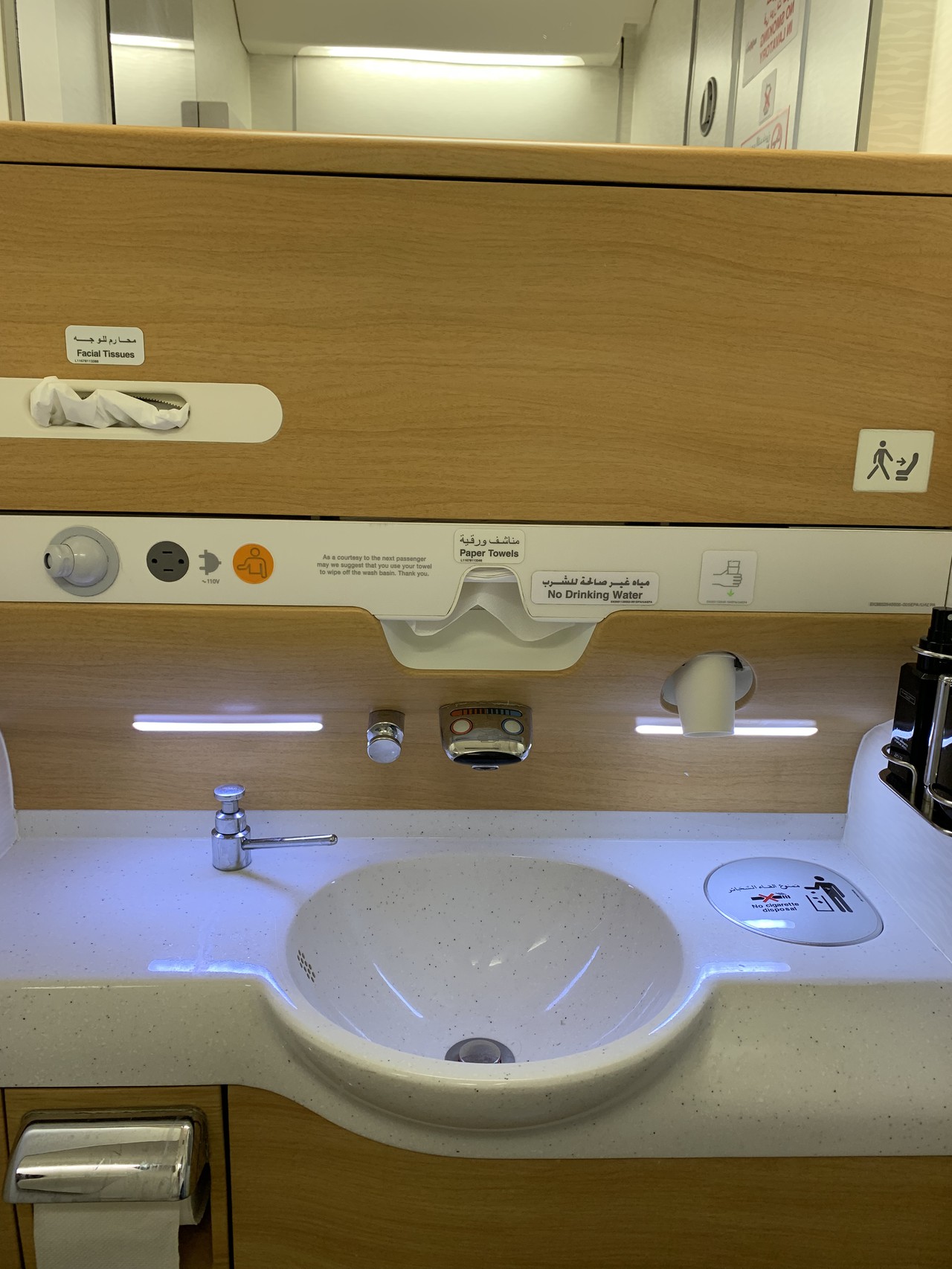 Shortly after dinner, lights were dimmed and that’s the cue for us to sleep. For those who are not at the window seat, don’t worry, just lookup and Goodnight! 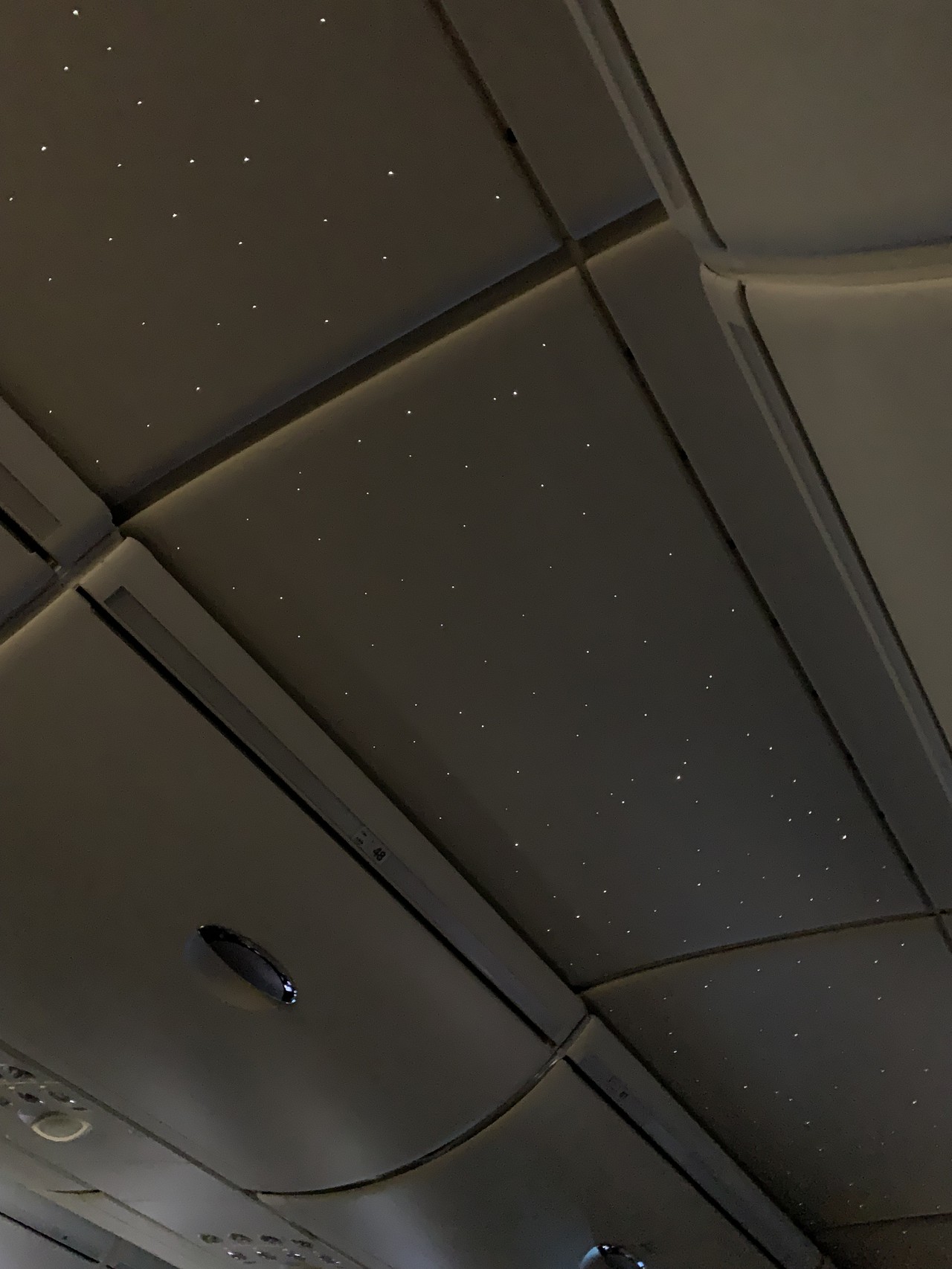 1) Cabin wise, it's neat and clean. However, it looks worn out and kind of tired, from the 4th picture you can see that the seats are somehow worn out already.
2) Cabin crew, I noticed that only two crew smile and greeted every passenger while boarding the plane and once you are in the plane and walking to your seat, most of them would just lean against the seat and not smile. Even though they greeted the passengers, but you could feel that they are doing it because of SOP, without much smile/ sincerity. However, most of them are generally friendly during service time.
3) Entertainment - Emirates certainly has tons of movies and shows on their ICE system but its also the quality of shows. I realised SQ's KrisWorld has a much better offering.
All these gradings are very subjective and I am sharing based on my personal experience. You may have a different experience from Emirates. ?

The contributors of Flight-Report published 9 reviews of 2 airlines on the route Singapore (SIN) → Dubai (DXB).

The average flight time is 7 hours and 27 minutes.