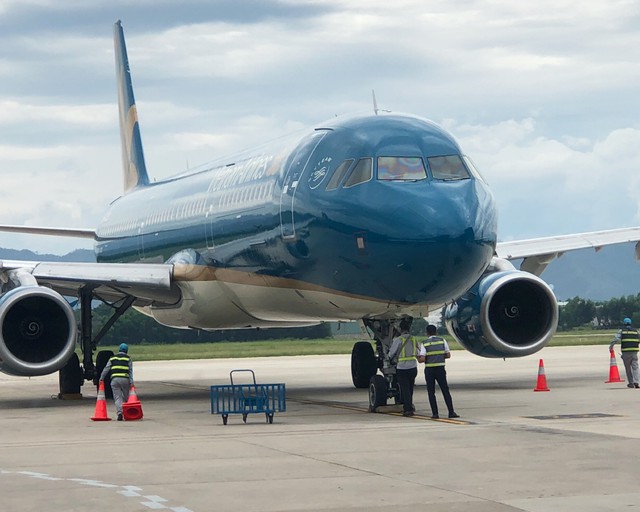 Hello everyone and welcome to another flight report. This time is on a Vietnam Airlines short domestic hop from Ho Chi Minh city to Da Nang. For those interested a video version of this flight report is available on my YouTube channel, the link is attached above. So after spending 3 days in Ho Chi Minh city during my vacation back in July 2018  is was time explore more of Vietnam. After an interesting  drive through all the traffic in Ho Chi Minh City made it to Tan Son Nhat International Airport. 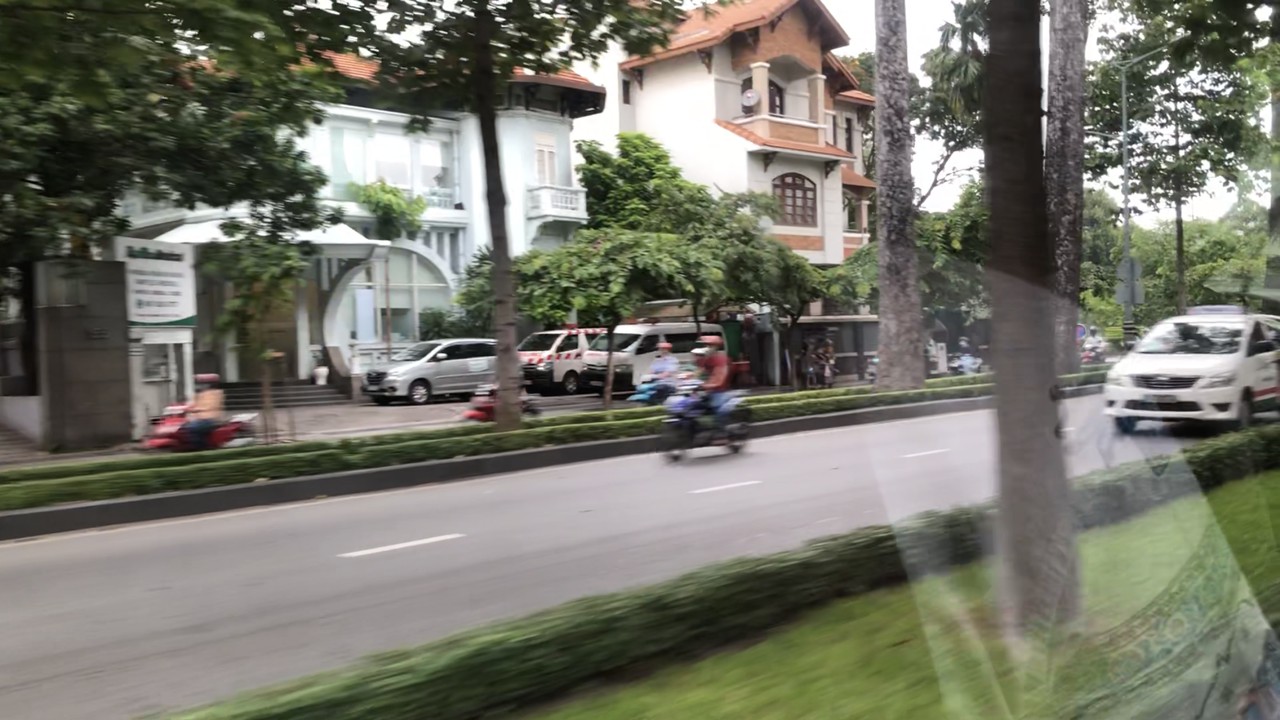 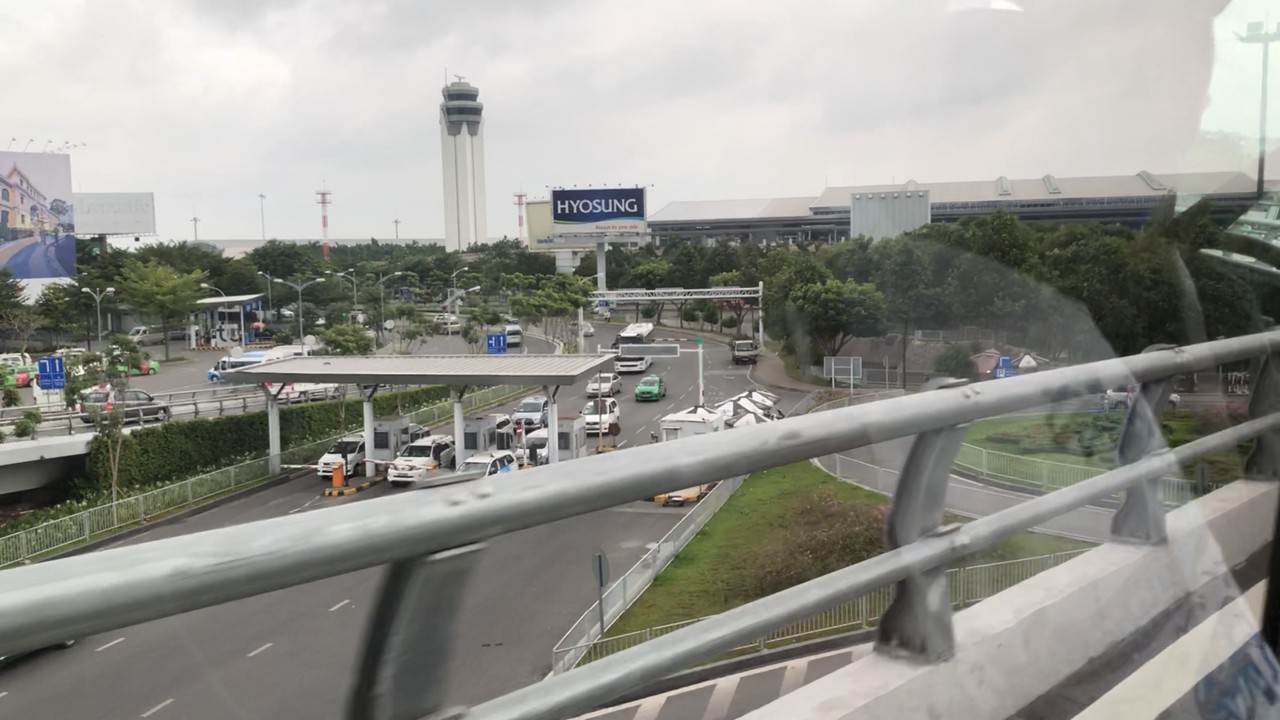 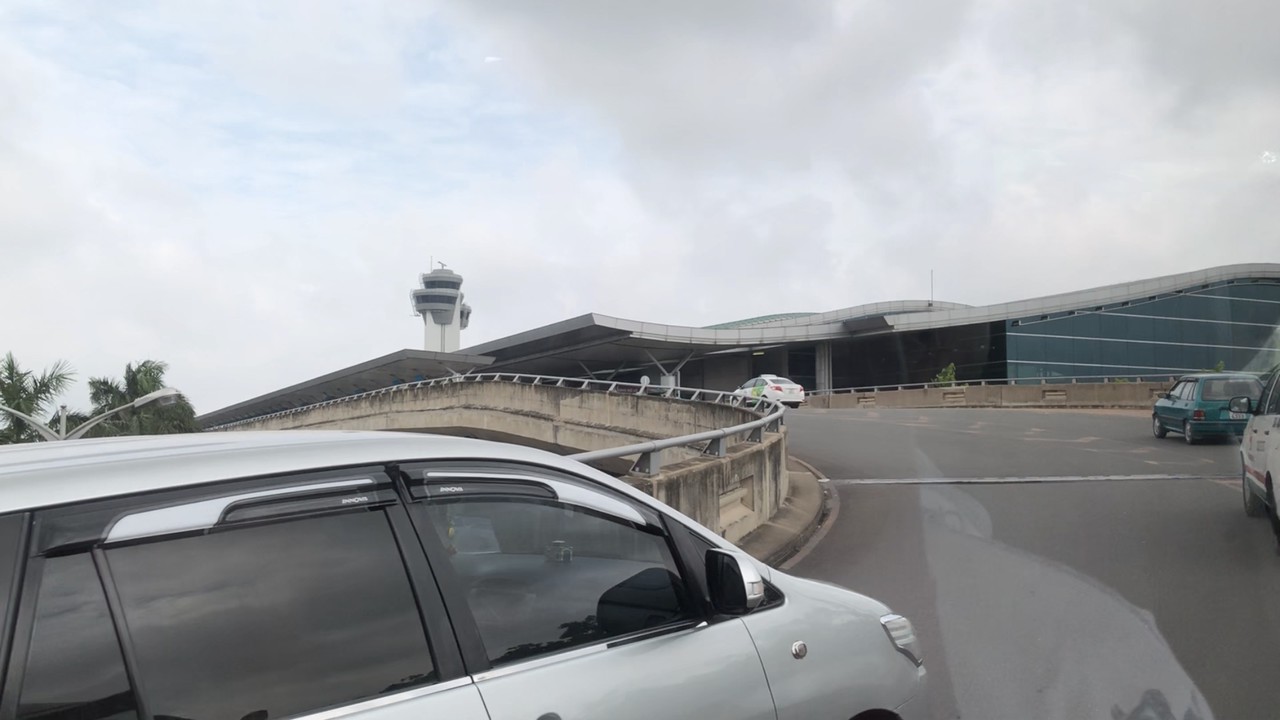 The airport is quiet nice , spacious and basically has the  necessities that and needed in any big airport these days .Made it to the check in are for all Vietnam Airlines Da Nang flights. After arriving at the check in desks , the check in agent told us that the flight was very full so the only seats that were available were the emergency exit rows towards the front of the cabin. Which we didn't hesitate to take.Even though it was only a 50 minute flight something is better than nothing . 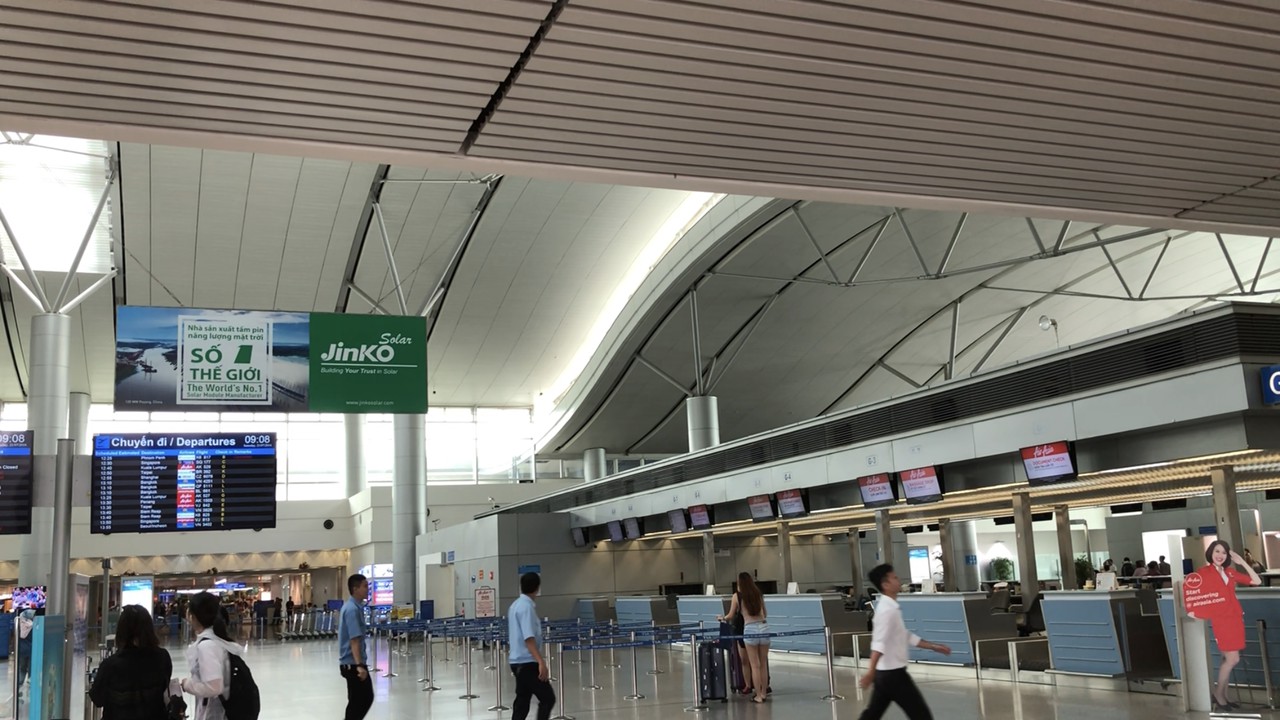 Anyways after security made it to the gate assigned for the flight and got a glimpse of the aircraft that would be flying us out to Da Nang. TH aircraft in question is a  2013 built Airbus A321 with the registration of VN-A604. This aircraft still wears sort of the older livery. 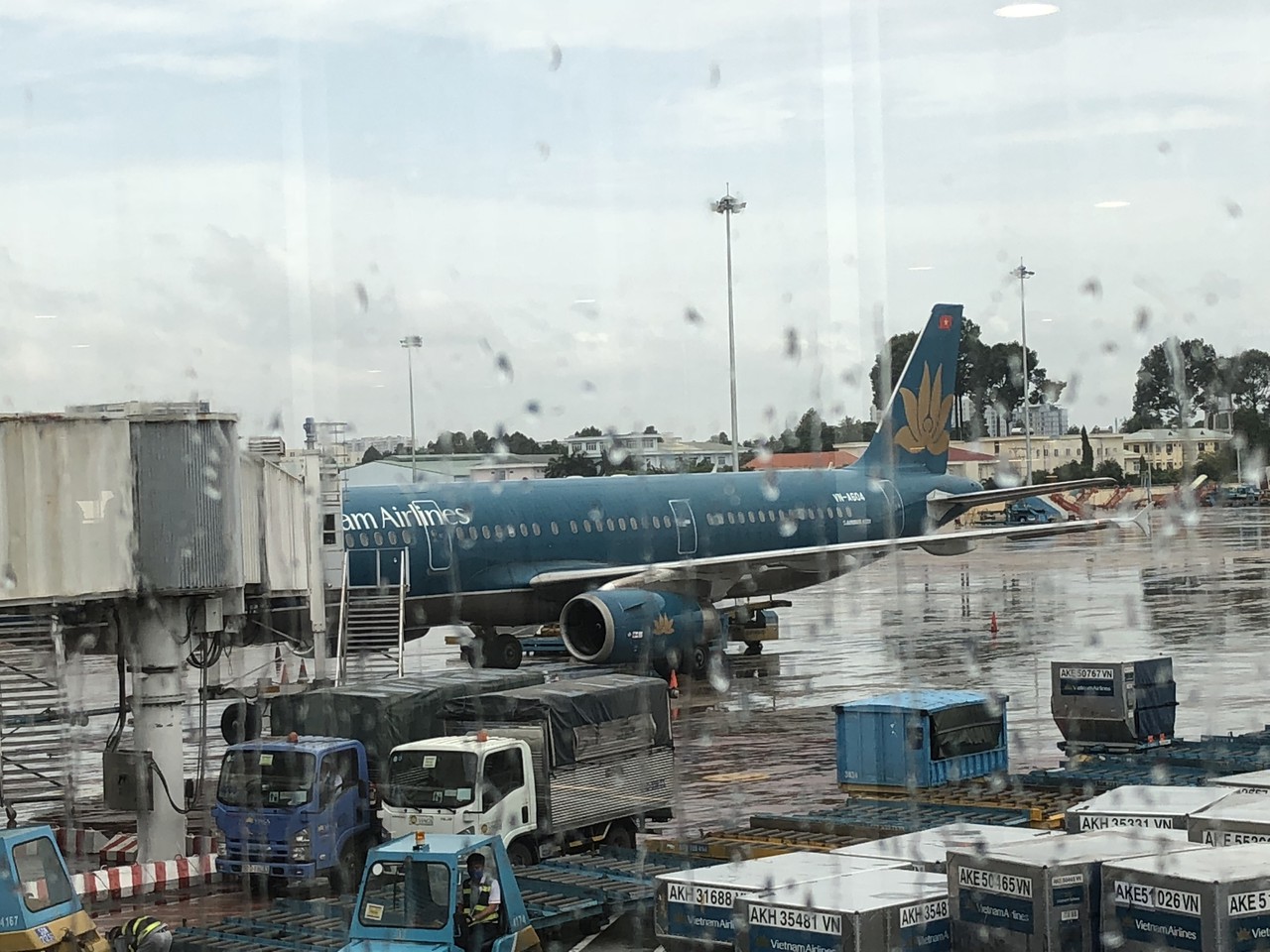 Shortly it was time to board the A321 and I made it to my seat , 14A for the flight. The thing easily noticeable is the ample legroom available . My flight was just 50 minutes long but i know Vietnam Airlines also use the a321s on close to 5 hours international flight and these seats would just be perfect and most comfortable in my opinion. 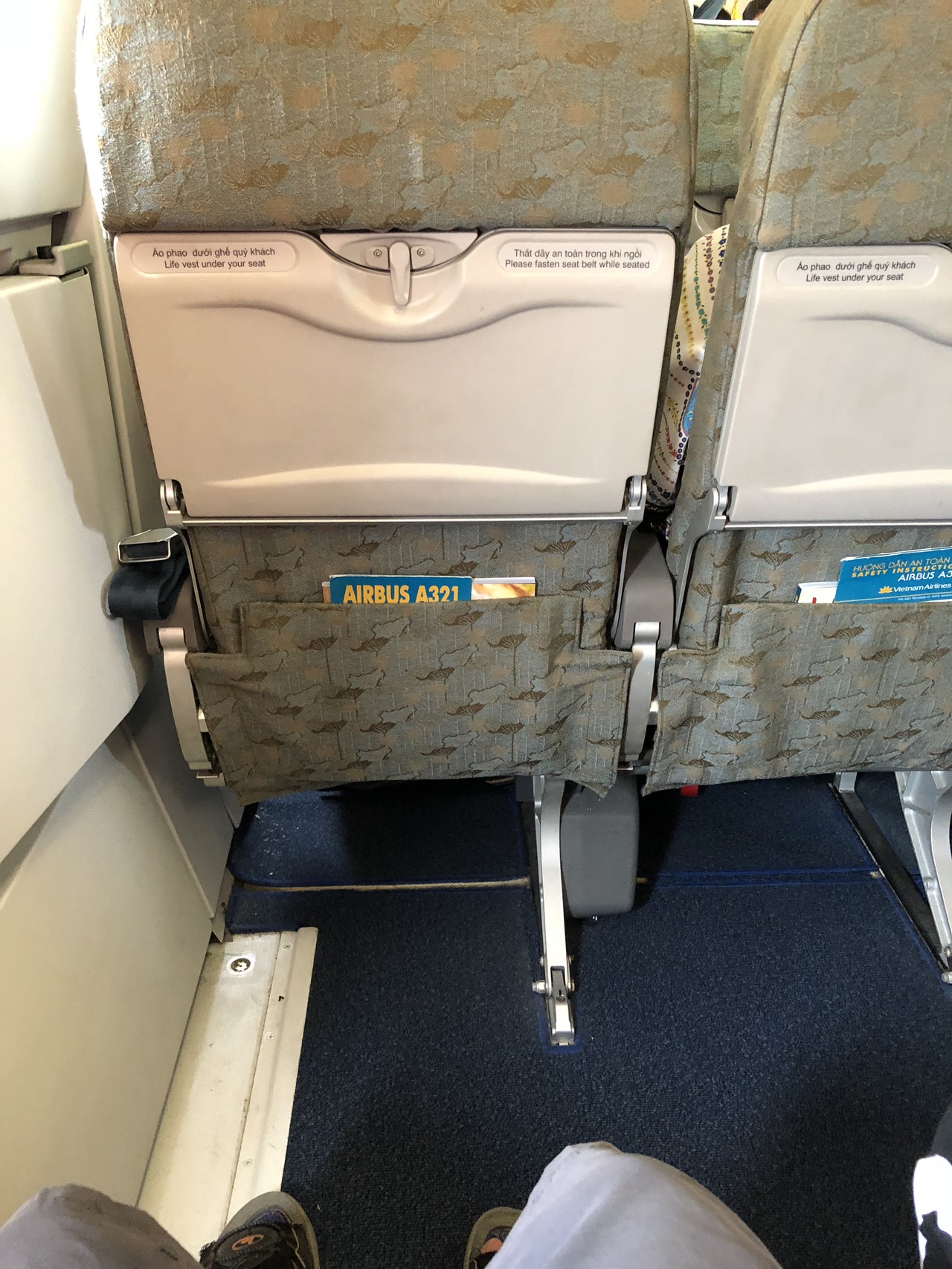 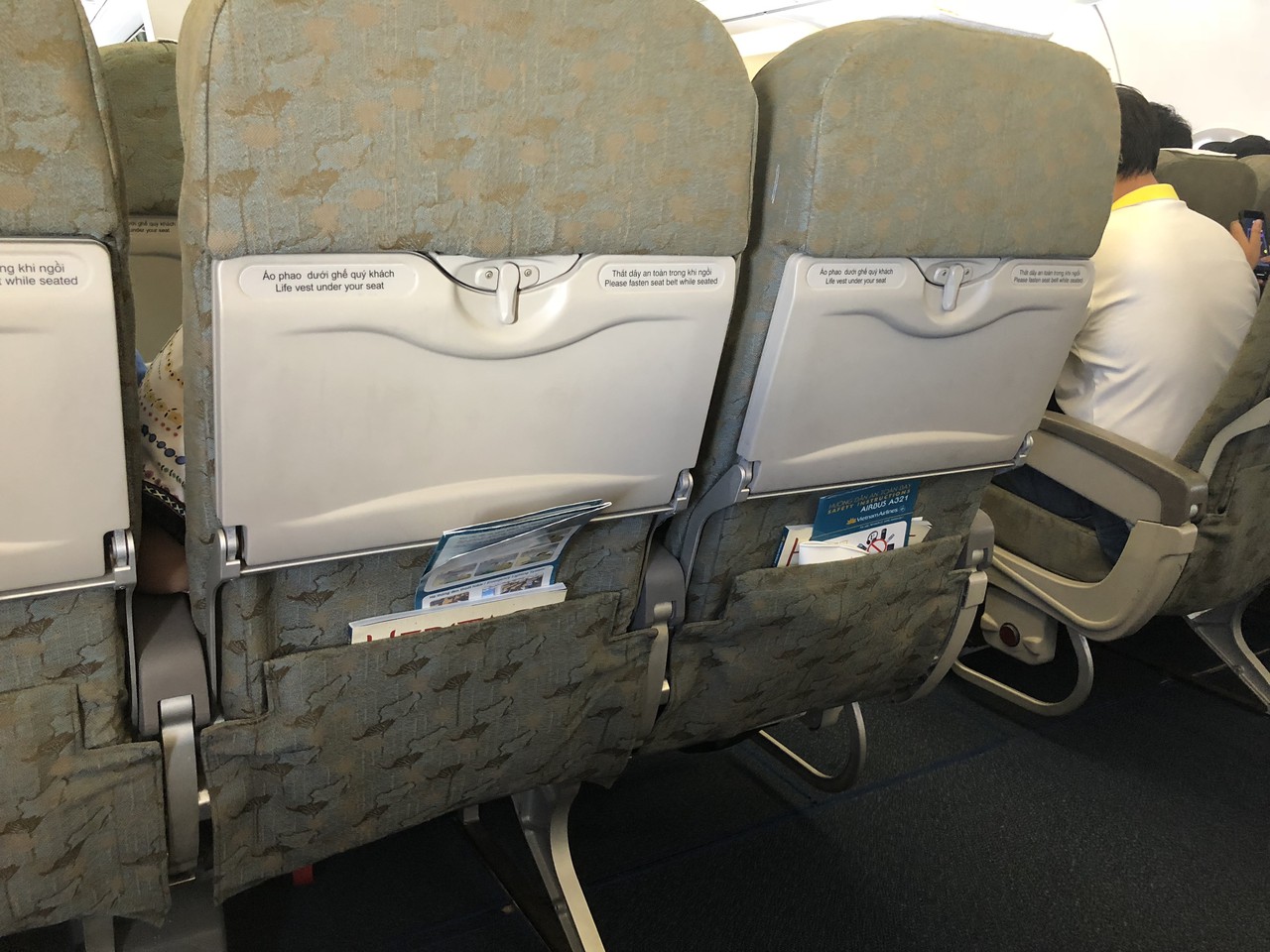 The seat pocket contents consisted of a " Heritage Fashion" magazine , Airbus A321 inflight safety card and a waste disposable bag. The magazine was the only form of inflight entertainment on this flight as unfortunately there is no IFE system on these A321s ( or maybe this is just for the a321s used on domestic flights ?) 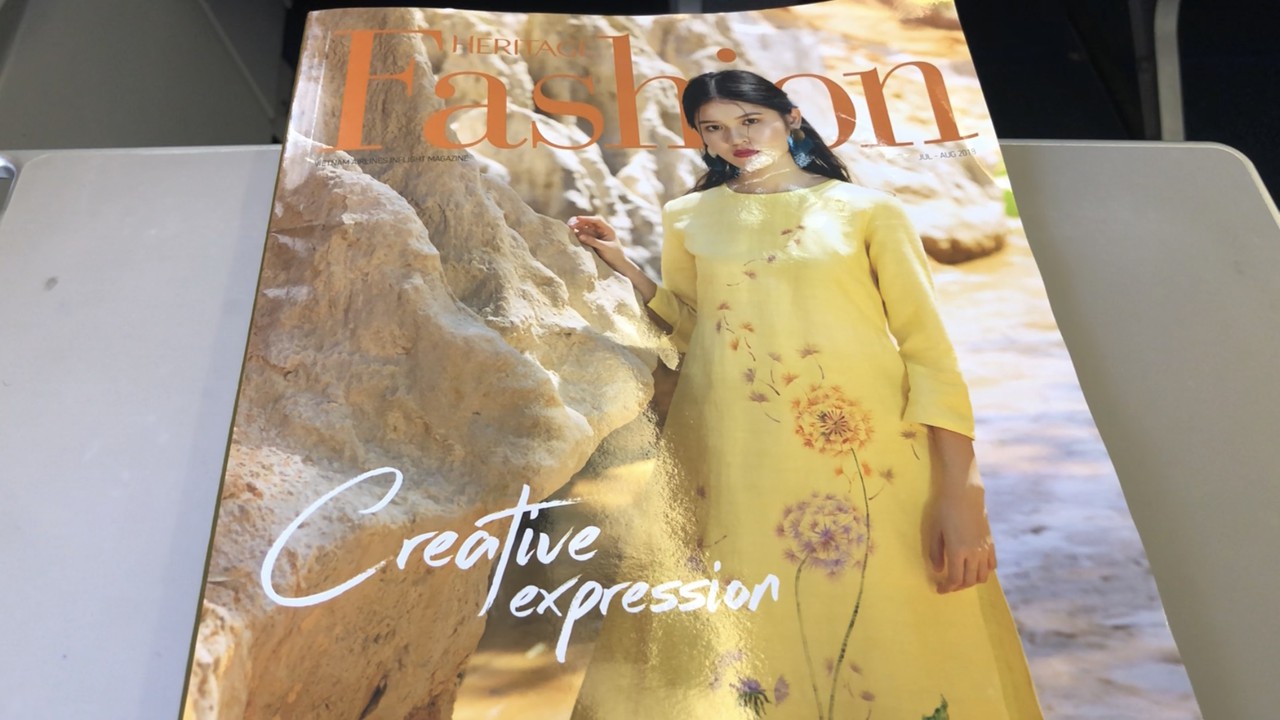 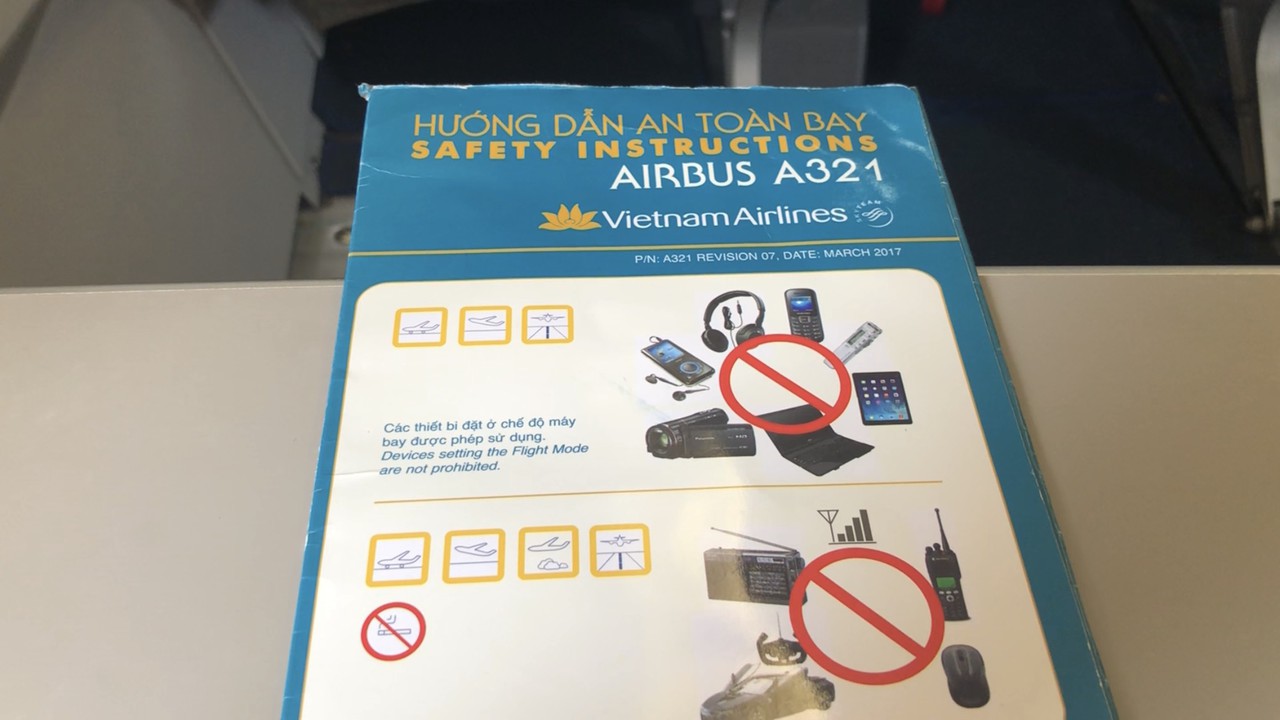 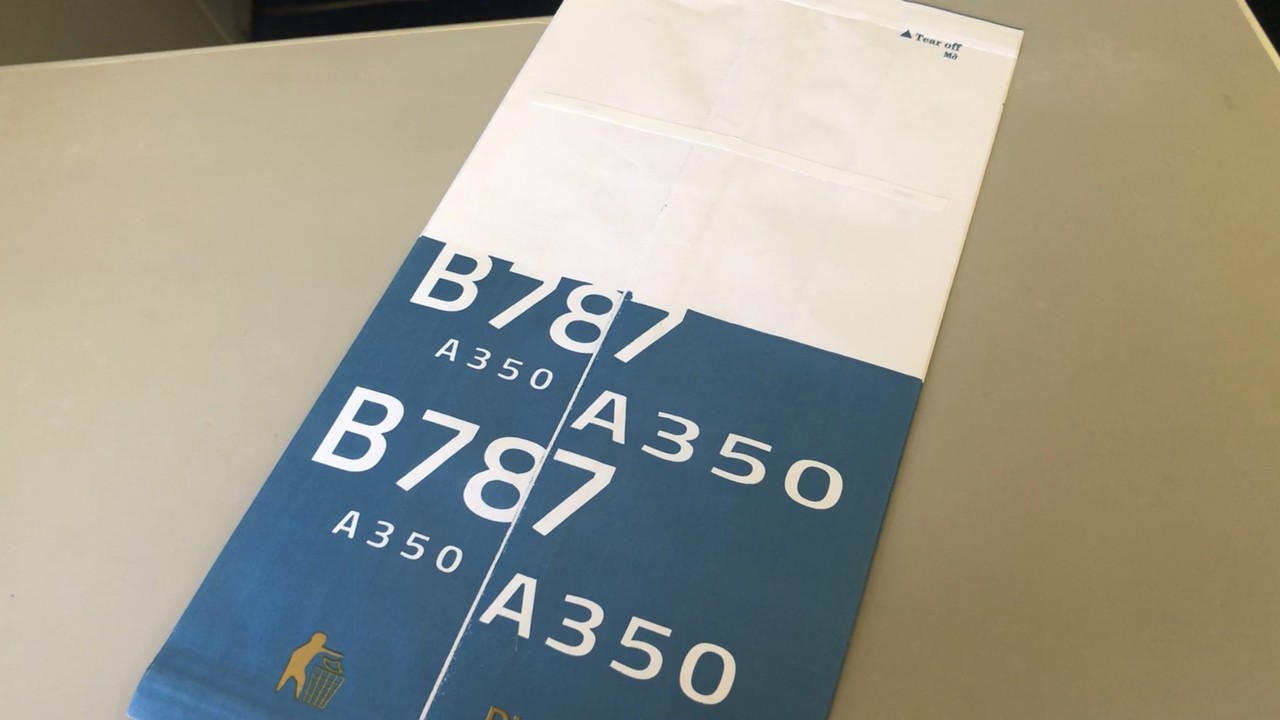 The view of the cabin from my seat, a pretty basic economy cabin nothing to special. 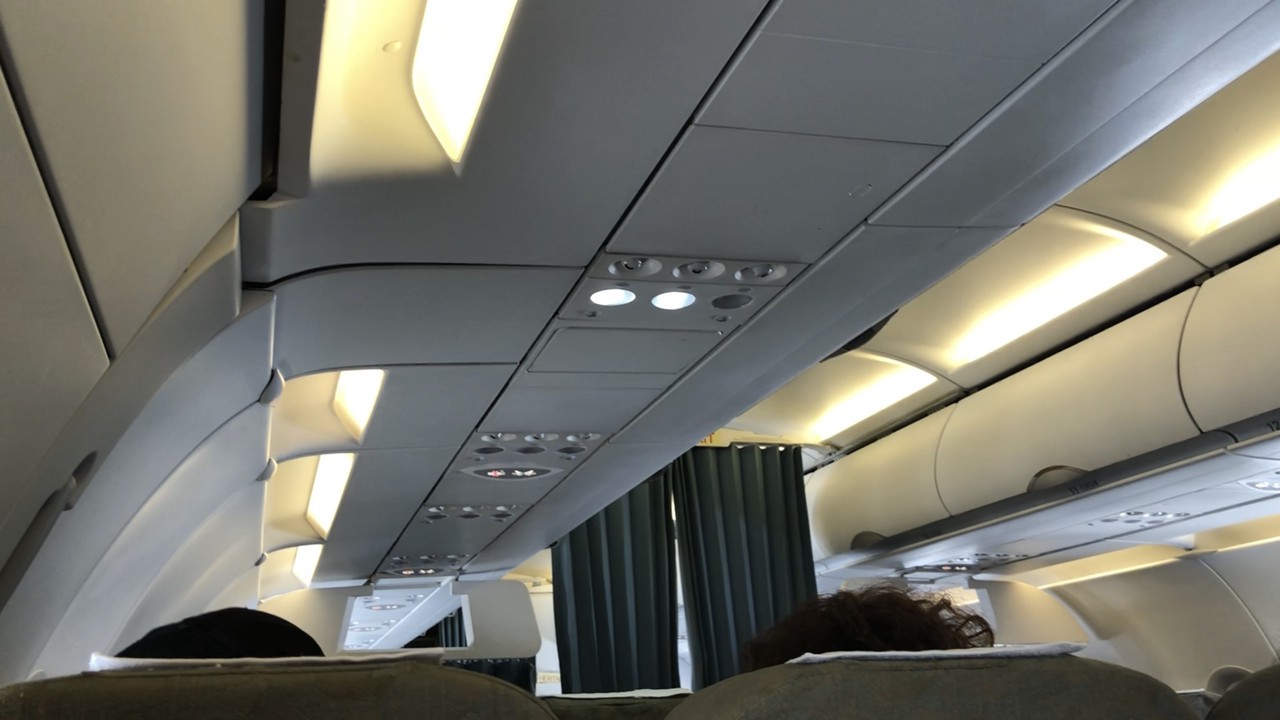 The view from my window although at the moment very blurry due to some rain was very nice as  the seat was just infront of the left engine. 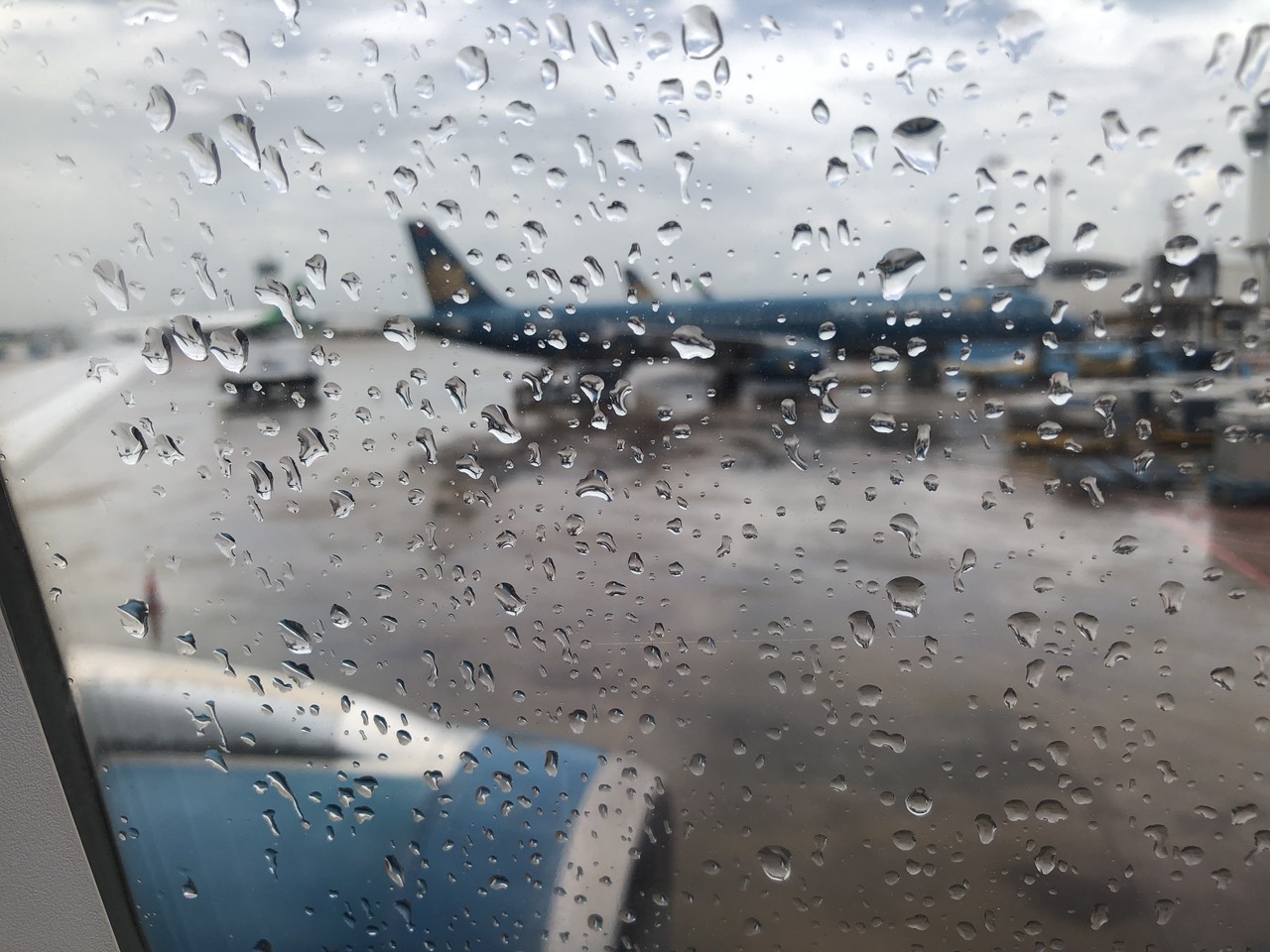 We pushed back from our gate 1 hour late.The late departure was due late arrival of the aircraft from  its previous destination. 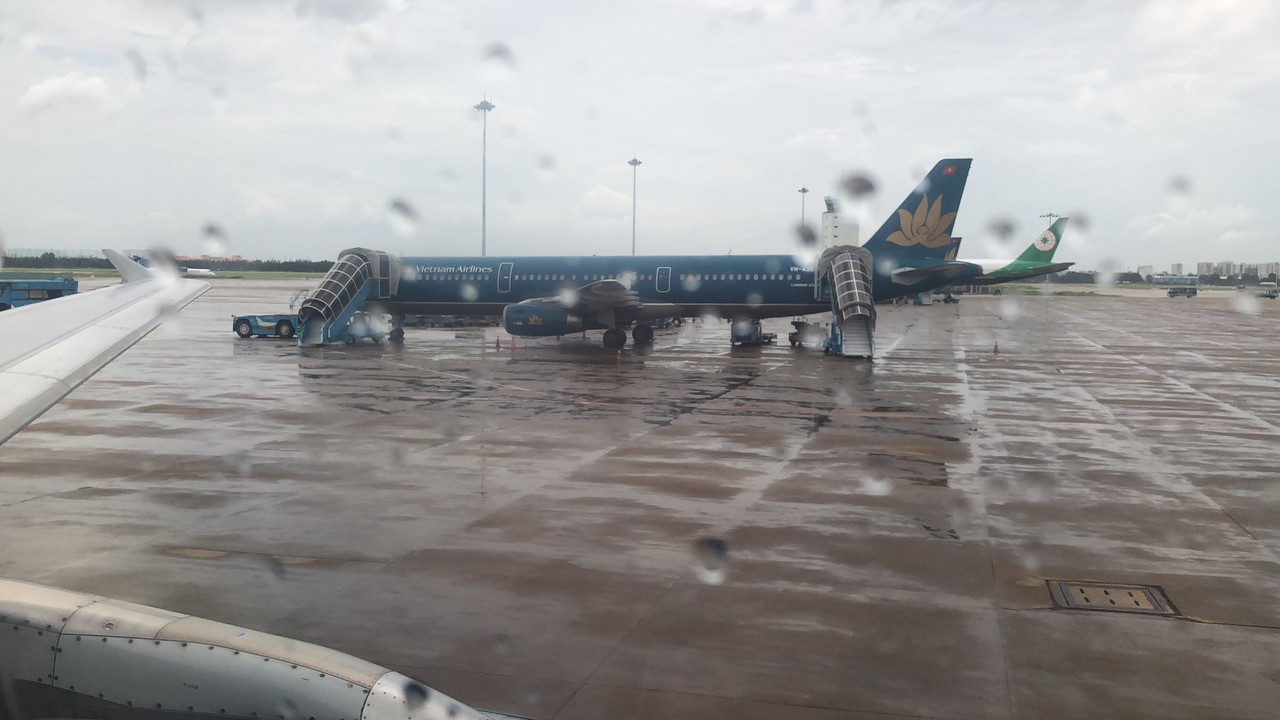 Taxing past an EVA Air Boeing 777-300ER at one of the remote stands which would later head to Taipei.Would love to fly with them one day as i have heard quiet  few positives experiences from people. A quick taxi from our gate and we line up on Runway 25L. A much nicer viewer of those IAE engines after some of the rain cleared up. 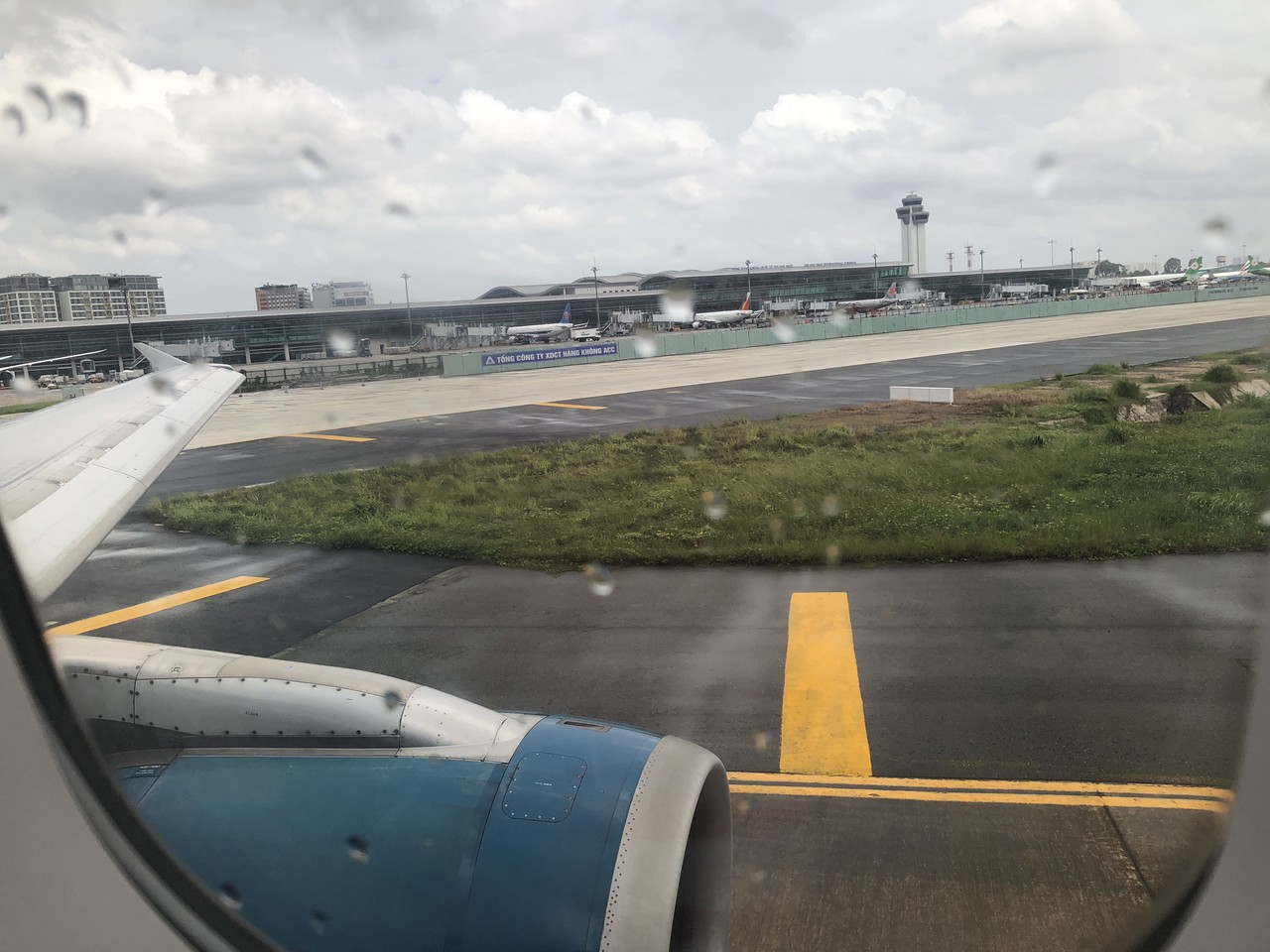 And after an extremely powerful take off ( probably the most powerful one i have experienced) we blast out of Ho Chi Minh city  on our way to Da Nang. One cool thing about departures out of Ho Chi Minh are they fly over the busy city so right after departure we overfly the huge metropolitan area of the city and to be honest it looked quiet amazing. 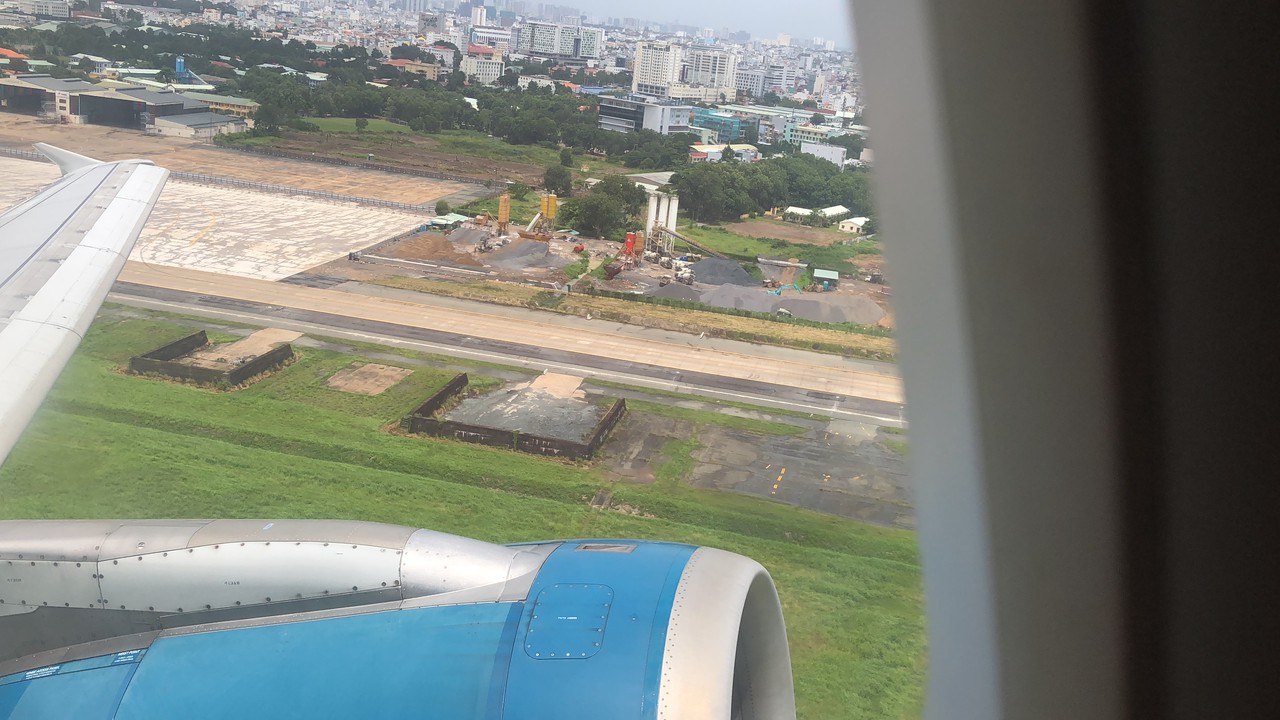 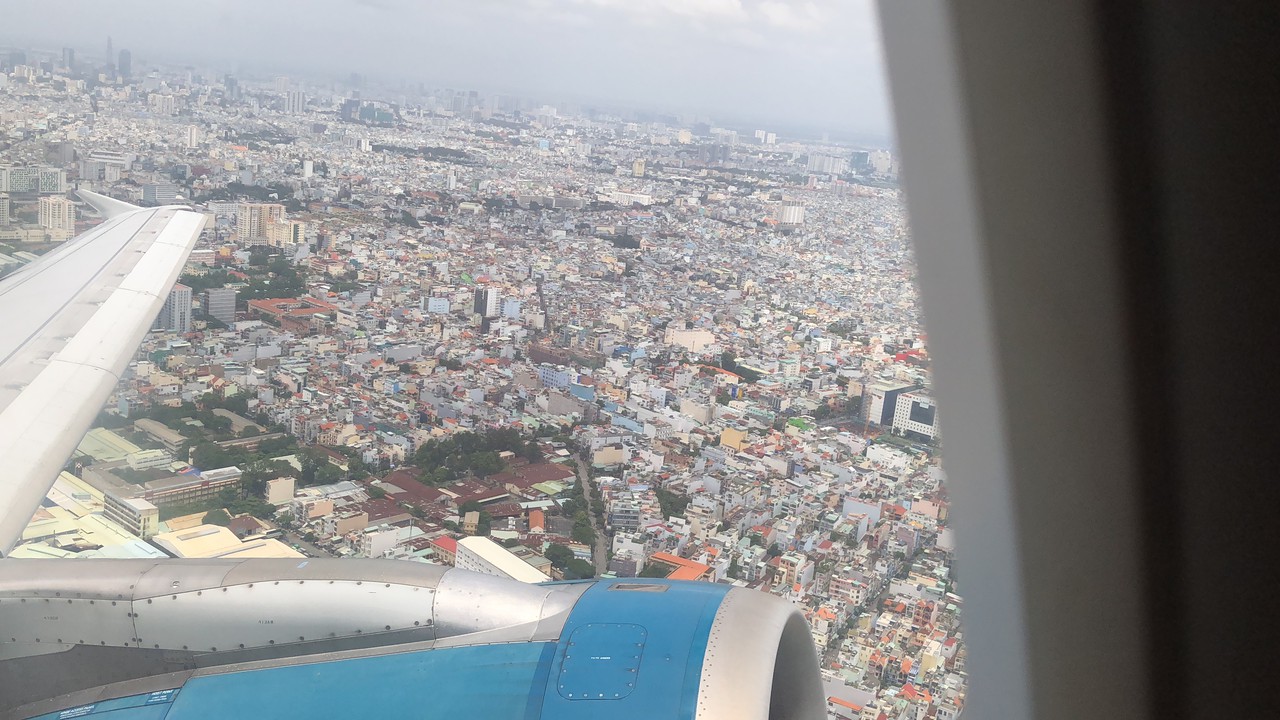 For those interested the departure video is attached above.

A little bit of cloud surfing as we climb to our cruising  altitude . The views on this day time flight were very enjoyable. 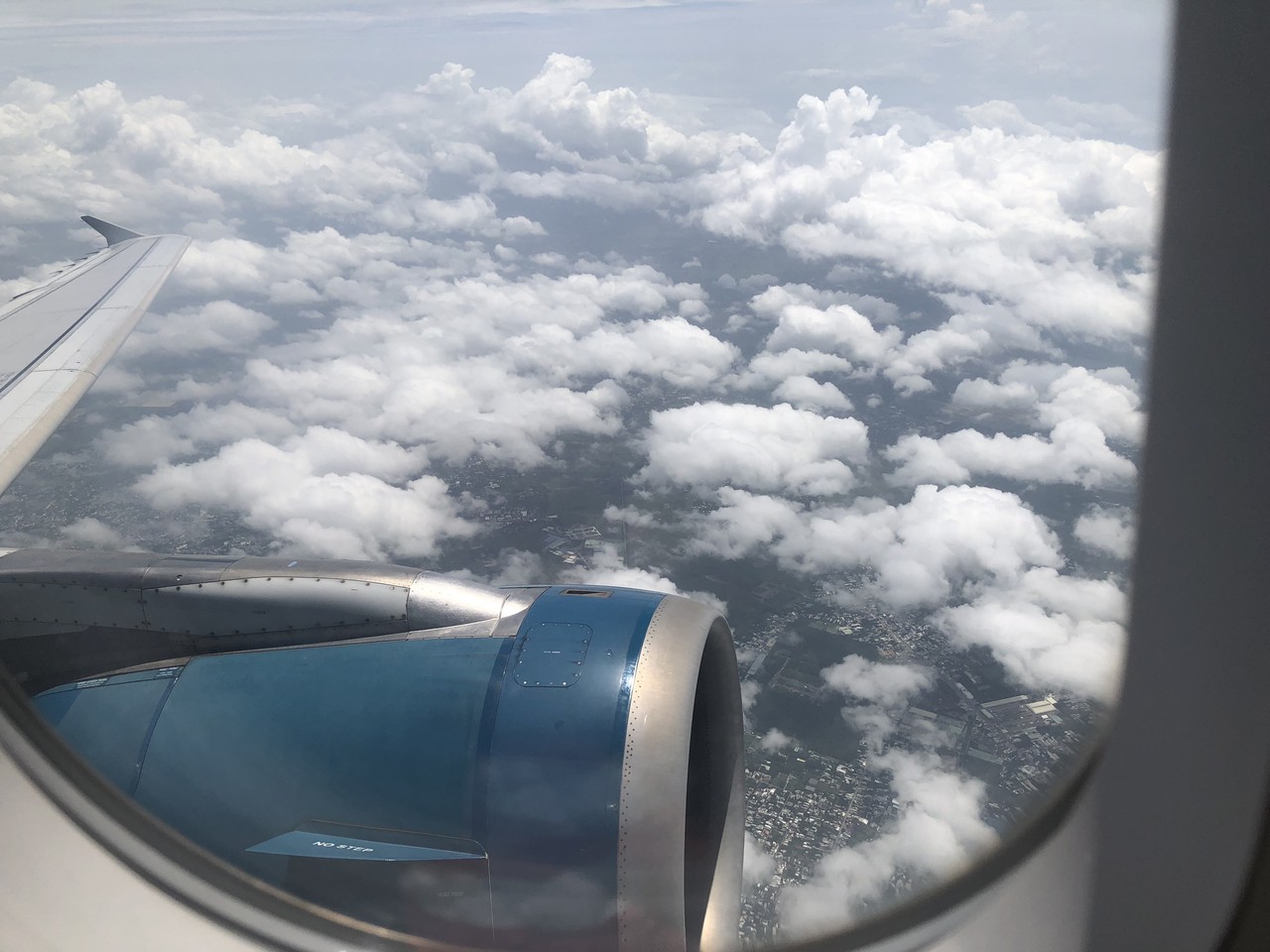 Shortly  after reaching our cruising altitude , drinks were quickly served . To be honest i was quite disappointed  that besides coke and water nothing else was available. If you are going to to a drink run then atleast there should b a variety of drinks to choose from and also considering Vietnam Airlines are a full service airline i expected more . But then again something is better than nothing. 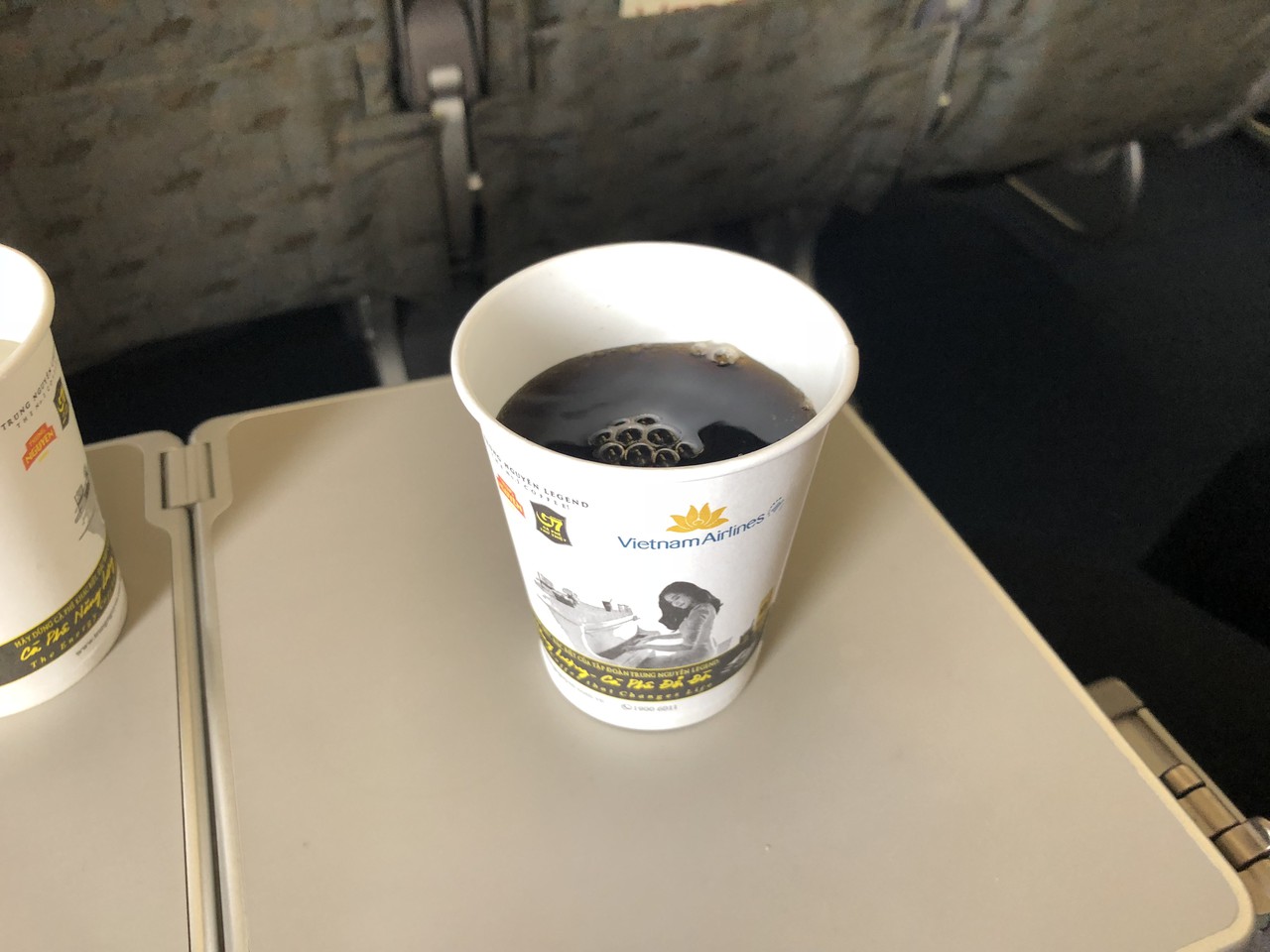 Meanwhile some stunning views as we cruise towards Da Nang. Always enjoy daytime fights for these fantastic views. 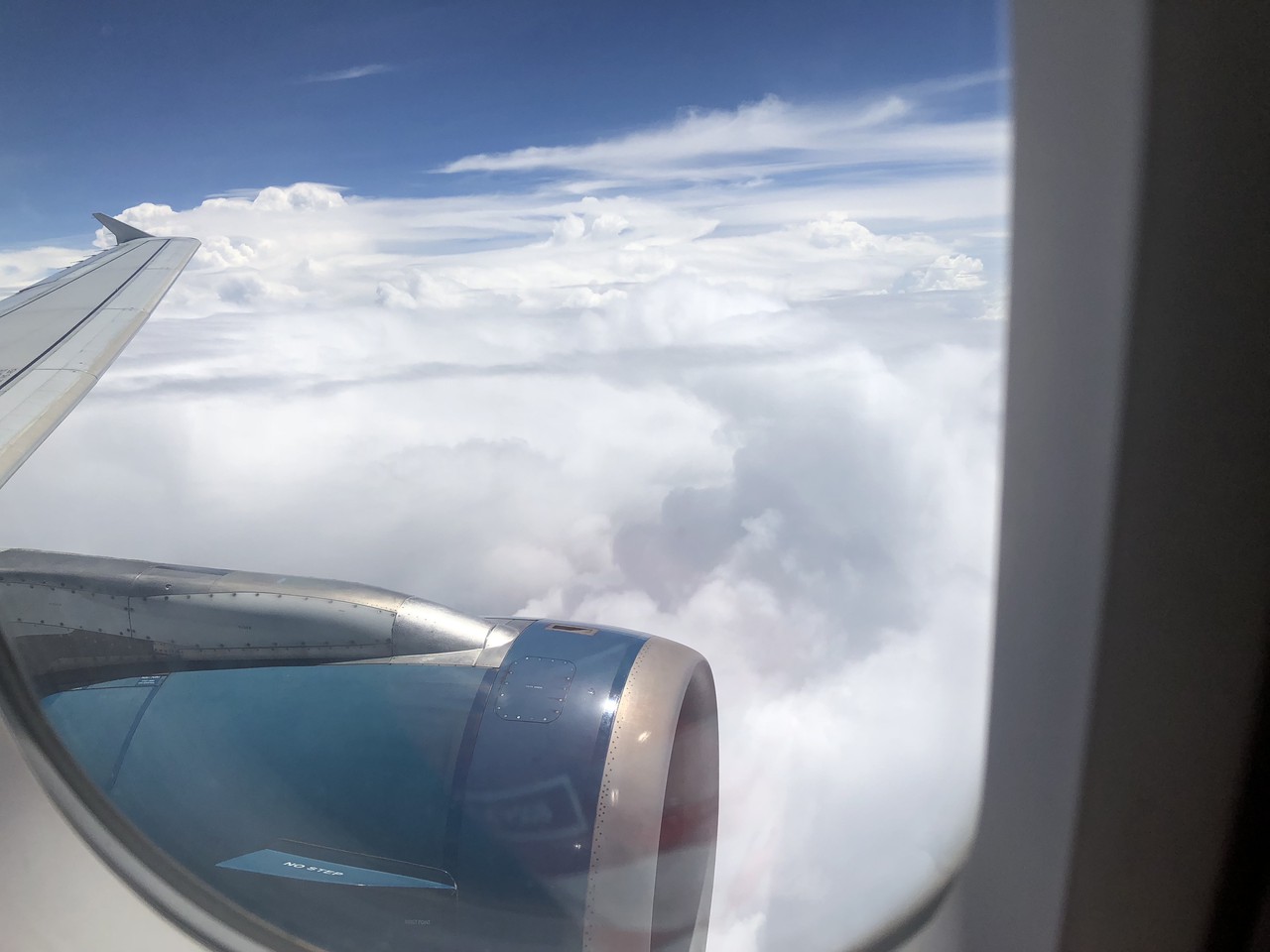 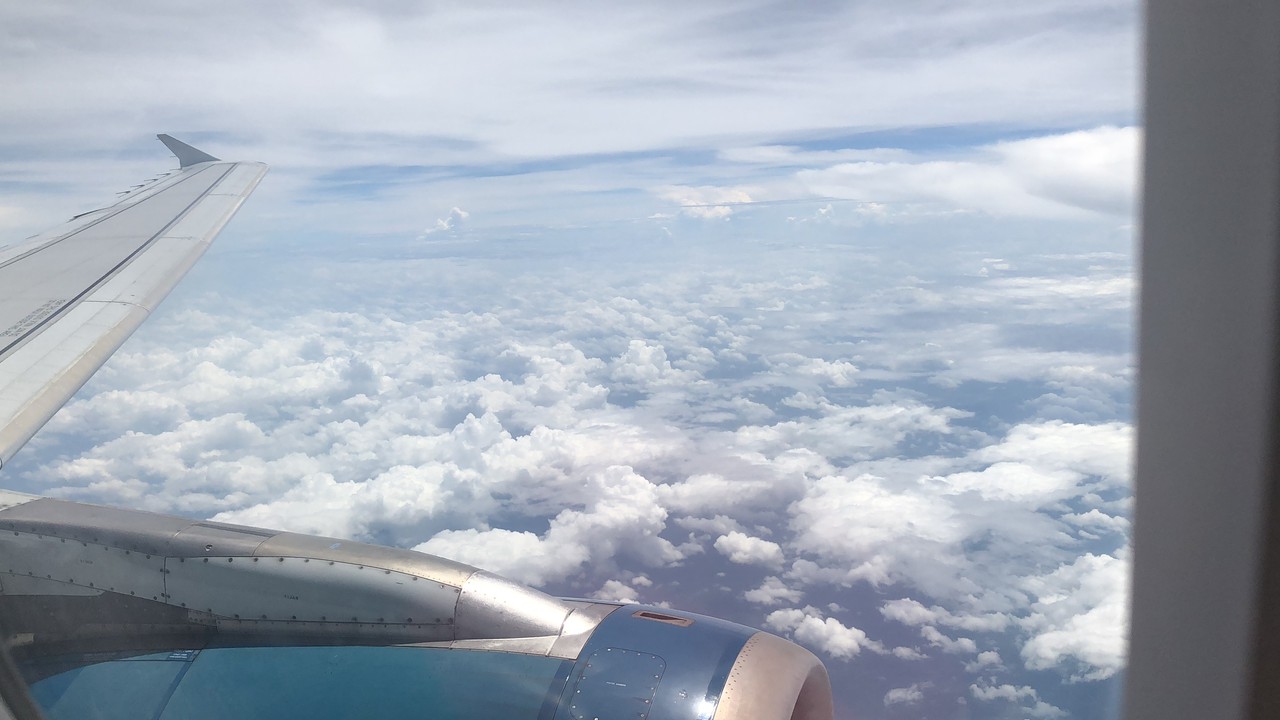 Very soon we passed by some hills and considering Da Nang is famous for them , meant we were very close to  our destination. 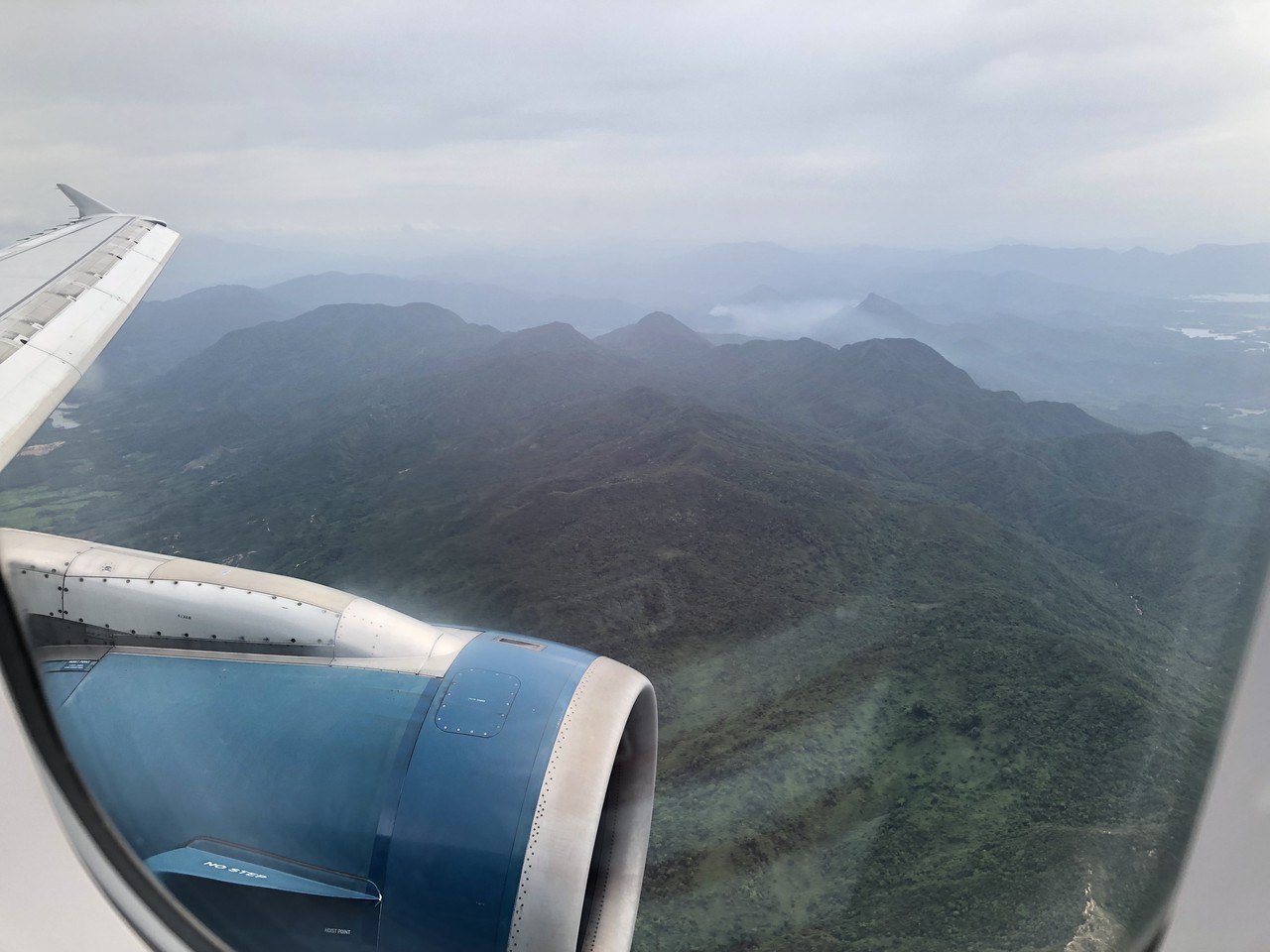 A quick left turn to line up with the Runway. 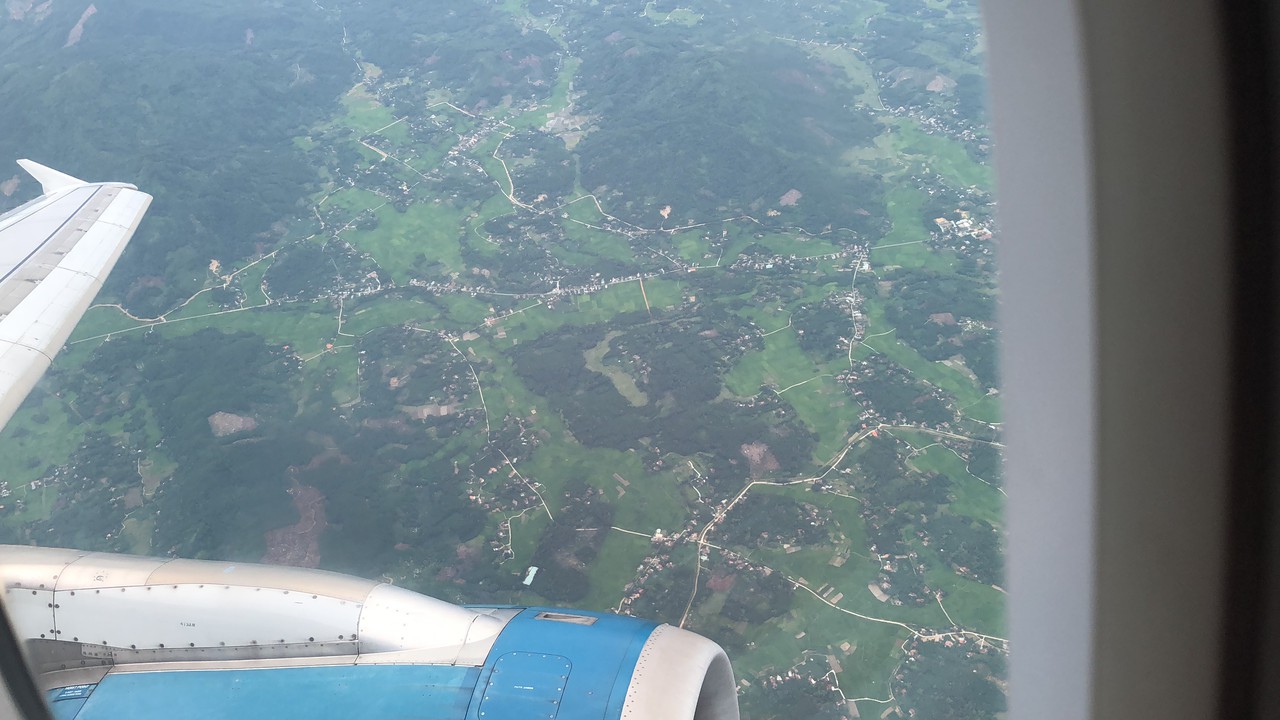 On final for Runway 35R , with some amazing  views of the luscious greenery around Da Nang city. 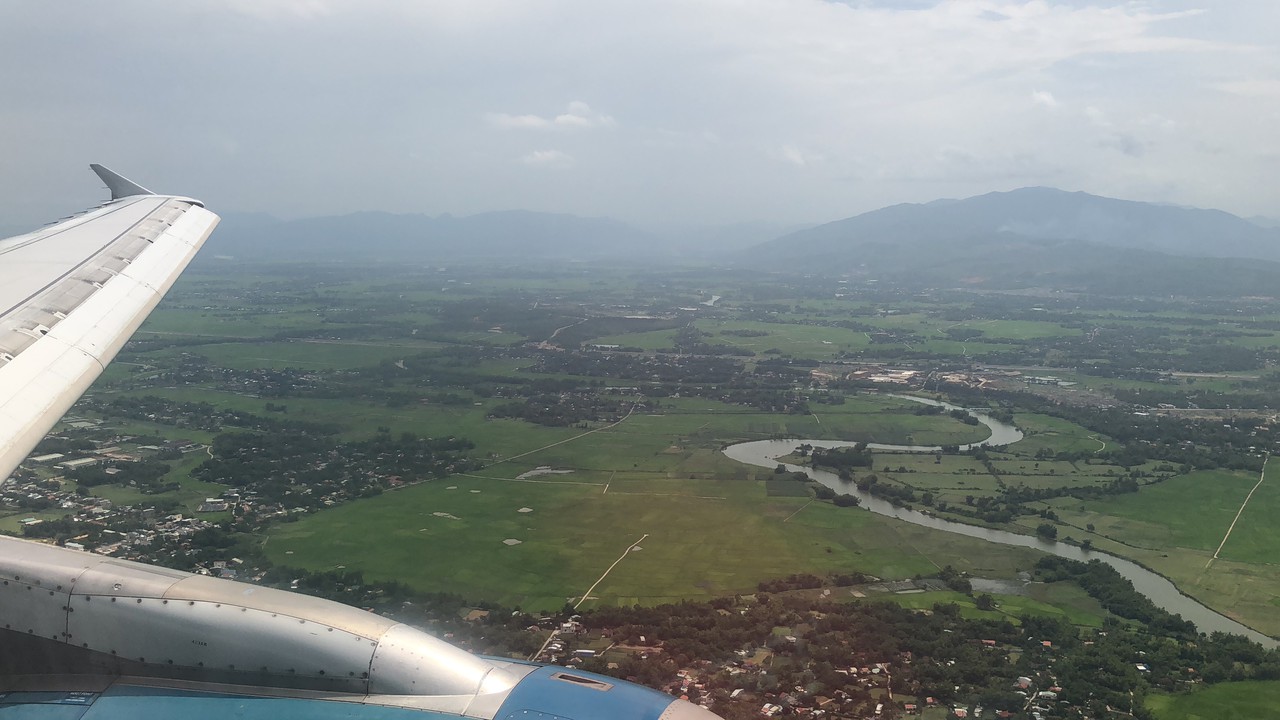 For those interested the landing in Da Nang is attached  above. 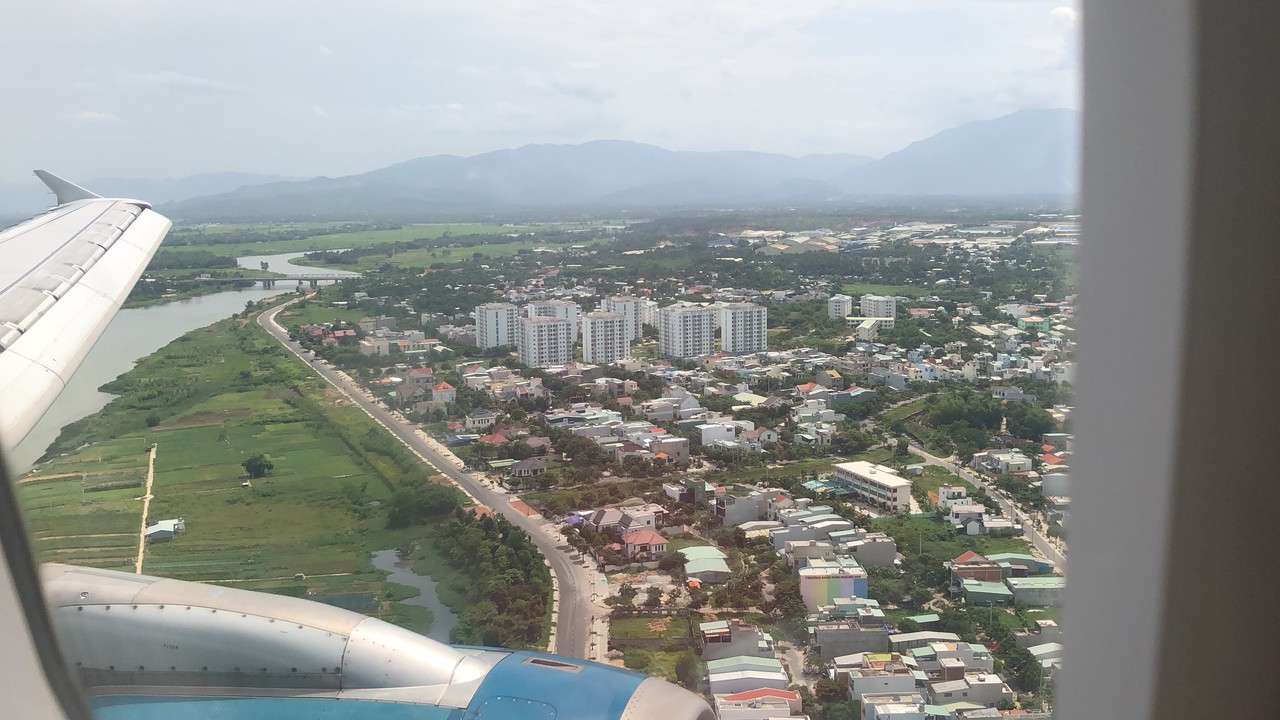 We touched down in Da Nang International  Airport an hour behind our scheduled arrival  time. 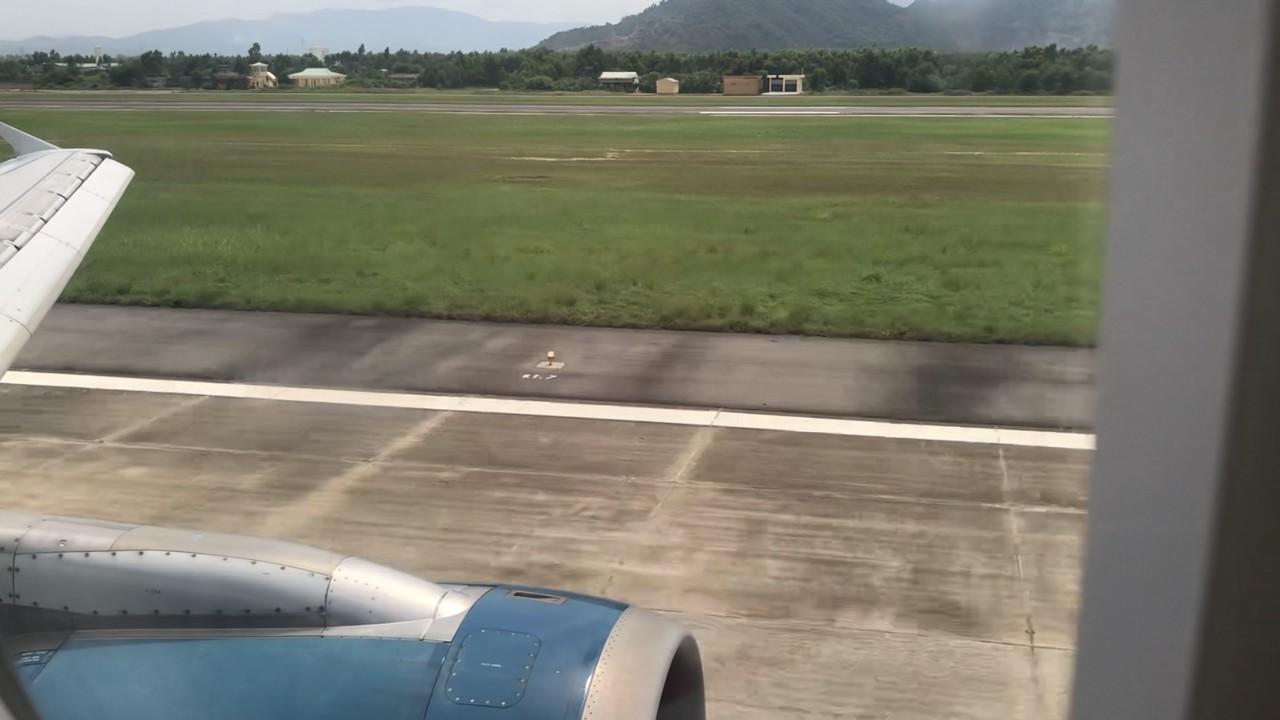 A quick  taxi from the runway an we are at our assigned gate, bringing us to the end of this flight report. In the background SilkAir and Jeju Air Boeing 737s heading to Singapore and Busan respectively. 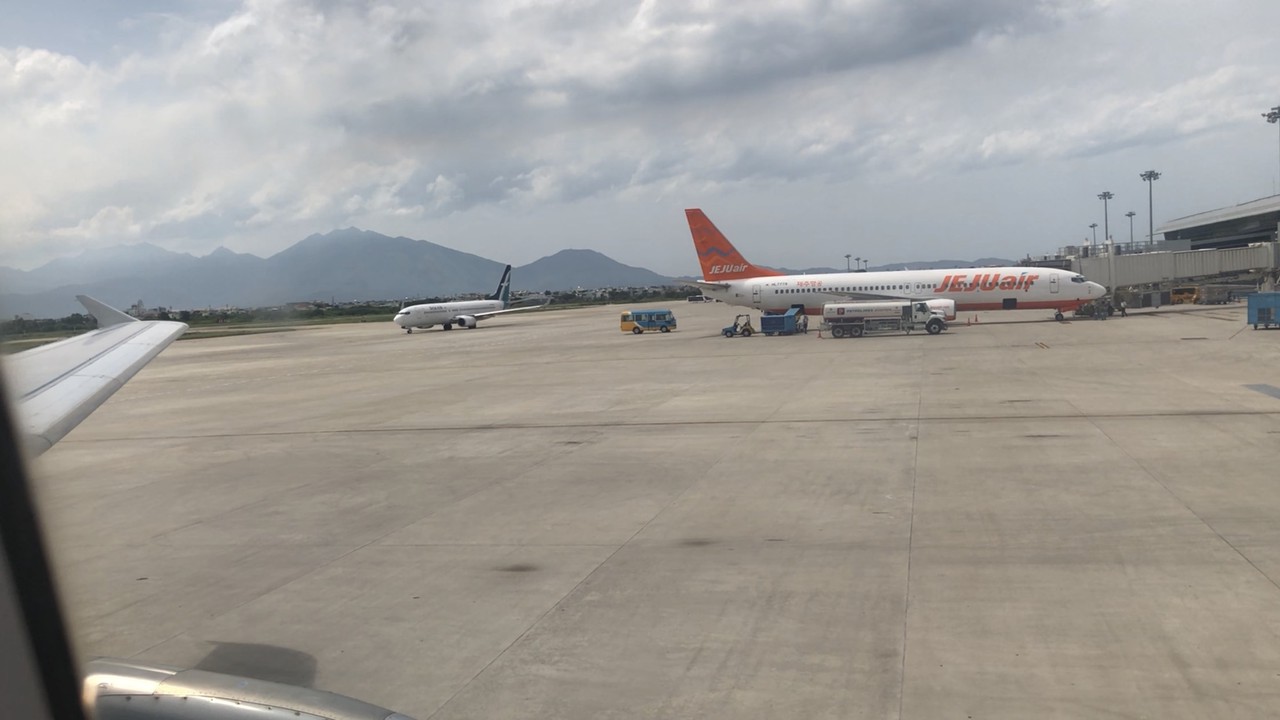 Overall it was a pretty okay flight with the Vietnamese glad carrier. The seat , well i got luck to get the emergency exit , hence the extra legroom . Its a sham that besides the inflight magazine there isn't anything else to keep yourself busy. On a flight like this one isn't such an issue however VN do operate these aircrafts on longer international flights so those flights that could be an issue. The drinks also i wish there was more variety rather than coke and water. To conclude these are small area were VN can definitely improve because they seem like a really good airline.

He wrote 26 reviews about 11 airlines and 16 airports.