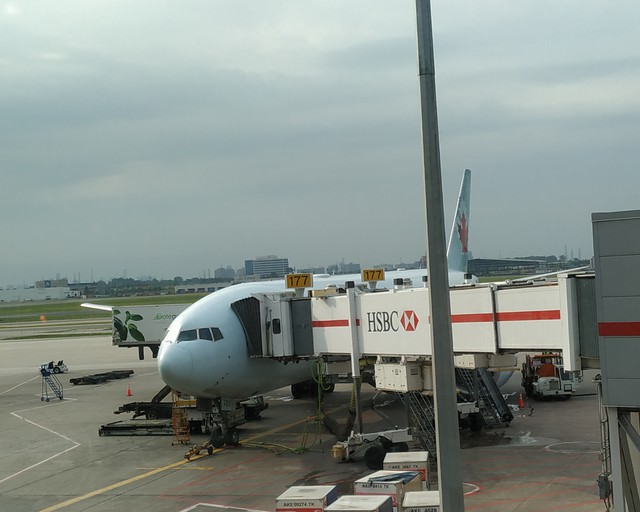 #16 out of 71 Airlines A minimum of 10 flight-reports within the past two years is required to appear in the rankings. 340 reviews

Packed in an economy class with 3-4-3 configuration B777-200LR for 17 hours in a "DAY Flight", was it a nightmare? Aside the terrible 12 hours jet lag after landing, how was my experience onboard this Air Canada flight from Toronto to Hong Kong? 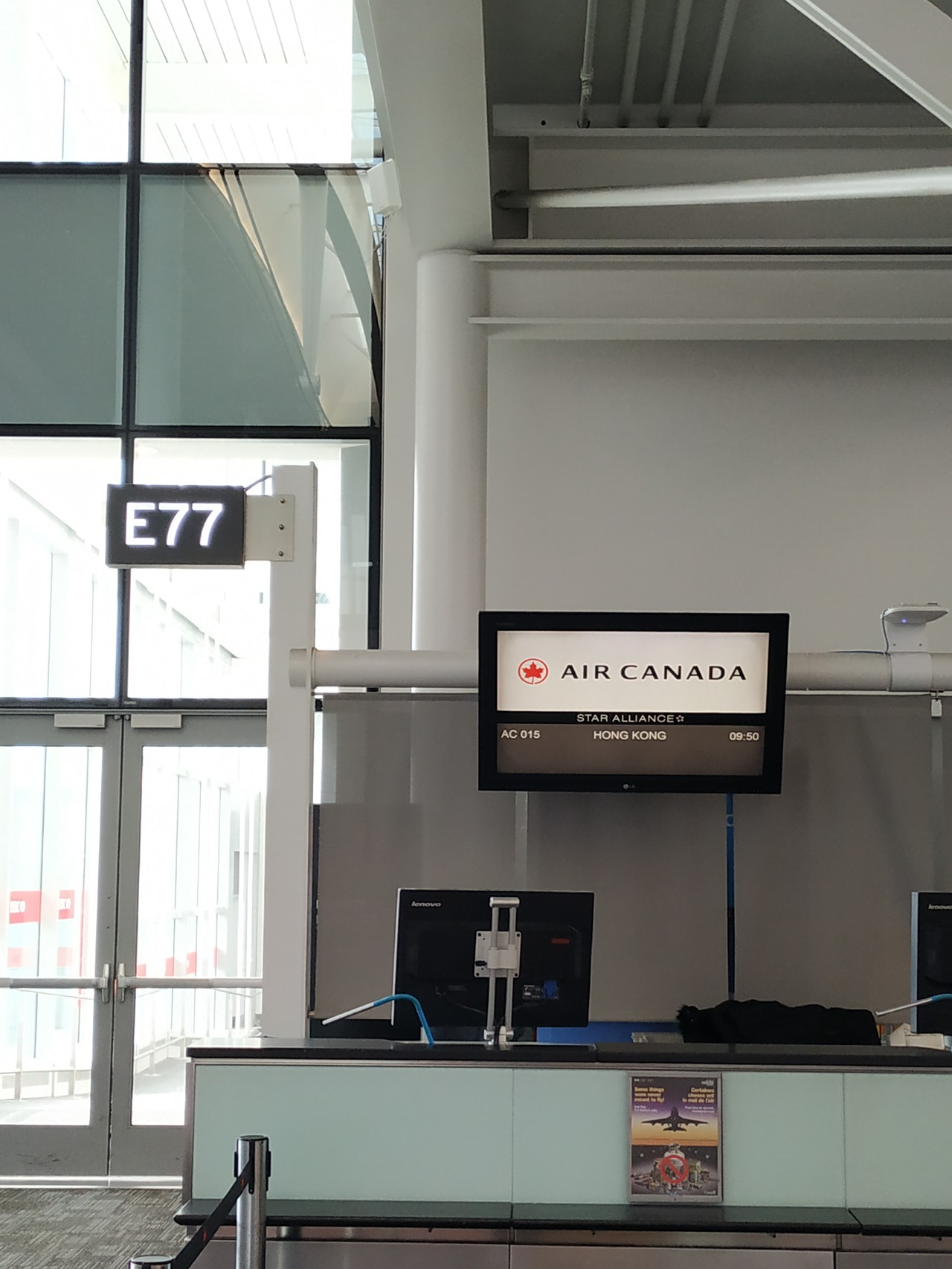 After spending a month in Canada, it was the time to get back home. I bought a Tim Hortons breakfast set in the airport with my coins left, but this was the breakfast that caused my nightmare in jet lag afterwards …. Often times getting a deep sleep is essential for having a pleasant long-haul flight, but I got a coffee before my flight, I could't sleep well onboard….it was terrible 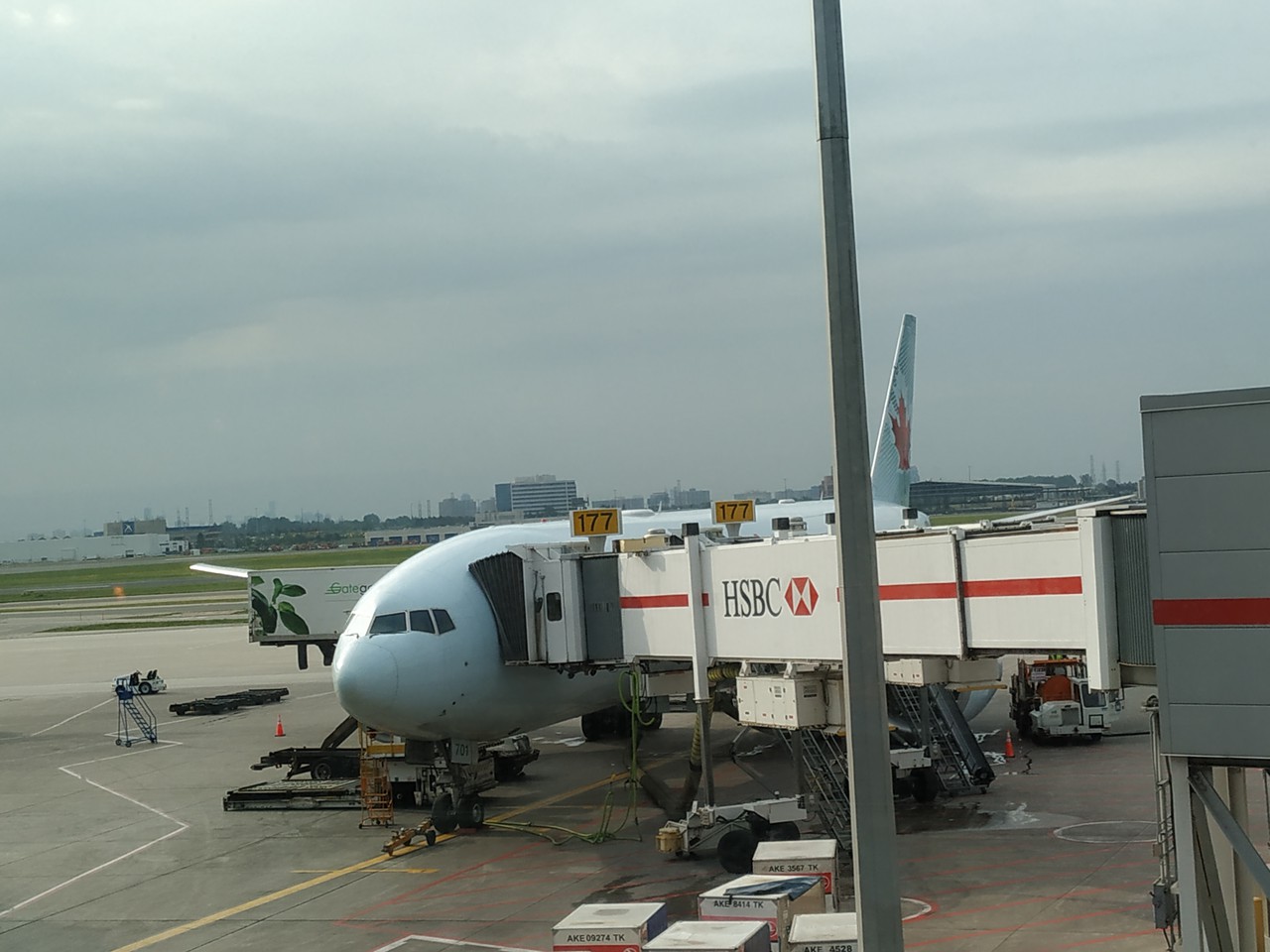 Soon I saw my plane serving me that day, it was painted with the old livery of Air Canada, it is becoming more and more rare these days…
My flight:
Air Canada AC15 Toronto (YYZ) / Hong Kong (HKG)
G-FIUA Boeing 777-200(LR) 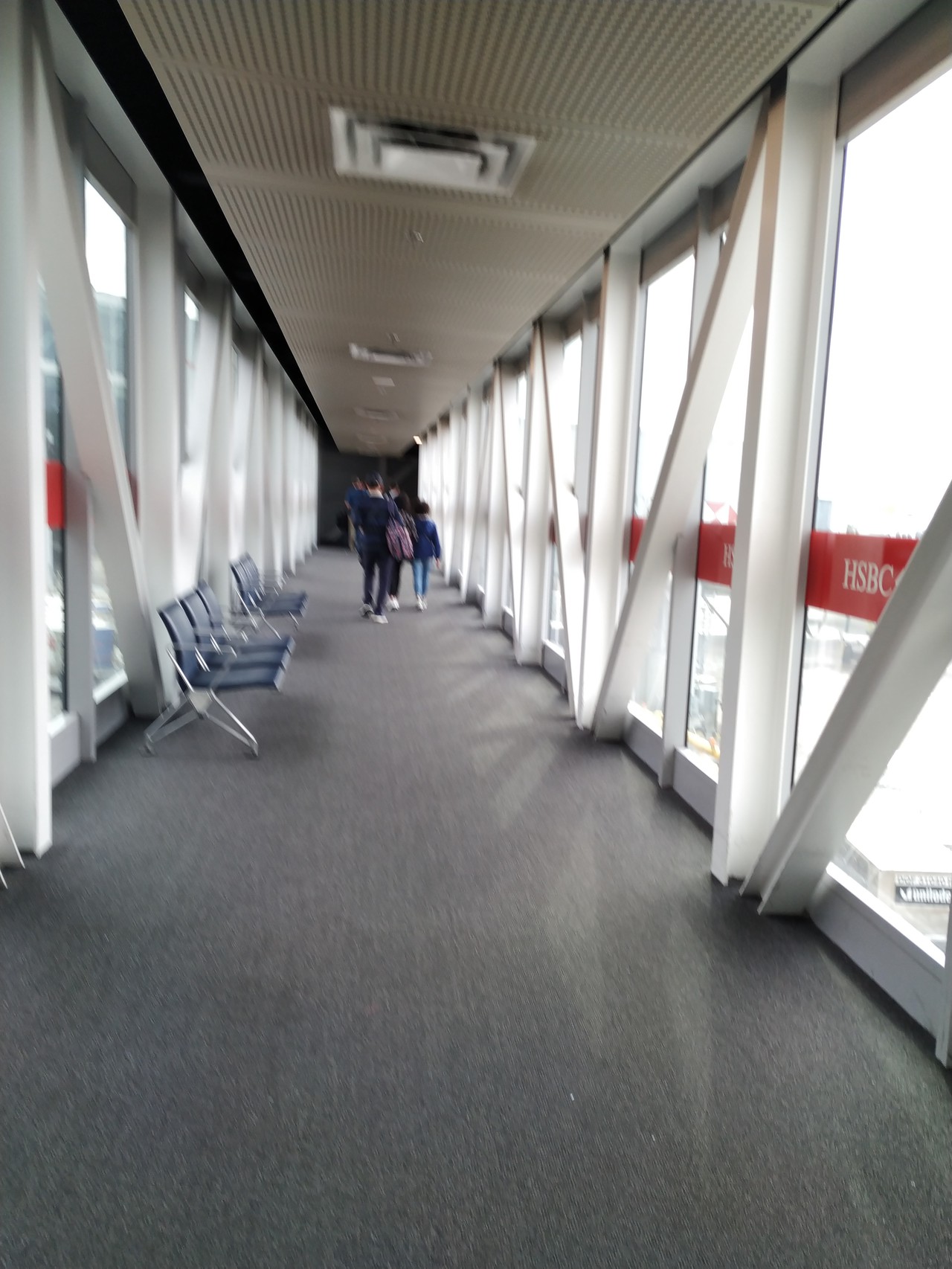 Getting ready for my long flight… 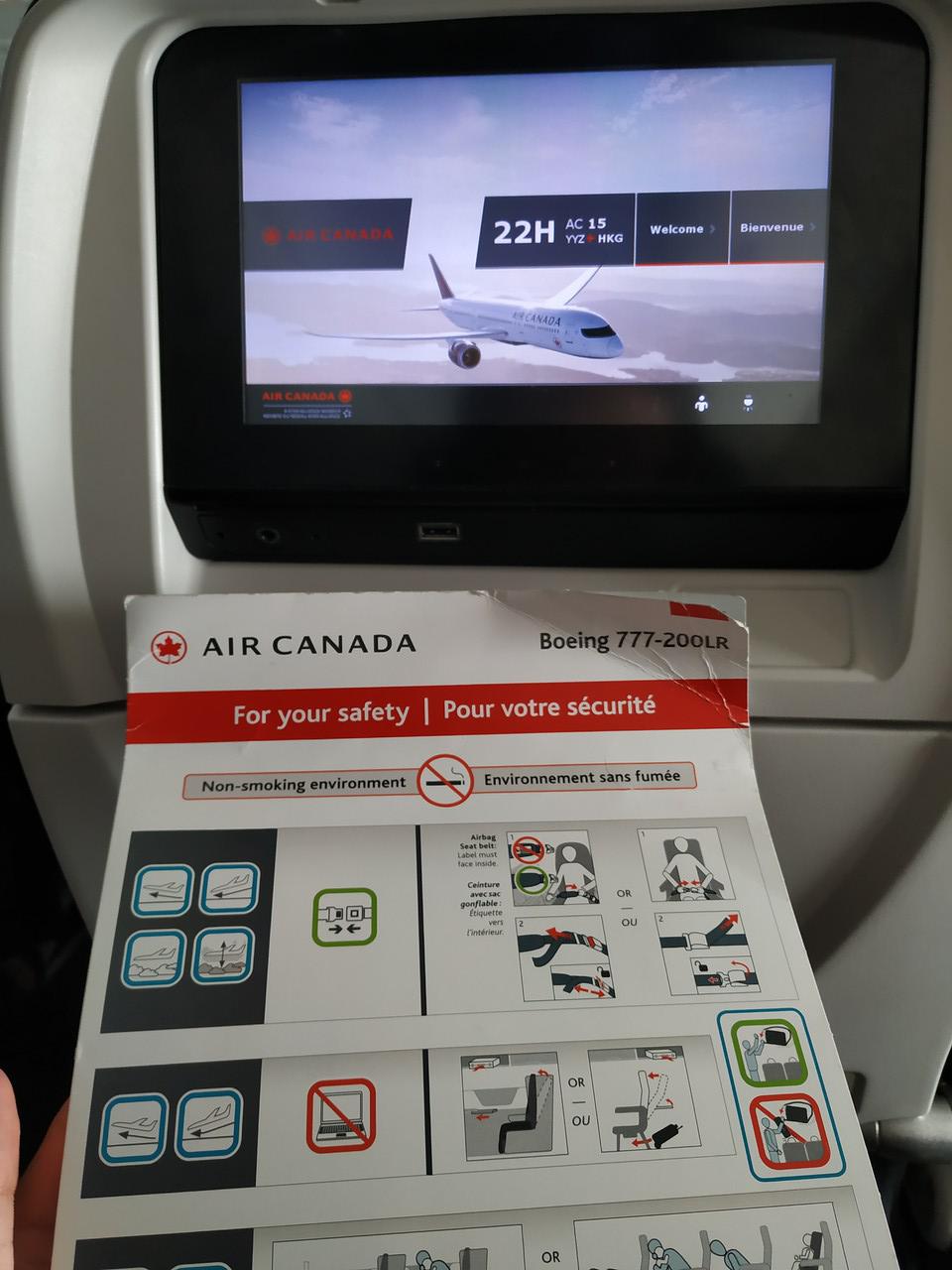 My seat was an aisle seat, as selected before check-in. The loading was nearly 100% and I couldn't see any empty seats in the economy cabin, as there are just 2 direct flights daily from Toronto to Hong Kong, while the another one is operated by Cathay Pacific. The economy cabin is configured as 3-4-3, which could be seen easily in the B777 nowadays, maybe it is economical for companies, but for passengers, I think it is a bit narrow, and the legroom was just fine, but definitely not a preferred one for me! 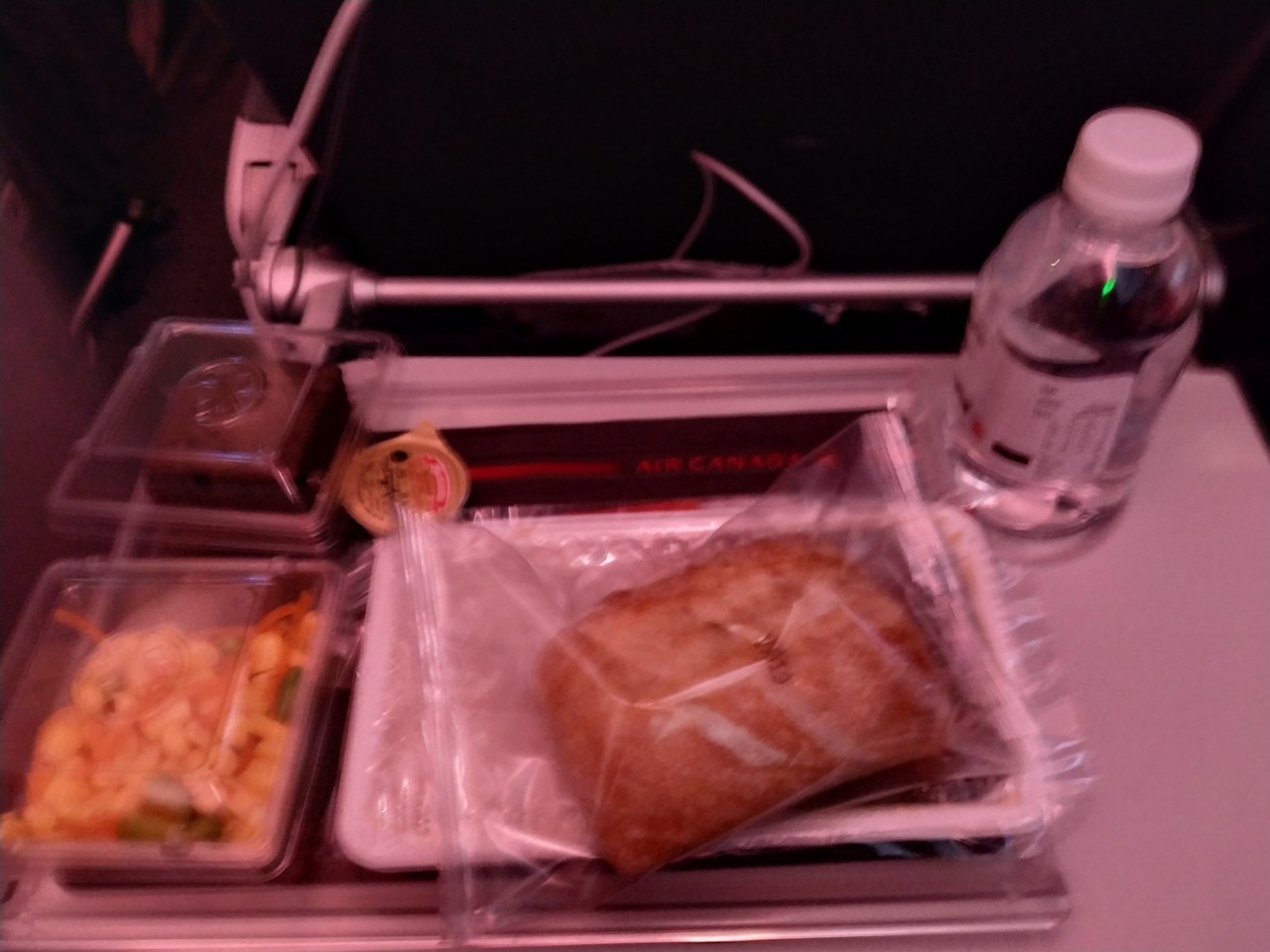 The first meal was served soon after departure. It was a Chinese style cooked pork with rice, I would say it tasted normal, not a tasty one. The cake was unexpectedly great, I love sweet chocolates. 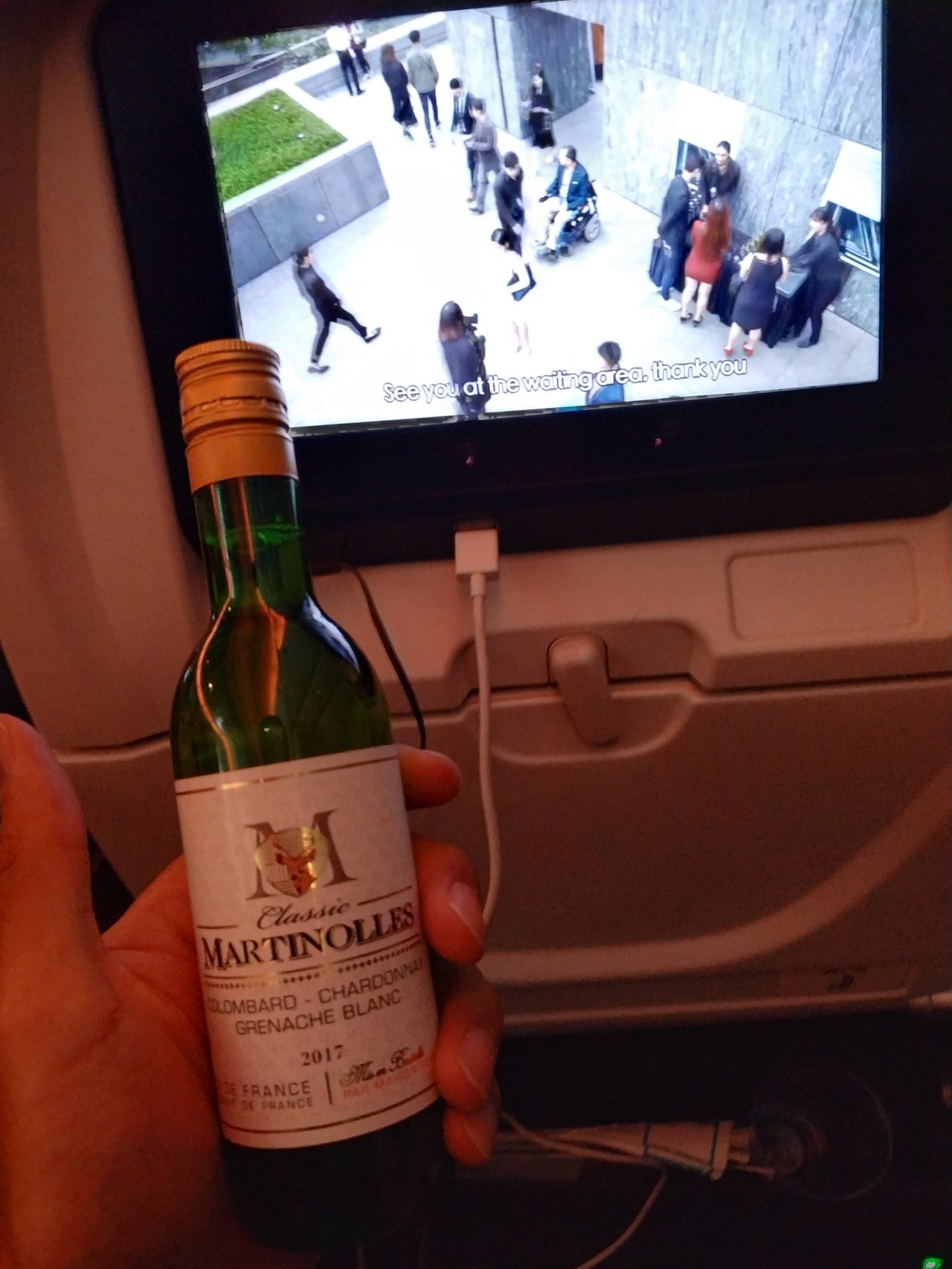 I ordered a white wine and tried to get asleep, but I still could't sleep after 5 hours… 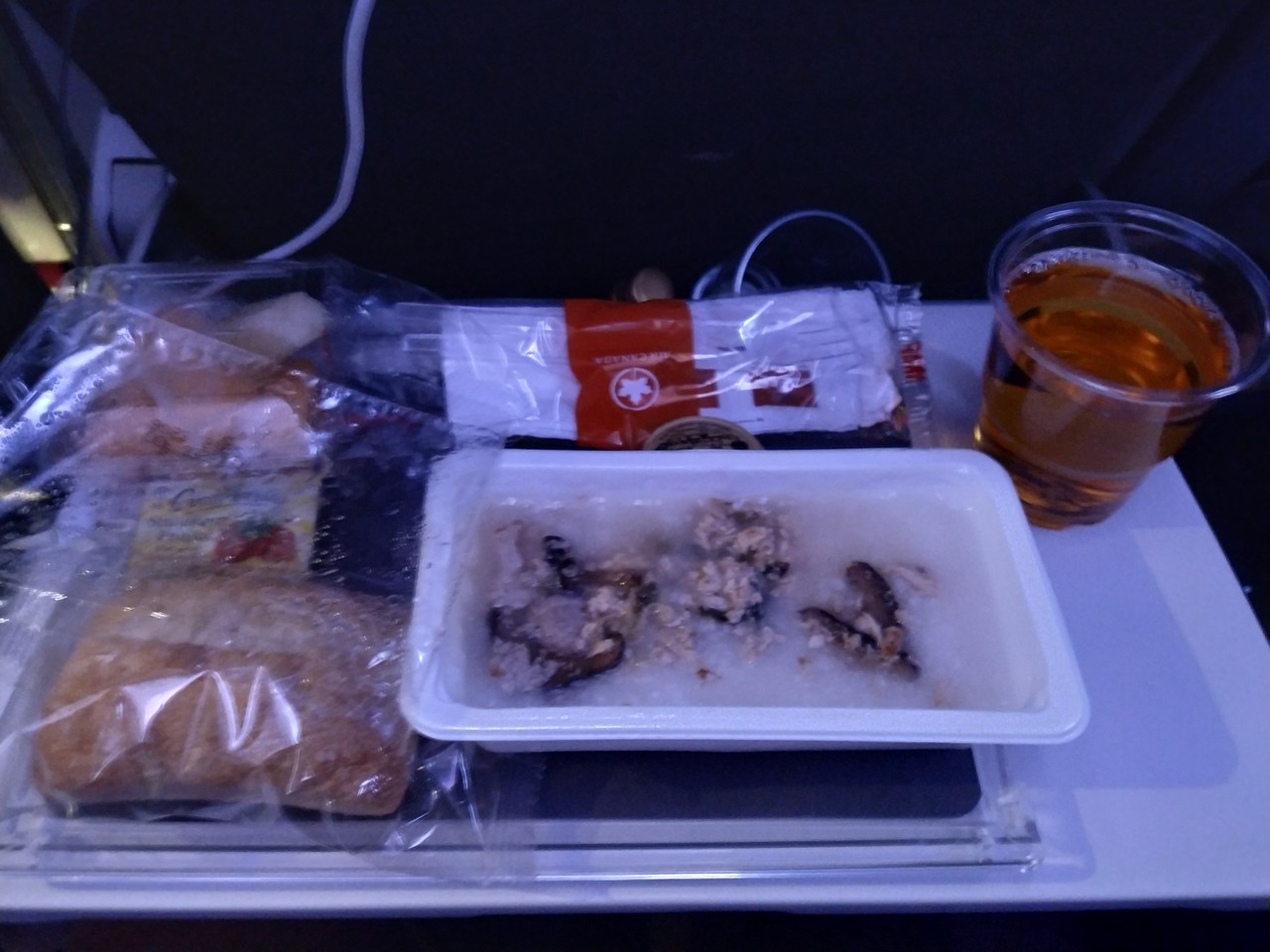 I picked the congee (Chinese style porridge), with mushrooms and pork as breakfast, served along with fruit selections and bread with strawberry jam. Some of you may wonder why I choose the congee instead of a UK full breakfast….I was just curious how the taste of congee served in flight, as this was my first time hearing this breakfast option and I always want to try it after my outbound flight to Toronto a month prior to this flight. After tasting this "congee", I regreted….aside the poor looking, the taste was really bad. 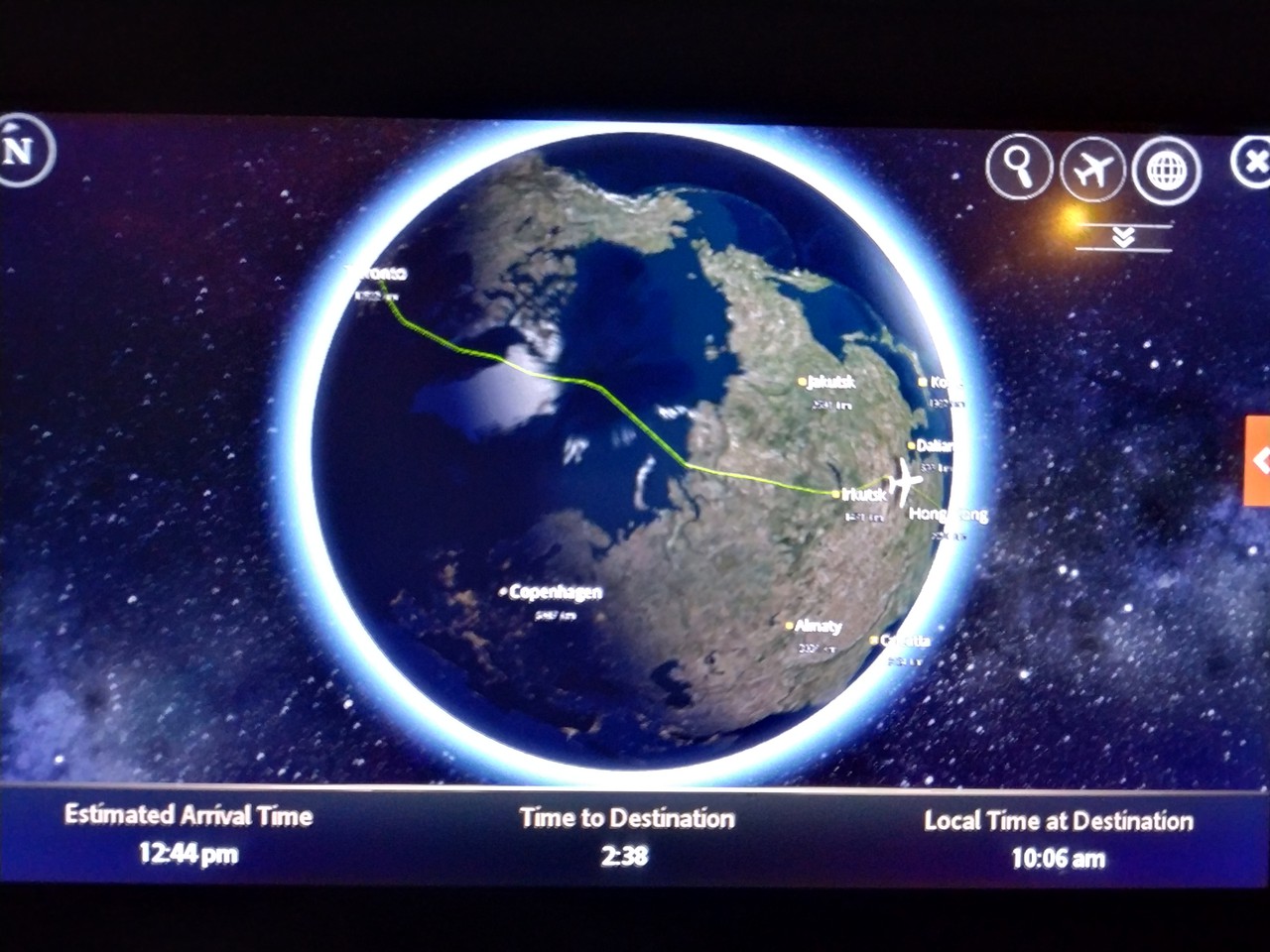 The movie selections were diverse, as an international career, I guess it is a basic element. Movies with different languages were included, though not as up-to-date as some other airlines does, still I could found lots of interesting movies there. At the time I took this picture, I have flown for nearly half of the Earth. 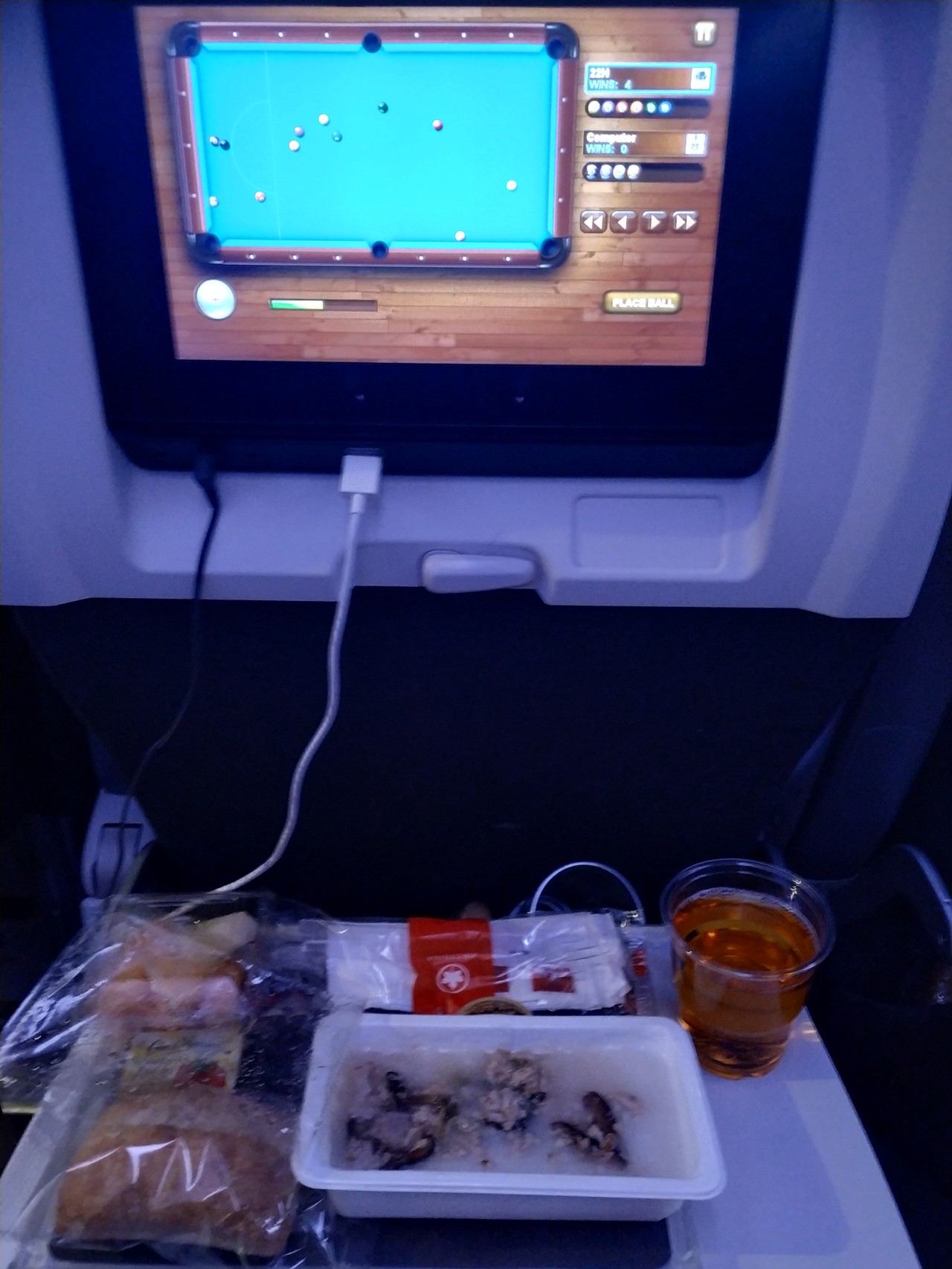 After finishing my breakfast, the flight was near to destination and I couldn't take a nap anymore, but the flight is less than sufficient to finish a movie, so I decided to play some games. Interestingly, I could always won when competing with AI even I selected the hardest level…….. 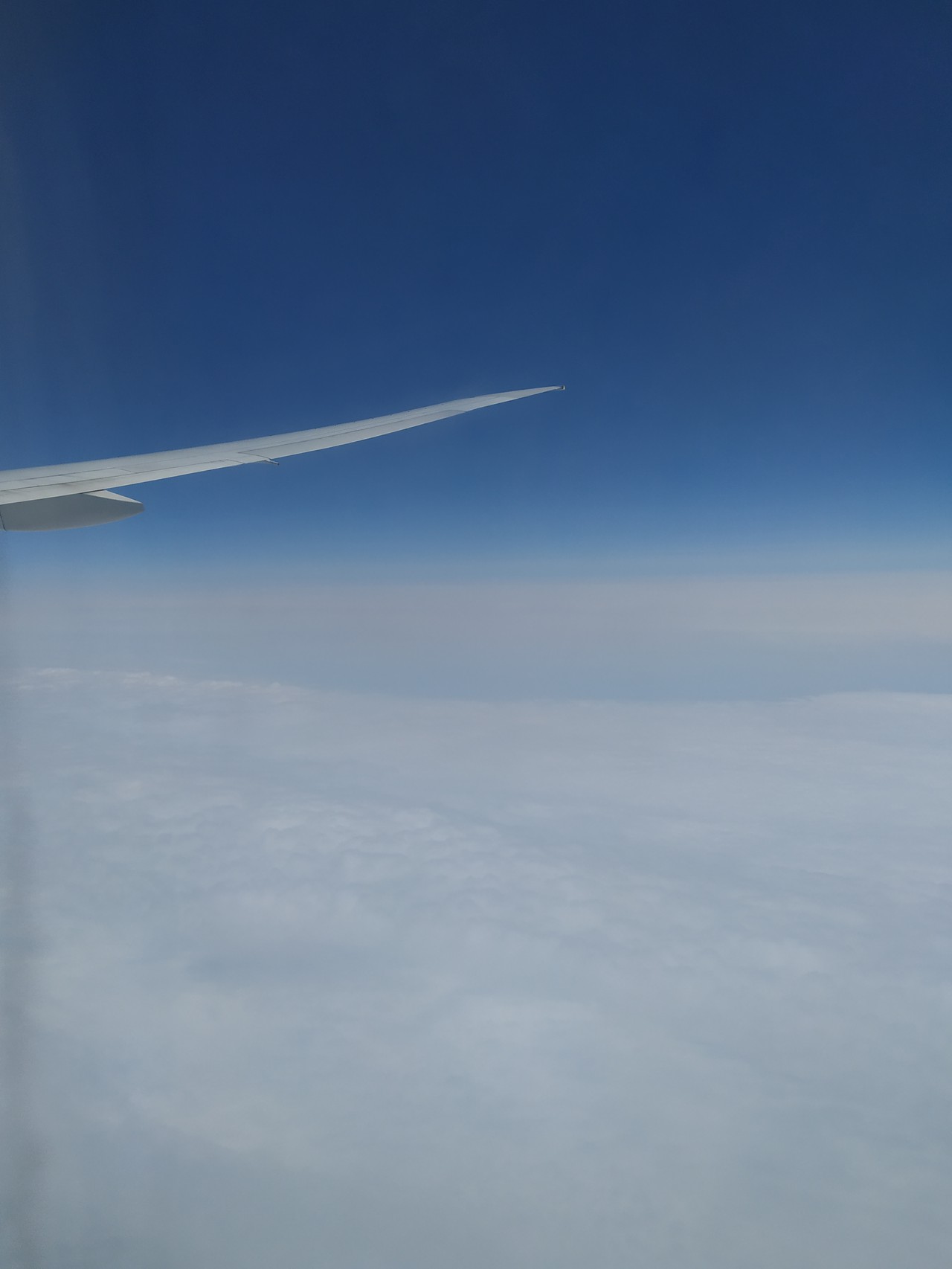 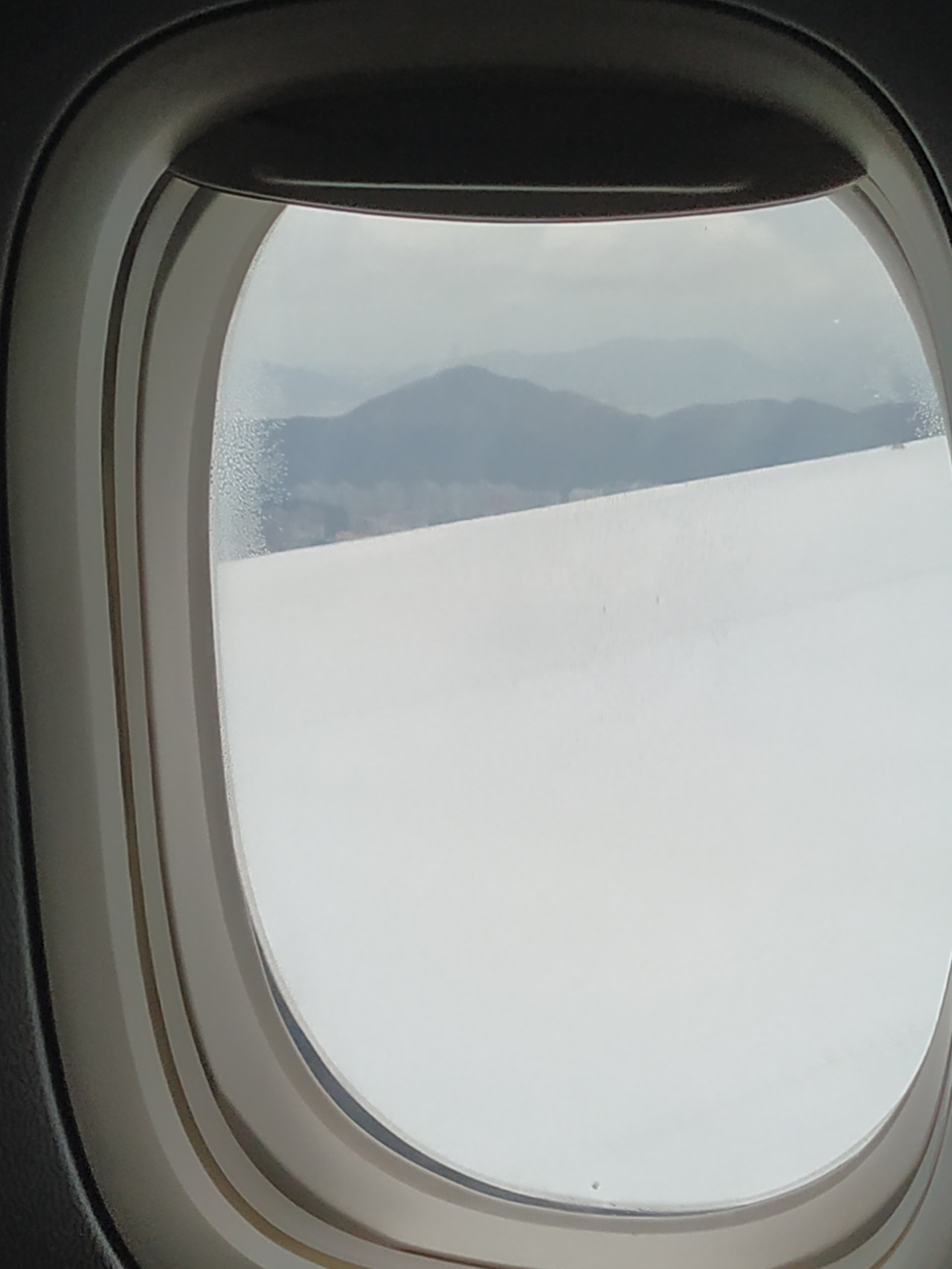 In the final approach, I could finally see my home town outside the window, I missed my home a lot after a one month stay in the another side of the Earth.

It was the longest flight I have ever flown with, from Toronto to Hong Kong. Overall speaking, I am not favourable with the 3-4-3 configuration of this aircraft, it was a bit narrow, but hopefully the IFE was modern that I could spend some of my times there. The day flight was terrible for me, I could fight with the serious jet lag after landing as I really couldn't get a deep sleep onboard. After all, the crews were friendly and I could get timely response to my requests for drinks or necessities, I appreciate this especially for a long-haul flight.