#27 out of 72 Airlines A minimum of 10 flight-reports within the past two years is required to appear in the rankings. 526 reviews

hello
Welcome to a new translated report serie from Guadeloupe (FWI) to Seattle,WA

this routing allows me to discover Alaska, and Omaha airport, and it's 6 exclusives flights for the data base

Our previous flight from Sint-Maarten/SXM is gated in A9, we have to cross TSA, customs etc and reach terminalB in one hour, which is short. We began a race against the clock,  and hopefully we didn't wait to much at the TSA, and terminal A and B are besides. At 8:50pm we reached B13, welcomed by the crew with some "you did it" : they were waiting for us, and closed boarding just behind.
The plane is pretty empty, and despite I didn't have window, I dind't change of seat, I knew that I'll sleep more than looking outside.

We pushed-back at 8:55pm bypassing an AA airplane. 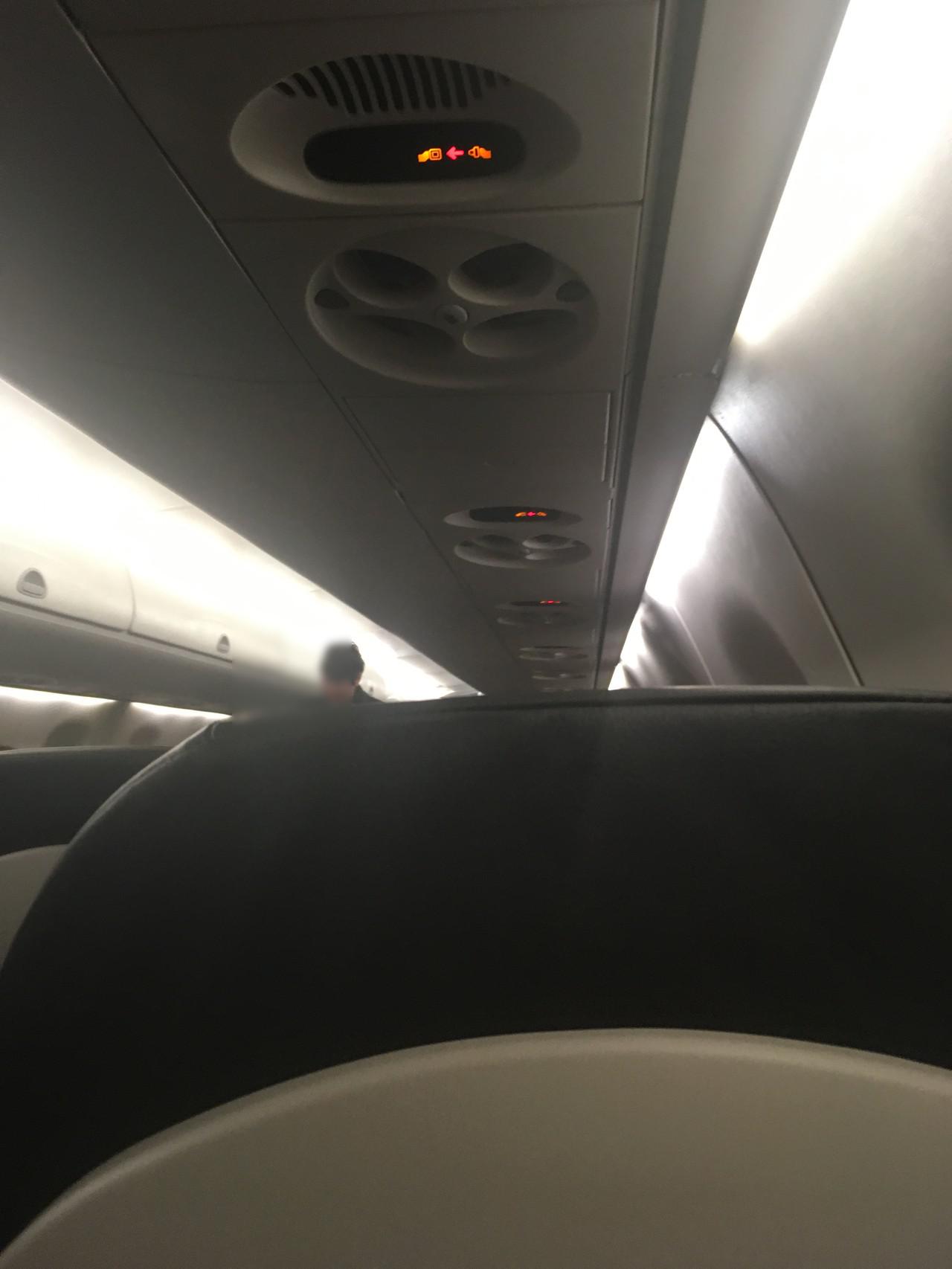 The grandmas FA of this flight were pretty nice, they seemed to know the whole plane.

Take-off at 9:10pm, good by Philly, it was short and intense 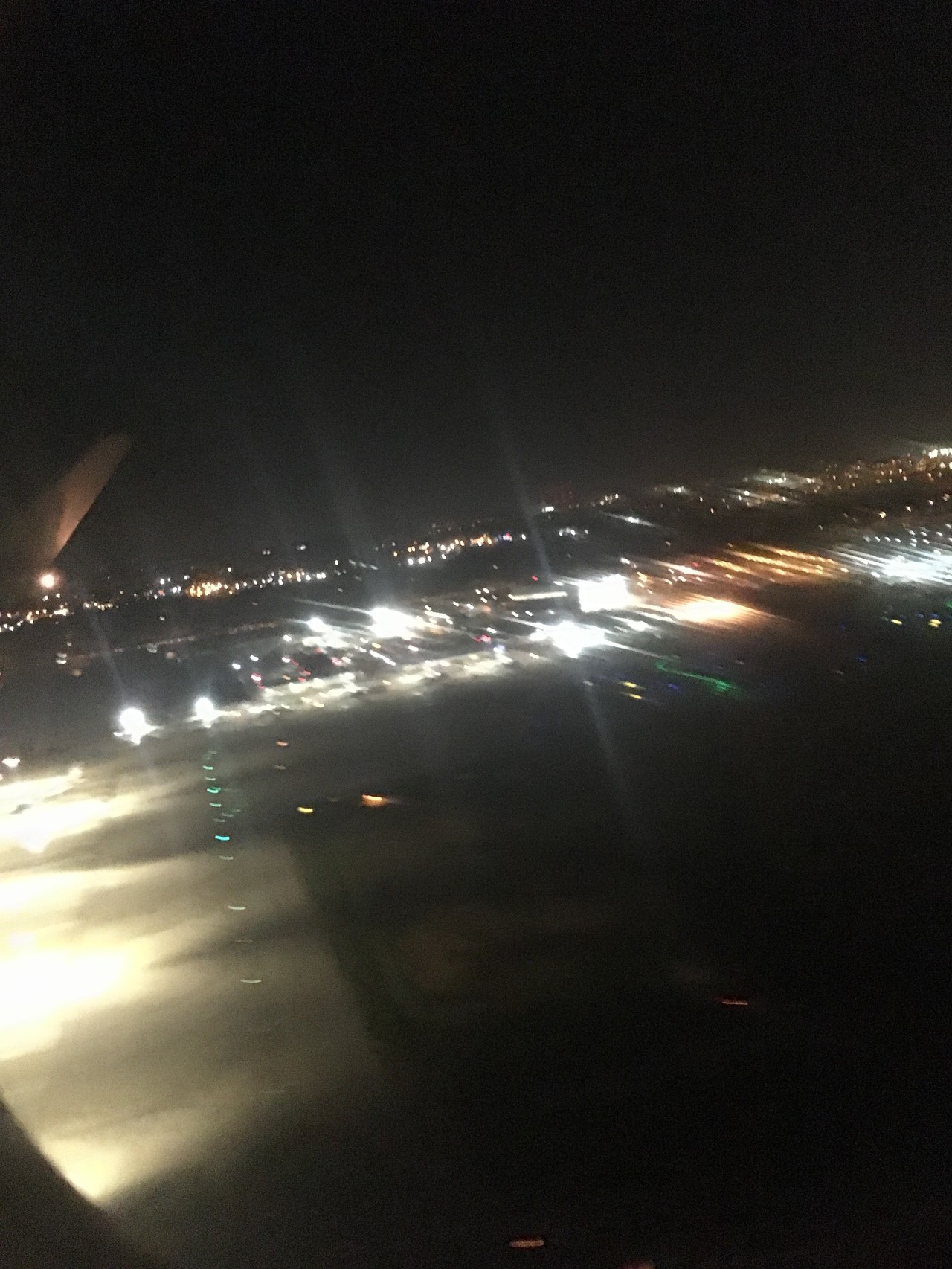 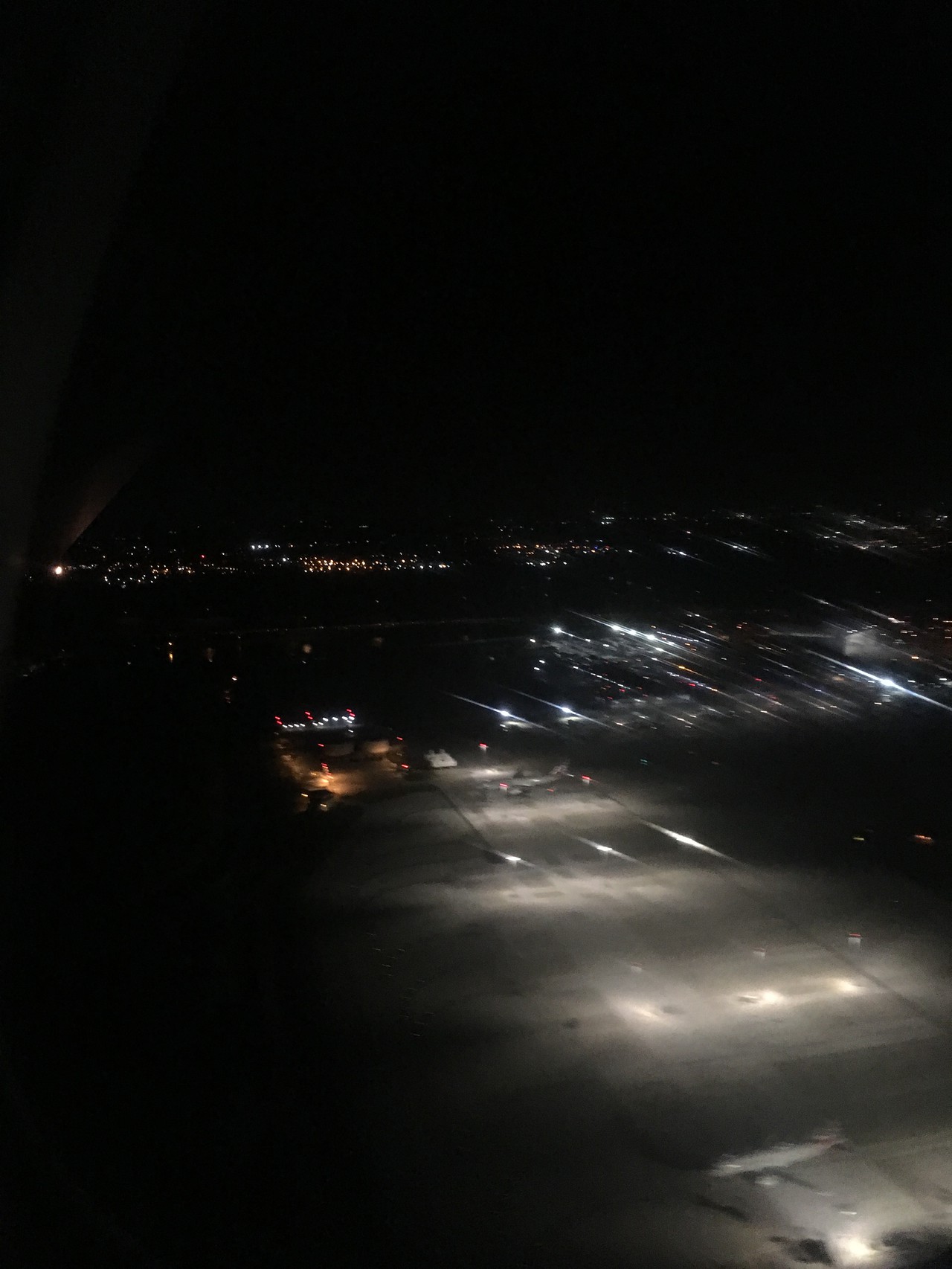 Lancaster amish city, then we flew over Harrisburg, headed west to Nebraska. 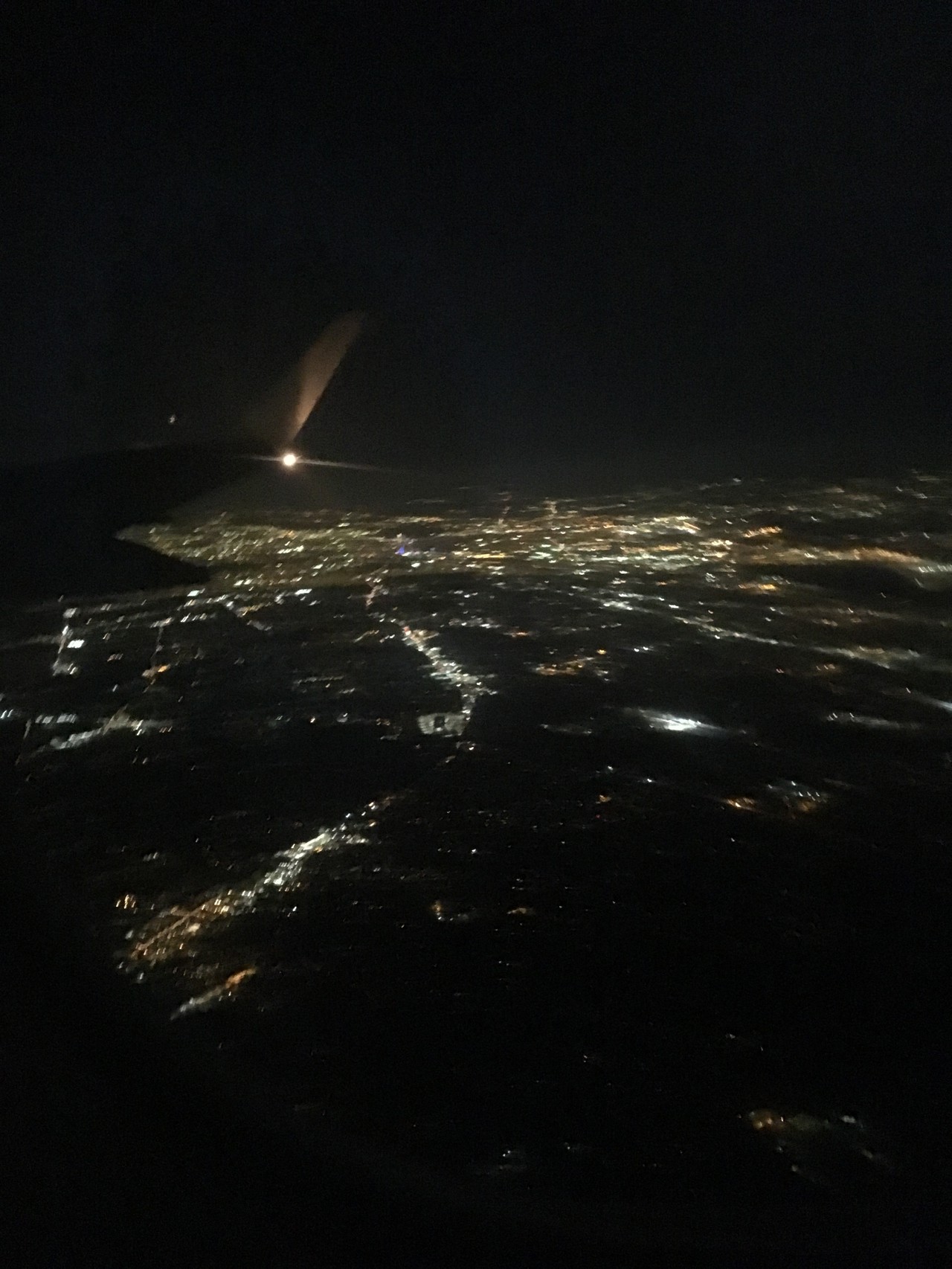 Then inland Pennsylvania with nothing interesting… 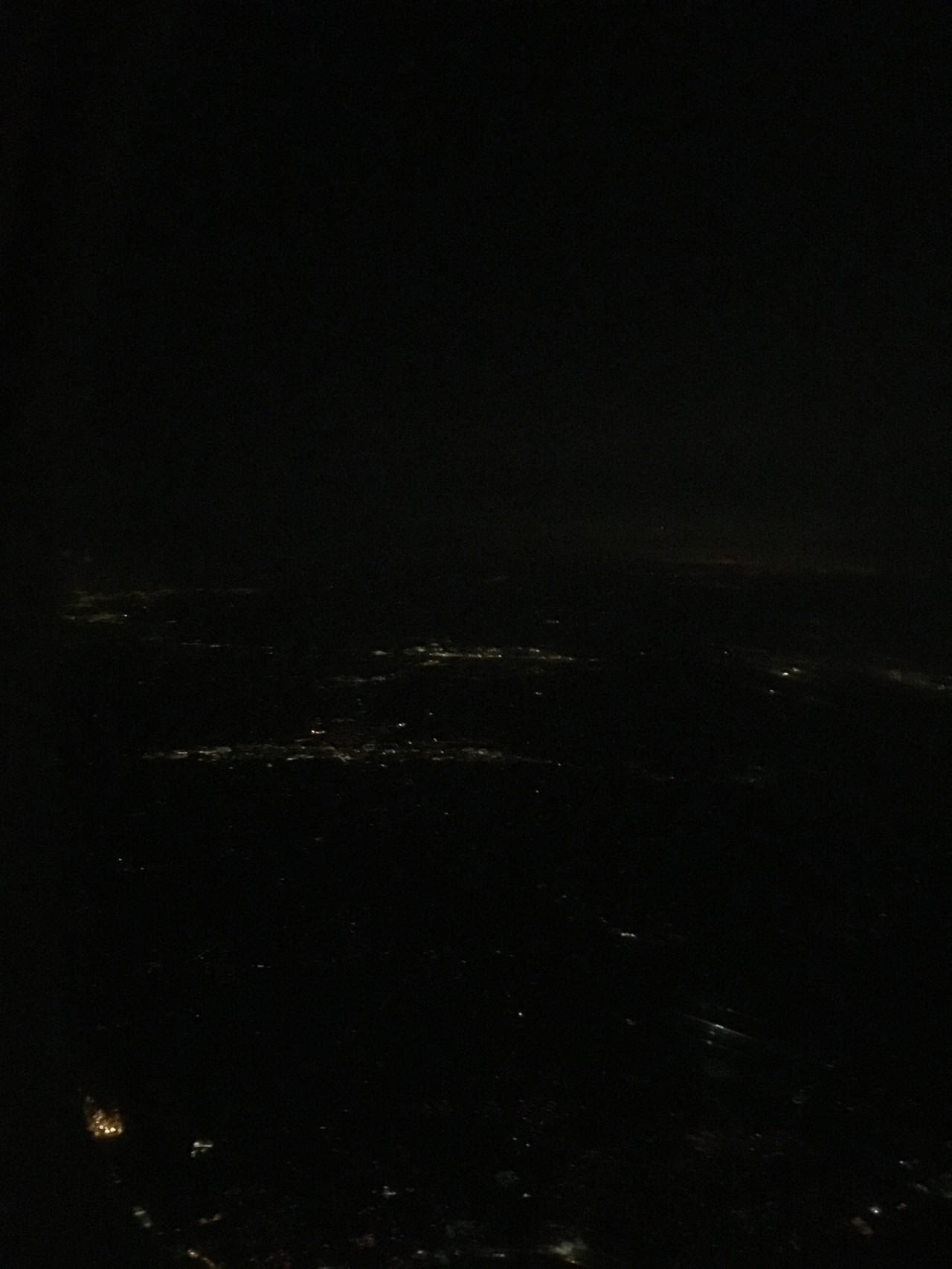 Then catering service began, it was long because stewardess were talking to evereybody, which create a familiar atmosphere: I think that almost evereyone in this plane were accustomed to take this flight, there is not much tourists in Omaha.. except us ^^
I took the salty, but  it was disgusting, I wish I chose speculos

They're packed with AA's hubs 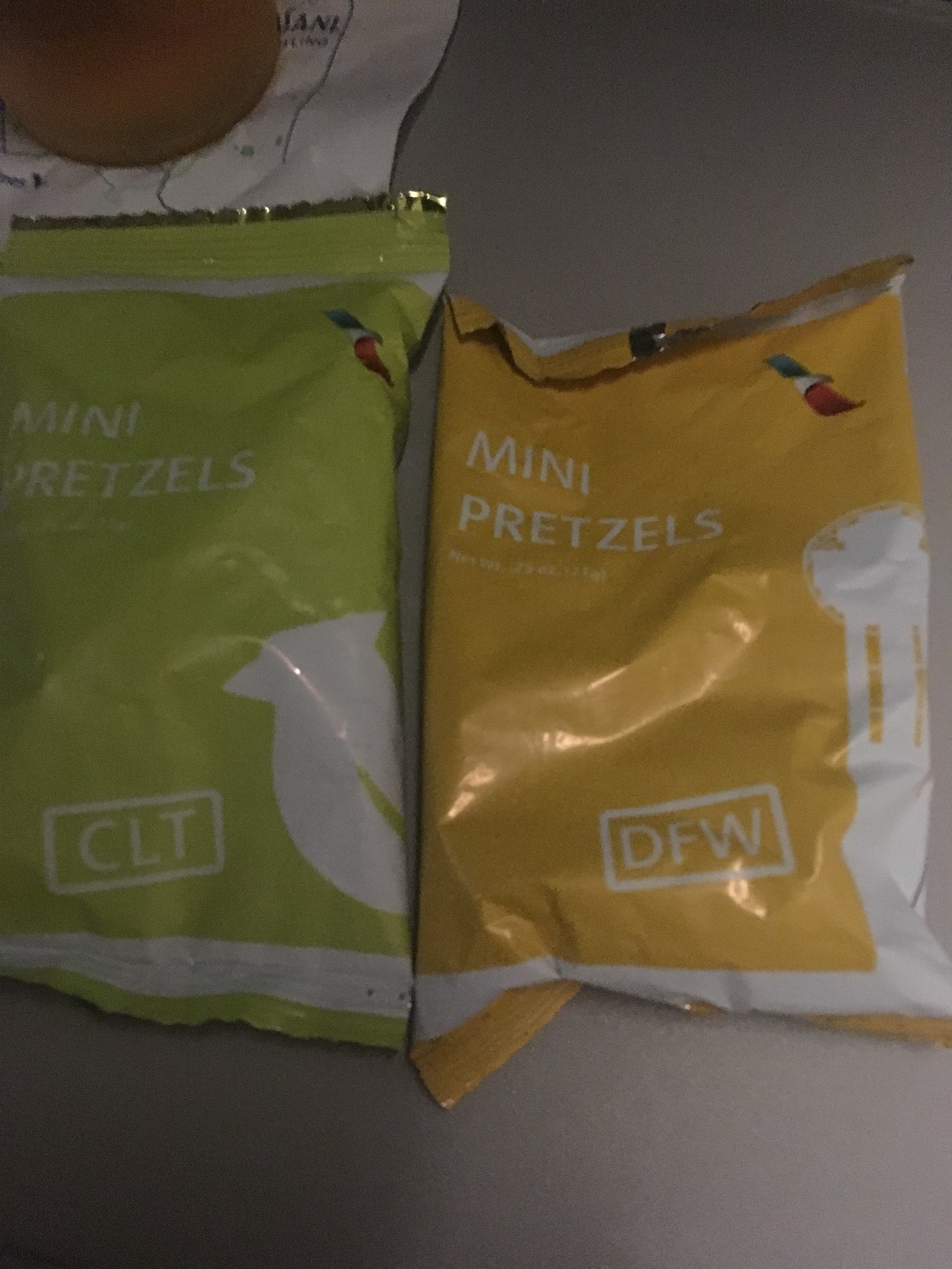 with an apple juice 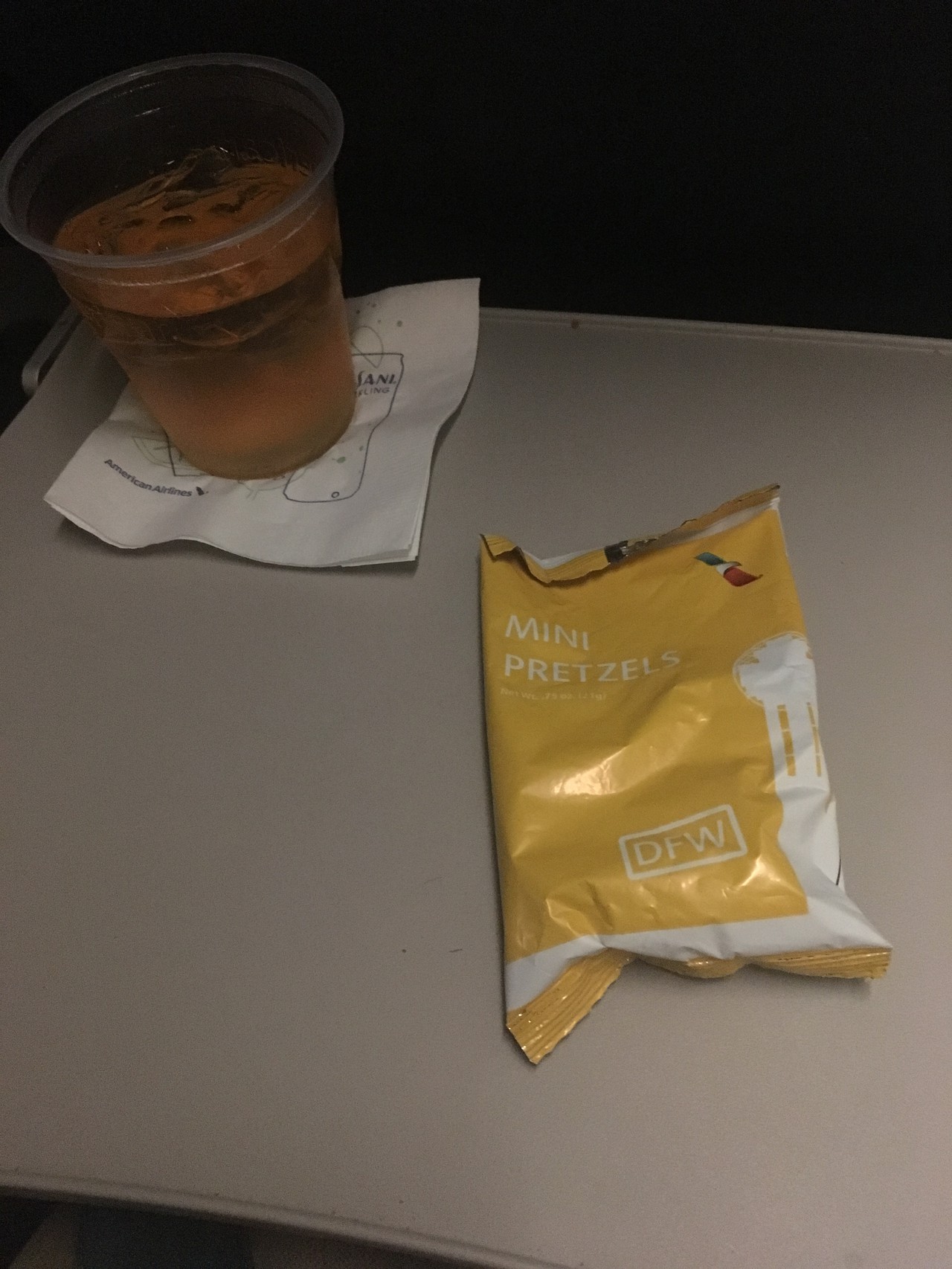 Then I ate. I brought bread and meat from Guadeloupe. As a french bread, it was of course excellent, and much better than what you can buy in some countries, and what I could buy in this flight via the BoB.  It surely a very frenchy practice but I pretty proud to have eaten by my own:) 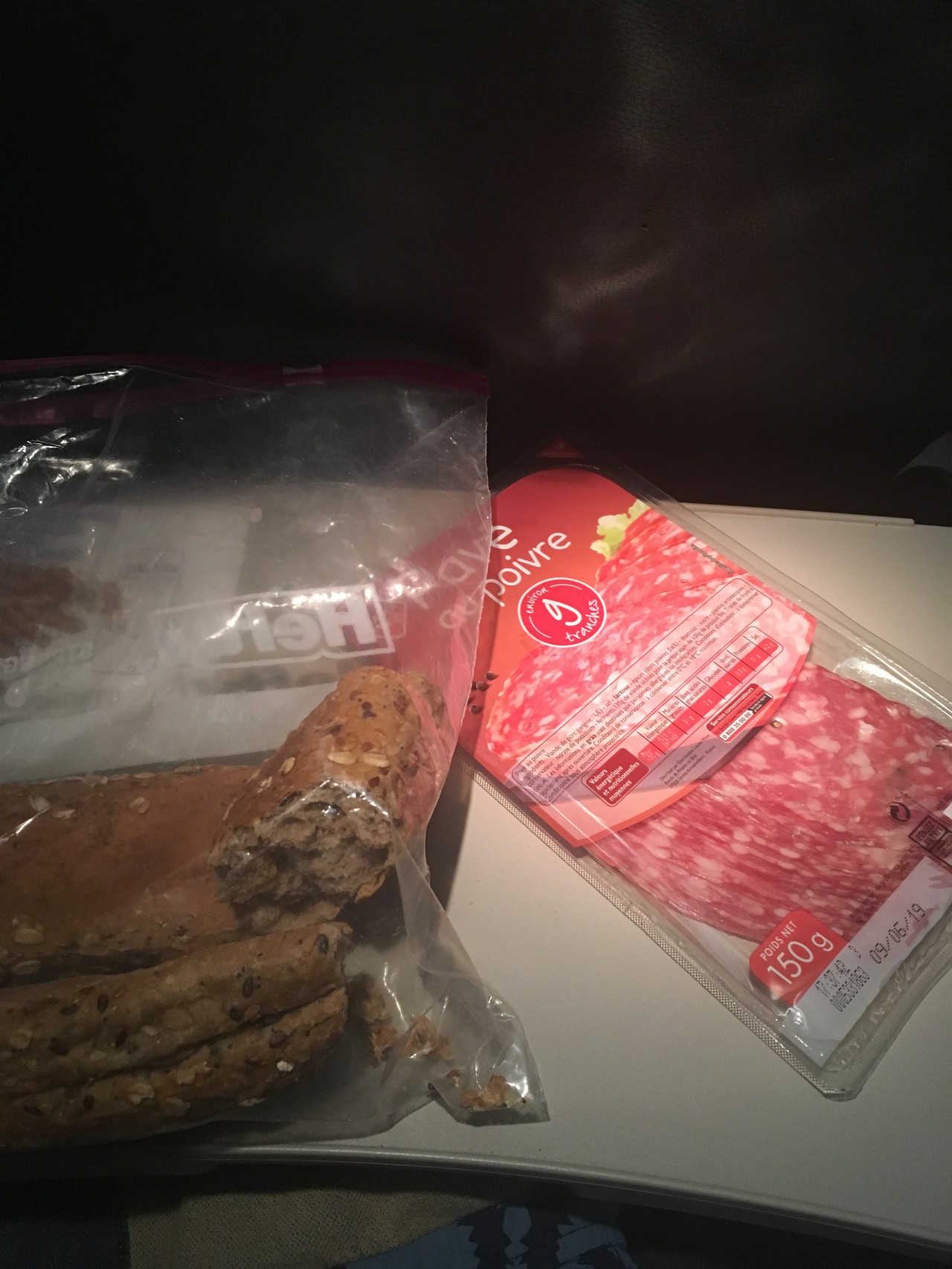 There wasn't anything to see and I fell asleep and woke-up just before  descend over Omaha started. There were many turbulences, the aircraft is very small.. We can see Omaha far away 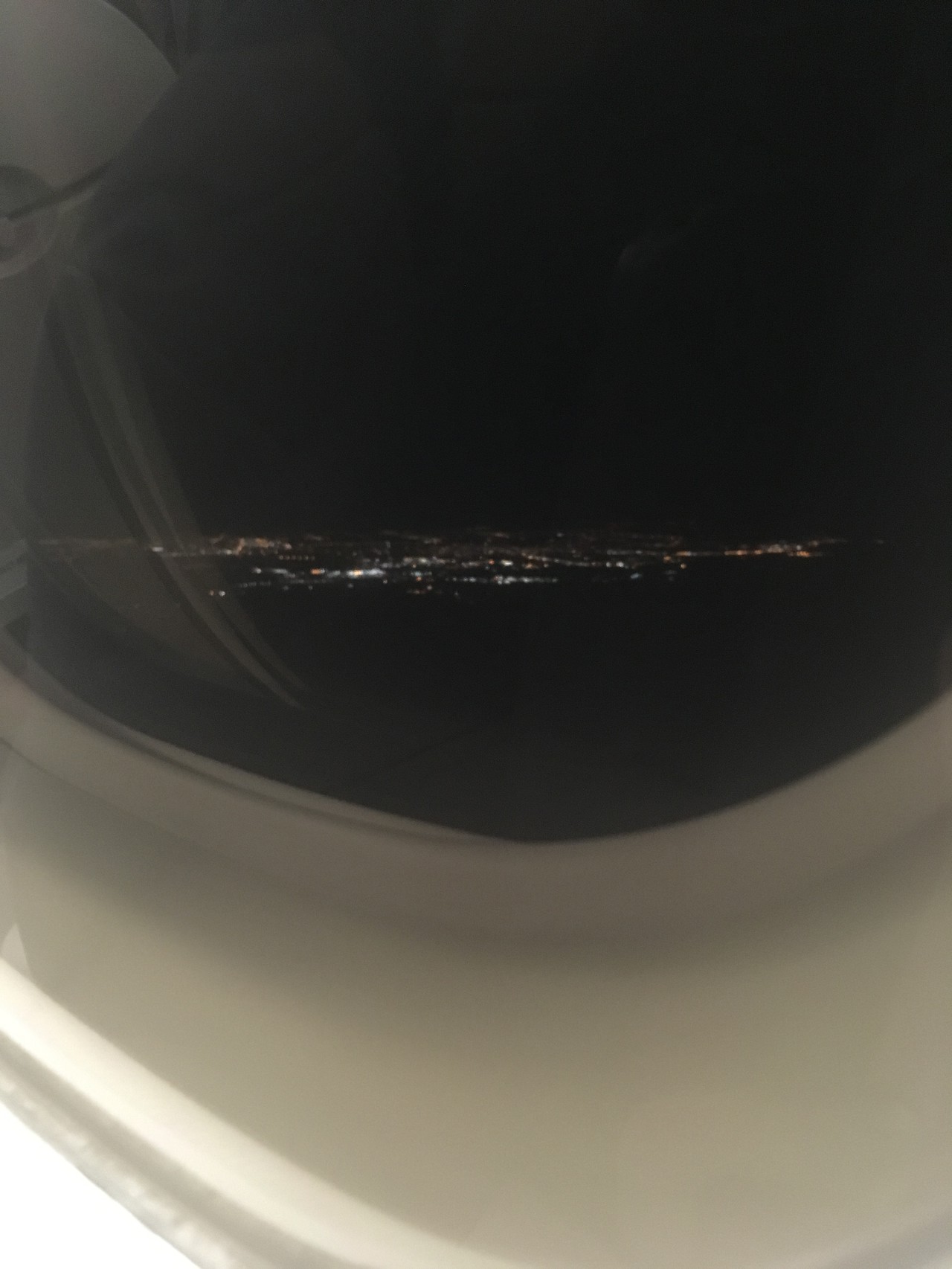 Right turn, we are flying over Council Bluffs, Omaha suburbs in Iowa, Omaha is located on Nebraska but between Nebraska and Iowa. 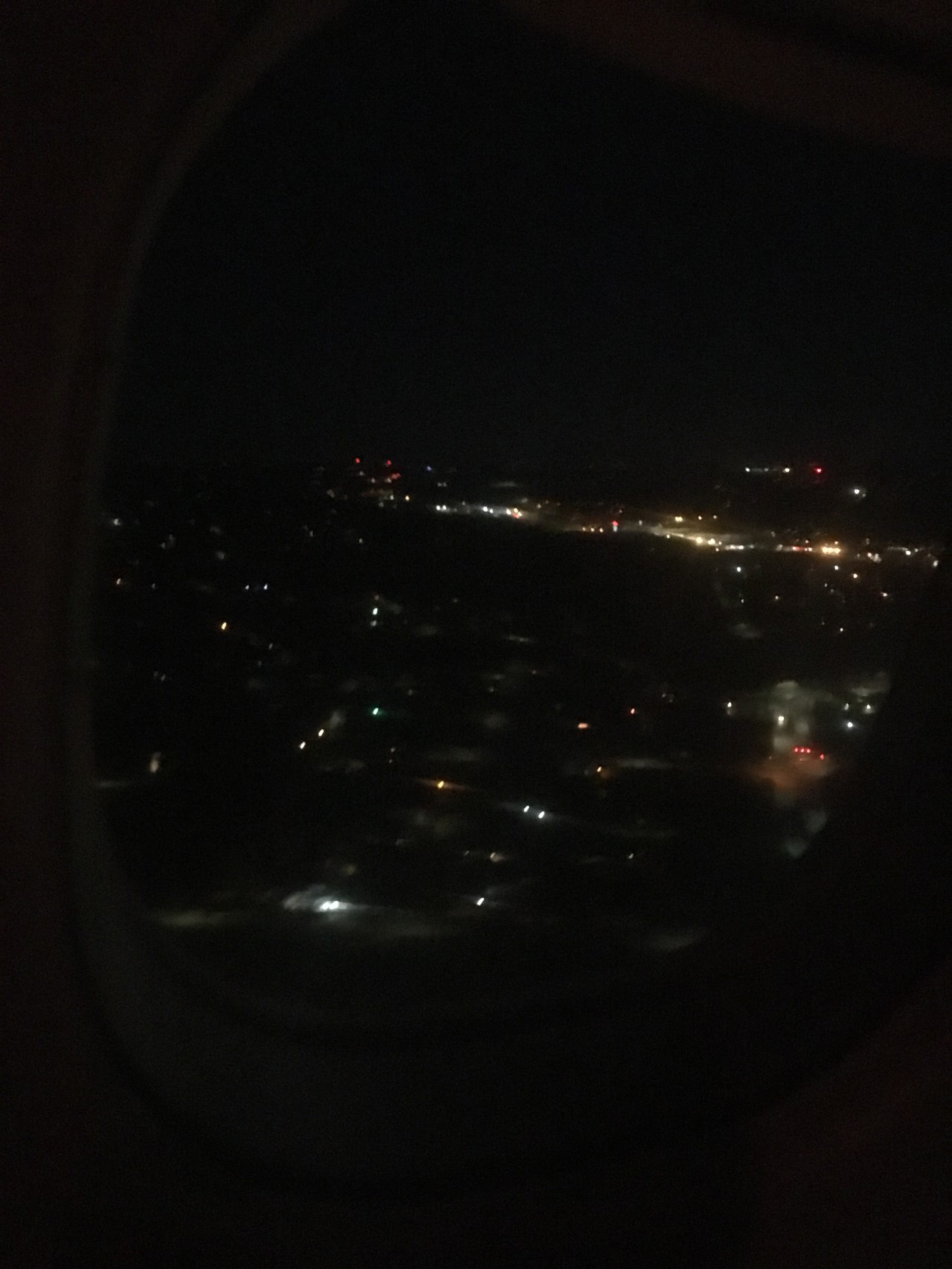 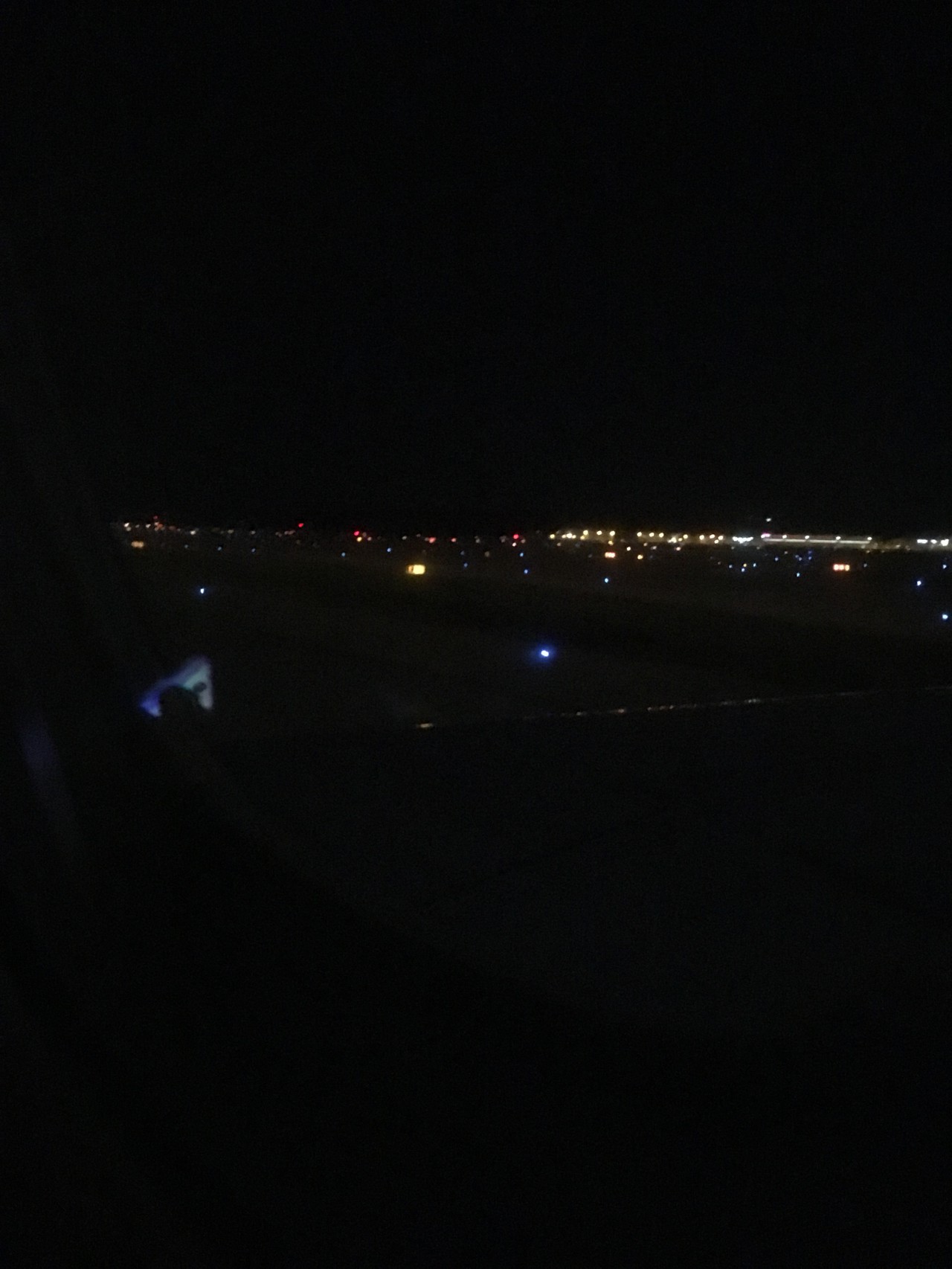 Concourse A is almost empty A cousin AA from Chicago 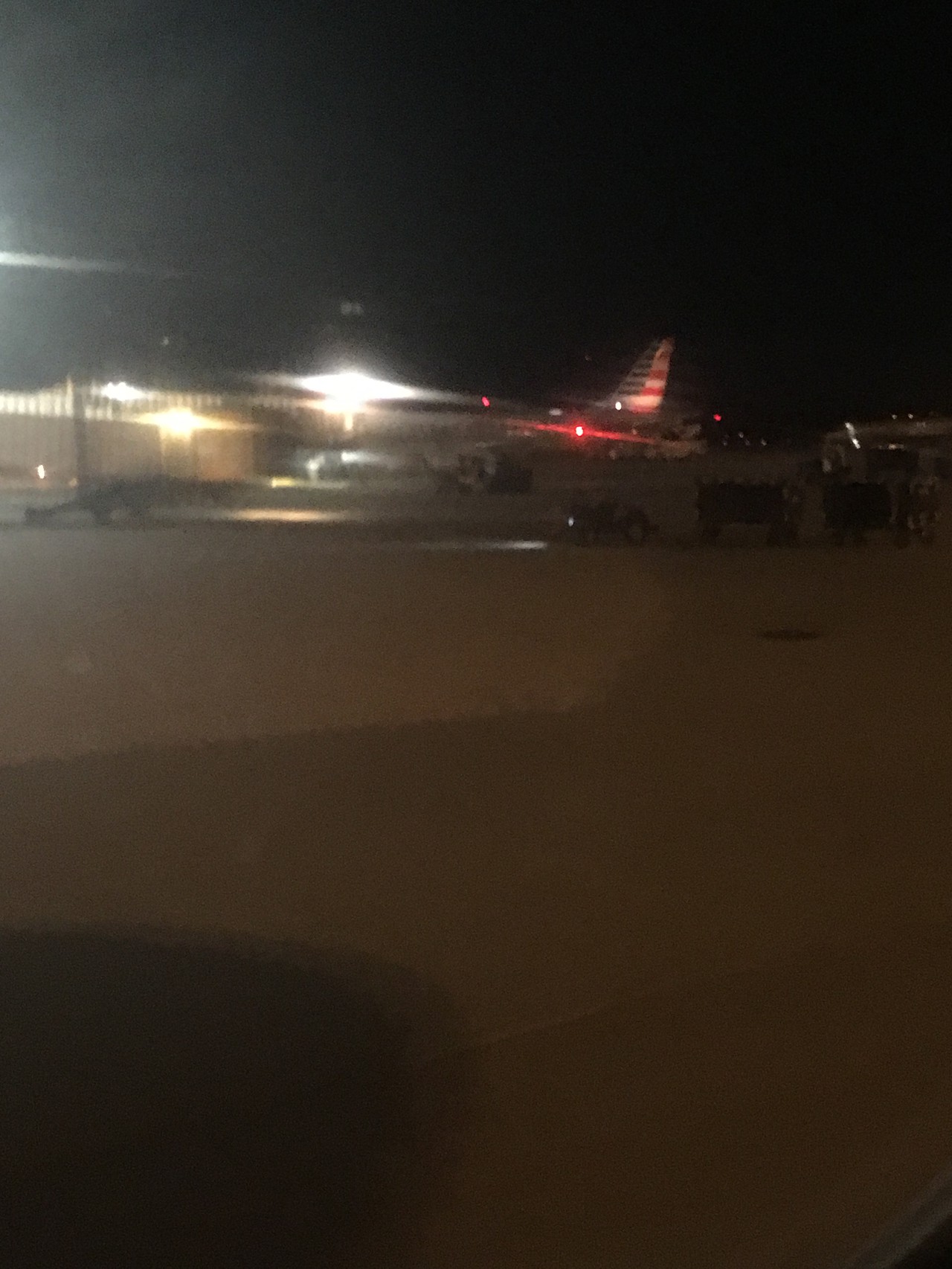 Exiting the airport will be quickly made. There is nobody 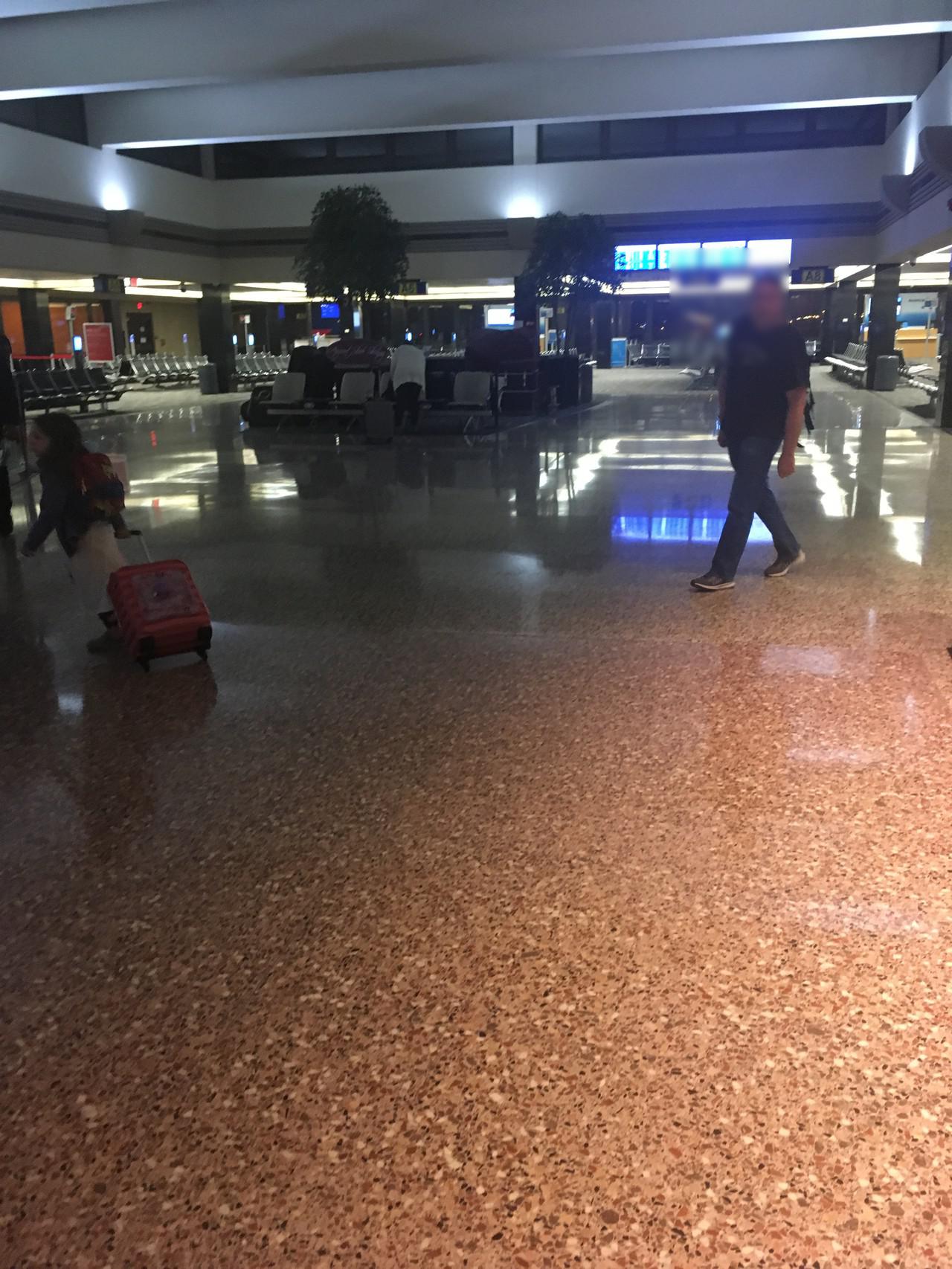 Then we went to hotel shuttle bus, we only stay one night (at least, for only 35$ we had a beautiful room in Omaha… not the same in Philly on the return!). Evereybody here was very nice with us, a little surprised to find french here, before we explain that is only a stop-over.
It was very cold and windy, it reminds me a little Denver, but colder of course (20°F / -7°C , after 85°F in SXM)

Omaha is tthe ometown of Malcom  X and I admit that I never thought being here once! 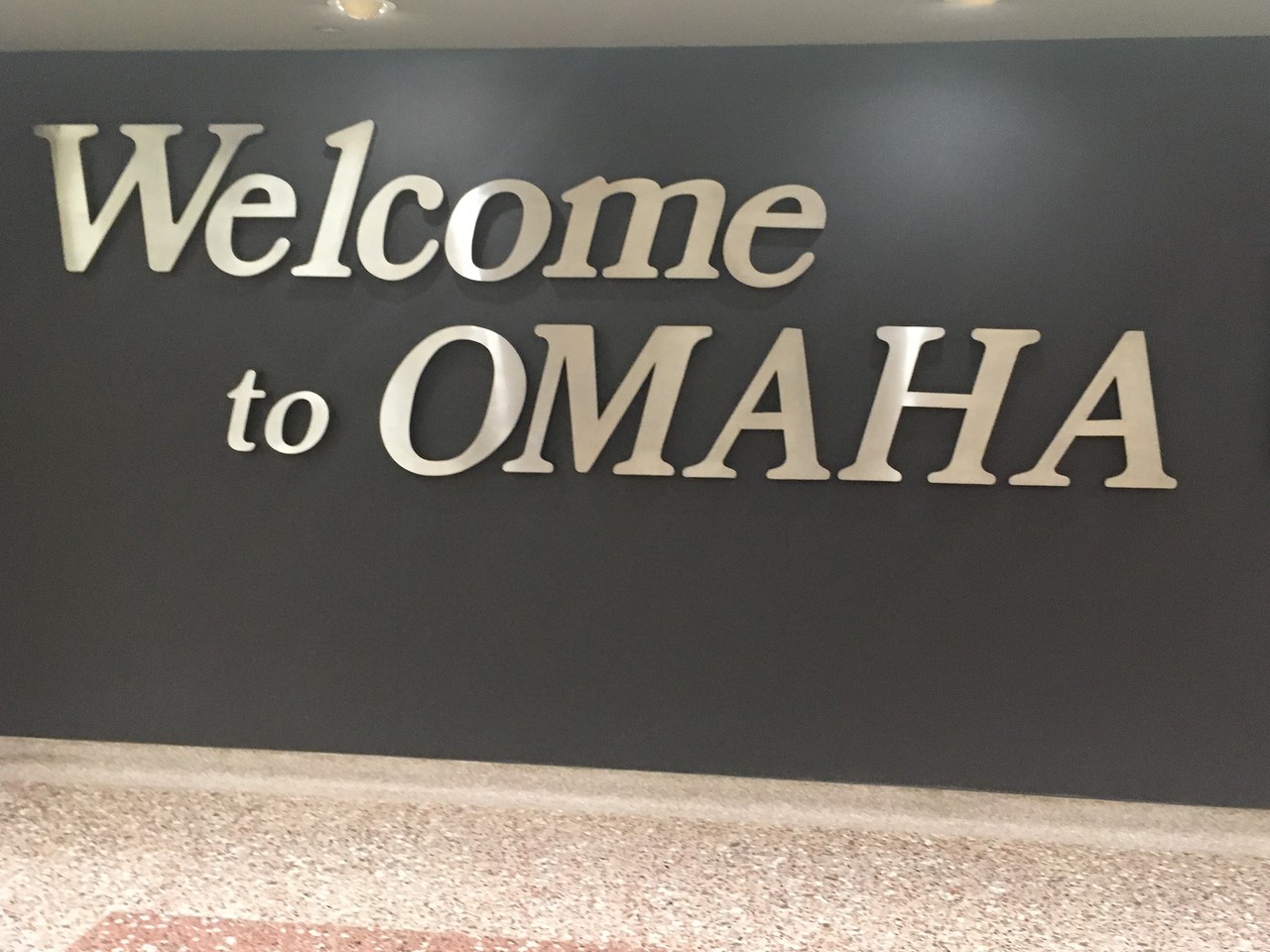 Thank you for reading me, sorry for the many mistakes I made; trying to improve my english level.

PHL : Fluid, but intense for us.

He wrote 81 reviews about 26 airlines and 45 airports.