#71 out of 74 Airlines A minimum of 10 flight-reports within the past two years is required to appear in the rankings. 61 reviews

By bldavid GOLD 2940
Published on 6th January 2020
I went to South Africa with my family for the New Year holidays. I had little flexibility in the dates and this is not the period for great discounts. The only reasonable business class rate I had was with EgyptAir. Yes, EgyptAir does not have a great reputation for punctuality, customer service or onboard service and Cairo Airport is certainly not considered to be the best airport in the world yet I was looking forward to my trip.

While my booking was in business class the first segment from Budapest to Cairo could only be booked in economy class.

Budapest Airport used to be a very pleasant mid-sized airport only a couple of years ago where one was able to get from check-in to the gate quickly. However, the number of direct flights has increased a lot in the past few years. While it’s good for those travelling from Budapest, the airport is now synonymous to a crowded terminal and long queues both at check-in and security.

Budapest Airport has two working terminals, 2A and 2B (Terminal 1 has been closed for many years for scheduled flights). EgyptAir uses Terminal 2A. There was no business class counter, only one showing Gold/Silver/EgyptAir Plus. The agent was very far from smiling; moreover, she didn’t know if there was a business class on the flight or If my booking allowed lounge access. 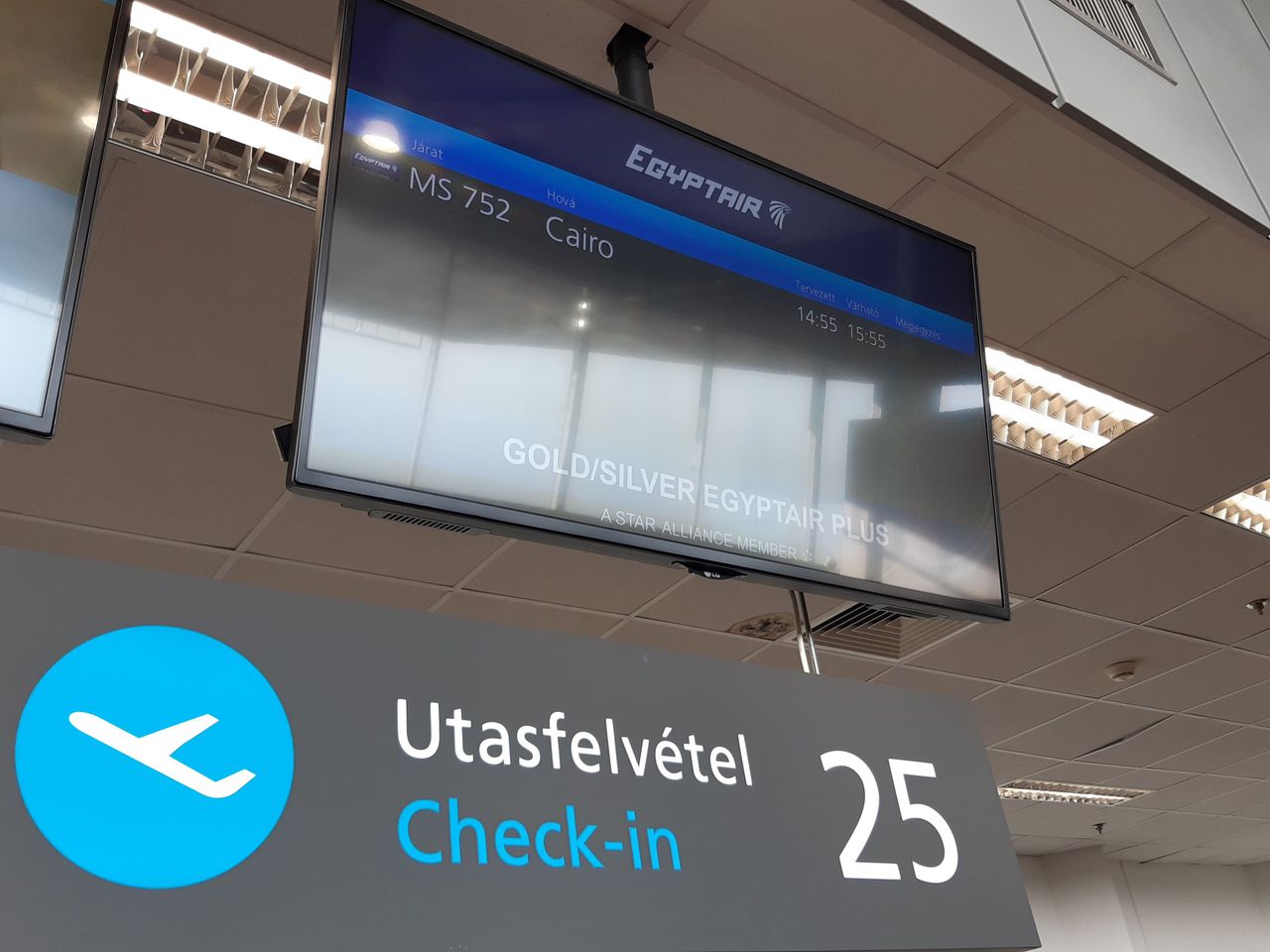 Waiting time for security was about 10 minutes; I found it very positive that electronics didn’t need to be removed from the luggage.

I was admitted to the SkyCourt lounge (in the Schengen area) with no problem – the agent working there was polite and professional. The lounge itself was a disaster. It was crowded to the point that it was almost impossible to find a seat (the crowd became more acceptable only about half an hour later). These photos show the rare moments where many seats were available for a short time. 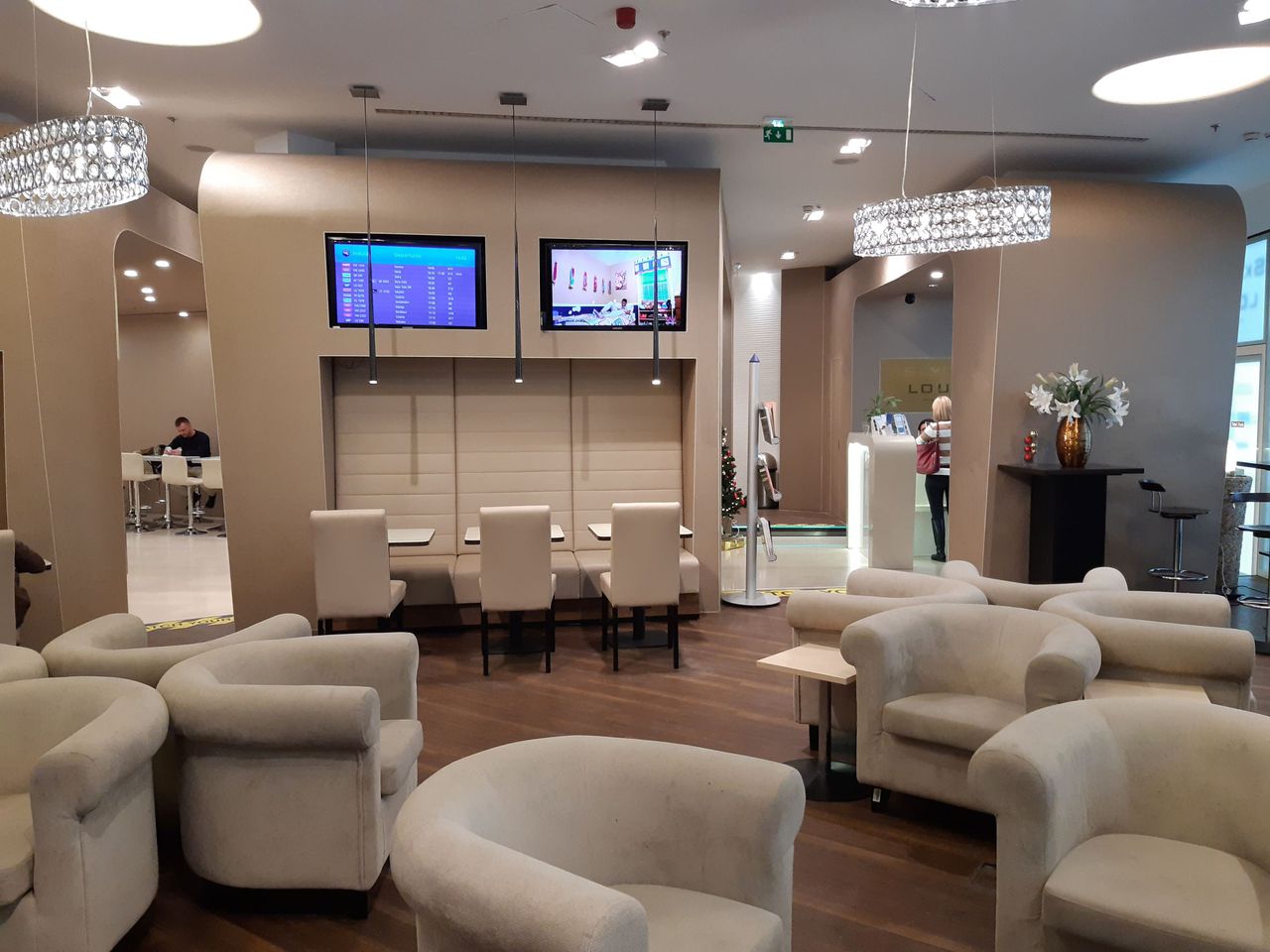 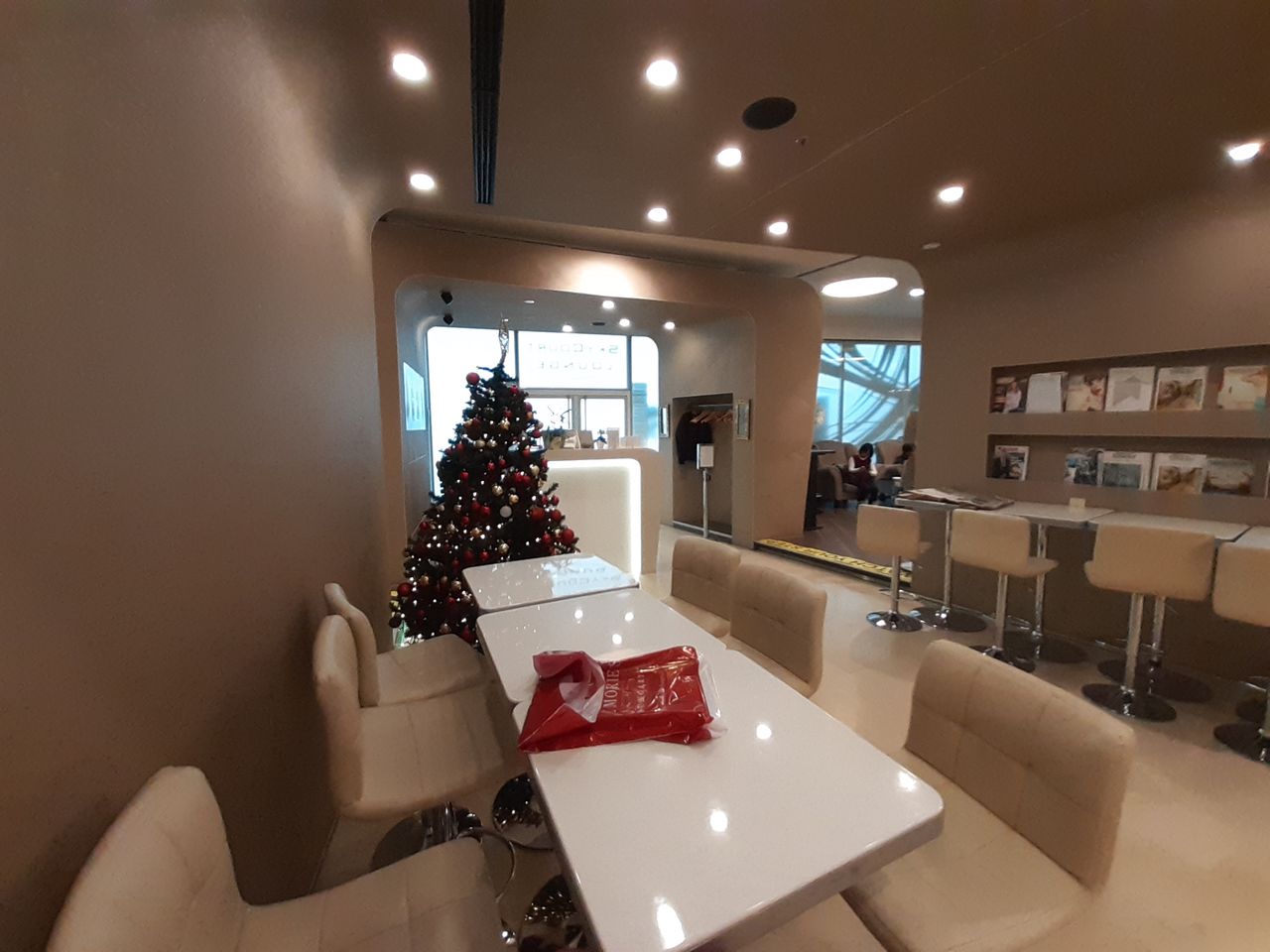 I arrived at 13.30 and most of the food was what Hungarians normally have for breakfast: bread, ham, salami, cheese and yoghurts. 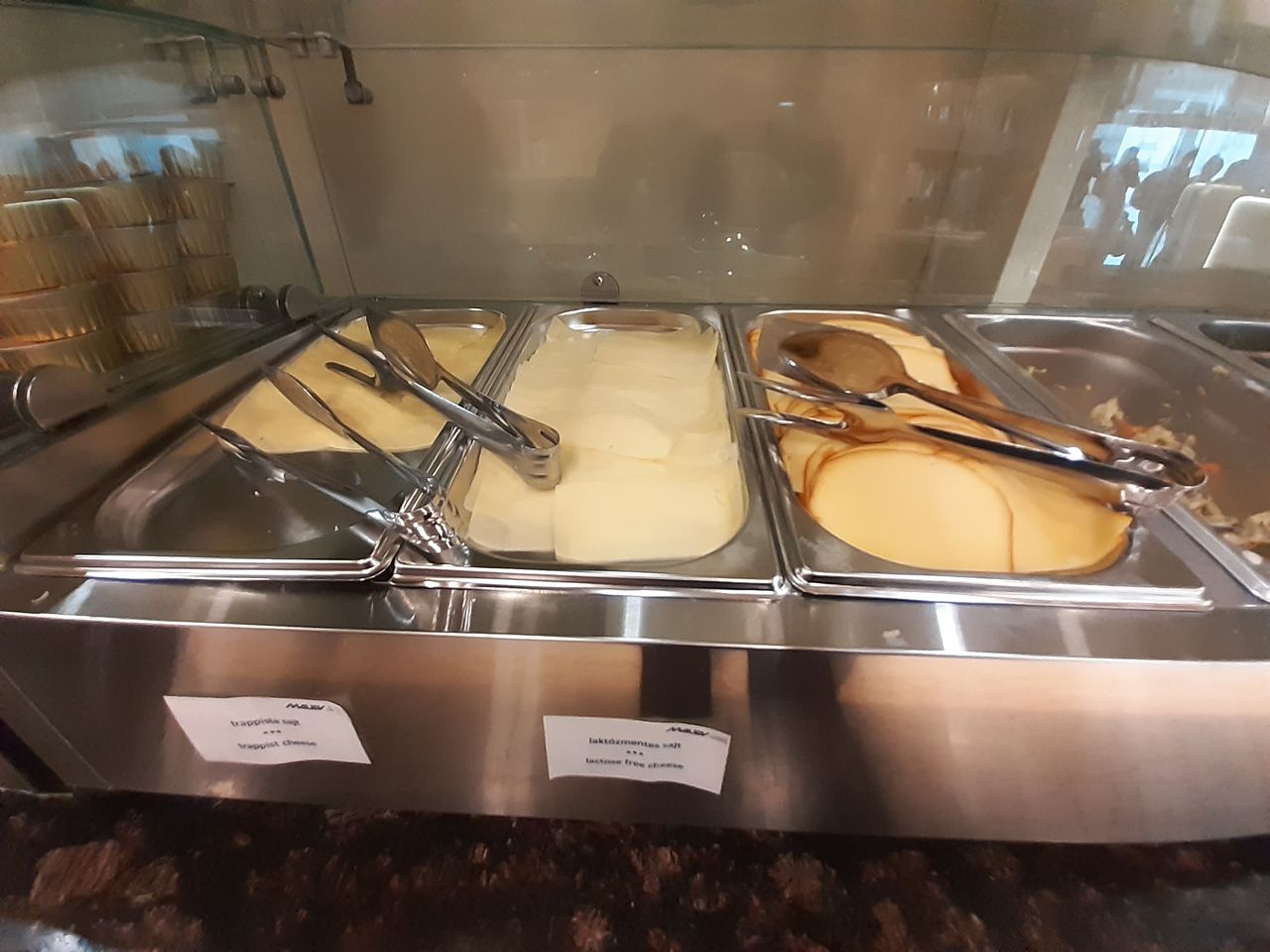 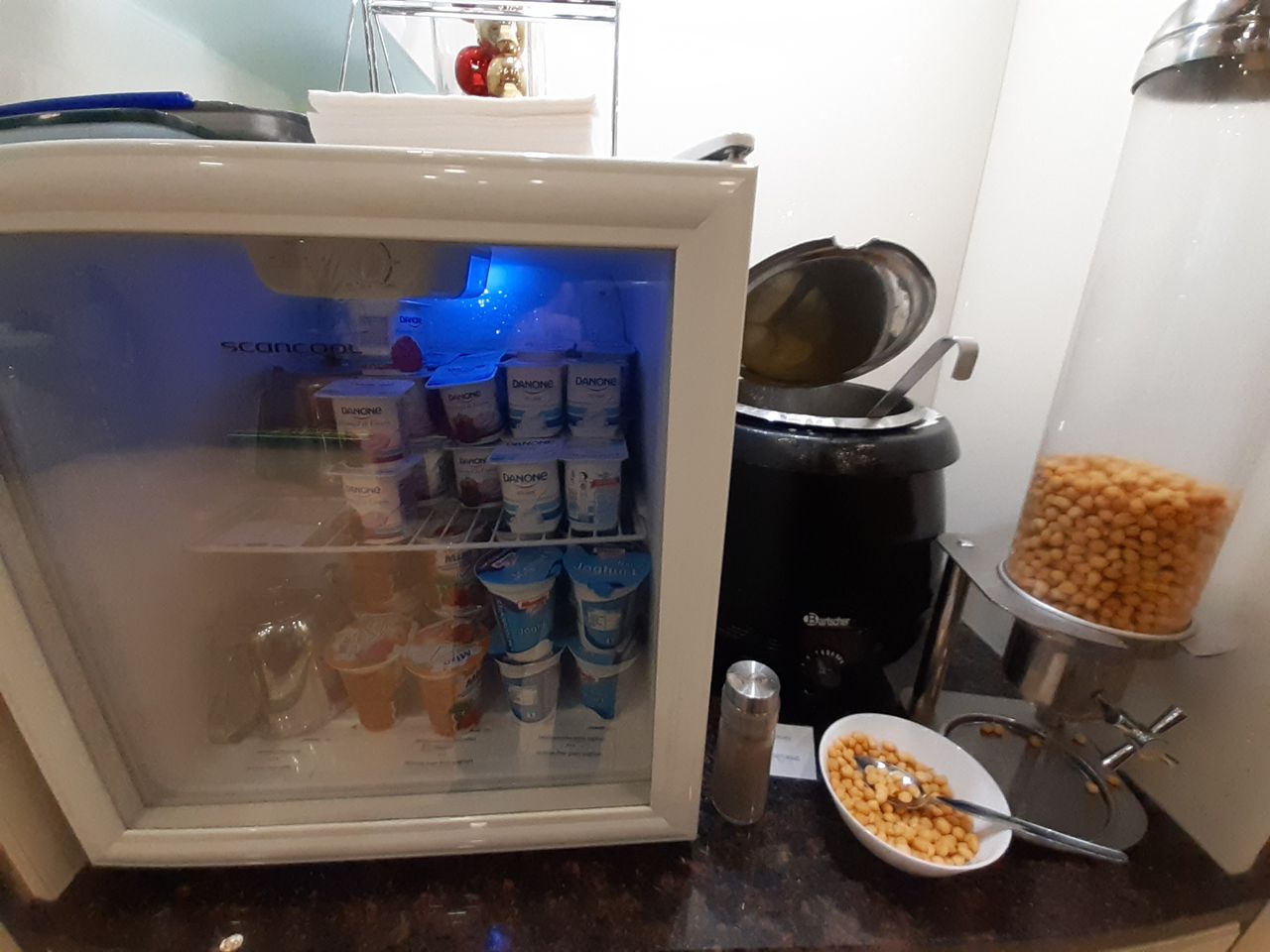 There were also some cakes. 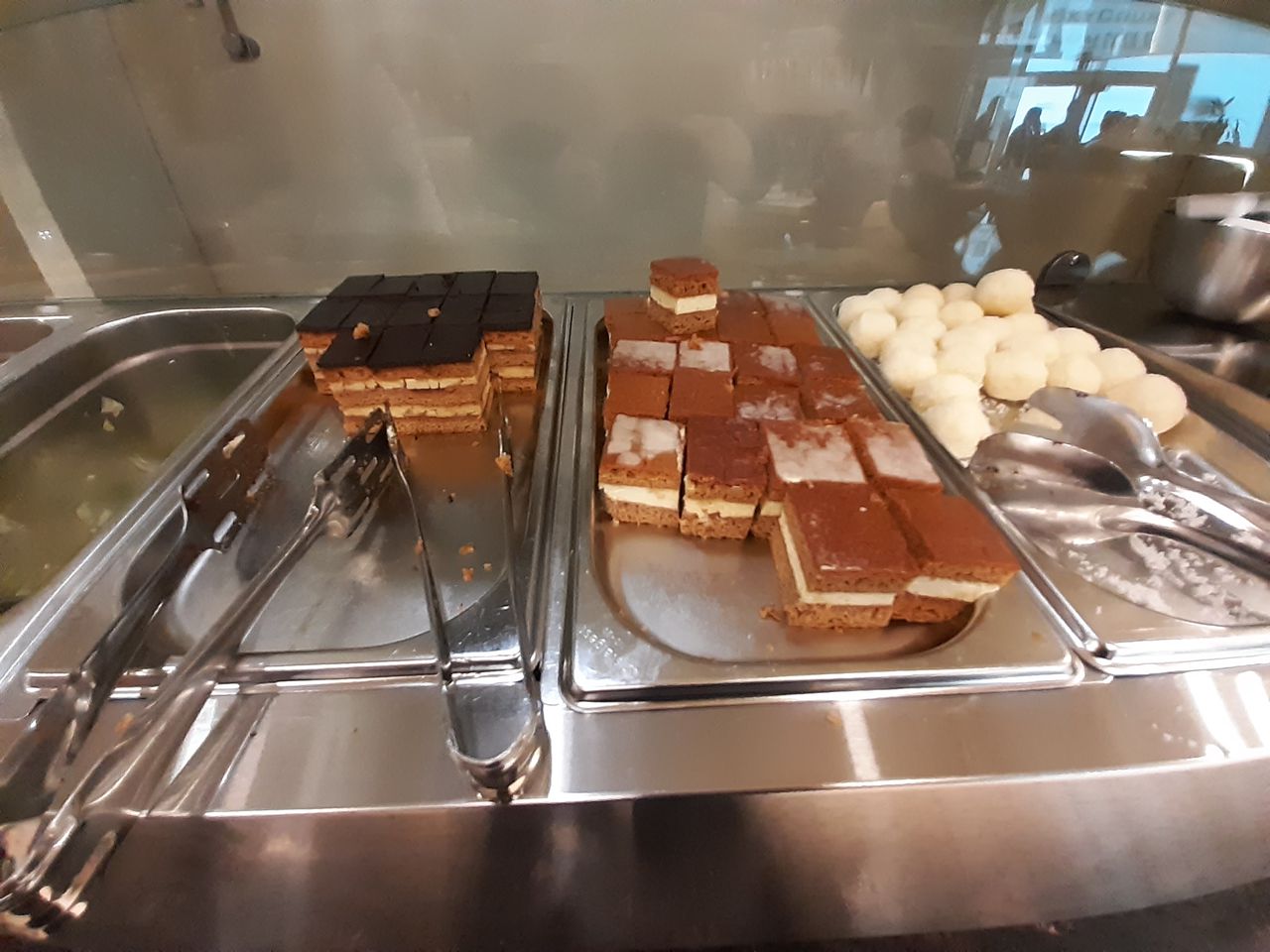 The only hot meal was celery soup. 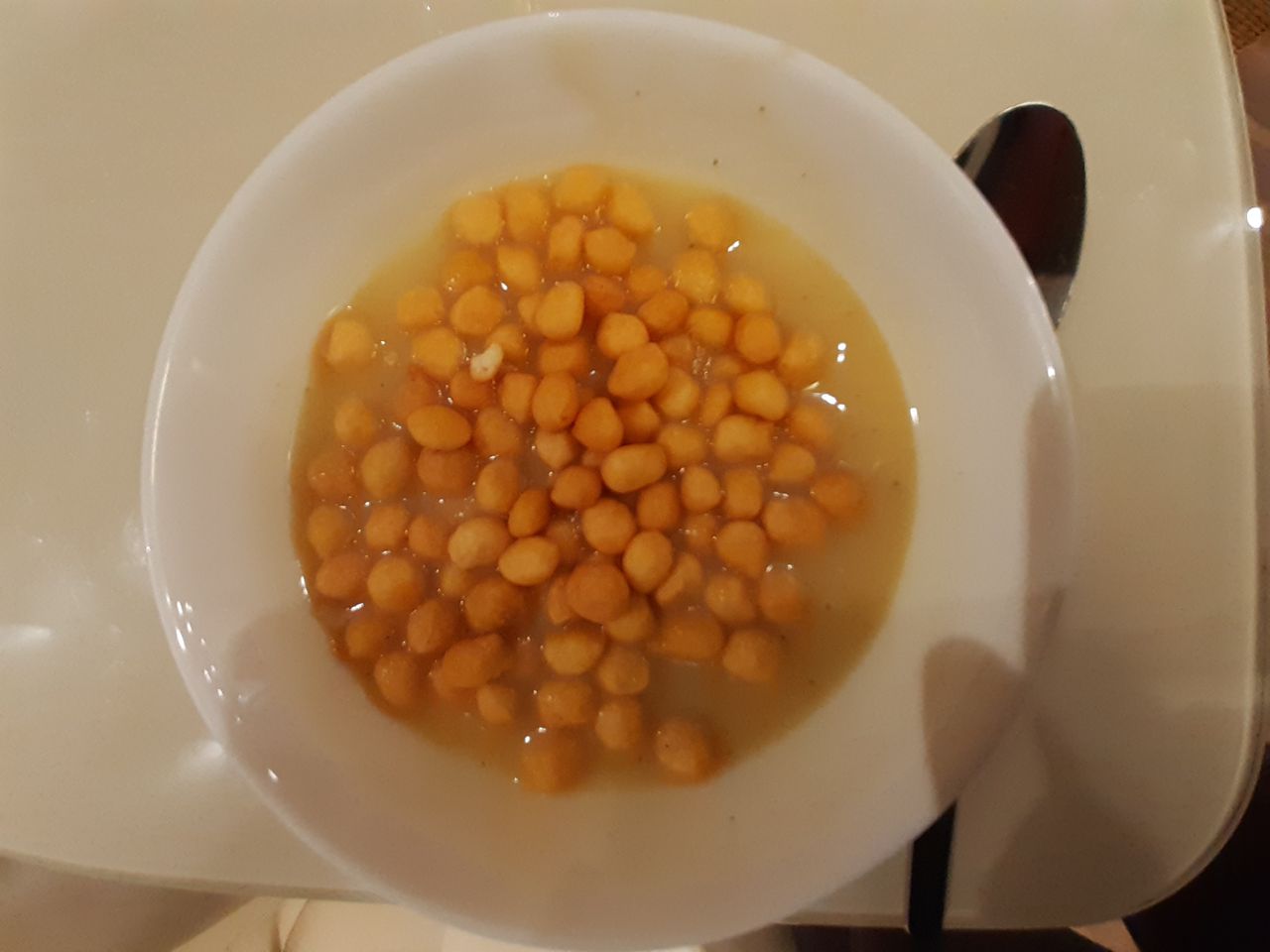 Coffee machine and another machine that was out of service. 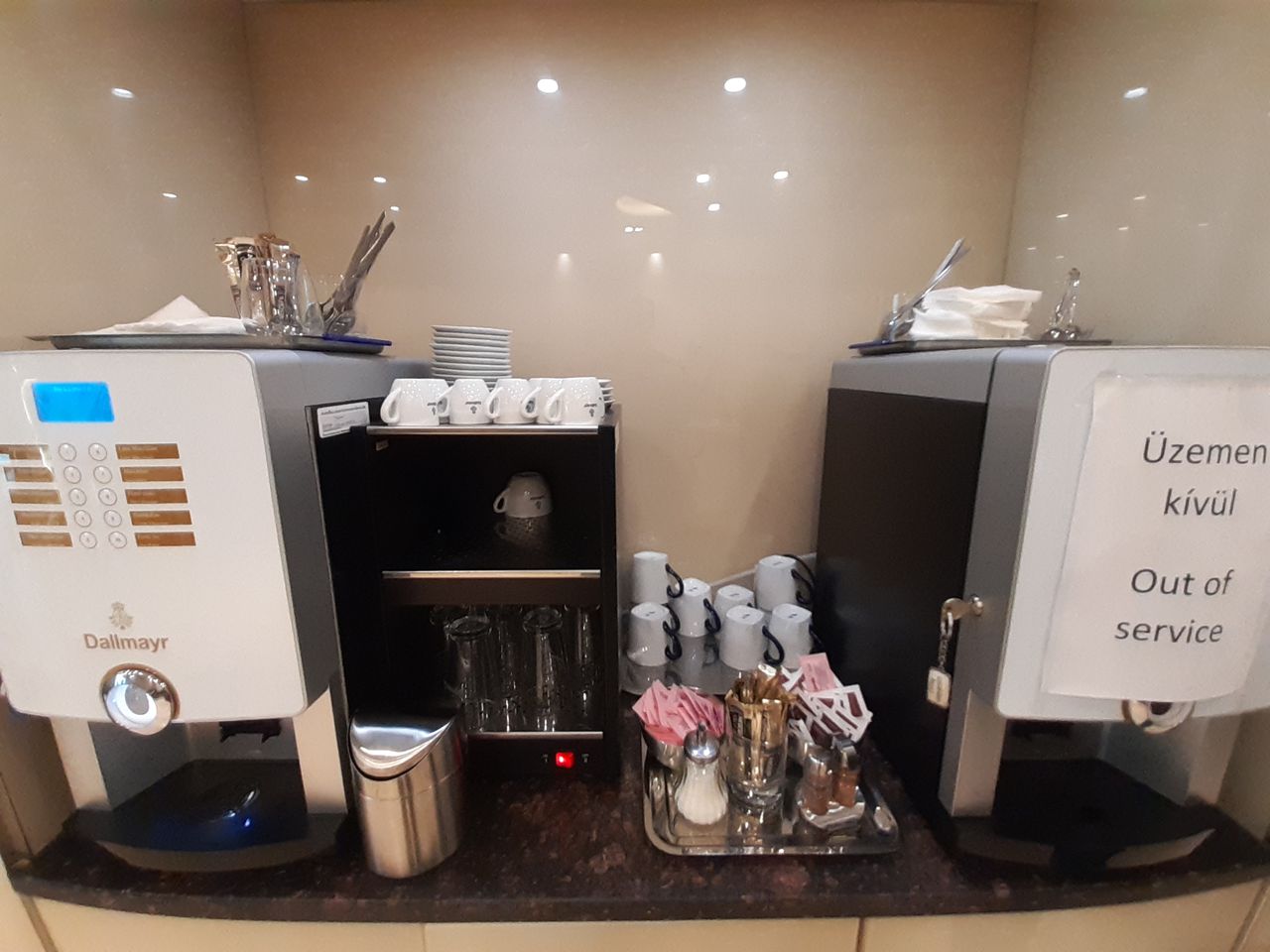 Wine was available from the tap – a shame in a country that produces a large choice of quality wines. 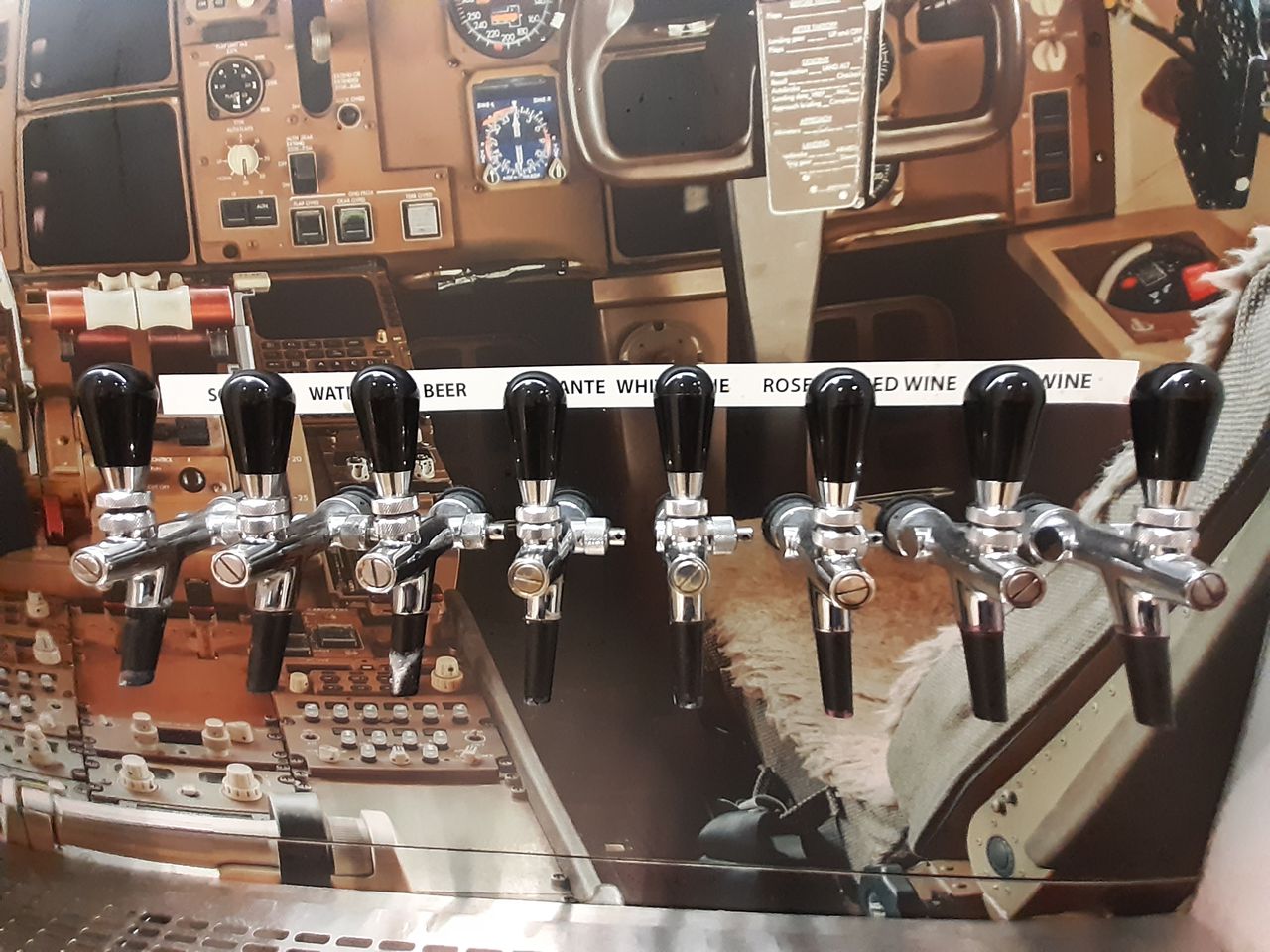 A small selection of liquors. 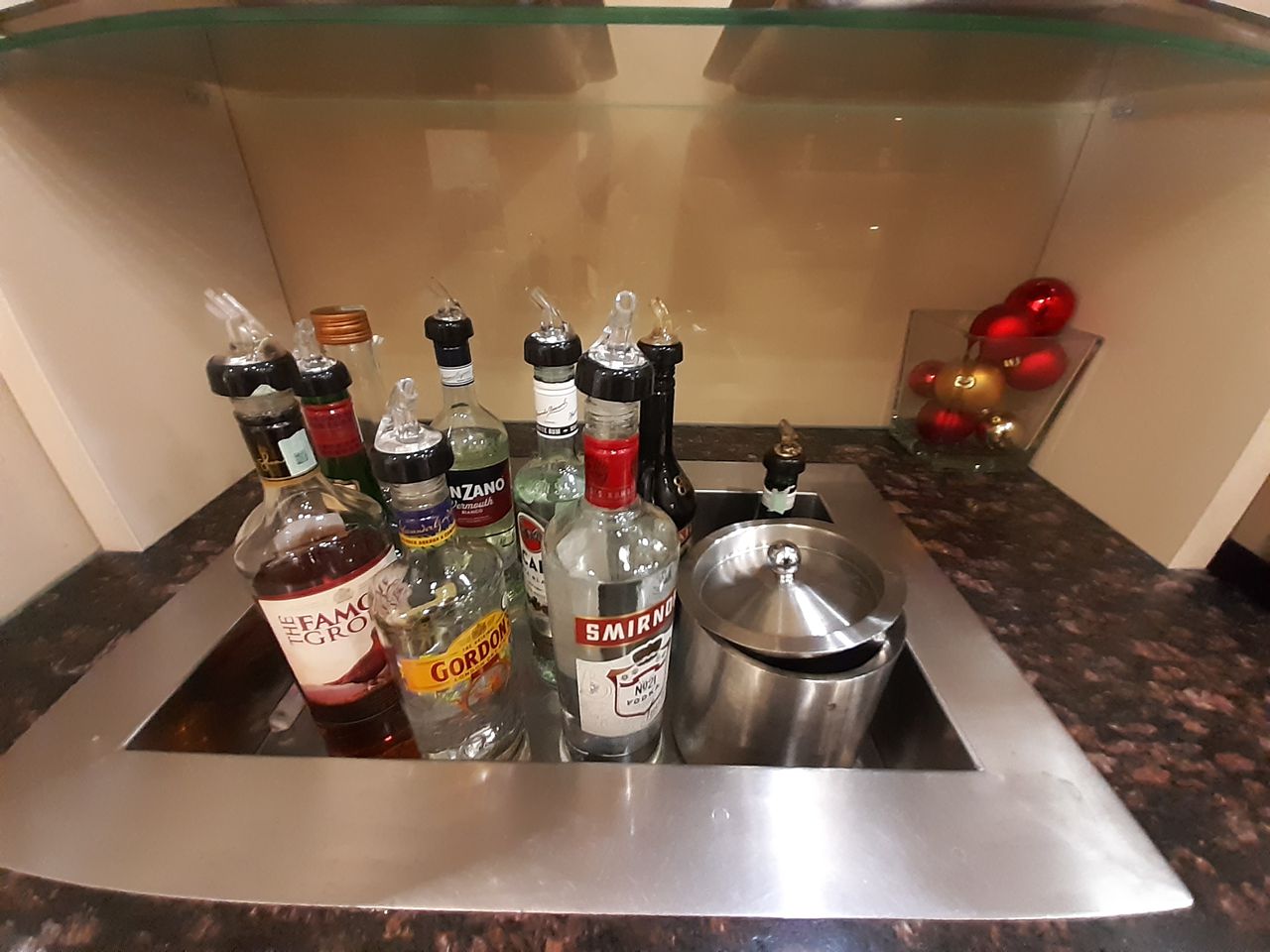 Scheduled flight departure was at 14.55. A delay of one hour (15.55) was shown on the screens, although flight radar expected a departure at 16.30. This flight is very often delayed. 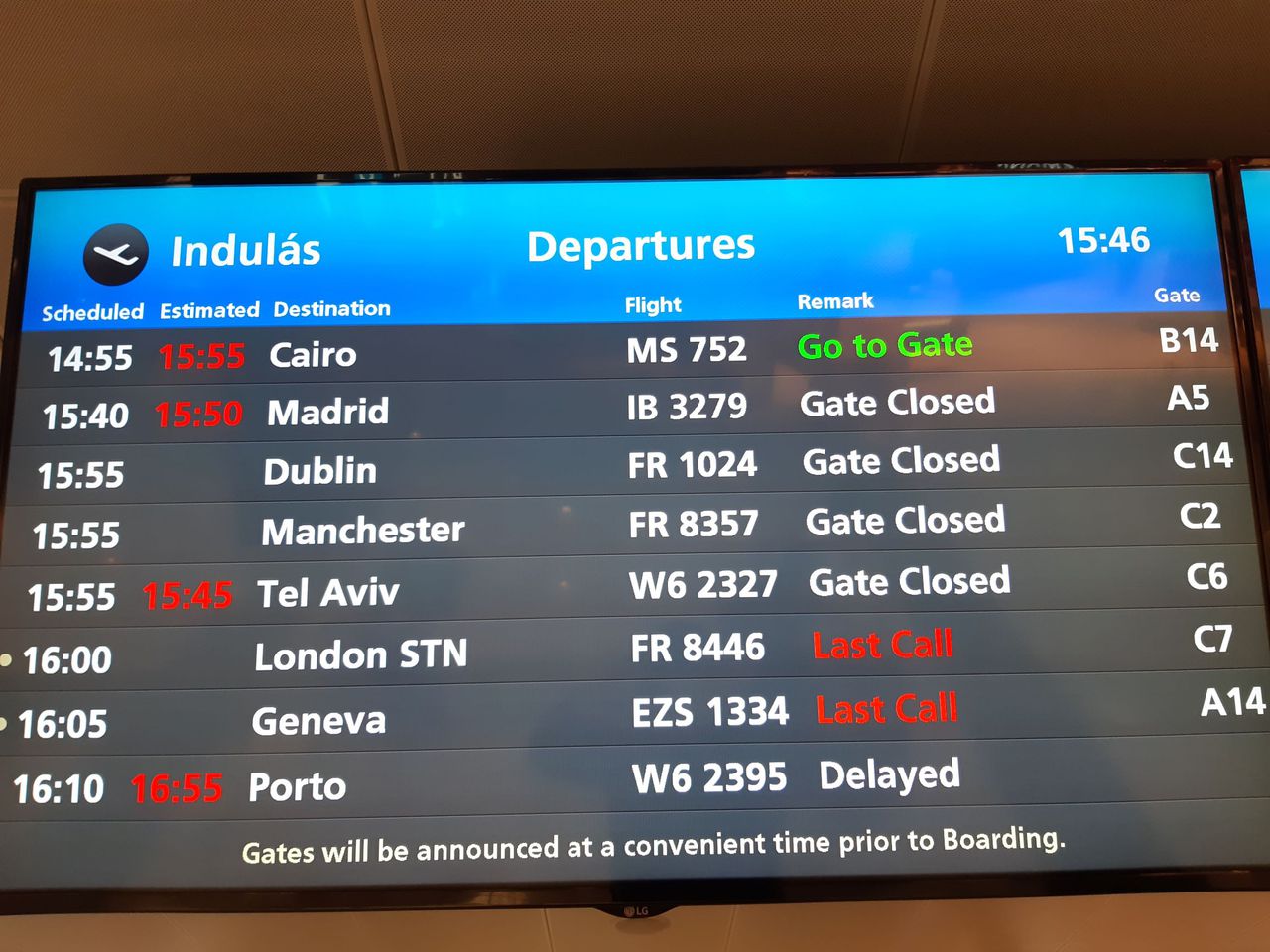 I went to the gate at 15.45. Passport control between the Schengen and non-Schengen area took only two minutes. Boarding started at 16.00 by bridge. The cabin crew was standing at the door but was not welcoming boarding passengers.

The last passengers were just sitting down when push-back started at 16.20.

The aircraft was a new A220-300, registration number SU-GEY, and was in very good condition.

Configuration is 2+3 both in business and economy class with a movable divider.

Economy class seats on the left side. 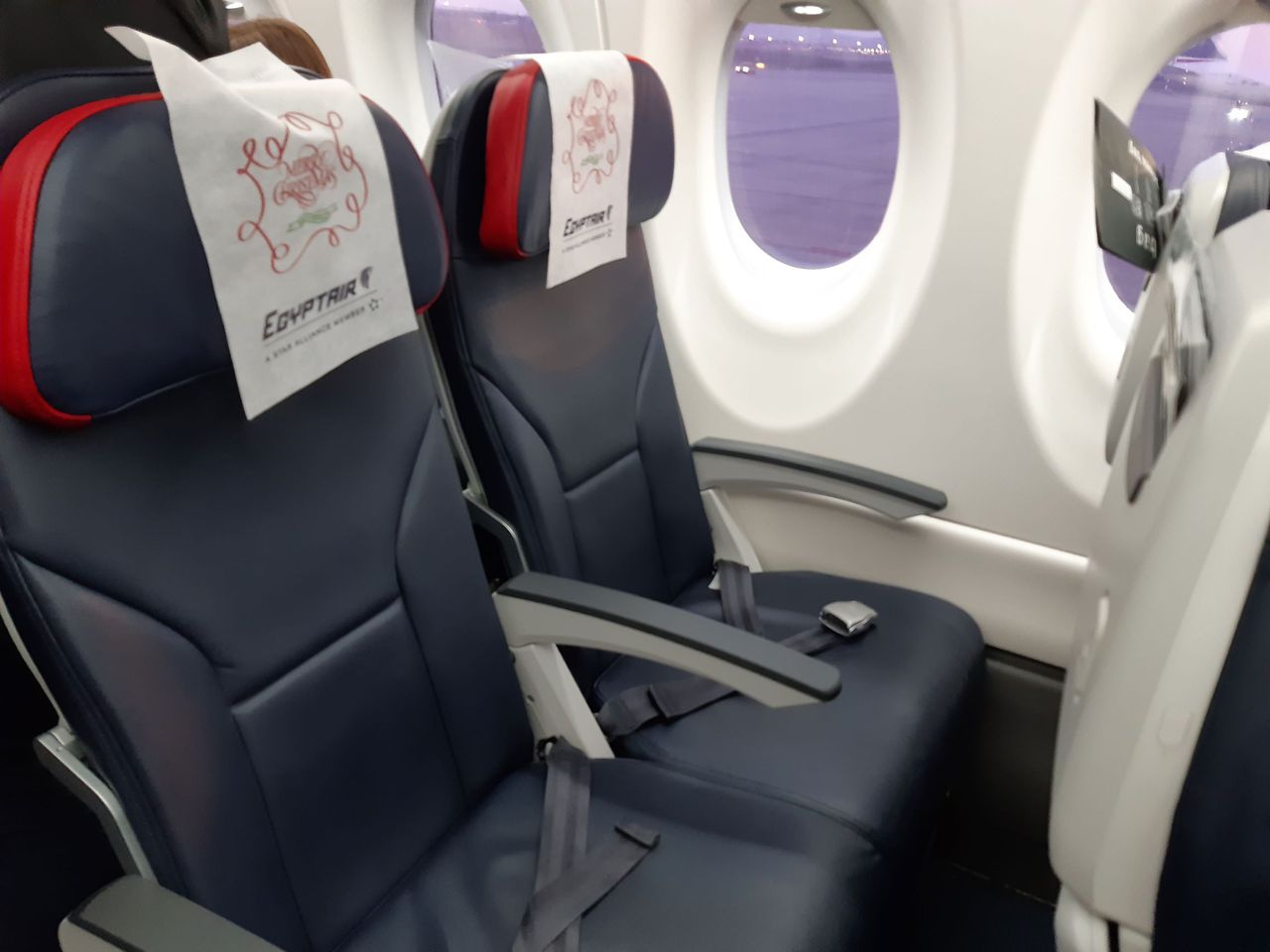 You can charge your phone at your seat. 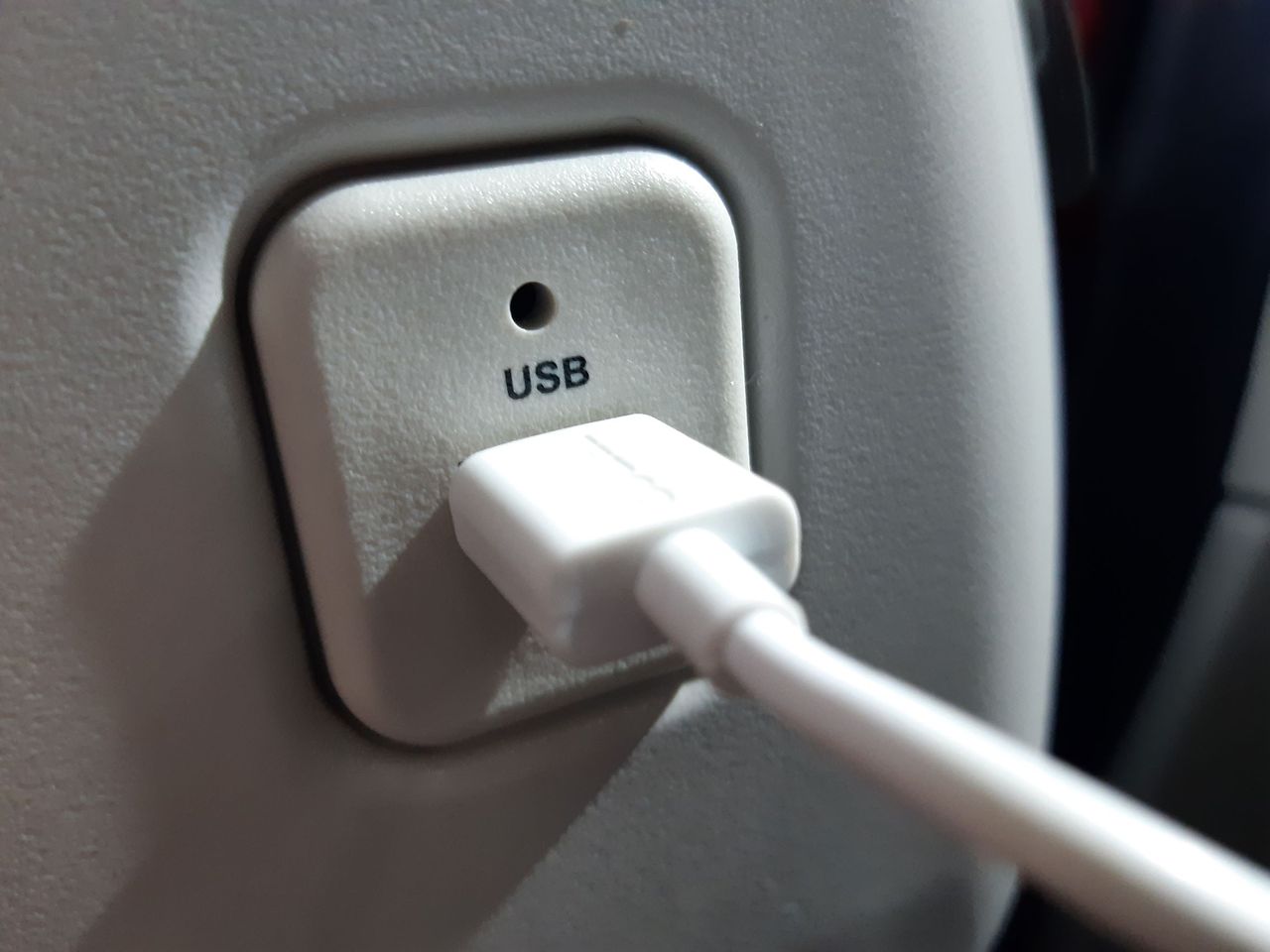 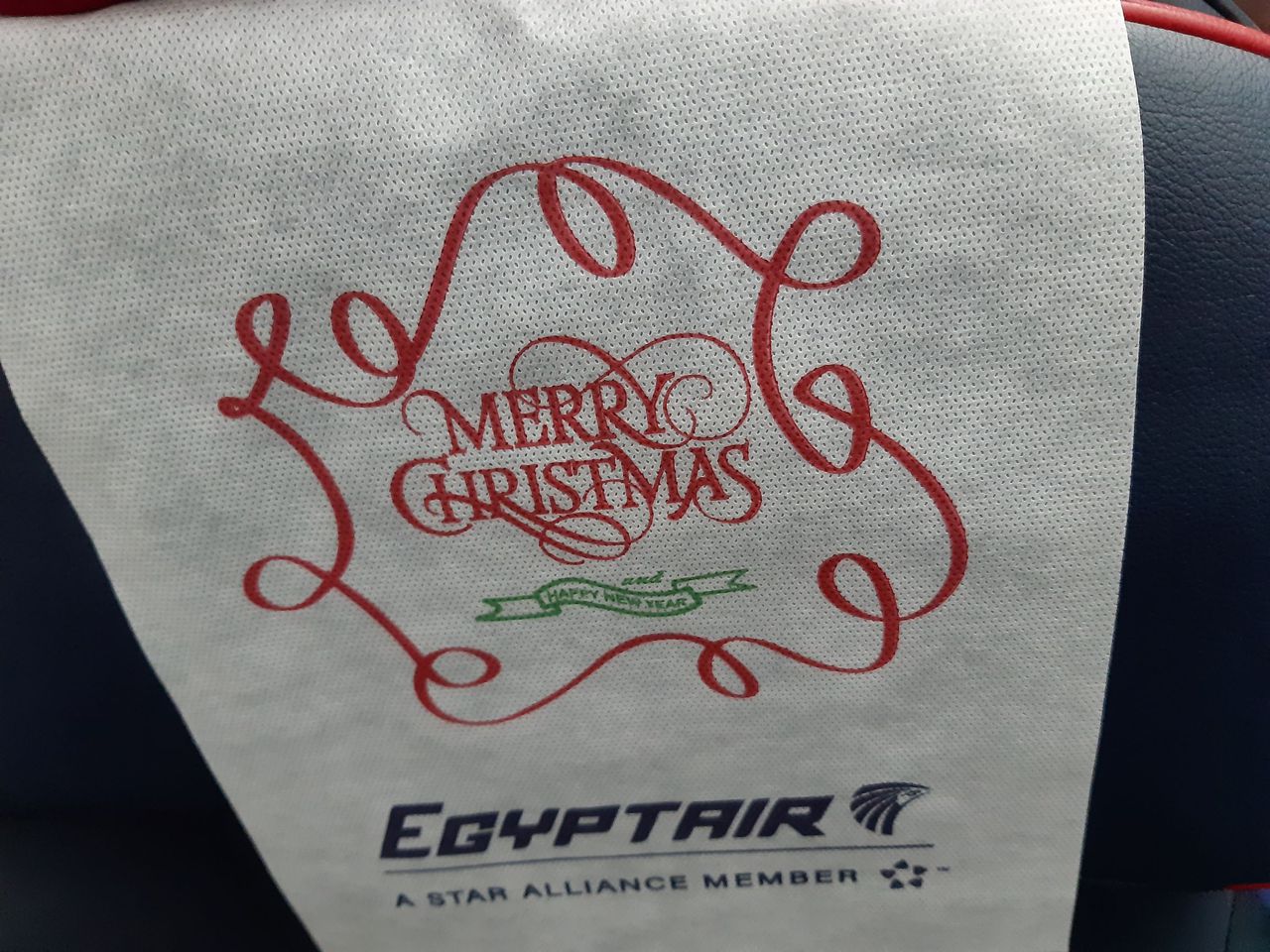 The overall view of the cabin. 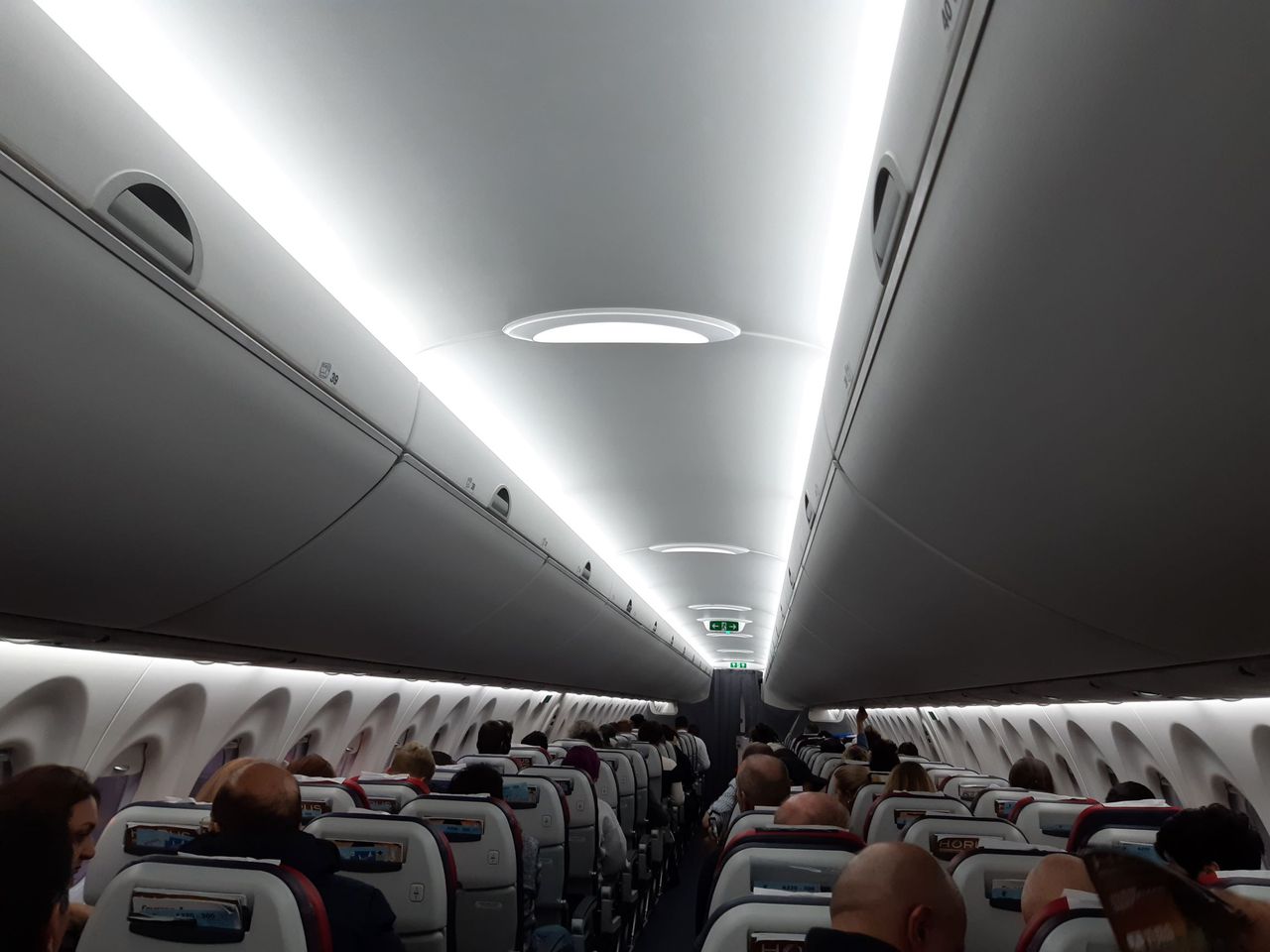 I had seat 41H, the aisle seat on the right side with three seats next to each other.

The plane was about 80% full. About two-thirds of the passengers seemed to be Hungarian tourists but there were also quite a few Egyptian tourists returning from Hungary.

An expected flight time of three hours was announced. 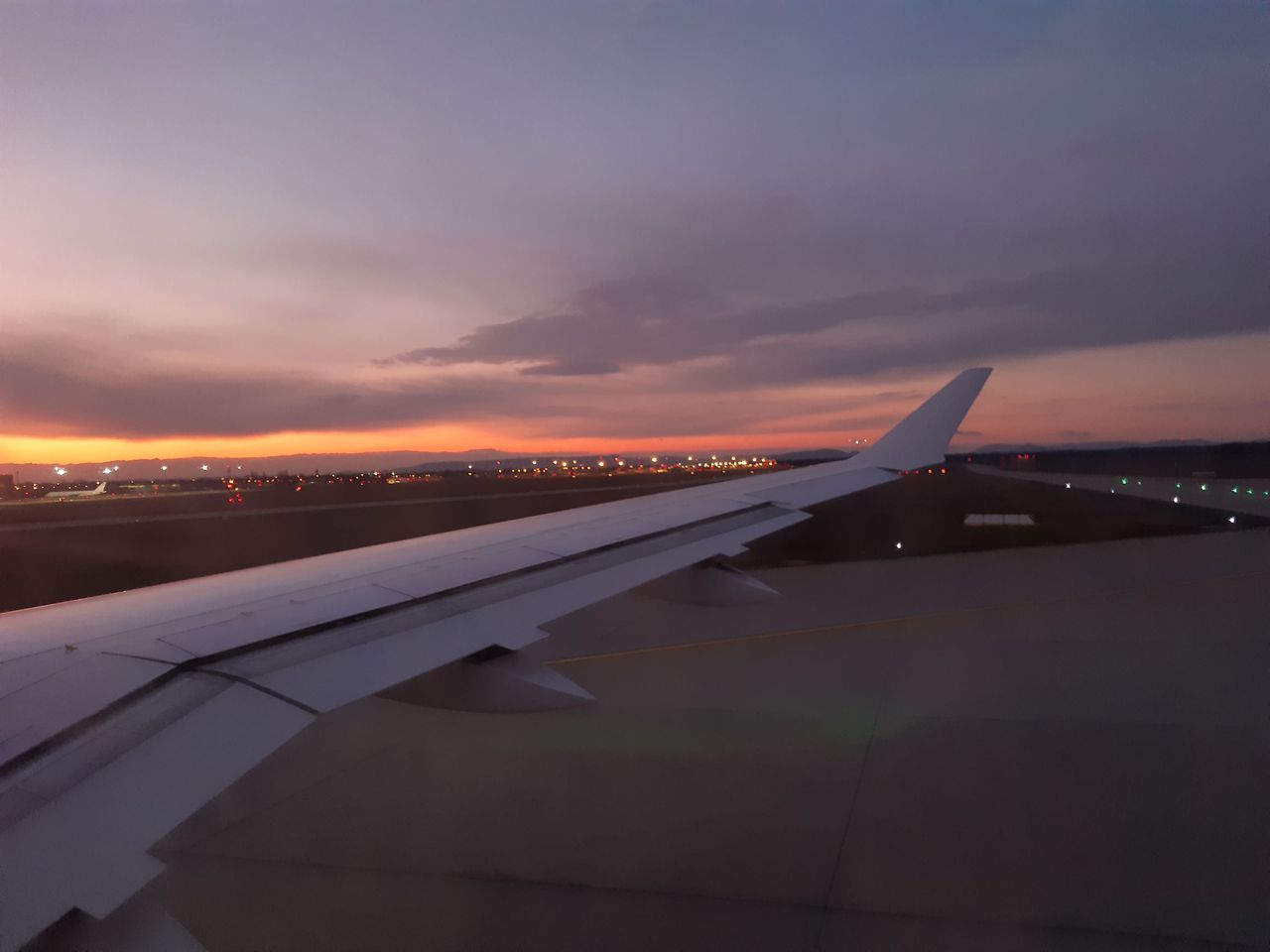 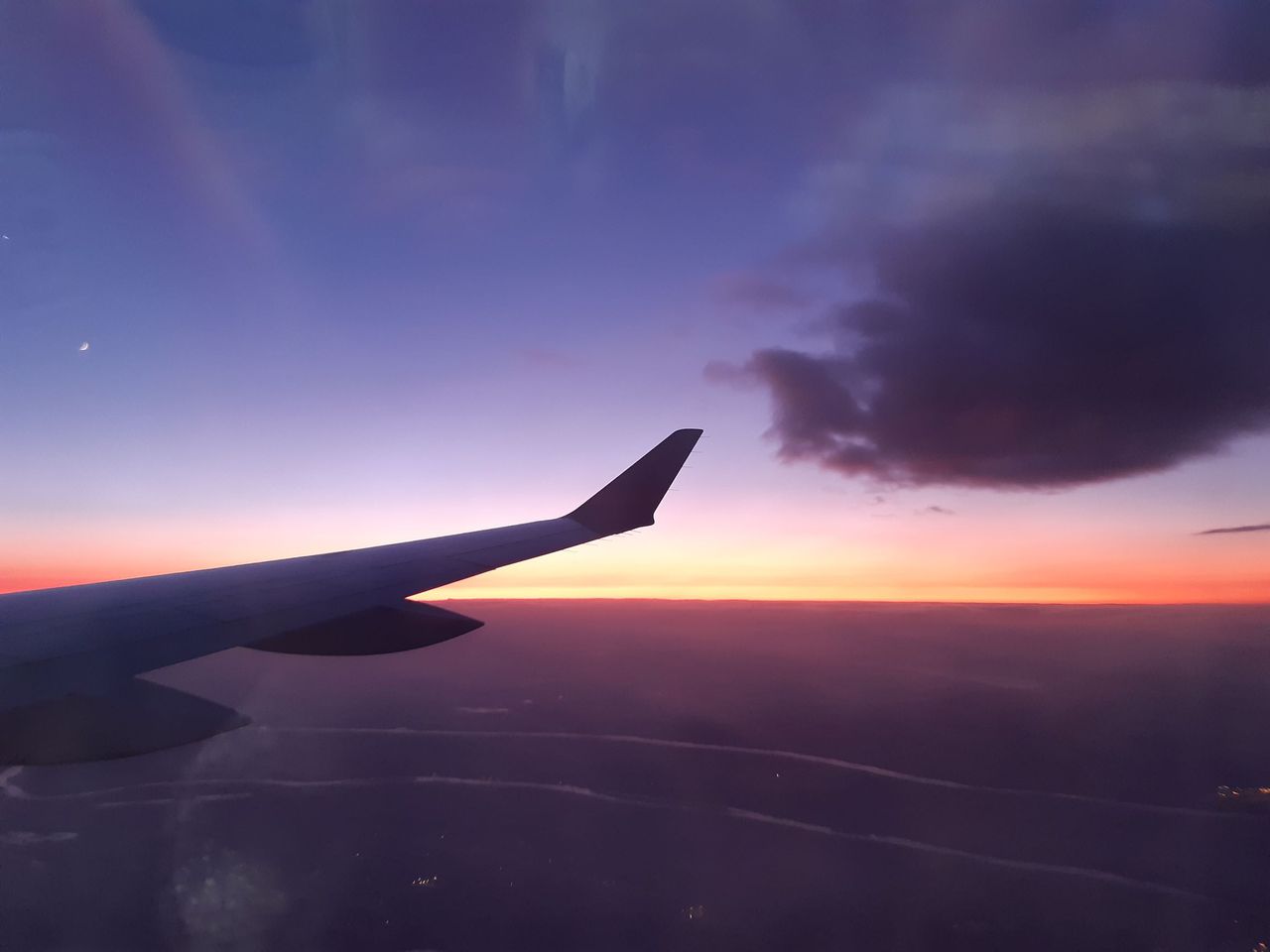 Immigration forms were distributed by the crew without asking the passengers if their final destination was Egypt or if they had a connecting flight to a third country.

Dinner was offered exactly one hour after take-off. There was a choice of beef or chicken. 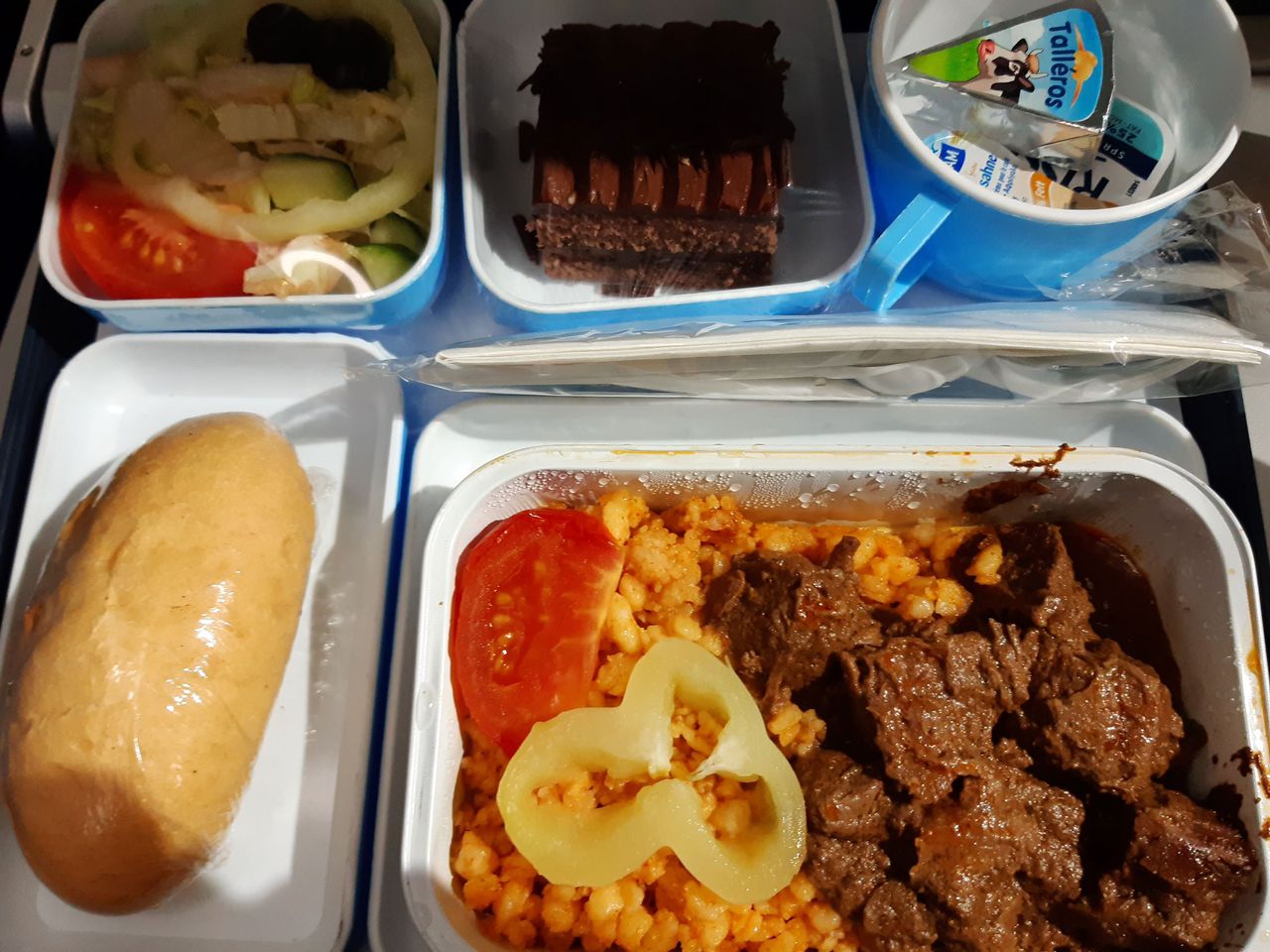 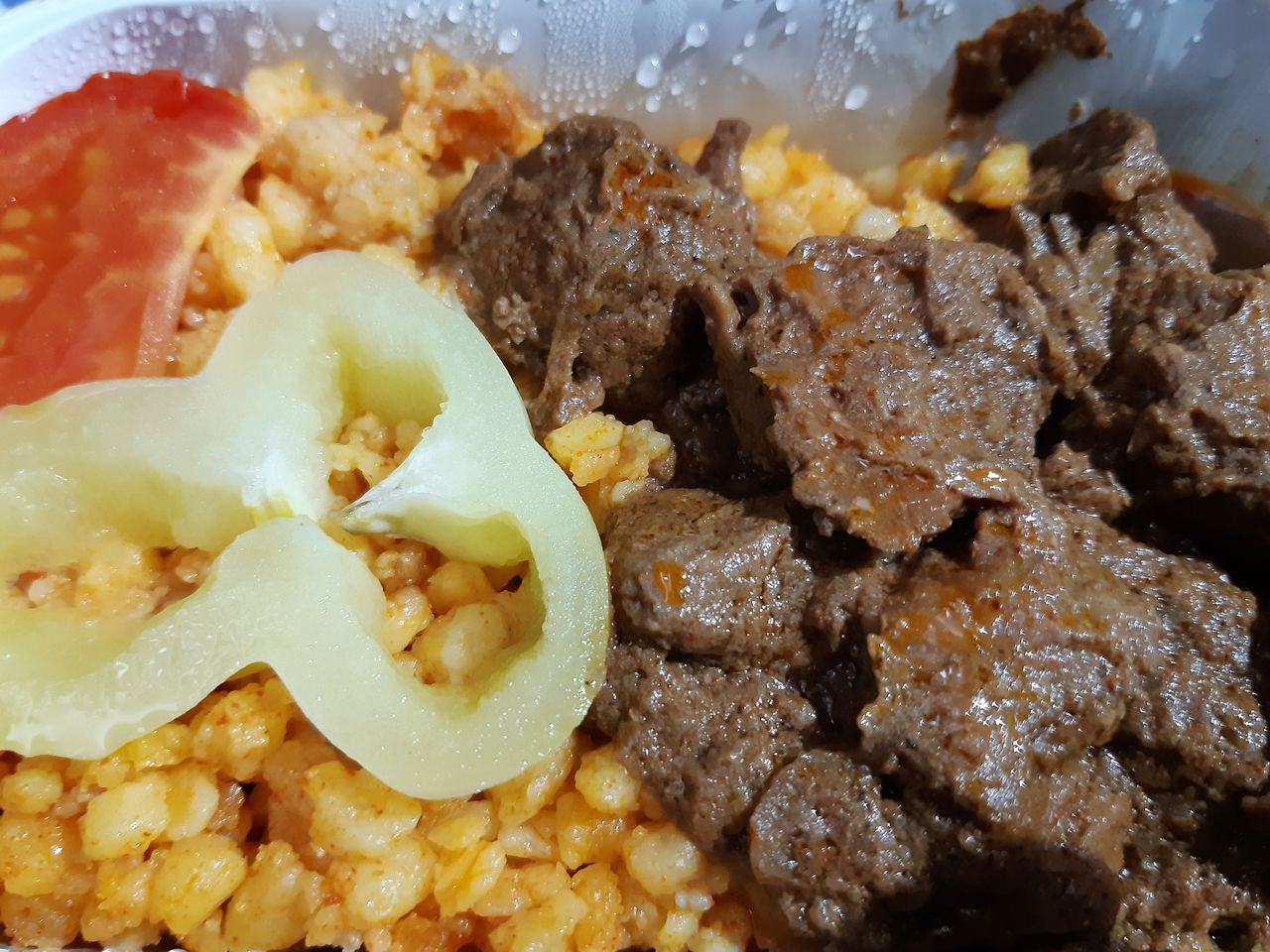 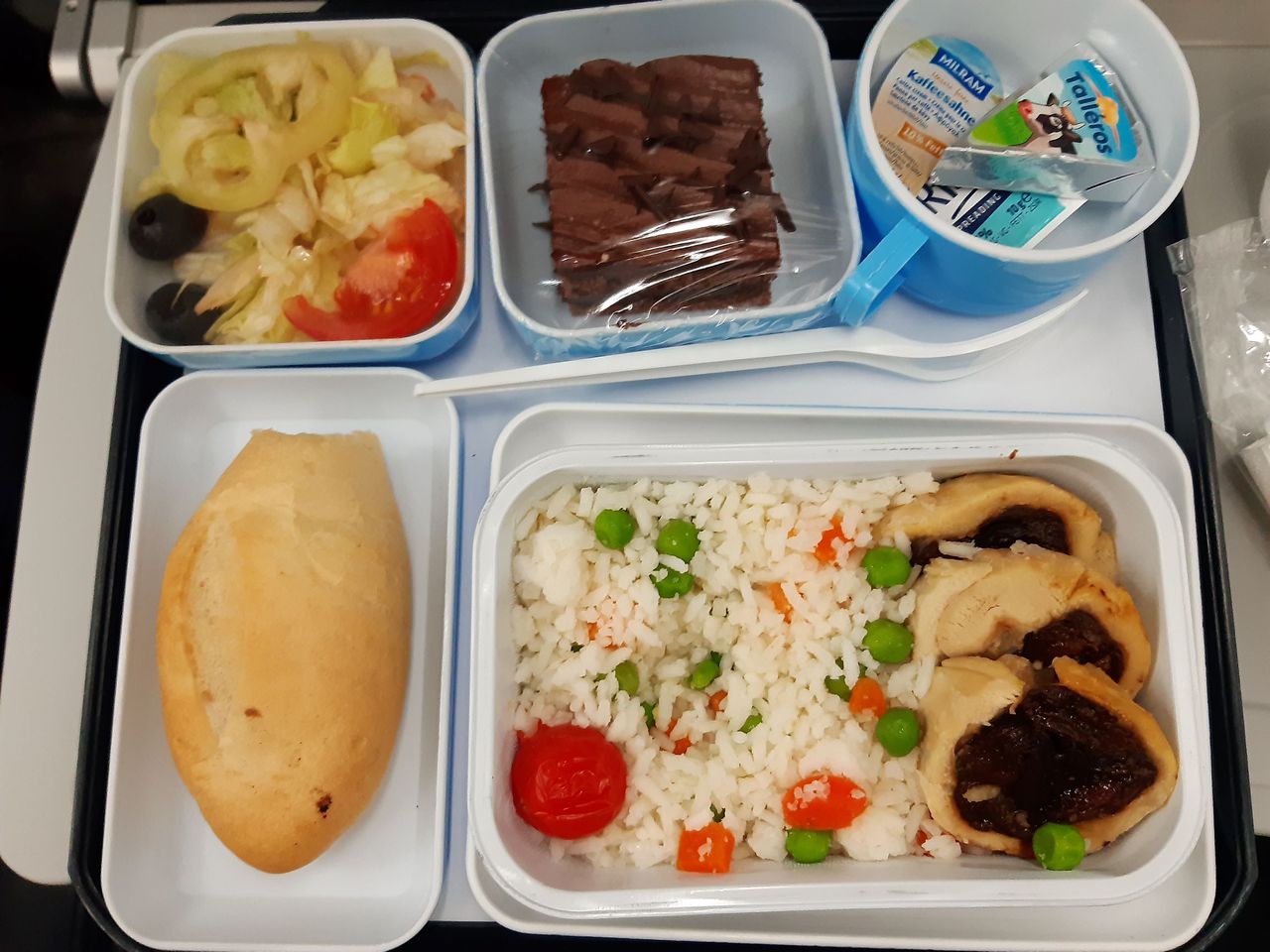 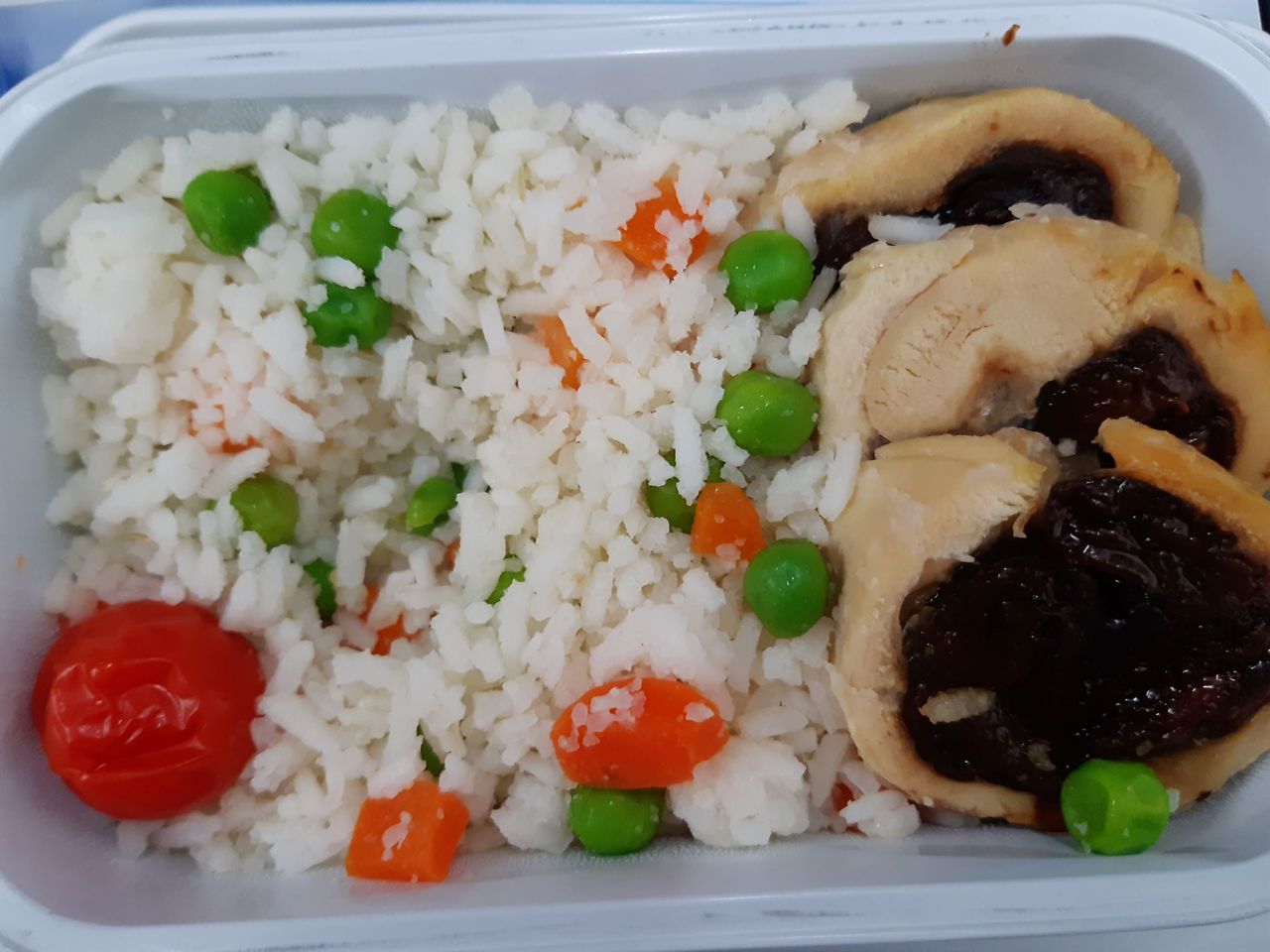 Coffee and tea were offered after dinner. I had some tea. 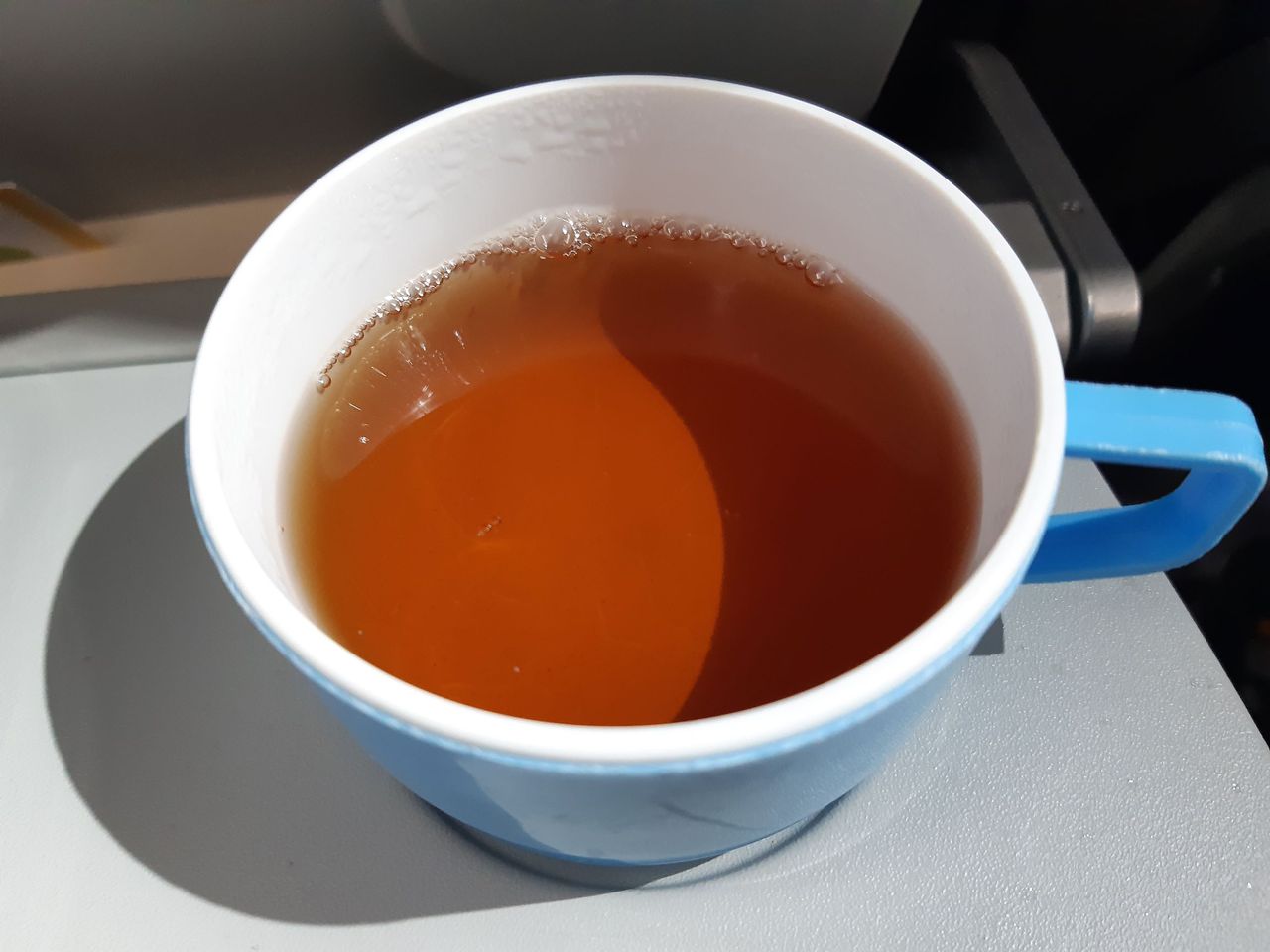 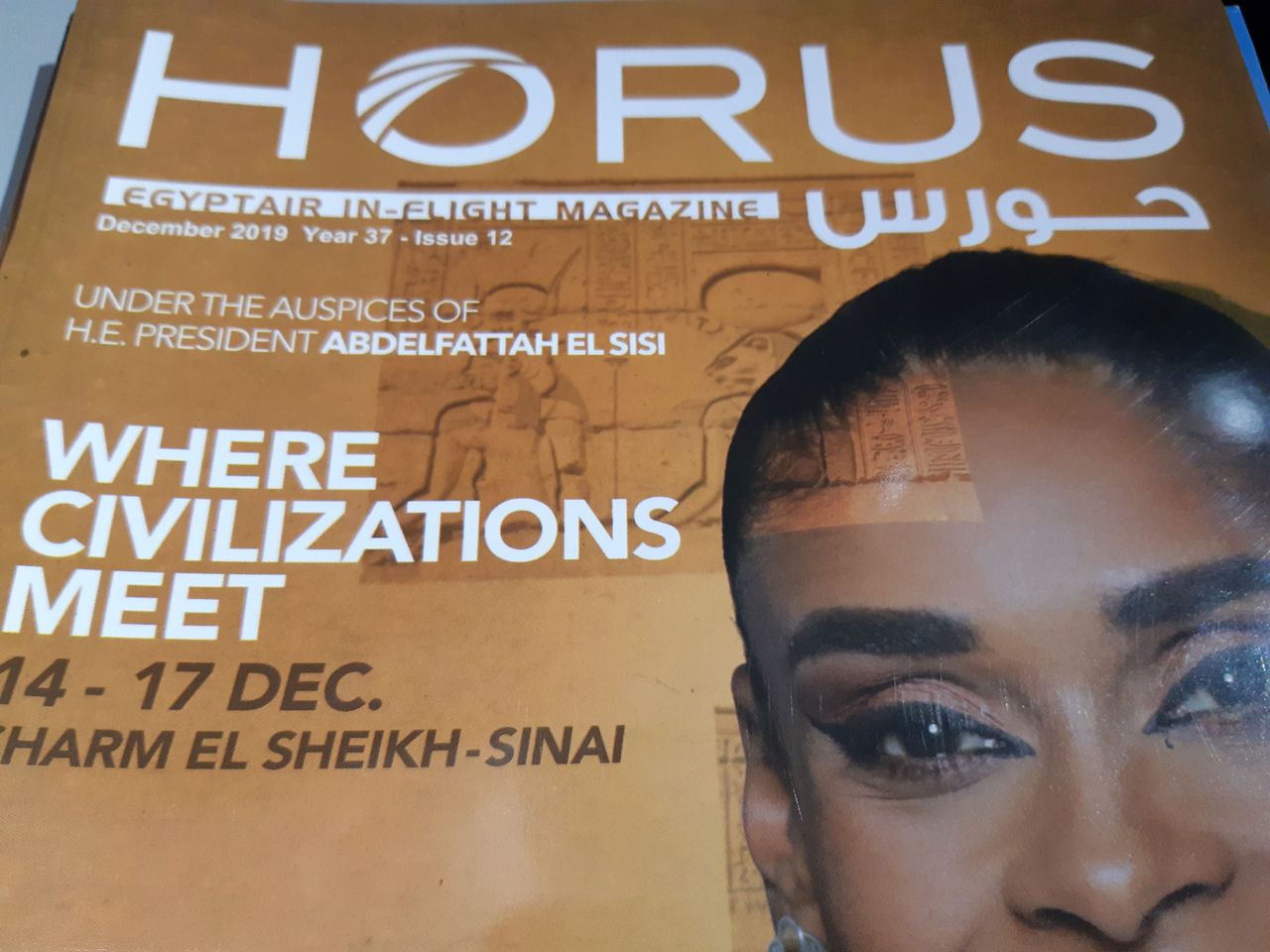 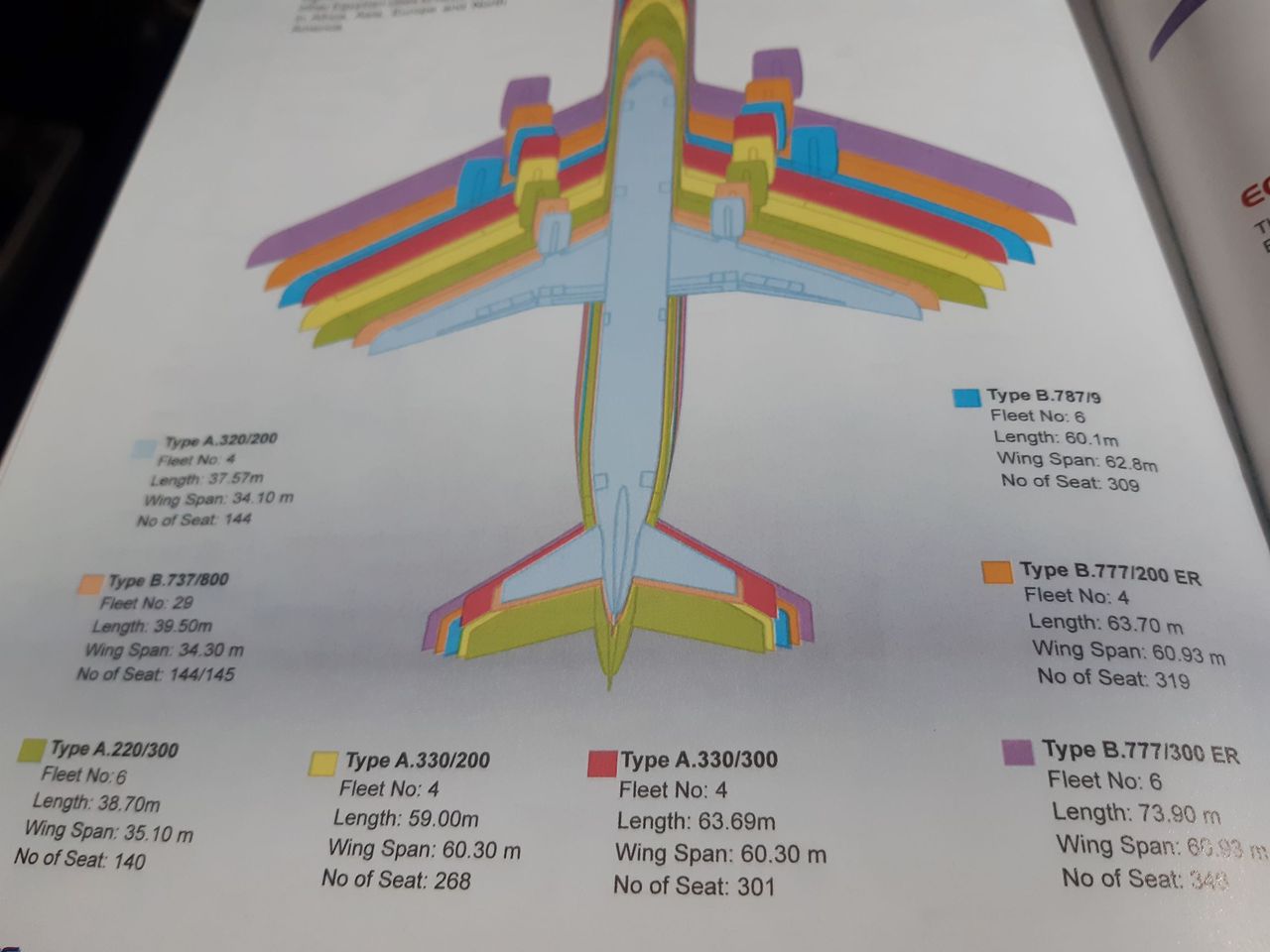 I spent the remaining time reading,

We landed at 20.15 local time for a scheduled arrival time of 19.10. We reached our parking position 15 minutes later. During taxi, several passengers were already standing, walking up and down the aisle and opening the overhead luggage compartments.

The airport experience in Budapest was not good with unfriendly and incompetent check-in staff and a lounge that was overcrowded and had a poor choice of food and drinks. The flight was late and the cabin crew was not very friendly. Food was plentiful; some of it was good but some not. The best part of the trip was the very modern aircraft.