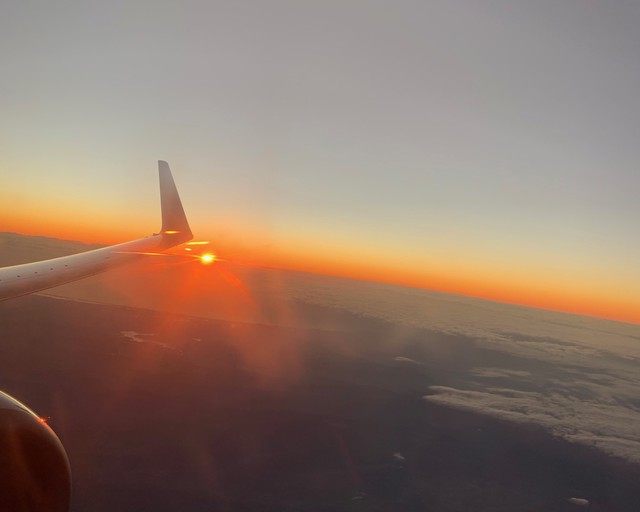 By themagicofairportsinthemorning 1170
Published on 2nd March 2020

Hello and welcome to my first ever flight report! This report is from my recent trip to the USA in June 2019. For this journey across the Pacific I transited in Sydney, continuing on from Brisbane on QF11 and in turn getting to test out Qantas' A380-800 product! Since I booked this flight as an "Economy Flex" fare Qantas gives travellers the option to bid for an upgrade in both cash and Qantas Frequent Flyer points around a week before departure. I decided "why not?" and put a bid in at the lowest option available ($100 cash and 3000 Qantas points) not expecting to be upgraded but liking the concept of the bidding system nonetheless*. So, as you can expect I was suitable shocked when 24 hours before my flight I received an email stating that my upgrade had been successful and my new seat number was 3A! Apologies for the lack of photos in this report as at the time I was not planning to write a report about the flight, nonetheless I hope you enjoy!

* I was also offered an upgrade on the SYD-LAX flight but with the minimum bid being at $940 + 5000 QFF Points I decided not to place a bid (A decision I would come to mildly regret later).

For a boarding time of 5:40AM, I decided to arrive at the terminal around 4:30AM, giving me enough time to enjoy the lounge and maybe have a small breakfast prior to my flight down to Sydney. The terminal at this time of the morning is relatively quiet with the majority of passengers being workers commuting to work. I made my way to check in completely forgetting I am able to use the premium check in counter (not that it really matters as there is practically no line at all anyway). The lady at the check in counter was friendly and explained how my transfer would work upon arrival in Sydney, writing down on my boarding pass the gate in which the Qantas complimentary terminal transfer bus departs from. 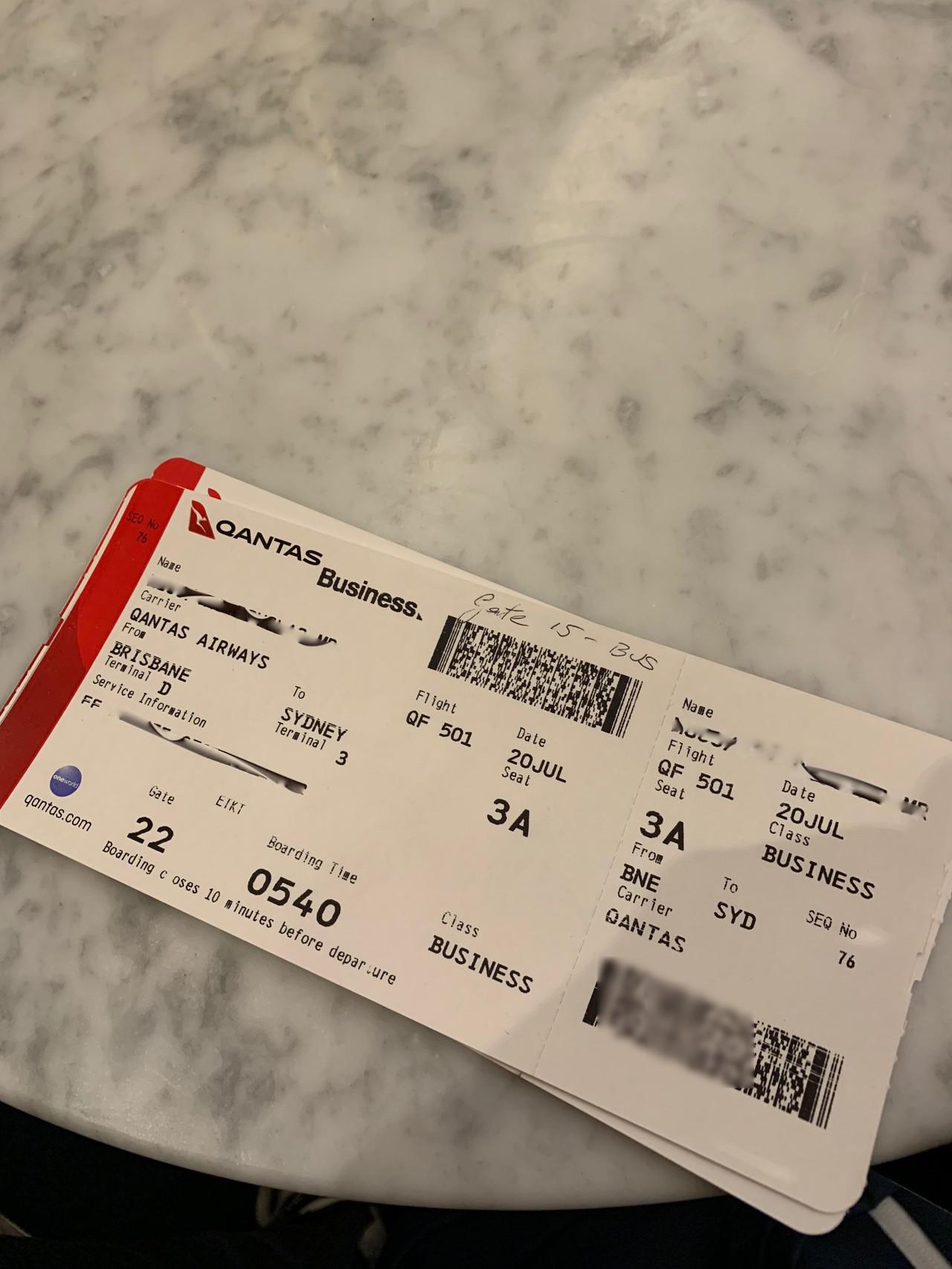 Following check in I eagerly strode for the Qantas Business Lounge! The Lounge had a subdued and very lovely atmosphere especially at the early hour of the morning. It was uncrowded, and the breakfast buffet was well stocked. The design of the lounge was very aesthetically pleasing in my opinion and there was plenty of space for both families and business travellers to find and use to their best interests. 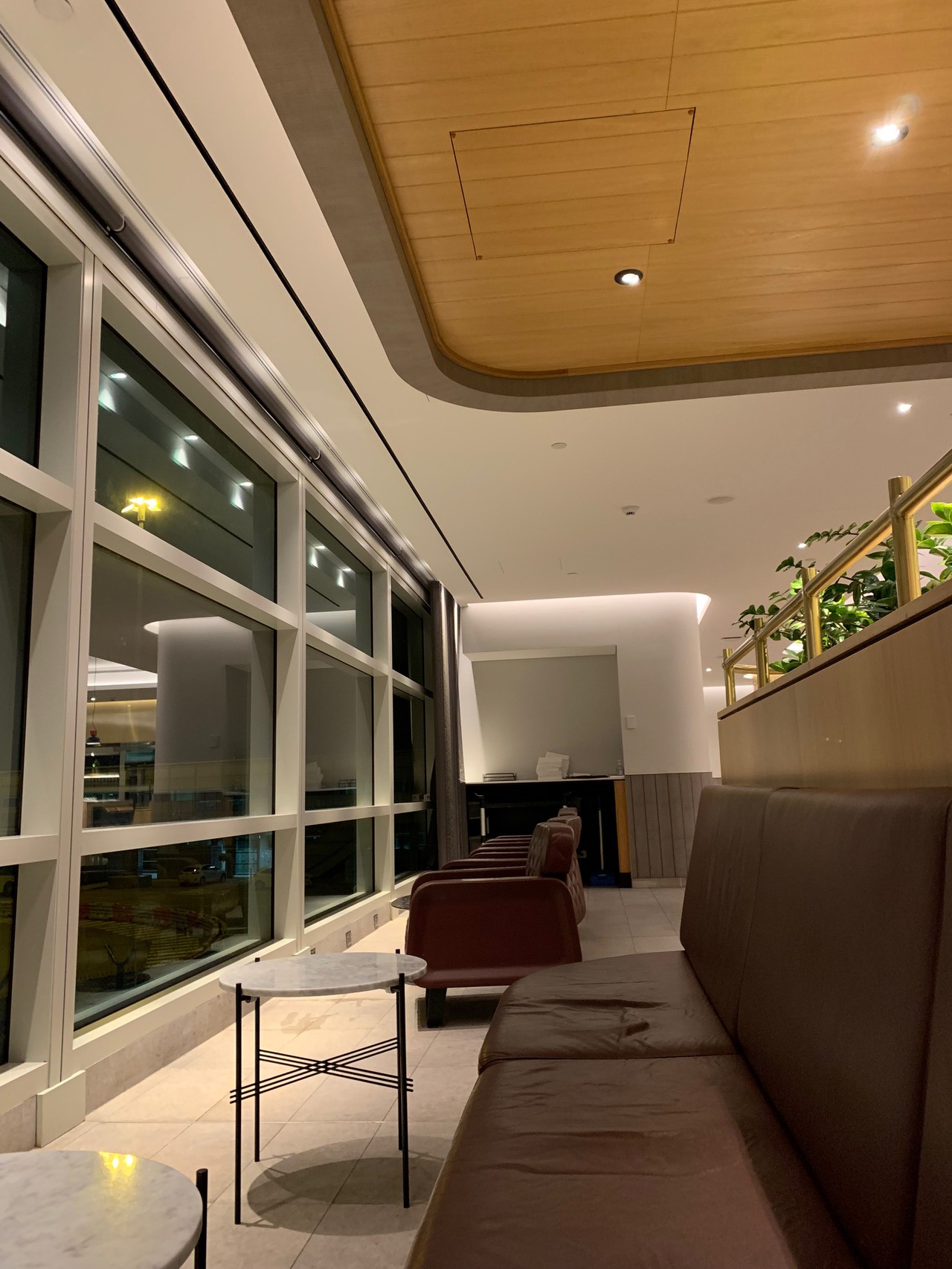 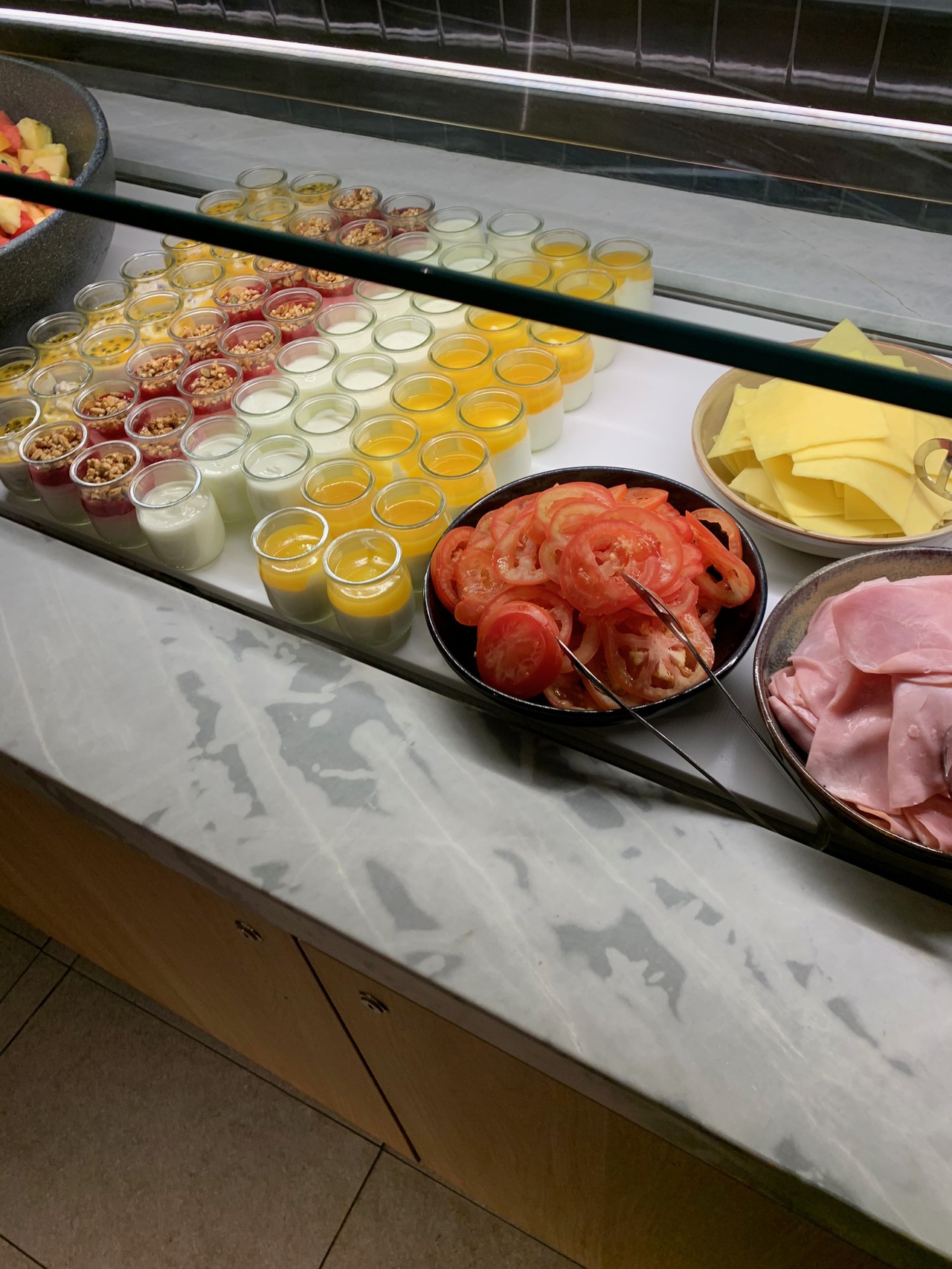 Since I wanted to save my appetite for the plane, I opted for some yoghurt & muesli which was absolutely delicious. There was so much more food on offer but I didn't manage to get a photo unfortunately. 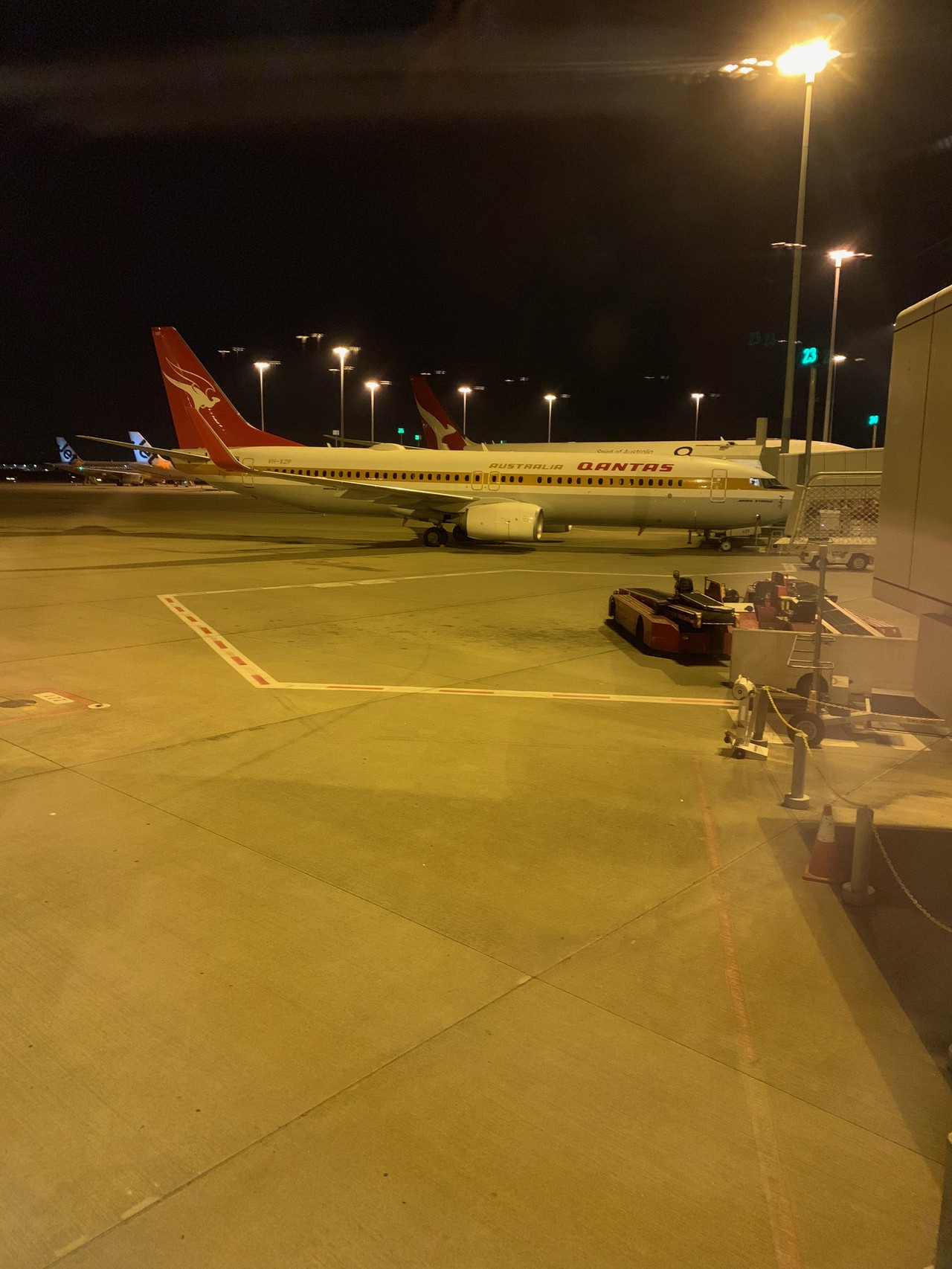 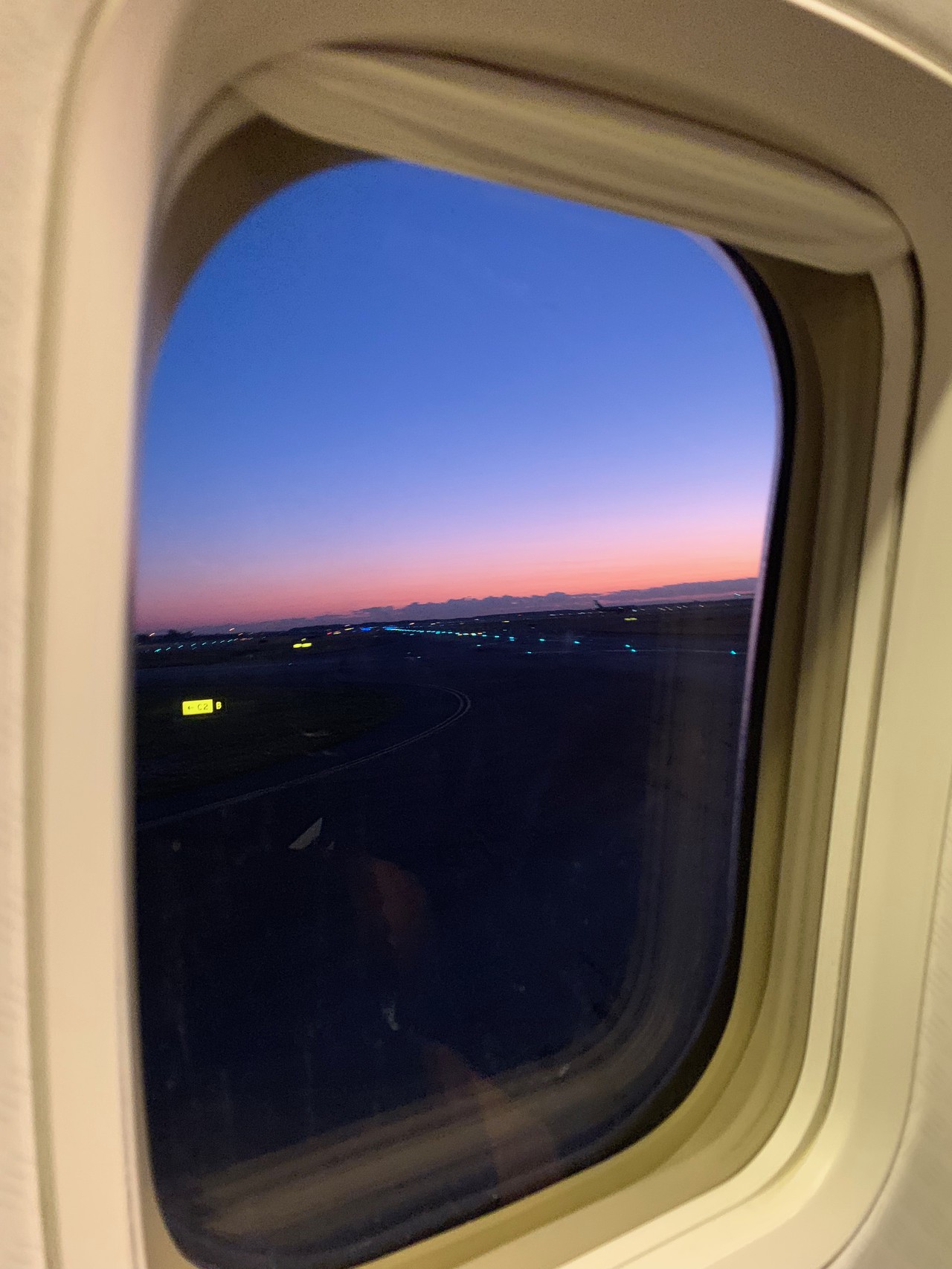 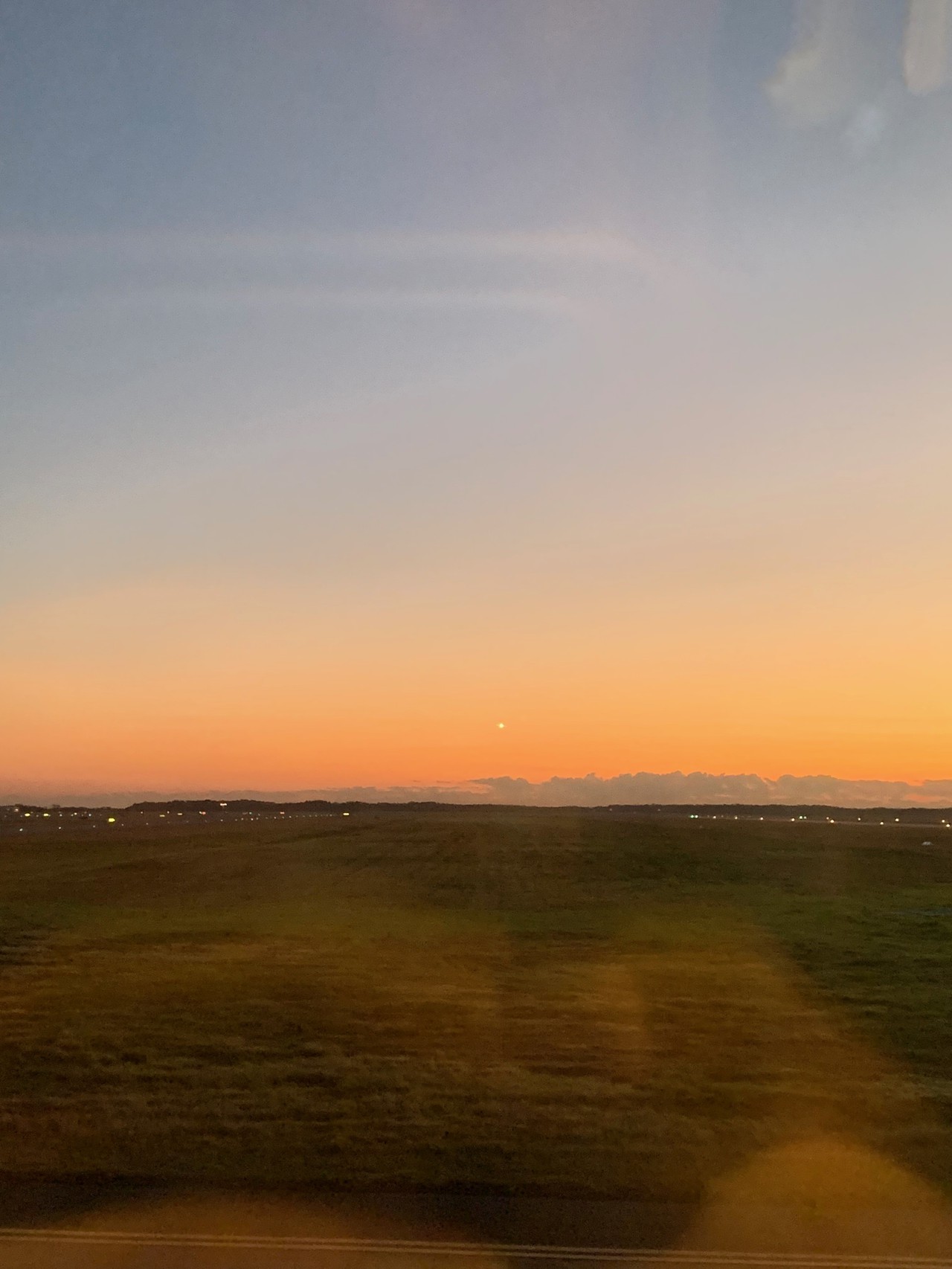 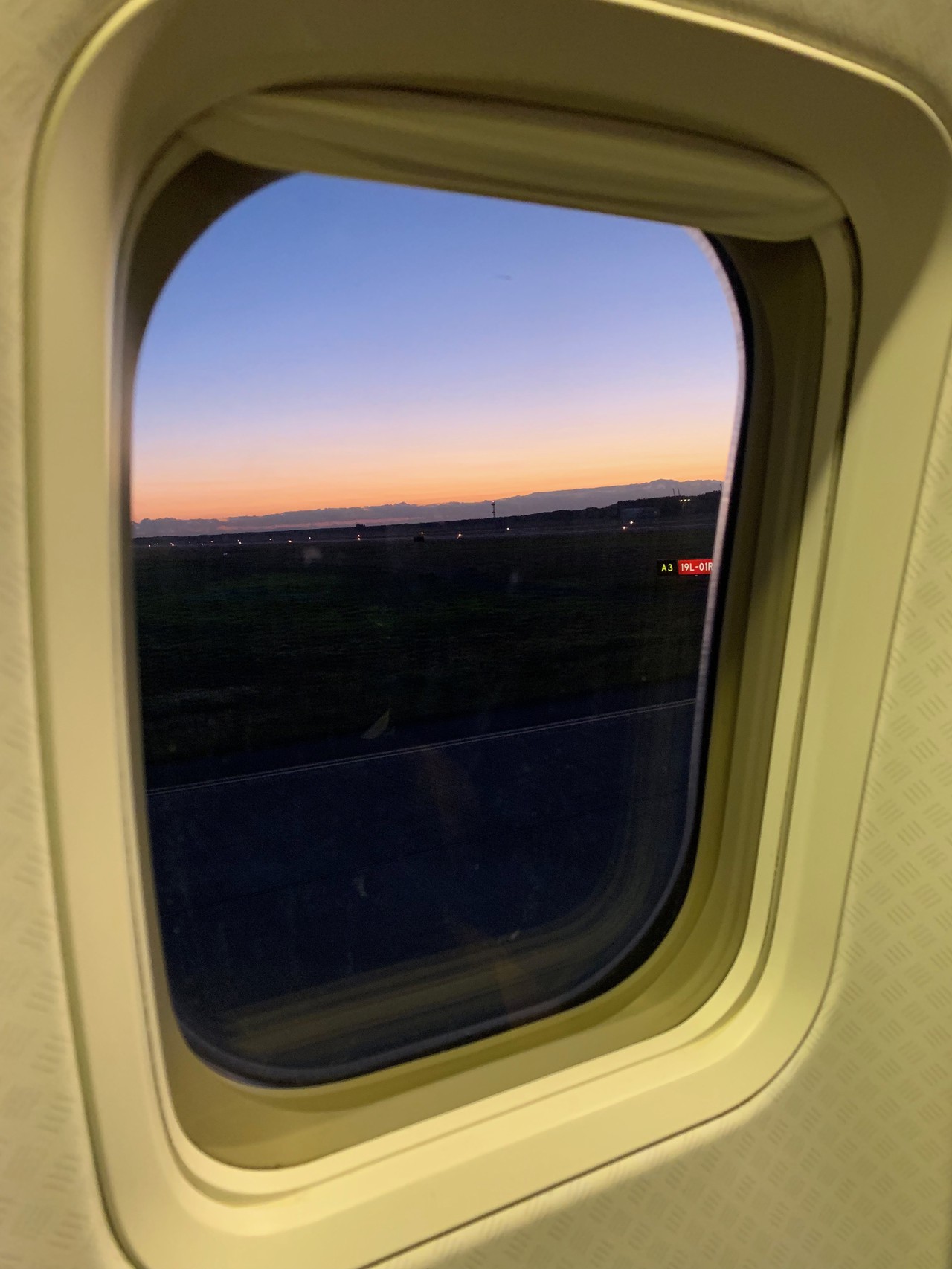 The pre-dawn glow was just beautiful for takeoff and it captivated me for the first 20 minutes of flight time. It is possibly one of the most heavenly scenes I have witnessed from the sky in my time flying. It is times like these that make me truly fall deeper in love with flight. 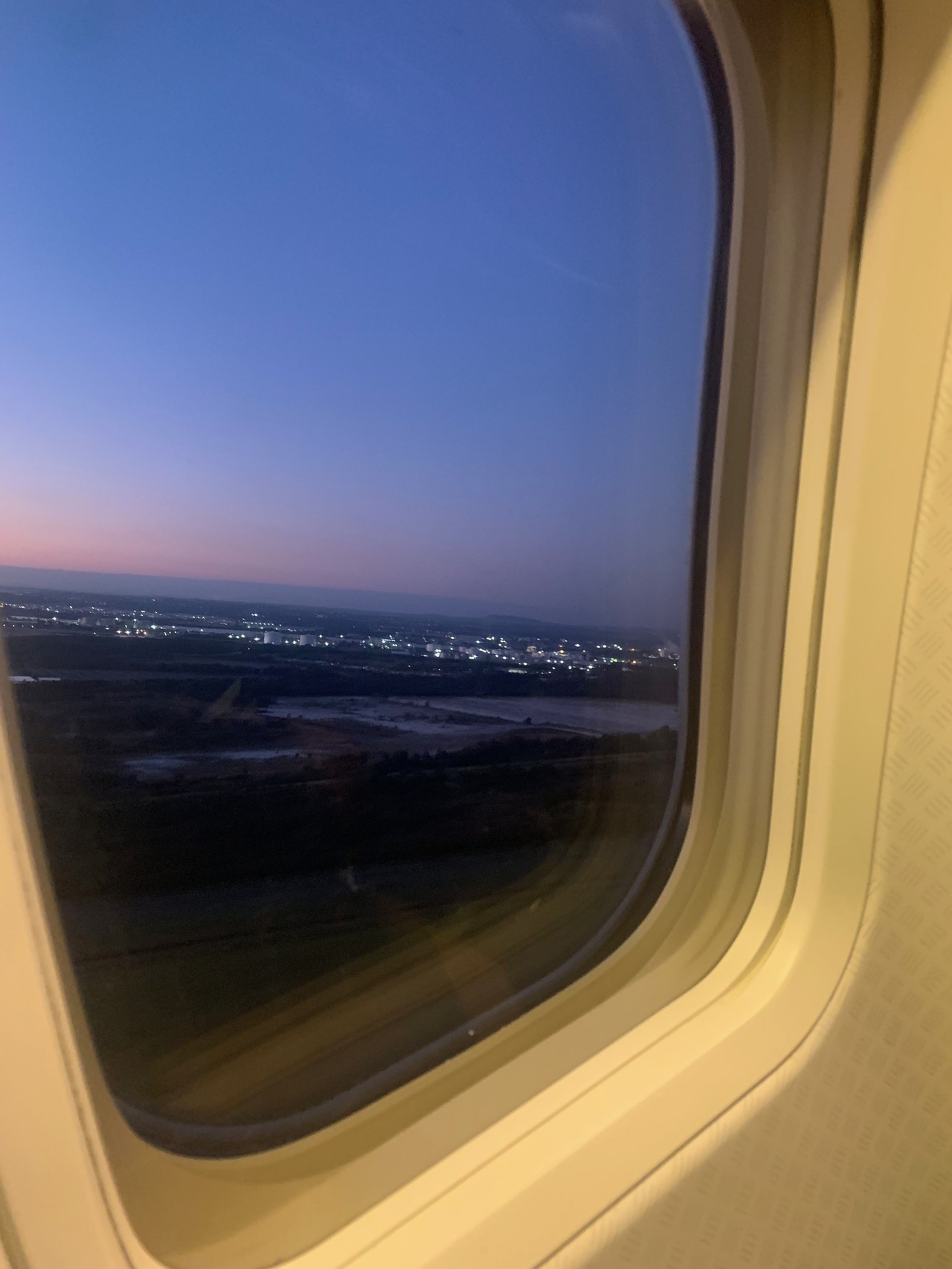 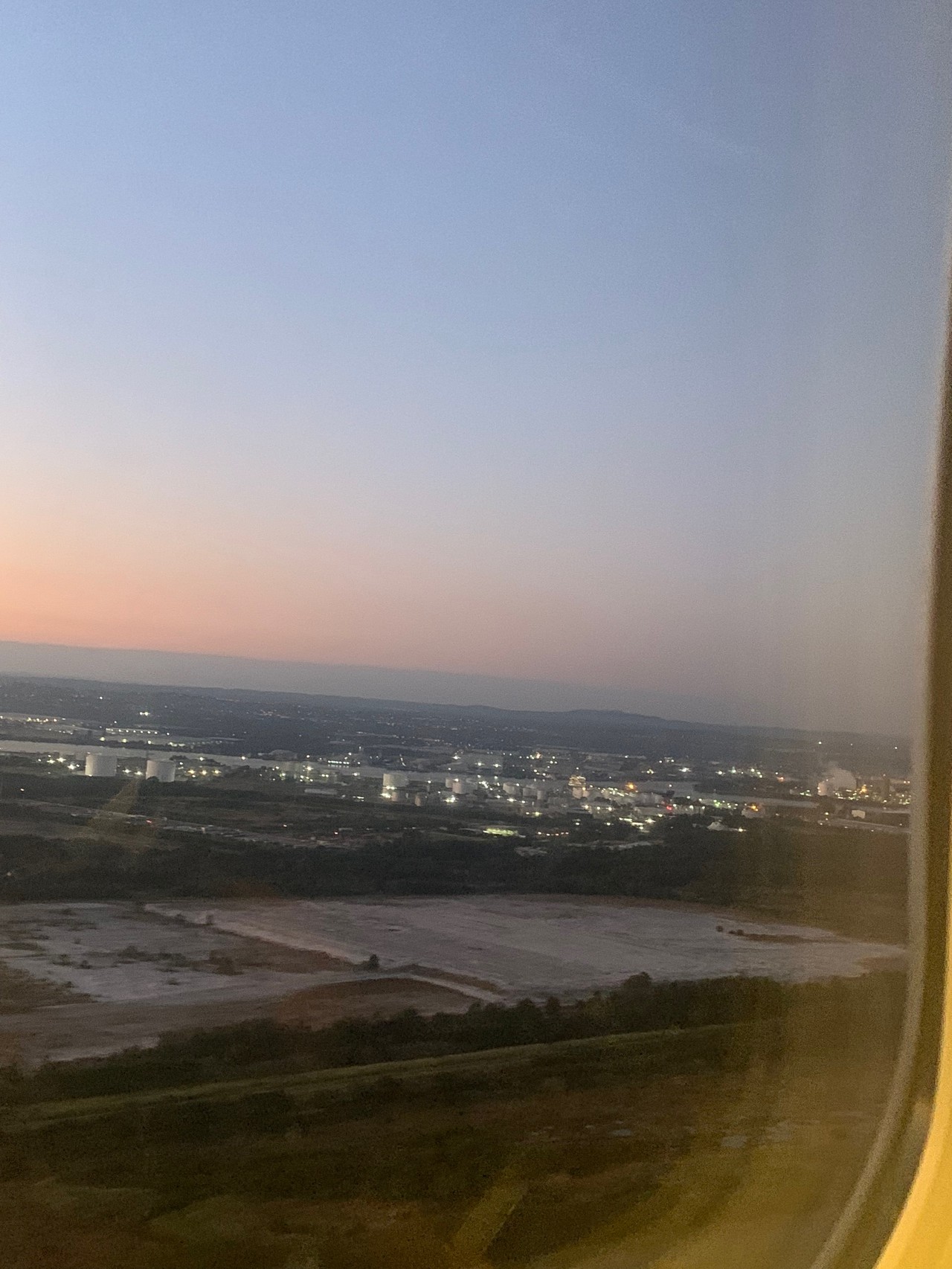 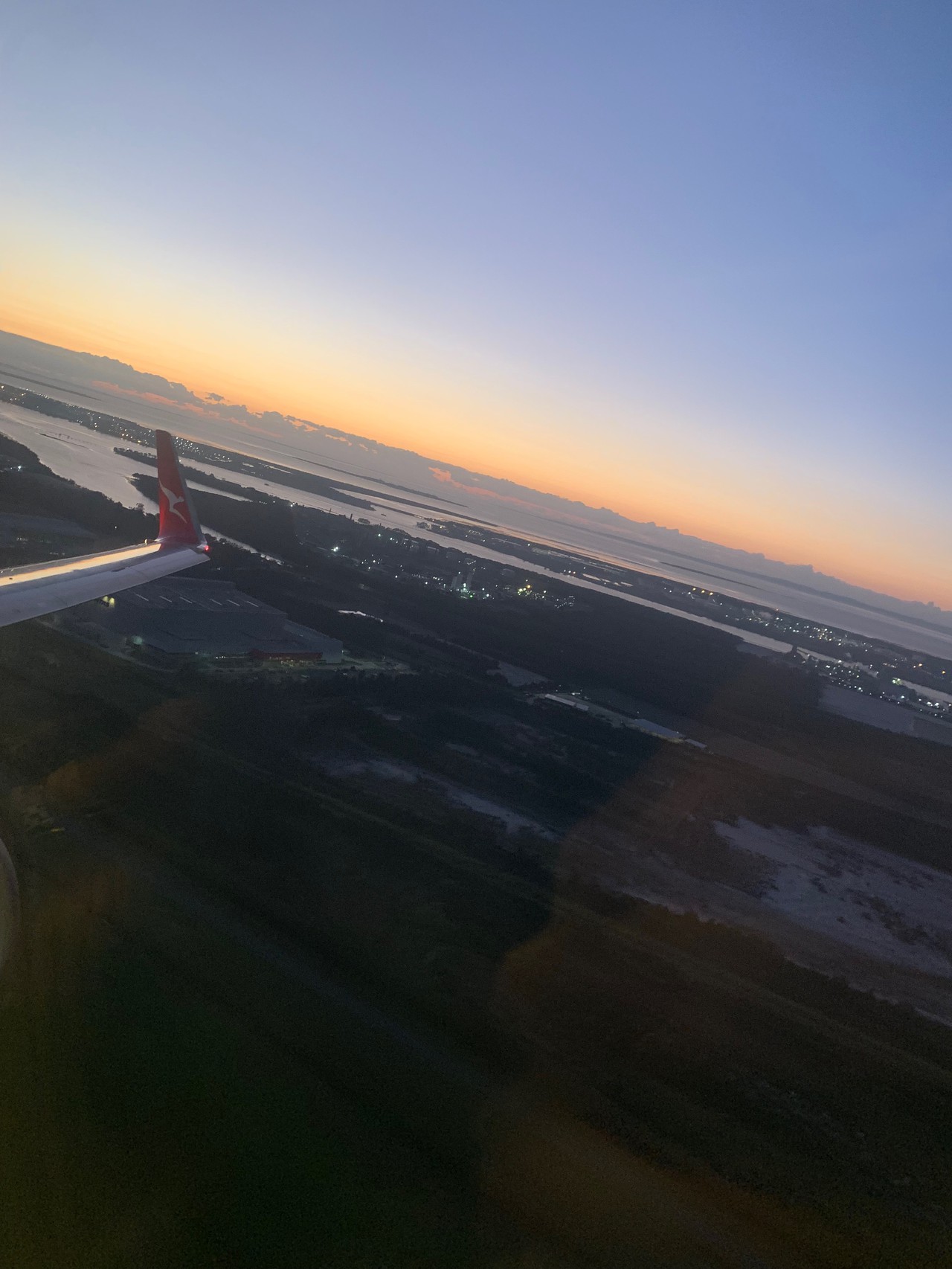 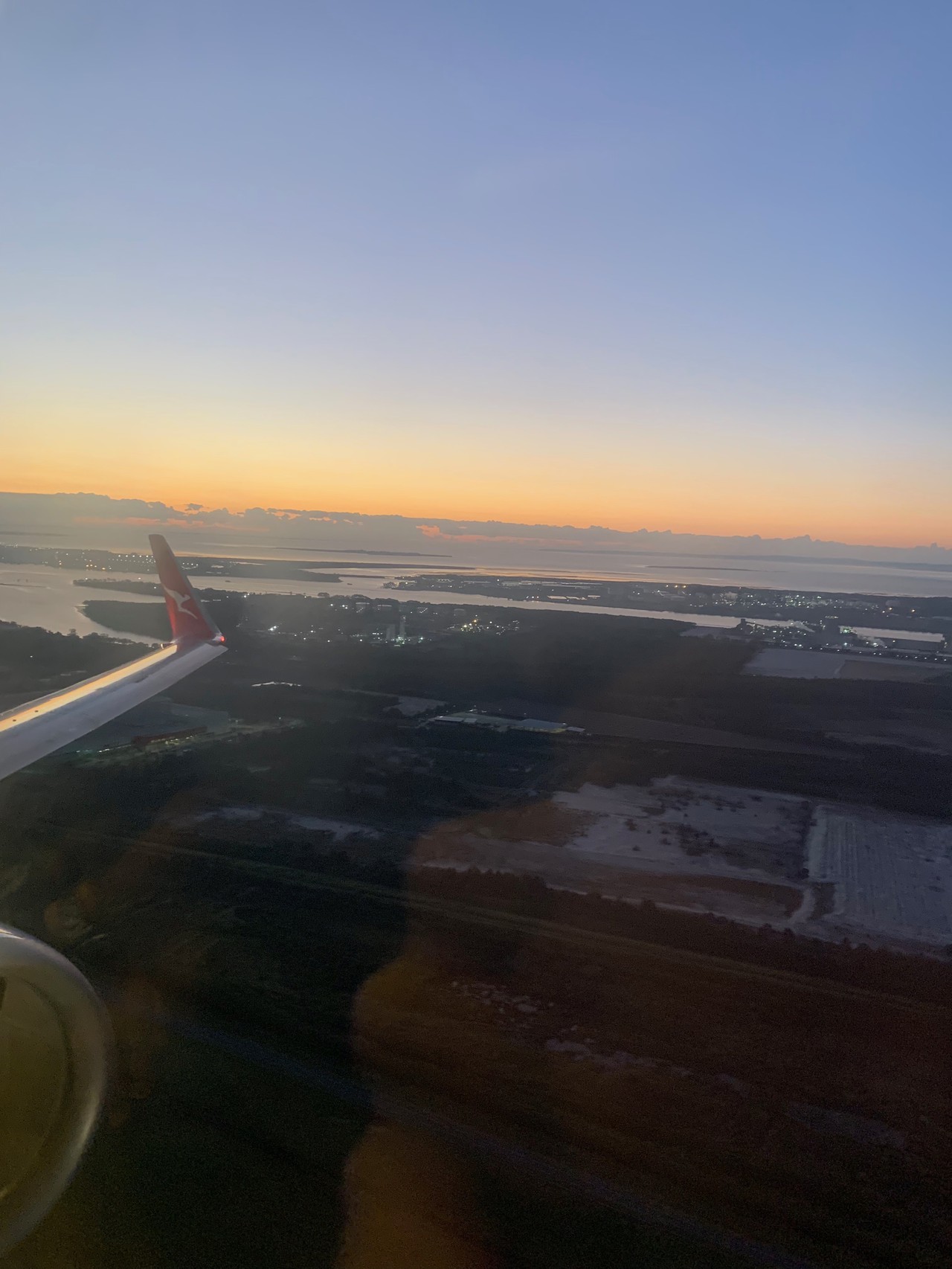 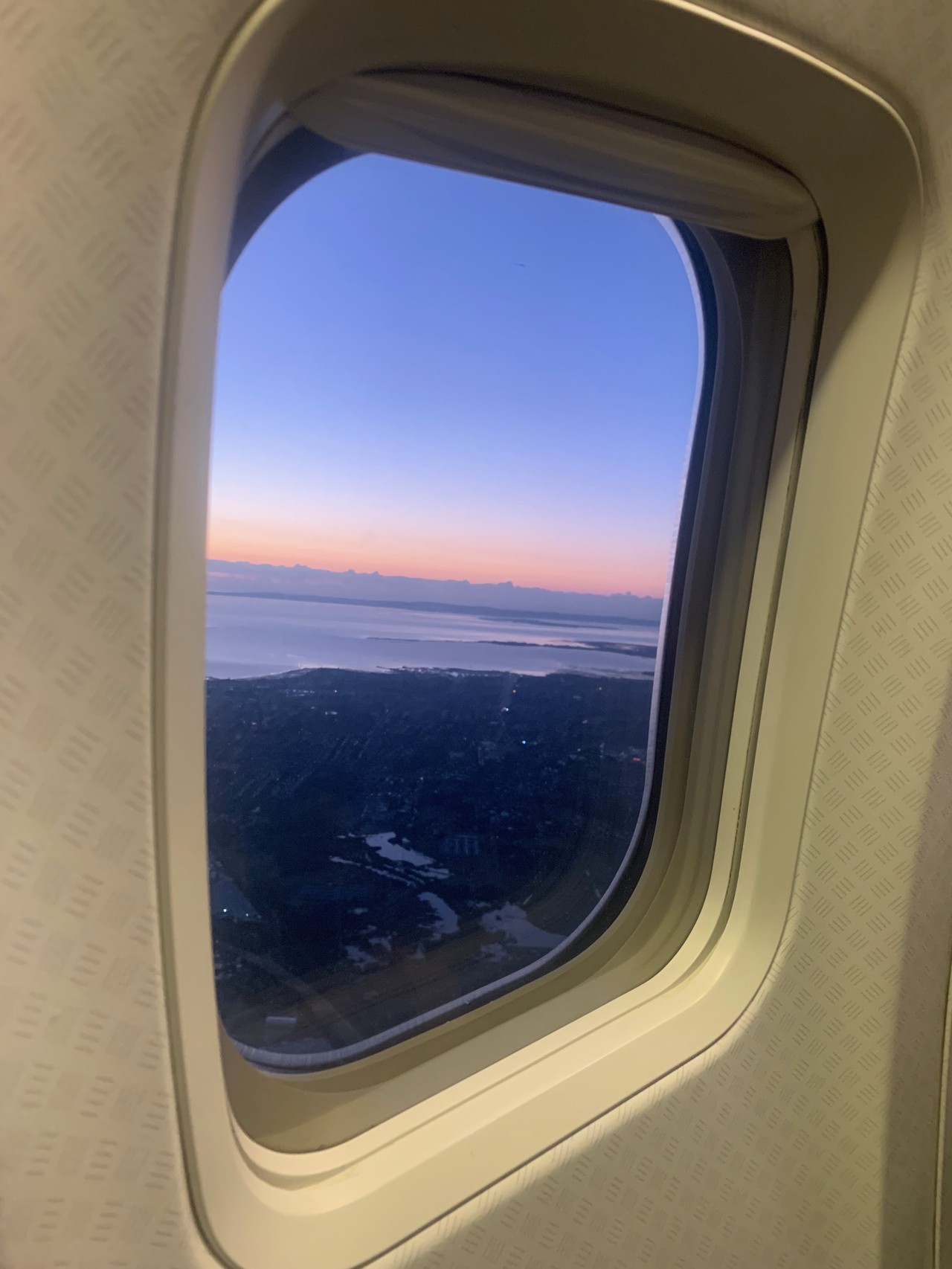 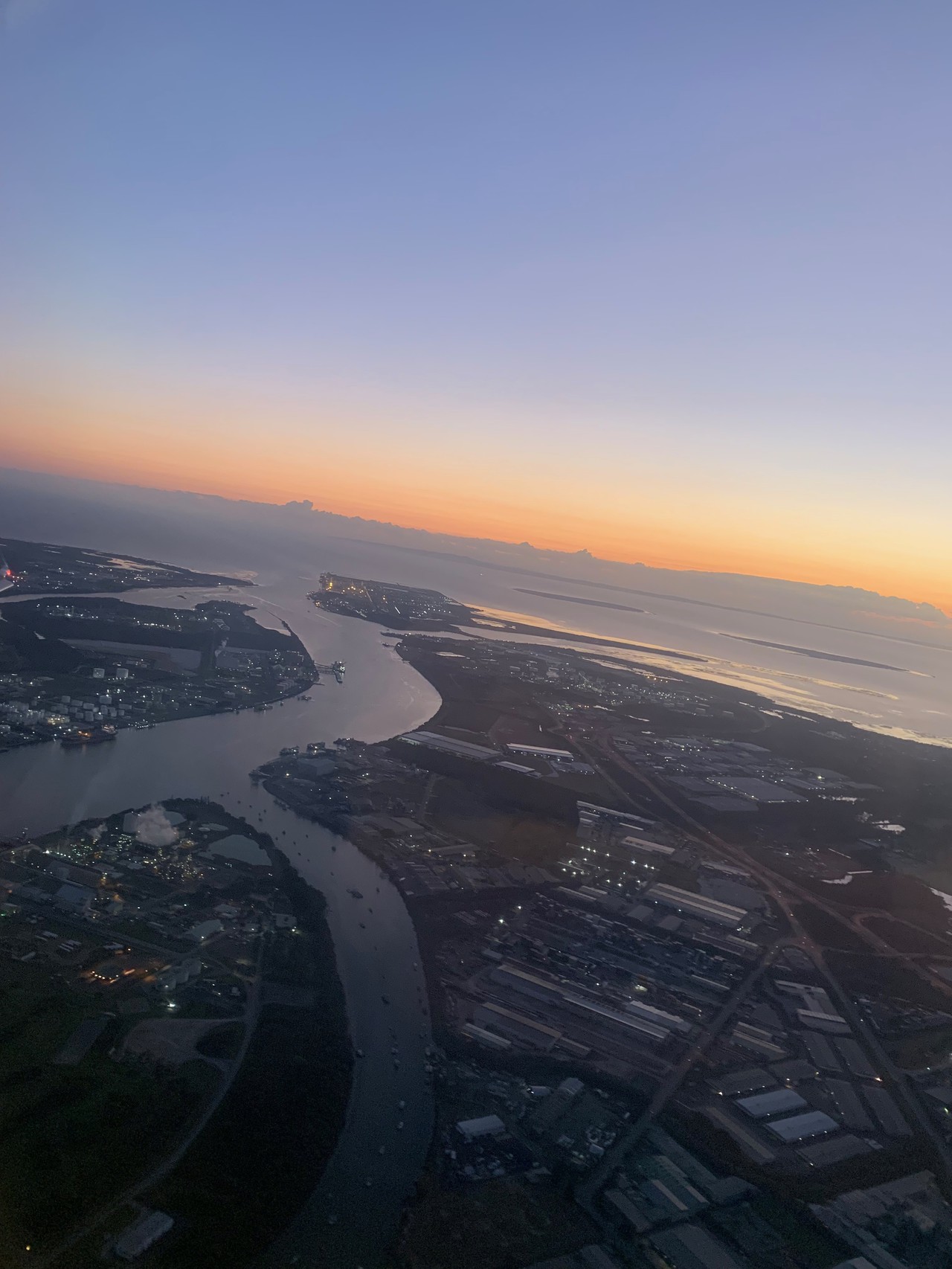 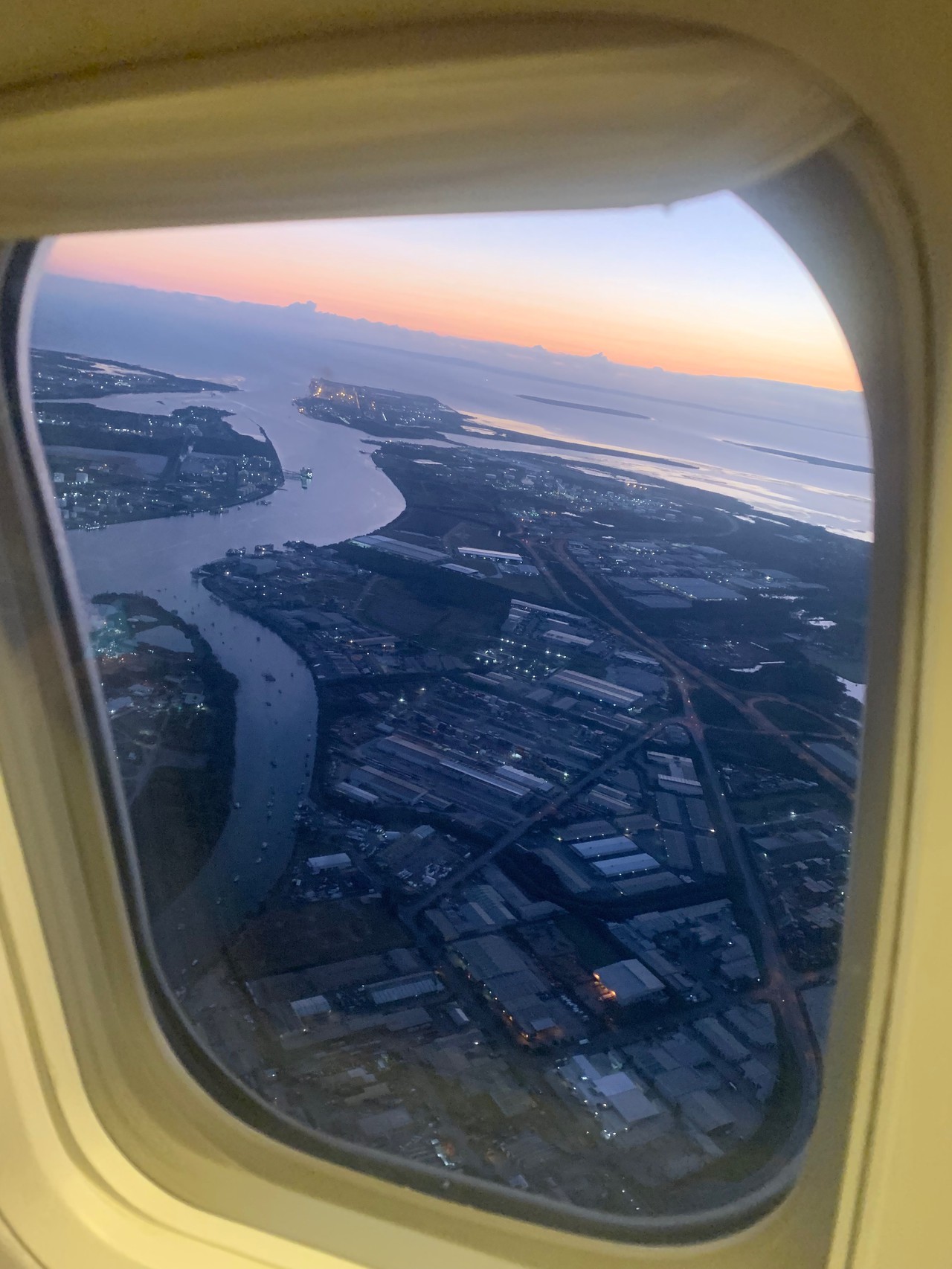 Looking back on the Port of Brisbane. 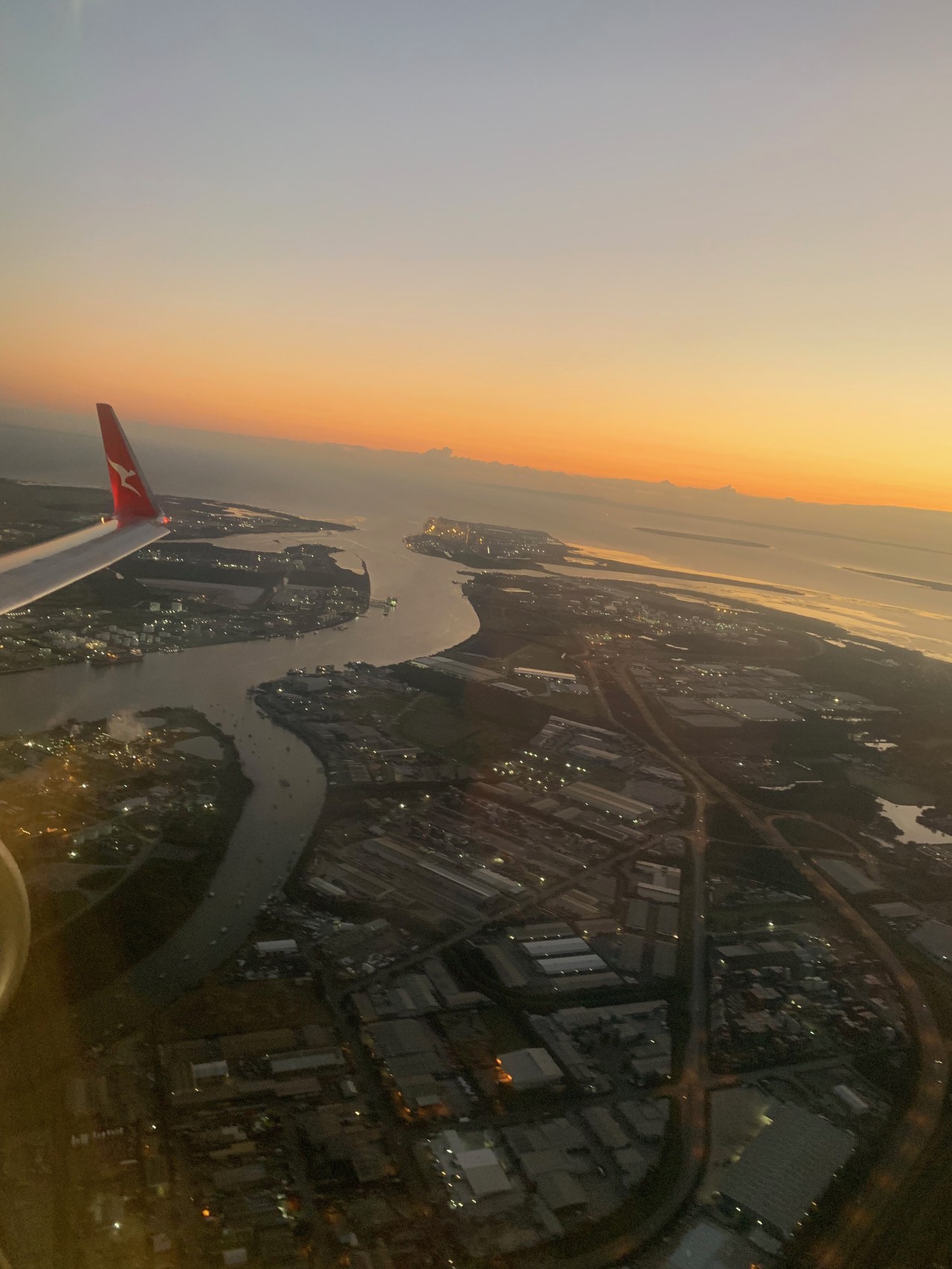 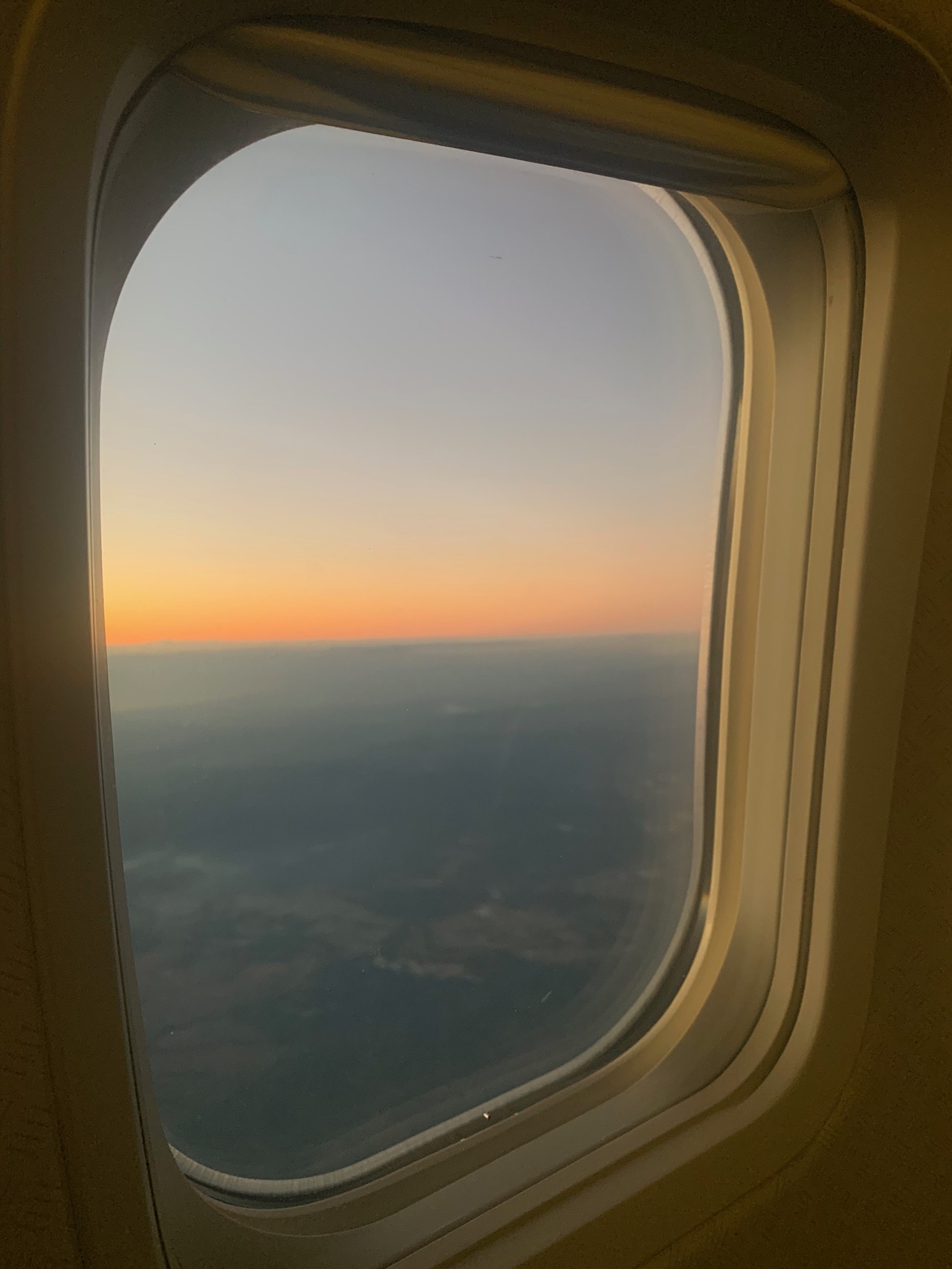 Reaching cruising altitude the crew turned on the in-flight entertainment. Since this 737 had neither individual IFE seatback screens OR Wifi we would have to be contented with watching, of all things, a Kylie Minogue documentary! I found it quite funny and had to have a laugh. While Wifi is slowly being rolled out through Qantas' fleet of 737s it is really a hit or miss situation, on a recent trip to Cairns with Qantas both flights had Seatback IFE screens AND Wifi, so it really just depends.

Shortly after reaching FL370 the Breakfast service commenced. We were offered a Vegetable Quiche with a Sausage, accompanied by Yoghurt and a Muffin which I was keen for and was definitely not disappointed. The portion was extremely large for such a short flight and incredibly tasty as well, my compliments to the Chef catering! 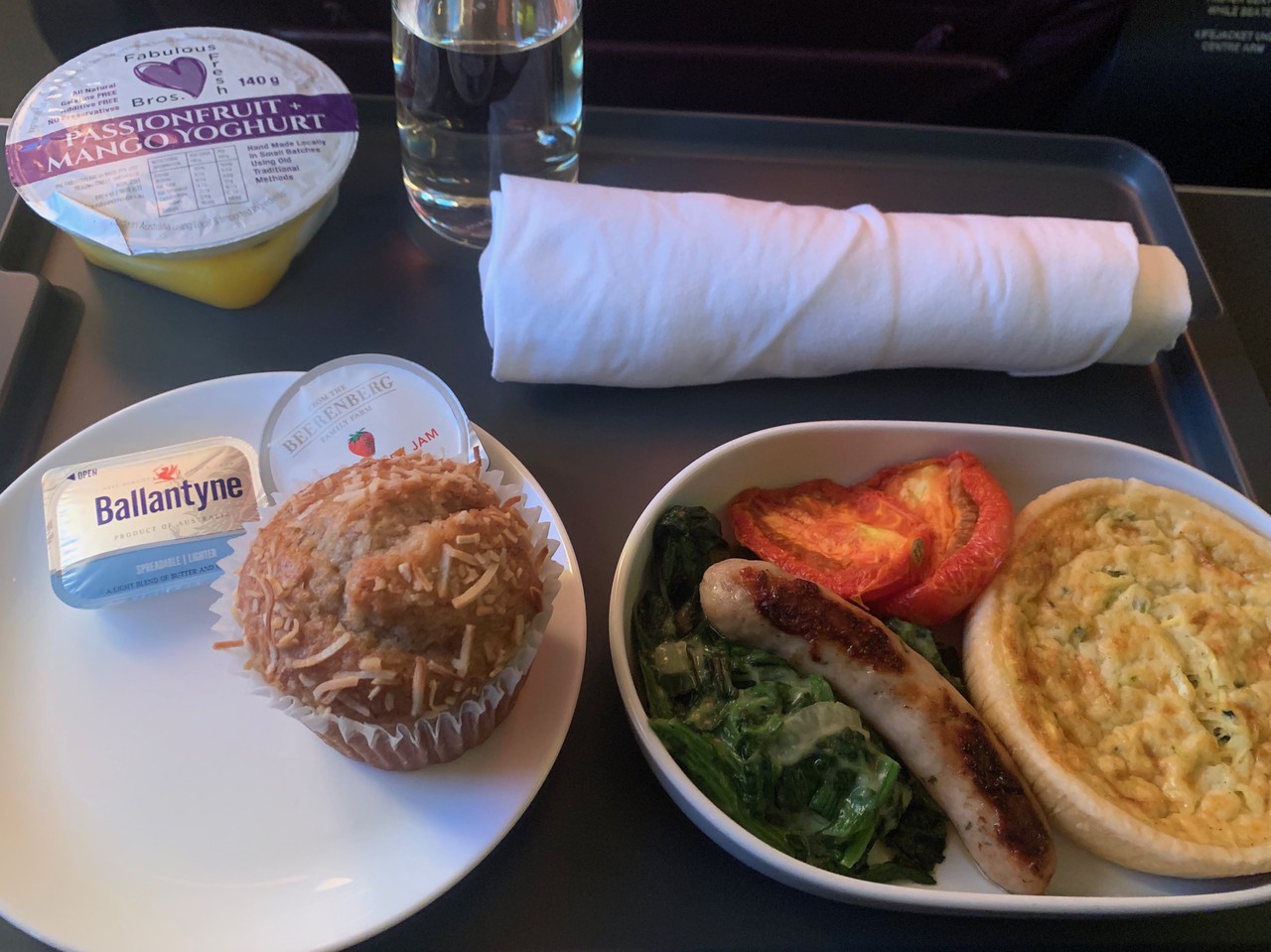 After the Breakfast service the flight seemed to *excuse the pun* fly by. And before I knew it we had begun into Sydney. Upon landing I was able to find gate 15 and the international connections bus very easily and made my way onwards to Sydney International Terminal. 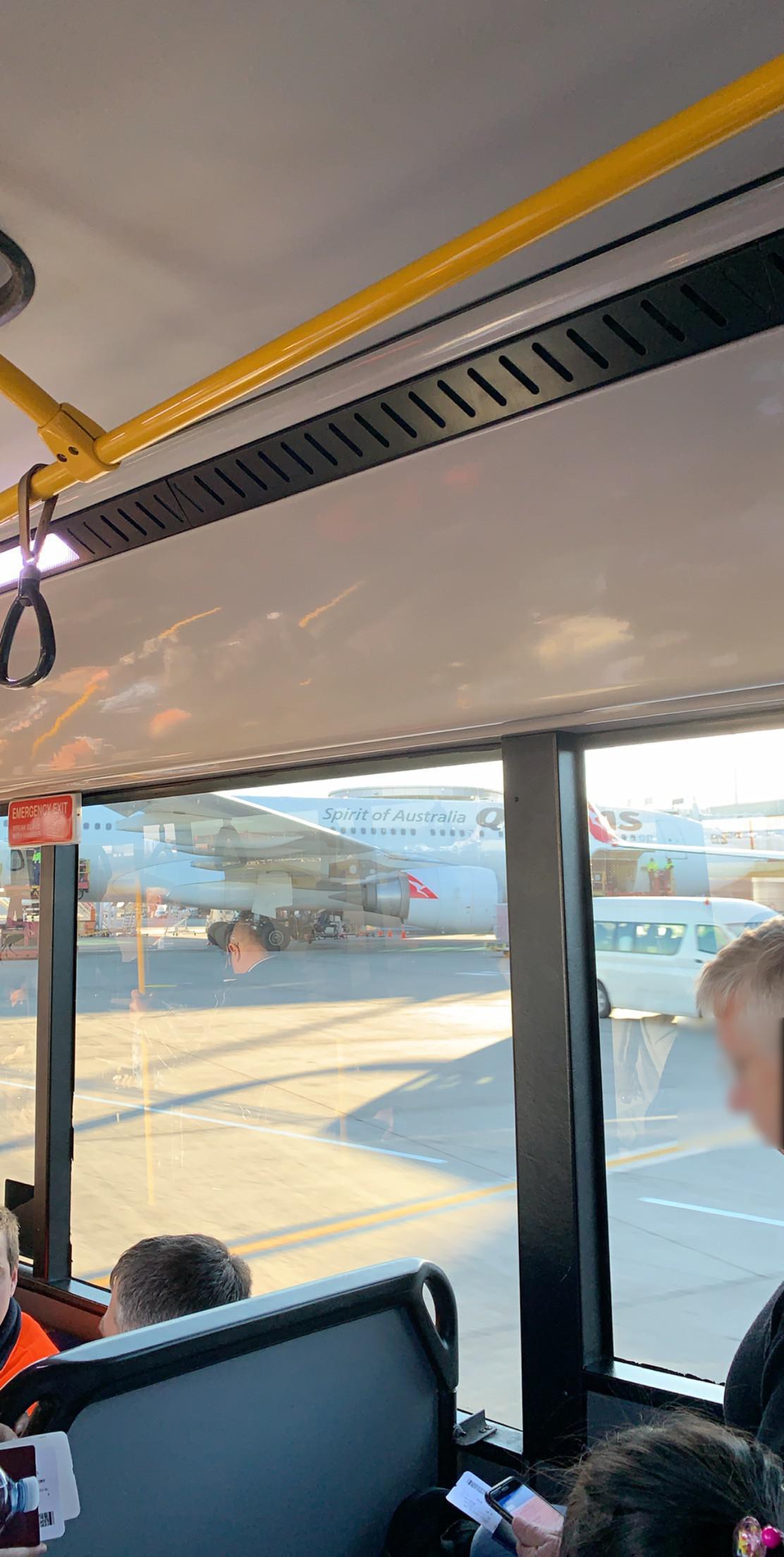 All in all this flight spent in a premium class was a pure accident and I enjoyed every bit of it. From the ever friendly Qantas staff and full size breakfast to the beautiful sunrise I was able to view from the sky, this was a joyous flight and one I will be sure to try again!

The contributors of Flight-Report published 11 reviews of 3 airlines on the route Brisbane (BNE) → Sydney (SYD).