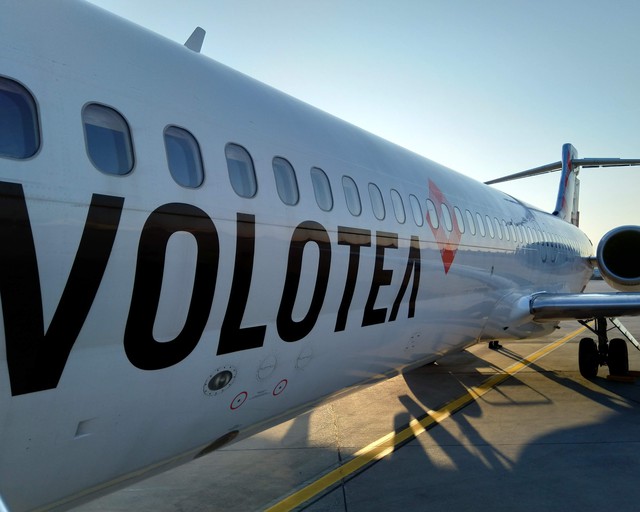 #5 out of 12 Low-cost airlines A minimum of 10 flight-reports within the past two years is required to appear in the rankings. 161 reviews

Volotea are a low-cost European airline that mainly connects Spain, Italy and Greece with a number of destinations in and around Europe. Known for their holiday sales and 1€ children's tickets, a number of people have flown with them for quick holiday getaways at very low prices.

Volotea is also the sole operator of the Boeing 717 series aircraft in Europe, but not for much longer. Last year they had announced that they plan to replace all of their Boeing aircraft with Airbus A319s instead, making this year the final chance to fly the older and rare jets! As soon as this was announced, I got to work looking for a cheap flight that covered a fair distance while also allowing me to get from London cheaply and timely too.

I have been through Venice Marco Polo numerous times. The airport terminal is stunning from the inside with the wall water features in the arrivals terminal to the lattice roof on the upper floor before security. Once in the departure lounge, there are three floors to explore with plenty of shops to browse and large windows facing the runway, perfect for a bit of spotting!

The terminal was also very clean with the toilets pleasant to use. Several airports I have been to, visiting toilets can leave a lot to be desired. Here the experience was certainly a lot cleaner! I headed for the third floor where I found a seat next to the gallery balcony and waited for my gate to be called in an hour's time. The WiFi connection in the terminal is perfectly alright for searching as well as watching a couple of videos on YouTube.

As soon as my gate was called, I headed down to the ground floor where the queue had formed for boarding. The walk was not too difficult with escalators taking you from floor to floor and most gates are dotted around the departure hall. I scanned my boarding pass, entered the bus and it took us to our aircraft. The driver did in the end only open the centre doors which led to an argument between passengers and ground crew about how they were not able to rush onboard the aircraft, but things quietened down quickly. 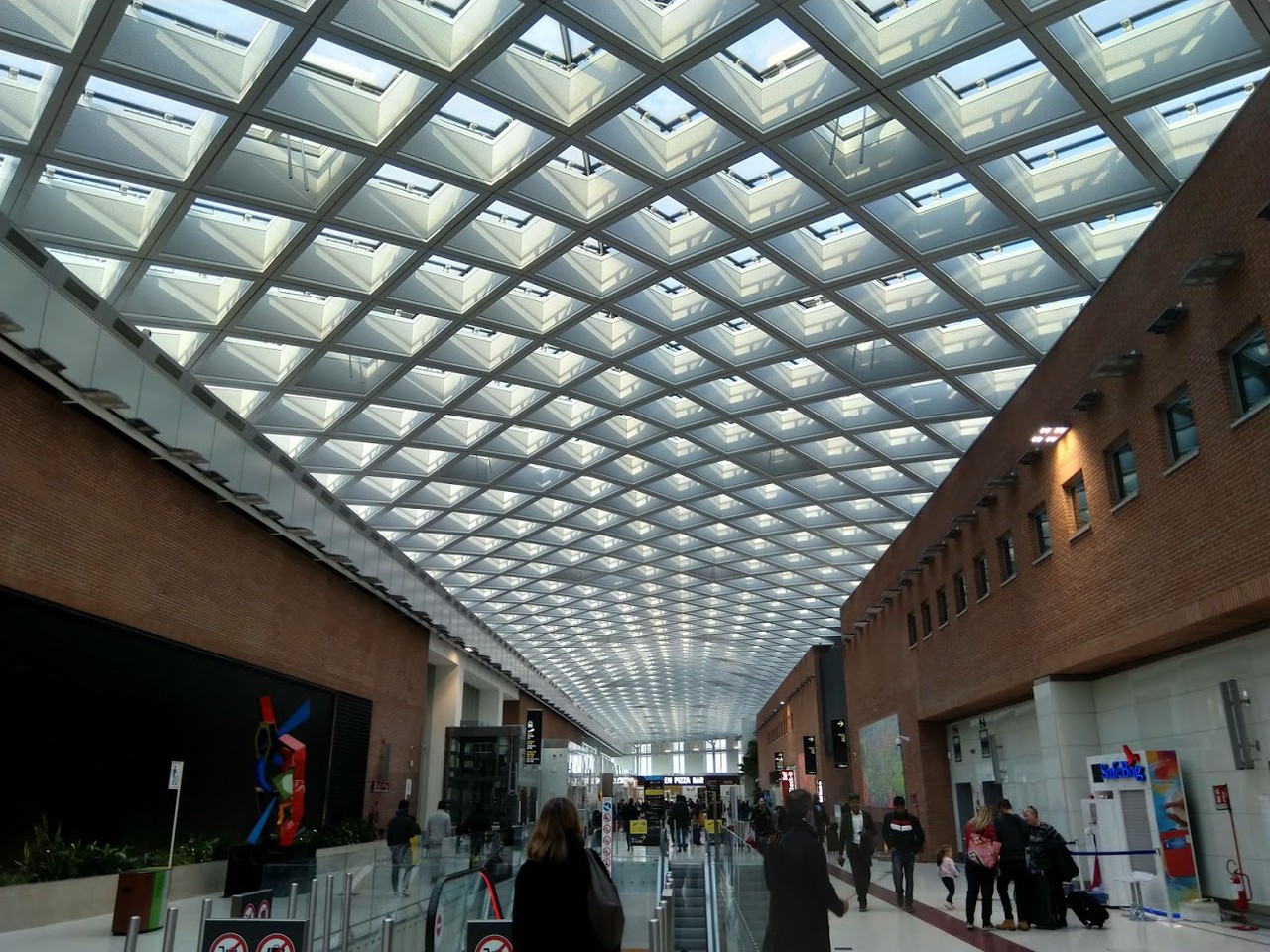 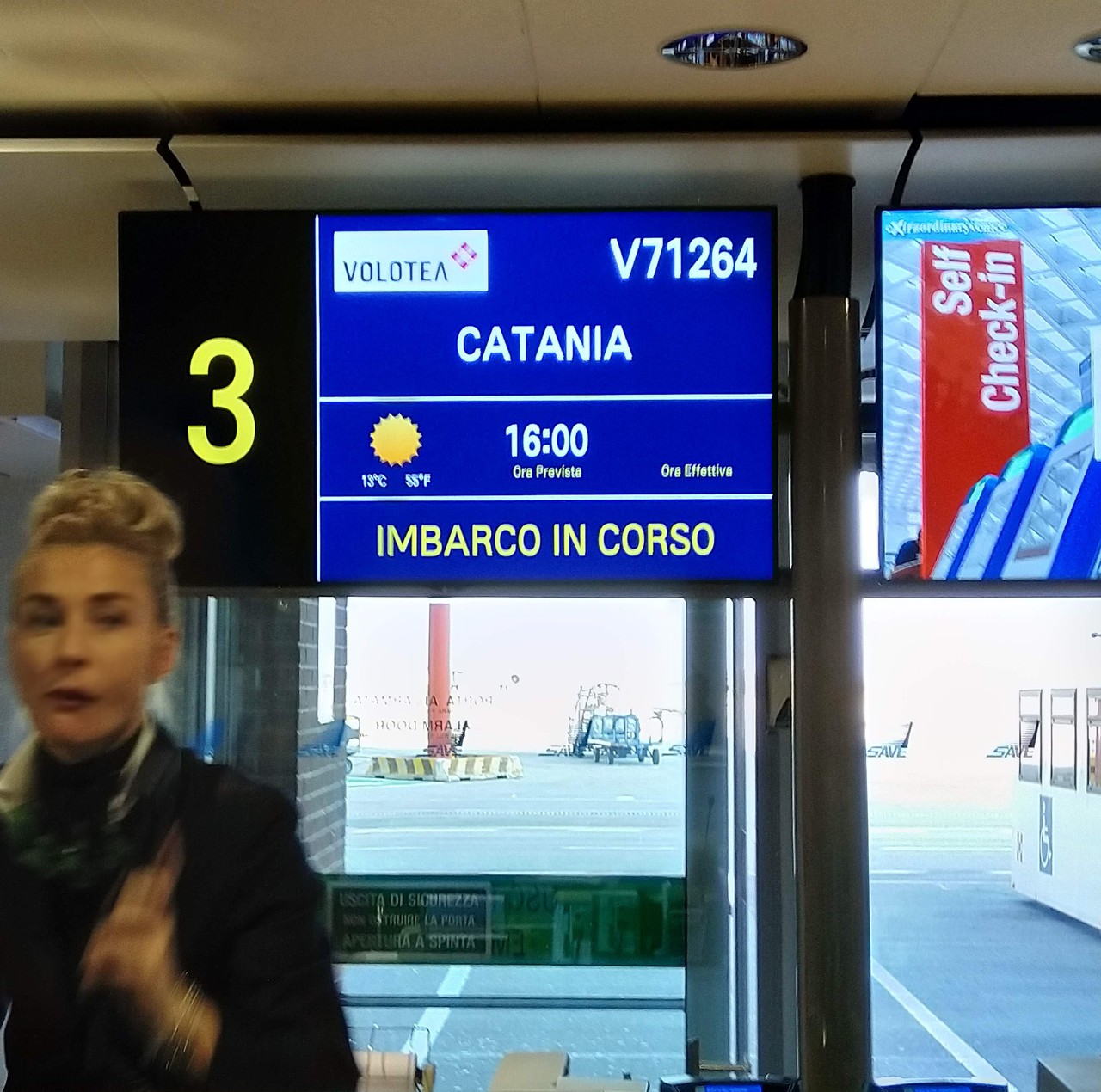 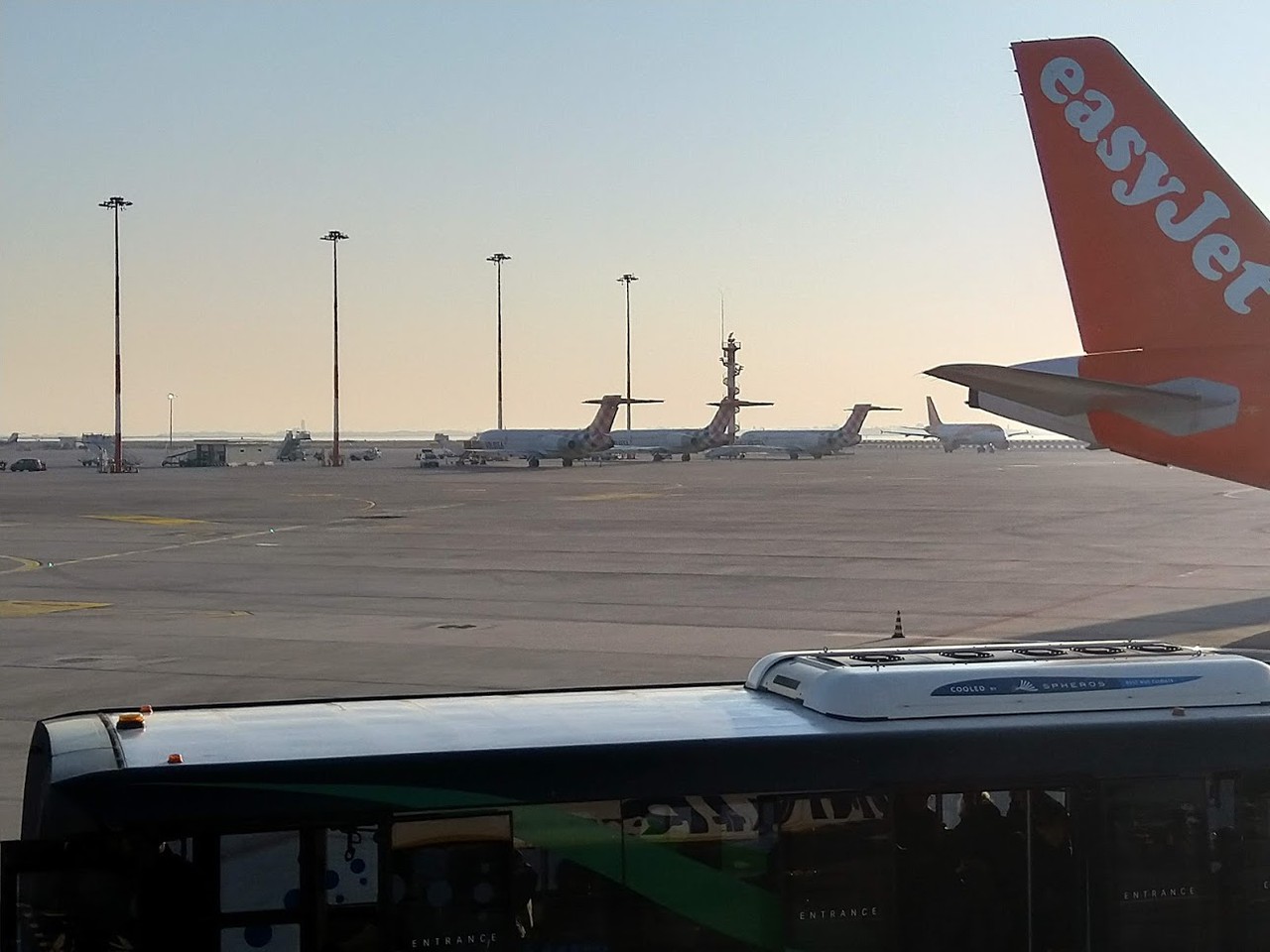 As mentioned above, Volotea is known for being the sole operator of the Boeing 717 in Europe. Blue1 used to operate a number of them out of Finland, but after a poorly managed deal with Scandinavian Air Services seeing them sell their entire fleet with the promise of Embraers that never arrived, they quickly went bankrupt in 2016.

The Boeing 717 is essentially the lovechild between Boeing and McDonnell Douglas after the two companies merged in 1997. With the at-the-time MD-95 built and ready to fly, Boeing re-branded it as the 717 to fill the short-haul market as the 'short-ranged full-sized' aircraft. Produced between 1998 and 2006, 156 aircraft were built with only three having been scrapped at the time of writing this report. This is however likely to change with newer, more efficient aircraft available with similar capacity.

The aircraft I flew in particular started out life with Midwest Airlines before being sold to Click Mexicana in 2010. After they went bankrupt six months later, MSN 55191 sat in storage for three years before being picked up by Volotea in 2013 where it continues to fly.

Having never flown a rear-mounted engine aircraft before, I knew that this flight would certainly feel a little different to what I had normally experience. This certainly led to an extra bit of excitement for myself as I knew this would also be one of the few opportunities to fly such an aircraft, if not my only! 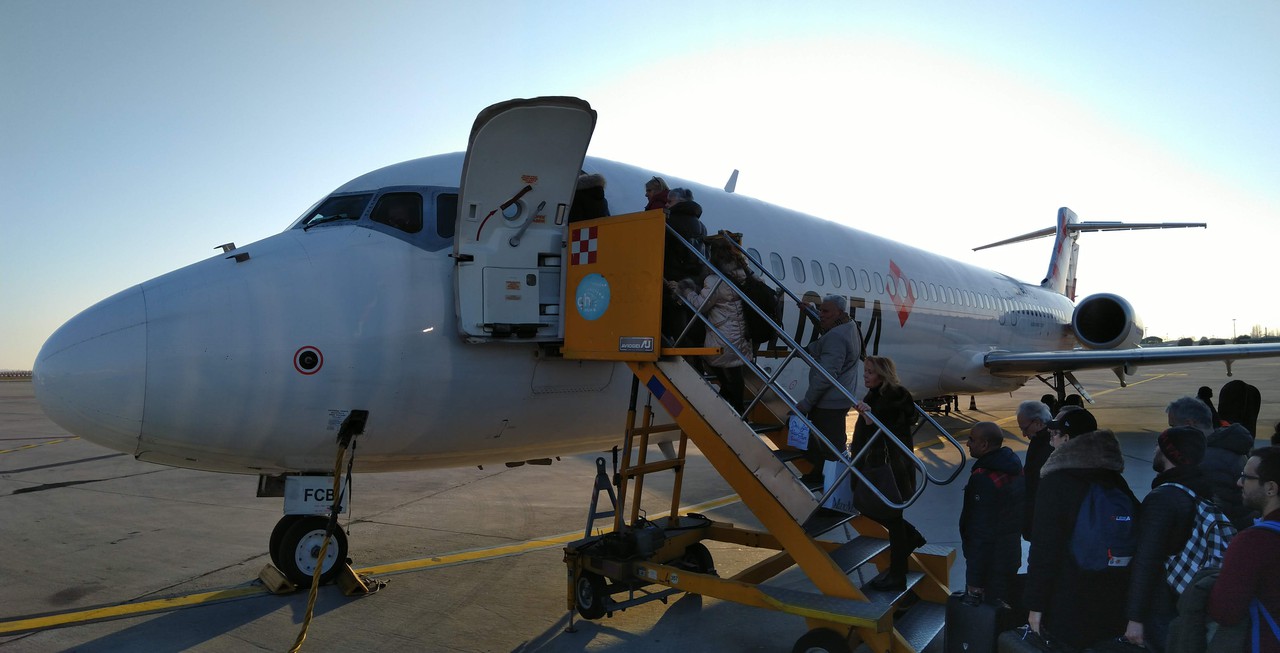 As I walked up the stairway into the aircraft I was greeted by the senior cabin crew who checked my boarding pass. With a small queue waiting to proceed, I was stopped outside the cockpit door so got a chance to peer in. The 717 has a clean layout with all older DC-9 gauges replaced with glass cockpit displays.

Boarding was quick and we were very soon on our way.

As our aircraft entered the runway via a high-speed exit point, our pilots used this as an opportunity to spool up the engines and have the aircraft at speed before we were even aligned! Possibly as a result of an immediate departure before landing traffic? Who knows. Regardless, this was certainly a new way to enter a runway!

The 717 is also known as the Pocket Rocket for a reason! After liftoff our aircraft certainly pitched to a high degree, certainly higher than those of other aircraft with wing-mounted engines. I sat on seat 20A on the left-hand side of the aircraft (the 717 has a 2-3 seating arrangement) and just in front of the engine. I chose this seat in particular as I certainly wanted to catch a glimpse of the powerplant as we were in cruise.

Our flight cruised at 35,000ft as the sun started to set over the Italian mainland. This gave the skies a rather pinkish glow with added to the relaxed mood in the cabin, a Sunday evening flight as people returned home in preparation for work in the morning.

In terms of in-flight entertainment, we had the Volotea magazine which was not much more than a menu of onboard meals. This meant that we didn't have too much on-hand other than the safety card printed to the seat in front of us. The newer A319 aircraft in their fleet does have some form of online connectivity according to their website, but this too is fairly limited.

I must also dedicate a short paragraph to the lady that sat next to me during the flight, and more importantly her dog! I've never sat next to a companion pet before, making this a nice, albeit unexpected addition to this trip!

My flight in total was €21.17, including seat selection, which I think is a very fair price for any short-haul flight within Europe! 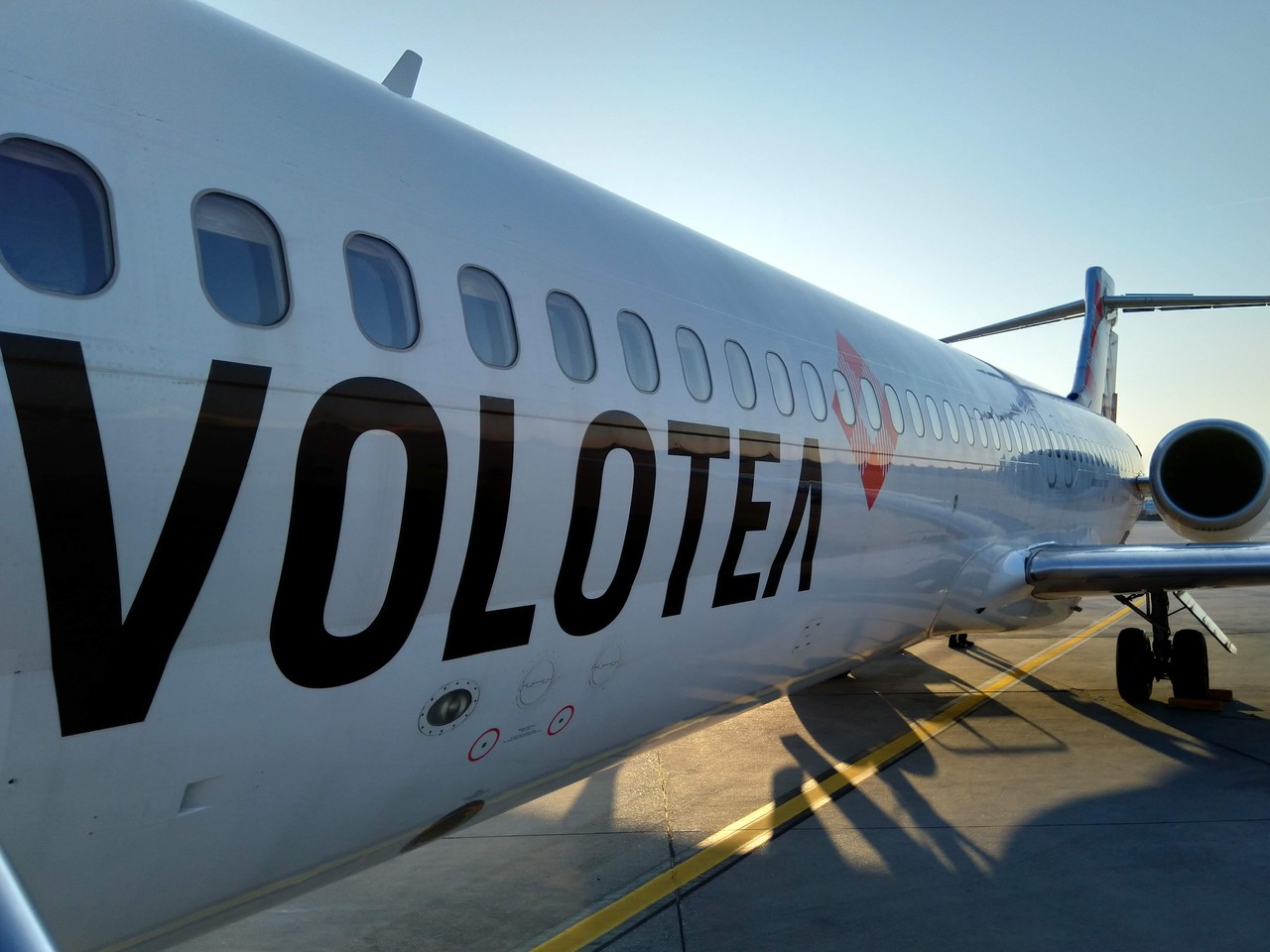 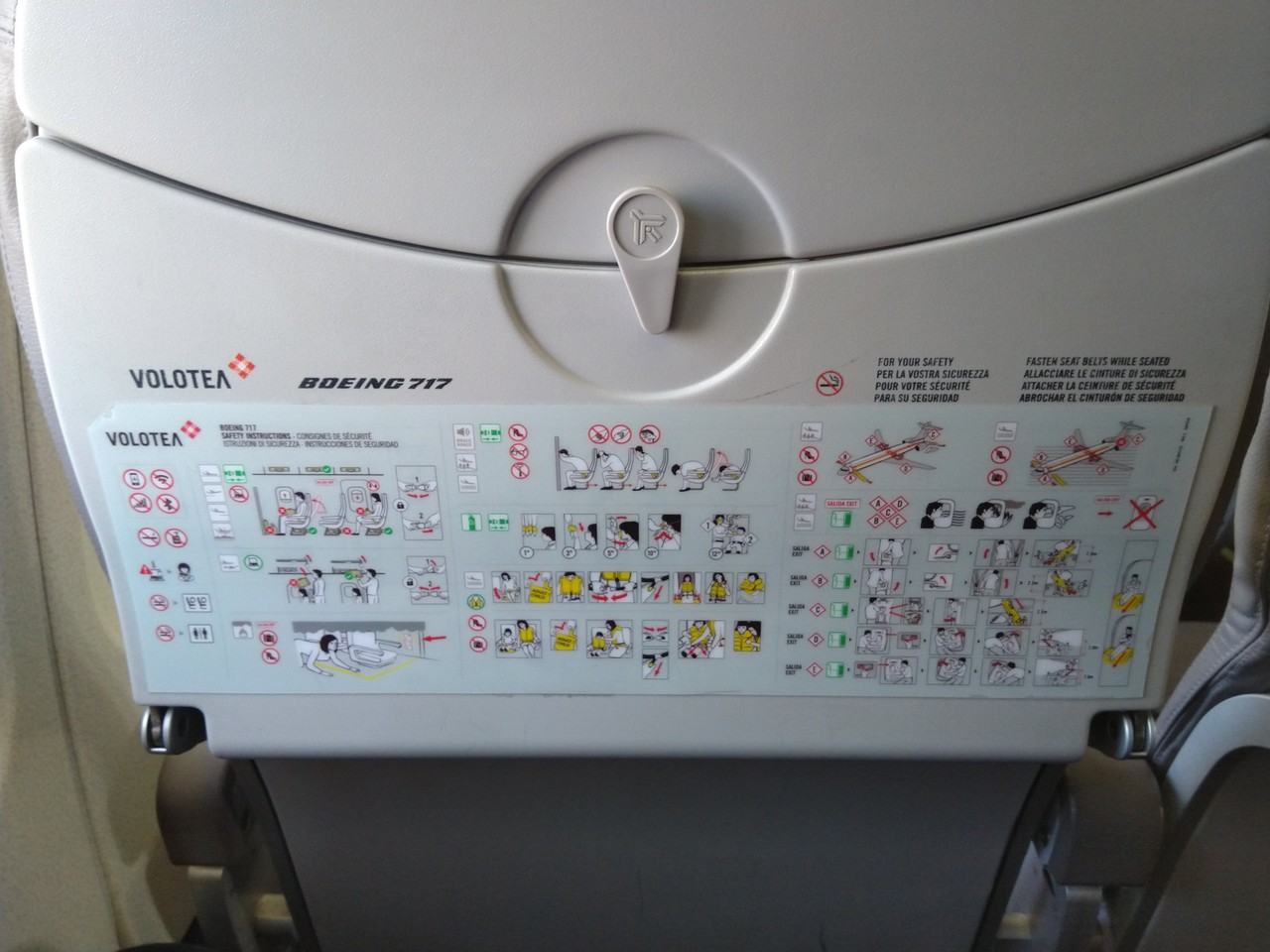 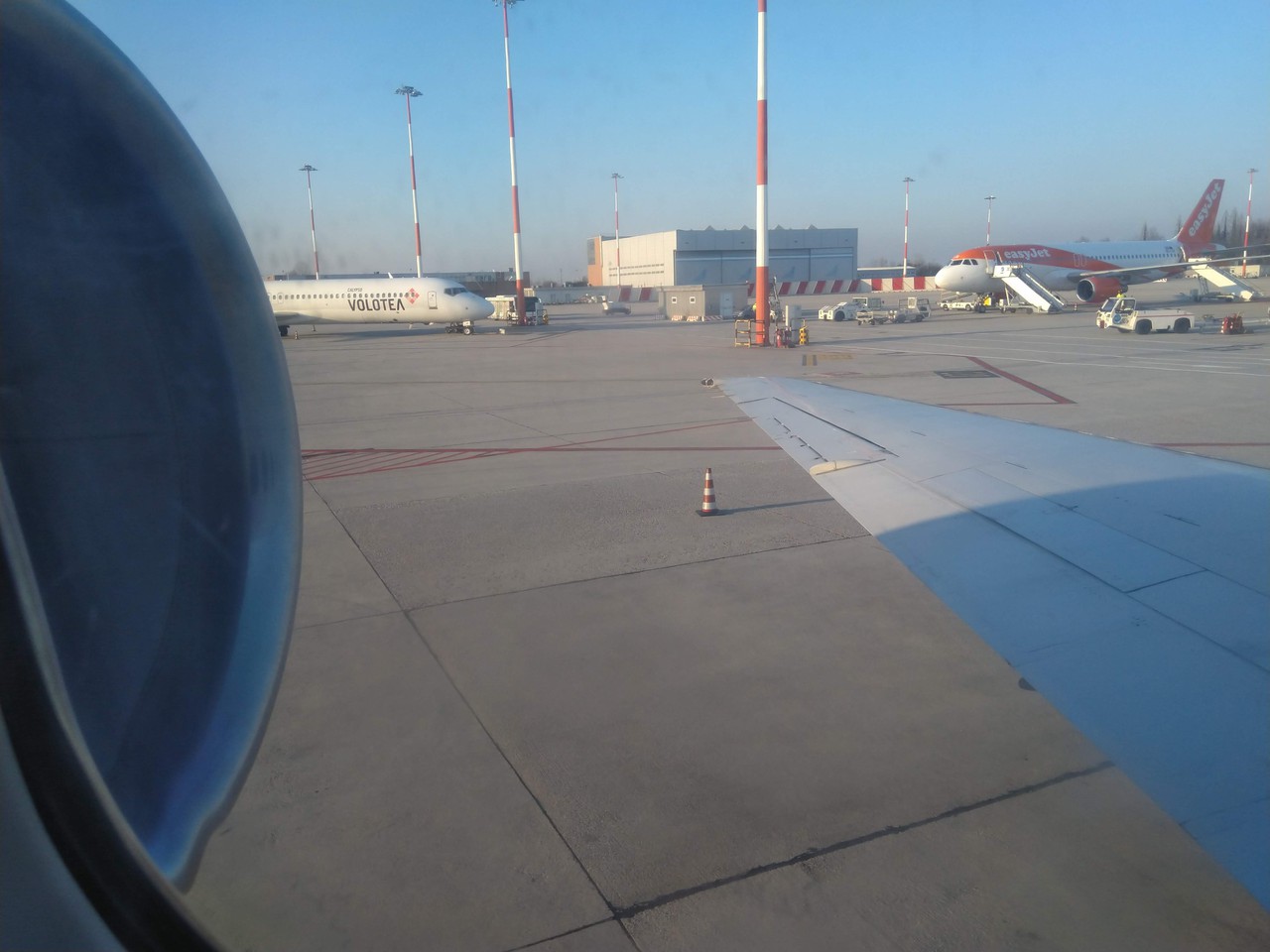 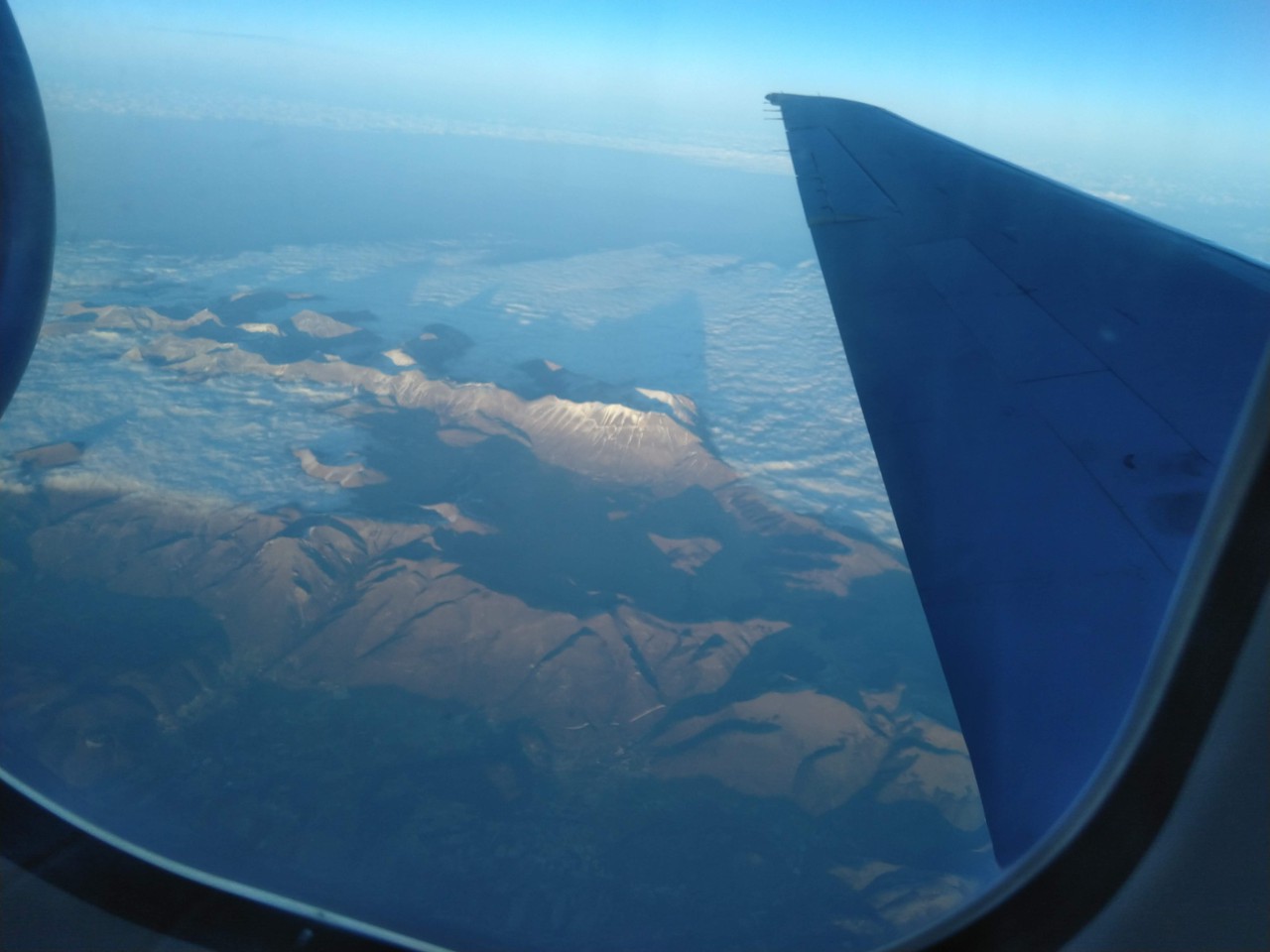 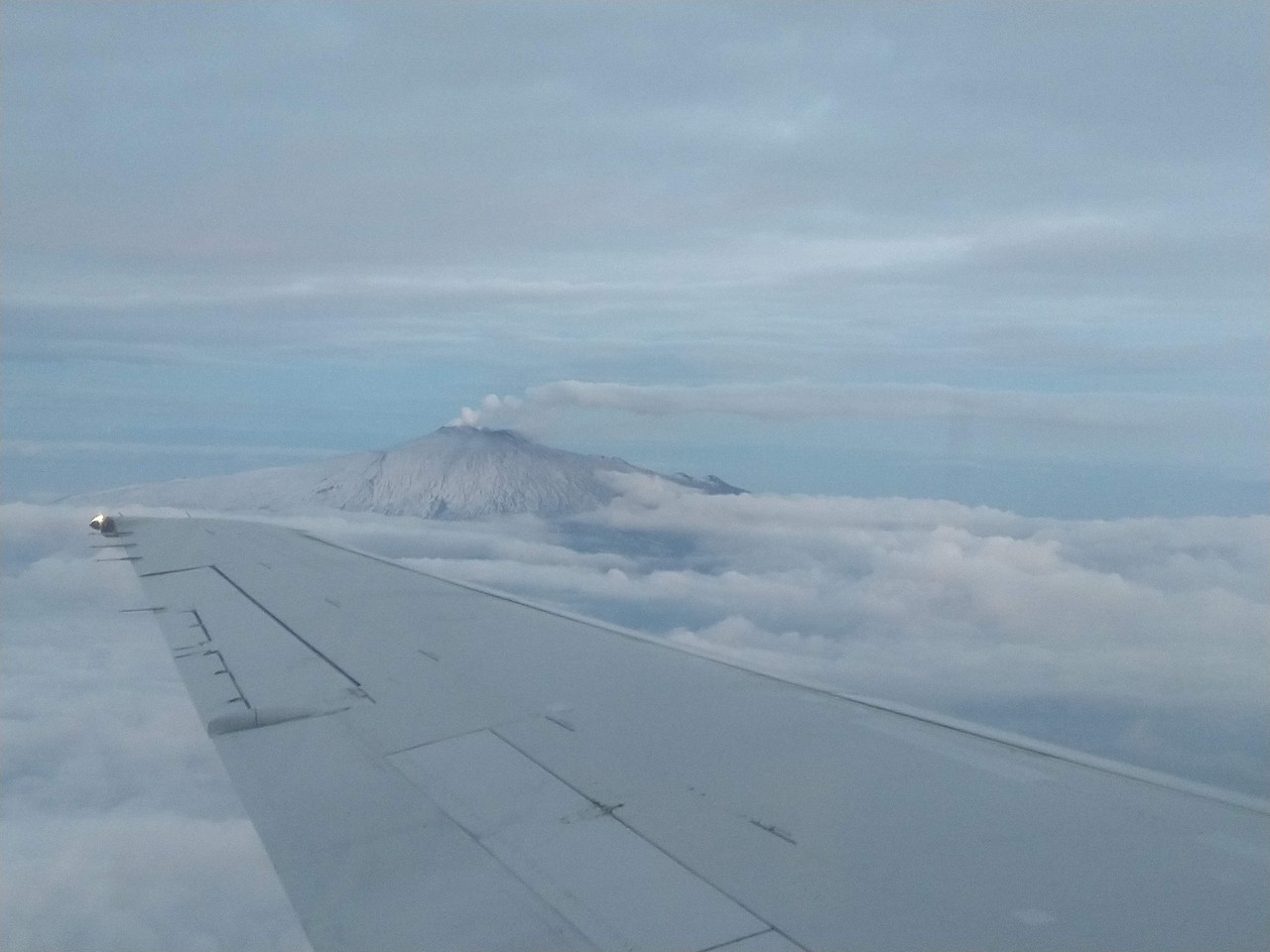 I deboarded the aircraft and made my way to the bus. I was warned by a ground crew member that I was not allowed to record for security purposes, so I happily obliged and turned off the camera. The bus trip did not take too long and we were soon in the Schengen arrivals hall. Here it was a quick walk past a number of luggage carousels and out of the terminal itself.

Catania is a small airport, but certainly well-equiped. You had your standard selection of shops and restaurants available, but not too many benches to sit on while you wait. This I feel was a little lacking, somewhere to sit and rest after your flight and while you wait for your onward connection would be nice. 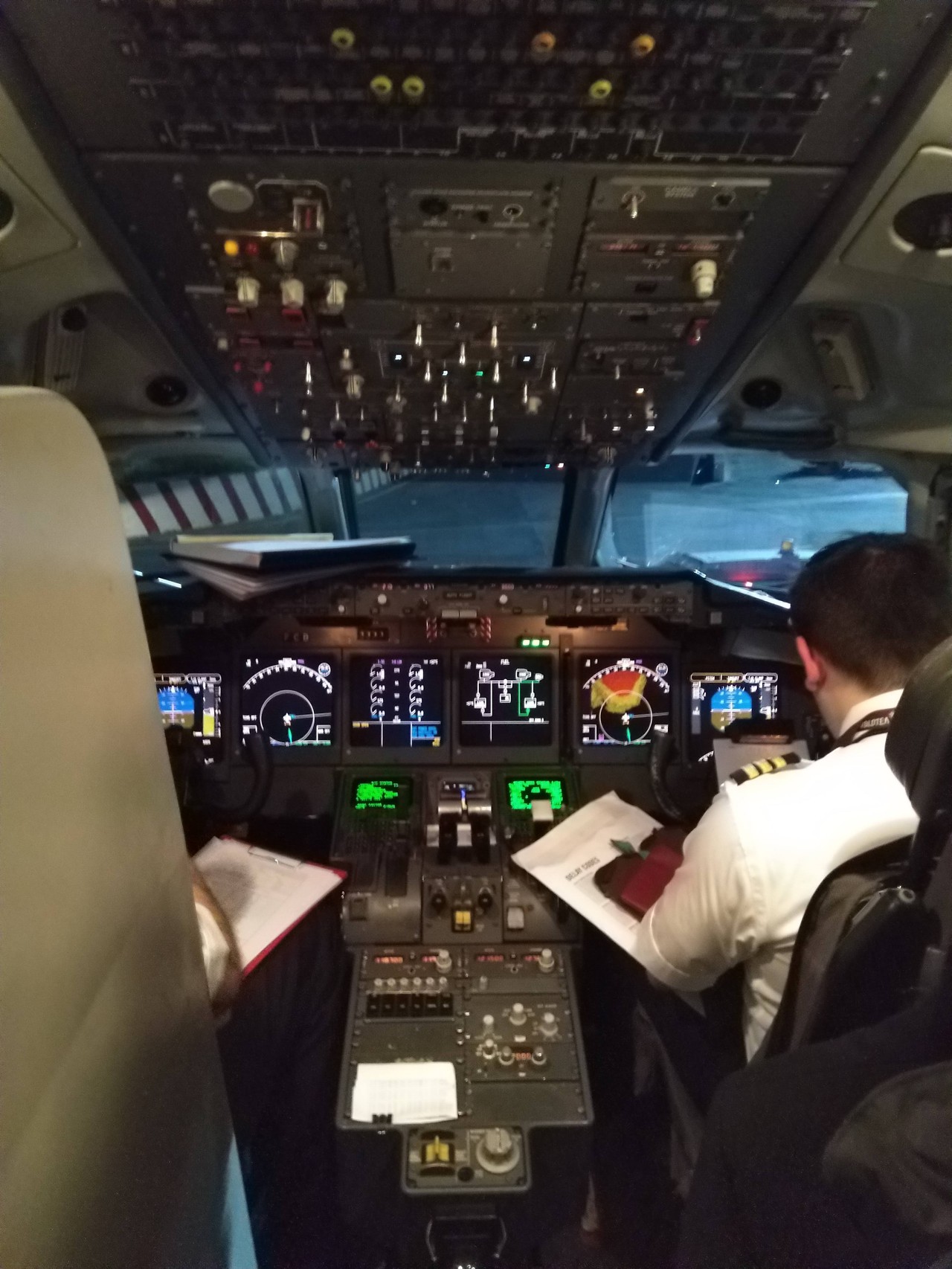 Volotea is a perfectly alright airline to fly with! The flight was not too long and for only 20€ you don't expect the world. I can also say I'm one of the few people to have flown the Boeing 717 which is certainly a treat! It's a very different plane to experience, something I recomend you do before they disappear for good!

He wrote 3 reviews about 3 airlines and 6 airports.