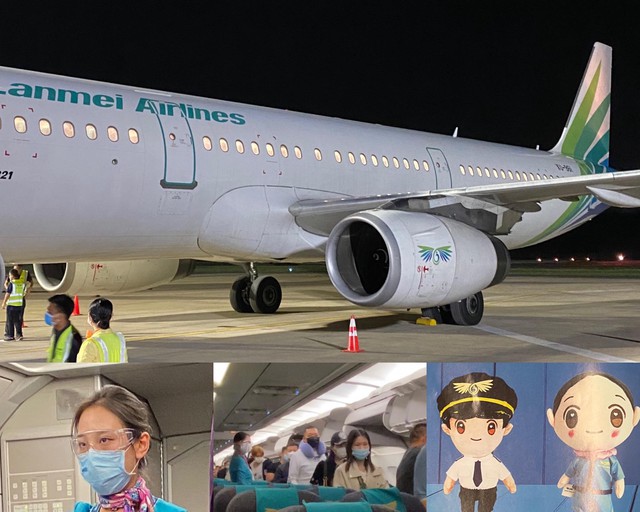 It is a Low cost airline, founded in 2016 and based at Phnom Penh Airport. Currently has 6 airplanes: 1 A319 (with 14y old from BMI and BA), 3 A320 (the oldest with 14y old from Air Arabia, other with 11,3 previously operated by Jetstar and VivaAeroBus and the youngest with 10y an ex-Saudia Arabia Airlines) and 2 A321 (one with 17,6y old ex-Spirit and Monarch and the other with 19,9y old and previously operated by Royal Jordanian and Monarch).

The average fleet age is 13,2, operating routes to 25 destinations in 6.

Check my video with the full flight report:

Phnom Penh Airport Terminal has a common check-in and then it is split into Domestic and International Gates. It is located 10km west of the countries capital and has 1 runway. The Cambodian Airports are managed by the French company Vinci, and PHN had 5 millions passengers last year (an increase of 11,3% compared with 2018) and 56.018 movements (also an increase of 7,3%).

For this flight was no possible to check-in online because, according with the airline, the system was under maintenance. They had 3 check-in desks for this flight.

After check-in, I proceeded to the X-Ray screening.

This airport had no lounge in the domestic terminal, which was composed by one duty free store and one restaurant. 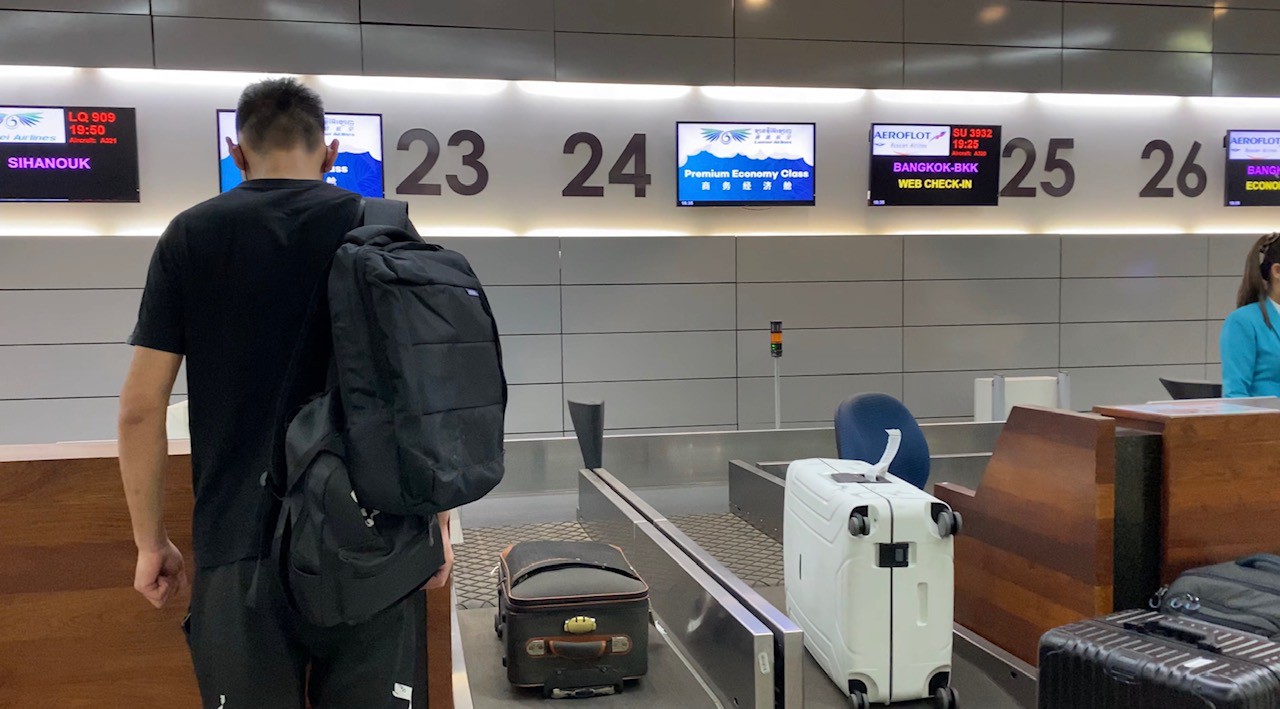 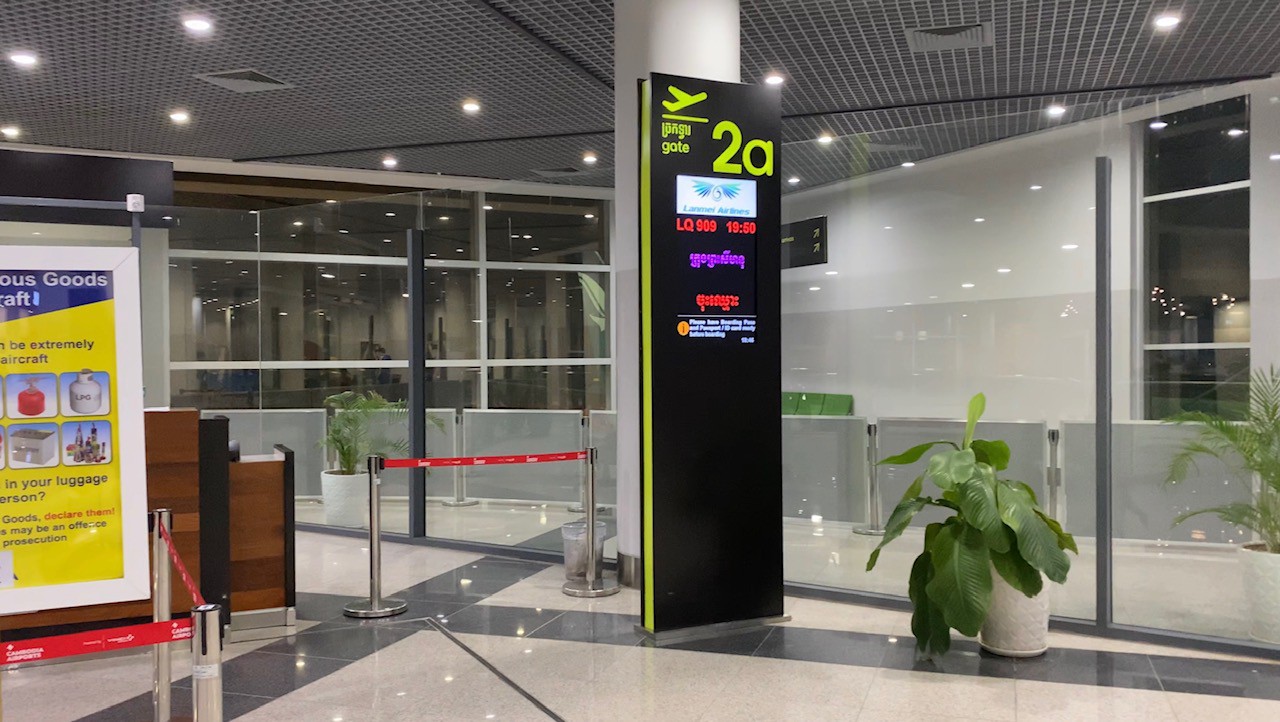 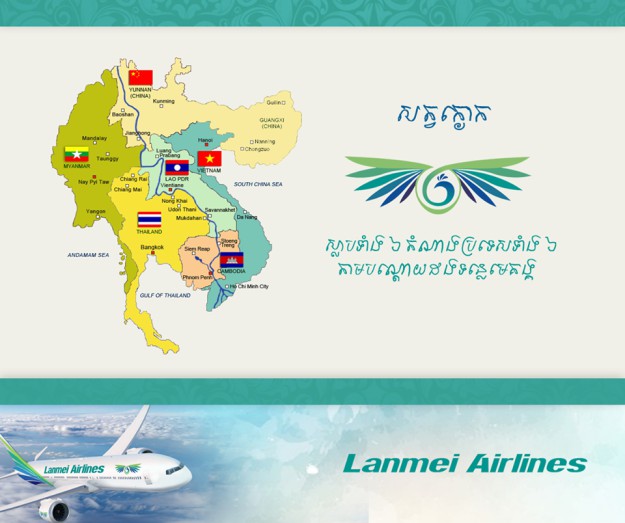 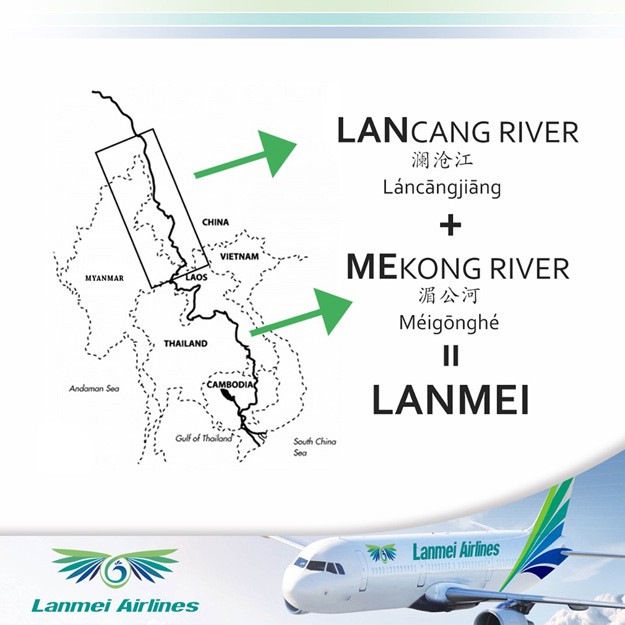 The boarding gate for this flight was the 2A.

This flight had started in Guangzhou Baiyun International Airport (IATA: CAN, ICAO: ZGGG), China and landed around 18h50 at Phnom Penh. Some passengers disembarked but the big majority remained onboard to continue their flight to Sihanoukville.

The boarding started at 19h15 and finished 10 minutes later because there weren’t many passengers for this short flight.

The cabin had 36 rows of economy class seats and as curiosity, the emergency signs were in English and Spanish.

Because this flight had started in China, a due to the Corona virus outbreak, the cabin crew were wearing masks, googles and gloves. 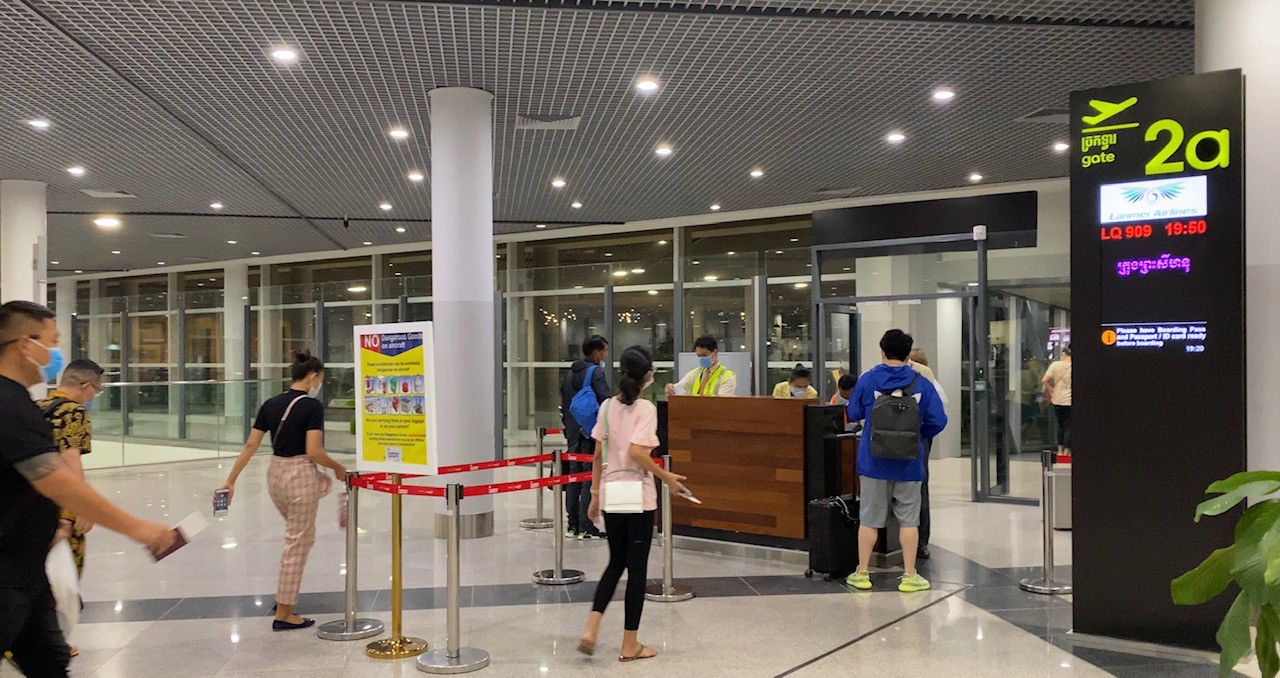 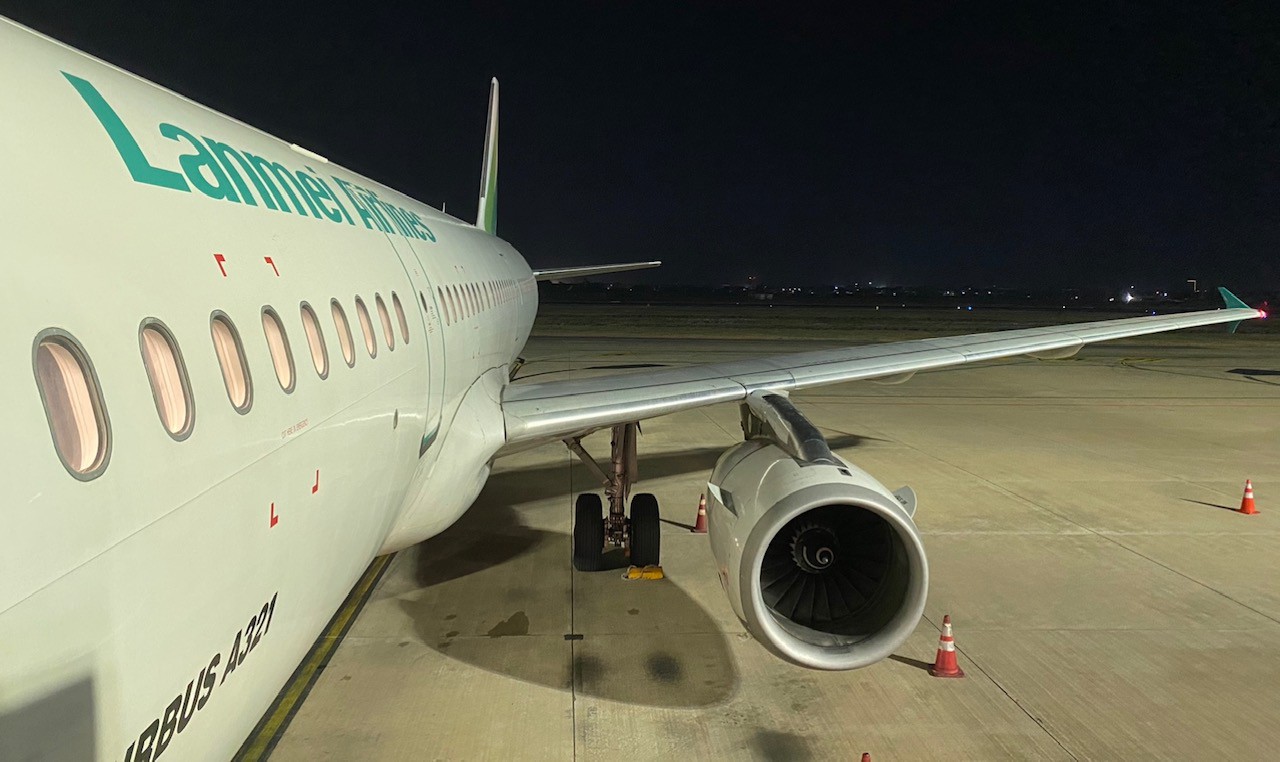 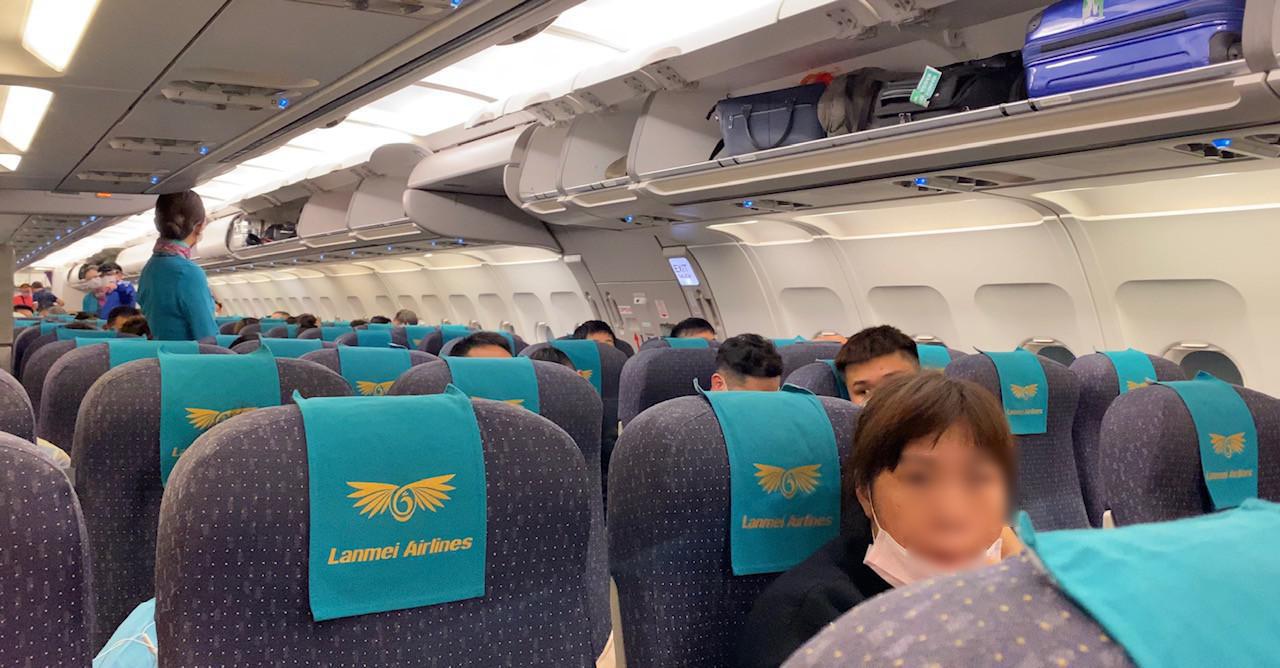 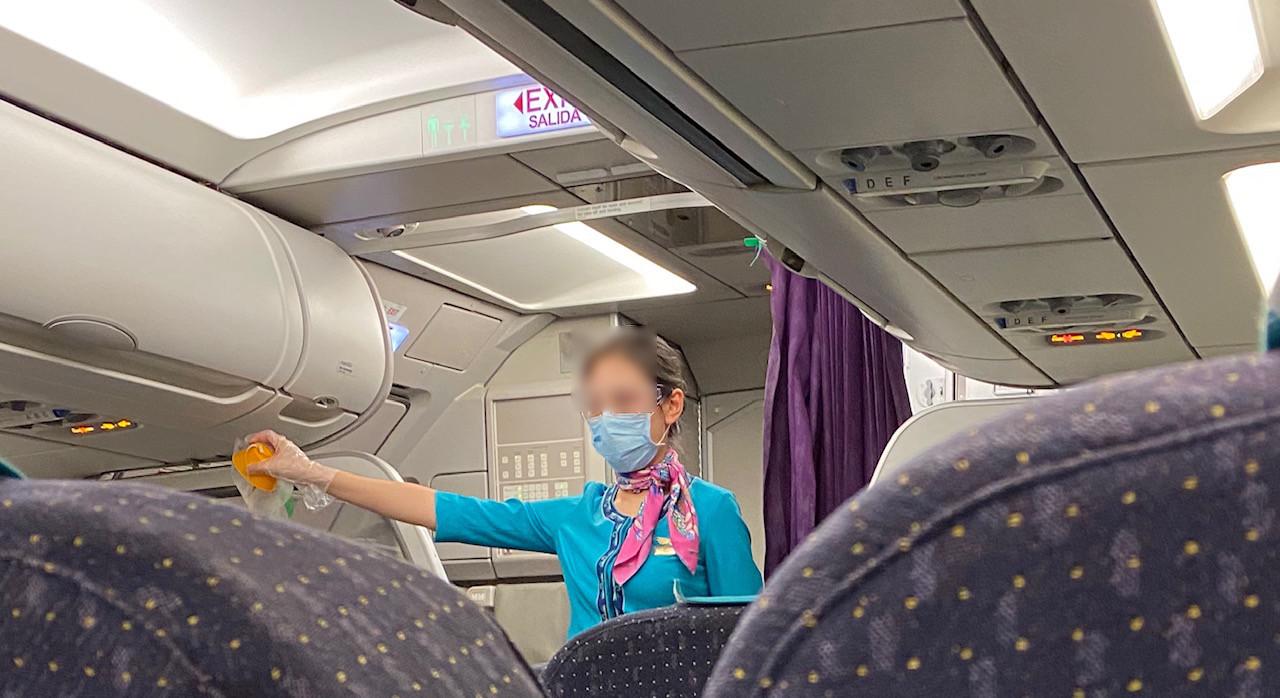 After take-off, the airplane flew south towards Sihanoukville.

No service was made because the flight was very short. The fasten seatbelts’ sight was off just for a couple of minutes.

The aircraft landed on Runway 21 at Sihanouk International Airport at 20h07, 23 minutes before scheduled arrived (at 20h30) and a flight time of 22 minutes, one of my shortest flight. 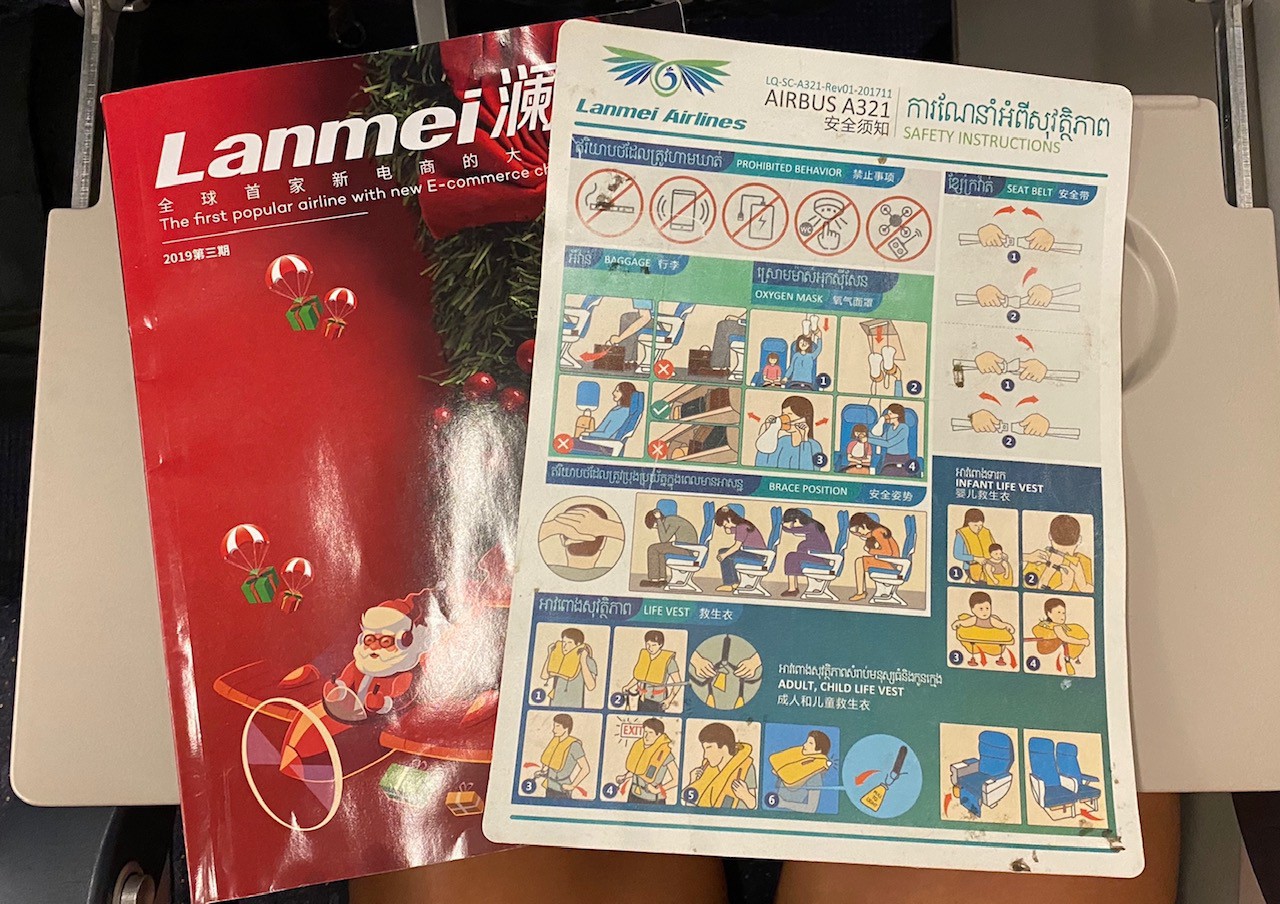 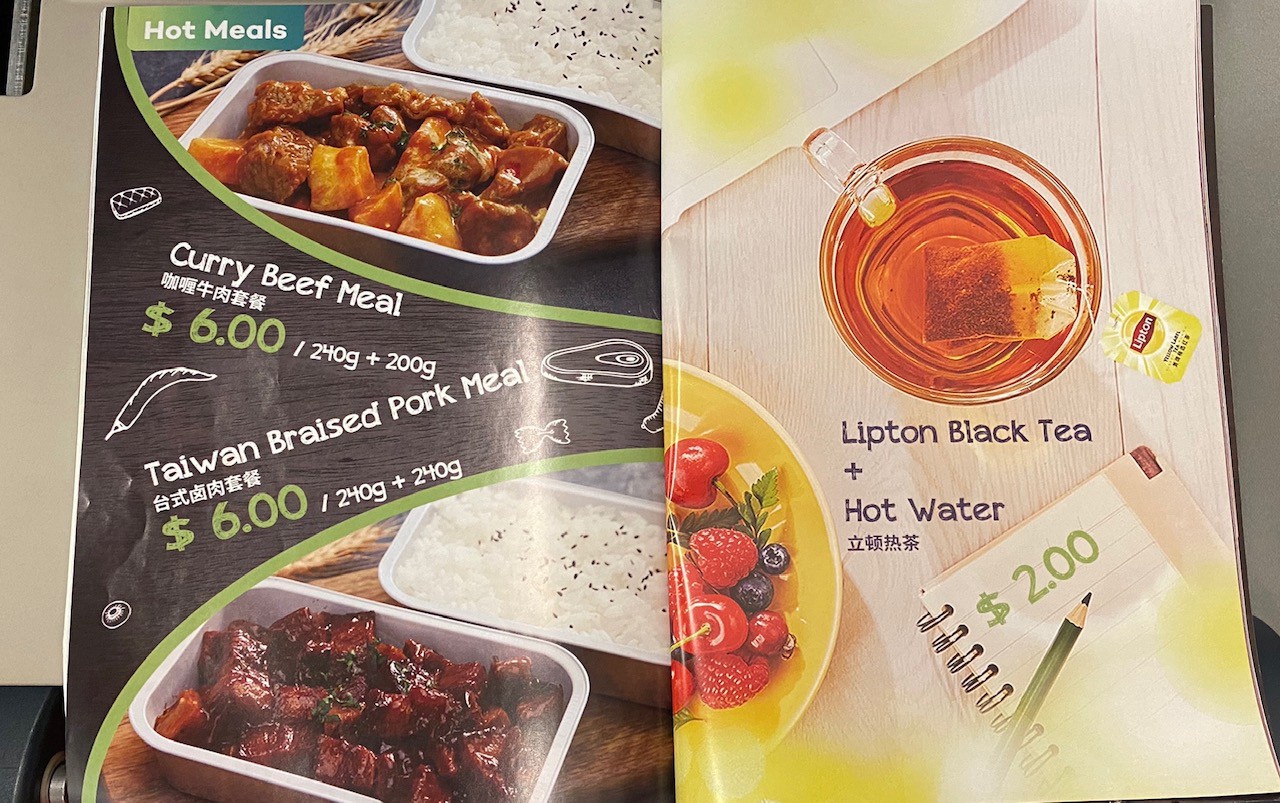 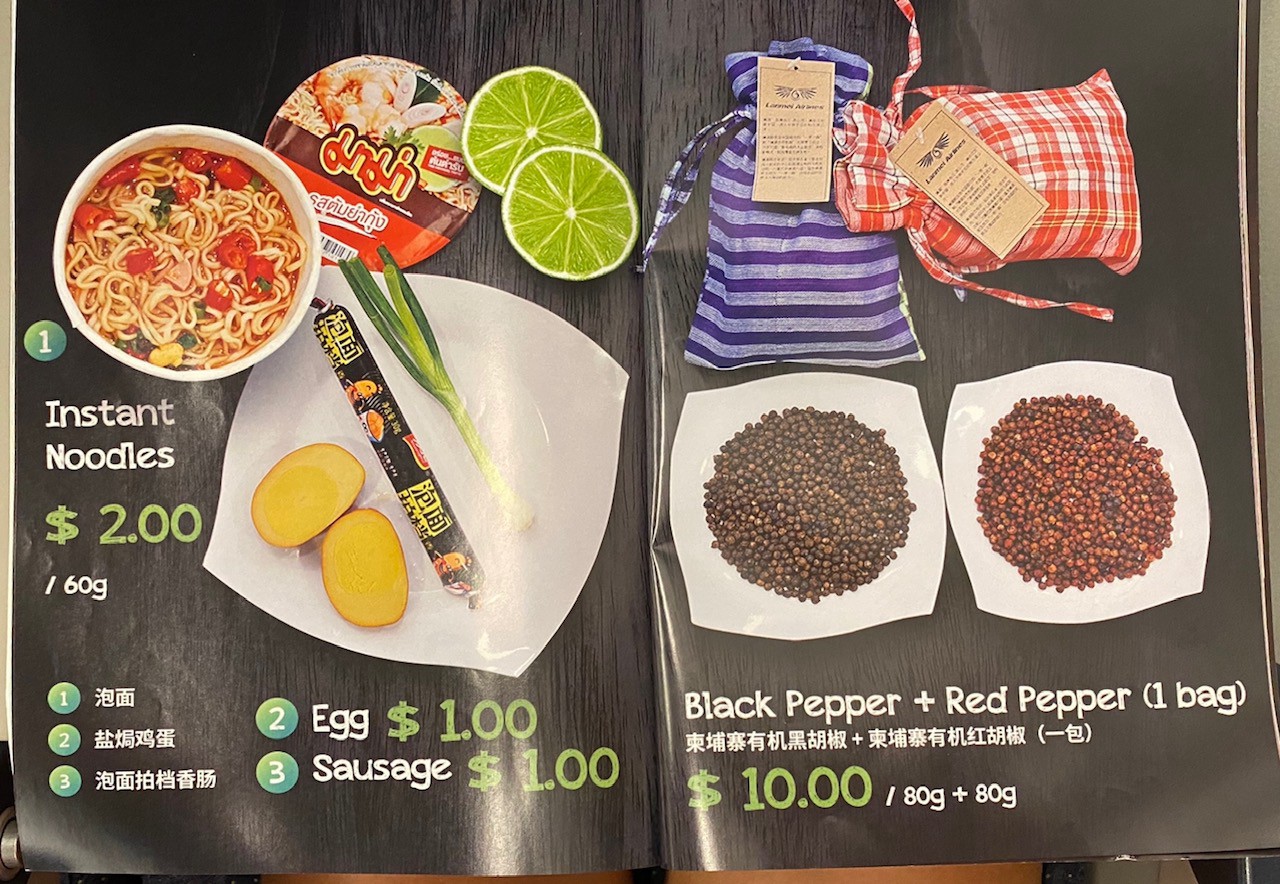 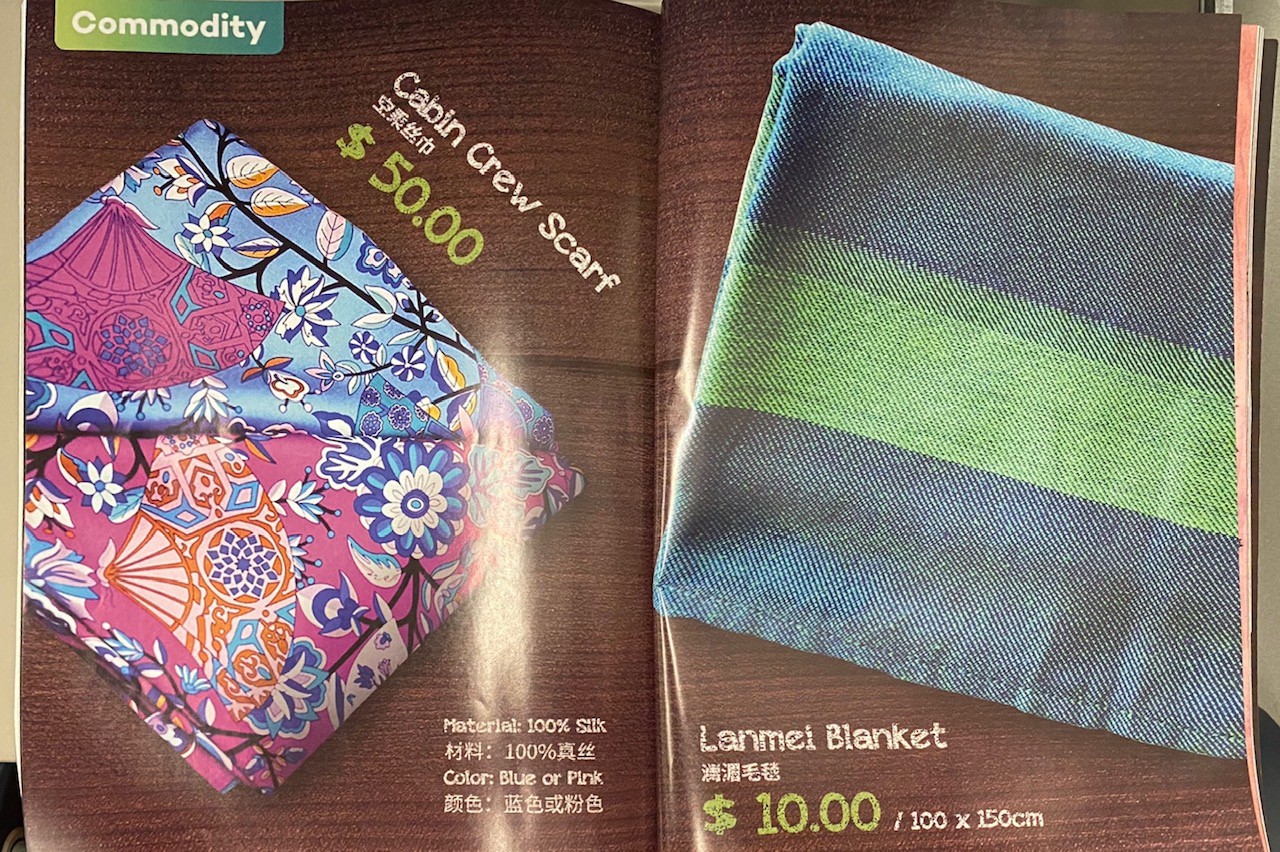 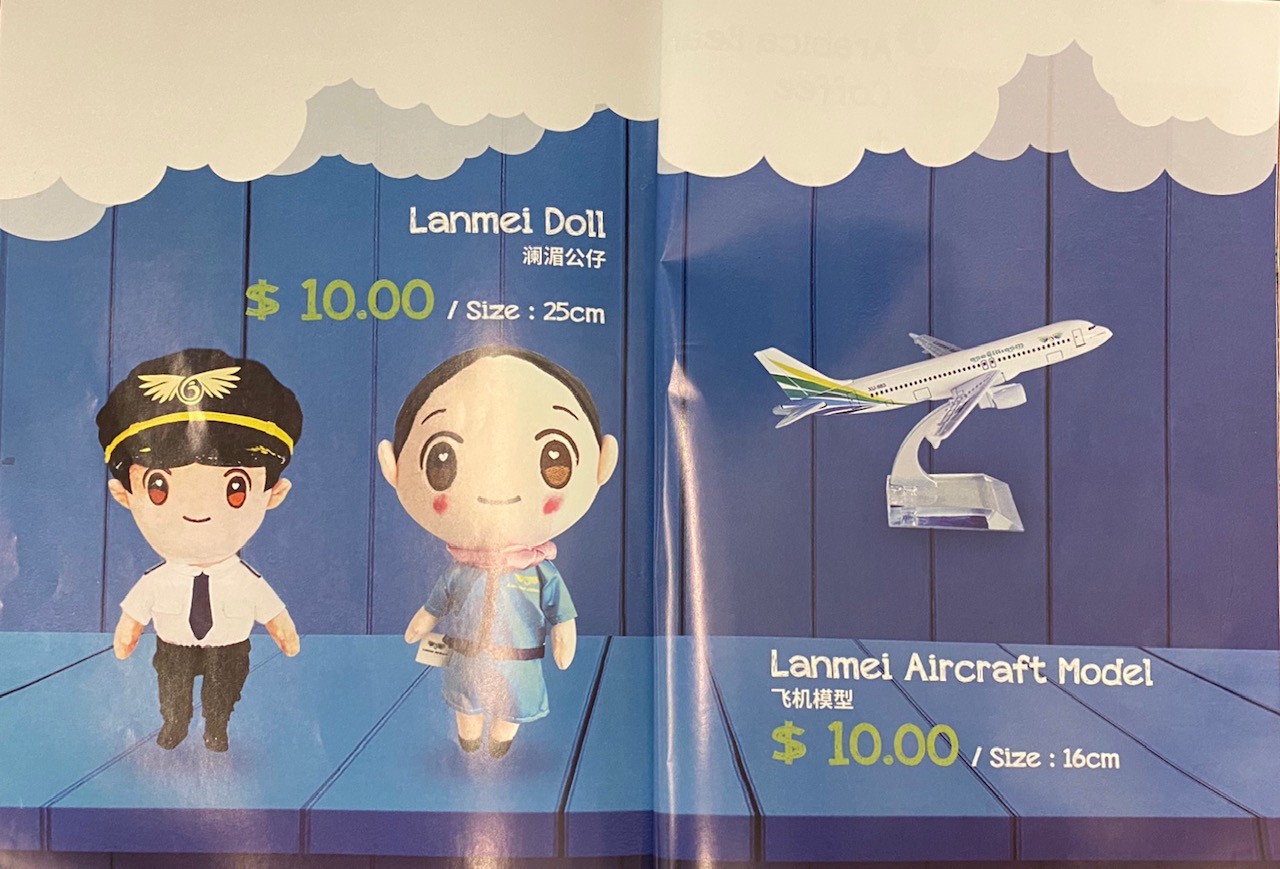 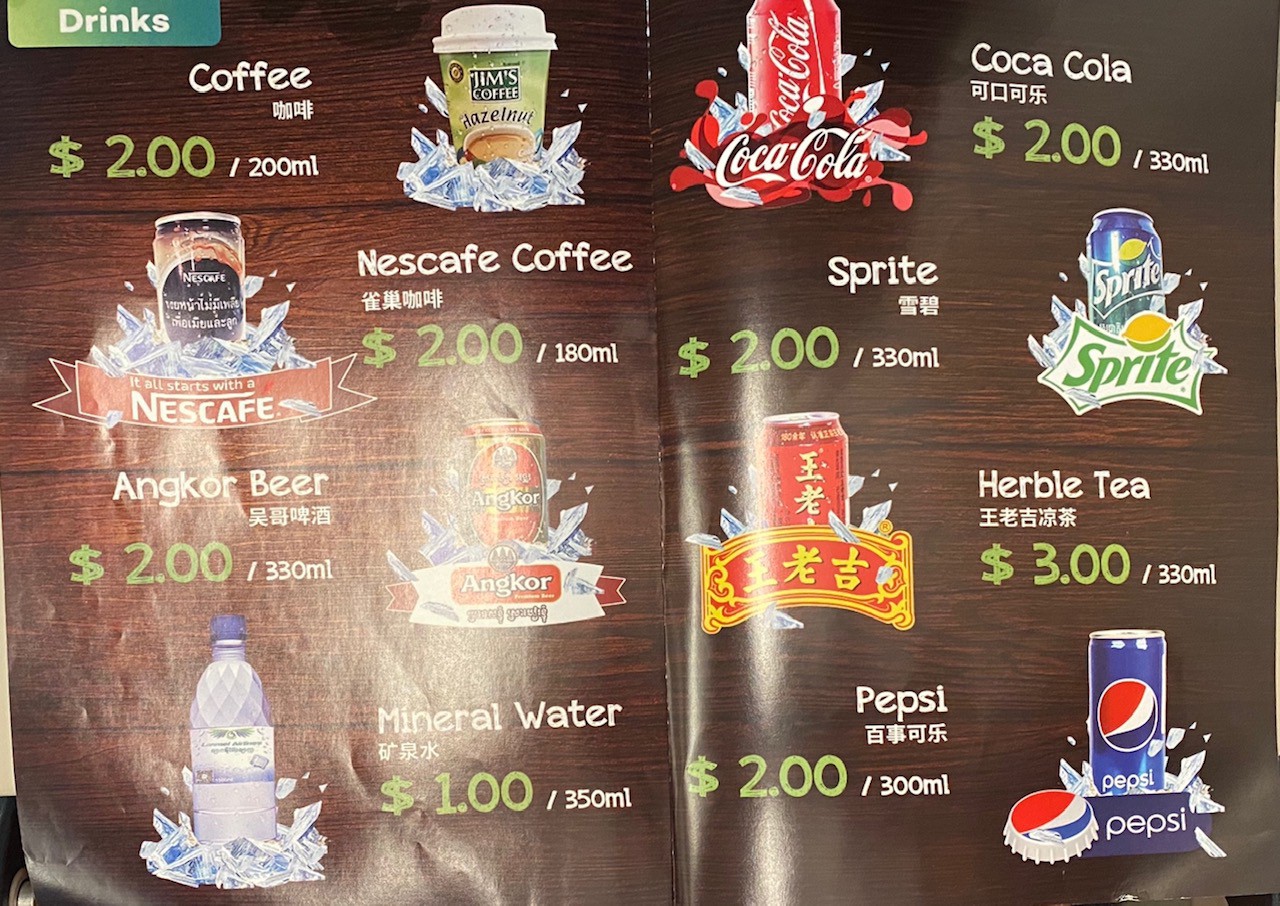 The small Sihanouk International Airport has 1 main terminal and 1 runway.

When we arrive at our stand, the crew asked for the passengers coming from China to leave the airplane first and only then the passengers from Phnom Penh.

The disembark was made by stairs and then I took the bus to the main terminal. Outside the terminal the officer were sorting out the passengers for international arrivals and passport control on the right and for domestic arrivals on the left and direct access to the luggage claim area. 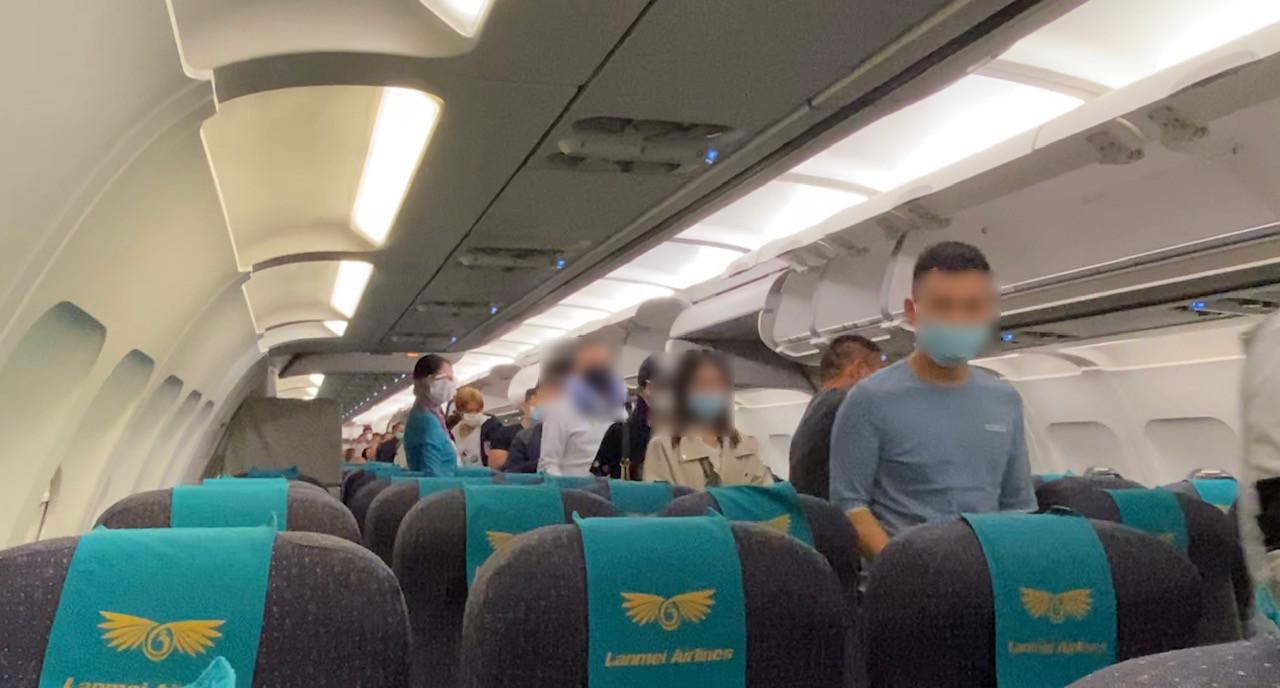 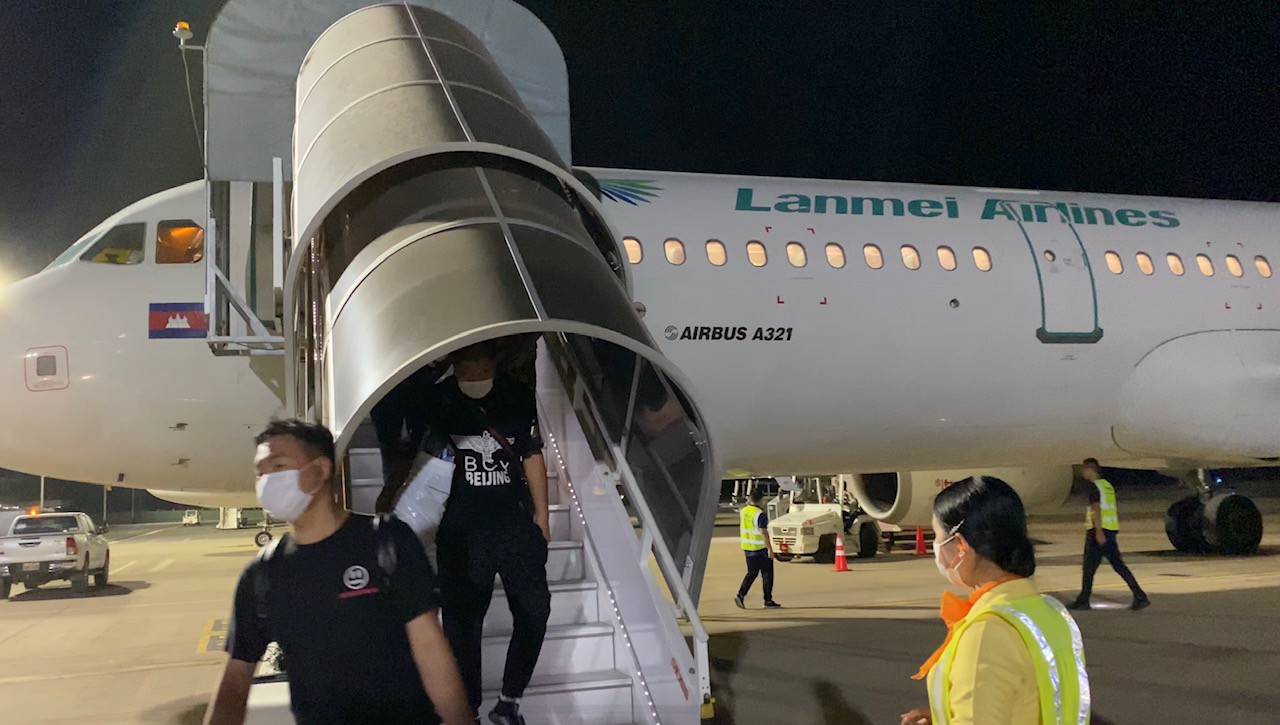 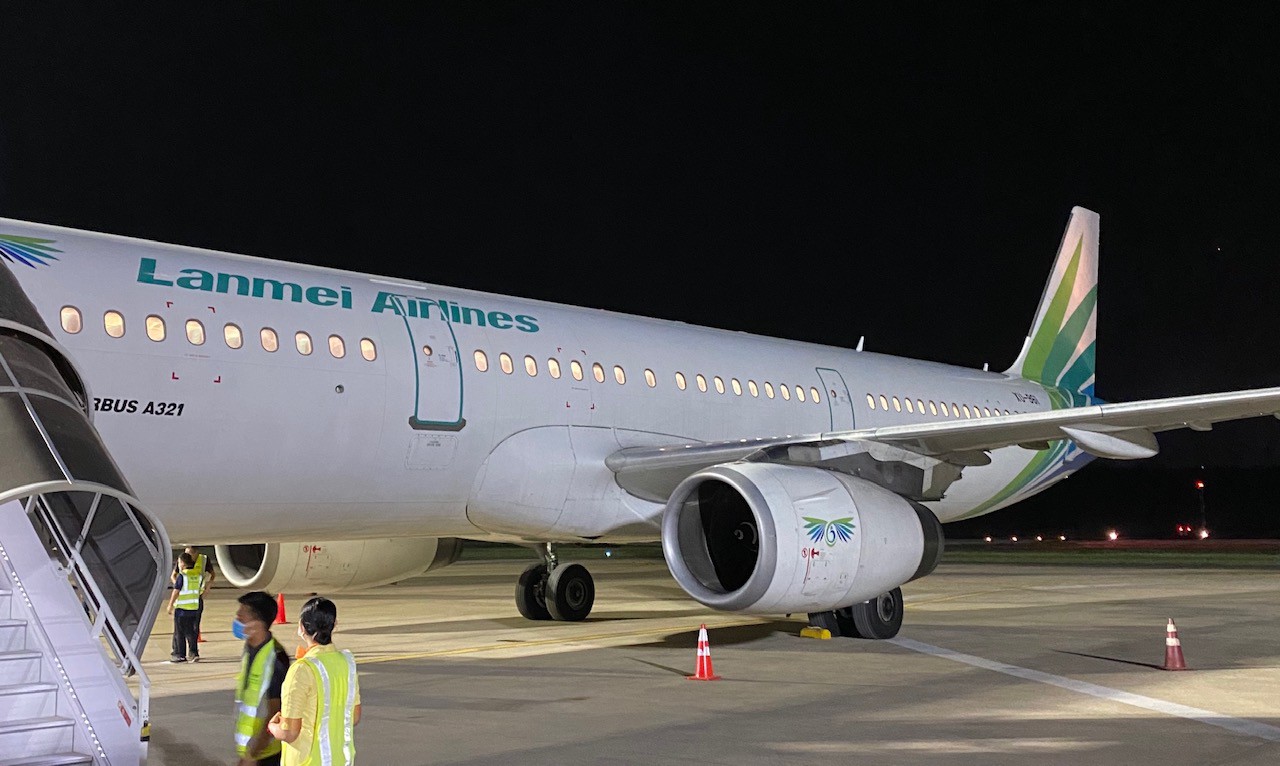 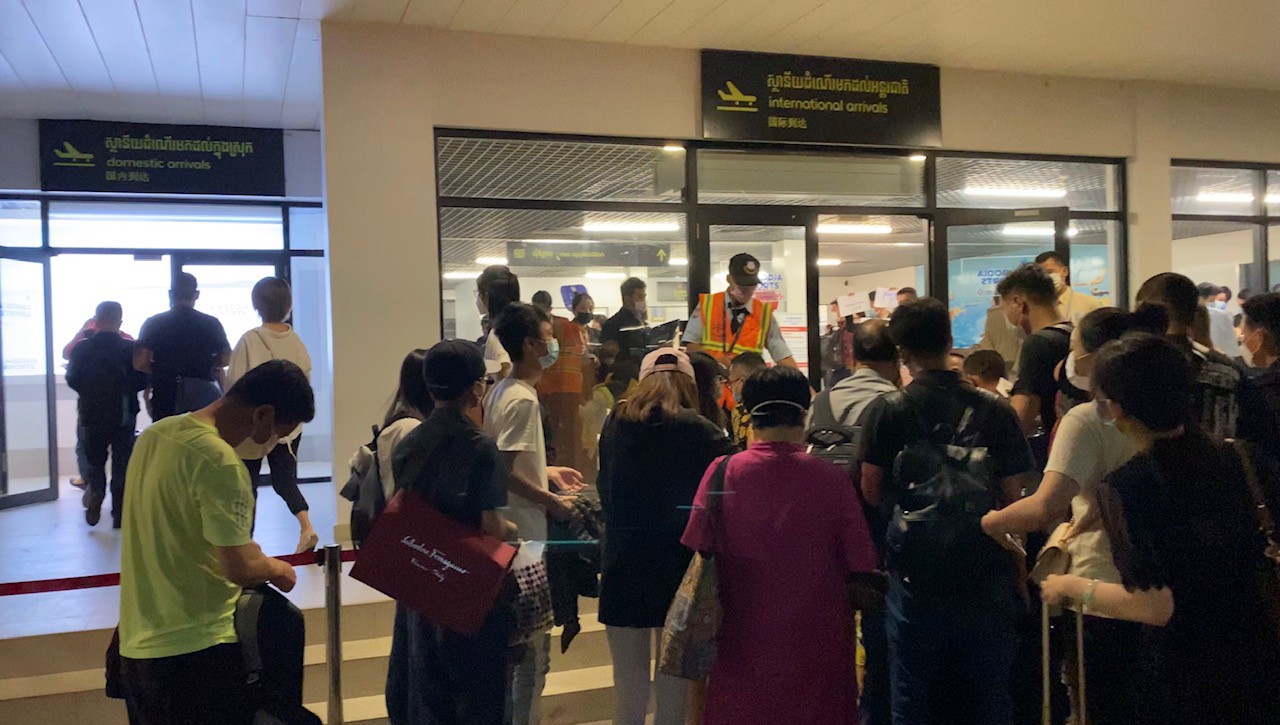 Thank you very much for browsing through my flight report, 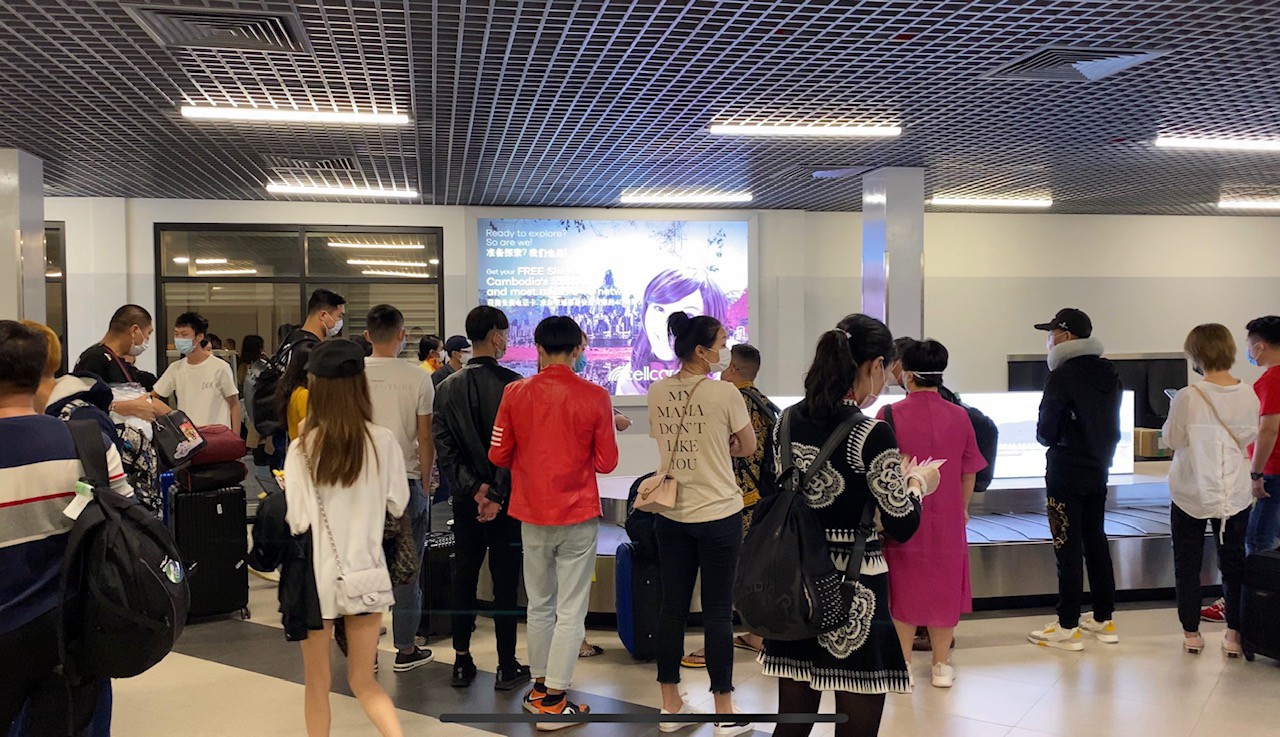 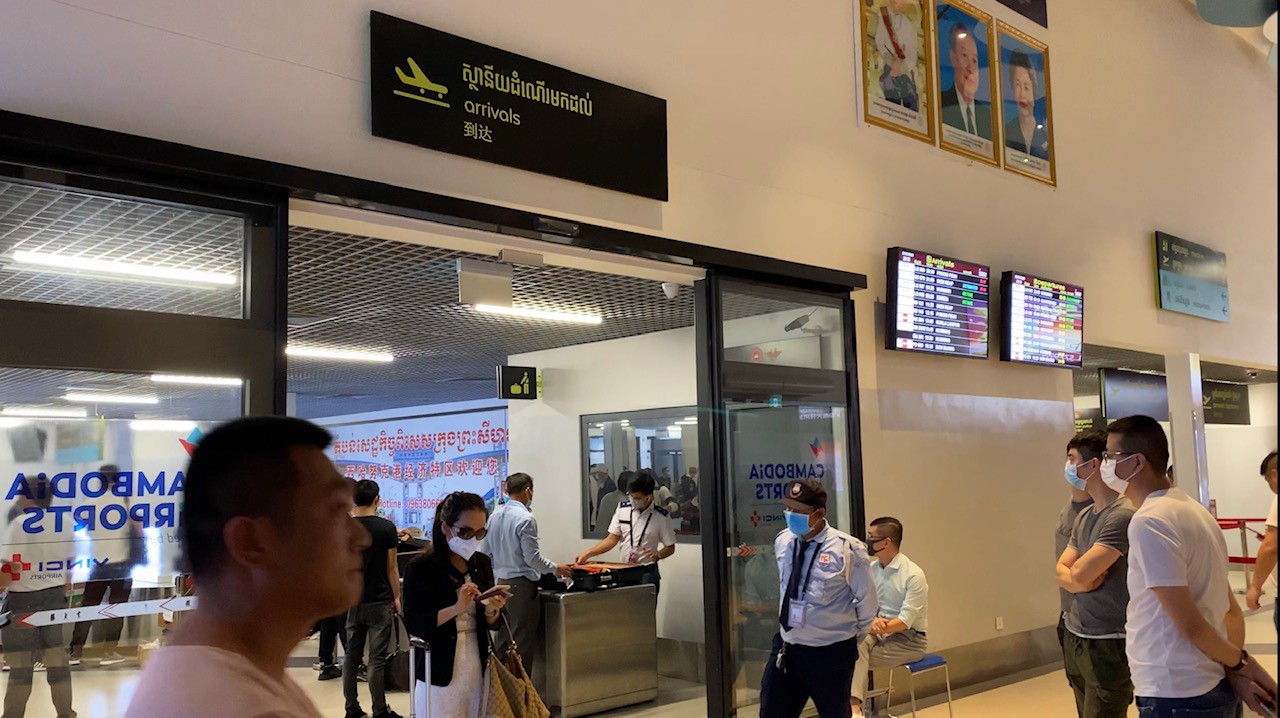 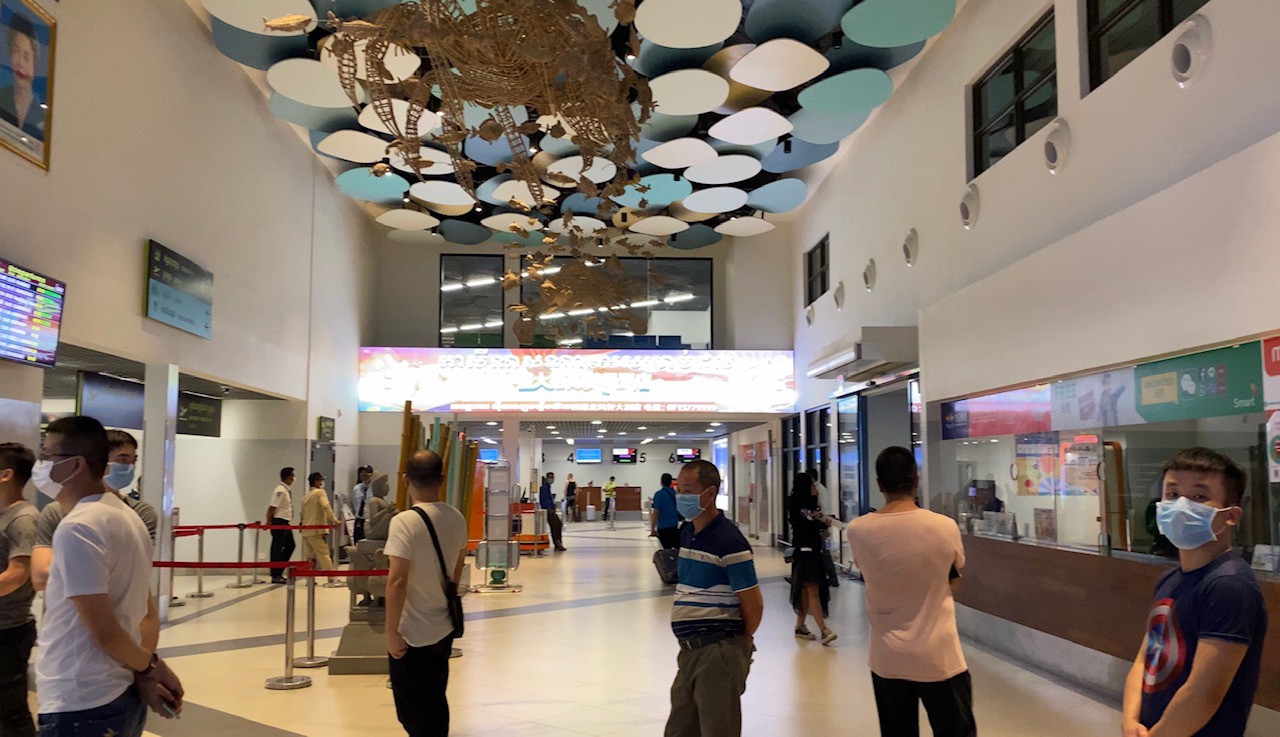 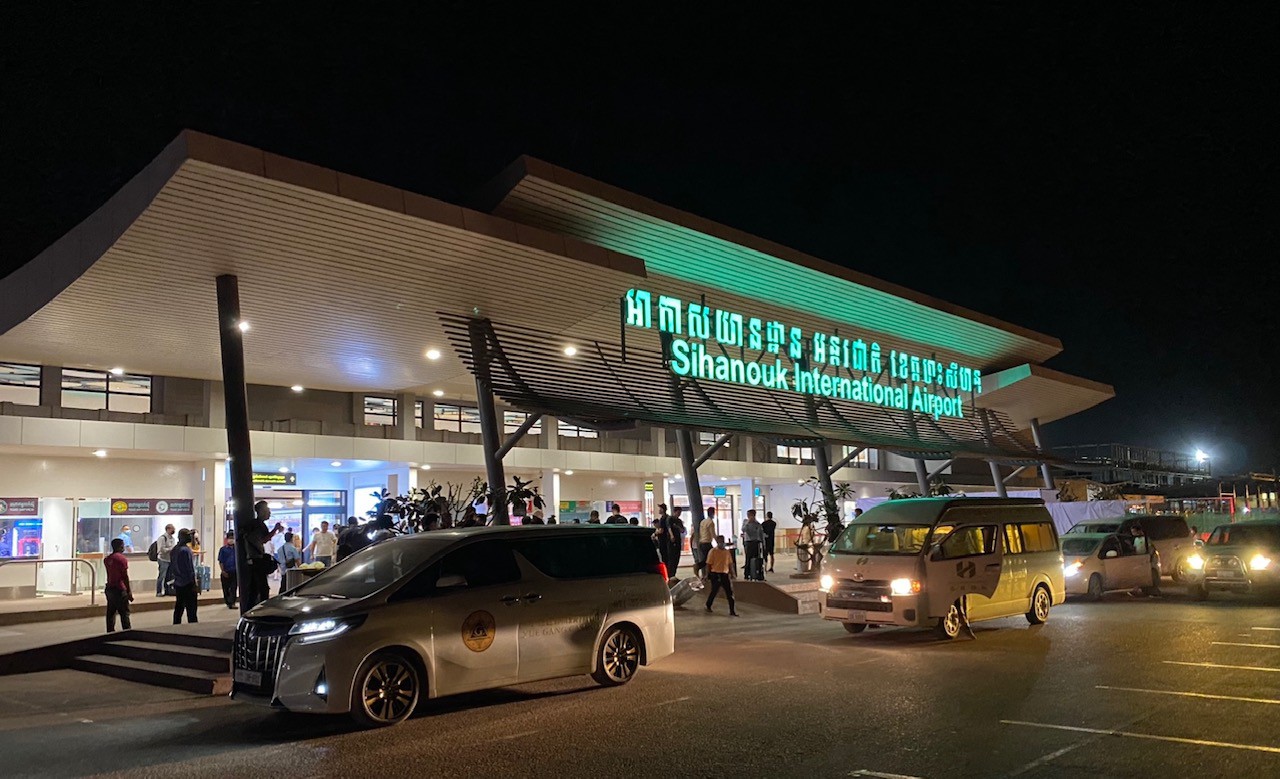 Was very nice to fly with this airline, not exactly because of the service but is a almost unknown airline in Europe. As a low cost and for the flight time (20 minutes) I was not expecting any service. I think is a pity the airport of the Cambodian airport has no lounge for the domestic terminal, nevertheless the terminal looked very new and this was the last flight of the day and the staff kept the store and the restaurant opened for us. The Sinahok airport was much small and was completely crowded and the flight was not full. They need a expansion plan very soon because the traffic is growing very fast, mostly due to the Chinese construction works for the next big Resort area they are projecting and subsequently the tourists.

He wrote 44 reviews about 17 airlines and 31 airports.