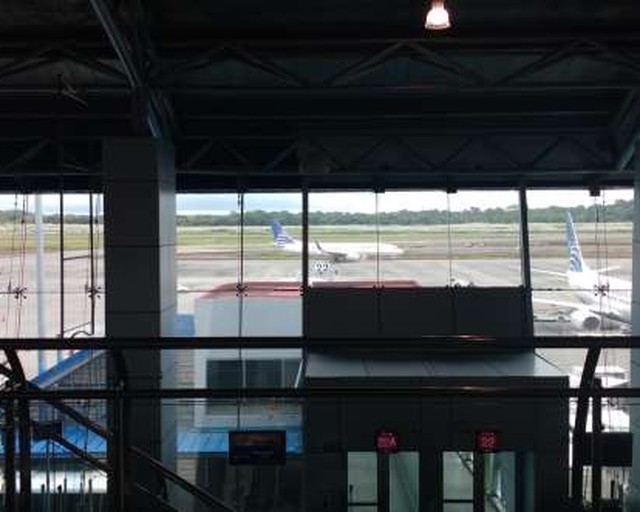 After a few days in Panamá it was time to go back to MEX.
The process at check – in was hassle-free trough the Copa web page. I downloaded my BP to my cell phone and so I was ready to go through the security check point in a expedite way. Once more priorities and zones were respected and when my turned came I got up and handed to
the gate agent my passport and cell phone so I could board. This is the walk from the gate to the aircraft door. 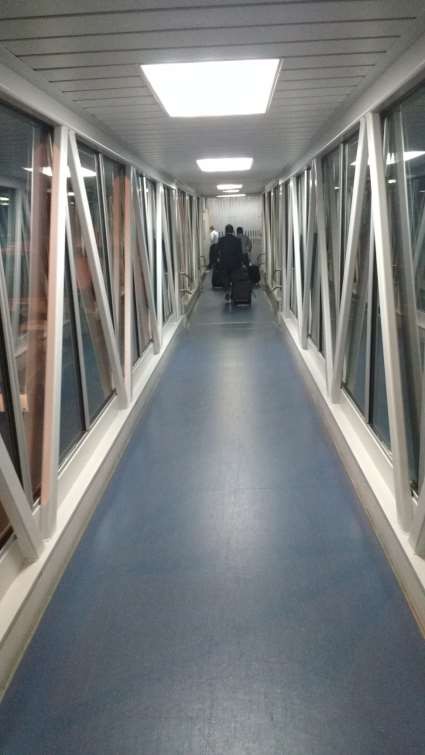 I was able to photograph the aircraft and nobody was hunting me like in MEX, for example. I think the illuminated tail at night is a must, and I don´t understand why some airliners fly without it on. The FA at the door was having a conversation over the intercom so no welcome this time. 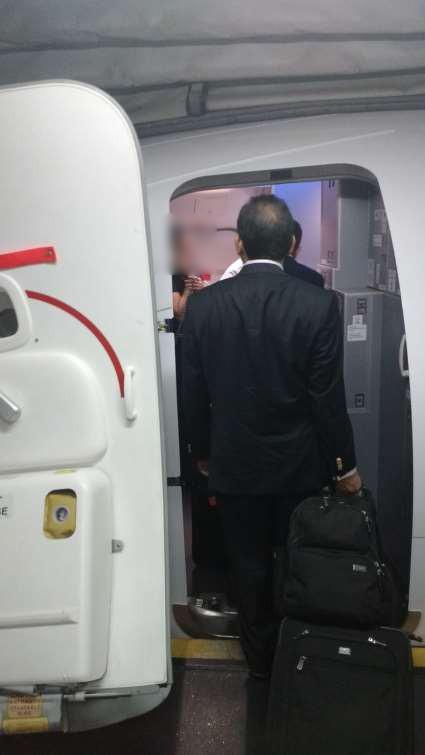 The cabin looked so bright and clean. I like the 737 BSI because it gives modernity to an ancient airliner. 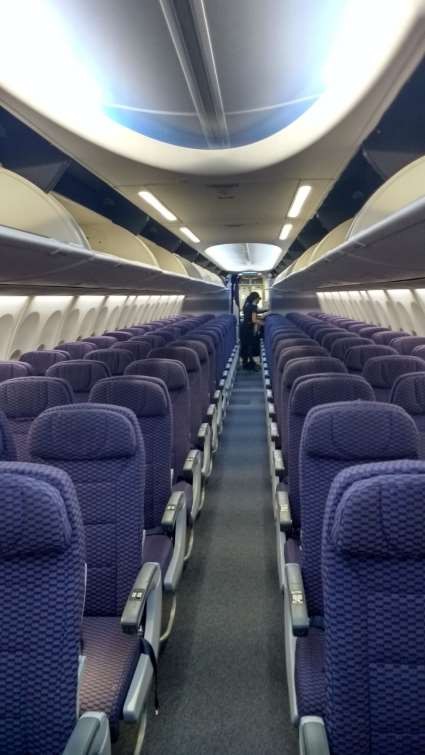 I was assigned an emergency exit seat. One FA came after all passengers were on their seats and explain us the situation in case of emergency and asked if we were okay or needed to switch seats with somebody as the MEX-PTY-MEX flights are always full. 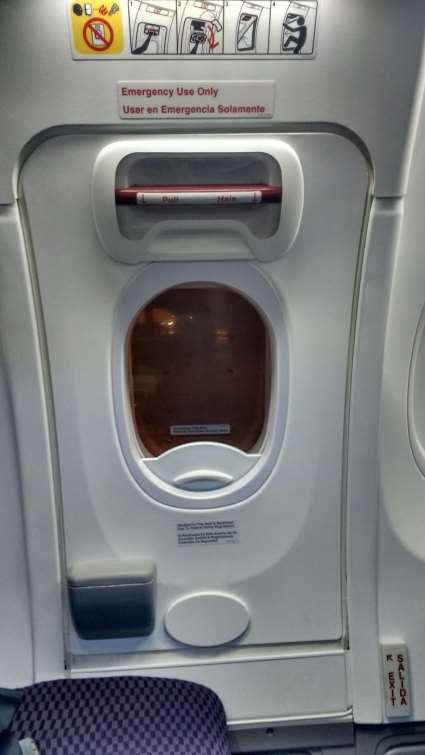 I took my time and went to visit the lavatory at the rear. Clean, trendy and fresh. But you can´t find any amenities like wet towelettes or even airsickness bags. Just the usual: paper, and hand soap. So, by the illumination and cleanliness I was satisfied and walked back to my seat. 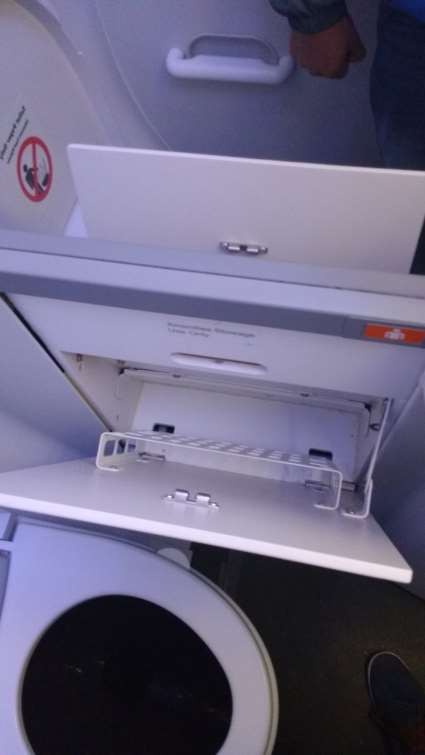 Despite the space between the seat and the lavatory wall, the reclination angle isn´t that great as I checked later in flight with the passenger trying to sleep. And as many of you may know in PTY always the window shades must be down to maintain the aircraft in a cooled state. When returning to my seat, the rest of passengers were in the middle of the aisle putting their bags inside the overhead bins so it took a time for me to sit. 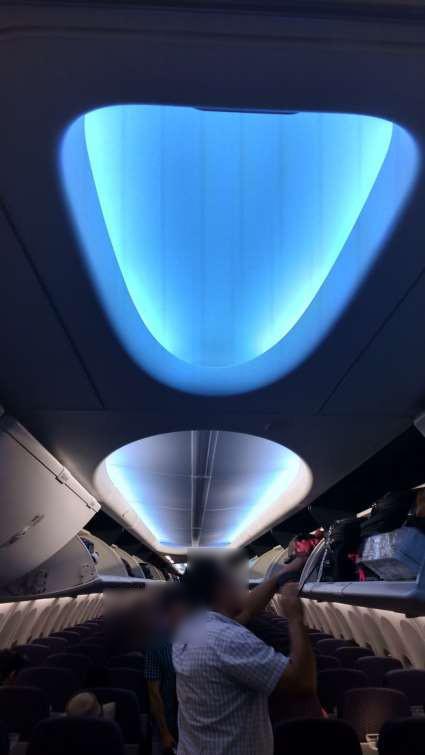 Before pushback the cabin crew gave a plastic bag containing headsets, they asked if you wanted one or not. My neighbourgh since the moment he took his seat fall asleep for the majority of the flight duration. And again no blankets Copa! 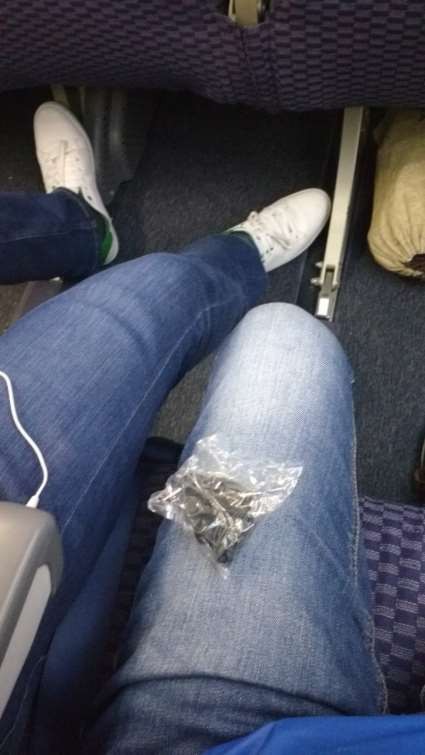 While taxing this was the view of the cabin with the BSI activated and was relaxing. Not the tense atmosphere of night take off was felt. That FA was preparing the Clase Ejecutiva cabin almost until we took off was something strange. 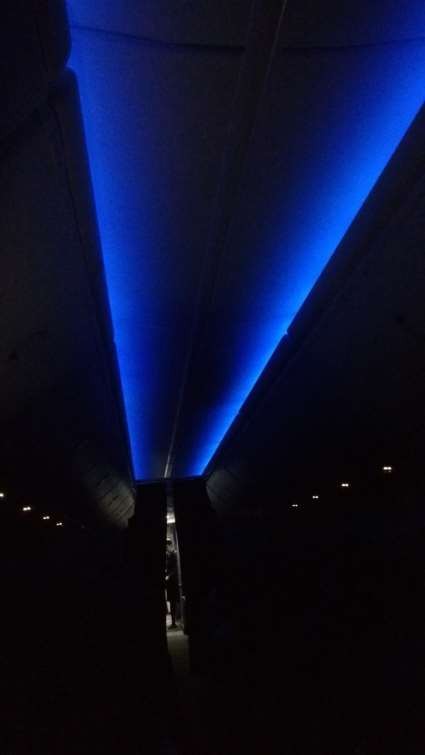 The service was announced stating that the meal carts would be in the aisle in 30 minutes approximately so the invitation to use the lavatory in advance was announced. 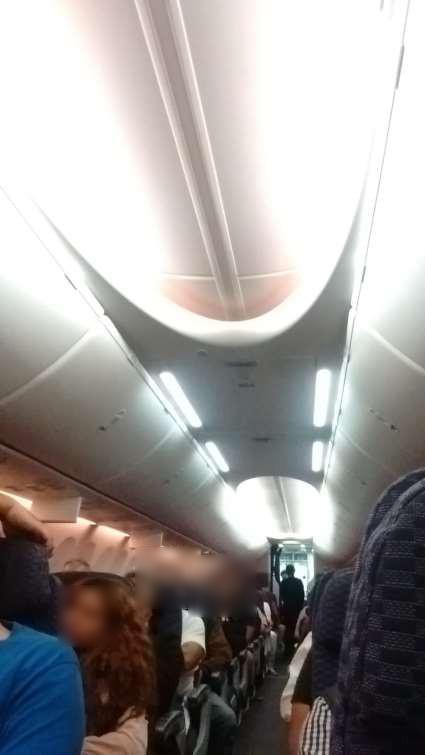 Finally, the cart arrived to my row and the smell was very good. 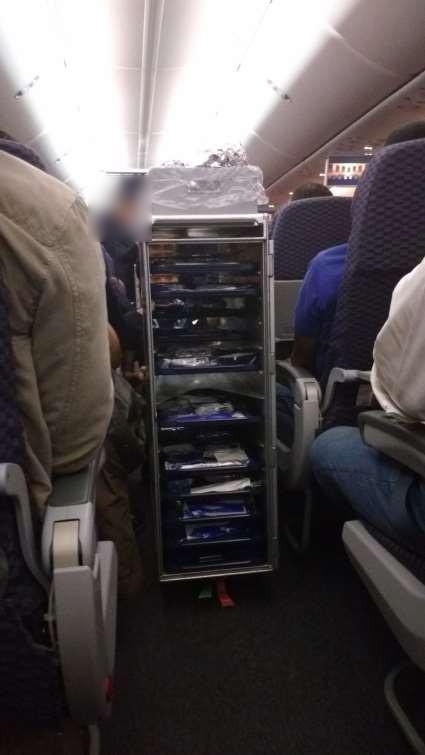 First, the FA handed me this tray containing: meat empanada, side salad, and Oreo cookies, but abruptly she returned to tell me this:
FA: Excuse me sir but have you ordered a special meal?
Me: Yes, I ordered a special meal.
FA: Let me check (she went to the rear galley and returned in less than 3 minutes) and said I´m
sorry but I will remove this meal from you and I will come back with your order. 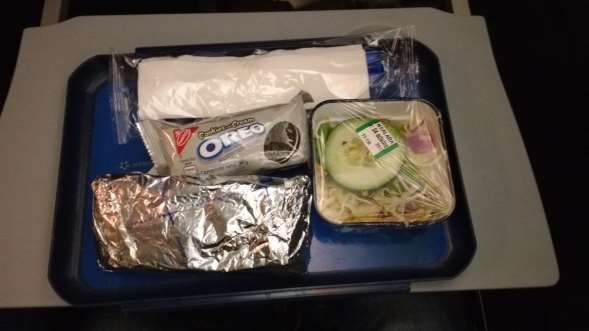 She returned and handed me the new meal tray:
Consisted of a fruit plate and a side salad.
I politely asked her if I could have both options and she said no.
Oh well, let´s freshen up with this tropical fruit! 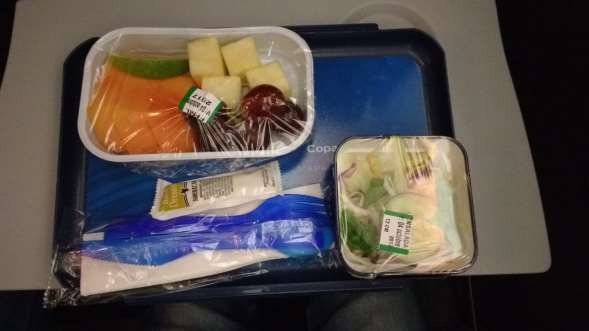 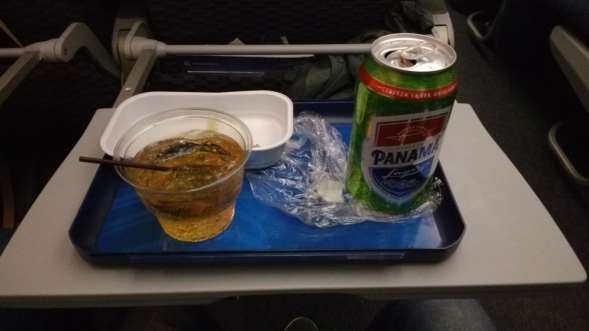 The descent was announced and some passengers got up to use the lavatory and I got up for the
last beer that was handed with a smile.
As always, impressive the sights of Mexico City you can get both at landing and take off, at night or
day. This potograph was taken by the passenger on the window seat, he kindly accepted my request. 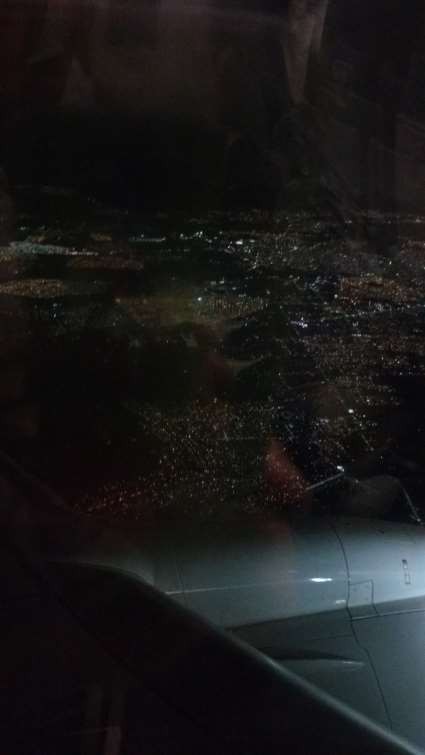 I thanked the cabin crew for the attention provided and they asked if I wanted to visit the cockpit and speak with the captain and as you know I immediately accepted this invitation.
Thank you for reading this flight report. Have a nice day!

This was a very nice flight except for the situation that arose with the FA because I perceived that since I had ordered the special meal she just did not want to provide the other meal and all the passengers around we watched the whole episode and I think that with other response from her everything would have been different.
To credit this cabin crew they kept me well hydrated and I thanked them for that at arrival.

The airline with the best average rating is Copa Airlines with 7.0/10.

The average flight time is 3 hours and 44 minutes.