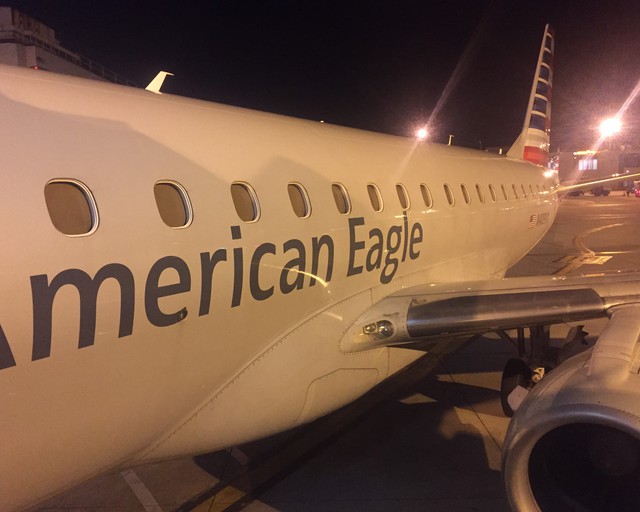 #47 out of 78 Airlines A minimum of 10 flight-reports within the past two years is required to appear in the rankings. 64 reviews

Welcome to this long, 18 flight series of US domestic mileage runs that I took in October 2020. After COVID-19, the demand for premium travel within the USA has decreased for short distances so on some occasions Domestic First tickets in the USA could be really cheap if you book in advance. American Airlines had a deal of DCA-RDU r/t for $227 which would have given me 240 British Airways Executive Club Tier Points so I decided to take 3 of these runs to achieve Gold status in British Airways Executive Club.

Although I am a Qatar Airways Privilege Club Platinum member at the moment, unless things change, I am pretty sure that I would lose it in mid-2022 so I have started working on a back-up plan as oneworld Emerald status is a really valuable status for a frequent traveler.

The sixth report of this series would be onboard the American Eagle Embraer E-175 from Philadelphia to Washington Reagan and this flight would be my shortest ever flight in terms of distance where the distance between PHL and DCA is only 119 miles. Unfortunately, as the AA Admirals Club at PHL is closing at 20:30 during these days, there would be no lounge report this time.

Here is the routing
Part 1

Loads for this flight

As I had time until my next flight boards, it was time to explore the airport. At that time most of the concessions were already closed. Plus, as the American Airlines Admirals Club closes at 20:30, I wasn't able to visit it. 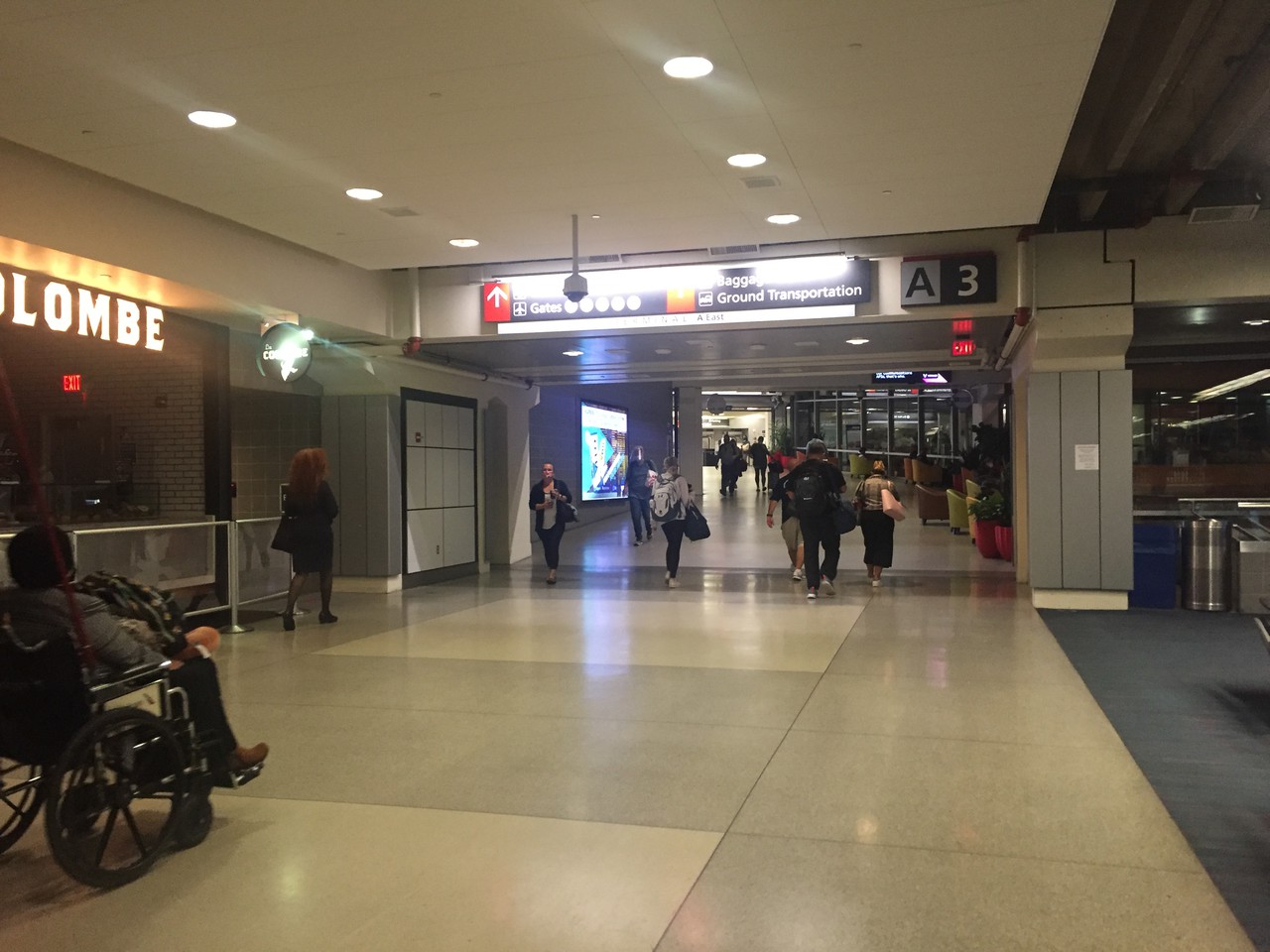 There is also a Centurion Lounge in PHL but as I don't hold an eligible AMEX card, I could not visit that lounge. 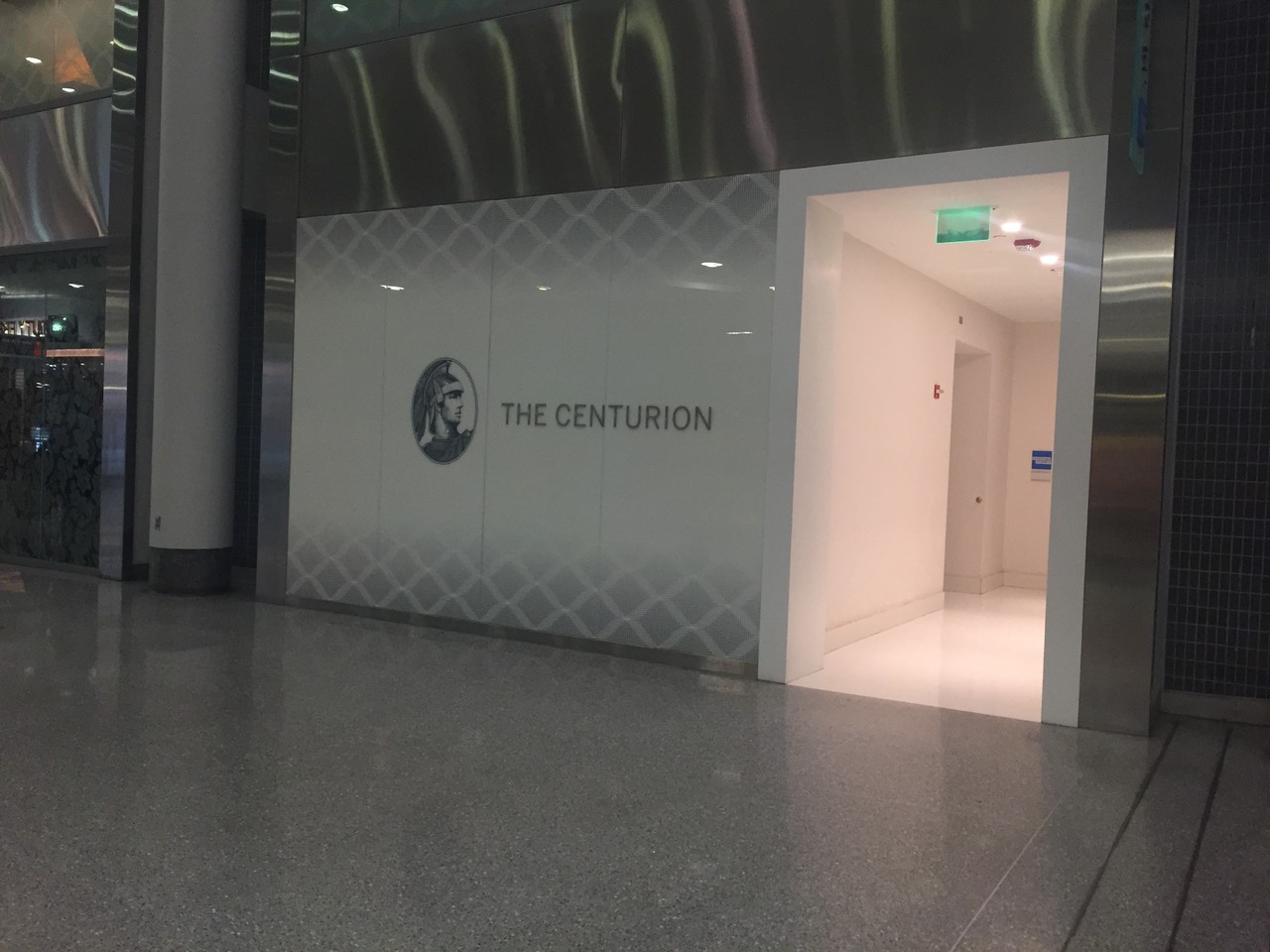 The British Airways Galleries Club at PHL is closed since March and there is no official announcement until this point from BA for when it would re-open. Although, it's highly unlikely for the lounge to re-open before the Presidential Proclamation for travelers arriving from the UK has lifted. 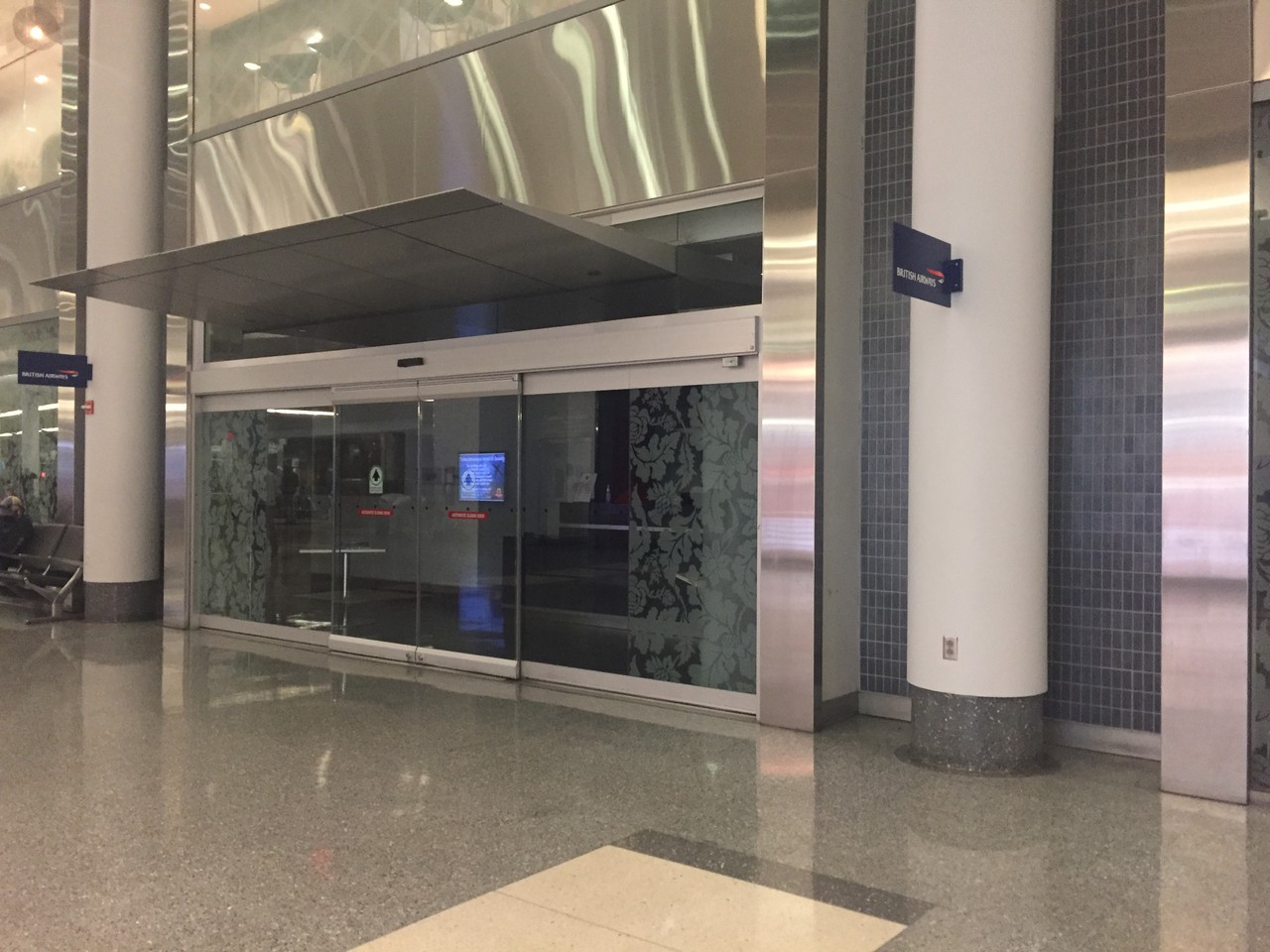 After walking through the international concourse for a while, it was time to head back to Terminal B for my flight. Today's flight was going to board at gate B1 and as the gate was located next to one of the open restaurants at that time, it was crowded and there were many people without masks as they were eating or drinking.

Because of people drinking and enjoying their conversation in a loud volume, it was almost impossible to hear the announcements; although, boarding started on time with the respect of priorities. 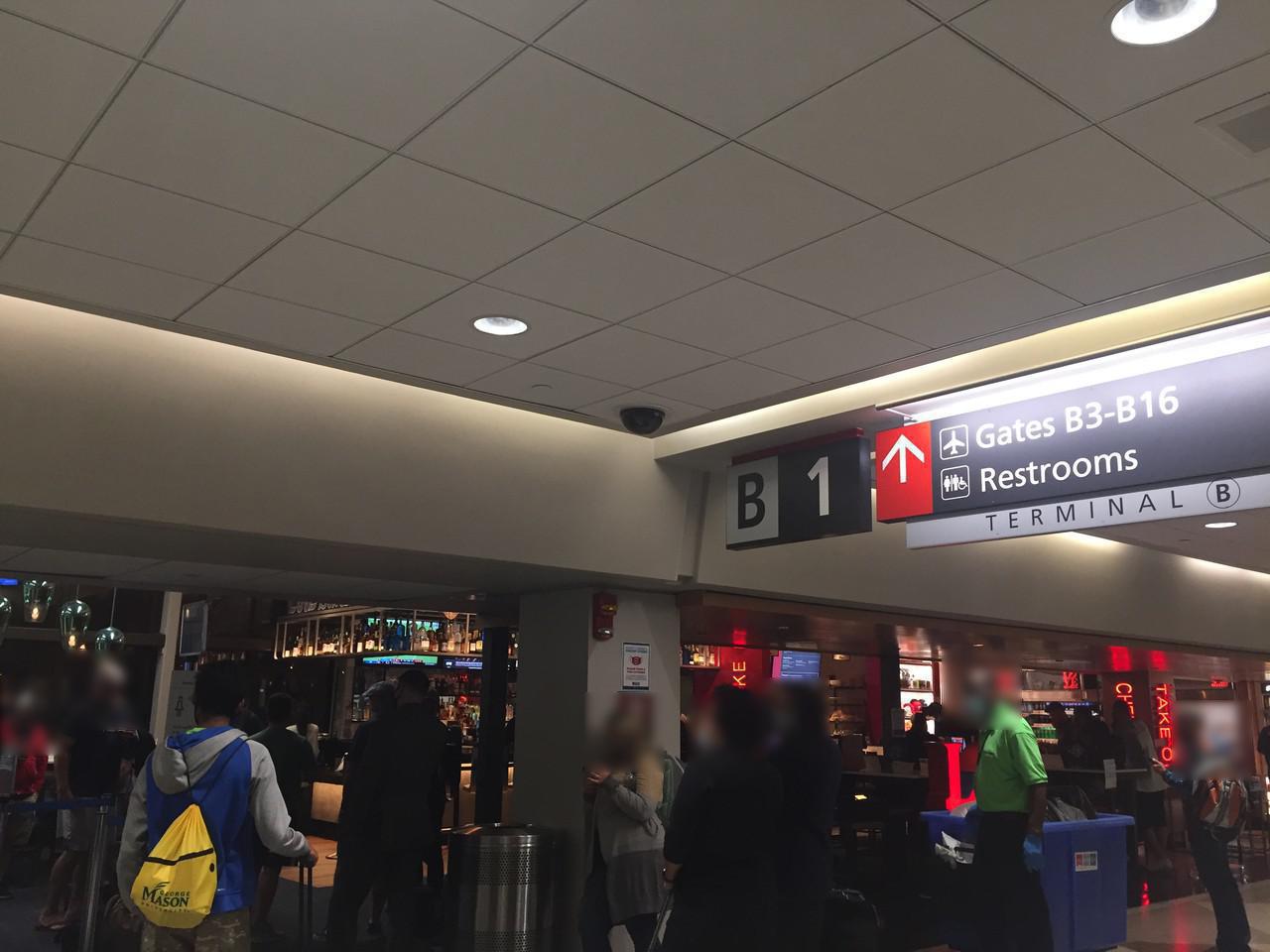 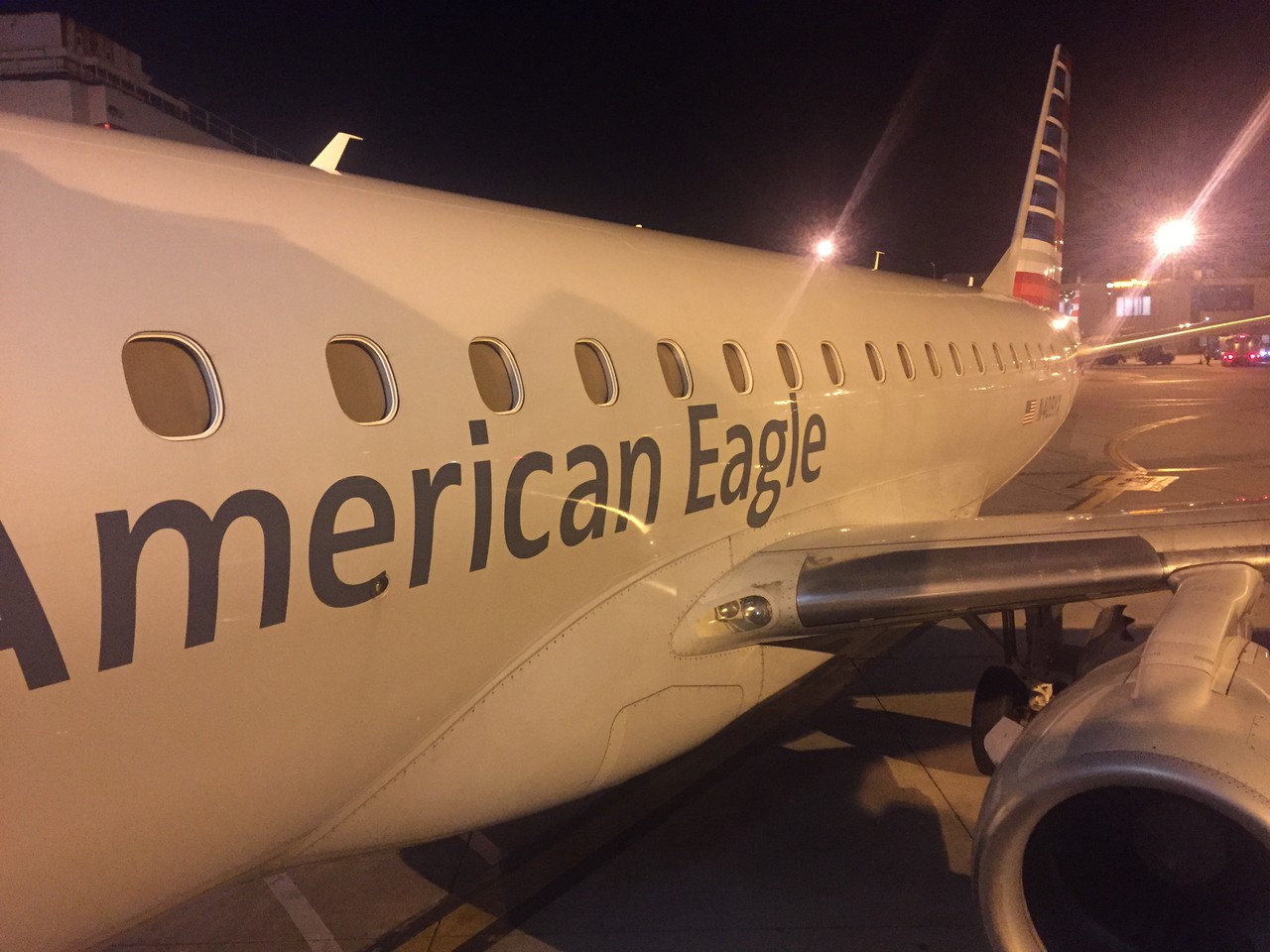 After being welcomed by the crew and being handed a hand sanitizing wipe, I have headed to my seat 4F. 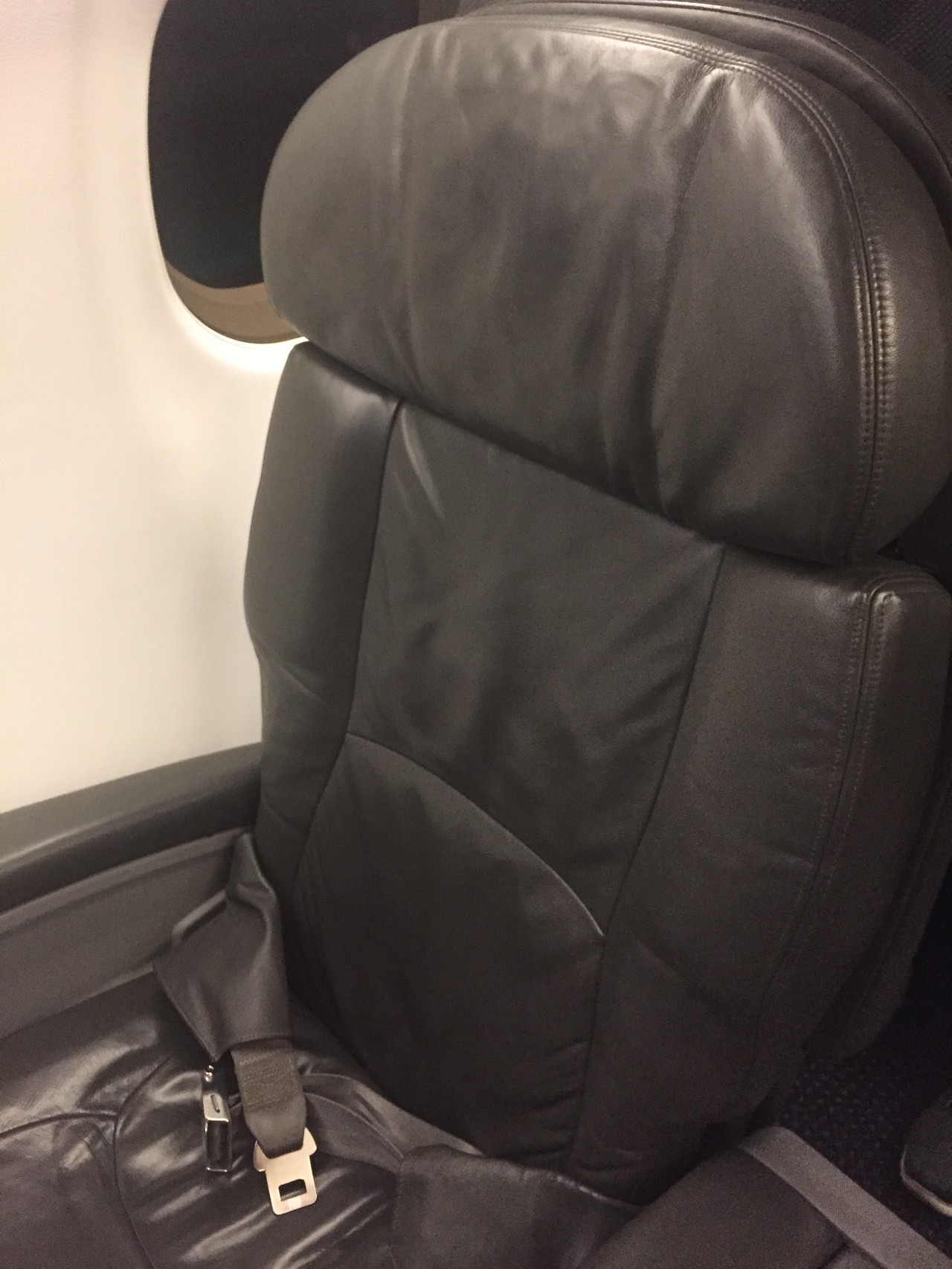 Here is an overview of the legroom on this regional jet. 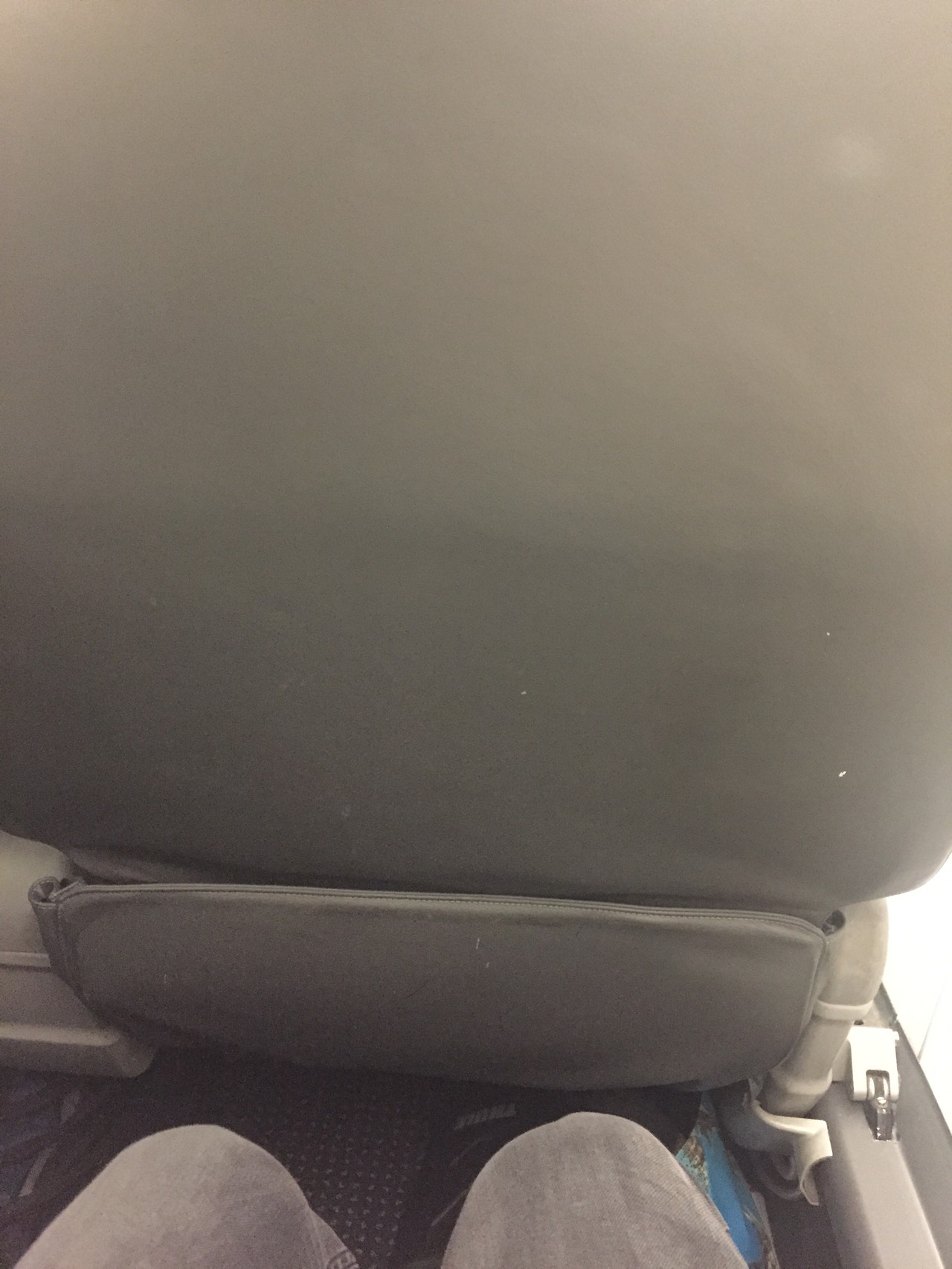 Here is the hand sanitizing wipe that was provided upon boarding. 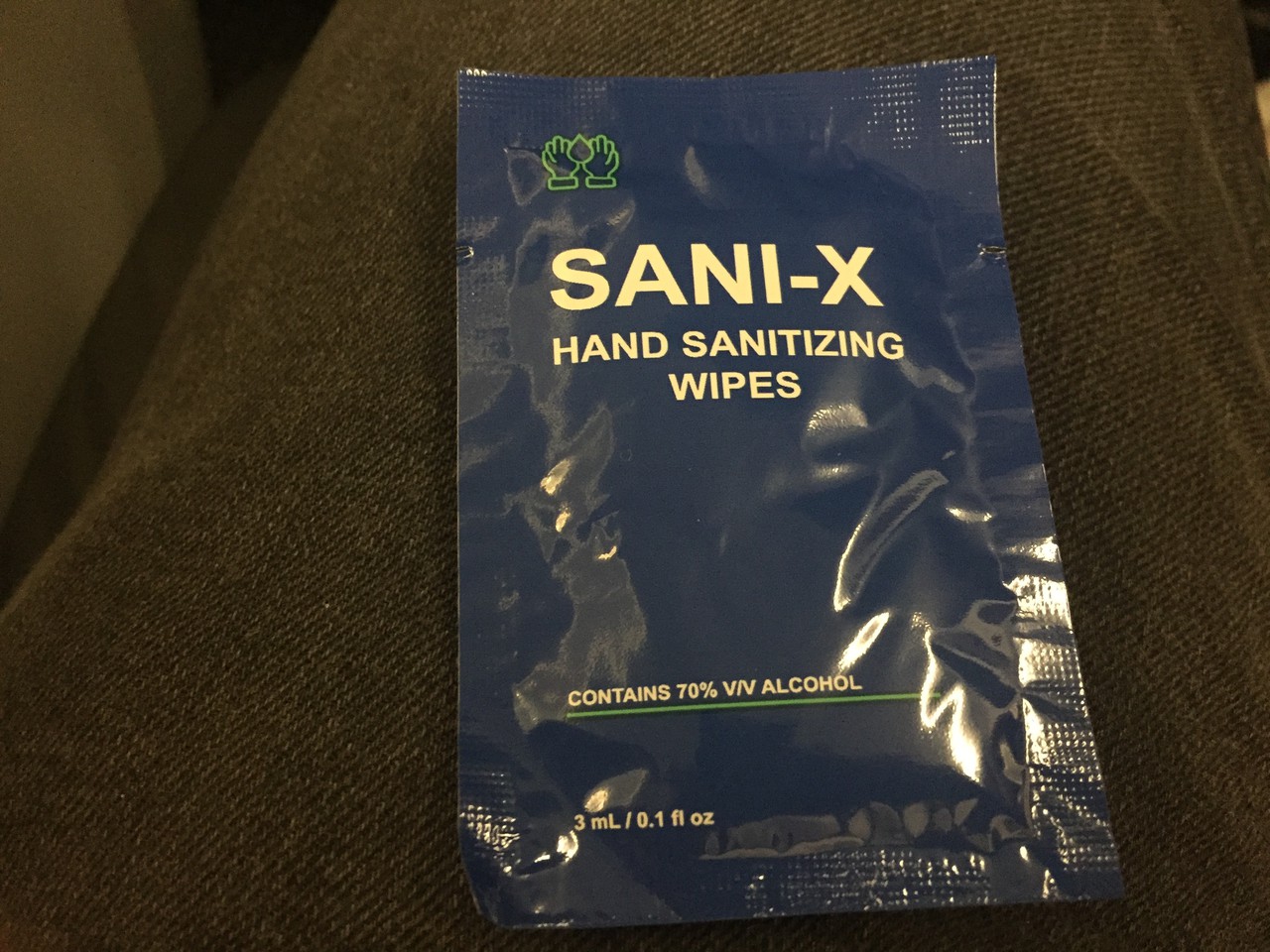 There is no difference within the seatback pocket content although this flight is operated by American Eagle. Still the safety card and the American Way magazine. As boarding was completed, we have started our pushback on time. 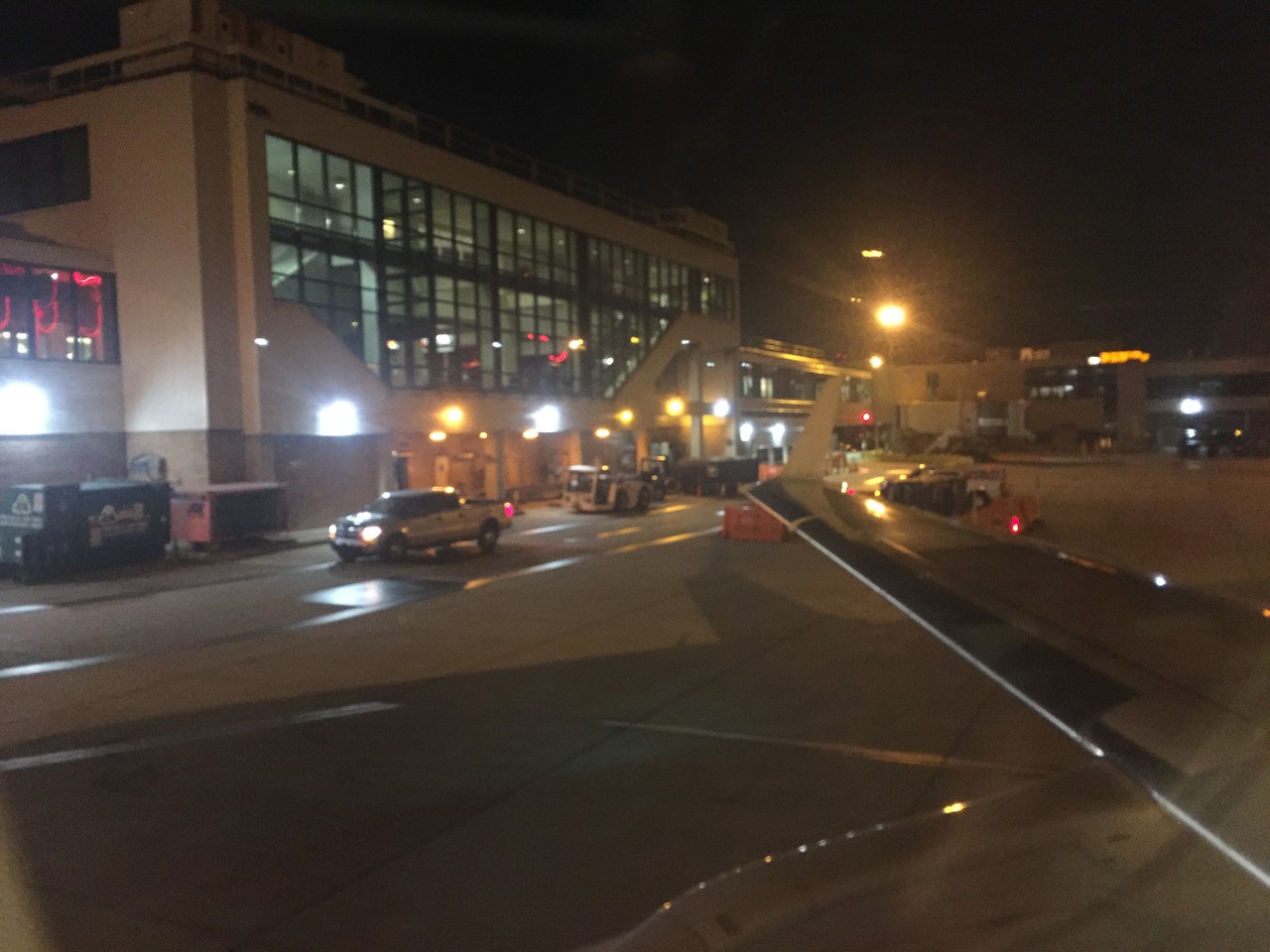 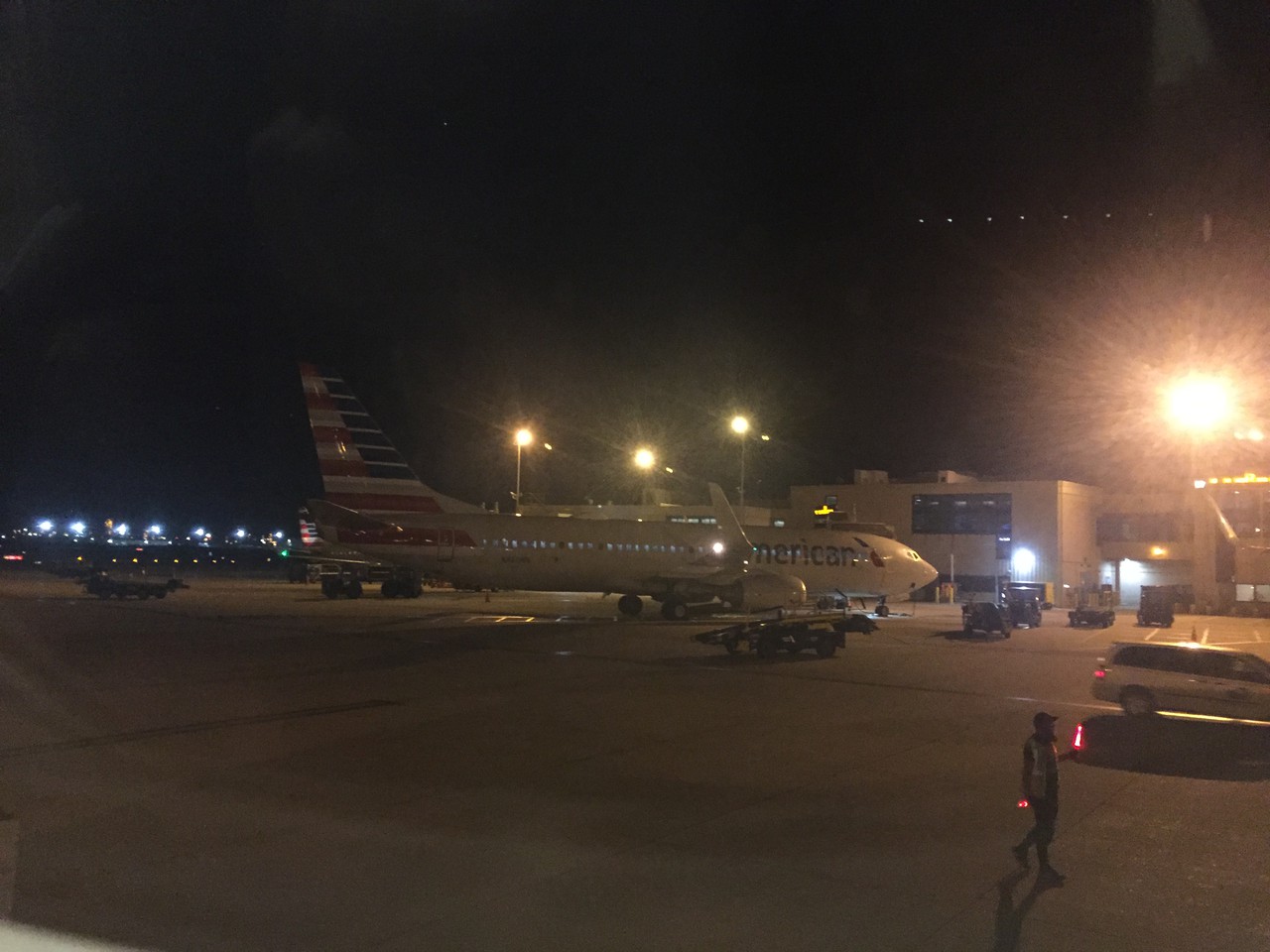 And after a short taxi, it was time to take off for my shortest flight ever. 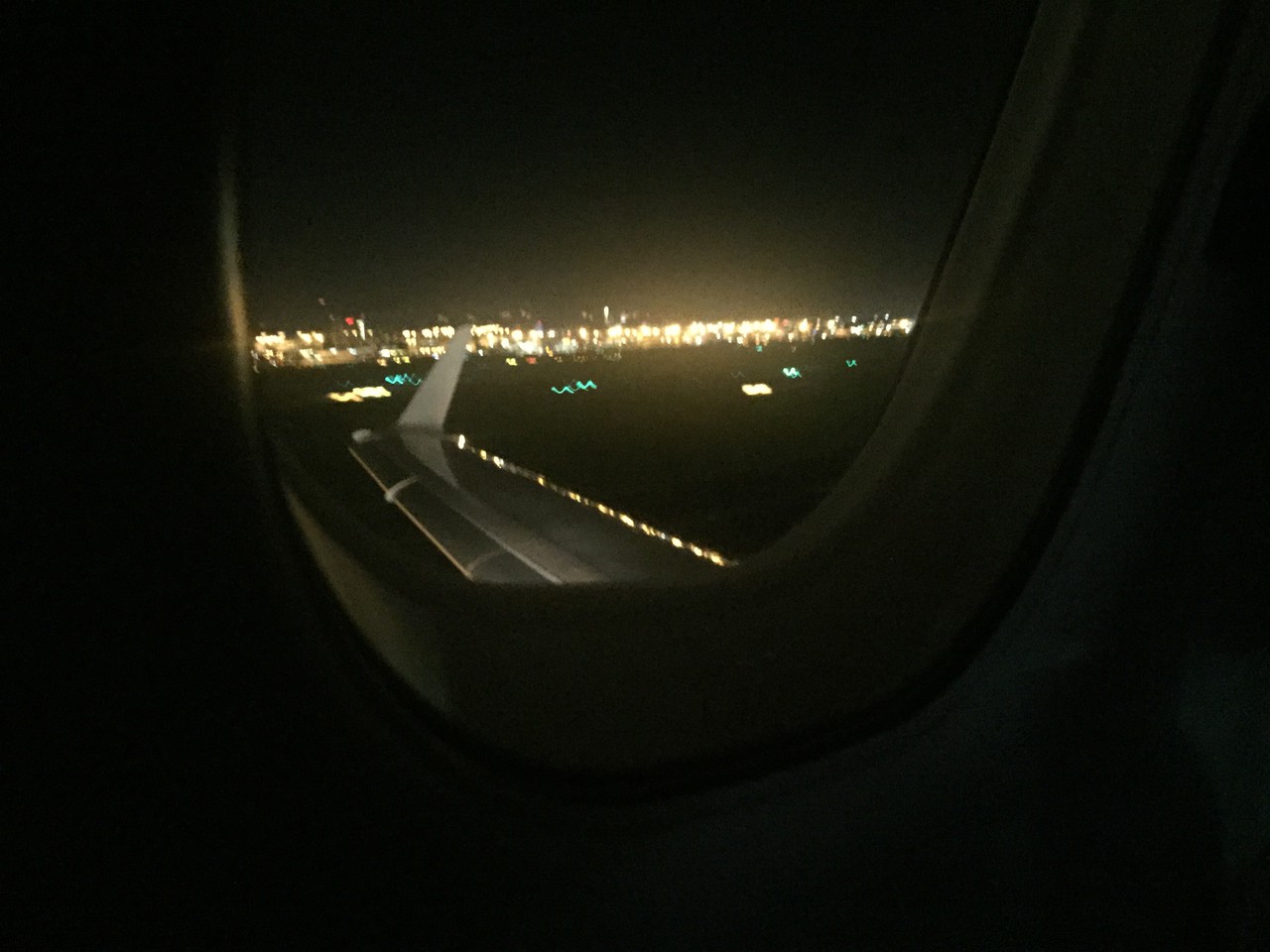 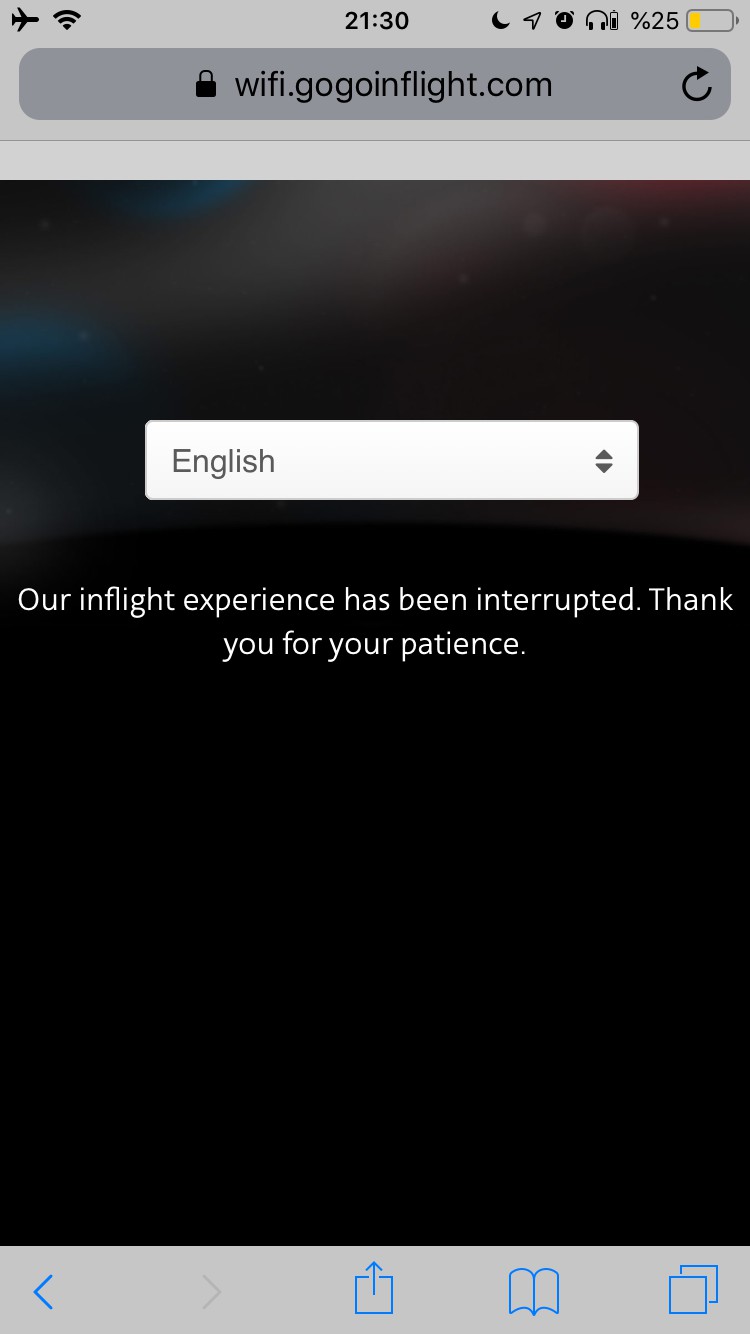 Although, after a few minutes, it worked. 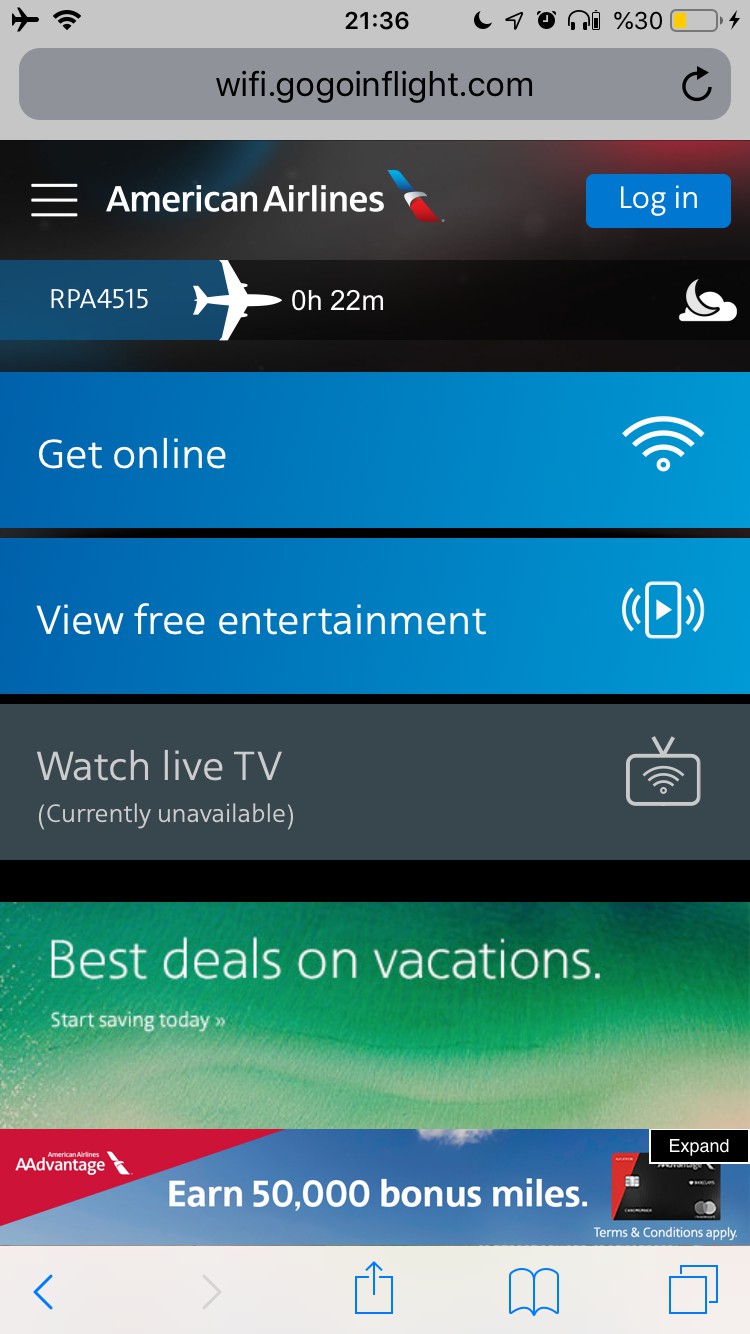 It's going to be warm when I arrive at Washington, DC. 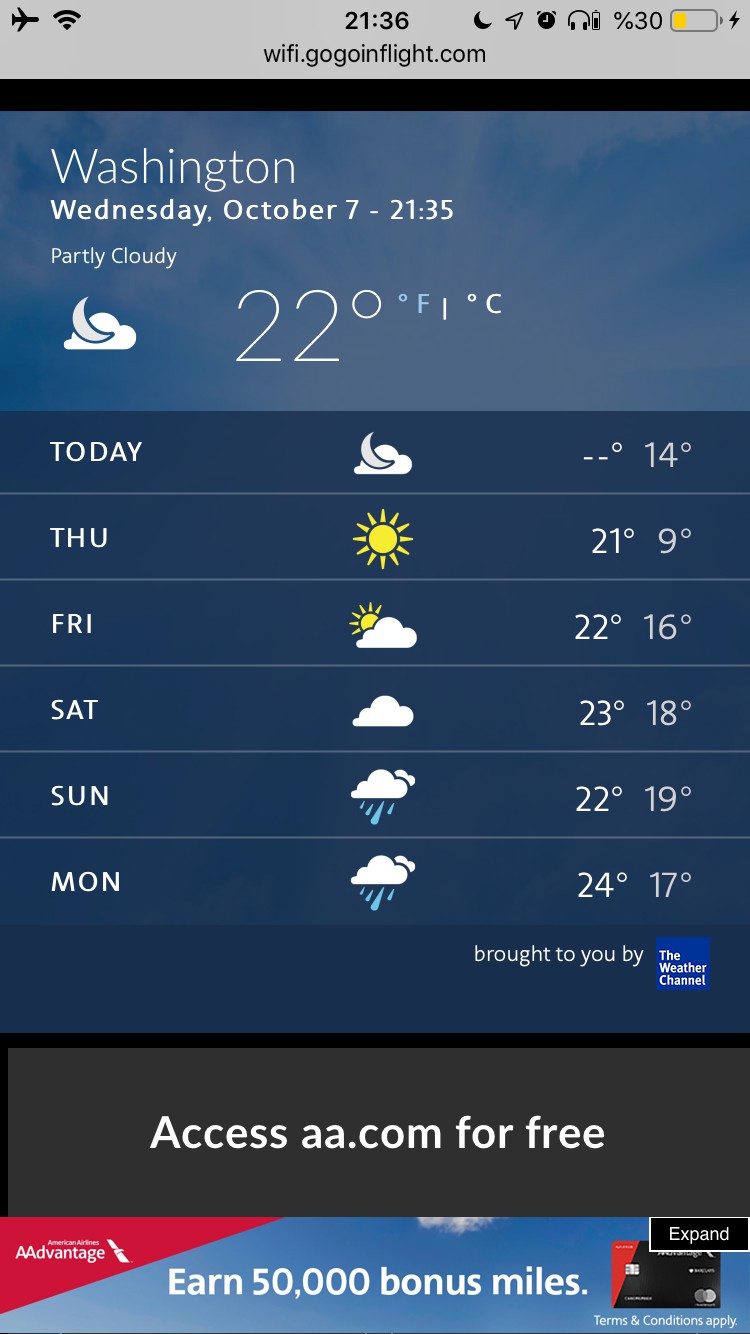 Wi-Fi options for this flight which the paid option is expensive. 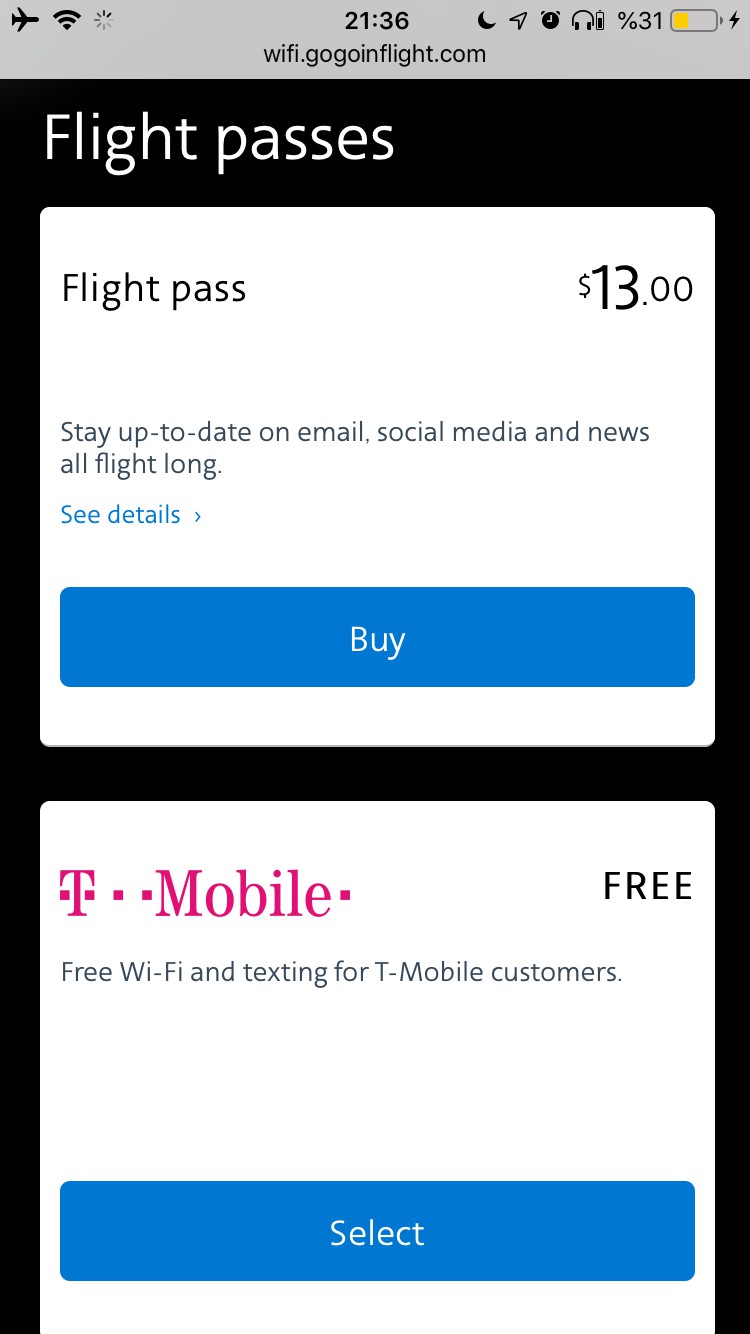 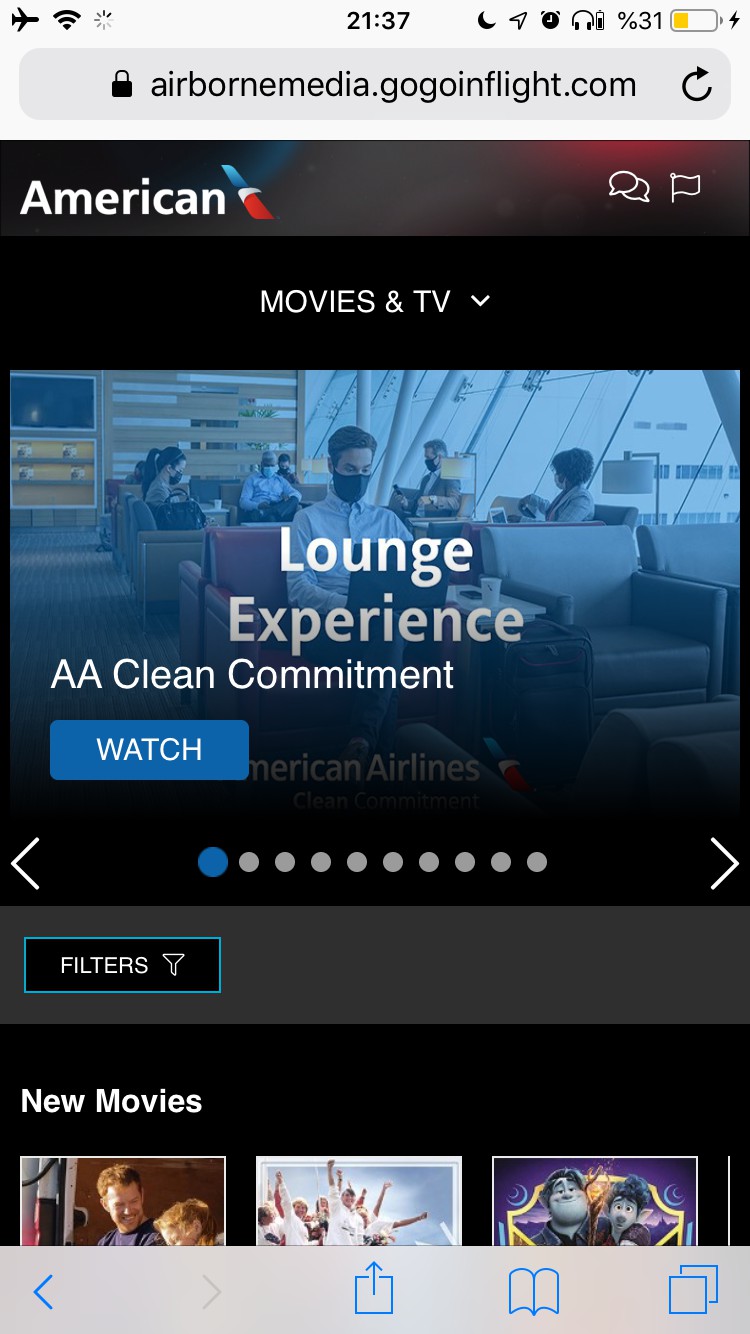 The rest of the flight was uneventful and no-body hit the call button on this flight so I couldn't comment on if the crews were following the drinks upon request protocol, although, the crew have done multiple trash runs throughout the flight. 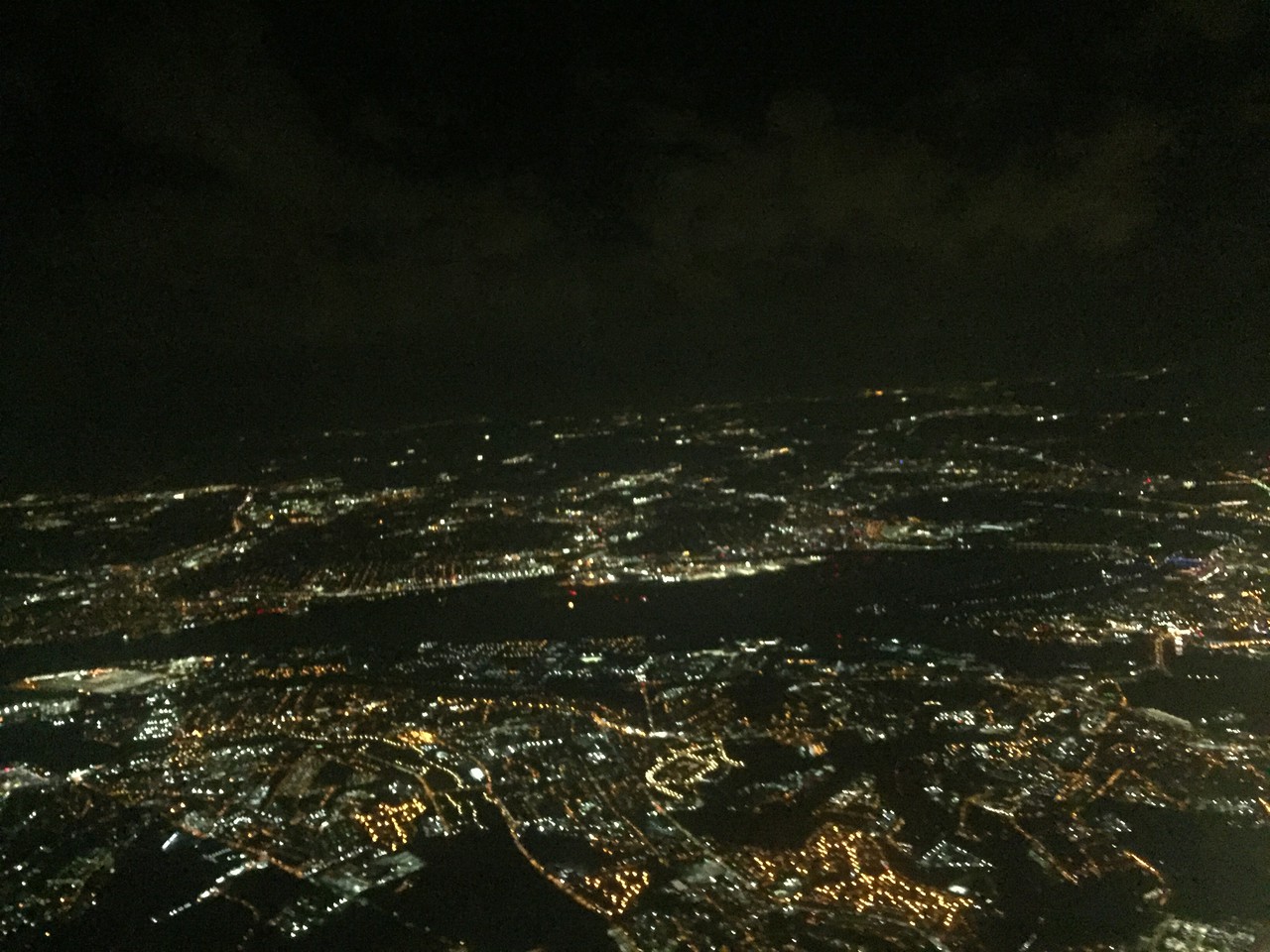 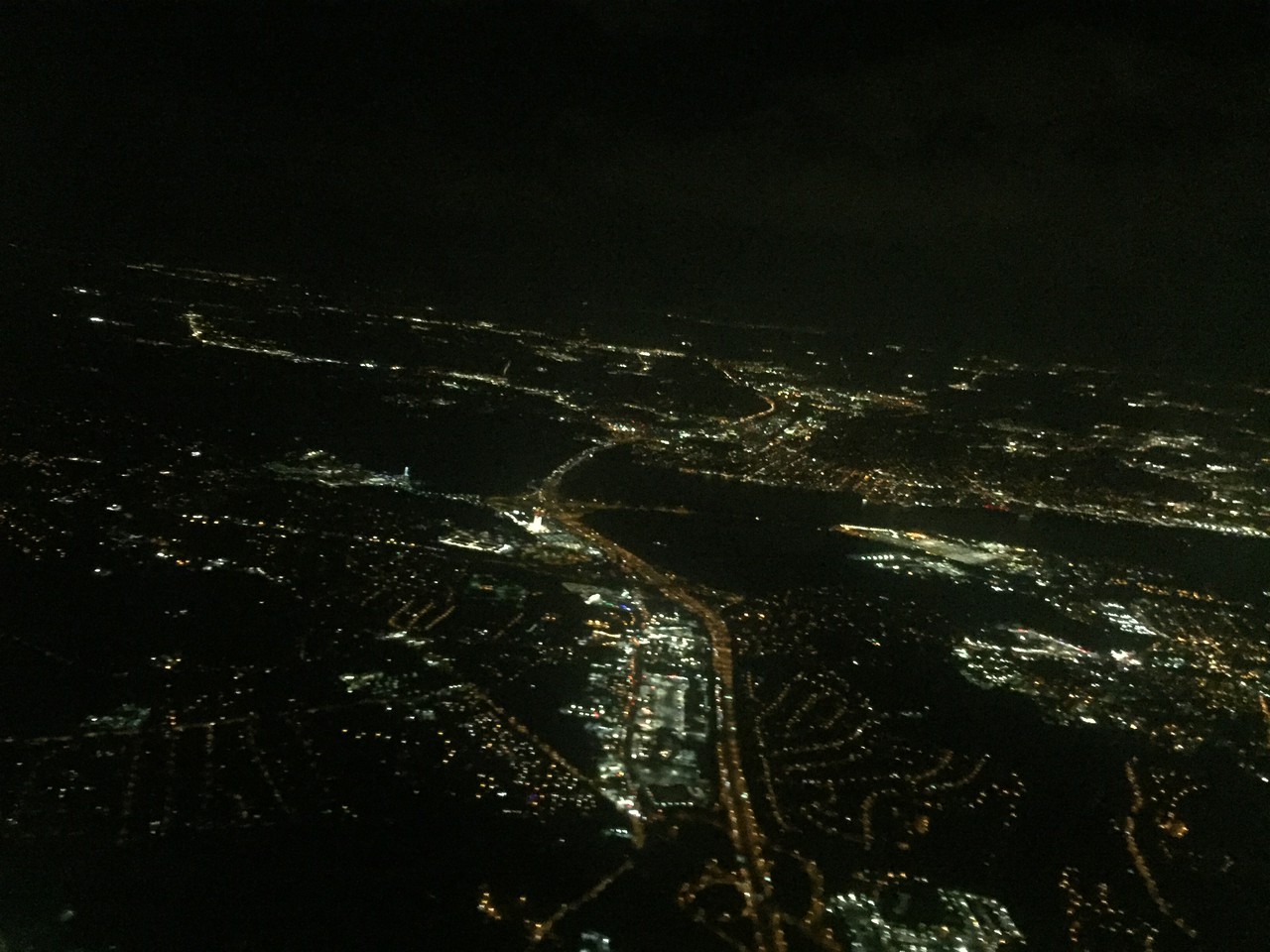 And we have landed at DCA before our scheduled arrival time 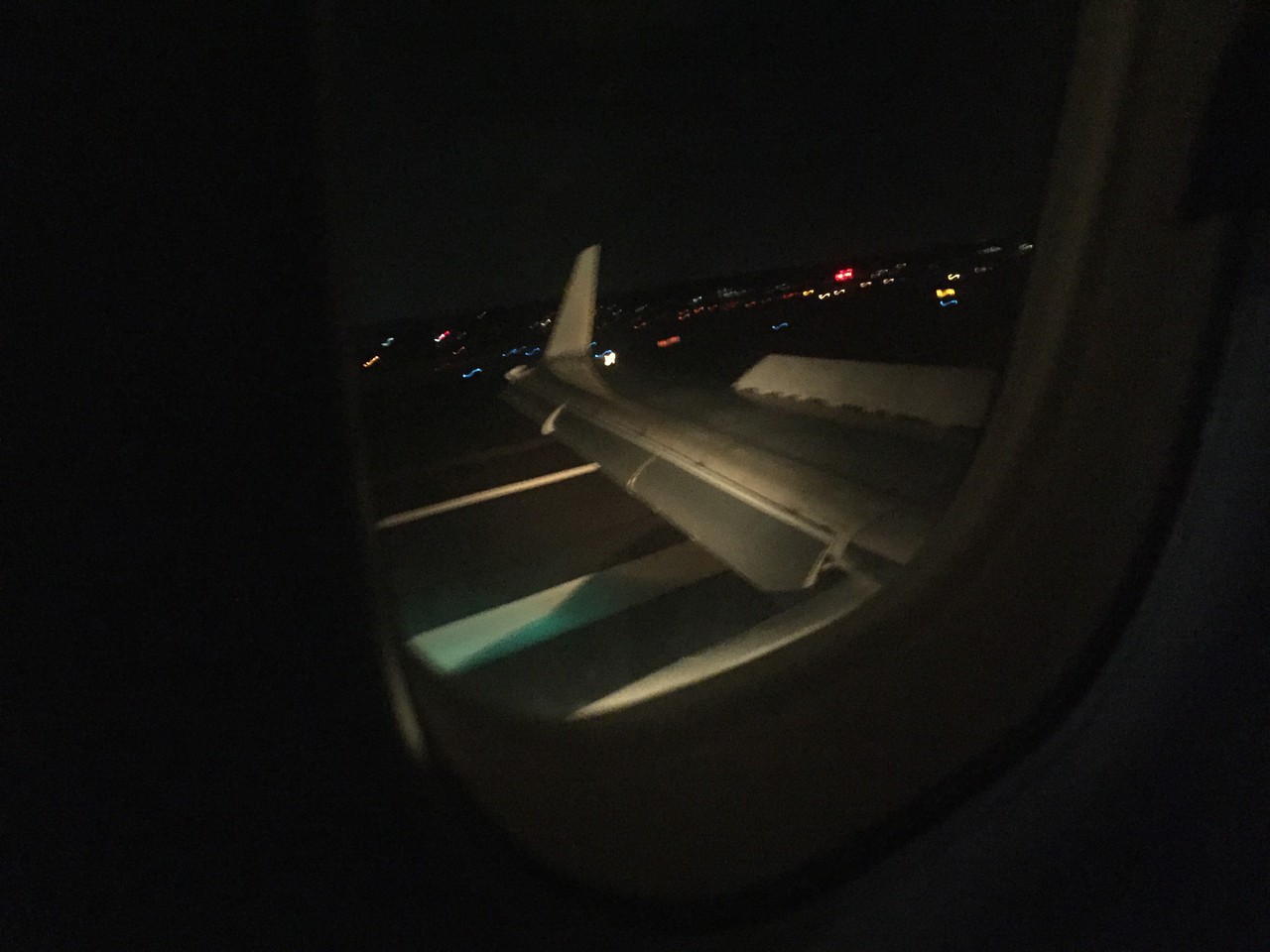 We were going to park at Terminal C at gate 44C. 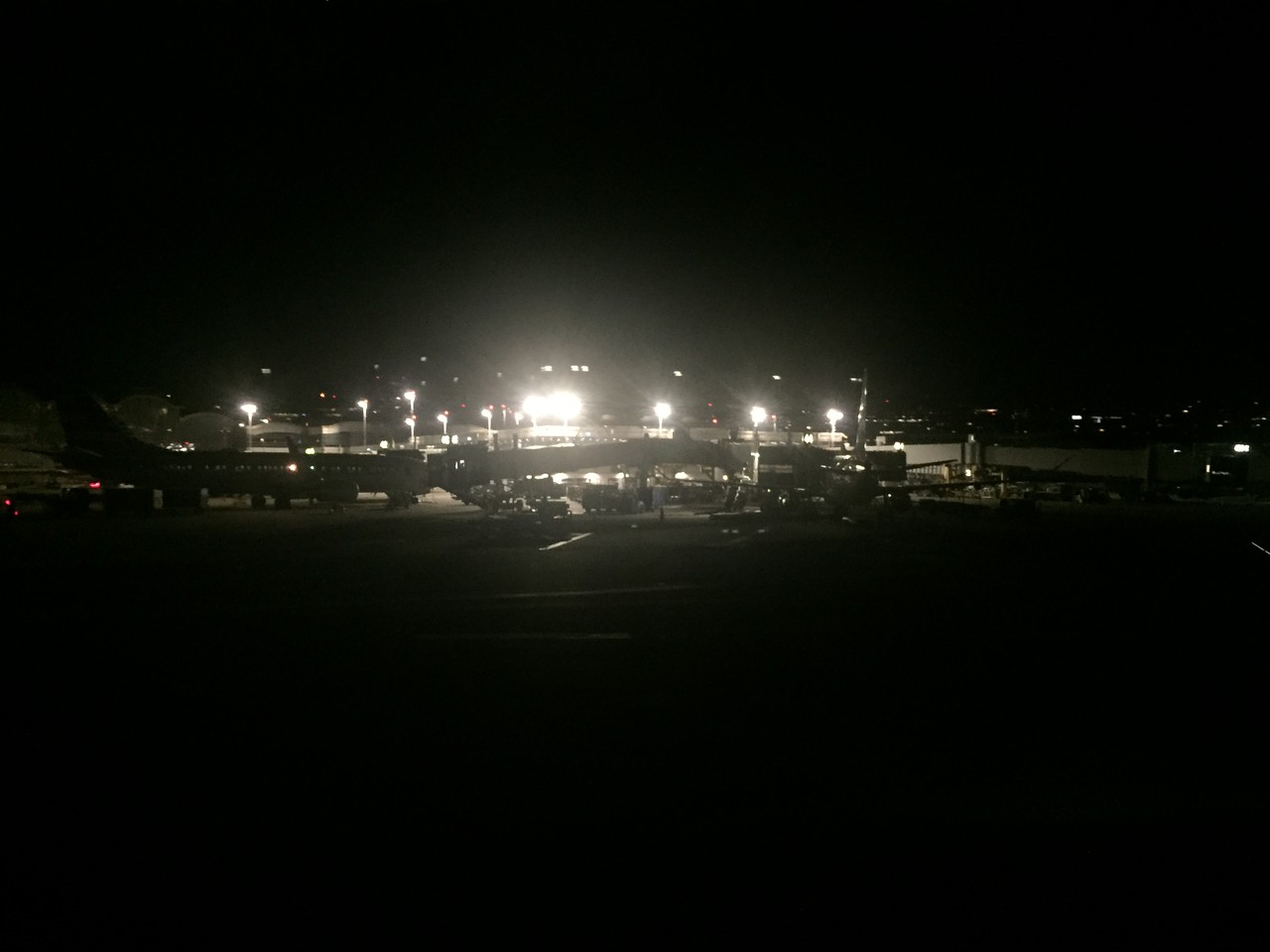 Next to N447YX which I would be flying in one of the flights in the remainder of this mileage run series. 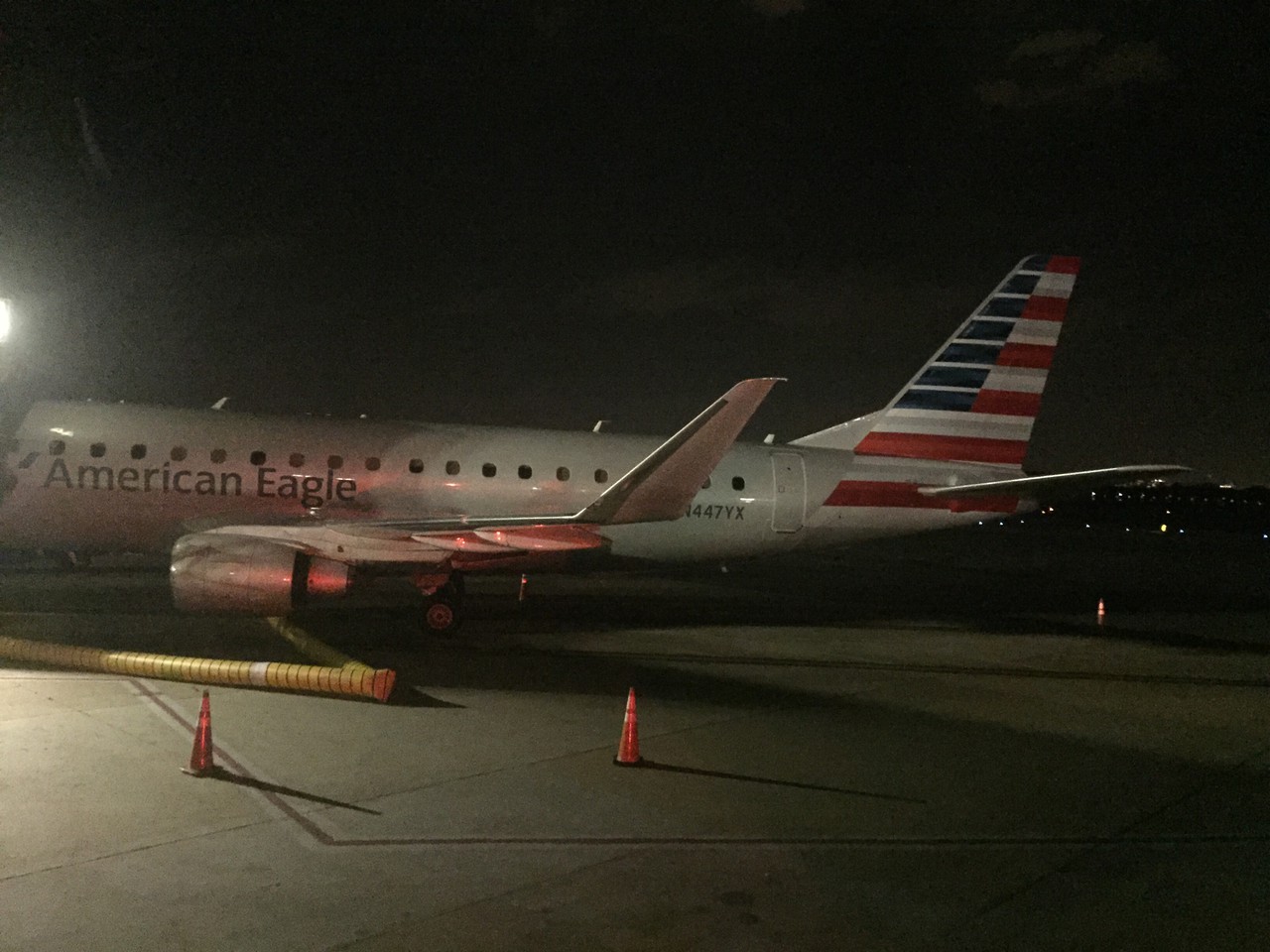 After saying goodbye to the crew, I have entered the terminal which was deserted except for passengers from our flight and airport personnel. 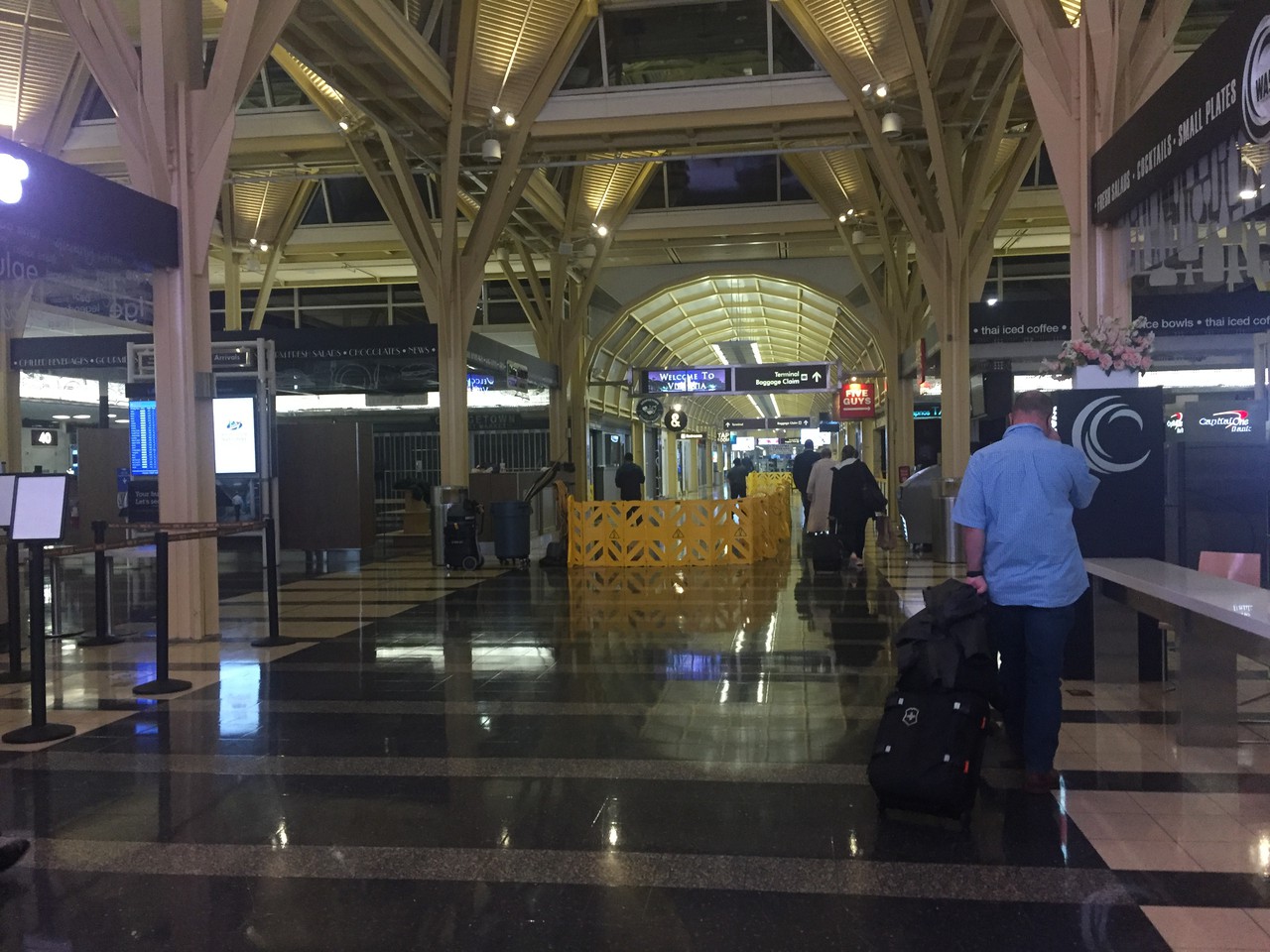 And it's now time to conclude the first part of this mileage run series. 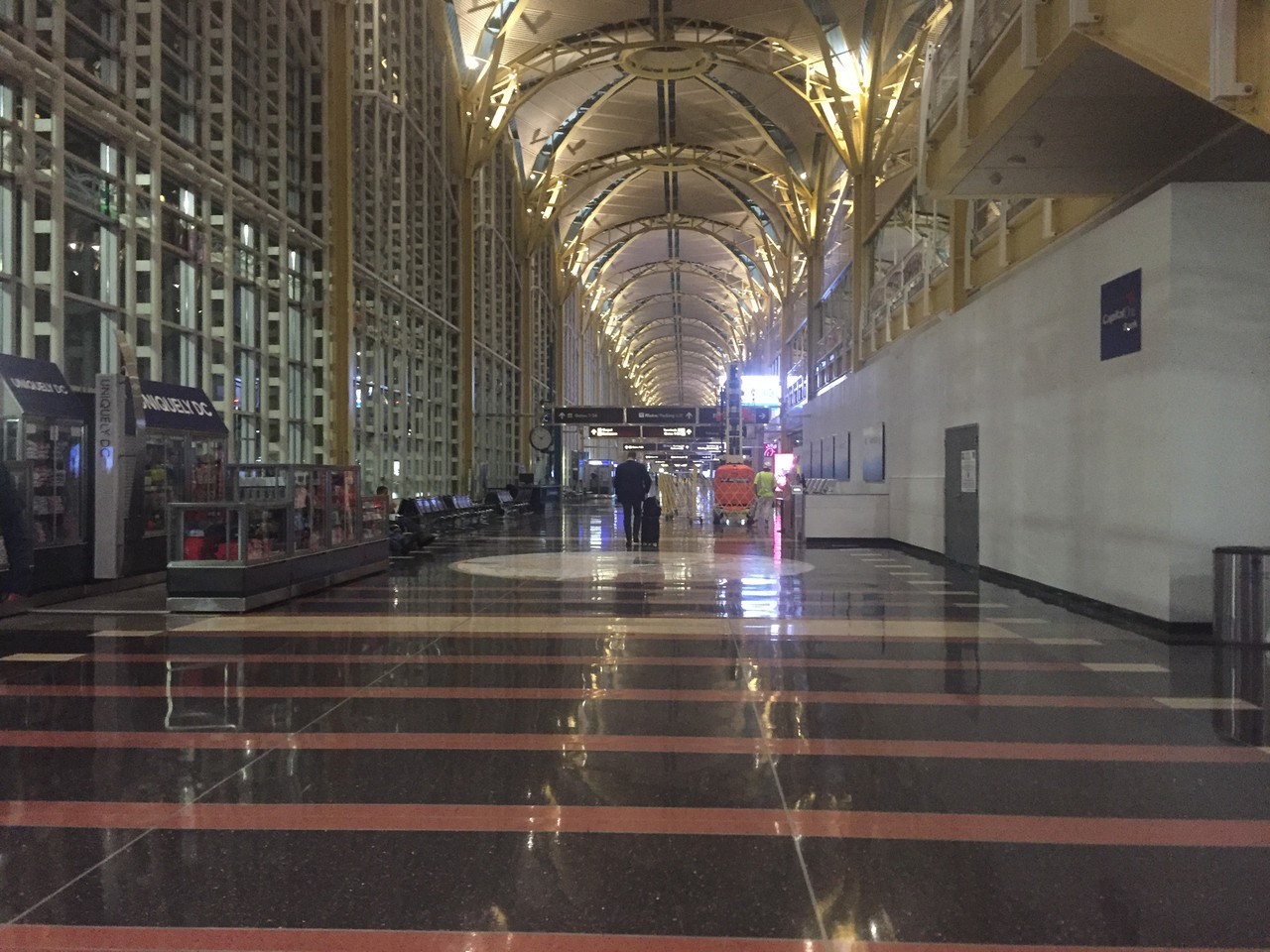 I hope you enjoyed the first part of this series and the upcoming parts of the mileage run would be published soon.
Once again, thanks for reading and hope to see you in another report.

A brief conclusion would be available at the 18th ( last ) report of this series.

The contributors of Flight-Report published 3 reviews of 1 airlines on the route Philadelphia (PHL) → Washington (DCA).

The airline with the best average rating is American Eagle with 6.6/10.