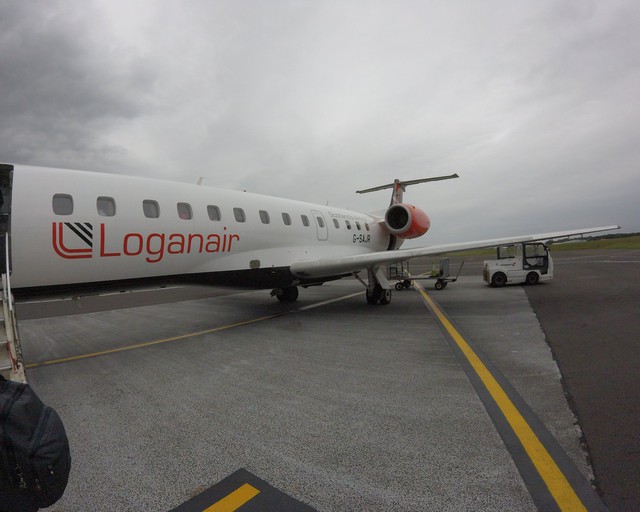 Welcome to another first for me, and what would turn into my last flight of 2020.

After a long day exploring Newcastle the previous day, I spent the day in Newcastle Airport spotting aircraft in the really empty airport. 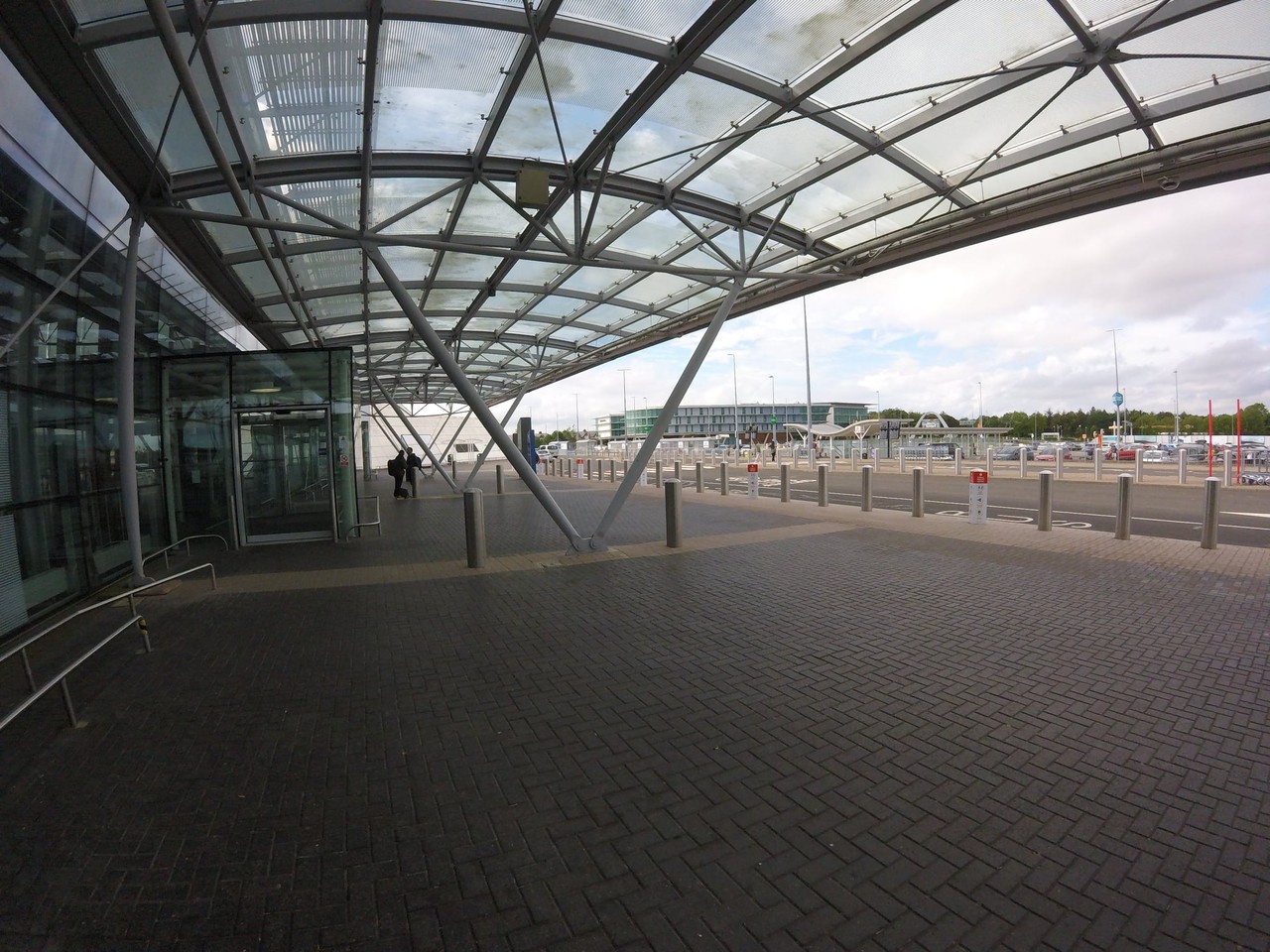 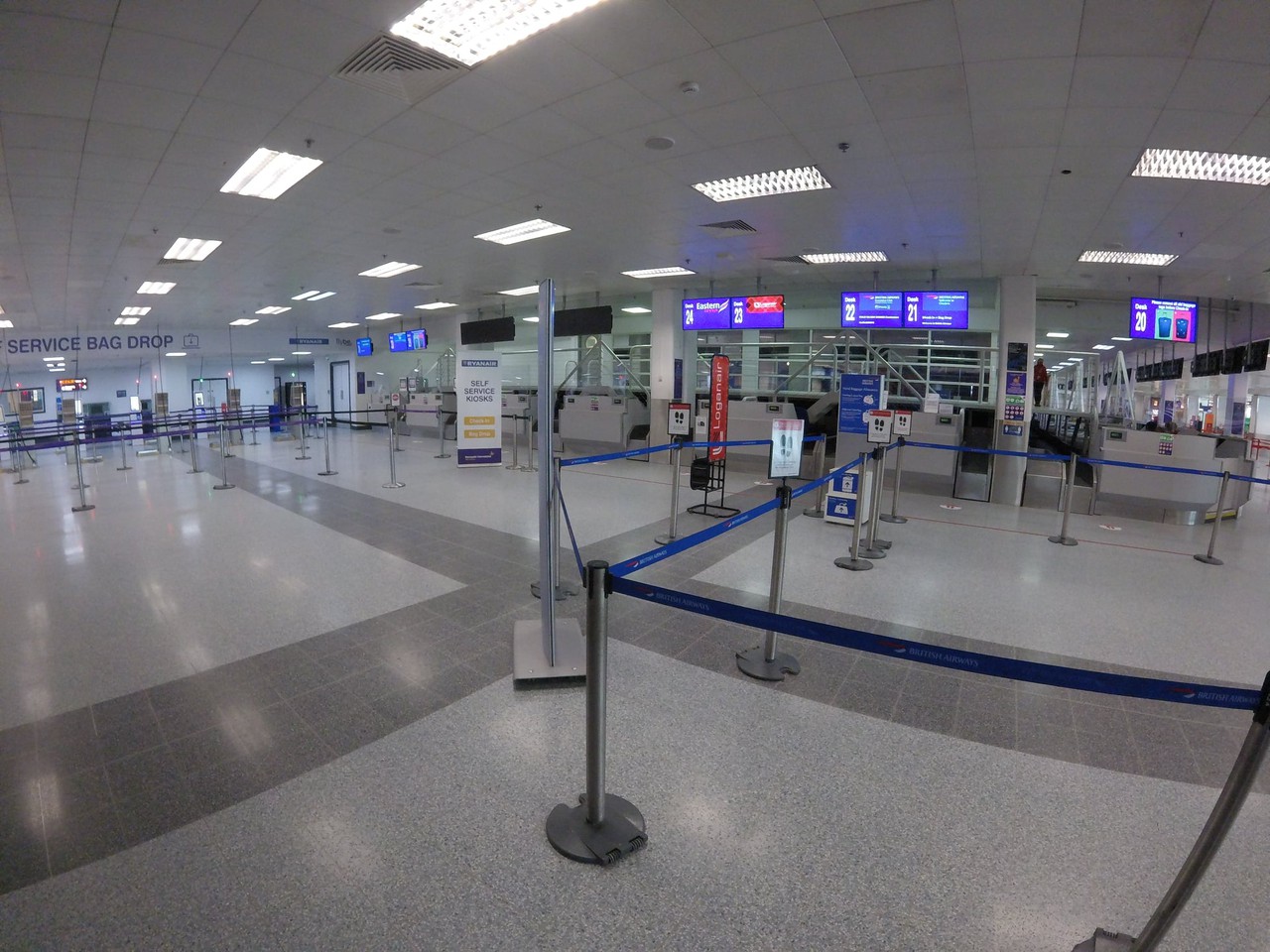 The airport had only a few bars open, and most the shops remained closed. I was there for a good 4-5 hours ahead of my flight departing, and I even had periods of time I was the only passenger walking around some areas before running into the odd airport worker. 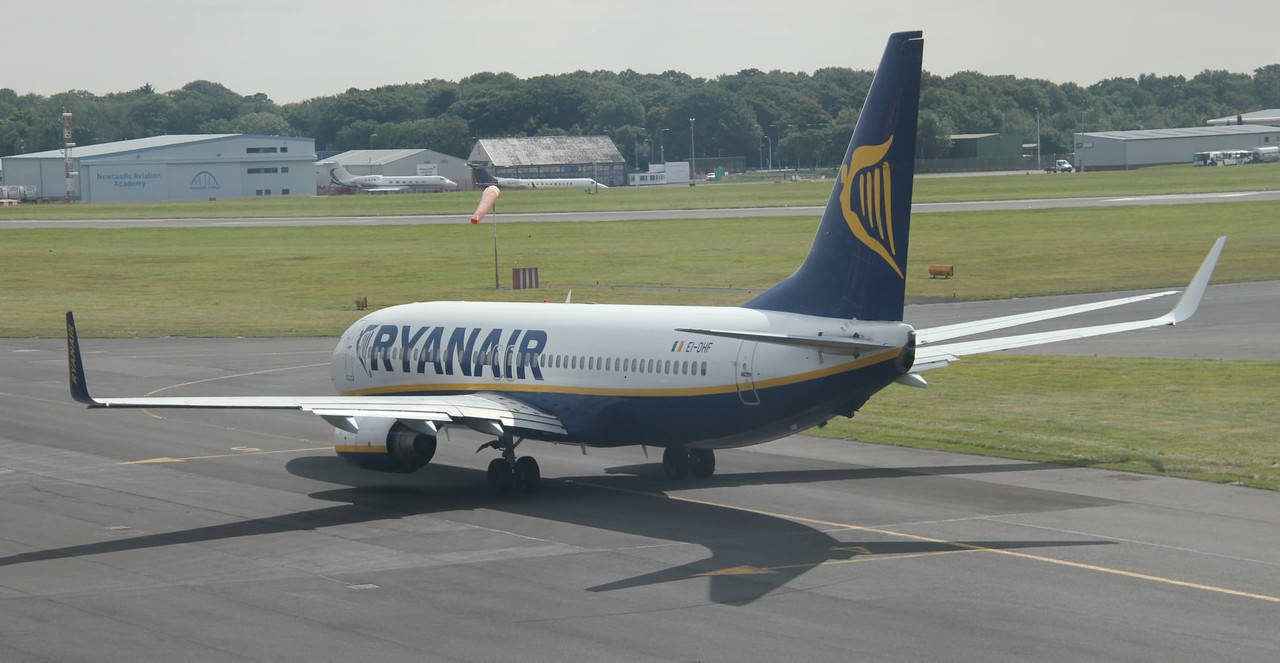 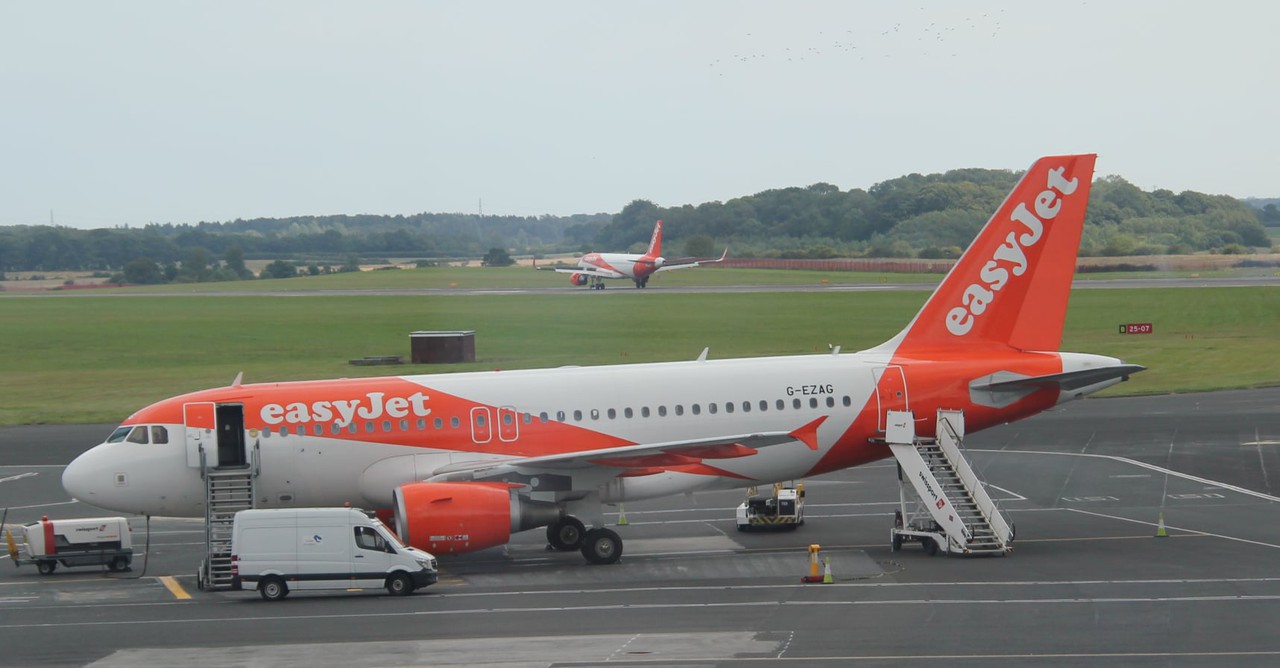 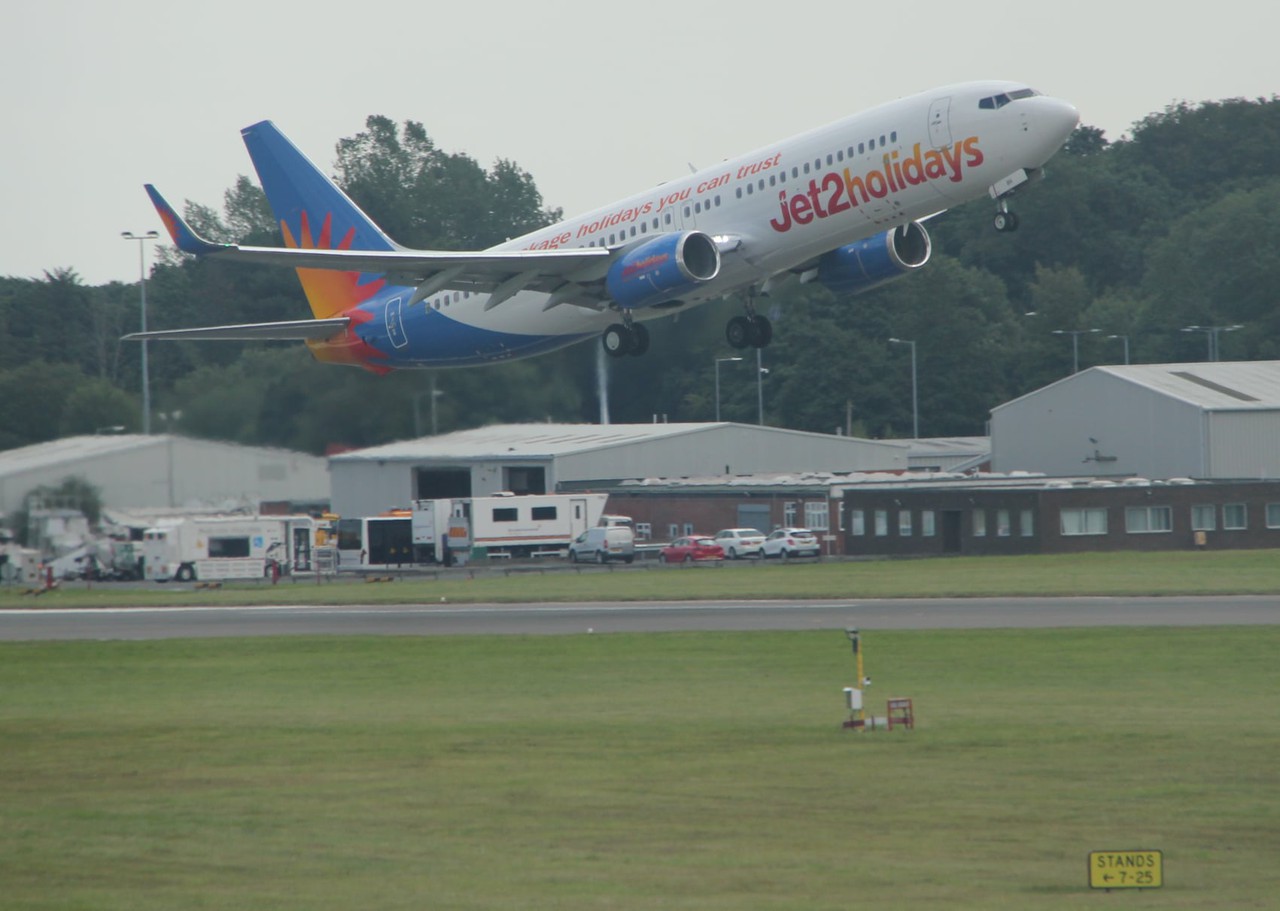 Amongst the Jet2 operations going on, there were some other movements including HOP!, easyJet, Ryanair and a heavily delayed Eastern Airways service I had flown yesterday. However I chose to use Loganair this time for variation! 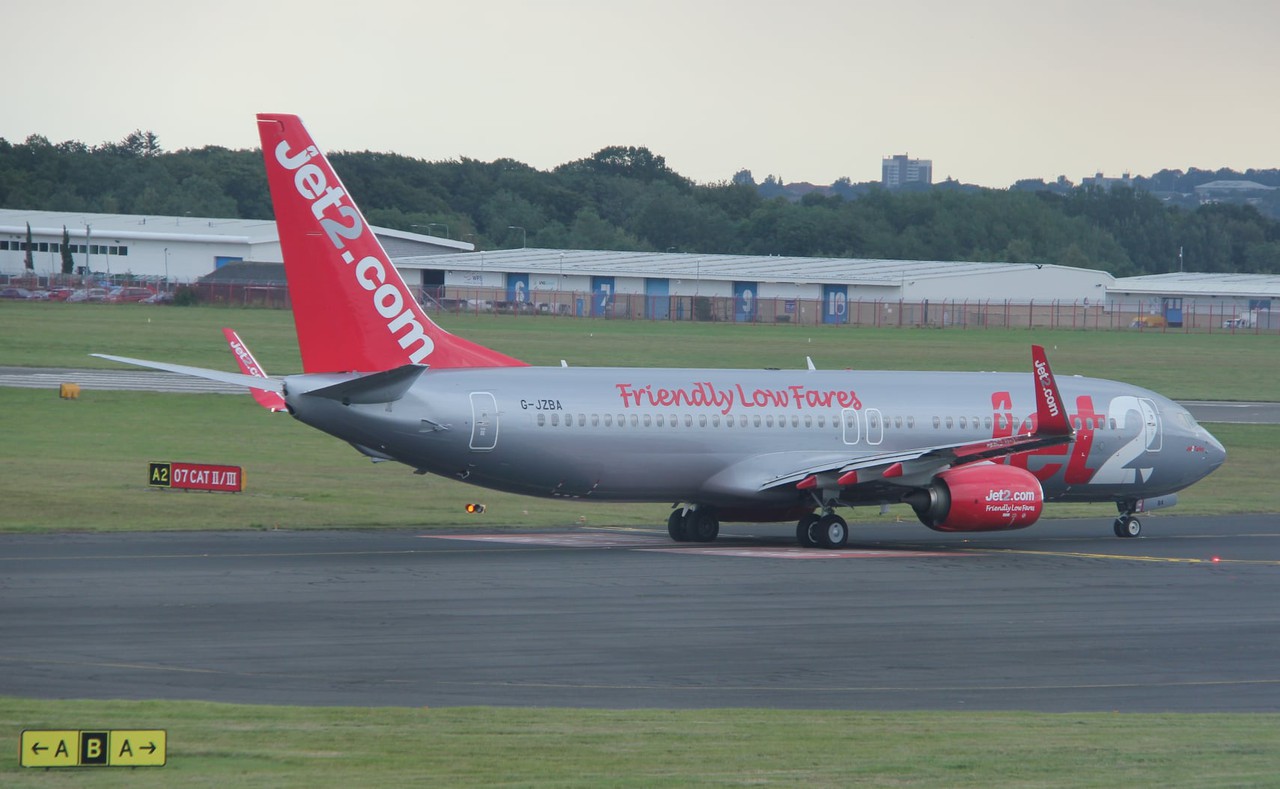 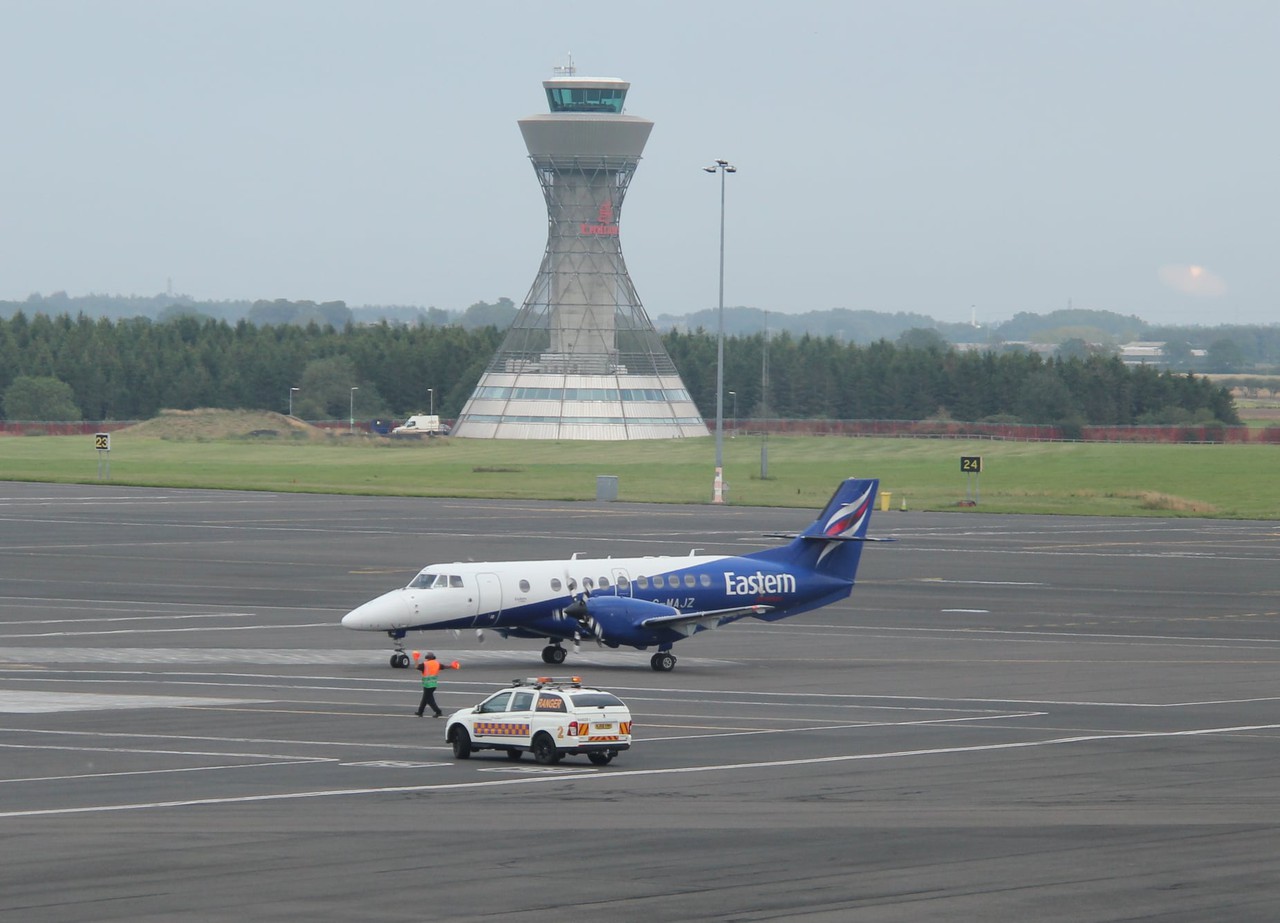 My flight today was to be on a 19 year old Embraer E-135 regional jet operated by Loganair. 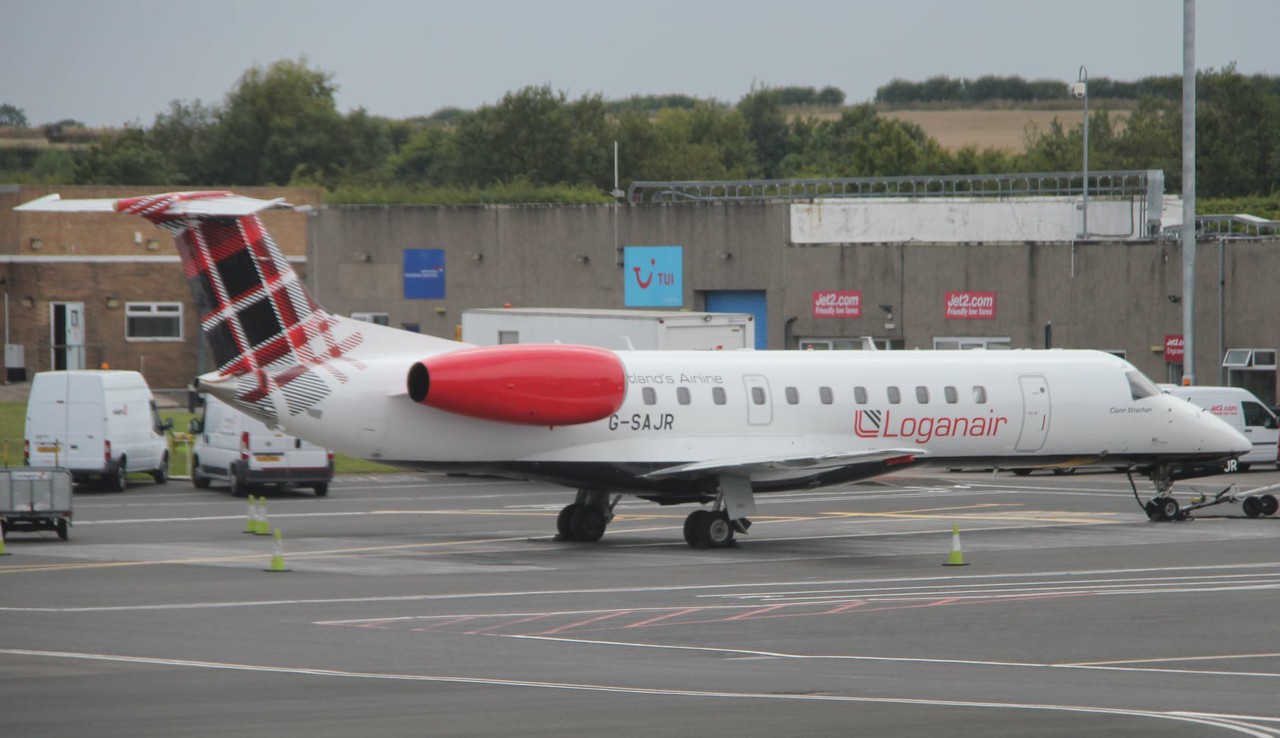 The aircraft known as "Clan Strachan" was registered G-SAJR. It was an ex-BMI Regional aircraft, acquired in 2019 following that airlines bankruptcy. It was originally an Irish owned aircraft owned by JetMagic in October 2003 under the registration of EI-ORK.

The interior of the aircraft is still in its British Midland era style. So that was a nice retro nod given I never got a chance to fly on BMI or BMI Regional before the airlines flew into history. 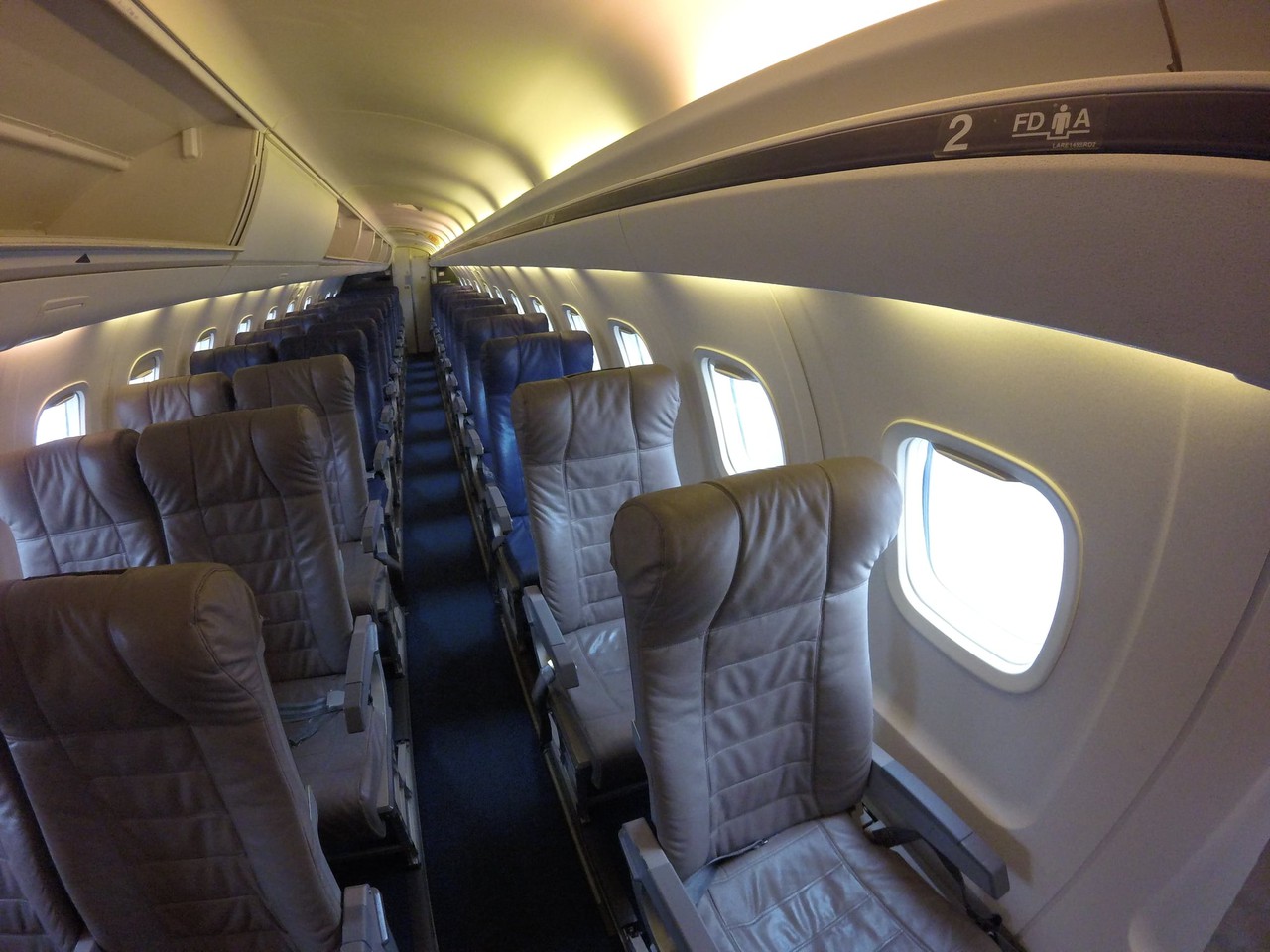 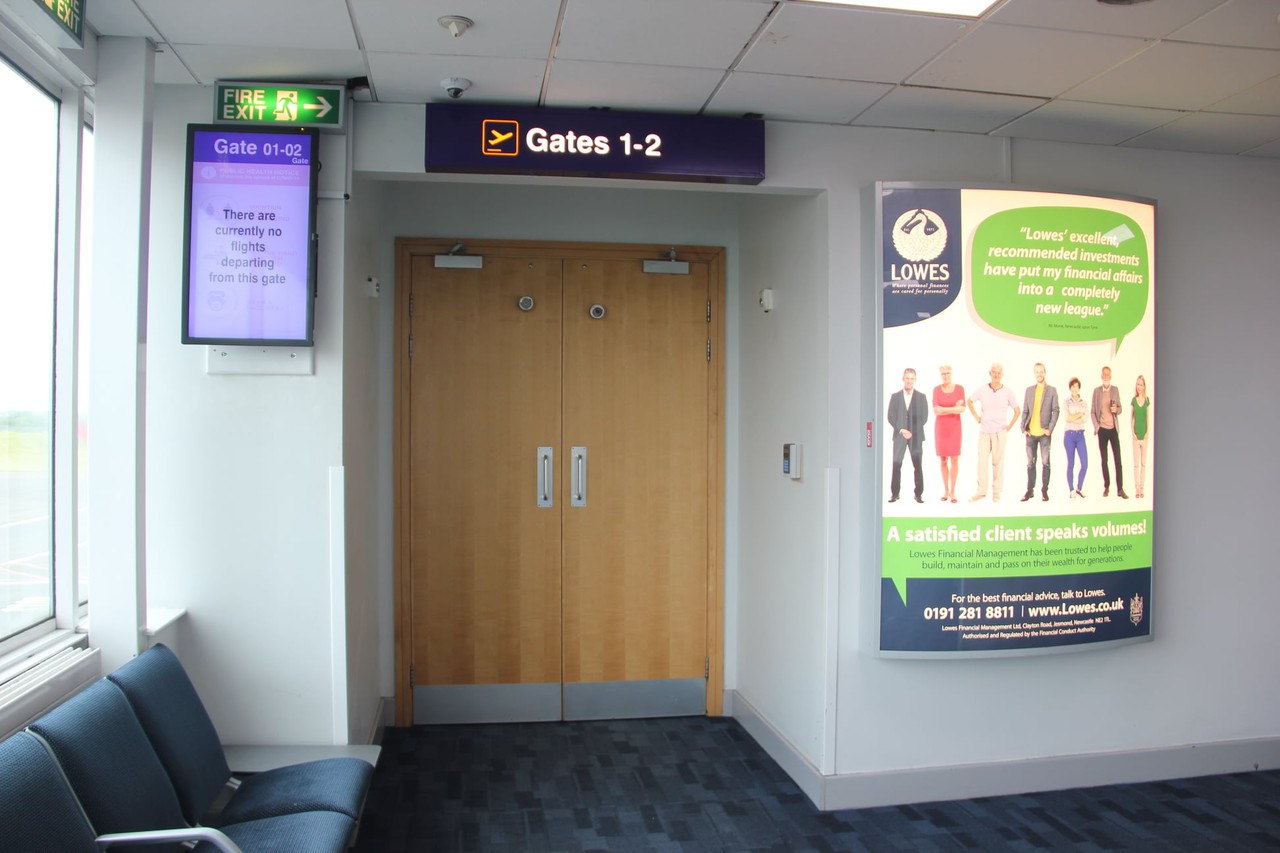 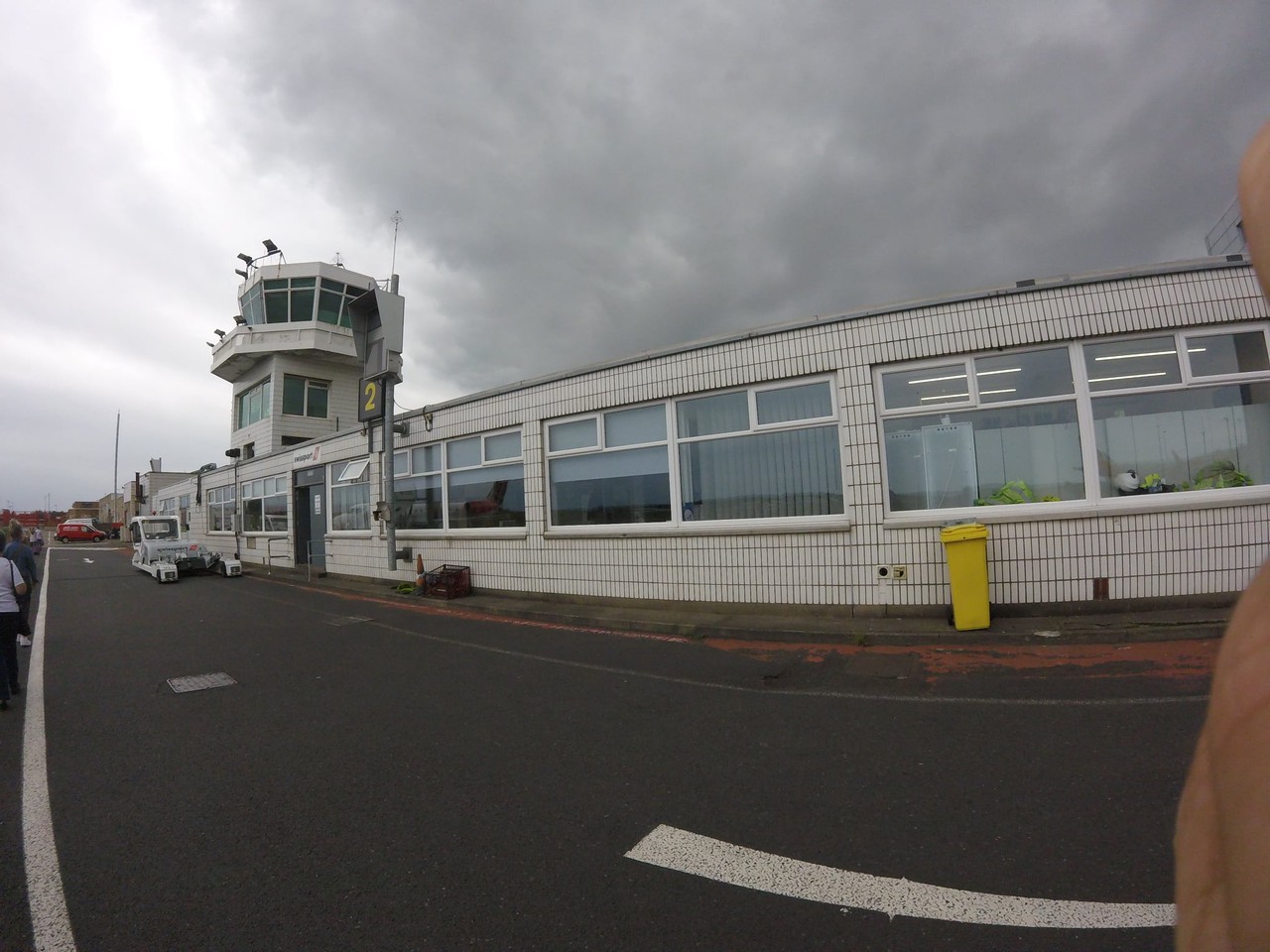 We boarded from Gates 1-2 which are at the far end of the Airport, these gates are ideal for small regional jets like the E-135.

The flight appeared to be about 75%-80% capacity as it was a fairly full flight, however there were some empty seats around the cabin. 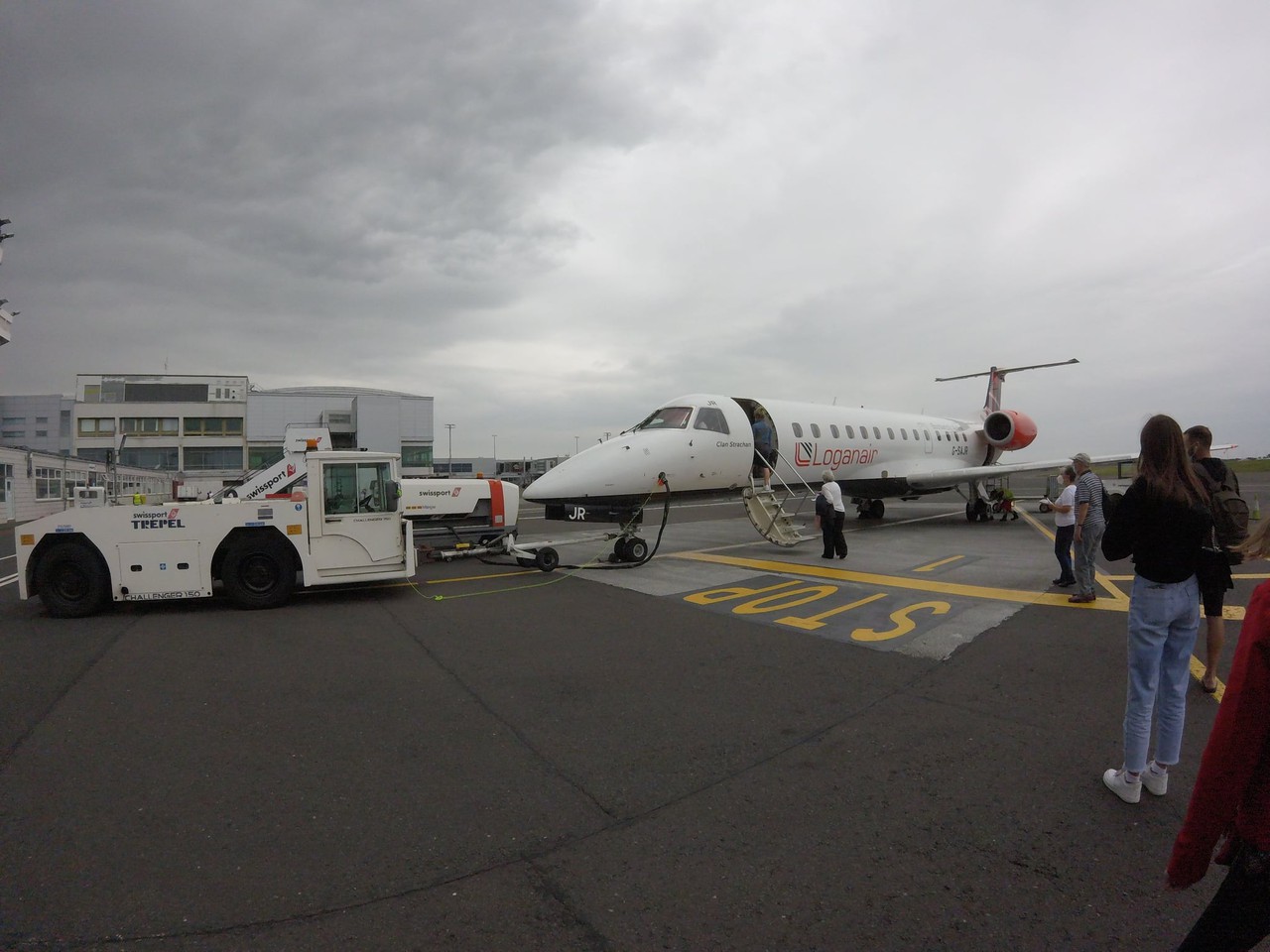 Boarding began on time, the plane was parked on a remote stand which resulted in an open boarding, always a plus for me!

I chose to board towards the end of the que to allow for some ramp pictures whilst I waited to board, I got these cabin shots at SOU after landing. 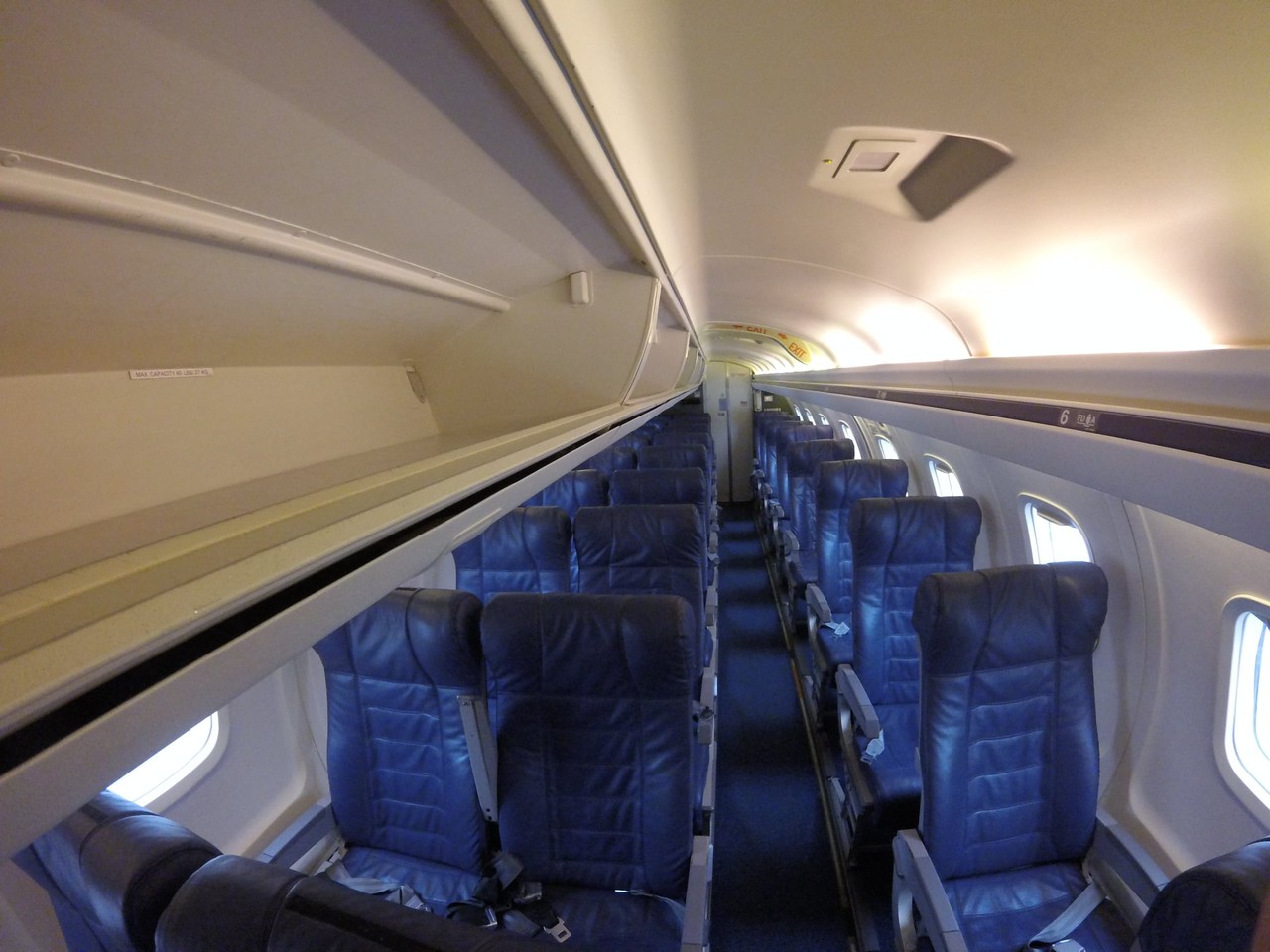 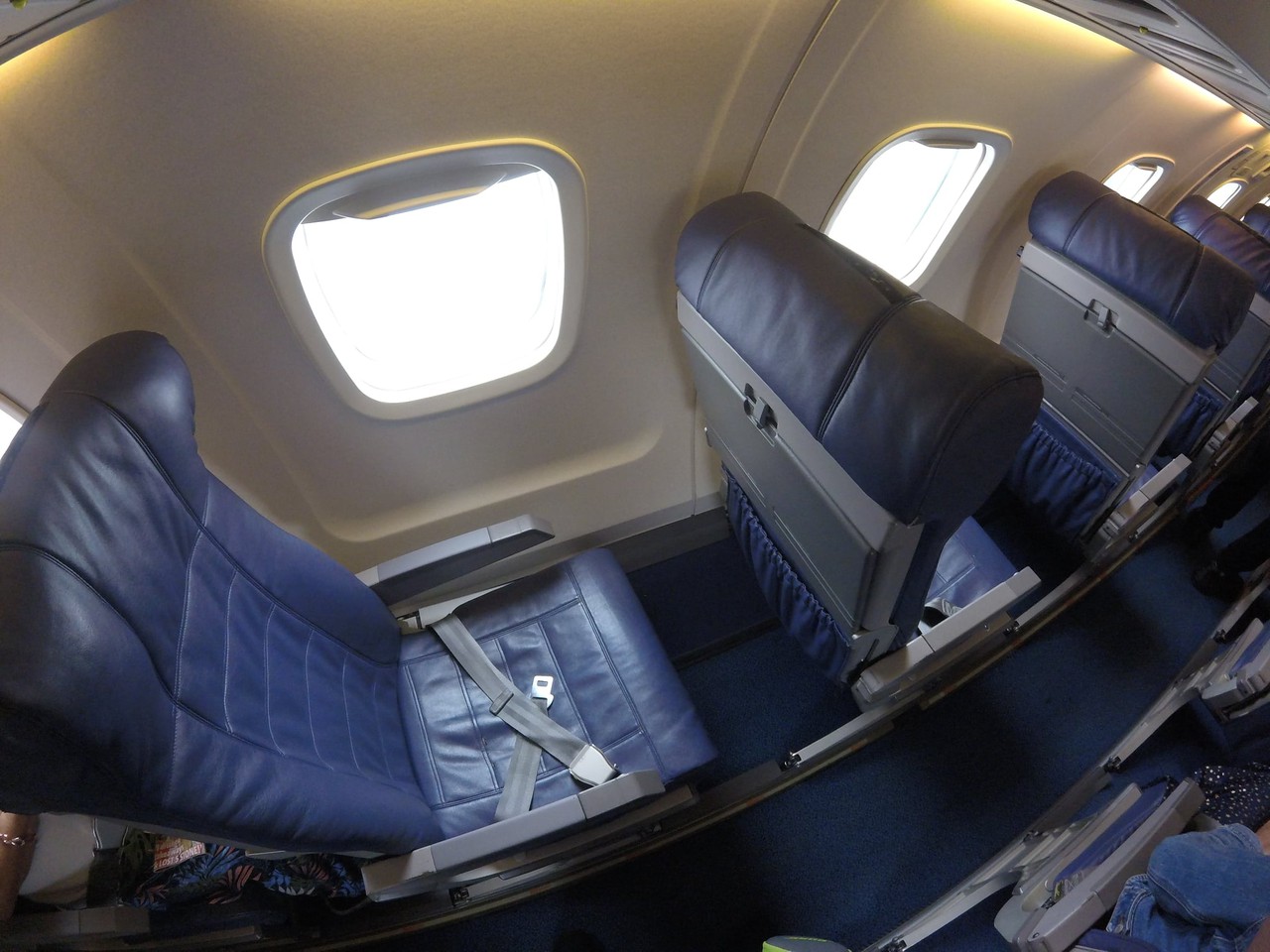 I preselected my seat to ensure I got a view of the wing & engine. It cost an extra £6 to do so, but I got the Seat 16A, which not only had the view I wanted, but I was also in the single seat isle. The Loganair ERJ fleet is configured 1-2 seating. 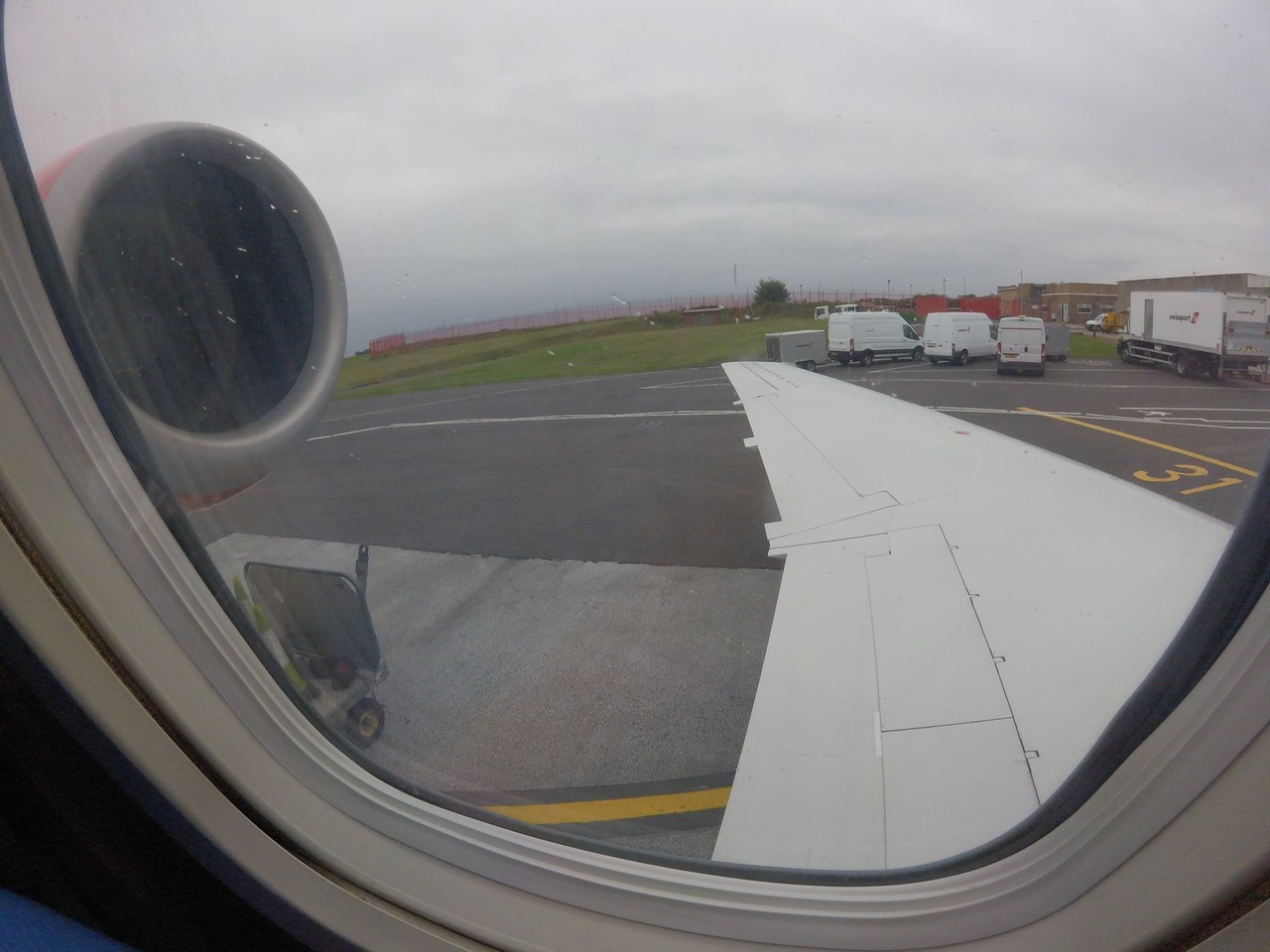 We had a short taxi out to the runway from our remote stand. We took off from Runway 07, which was next to our parking stand. 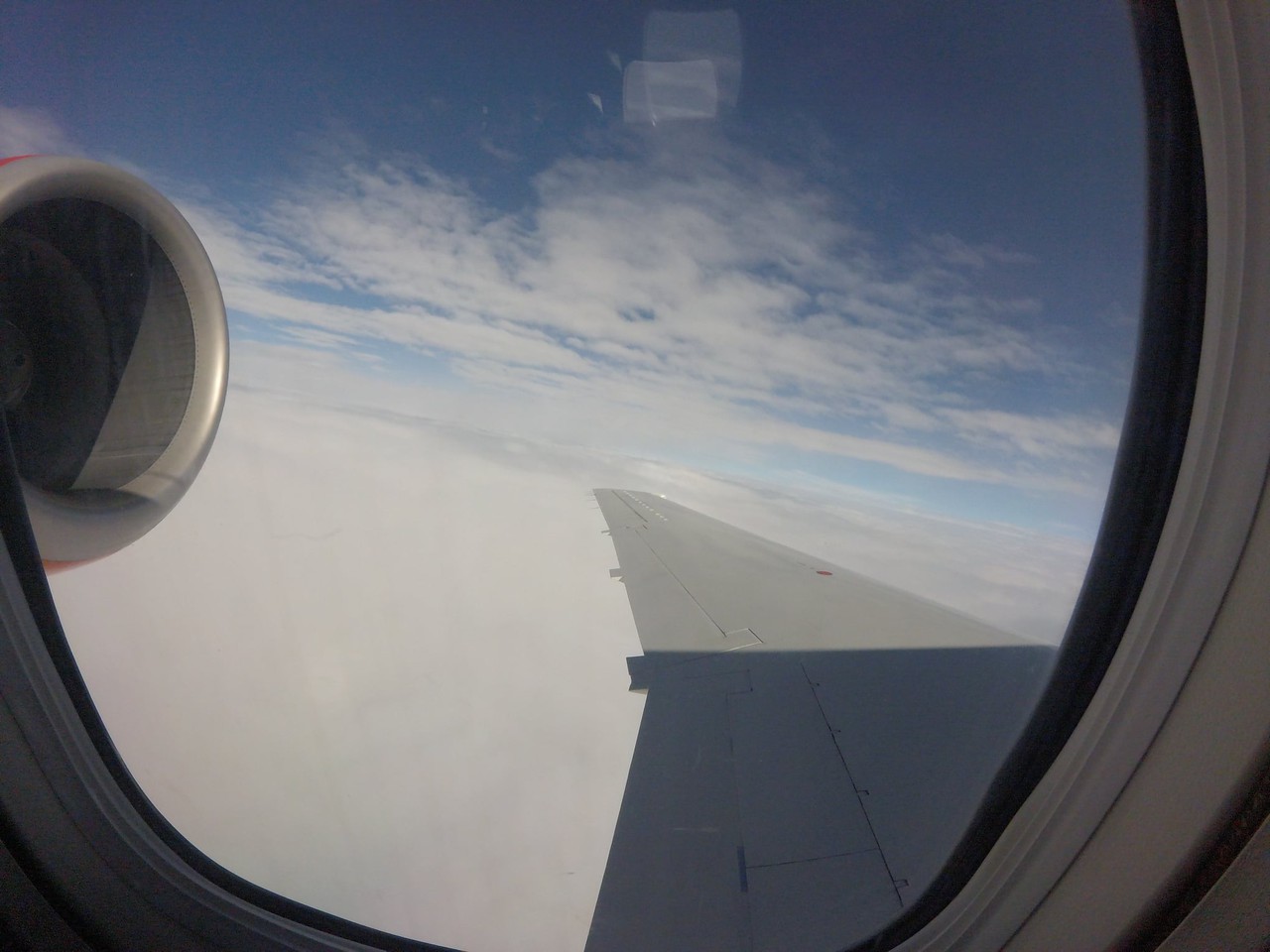 The take off and cruise was uneventful, the service was different due to the Covid restrictions, so our flight attendant only gave out small cups of water to customers, which I appreciated as wearing a mask for hours on end in an airport and on the flight can get quite stuffy, so a small water was ideal. I had also brought a cereal bar left over from my hotel breakfast package, and for passing the time I also had the then latest Airliner World magazine, as in-flight magazines were also a "No-No" for now. 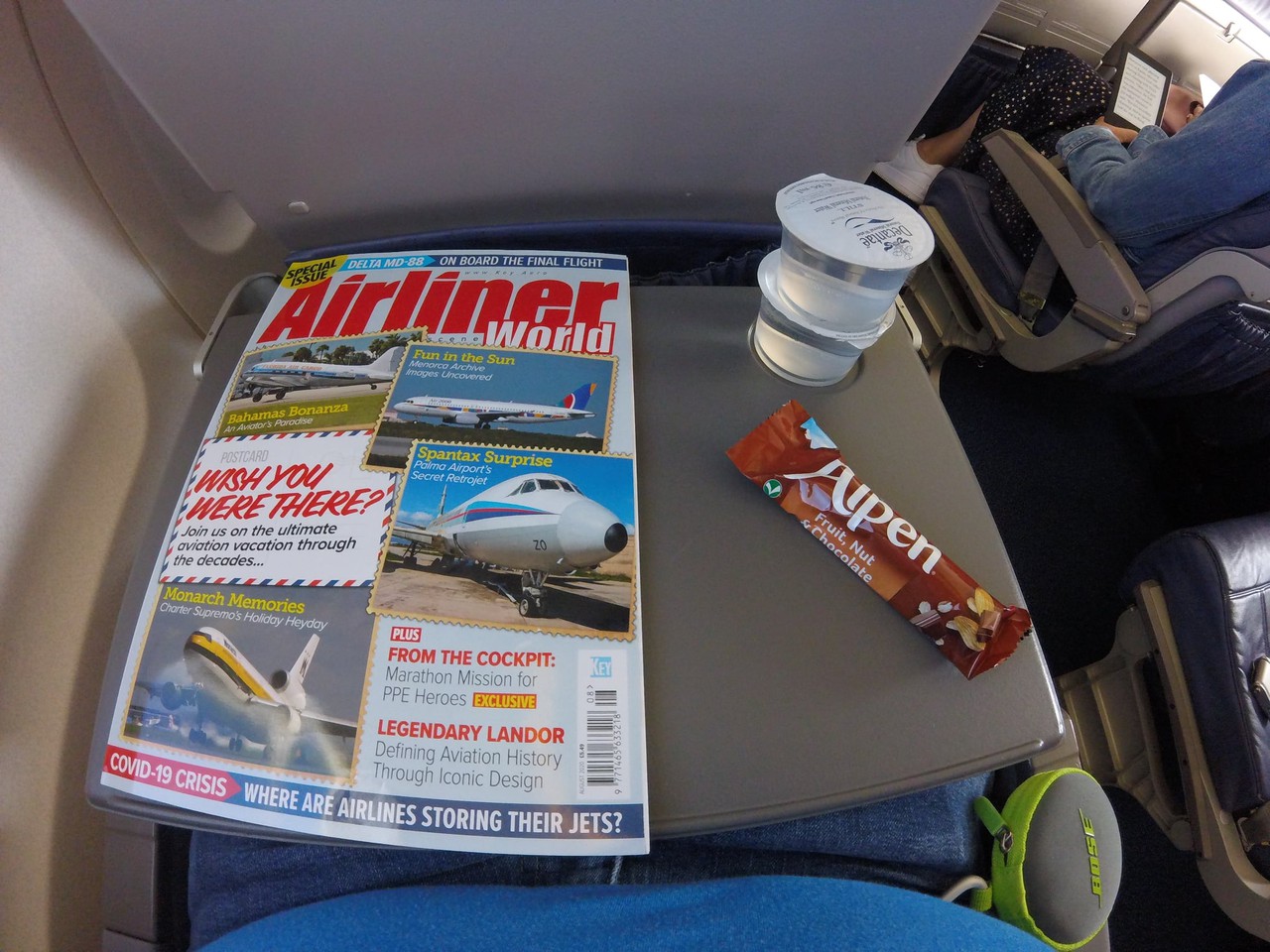 In due course the plane began its final decent into Southampton, the hour long flight passed pretty quickly.

There was a lot of thick cloud near Southampton that afternoon, so it took a while before the ground came into view, and it wasn't long before landing. Once we came through the clouds, I could tell we were coming in from the North of the runway. 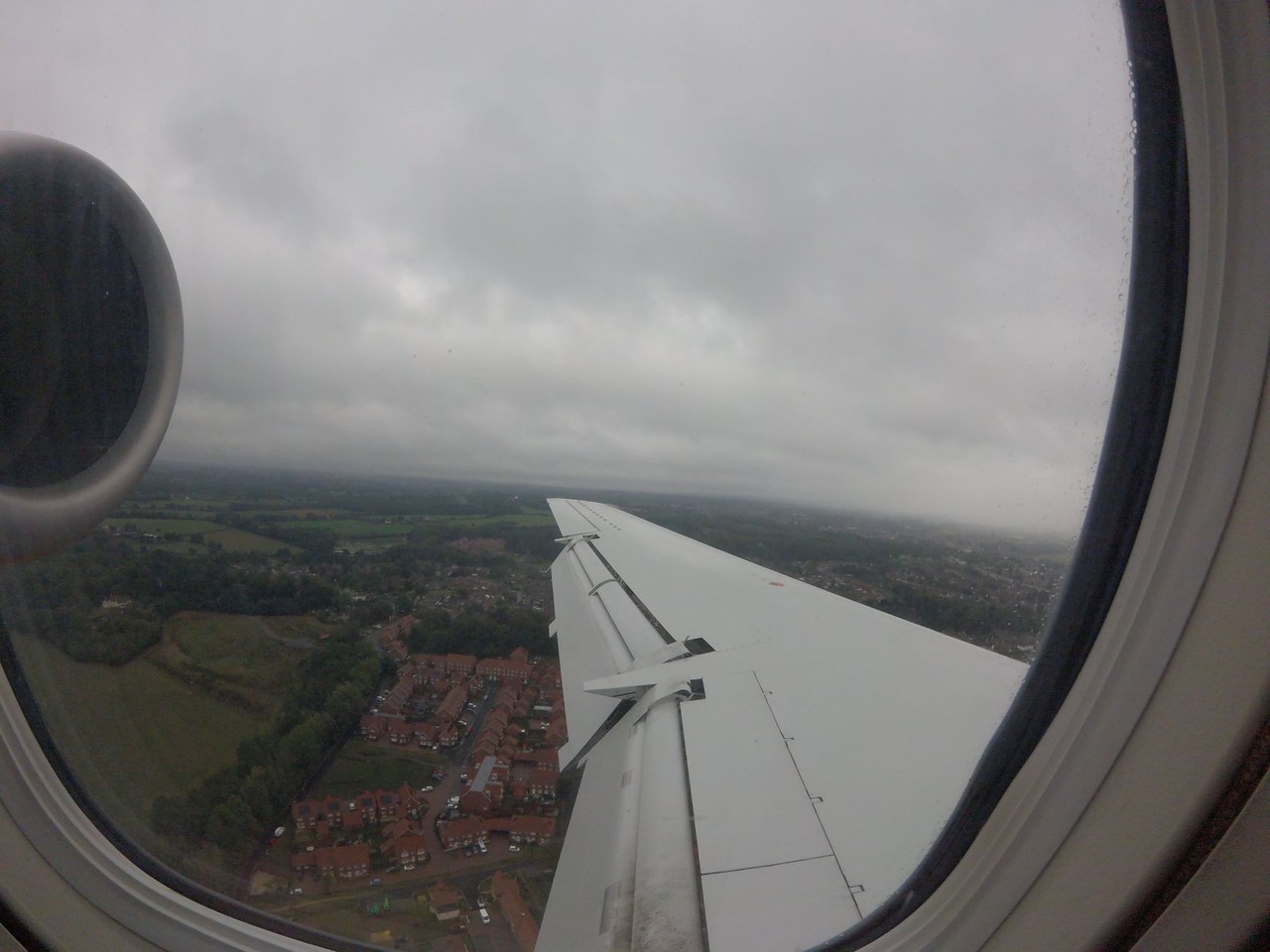 We landed on time, and we taxied over to the terminal at SOU, parking ironically next to the Eastern BAe-41 which had left NCL only an hour before our flight. Despite Eastern Airways and Loganair taking up most the Flybe domestic routes, the airport is still a shell of its pre-2020 glory. I hope the airport can recover and grow still as its a nice airport. 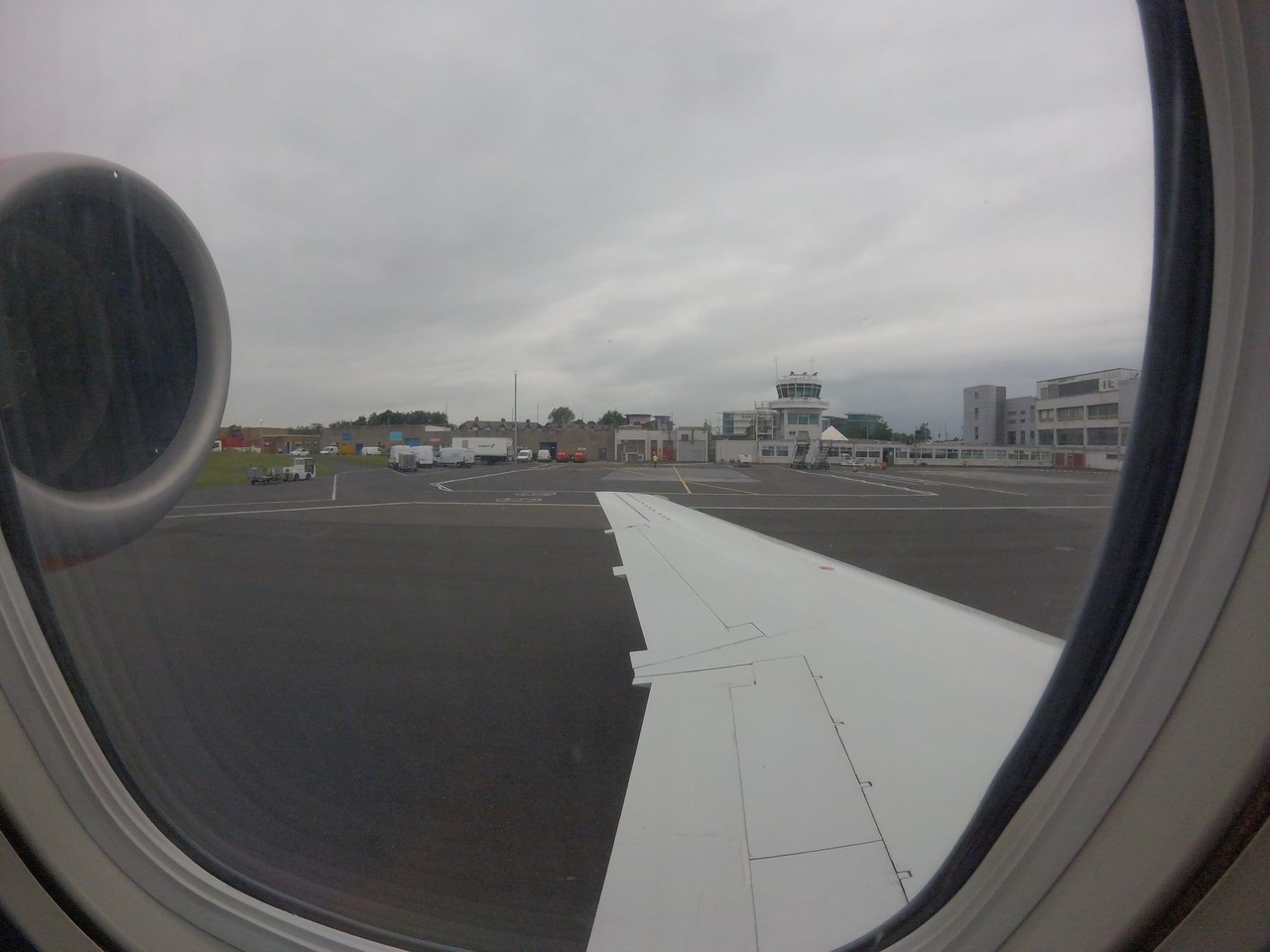 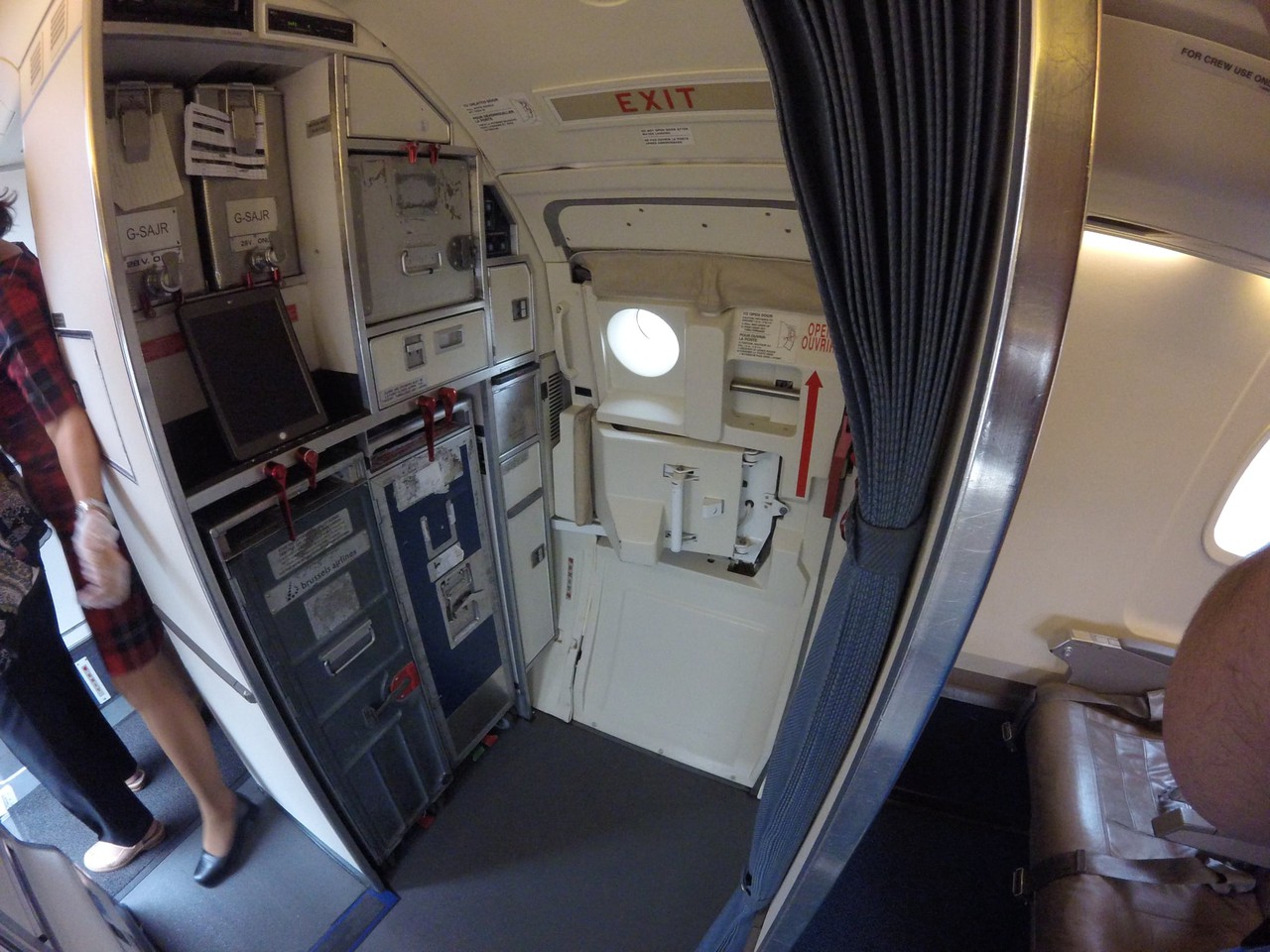 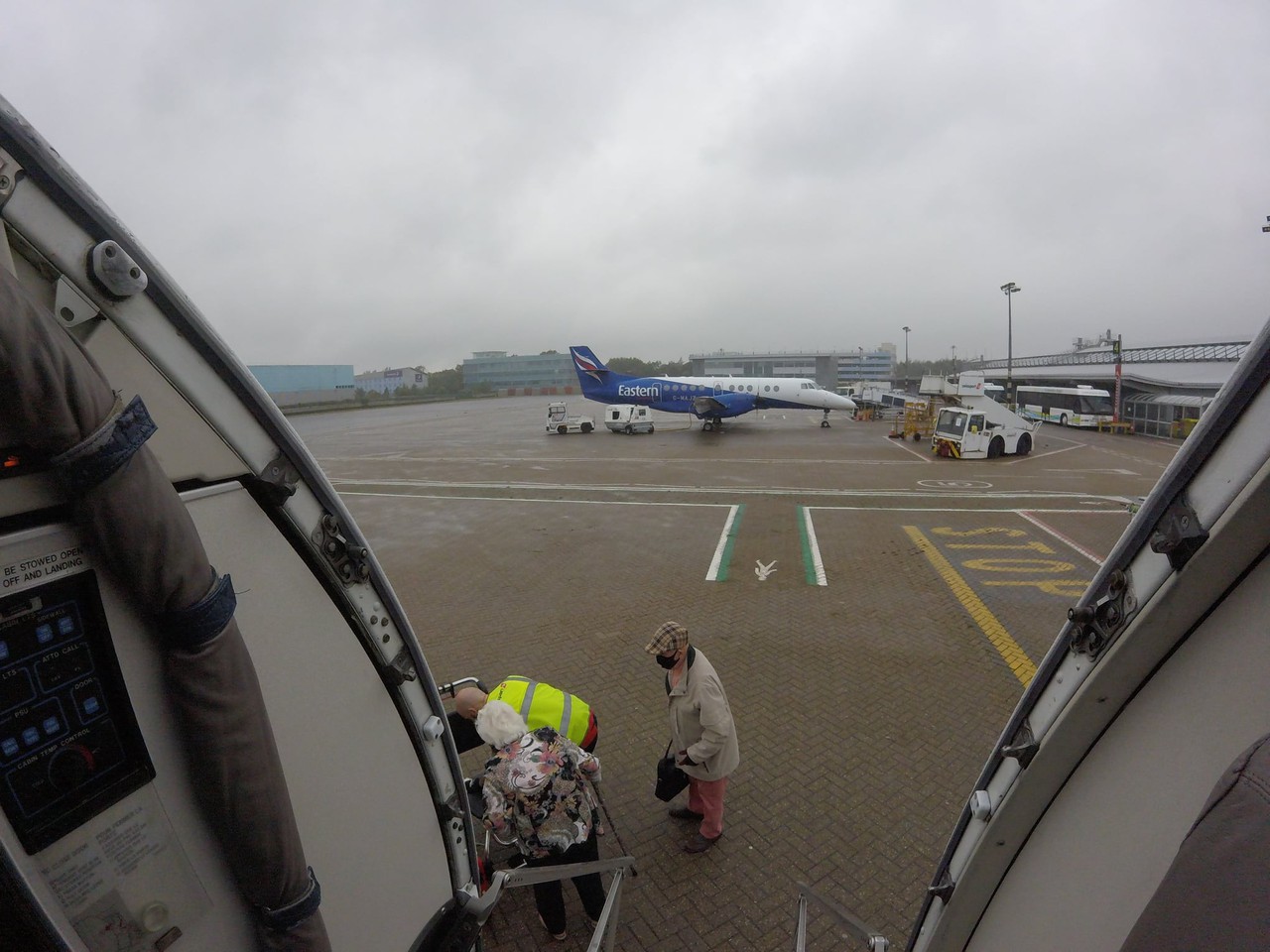 Exiting the aircraft I made my way to domestic arrivals and in less than 2 minutes I was landside, having completed my final flight and trip of 2020. 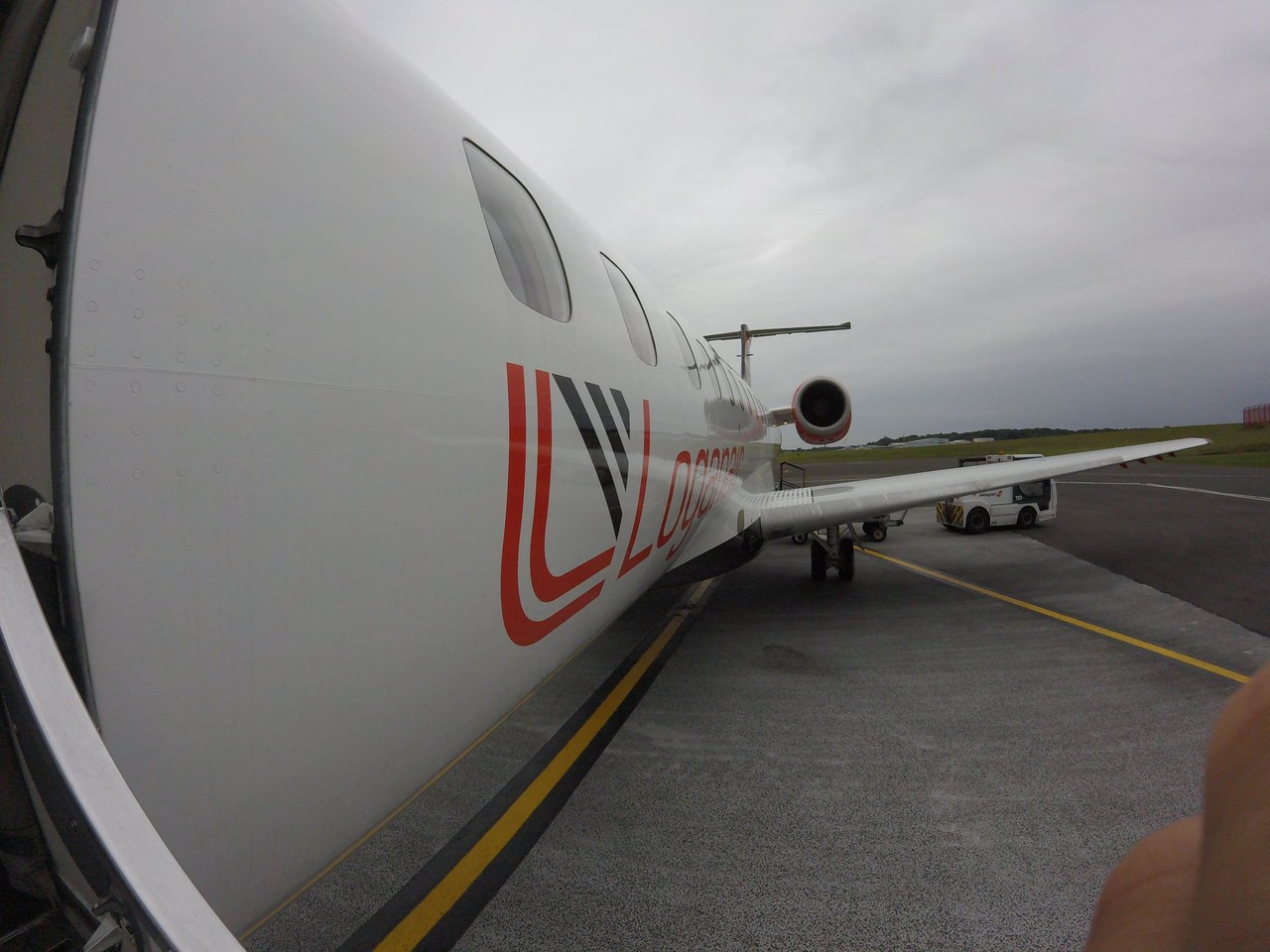 The Britannia Hotel at Newcastle Airport I stayed in!

The gate at China Town

The Newcastle Tyne Bridge with Sage Gateshead behind it

Newcastle Airport- Despite most of the airport shops/restaurants being shut or on limited hours, the airport was still able to provide services to passengers, despite the huge drop in passengers the pandemic has given them.

Southampton- Services non existent, but they are still able to provide domestic services around the UK. I think some places have since opened since I last travelled from SOU.

Loganair- Good first impressions, I can't wait to try them with a more usual service in 2021.