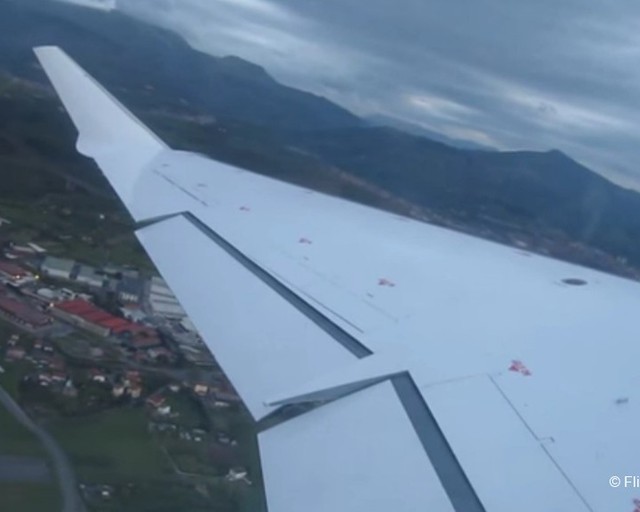 1 – this moment in your life when you first sign up to flying blue!
2 – at bilbao airport
3 – on board the crj700
4 – at paris charles de gaulle airport

this moment in your life when you first sign up to flying blue!

Hello all,
Lately i found myself some more free time than ever, and so I have digged into my old pictures to try to offer you some past experiences.

Today this flight I am reporting was pretty much the first time I flew Air France as a "young" adult and for business reasons. I was working for a really big french company that is 400 years old and first produced glass and mirrors ;).

We were going a few times as a business trip to a manufacturing plant in spain, between Santander and Bilbao (first time was with Iberia reports here and here), and this time we tried to go from Bilbao with Air France.

I wasn't a fan of my boss at the time, his management style was pretty old fashioned but he really pushed me to sign up with Flying Blue, as the company policy was to fly with Air France when possible. About a decade later I am trapped into the AirFrance strategy!!

I have not taken any pictures on the way there, only found pictures flying back to Paris.

As you can see we bought tickets through Air France but the flight is operated by Brit Air. At the time Air France franchised its immediate regional/domestic routes on smaller planes to Brit Air, Regional and Airlinair; the three of them became Hop!. 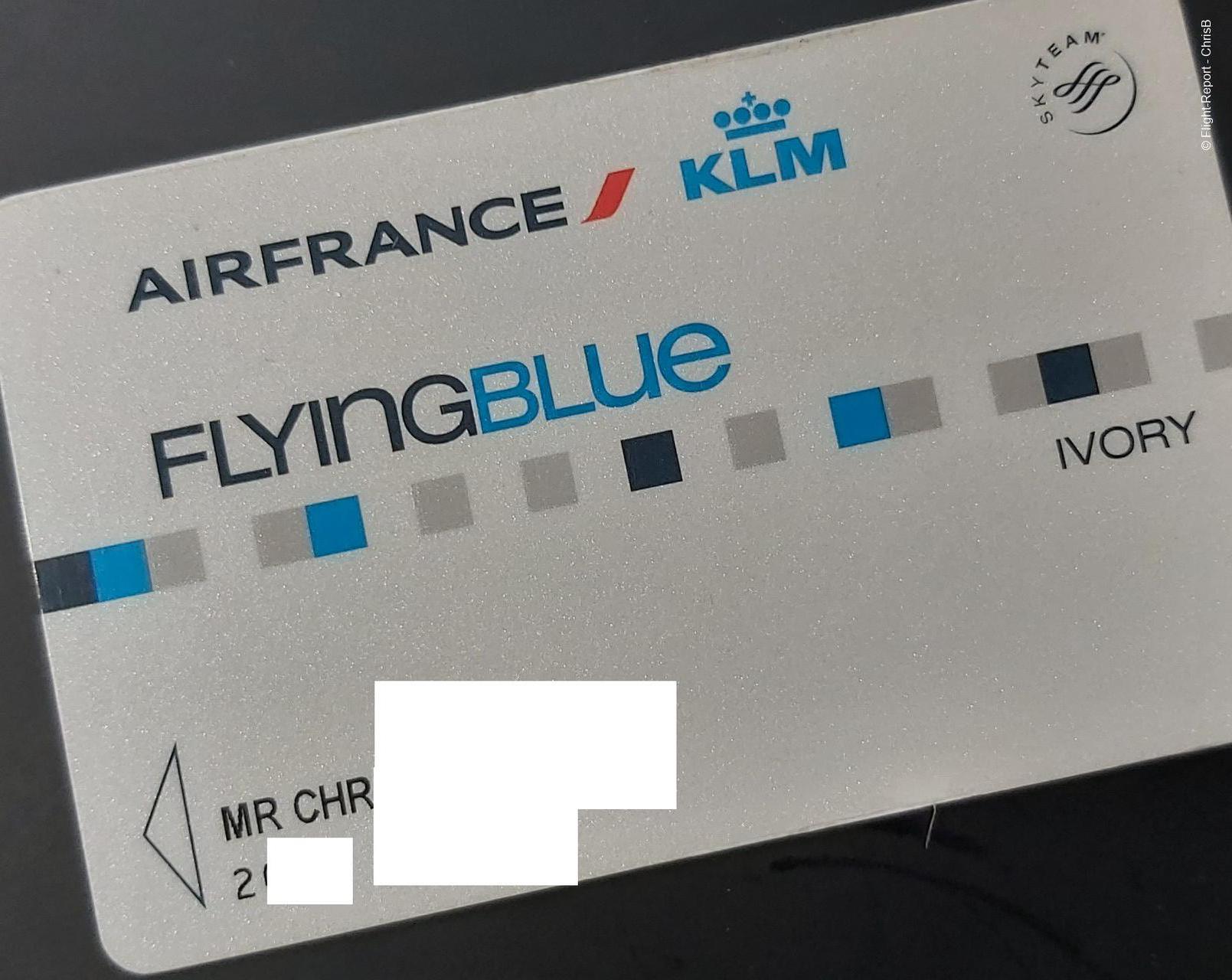 Here I usually write the amount of miles earned, but frankly I don't remember and not sure how to find it sorry!
If you were to travel this route today you'd earn about 5XP and I take around 250 miles. 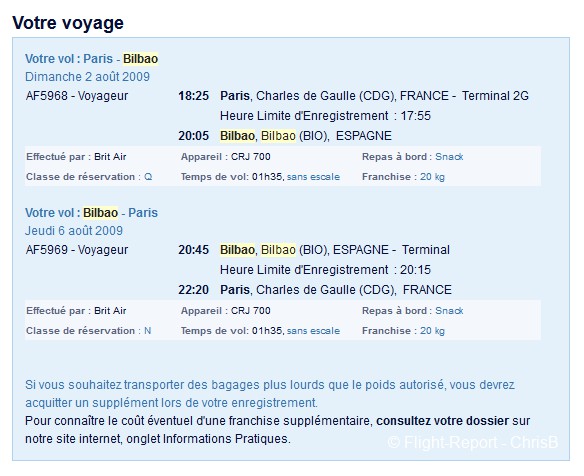 After a few days at Torrelavega, my colleague and I dropped our rental car at the airport and went to the checkin counter (remember it was in 2009 and I am not sure online checkin existed!)

I did not check my bag in, I remember being given a green "cabin luggage" tag.

Bilbao airport is stunning - my picture a bit less I am sorry. 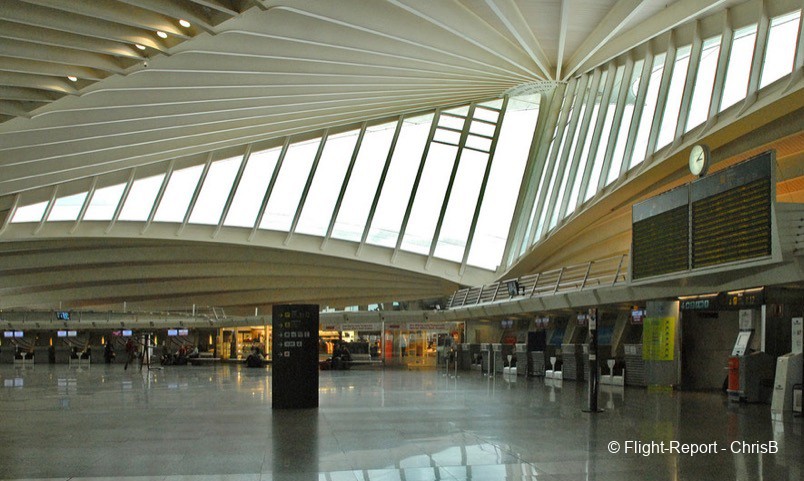 Going through security was really easy, and we arrived at the right end of the terminal, where we took a small transfer bus to our plane.

I dropped my luggage in front of the aircraft and it was directly put in the small hull under the cabin of the CRJ700.

During the flight my spanish neighbour engaged the conversation with me. She was really into history, telling me how she felt the north of Spain was different to the rest of the country etc and she had really funny comments about Franco's rule, saying that he wasn't that bad… 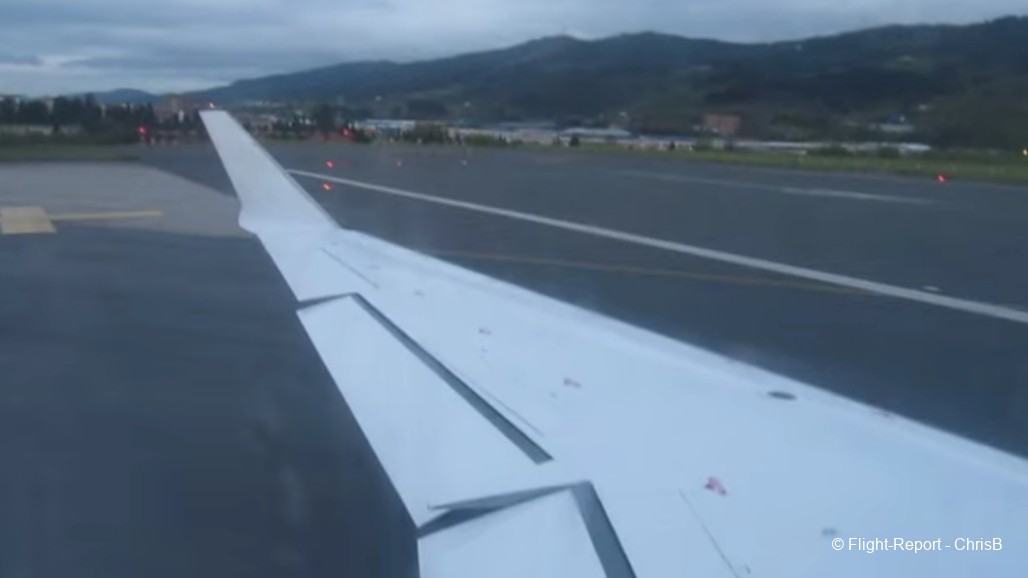 Britair, one of the three former regional airlines of Air France, was the world's launch customer of the CRJ700. Air France only bought the regional airline in 2000, after having succesfully delegate 33 of its regional routes. Today, the airline's successor, Hop!, still uses 12 of the 15 CRJ700s of Britair.
My first time in Air France's regional airline and back in the days there was no difference with Air France - unlike Hop now. 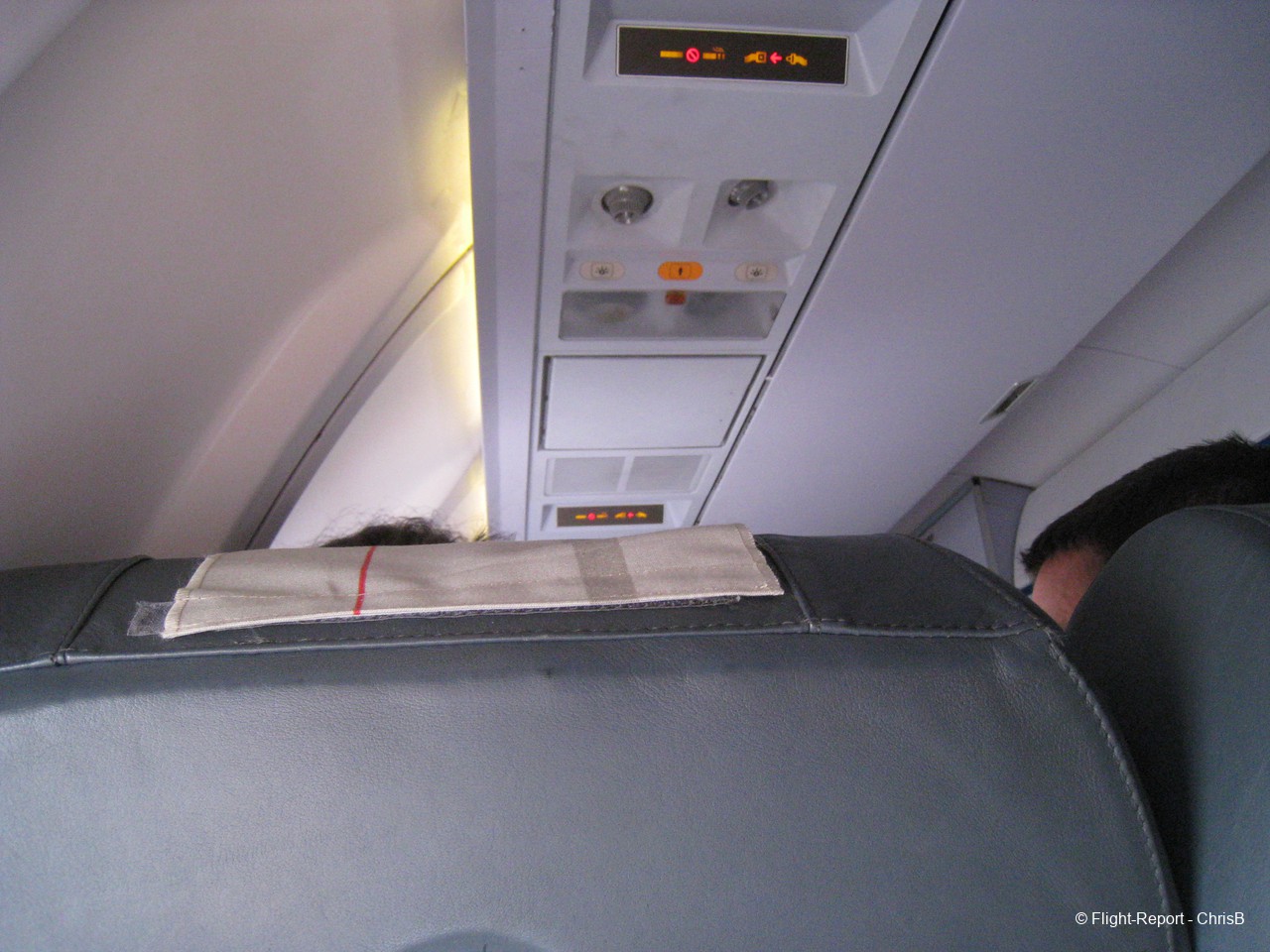 My seat, that I found quite confortable.

You can see the old header of Air France.


We taxied up until the exact opposite end of the runway for a prompt take off.. 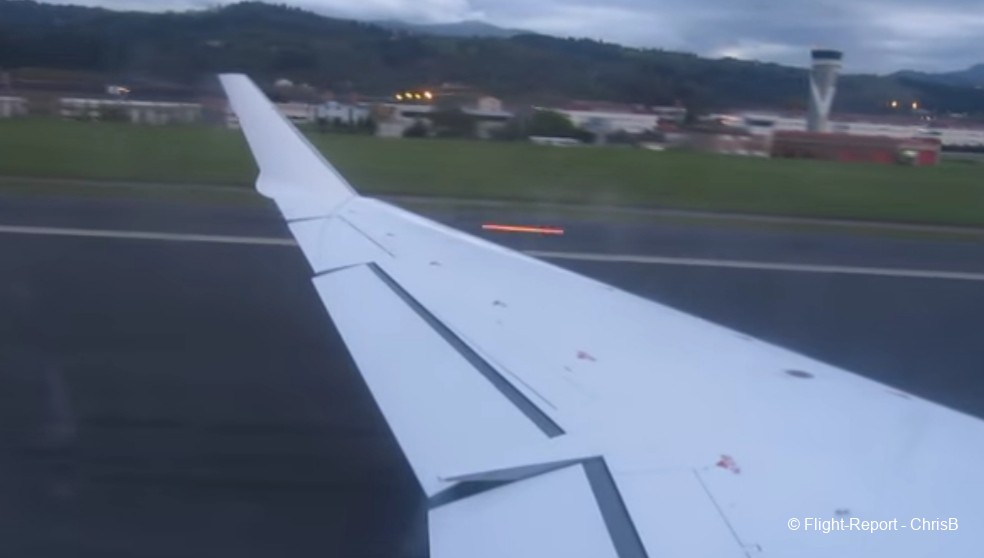 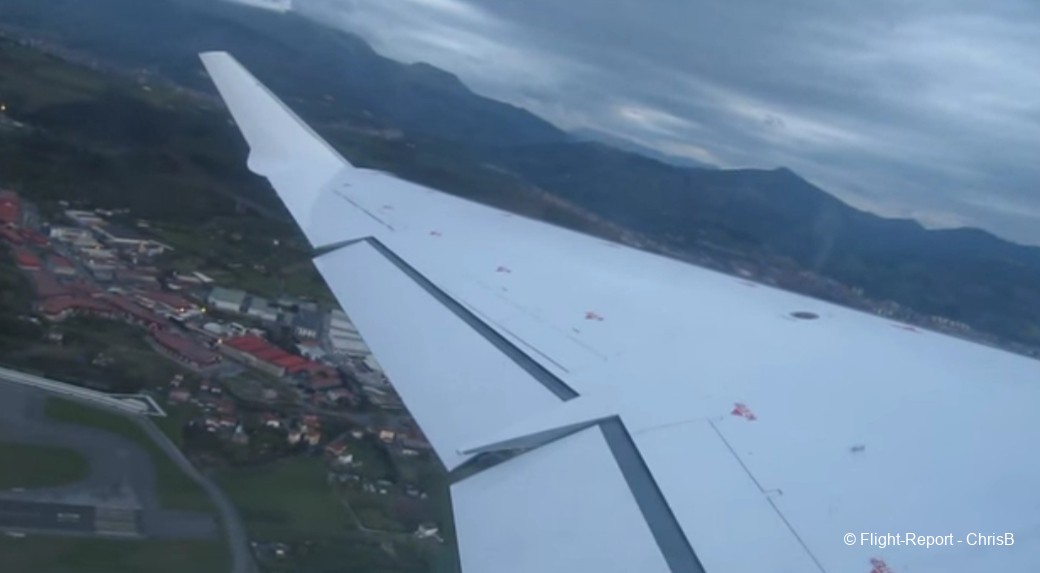 A collection of views from the sky 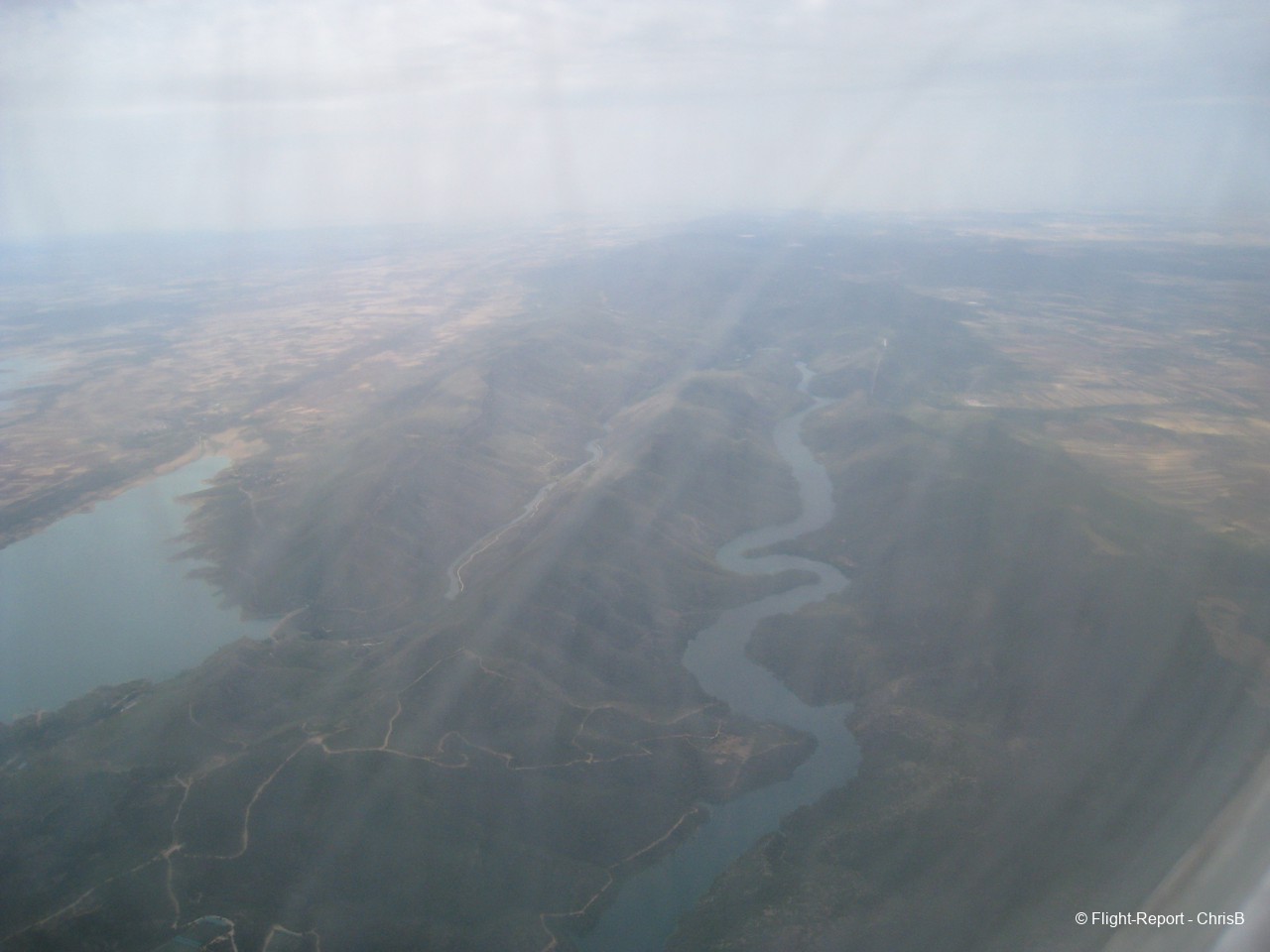 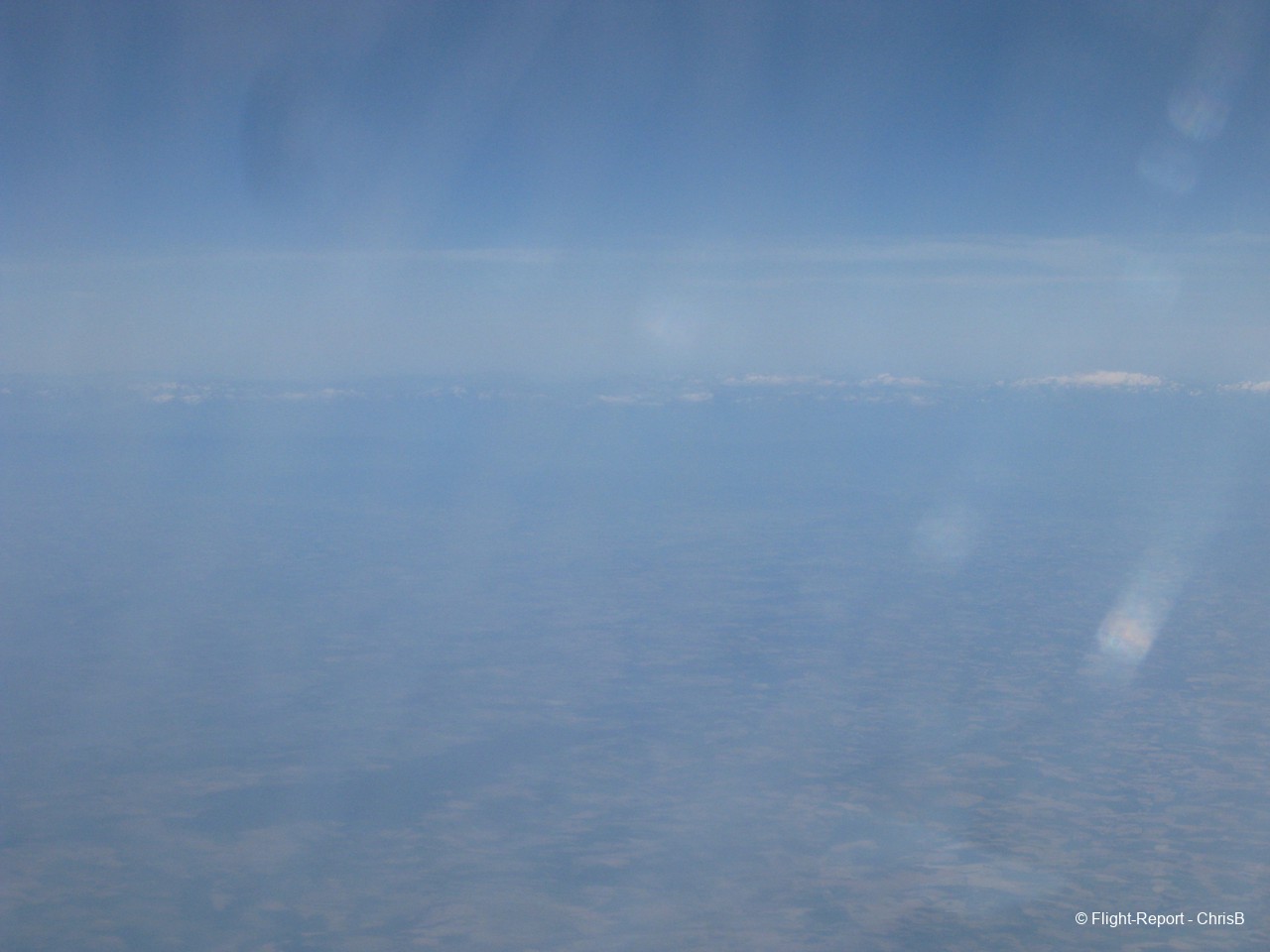 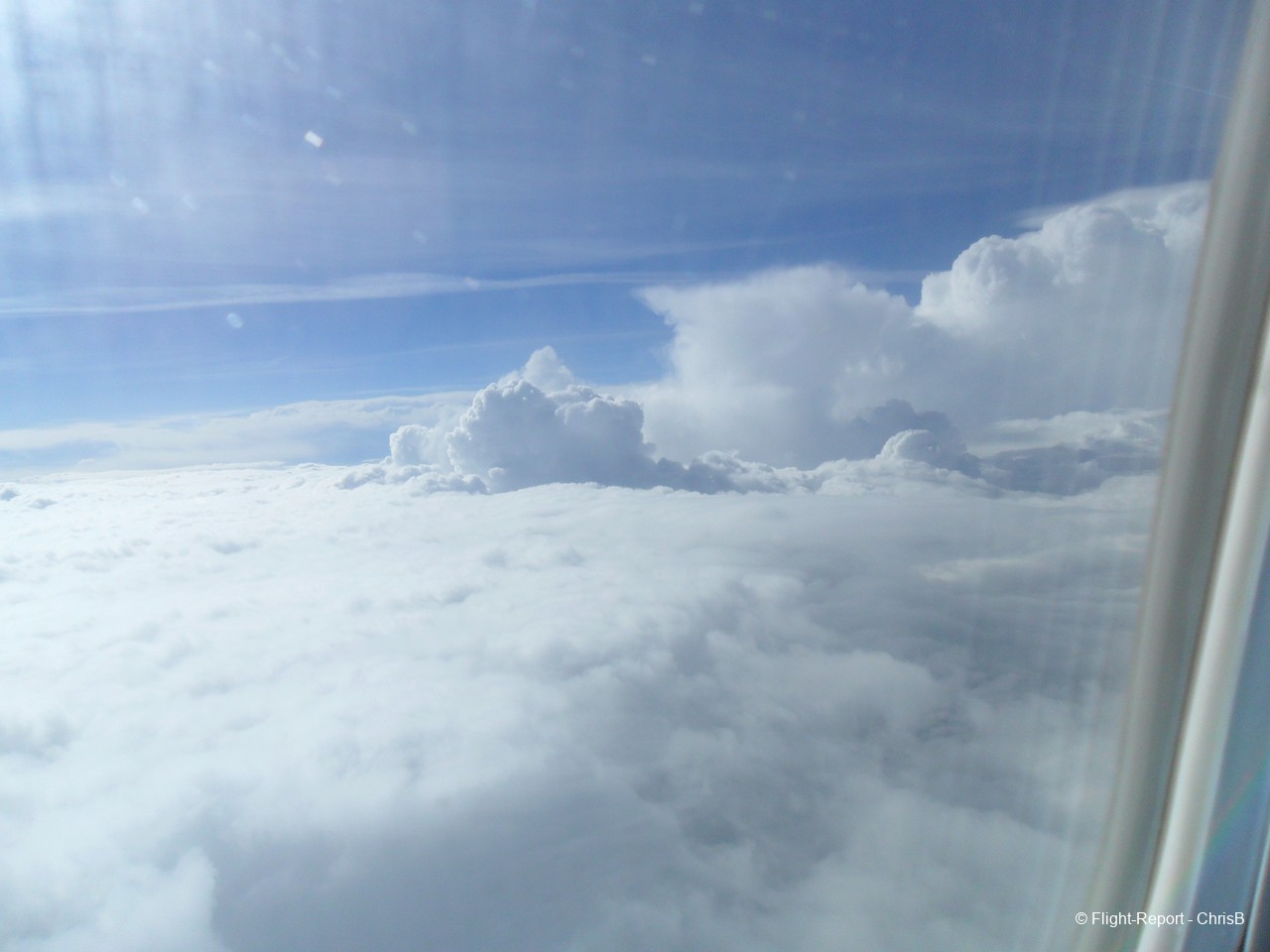 And some more… but with some frost this time!! 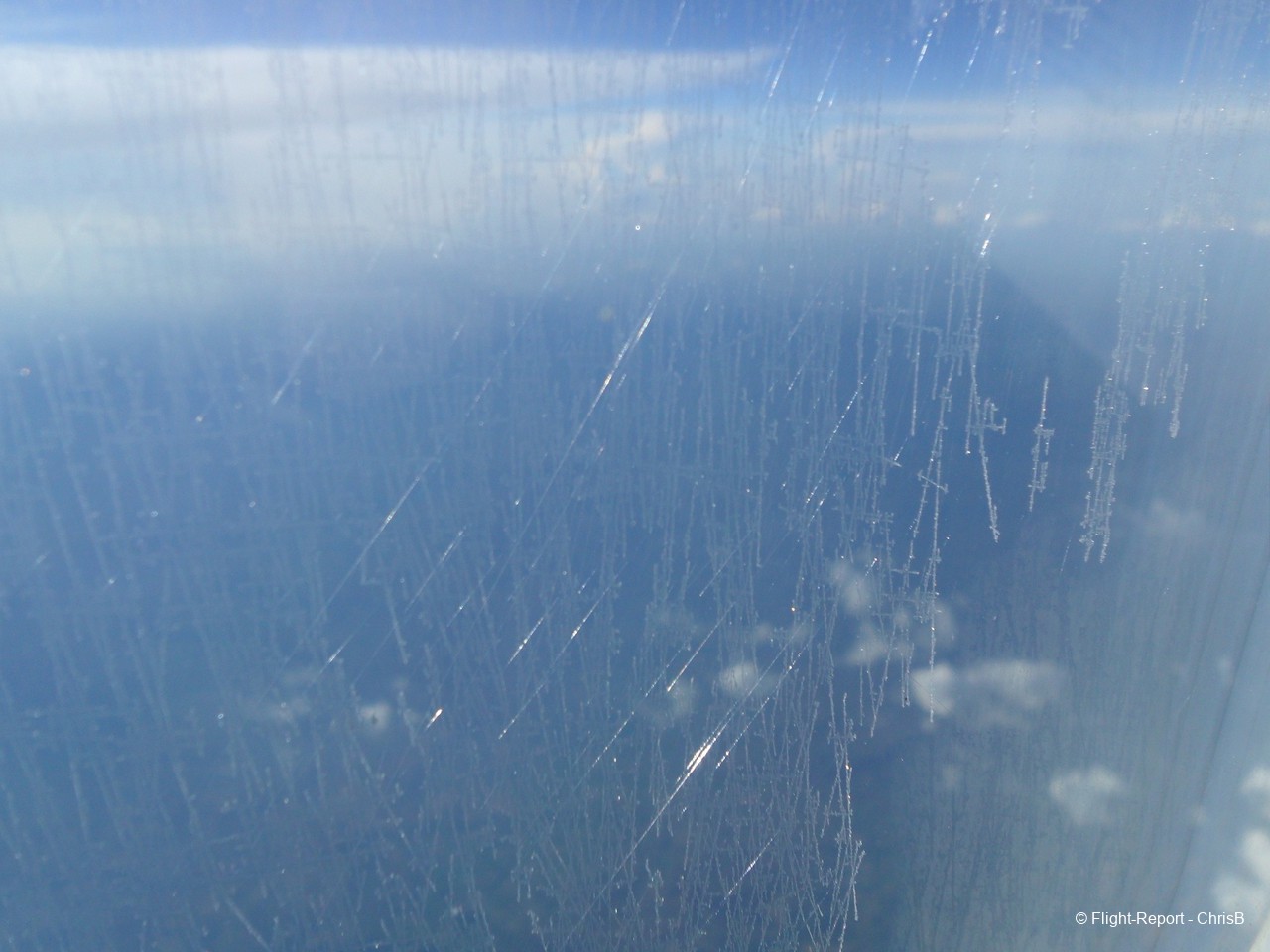 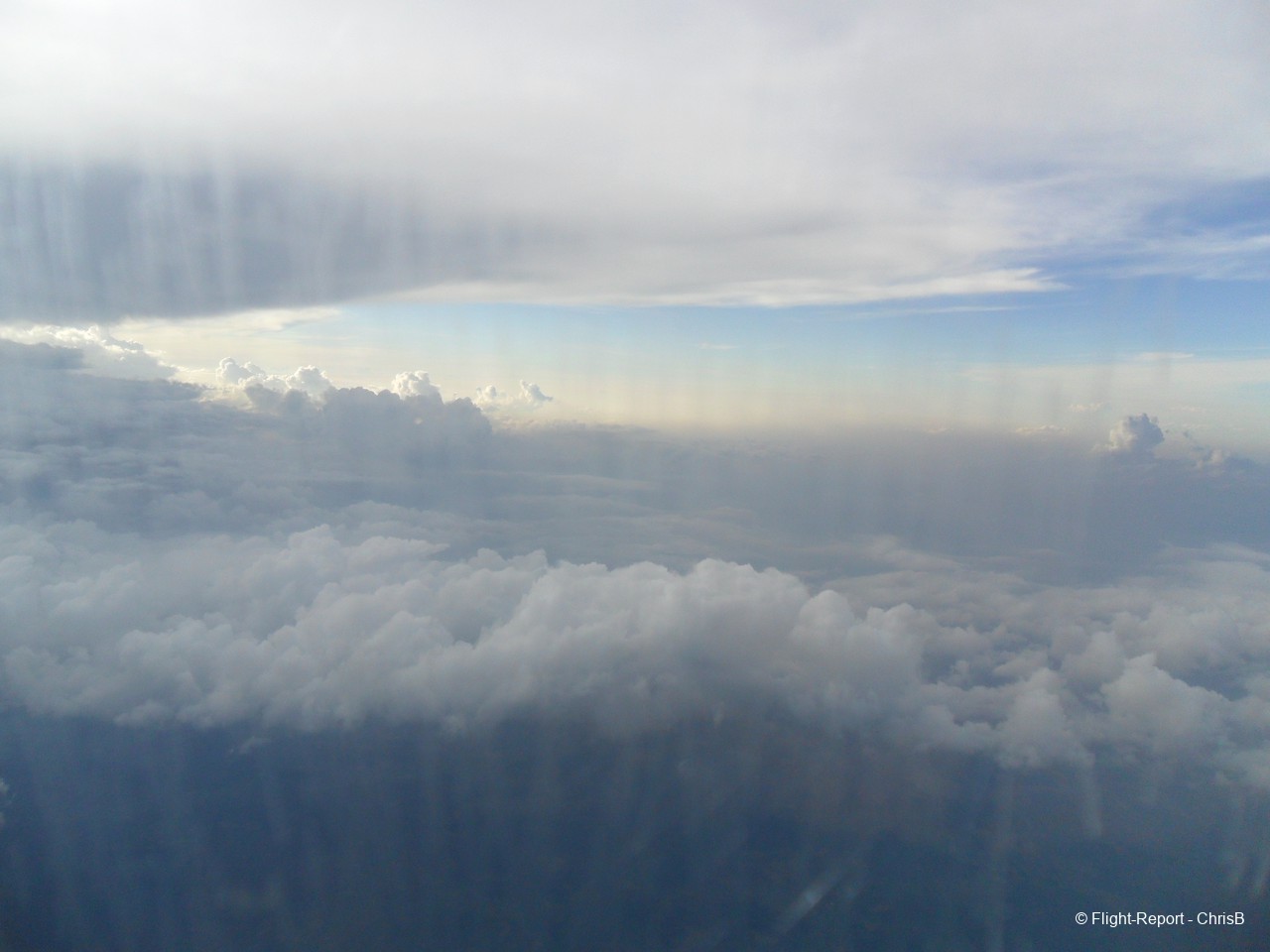 This is also why i like taking in picture the magazine, it is a really powerful way to bring back history of the company and compare it with nowadays…

The articles about glamourous destinations are still present on today's magazine but the promotion of the cabin with these old head pillows and the live information from Air France call centre to all of its passengers are going to make you feel real old!! 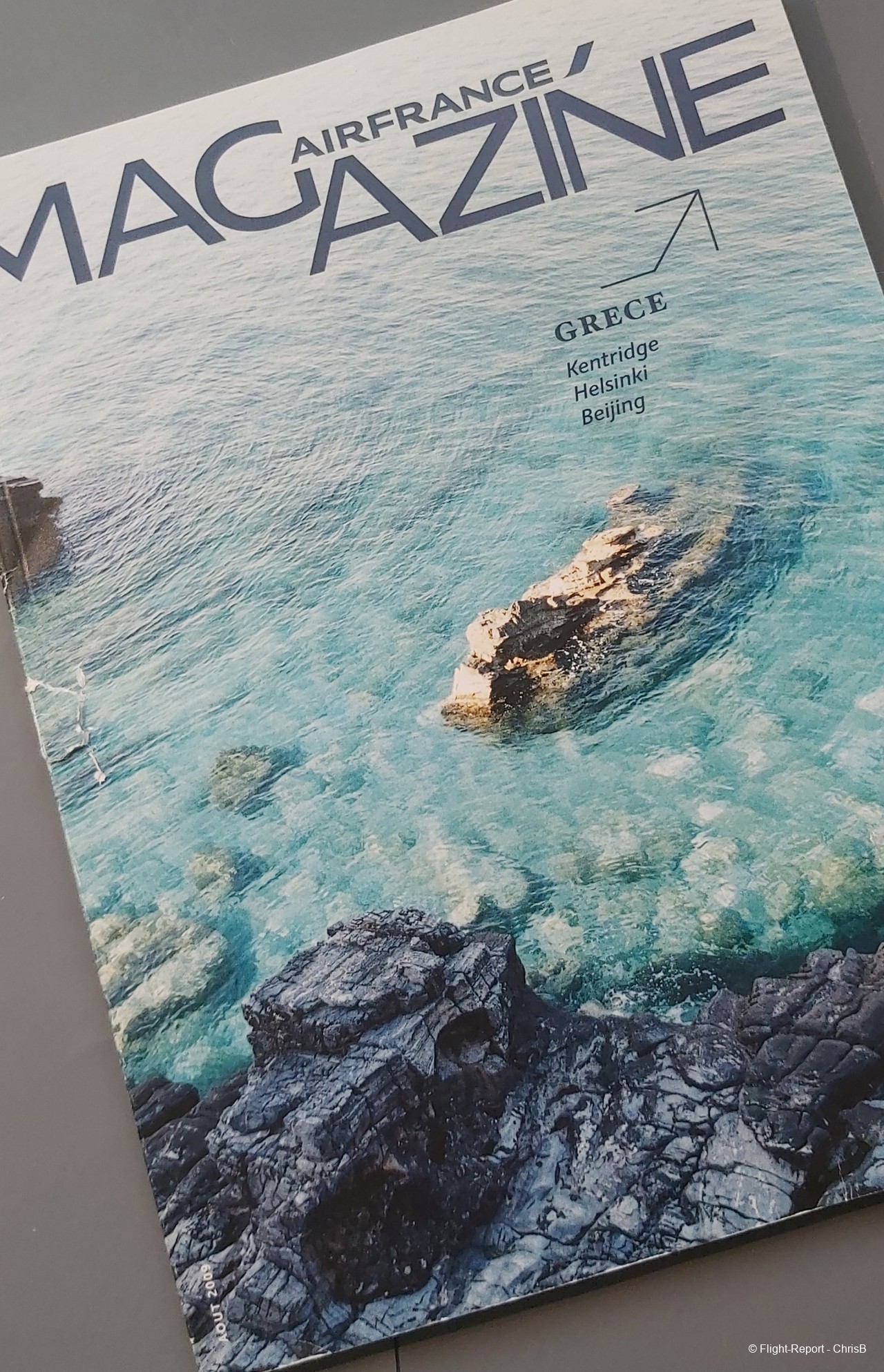 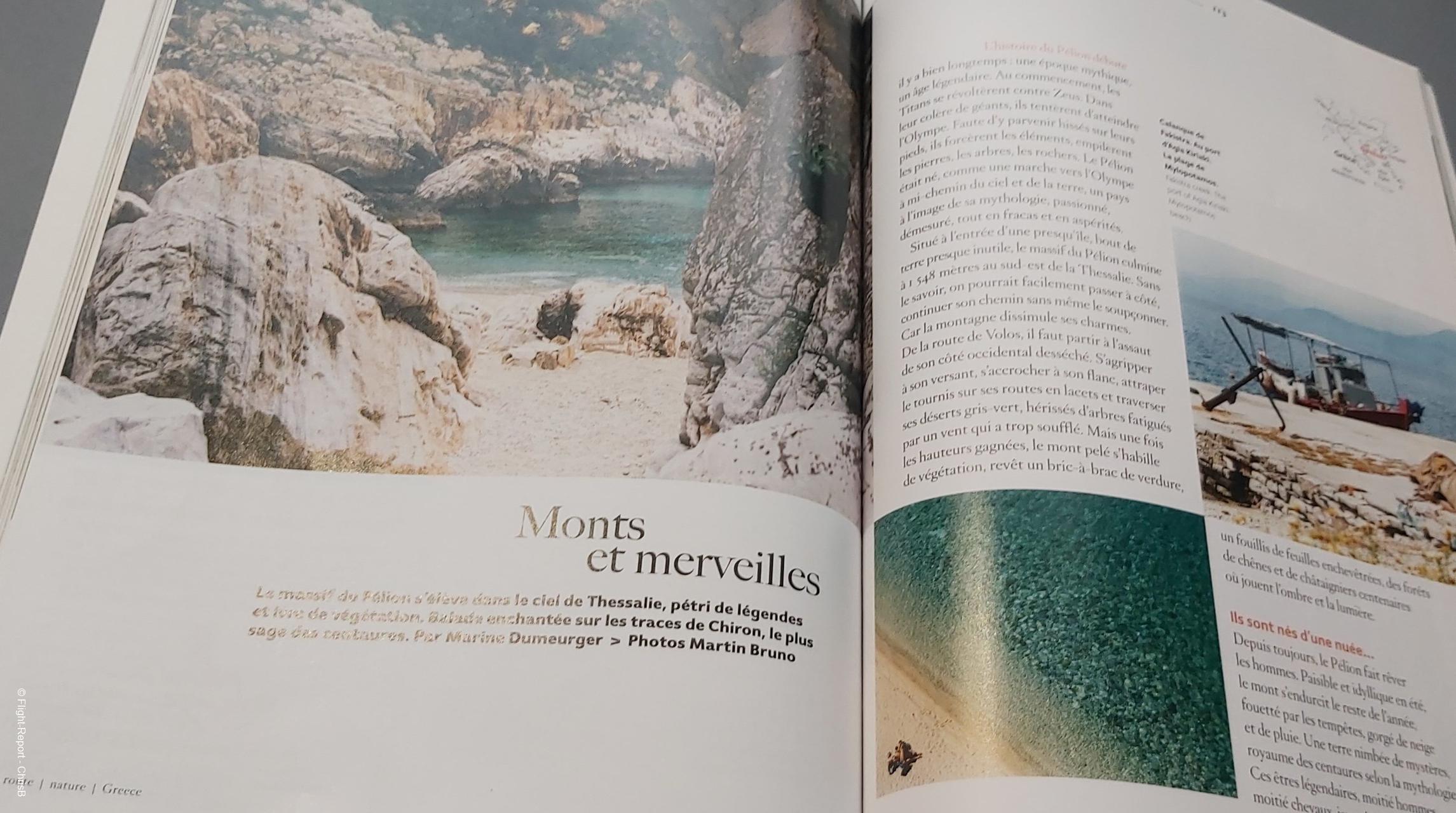 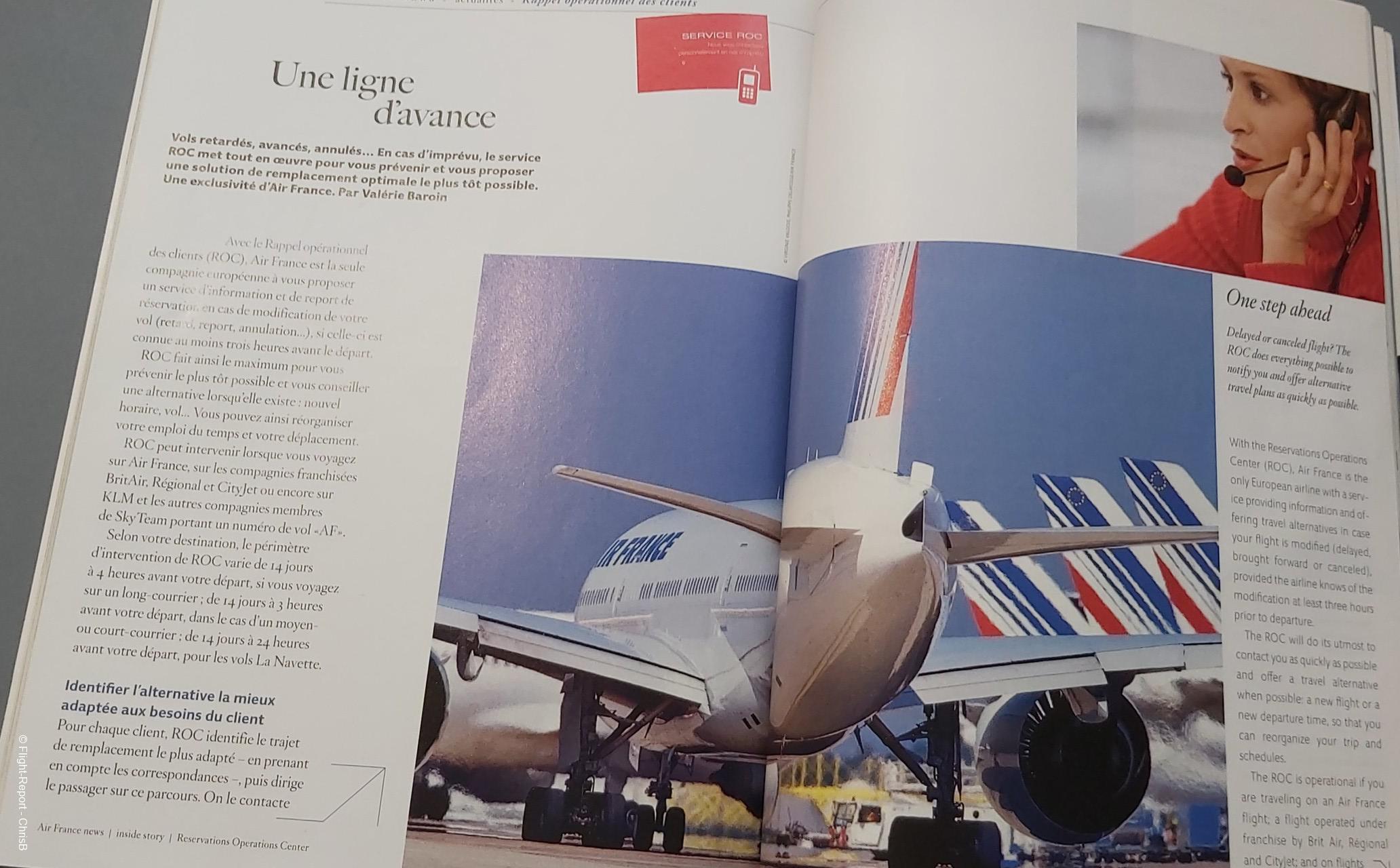 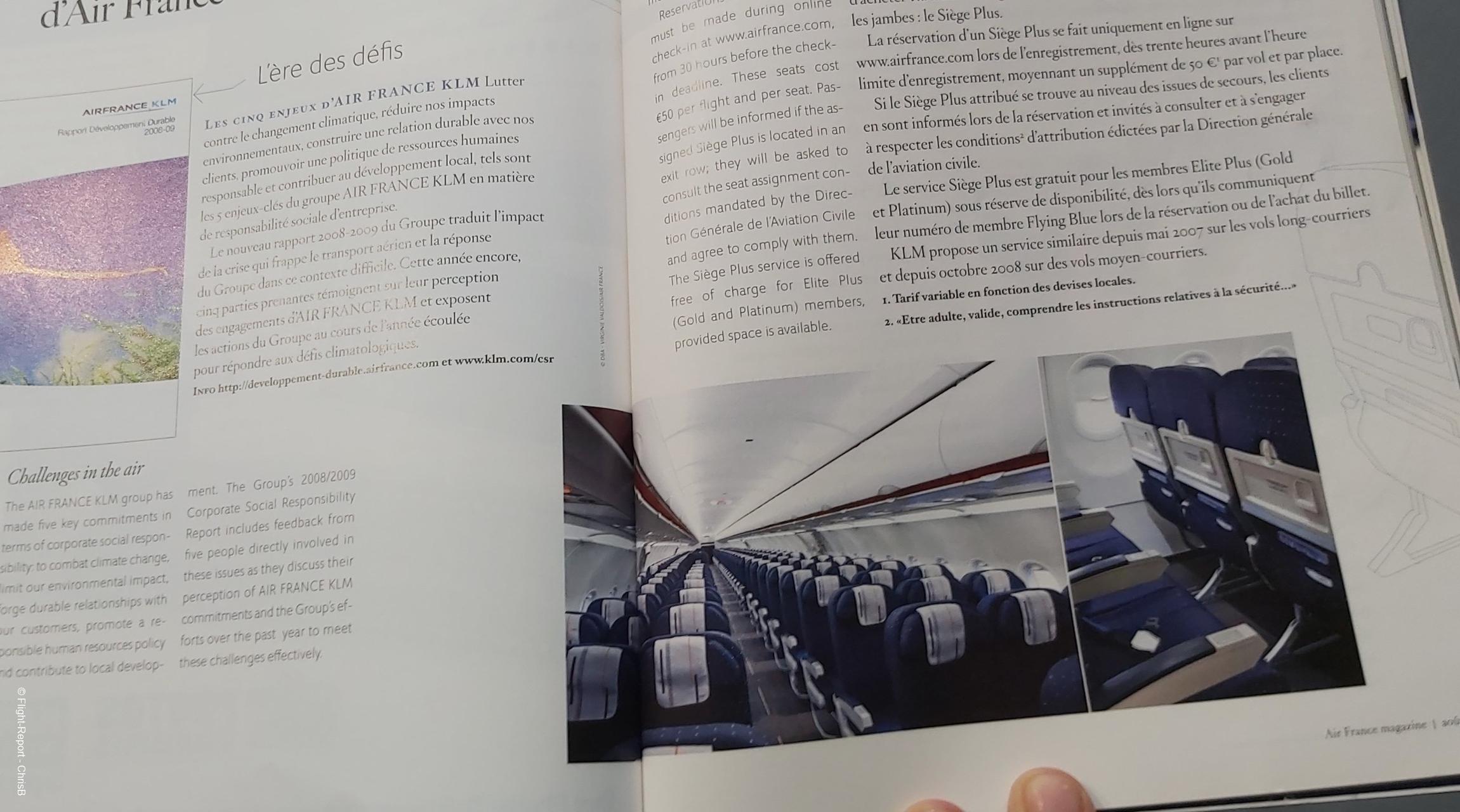 It was also the good old times - not only of Desperate Housewifes - but when AF together with Delta took risks and opened direct long haul flights from somewhere else than CDG and ORY!

Can we dare imagining the same today? 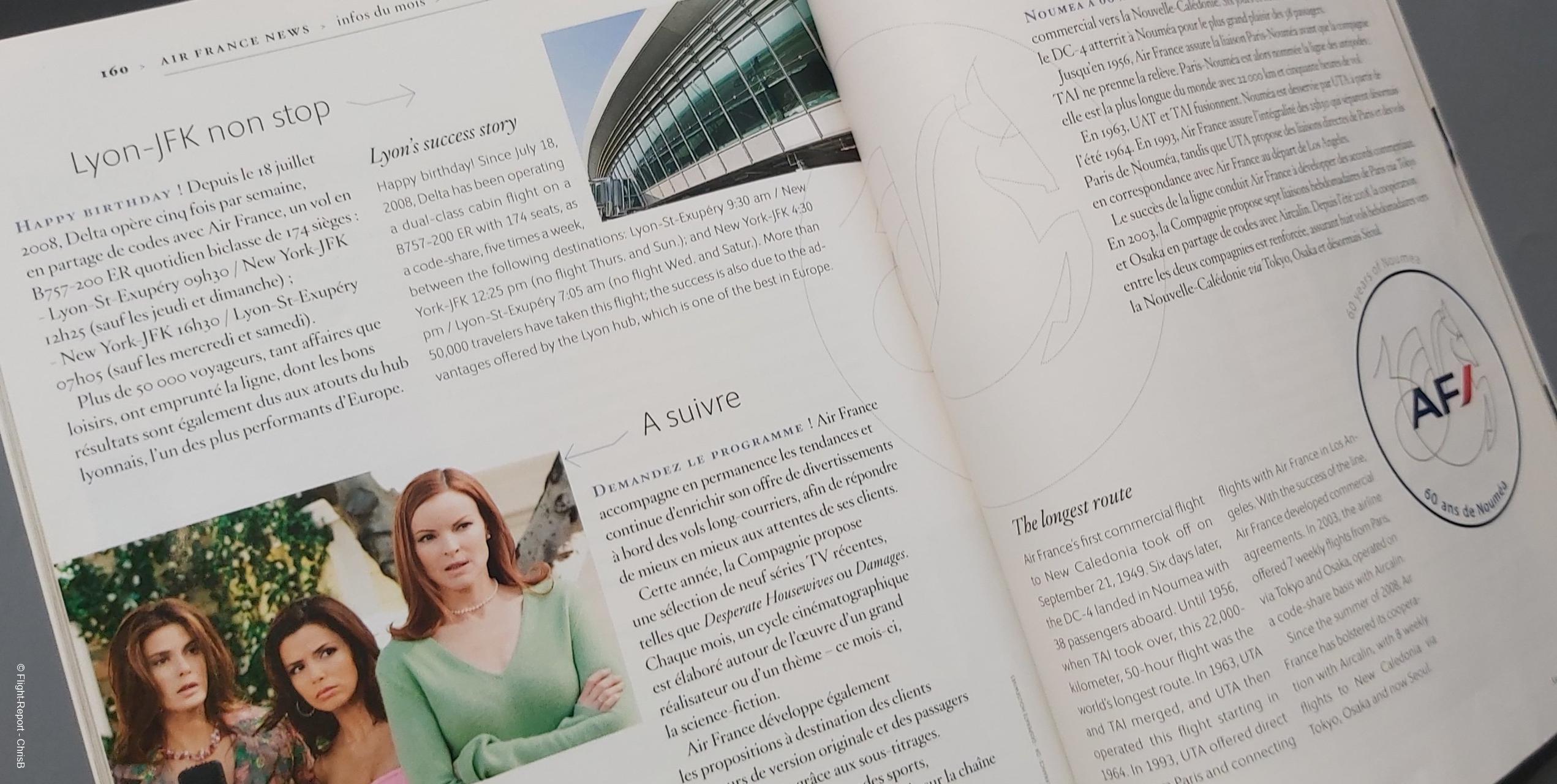 Finally the fleet comparison is a killer:
- Look at these beautiful B747, not only in passenger version but also as B747F!
- The amount of sexy A340s!
- Sadly Air France already lost its A330 into the atlantic ocen a few months ago..
- The company had way more medium haul aircrafts back then; about 20 more A320s and 10 more A319s than today… 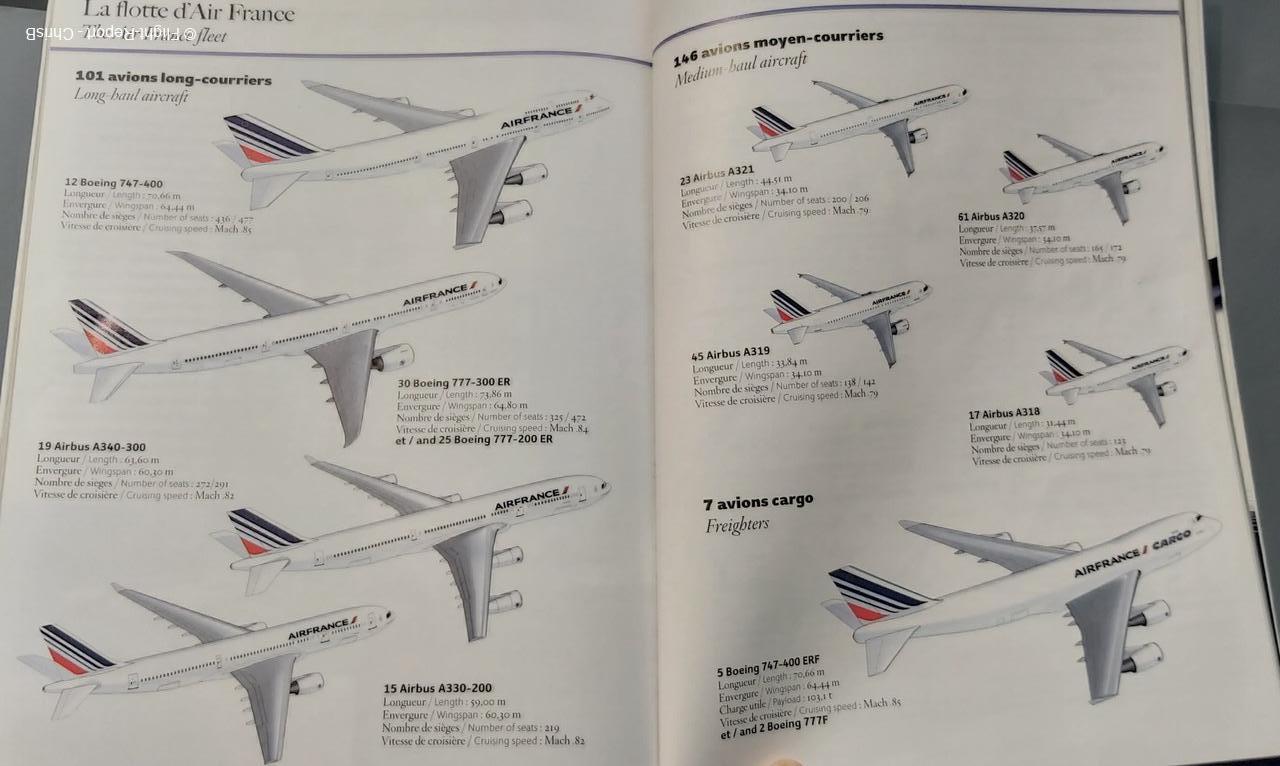 But really what is a shock you is the regional fleet:
Brit Air, Regional, AIrlinair (these 3 form Hop today) , remember how Air France bought City Jet and had a really closer cooperation with CCM (now Air Corsica)…
147 in this fleet, compares to about 60 today, with just CRJ700, CRJ1000, E170 and E190…

What is more funny to compare is the livery: it almost looks like the "new" livery of Air France Hop!! 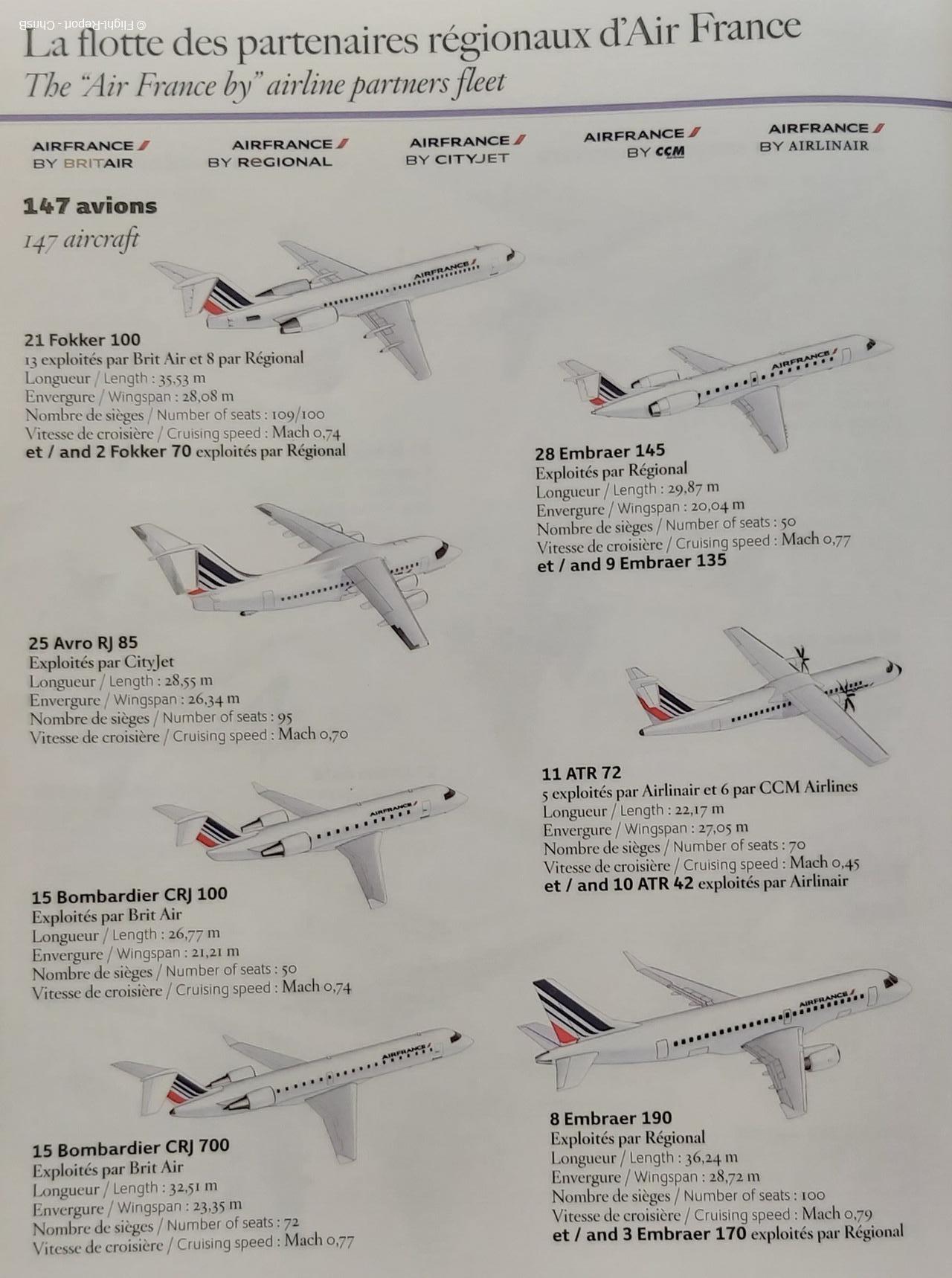 The approach began just about 30 min before the scheduled landing.

We were on final and I remember an "incident": just a few minutes before touching down, the gears were already down and so were the flaps, we experienced a brutal turn on the right and a turn left - that brutal that people shouted and screamed.

And we landed normally runway 08R with the usual announces from the crew - not referring to the small incident.

I am not sure what happened - a possibility is that we were on the wrong runway like 08L?

Just like on the way out, we arrived at terminal 2G. 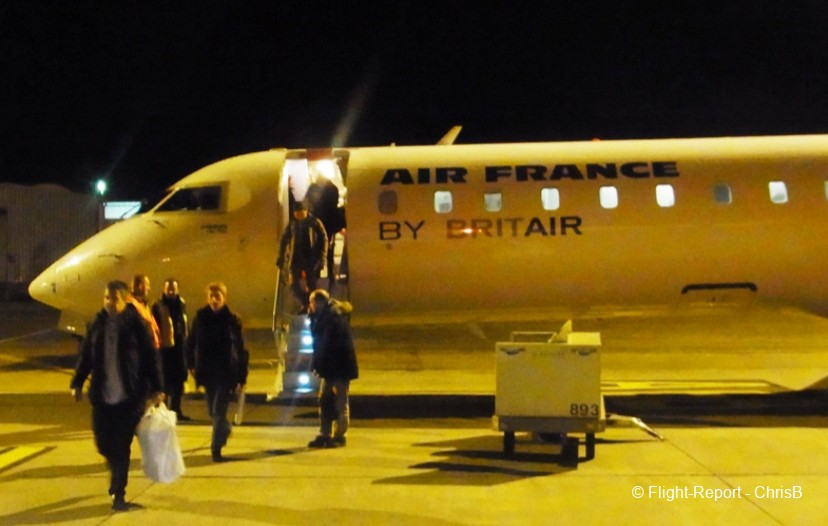 My first flight with Air France regional fleet, and my first with AF as a buiness trop.

Despite the small incident on finals, the flight was ok. The crew was warm and friendly, and the cabin was brand new.

Hope you enjoyed this travel into nostalgia. We can see that since Low cost carriers have grown bigger... Just by looking at the medium and regional fleet of Air France, you can tell there is an important decrease of seat capacity and with even more reason as this was in 2009 during the financial crisis of subprimes.

The contributors of Flight-Report published 9 reviews of 3 airlines on the route Bilbao (BIO) → Paris (CDG).