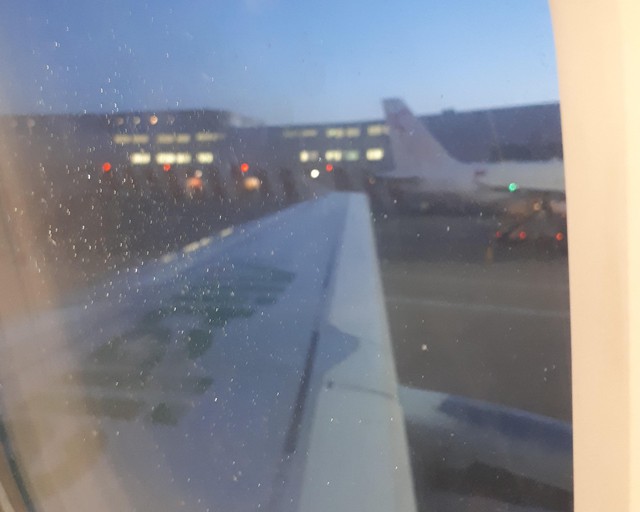 It is very surprising but it seems like I am the first one to report this route!

Today I will start reporting a series of flights from London to Sicily. Italy is probably one of my favorite countries, and unfortunately I didn't have the good reflex to take a lot of pictures I apologise for it. You know when you feel "oh yes there will be other times…" and that there isn't!!

To go to Catania there are fewer options than Palermo, and when we compared fare on Skyscanner, it appeared that AZ was just 30euros more expensive than U2. So when it is the case, I prefer going with legacy carriers for two reasons:
1. They don't pay their taxes in Ireland and it is local people that are employed
2.  You get miles through an alliance - Skyteam in this case 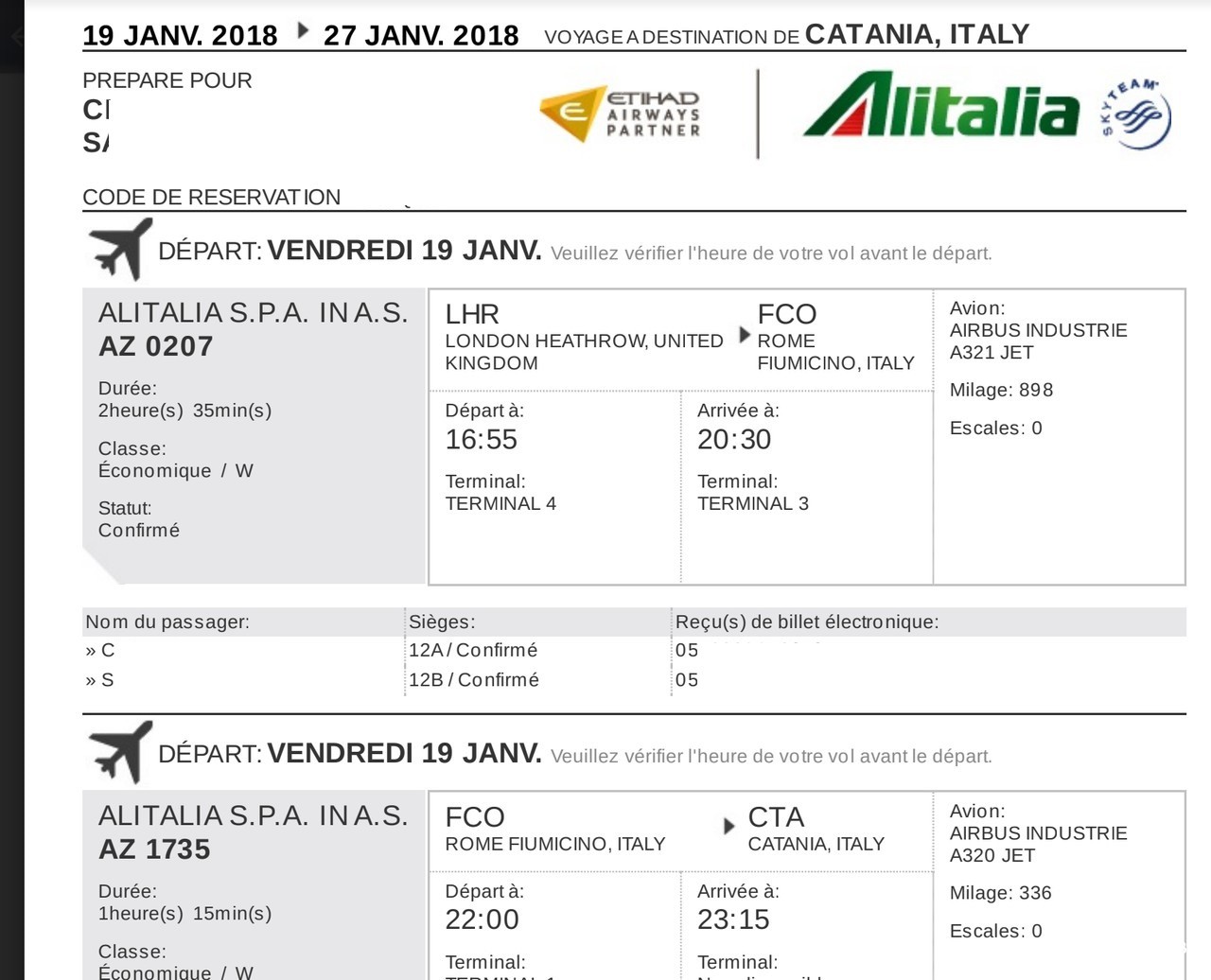 We booked our tickets online and the bookings were immediately available on the Alitalia App.

The APP has a fairly basic level of functionalities but is well designed and works fast. You can see your itinary, know your seats and luggage allowance at a glance, and of course download your boarding pass.The boarding pass is just a scan of a text written in old police, with no graphic design elements at all.
Welcome back to 1995!

Of course they also send it to you by email, in a much more modern way. 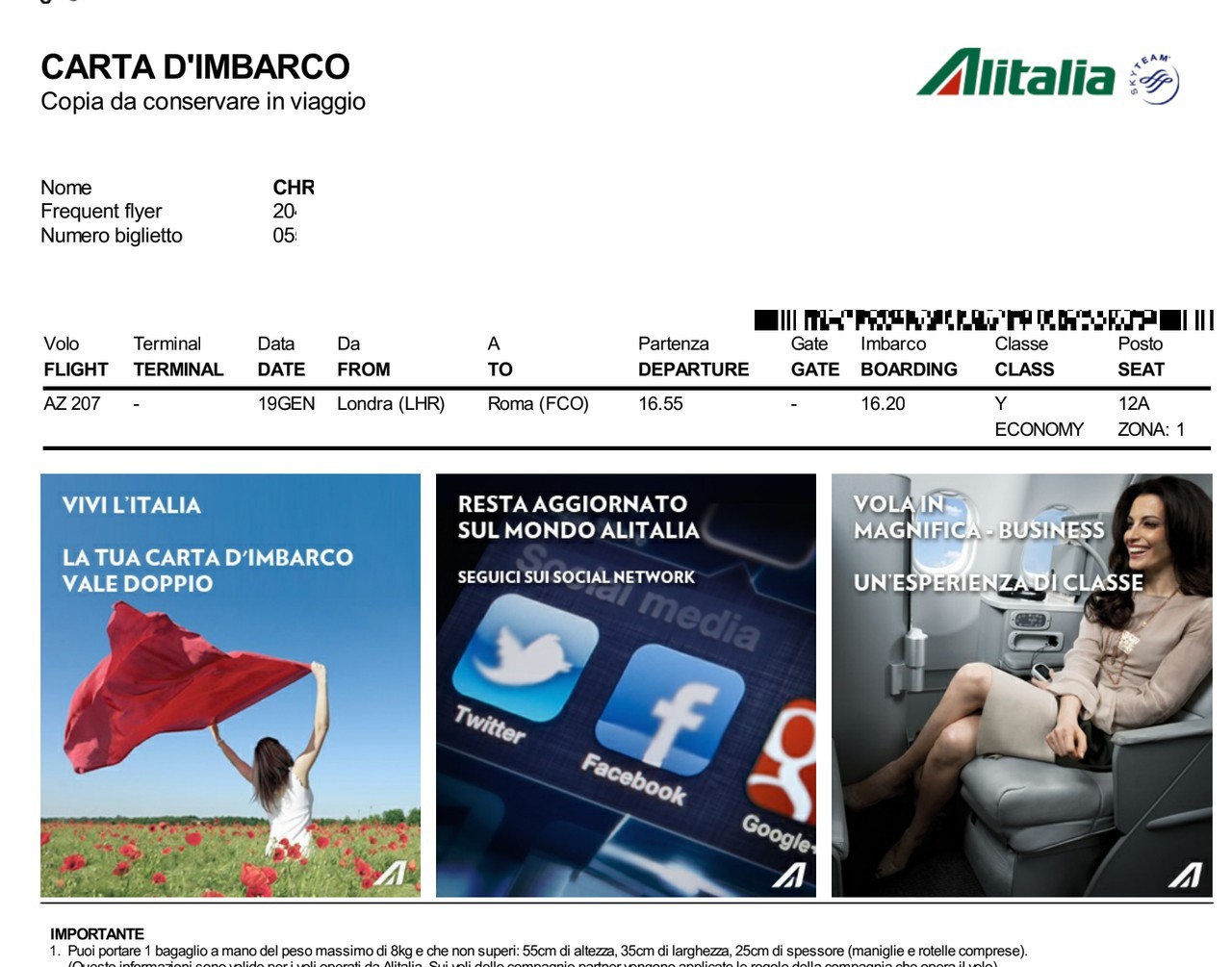 Just like Air France, Alitalia has split its cabin configuration into 2: whether they are outbound for domestic or international destinations. The difference is of course the amount of seats available and the business sections seats are different too. 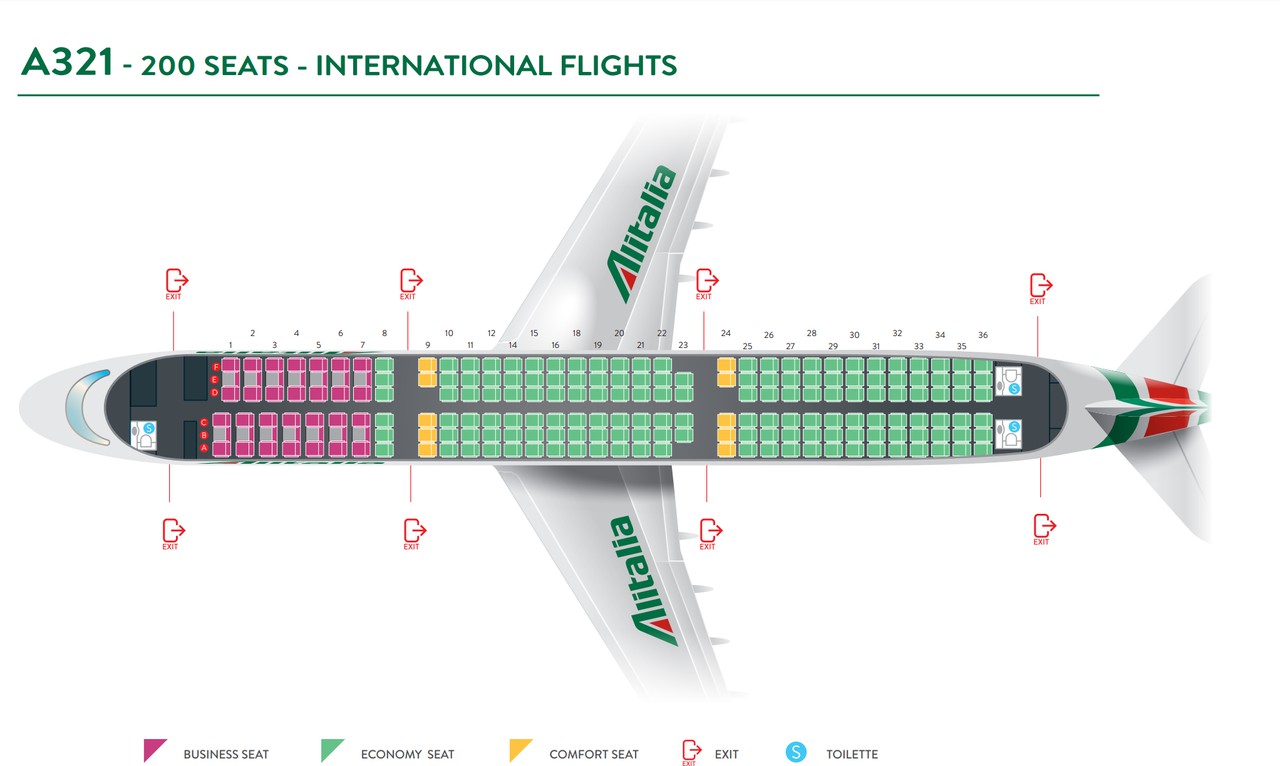 Like almost all Skyteam members, our flight was departing from London terminal 4, and usually between KLM/AF/Aeroflot etc.

The usual checkin hall of T4.

We took a seat facing our gate, the plane was there already.

The announces for boarding were made in both English and Italian, and the boarding happened with first the Skyteam elite members and business class ticket holders (and so we took advantage of it) before the remaining passengers. 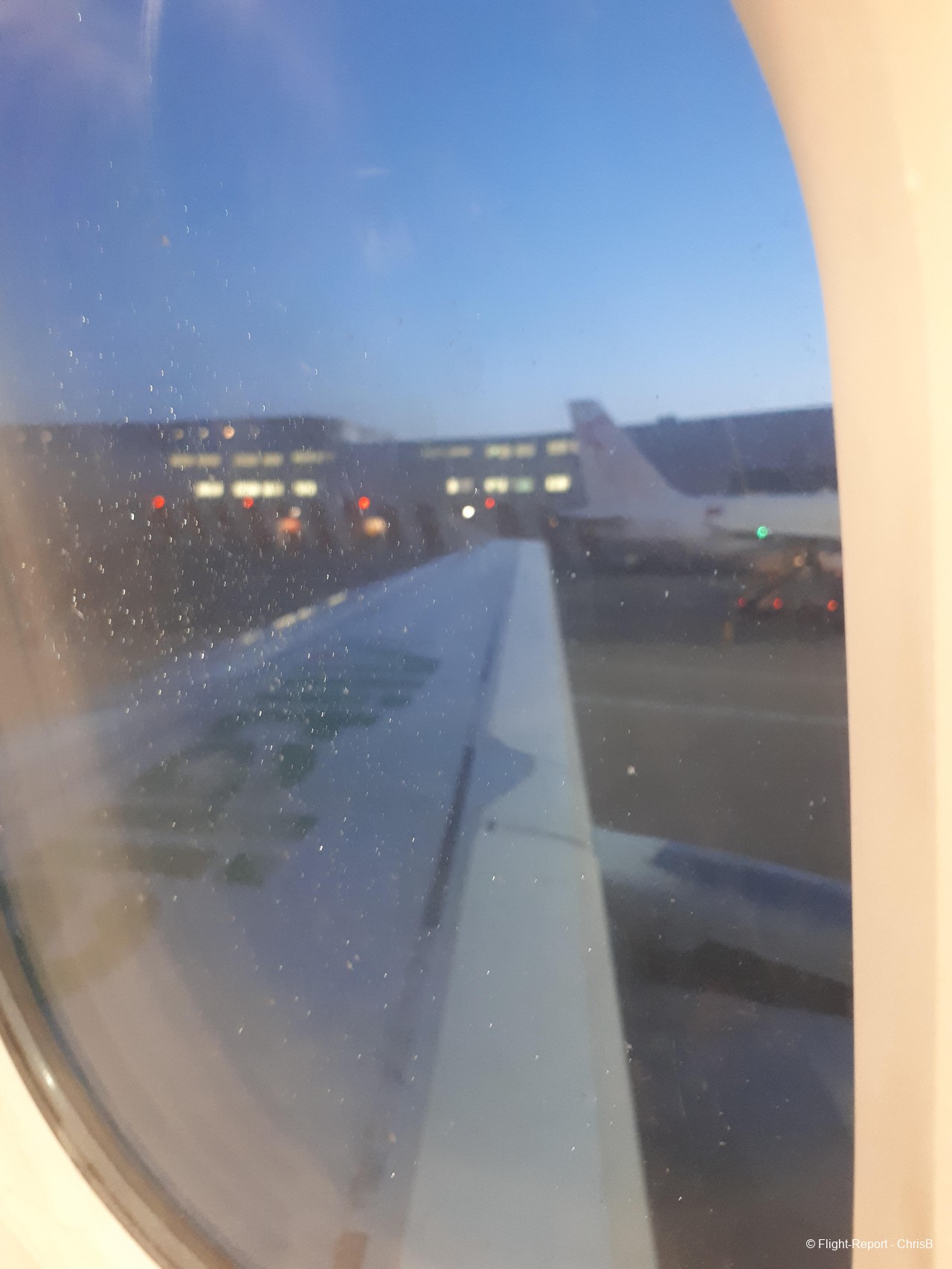 The AvGeek Bit
Alitalia had 12 A321s now most of them are either scrapped or parked. All of them -112 in service since the late 90's. Most of the Alitalia fleet is not owned by the airline but owned and leased from Aircraft Purchase Fleet registered in Ireland hence it is registered as EI-IXH, and not I-BIXH anymore. Alitalia has had financial difficulties by the past, was supposed to merge with KLM in 2000 but didn’t happen and since its last bankruptcy, merged with competitor AirOne in 2008, then saw AirFrance-KLM increasing its share up to 25% in 2011 but didn’t help to make the Airline profitable. Italy’s flag carrier was then partially owned by Etihad in 2014, and now is looking for another partner to replace Etihad. Air France, KLM, and Delta have lately expressed wish for Alitalia to remain within Skyteam that it joined in 2001 but did not wish to increase any further share of their capital. Even though the airline’s future is still unknown, it has to be said that since the Airline has managed to grow and expend its network, not relying on the government’ help. For some of us, Alitalia might well be bankrupt a few times, but will never disappear!

Alitalia seat are old fashioned, and this is an advantage as it was back in the time when legacy carriers were offering comfort!! 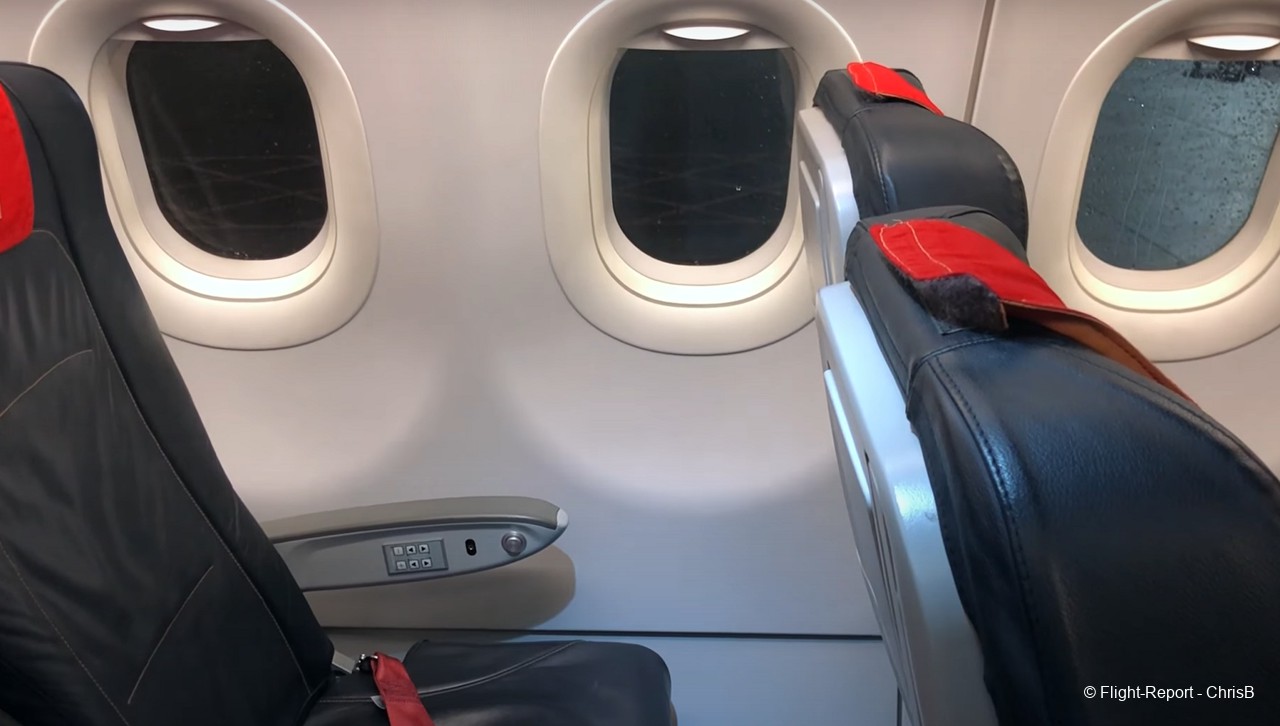 The crew was very nice and gave us a really warm welcome. After push back we had the regular announce by the captain the safety procedures explained in the old fashion way by the crew.

We taxied for a very short time as we took off from runway 27L.

LHR tower on the left.. 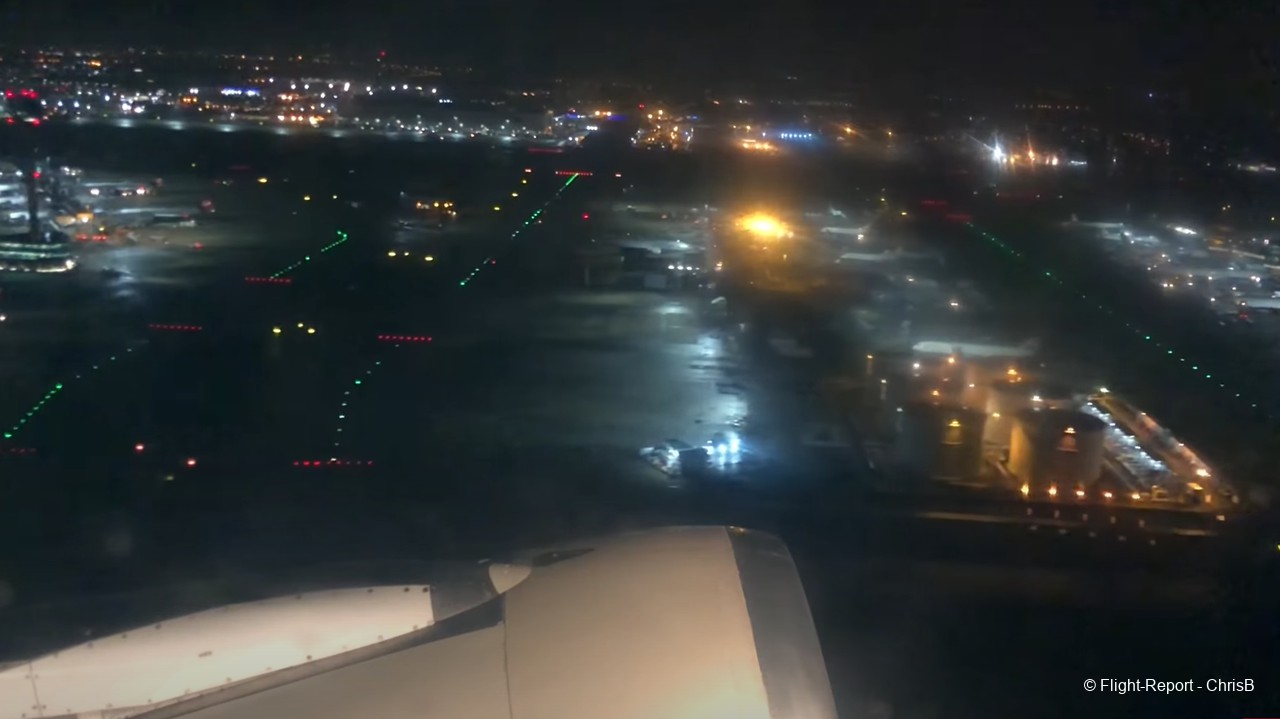 After take off and the seat belt switched off passed 10,000 feet, the crew quickly started their on board complimentary service. 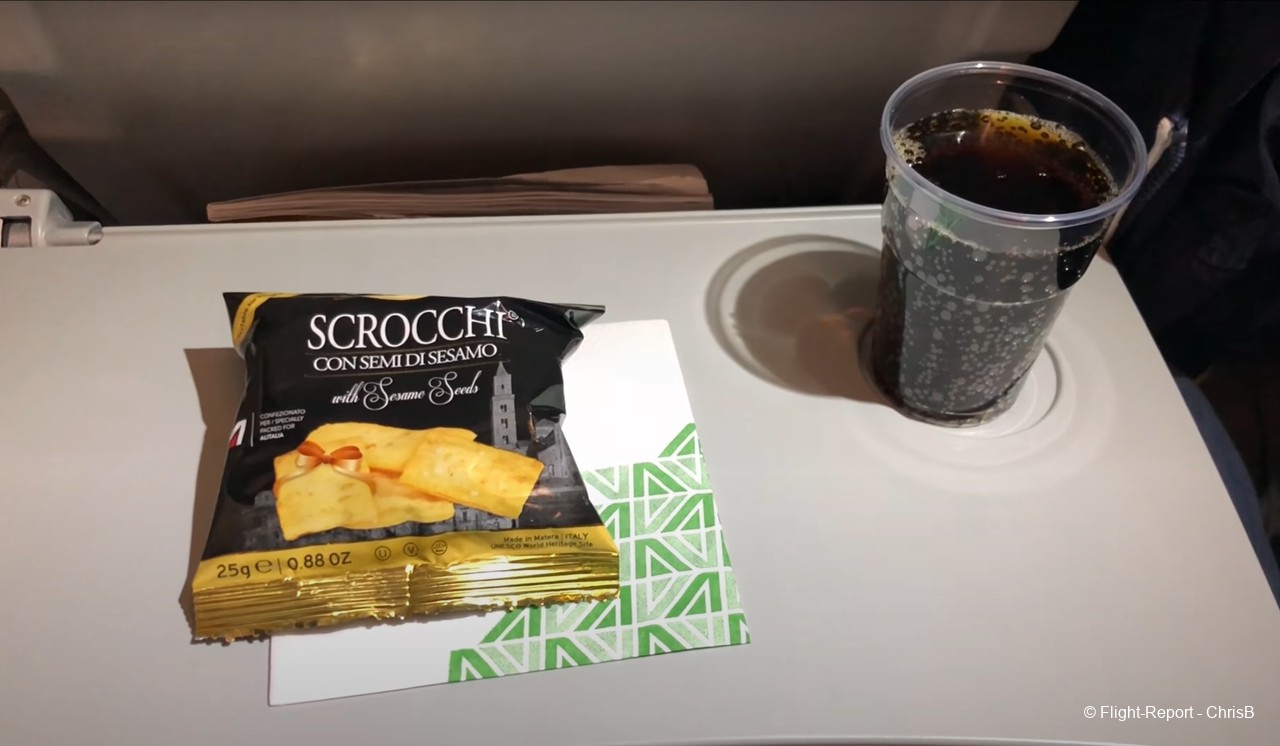 There was no IFE on this plane, like the rest of the Alitalia Medium haul fleet.

And so it is time for the magazine review!
Let's start with some VERY flamboyant and ultra glamourous shopping pages!! 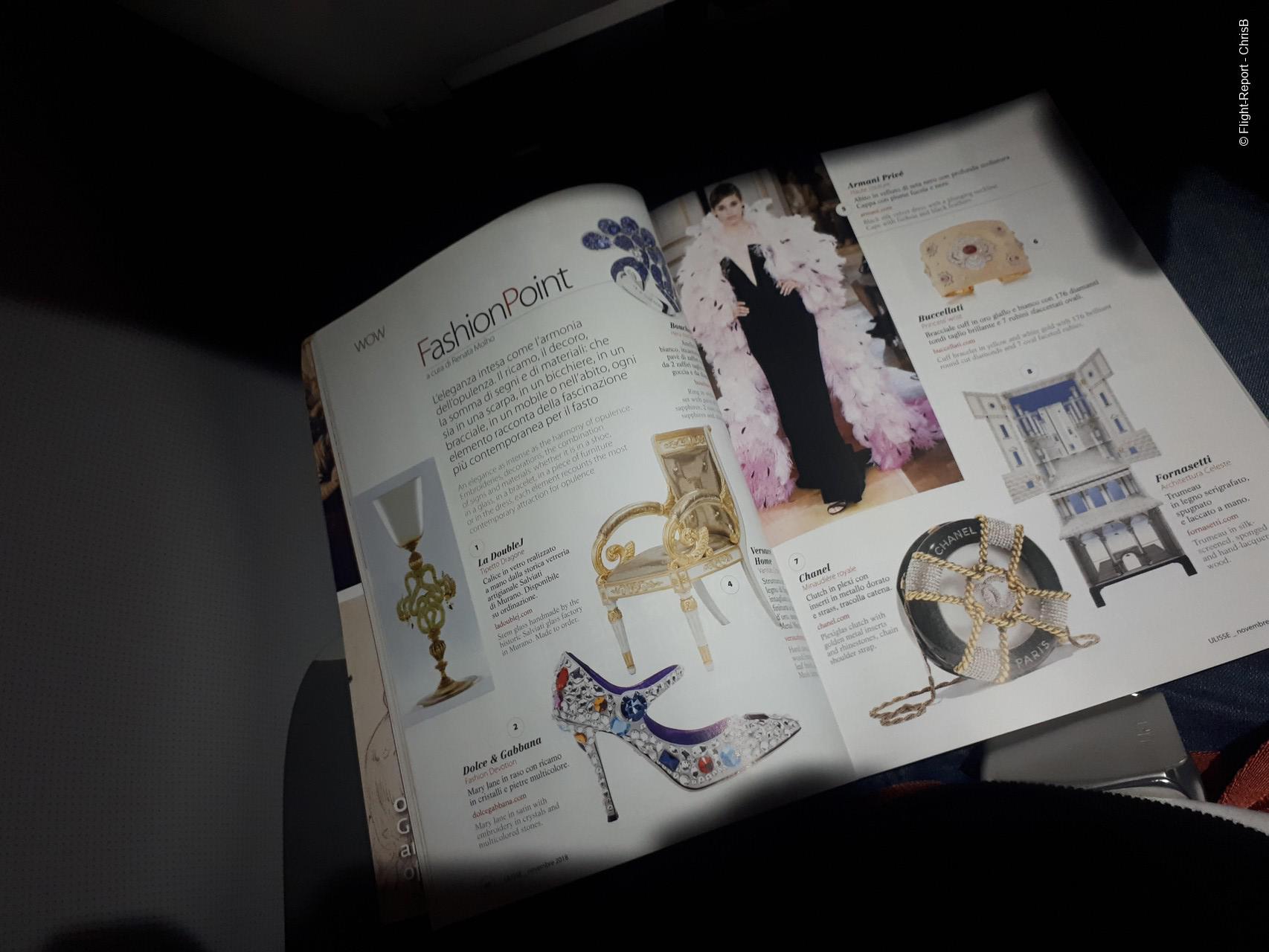 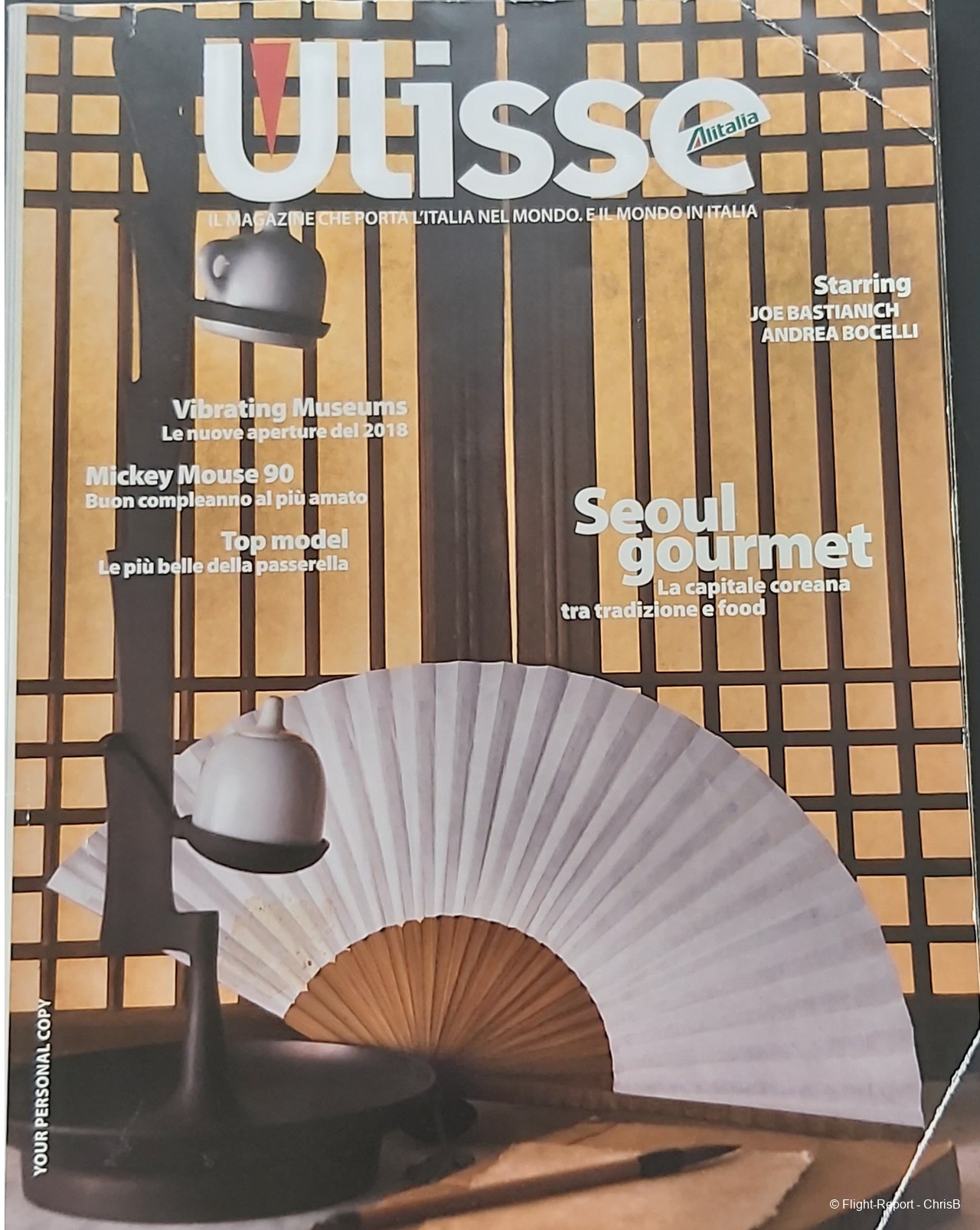 Figures at the beginning of the magazine. 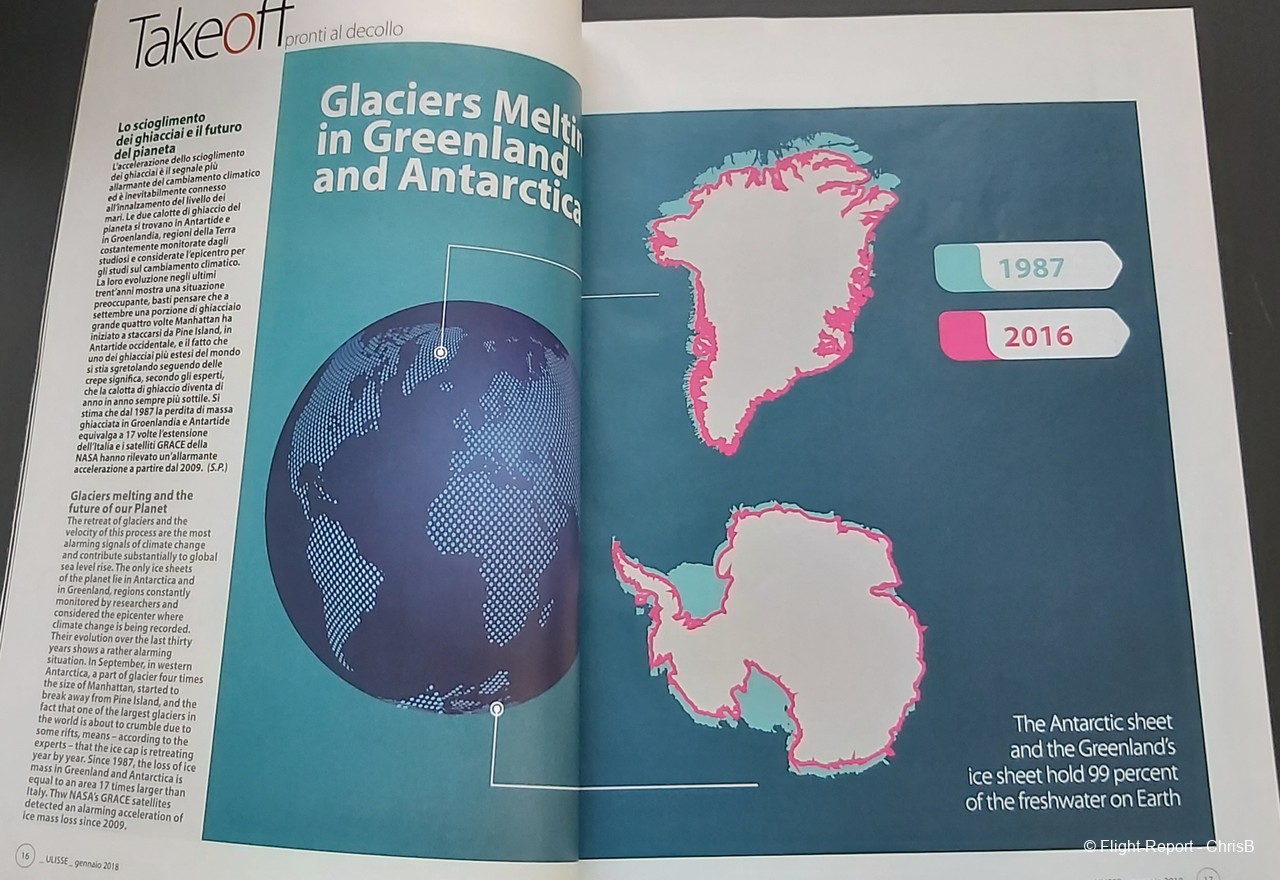 And the extend of the domestic network, quite extended… Not every legacy offer this many domestic routes. 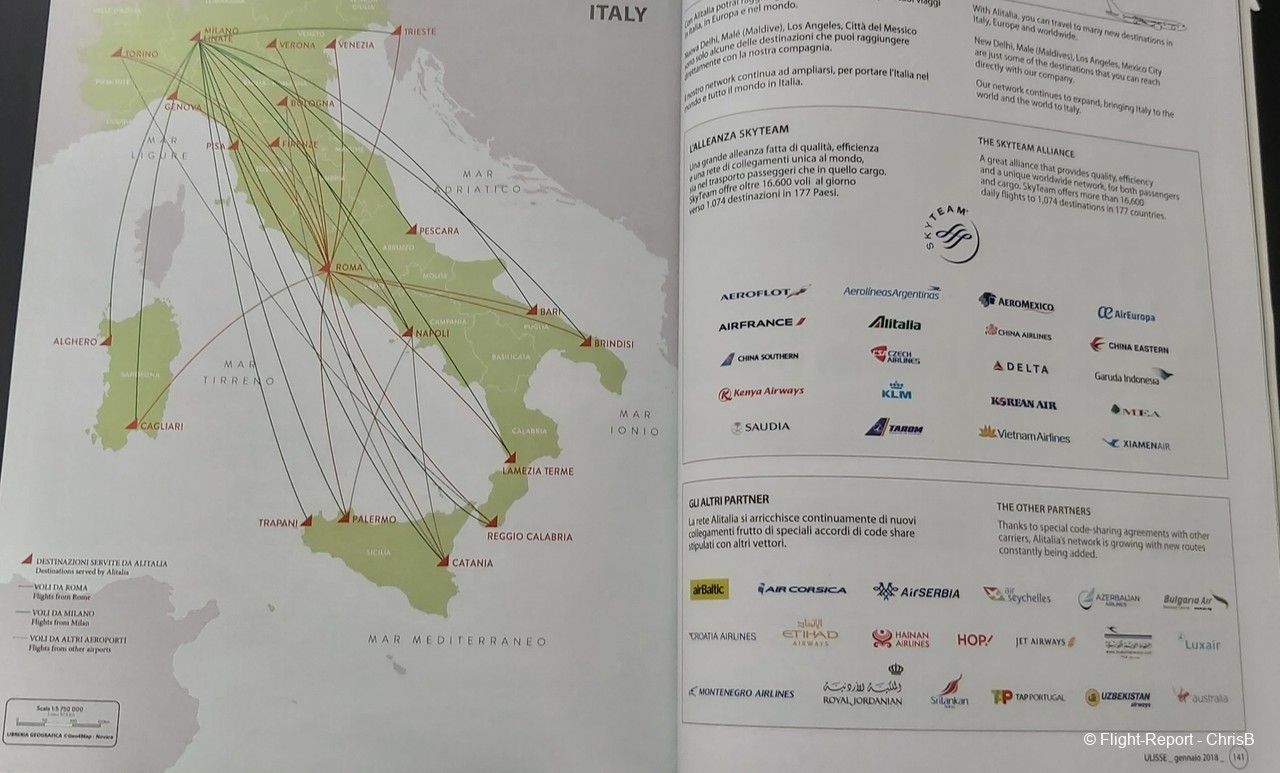 We arrived at the E pier, where Alitalia most international flights arrive. 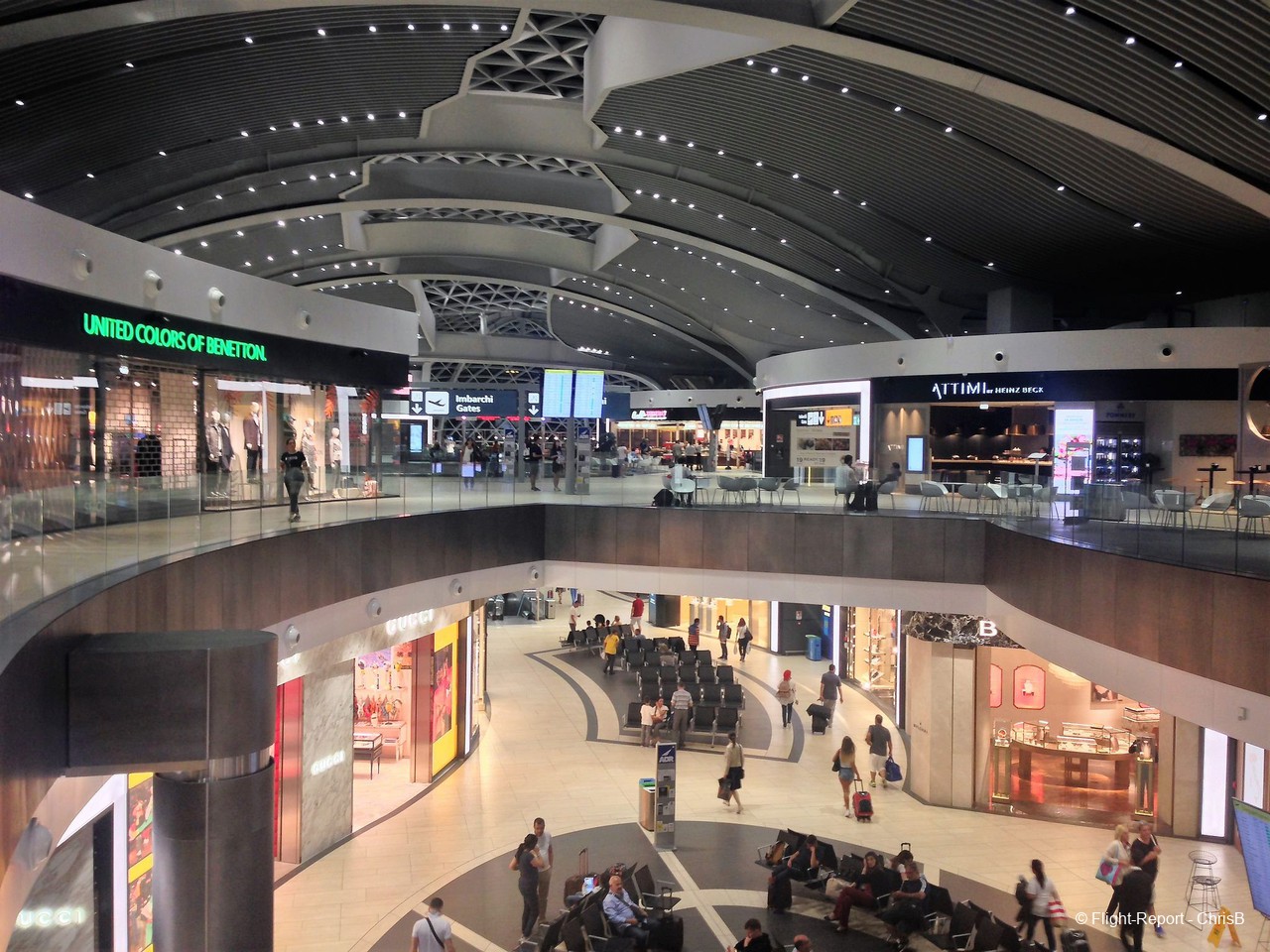 As we were waiting for our next flight, we went for a strong shot of Italian coffee! 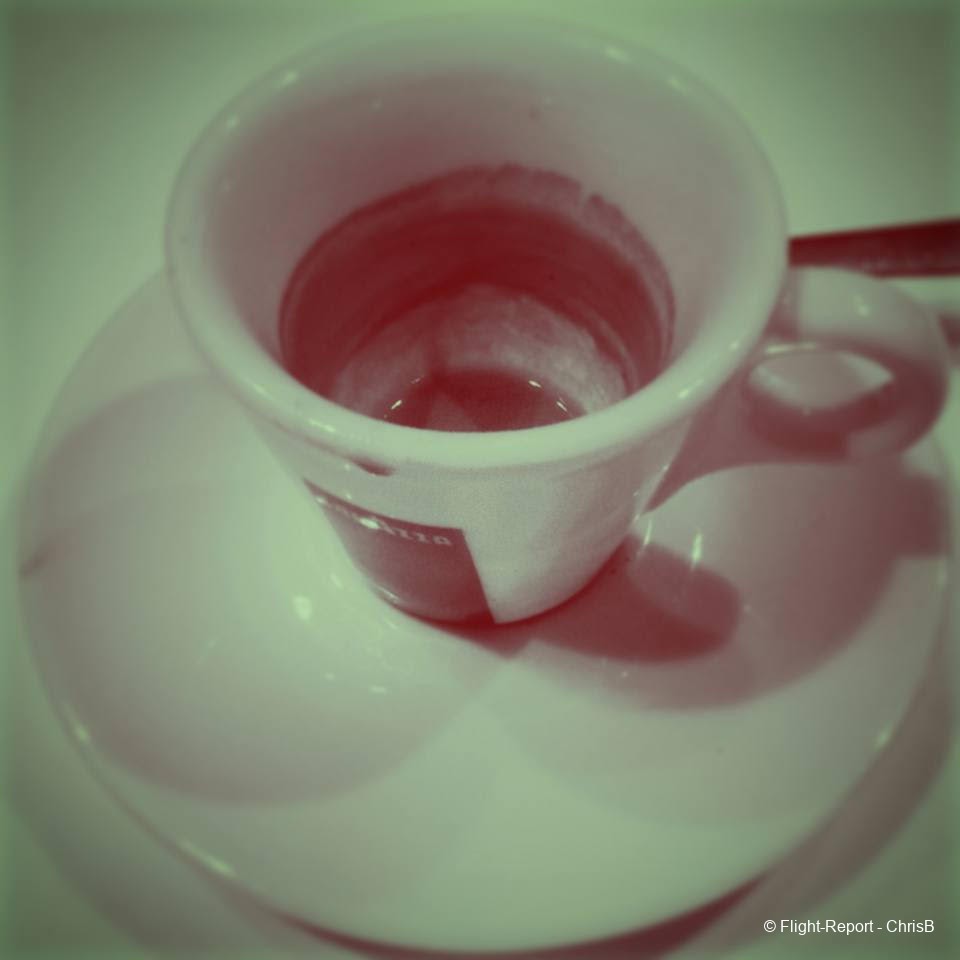 I don't have that many pictures of the return flight, just the boarding pass left.. with the funky colour! 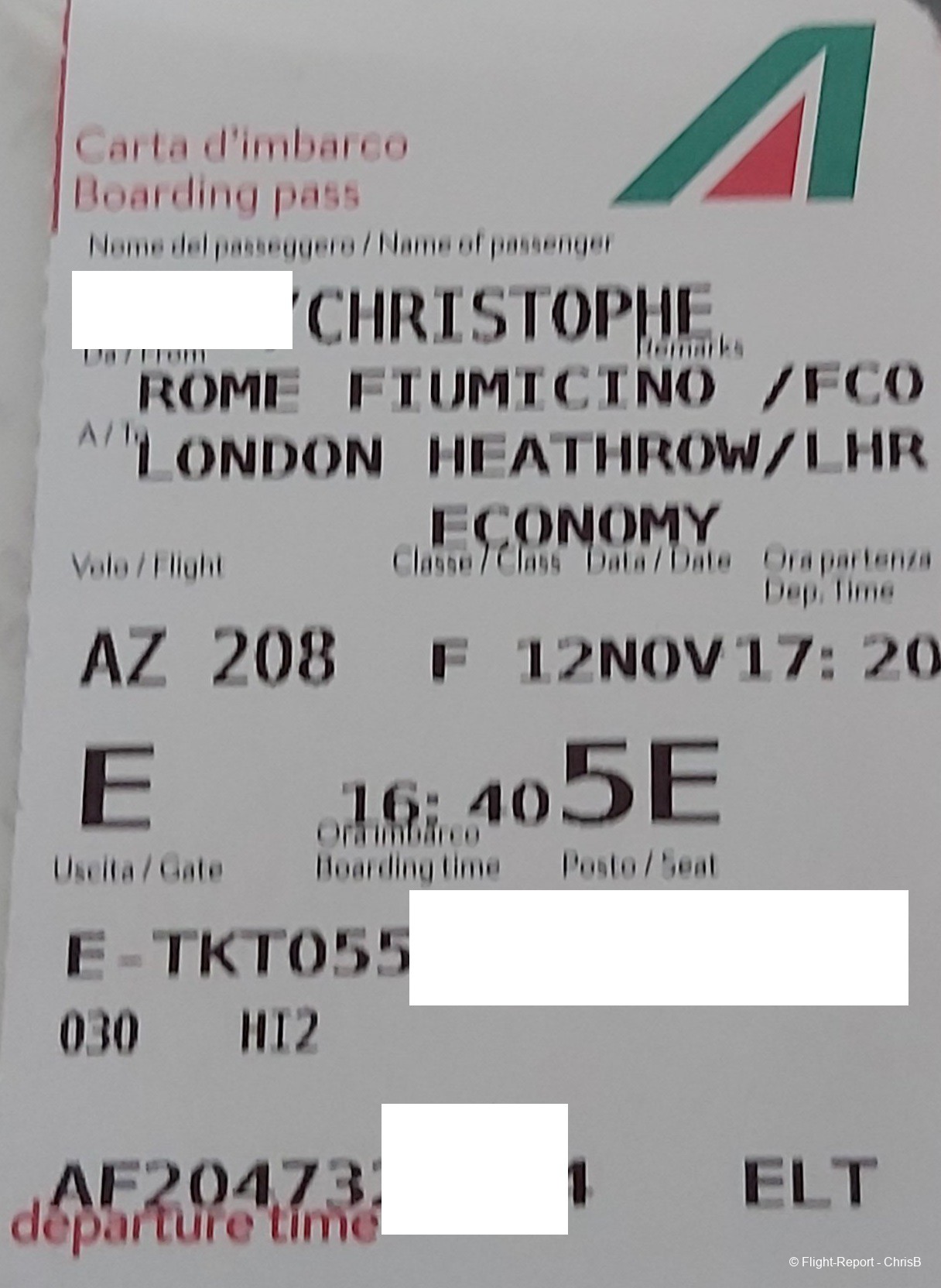 A good flight with Aliatalia.
The crew members were really professional.
The cabin is a bit old in style and hard product, but at least comfy.
There isn't any wifi.

FCO: clean and a lot of food points, dare I say restaurants.
The very good point of Fiumicino is that it is just a few minutes away from the Roman Antique site of Ostia, the largest Roman port of the Empire.