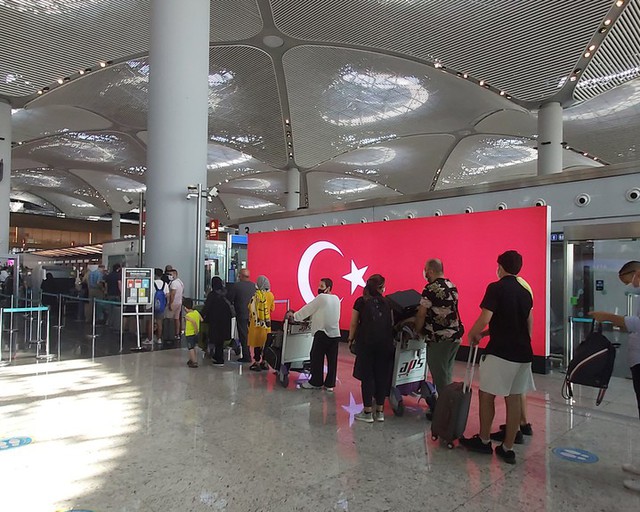 #17 out of 79 Airlines A minimum of 10 flight-reports within the past two years is required to appear in the rankings. 698 reviews

COMING BACK FROM ISTANBUL

Hello dear flight readers! Today I will post a flight I was on yesterday, to took us to visit for the second time Istanbul.  Just like the previous time, this was a really nice long weekend in this "queen of cities".

Of course this is cliché, but what else sums up Istanbul as well as AyaSofia - Hagia Sophia - Holy Wisdom

Since last year the once Byzantine christian church, then Mosque, then Musuem has been reconverted to a Mosque again; to my humble opinion regretefully. Indeed you can't access to the first floor anymore where some christian and emperor mozaics were, and besides the presence of a carpet covering the 16centuries old floor, there are giant curtains to hide mozaics of Mary and Jesus (see the centre of picture).

Besides political considerations;
We book this return trip with Turkish Airlines, about 80 euros more expensive than with Air France. We choose this over AF, even though I am a Skyteam gold member, and it was more expensive, the flight was direct and AF had just one flight landing at 3am in Istanbul, which isn't the best way to start a weekend away! 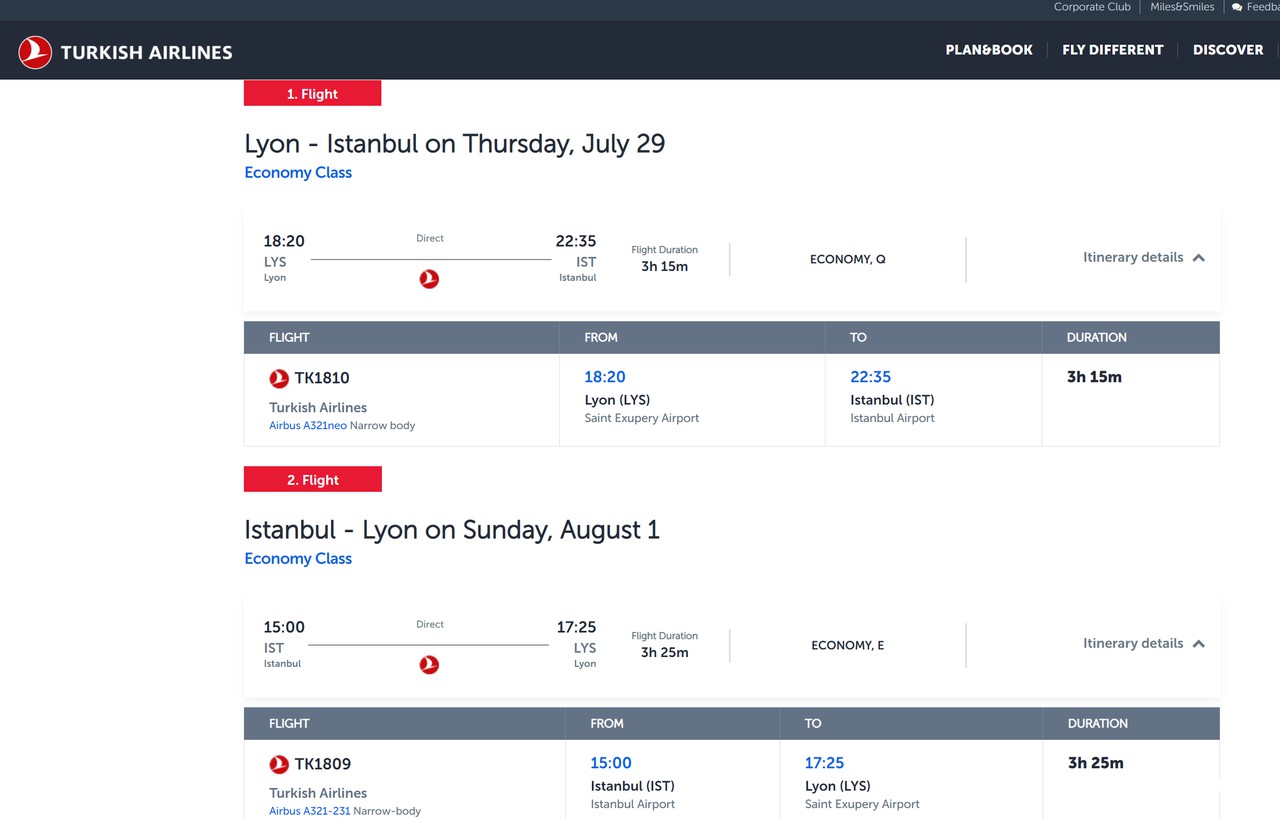 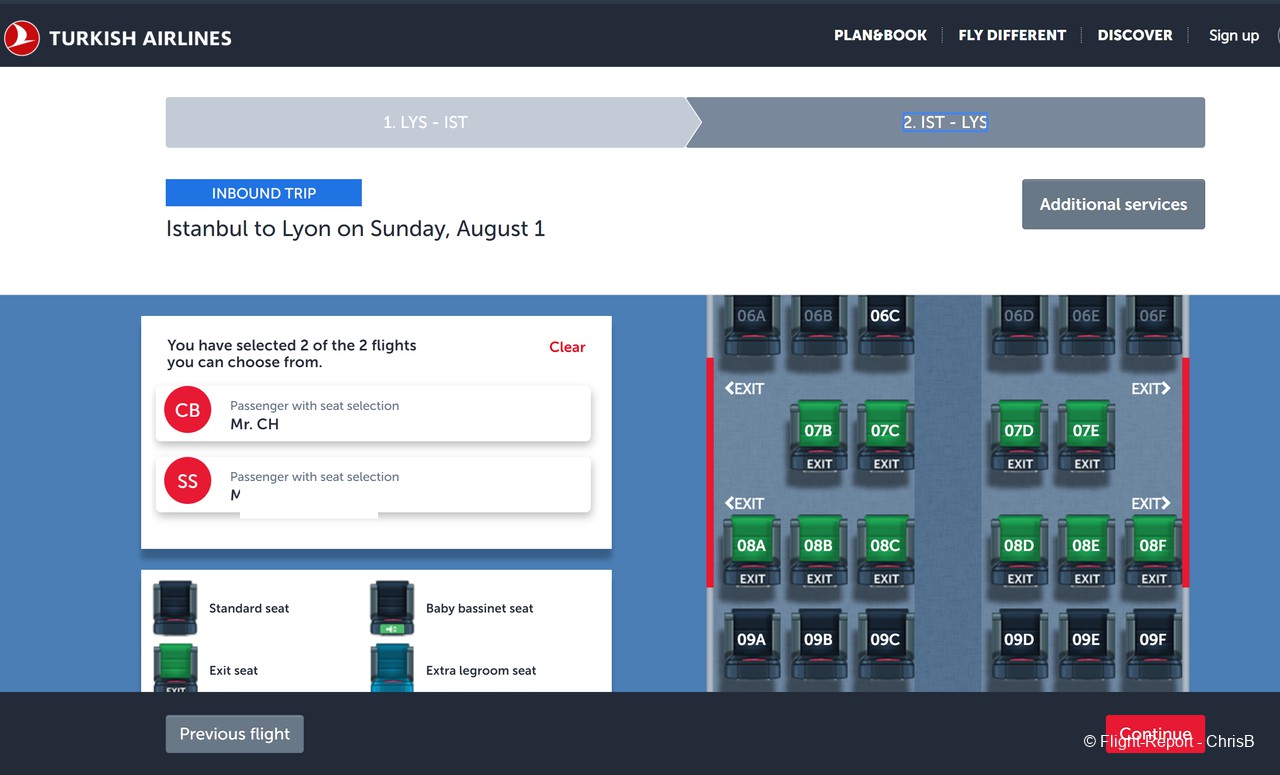 We checked in online using the app… that is reall well built. Nonetheless the lovely lady at checkin counter print another copy. 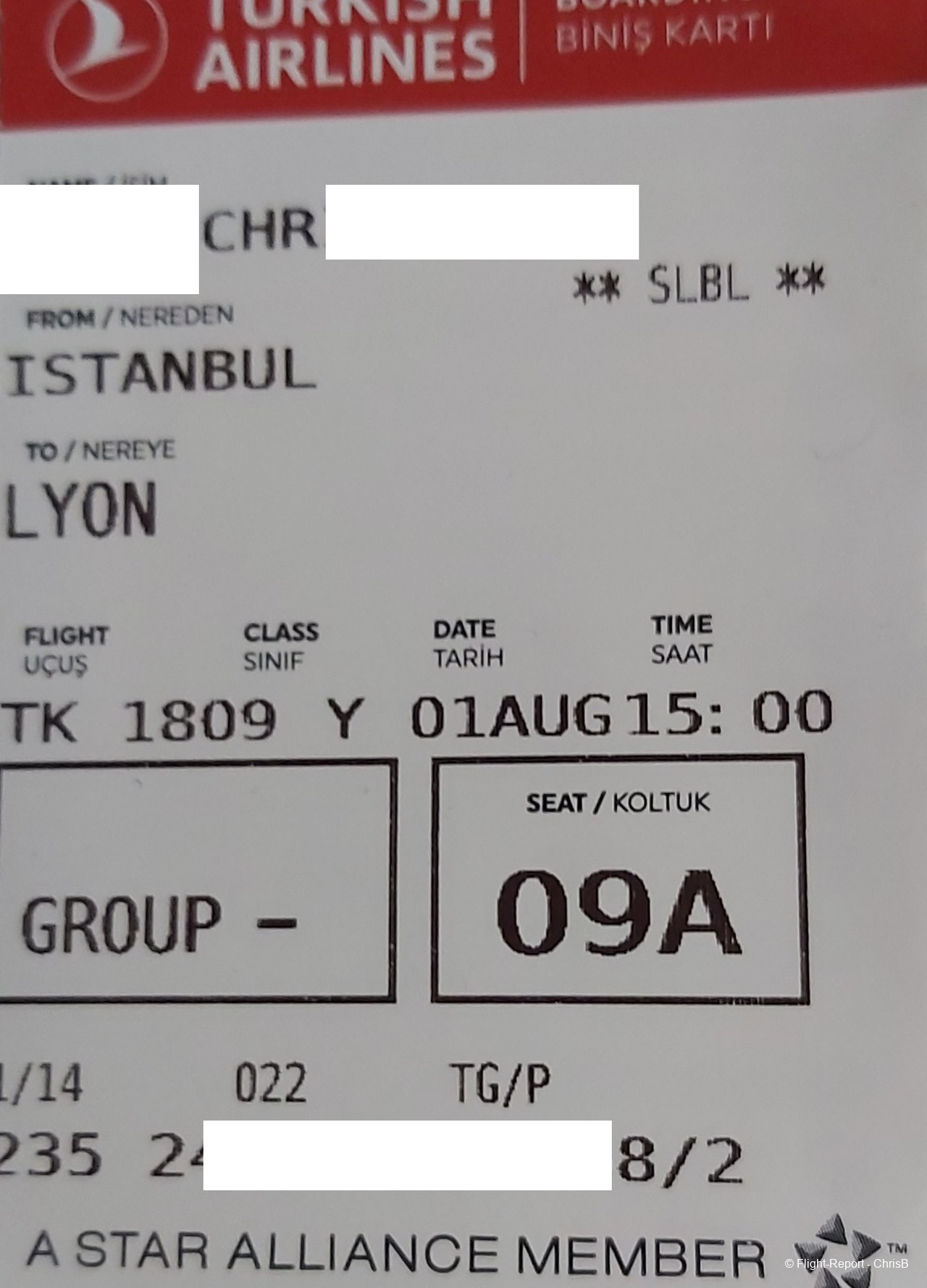 We arrived at the airport by taxi, passing by the brand new mosque of the airport.

You can tell how massive this building is.

The airport didn't leave me a great impression when we landed there on the way out; however I lust say that despite the crowd; the airport has a large amount of facilities, it is clean and reall aerial - you don't feel oppressed at all.

Arrival is followed by a first security check.

I am not sure if this is done on purpose but with the sunlight, the openings on the ceilings look a bit like the crescent moon of the Turkish flag righ?

An amusing detail: this is the first time I see a denied boarding lounge!

Once we checked in and passed the passport control, you need to go through again another security check, before stepping in the realyl big food and duty free hall.

The terminal is that big that on the back of your Turkish Airlines boarding pass, a map is printed.

The view on B and C piers.

We were called twice at the gate: once for everyone to have their passports/PCR test done, and the second time to board, without priorities just like on the way out.

And unlike on the way out, I made sure i was locked to my window seat this time!!!!

We tried the technique to book A and C, hoping B to be left without any passenger but the flight was full this time around too.
The pitch is similar as the A321Neo, the seats are of course much older as you can see with the old IFEs.

Safety video was played on these old IFEs, while we were pushing back.

Taxiing took some time, the airport was full of planes as you can see.

Ready for take off… aligning…

And go, take off! 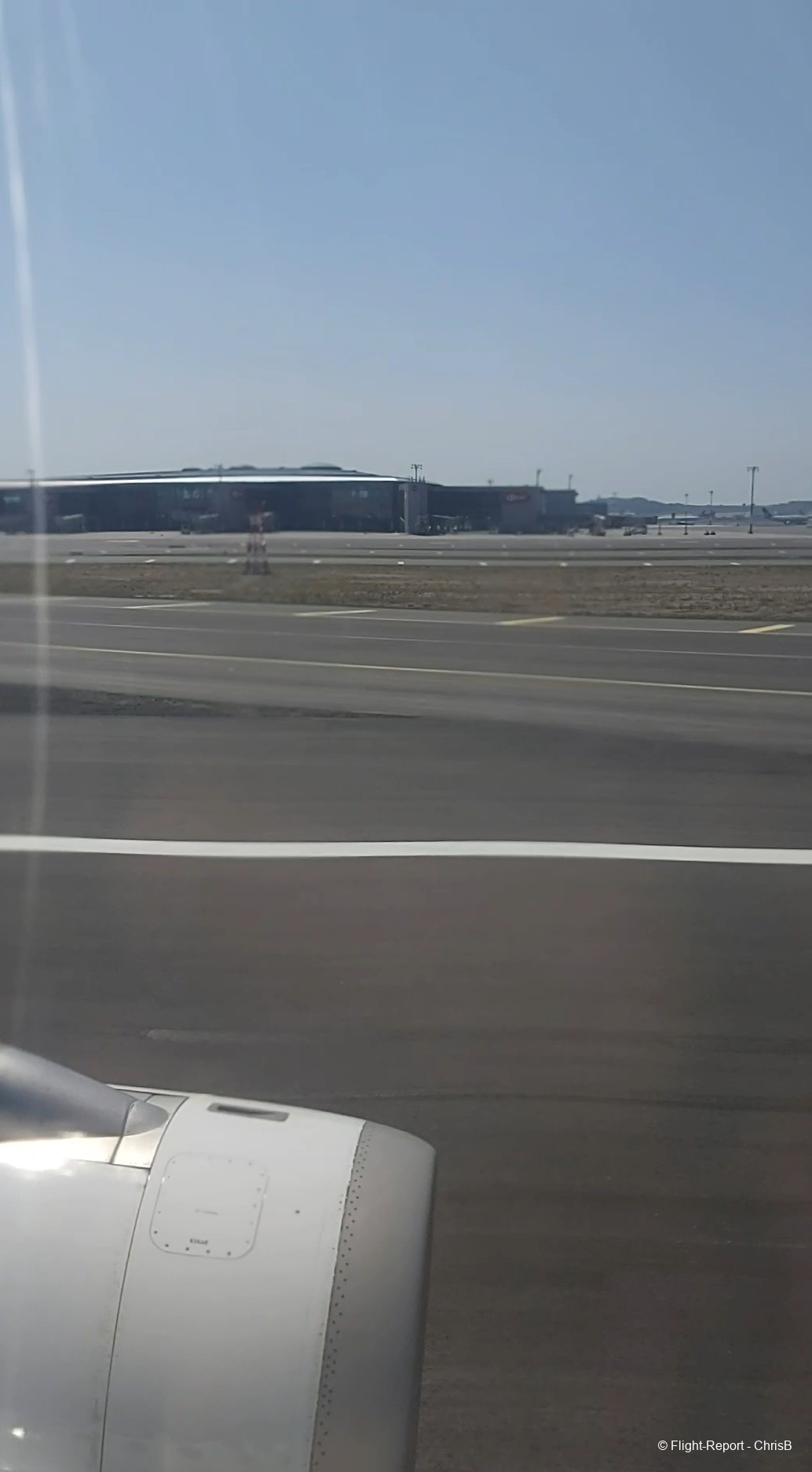 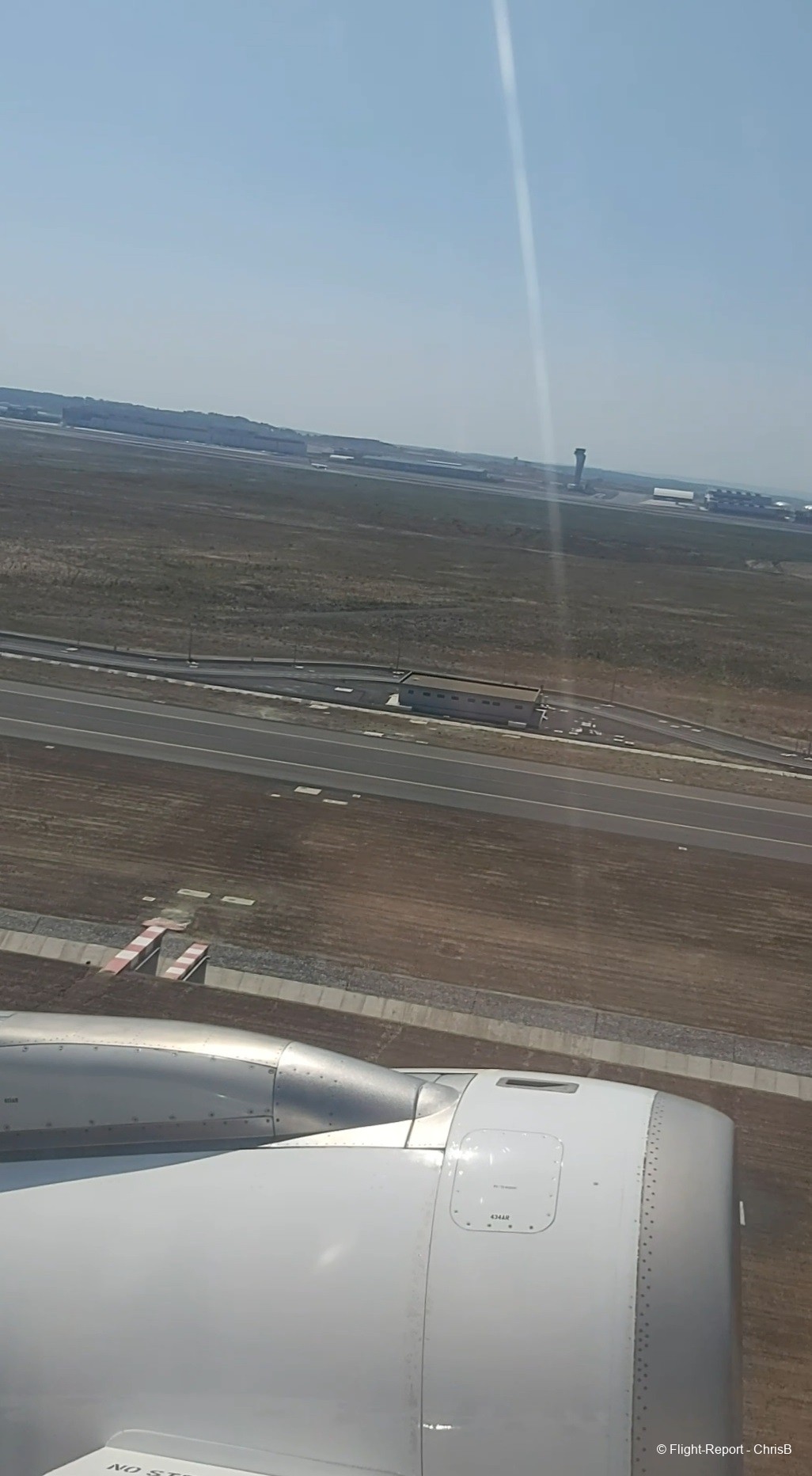 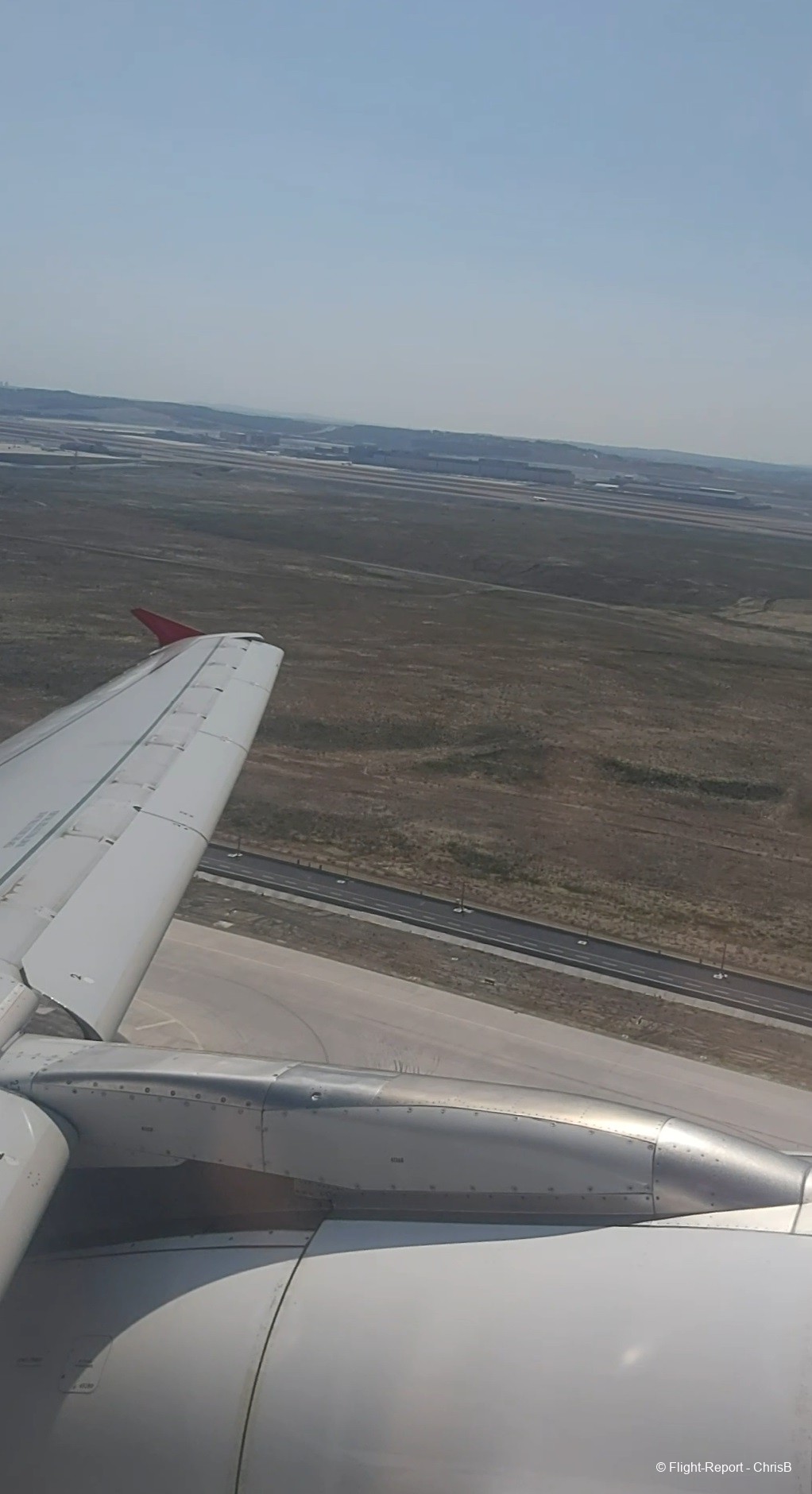 Flying over the caspian sea just after take off.. A first for me! Also a parallel take off as you can see.

Flying over Bulgaria, when I started to watch my movie on the IFE.

and the service started about 45min later.

Just like on the way out, I was impressed by the food served for an economy class; although average in quality, in quantity that was nice.
The wine and water is also included for free; and the cutlery are made of metal, not plastic.
The only minus is the dessert, the chocolate mousse was disapointing; otherwise all things that are now rarely seen on most european legacies it must be said.

And this is when we approached Italy from Croatia that the weather quickly got worse with a few turbulences.

It is surely not linked but more or less at the same time the IFEs of the planes suddenly stopped working. The crew came to each row to double check, and informed us of what they were doing a few times - to their credit.

So we finished the flying by looking out through the window, in the old school way!

and landing onto a wet runway!

we taxied for a short time at a gate next to… another TK plane! Was it a late one to Istanbul?

One thing I noticed though at baggage reclaim: a lot of people in this A321 put their luggage in the hull, I am not used to wait that long anymore to reclaim my bag..

And a last picture before jumping into our car…

As the aftermath, here is the screenshot of our flight, where you can really see the route changes to avoid the thunderstorms. 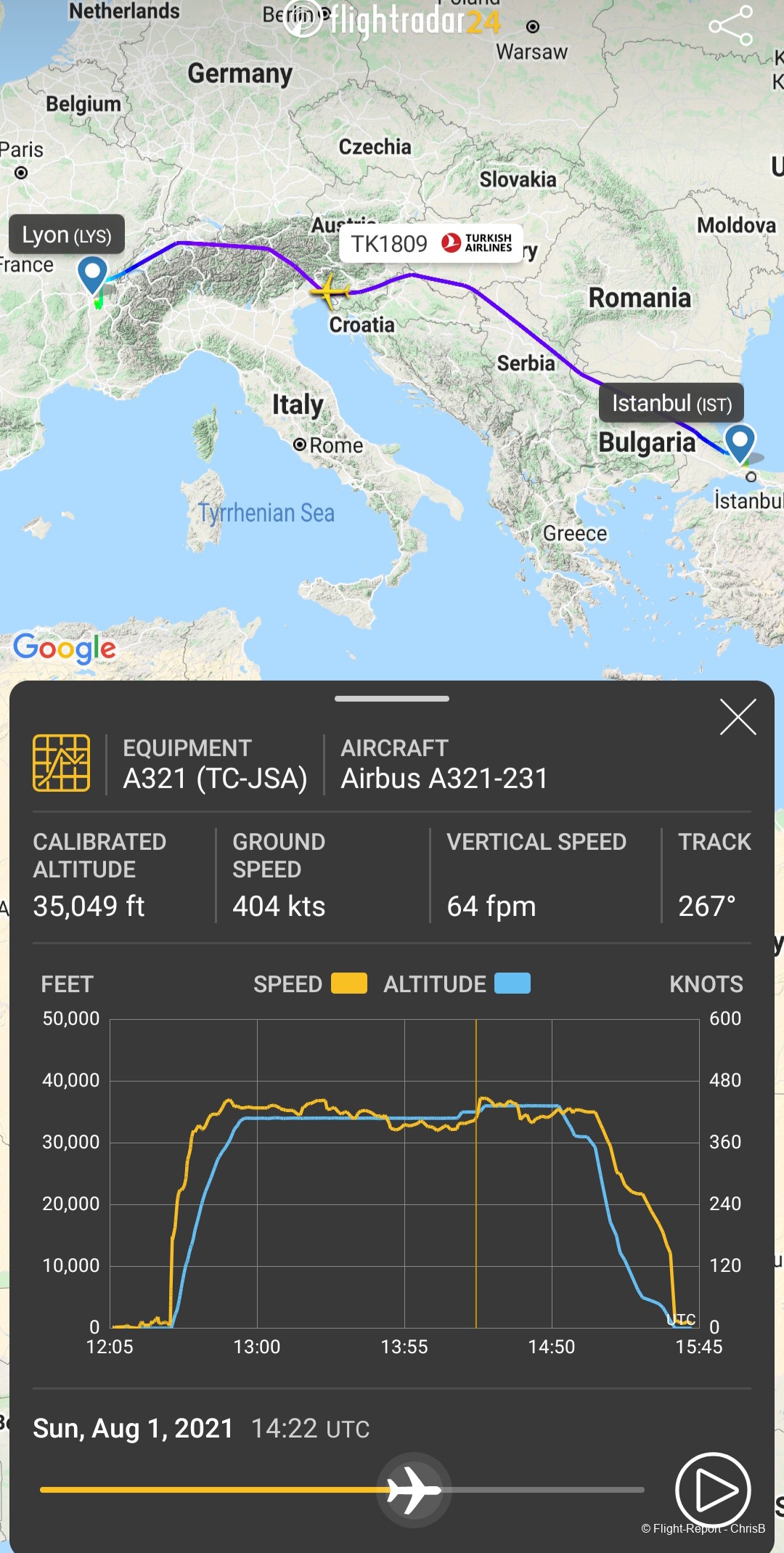 TK: My second flight with them, overall a good impression for a 3 hours flight in economy - better than European legacy carriers.
Hard product is overall better - IFE, plugs, WiFi, but no magazine.
Soft Product - a complimentary propper meal with free booze - dessert really not that good - that's why I am not putting it a 10.
Staff didn't manage to get the IFE working again, at least they tried and kept us informed. There was no Wi-Fi onboard, nor magasine. I am not sure how to rank the entertainnement bit.

IST: Brand new indeed, spacious, with a LOT of food and shop options. As a minus it is really far from the city.

LYS: Efficient, as awlays. Although it is a bit funny; baggage reclaim as on the older building of T1, not the new one - maybe not re-opened yet?