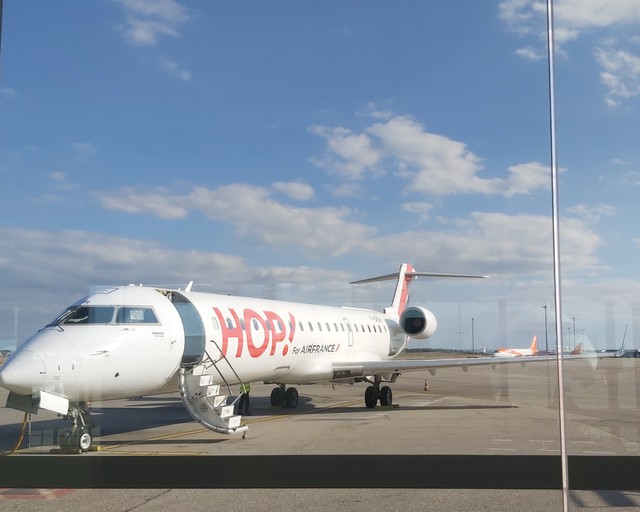 #38 out of 74 Airlines A minimum of 10 flight-reports within the past two years is required to appear in the rankings. 894 reviews

from mercurey to margaux

As part of my job, I have been travelling to Bordeaux a lot of times in the past year, up to a weekly basis at some point. This was the first time I experienced a "regular" flying experience, where even some crew member might recognise and greet me!

I know this is just a small domestic flight, and it is hard to make it interesting but I'll try my best! 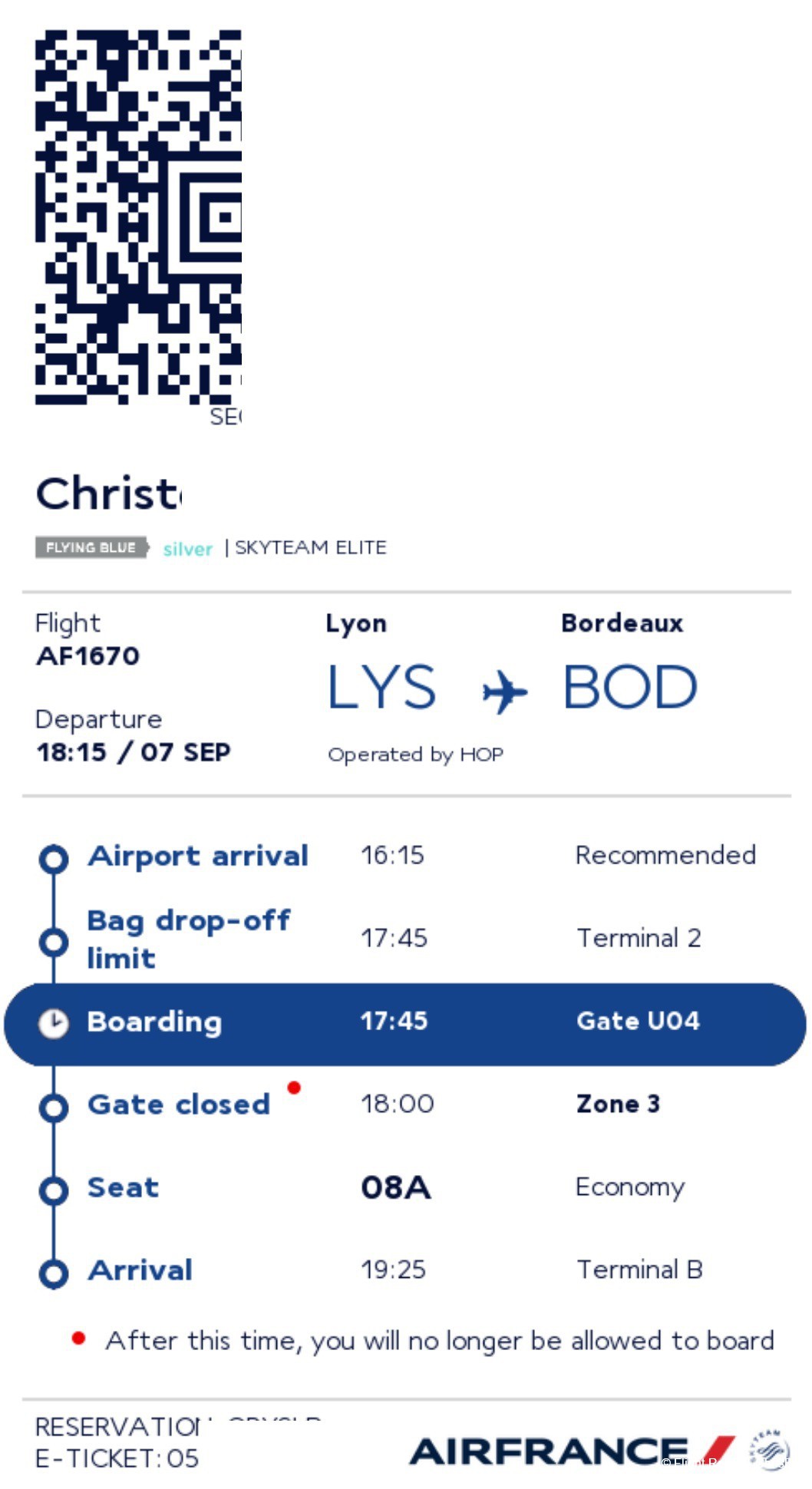 Fortunately, my job let us choose the airline we want to fly with, and so as a Flying blue frequent flyer I did not choose the orange plane over Air France..

I chose my seat 30 hours before departure, as all HOP flights, you can't choose your seats before this point. 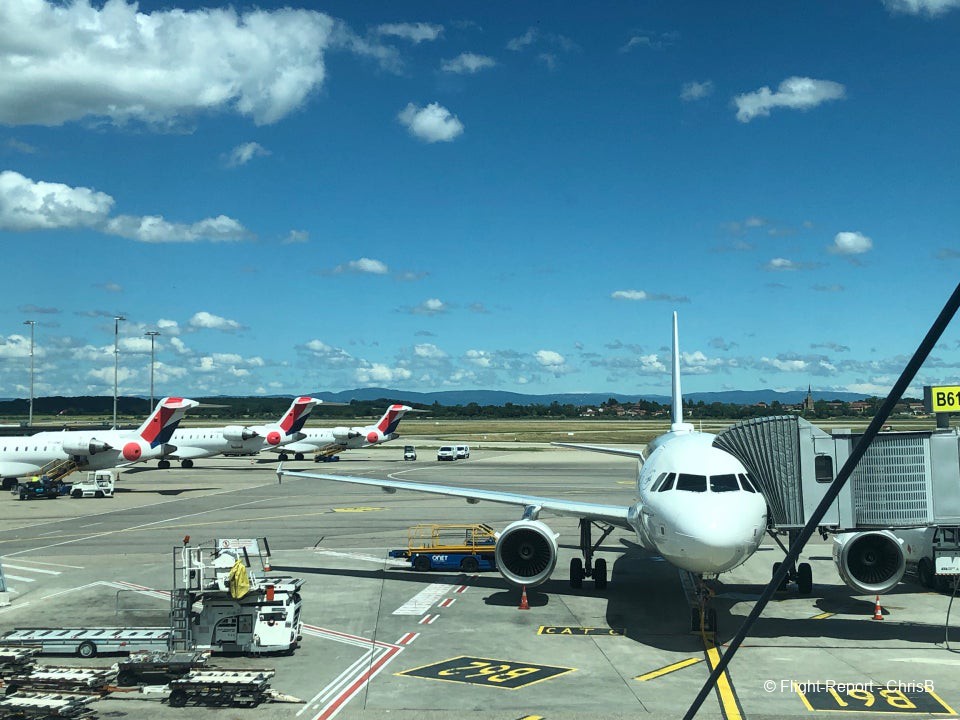 I arrived with a taxi as usual, and went through security really fast:
- during covid times there was barely anyone at the airport at 6pm during a weekday
- I was travelling light as usual, with just my cabin suitcase.

A few hops and a dutch embraer friend… 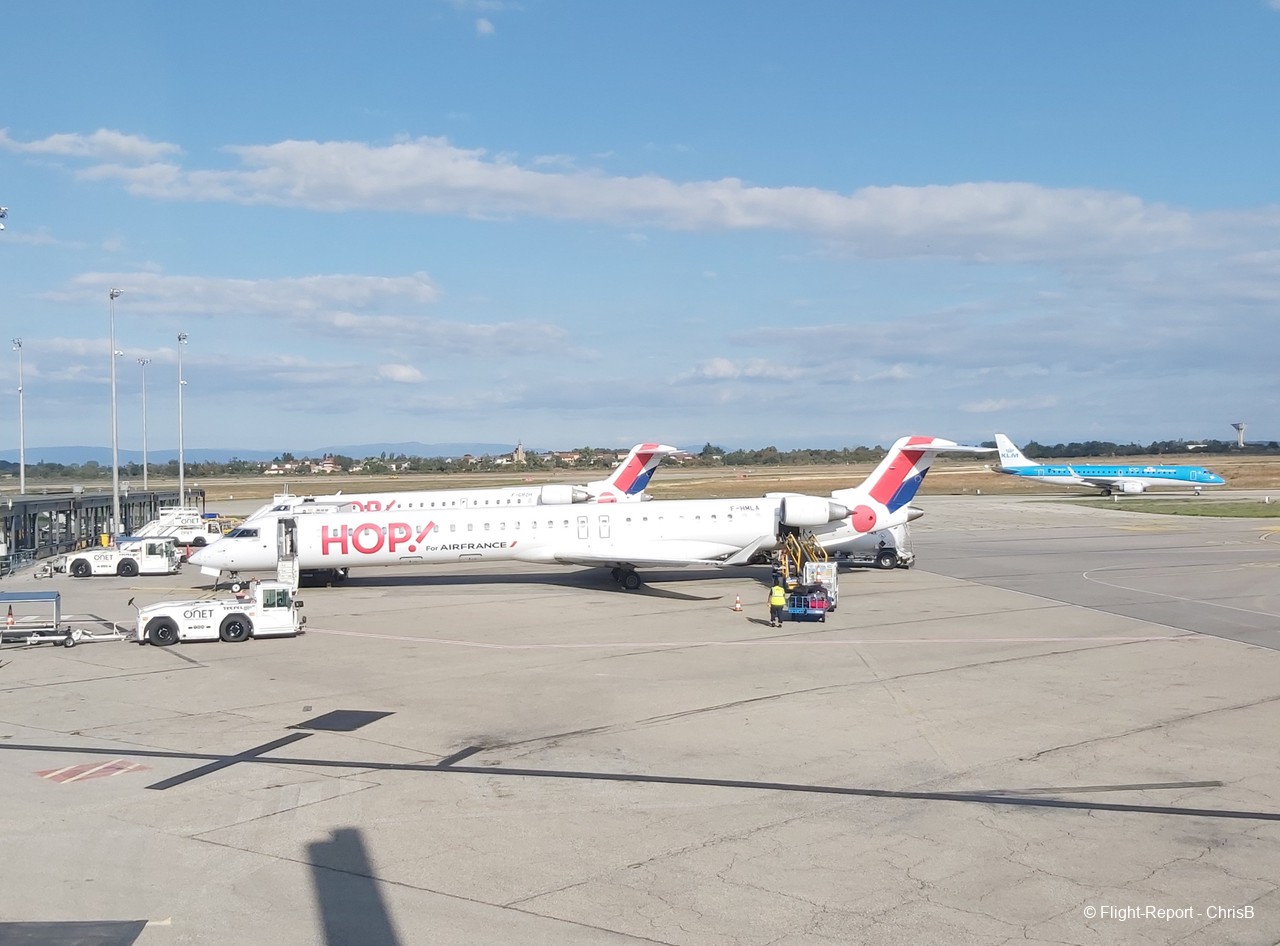 A good thing to know when you flight onboard the CRJs is that, even if you only have a cabin luggage, it will have to be dropped at the plane door and to be placed in the small hull under the cabin.

I arrived at the bit of the terminal dedicated to HOP, and as usual my flight was leaving from the U gates.
It seems as if U are for domestic, S for international flights - where my previous flight to Rome was scheduled from. 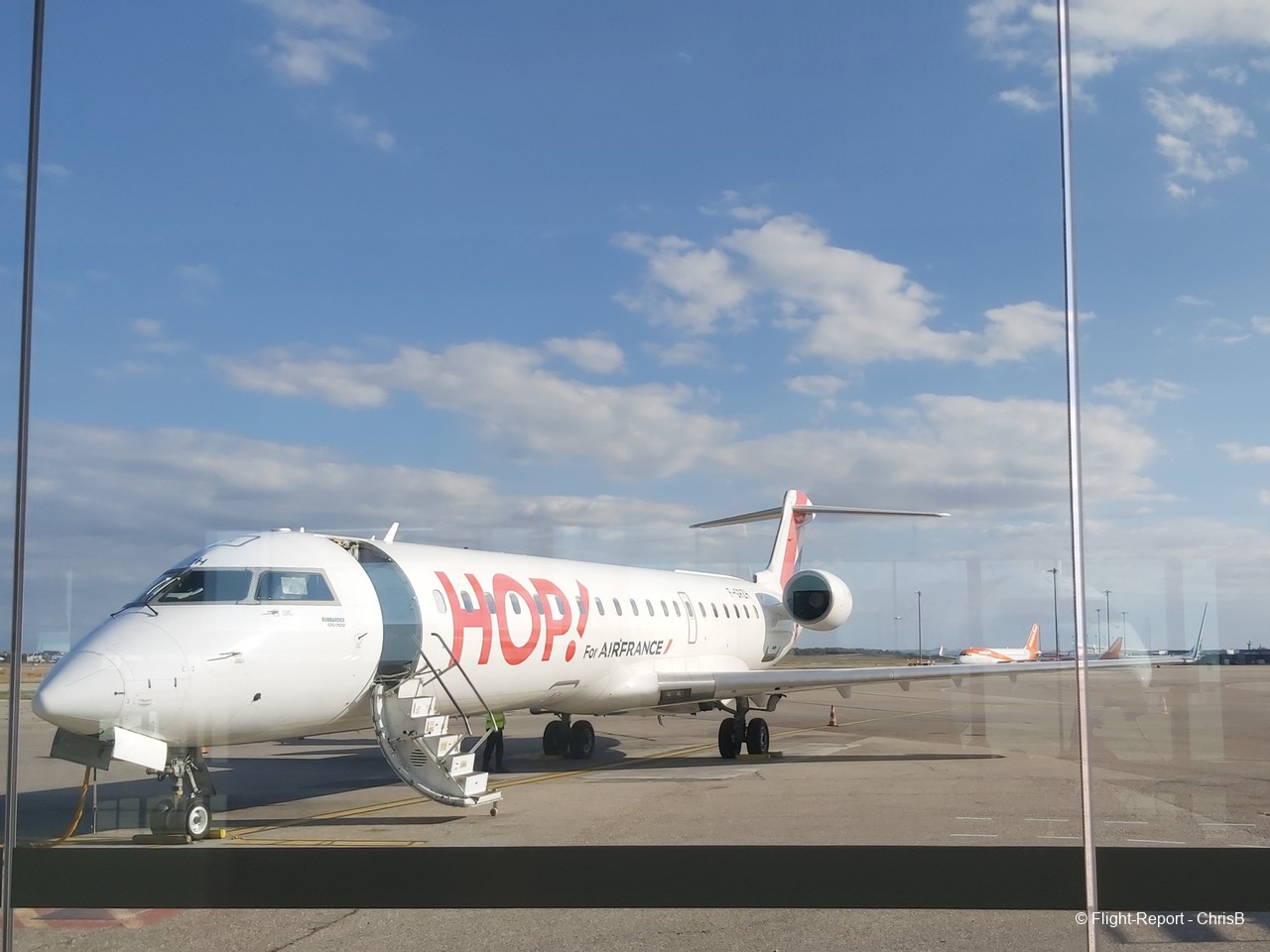 We were called to board on time; with the Skypriority respected, premium passengers were called first. 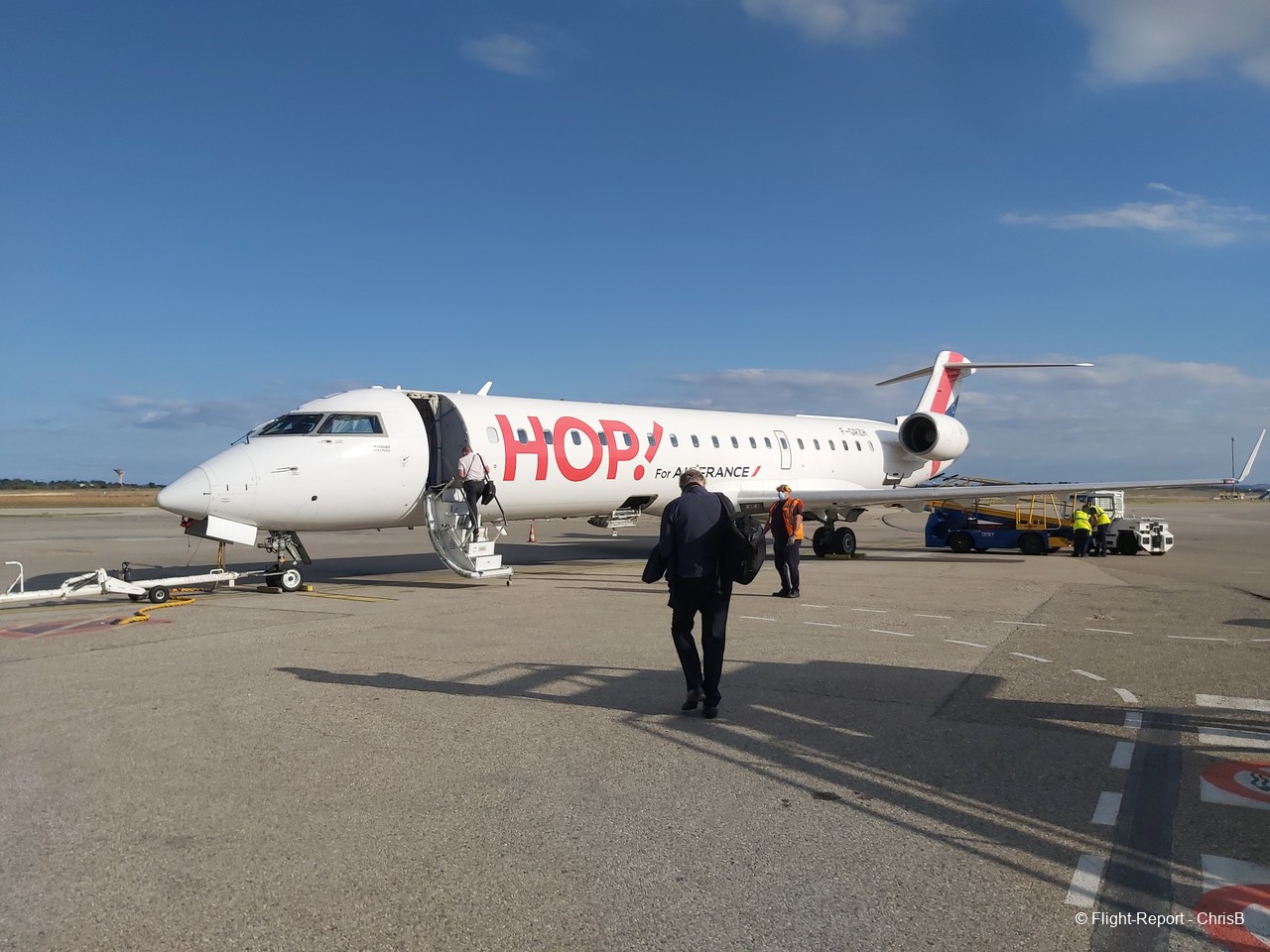 The crew recognized me from the previous week flight, as you will see later, that gave me two small "benefits":
- a long chat with them on the future of Hop (I was warned that the network will shrink to a barely viable airline)
- a madeleine snack that I wasn't supposed to received in these covid times in economy ! 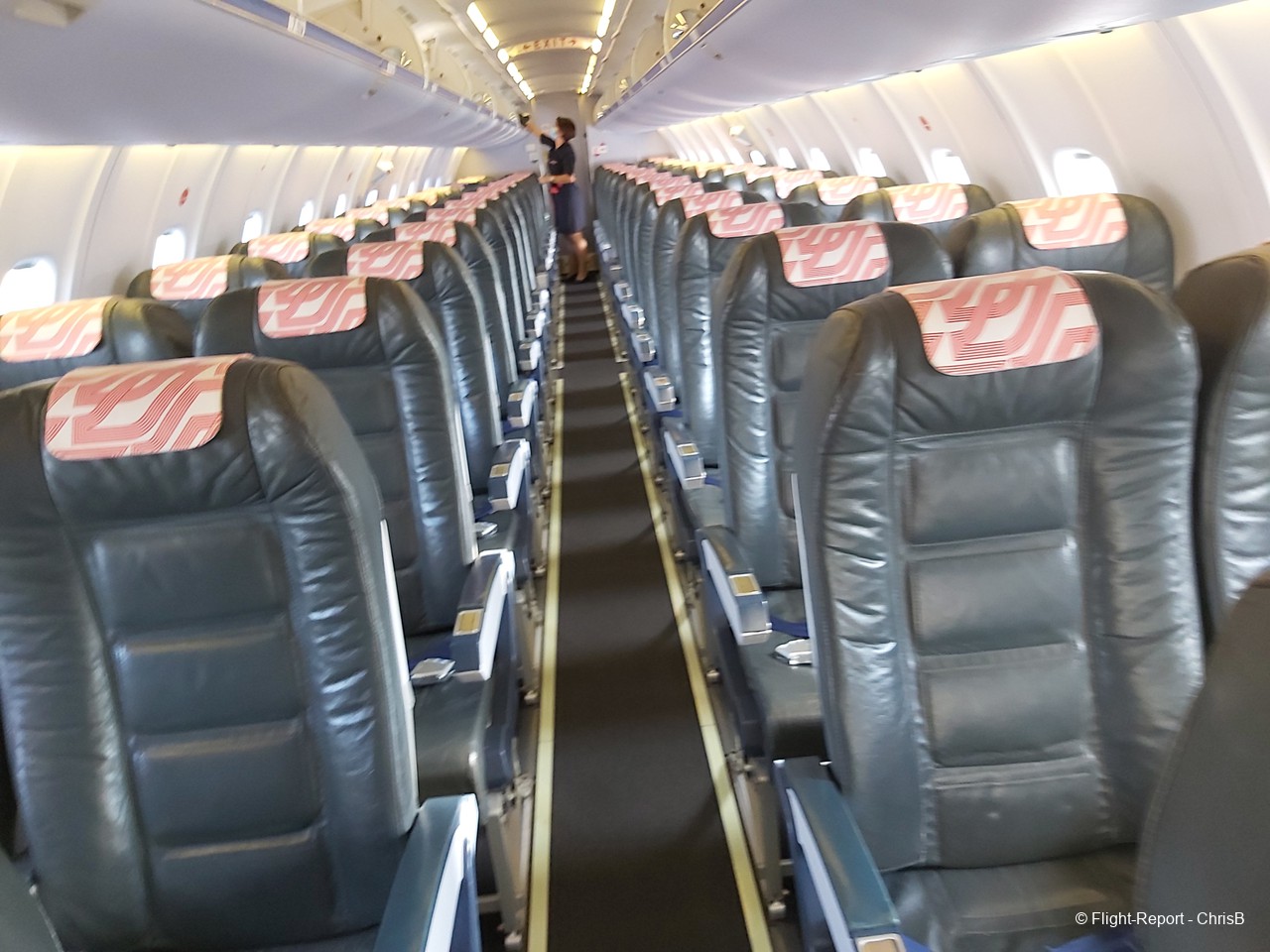 I like these old seats, they are so comfy.. Shame the sausages are leaving the fleet…

The Safety card… Soon to be history! 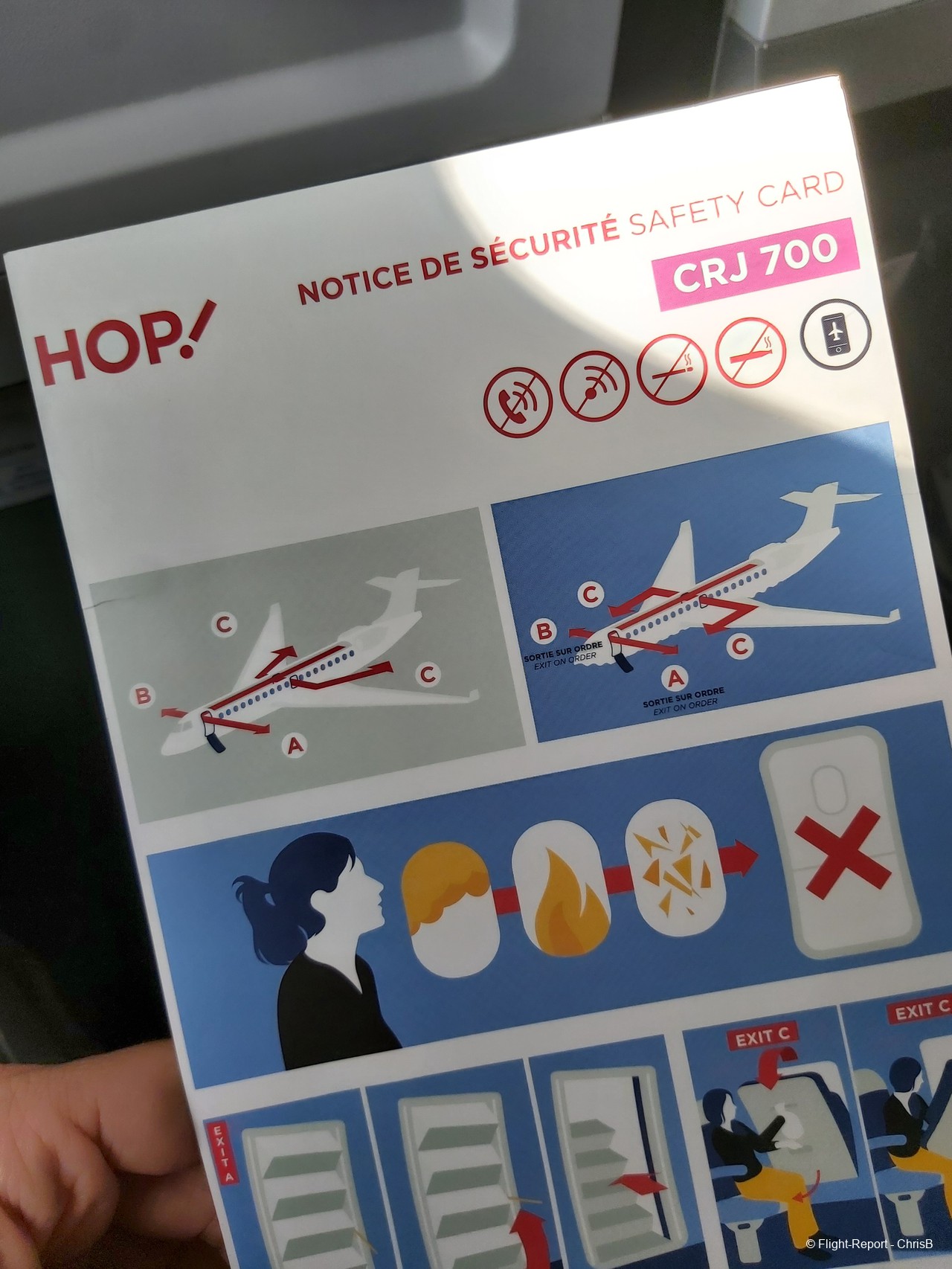 We started taxiing shortly after and took off from runway 35L as usual; after the safety briefing by the crew as usual. 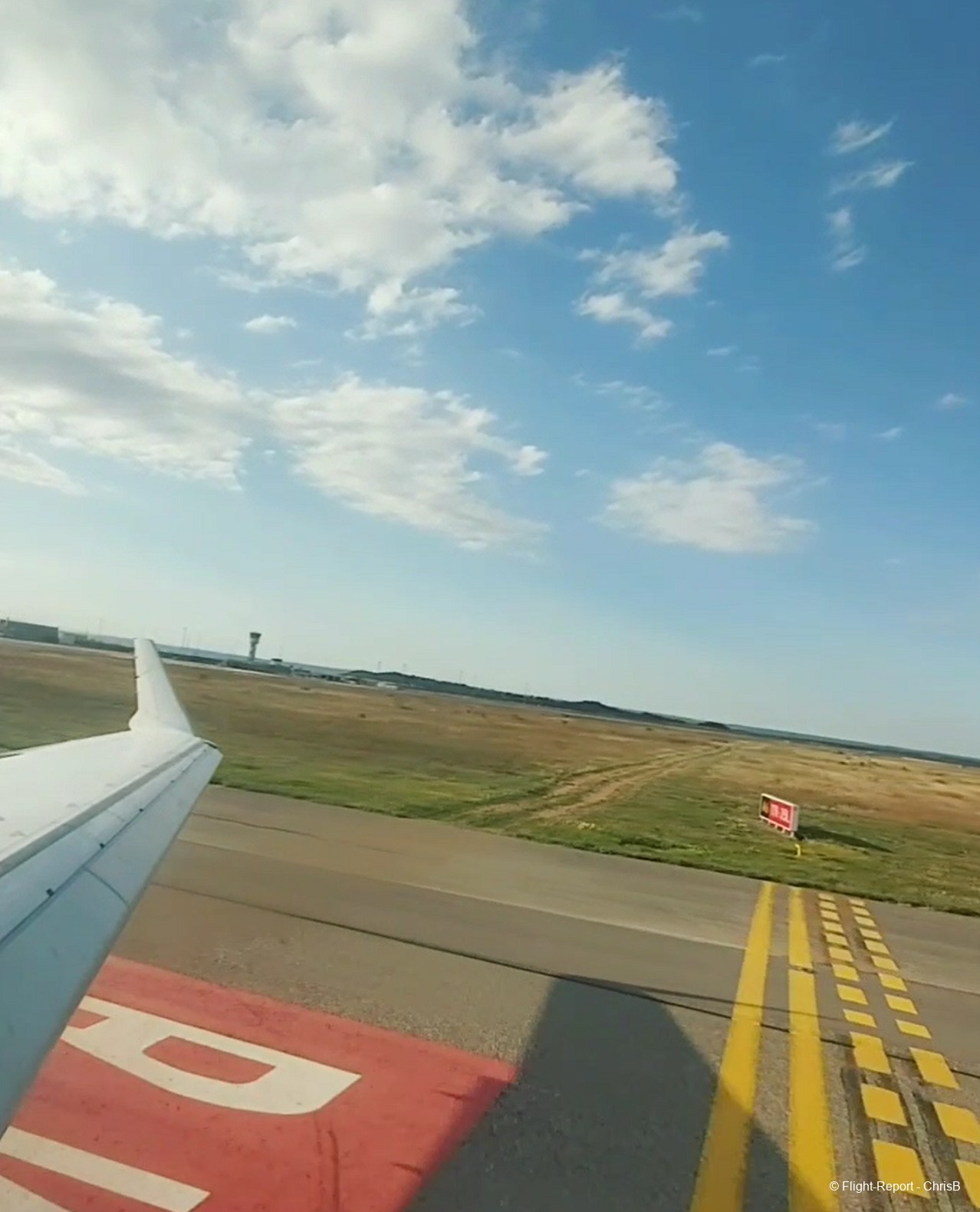 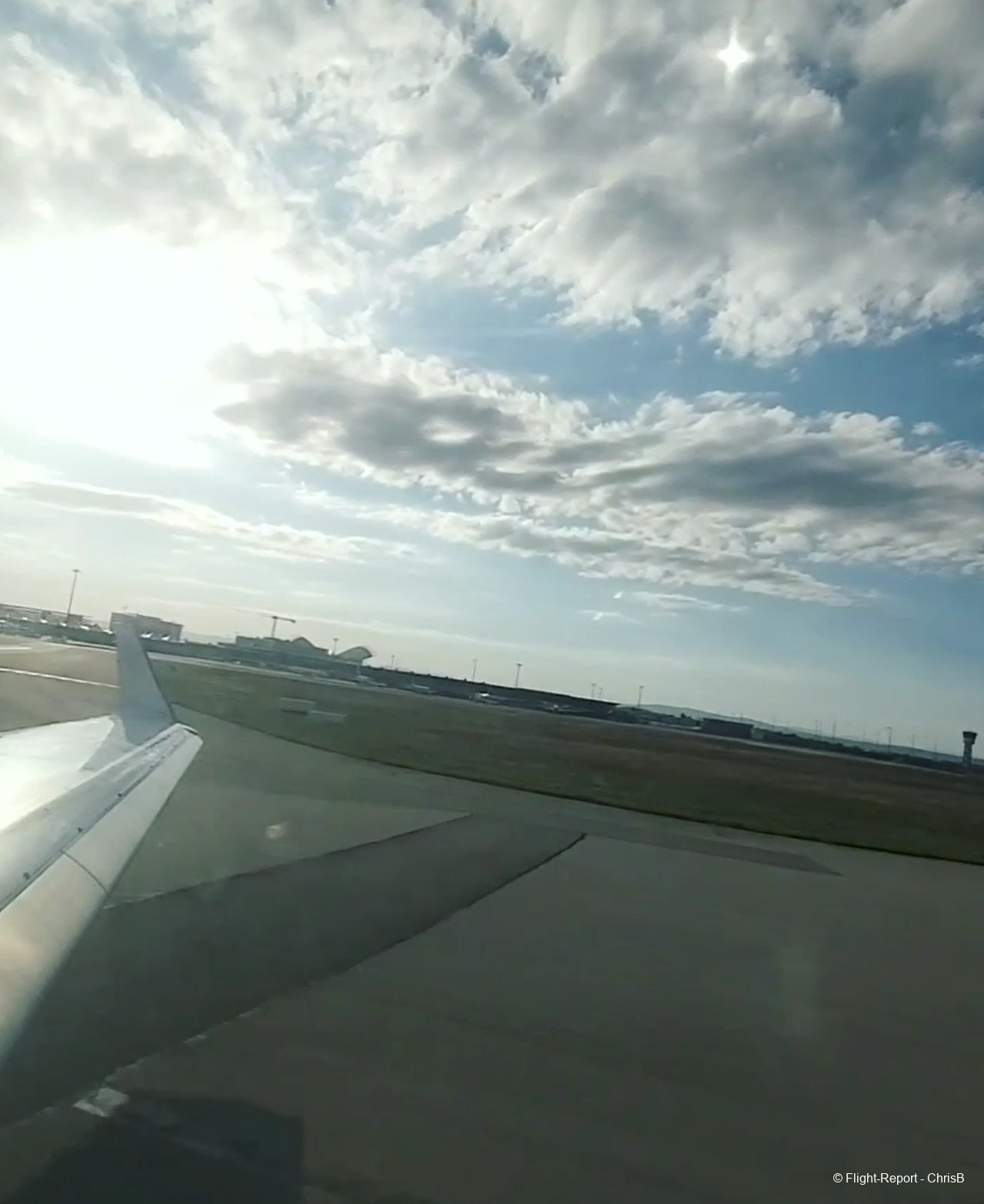 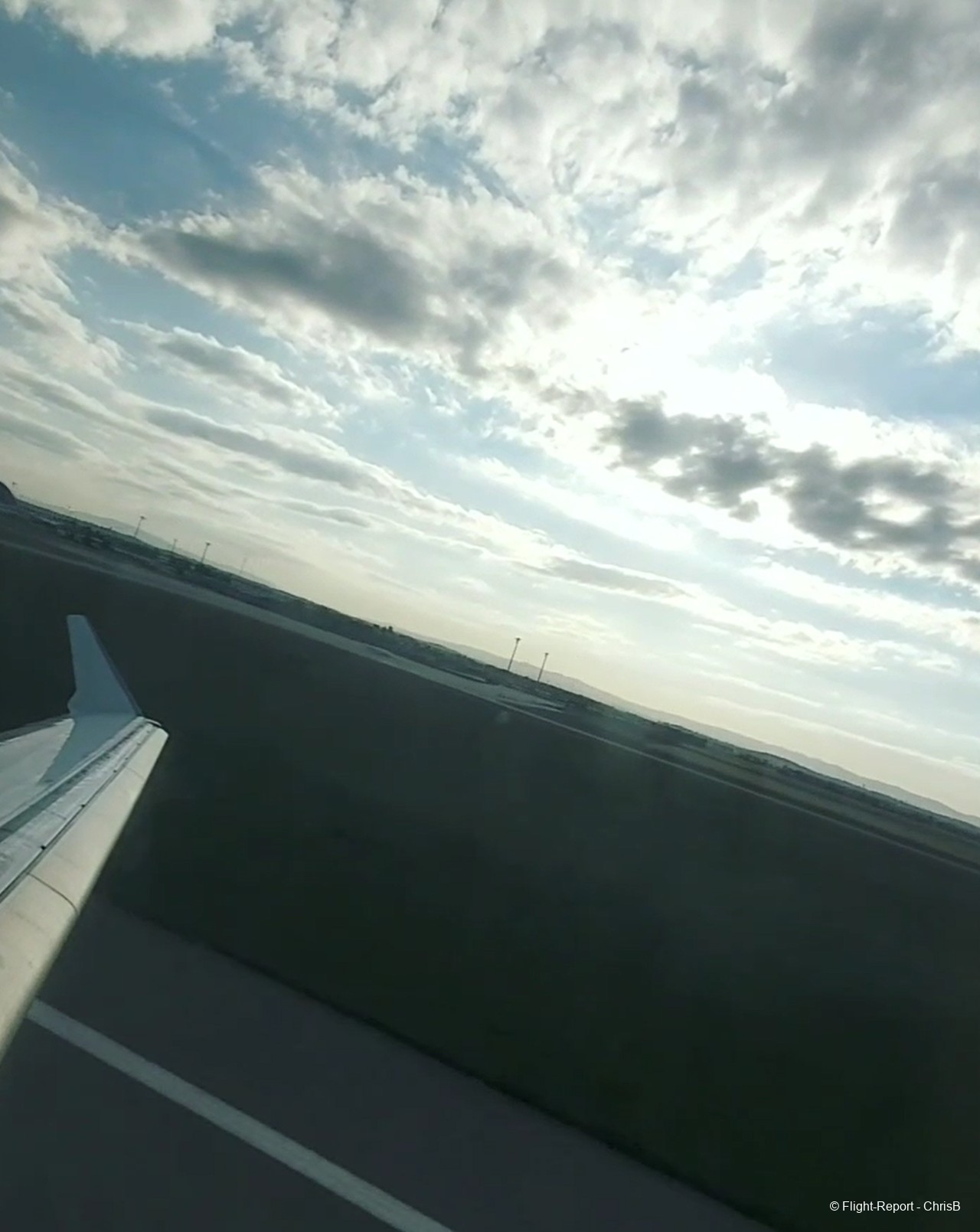 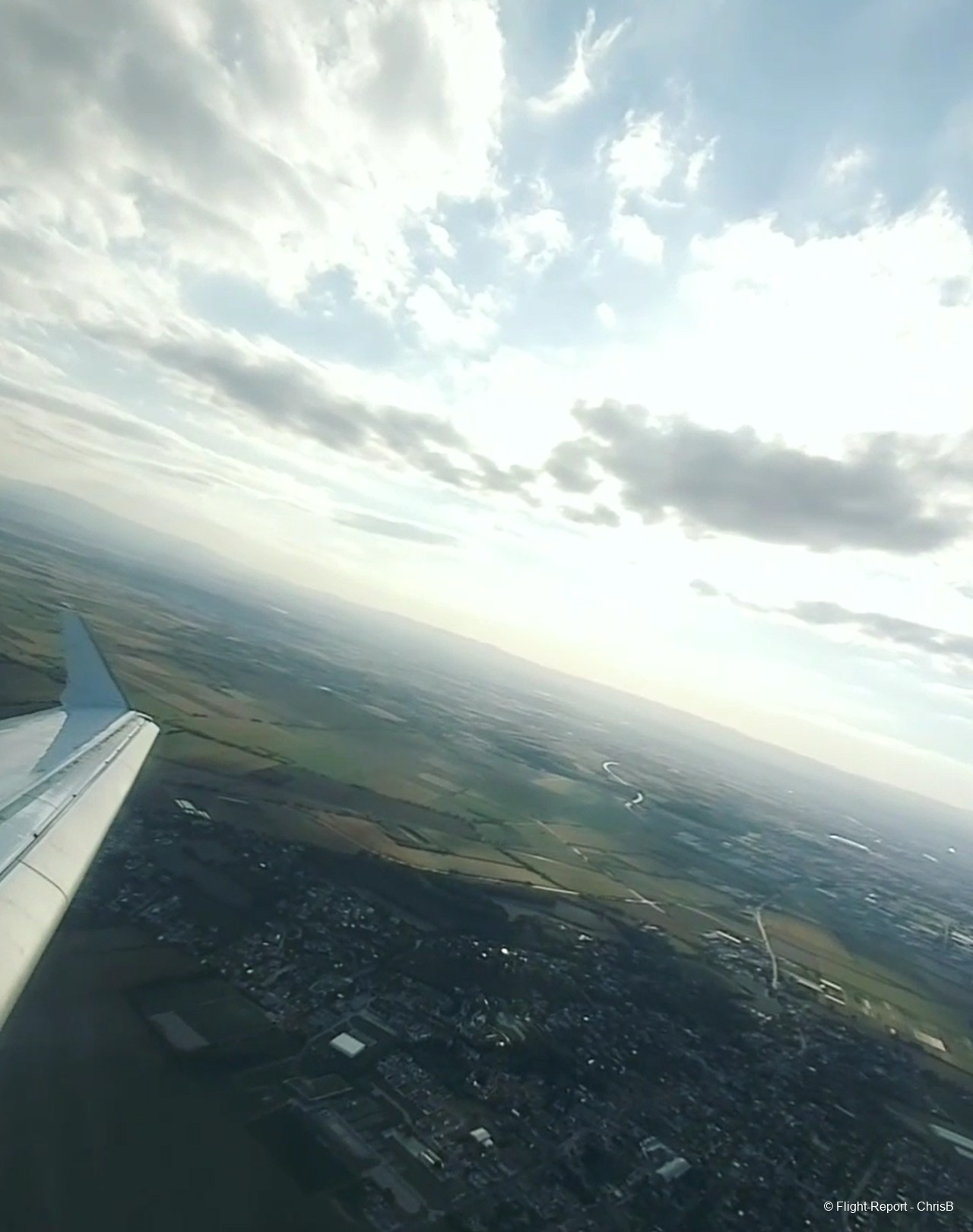 Last views of Lyon and here the Rhone river 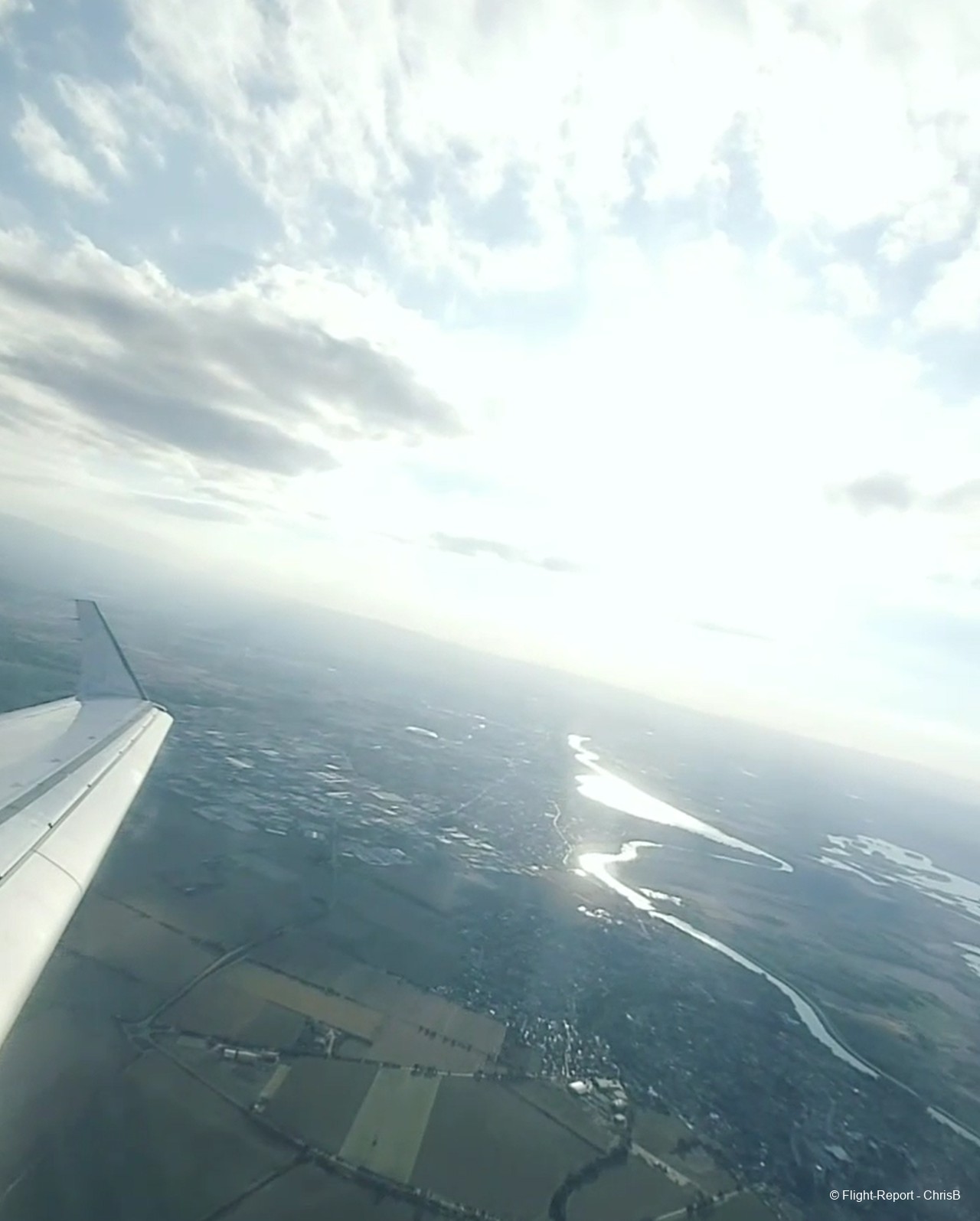 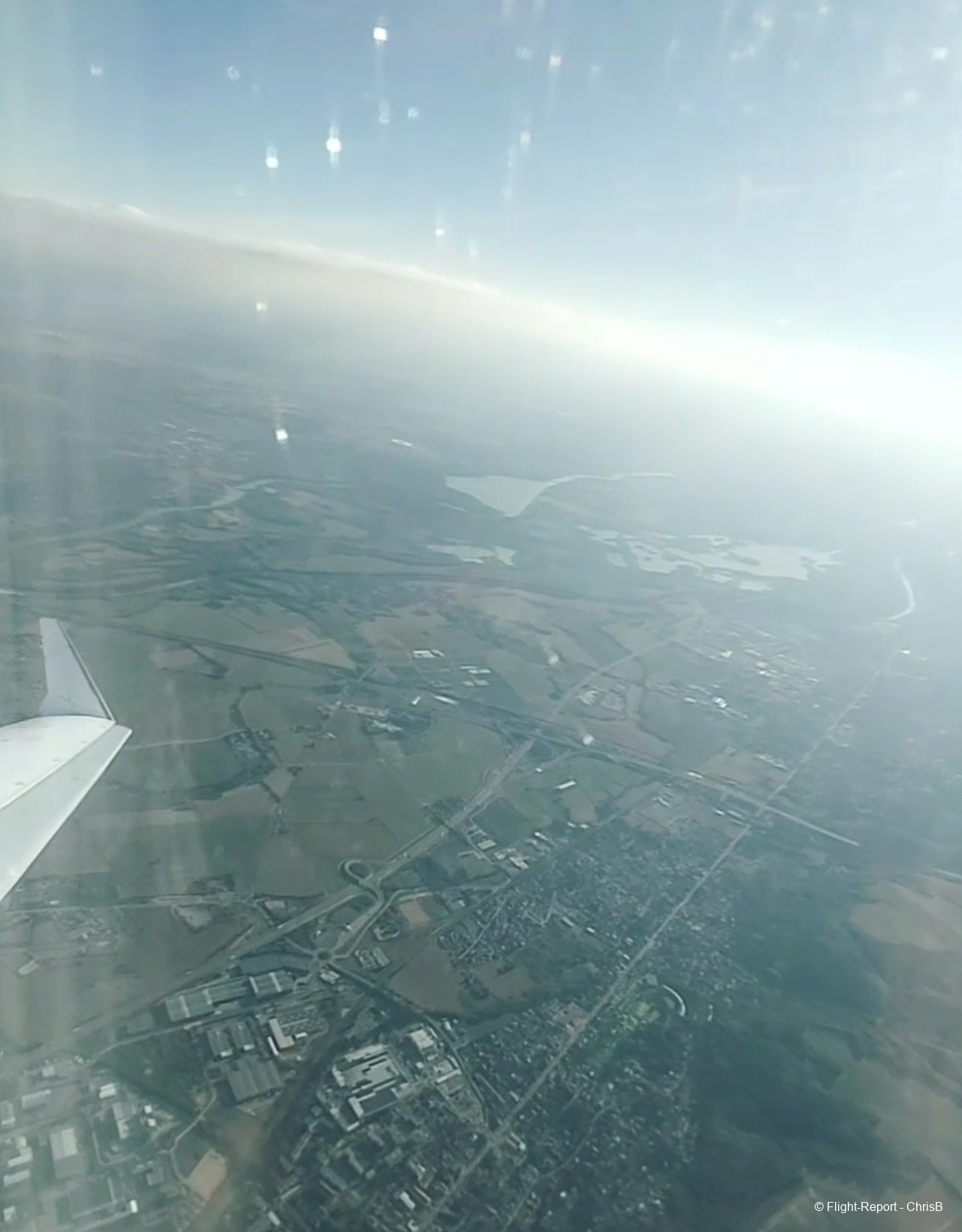 And the service started.. 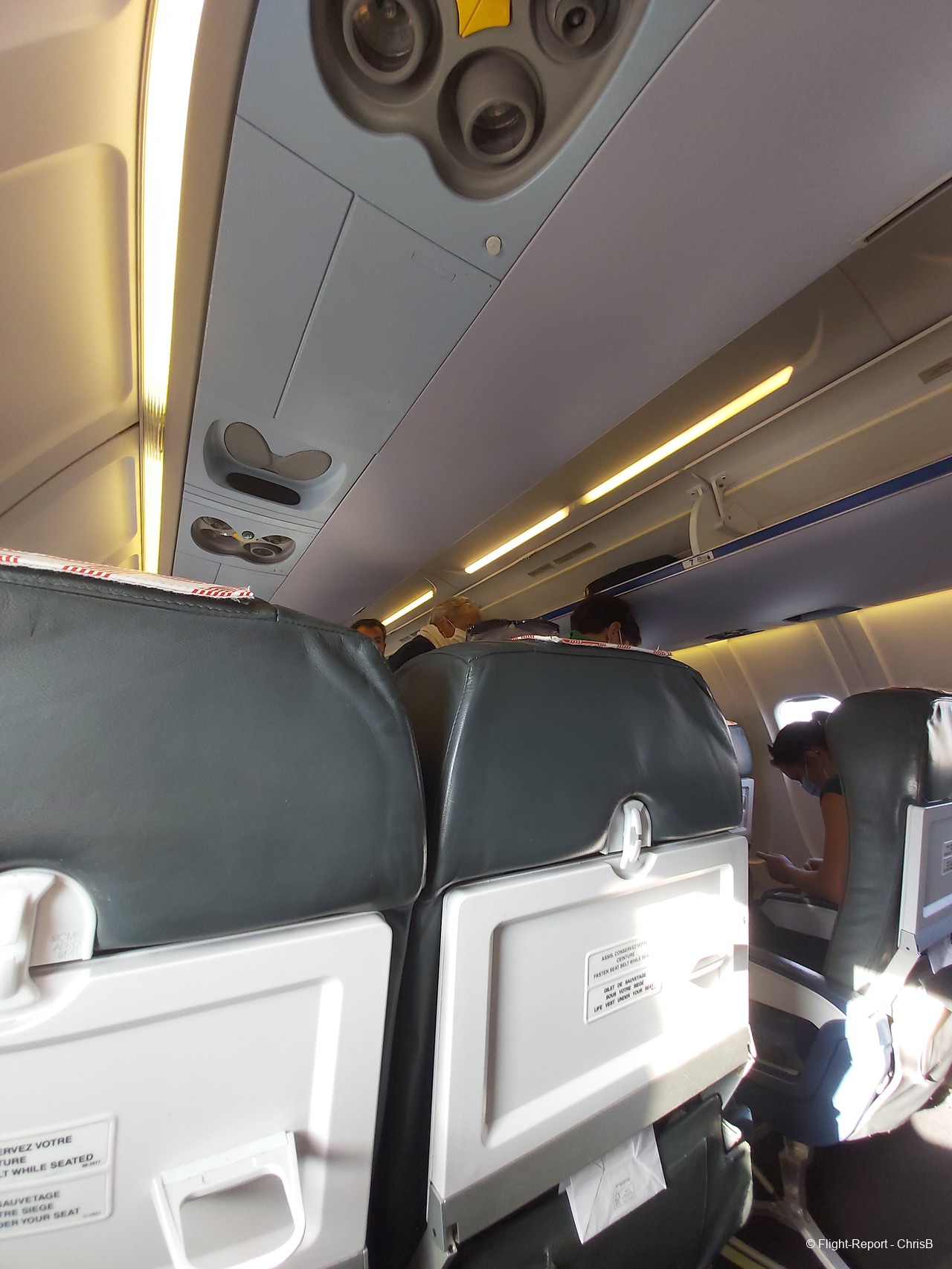 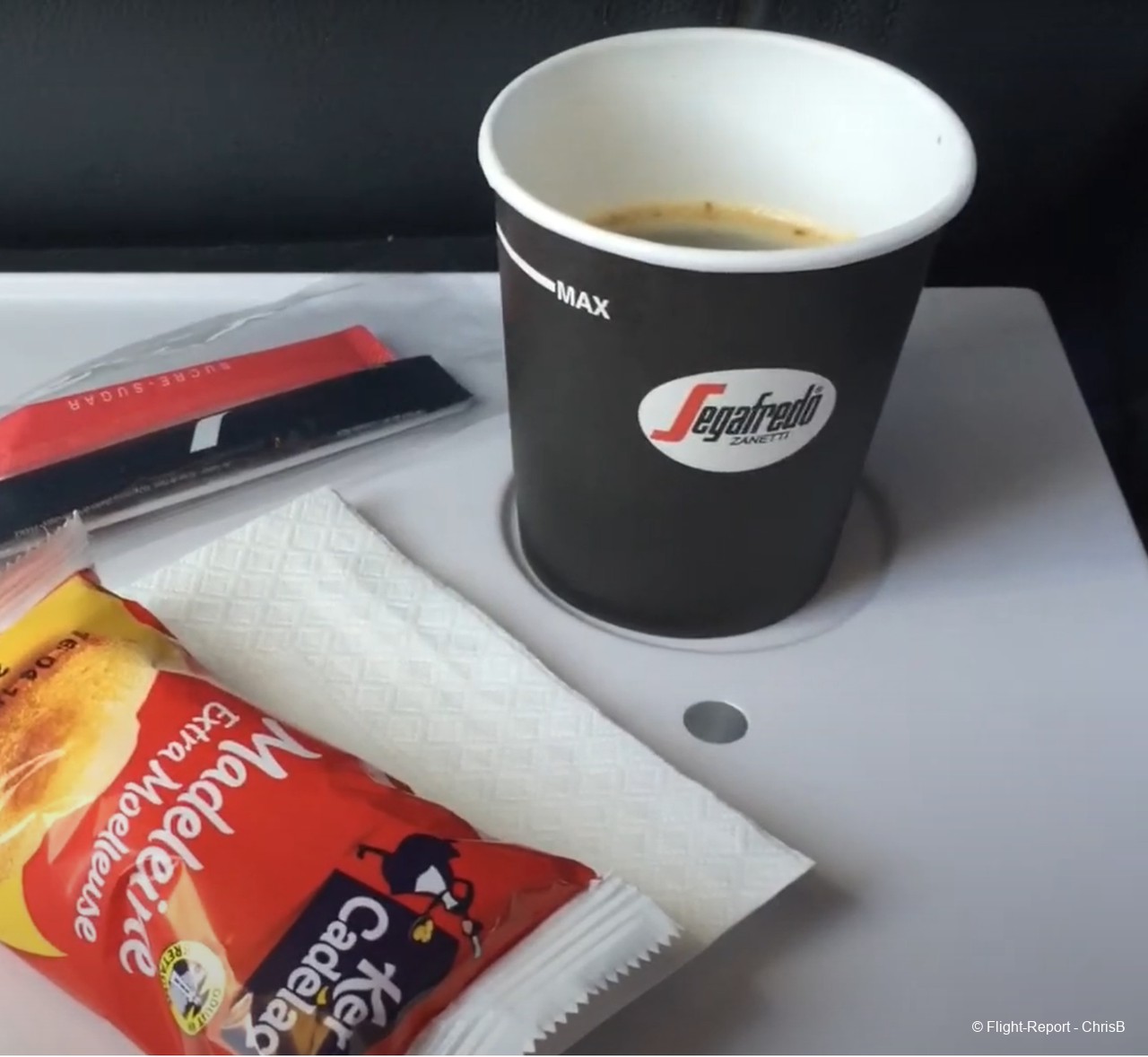 Since the first lock down, Air France stopped printing its magazine, and so it is digitally that you can discover it: 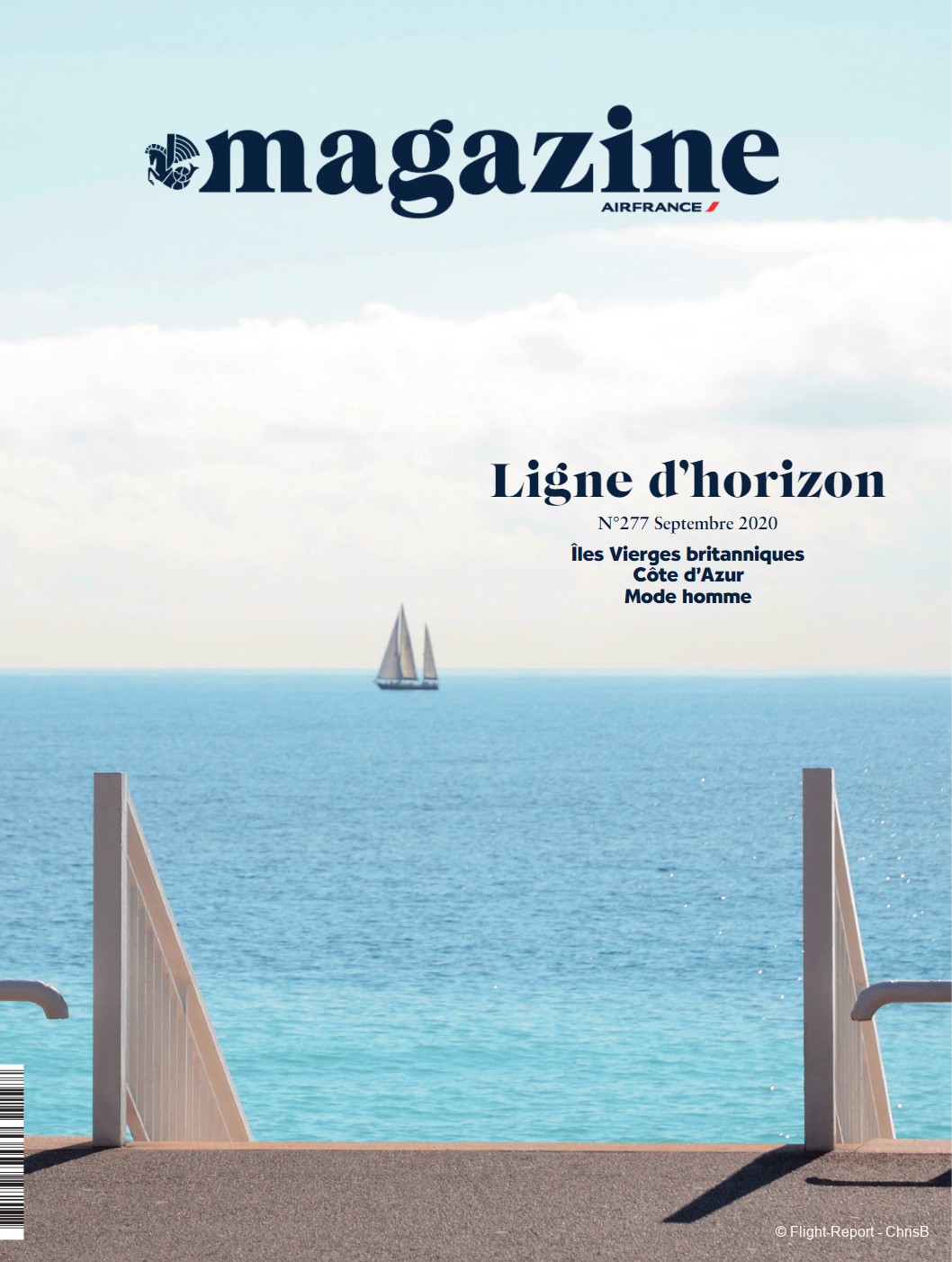 At the time, there was still 11 CRJ700s in the fleet, nowadays there are just 6 remaining… It will soon become very rare to fly onboard one! 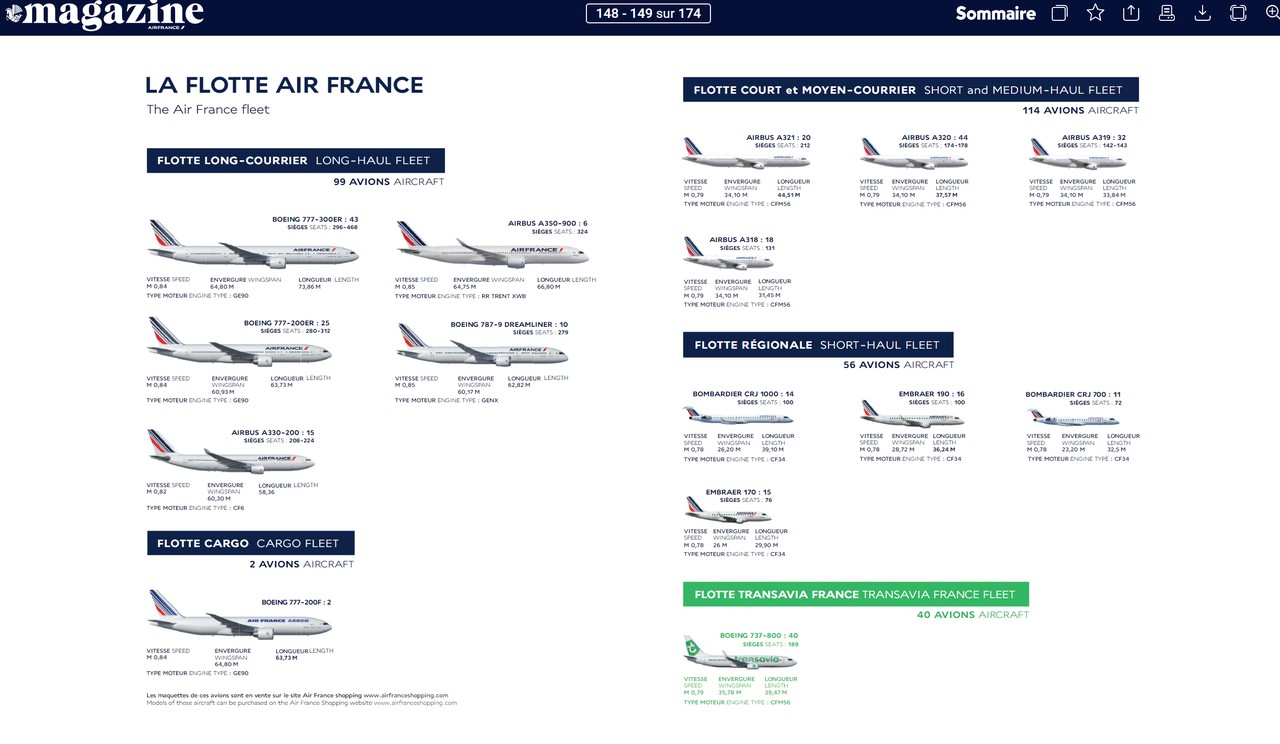 We arrived at the terminal B, where Air France operates 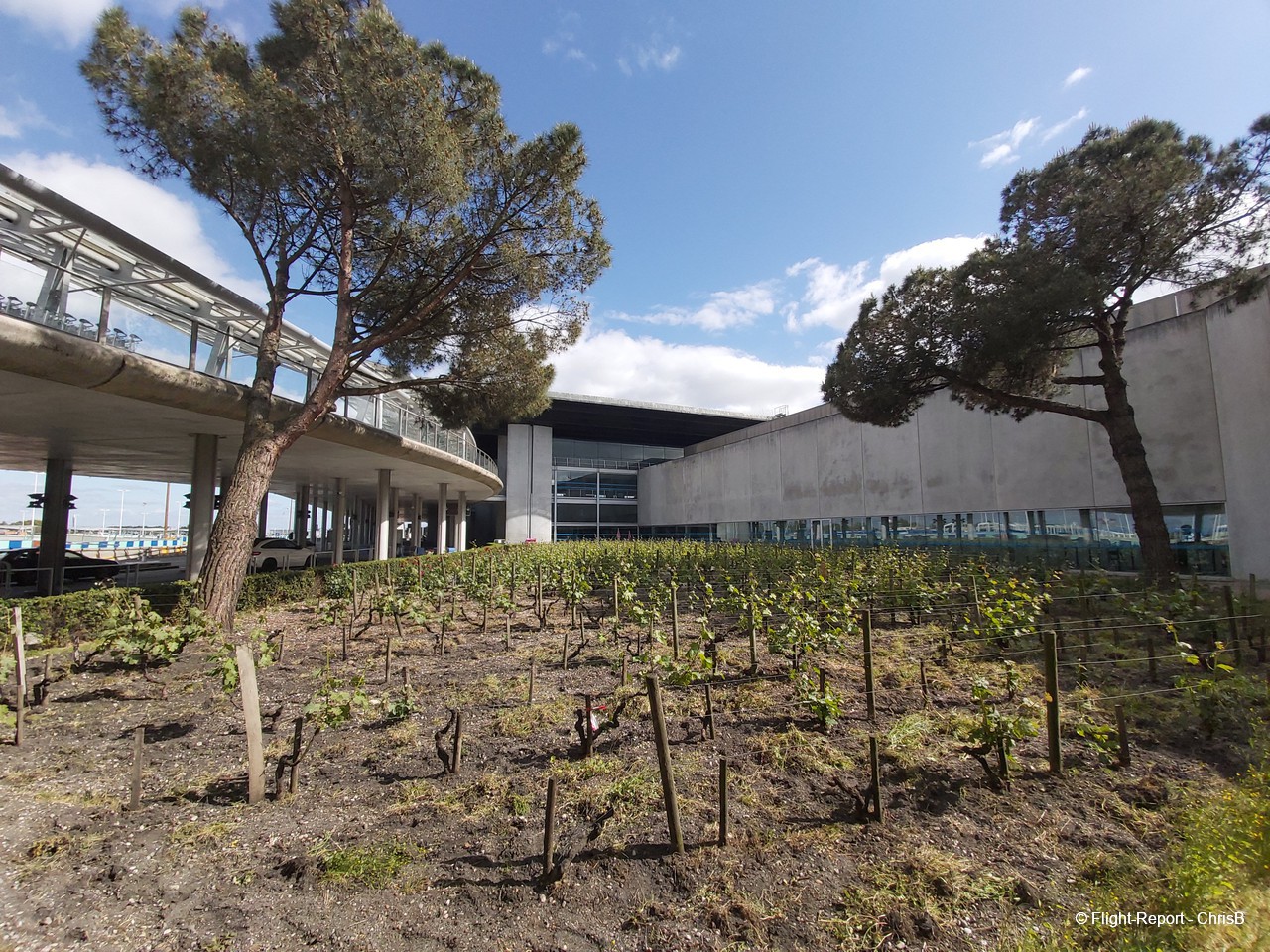 AF: a nice flight, despite the 45 min delay. Crew was really professional and caring. The CRJ was a bit old but the seats really comfy.

BOD: airport efficient too but needs to be refurbished.

The contributors of Flight-Report published 40 reviews of 3 airlines on the route Lyon (LYS) → Bordeaux (BOD).

The average flight time is 1 hours and 7 minutes.