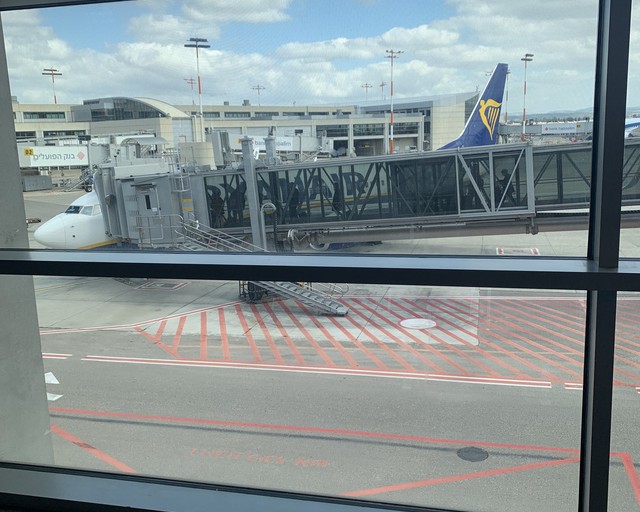 #10 out of 11 Low-cost airlines A minimum of 10 flight-reports within the past two years is required to appear in the rankings. 328 reviews

Taking advantage of a week's vacation before doing my final internship, I look at air tickets for all of Europe 3 weeks before the departure date and realize that many tickets are at excessively low prices. The lifting of restrictions in many countries makes me want to travel and wishing to see my family in Romania and in Israel, as well as to see a school friend in Germany, I manage to organize a routing for the sum of 172€.

The routing will be as follows:

This last section from Tel-Aviv to Karlshruhe is the second one operated with a low cost company, and is the one that worries me the most. Indeed, it is operated by the well-known Irish low-cost airline Ryanair, and lasts more than 4 hours.

The price of the 2nd leg between OTP and TLV was already low (32€), but this one beats a record.

This is much cheaper than any low-cost to Paris (176€) and will allow me to visit a friend in Karlsruhe. Then, visit Strasbourg and return by TGV max (0€).

In short, I jump at the opportunity but expect the worst after my experience between Tours and Marseille!

I would arrive at the airport 3 hours before the flight by cab from Tel Aviv for about 40€.
I pass the usual security checks at Ben Gurion and start to queue to get my ticket.
Traveling on a Friday afternoon, the El Al counters are empty but the 5 Ryanair counters are packed.

After 45 min of waiting in line, the FR employee tells me that I should have downloaded my ticket on the online app.
It doesn't work, and she offers me to print my BP for the price of my trip 20€.
Thanks to his help and the patience of other travelers, I will manage to connect online and get a BP not adapted to a smartphone.
But the experience starts badly!

I pass the usual security controls quickly and find myself in the airside zone. 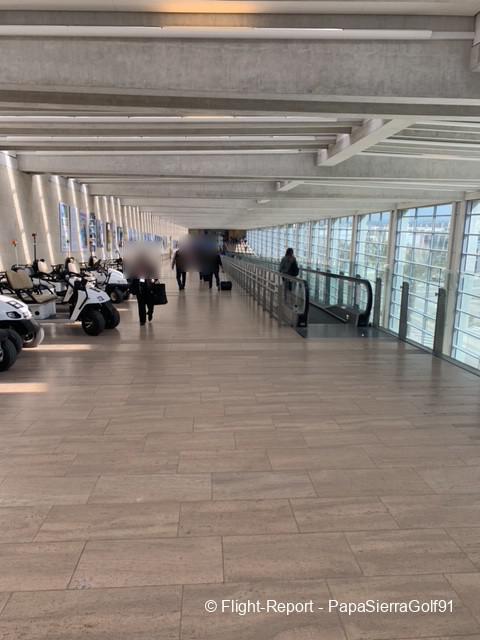 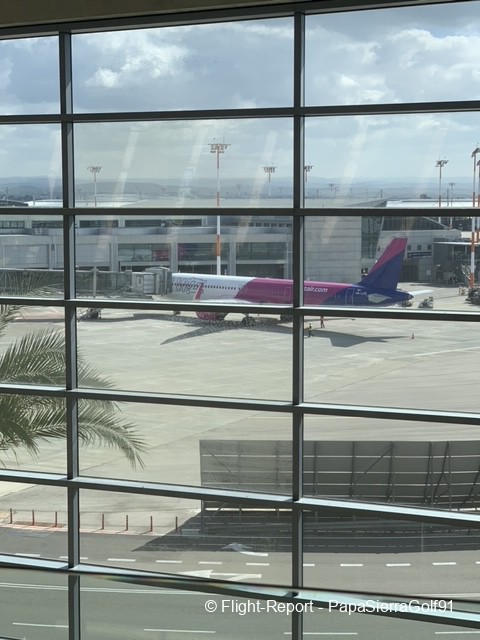 Ben Gurion FIDS. Many flights operated by low-cost airlines on this pre-Shabat afternoon, including those operated by FR 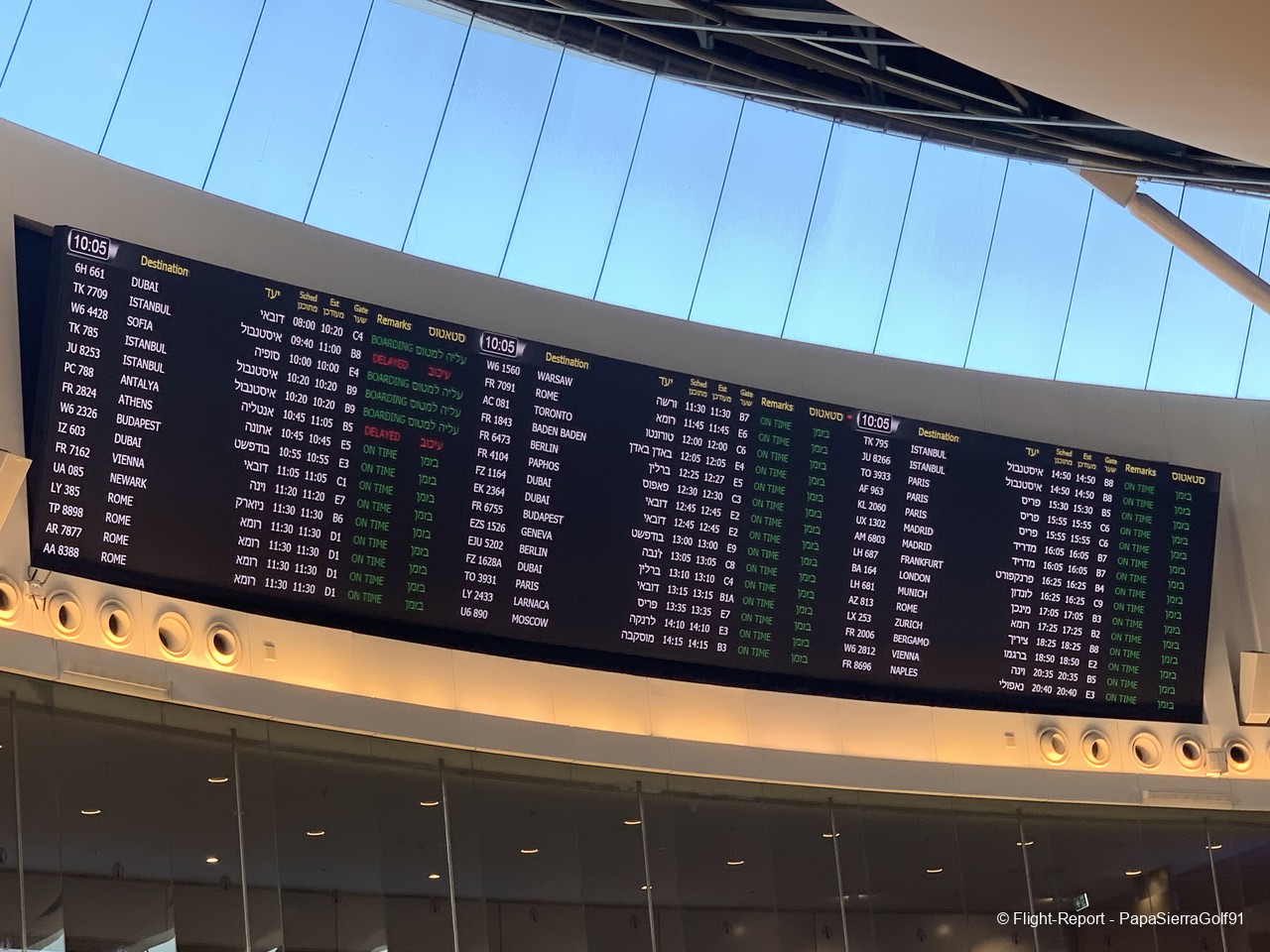 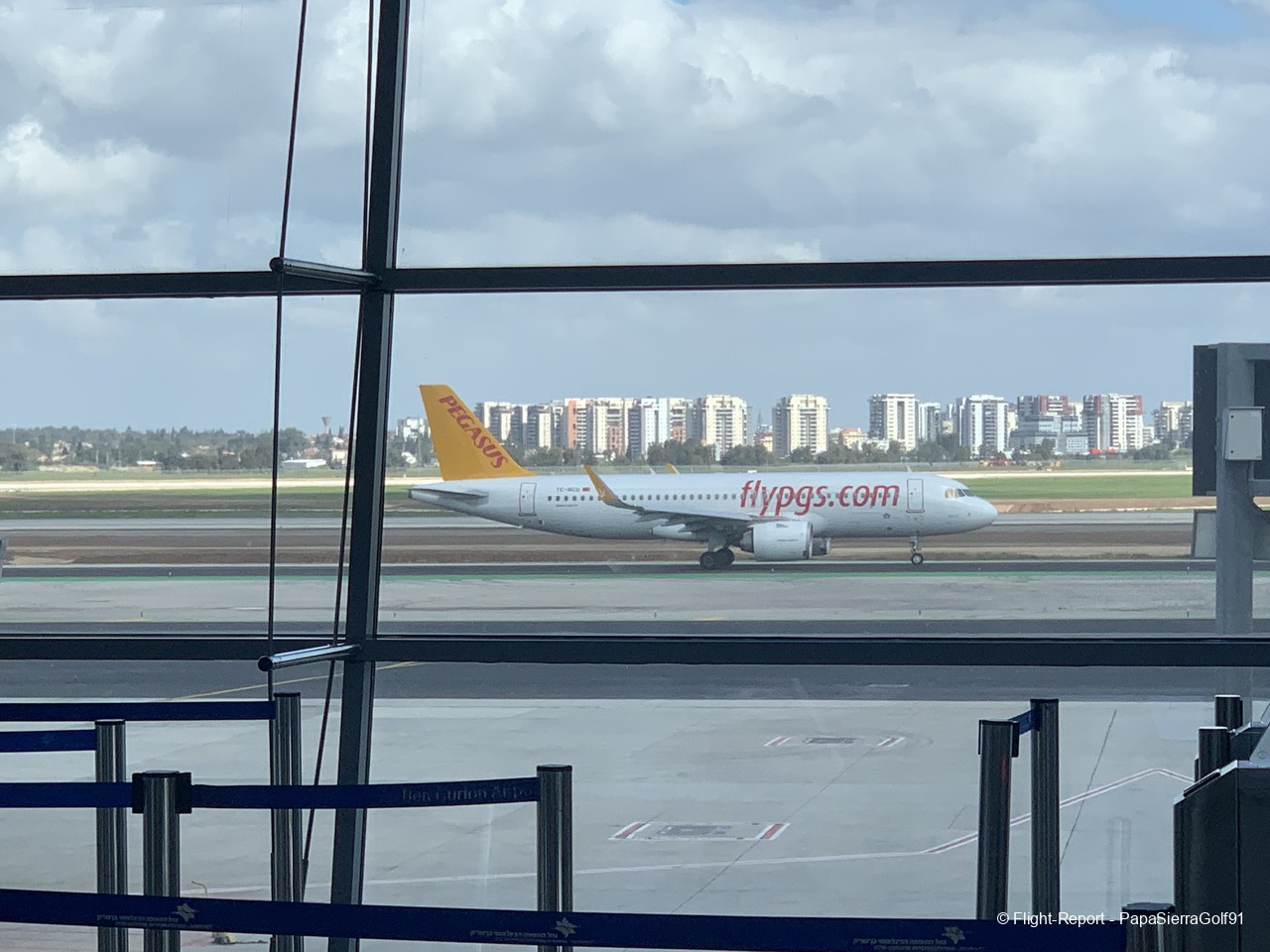 My boarding will start on time except that there is almost nobody at the gate.
Big 2nd surprise, Ryanair is at the gate !!!

5 min after the beginning of the boarding, I will be in last call, which will visibly surprise the hostess on the ground. 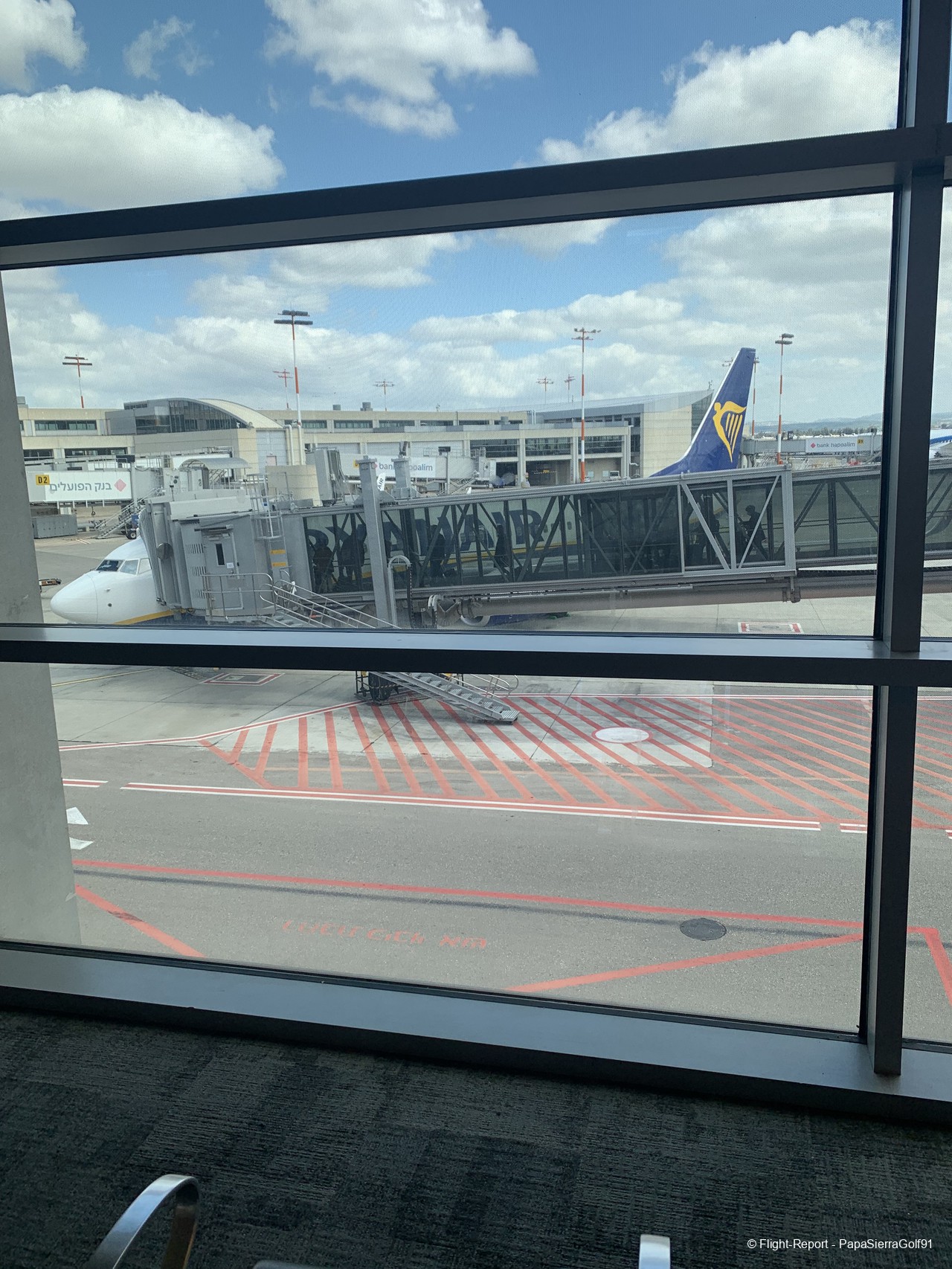 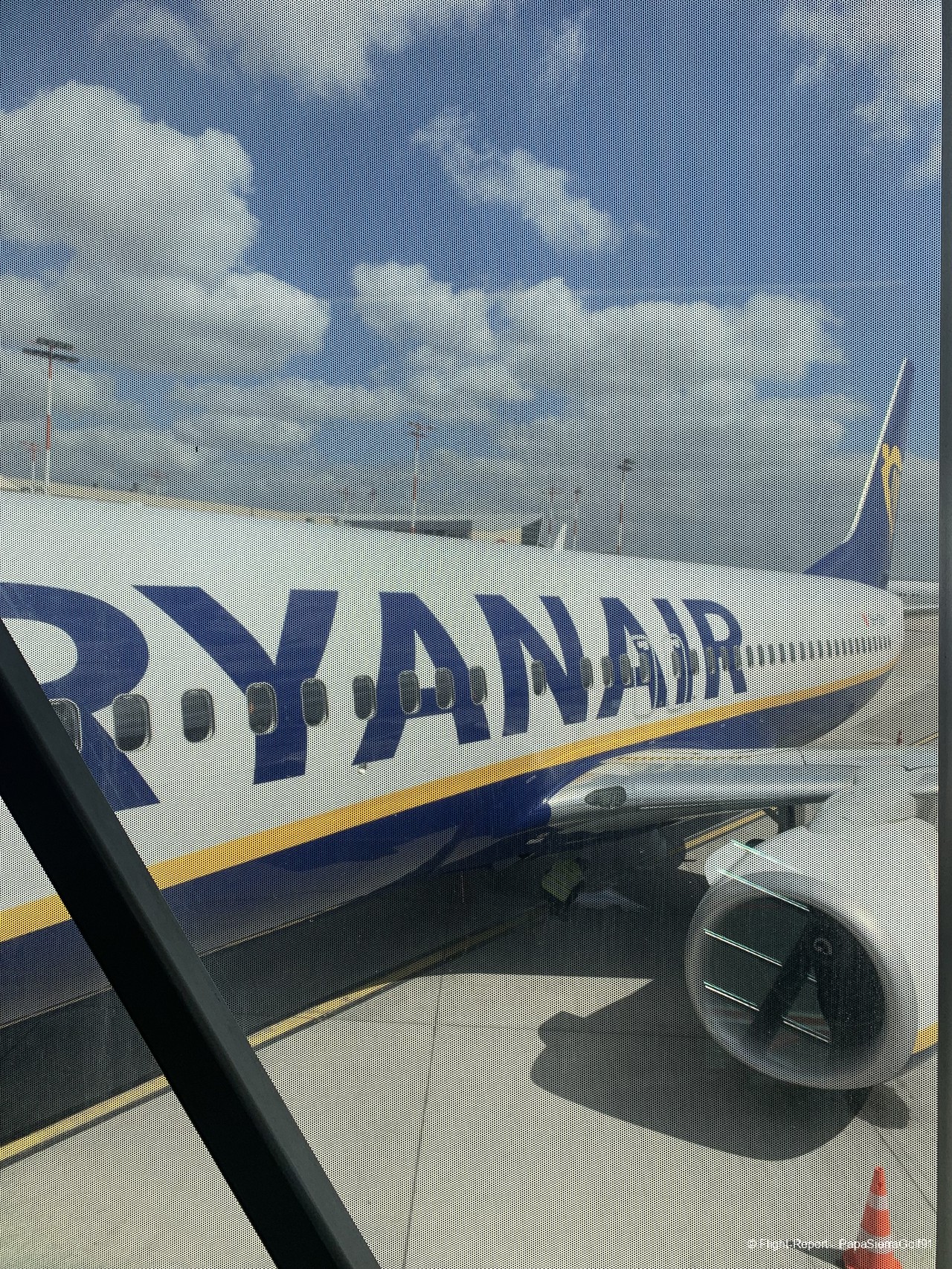 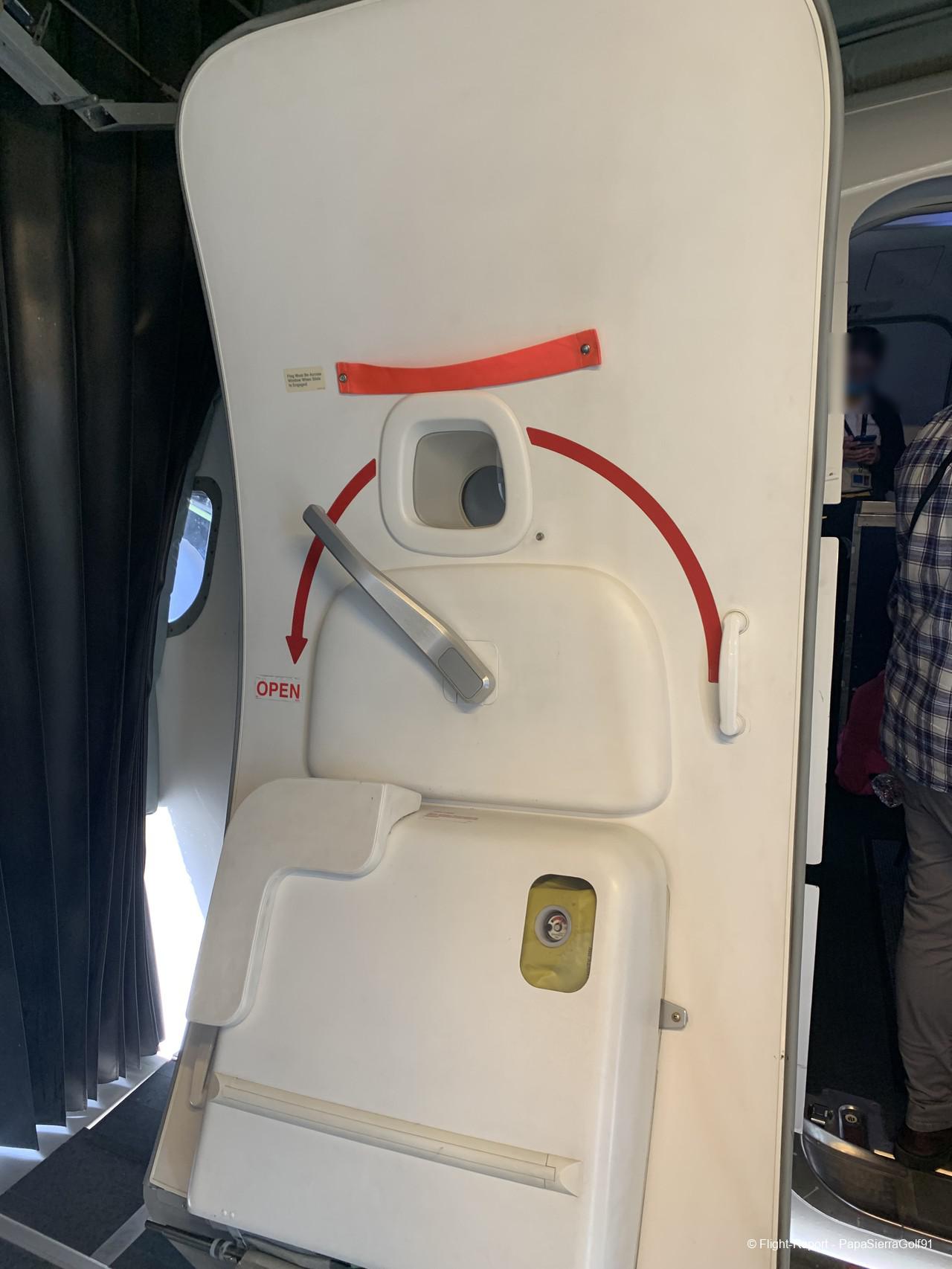 Our flight is operated by MaltaAir : 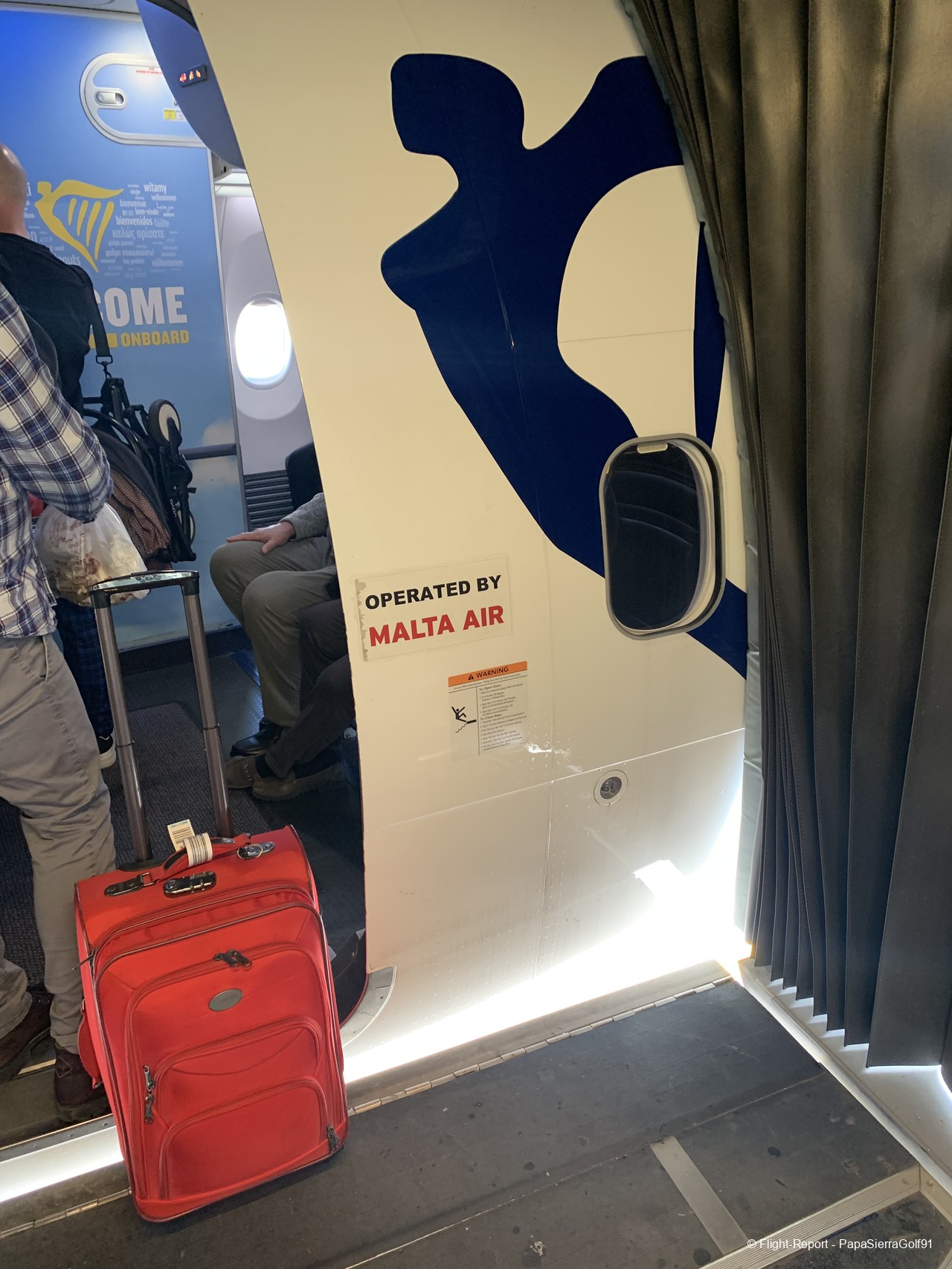 My seat, freely given by Ryanair, the 2E : 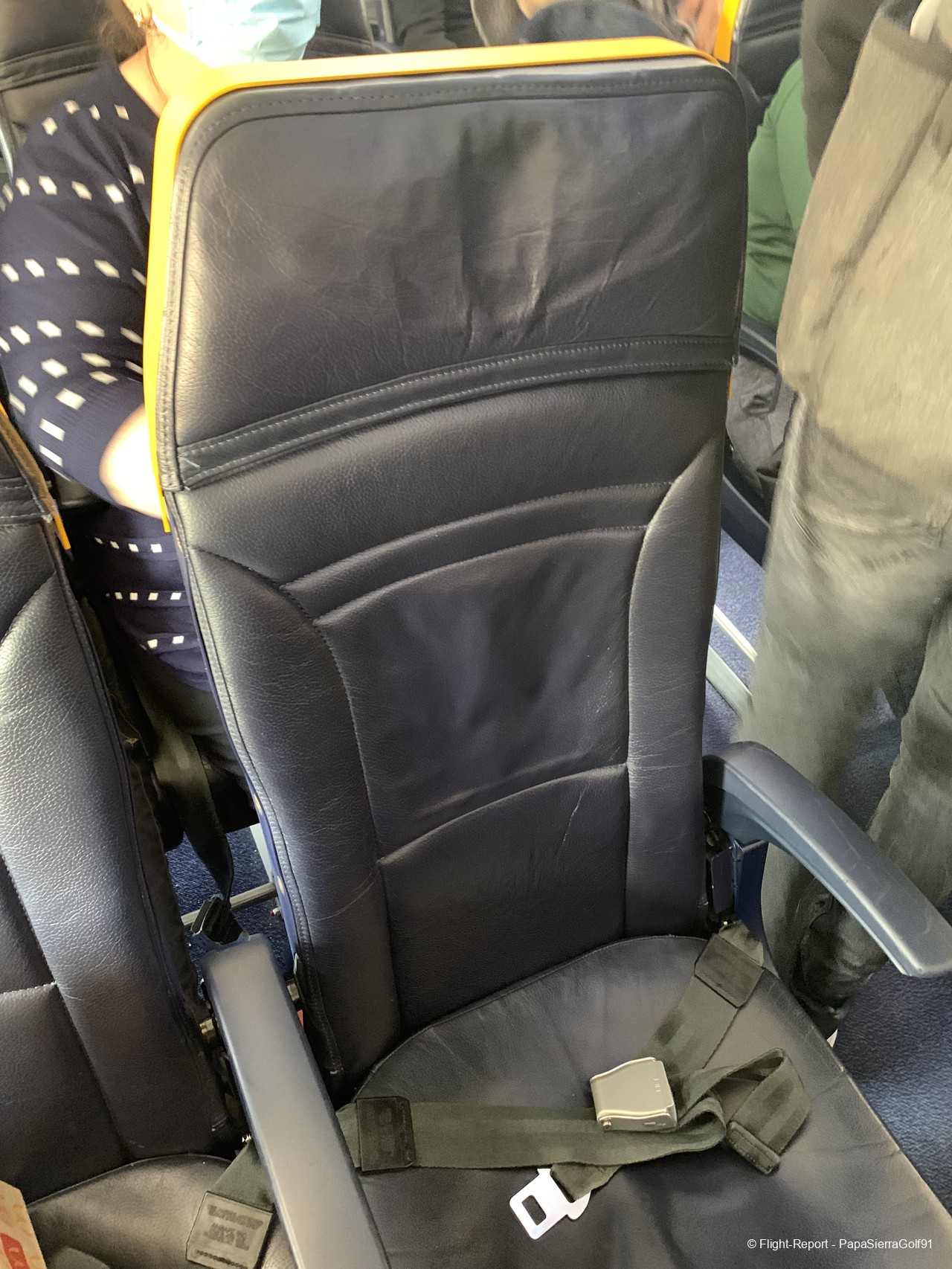 The pitch is really more than good ;)
First good surprise of the day with FR ! 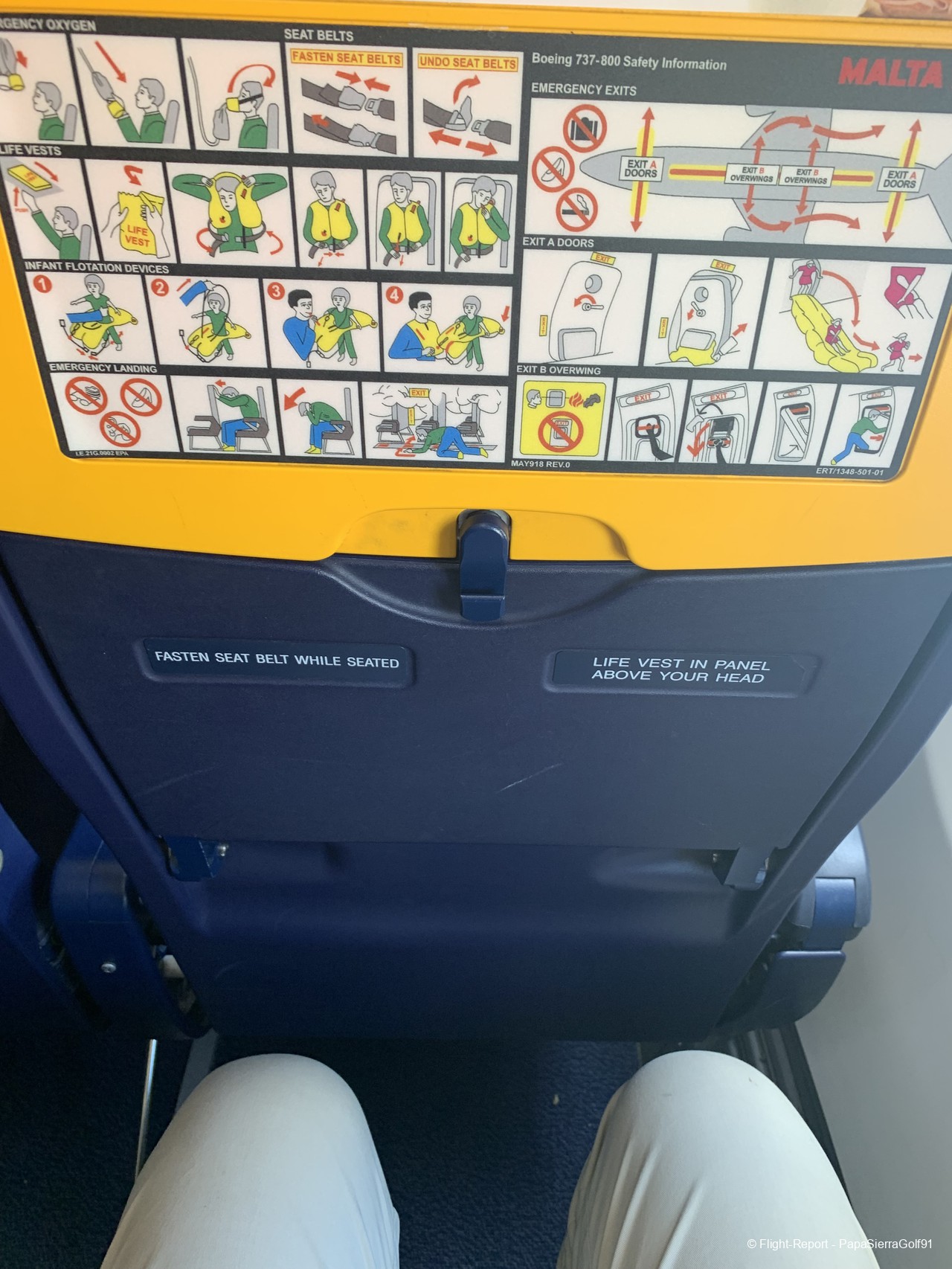 I thought I would be the last to board.
But, during at least 15 minutes, passengers will arrive in drops.
But, in the end, the plane will be at least half empty and I get the whole row 2 A to C for myself. 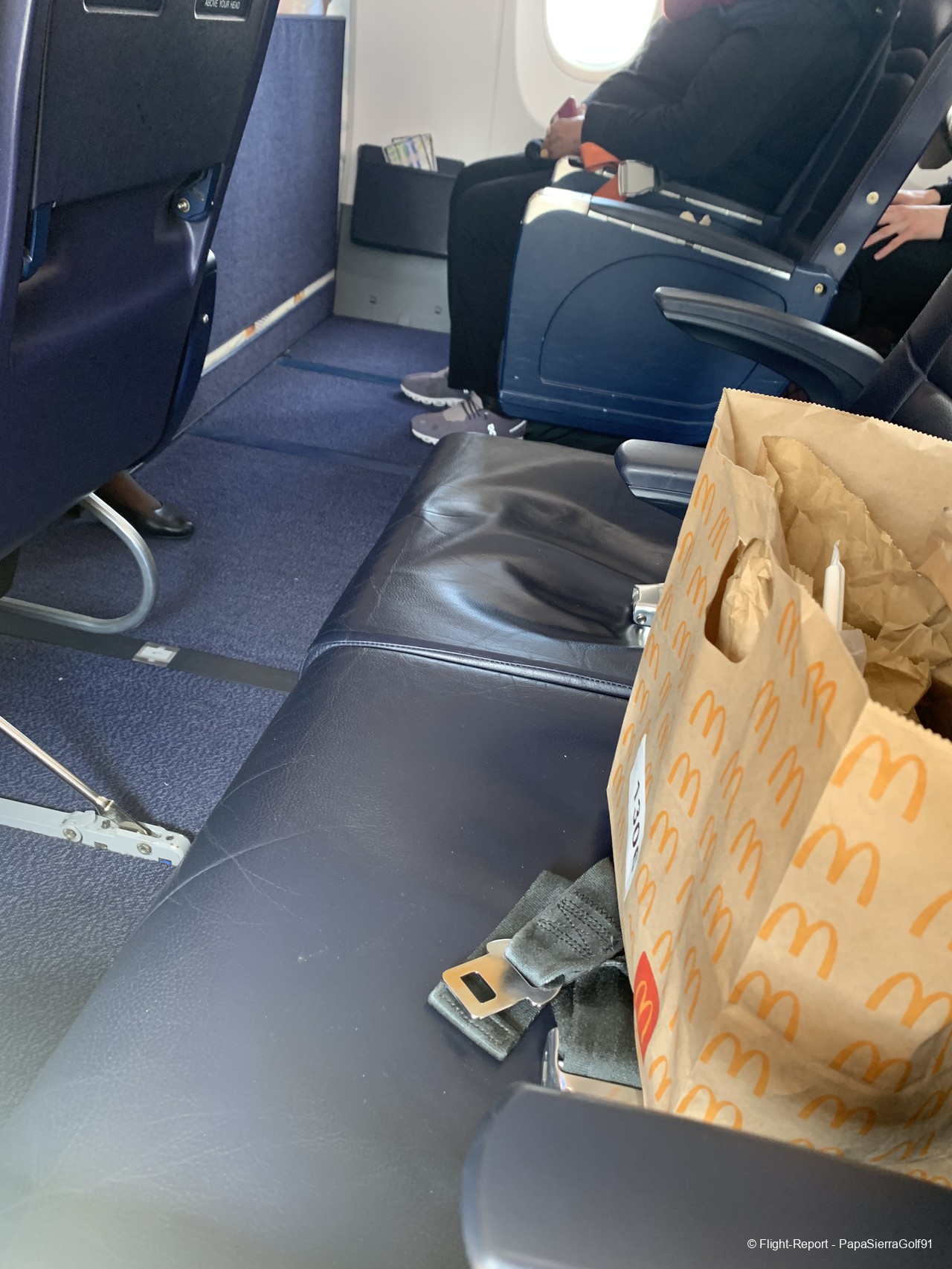 We will push back with 10 min of delay, but in a very good atmosphere, with a really very attentive crew.
The announcements will be made in English, and in FRENCH !!!
That will astonish me much, but the majority of the passengers join Strasbourg (30 km of Baden Baden). 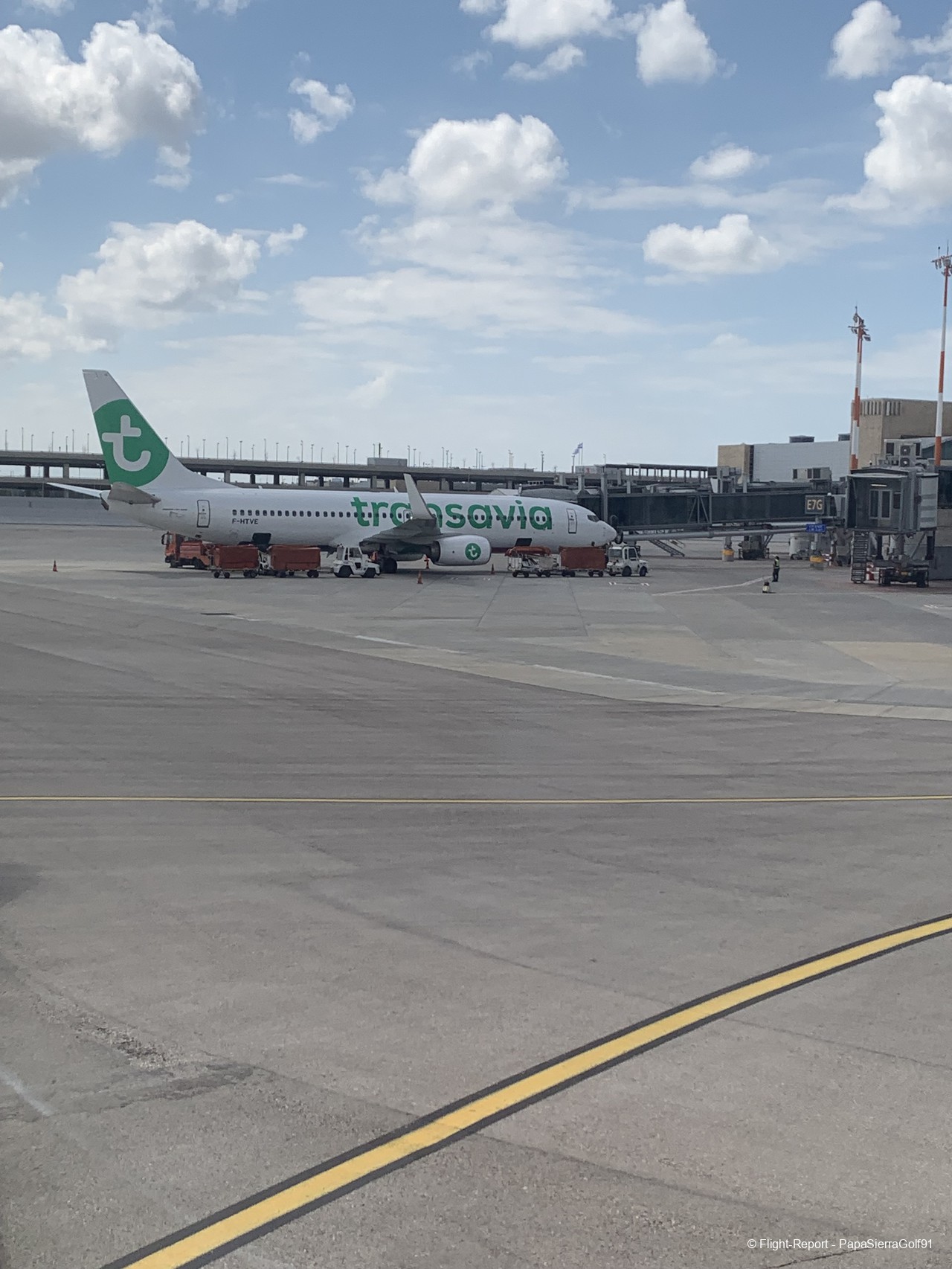 And a B787-9 Dreamliner from El Al, which will rest until Saturday night 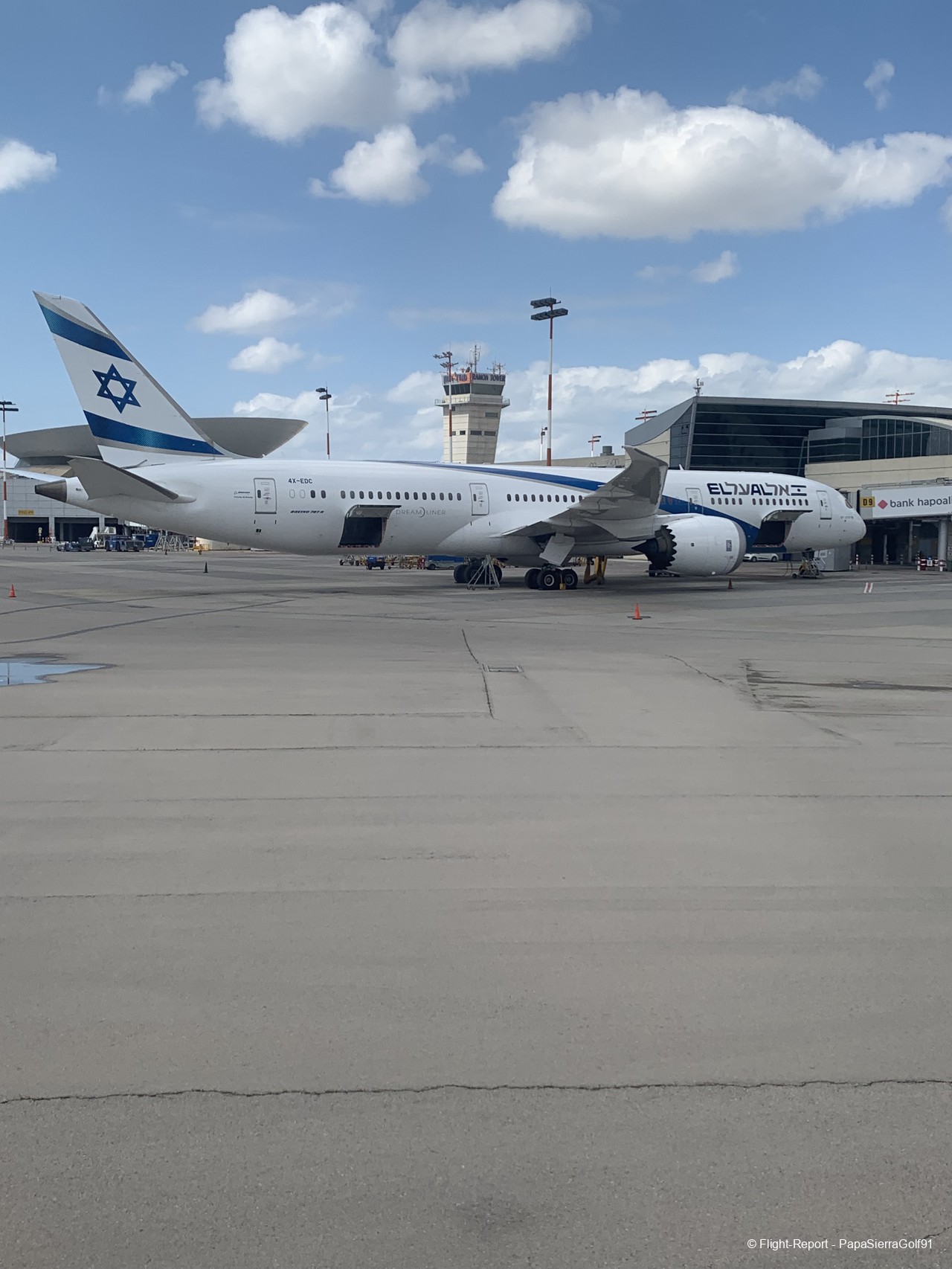 We will take off facing the sea
Last view on Israel 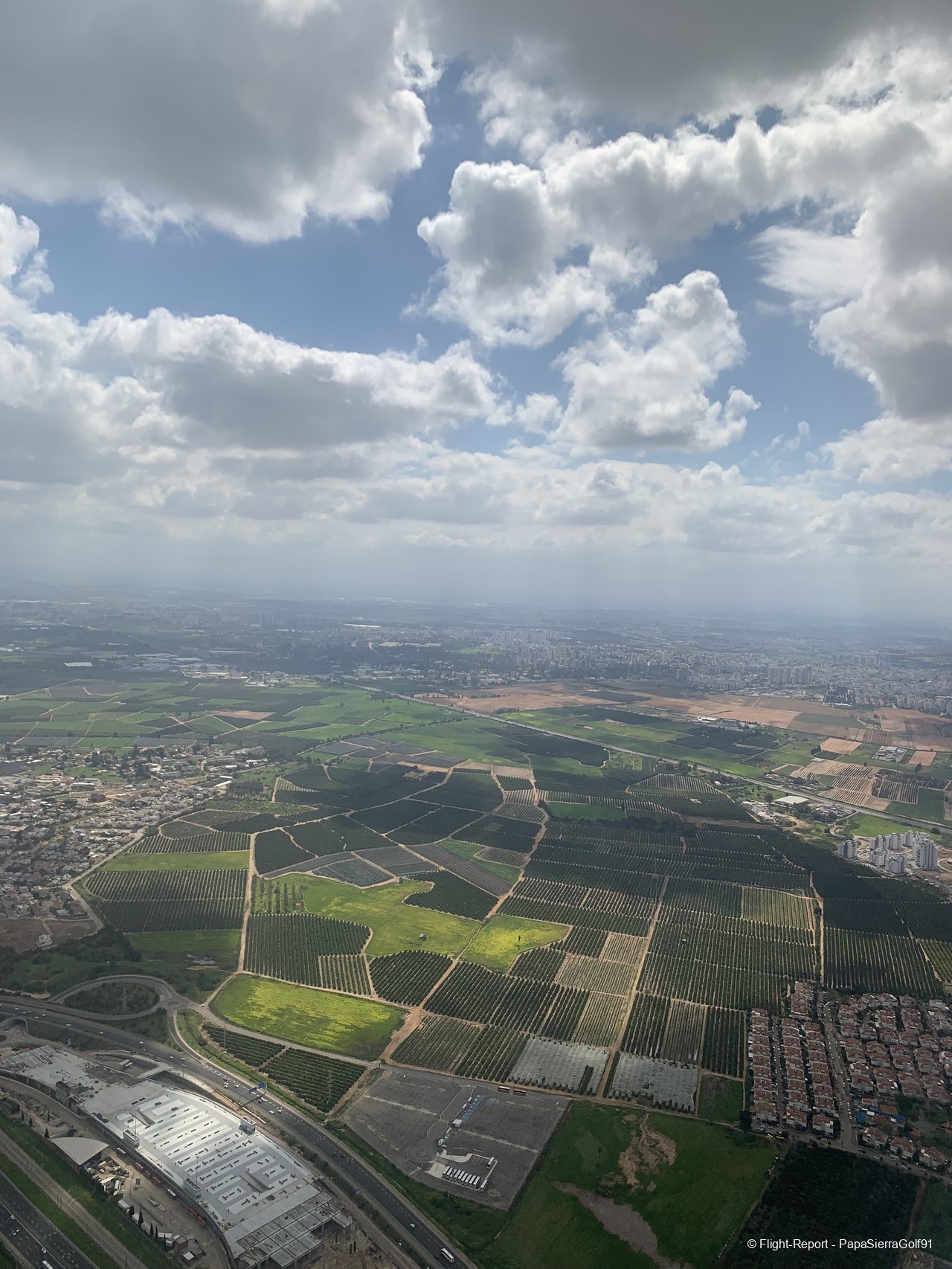 And, we will quickly pass the cloudy veil by beginning the crossing of the Mediterranean sea 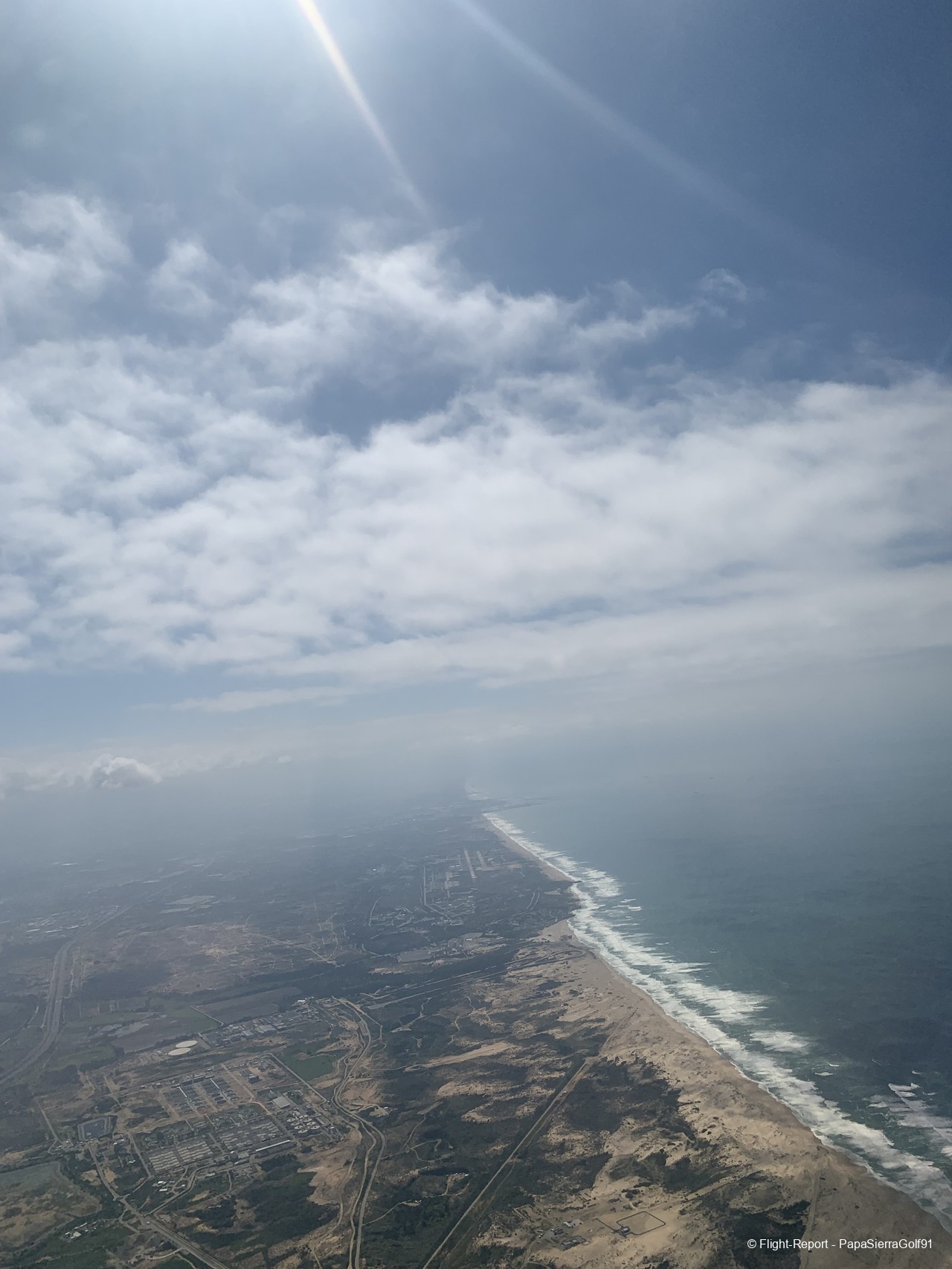 The service will start a few minutes later, but I will eat my kosher MacDonald, taken in the terminal for about 15€. 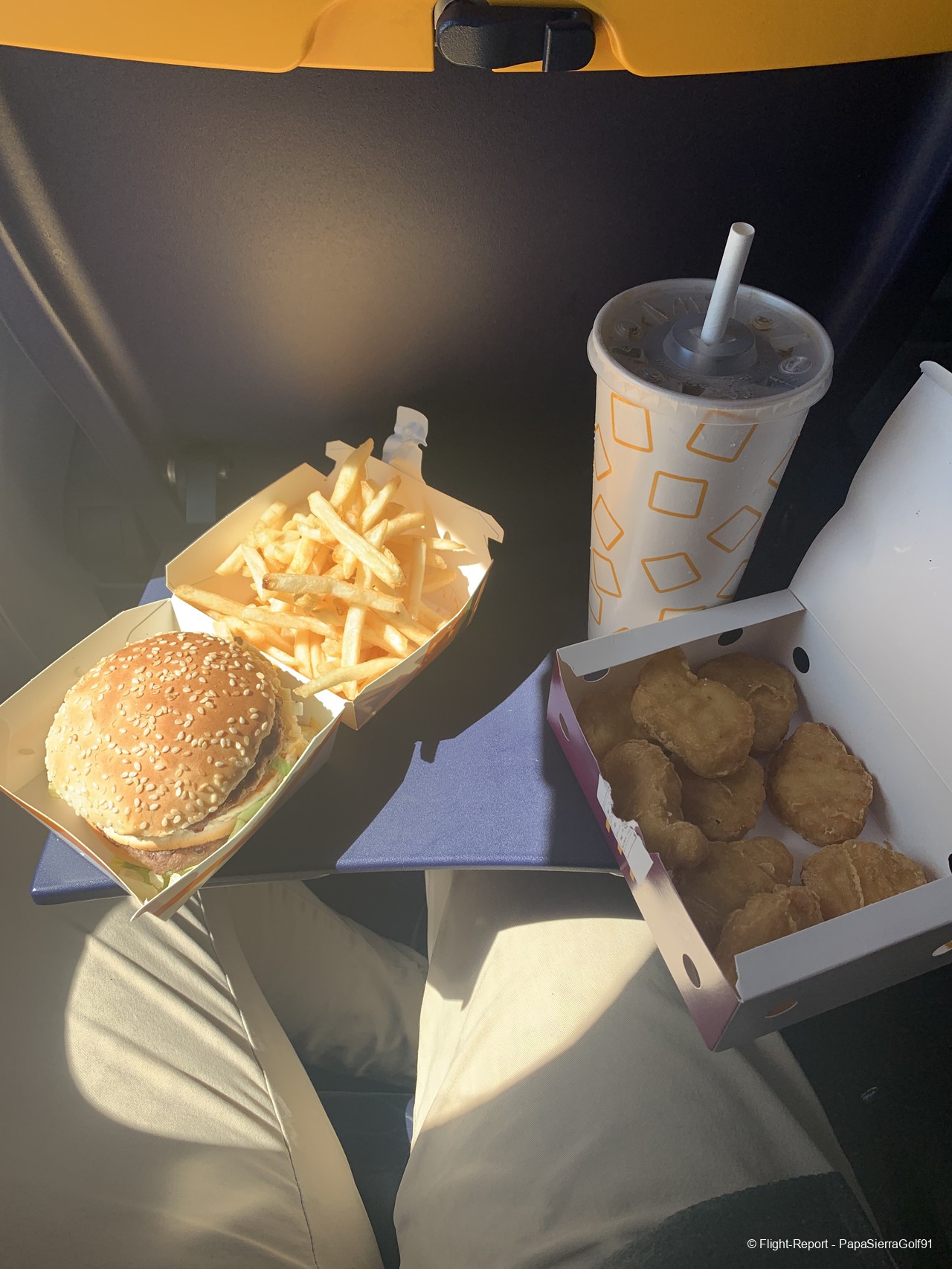 Moodlighting is activated shortly after the first pickup 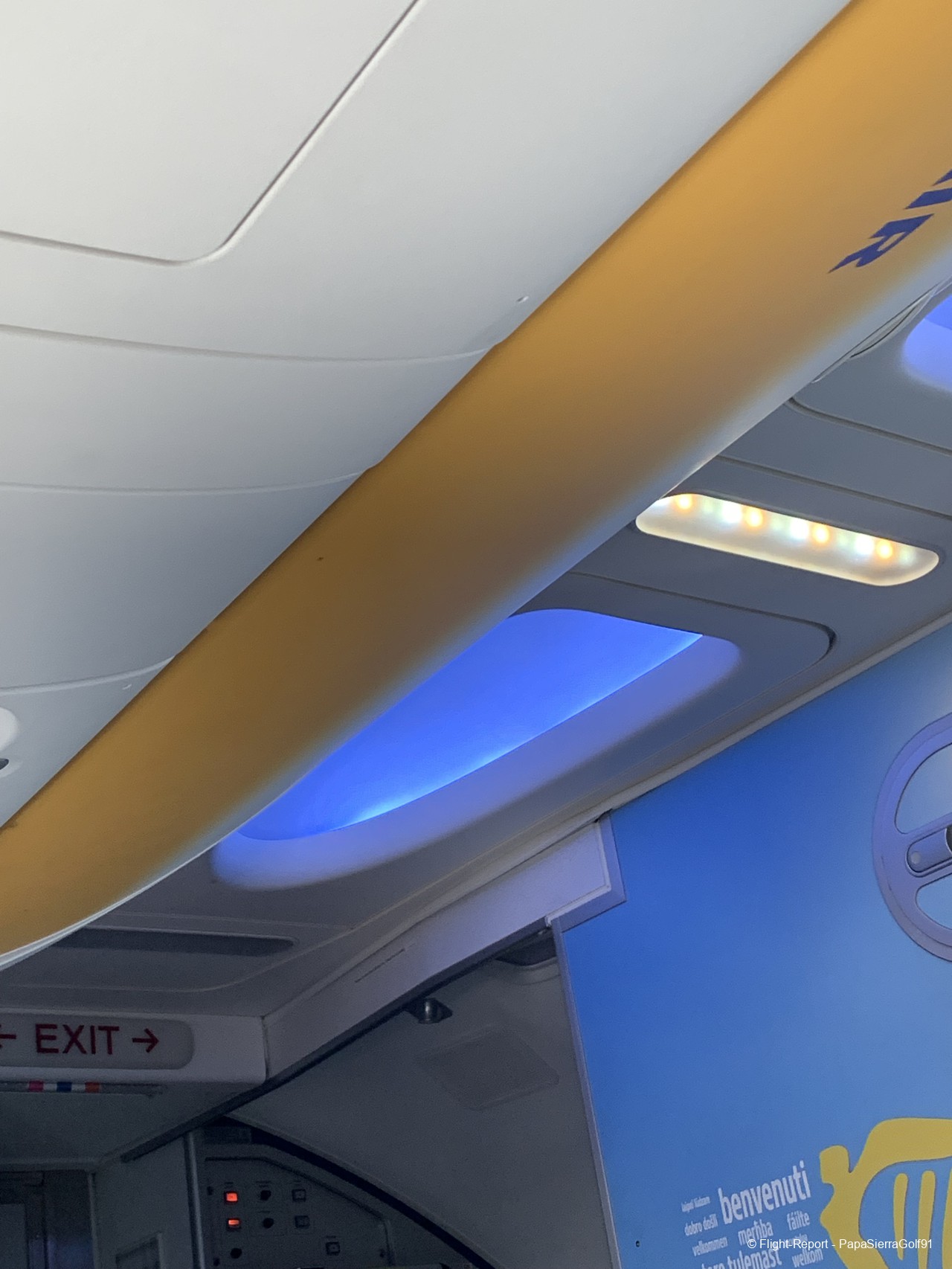 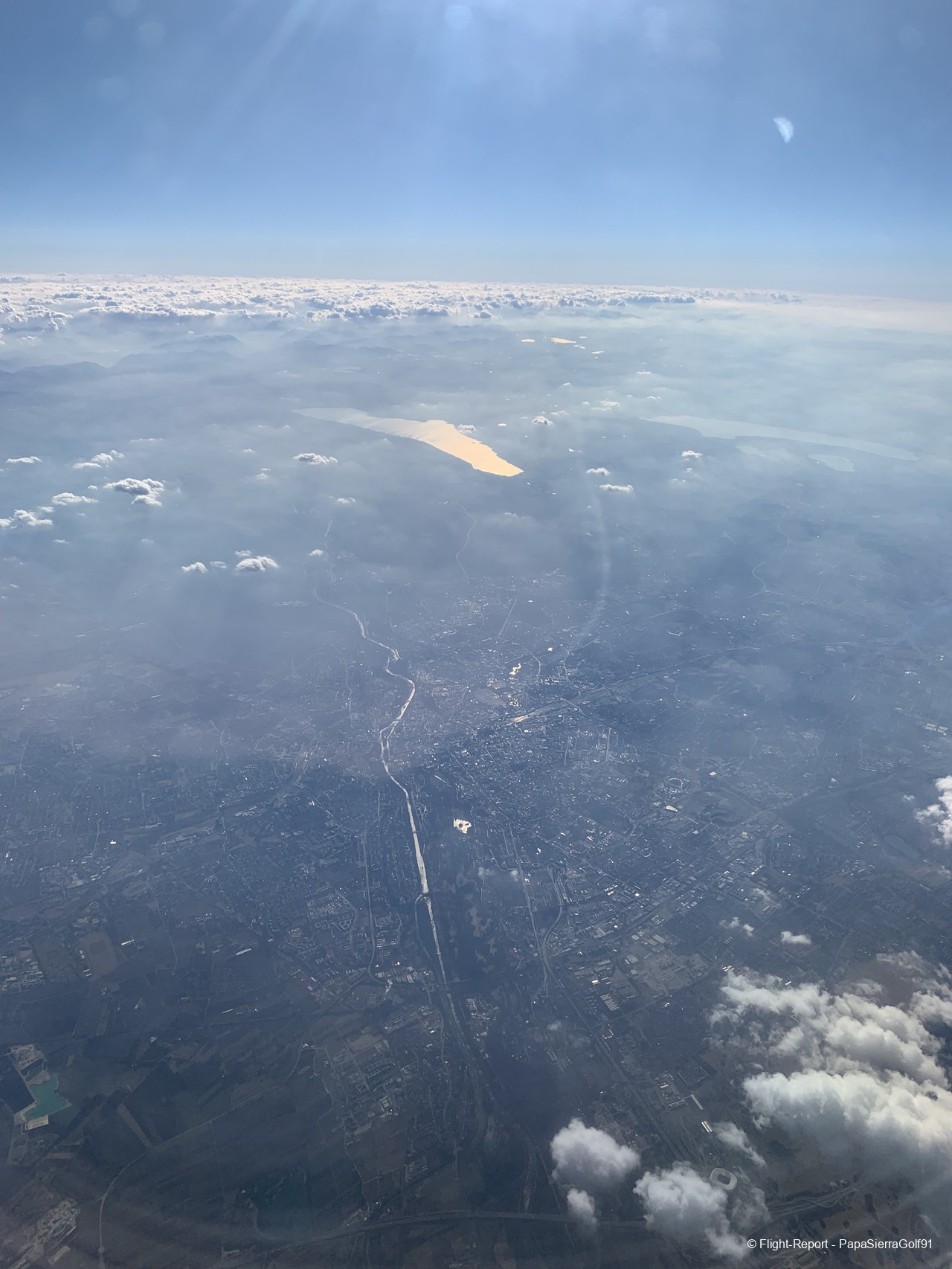 The crew is really attentive to each passenger, and the stewardess at the front of the cabin, being a former Malev, will spend part of the flight with a Hungarian couple.
Unlike my previous flight on Ryanair, the crew doesn't try to sell every second of the flight, and will let the cabin enjoy this flight, more than comfortable, and highly comparable to what Transavia offers on ORY/TLV.

We start our approach on time, with still the CDB announcements in French

The area before Baden-Baden seems quite hilly, and reminds me of the Massif Central, and the approach to Aulnat. 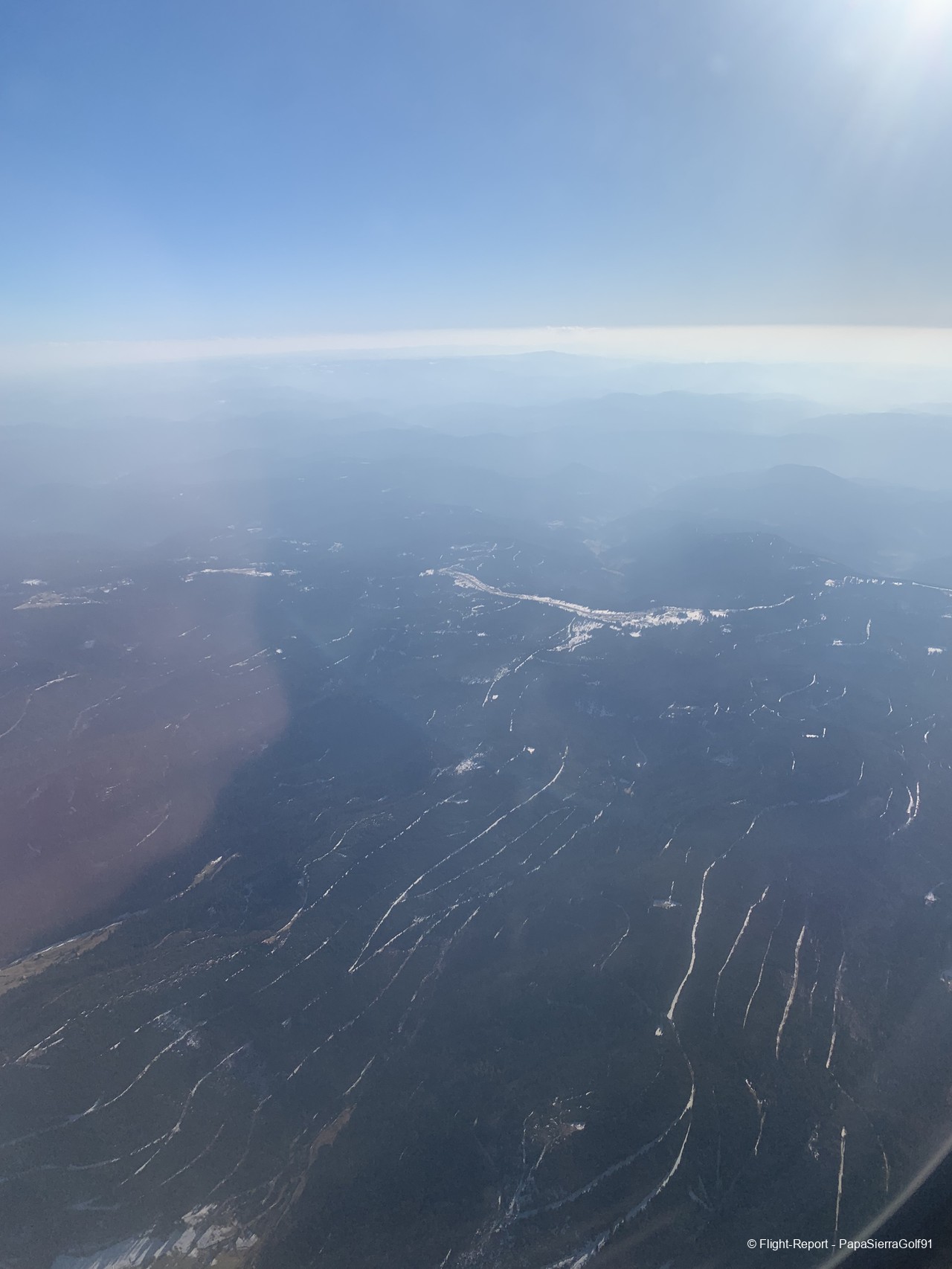 Then, we line up along the Rhine and the French border 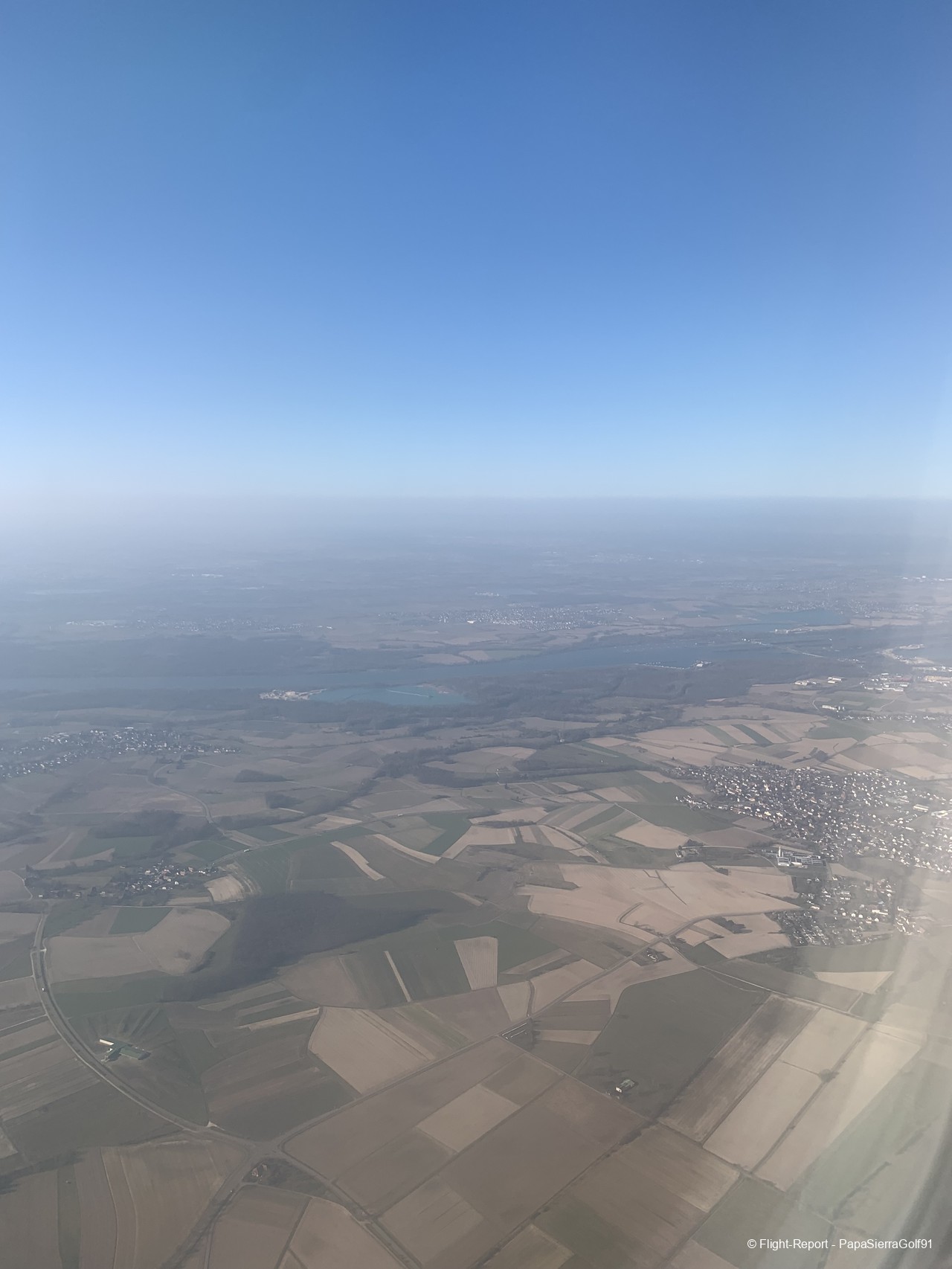 In the end, in the middle of the German countryside 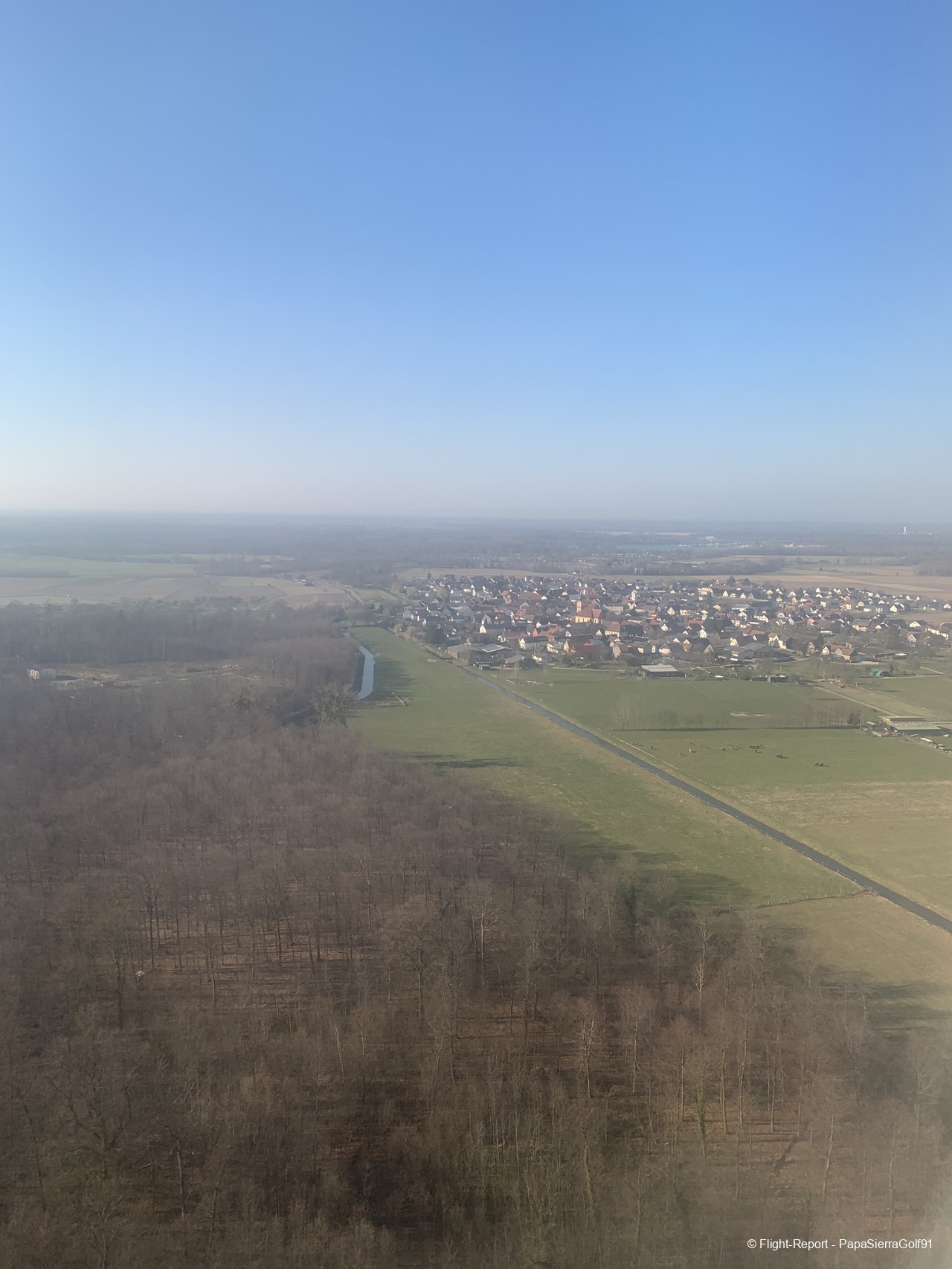 Landing on time, on a runway that seems surprisingly long.
This contrasts with the "airport", which is really very small!

The local fauna, composed of Saab 340 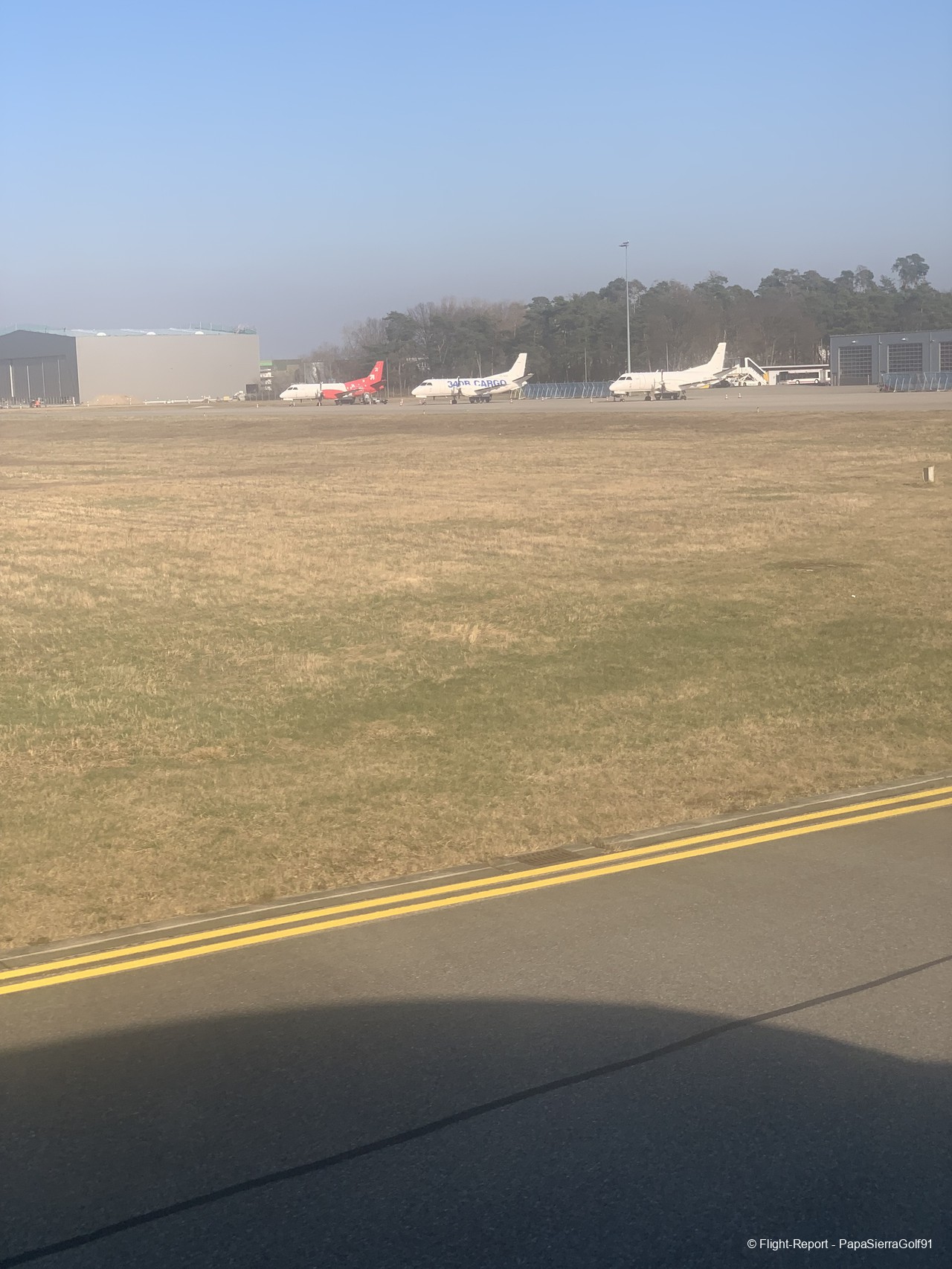 We will park on one of the 2 available places
We will go down the Ryanair stairs, a first for me 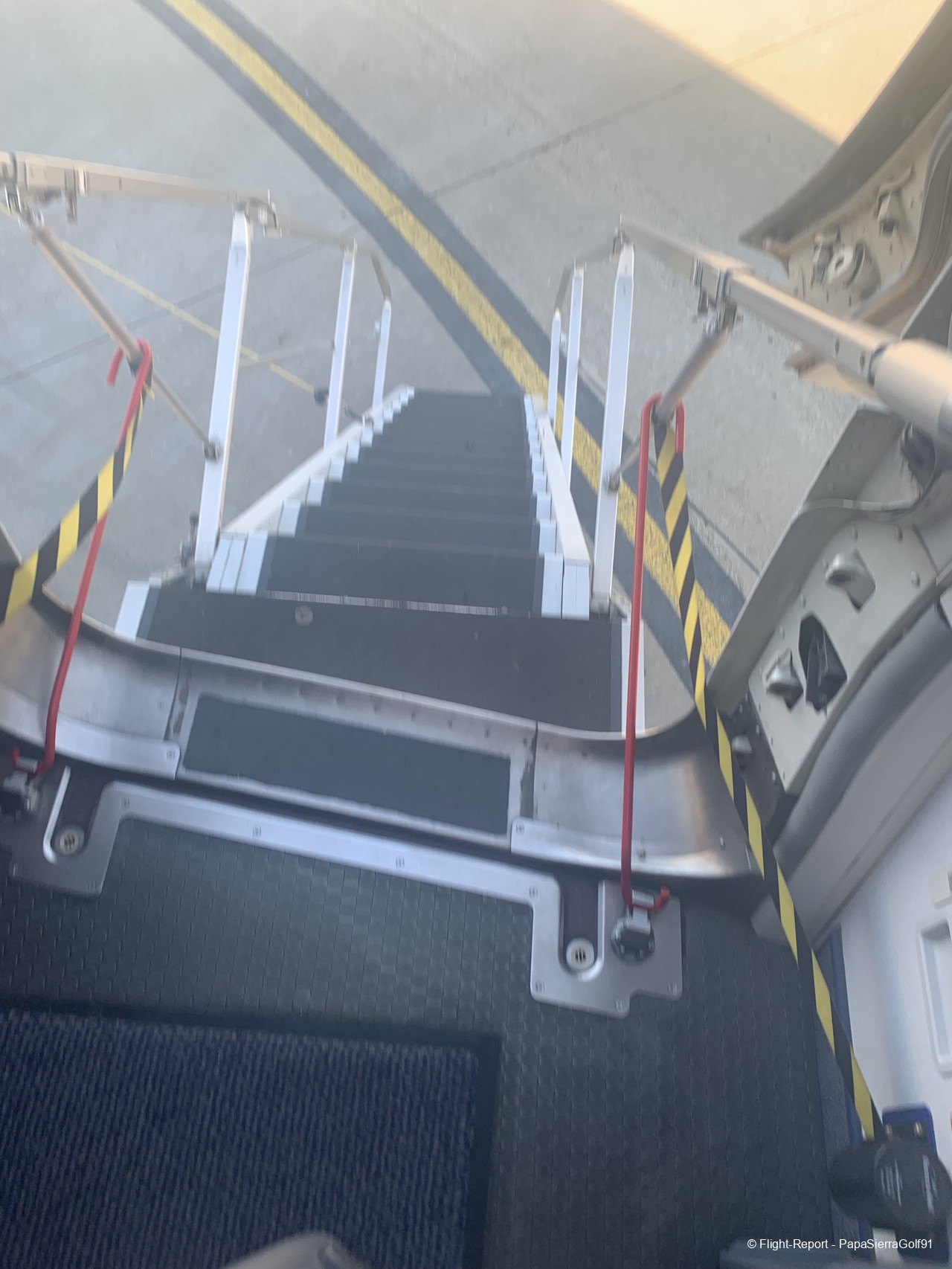 Last view on our aircraft 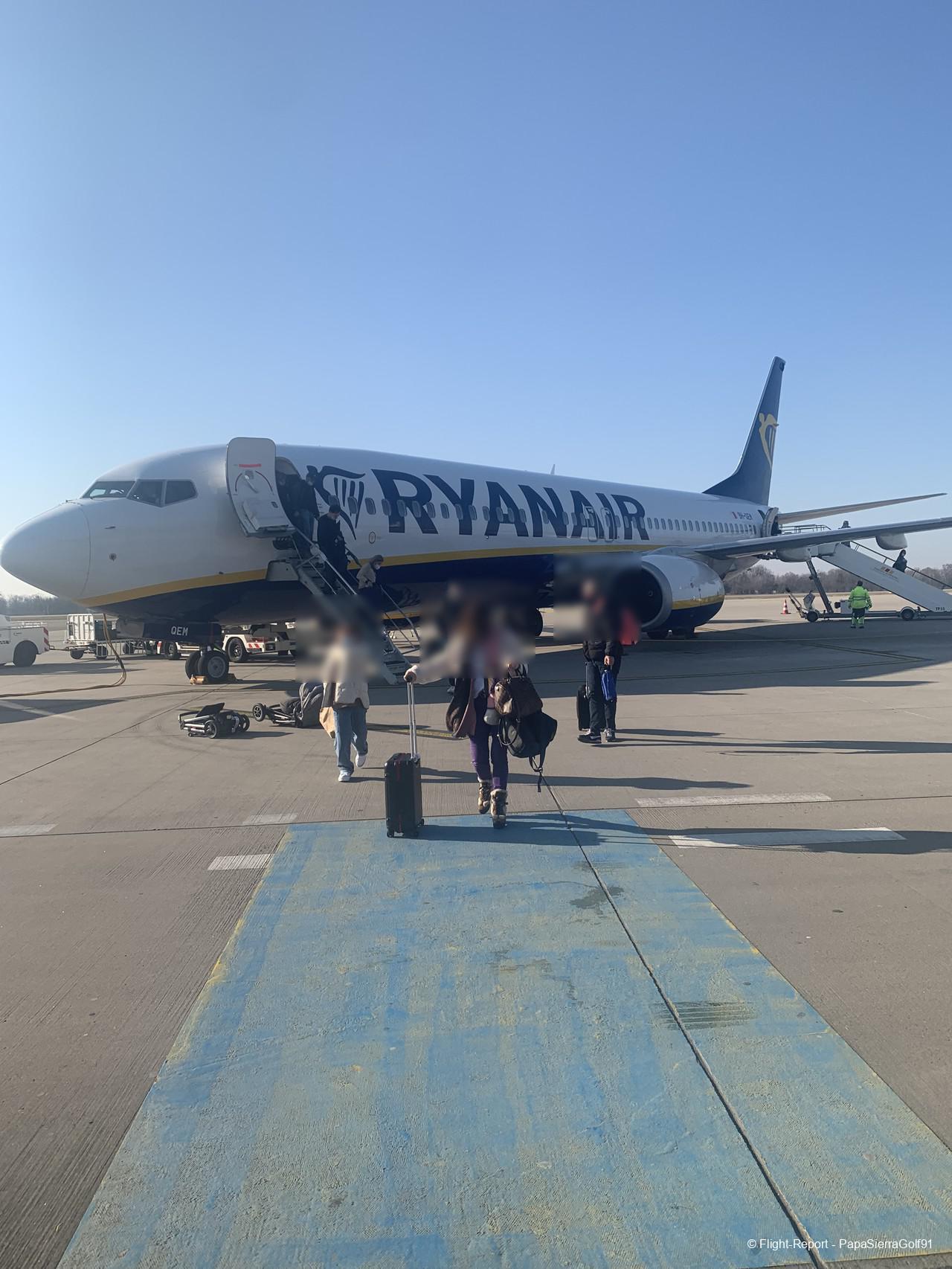 We will walk along the taxiway to the terminal.
The passport control and the sanitary pass will be done rather quickly

The luggage will arrive rather quickly too 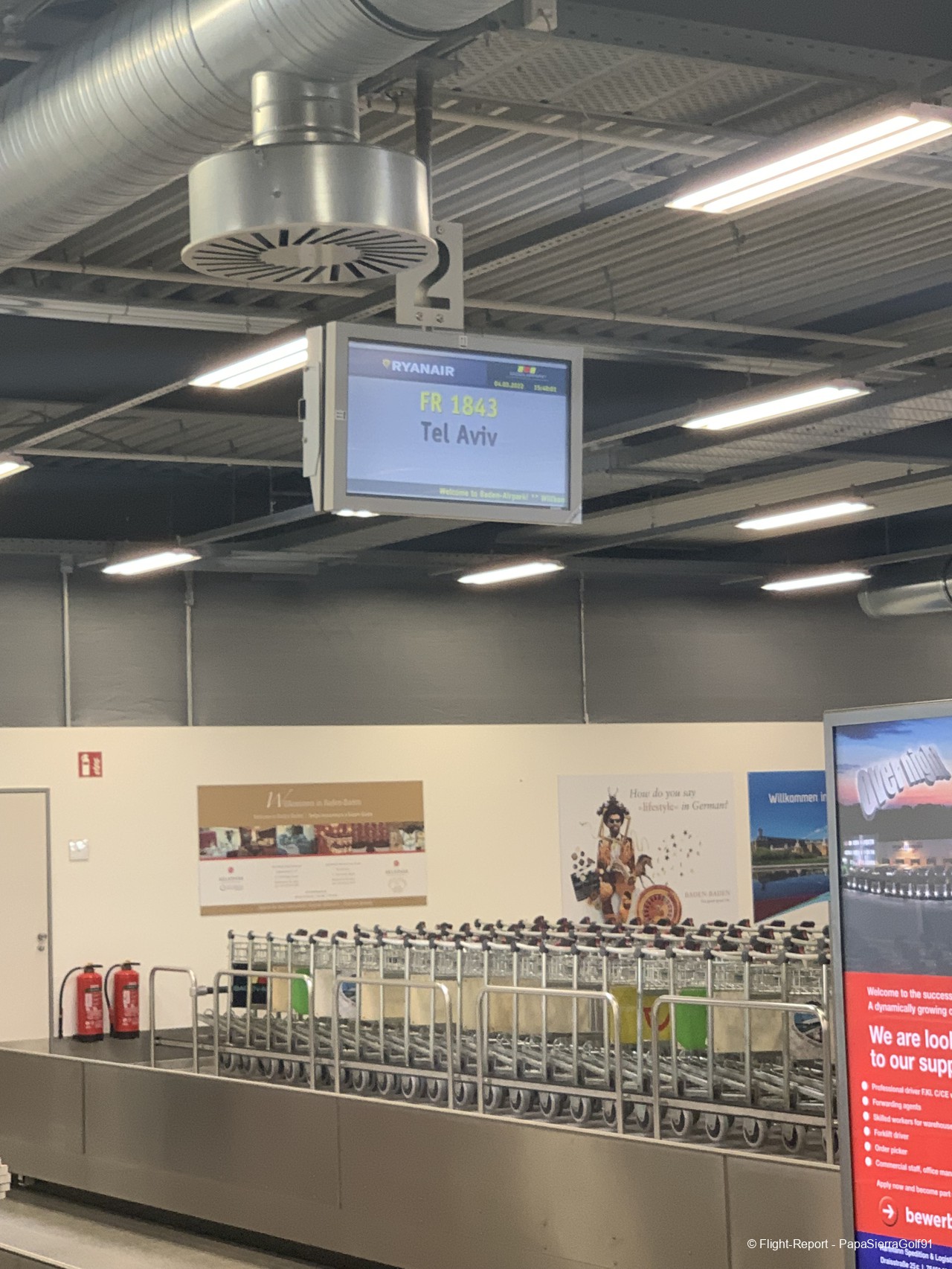 30 min after my arrival, I'm outside.
It really smells like a Ryanair airport, but everything is efficient! 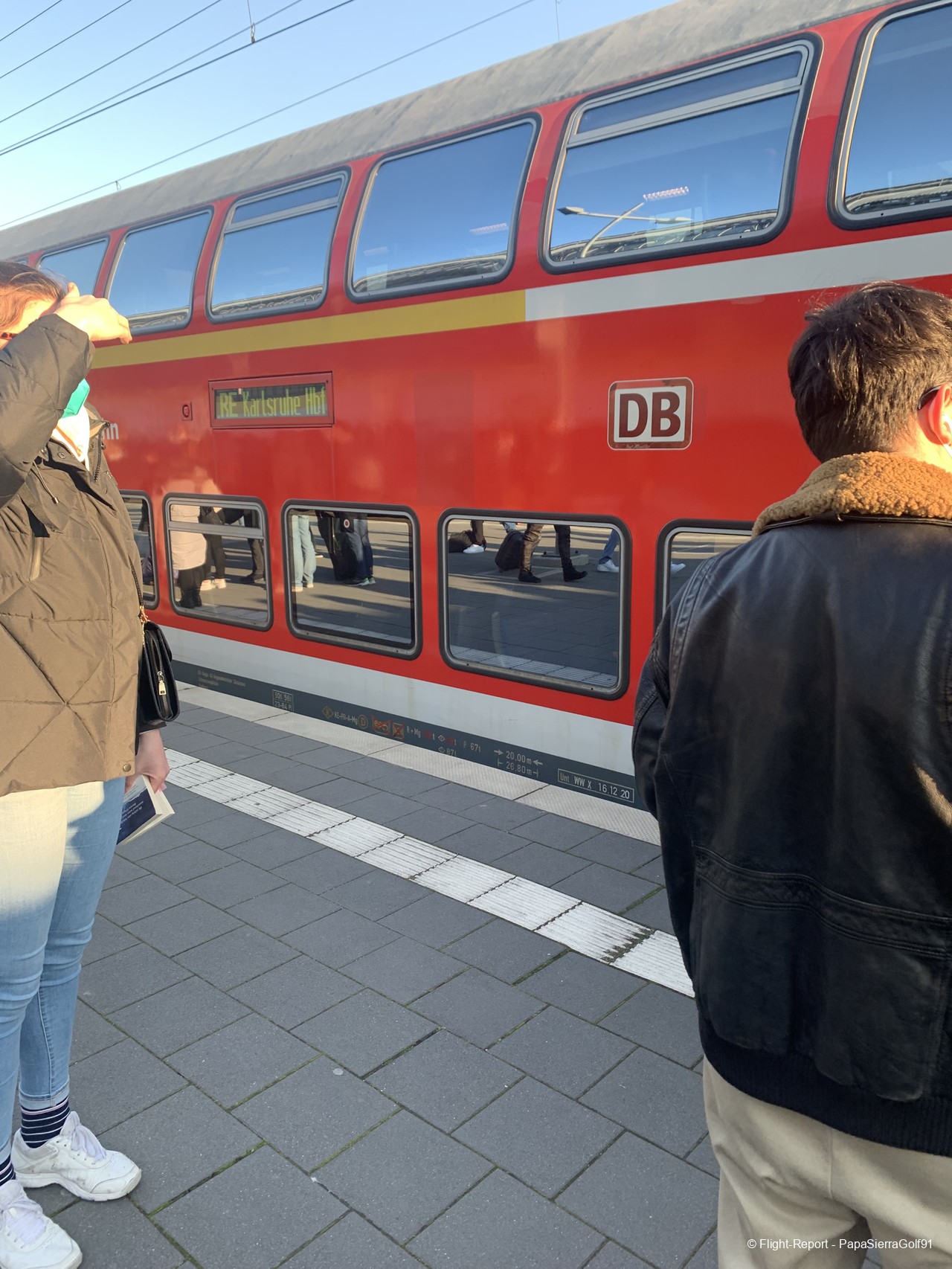 See you soon for new flights

A really extraordinary flight for the reputation of Ryanair, of a level really comparable to Transavia and that for only 20 € !
TLV is very efficient, but quite empty and a lot of low-cost flights on Friday afternoon.
FKB is very efficient, and represents well the Ryanair model, without being too far from a big city (Strasbourg and Karlsruhe).

He wrote 82 reviews about 15 airlines and 26 airports.