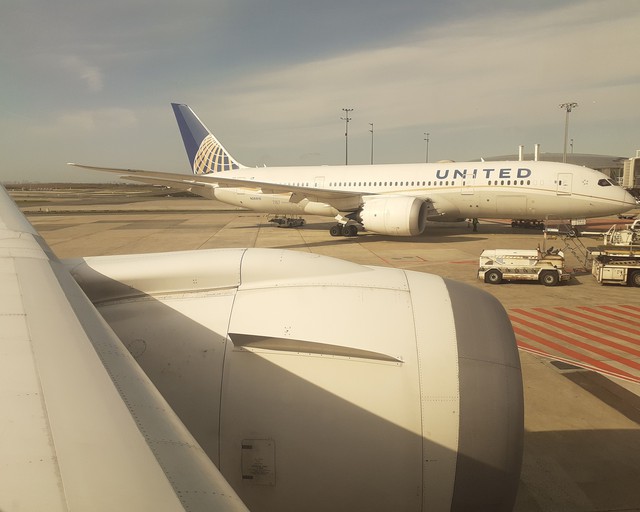 Here's a report of my experience on UA new Premium Plus, on a Paris to San Diego routing.
The routing was CDG-ORD-SAN-ORD-CDG.
UA offers the fastest travel option between Paris and San Diego, though the return, booked in economy, ended up being SAN-ORD-MUC-CDG, due to a heavily delayed ORD-CDG flight.

T1 being closed, all US and Canadian airlines (except Delta and Westjet) are now grouped at Terminal 2A.
I arrived at CDG 2,5 hours before take off, and the check in zone was litteraly a zoo at the AA, UA and AC zone.

I'm glad I had Premier Access which enabled to me to check my bags in 5 minutes and then use the fast lane for Passport Control and security which were really busy.
Clearly the reopening of the US borders 3 months before generated a huge wave of travel to this country. 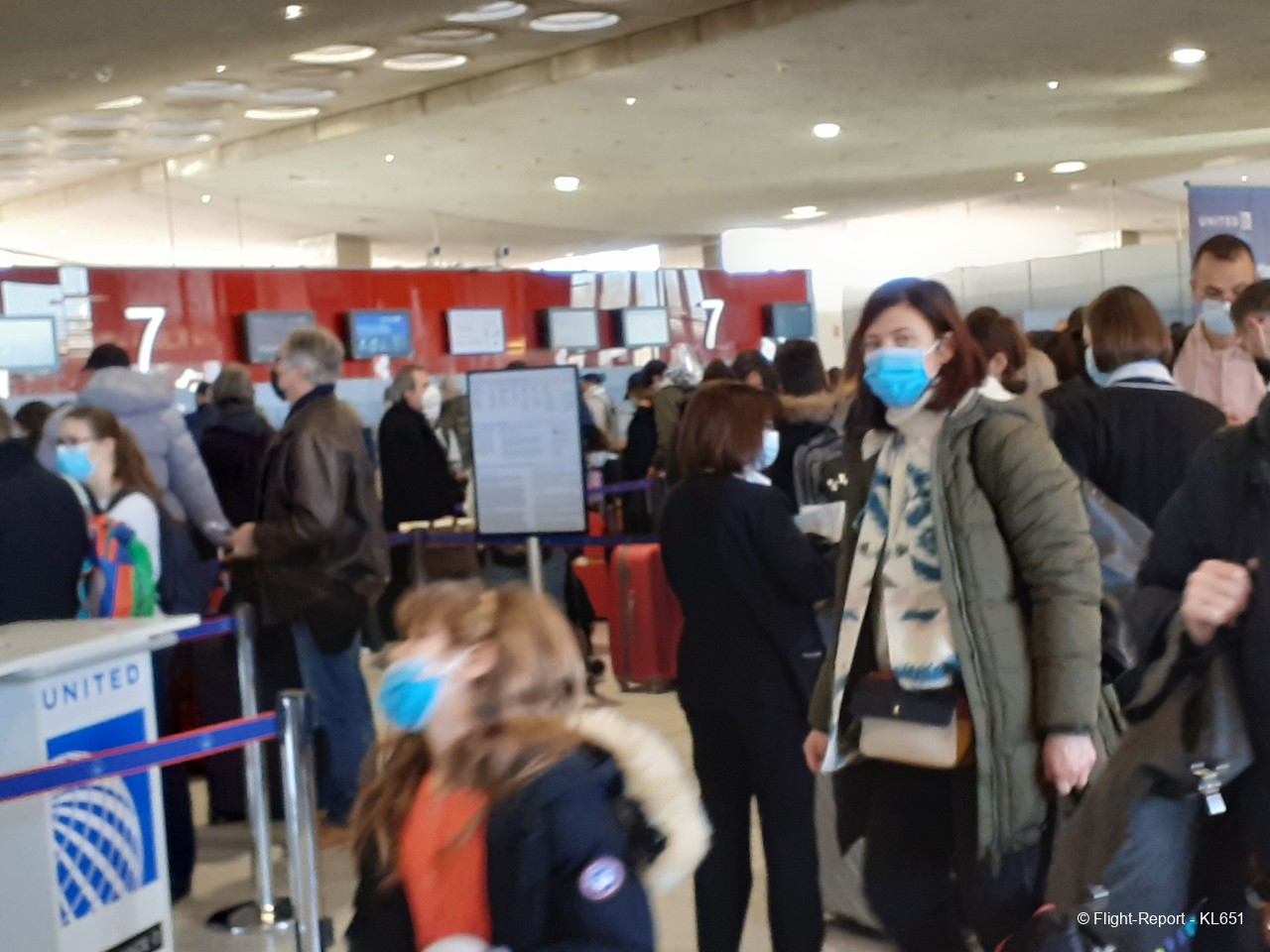 I bought some champagne at the Duty Free shops you MUST go through to get to the gates, and then sat in front of my plane until boarding started. 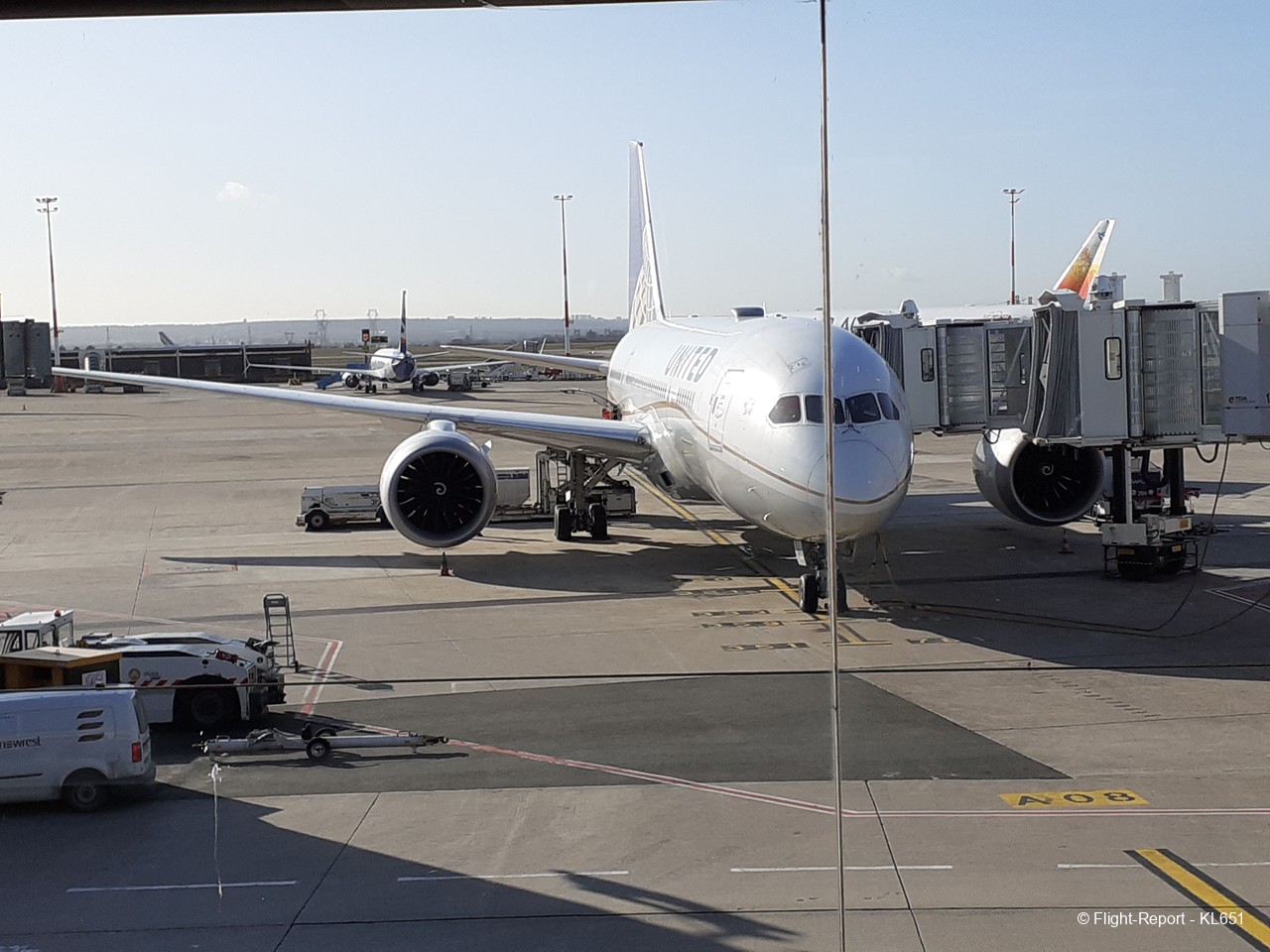 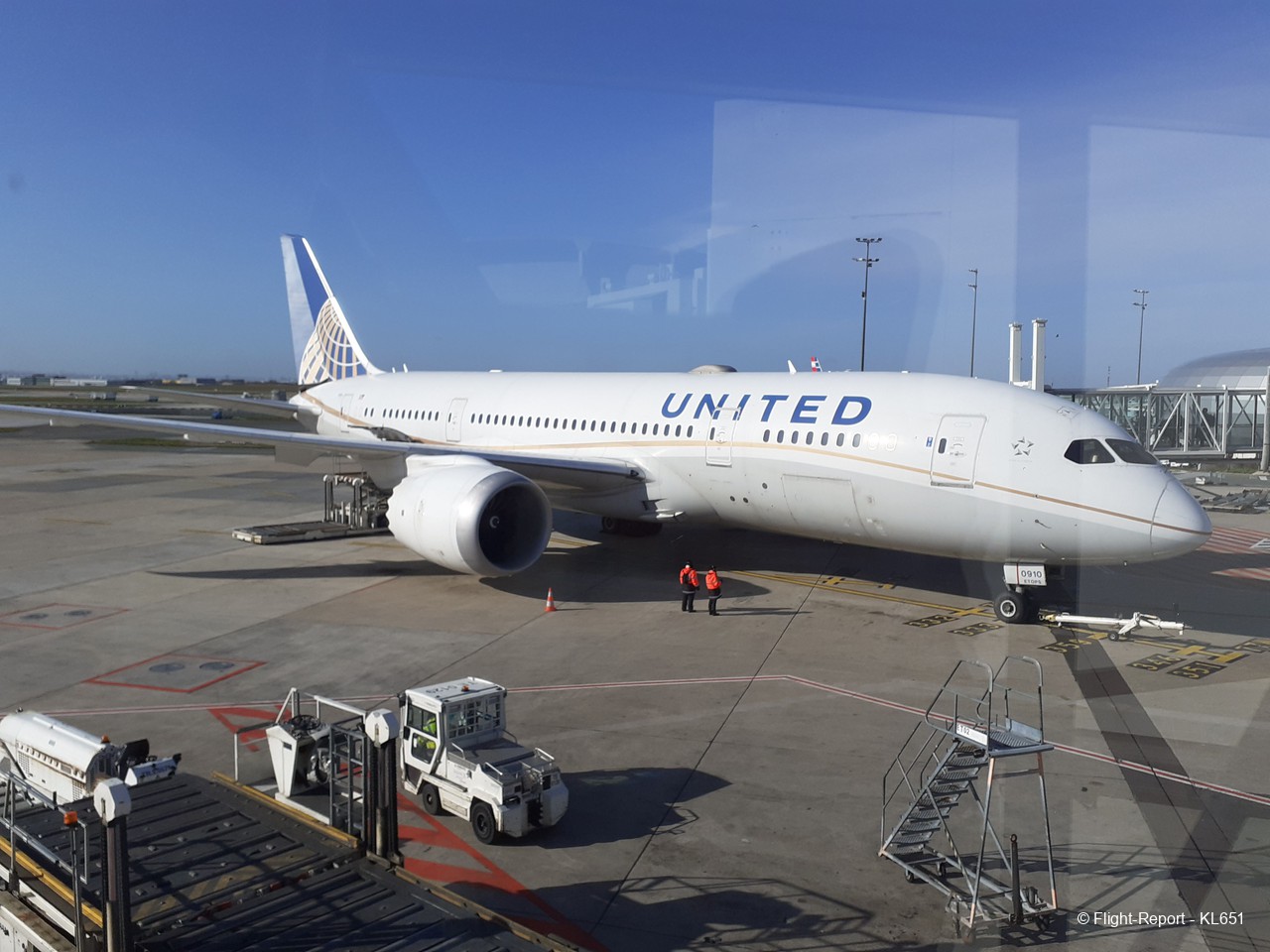 As usual with US airlines, boarding was well organized, by group and started on time. 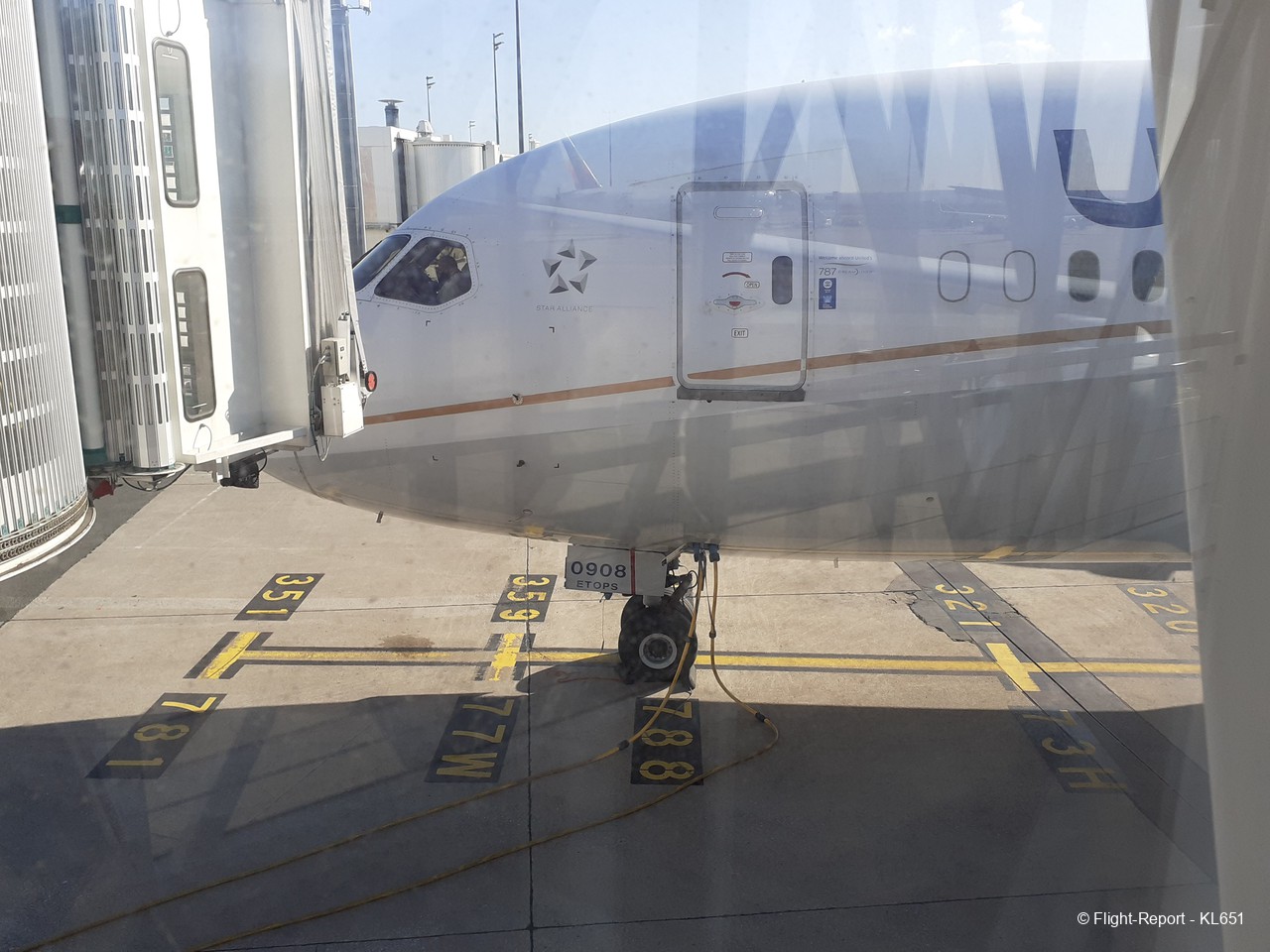 Although Premium Plus comes with Premier Access, I had a phone call to make and once it was over and I could board, I found the Polaris and Premium cabins almost completely full, hence the picture of the seat only and not the cabin.

The nice Skas Fifth Avenue pillow and blanket as well as the amenity kit were placed on the seat.
The nice looking amenity kit contained, a sleeping mask, socks and a toothbrush. 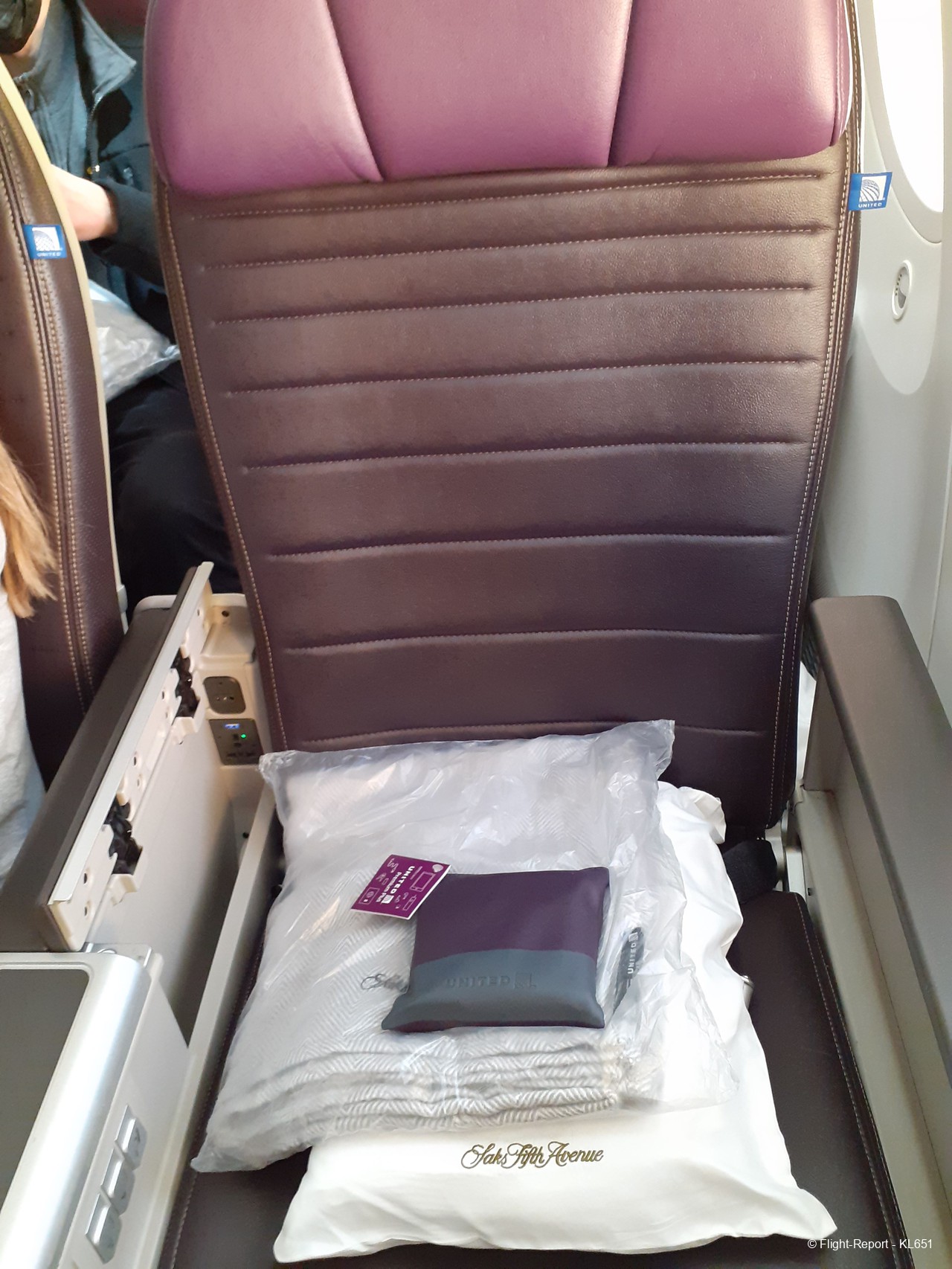 I had a cool view on the engine and a fellow UA 787 to IAD.
UA resumed its direct service to SFO a few weeks afterwards, meaning they have now resumed all their routes from CDG, to EWR, ORD, IAD and SFO. 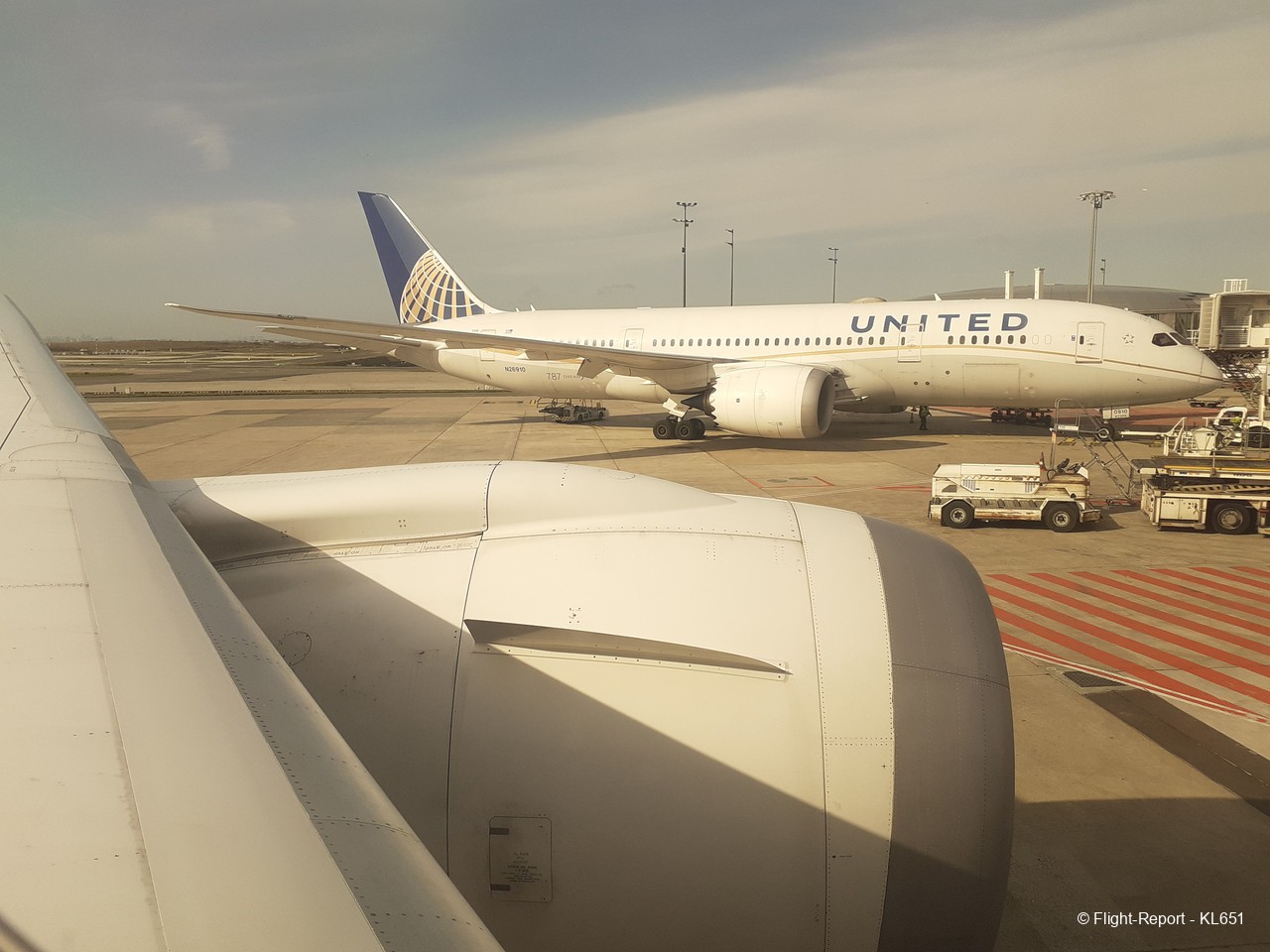 We pushed back on time and saw some rare planes on our way to the runway. 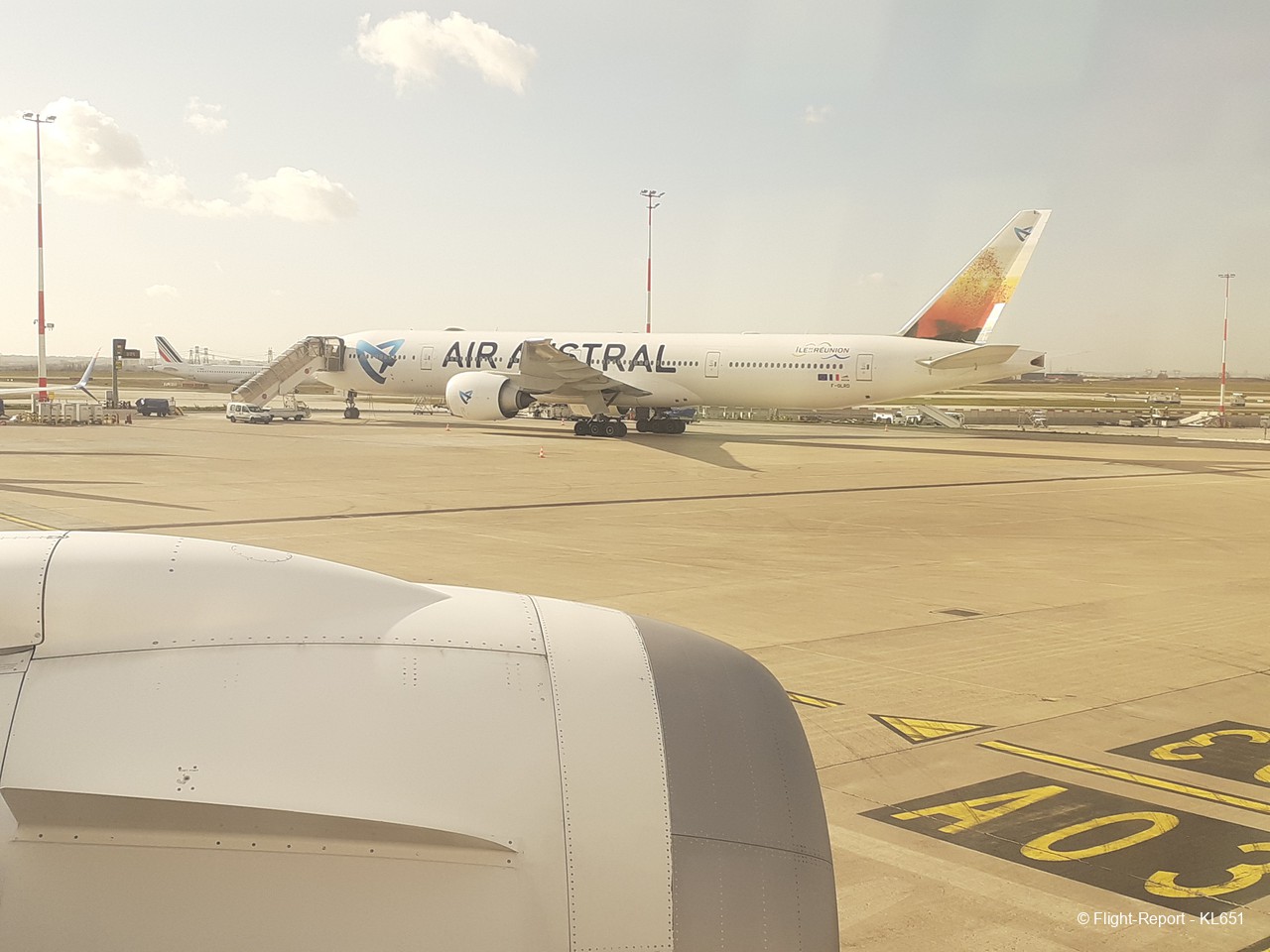 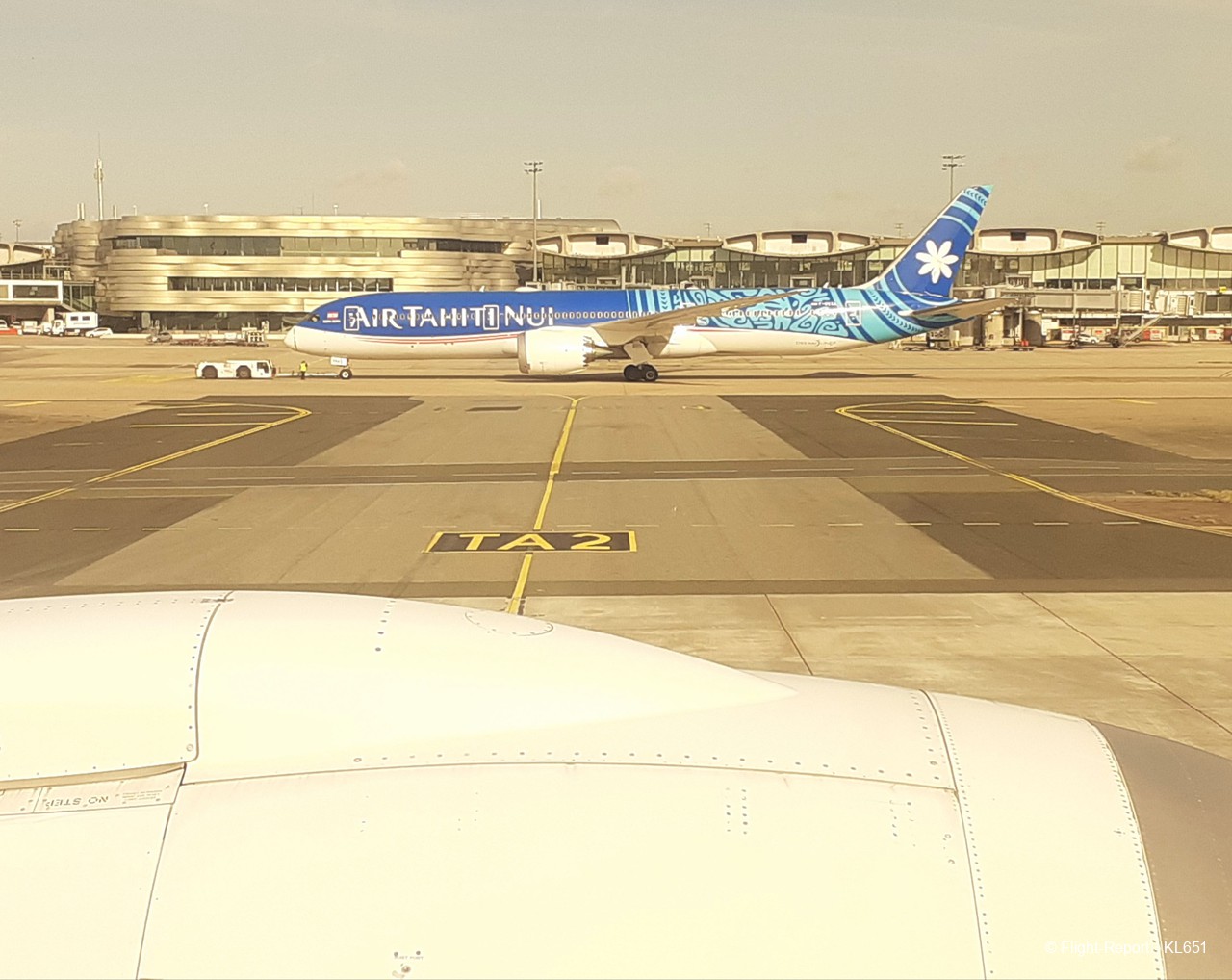 We took off with a 15 minute delay as this gorgeous Icelandair 757-300 landed. 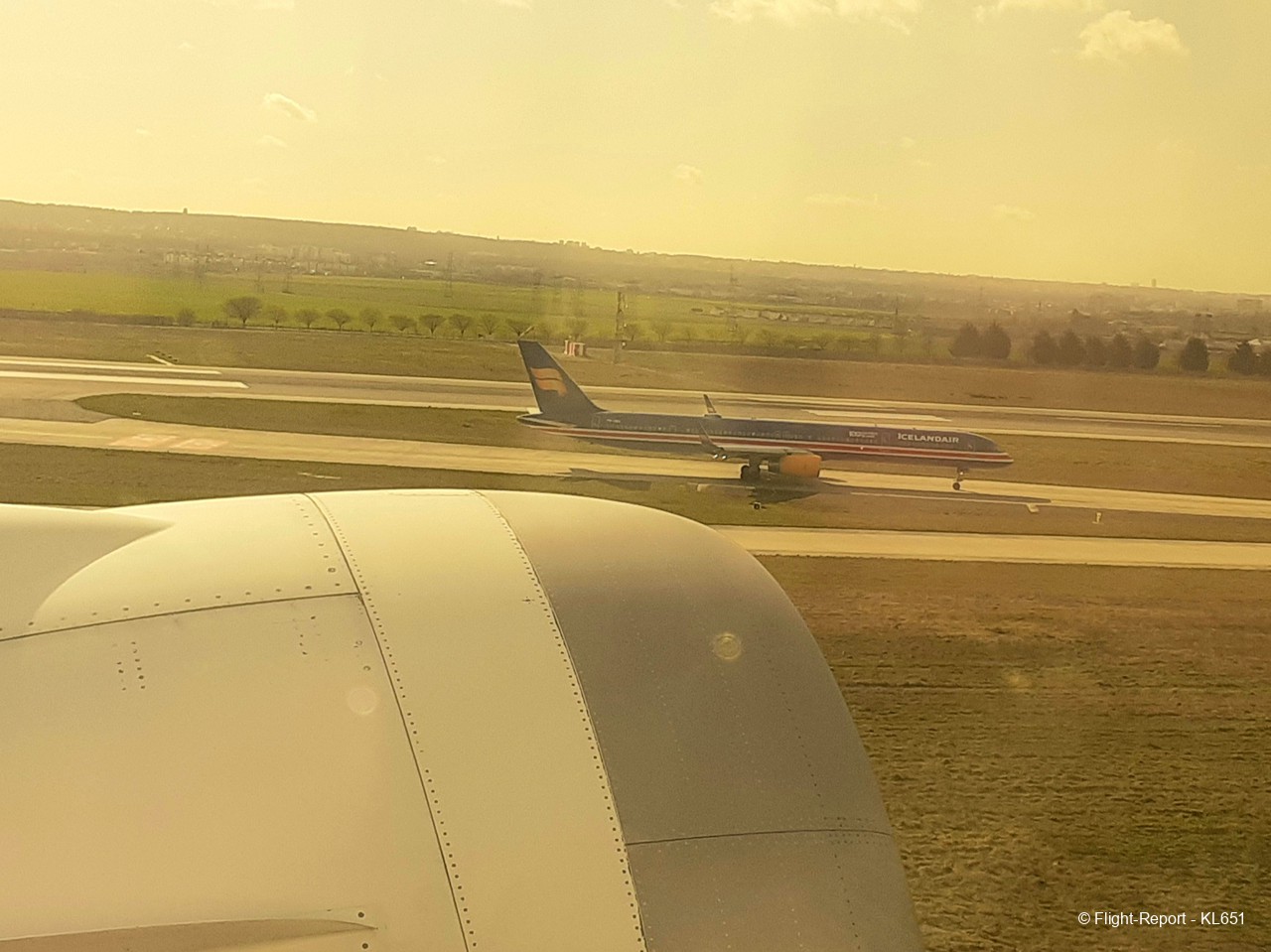 We climbed and soon reached our cruising altitude 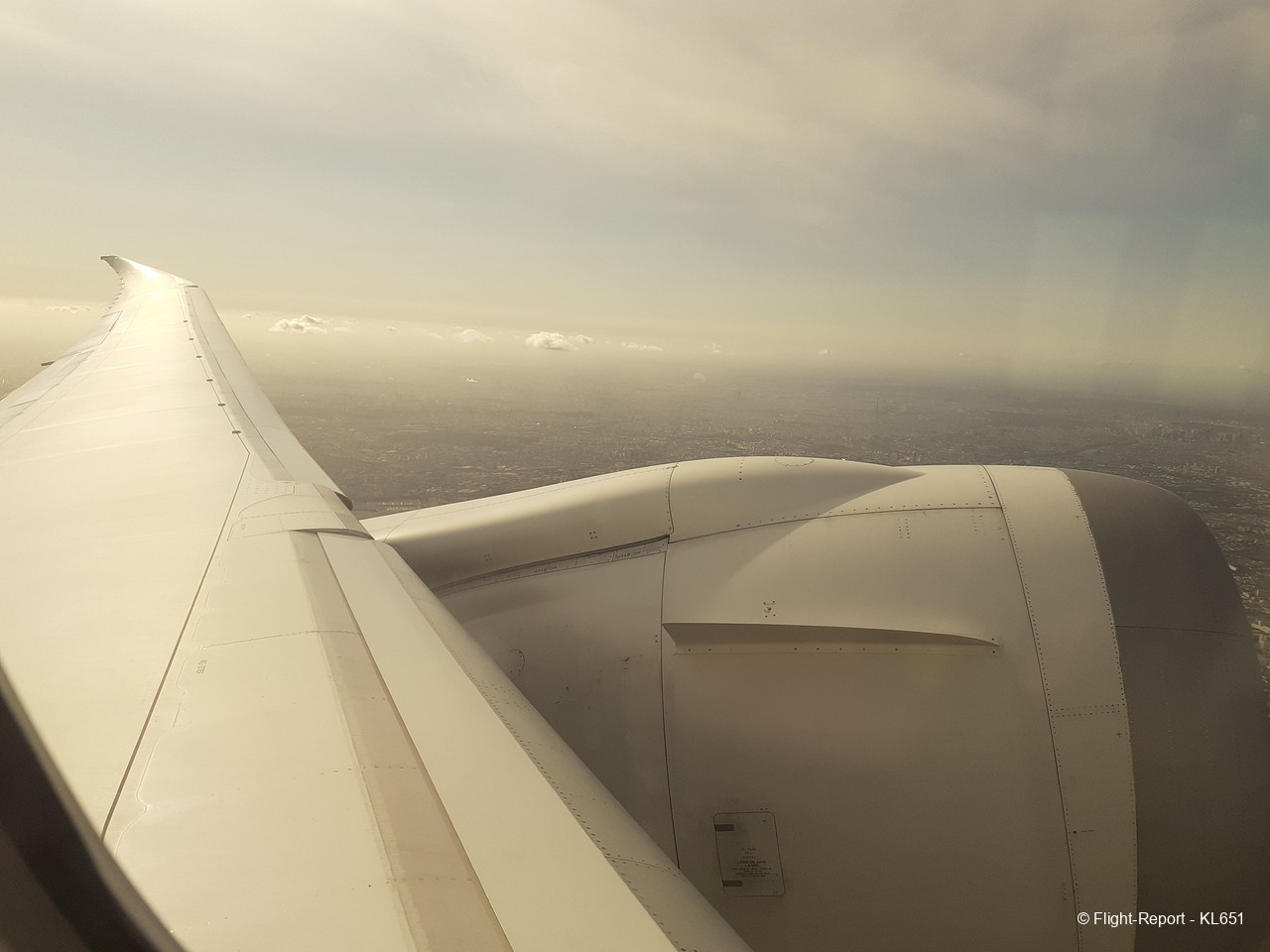 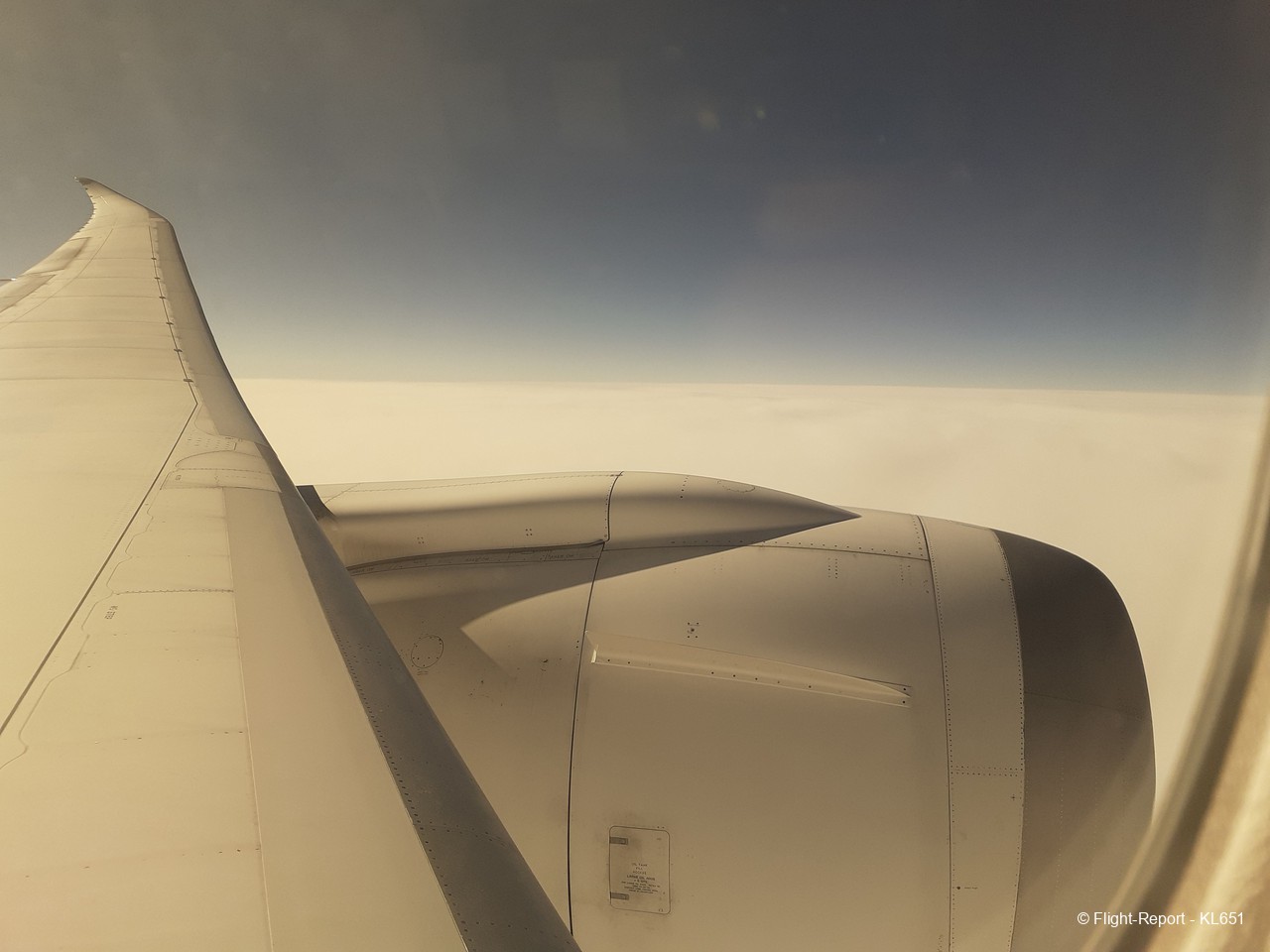 I reclined the seat which was spacious but rather hard.
What made this premium comfortable was the added space and larger armrest rather than the seat IMO

Meal service began, and no drinks or snack were offered before.

Also, the beverage choice was the same as in Economy with only beer and wine as available alcoholic drinks.
The F/A serving our aisle was rather unfriendly, and her service not premium at all, asking passengers "Chicken, or pasta? Any drinks?" 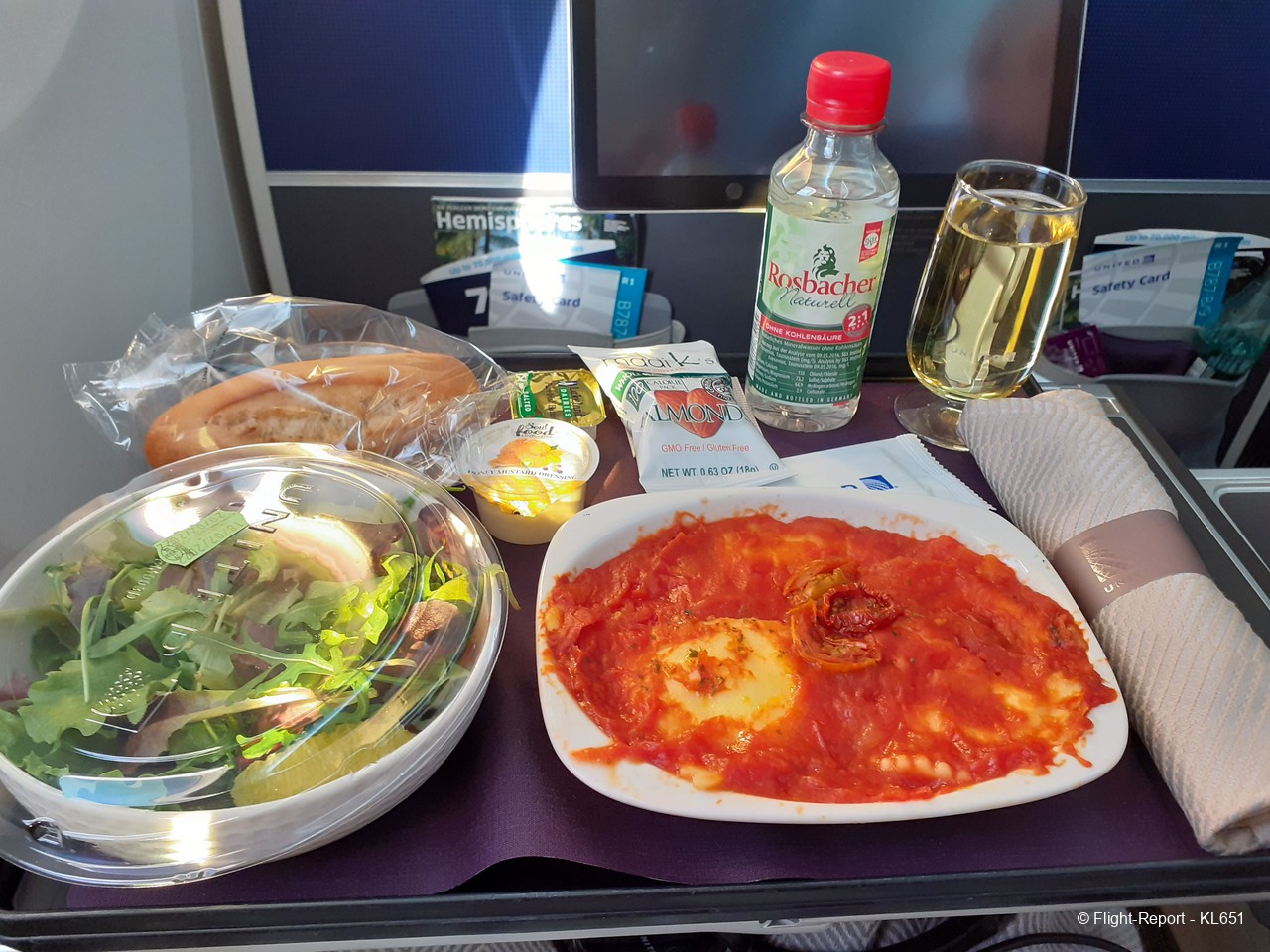 The tray looked nice, a real glass, metal cutlery and the signature china and plate with the globe pattern.

Food was tasty but rather basic, it's more an economy class meal served on a business class tray.

Premium Economy standards vary a lot post Covid on US airlines, DL serves the same thing as in economy (shame on them!), AA doesn't use real glasses but the food is more premium.

The dessert we were offered was the ice cream also served in economy class, which I declined.

The pursed passed through the cabin to collect trays, I asked if by chance there was a leftover entree, and she borught back an entire tray from Polaris, which was really nice of her.
You can see that the salad is the same, only the entree and salt and pepper shakers are different. Don't know about the dessert.

I think it's time US airlines clearly redefine and differentiate their onboard service in each class. 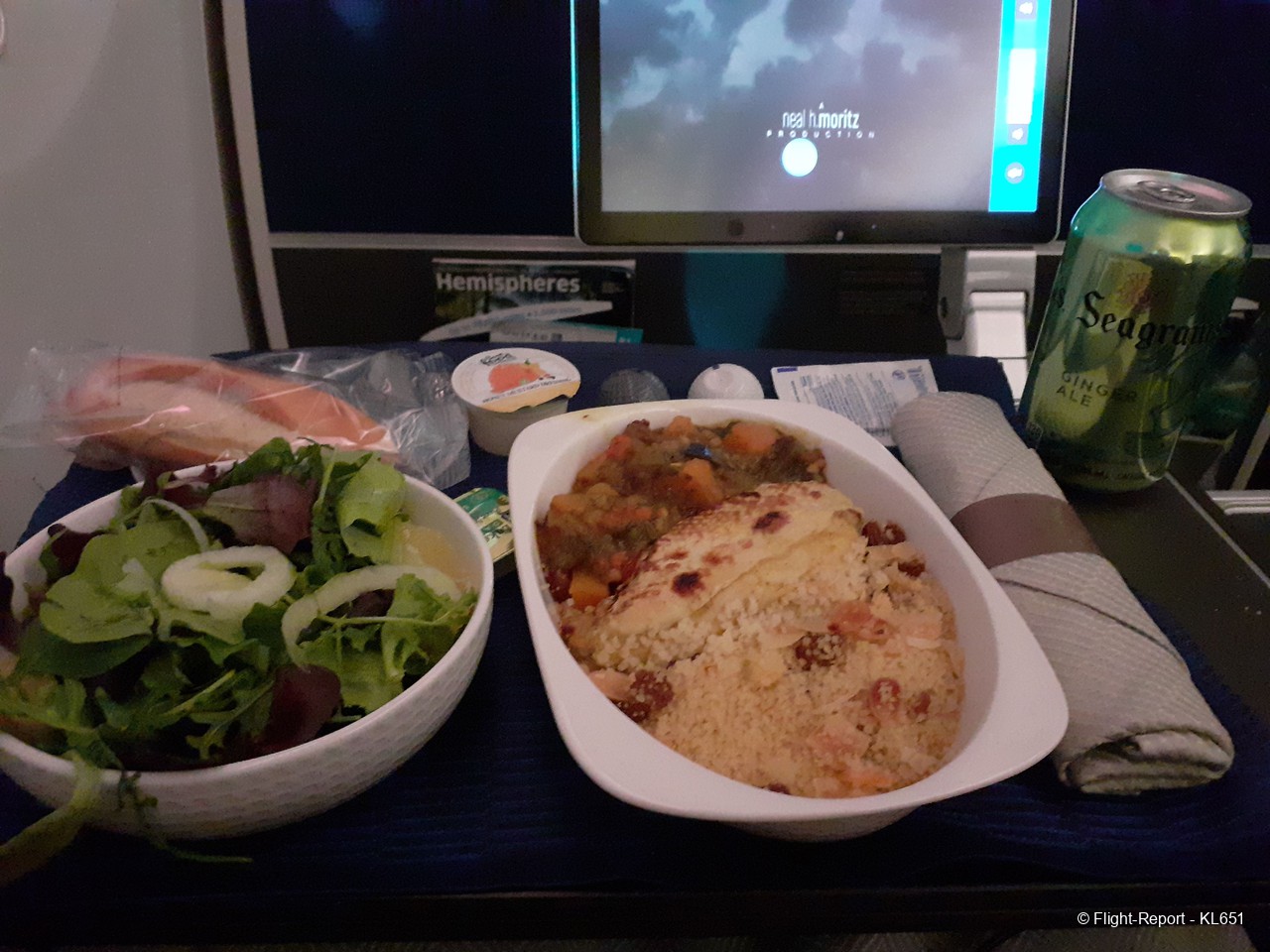 Coffee and tea were offered, which I declined as I wanted to sleep.

We were cruising above the atlantic ocean by the time the meal was over. 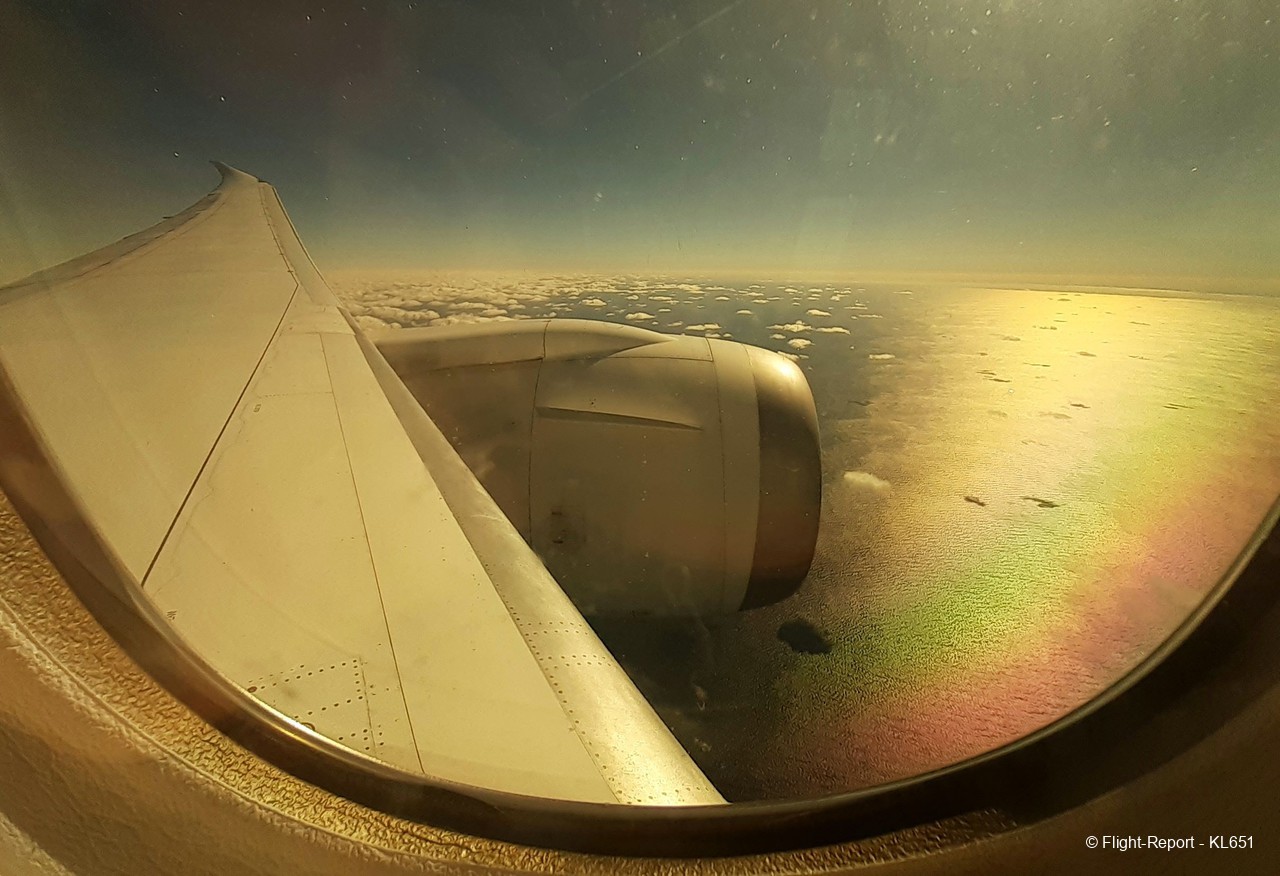 I started a movie I don't remember to pass the time until we reached Iceland, I was hoping for some nice views.
The IFE offering was nice, except in terms of music, and the moving map had decent features.

No views of Iceland because of the clouds and me being on the wrong side, so it will be limited to the IFE to know we were close. 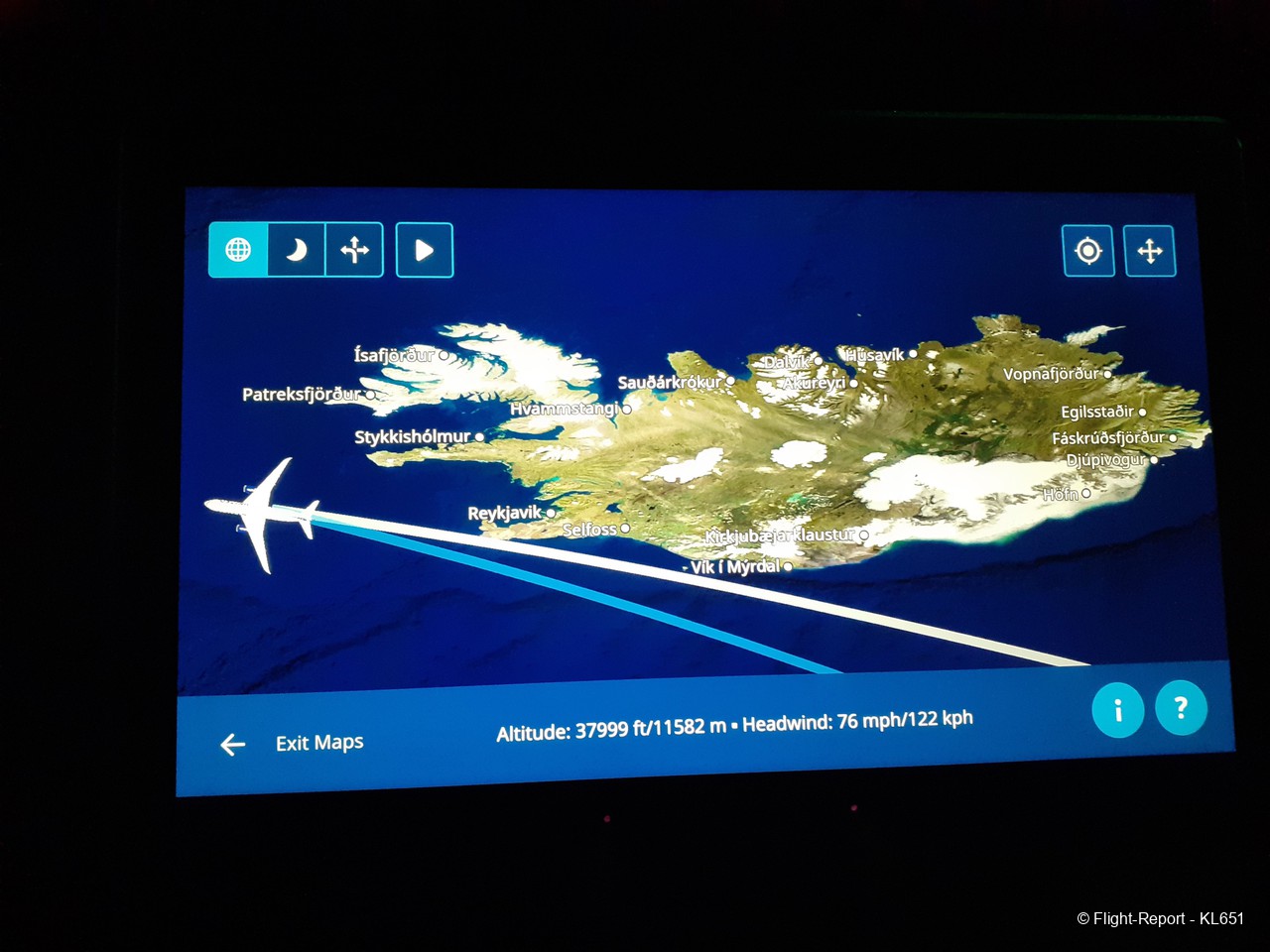 I then took a nap for about an hour, but as I said the seat was too hard for me to be comfortable and fall asleep.

FAs passed through the cabin regularly with water, I asked for a ginger ale. 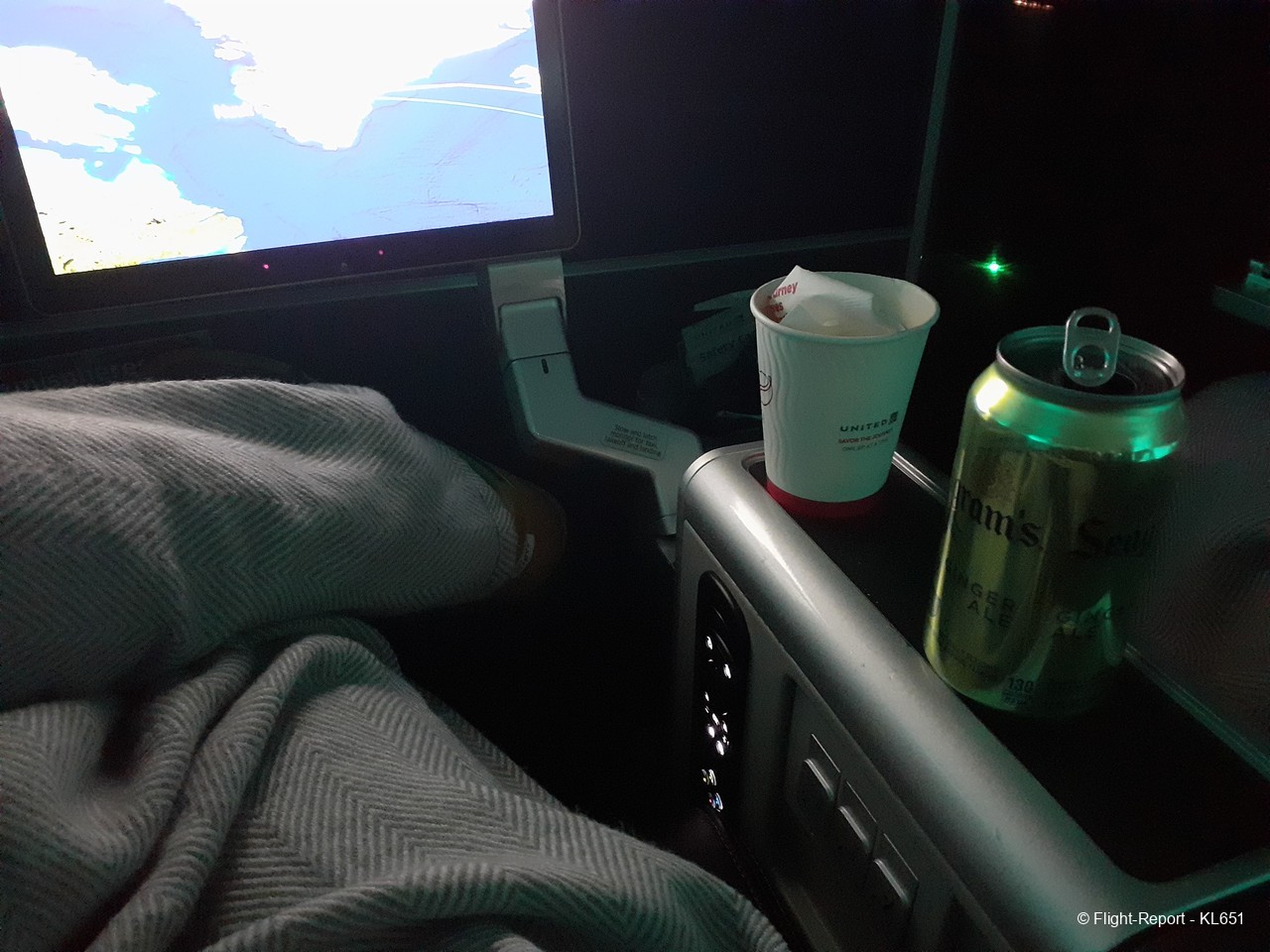 I passed the time watching Will & Grace and 2 Broke Girls.

Eventually we reached the American Continent and the clouds cleared, revealing a beautiful frozen scenery. 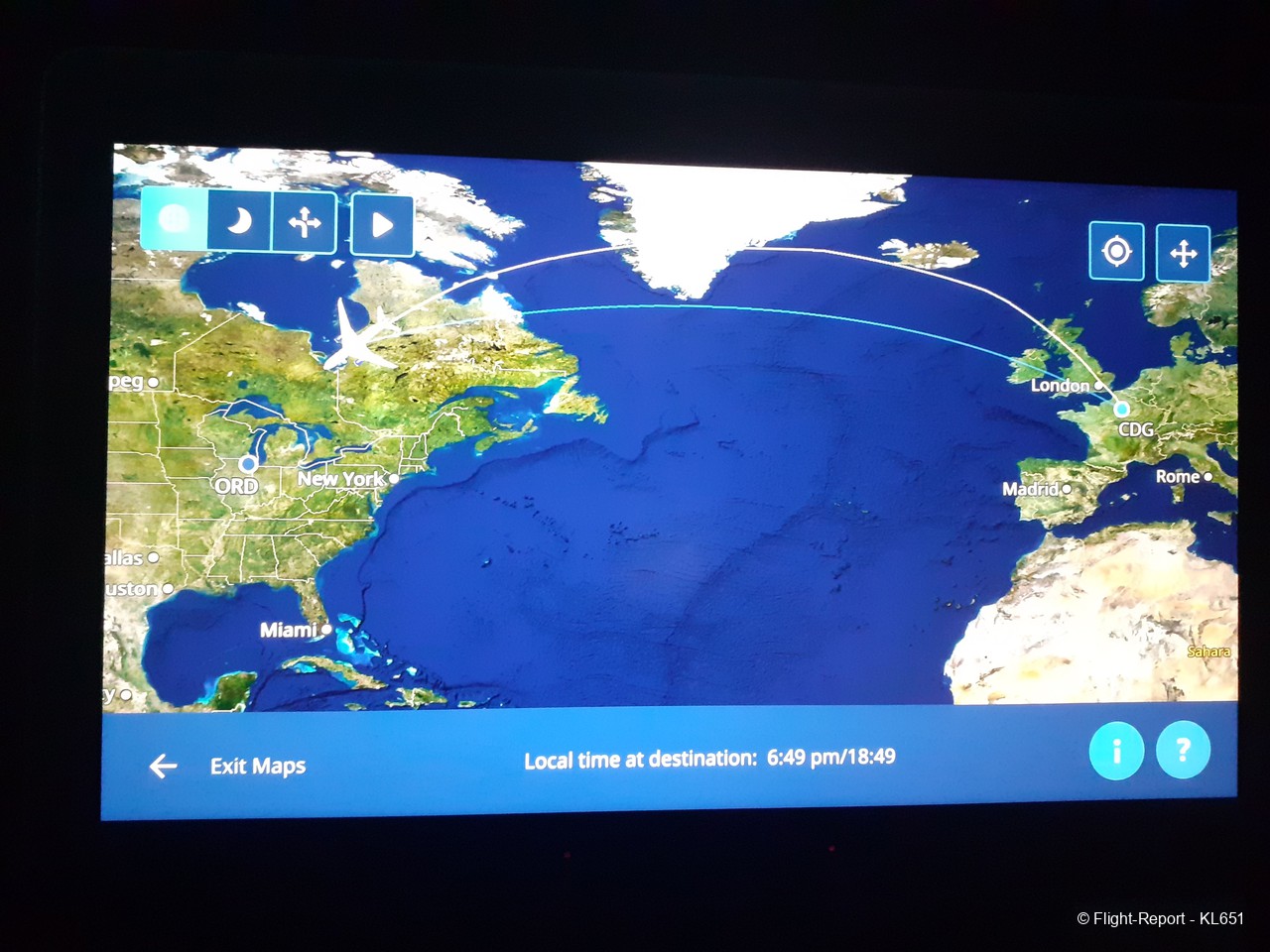 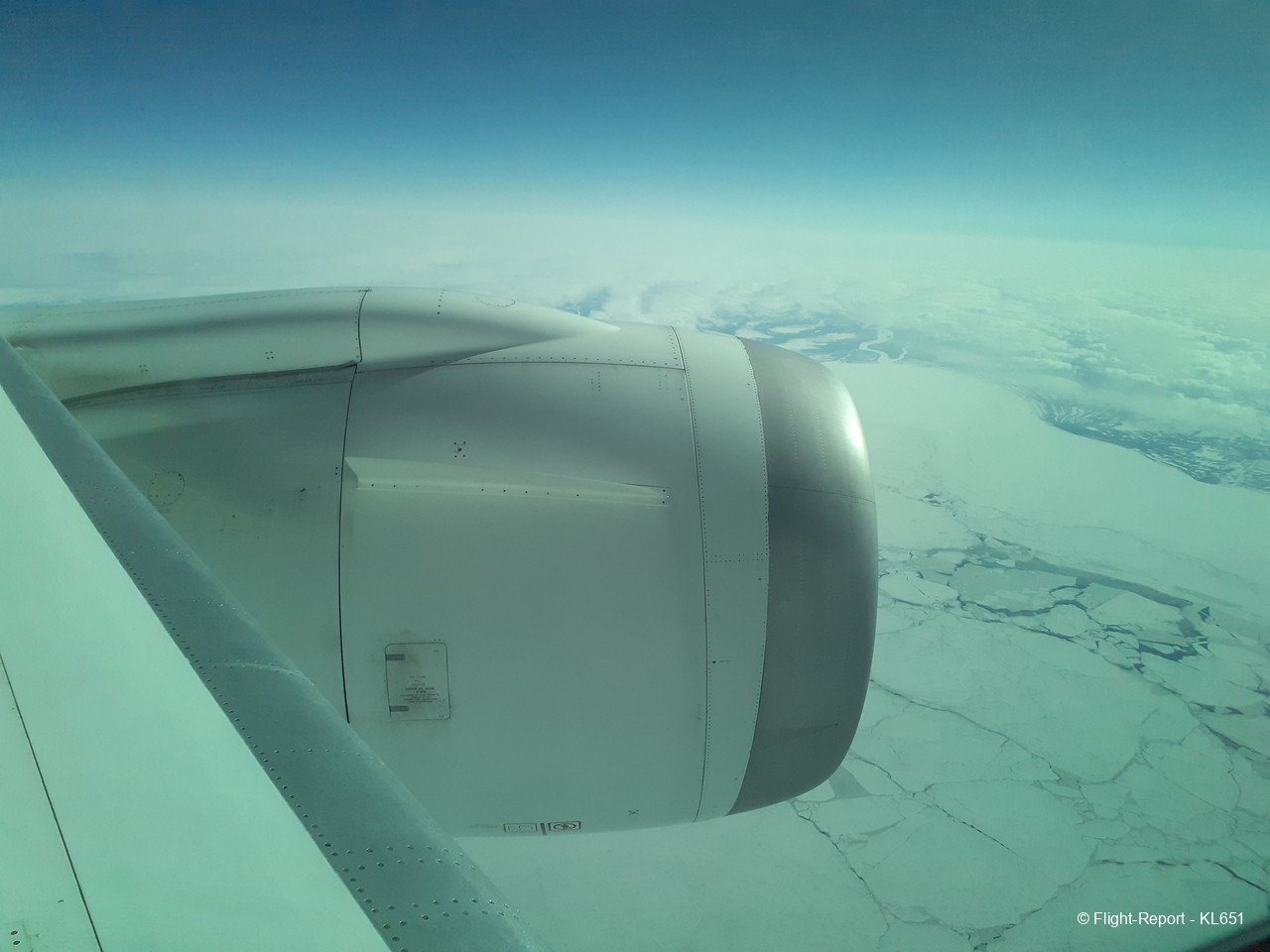 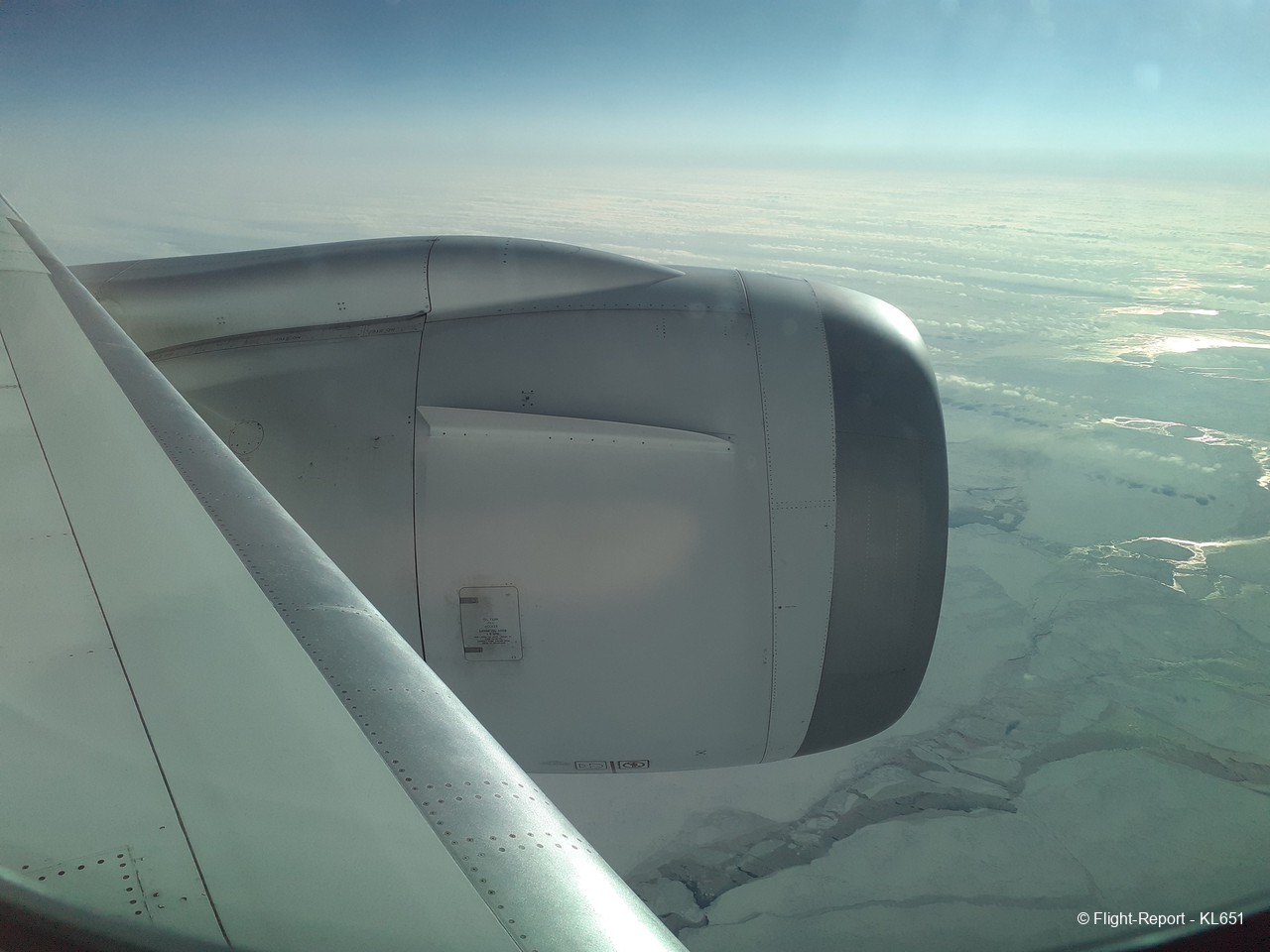 About 1,5 hours before landing the snack was served and was definitely the same as in economy.
I had tea to with the tasty sandwich. 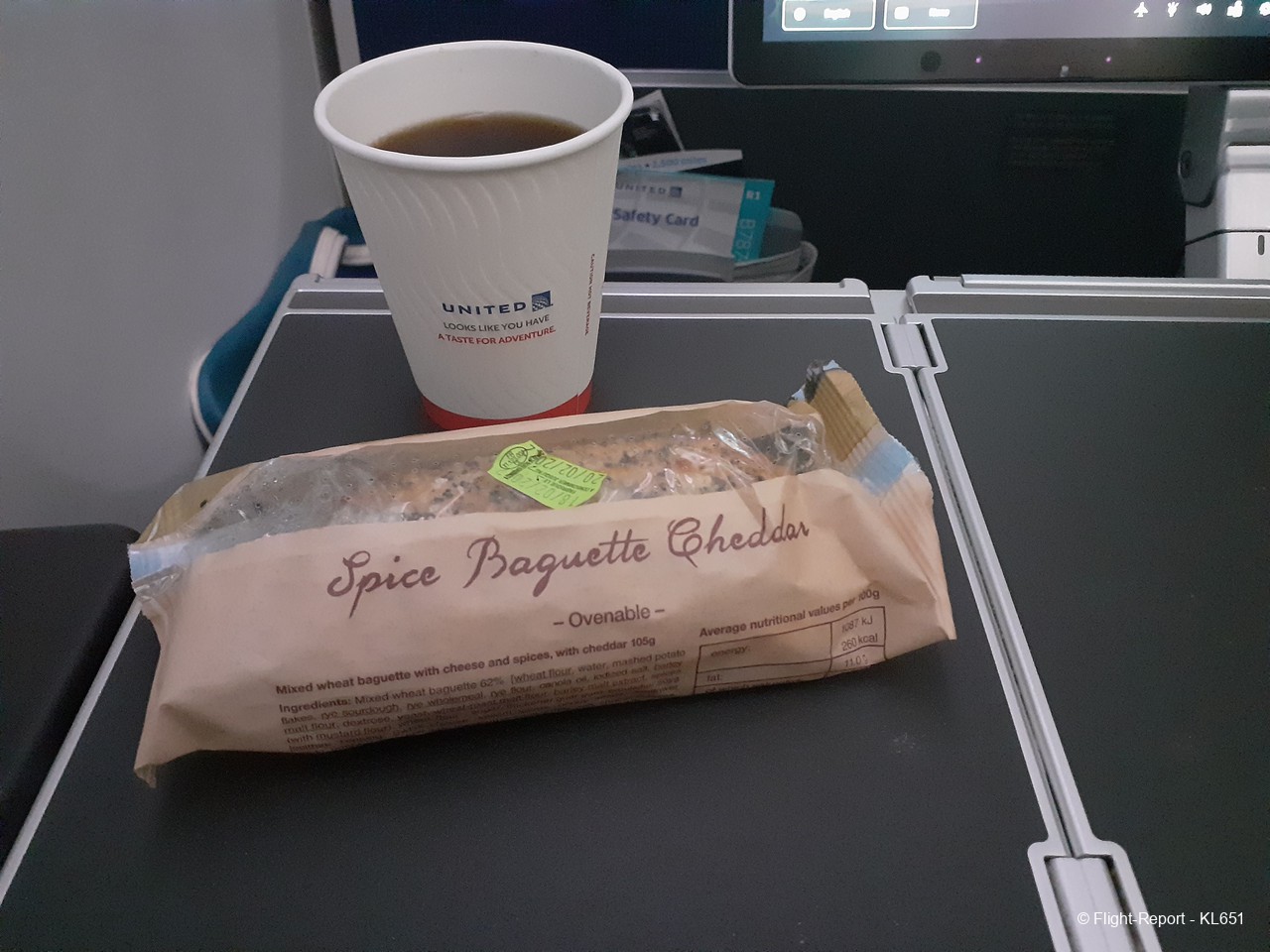 Due to strong headwinds, in spite of our almost on time departure our arrival kept getting pushed back and we were expected to land slightly behind schedule. I didn't care as I had a 3 hours connection anyway.

We started our descent about 30 minutes prior to landing. 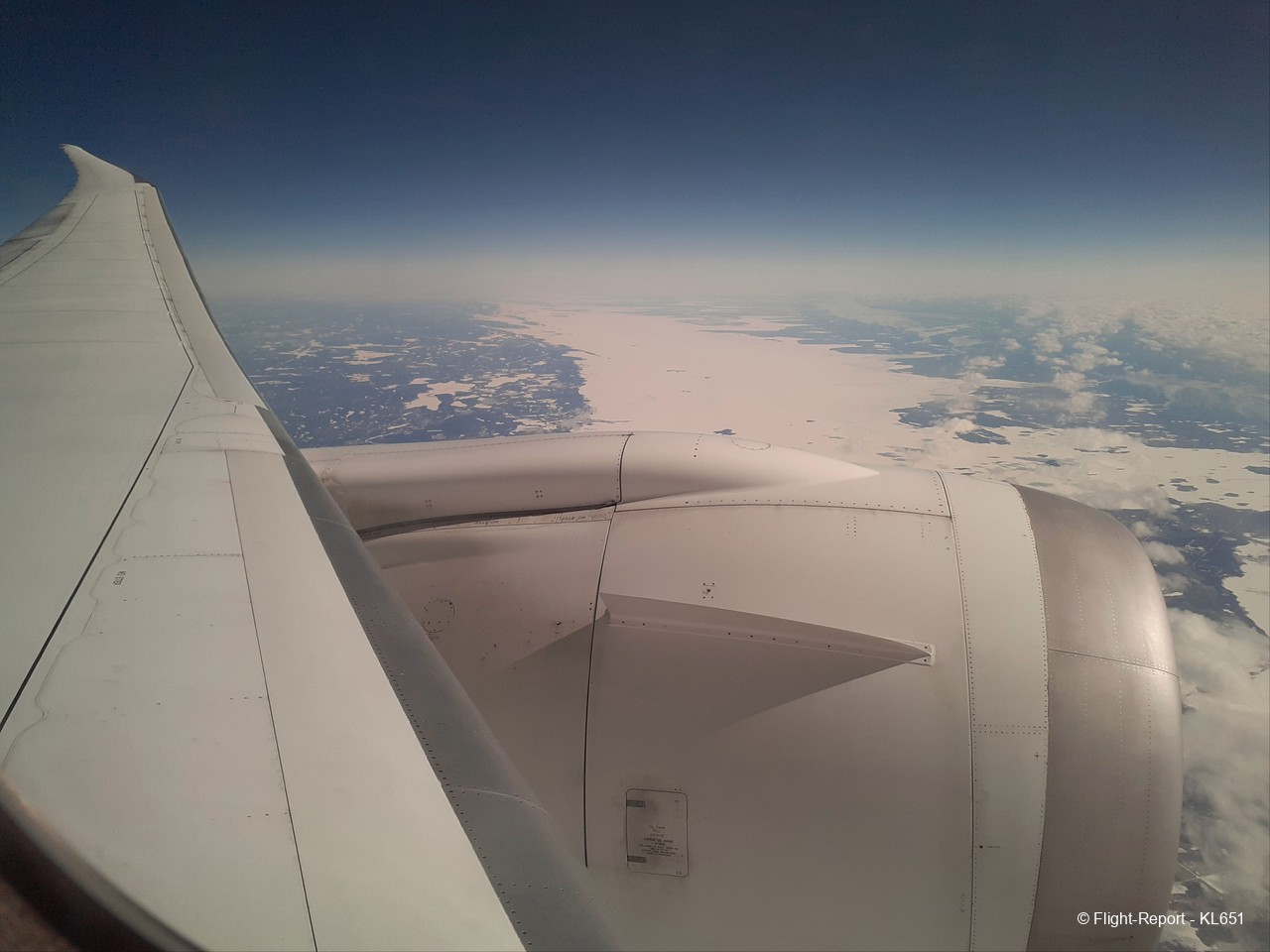 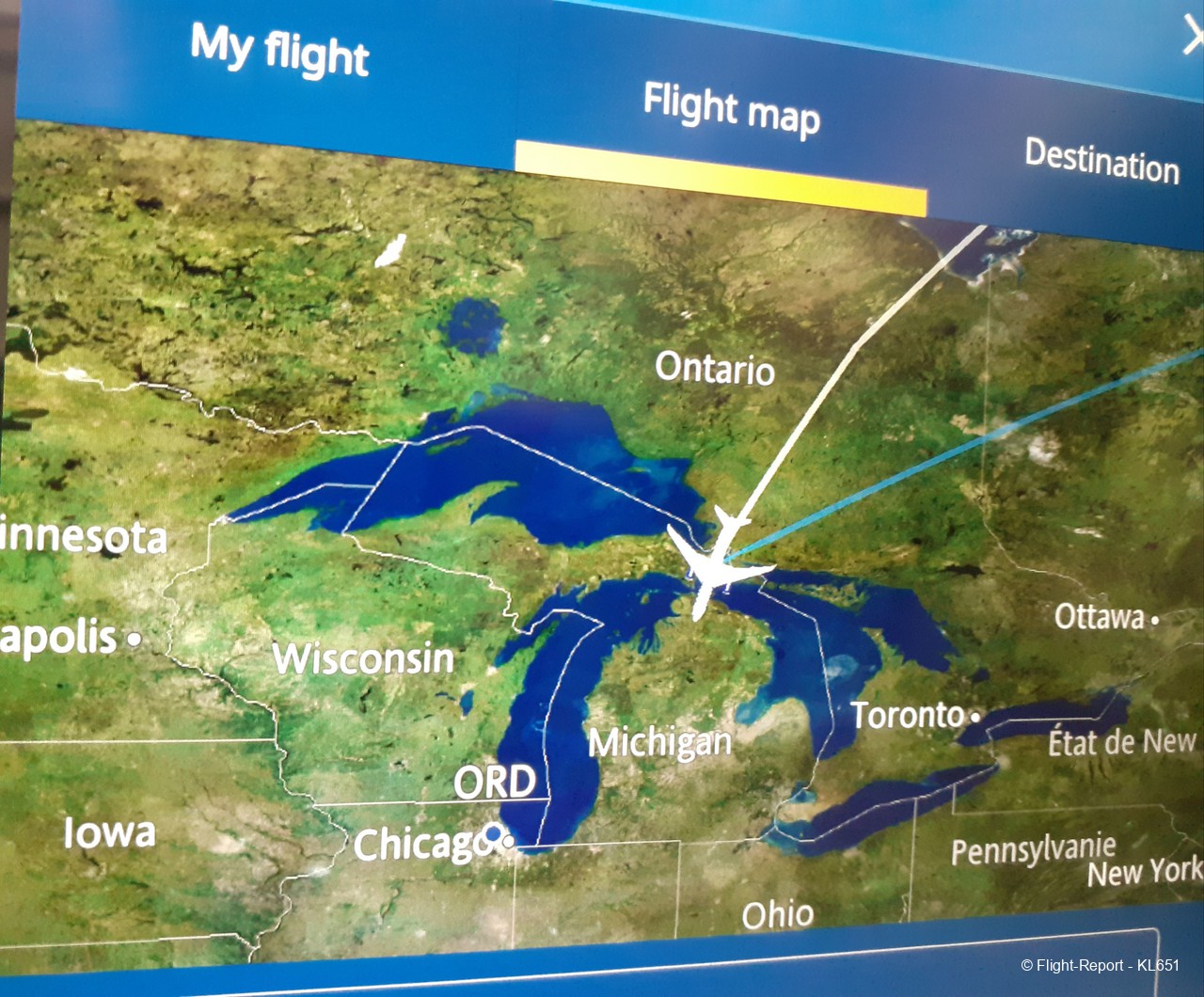 Finally I was on the correct side of the plane to have a nice view of Chicago's downtown shortly before landing.
I really love that city. 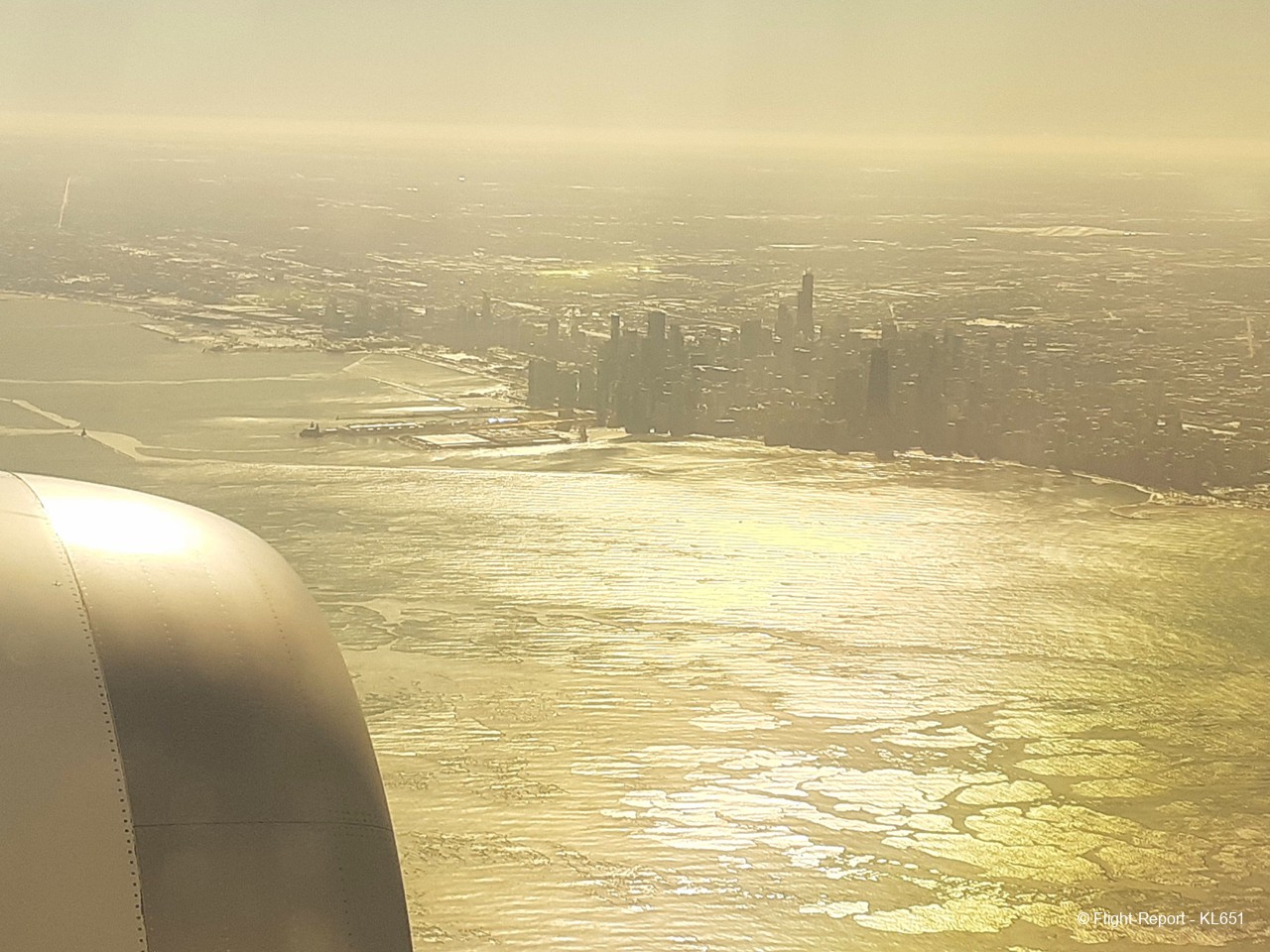 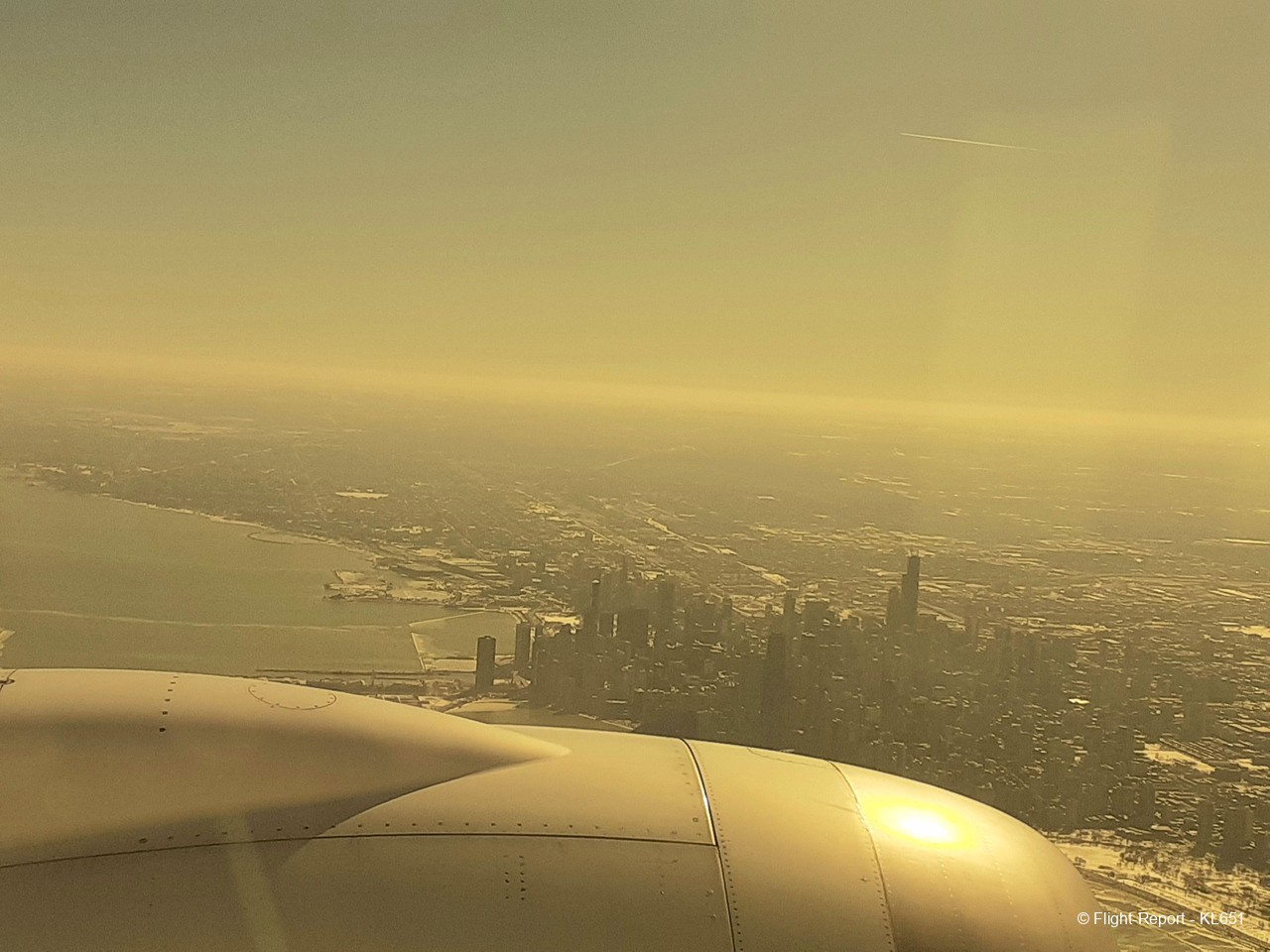 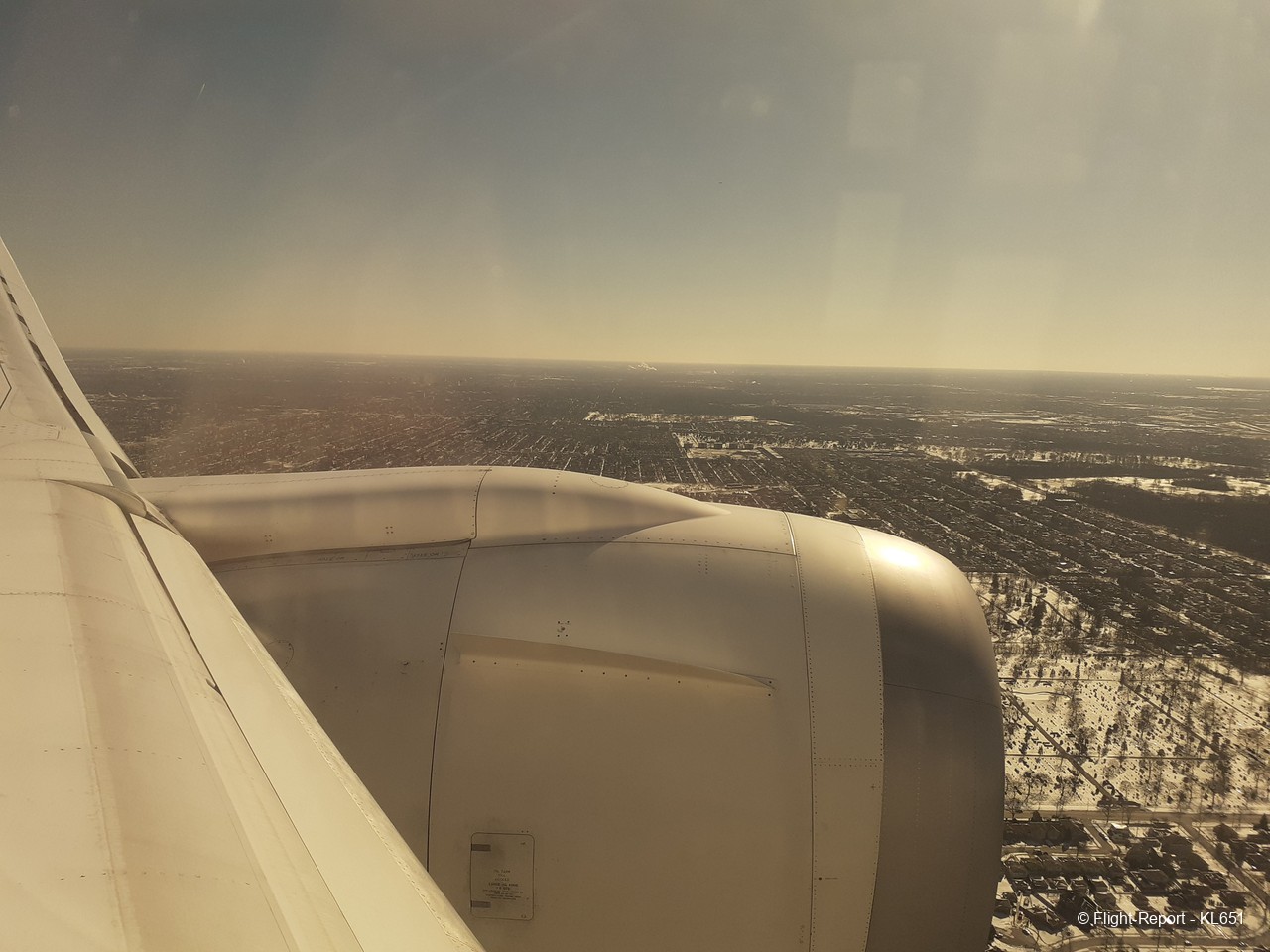 We gently landed 5 minutes behind schedule. 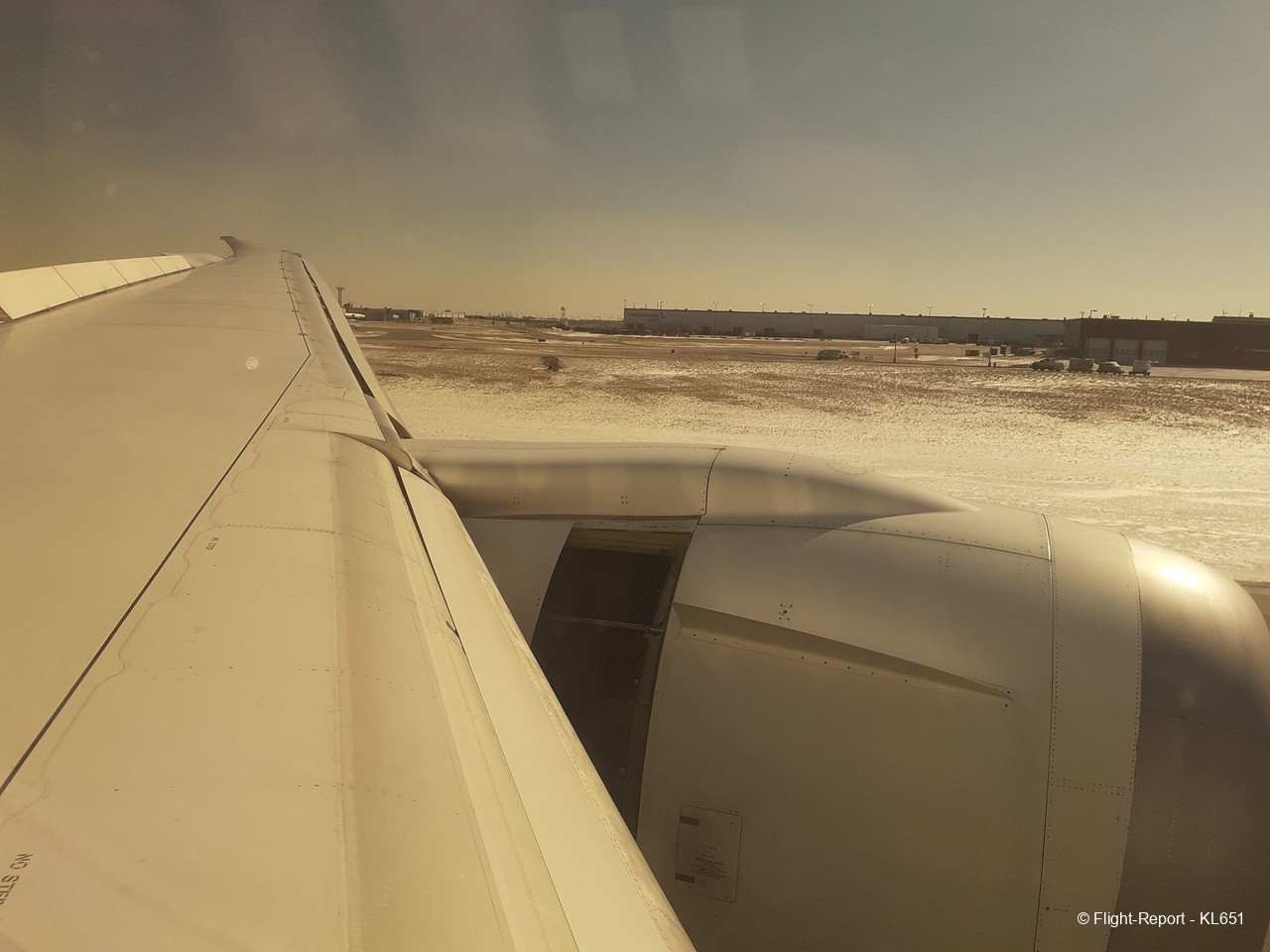 After a quick taxi, we parked at Terminal 5, the only one with an immigration facility at ORD. 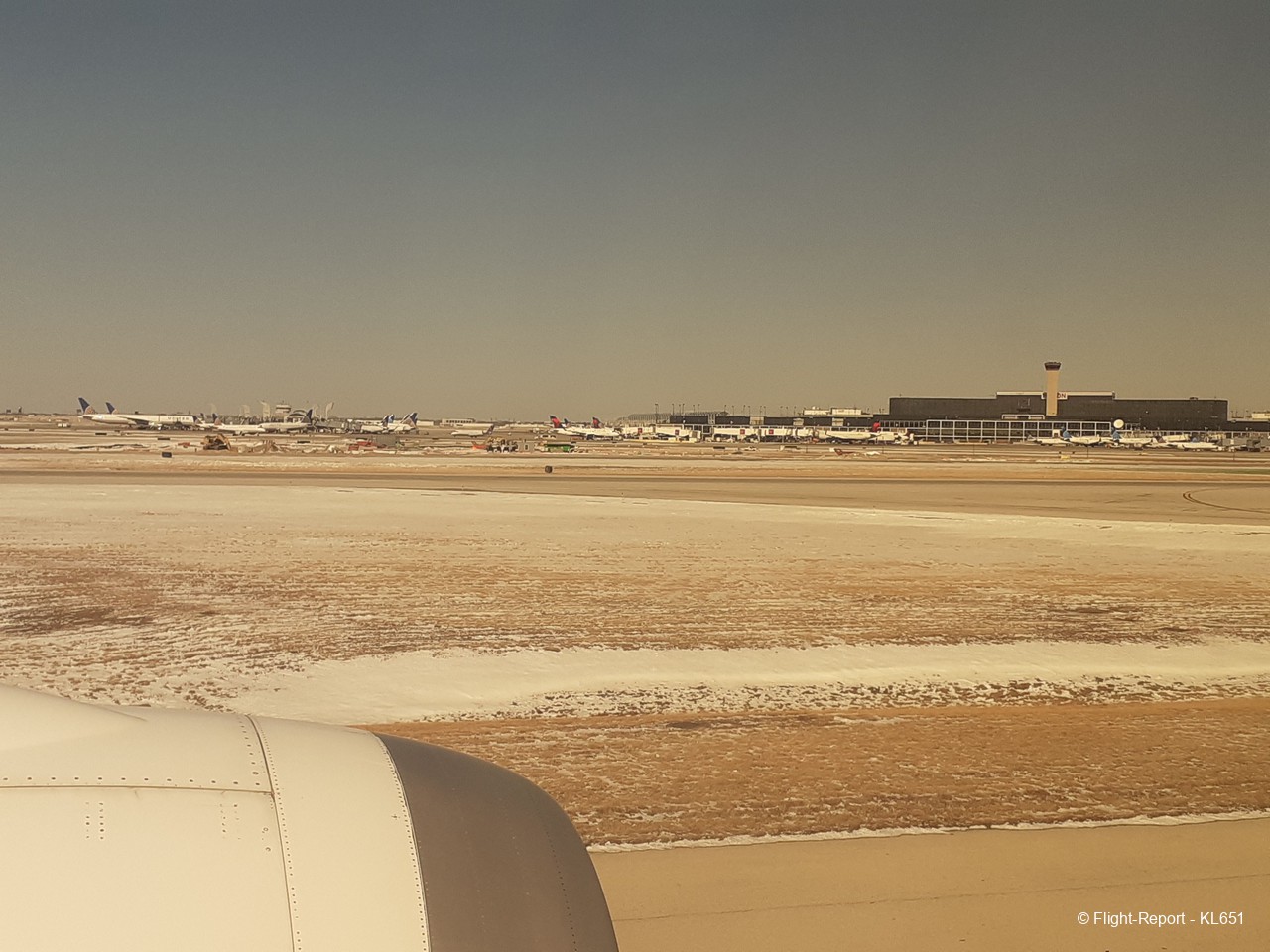 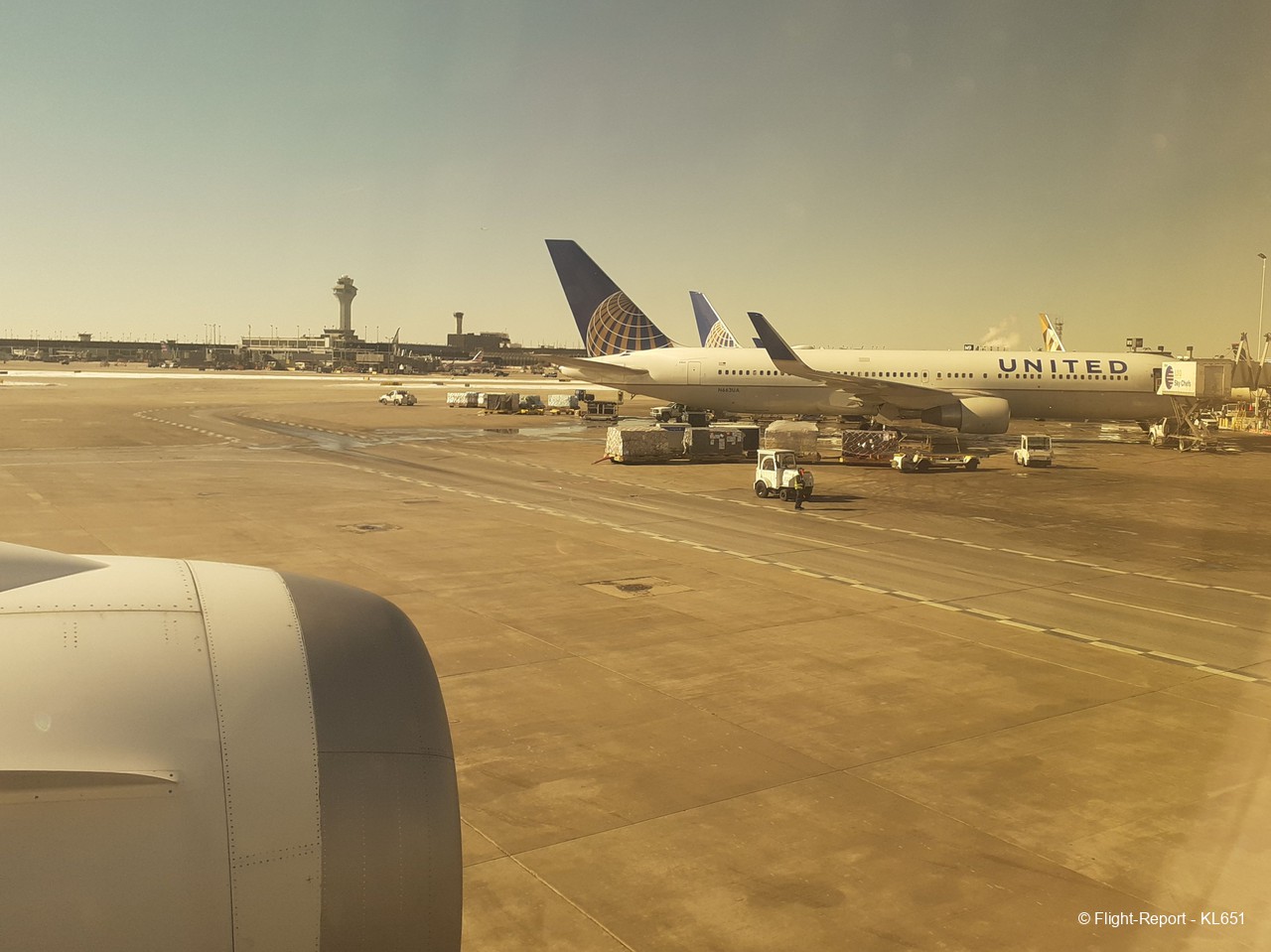 It didn't take long to disembark and waiting time at immigration was only 10 minutes.

Overall, in spite of my soft spot for UA and my excitement to try out their Premium Product, I must say I was disappointed.
Tthe seat wasn't comfortable and the service and meals weren't really premium, especially the service.
Except for the Purser, there was no difference with flying economy class, I expected a more refined service with real sentances rather than "Any drinks?"
The difference with economy was reasonnable so I don't regret it, but clearly it's not worth paying more than a USD 200 to fly UA's Premium Plus on a flight of this duration.

Overall, in spite of my soft spot for UA and my excitement to try out their Premium Product, I must say I was disappointed.
The seat wasn't comfortable and the service and meals weren't really premium, especially the service.
Except for the Purser, there was no difference with flying economy class, I expected a more refined service with full sentences rather than "Any drinks?"
The difference with economy was reasonable so I don't regret it, but clearly it's not worth paying more than a USD 200 to fly UA's Premium Plus on a flight of this duration.

The contributors of Flight-Report published 23 reviews of 3 airlines on the route Paris (CDG) → Chicago (ORD).

The average flight time is 9 hours and 14 minutes.