#38 out of 77 Airlines A minimum of 10 flight-reports within the past two years is required to appear in the rankings. 61 reviews

This series was another short trip to Veneto for work. For background and routing information please refer back to the LX 41 FR. This will be a short report on a short 50-min night time flight down to Venice Marco Polo Airport.

After arriving from LAX, I had about an hour to kill after clearing immigration so just briefly stopped into the LX Senator Lounge in the A concourse since my flight was due to depart from Gate A86. The lounge was crowded, but there was fresh fish and chips being prepared in the dining area so I grabbed some to supplement what was anticipated to be a light meal on this short 50-min flight knowing I wouldn't reach my hotel until after 9pm. 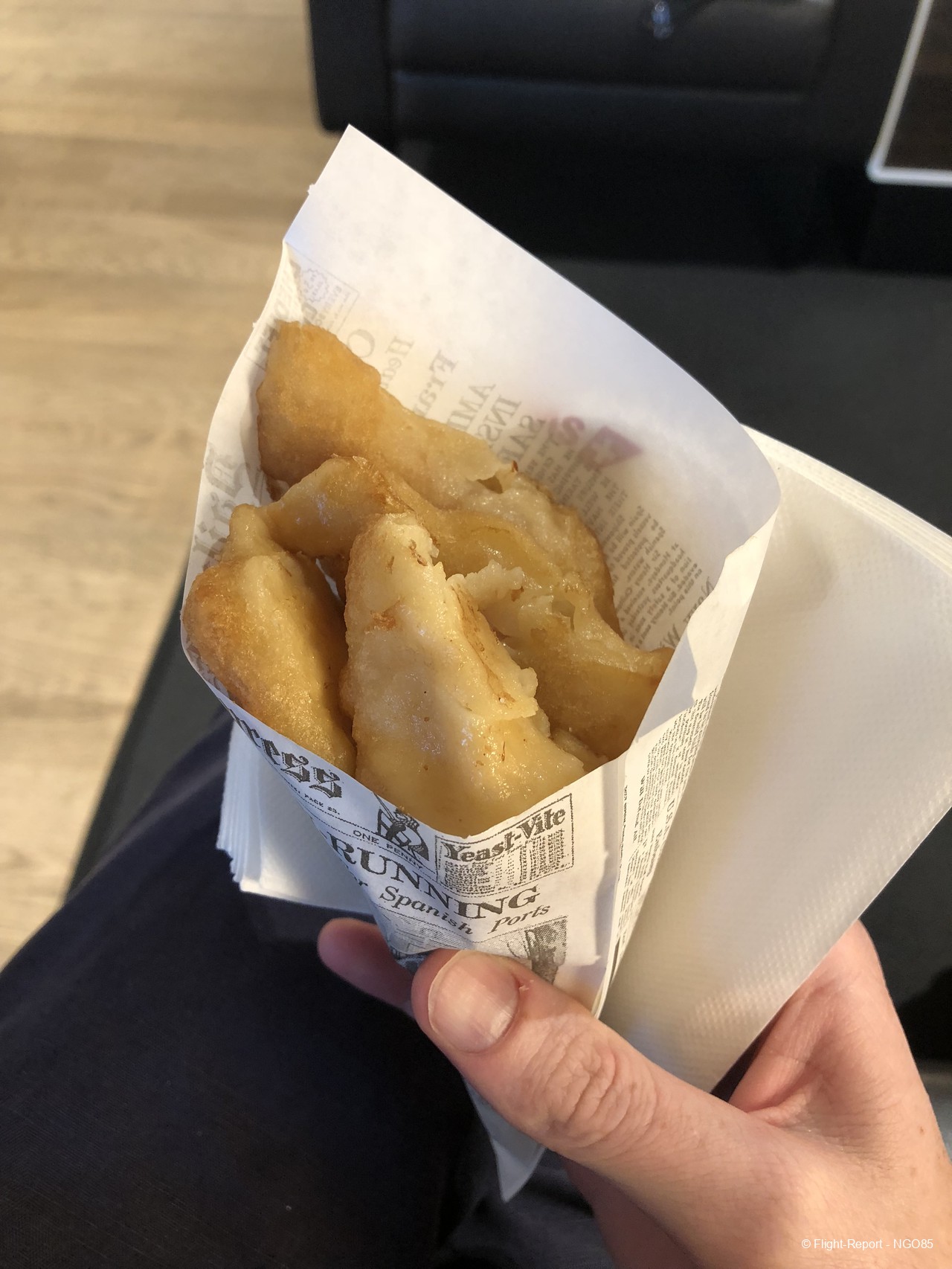 My boarding pass for this flight. 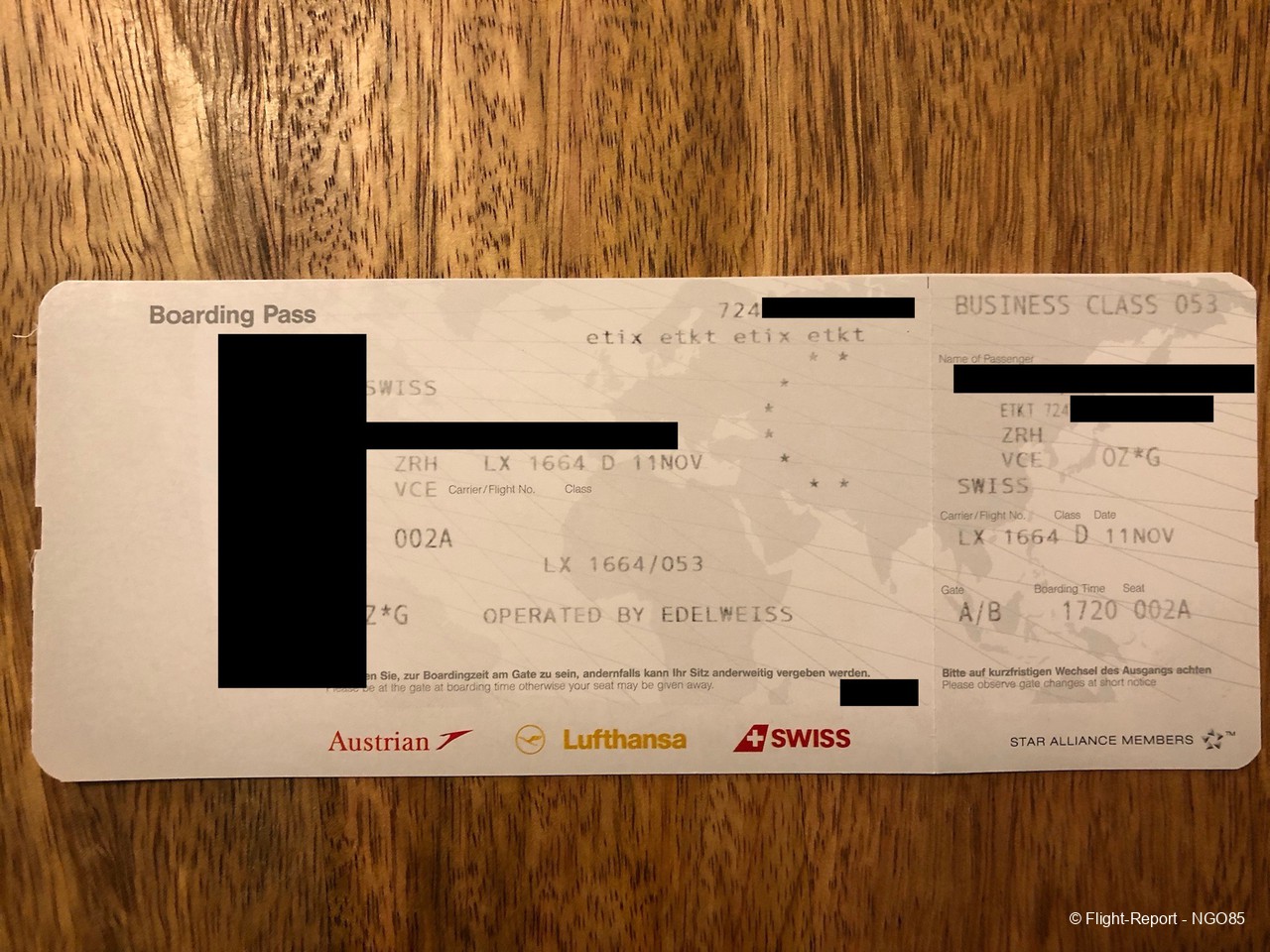 It was already past sunset when the flight was due to depart so I couldn't get a good picture of our WK A320 that was operating this flight. We were flying Victoria, which is one the oldest A320s in the WK fleet. Boarding was delayed about 10 minutes, but the flight load was light and we were quickly all onboard.

The seats are your standard fare with Recaro seats and middle seat blocked in J. Despite the age of the plane, the cabin is clean and well maintained. 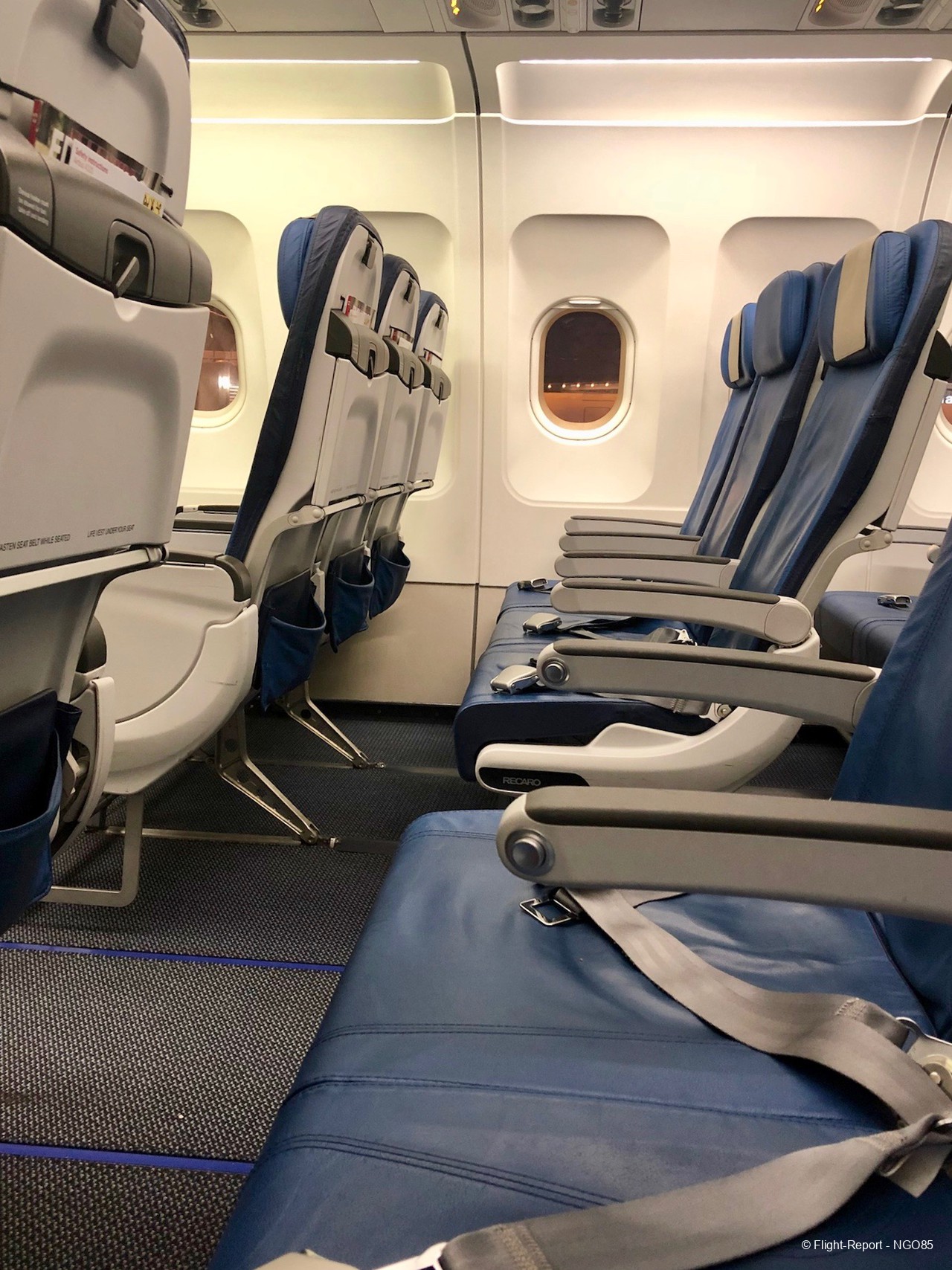 After sitting down, the FA offered a water bottle and moist towelette. 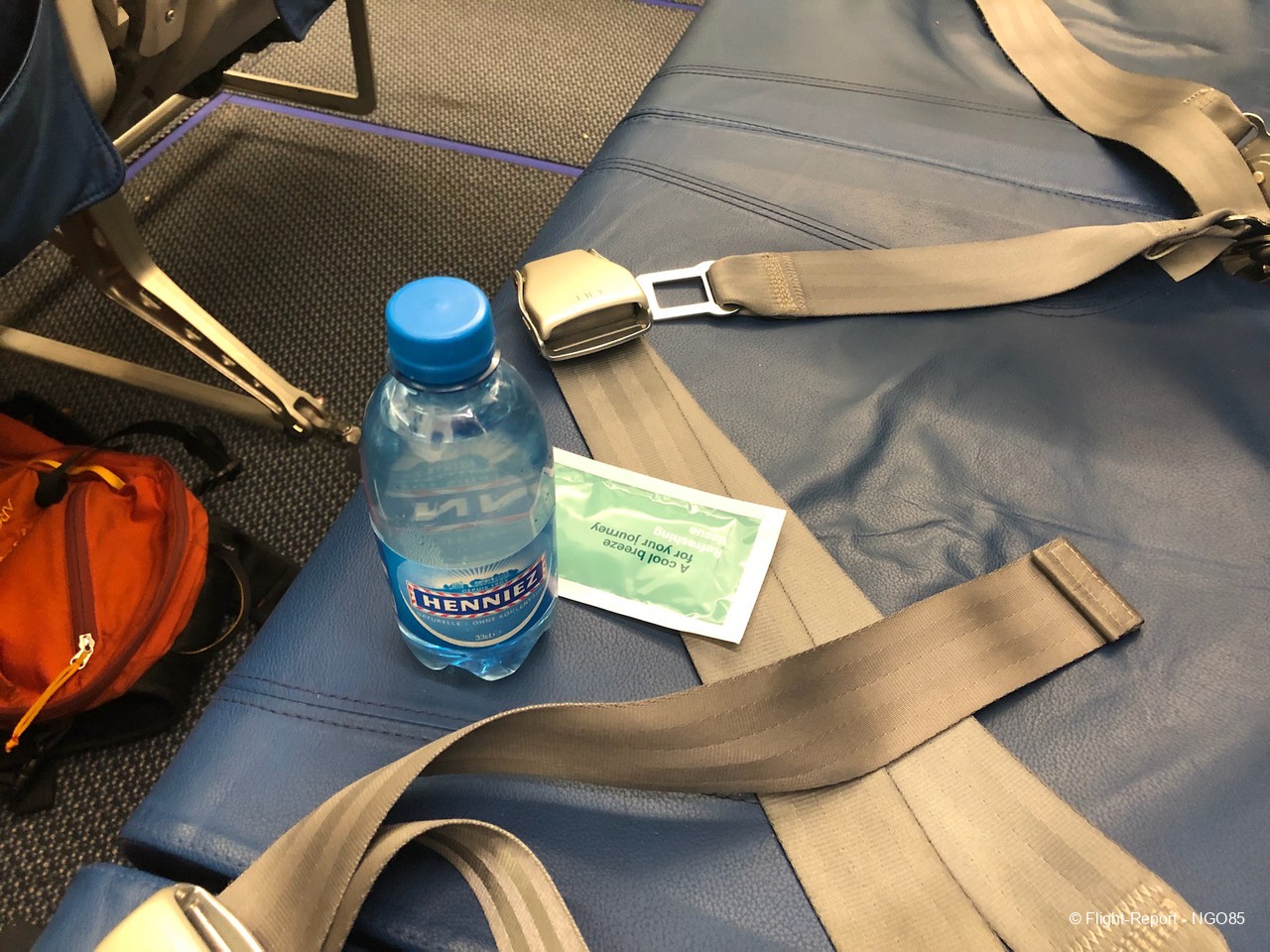 The literature is in the seatback compartment along with a portable device holder. No streaming options were available on this flight. 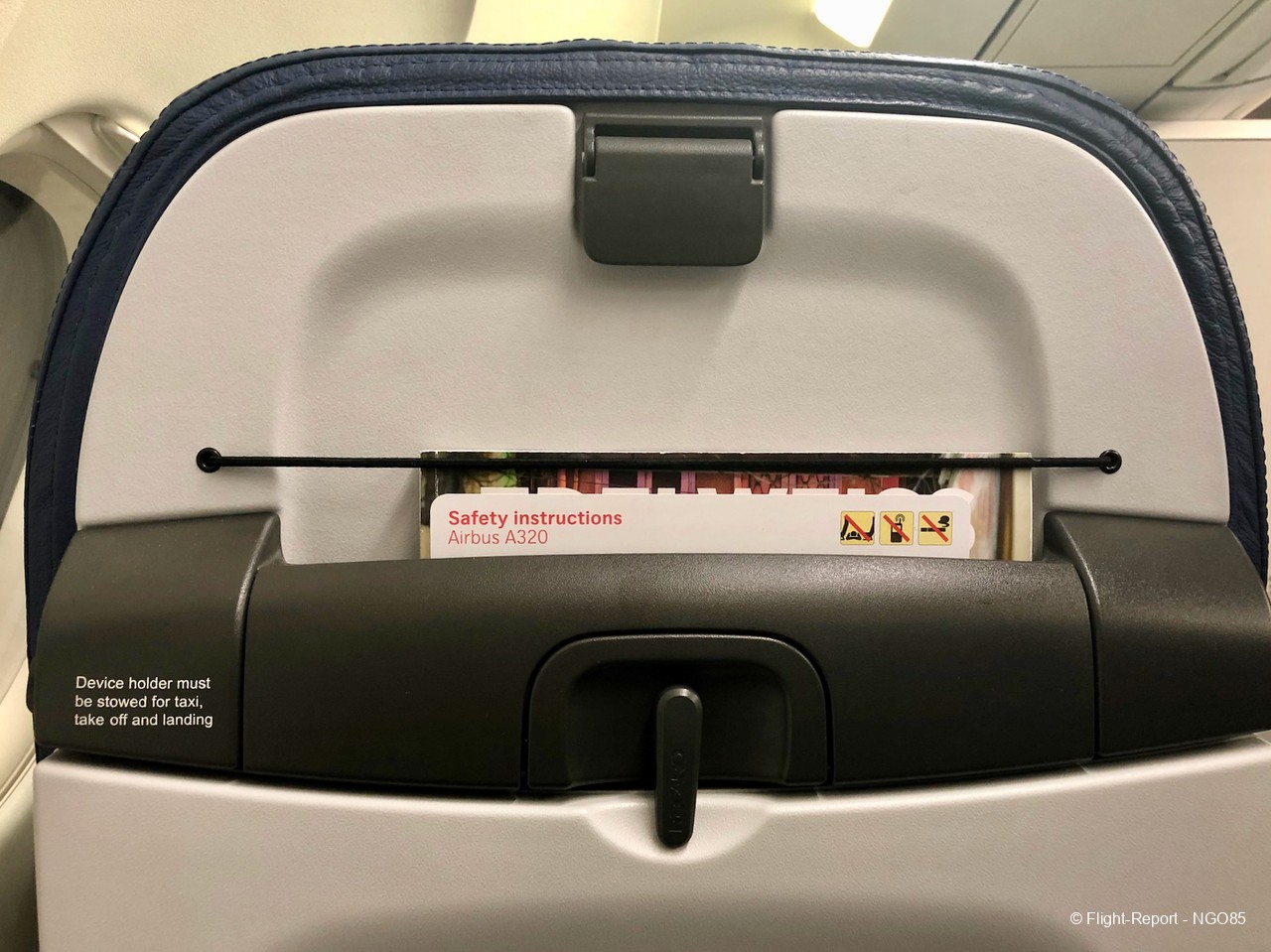 The old seatback compartment sags into your legroom, which is a standard 32" seat pitch. Luckily the passenger in front did not recline. 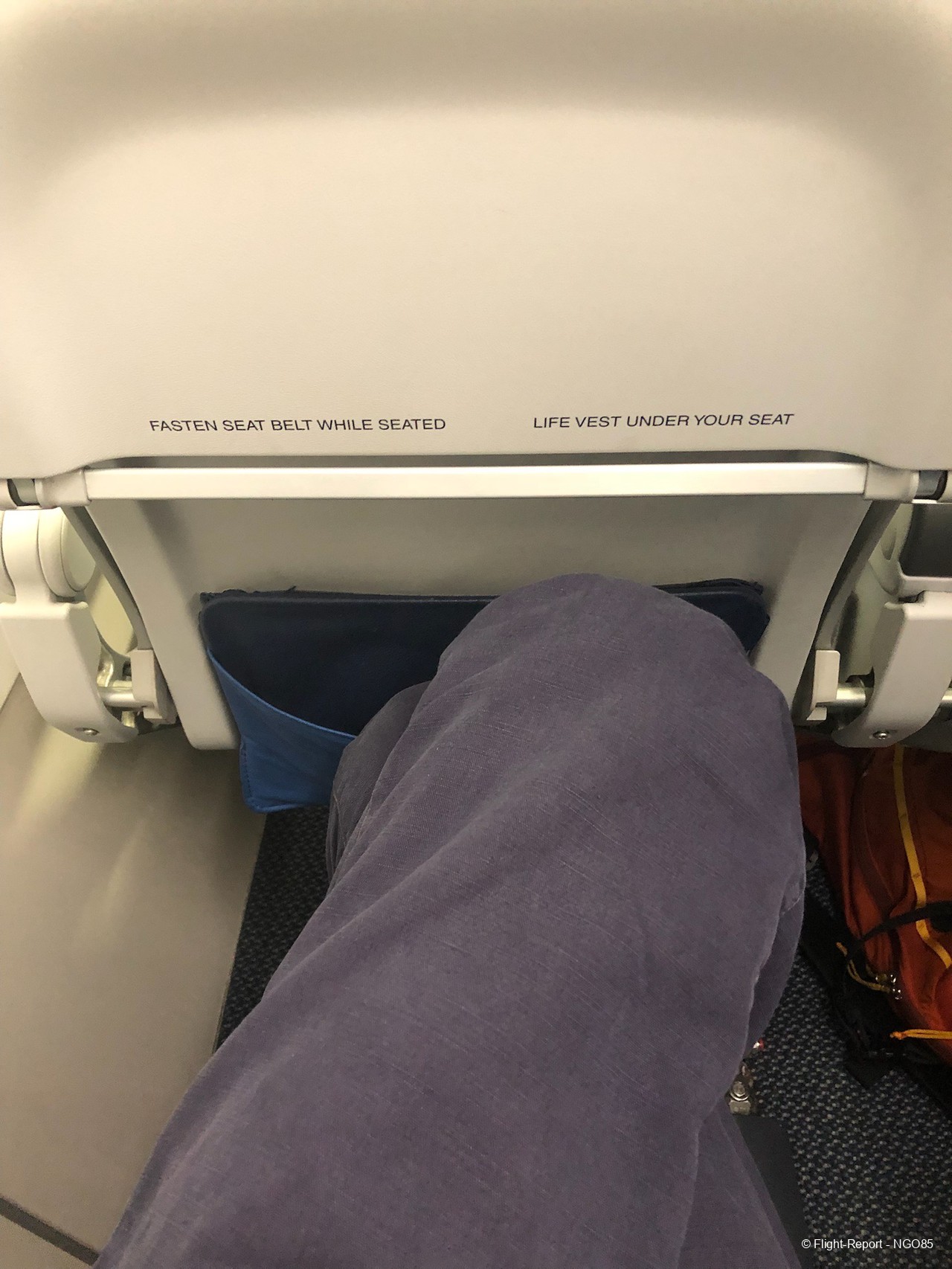 I dosed off during the taxi, but woke up as we were lifting up over Lake Zurich. 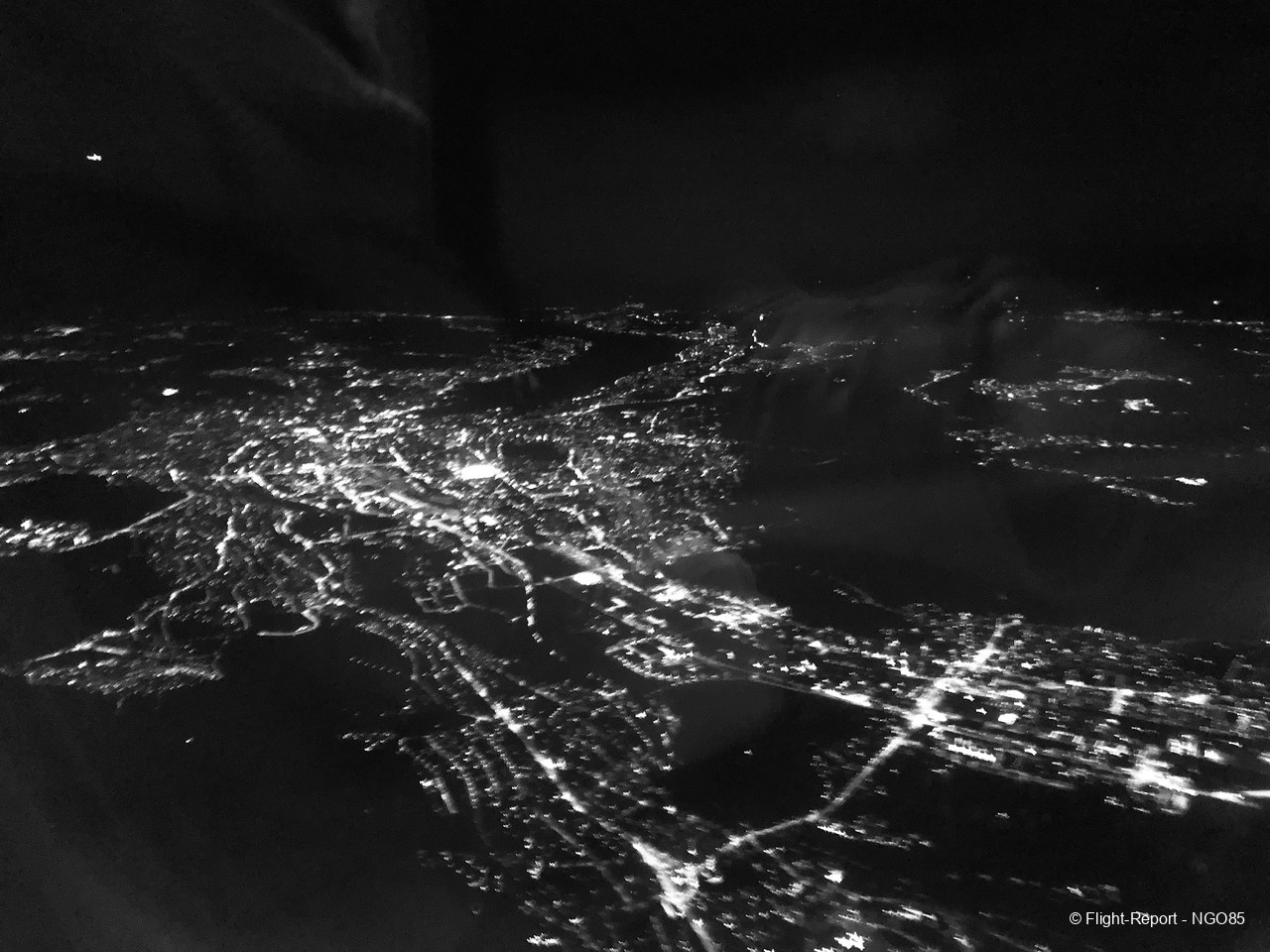 Service quickly started with the FA laying down this trio, which was followed by a drink service. The light snack was simple, fresh, and well presented. 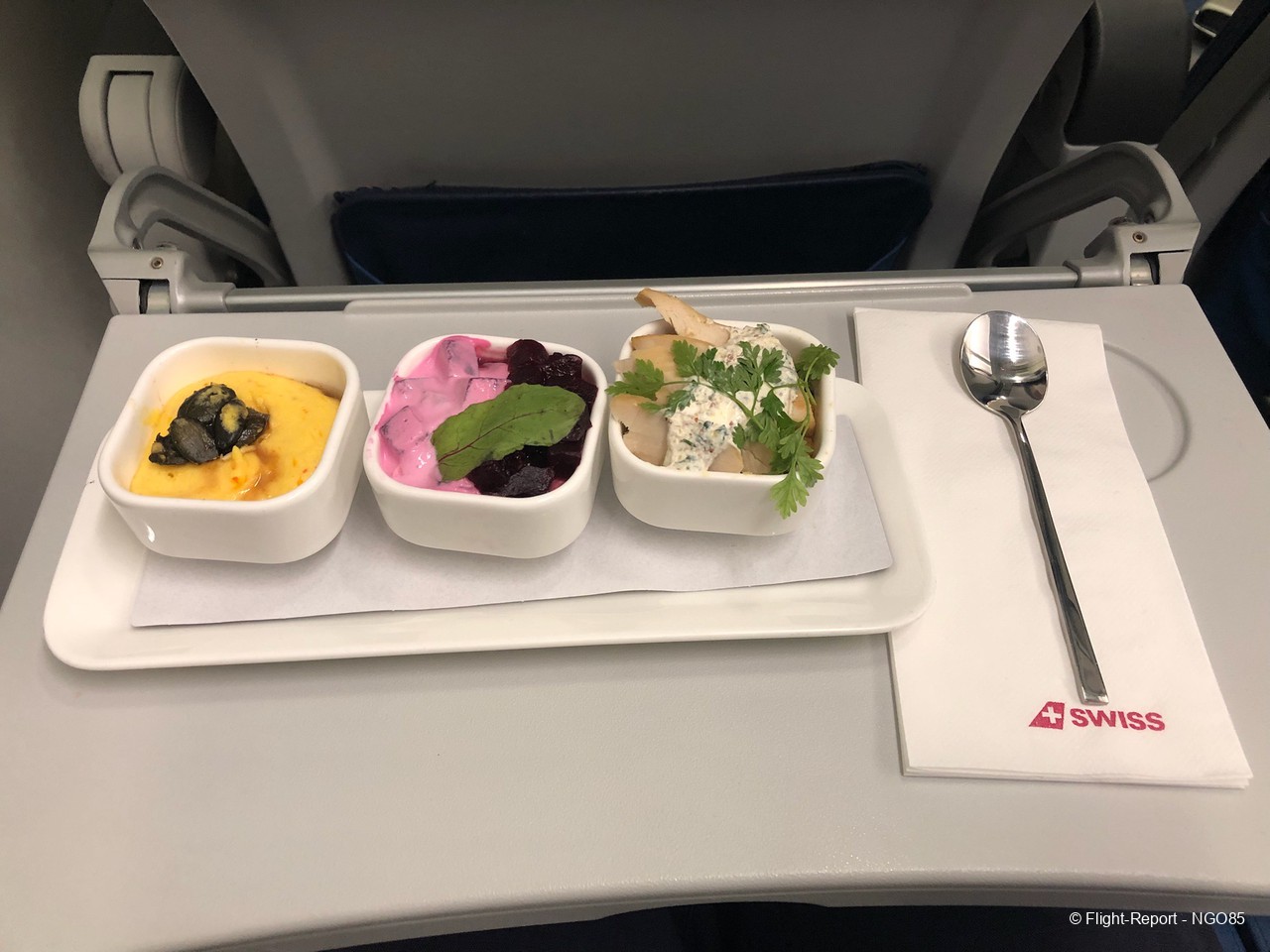 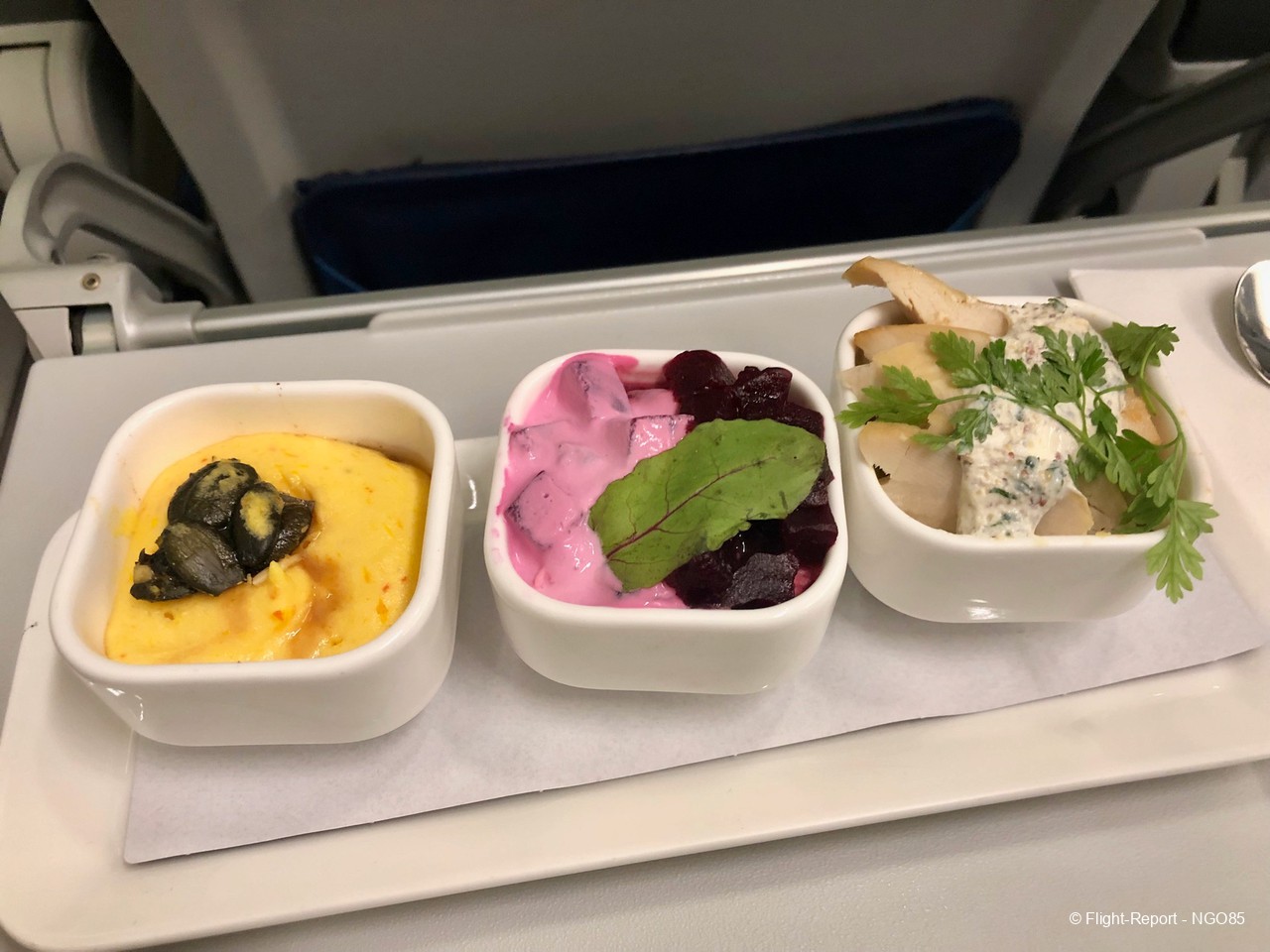 After the service was completed, we were already into our final descent into VCE. The FA came down the aisle thanked me for flying and offered the LX chocolates. 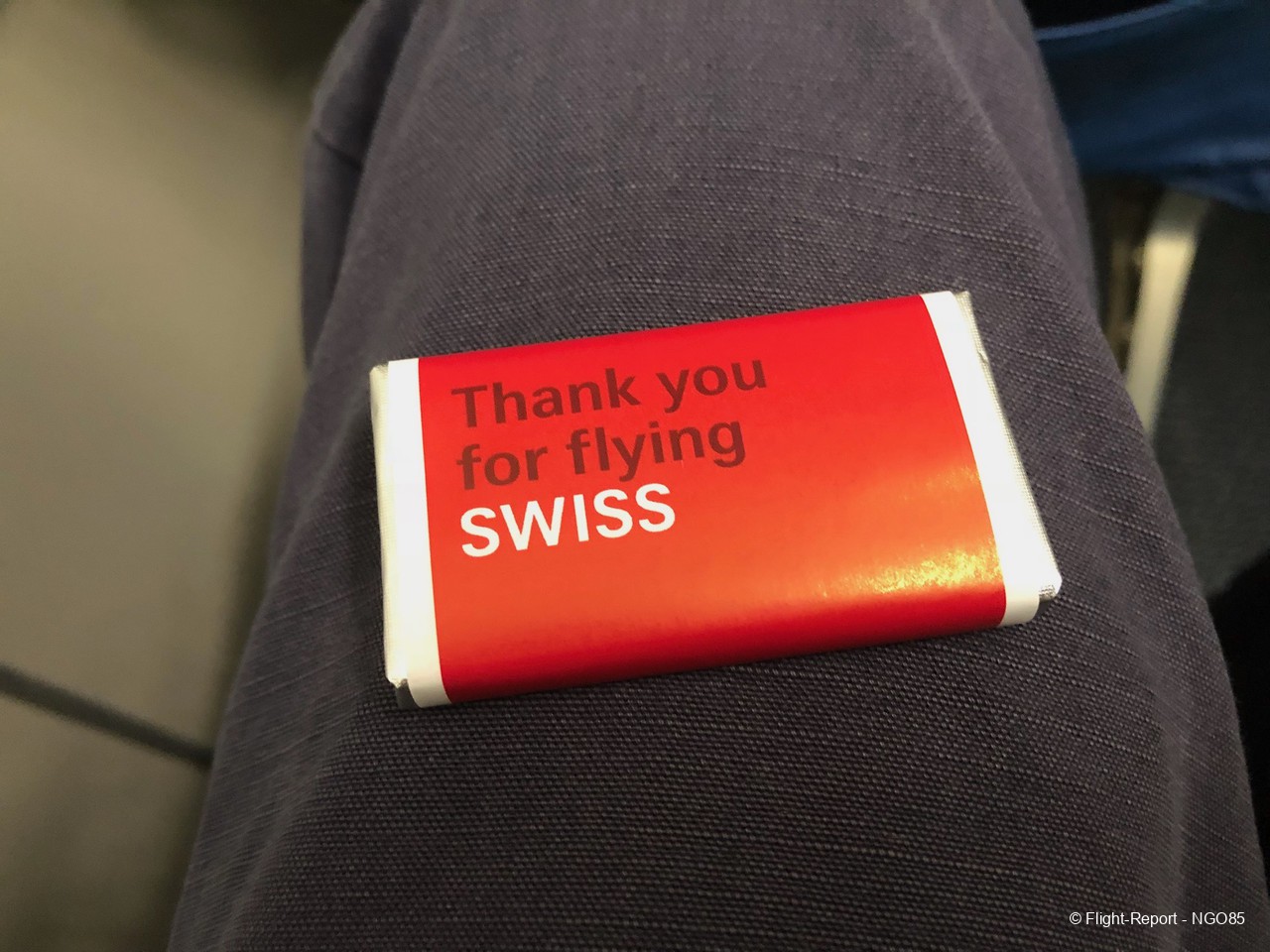 We landed smoothly into VCE and quickly taxied to our gate, in the winter there is less traffic into VCE so low probability of ending up at a remote stand. Deplaning was quick and the bags were on the carousel in less than 15 minutes. The rest of the J cabin was a group heading back to Maranello, not sure why they don't use BLQ. 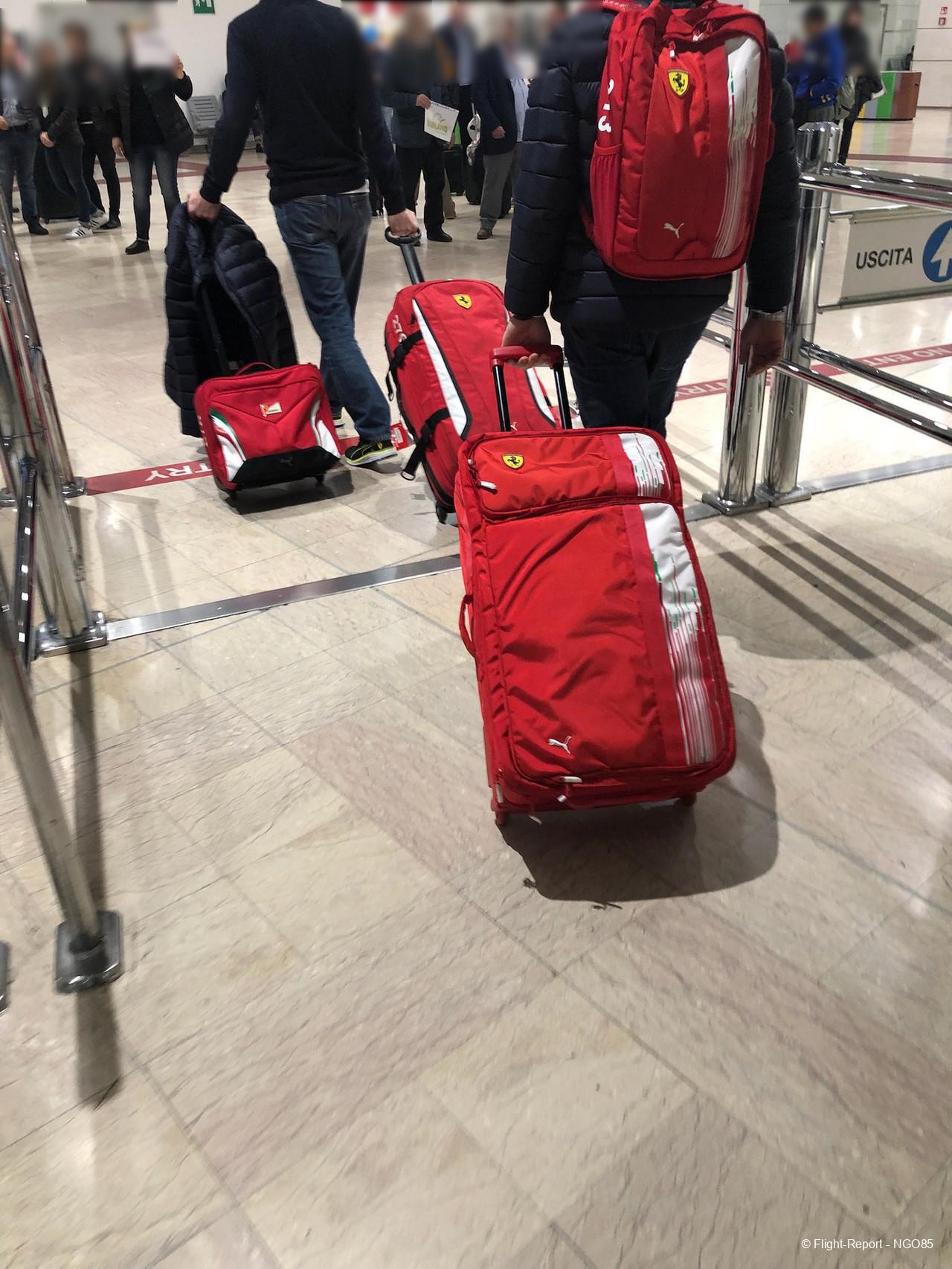 The rental cars are located on the top floor of the attached parking structure so I was on the A57 in about 30 minutes after touching down. I'll leave of this series here.

SWISS Senator Lounge A - A

A pretty standard affair for a short intra-European flight. Mediocre enough not to discourage me from picking LX long-haul.

Cabin: Standard Y seat, but at least the older Recaro seats are better than the newer slimline seats. Less seat pitch than LX A320s?
Crew: Polite, attentive, and professional.
Catering: A simple cold dish with good taste and presentation, very average for this length of flight (I give +1 for the quality).
Entertainment: Only seat back literature, no overhead screens with route map.

The contributors of Flight-Report published 3 reviews of 2 airlines on the route Zurich (ZRH) → Venice (VCE).

The airline with the best average rating is Edelweiss Air with 7.9/10.