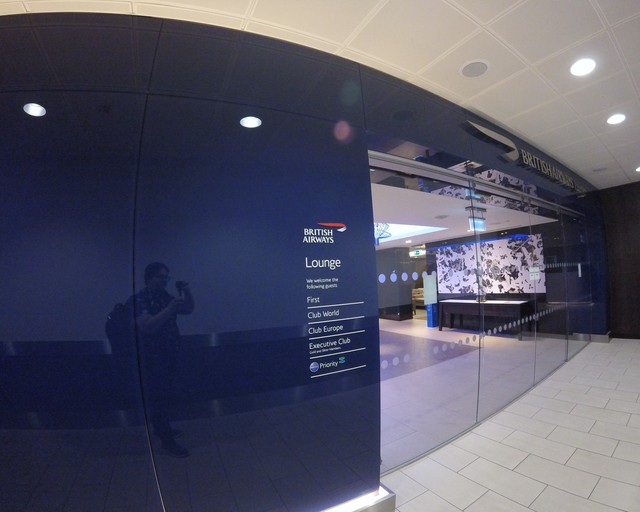 For a change and the first time in almost 4 years, I'm flying British Airways from London Gatwick. 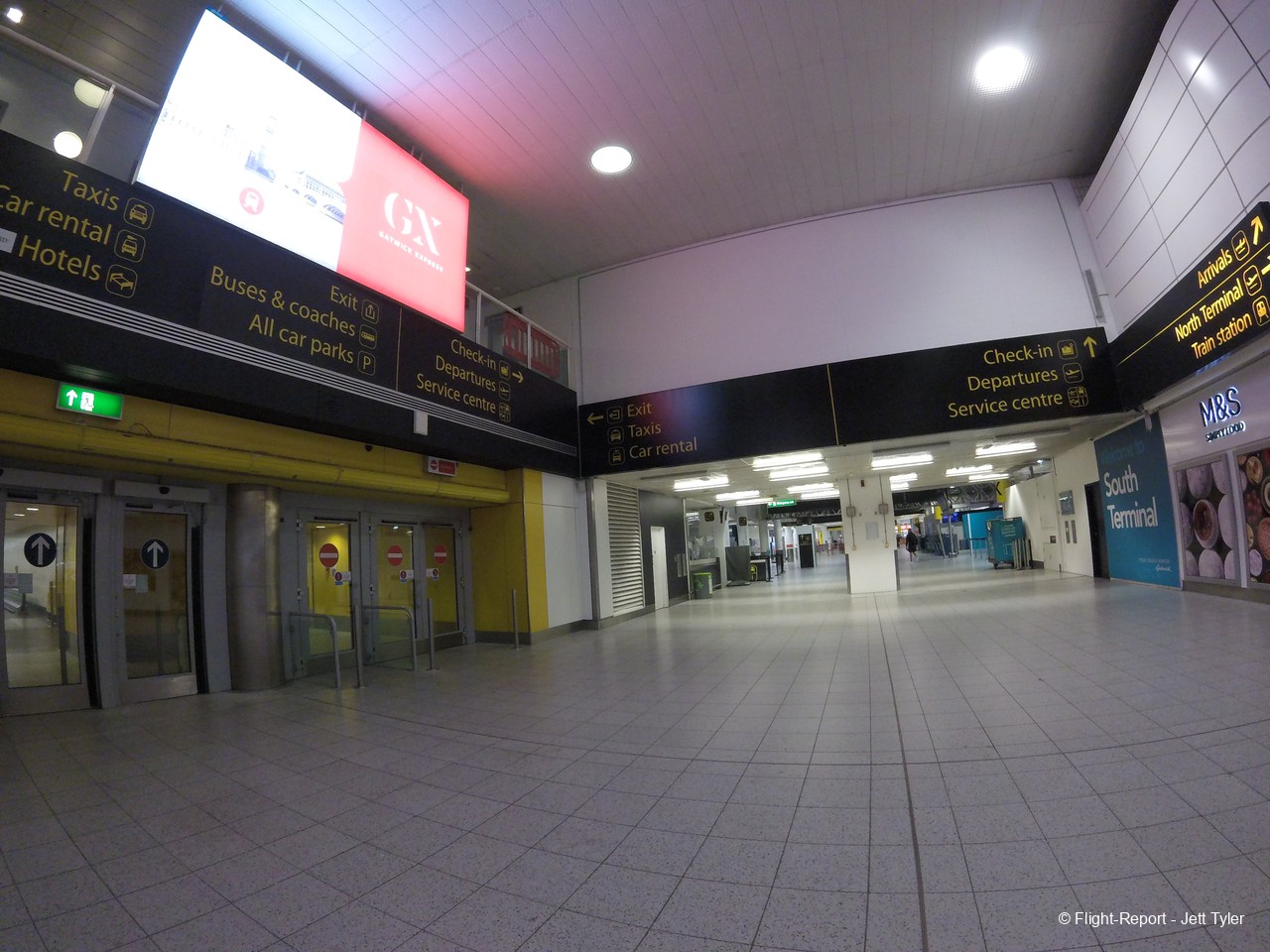 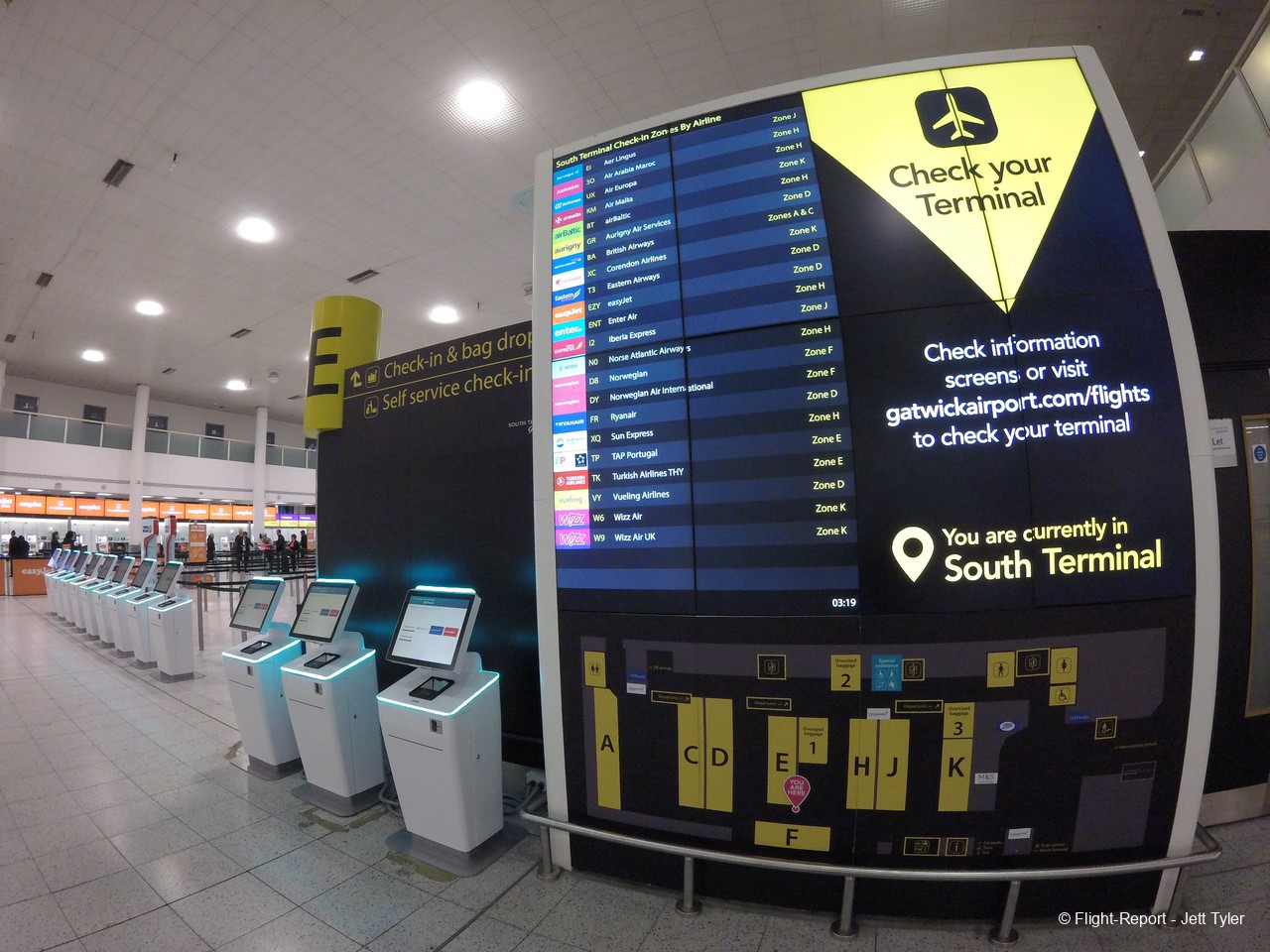 British Airways have a large dedicated area for check in at London Gatwick's South Terminal, including a fancy area decorated up for their premium status holders and Club Europe, Club World & First Class customers. As a OneWorld Sapphire holder at the time of this trip, I opted to use it to grab a proper boarding pass. As it was coming up to 04:15am, I opted to go take a seat on some unoccupied bench seats by the check in. They were comfortable and offered power outlets to charge up my phone after a long journey to Gatwick Airport from Bournemouth on the coaches. 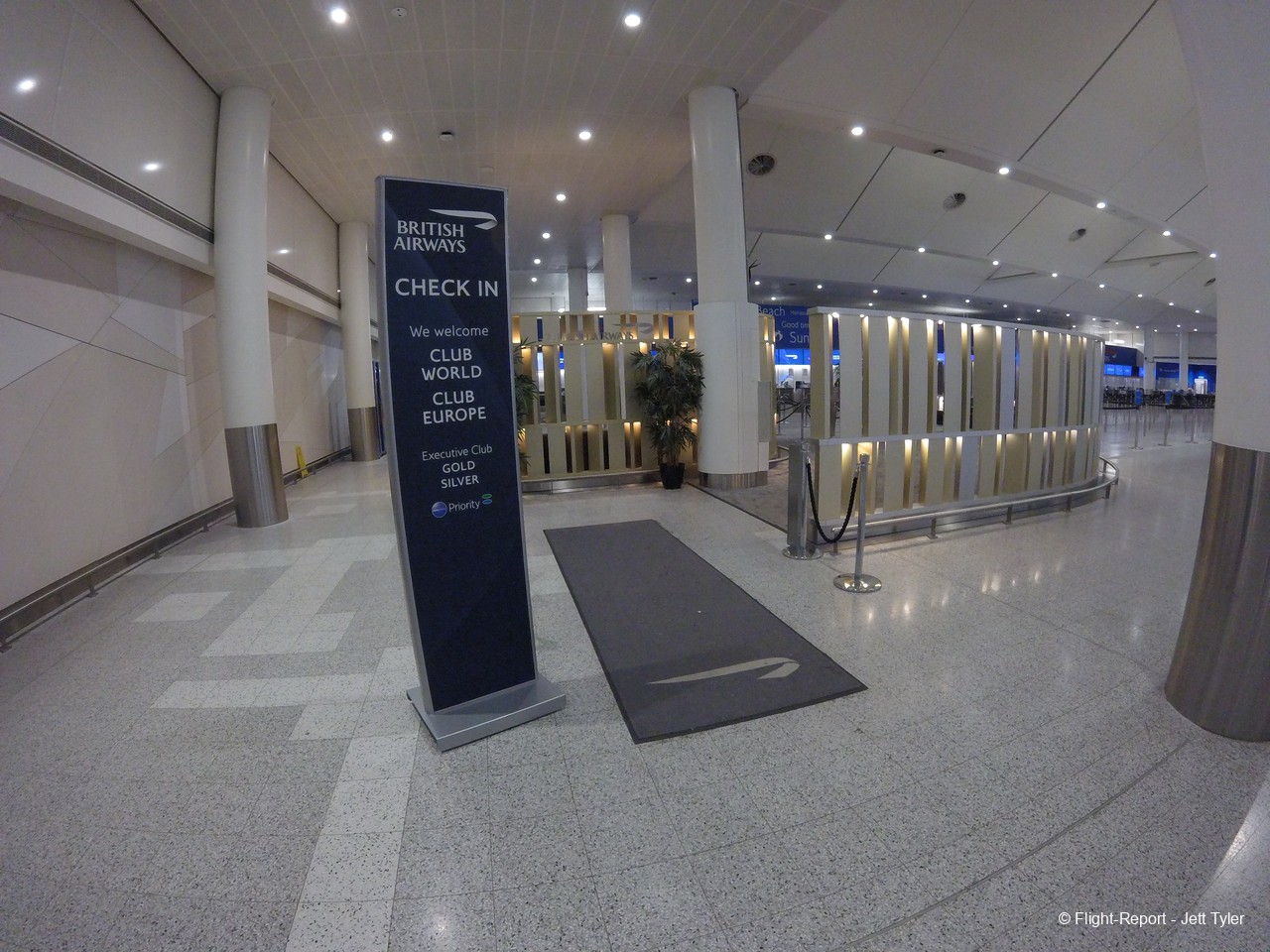 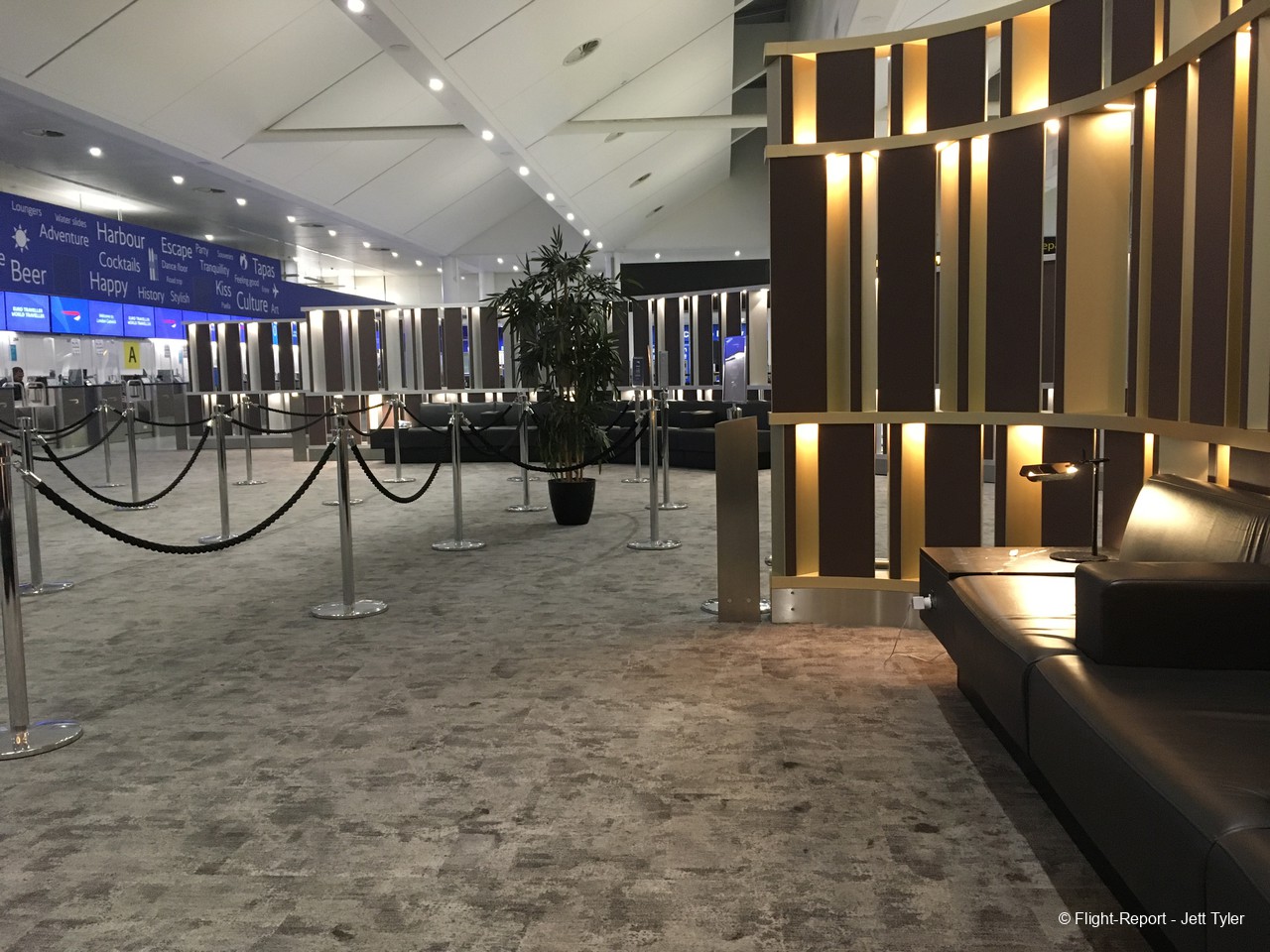 I went for security about 04:30am, and it was so early and quiet that the Priority Lane was still closed off from the previous evening. I used the main security facility and was through in about 5-10 minutes. Effortless! 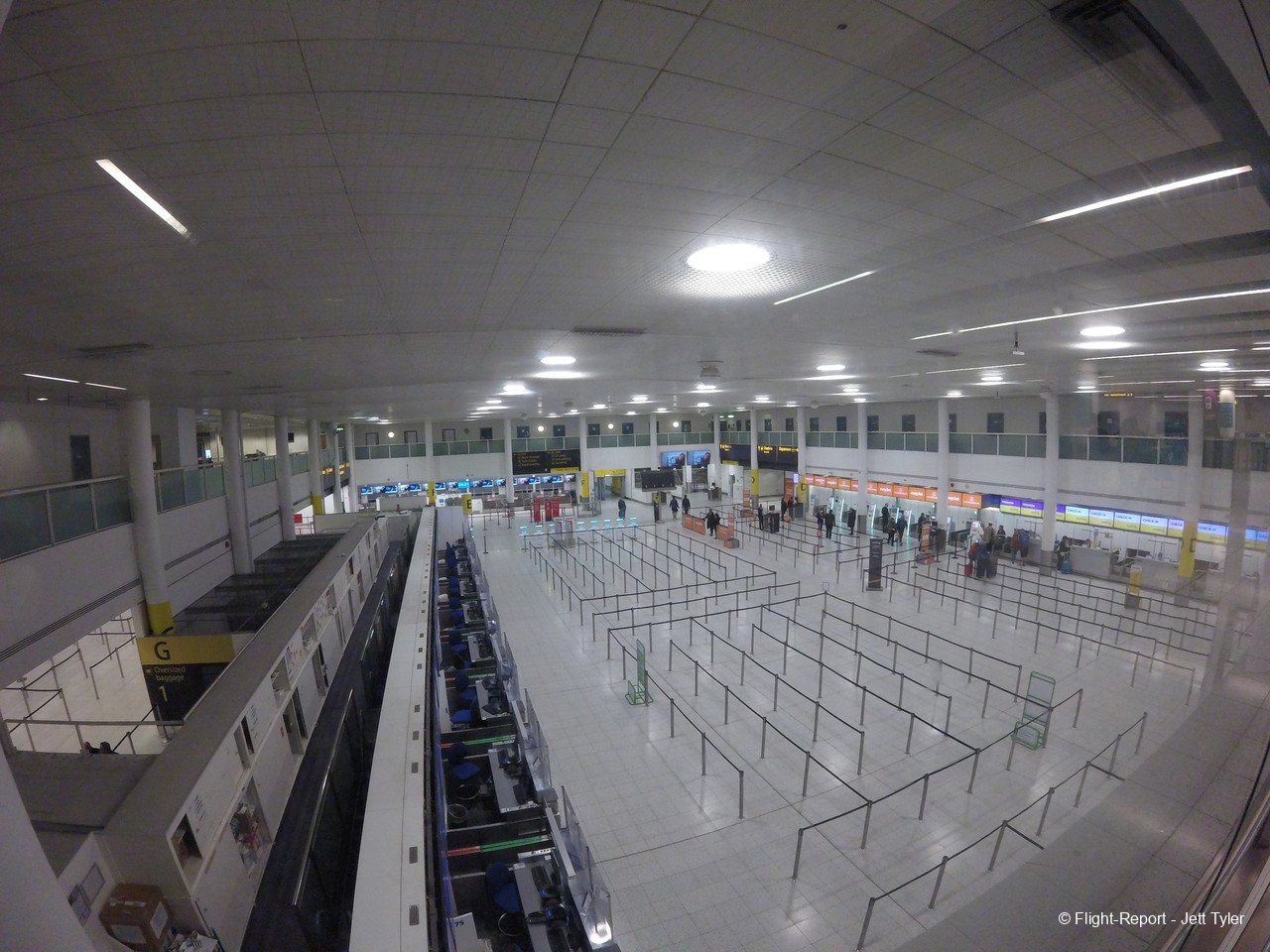 I went over to the Lounges and made my way to the BA Lounge (apparently its not a Galleries Lounge like LHR) and I found myself waiting about 15 minutes for it to open at 5am, I had made better time than I had initially thought, which was nice!

Despite it being 04:40am, I didn't think I'd expect London Gatwick to be this quiet given how many early flights were due out that morning! 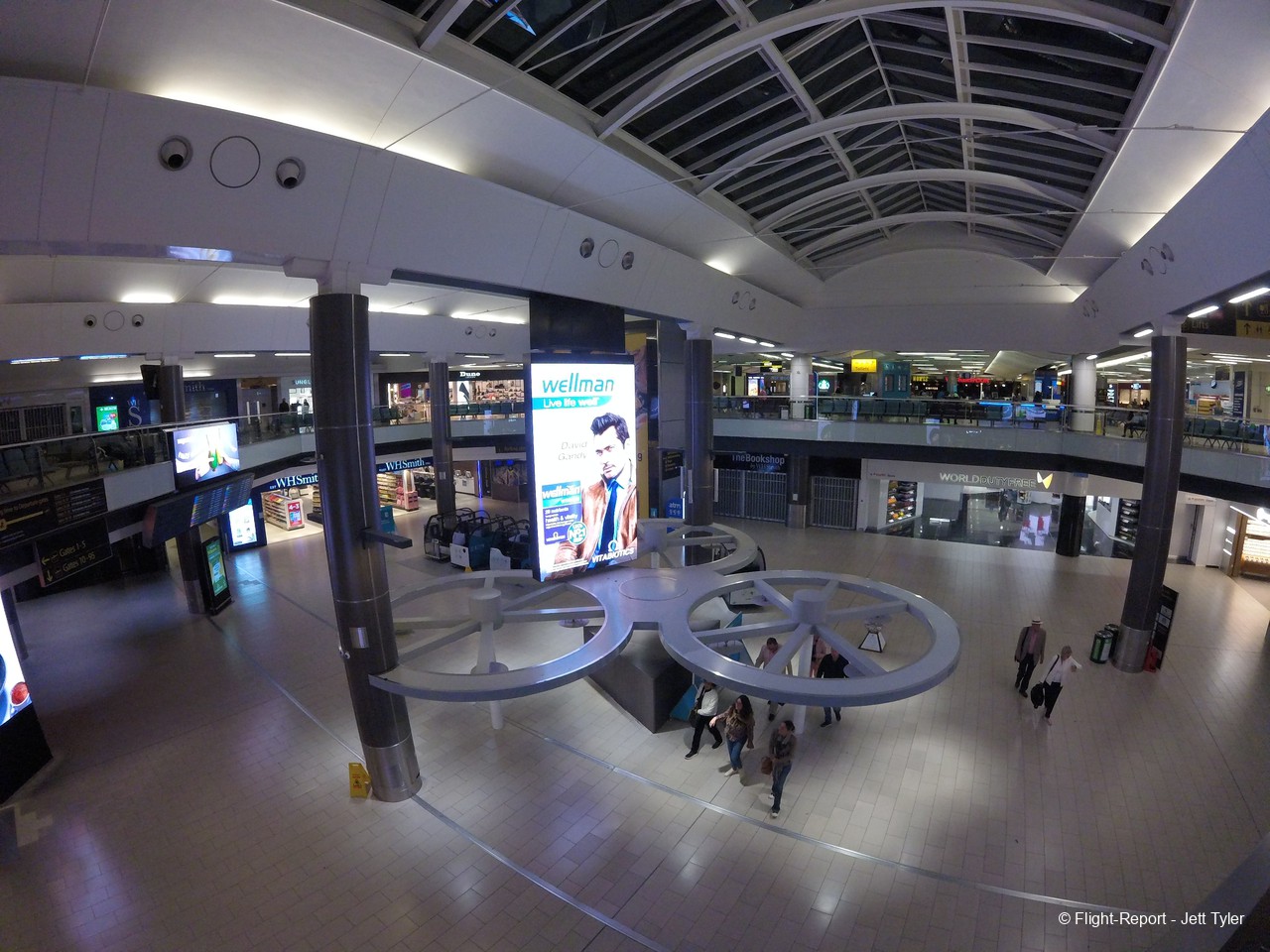 I found myself being the second person to enter the Lounge that morning which was amazing as I could look about the lounge to find a seat with a decent view of the Airport. It didn't take long to find somewhere overlooking one of the South Terminal Piers as well as not being far from the food space, so I was able to put my bag down and go fetch some breakfast. 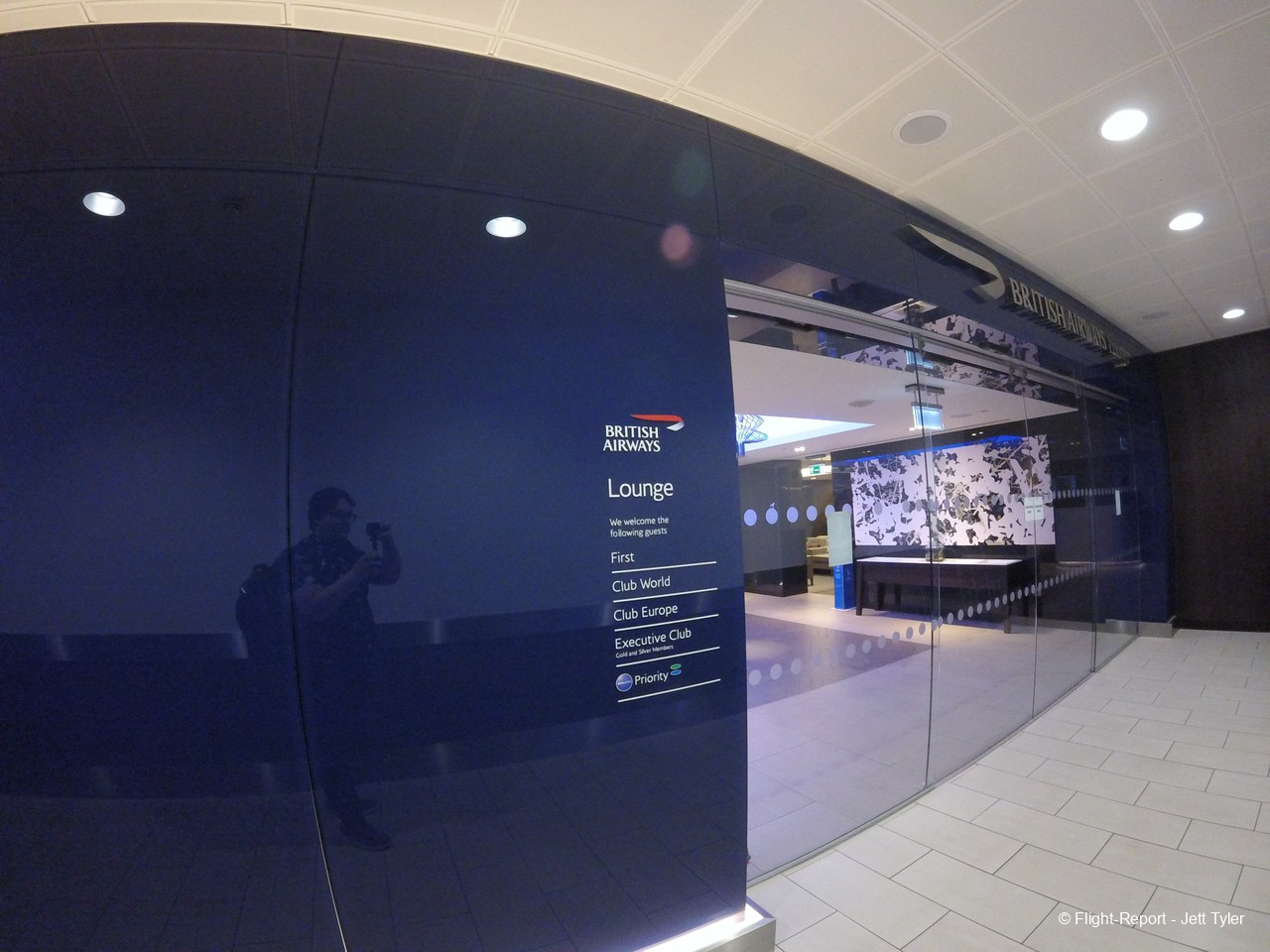 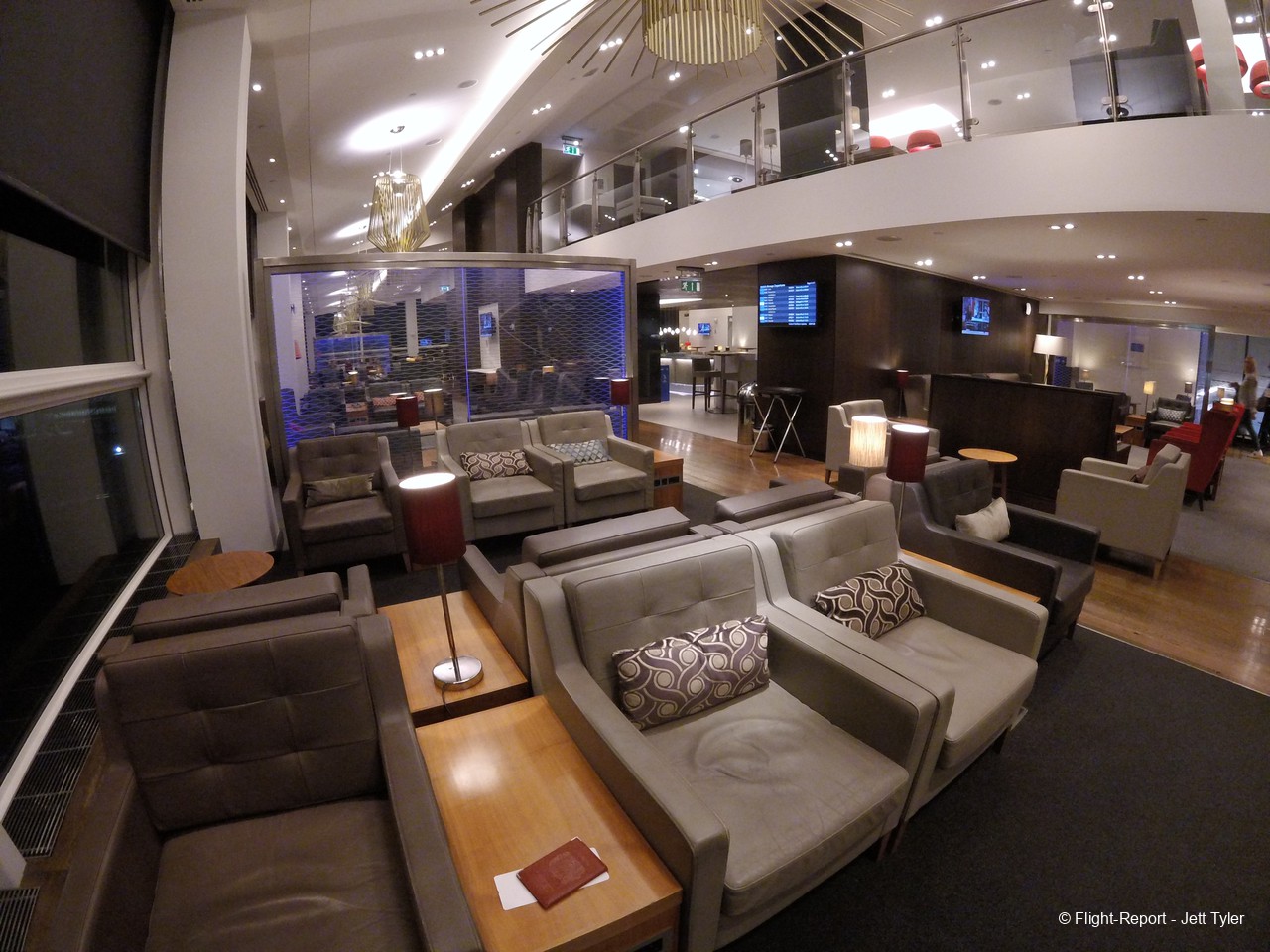 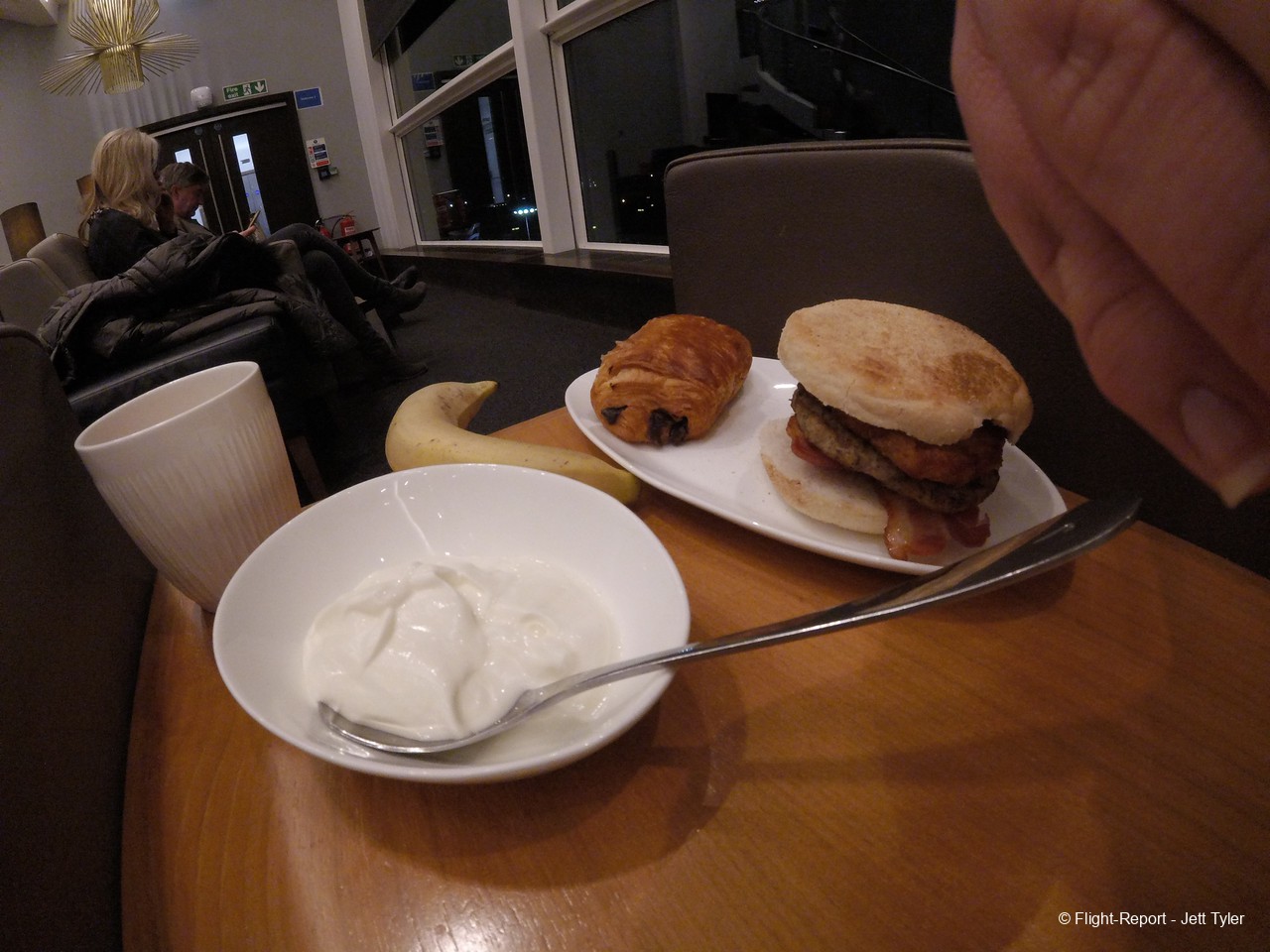 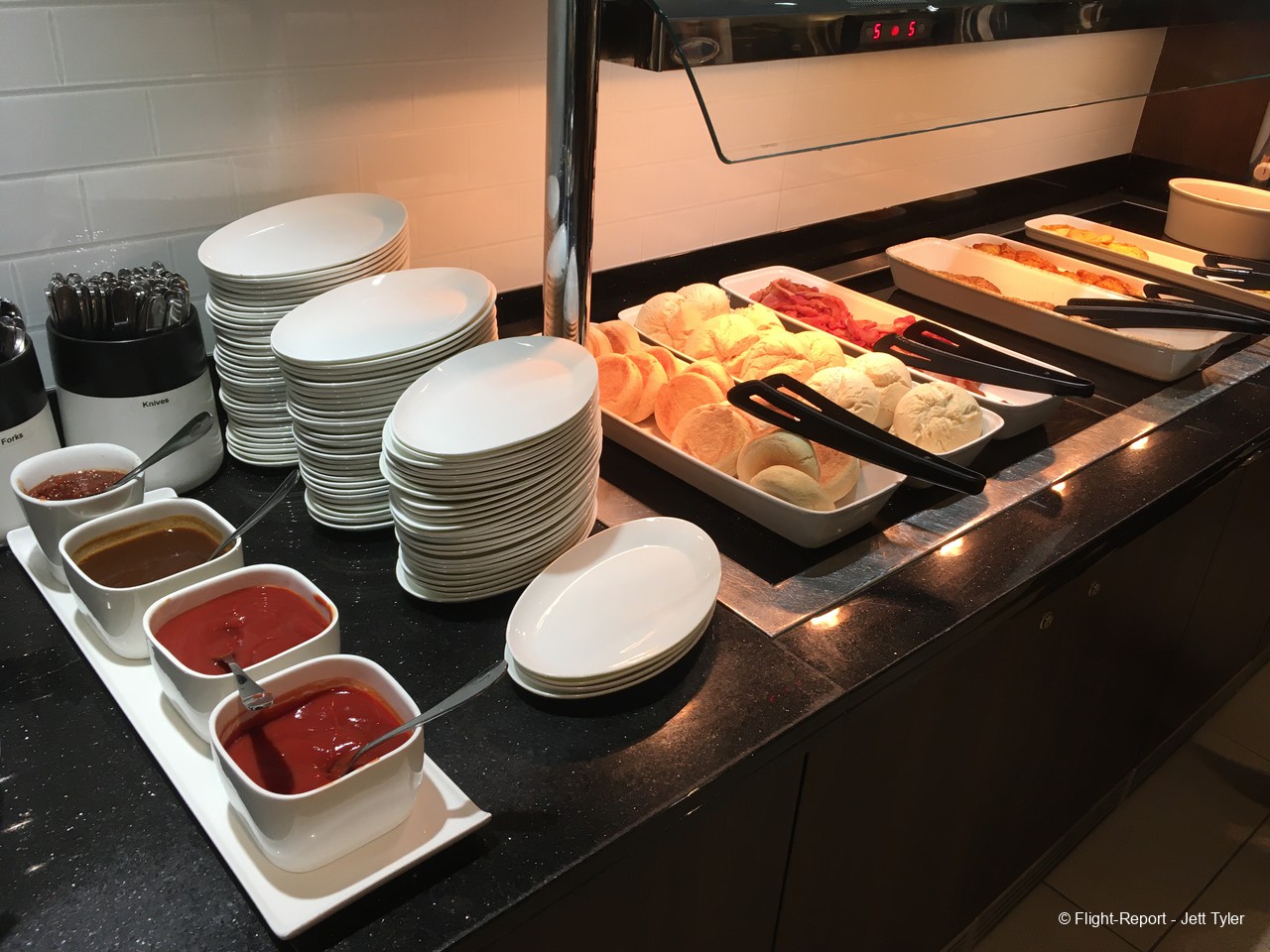 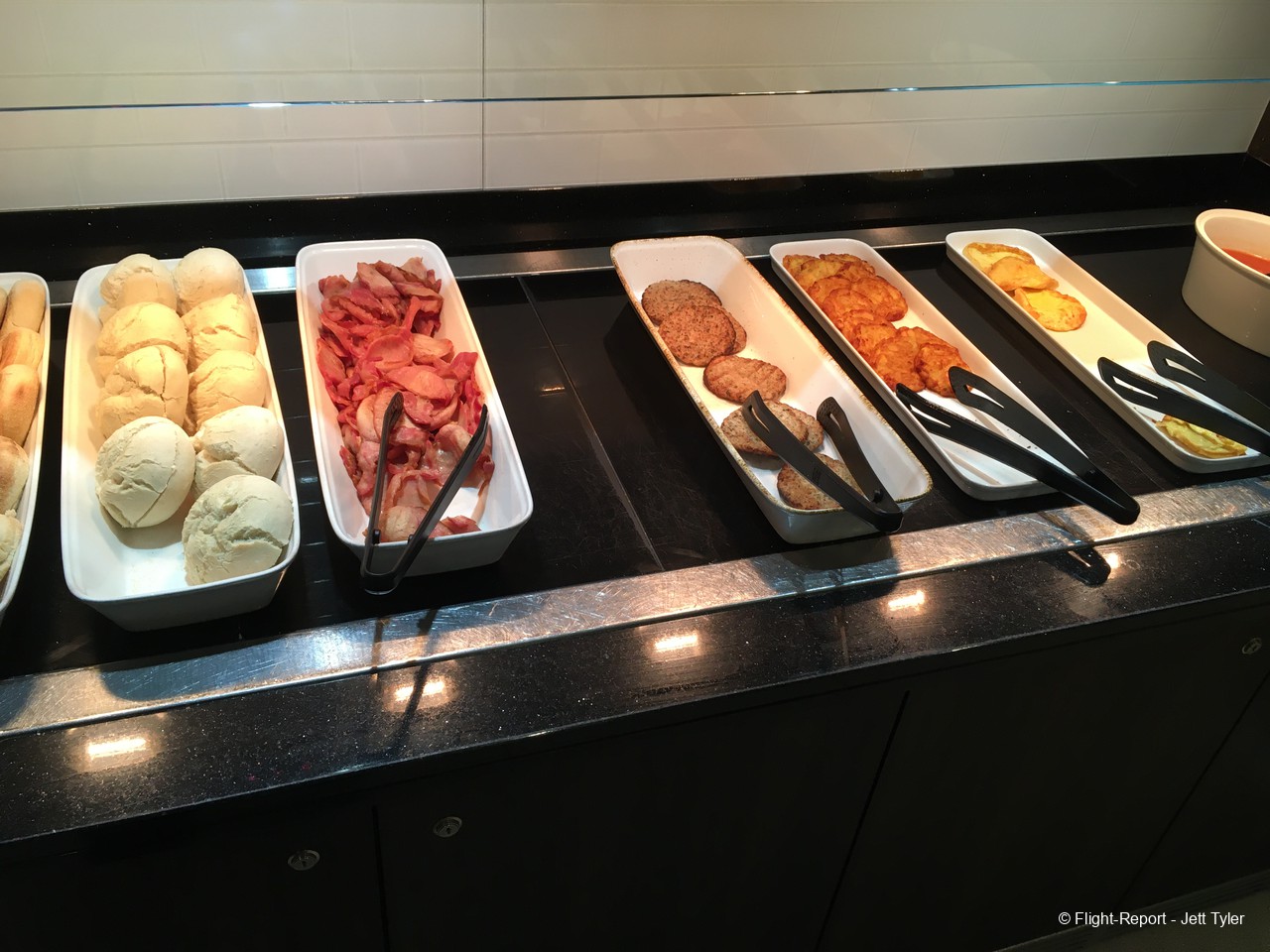 As for the view of the Airport… 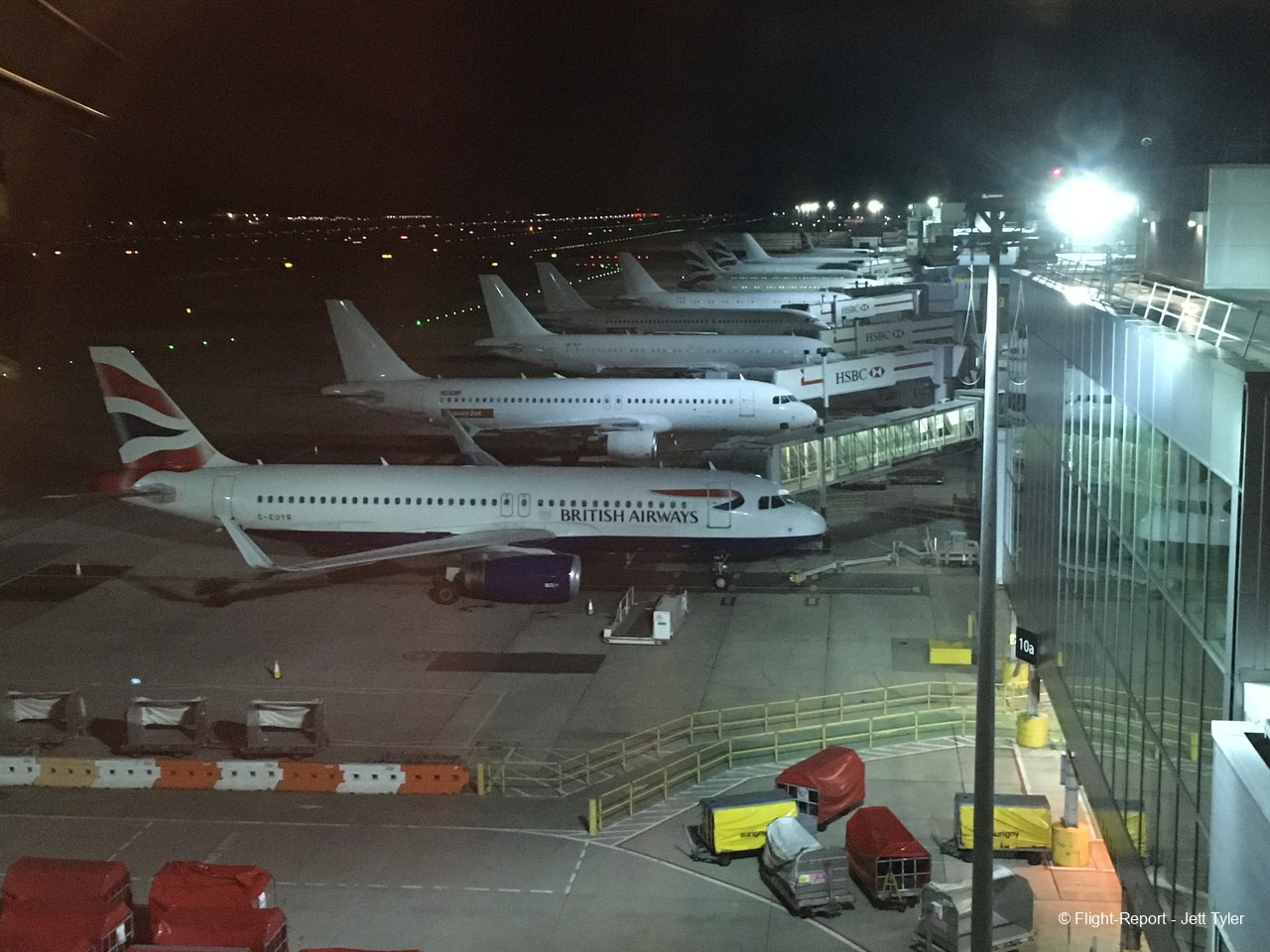 After two hours sat in the same area, I moved over to the end of the lounge and found some comfortable seats in order to grab an hour or so of power napping. I set an alarm on my phone as to not sleep to long and miss my flight. That would have been a dumb thing to do! 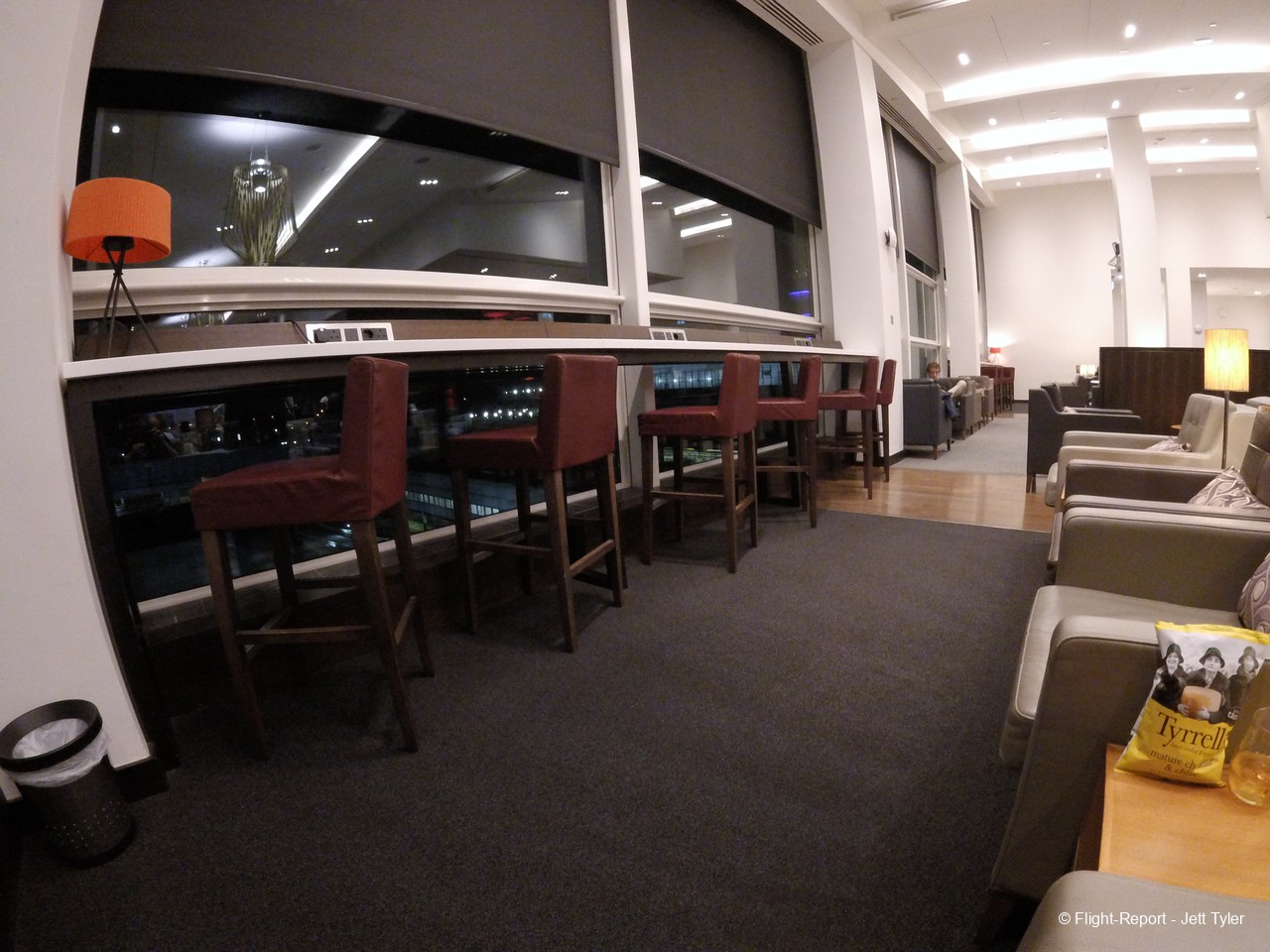 I also took the opportunity to grab a cheeky Whiskey and packet of crisps. I enjoyed them before I fell asleep. Waking up I went over to grab a quick herbal tea and orange juice before I left the lounge for my flight. As I was leaving, I noticed I'd missed the shower facility, so that's something I'll have to remember if I fly out of LGW again whilst holding my Sapphire status- fingers crossed! 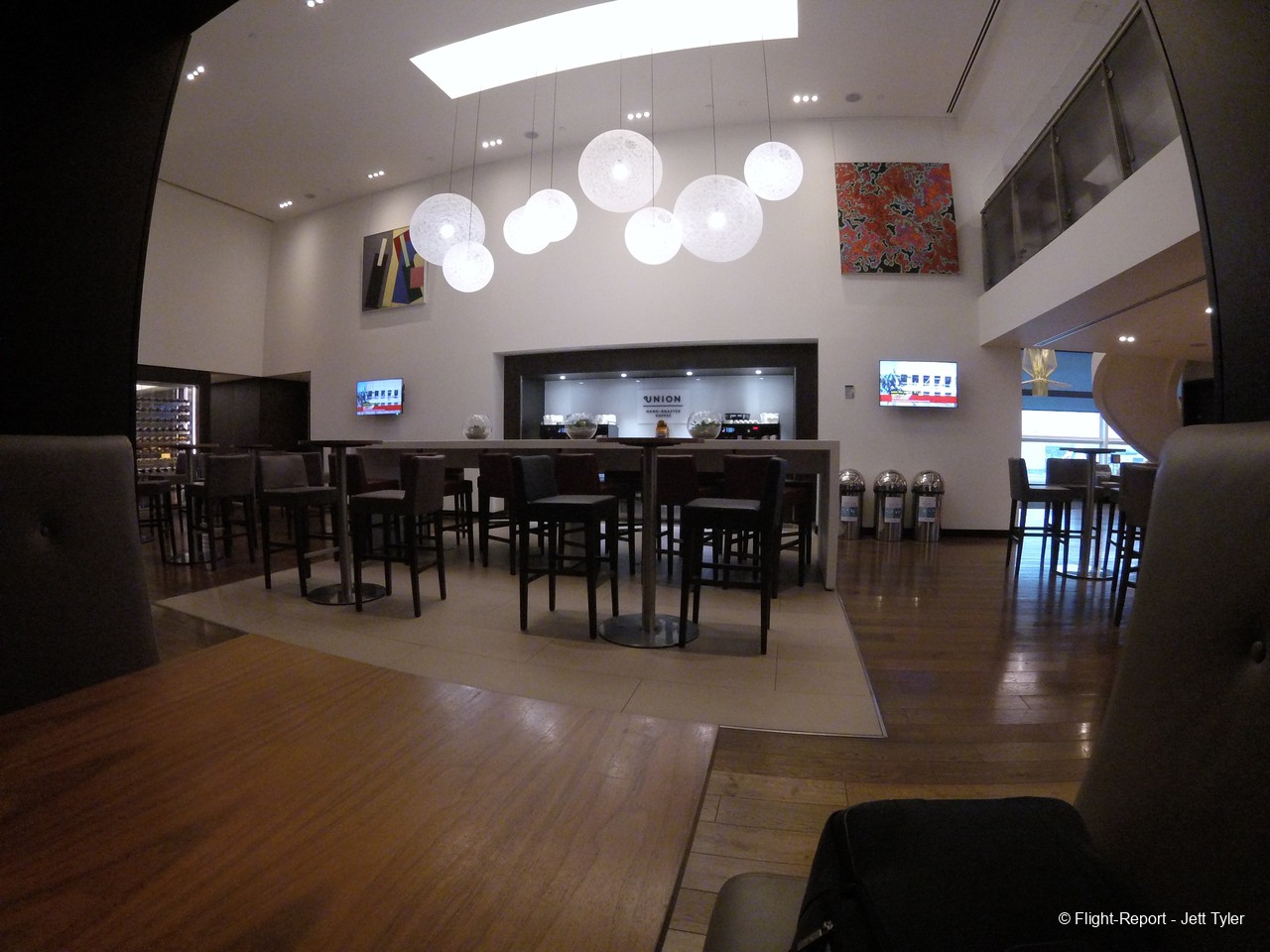 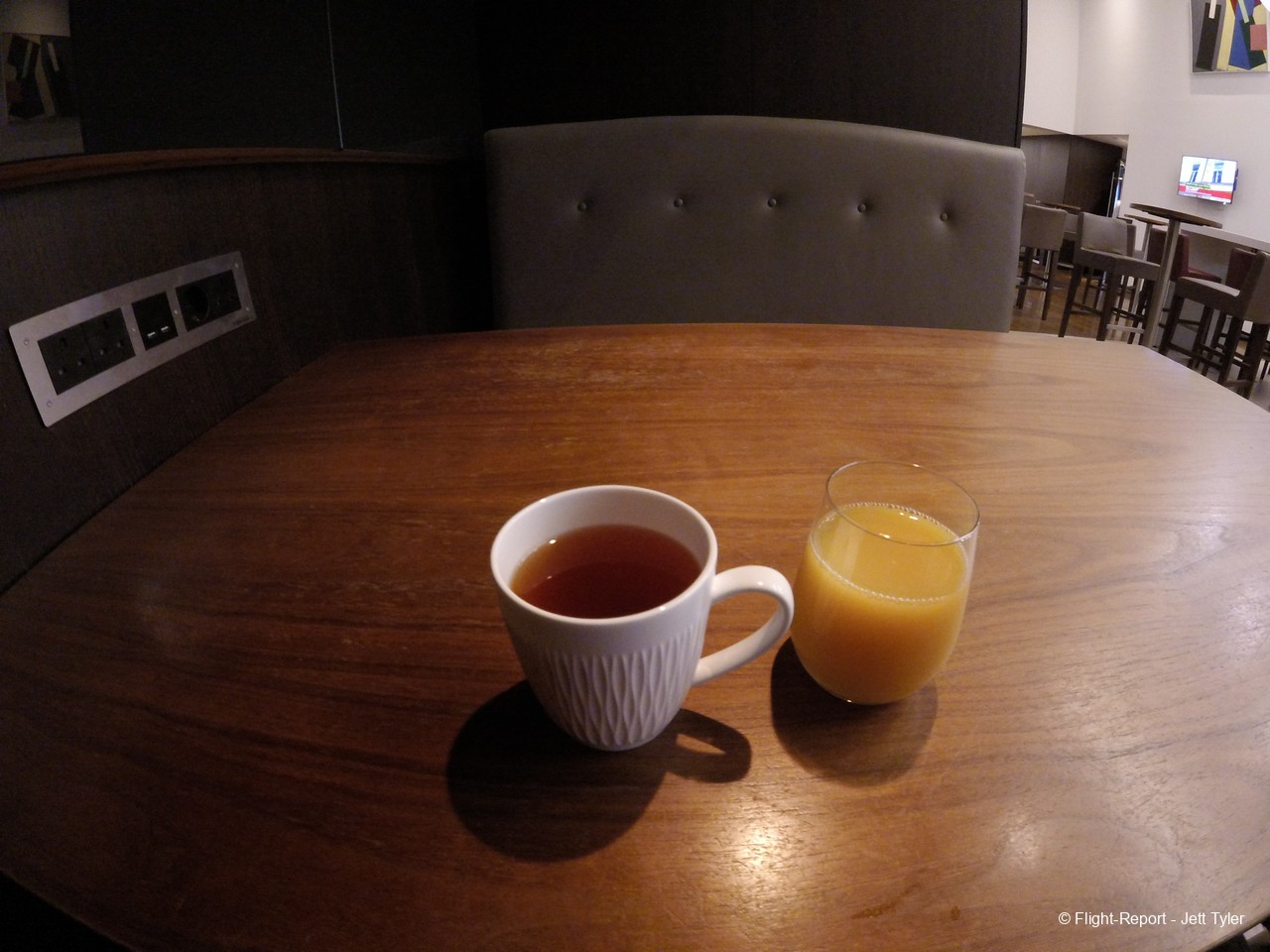 I quite liked the London Gatwick lounge, all though I expect it can be much busier at times, however I found it quite well maintained and offered a good selection. I would rank it quite highly behind the BA lounges at LHR T5.

Despite a good 4 hour stay here, I had a flight to catch! 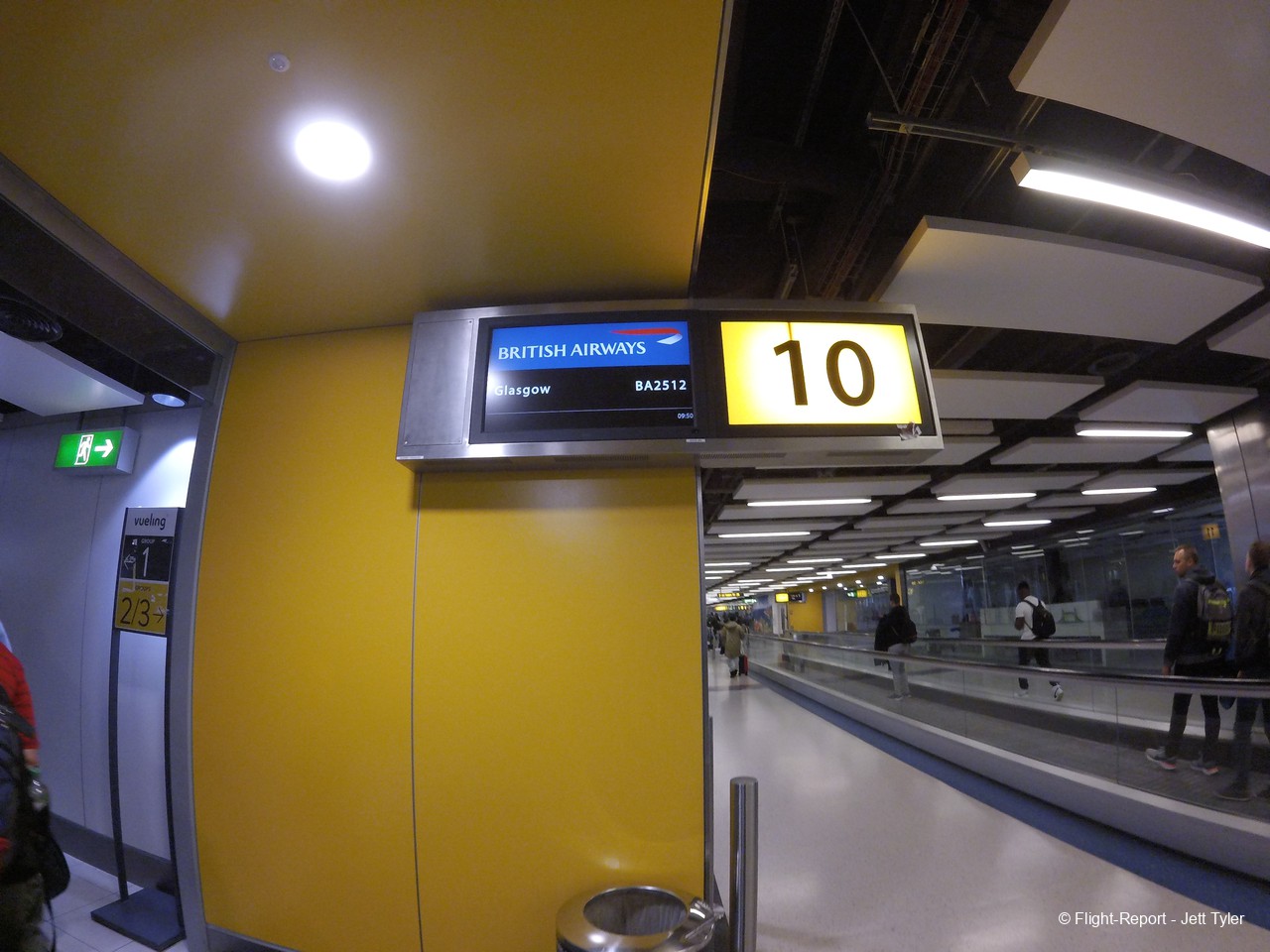 Today's flight would see us on Airbus A320, G-EUYW, delivered new to BA in June 2014 and has flown with the airline since. The aircraft was delivered with the standard A320 wing fence- but this was among a small fleet of Airbus A320-ceo in the BA fleet to see the upgrade to Sharklet devices, which were added around early 2015.

Boarding on the early side as part of Group 2 (basically OneWorld Sapphire members in Economy) I took my seat in Seat 21A, which gave me a look at the wing from the rear as well as a good space to see the world go by bellow me. The seat was the standard for BA Short haul these days, however it should be noted BA no longer offers reading material on their flights, at least short haul. 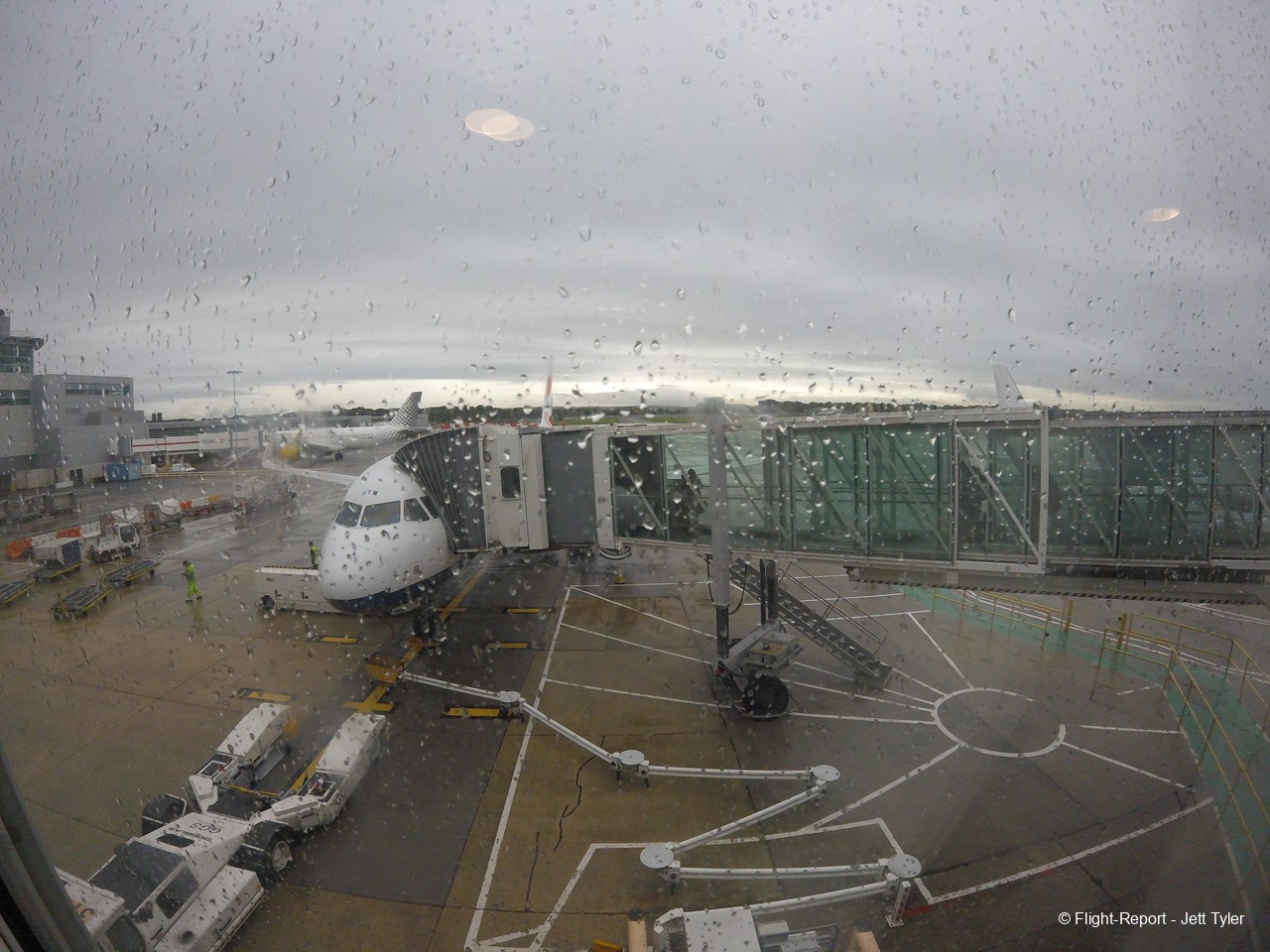 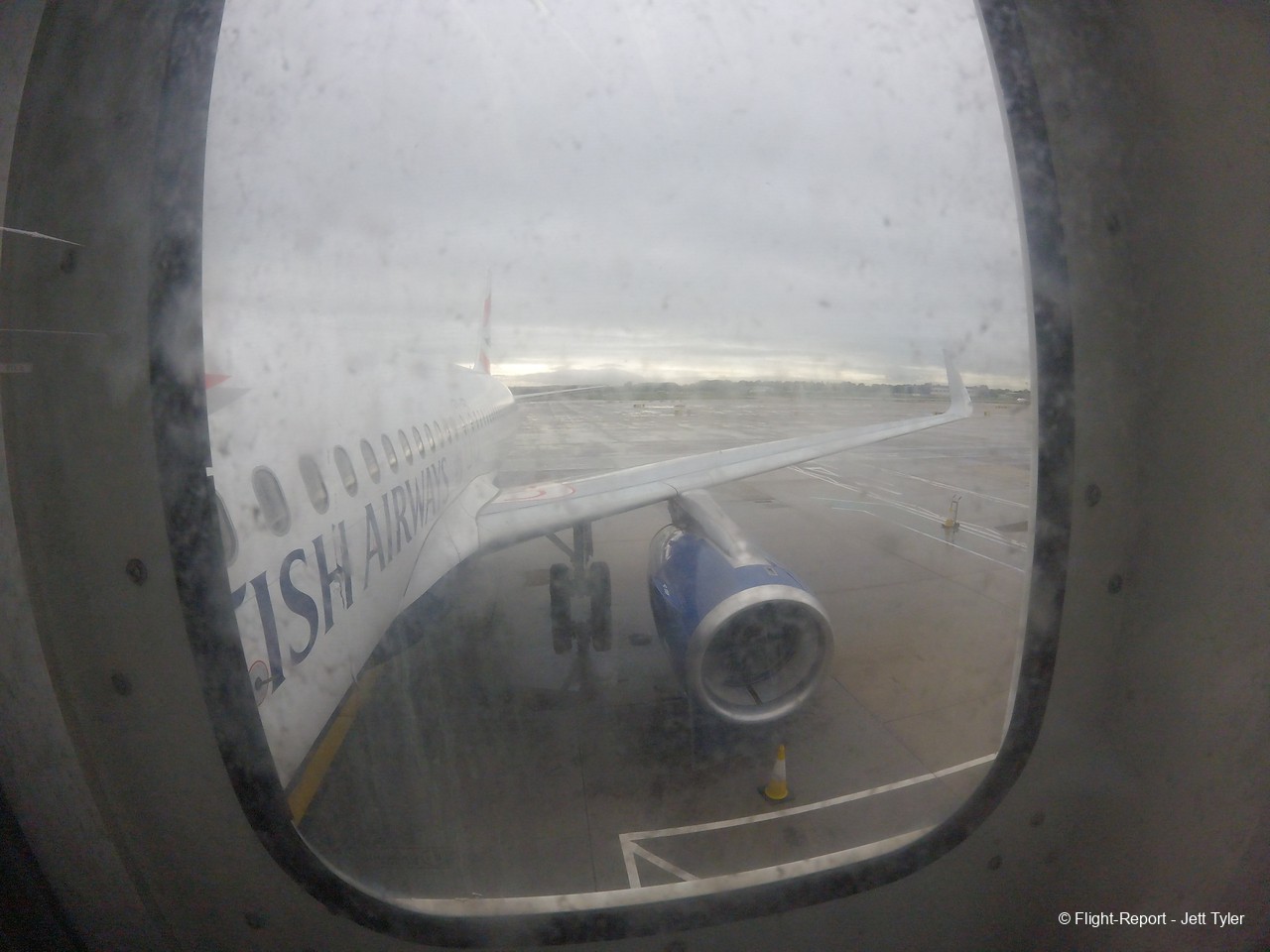 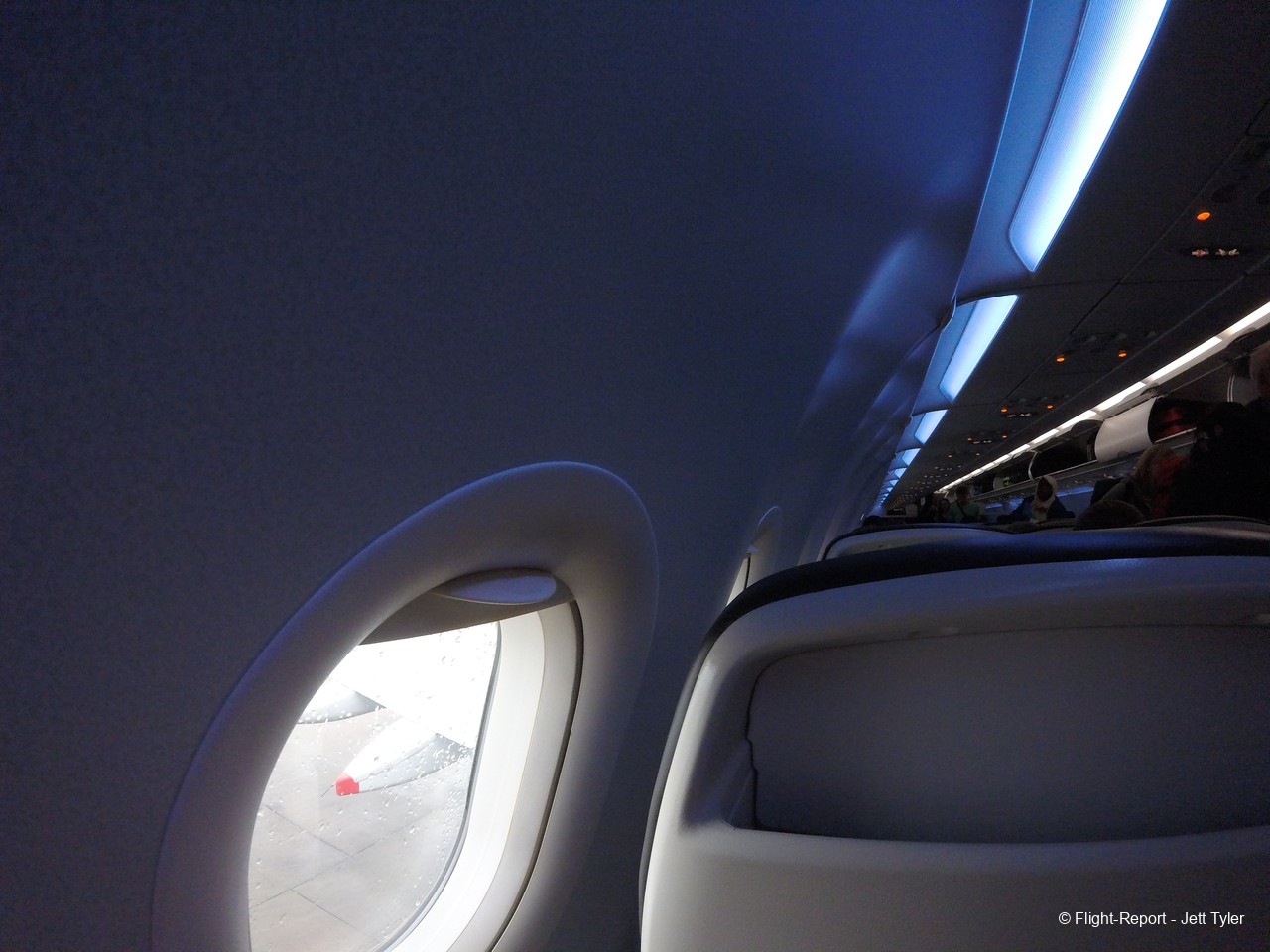 We pushed back on time and after a short taxi to Runway 28L, which was effectively behind our gate. We had to wait on a few planes to depart before us as well as an arrival before it was our turn to leave. We departed about 10 minutes after our scheduled departure time, but our flight to Glasgow would easily make up some of that time. 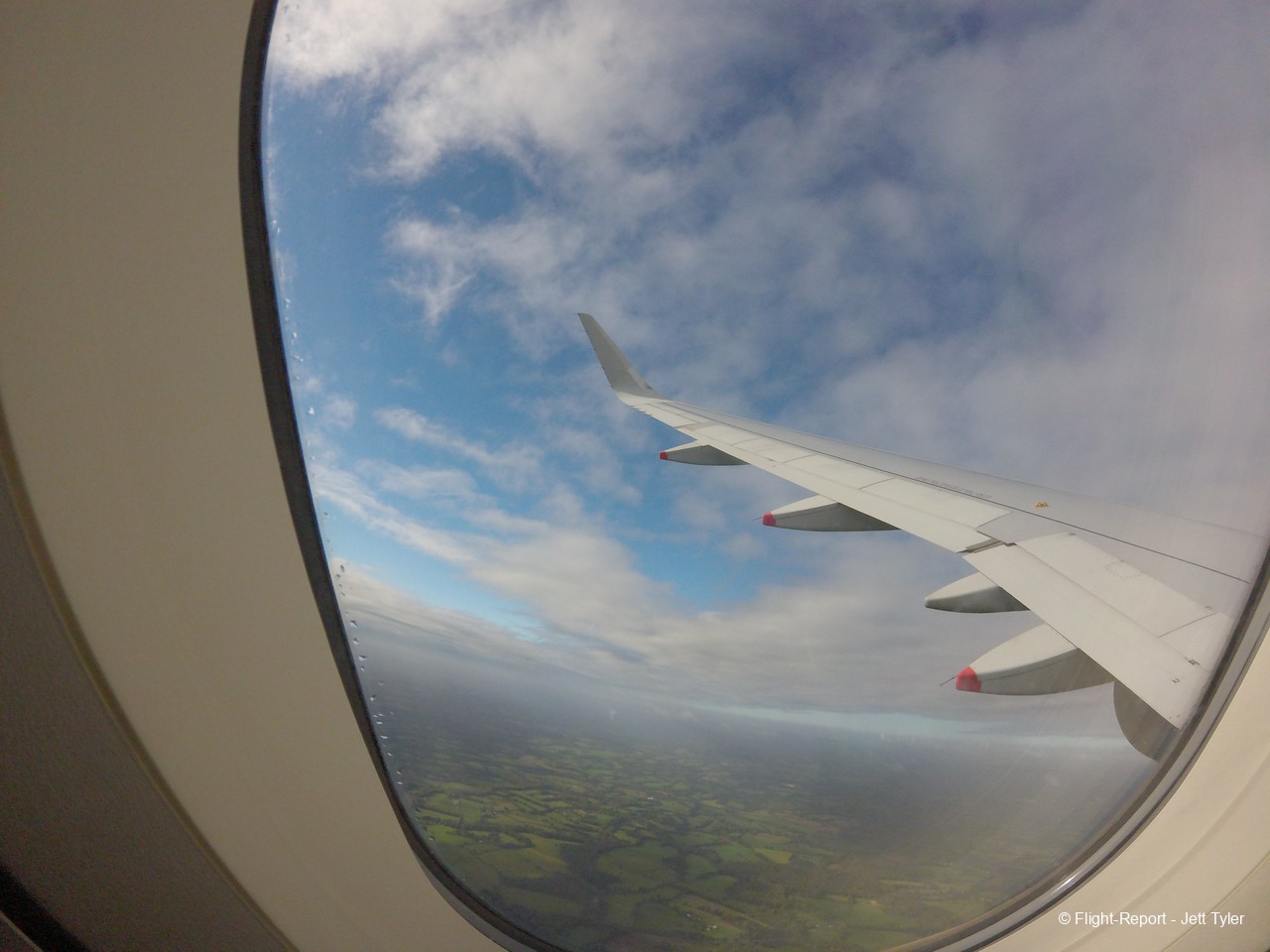 The usual Euro Traveller options of a bottled water and crisps were handed out to the passengers. I did pre-order on the Speedbird Cafe for an "Afternoon Tea" snack box. There was some trouble as the ground staff hadn't loaded the order, but the flight had one in their general stock regardless, I provided the email of my order to the crew to show I had paid already, so I got that box without needing an extra charge.

Anytime an online booking is required I know things can sometimes, on occasion, go wrong (which I've had before) and on both occasions the staff on these BA flights have handled it very well. 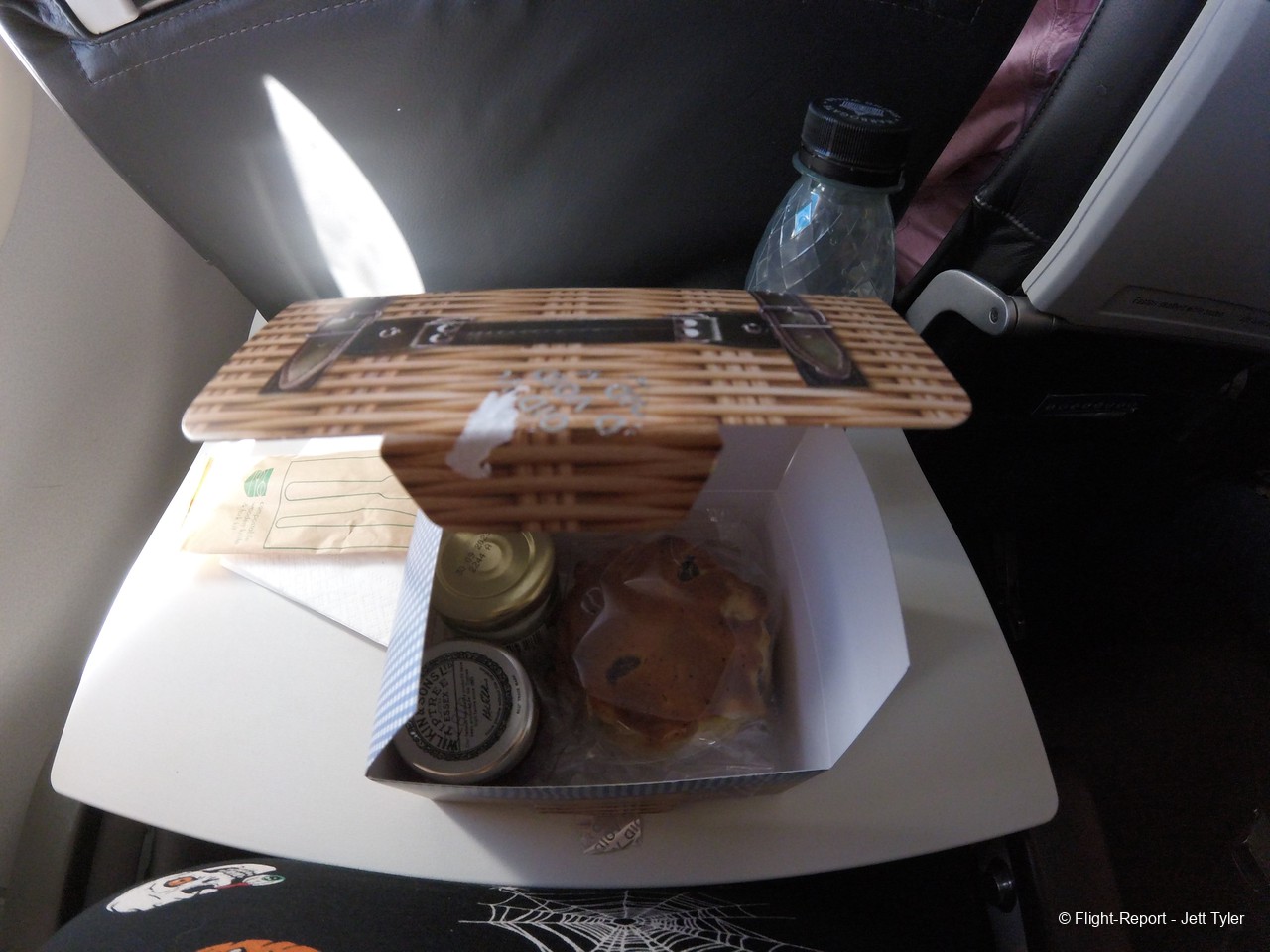 The flight did go through a small patch of air turbulence for about 10 minutes, but other than that it was a smooth flight across the UK. I spent most of the time charging my phone through a USB port at the bottom of the seat, which is offered on most BA Airbus A320s. 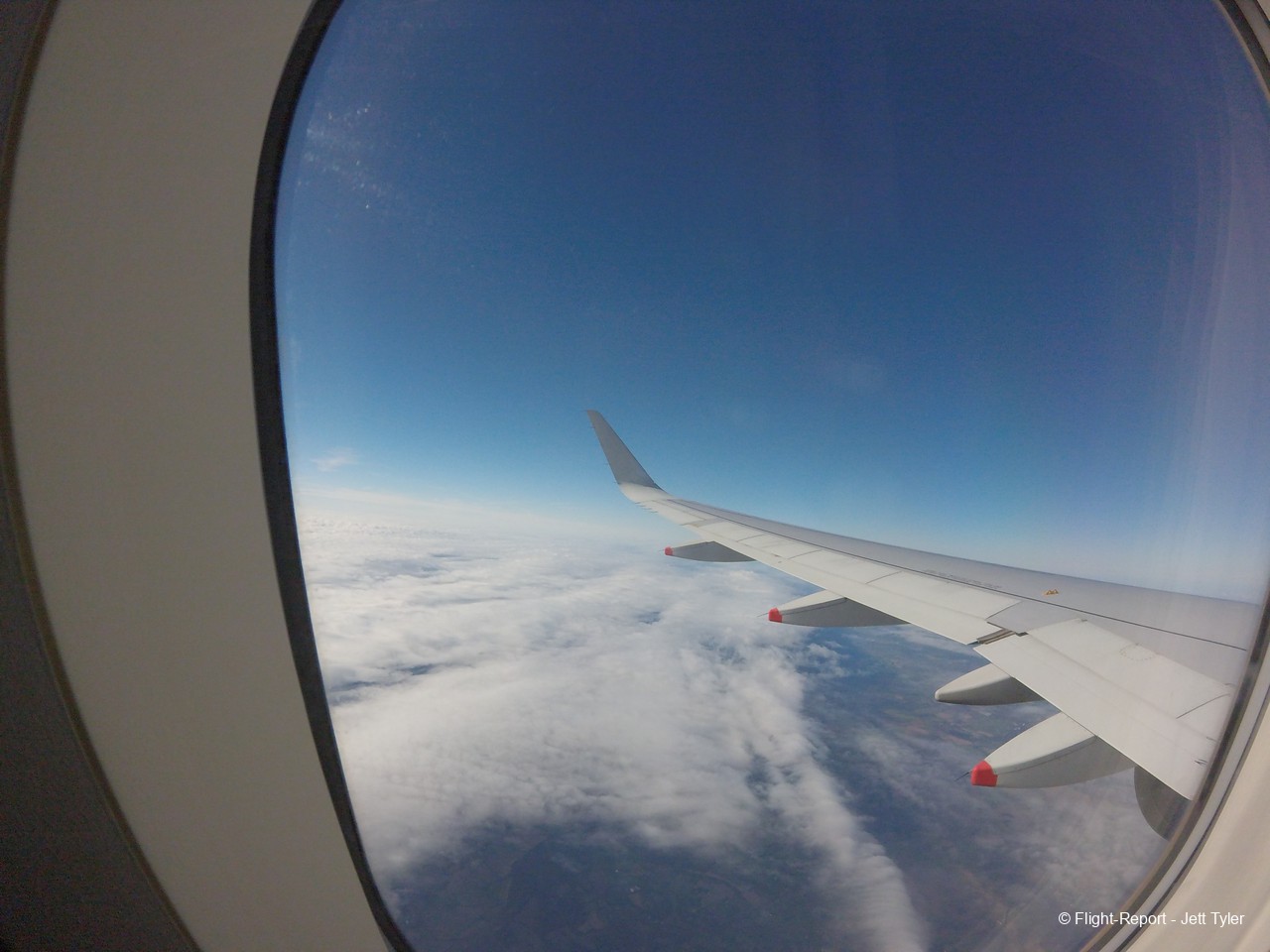 We eventually began our arrival into Glasgow, the flight passed quickly across the hour of flying time we had. As we snaked in for our finals, there were a lot of patches bellow the grey clouds where it was clearly raining, so I thought this could get interesting during my day in the city. 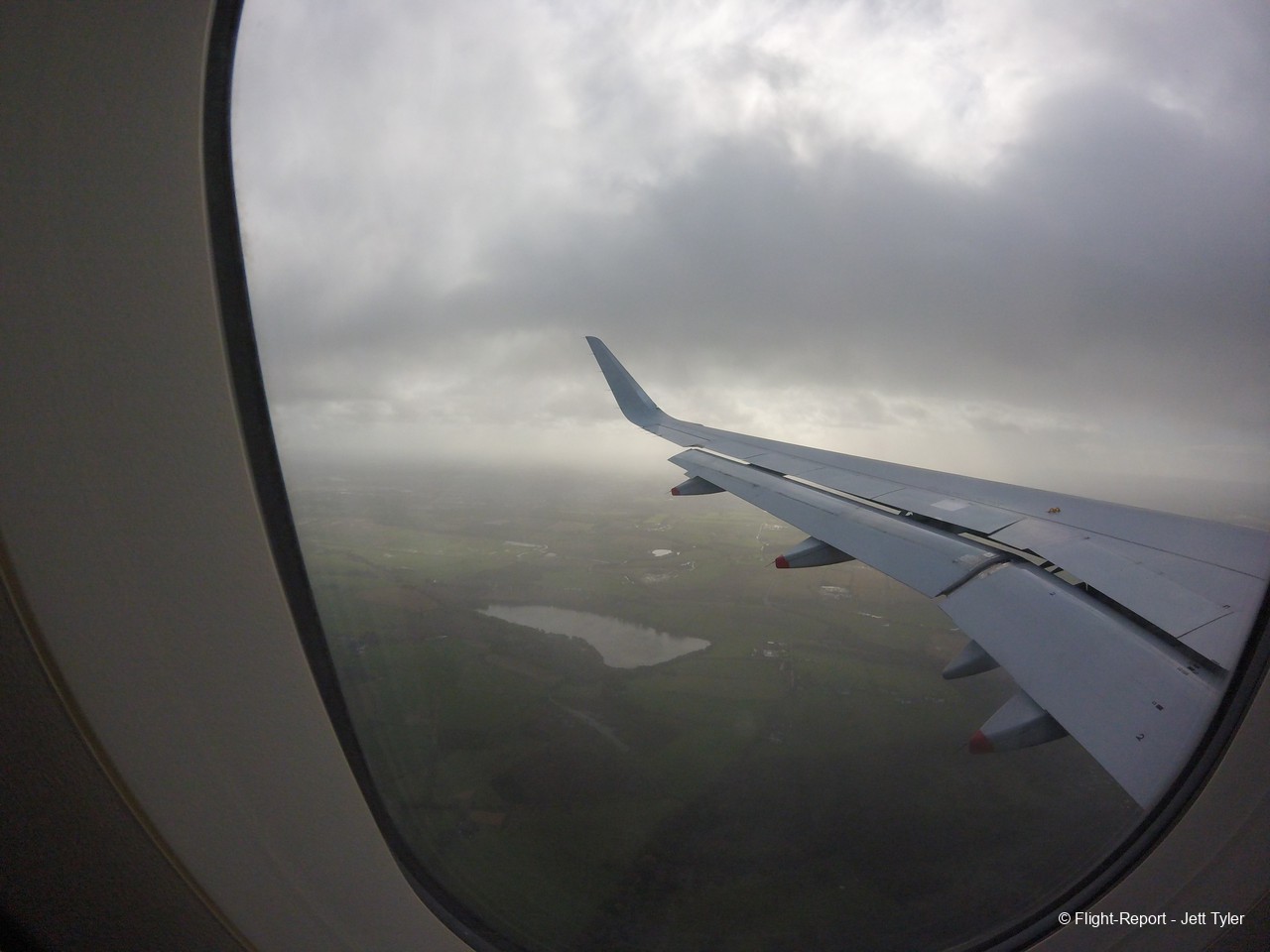 We arrived on time into Glasgow, I noticed a small number of Airbus A320 of BA parked up near the BA work facilities where they service the short haul Airbus fleet. We parked up in the usual Domestic/CTA area where BA/EI flights usually depart, pulling up next to a very small (by comparison) Saab 2000. 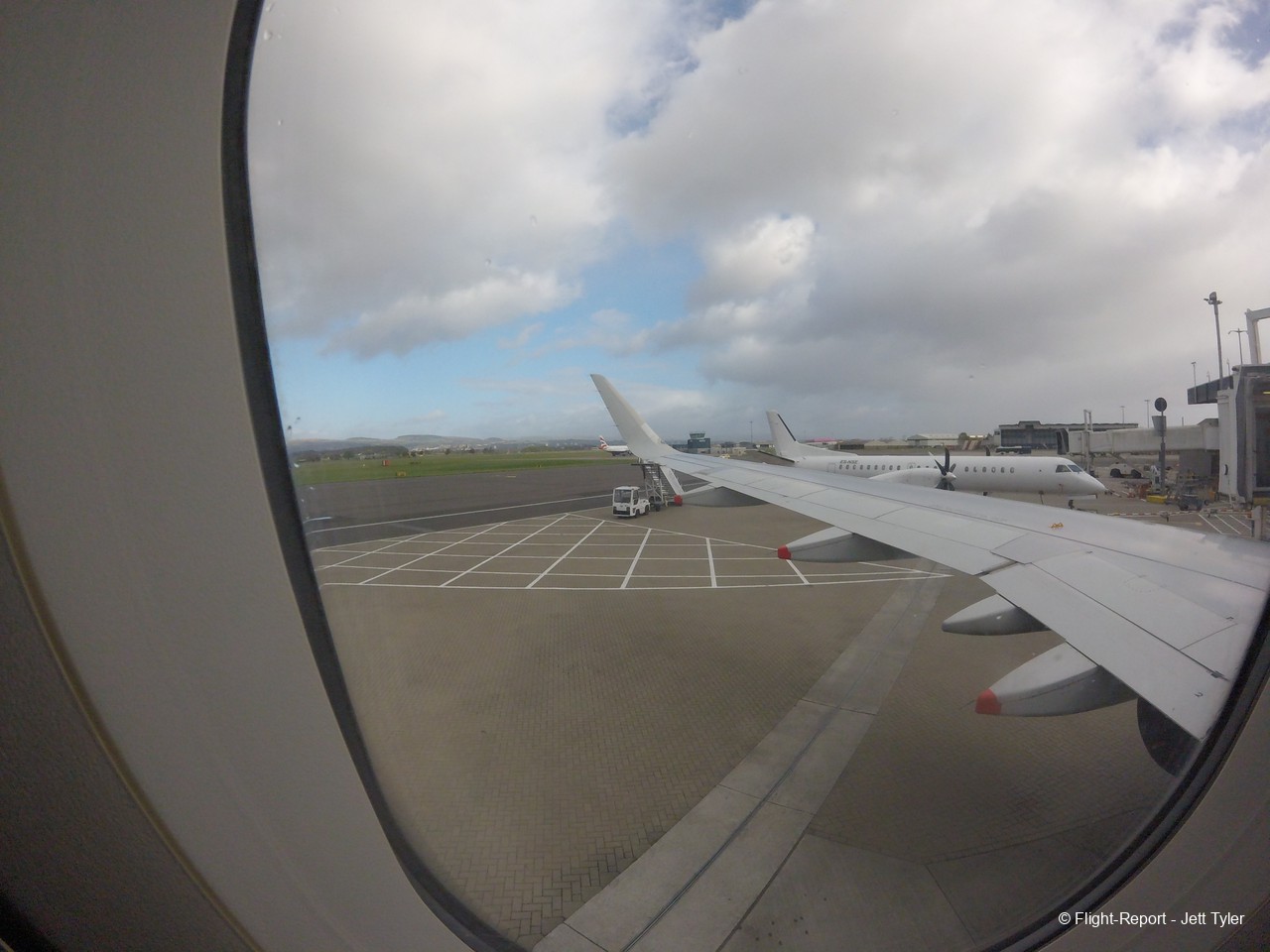 I held back and waited for most the passengers to exit the plane as to not be caught up in the scuffle of people desperate to leave the aircraft. Once I became one of the final passengers on-board, I casually grabbed my bag and made my way for the forward exit and the jet bridge to whisk me officially into Scotland. 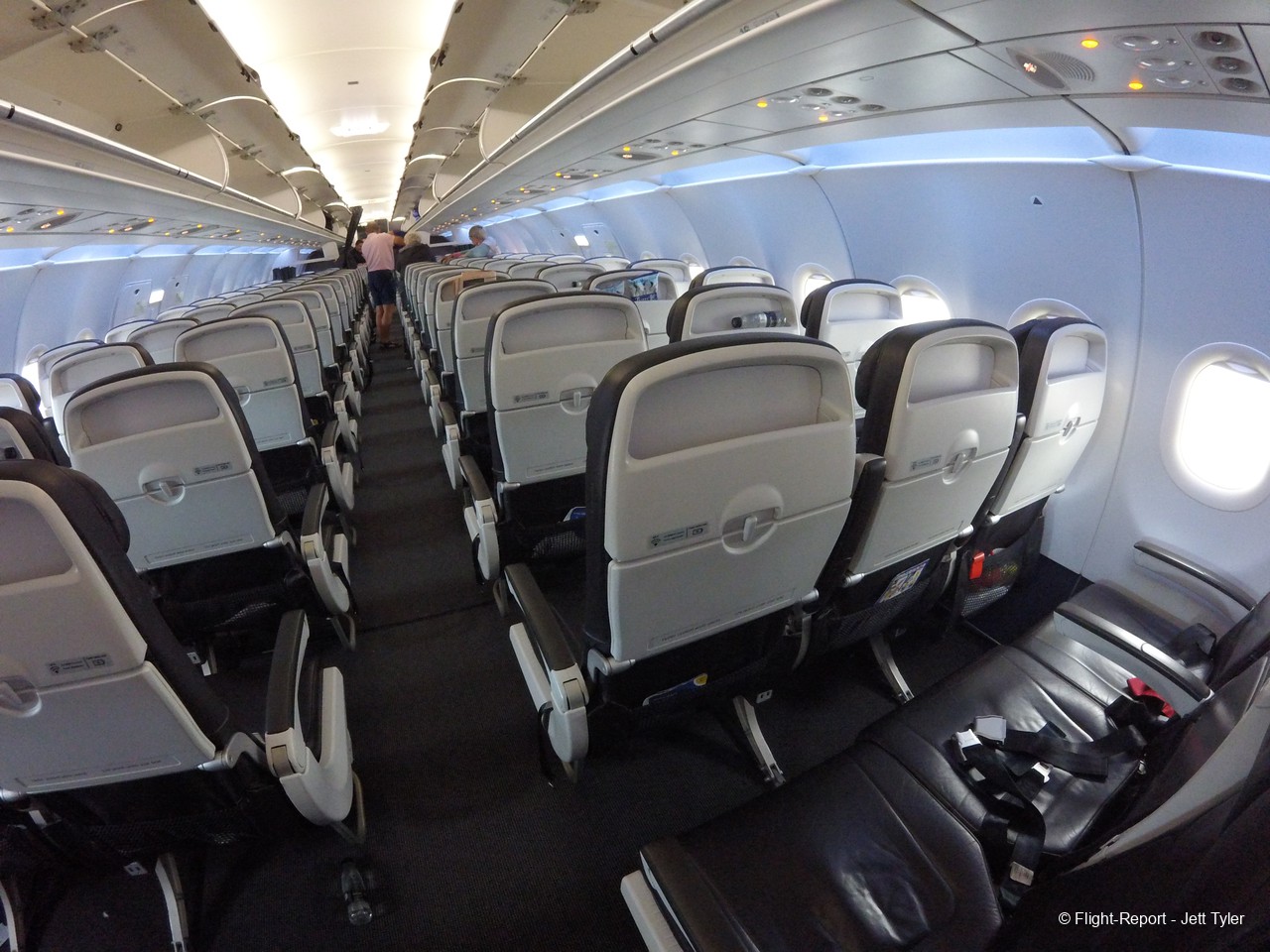 I grabbed a bus into the city, sitting on the upper deck, as the bus left Glasgow Airport for the city centre- I got a good look at the BA Airbus I had seen parked up for servicing at the airlines GLA facility. 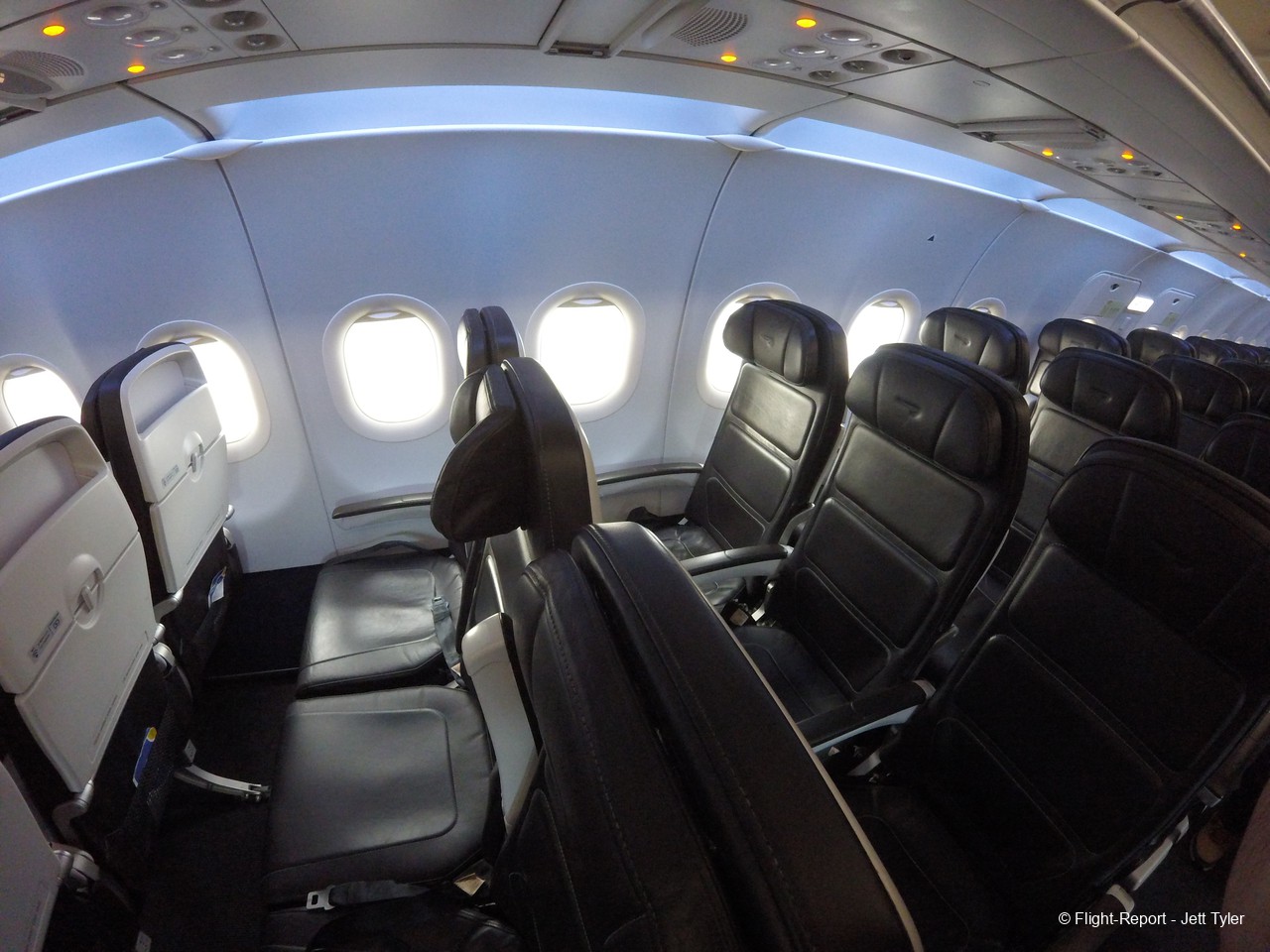 With the flight over and out, it was time to rock out at the SSE Hydro again for a legendary British rock band marking their 50th Anniversary! I know I could have gotten a coach to London- but where's the fun in that if you love travelling and flying as well! 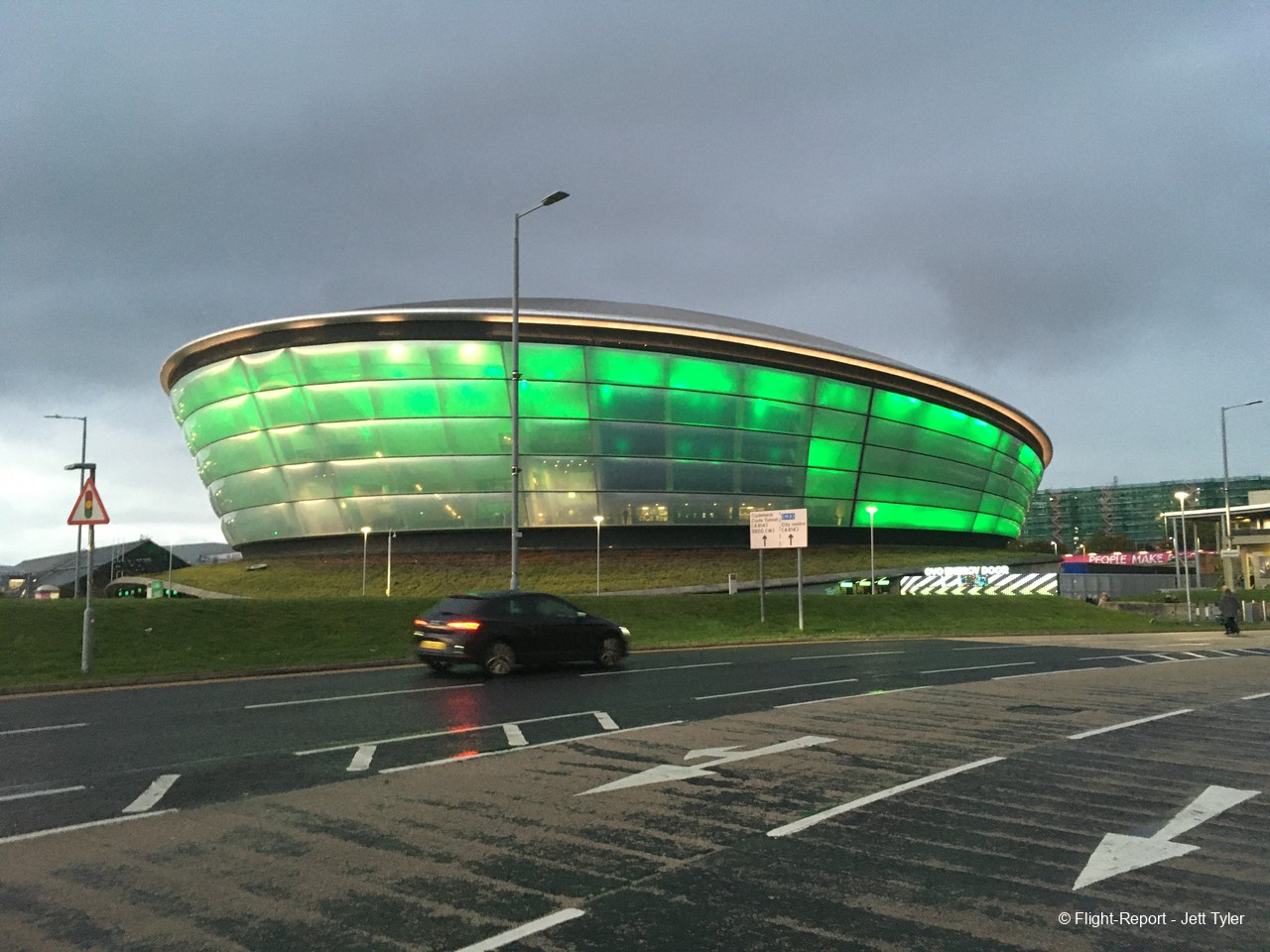 The Gatwick BA Lounge was very nice and well decorated, I was quite happy with the offerings for breakfast. The seats were cosy enough for a quick power nap. Given the reduction in LGW services by BA, its quite roomy and spacious if you can use it.

BA was another good service on their European product. They handled the confusion of my order quite well on this flight, so I was satisfied!

GLA- No issues with the experience on arrival and I easily remembered where everything was after last time, I quite like the main bus service you can get between the Airport and City Centre.

The contributors of Flight-Report published 4 reviews of 2 airlines on the route London (LGW) → Glasgow (GLA).