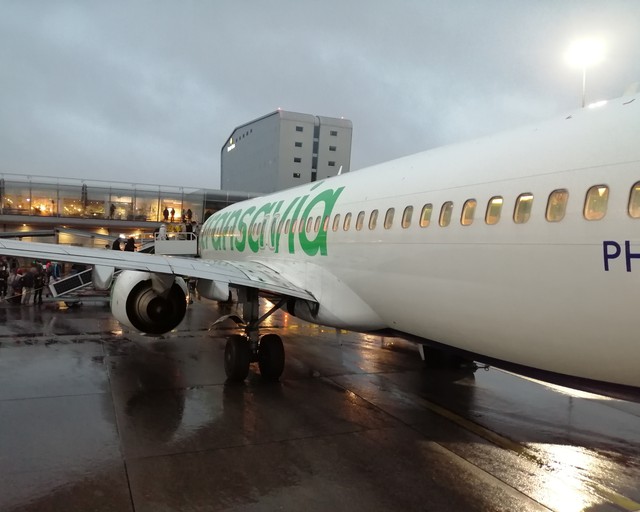 #2 out of 12 Low-cost airlines A minimum of 10 flight-reports within the past two years is required to appear in the rankings. 297 reviews

With this flight I continue my reviews of flights between the Netherlands and Spain, this time with Transavia, at this time in the top 3 LCCs in this site. I had originally booked AMS-BCN, however due to overcrowding (and striking employees due to low wages) in Schiphol, departure was switched over to Eindhoven.

In a draft I had written prior to the flight I was interested in the change, since security in EIN is usually very quick to clear. I couldn't have been more wrong. 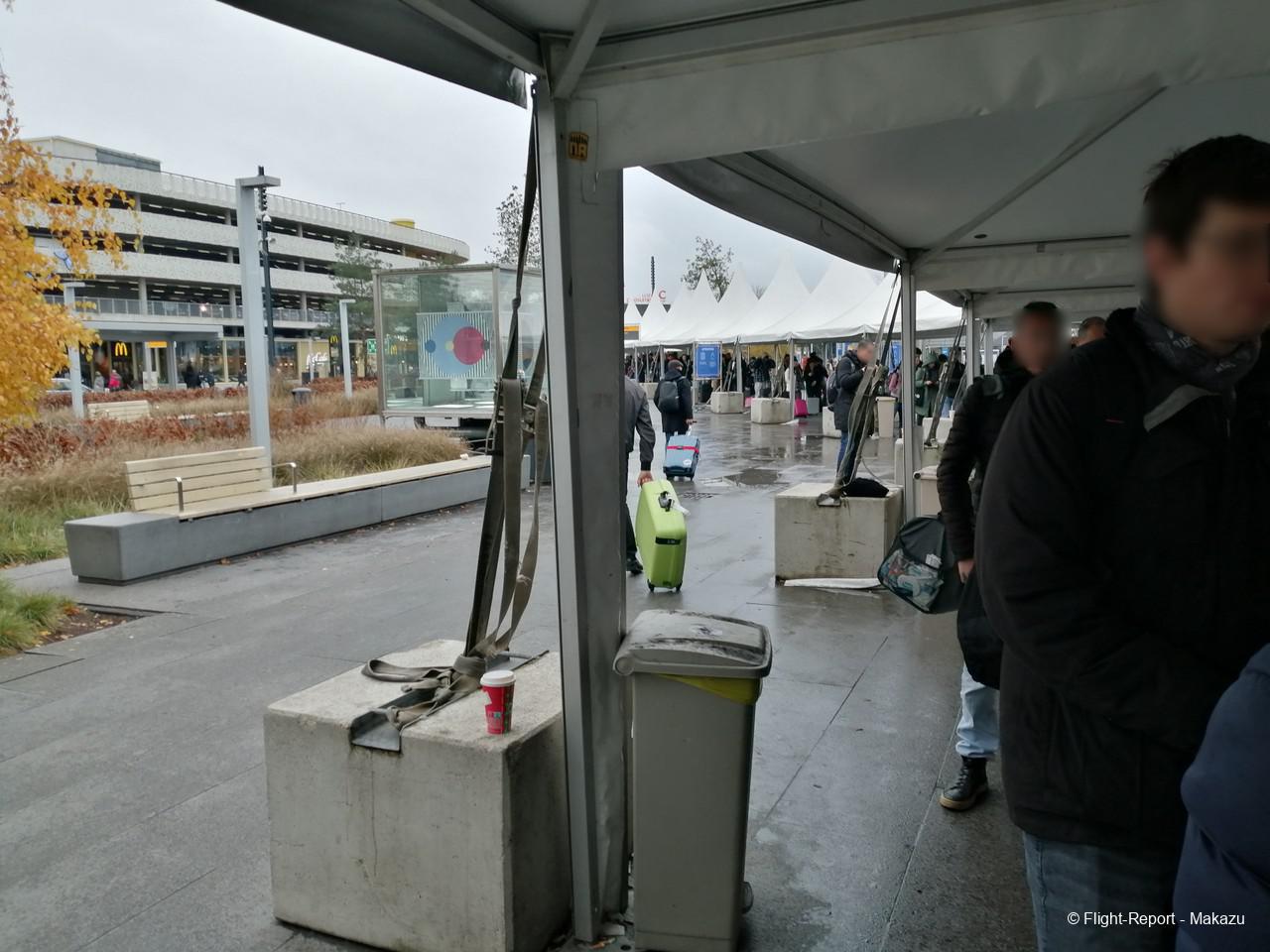 After more than 3 hours in trains, the shuttle bus arrives to EIN, around 2:30 hours ahead of time. It seems like the long security queues aren't exclusive to AMS, as the queue here extends a long way outside the airport building. Transavia allows passengers to check their hand luggage in, so I join a short queue for the self servce check in so I have less bags to worry about in the looming queue. 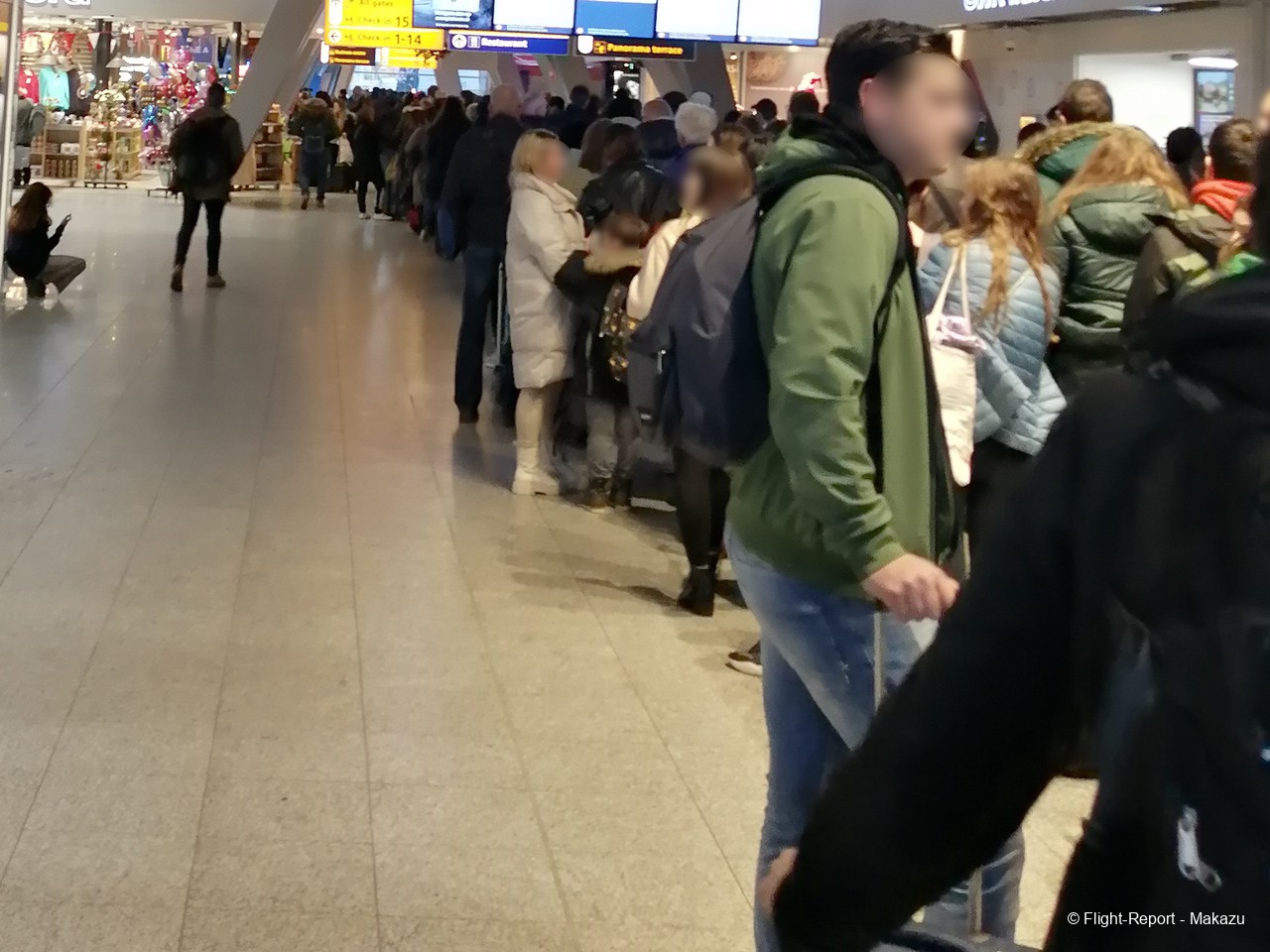 It is indeed a shocking experience. Security in EIN usually takes less than a minute from scanning boarding pass to the mandatory duty free, but today, it has been one of the longest queues I've seen. The queue stretches out of the airport for a while, and even after the boarding pass check, there is still around half an hour of queuing. I hear our flight being called, so we can cut ahead a bit, though the wait is still long. 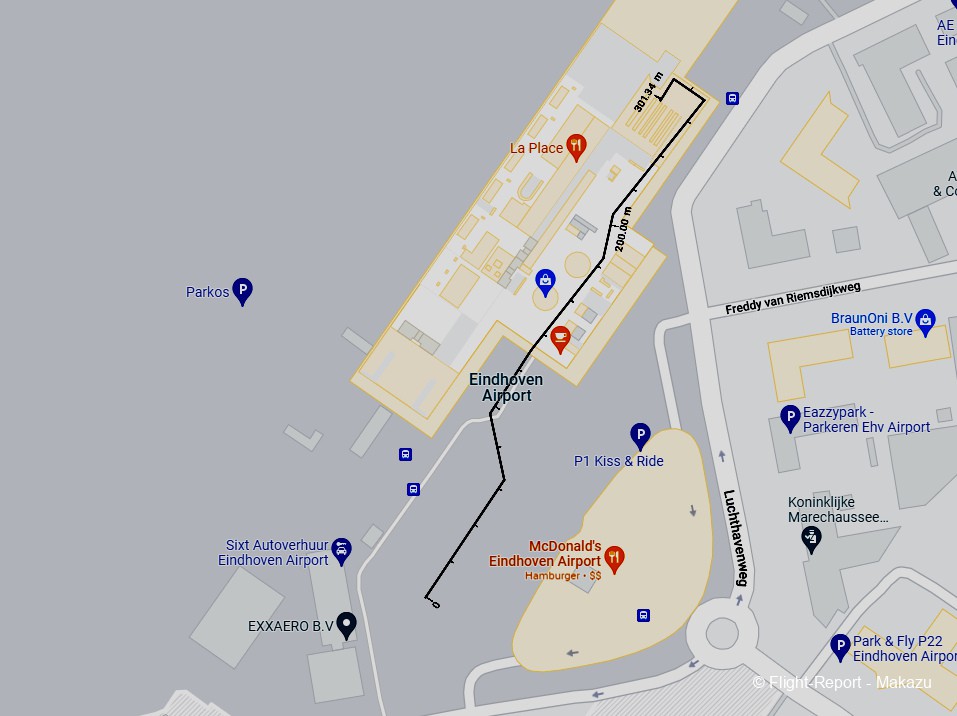 Despite my very early arrival to the airport, the plane is already boarding when I'm through security. Thus, this is the best shot I could take of PH-HZG, the B737-800 who would take us to Barcelona. 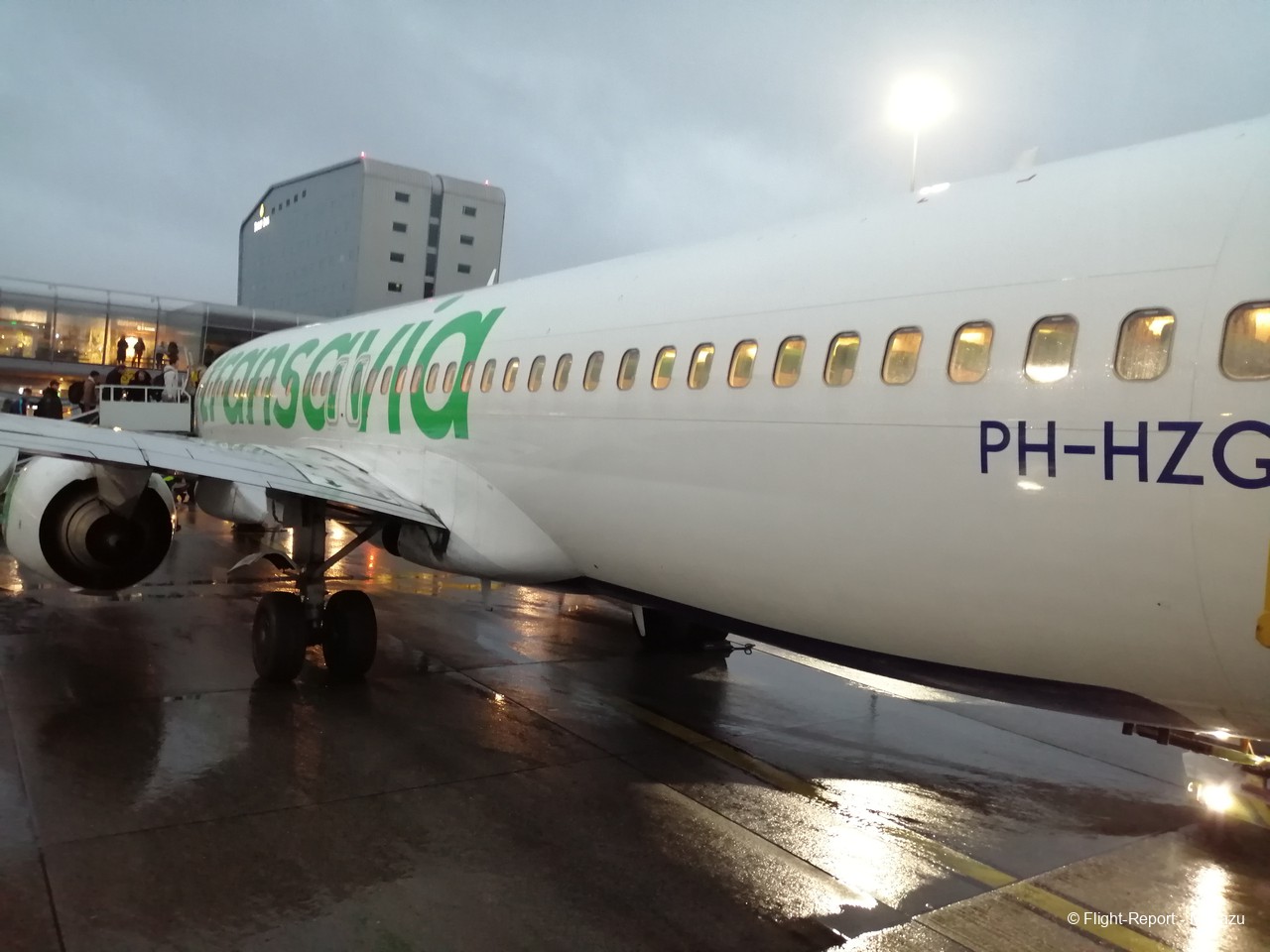 It is a rainy evening in North Brabant, and being so close to the Winter Solstice, the sun is already gone when I get to my 24A seat, so the views out the window don't show much. We push back and take off at 17:10 from runwawy 21 as is standard in EIN. 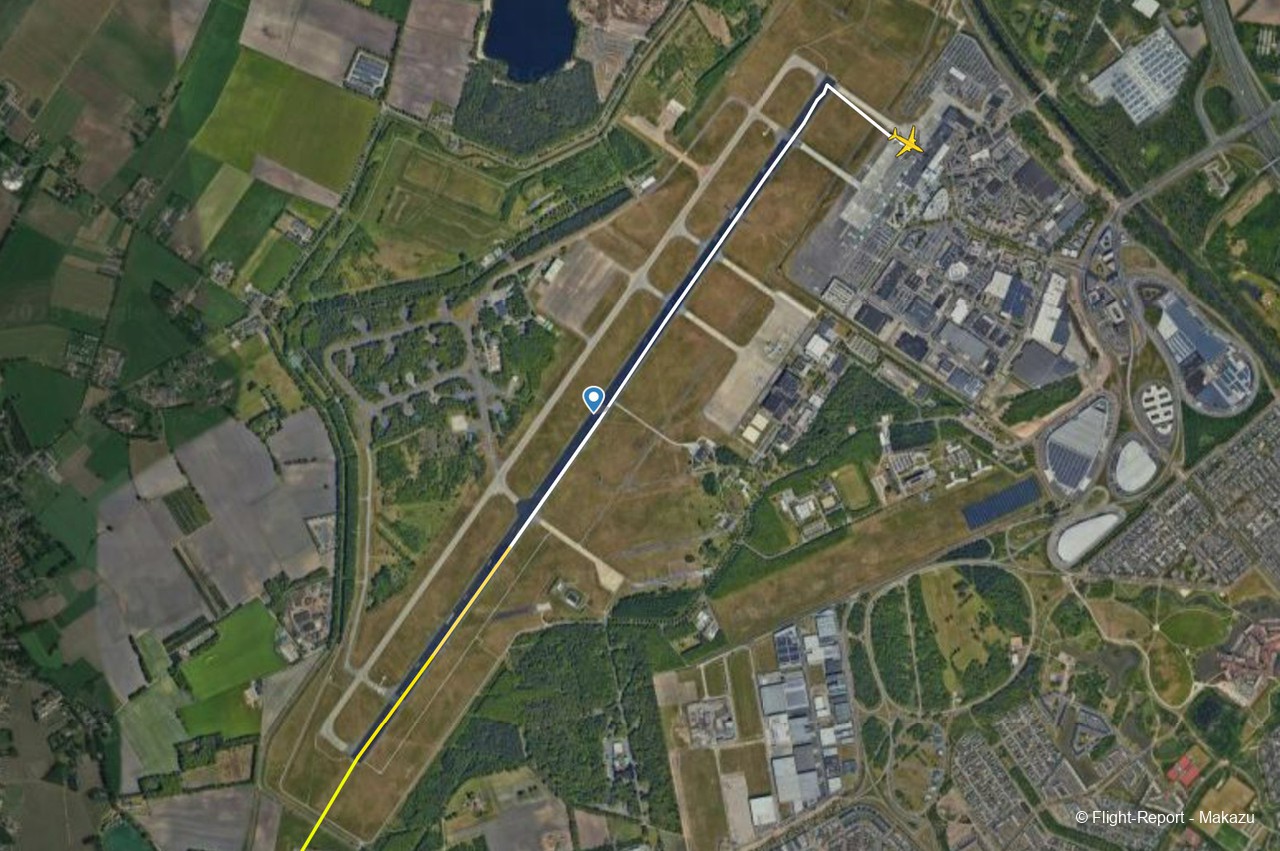 The seat itself is quite comfortable and features some storage pockets. I apologize for the shaky image of 24A, though the window alignment can be seen. Legroom is comfortable for me, but my size doesn't ask for too much space either. I find the padding decent, although I believe Ryanair may be better in some cases. The main attraction however, is that the seats recline a fair amount, which I did not expect from a low cost carrier. The tray table is a bit small to fit bigger laptops, but it can be pulled out for a bit more space. 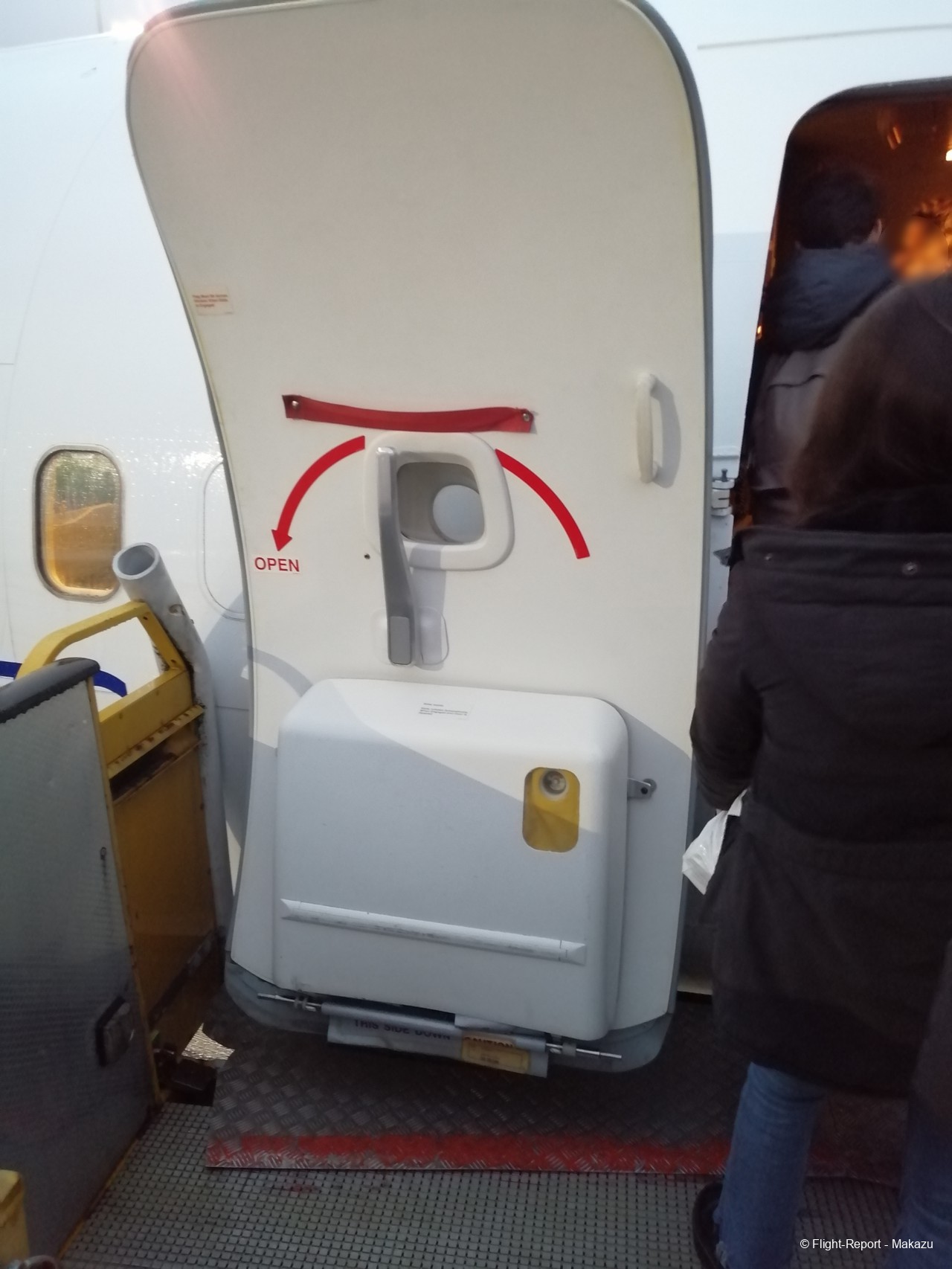 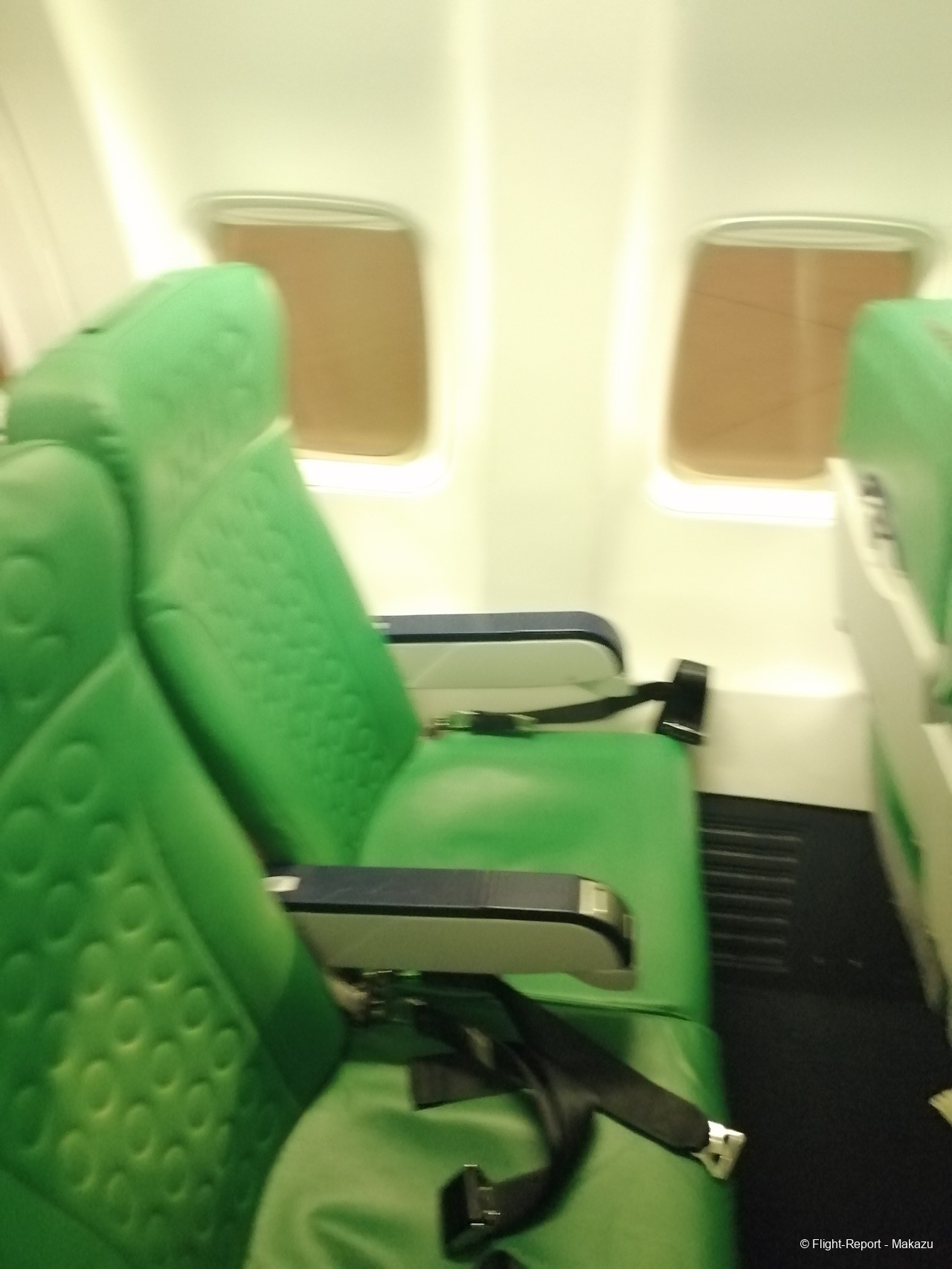 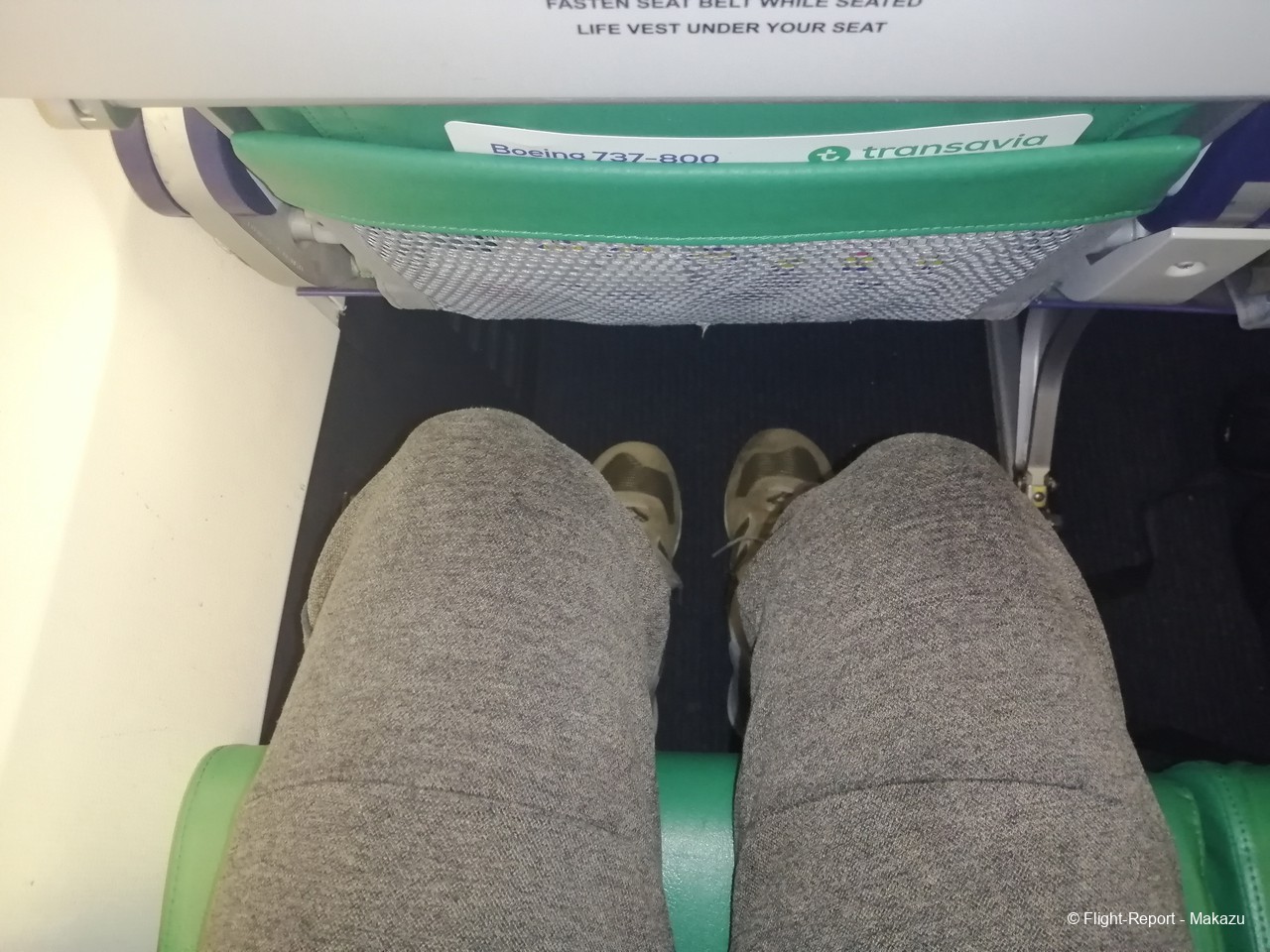 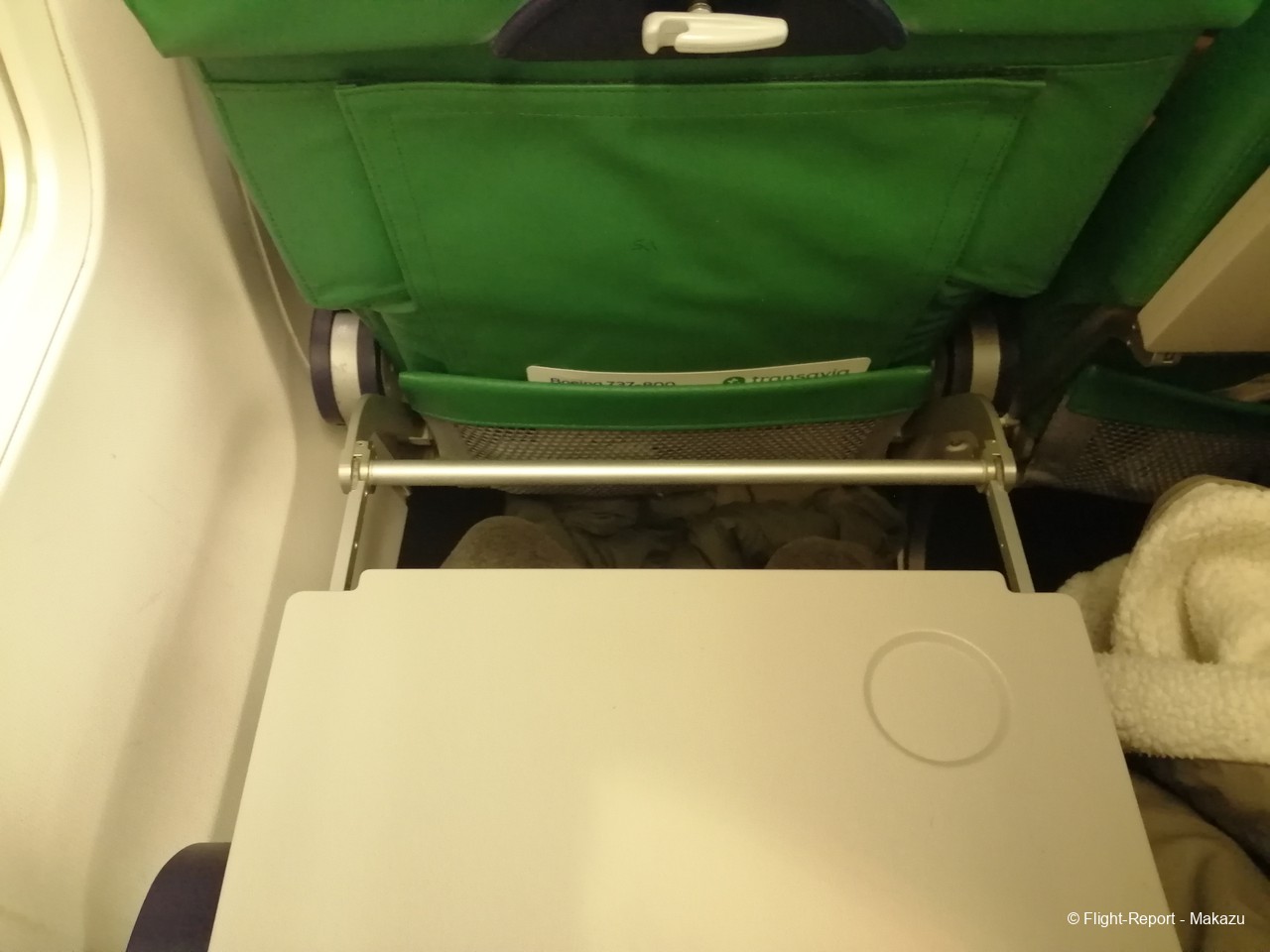 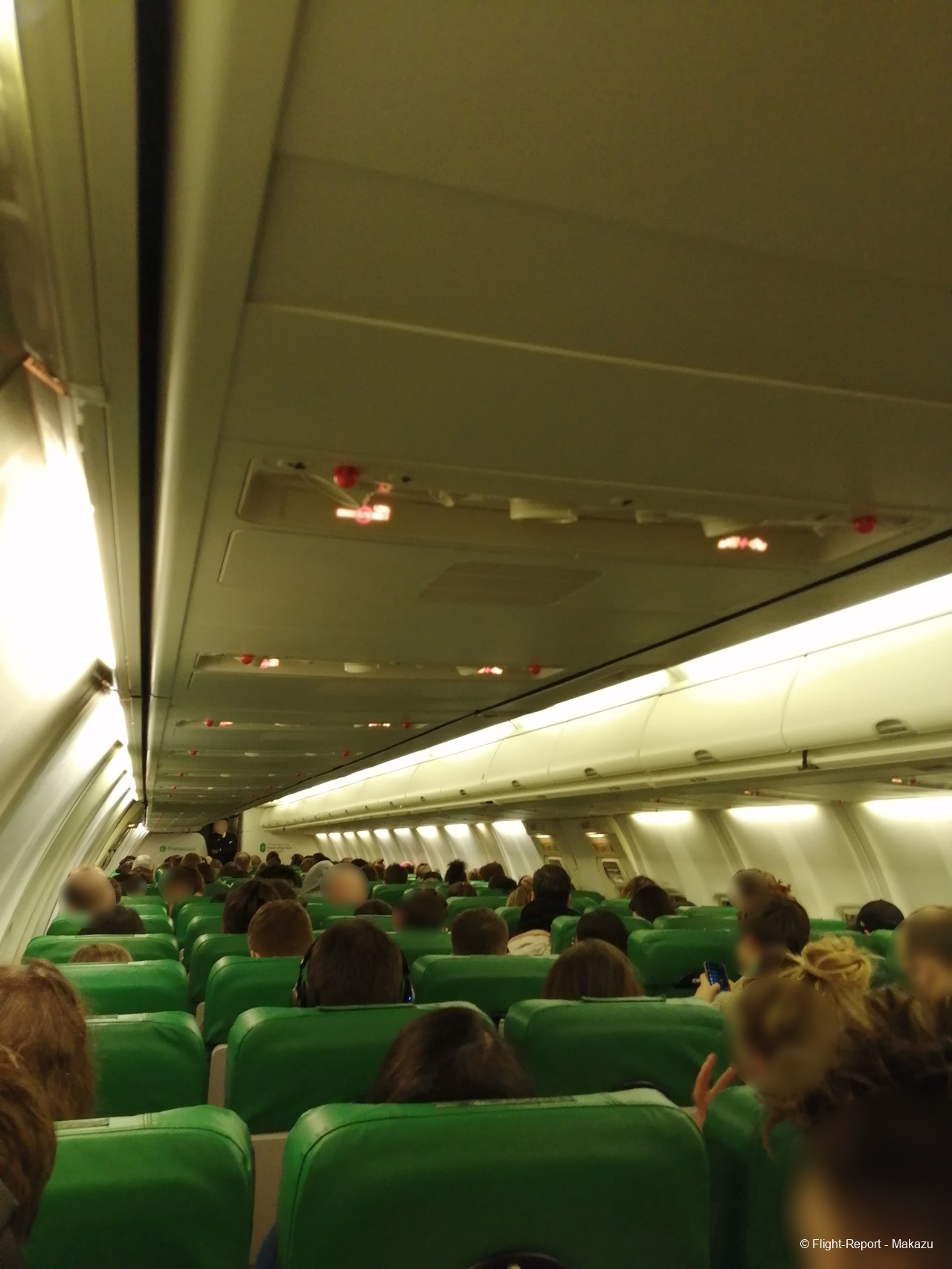 I usually like to make my own sandwiches for low cost flights, but today I wanted to see what Transavia had to offer. Turns out their egg and bacon sandwich is pretty good, with good bread and well stuffed. It was 6.50€, which is a bit high for a cold sandwich but standard for inflight meals. 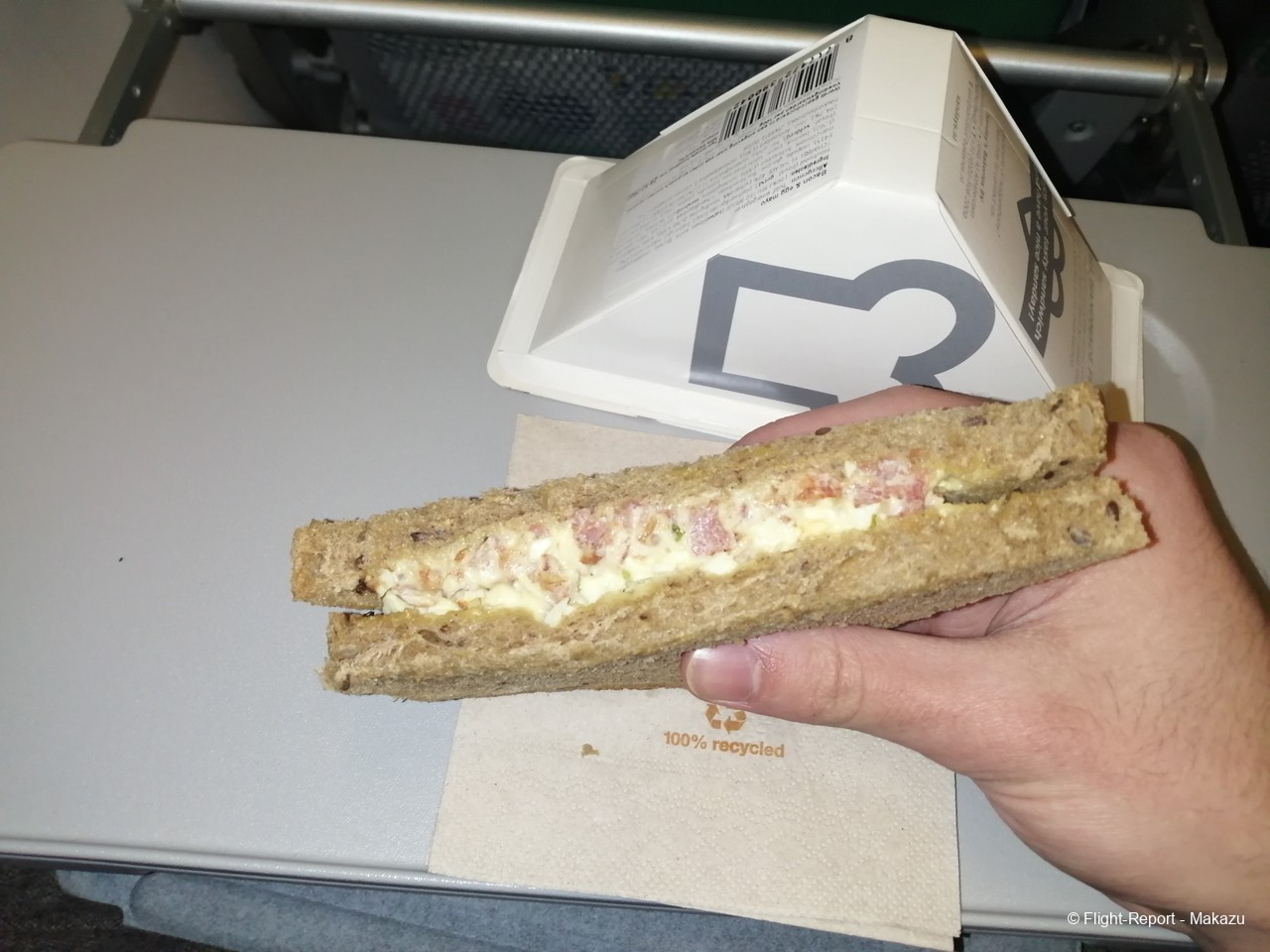 Flying in darkness with a mediocre phone camera makes any outside view impossible. The flight takes the western route through Brussels and Paris, then heading south for Girona and our destination. There is little movement throughout the flight, and nothing of remark. 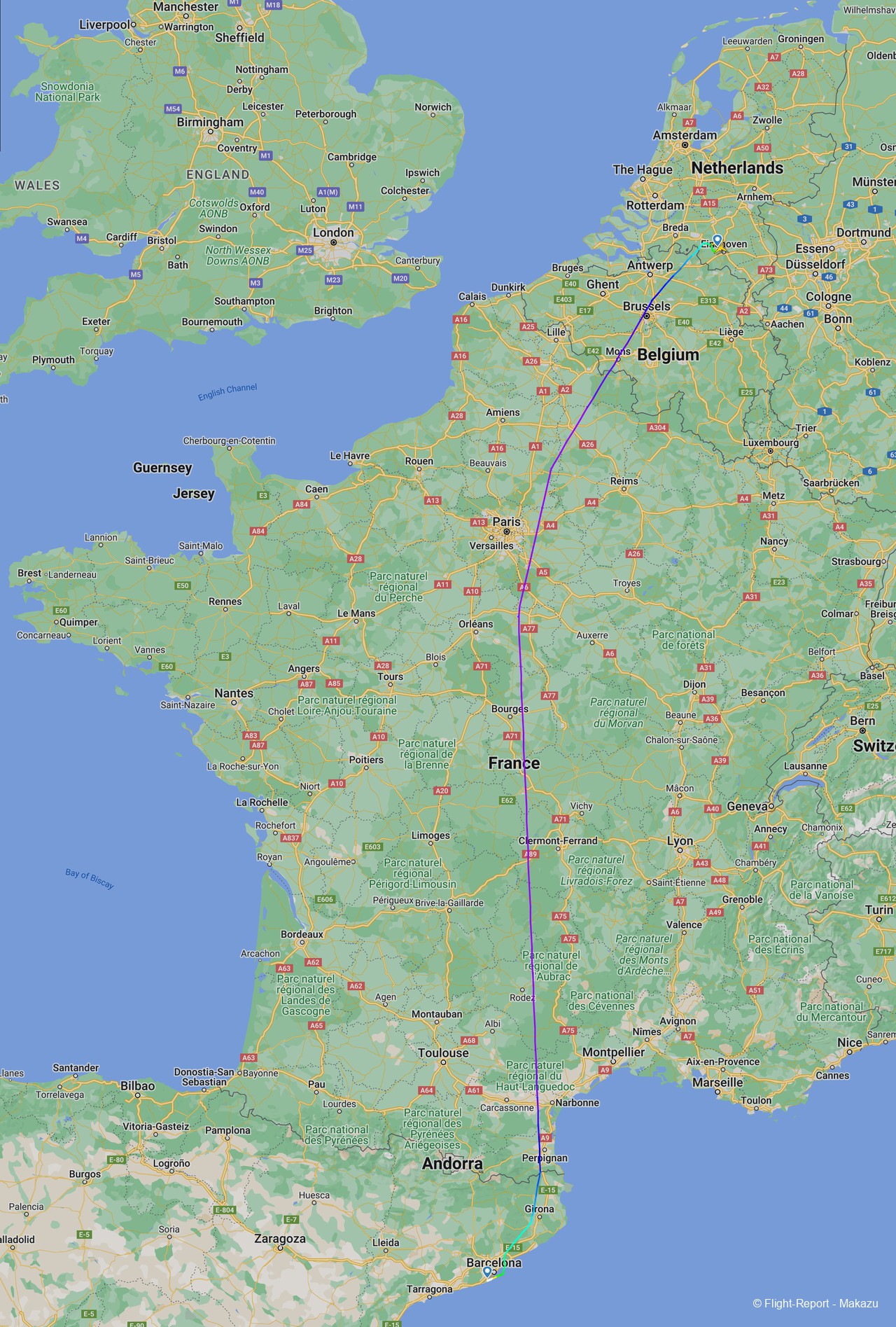 As we approach BCN, I am on the left side of the aircraft, so I don't have many views from Barcelona at night. We land at 18:48 on runway 25R, since it's not late enough for the noise restrictions that enable 02. After parking at our gate in terminal T2, I just want to get out of here, so I have no pictures of the terminal. It is not excessively crowded and the bags arrive on time. 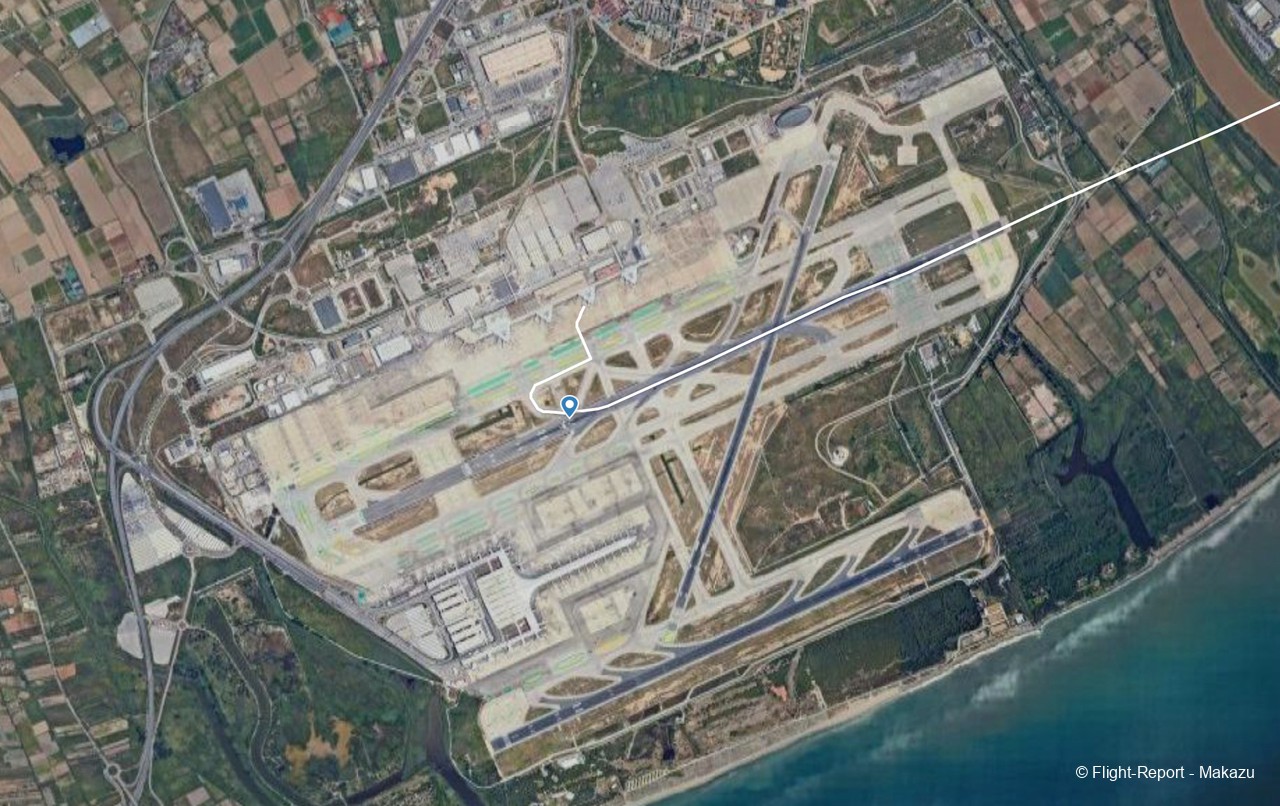 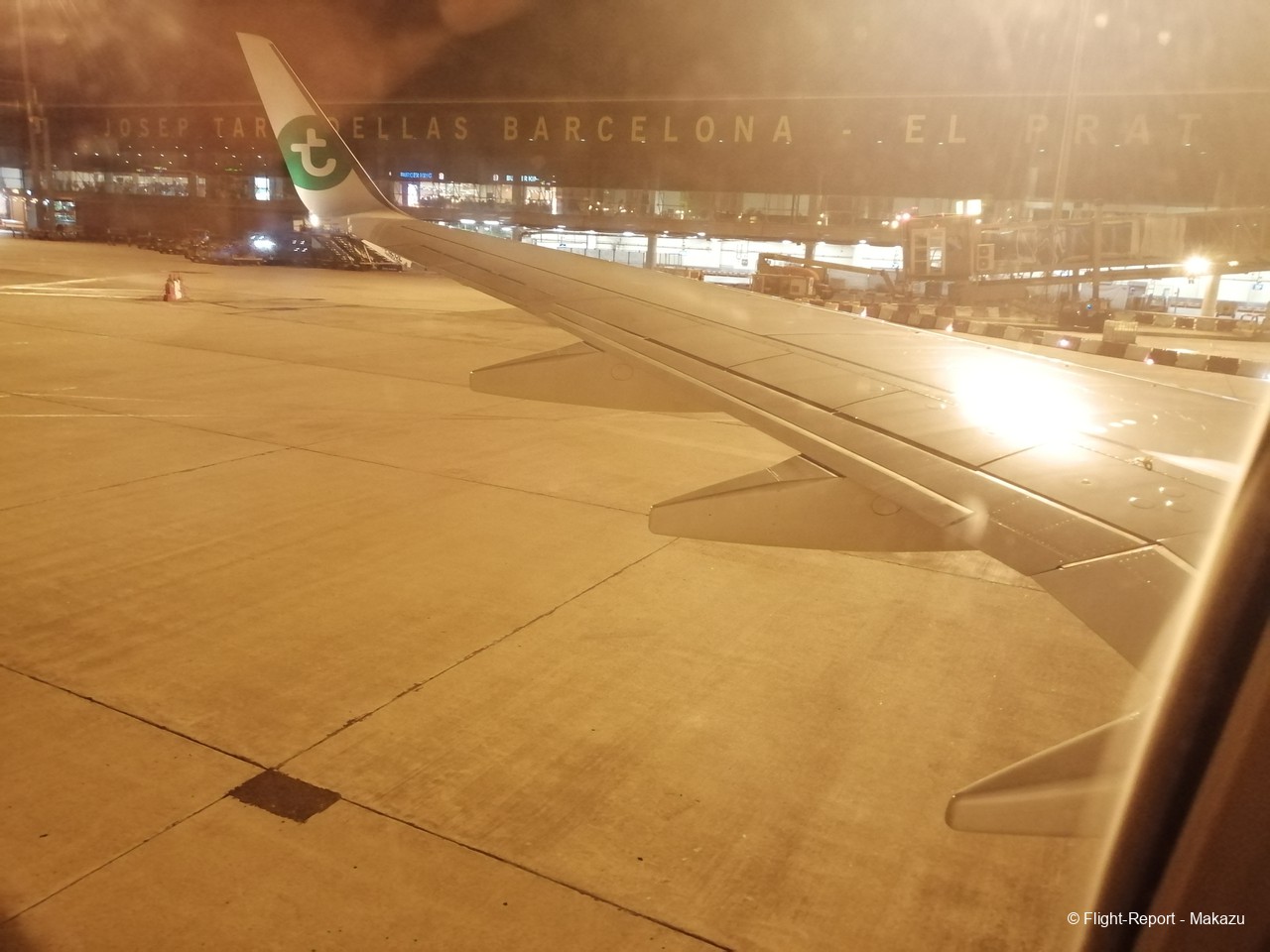 An uneventful flight with a remarkable buy on board option. The experience at the departure airport is very disappointing, and these issues have existed for a while in this country. One would expect some helpful changes to be made eventually...

Even if unremarkable, the experience Transavia provides is the best low cost I've flown.

He wrote 5 reviews about 5 airlines and 5 airports.