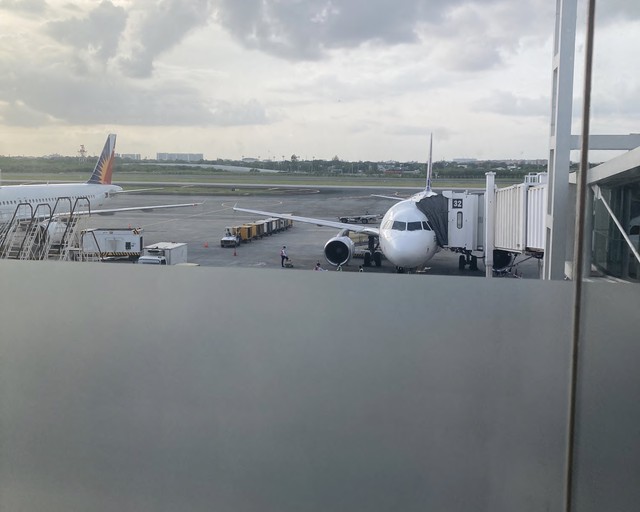 Hello there! It's been a while since I have not posted on this platform. A lot has definitely changed! I have quite a few backlogs from my recent trips that I would like to post, but for now I'd like to start with one of my recent life changes when I moved to Tokyo to pursue my university degree. It's definitely a first to live away from home, but I think I am adjusting quite well. Anyways, this one-way trip report will cover two flights, this first of which will be a relatively uneventful flight on Philippine Airlines flight PR 2808 bound for the capital on Premium Economy class.

Though I received my notice of acceptance from my university months before I departed for Tokyo, there were definitely a lot of doubts. However, after some soul searching and a well-needed trip to America (will write on this after this chapter is finished!) I made up my mind. While I was all set however, the student visa process took pretty long from obtaining the certificate of eligibility to actually applying for the visa. Because of this, I was only able to get my ticket a week before I'm supposed to leave. Let's just say the prices were definitely steeper than what could have been if I booked earlier. However, I did have a student discount when I bought the ticket. At that time, I bought an Economy Flexible ticket. However, I tried my hand at upgrading through MyPAL upgrade. For this leg, it took me around $20 to upgrade to Comfort Class, which was the recent rebranding of PAL's domestic premium economy product. Since this flight utilized the monoclass A320, an upgrade to Business was non-existent, though it was fine considering the flight's short length. Anyways, this upgrade is reasonable to me considering the extremely low price not only because of the service, but also because you get to disembark first. I'll explain more in the next section. 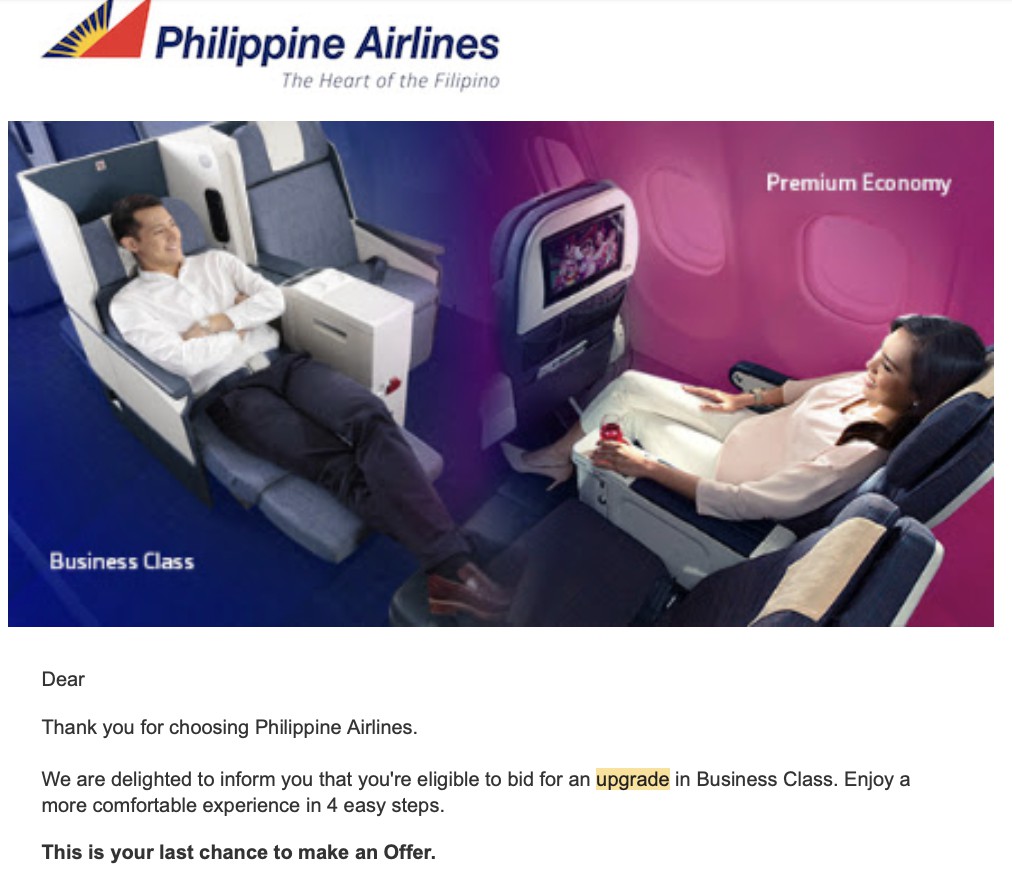 As for the flight's routing, I had two options: I could either take the flight to Narita with a long layover (around eight hours if I am not mistaken), or I could arrive at Haneda with a one-hour layover. Though I wouldn't mind staying at the airport (though many would especially in Manila), I ended up choosing Haneda considering its distance to my soon-to-be residence. Thus, with the limited time I have, I realized that upgrading would be more than logical. I also bid (and was successfully upgraded) to Business Class in the next leg, but that will be a story for another time.

After celebrating my sibling's birthday the other day, I had to wake up at an ungodly hour of one in the morning to get to the airport. Of course, traveling is always fun for an avgeek, but this is a bittersweet moment as it meant going away long-term for the first time. After saying my goodbyes the porter hauled my bags to the check-in area. I apologize for this blurred photo, it may have been me being dazed from being emotional. I know, I know, I've been here in the community for a few years now but I still cannot take good photos. I'm trying though! 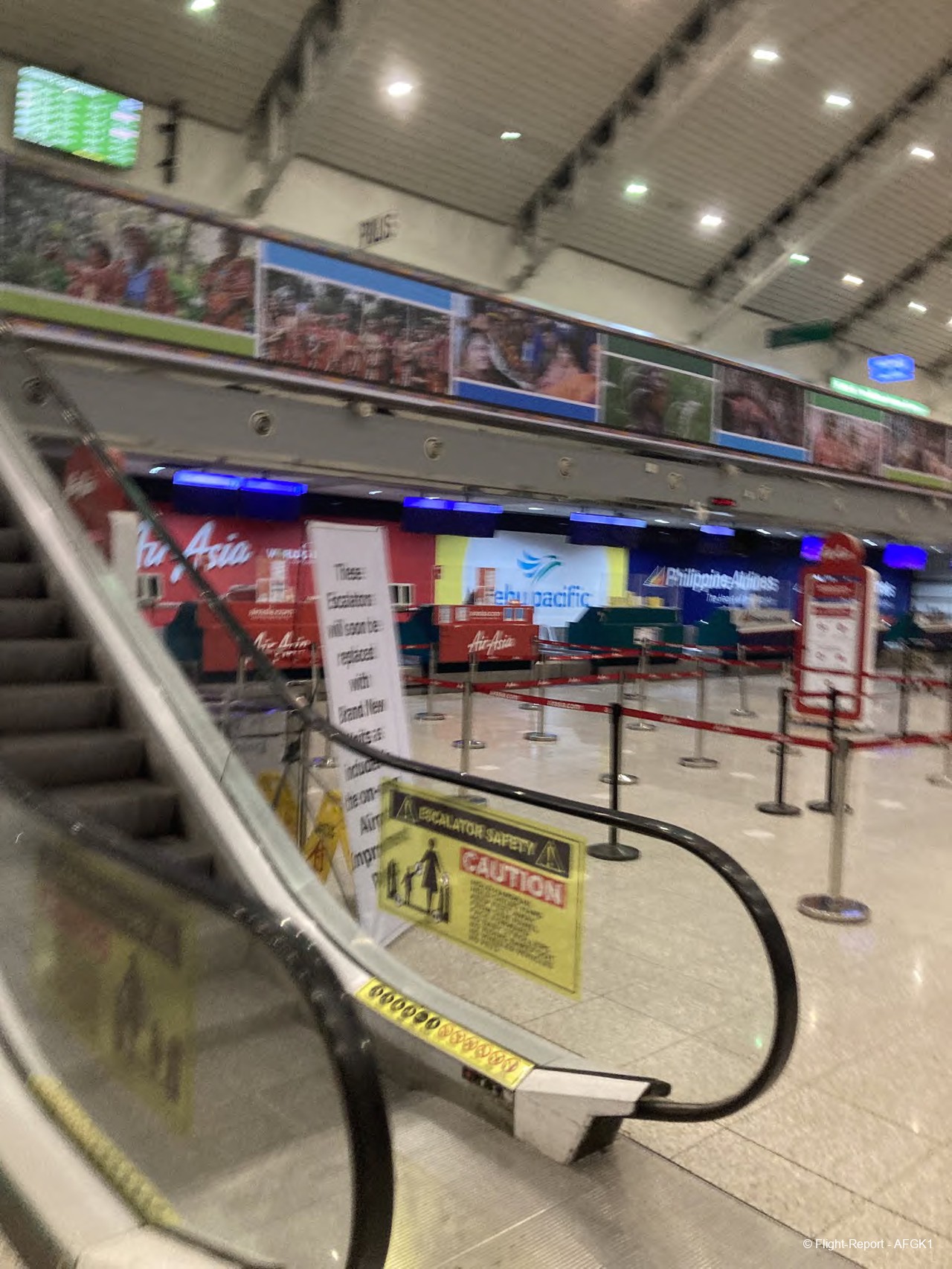 Anyways, I arrived very early at around two in the morning and check-in will not begin until thirty minutes later. I fell in line at the economy counter, there wasn't any difference anyways since I'm the first to check-in. The process was quick and easy considering it's the first flight of the day. I dropped my bags and went up to go through security. There were virtually no queues despite there being only two security lines in the whole airport. 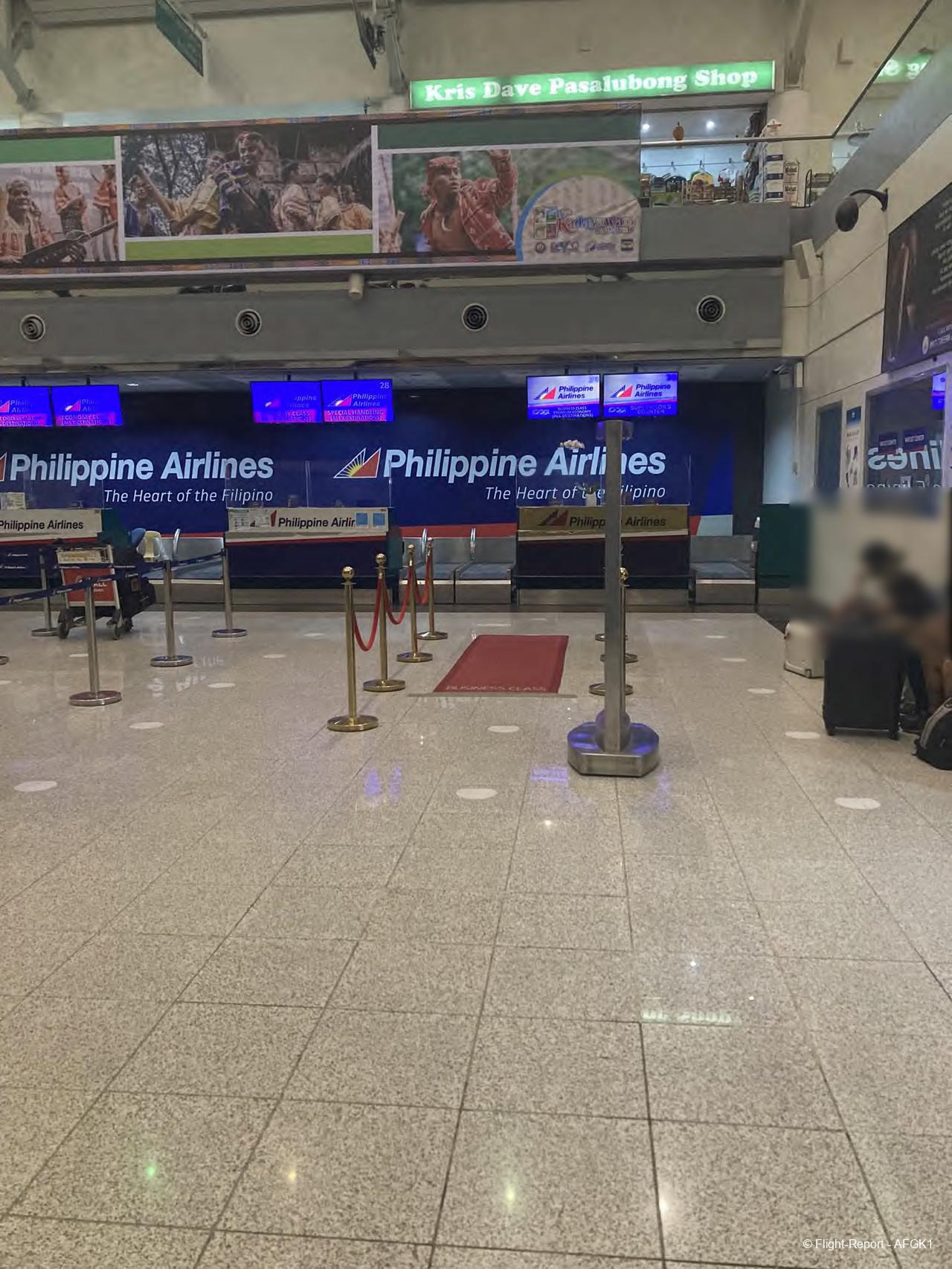 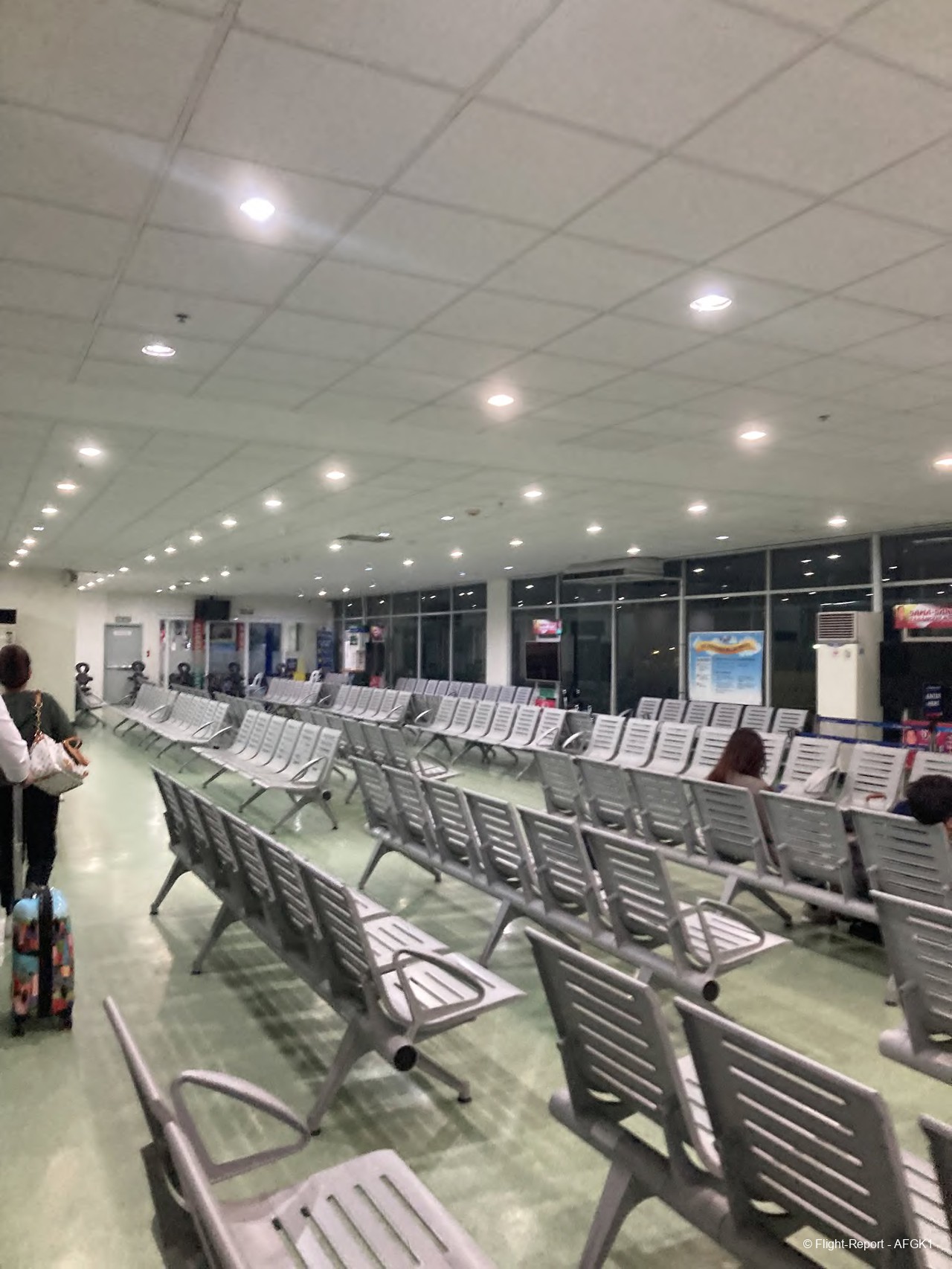 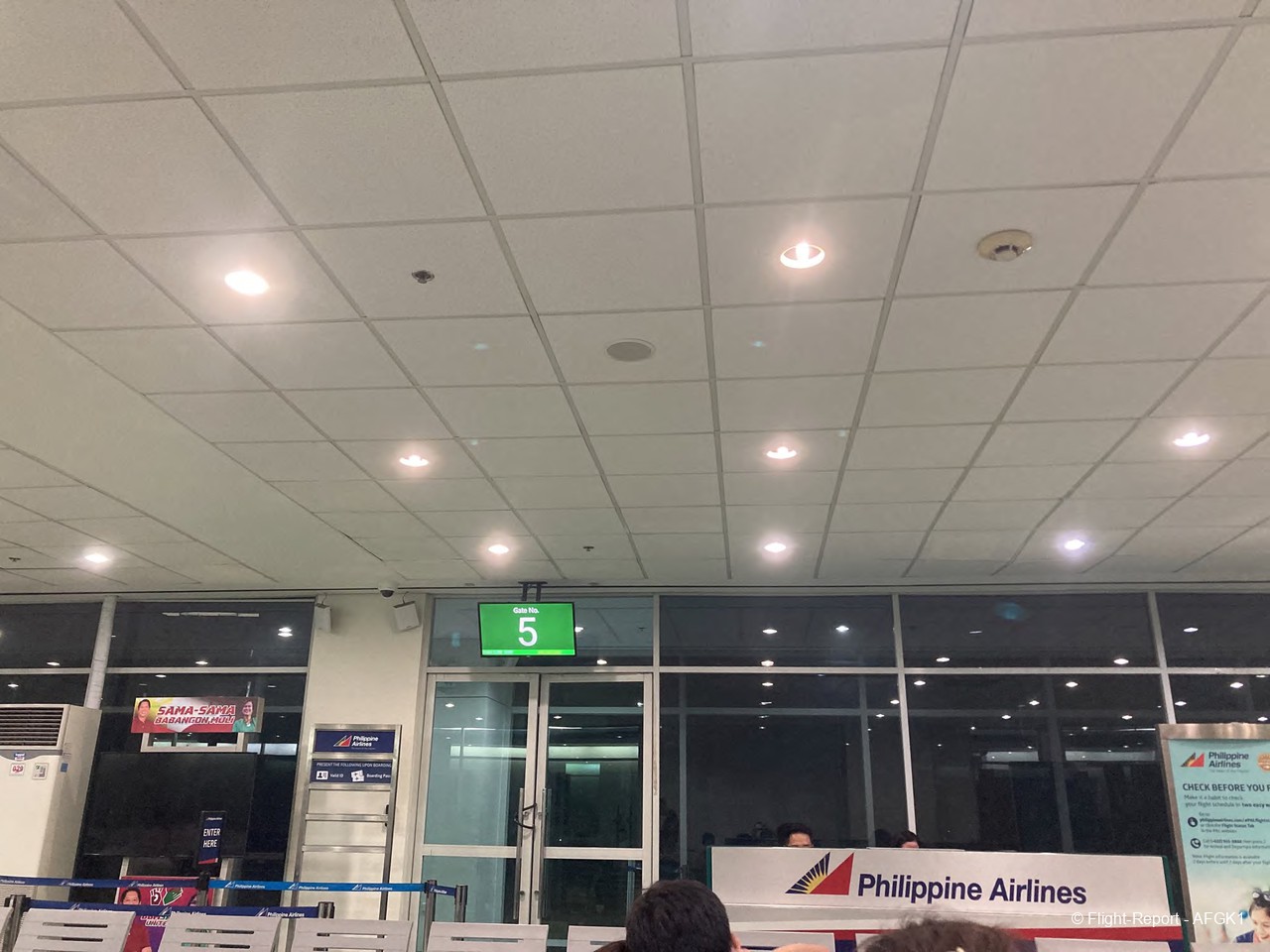 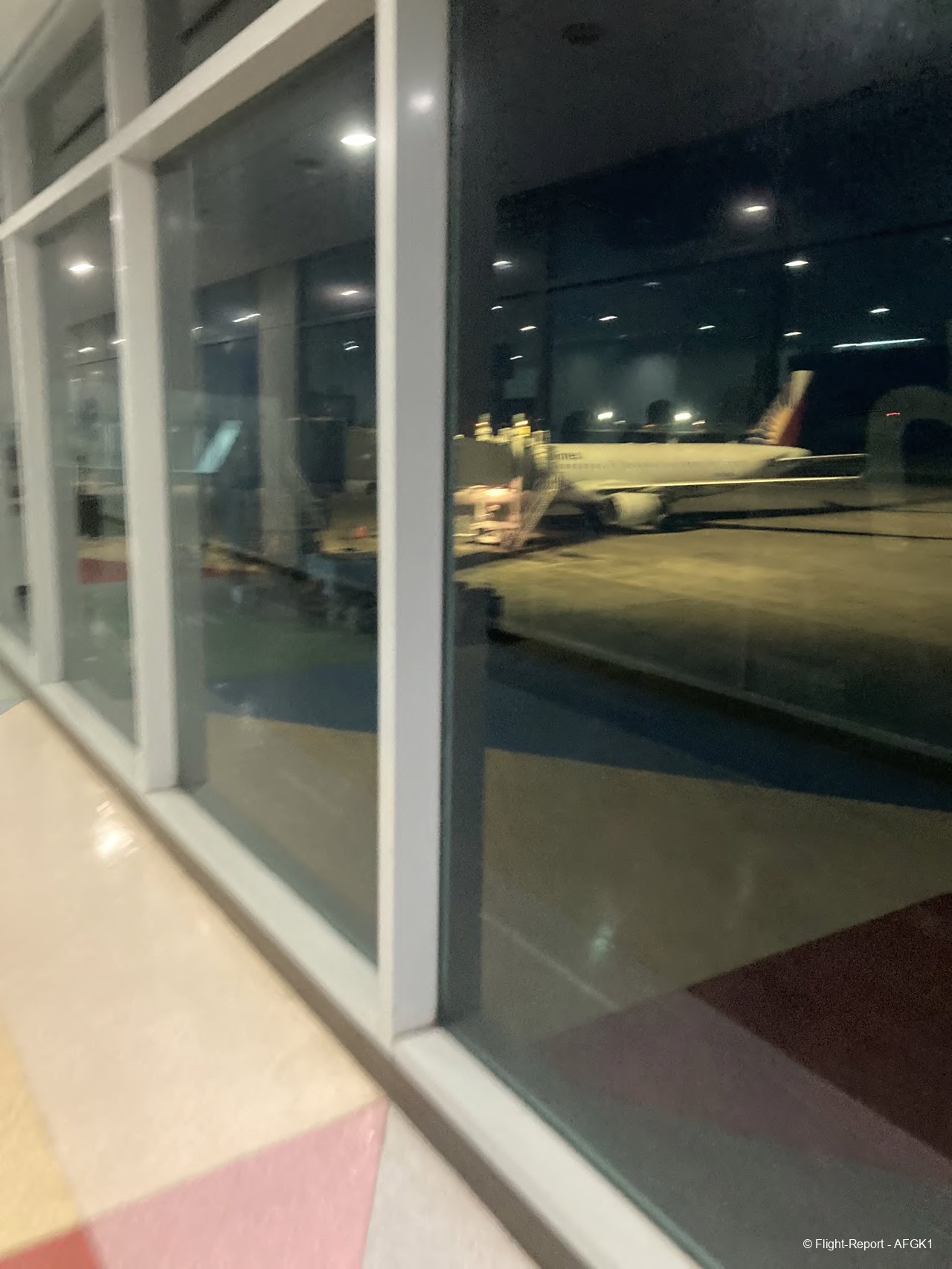 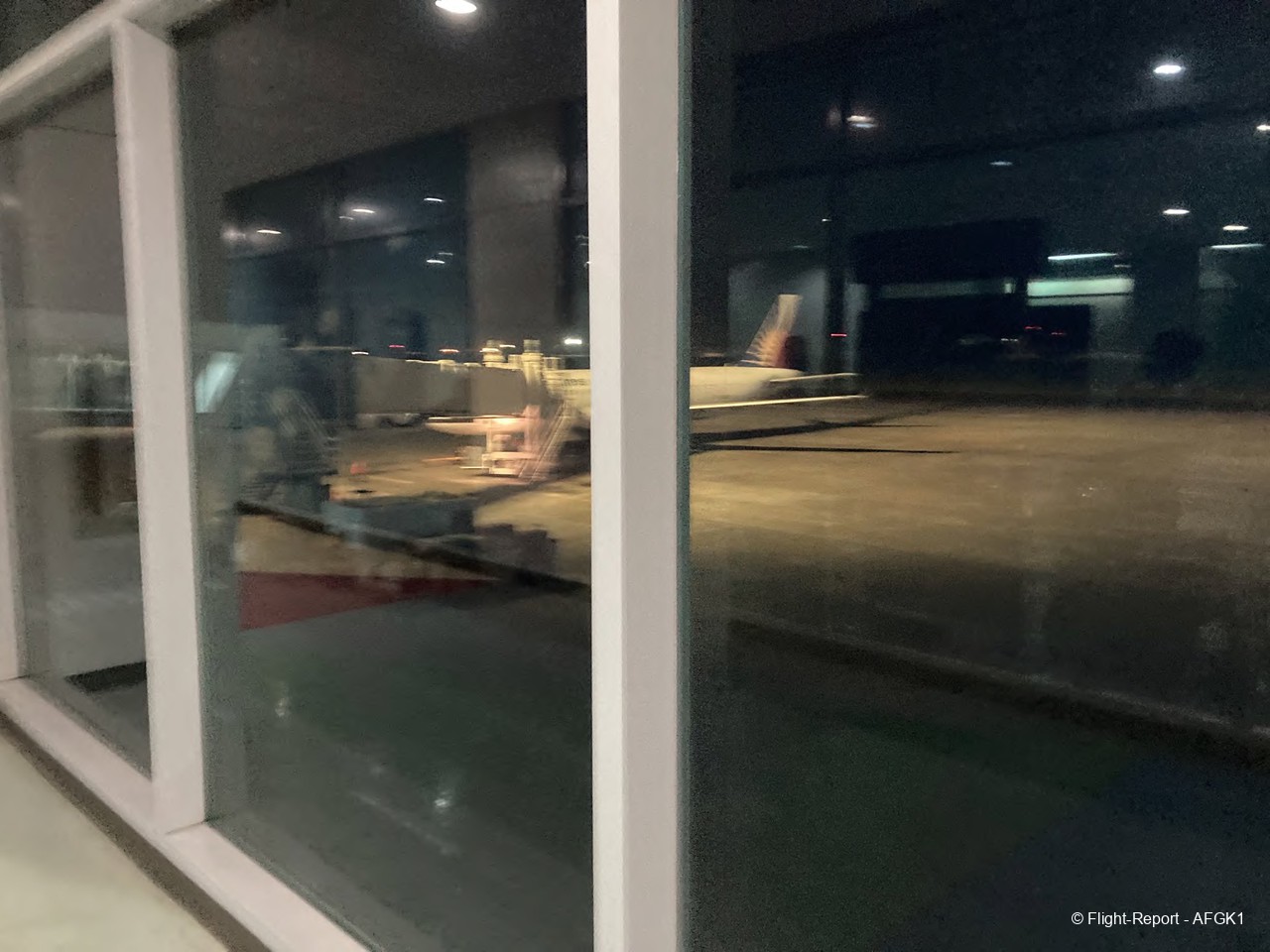 At around 4:15 AM, it was finally time to board the plane. As mentioned, today's plane was a mono-class A320 that was inherited from AirPhil Express (now PAL Express).  This plane is approximately 10-12 years old, and you can already tell that it has signs of wear and tear. The plane still smelled nice though, I'm not sure how planes maintain their new plane scent over the years. 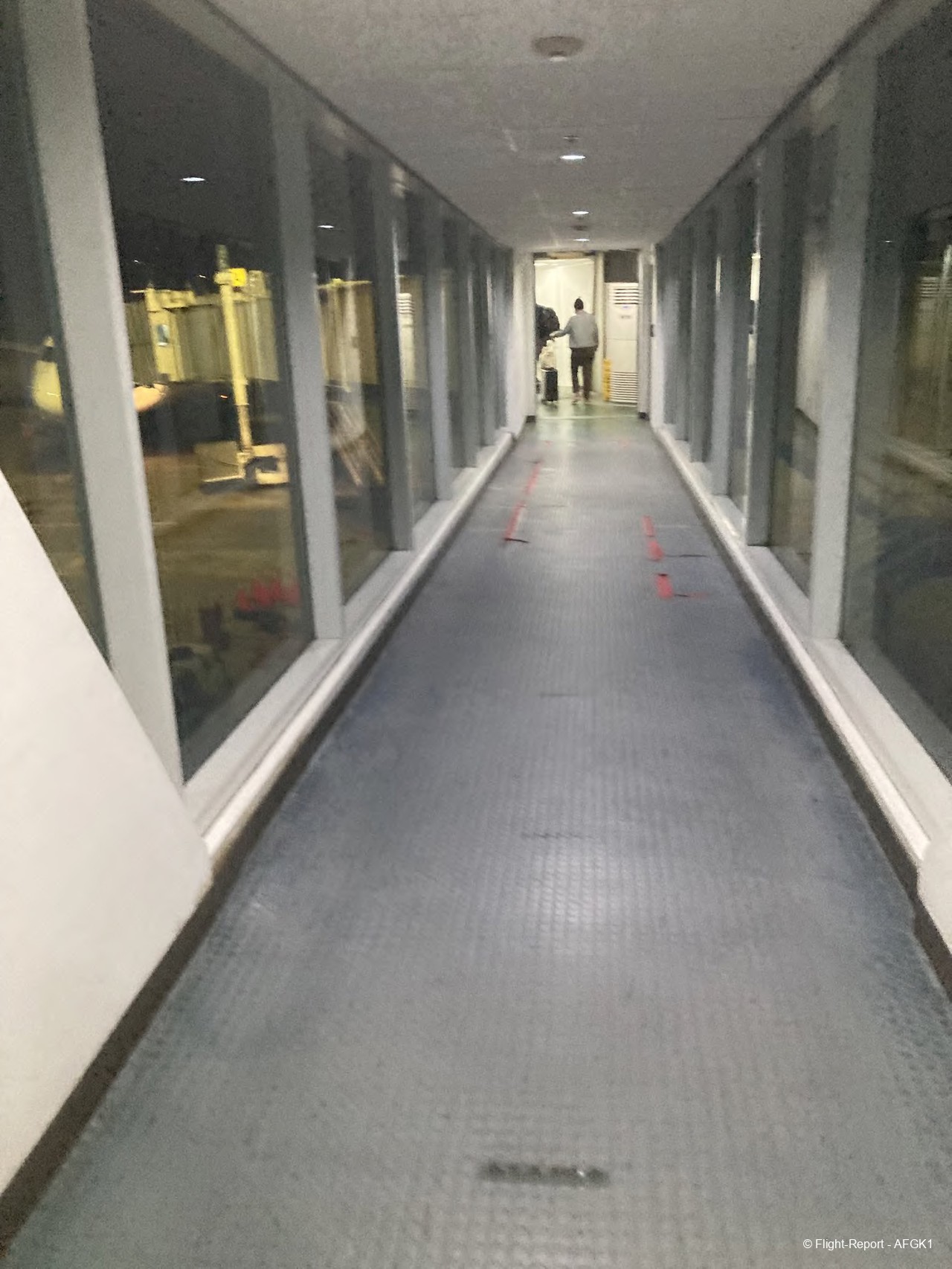 Since this plane was from the days of Airphil Express, all seats were of the same color, and there was no difference between the comfort class and the economy class seats save for a reserved sign on the headpiece. Since this was an aircraft from Airphil Express, there was not a single form of IFE to be found on this aircraft, even overhead screens. I guess this is fine considering the aircraft is meant for domestic hops. 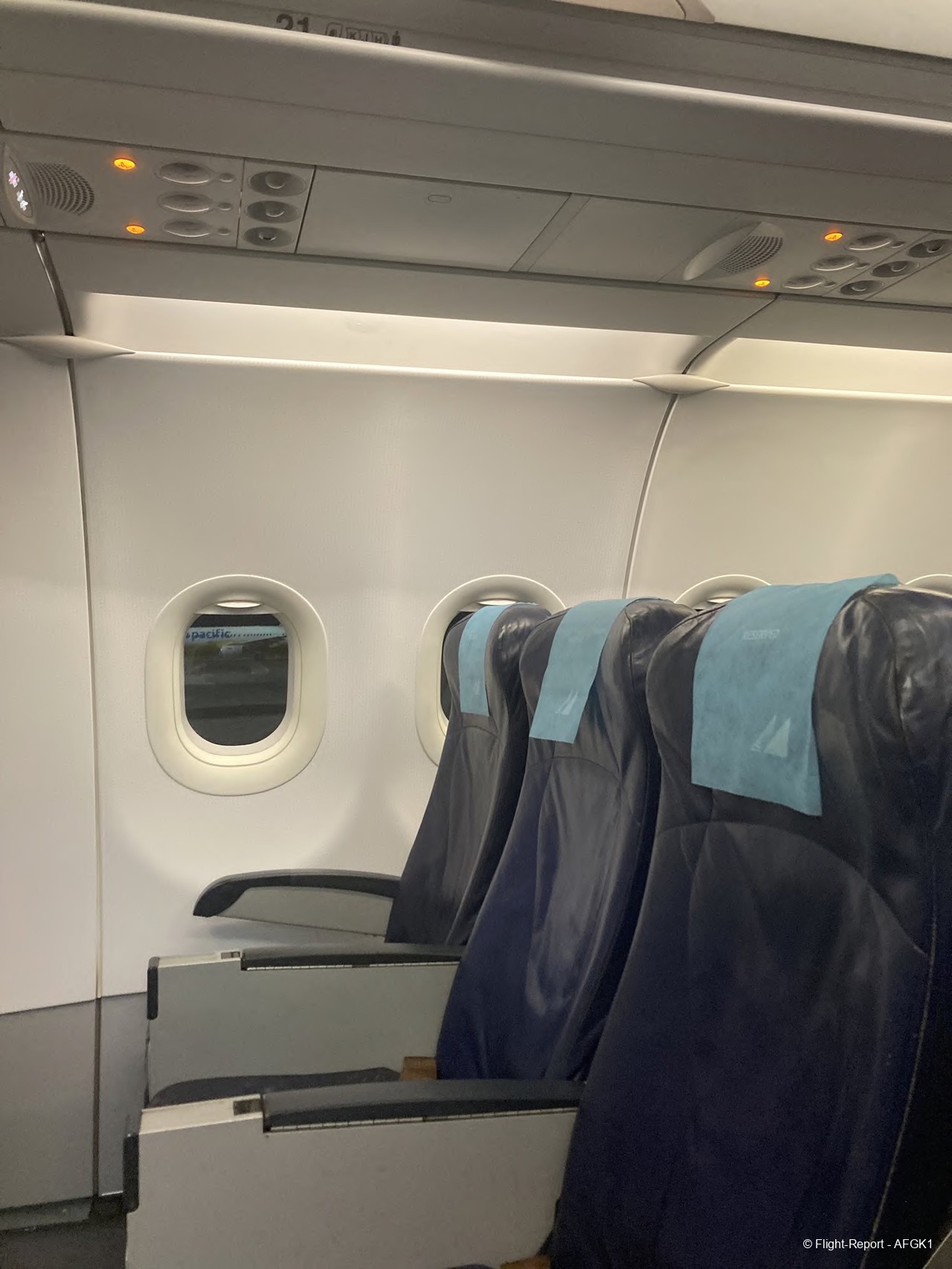 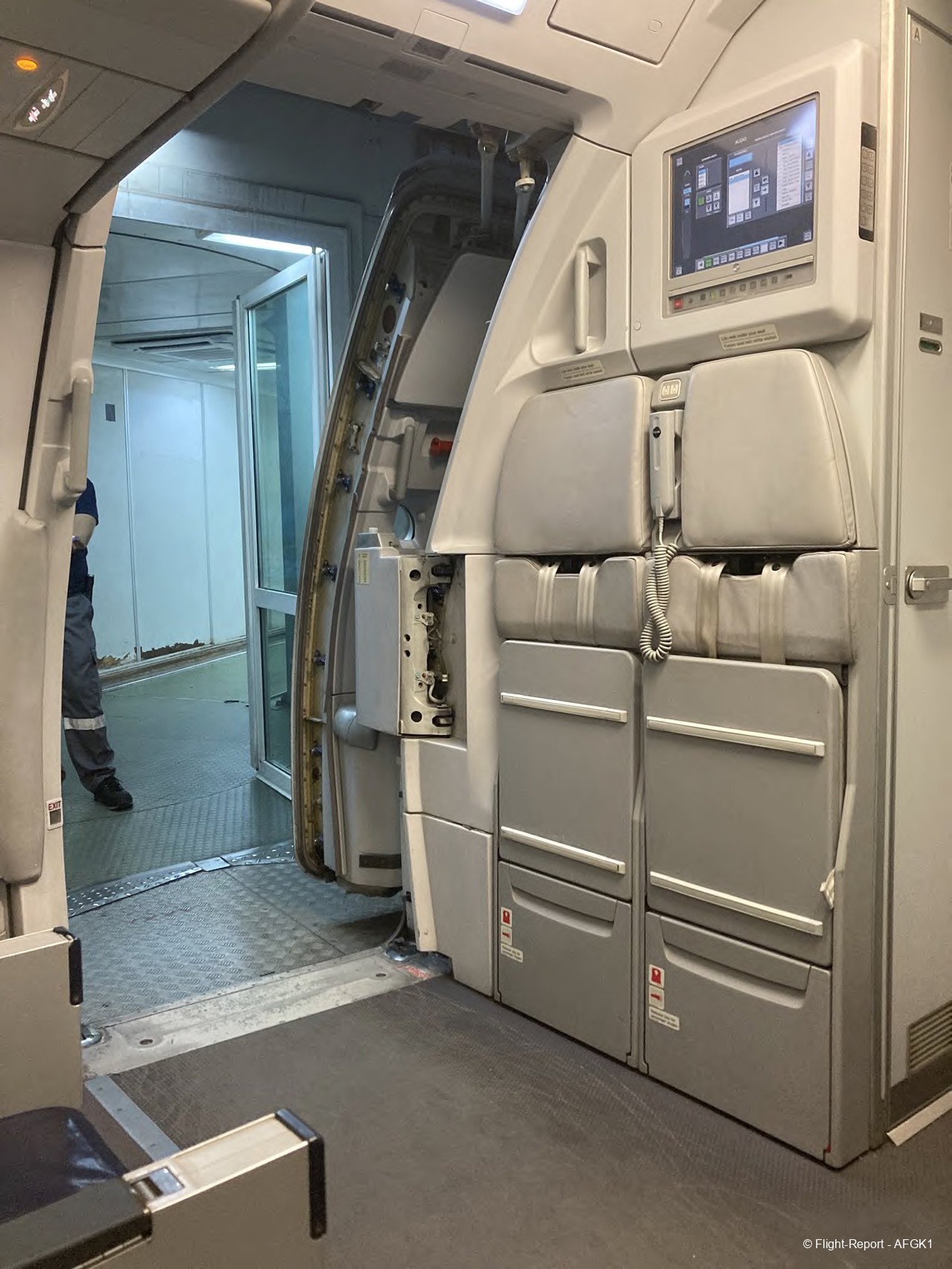 Legroom was decent on this aircraft. I was initially seated on the port side of the aircraft, though I was asked if I would be more comfortable to take a starboard seat since passengers were still boarding. 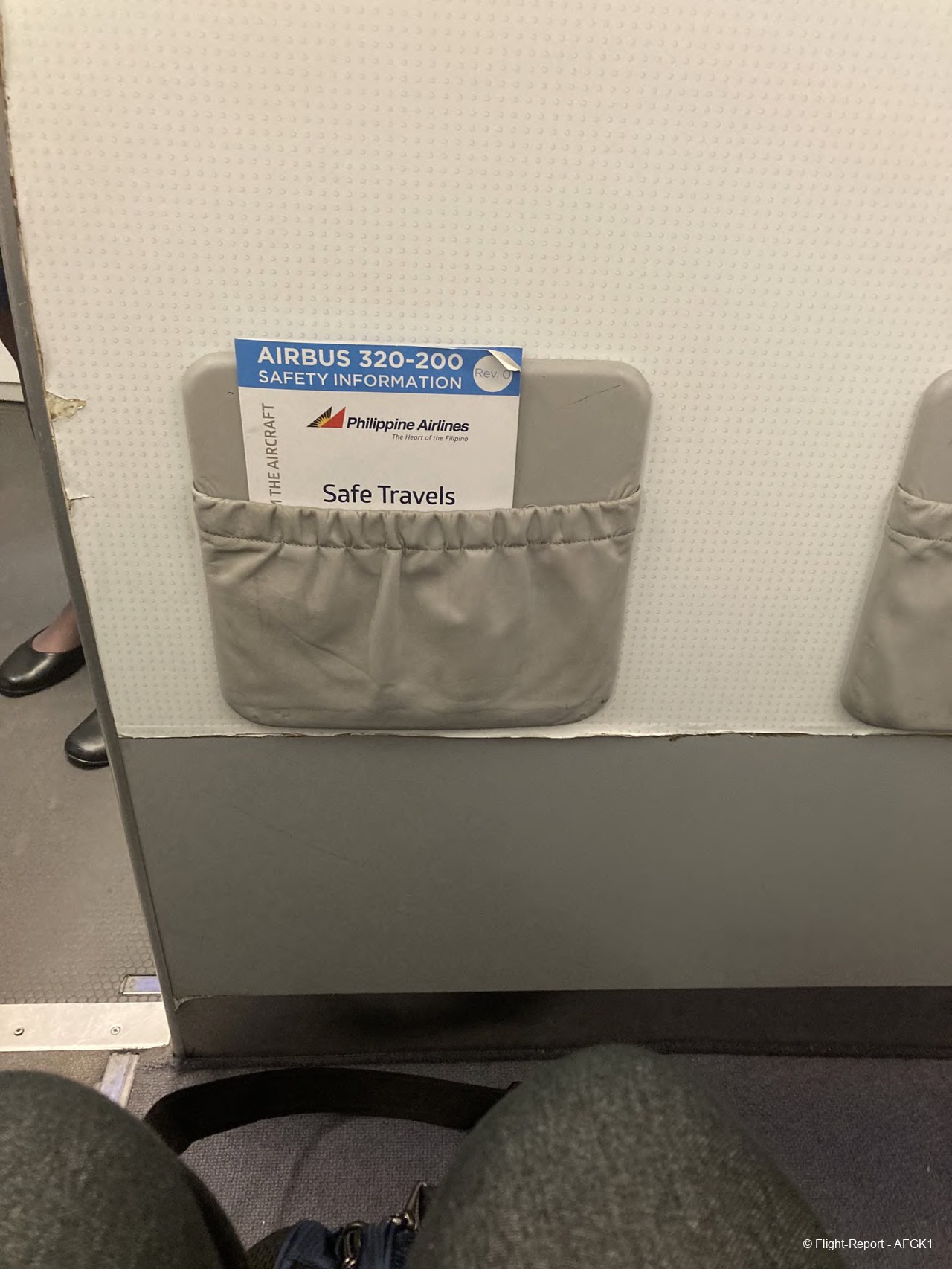 Soon enough, it was time to depart my hometown of nearly two decades. I can feel the despair yet the excitement of living somewhere new. 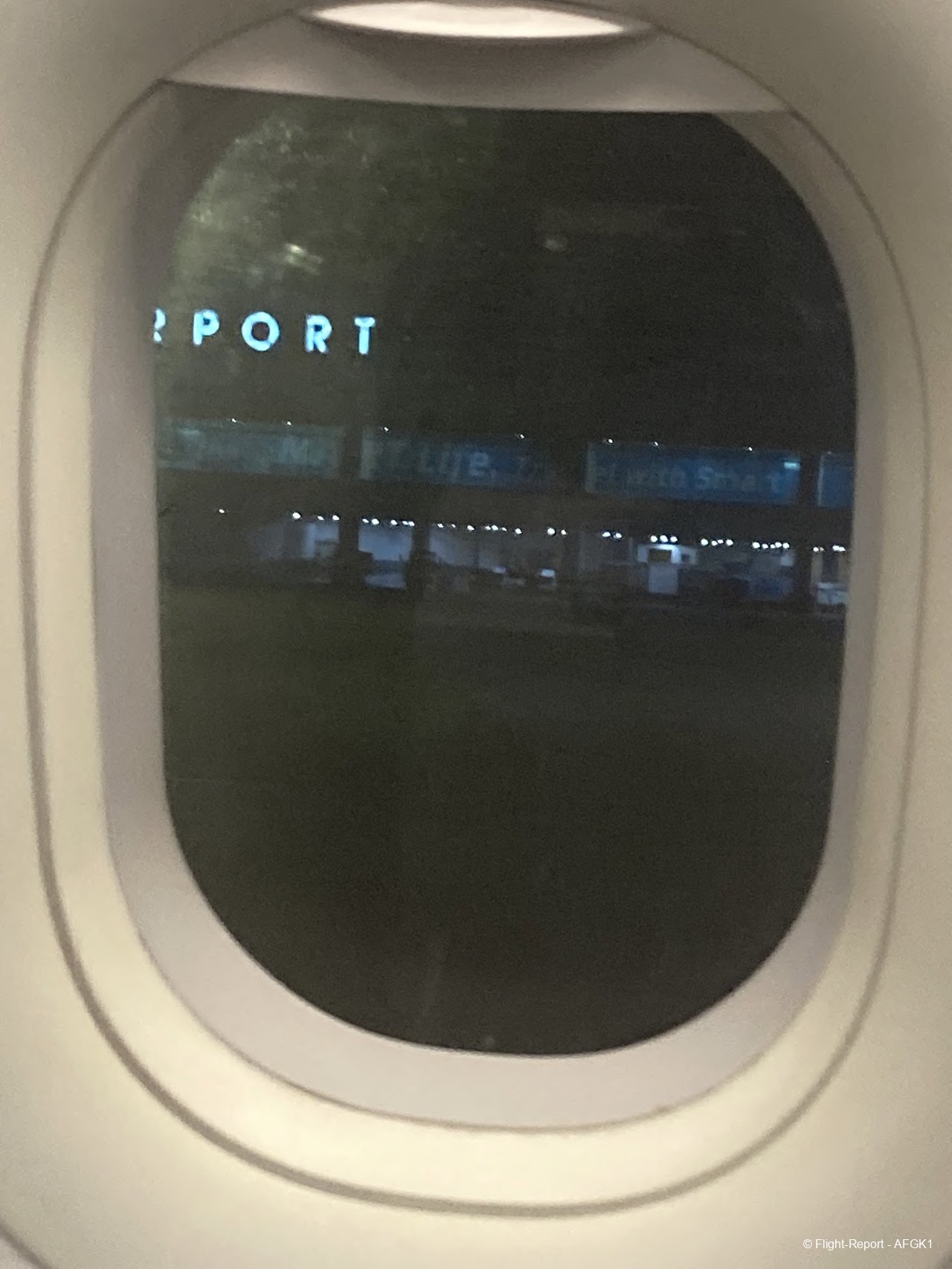 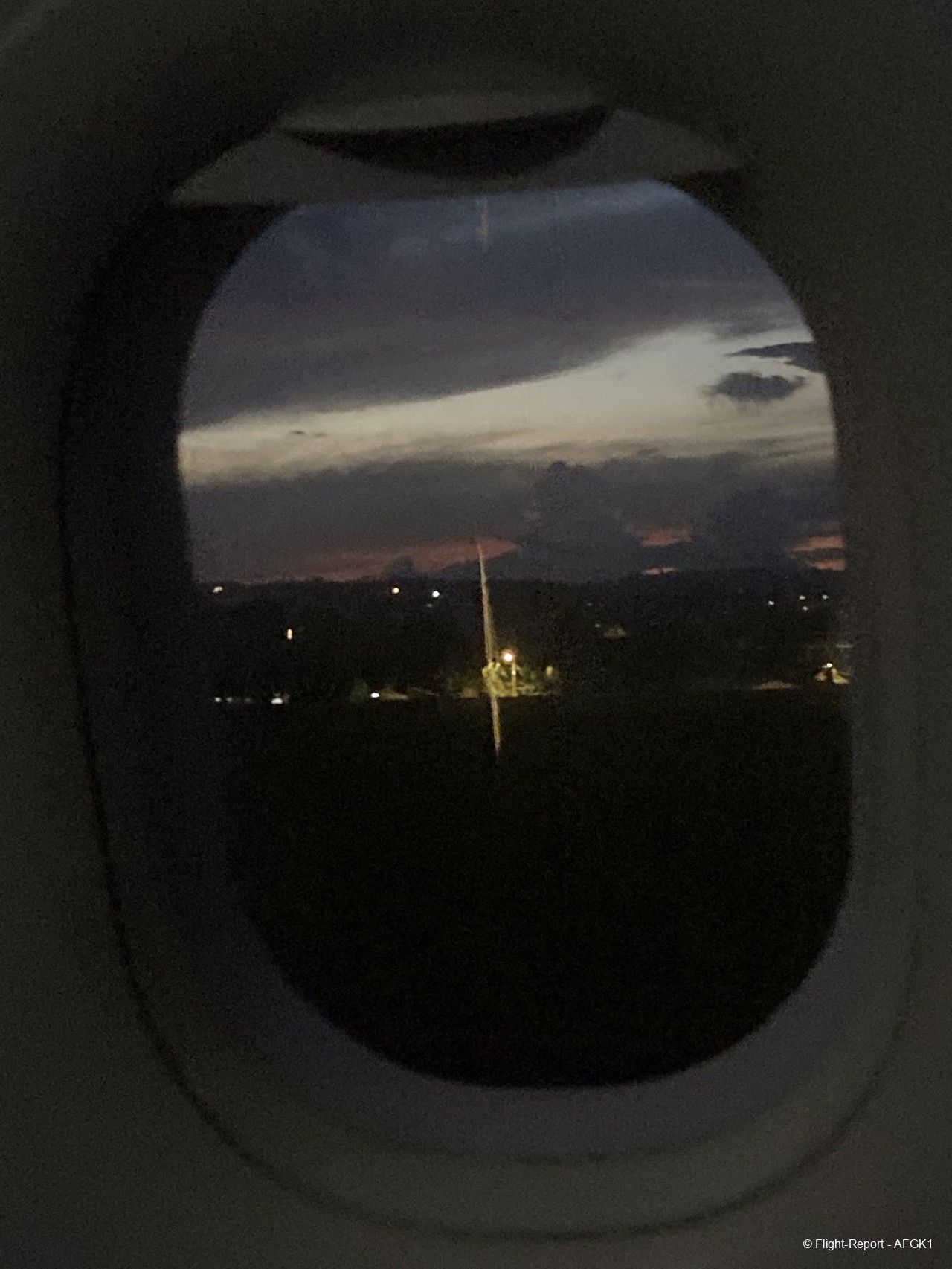 During cruising altitude, a flight attendant asked me for my choice between a ham and cheese sandwich or a longanisa (Filipino sausage) sandwich. She brought both choices on a tray, from which I chose the latter.  I was surprised to see that catering was done from Davao and not Manila, but it was still good nonetheless. I was also asked for my drink of choice between coffee, tea, and coke/coke light, together with a bottle of water. None of the hot options interested me, so I took the coke light even if it was early in the morning. The choices are definitely a step up from economy where you receive a pack of cookies and a choice between coffee, tea, or water. For some, it may be enough as a snack, though some (including myself)  might see it on the lighter side (even North American legacy carriers offer a wide array of drinks, and PAL also used to serve heavier fare like bread rolls and sandwiches), though I digress. 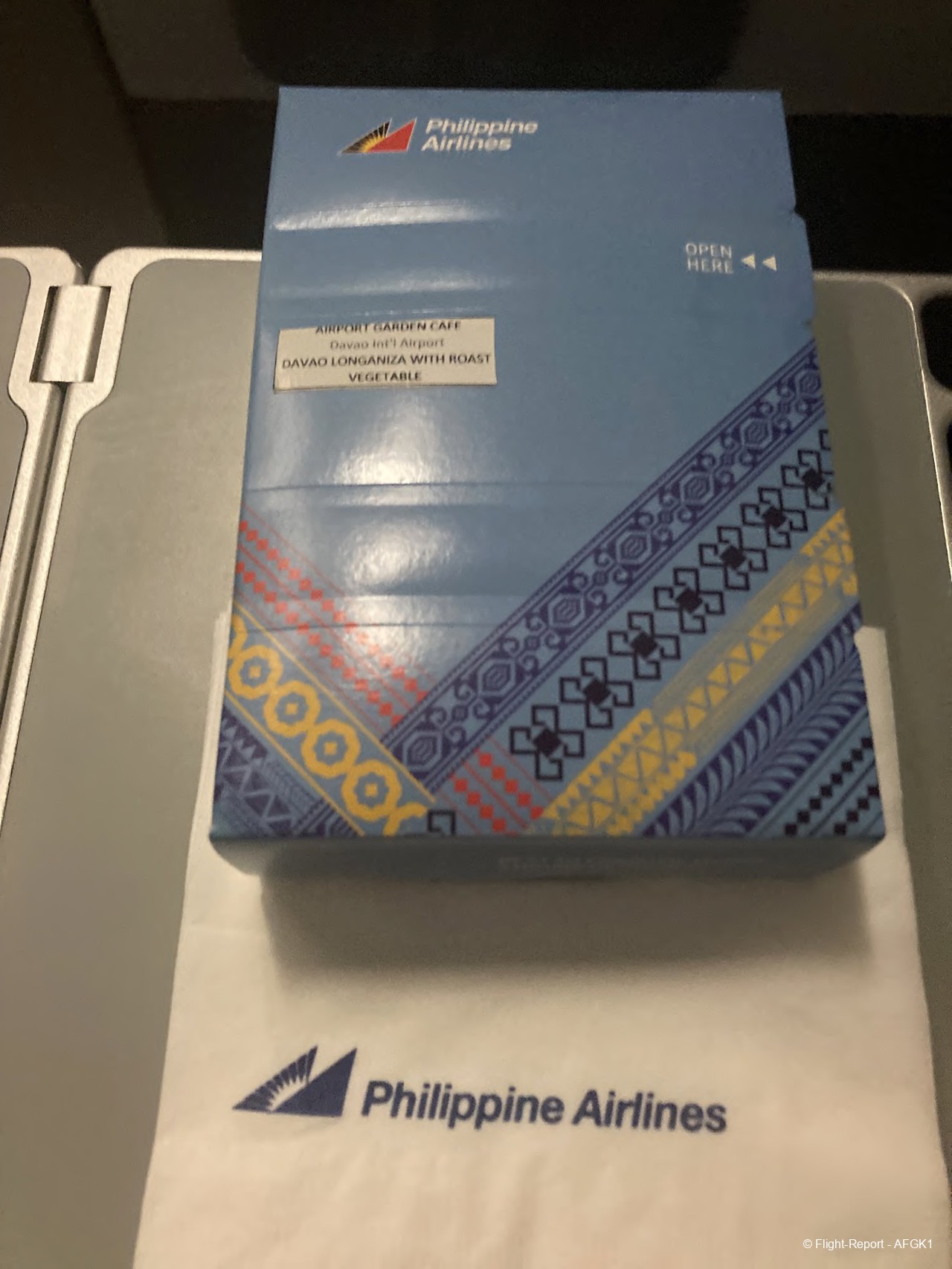 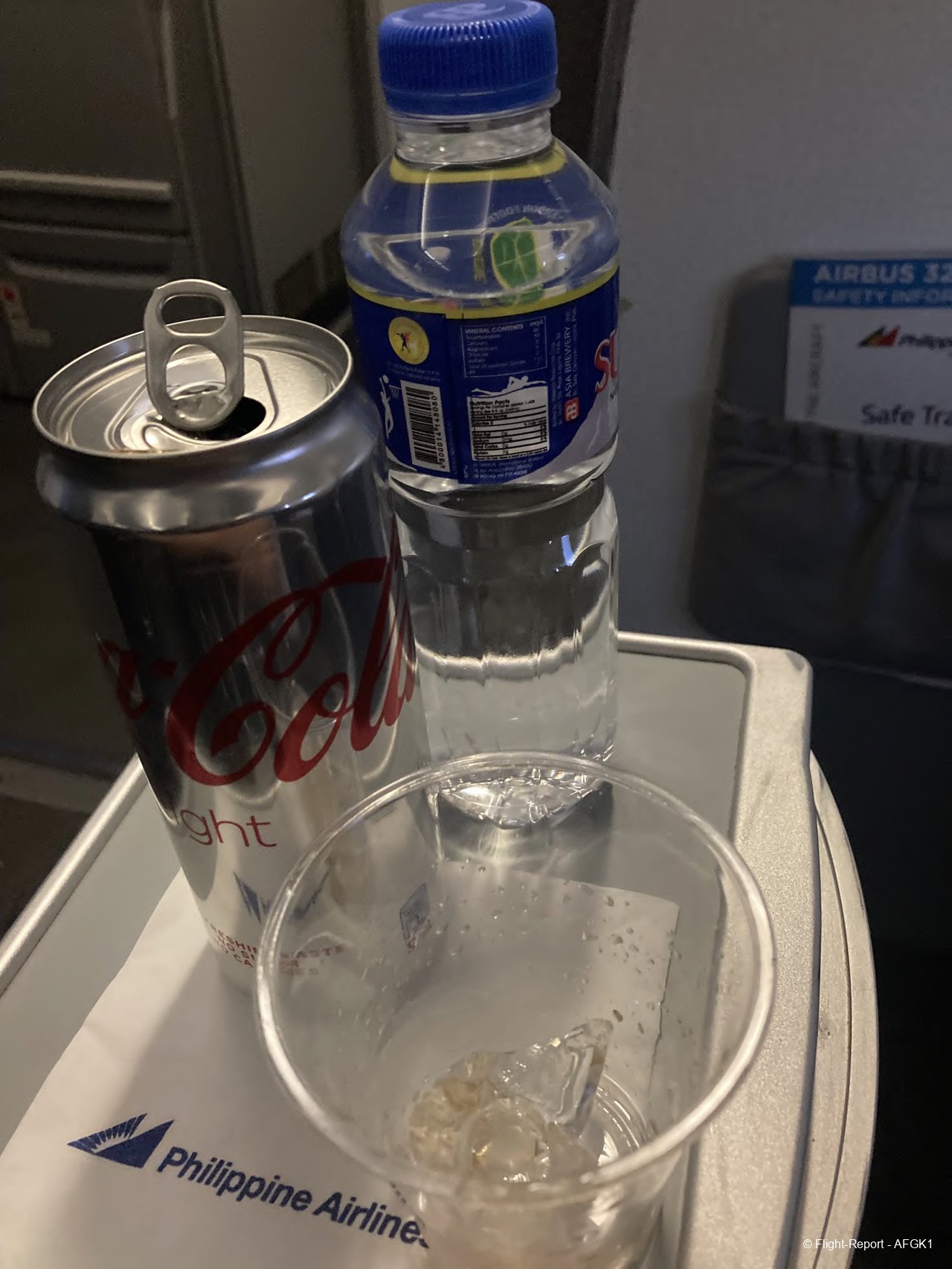 The rest of the flight was uneventful and we arrived in Manila as scheduled. You can pretty much see concrete jungles, but I wasn't going to be here for too long anyways. 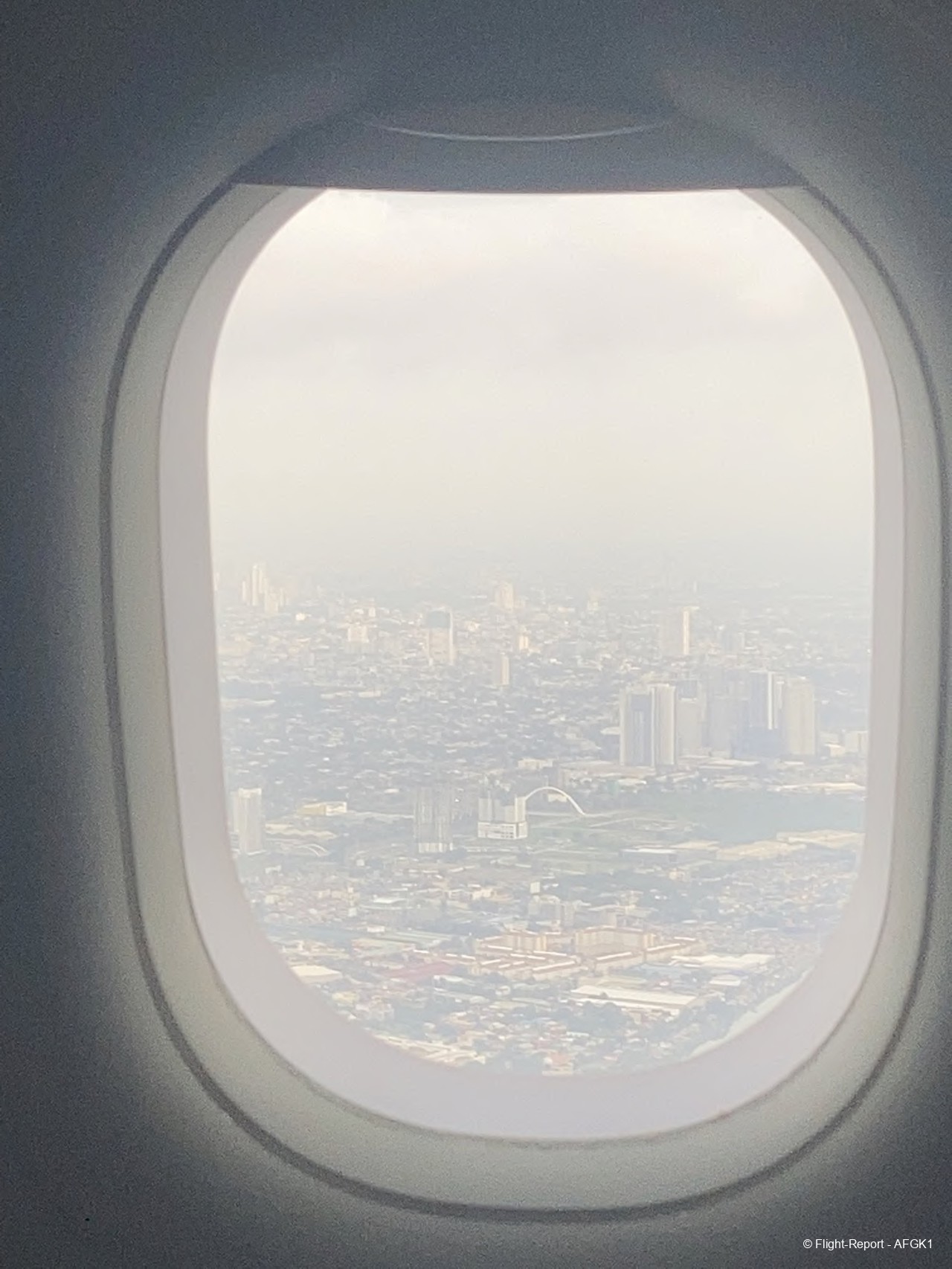 We soon landed at Ninoy Aquino International Airport at around 6:30 in the morning. Saying goodbye to my aircraft! Passing through baggage claim- no, we don't have to claim any this time around. It's a mad dash to the international departures. Before that however, I went through the transfer desk. Since terminal two's international and domestic wings are separated, you would have to go outside to get from one to another, and thus you need to go through the general security check (this is different from the second and more thorough main security check) before getting inside the terminal. Because of this, I find the layout slightly annoying and confusing, but it was not that much of an inconvenience. 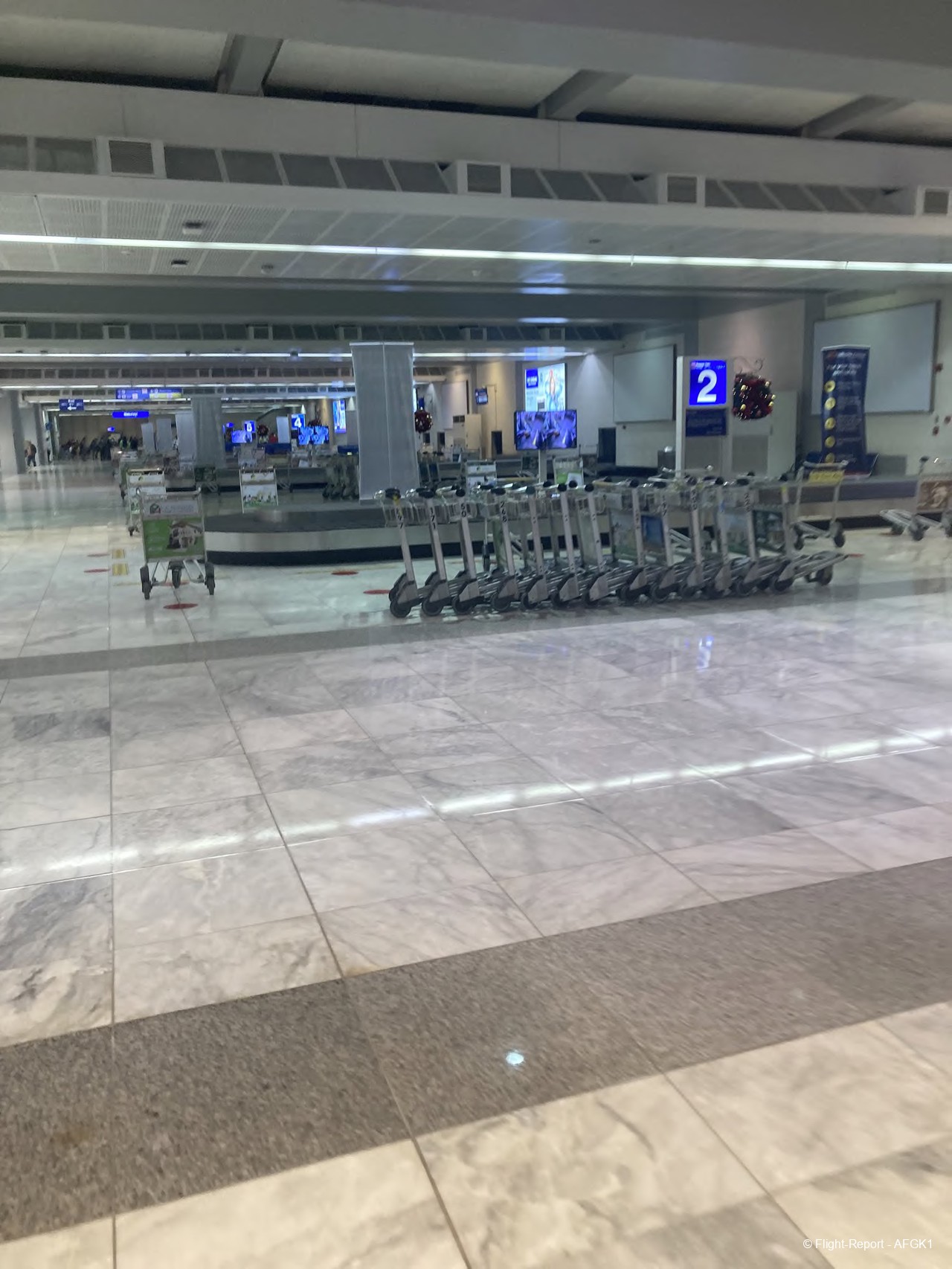 Anyways, that's it for the first leg of my relocation flight! Thank you for accompanying me in my first report in a very long time. Please stay tuned for the second leg of the report!

This flight onboard PR 2808 was relatively uneventful, which is usually the norm for domestic flights. While the plane showed signs of wear and tear, the service was still warm and great. It was a pleasant flight overall. See you on the next leg!

The contributors of Flight-Report published 3 reviews of 1 airlines on the route Davao City (DVO) → Manila (MNL).

The airline with the best average rating is Philippine Airlines with 7.7/10.

He wrote 8 reviews about 3 airlines and 5 airports.