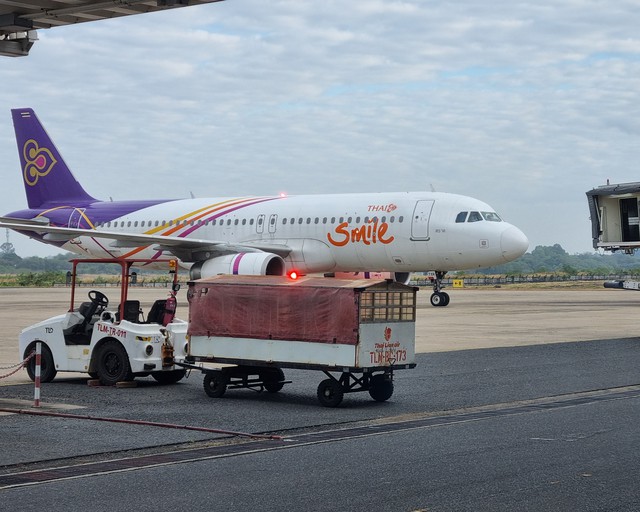 #26 out of 77 Airlines A minimum of 10 flight-reports within the past two years is required to appear in the rankings. 34 reviews

After spending a few nights with my wife at their parents house in Sisaket, It was now time for us to enjoy the remainder of our time in Thailand and the first stop would be Chiang Mai. The plan was originally to take the direct flight of Nok Air from Ubon to Chiang Mai, but about a month prior to the flight we received a notification that the flight had been canceled for operational reasons and yet to date I am waiting for the refund to be paid back…. Nok Air didn't give me any solution either to get to Chiang Mai via Don Meaung, so i decided to book a different ticket with WE & PG to get us to Chiang Mai.

Given the early departure and a good solid drive of an hour, the parents of my wife insisted to us that they'll drop us off at the airport, so we left Sisaket at around 6 AM to catch our flight of 8.25 AM from Ubon Ratchathani's Airport. 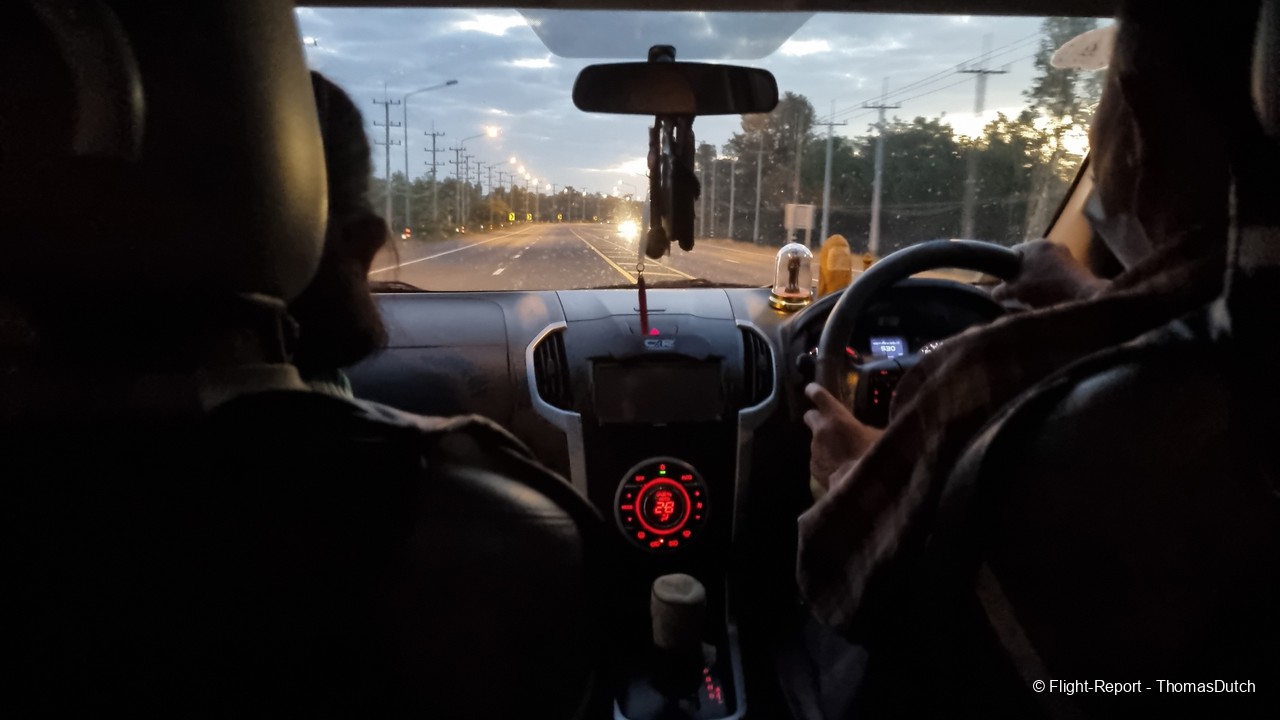 With about 1 hour 20 min to departure, the family dropped us in front of the terminal and our goodbyes were said. 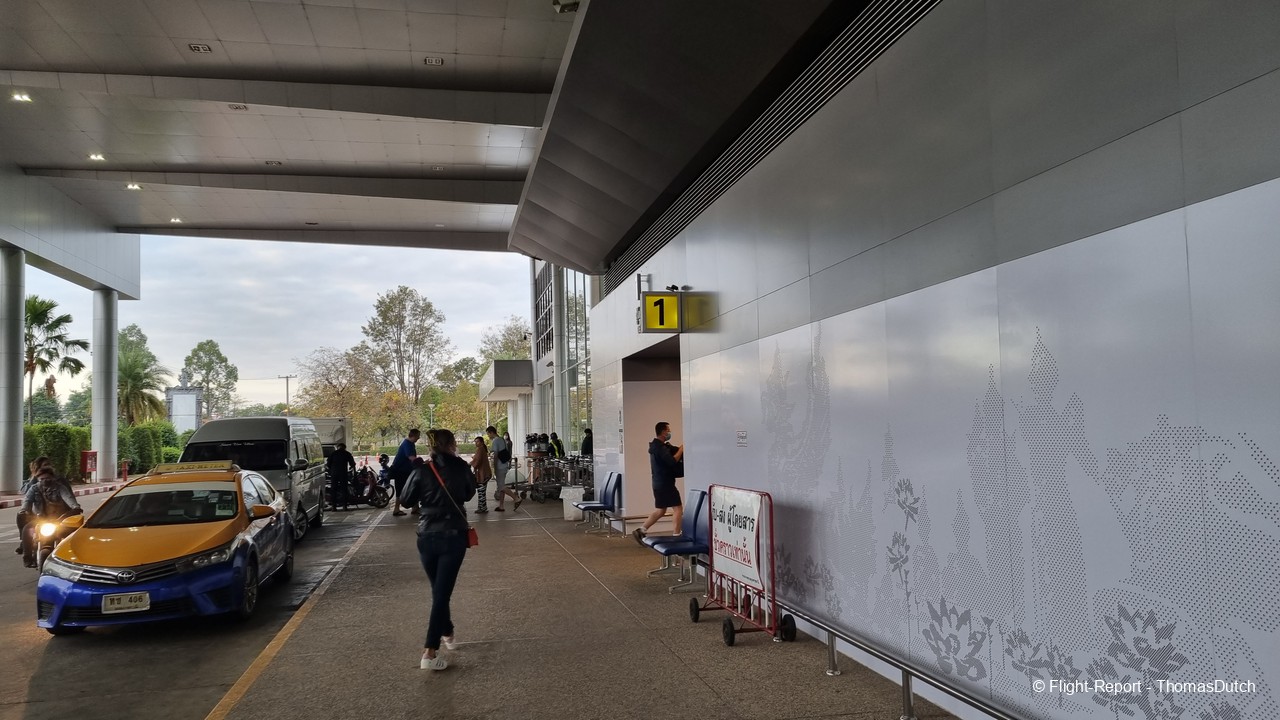 The terminal building isn't the newest nor is it the most beautiful in design, yet it is practical, clean and does the job. 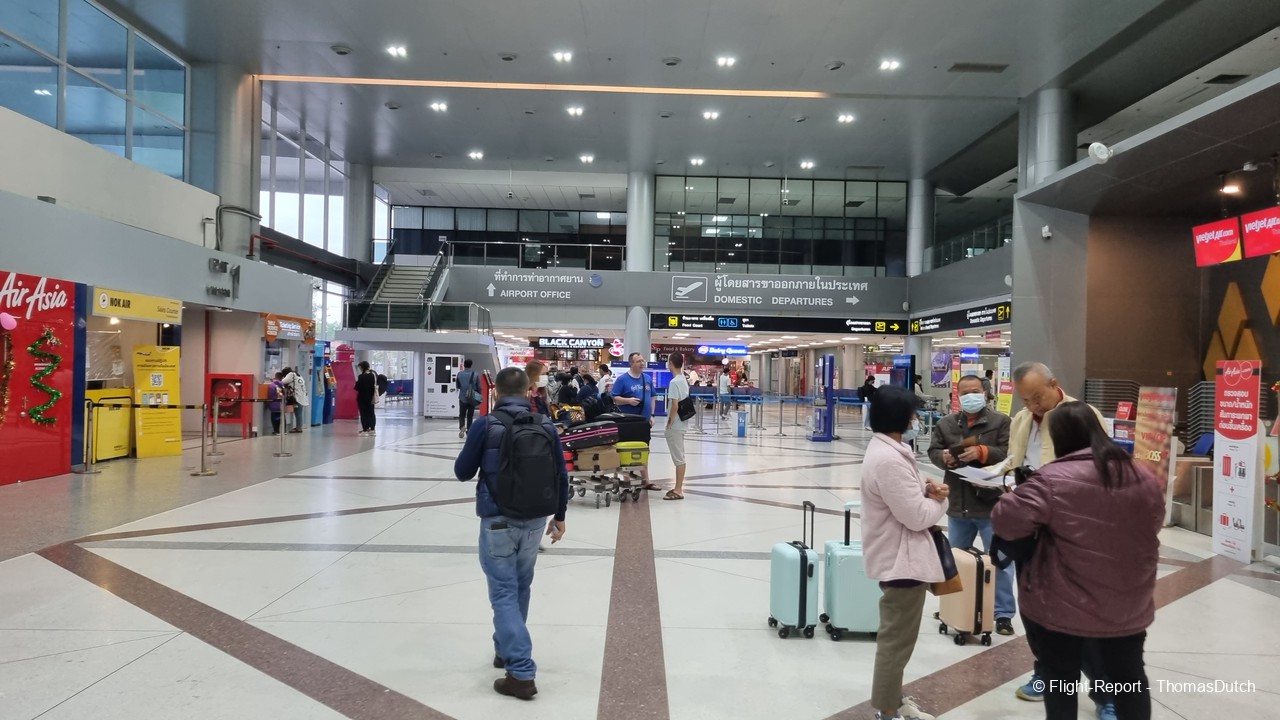 Three check-in counters were used to check us in for our flight to Bangkok, which was more than sufficient as it took only five minutes or so for us to be helped by one of the ground agents. 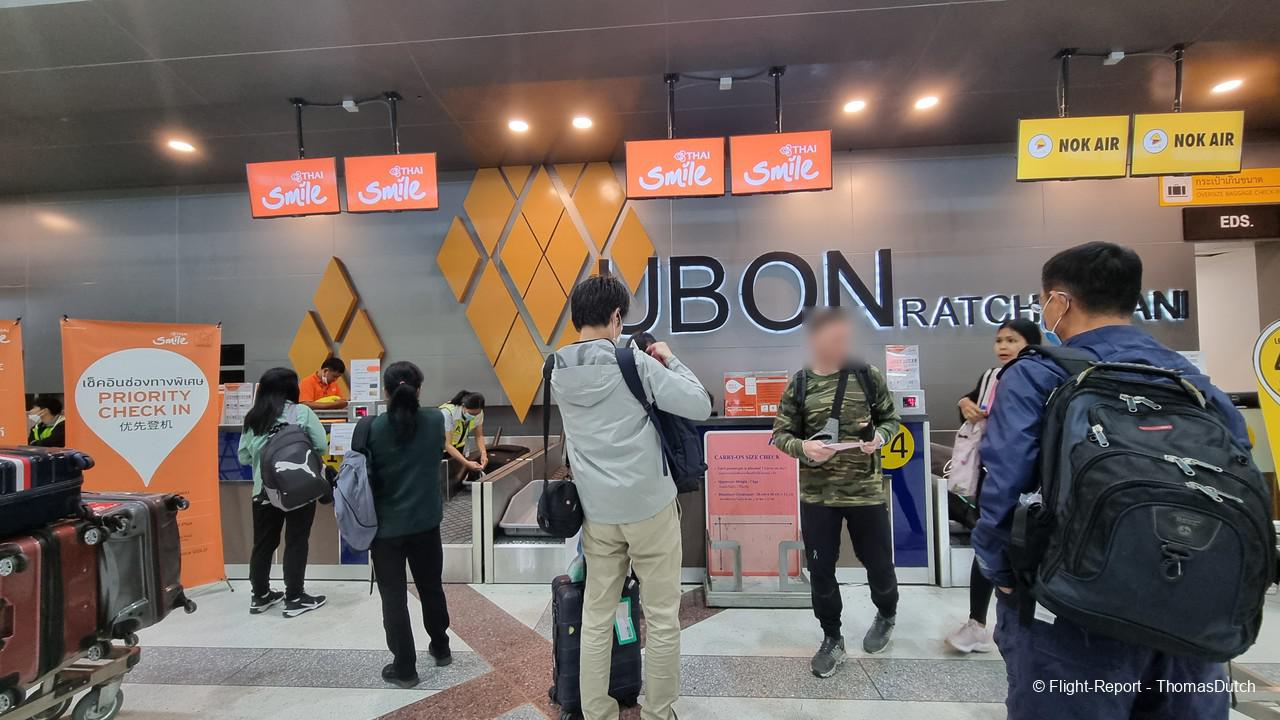 Given that there isn't a lot to do past security, we decided to grab us a cup of coffee with a small snack to fill our tummies for the early morning with Black Canyon Coffee as we didn't eat anything till now. 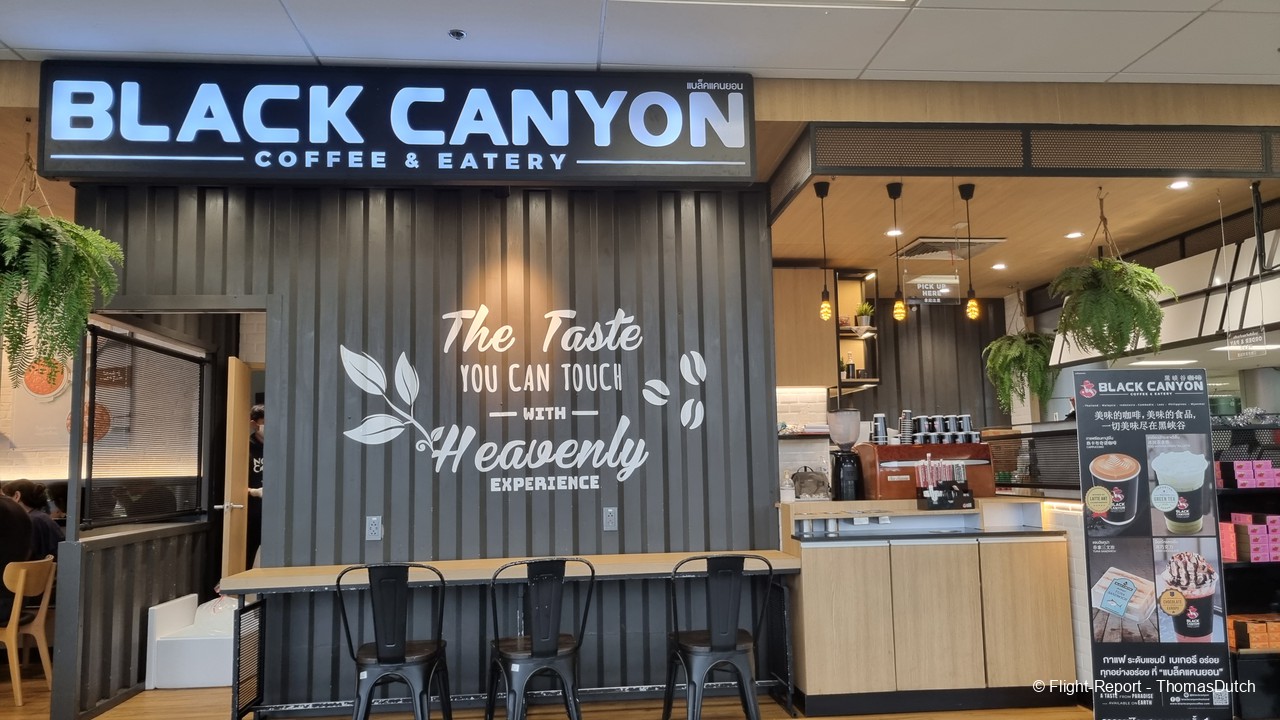 With about 20 minutes to boarding, we decided to go through security which did not take more than five minutes or so. Security is a bit tedious for me as I usually have plenty of electronics with me, so somehow my bag is always picked out with most of my electronics already being separated in a different bin. They always manage to find something else….. This time it was the bottle of water of Thai Smile from my previous flight, which I simply forgot I've had with me all this time.

Luckily Gate 5 was in use for our flight today, which is the gate they're using for the jetbridges. 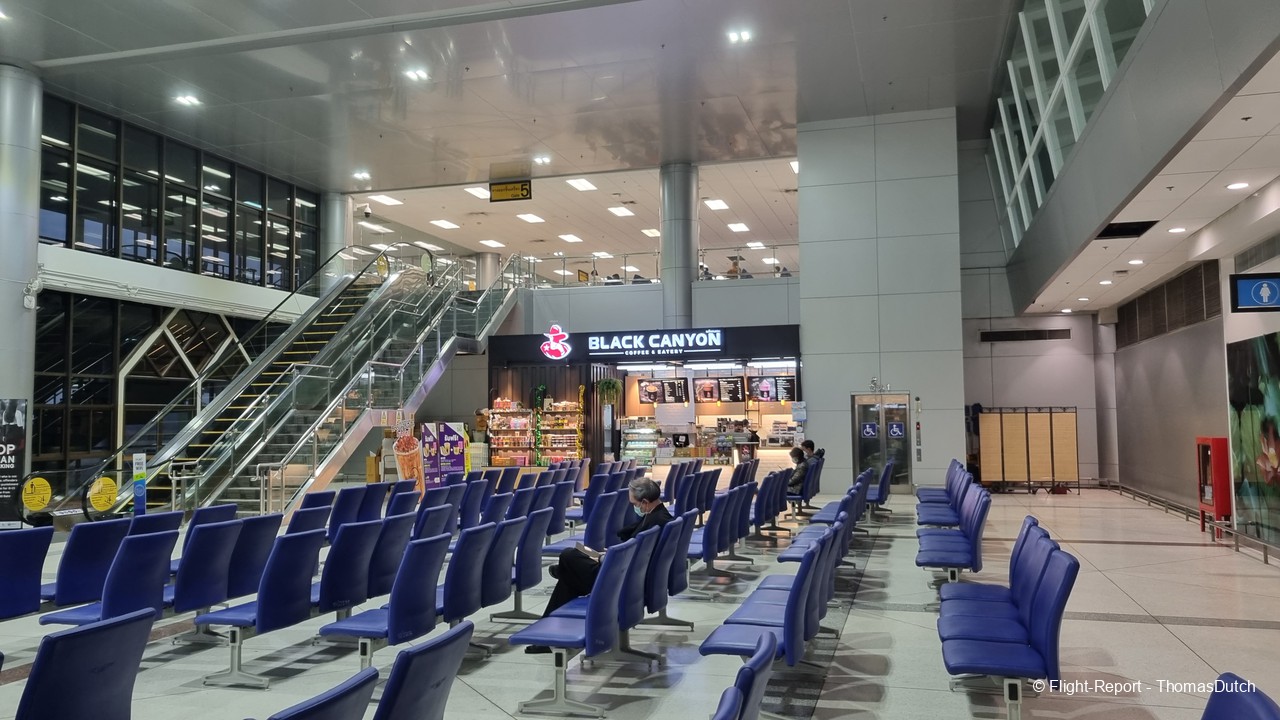 Just as we were about to proceed to the gate, Thai Smile's inbound flight to Ubon just landed on Runway 05. 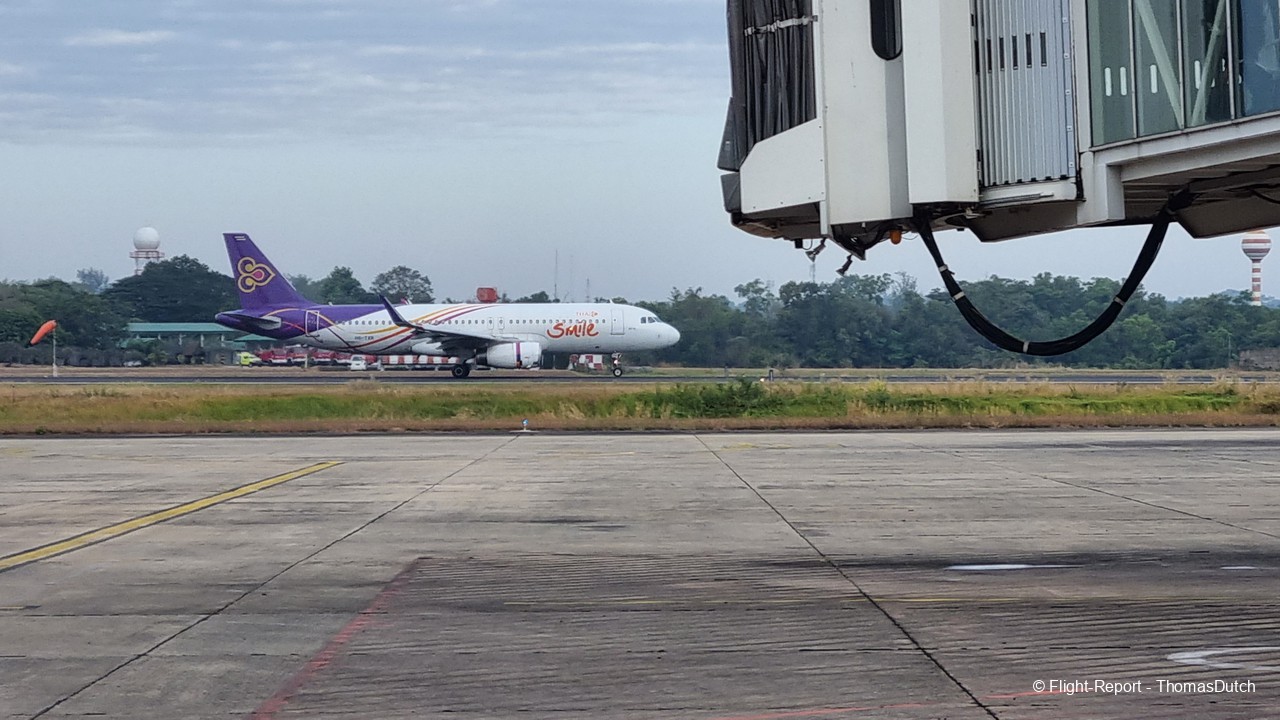 Today's flight would be operated by HS-TXR, an 8.1 year old Airbus A320 that has solely been flying for Thai Smile since december 2014 and has been named after the Thai province of Trat. 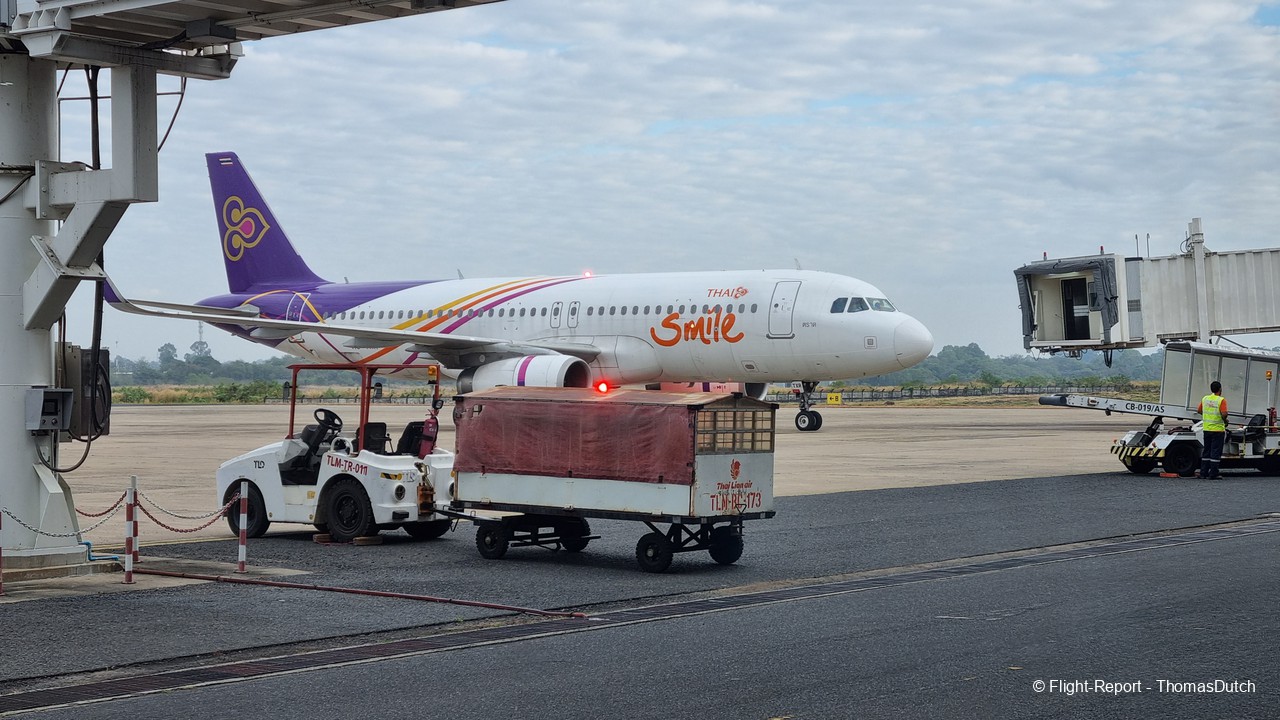 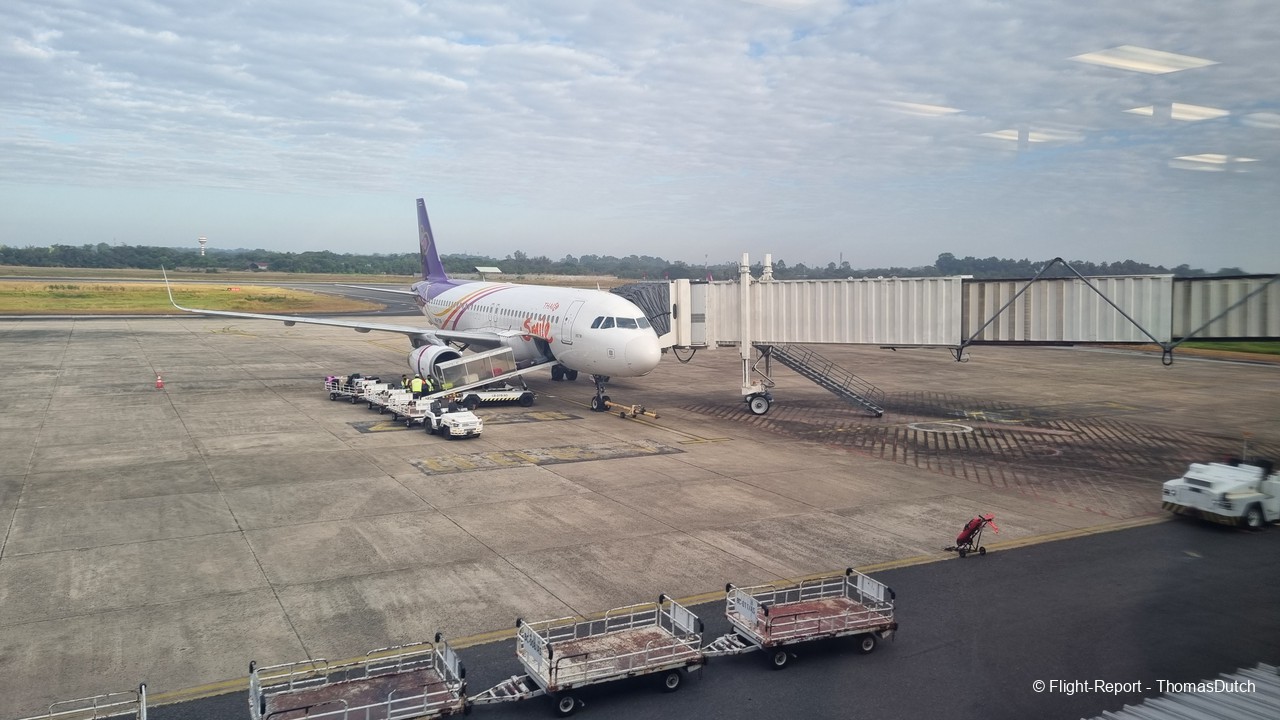 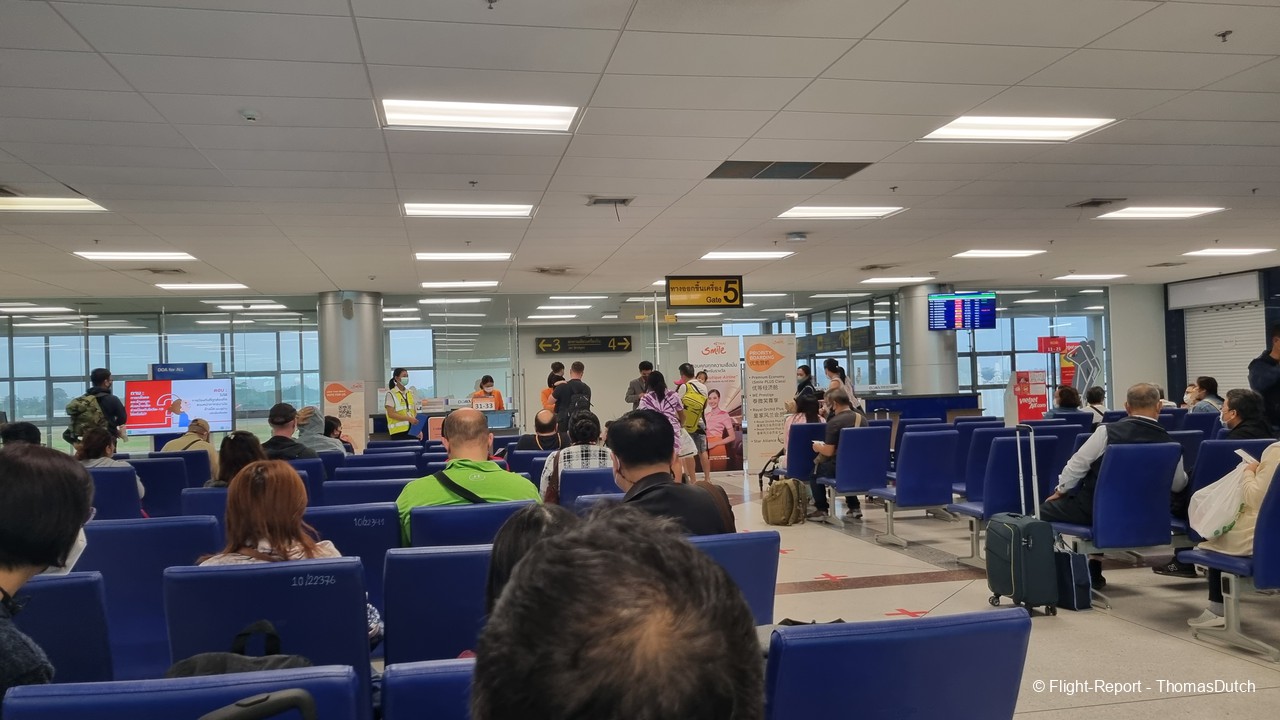 Once it was our turn, my wife and me were greeted by the friendly and chatty flight attendant and gave us directions to our seat. Seat 52F somehow felt more spacious to me than seat 50A. 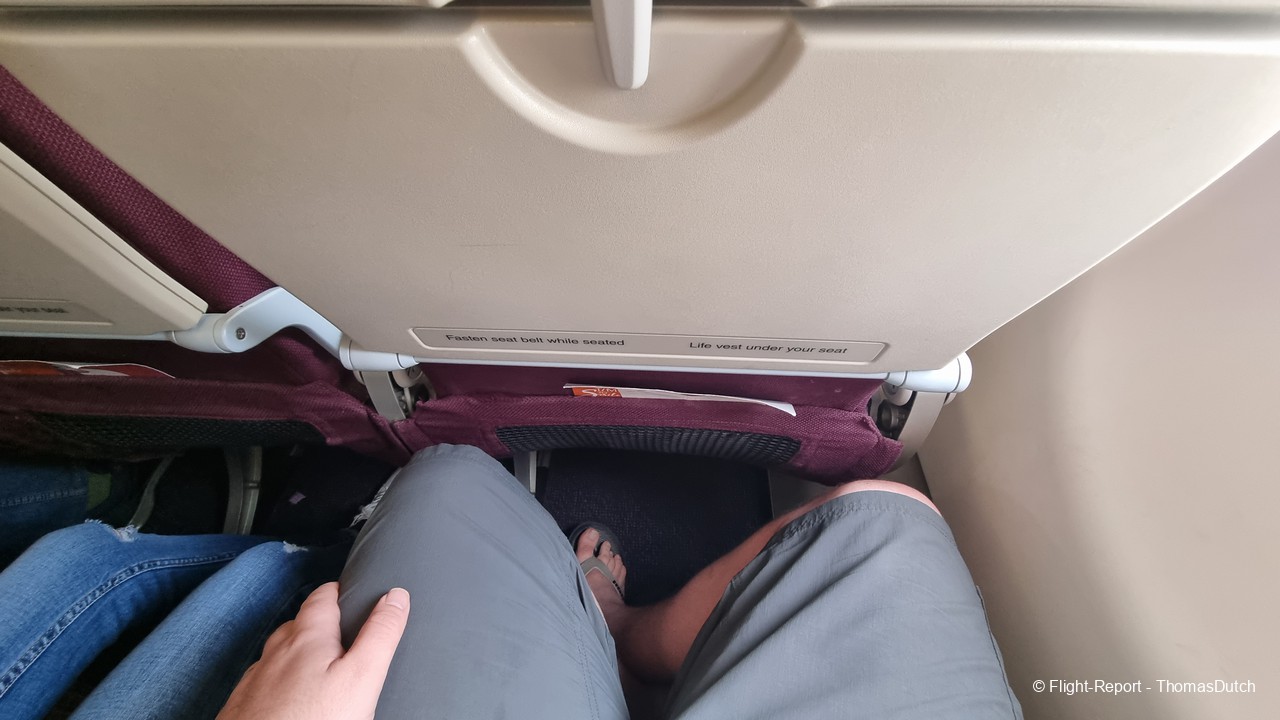 Individual airvents and reading lights are available at your seat. Despite the very short turnaround in Ubon, the cabin was pretty clean and showed almost no signs of wear, which is impressive for a bird that has been in service for more than 8 years. 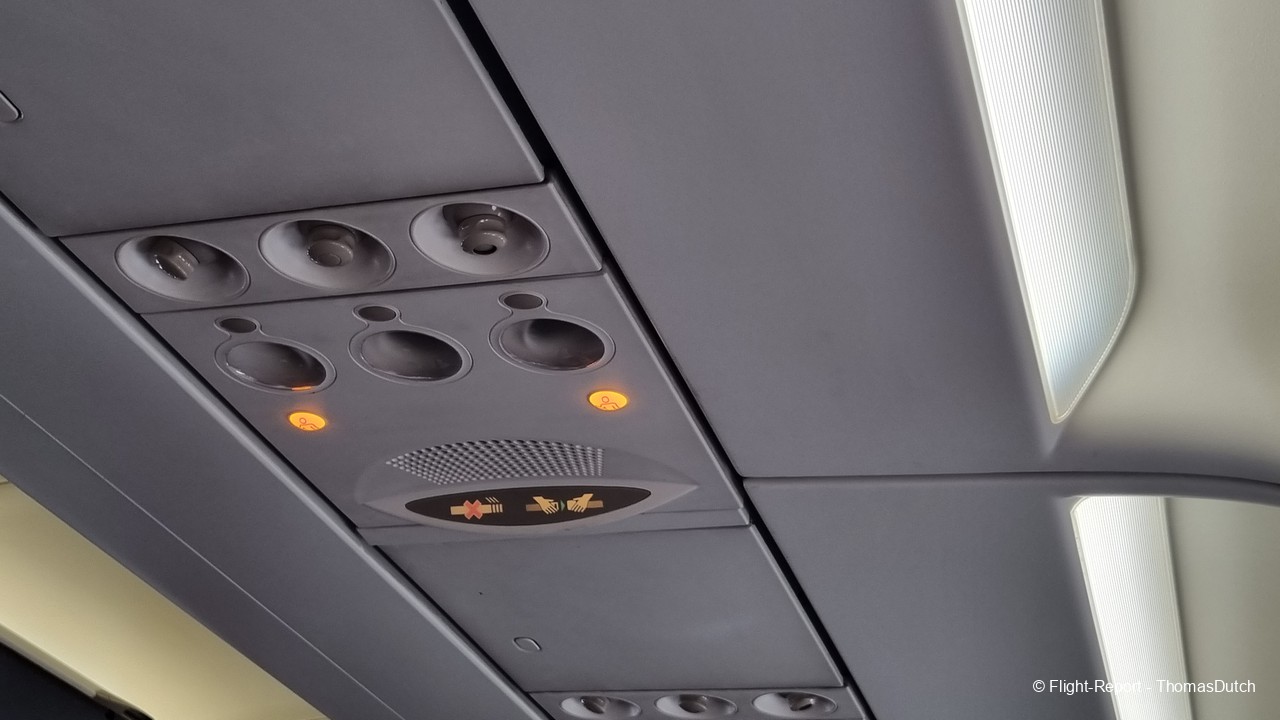 Boarding was still in process. 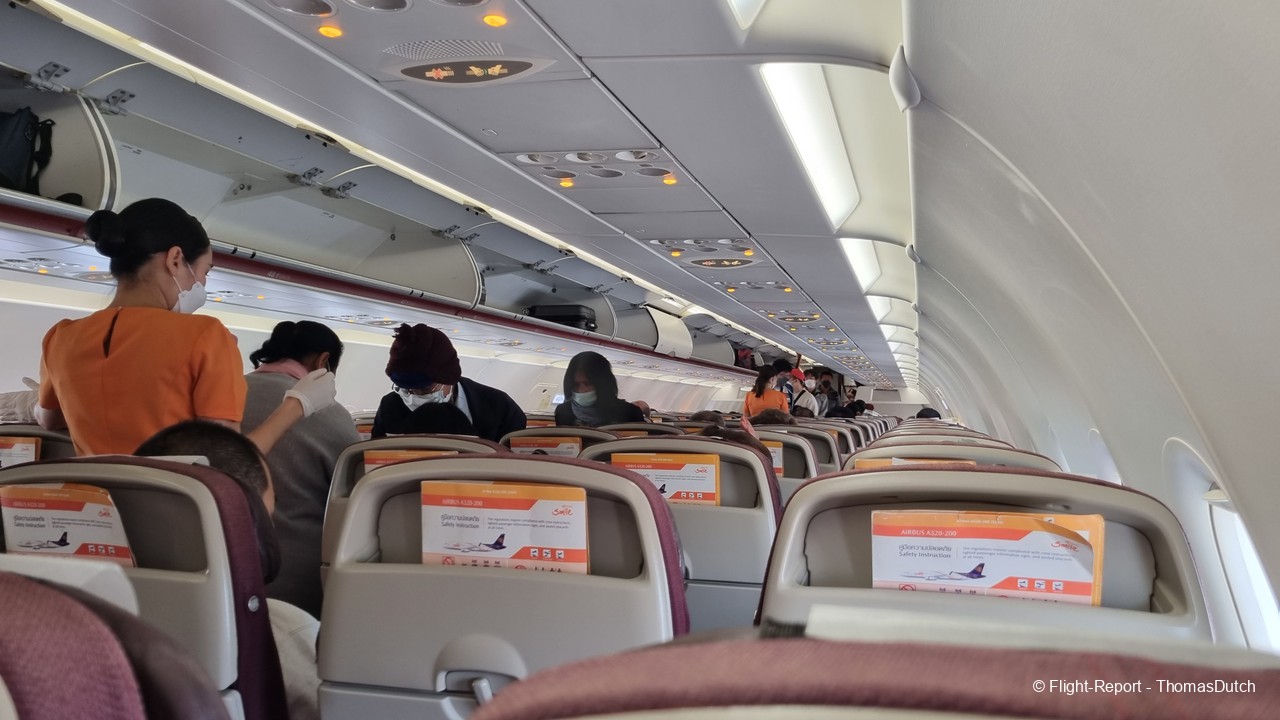 The literature was still the same as the previous flight containing a safety card for the Airbus A320 of Thai Smile, a sickbag and a card promoting that you'll receive miles or discounts if you spent for a certain over an certain amount of money on their website for products. 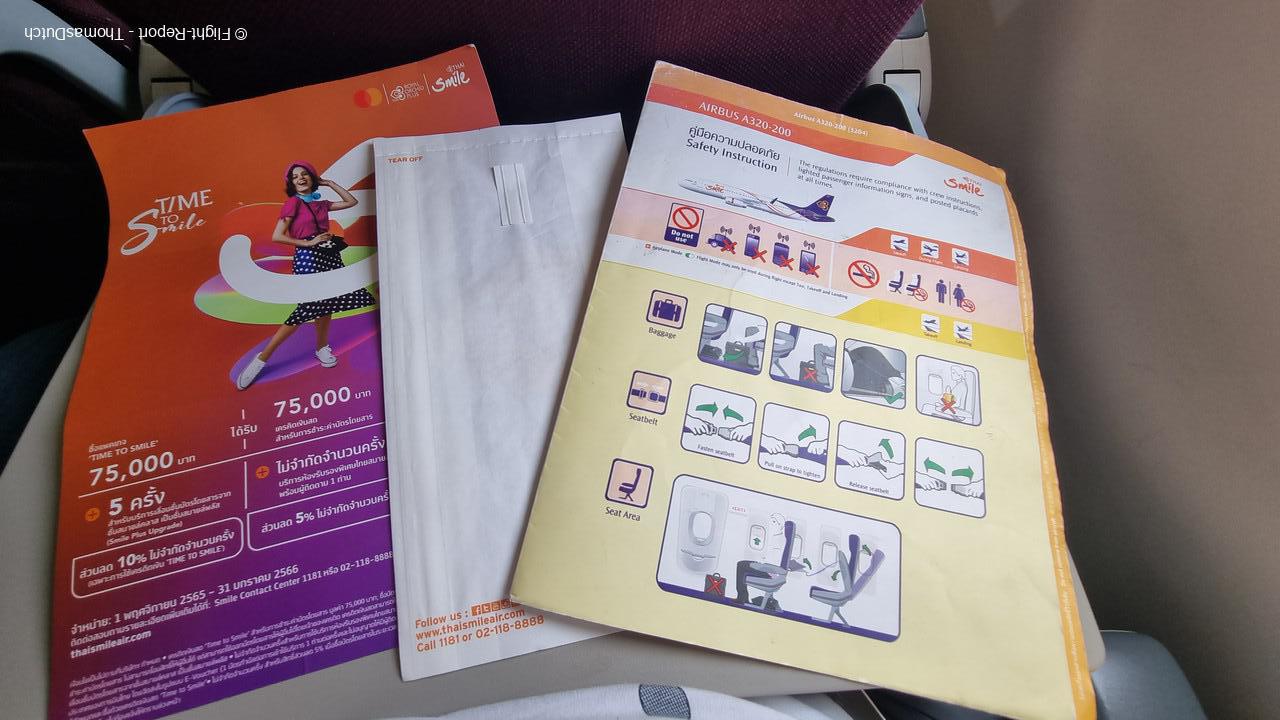 Pushback was one minute ahead of our scheduled departure with a short taxi to our departing runway, though we had to hold there for a few minutes due to an incoming Boeing 737-800 of Thai LionAir. With an early 180 left turn, the aircraft was soon in the correct direction for a straight line to Bangkok Suvarnabhumi. 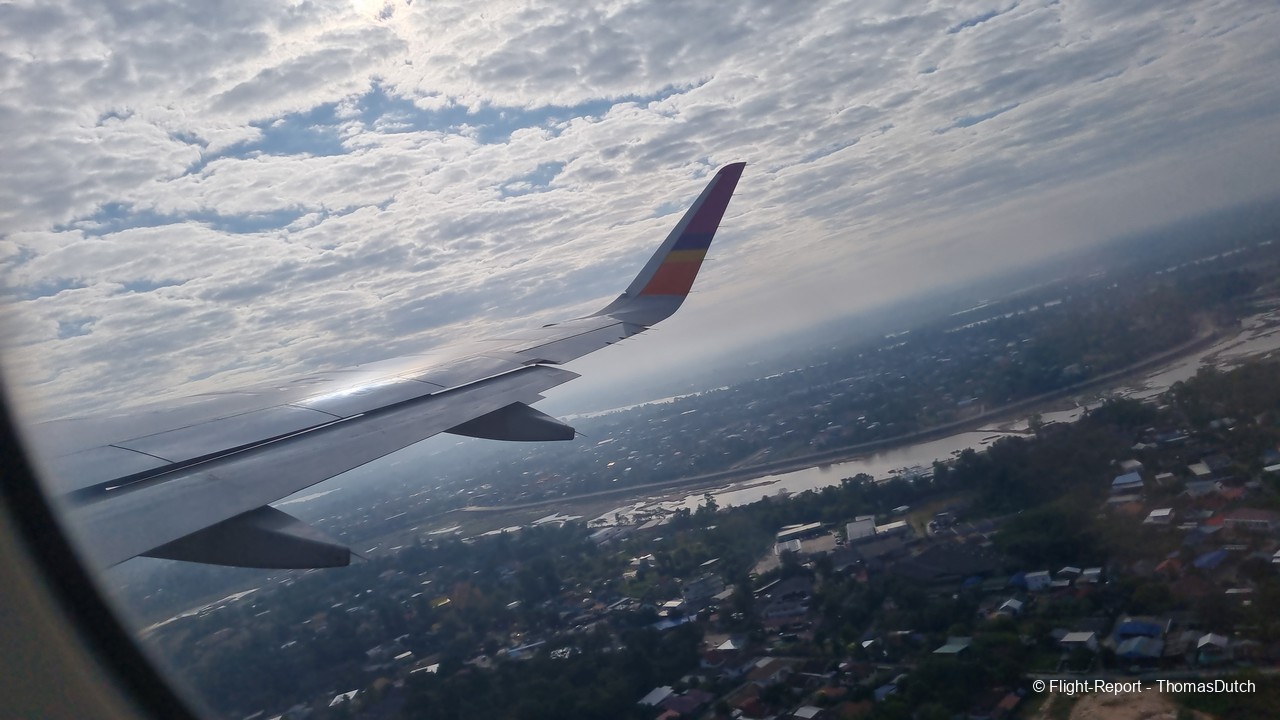 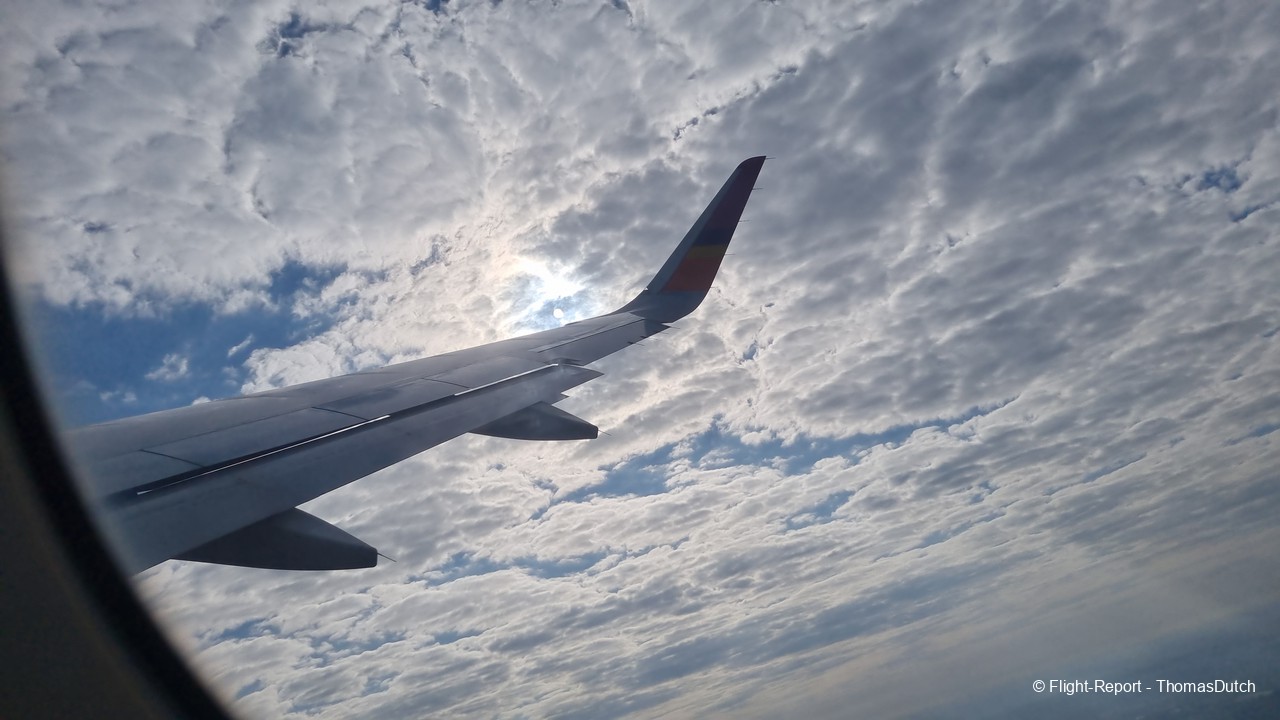 Shortly after departure we received another light meal like the previous flight with the same context. Though the decoration for the cake was now changed to a Santa Claus decoration on a chocolate cake, which tasted just as chemically as the green one from the first flight. The usual advertisement of Thai Smile was shown once again during the mealserivce. 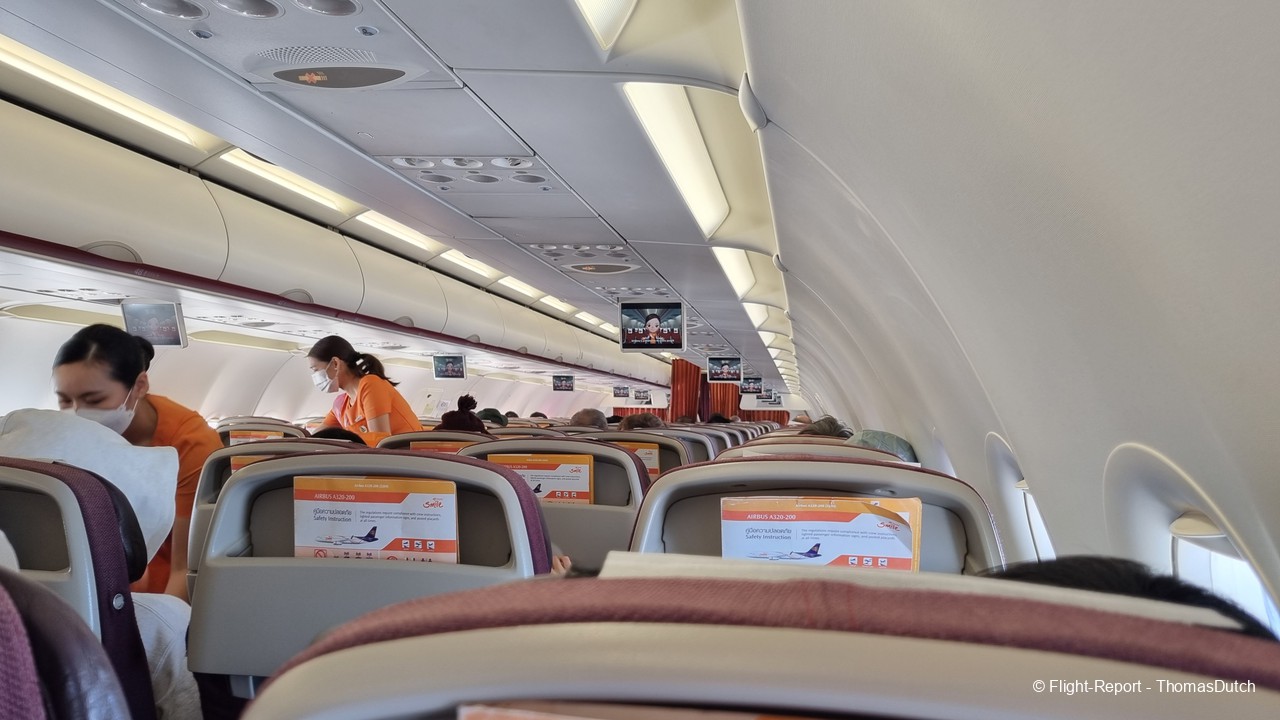 The advertisement of Thai Smile runs for about three minutes and by the time it was finished, the tea / coffee service was already performed by the flight attendants. 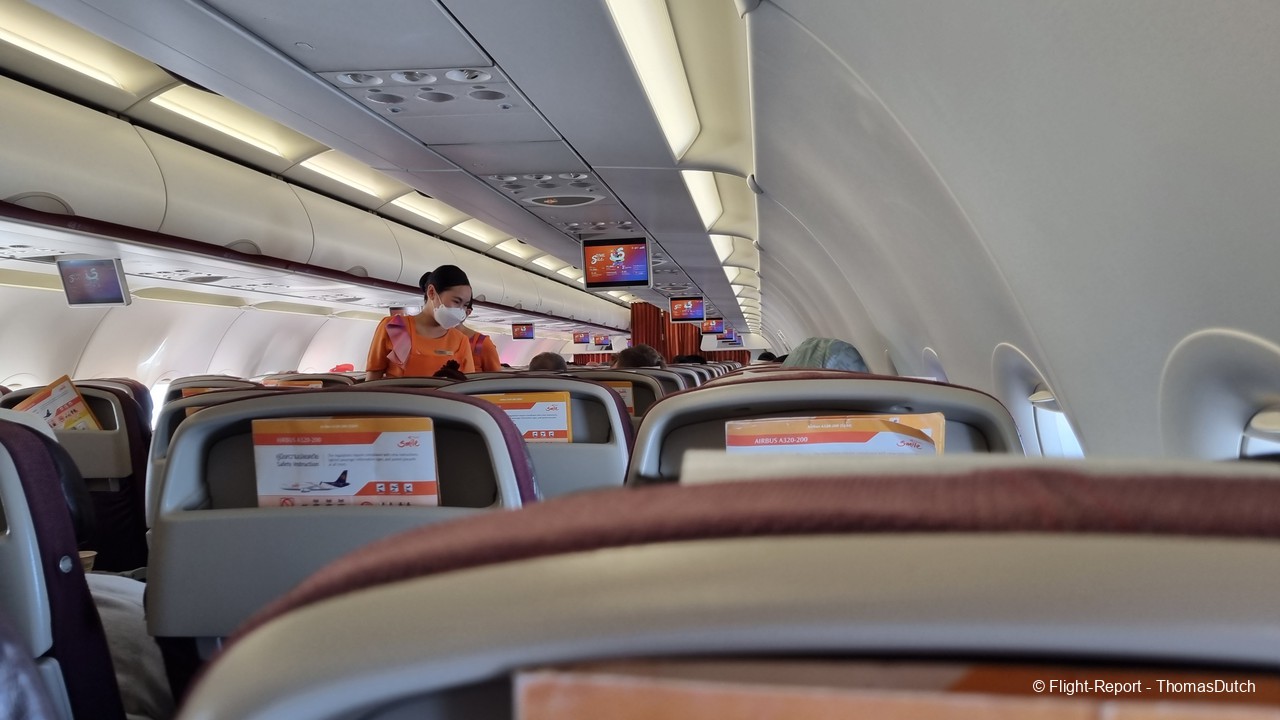 Took my usual cup of coffee. 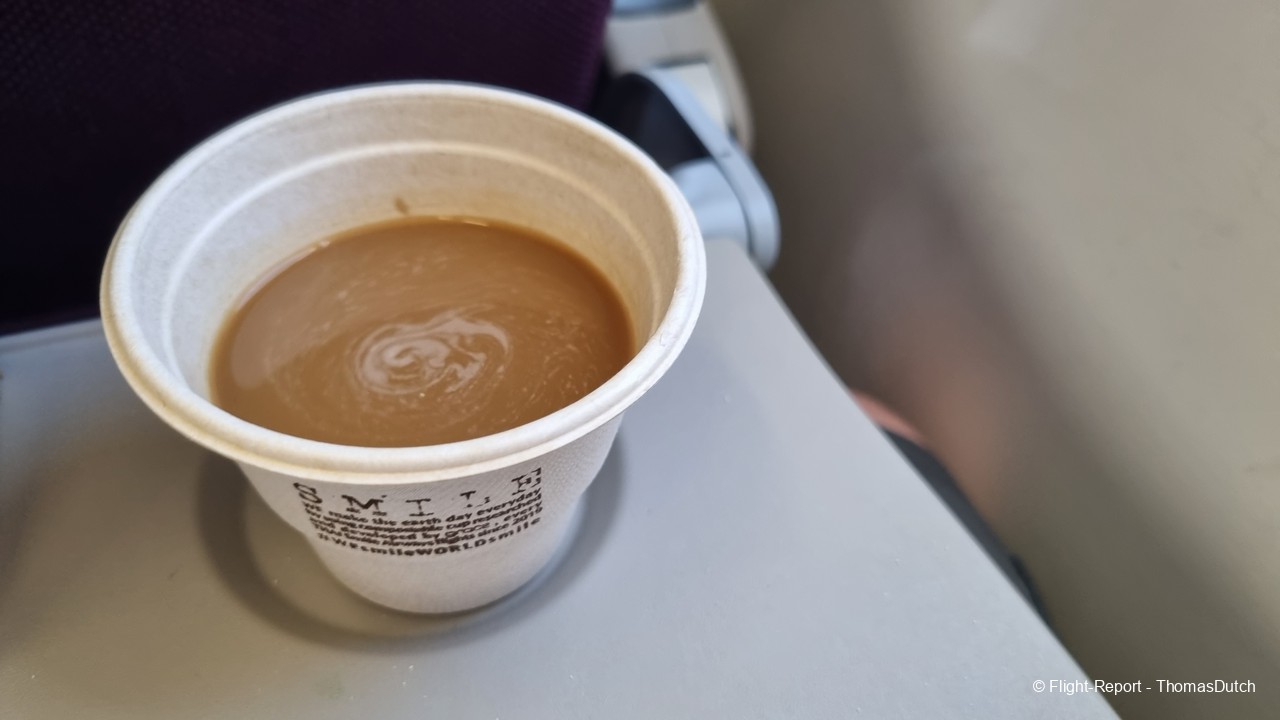 The cup of coffee comes as usual with a very beautiful view. 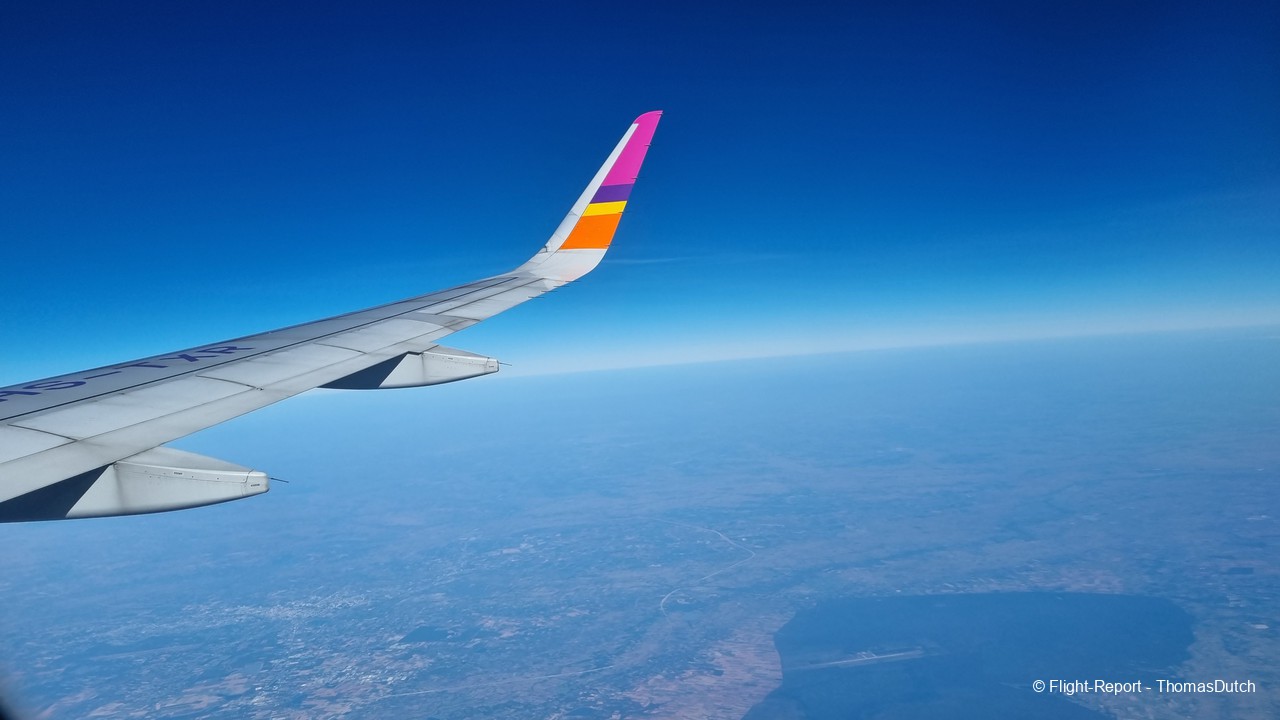 The captain checked in with us informing us that we would be landing in Suvarnabhumi about 10 minutes past our scheduled arrival time due to the fact they were scheduled for 01L, which meant that we had to fly down to the coast before making a right turn and lining up for the runway. 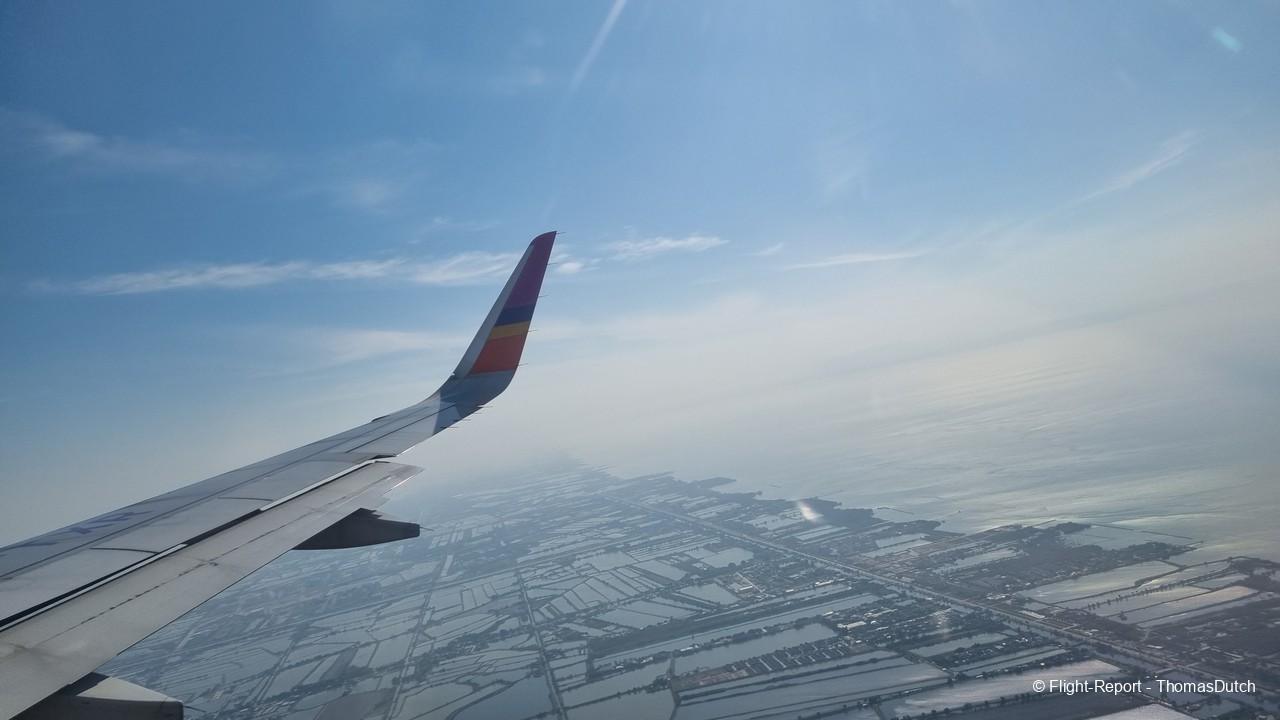 Touchdown was quite smooth. 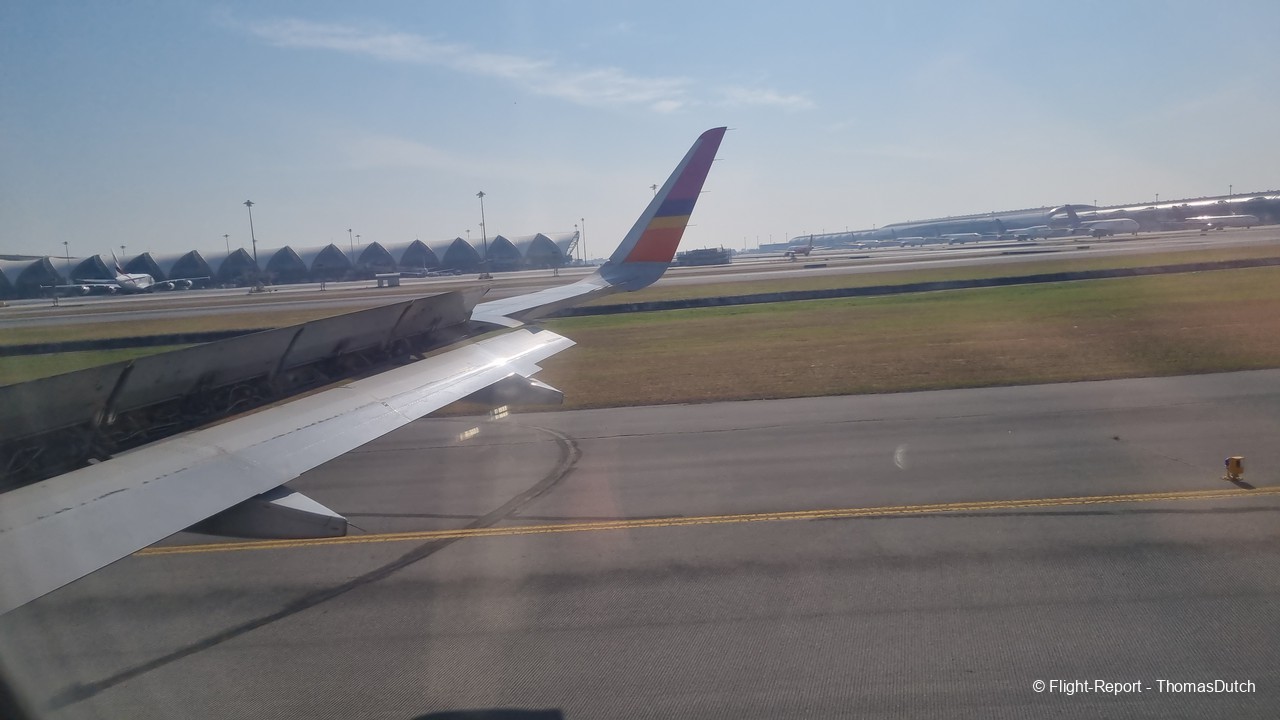 I guess we lost the taxi battle against this beautiful designed Boeing 787 of China Southern. 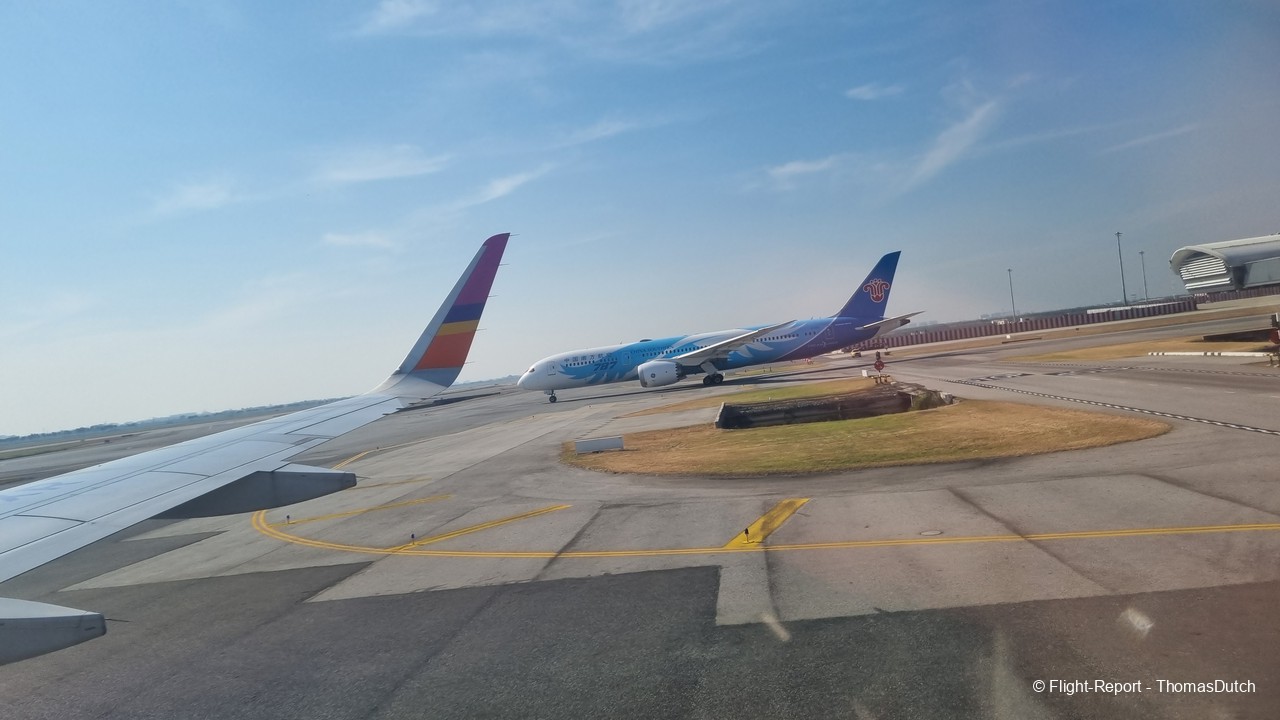 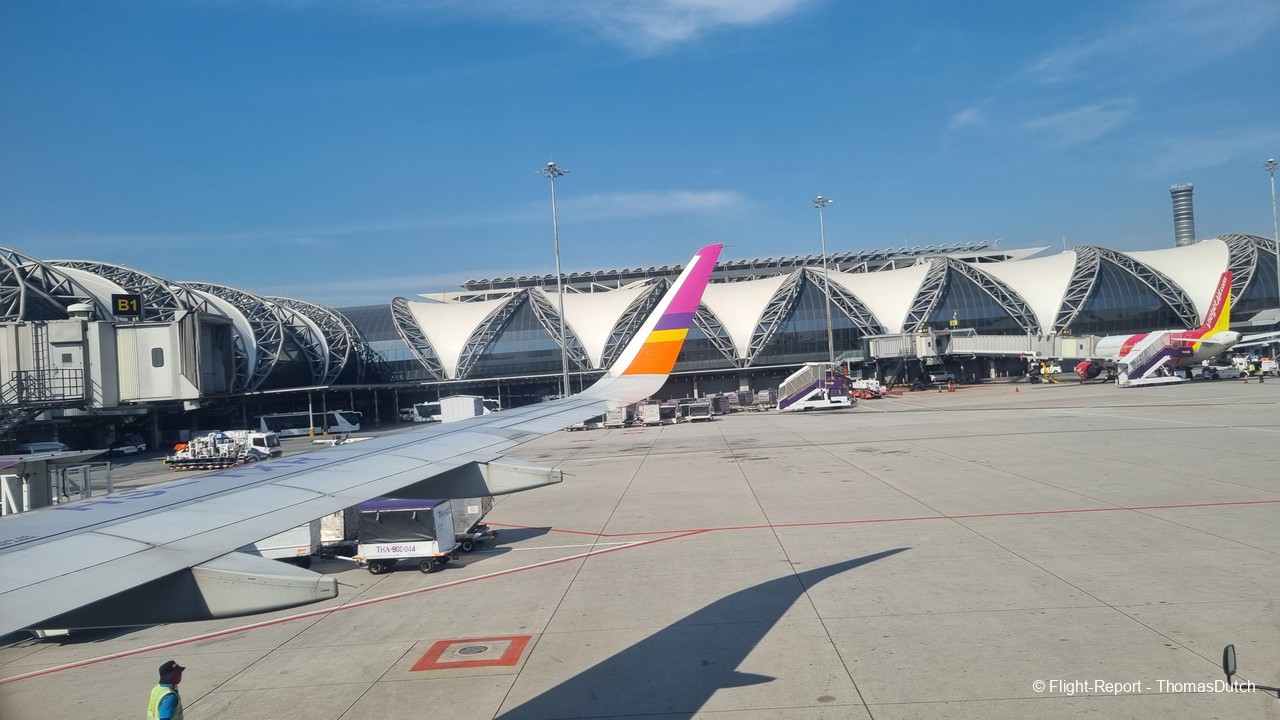 A new feature is available at Bangkok Suvarnabhumi (if accurate, I do not know), which displays the amount of available toilets in both the female and male toilets. I saw the numbers change regularly, but I have no idea whether it was actually showing the true numbers. It also displays the closest next toilet with it's availability. 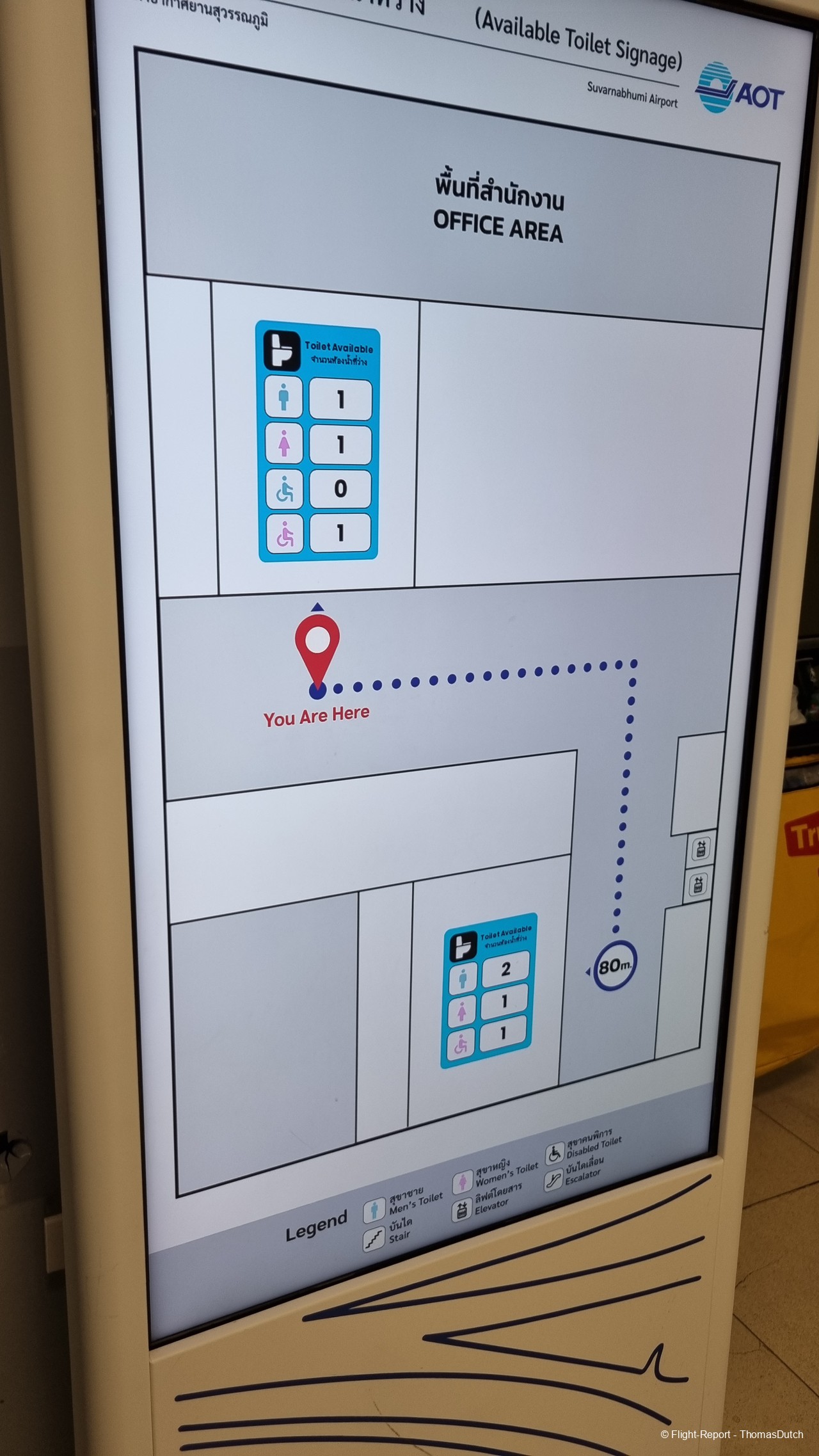 Luggage was on belt about 20 minutes after and once obtained, we walked into the landside of the terminal which showed us this sign of 2023 already!

Now we had about 2.5 hours for our next departure to reach Chiang Mai.

For the price they are charging, WE does a very good job in bringing you from A to B. The aircraft are in a good state, the flight attendants have always been nice to me and never had a large delay with them either.

The contributors of Flight-Report published 3 reviews of 1 airlines on the route Ubon (UBP) → Bangkok (BKK).

The airline with the best average rating is Thai Smile with 7.8/10.