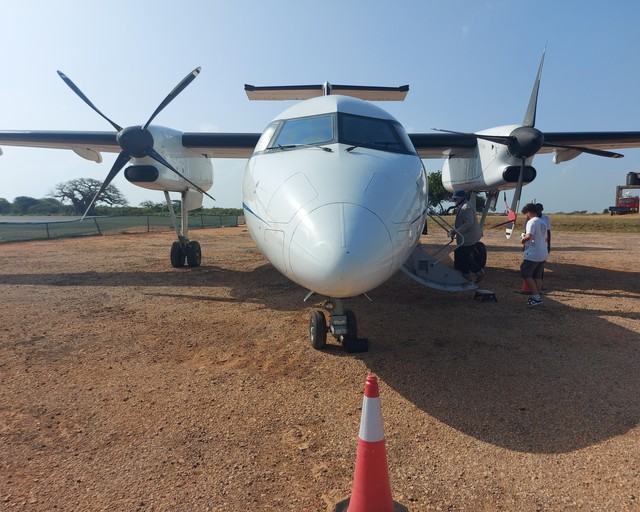 This was a flight from Lamu to Nairobi Wilson Airport with a stop in Malindi.

I booked this flight because it was supposed to be on a C208B, a 12-seater small aircraft. I hoped for a flight at low altitude with beautiful views. Unfortunately for me the flight was operated by a Dash 8-Q200 with 37 passengers seats, registration number 5Y-SLO, built in 1998.

Lamu Airport is on Manda Island: you need to take a short crossing on one of the many small boats. It takes 10 to 15 minutes.

The terminal is a few hundred meters from the pier. It’s a cute small building. 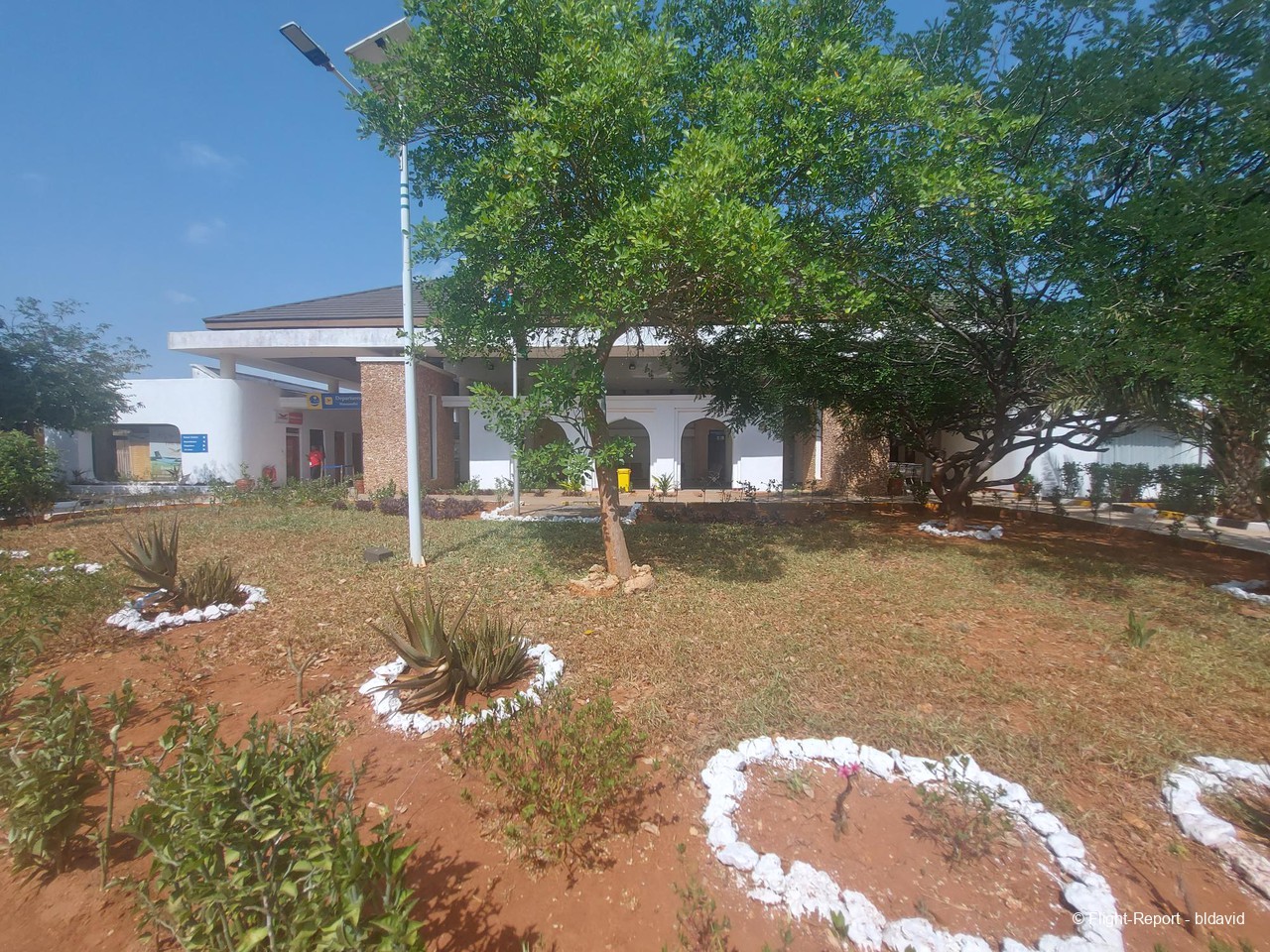 Check-in is on the left side. It’s not a big airport and everything works in a relaxed way. 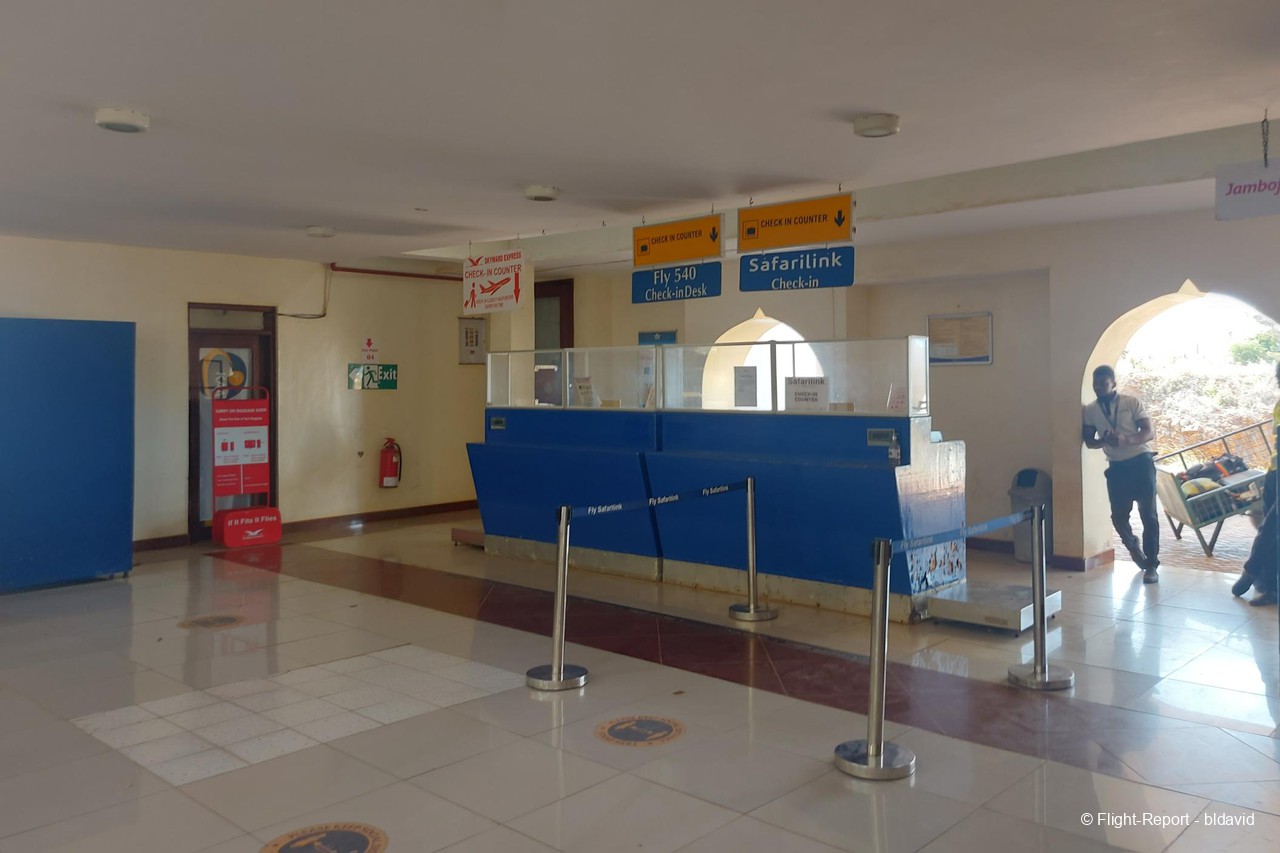 The waiting lounge is semi-open. 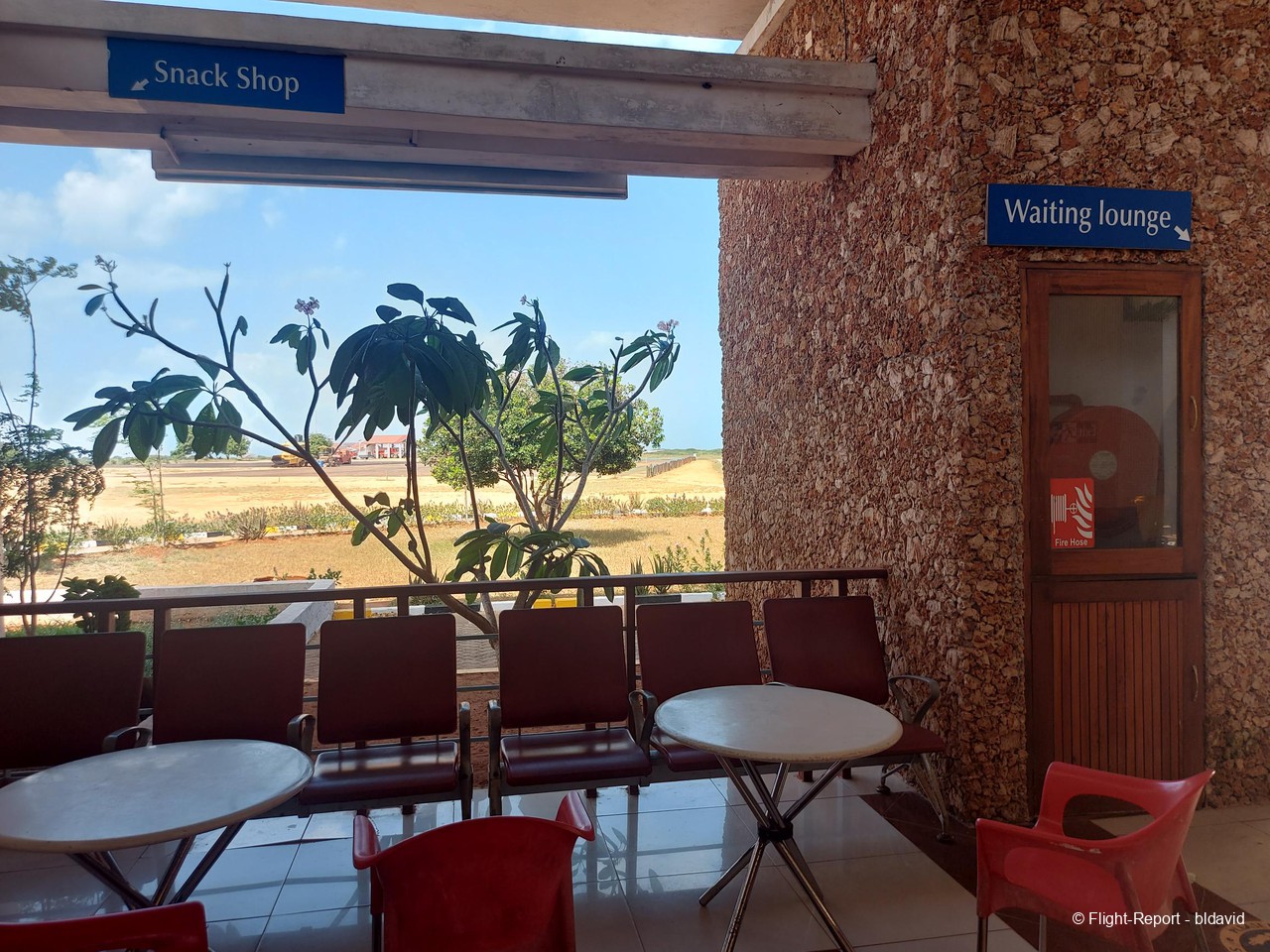 This is the view from the terminal. 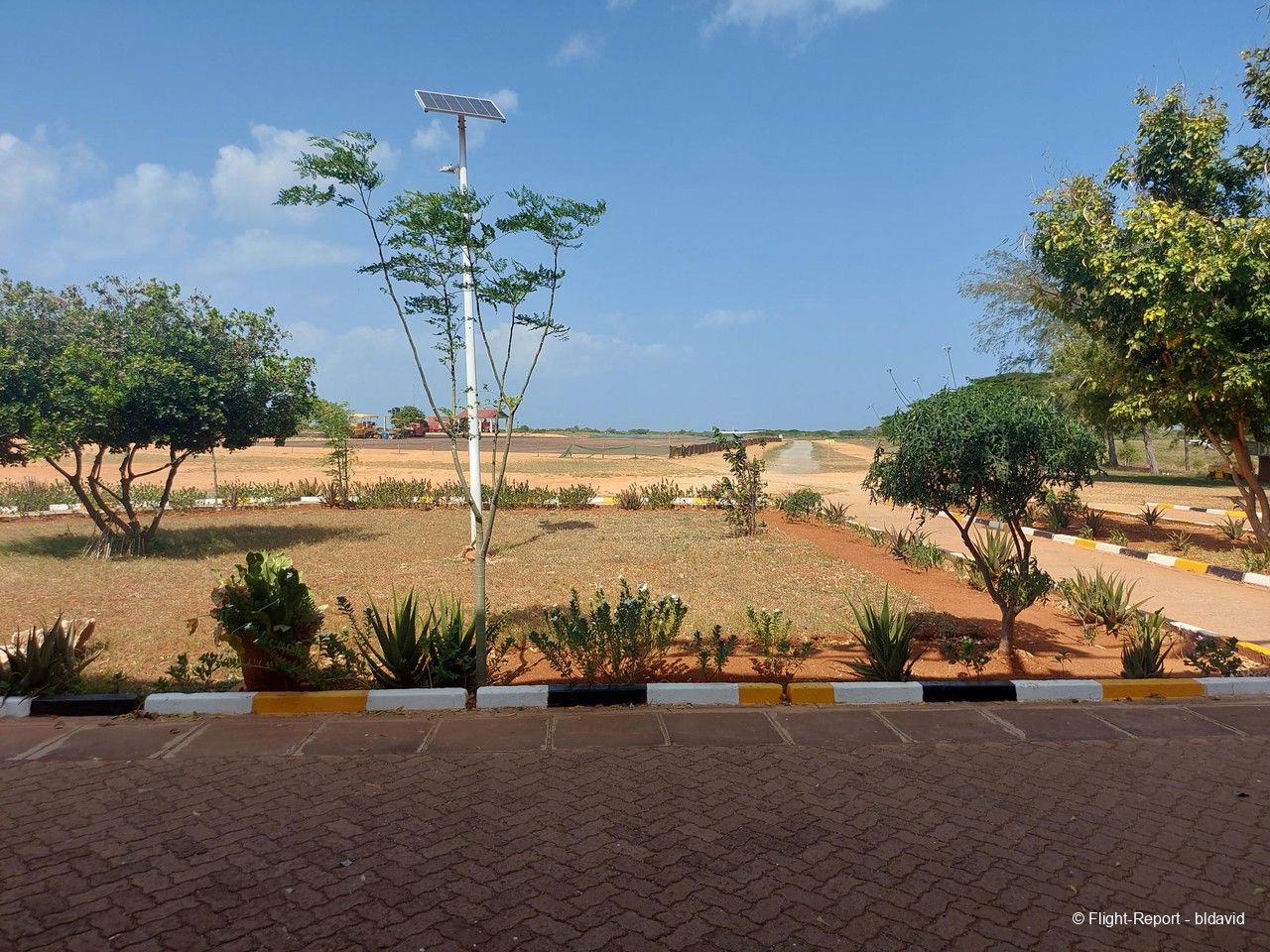 Boarding started at 15.20. We had to walk a few hundred meters to the plane which was waiting on a gravel apron while the new apron (with asphalt surface) was being built. 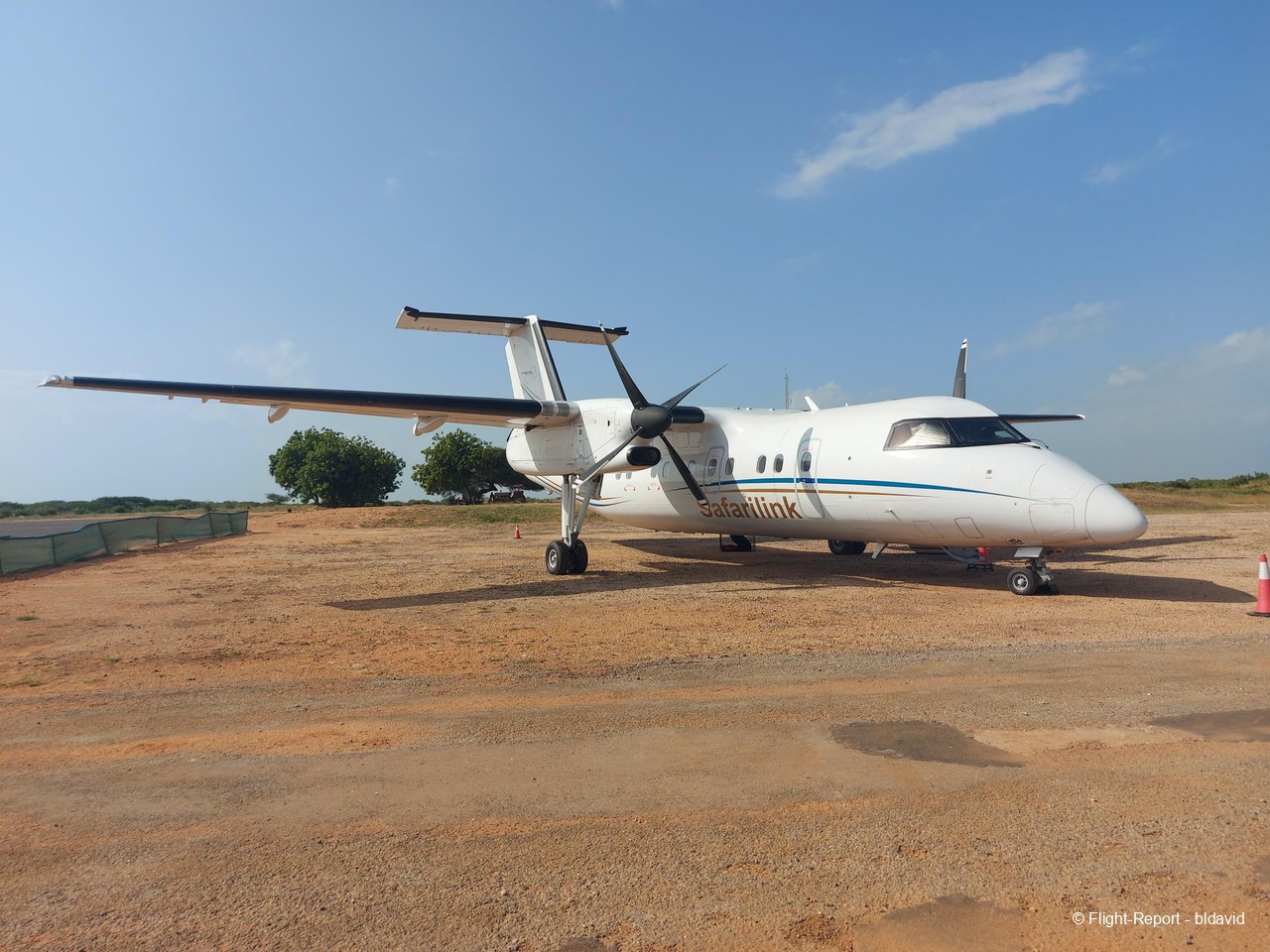 This plane has eight rows in a 2+2 configuration and a last row with 5 seats so a total of 37 seats. The flight was almost completely full. Legroom was OK. 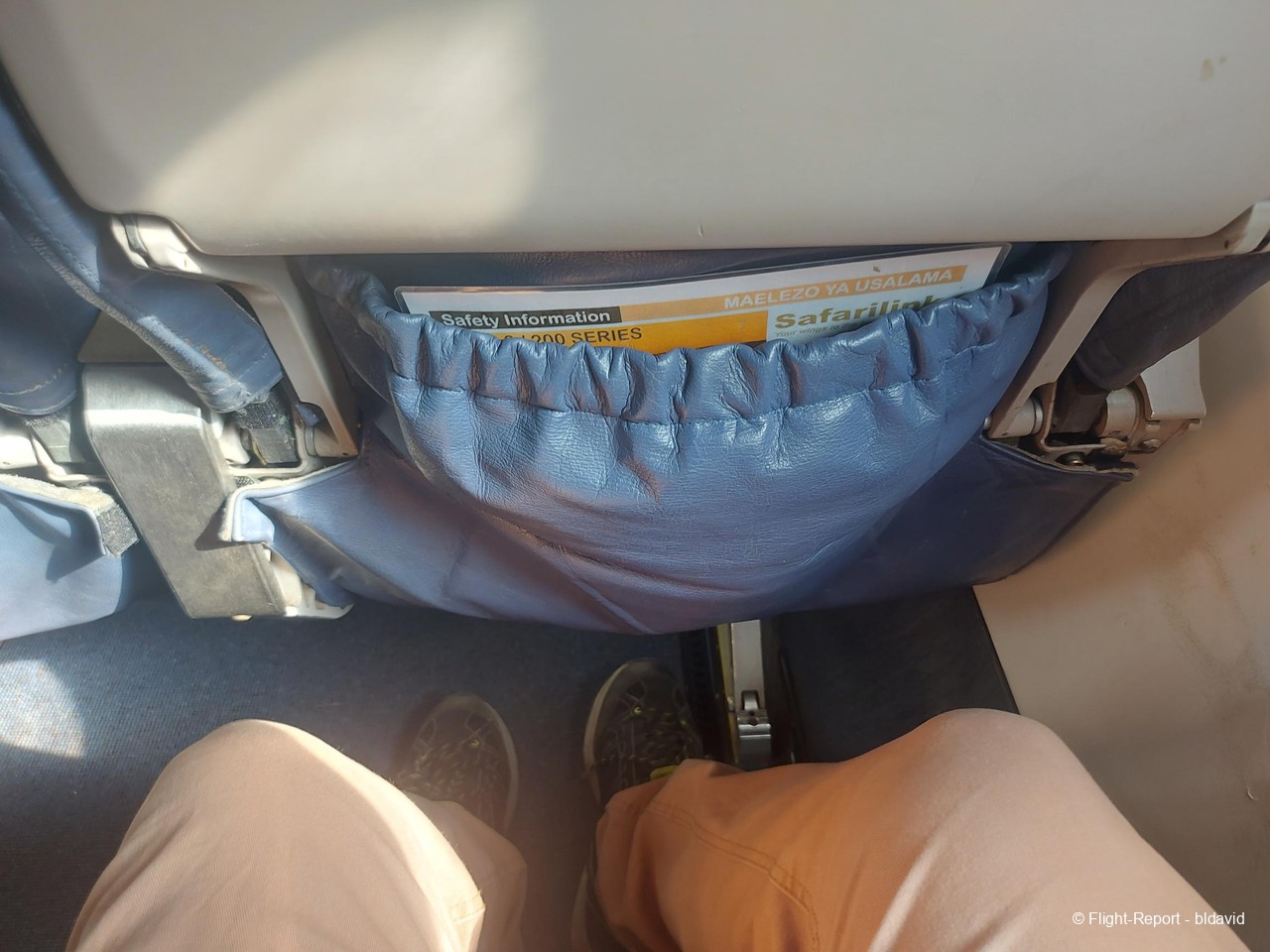 I was supposed to sit in seat 2D but I was moved to 4A at the emergency exit row as two older passengers preferred not to sit there. No problem for me, of course.

An expected flight time of 25 minutes at an altitude of 8,500 feet was announced to Malindi.

A view of Manda Island. 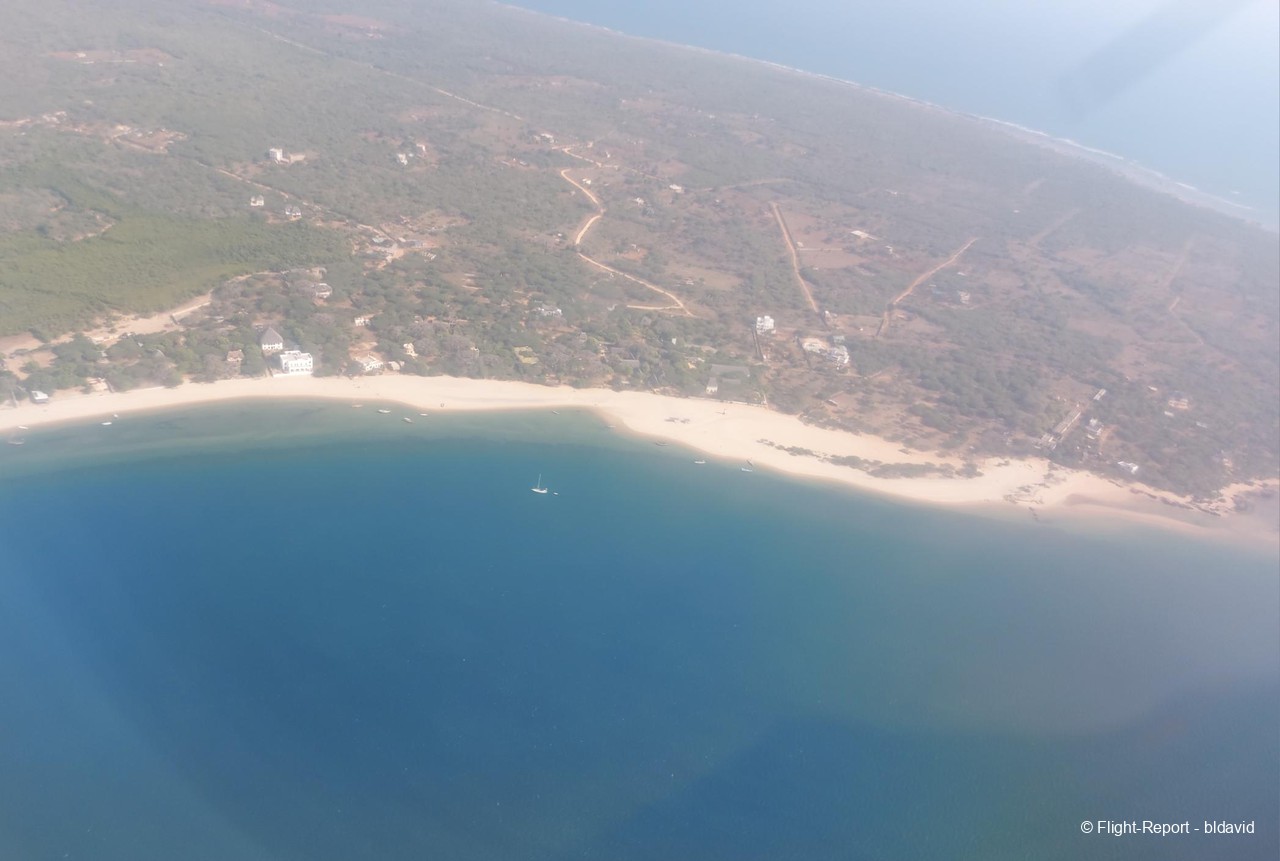 The Kenyan coast near Malindi. 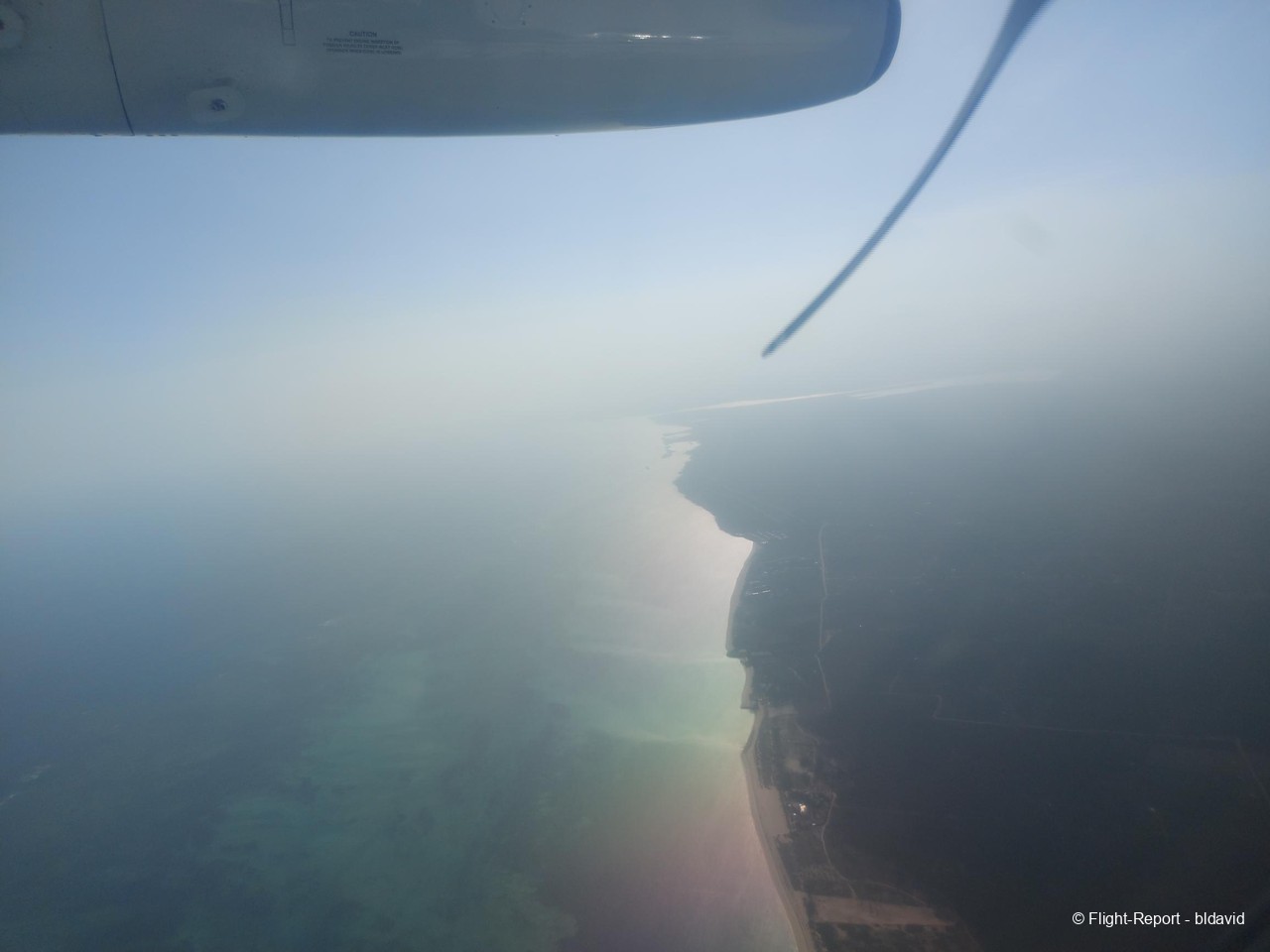 The view a short time before landing at Malindi Airport. 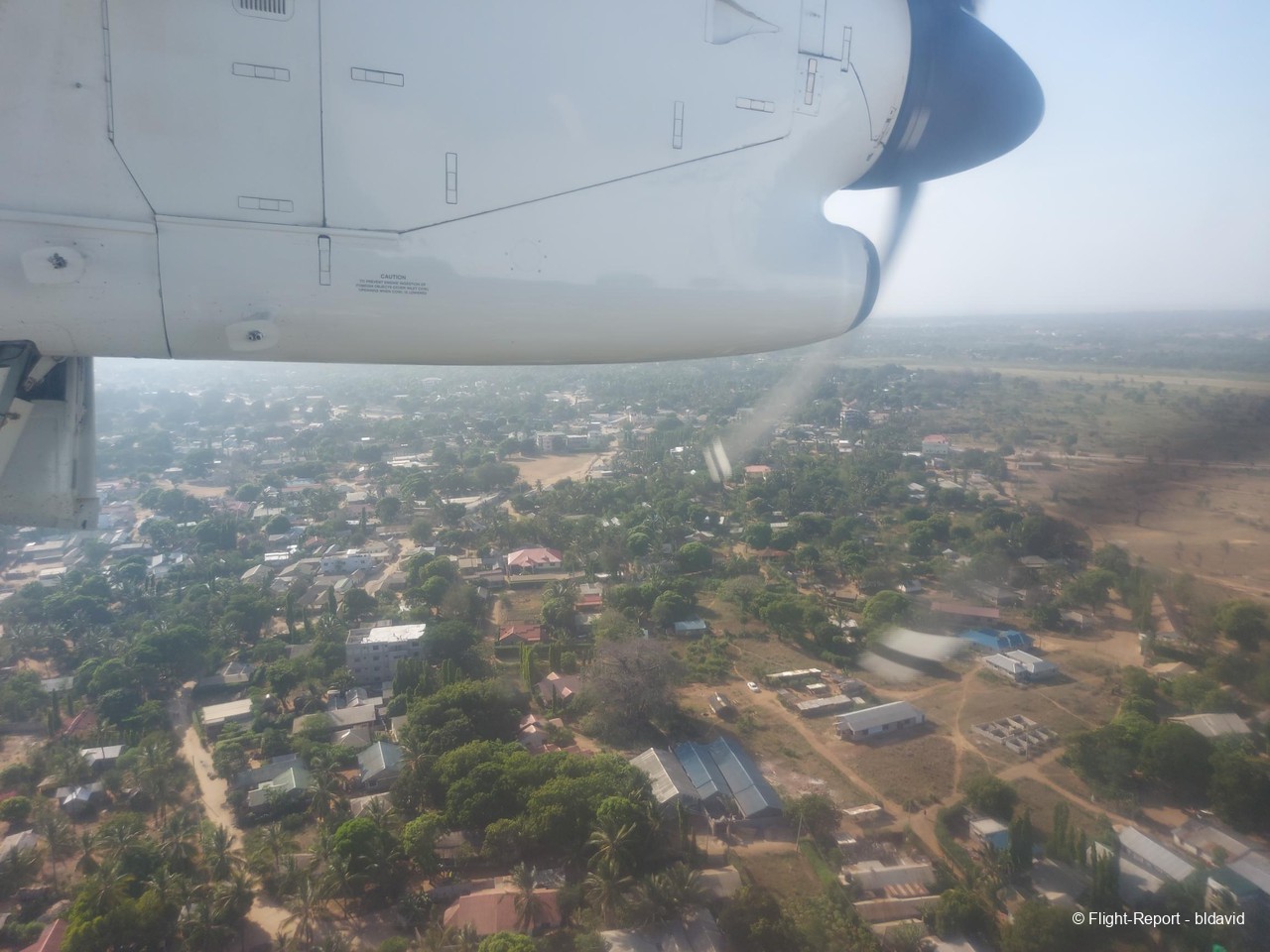 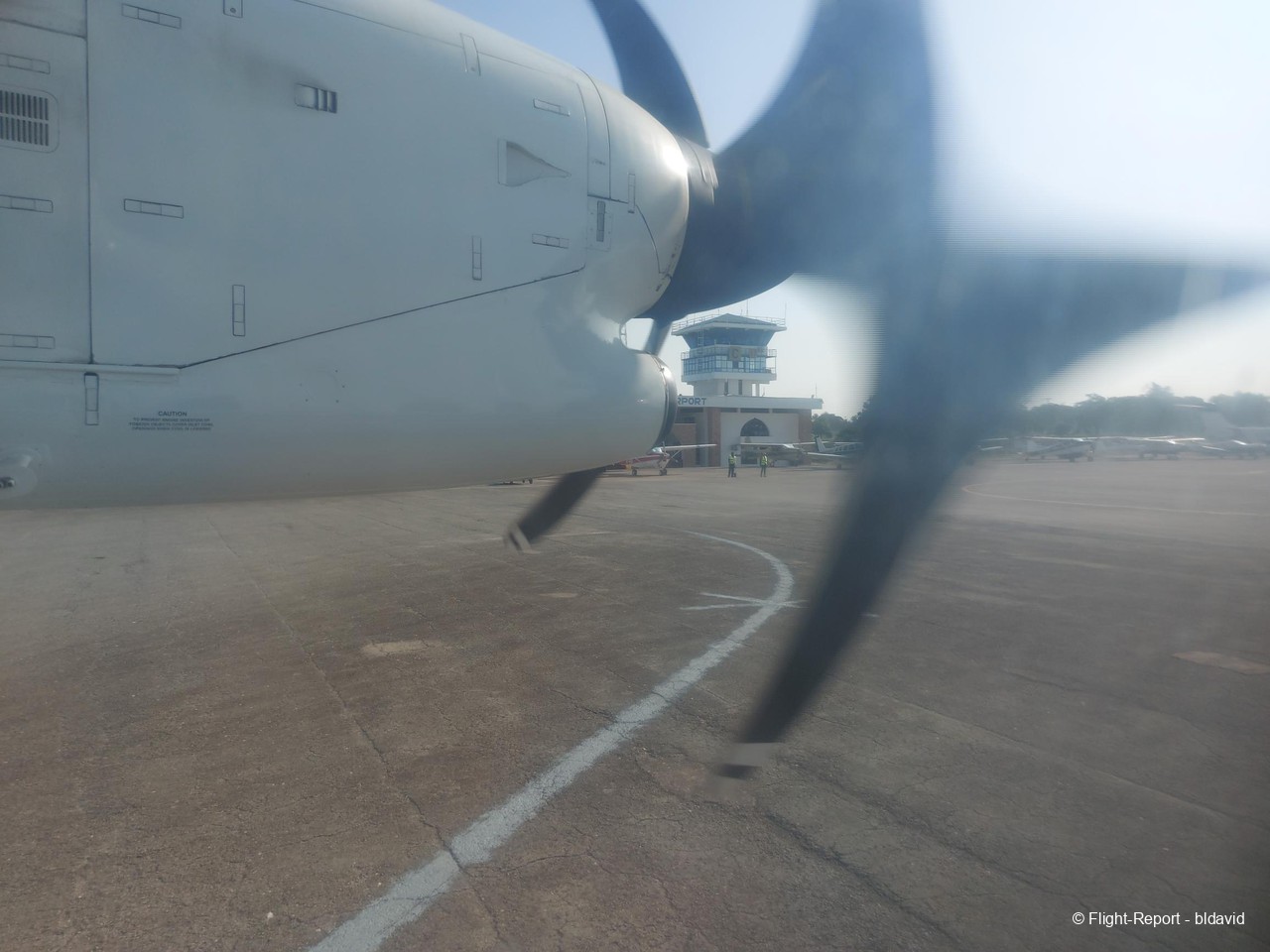 There were a lot of small aircraft on the apron. 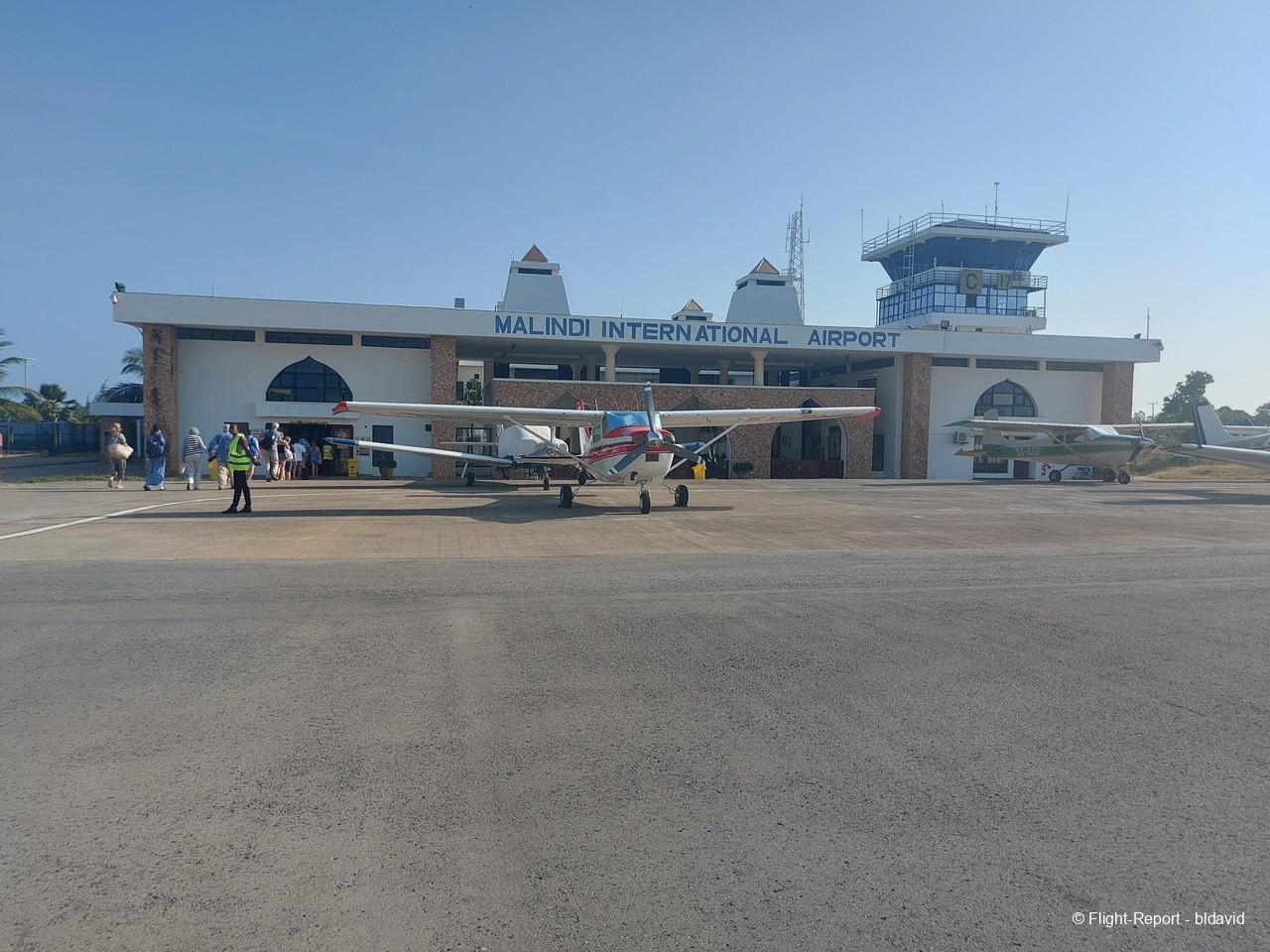 All passengers had to disembark while the plane was refuelled. We spent around 10 minutes in the airy waiting area. 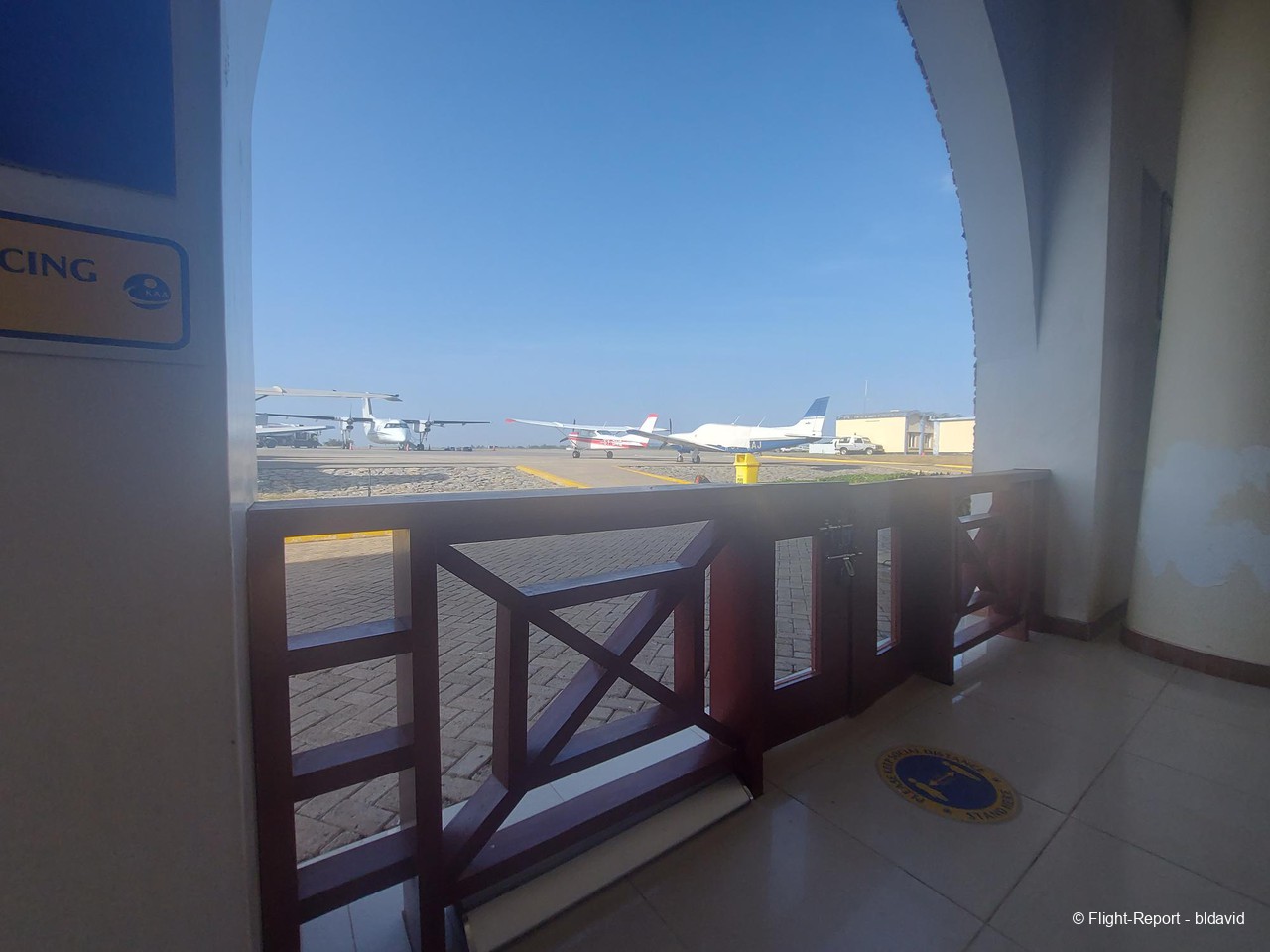 Some passengers’ final destination was Malindi and some others embarked here bound for Nairobi.

We boarded the plane again. An expected flight time of one hour and ten minutes at a cruising altitude of 18,000 feet was announced.

Views of Malindi right after take-off. 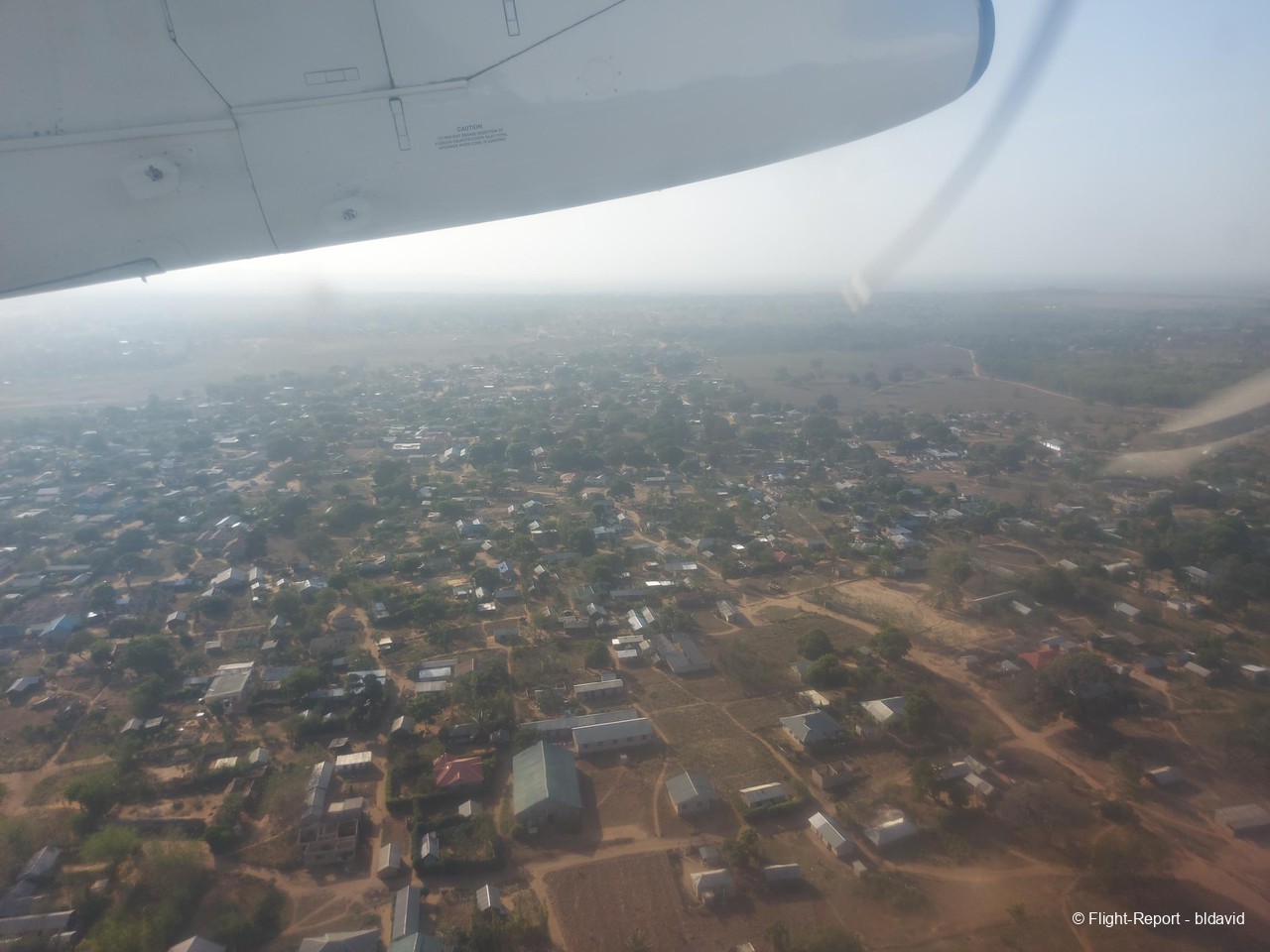 The Galana River (I think). 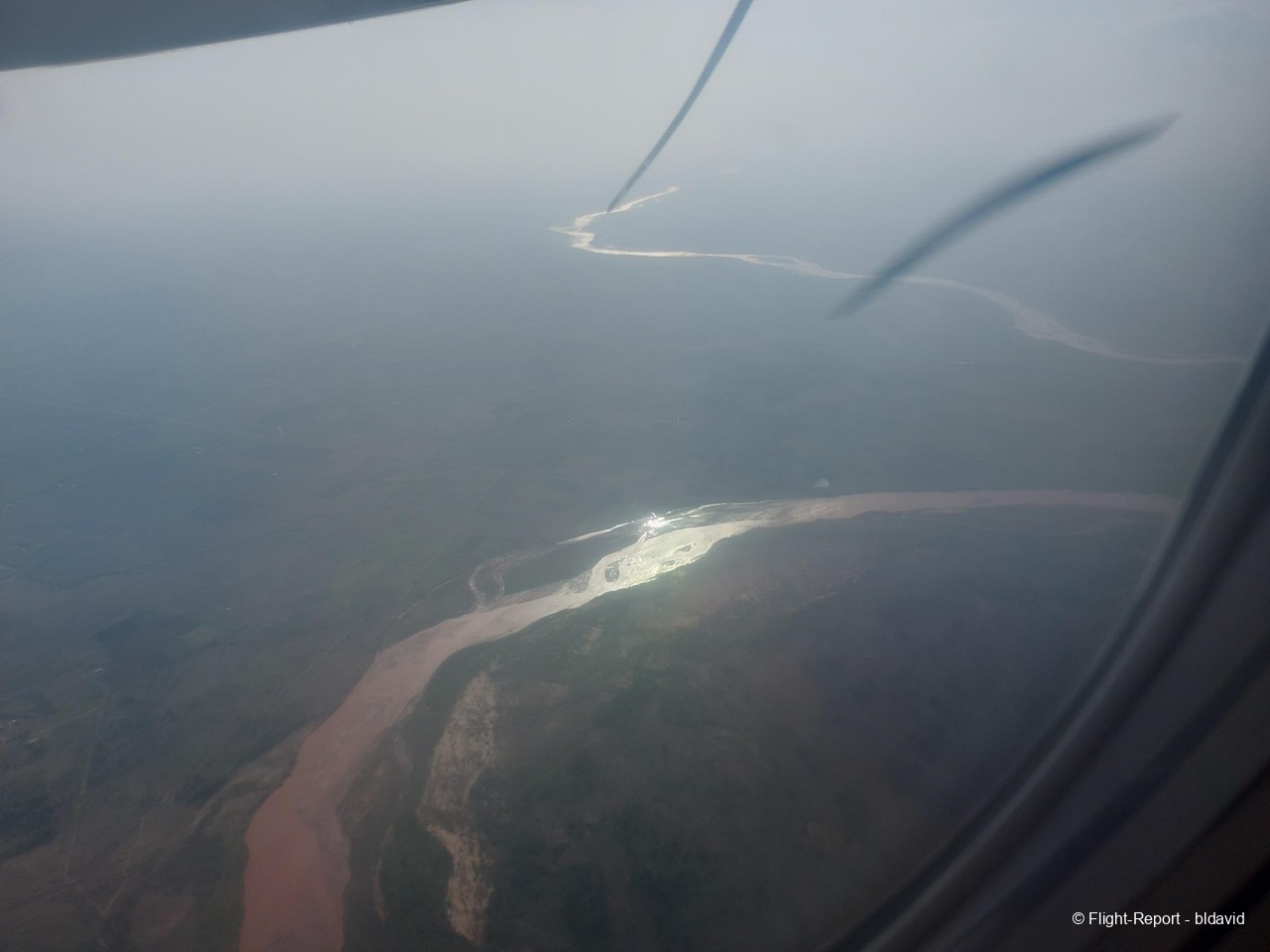 A small bottle of complimentary water was offered. 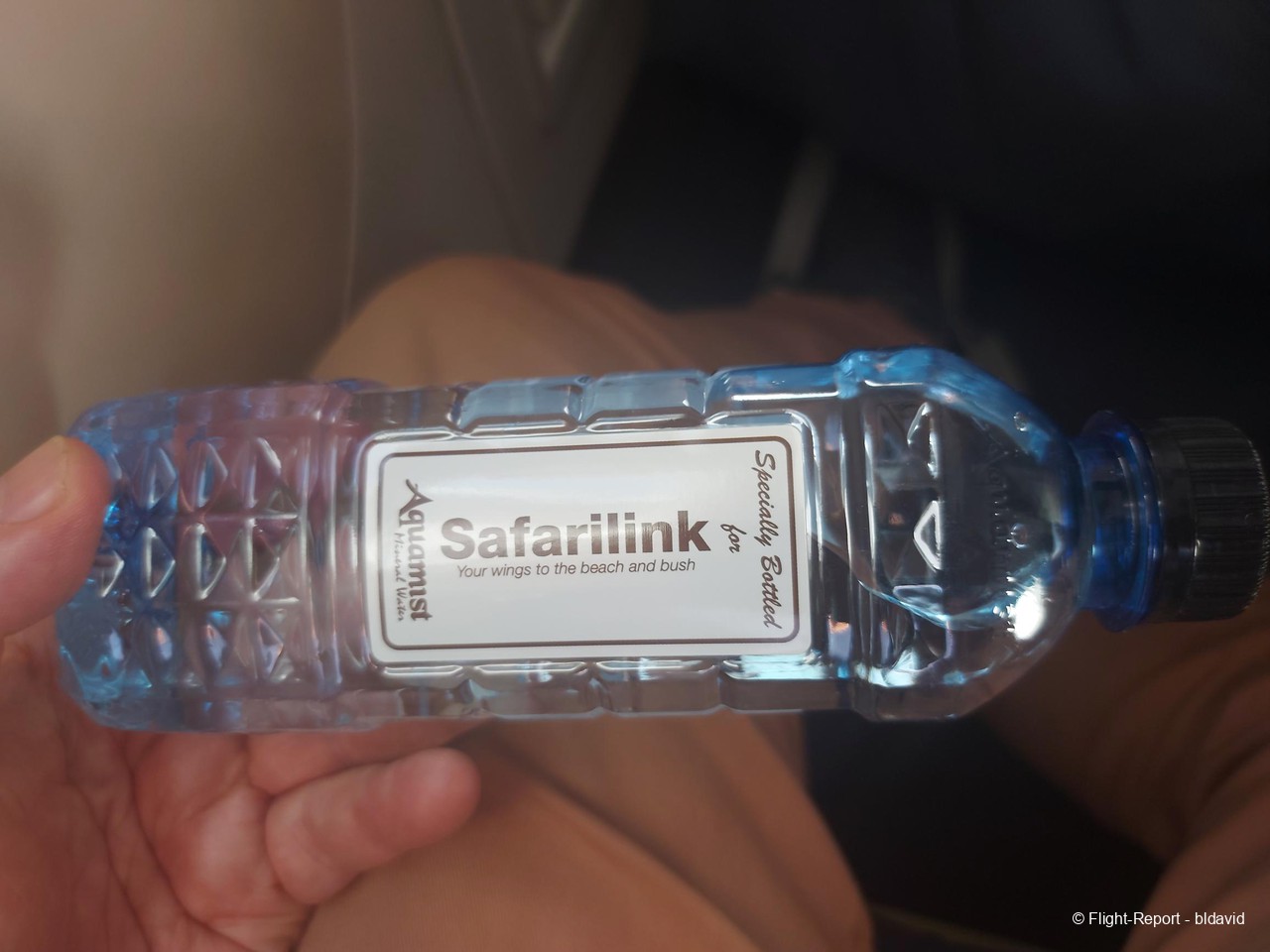 Views of Nairobi before landing. 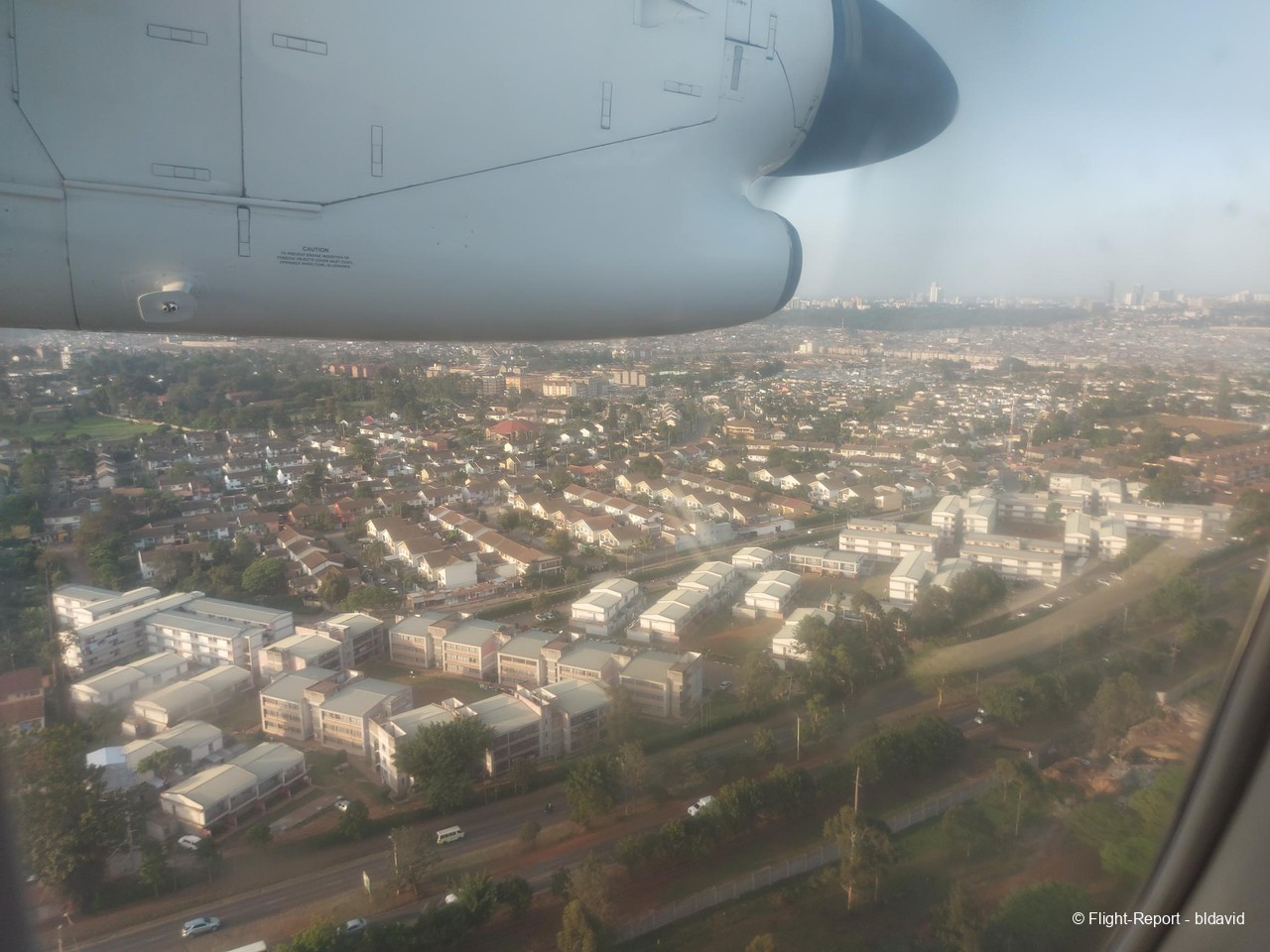 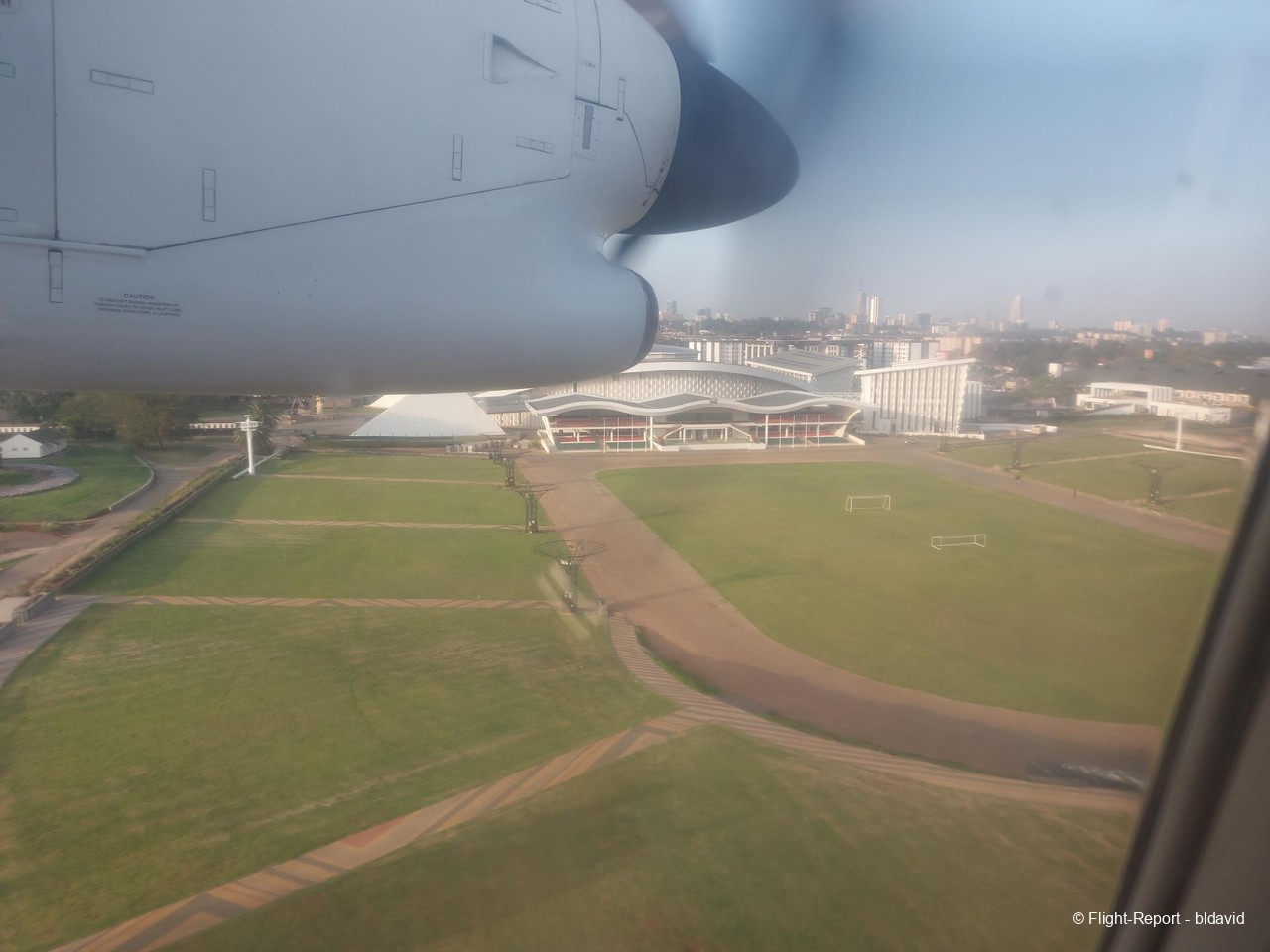 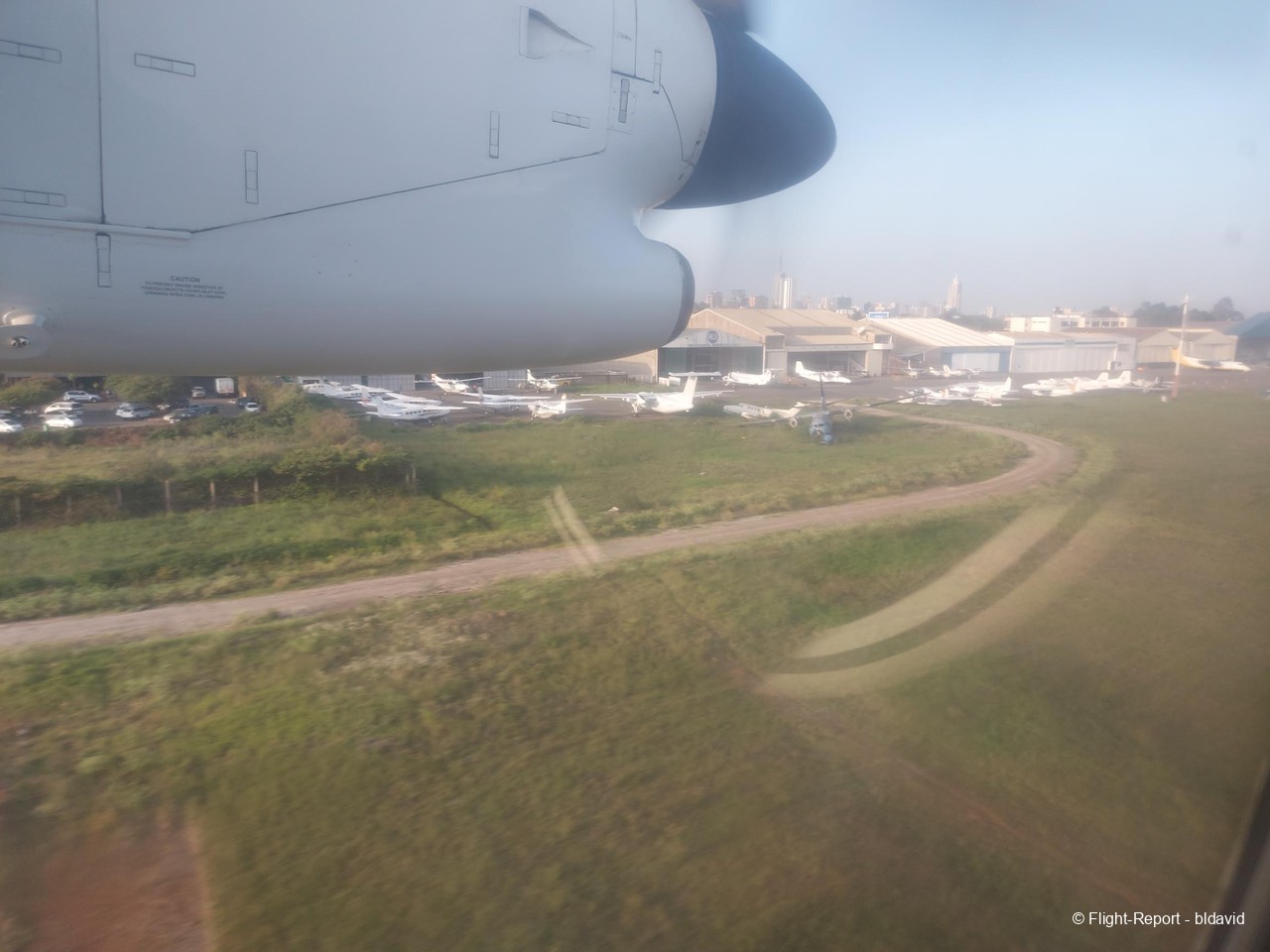 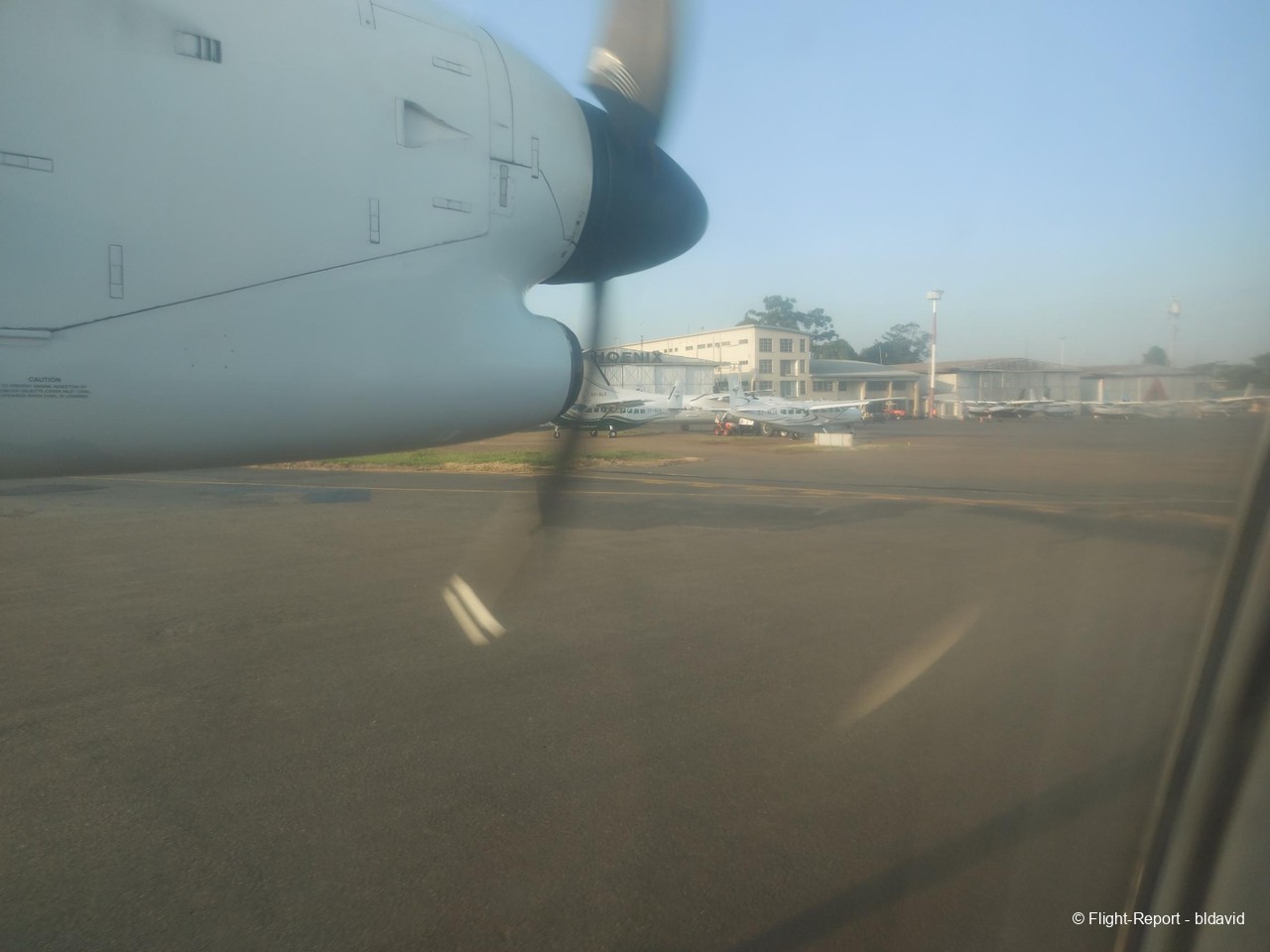 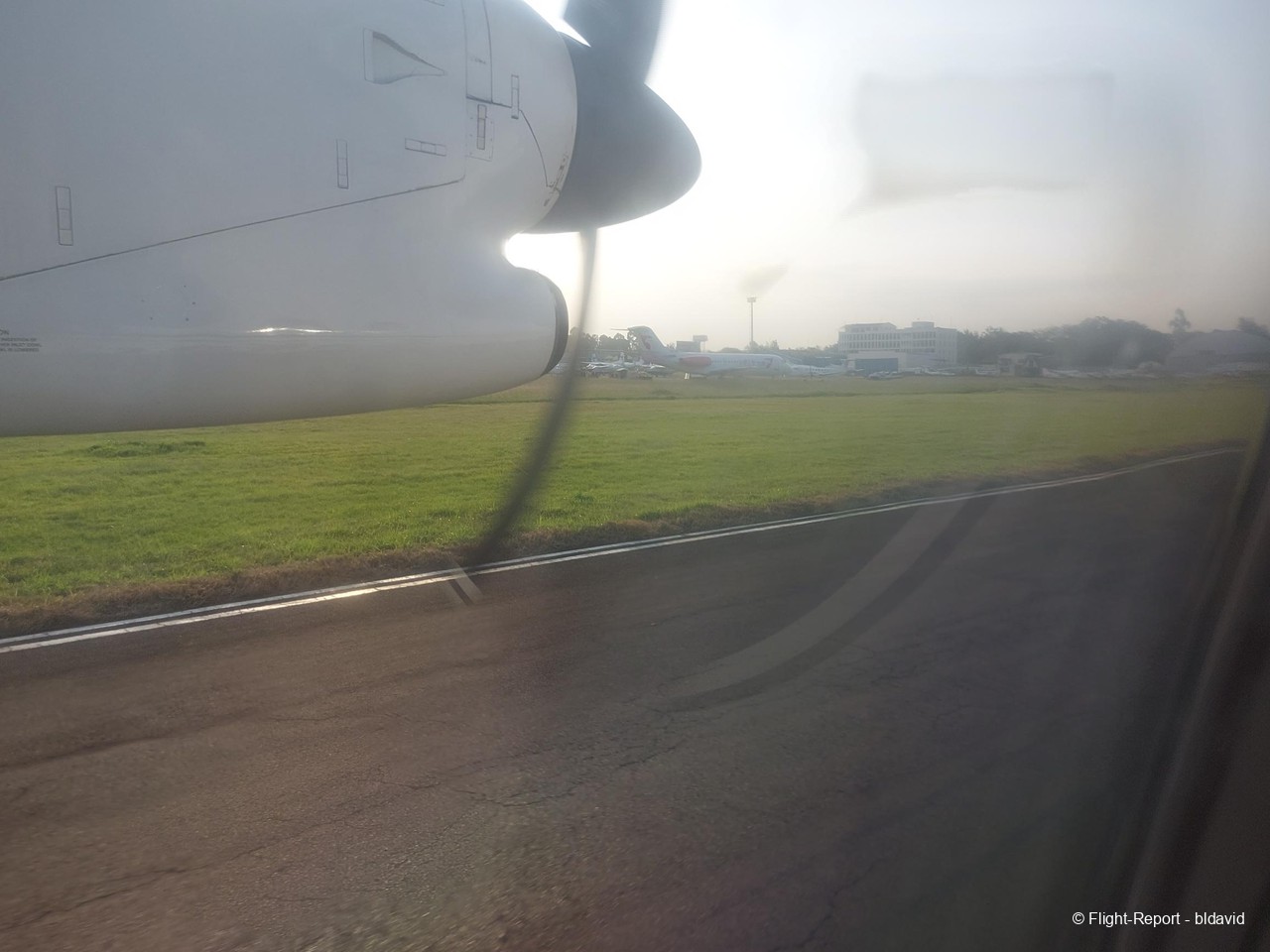 We walked to the terminal airport among many small aircraft. A very different and much more interesting experience than arriving to a big airport. 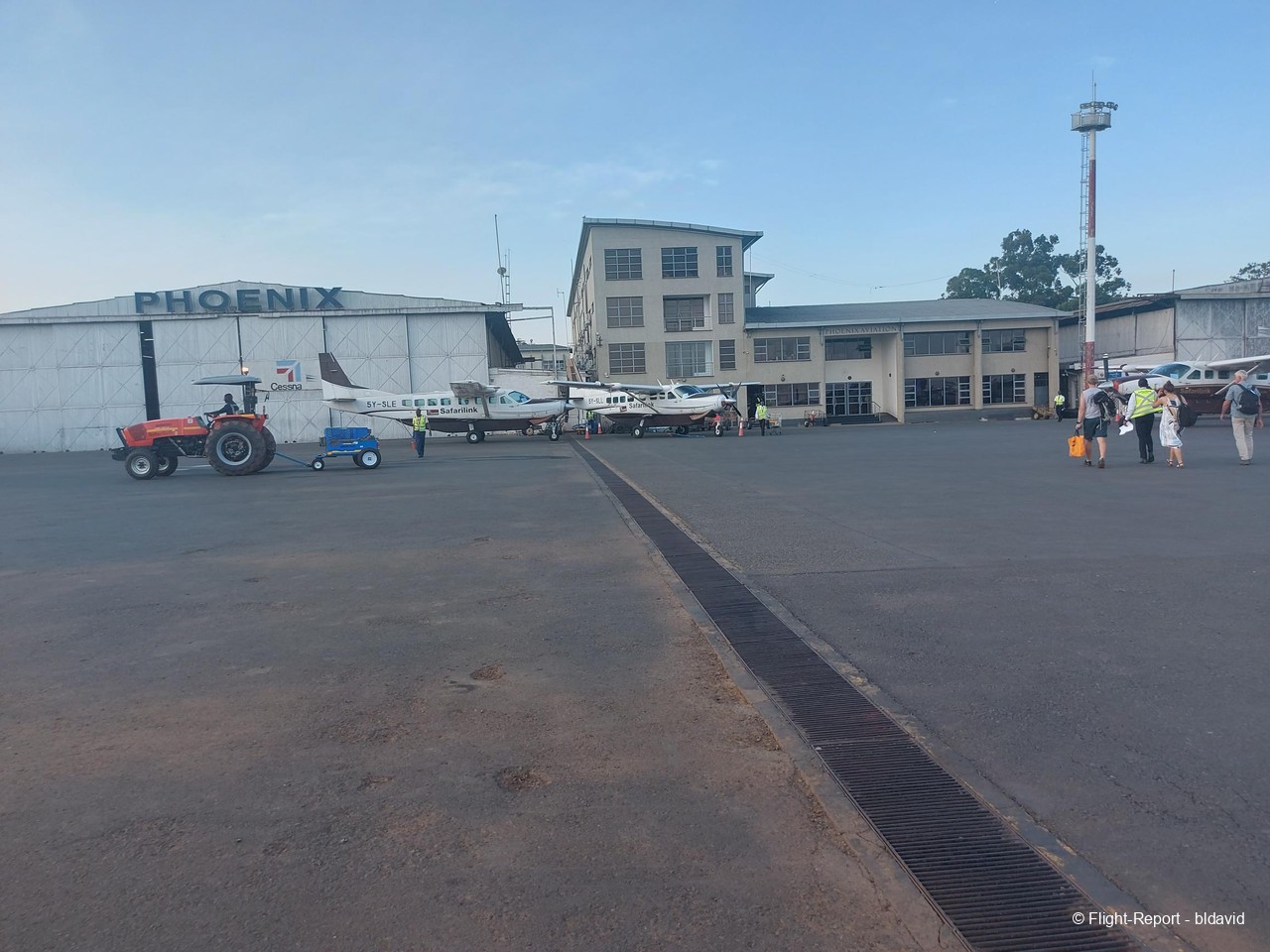 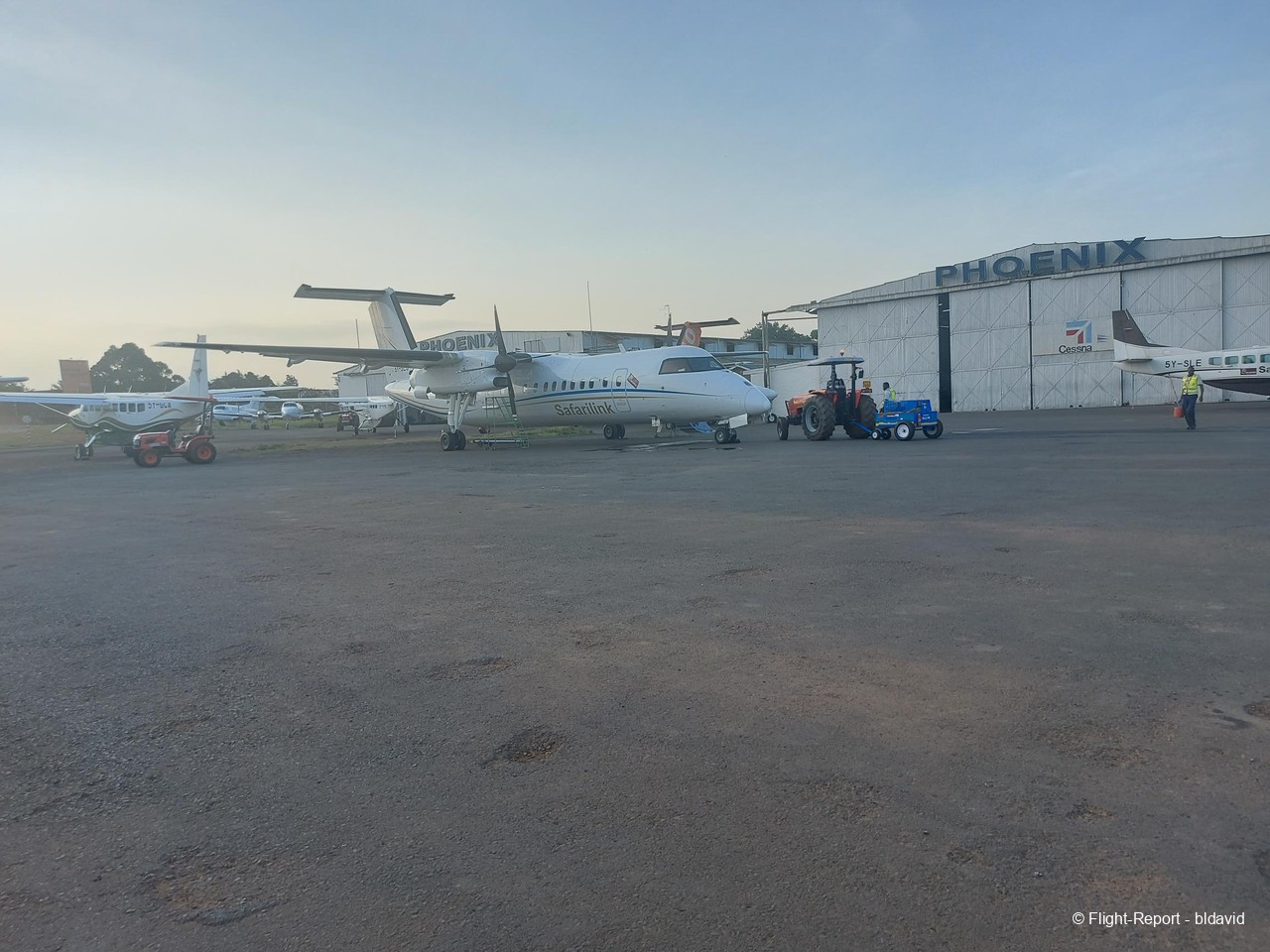 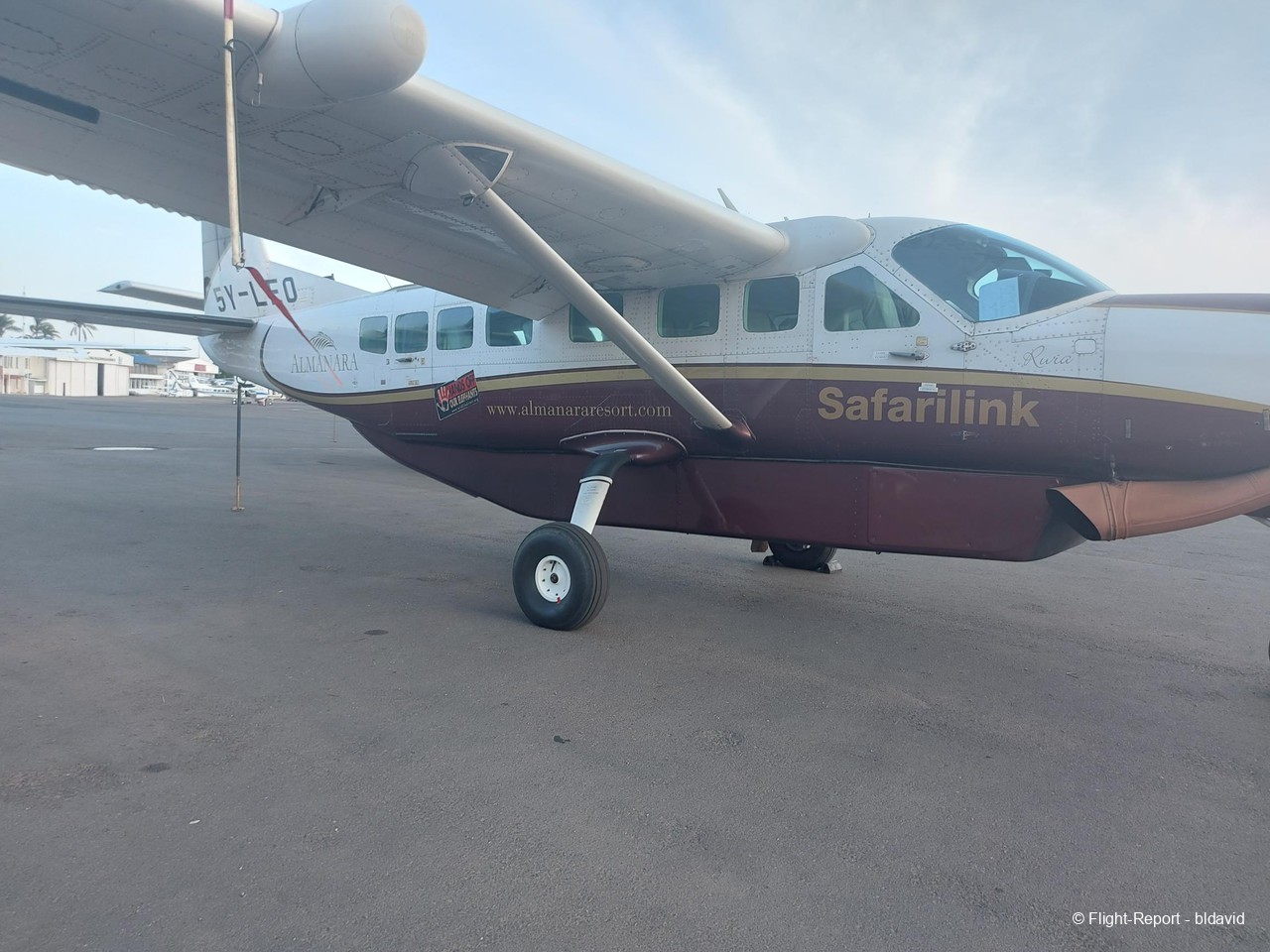 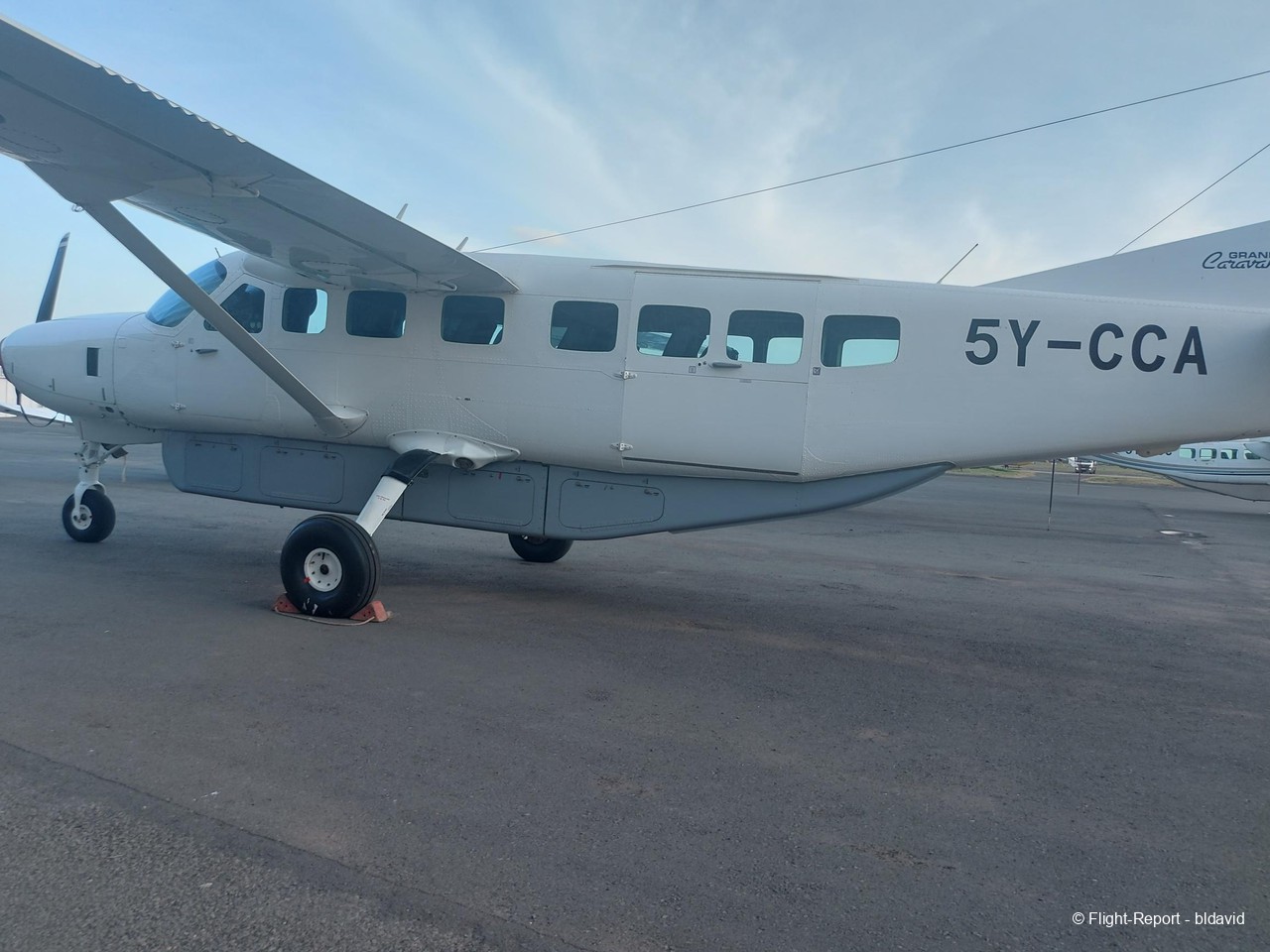 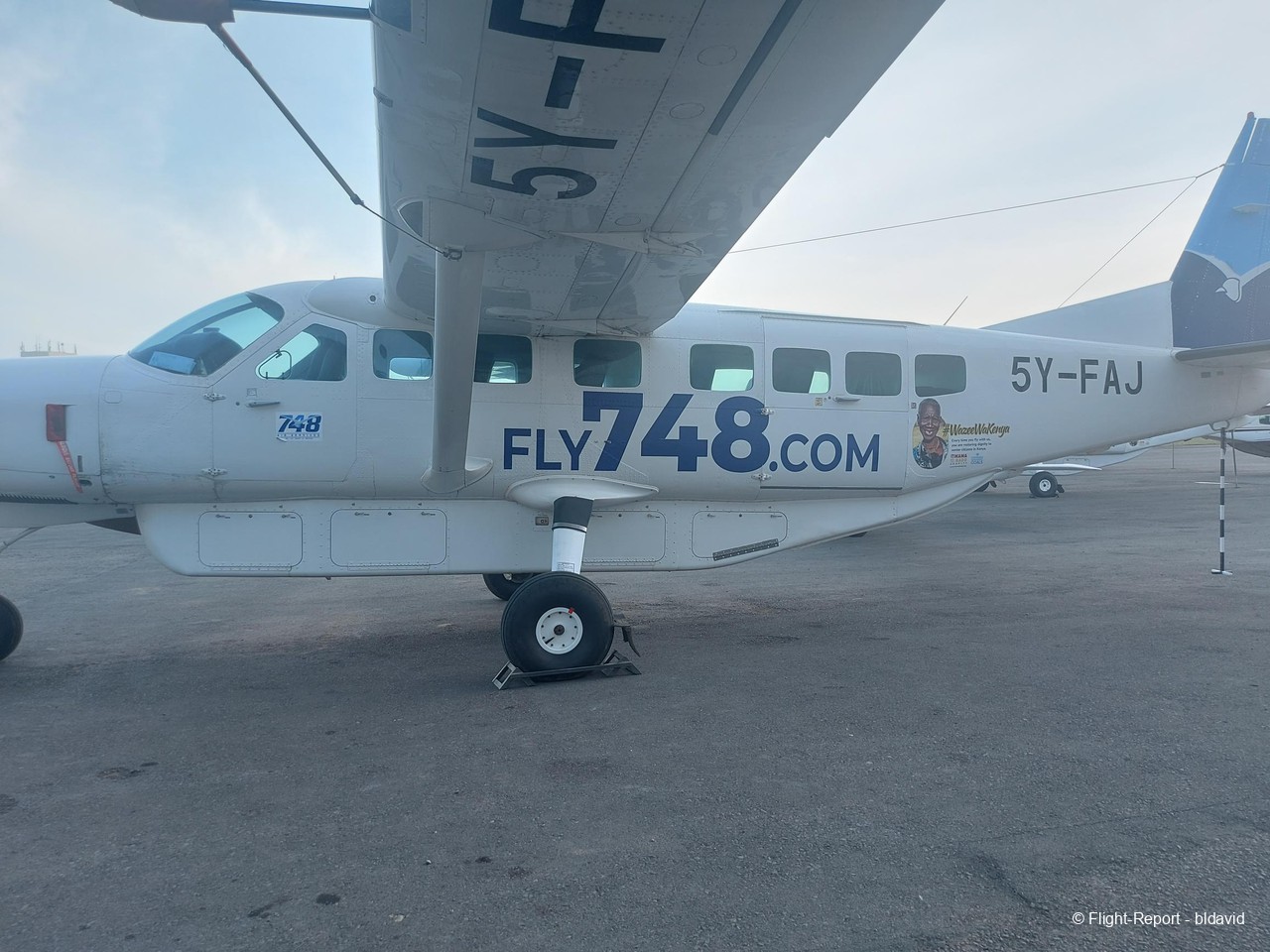 Luggage delivery was in front of the terminal building. Quite unusual. 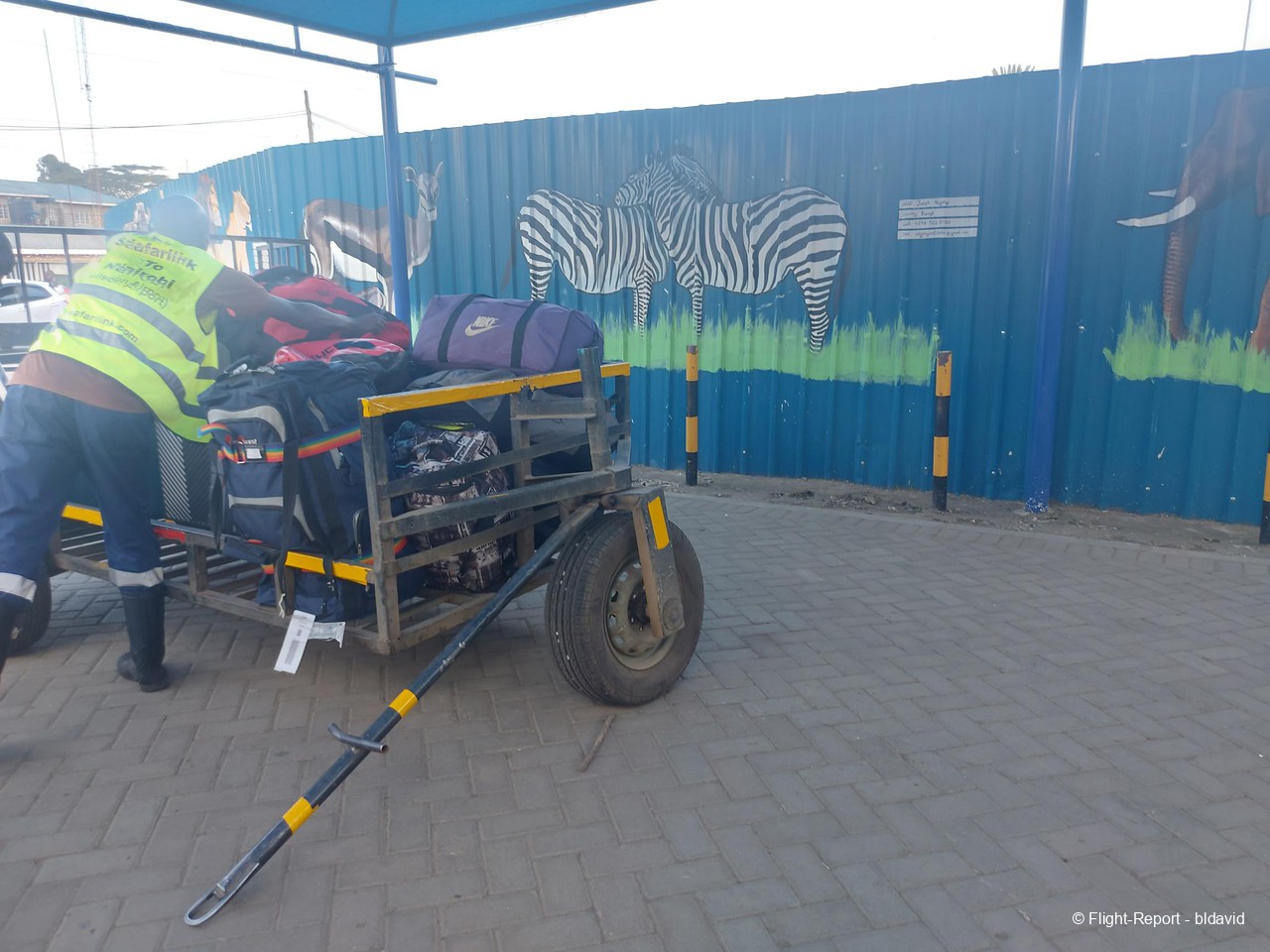 I took a taxi and went to The Boma Hotel Nairobi.

Although the aircraft was not the small Cessna I had hoped for, it was an interesting flight. The departure, the intermediary and the final airport are all very different from the big airports we usually use.