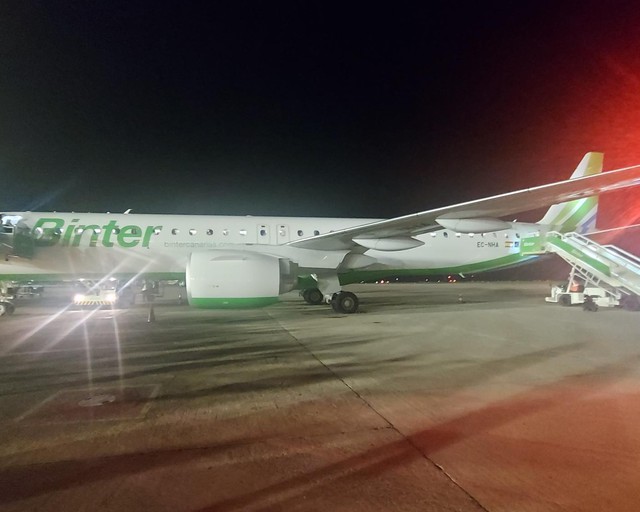 #58 out of 80 Airlines A minimum of 10 flight-reports within the past two years is required to appear in the rankings. 21 reviews

I was going from Tenerife to Dakar, Senegal. Did you know that Tenerife is closer to Dakar than to Madrid? The shortest way for me was to fly with Binter first to Grand Canaria (only 112 kms away) and then south to Dakar (another 1479 kms). The flight was expensive for the distance. All other options (flying Iberia via Madrid, TAP via Lisbon or Royal Air Maroc via Casablanca) would have meant a long detour.

I arrived from Tenerife North to Grand Canaria Airport with a delay of exactly an hour. I took the elevator up to departure floor. I had a long walk of about 15 minutes to gates D which are for the non-Schengen flights. Saying that the airport was empty is an understatement – almost everything was closed. 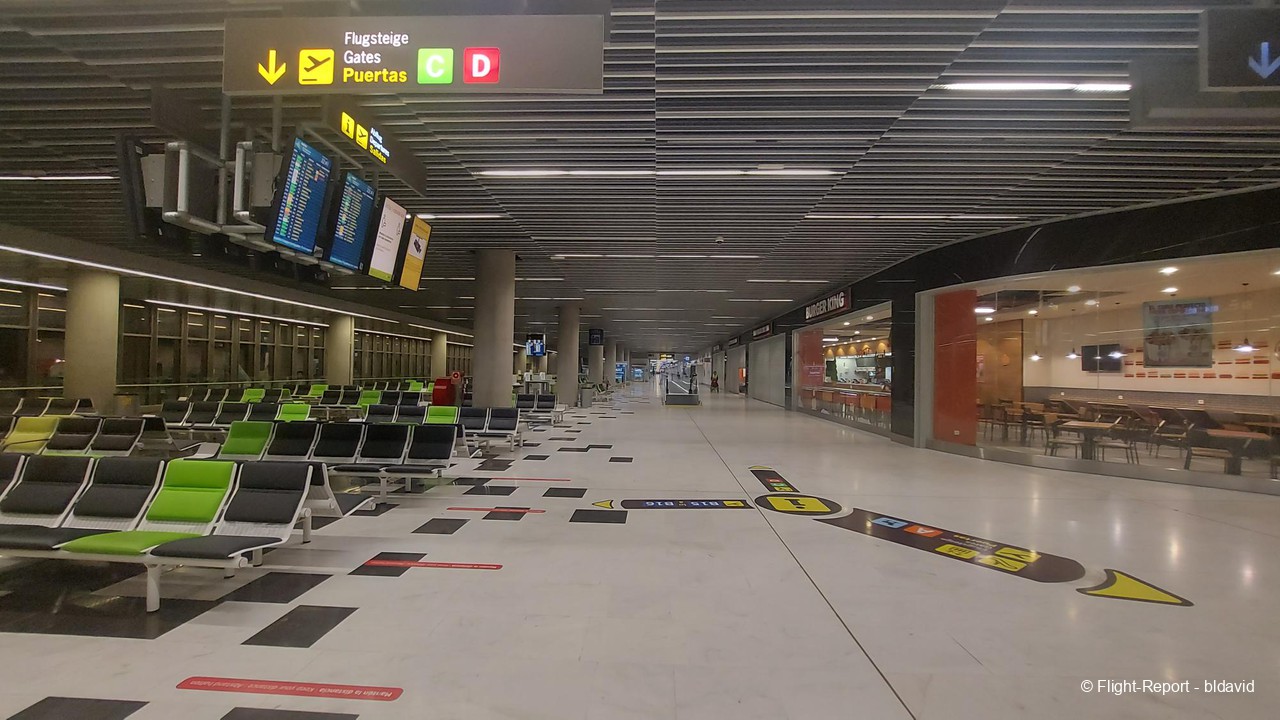 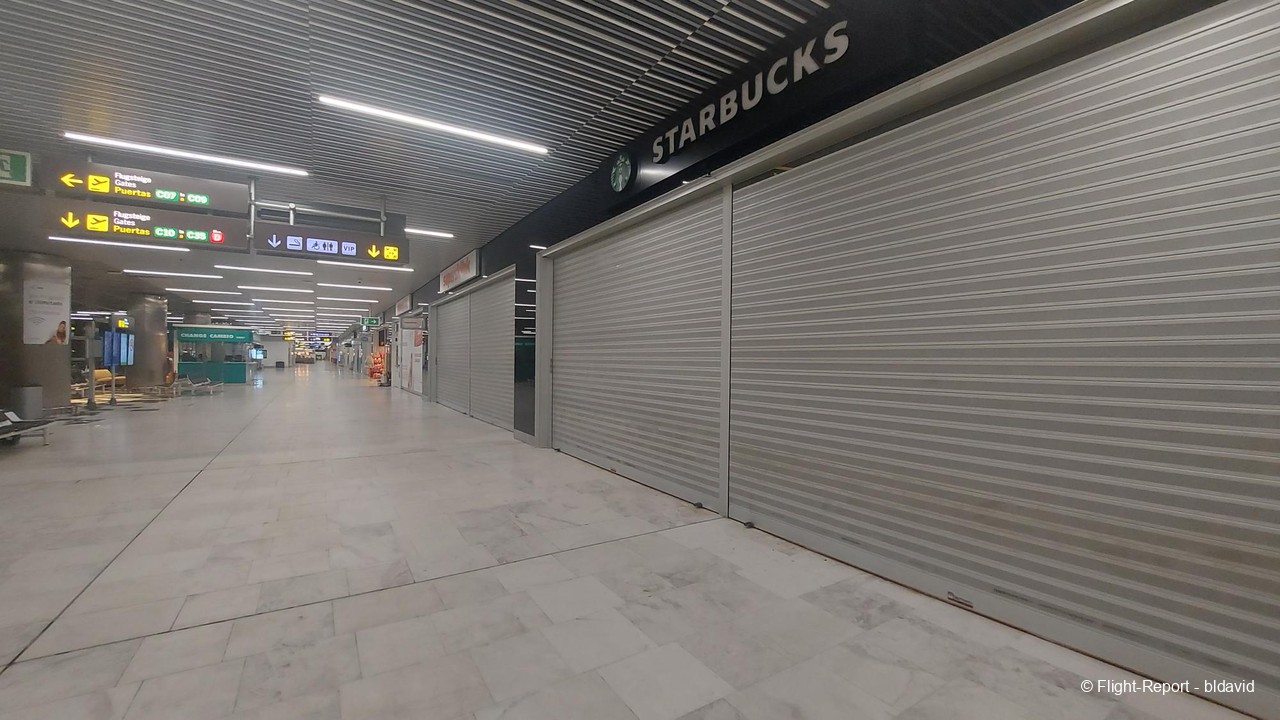 My flight to Dakar was the last flight of the day. 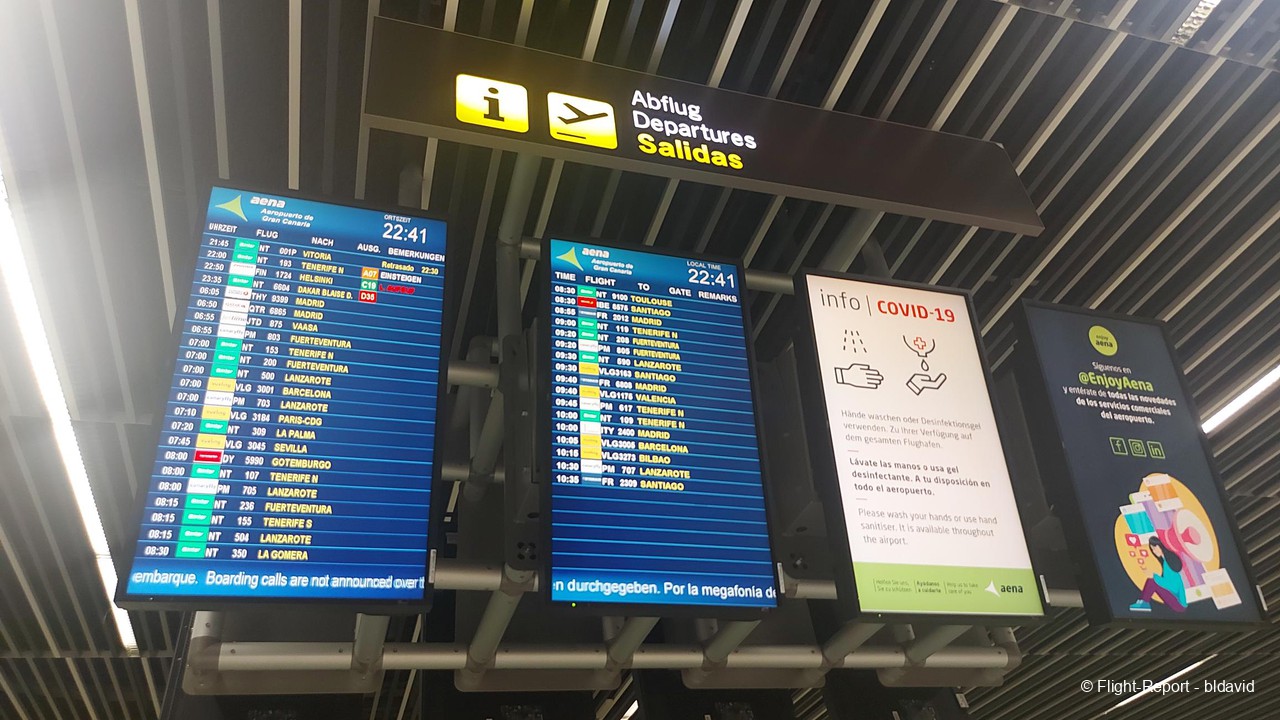 I passed passport control quickly to get to the boarding area. Boarding had already started by the time I got there. 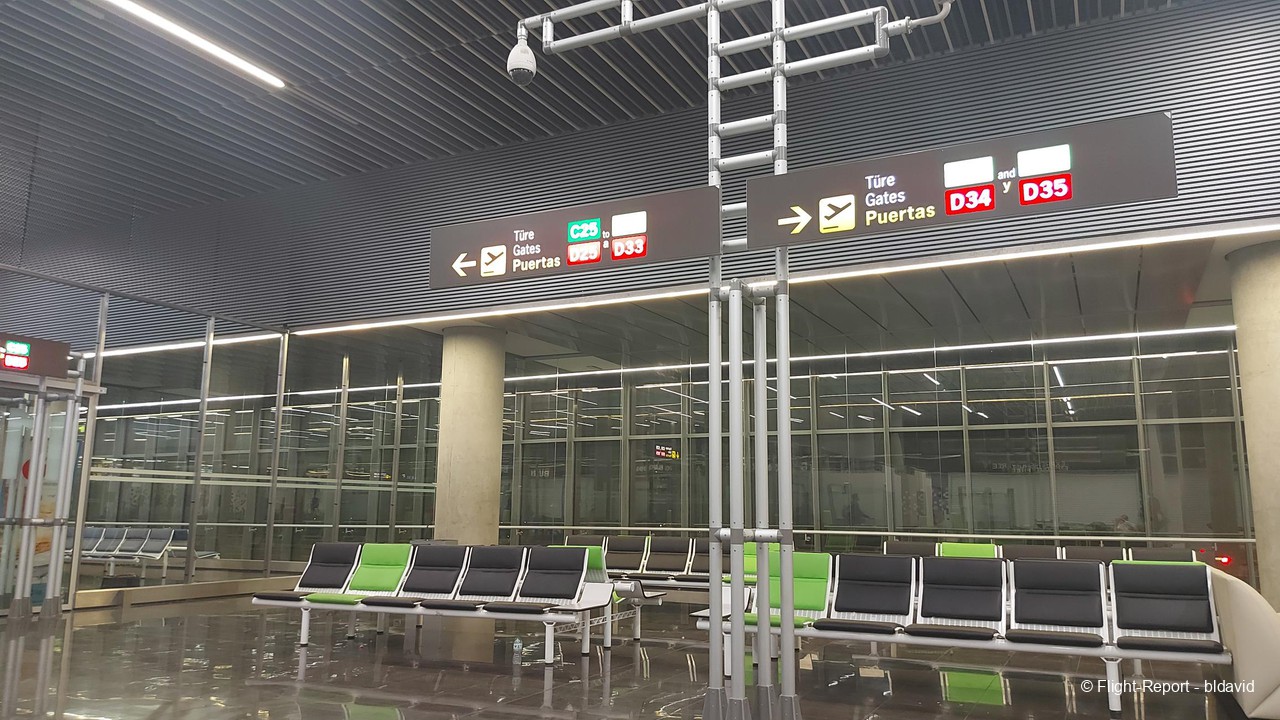 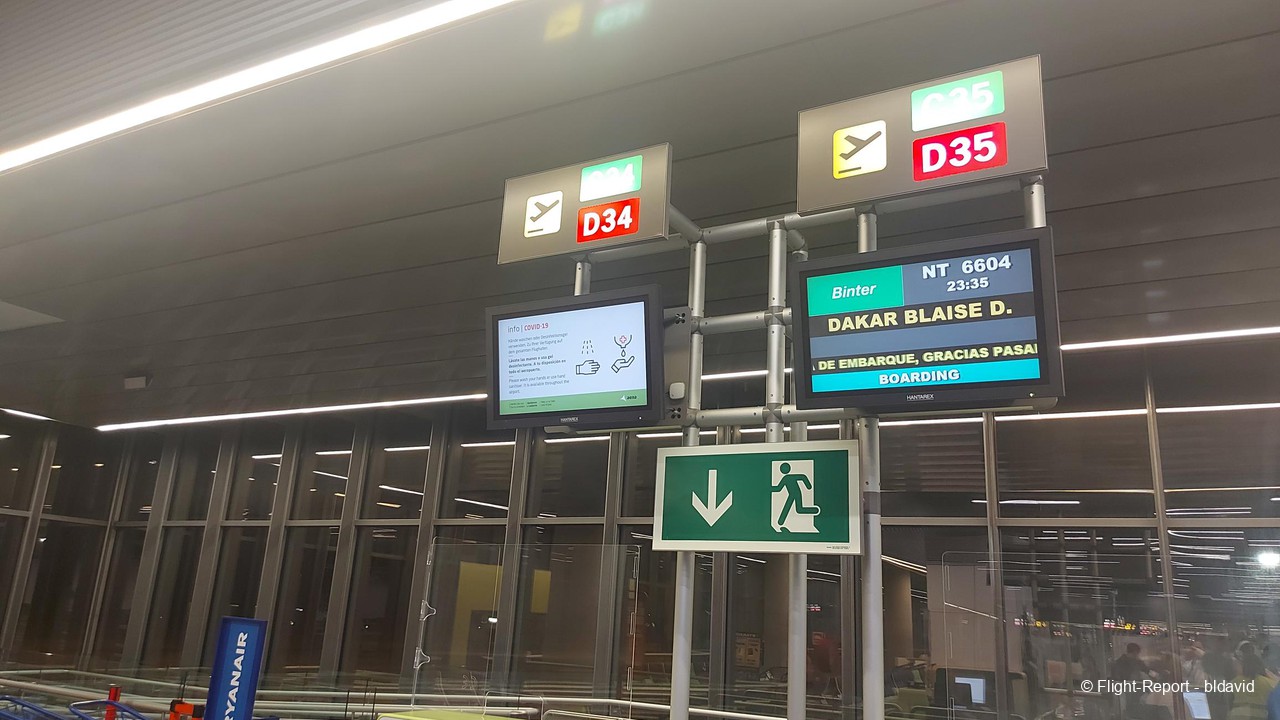 Boarding was slow. We were bussed to our plane, an E195, registration number EC-NHA, built in 2019. 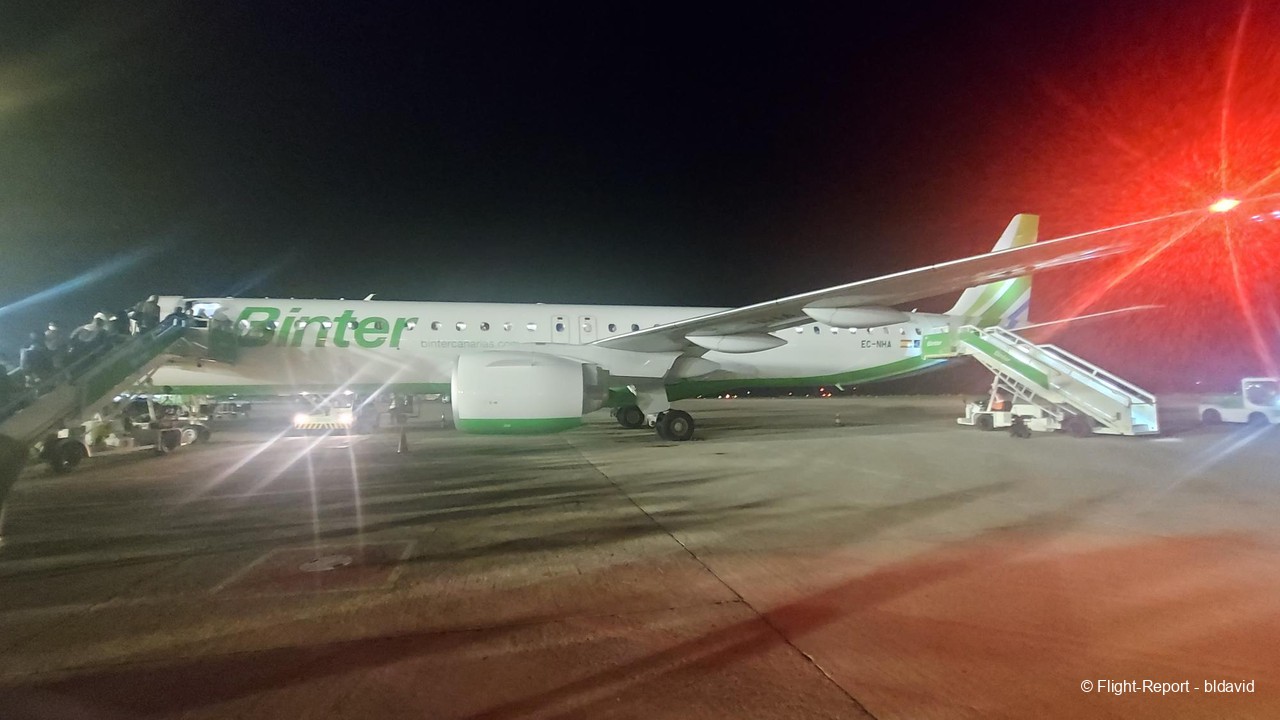 The flight was full, most passengers had a lot of hand luggage, the overhead compartments were small on the E195 and boarding was through both doors. It took a long time for everyone to find their seats, place their luggage and sit down. It was chaotic.

The plane has an all economy 2+2 configuration in 33 rows with a total of 132 seats. 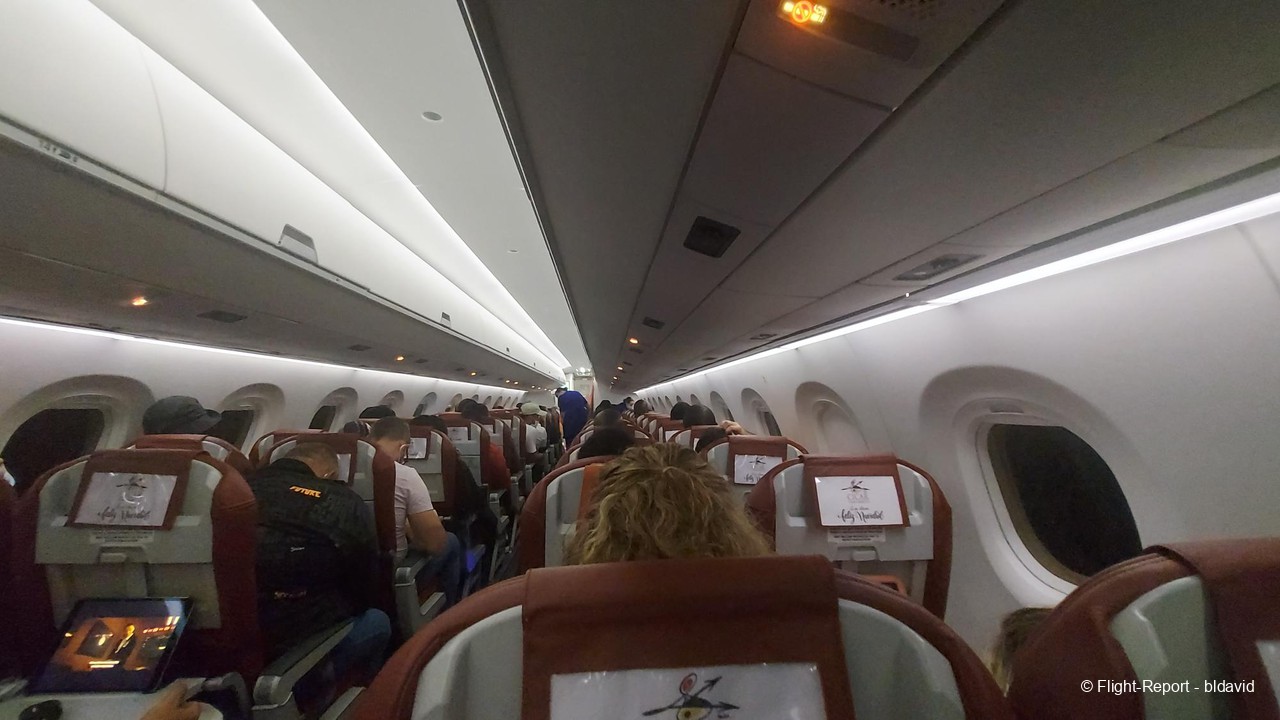 My seat 18D had  excellent legroom. 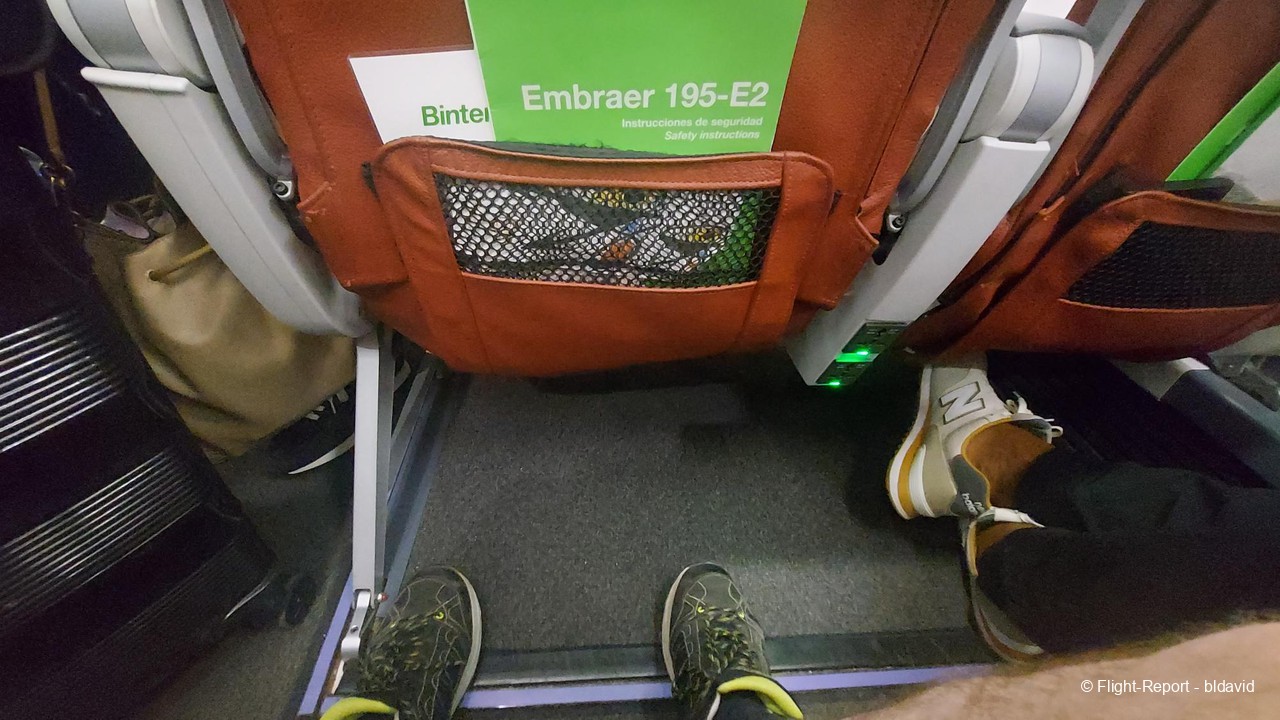 Most passengers seemed to be West Africans living in the Canary Islands going home for holidays. There was a positive vibe onboard.

Service started 30 minutes after take-off. Wine, beer, juice, soft drinks, water were available, and a sandwich was offered. While it does not seem to be bad for a relatively short economy flight, this is clearly a downgrade compared to the service I had on a very similar flight to Nouakchott a couple of years ago – see my flight report here. 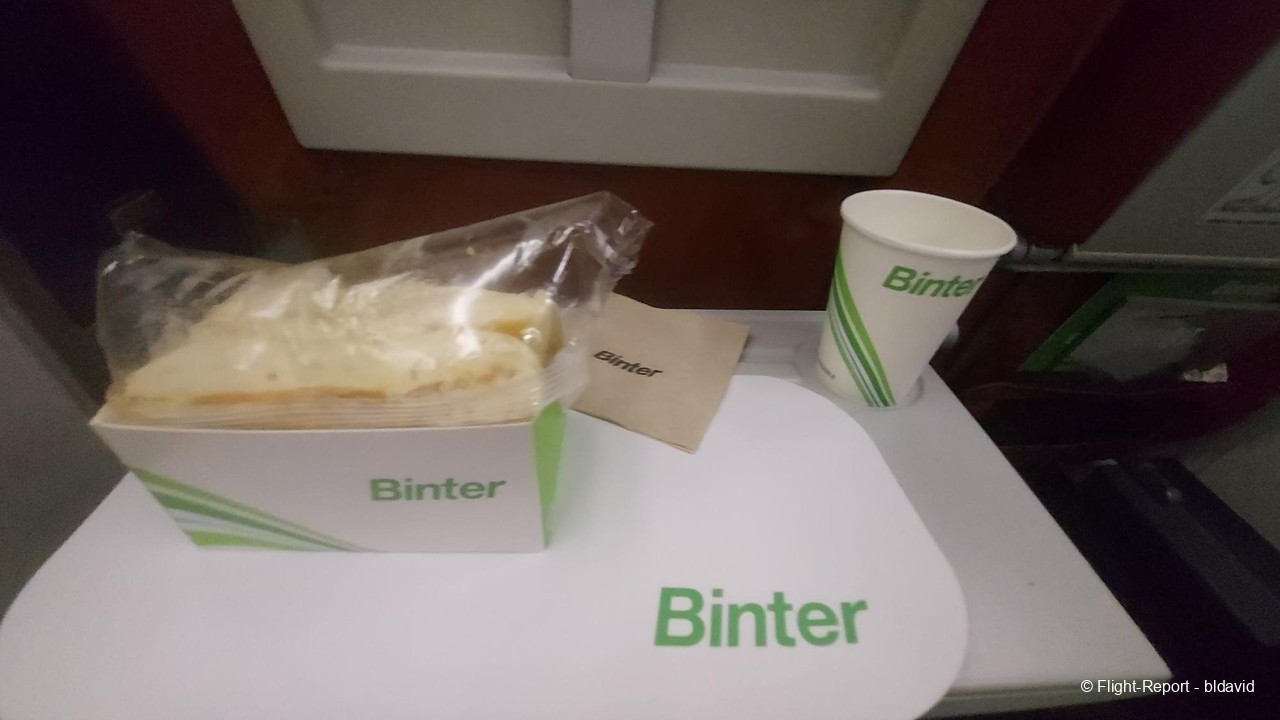 A chocolate bar was offered a short time later. 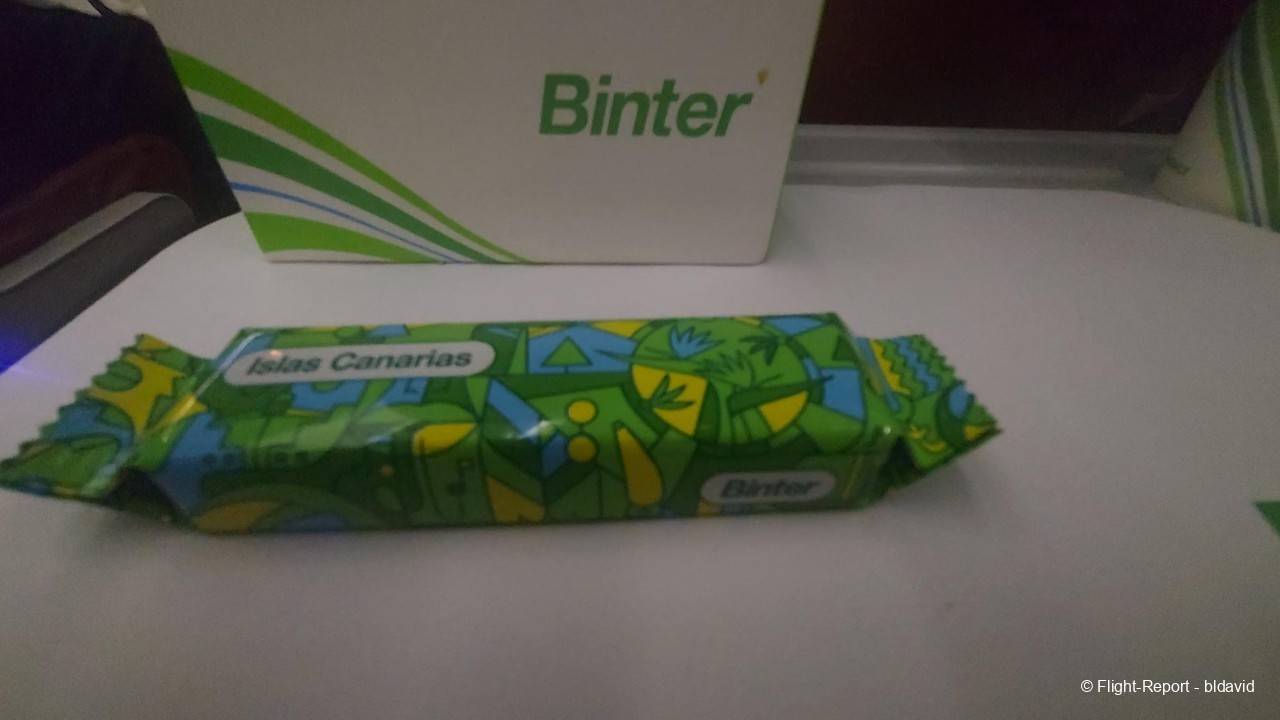 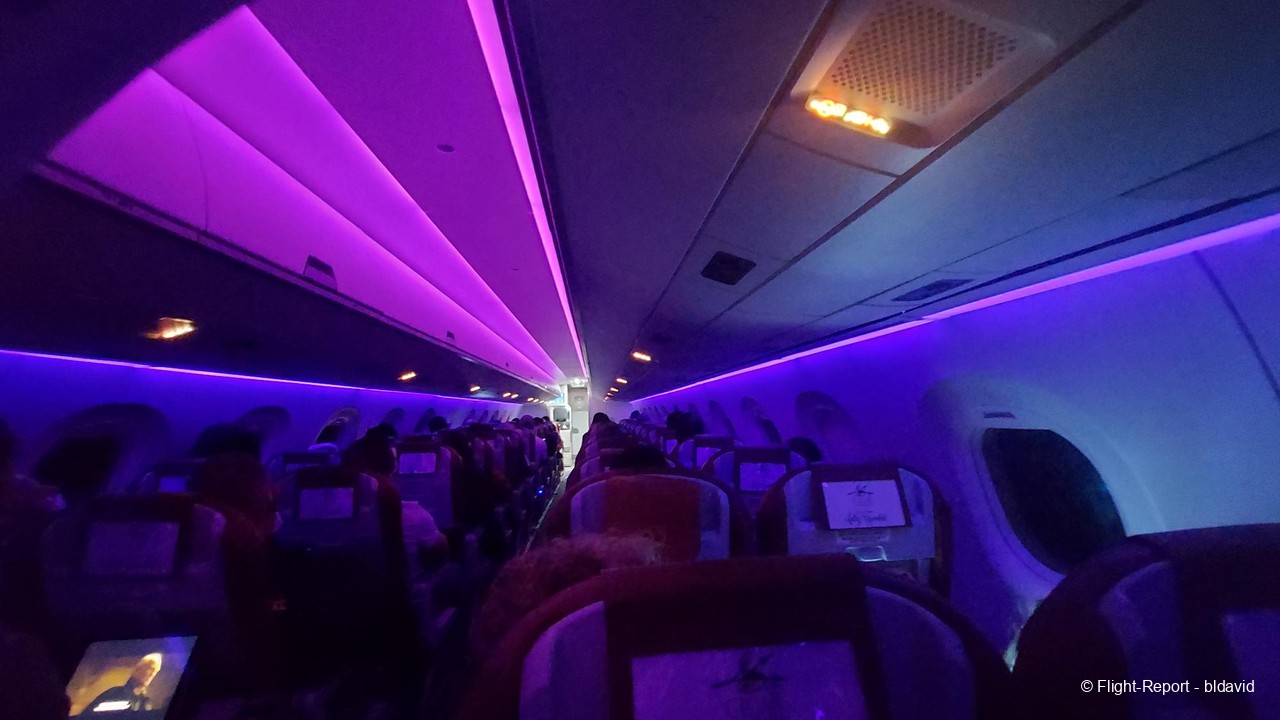 I slept for the rest of the time as did most other people – it was well past midnight.

Arrival to the new Dakar Airport (DSS) was a positive experience; passport control was quick.

I first visited Senegal in 1999 and this was my second trip. Senegal is one of the fastest developing countries in West Africa. The new airport, motorway and railway are all up to the highest standards. Although the majority of the Senegalese people remain poor there’s clearly an emerging lower middle-class that has a much better standard of living than before. My most positive experience was to see so many people that were smiling and in a good mood. 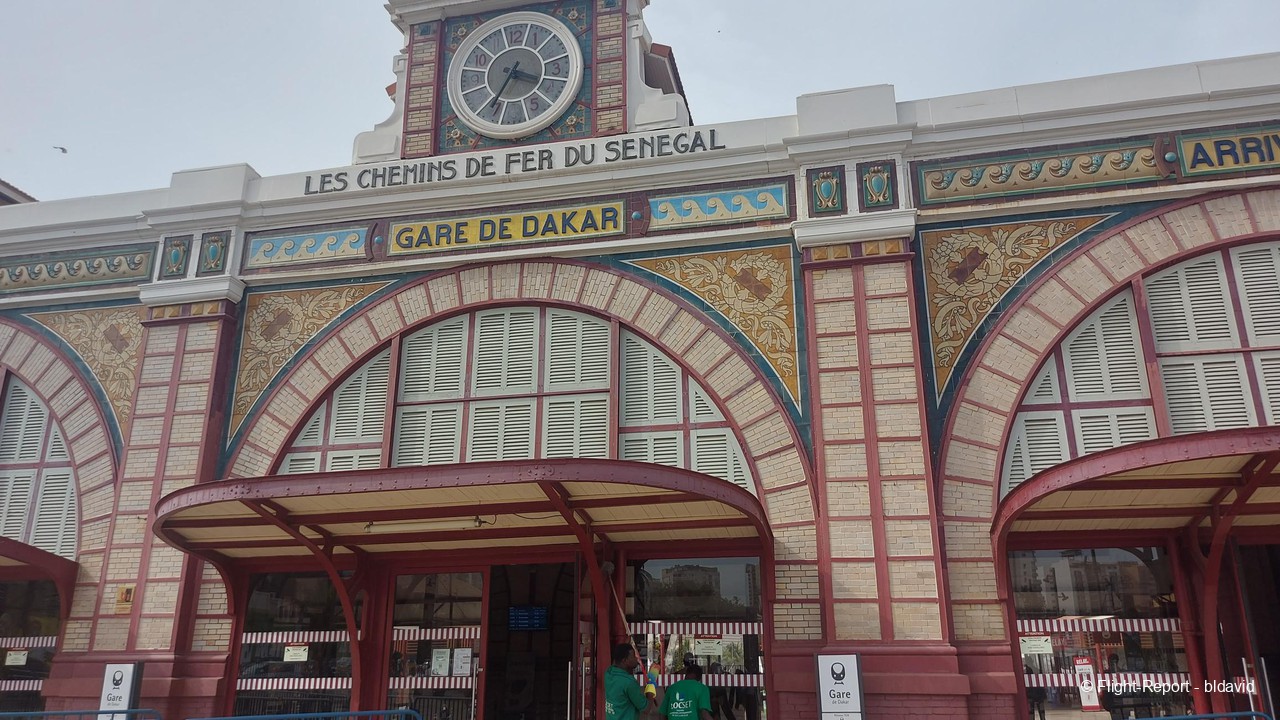 The highlight of a trip to Dakar is a visit to Ile de Gorée. 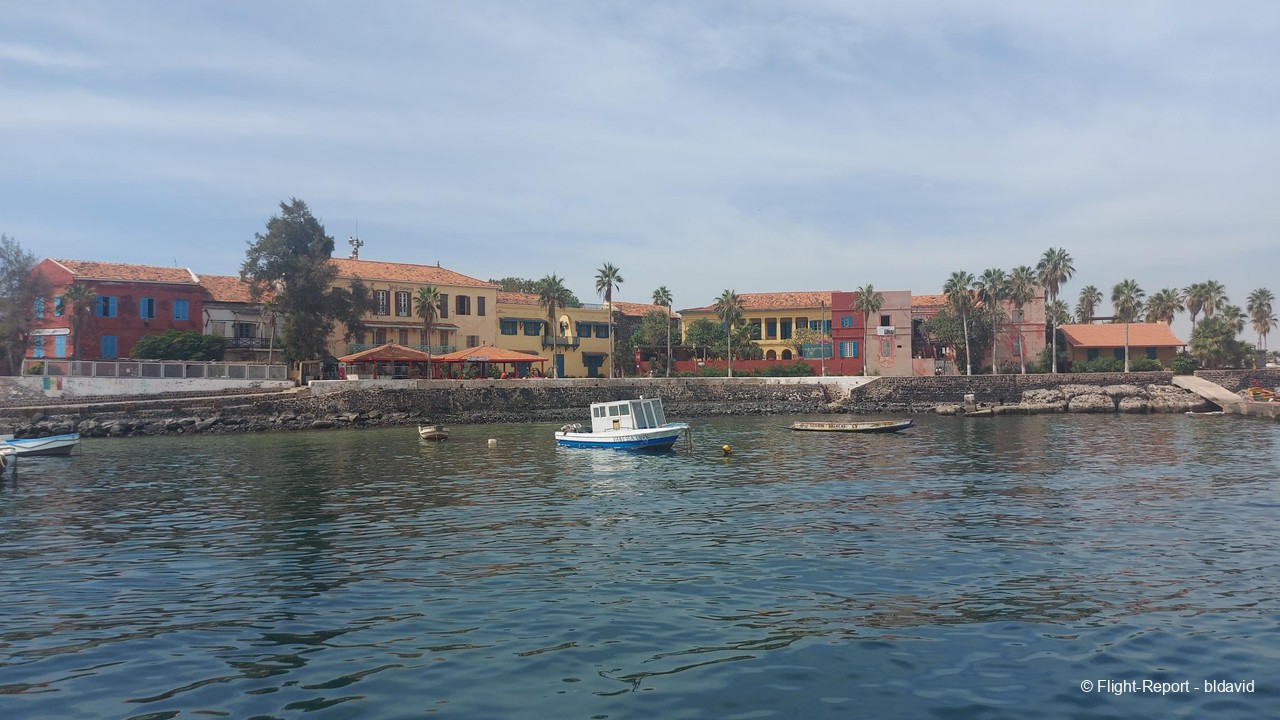 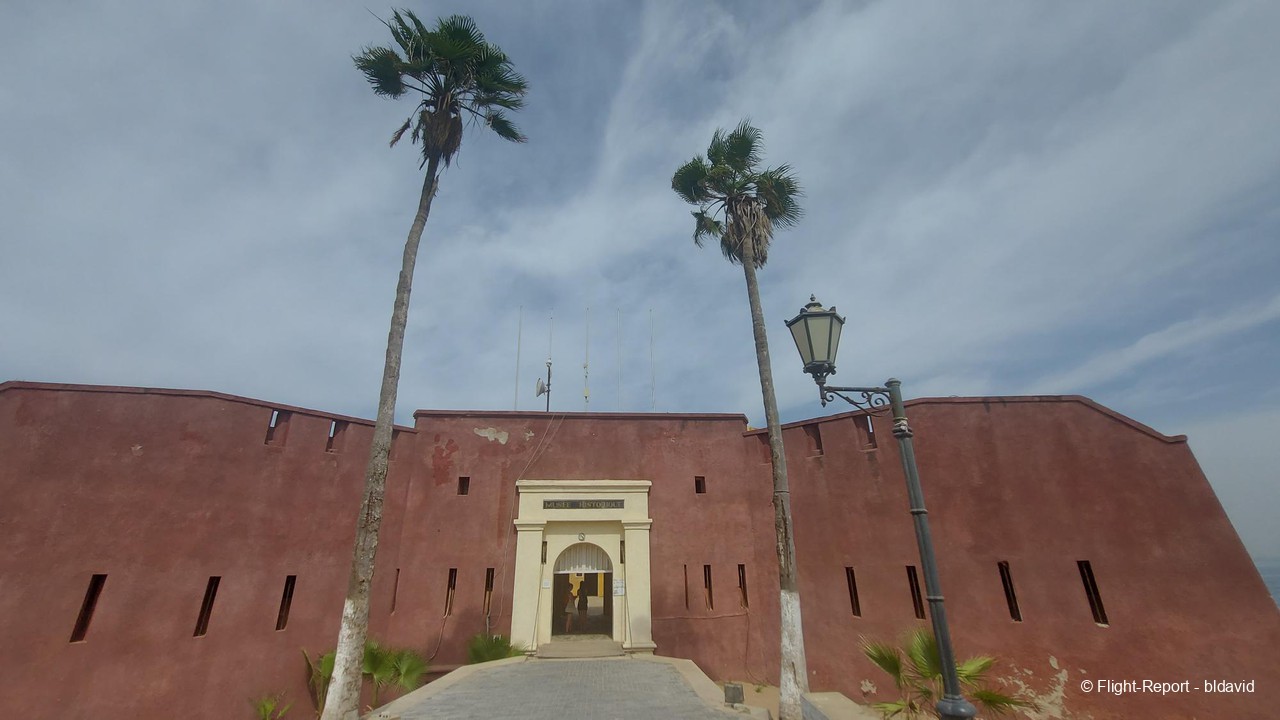 The House of Slaves is now a museum. It has been previously visited by Pope John Paul II, Nelson Mandela, Barack Obama and the Jackson 5, among others. 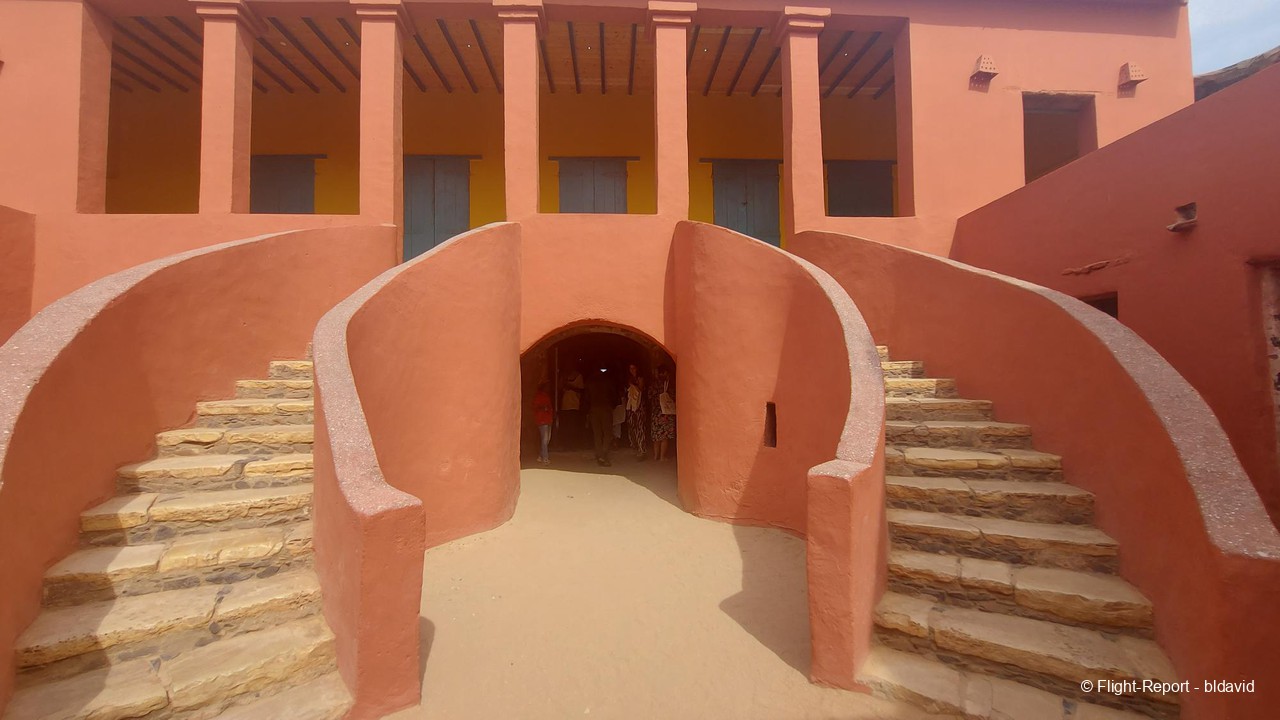 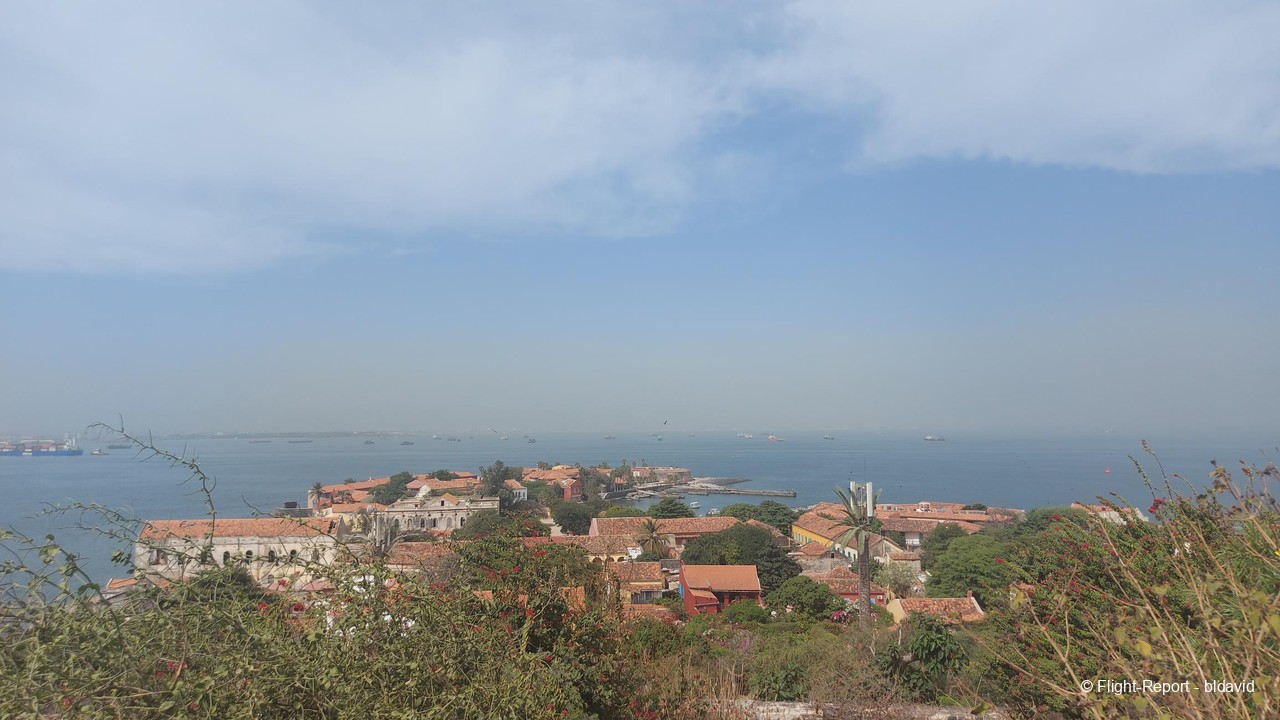 The island is car-free. 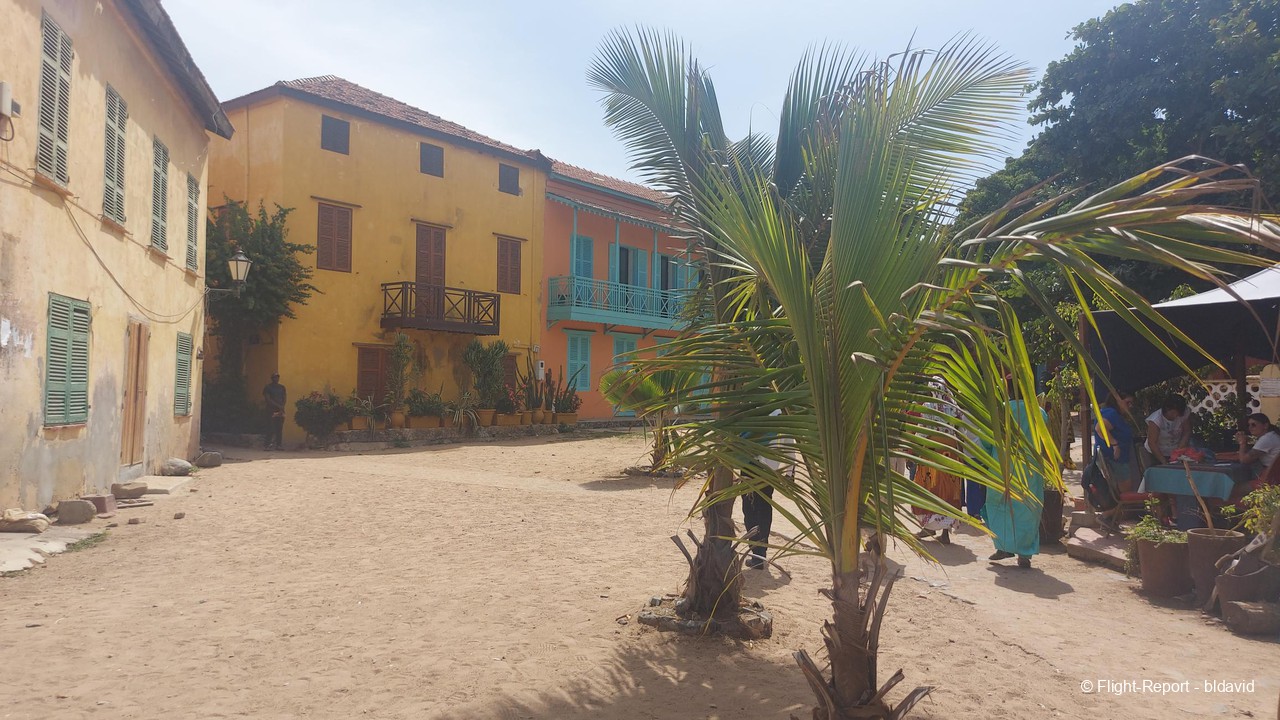 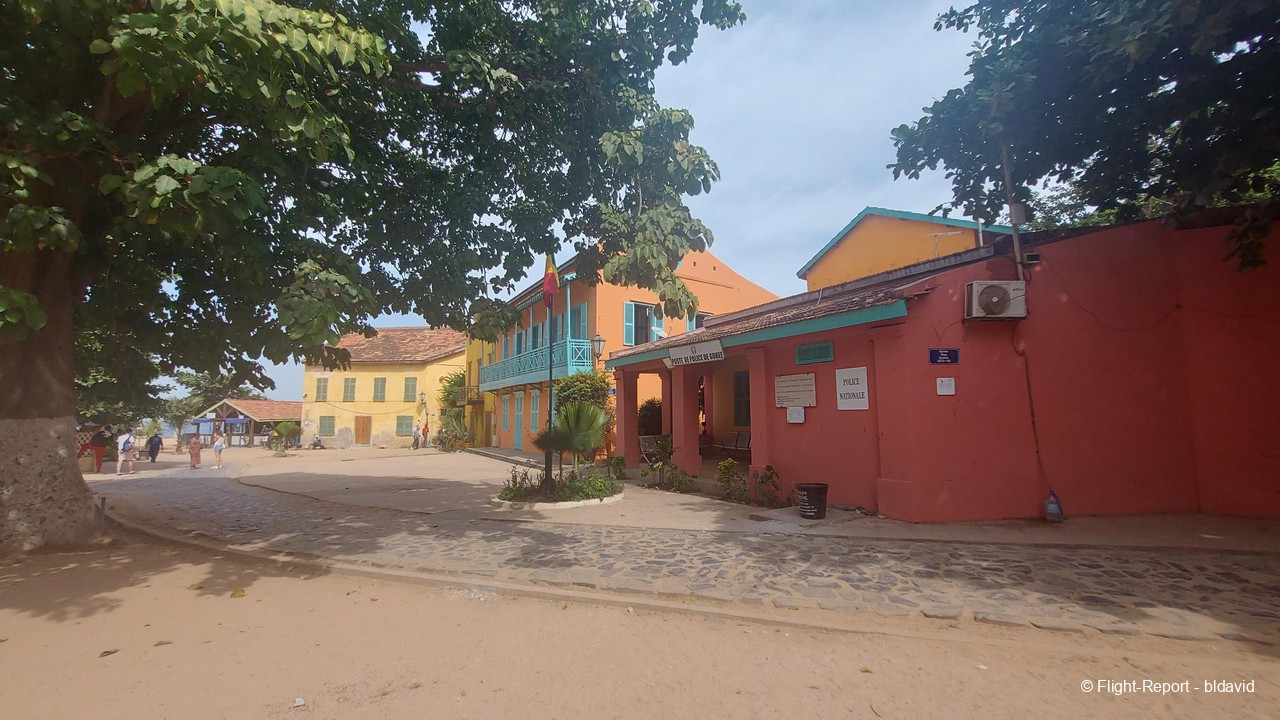 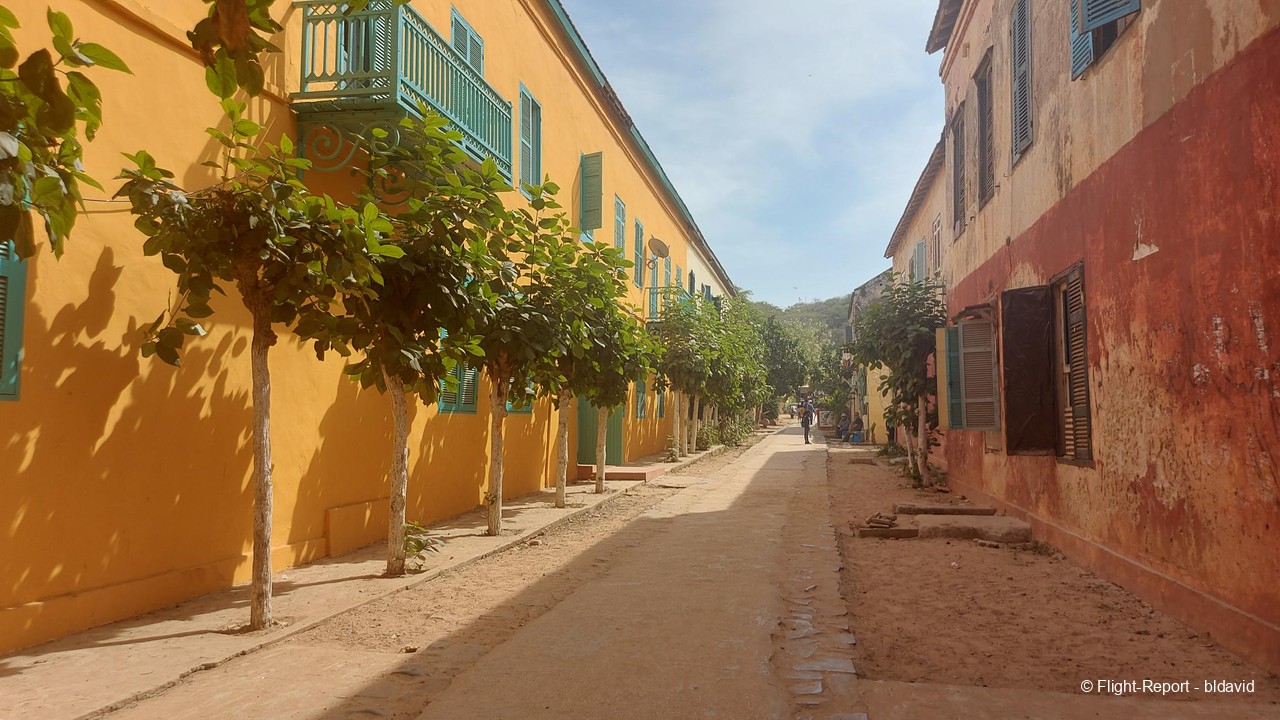 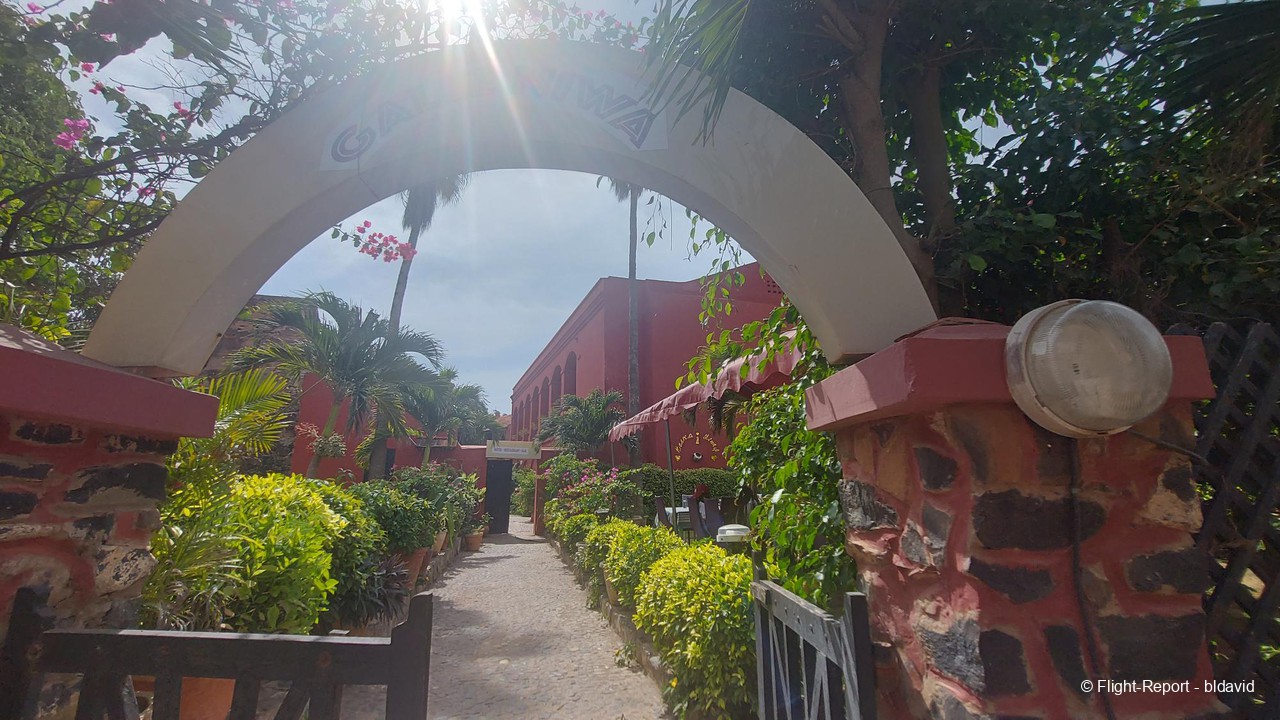 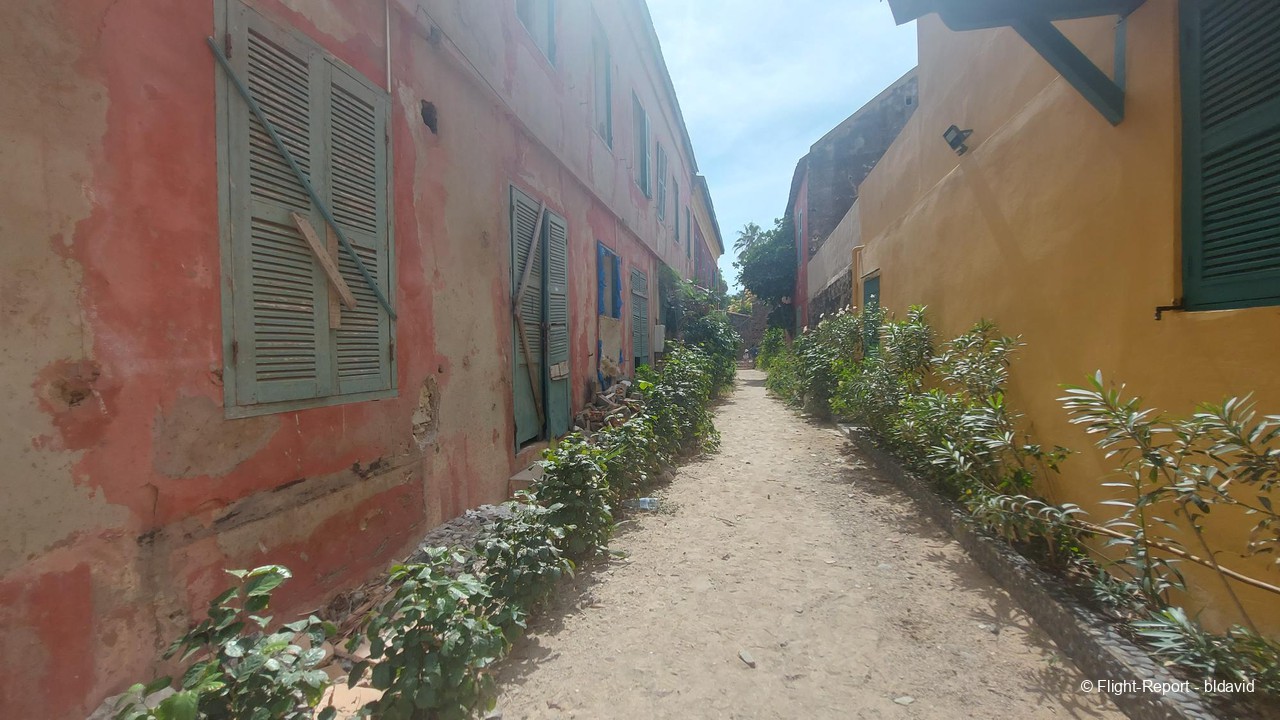 Gorée is a very relaxing place. 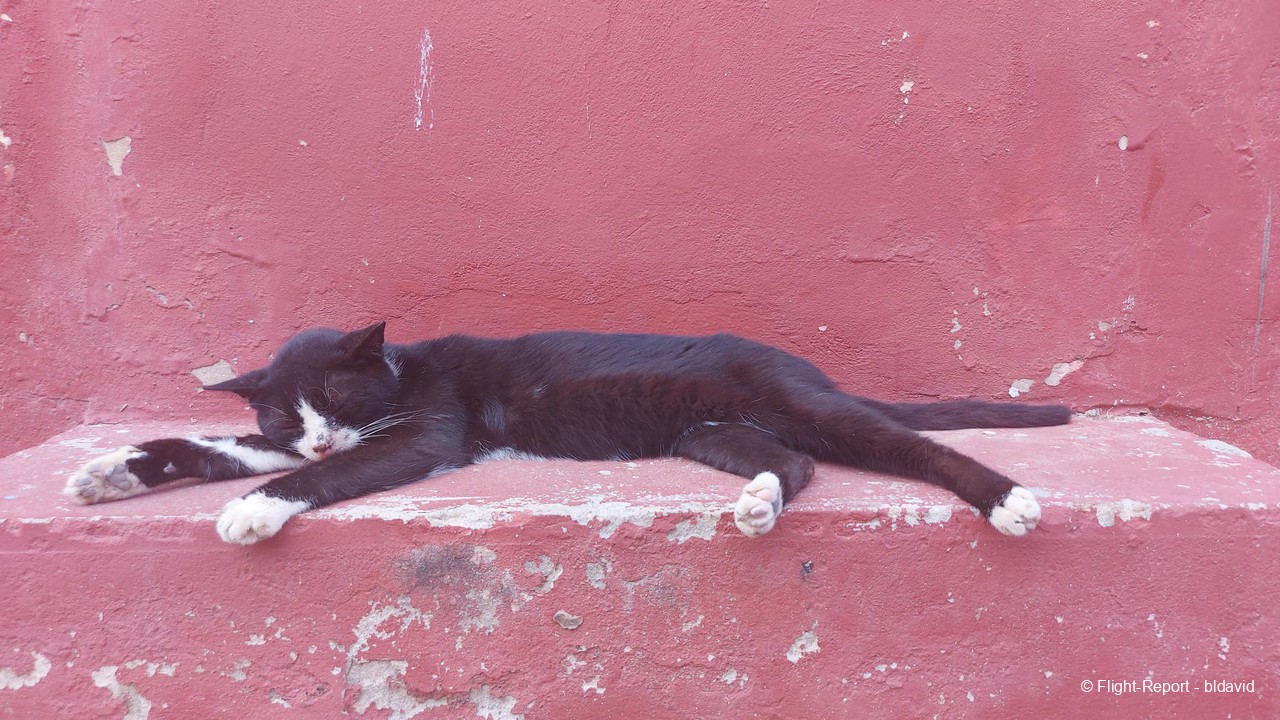 Grand Canaria Airport was empty but otherwise looked quite nice. Binter’s E195 was full but was nevertheless quite OK as I had an emergency exit row seat with extra legroom. There was a meal service included in the price – the choice of drinks was good but the sandwich was so-so. The cabin crew was professional.