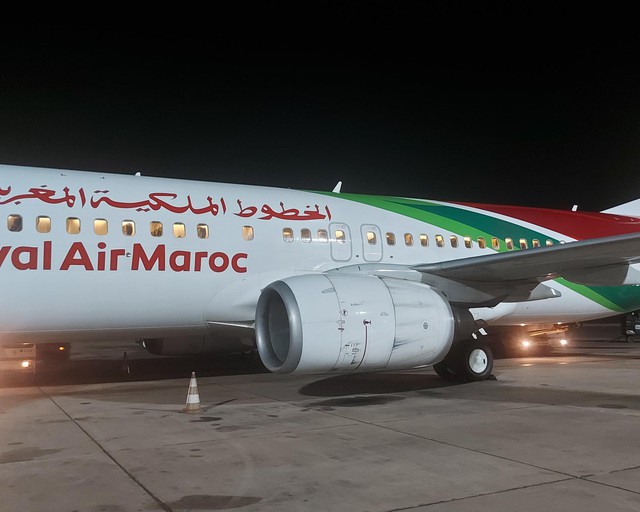 #52 out of 80 Airlines A minimum of 10 flight-reports within the past two years is required to appear in the rankings. 127 reviews

I was supposed to fly Air Sénégal almost a full day later. The schedule of the Banjul to Dakar flight was changed and I would not have been able to reach my connecting flight to Europe so my reservation was cancelled only a few days before departure. I booked Royal Air Maroc instead. The price – just a few days before departure - was fortunately the same as it would have been if booked many months ahead of travel, although it was still more expensive than my original booking on Air Sénégal. My other choices would have been TAP for the same price with its eurobusiness configuration or Air France for double the price.

I arrived from Freetown at 22.49. I paid $20 as an Airport Security Fee, I went through passport control and I was in the Gambia. One minute later I paid $20 again to leave the Gambia. I was checked in at the business class desk in a minute and left the country through the automatic passport control gate. I was then told that by an airport employee that I should have paid the Airport Security Fee once and I got $20 back. I went through security after that – it was also very quick.

I spent only a few minutes this time in the Gambia but I met more friendly and smiling people there than I did in 24 hours in Sierra Leone. 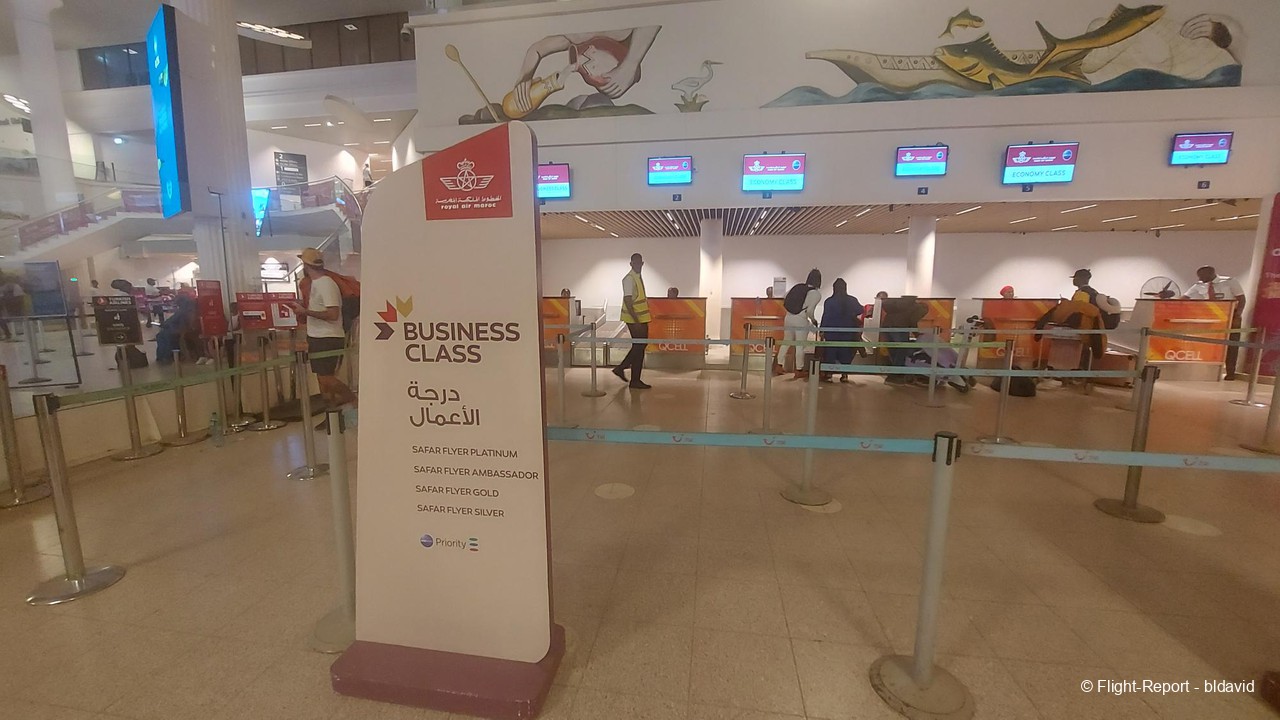 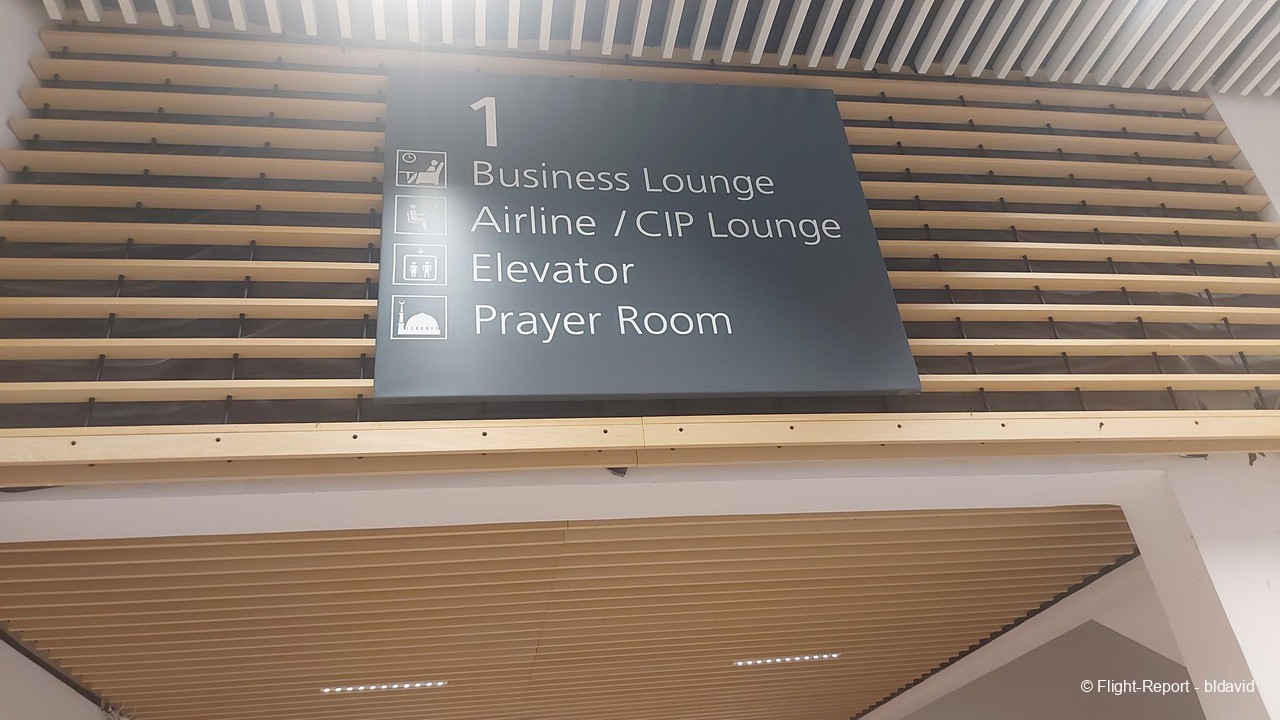 I took the elevator to go one floor up. 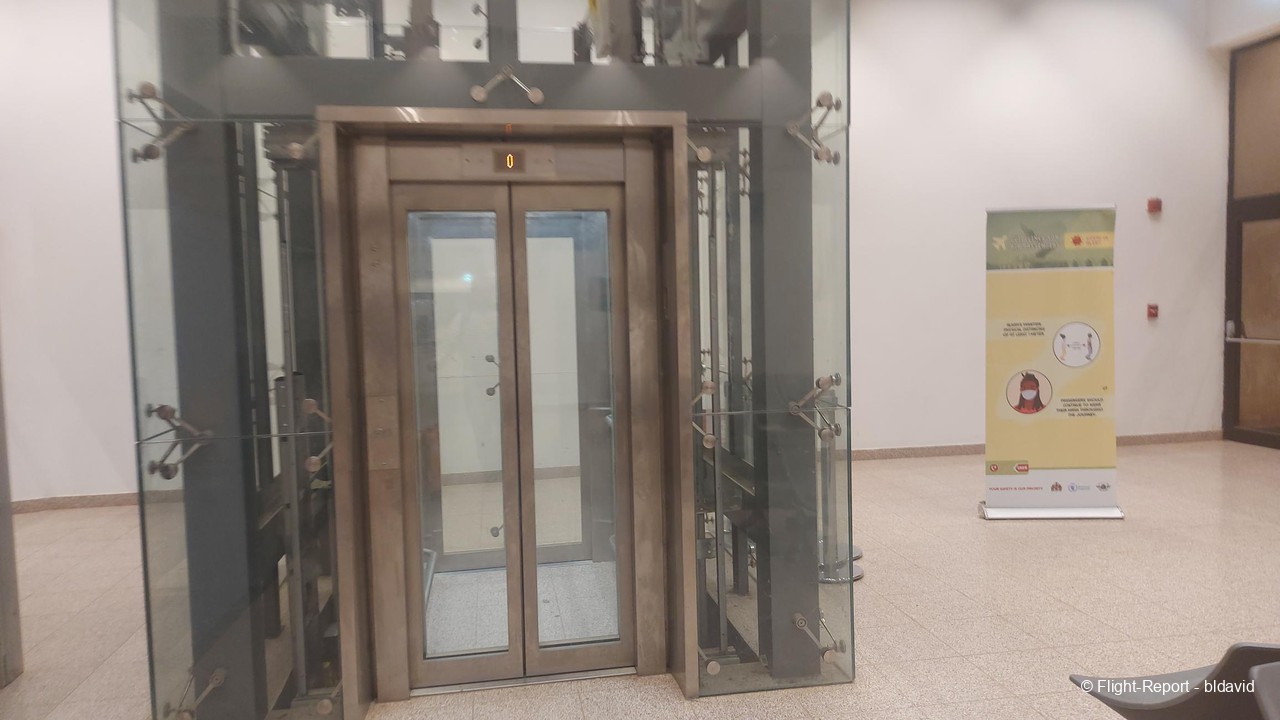 There’s a CIP lounge but as a business class passenger I was sent to the First Class Lounge. A bit confusing. 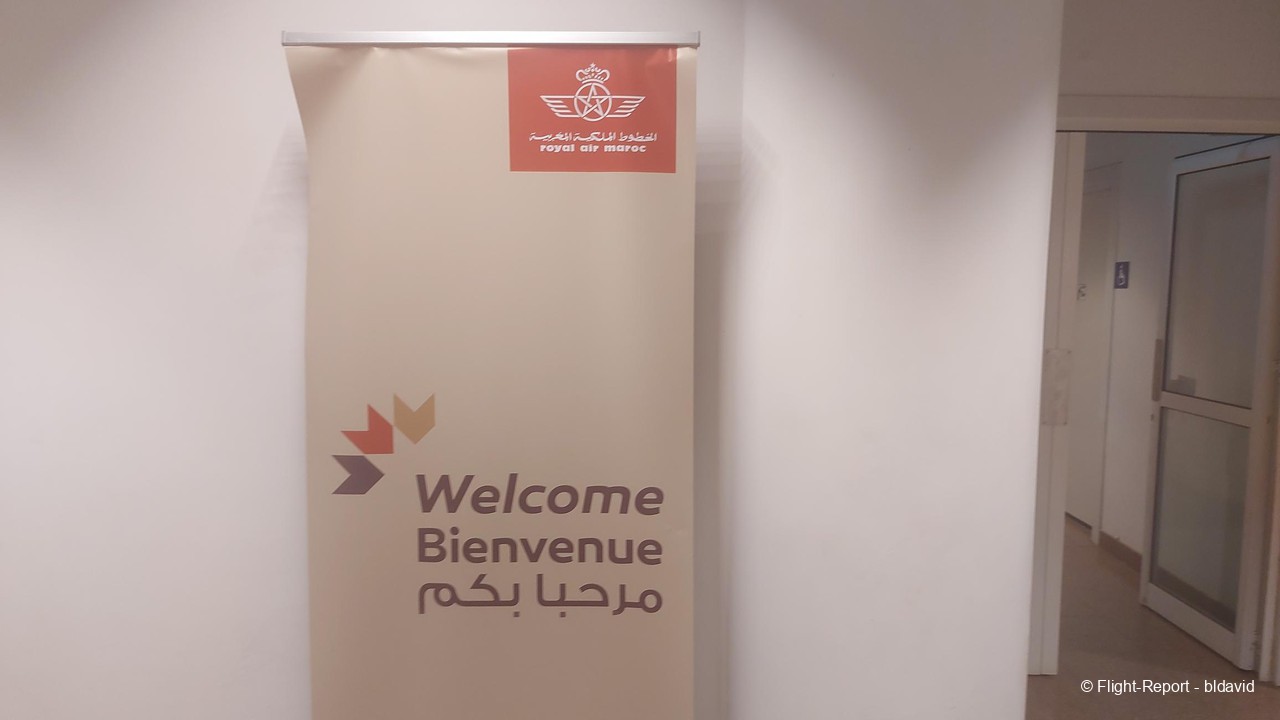 The lounge does not offer first class services but it's spacious and has plenty of comfortable seating. 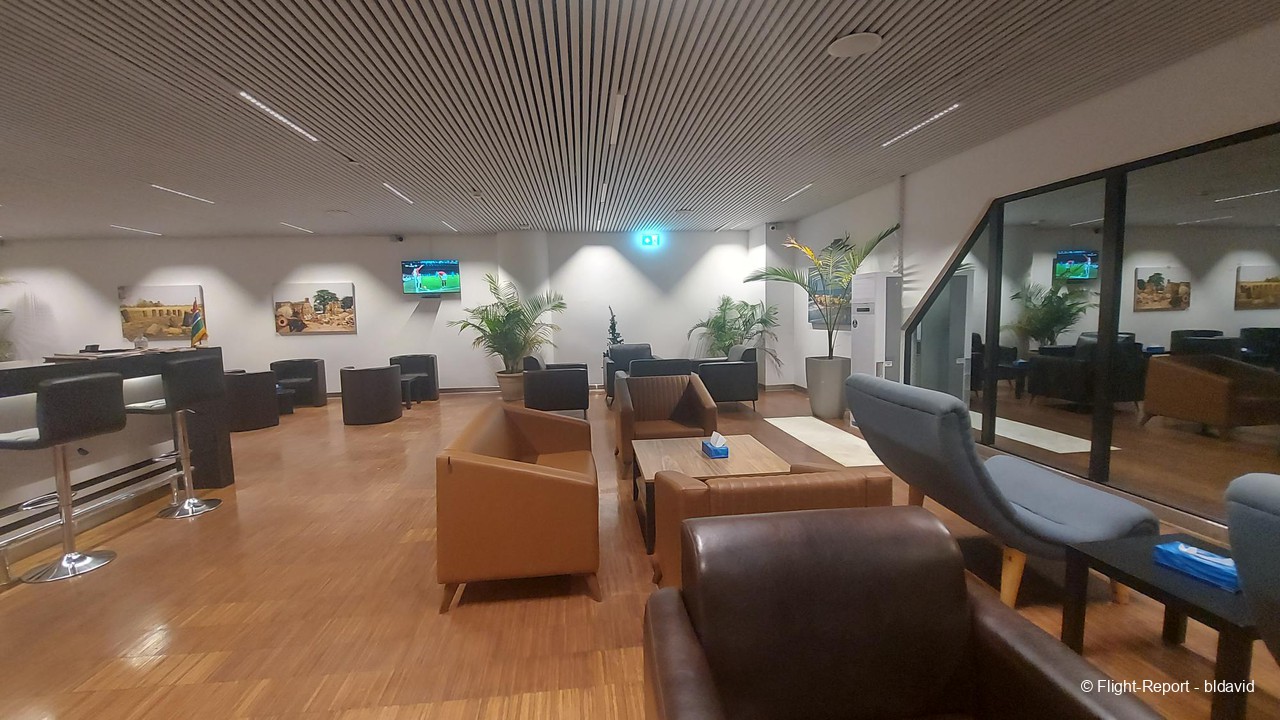 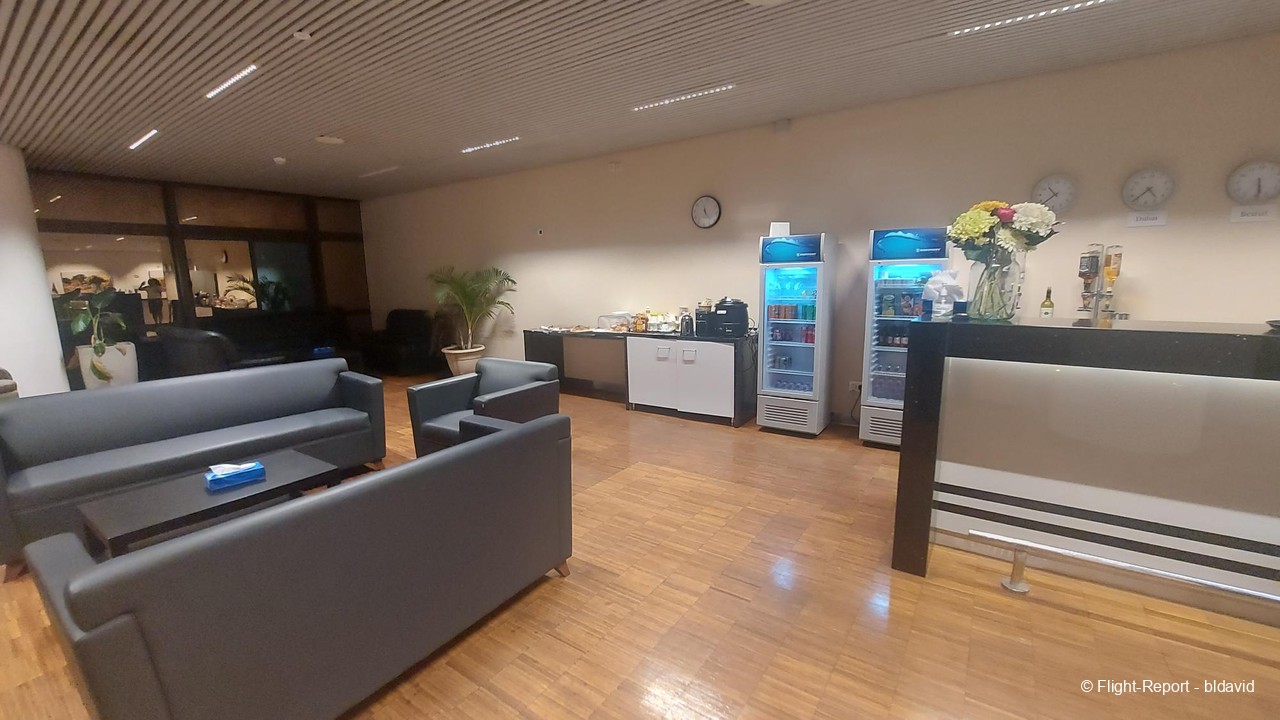 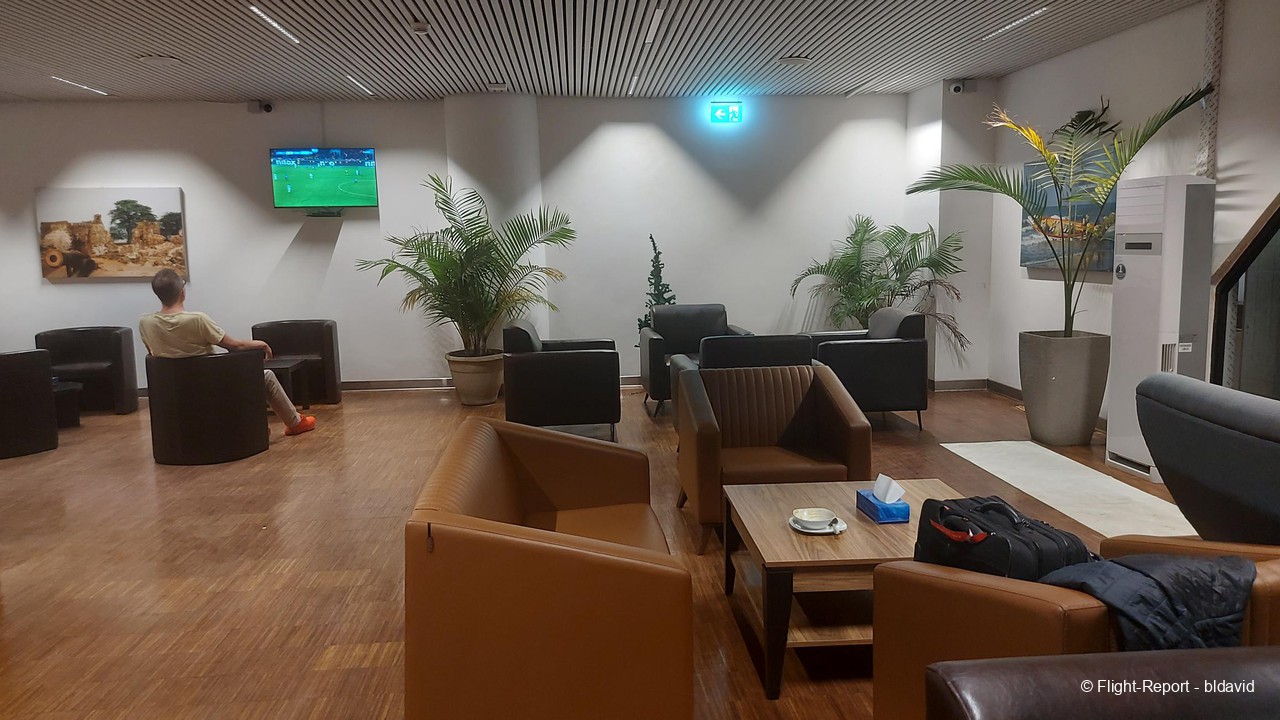 The two staff members were very friendly. I was the only passenger there for quite a long time. Three other passengers booked on the TAP flight came later.

There’s a limited choice of food and drinks. 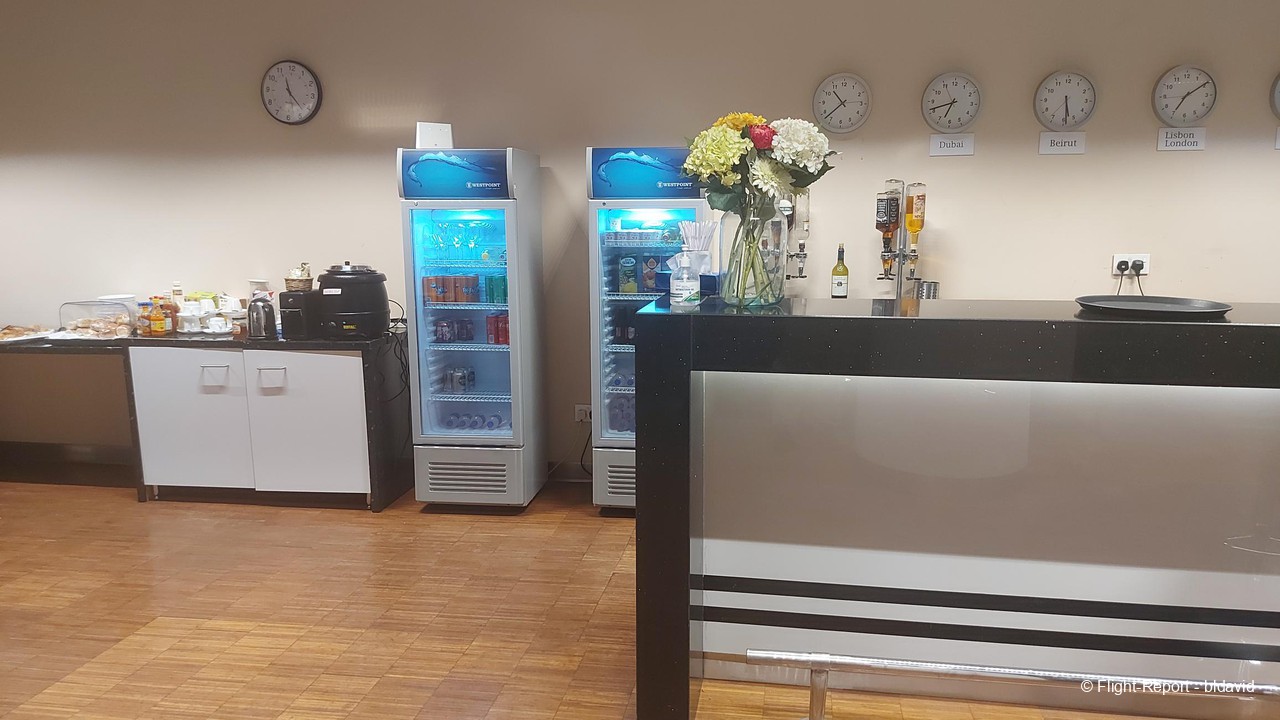 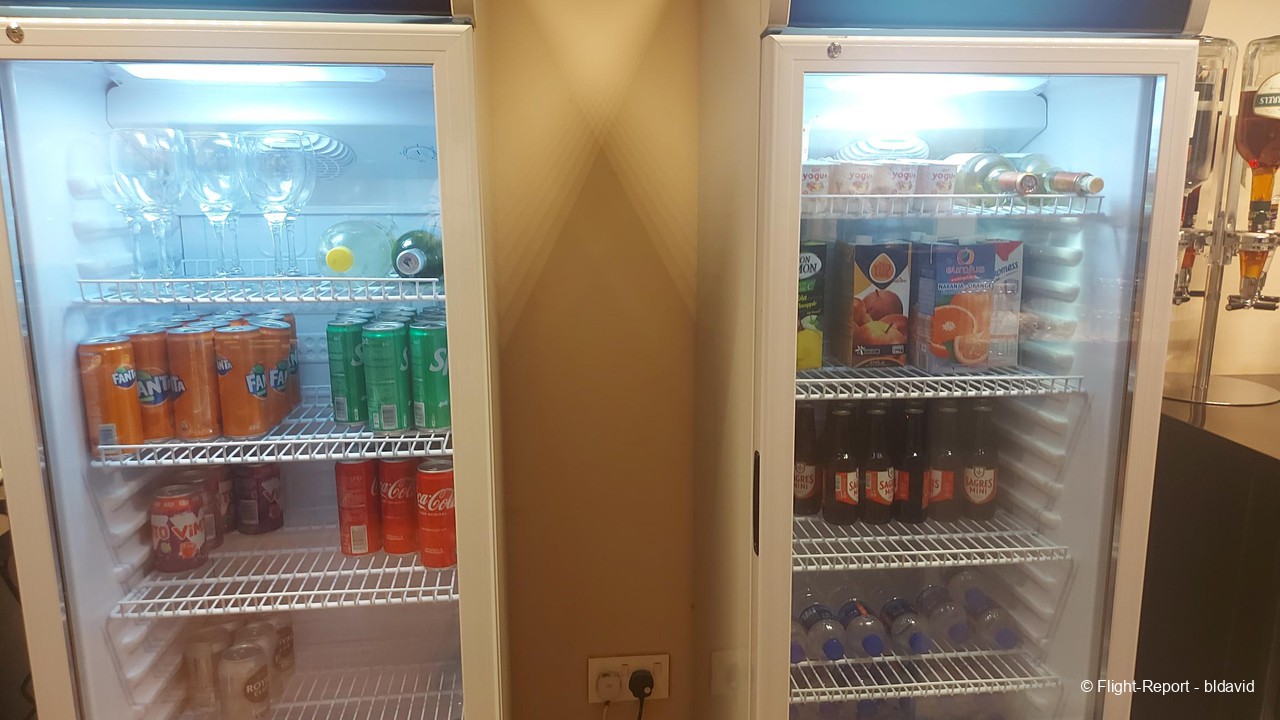 The soup was not good. The pineapple juice was tasty. 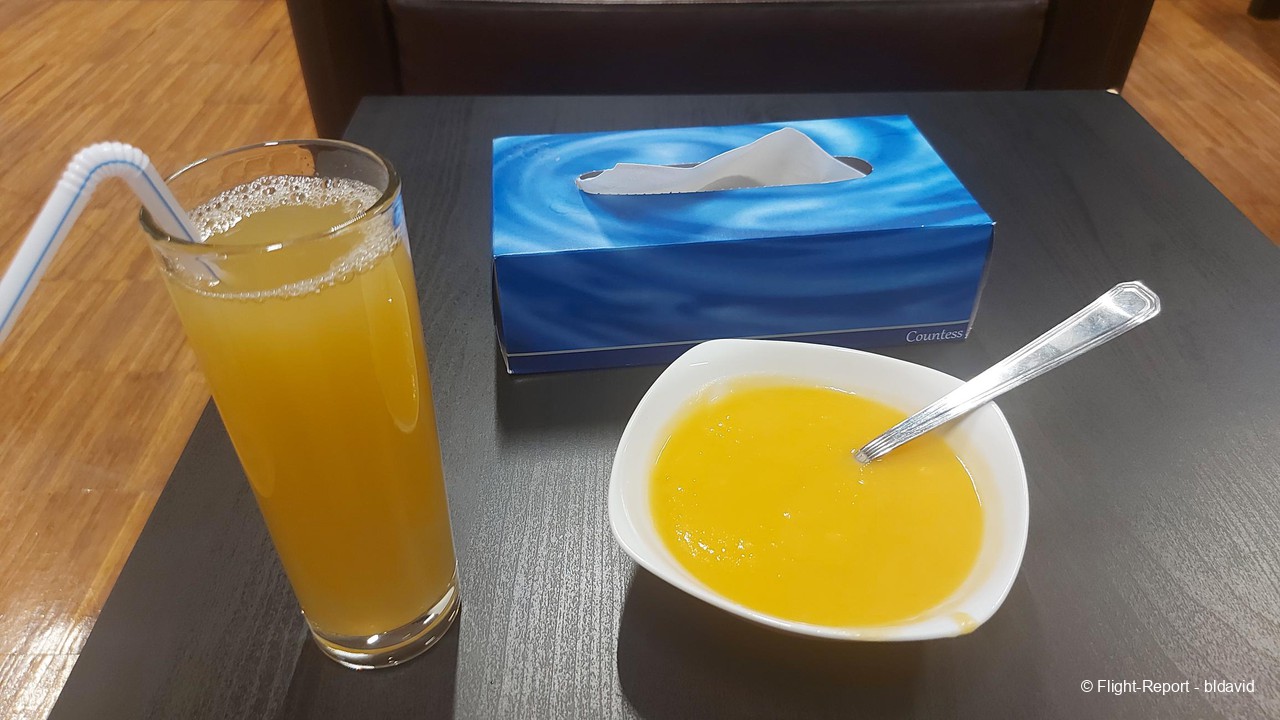 There were quite a few passengers waiting for boarding to start – a sharp contrast with how empty the lounge was.

Boarding started at about 02.15. Priority boarding for business class was not offered but was available when I asked about it.

Boarding was by bus. There was no separate bus for business class. 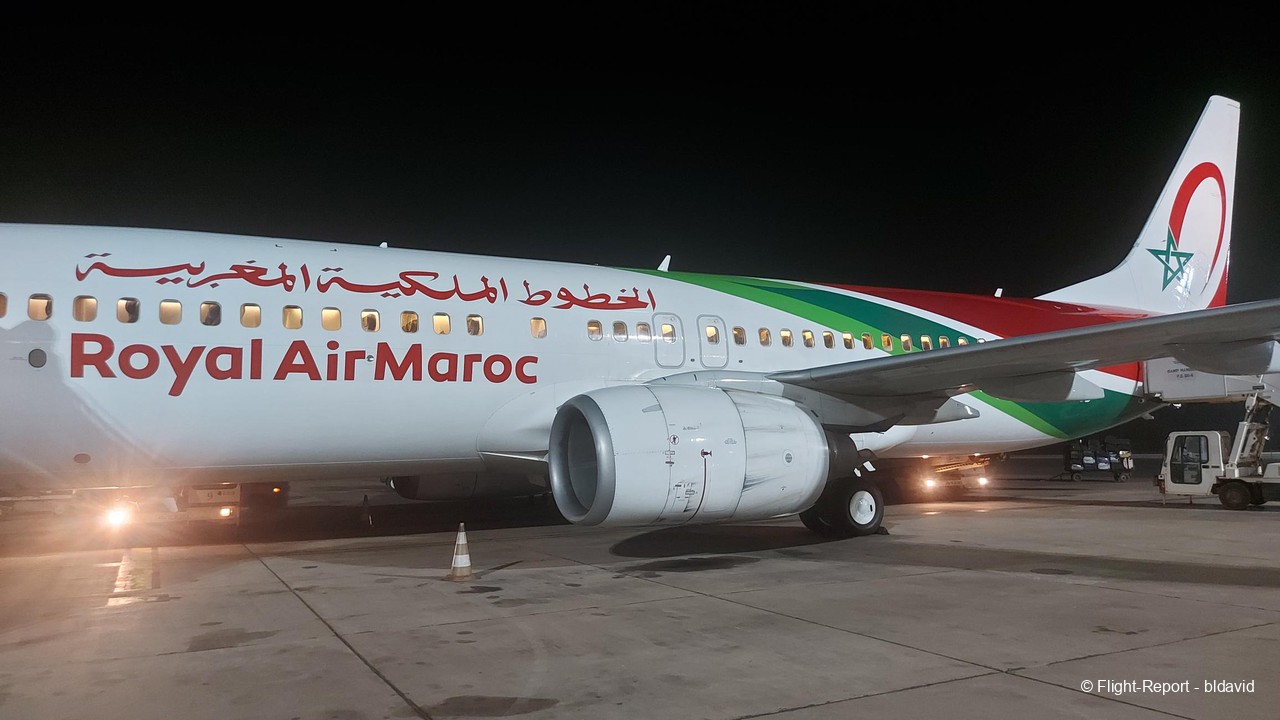 I was the only passenger in business class! This had happened to me only once before that, many years ago, on a Qatar Airways flight from Doha to Kigali.

Royal Air Maroc’s business class cabin onboard the B737-800 has three rows in 2+2 configuration with a total of 12 seats. The seats are US domestic first class type. The cabin looked quite old but the seats were comfortable. 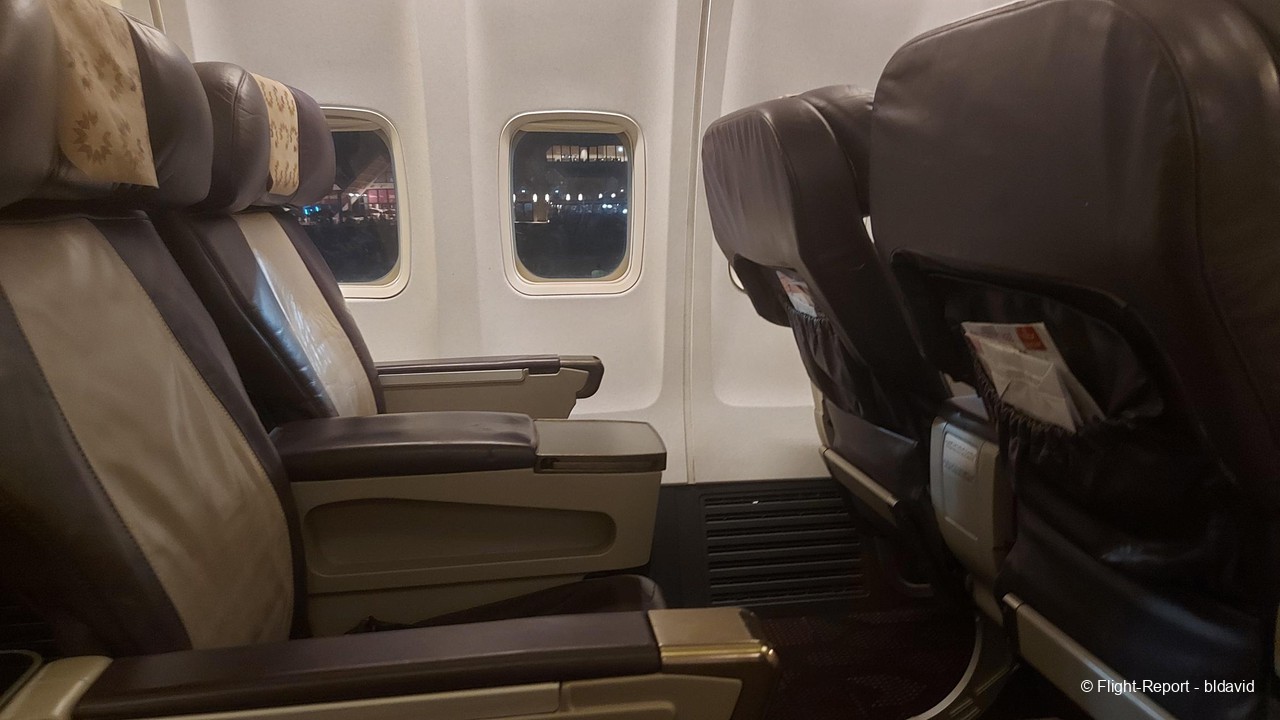 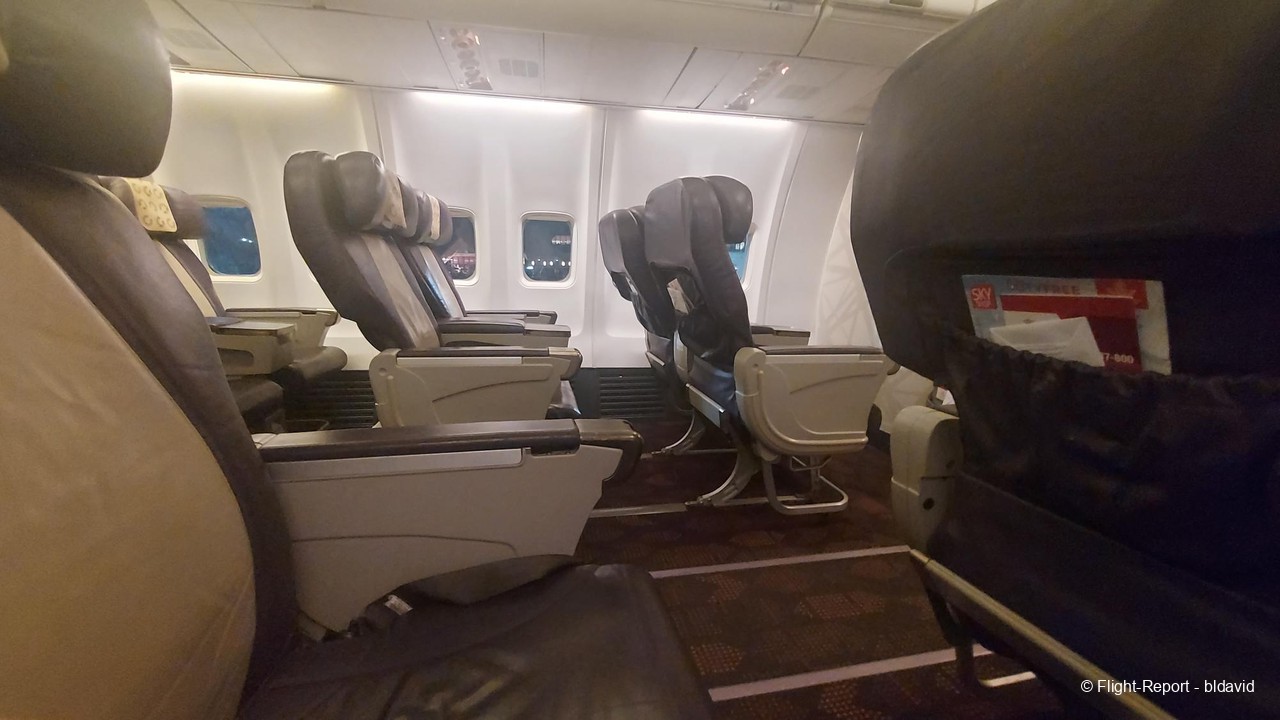 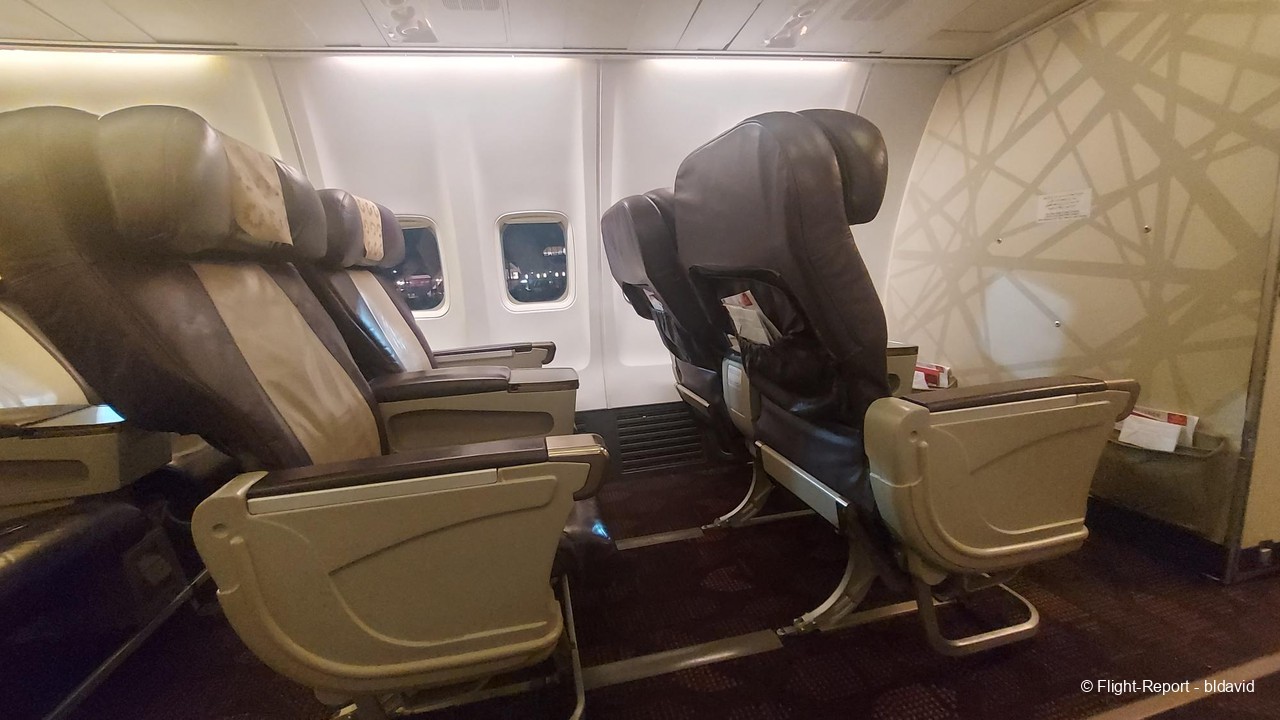 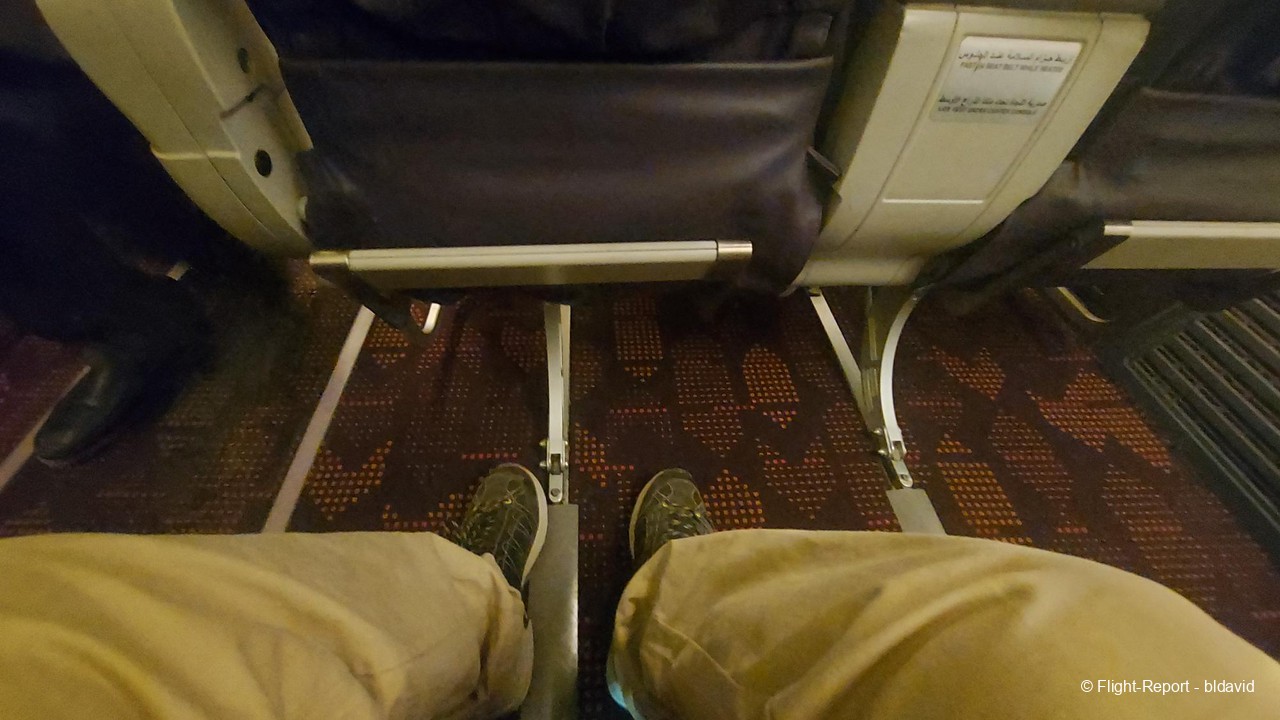 A welcome drink was offered: mint lemonade. The one offered by Turkish is better. 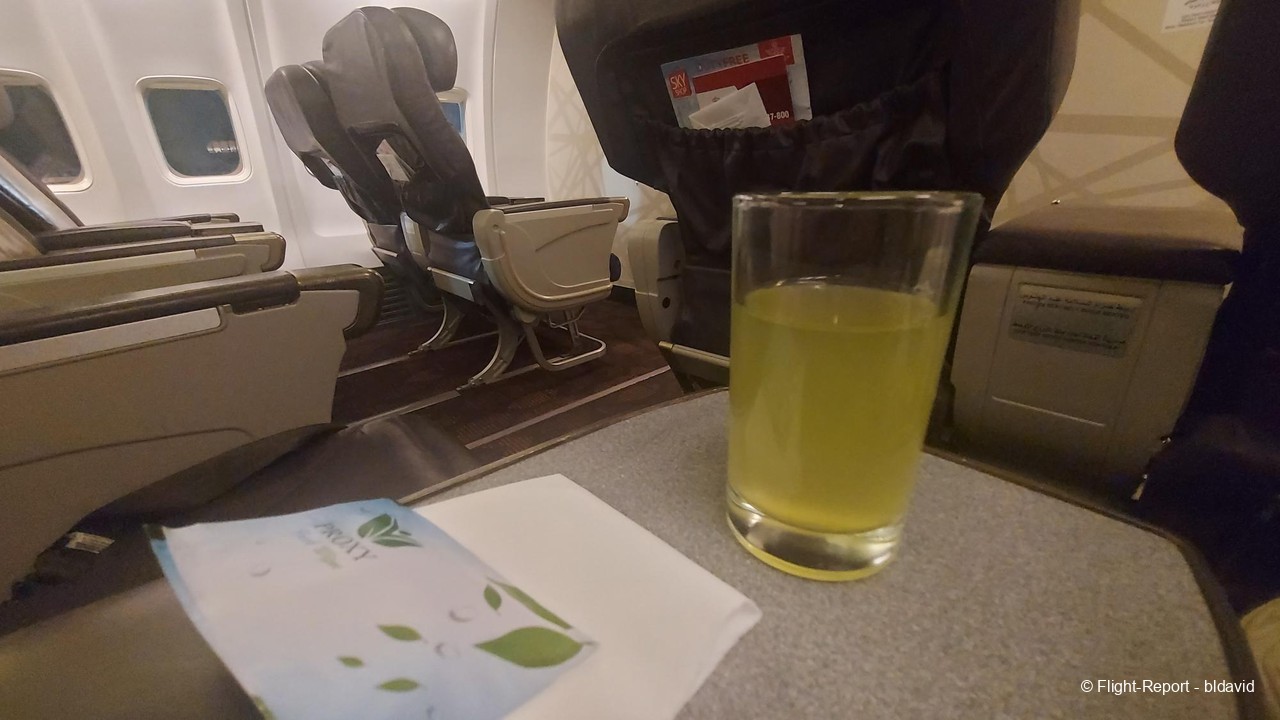 The cabin crew was efficient but not particularly attentive or friendly. They looked like they had done this service a thousand times which  they probably had.

An expected flight time of three hours and five minutes was announced.

The view after take-off: 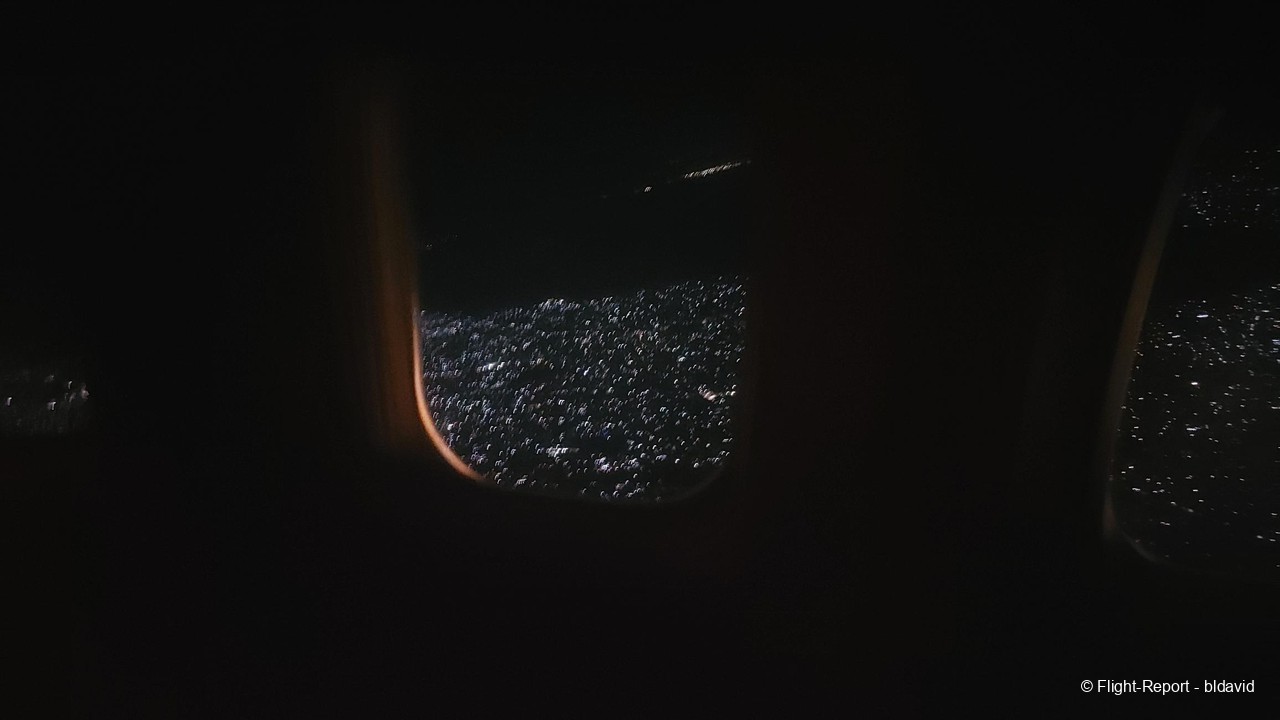 Breakfast was served a short time after take-off. There was no printed menu and no choice.

Breakfast was pretty standard: omelette with asparagus, tomato and a small piece of potato; three pieces of pastry, fruit salad, yogurt, butter and honey. It tasted quite good. 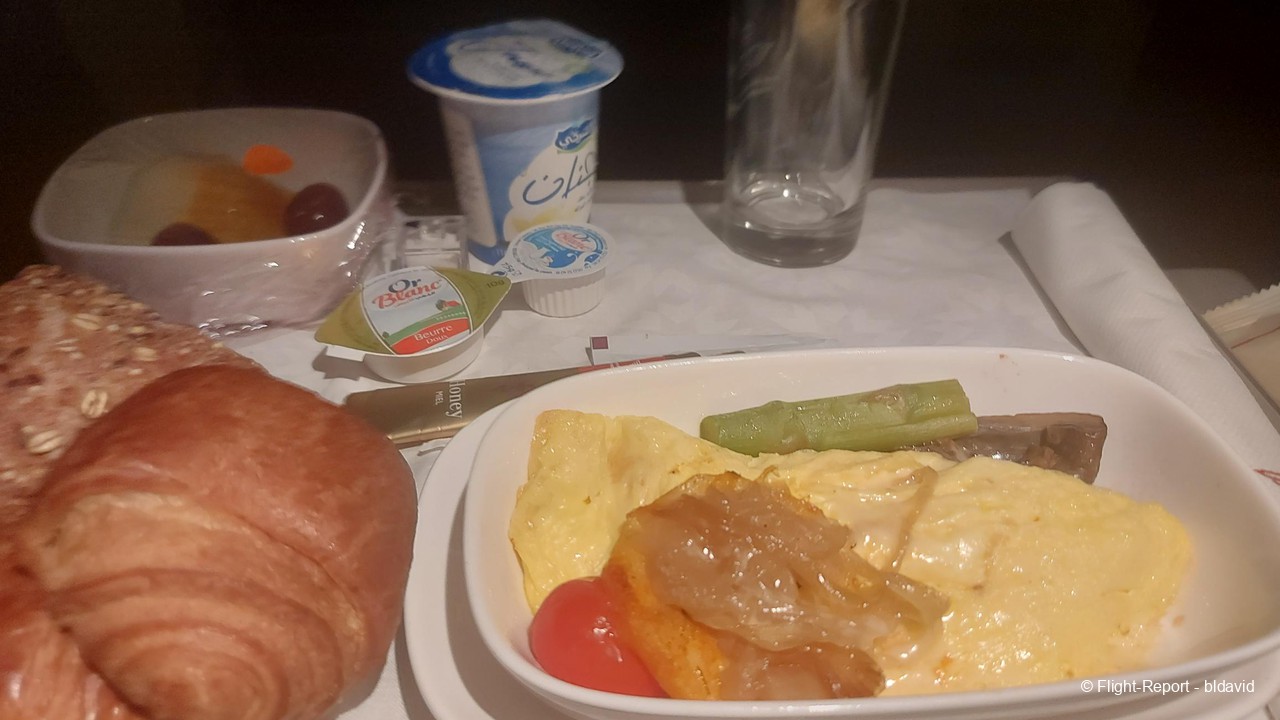 I had some mint tea and orange juice. 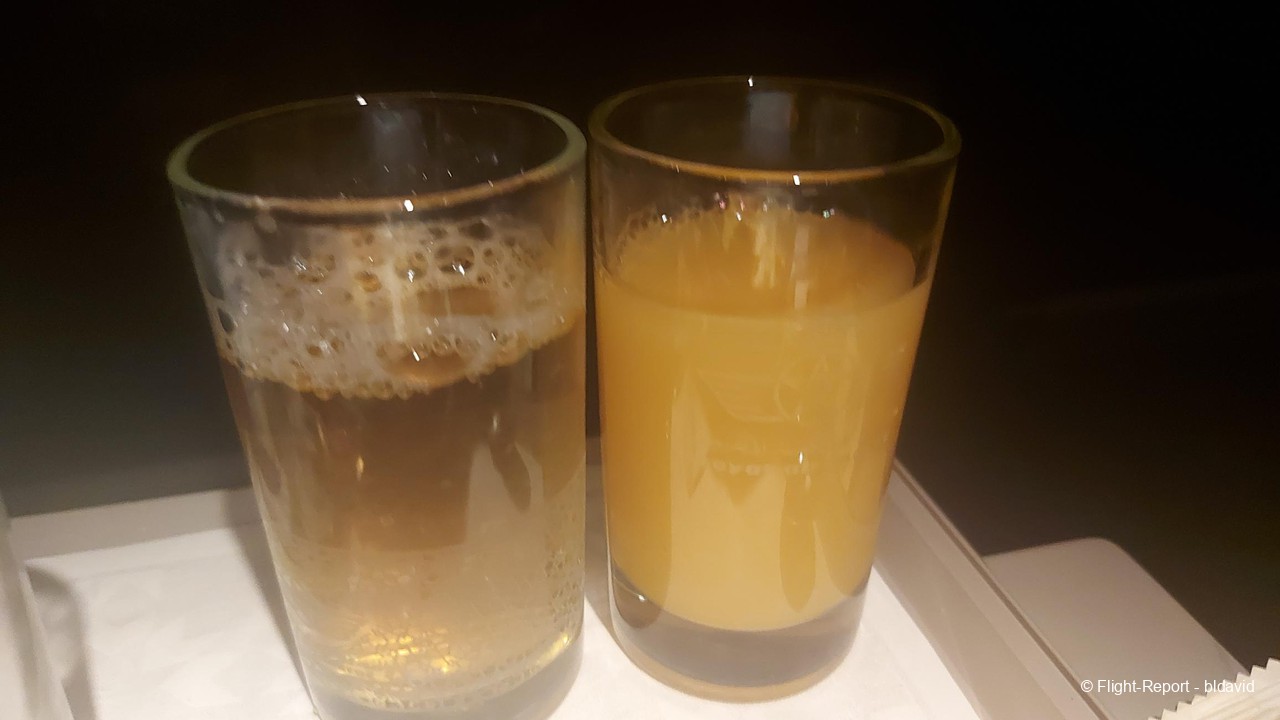 It was about 03.45 by the time I finished breakfast. I had had an exhausting day so I went to sleep. The seat could not be transformed into a bed so I was just sleeping in the regular sitting position.

I slept uninterrupted until one minute before landing. I always have my seatbelts on when I sleep on a plane.

I had a great experience at Banjul Airport: all staff were very friendly and there was no waiting time at check-in, passport control or security. The lounge was very comfortable. I was the only passenger onboard in business class. The cabin looked quite old but the seats were quite comfortable. Breakfast was standard but tasty. The cabin crew was not excessively friendly but they were professional and efficient. Overall a very good experience even though if it was a short red-eye flight.