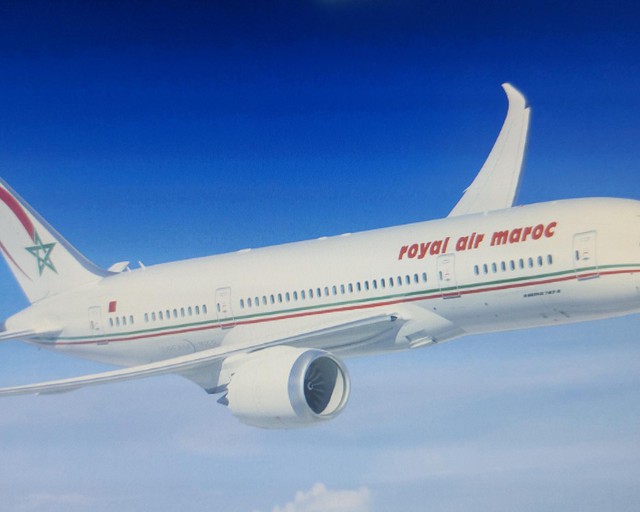 #52 out of 80 Airlines A minimum of 10 flight-reports within the past two years is required to appear in the rankings. 127 reviews

I was supposed to fly Air Sénégal from Banjul to Paris. The schedule of the Banjul to Dakar flight was changed and I would not have been able to reach my connecting flight to Europe so my reservation was cancelled only a few days before departure. I booked Royal Air Maroc instead. The price – just a few days before departure - was fortunately the same as it would have been if booked many months ahead of travel, although it was still more expensive than my original booking on Air Sénégal. My other choices would have been TAP for the same price with its eurobusiness configuration or Air France for double the price.

My flight from Banjul arrived on time and I was the first to disembark. Many flights from Africa arrived at the same time with most passengers connecting to other flights. 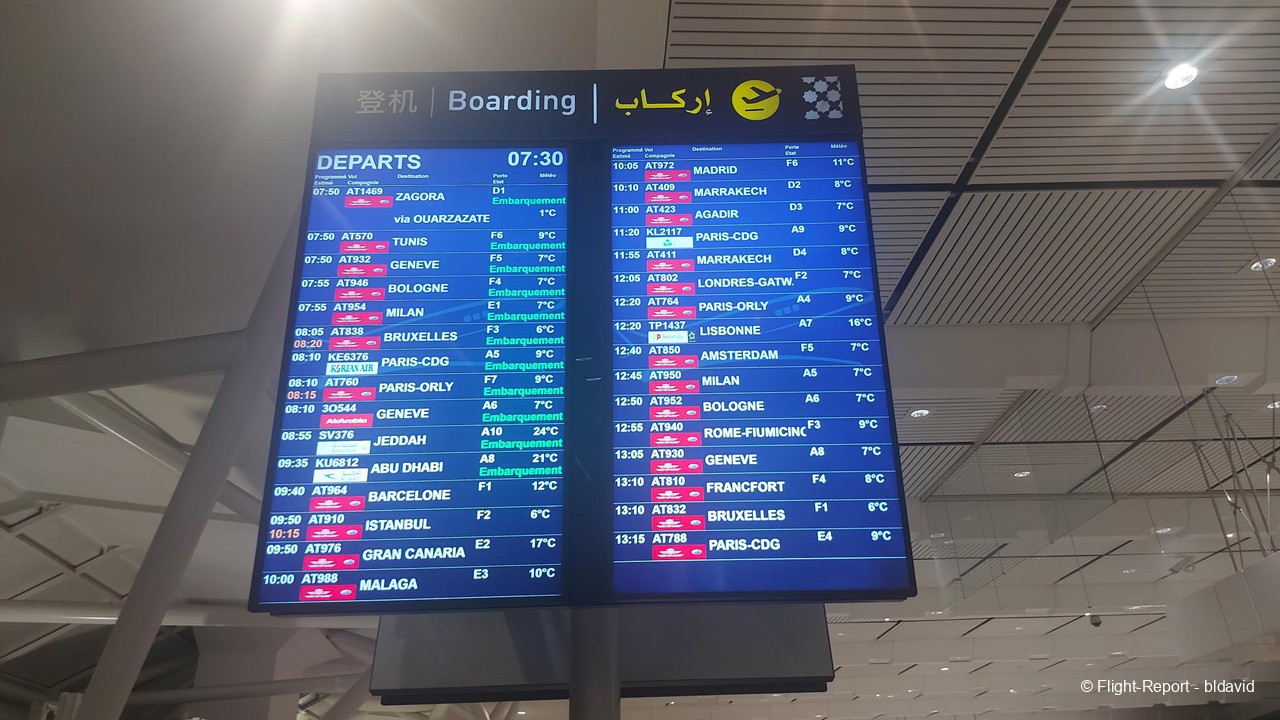 We all had to go through security control which was quite slow. By the time I got to the gate boarding was almost completed. There was of course no time to go to the lounge. 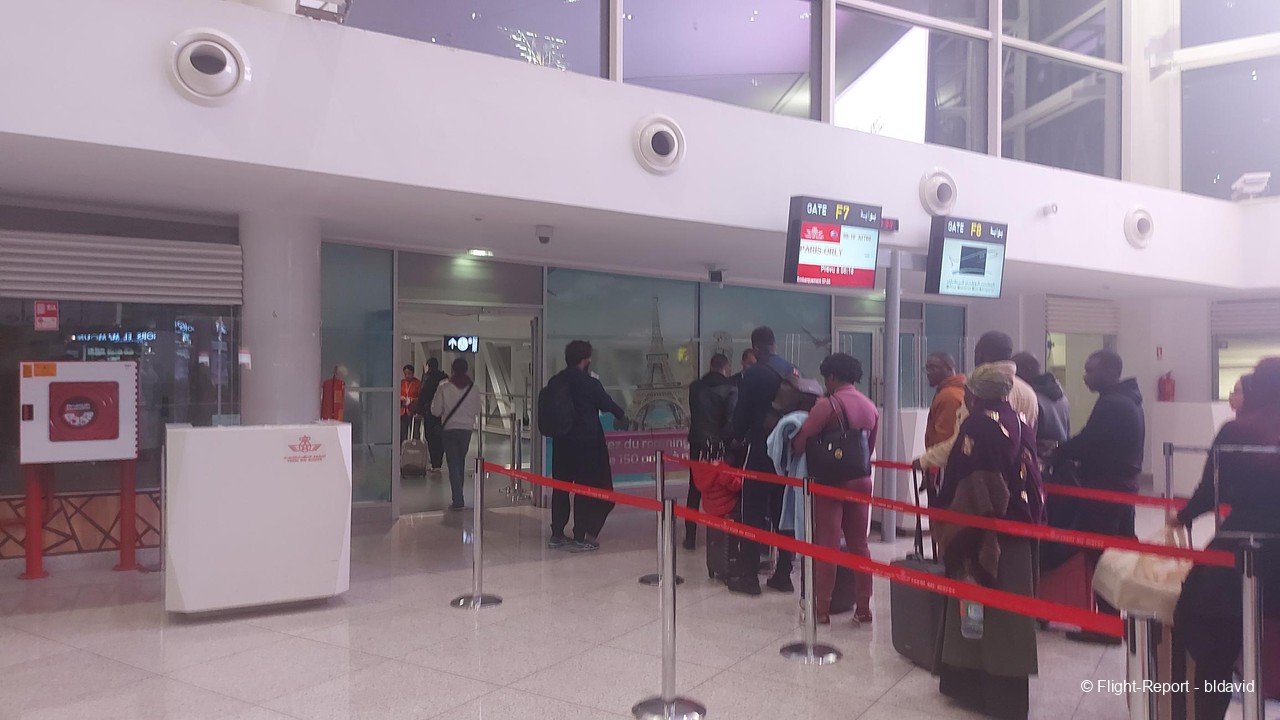 I took two flights of similar length with the same airline on the same morning but what a difference! An old B737 vs a much newer B787. An old reclining seat vs a seat that can be transformed into a flat bed. Efficient but not really friendly cabin crew vs smiling cabin crew. No individual screens vs a large screen at every seat. The flight to Paris is obviously more important for Royal Air Maroc then the one to Banjul.

Our plane from Casablanca to Paris as seen from the bridge: 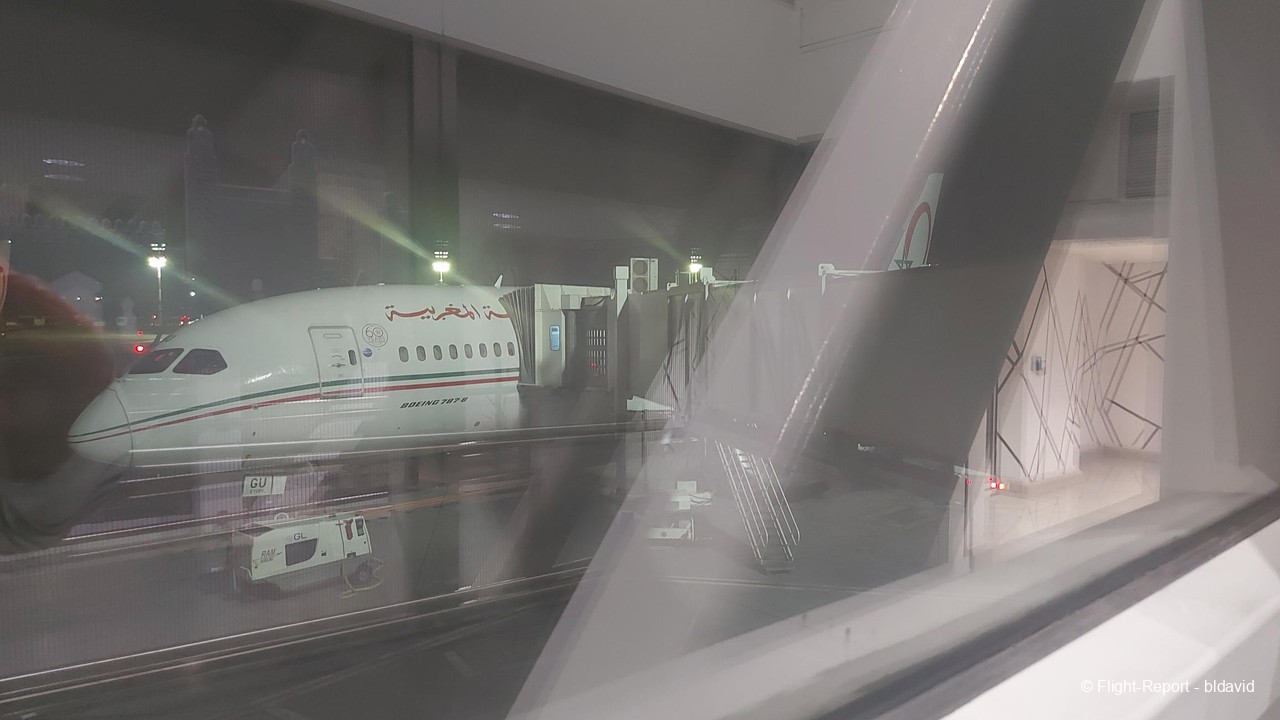 The business class cabin has three rows in a 2+2+2 configuration. Seats 2HK: 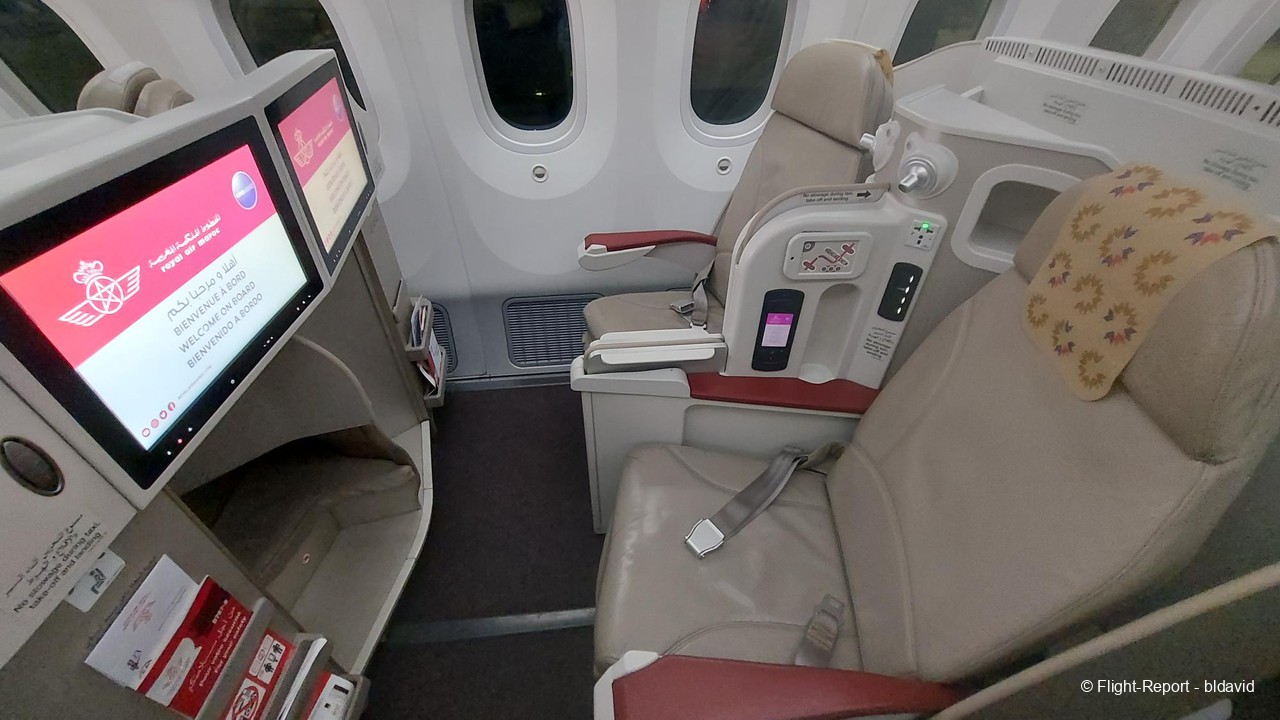 Some of the seat functions: 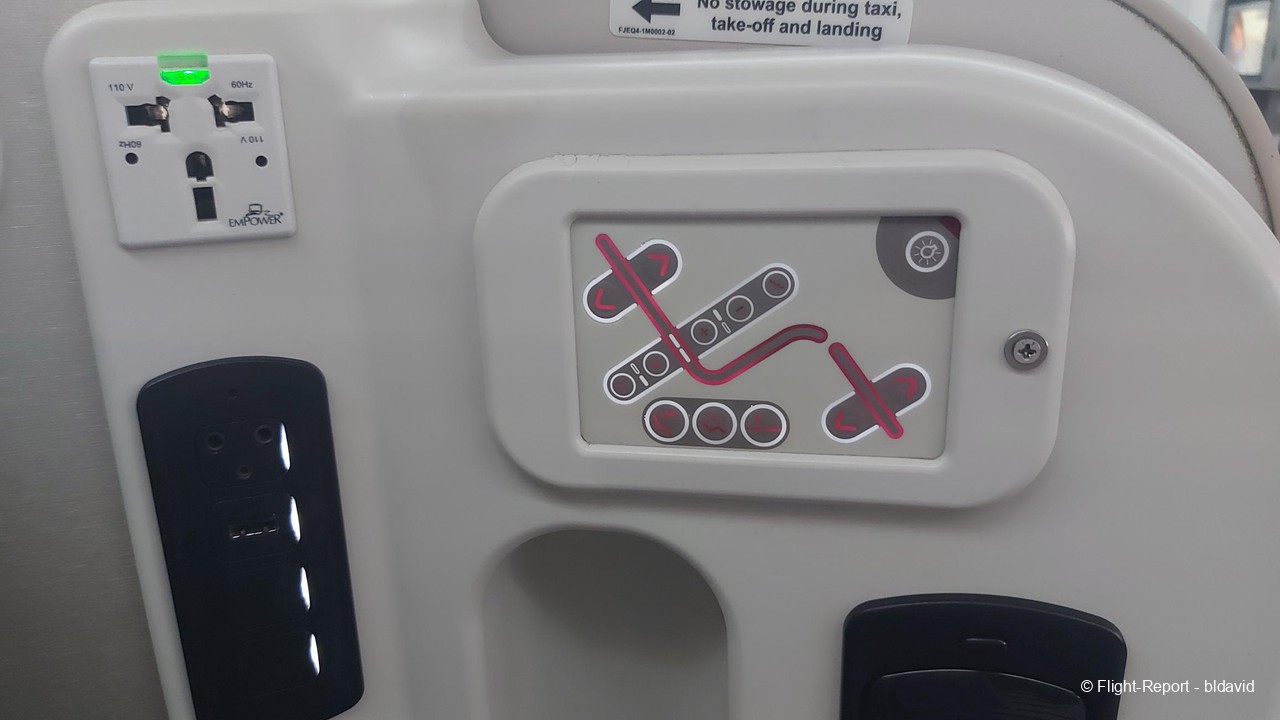 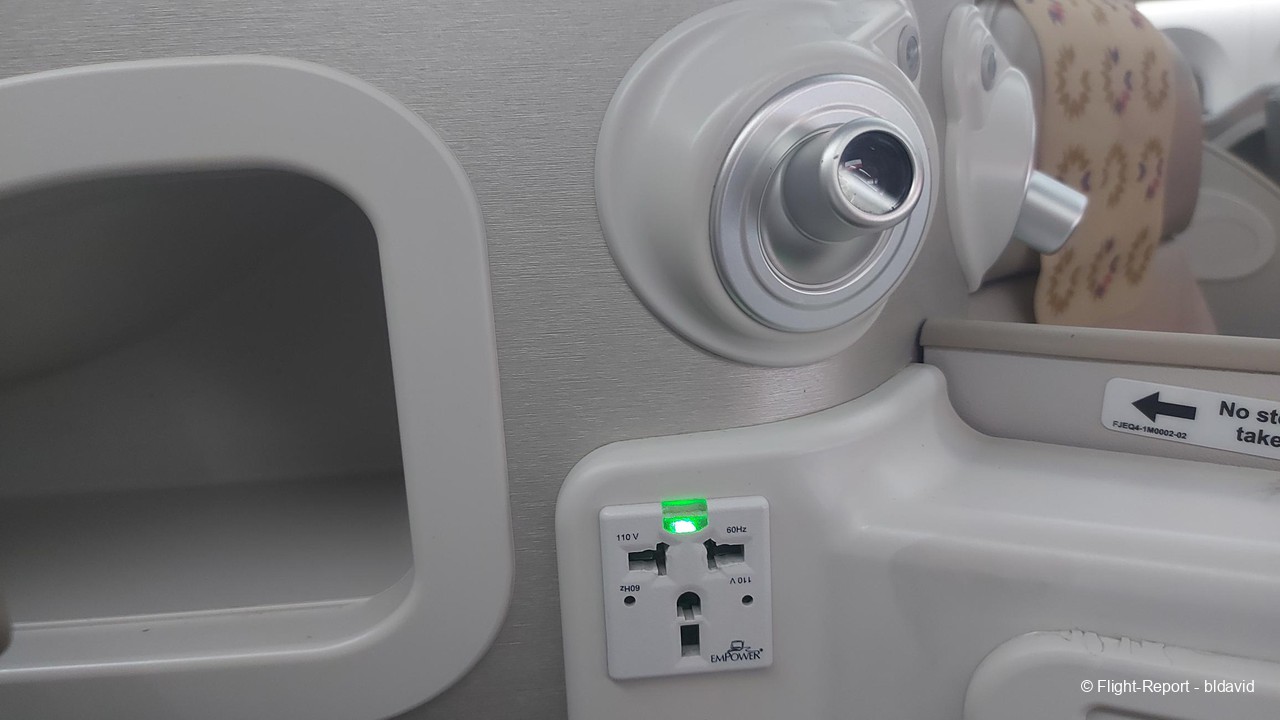 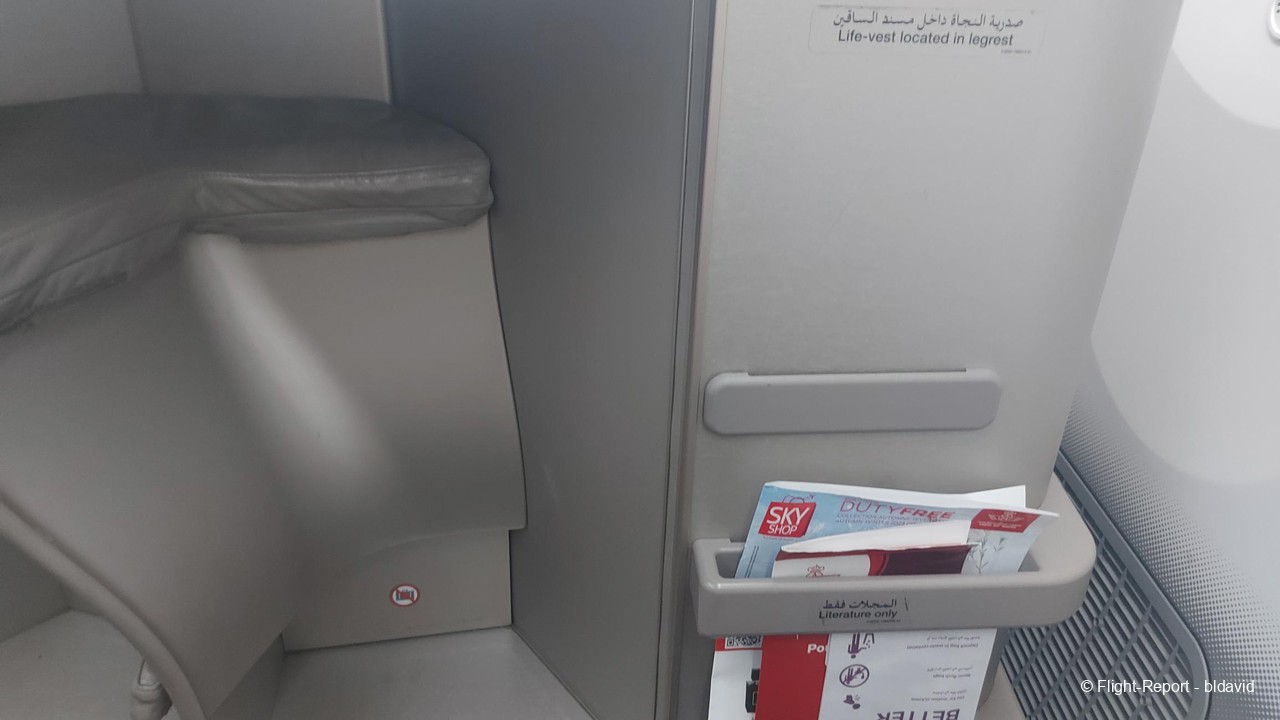 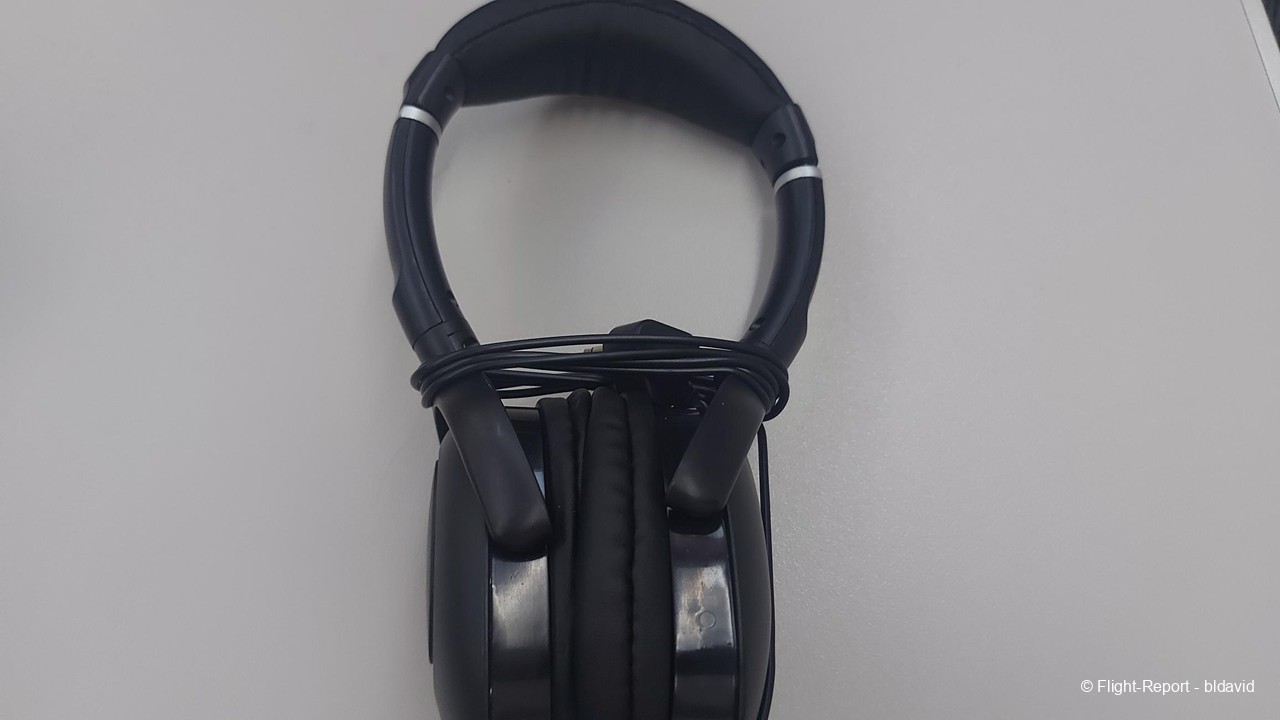 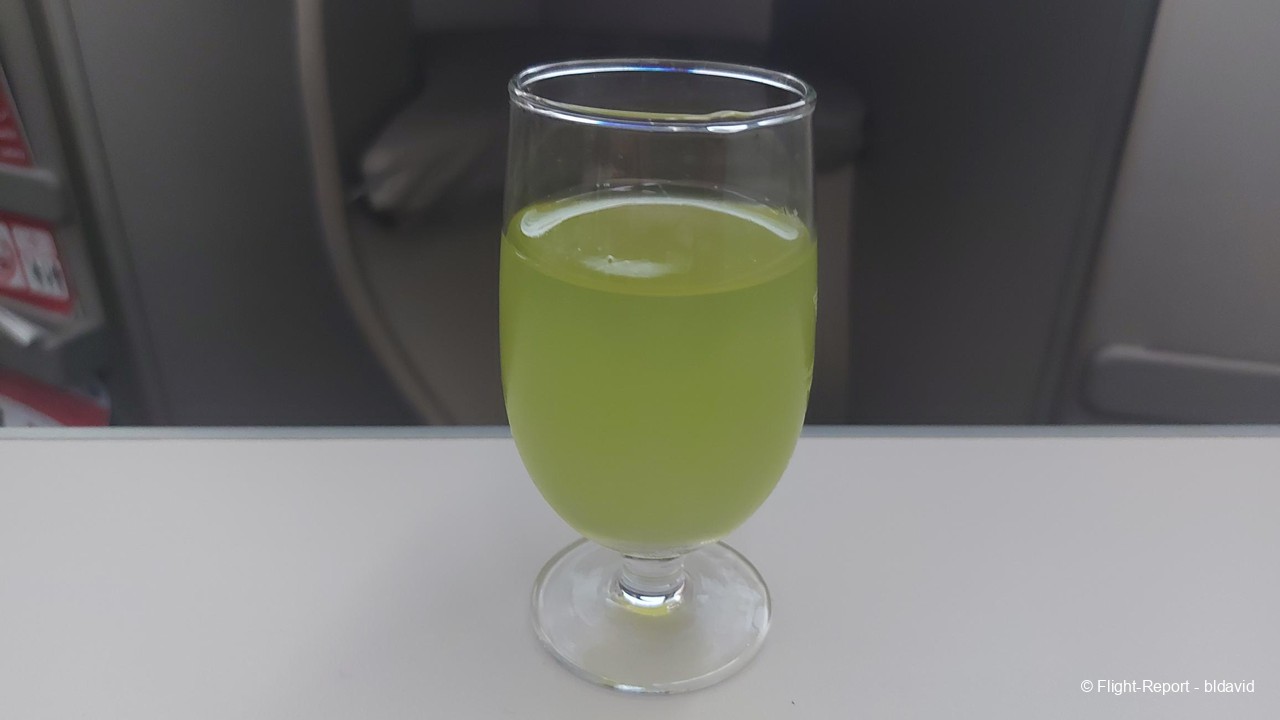 Each seat has a large screen: 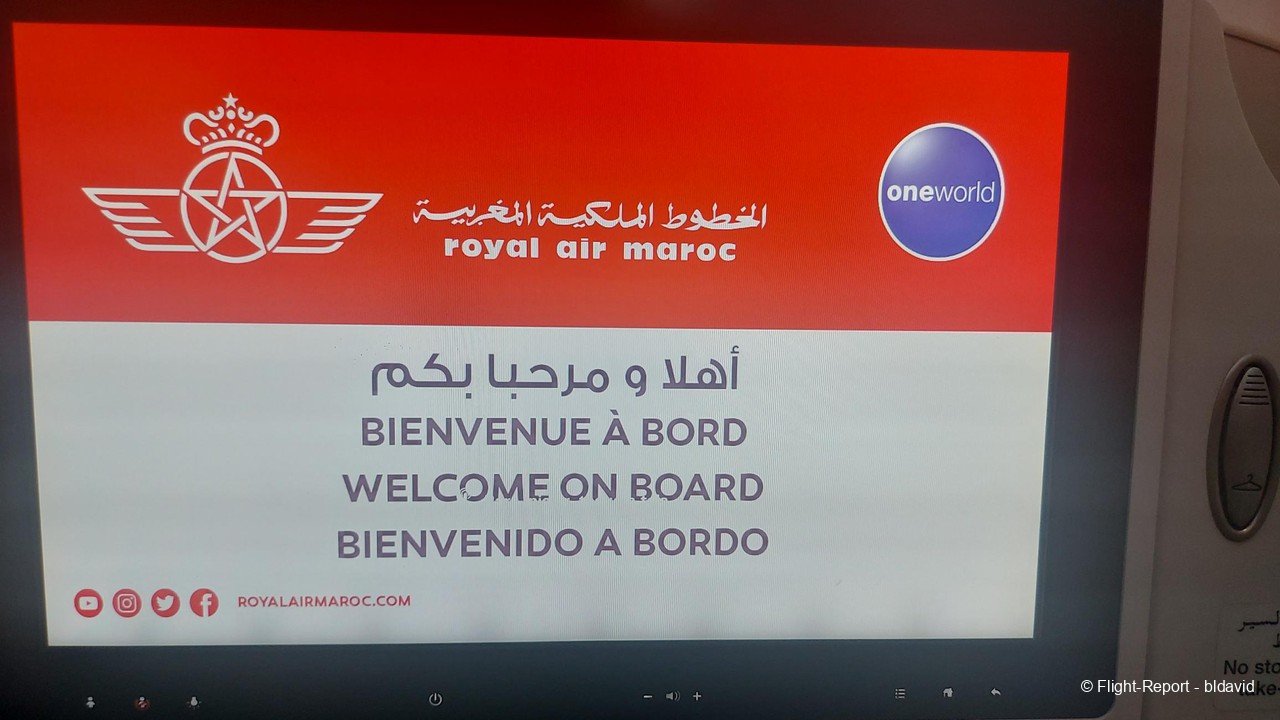 The remote control for the screen: The flight map on the screen: 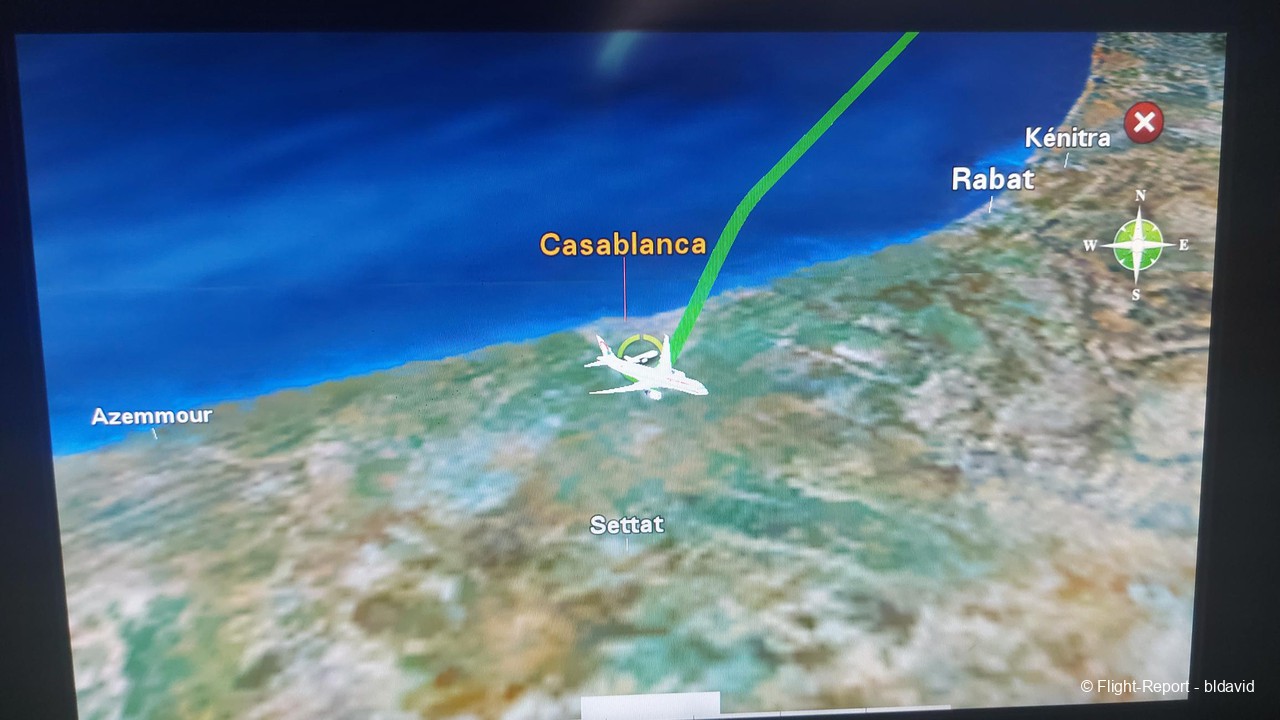 An expected flight time of only two hours and 30 minutes was announced. 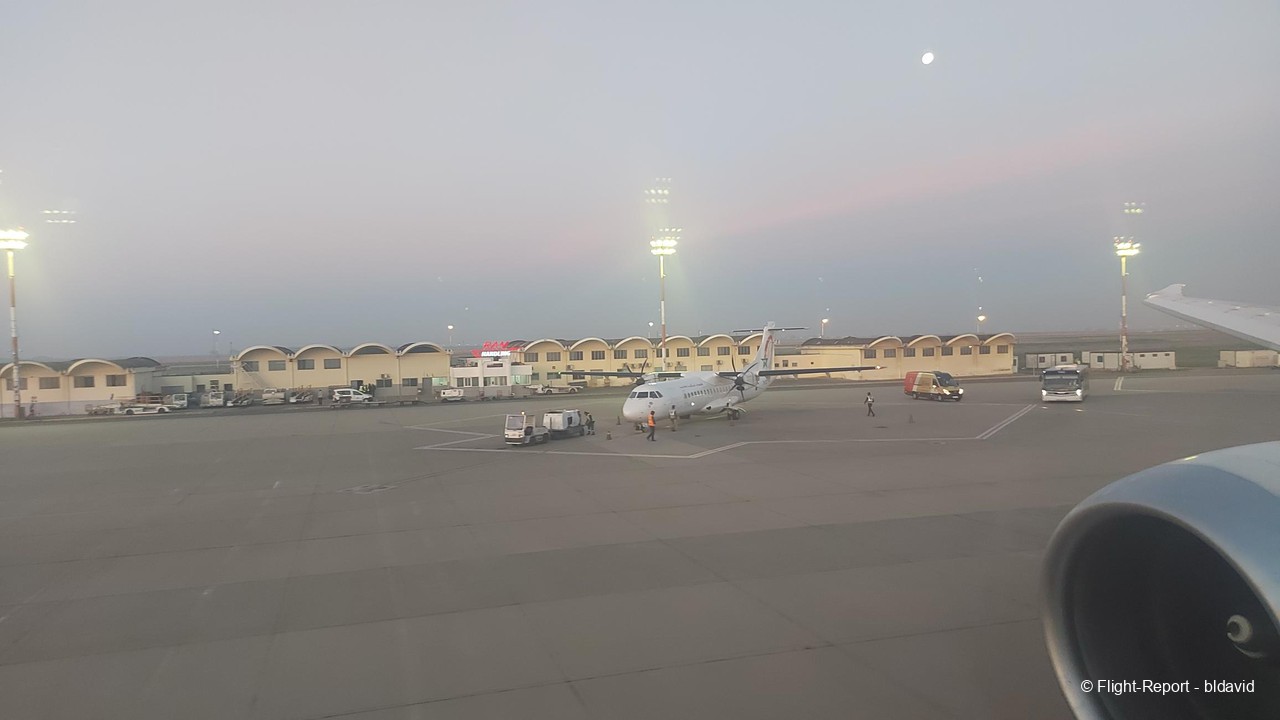 Take-off was almost completely silent with the Dreamliner being so quiet especially with the noise-cancelling headphones. 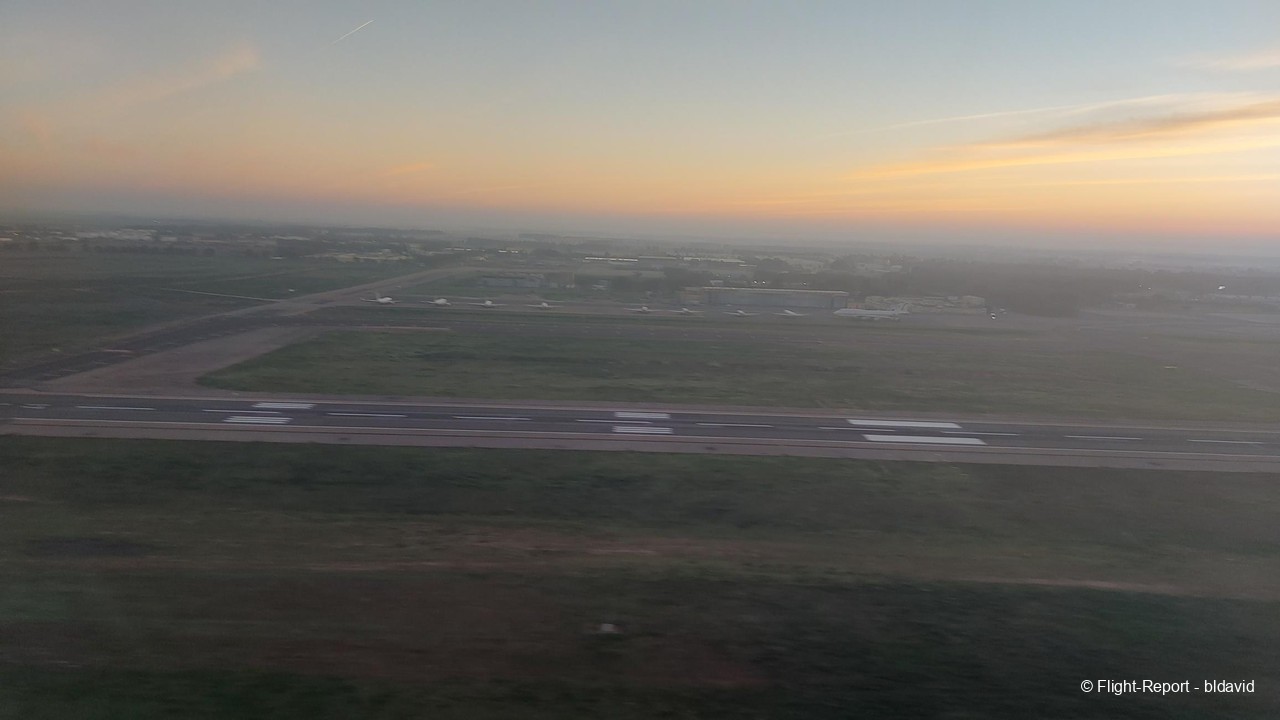 The Sun always shines above the clouds. 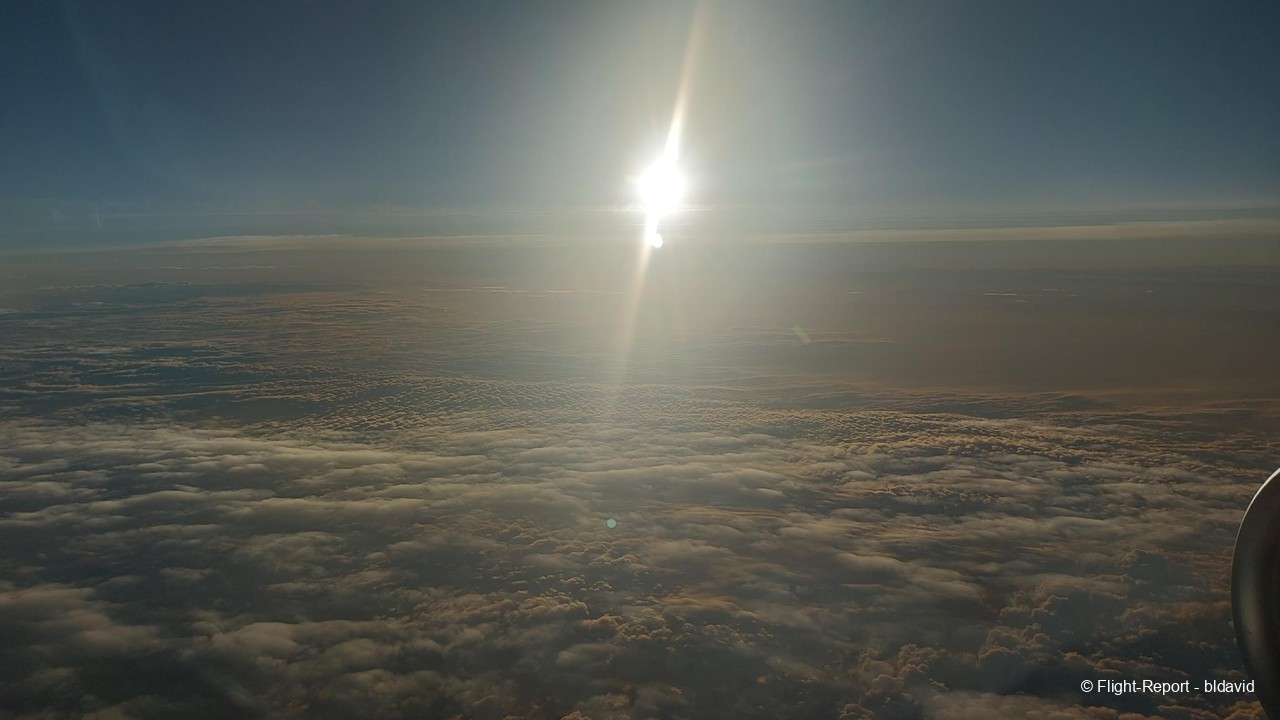 Breakfast was almost exactly the same as on my previous flight. I wish the meal was more Moroccan. I assume there are Moroccan meals for lunch or dinner but why not for breakfast? 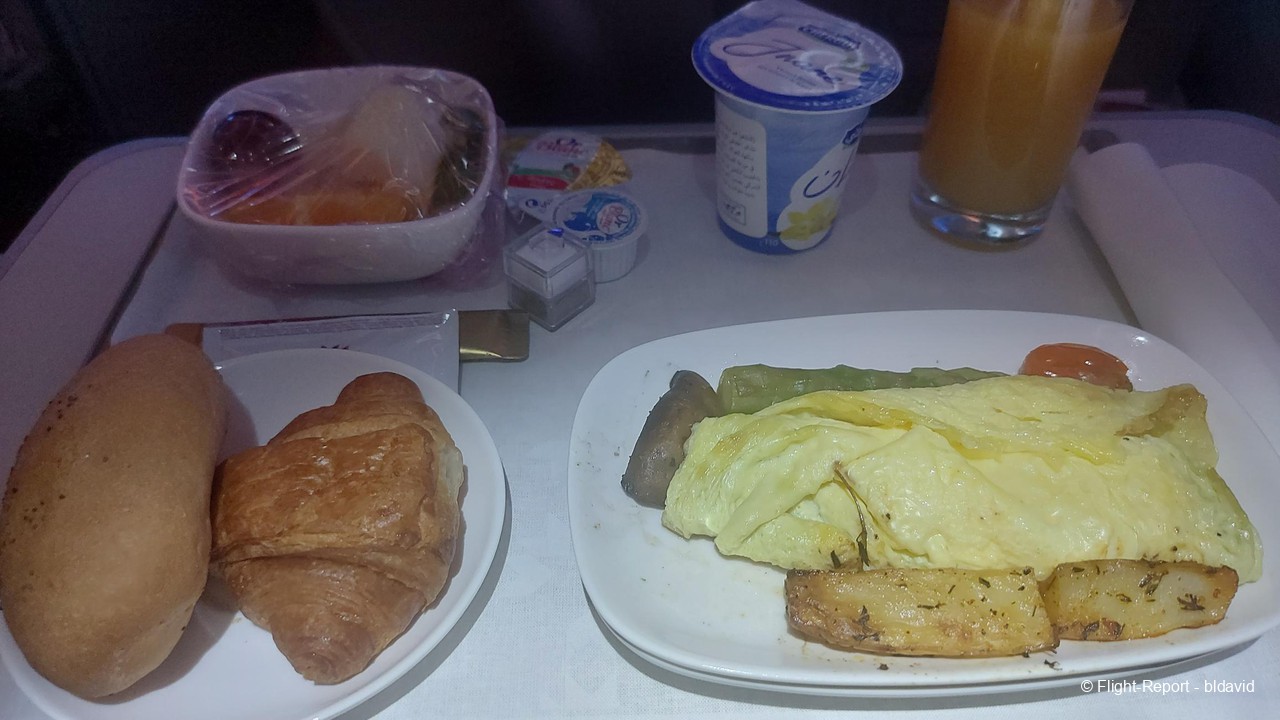 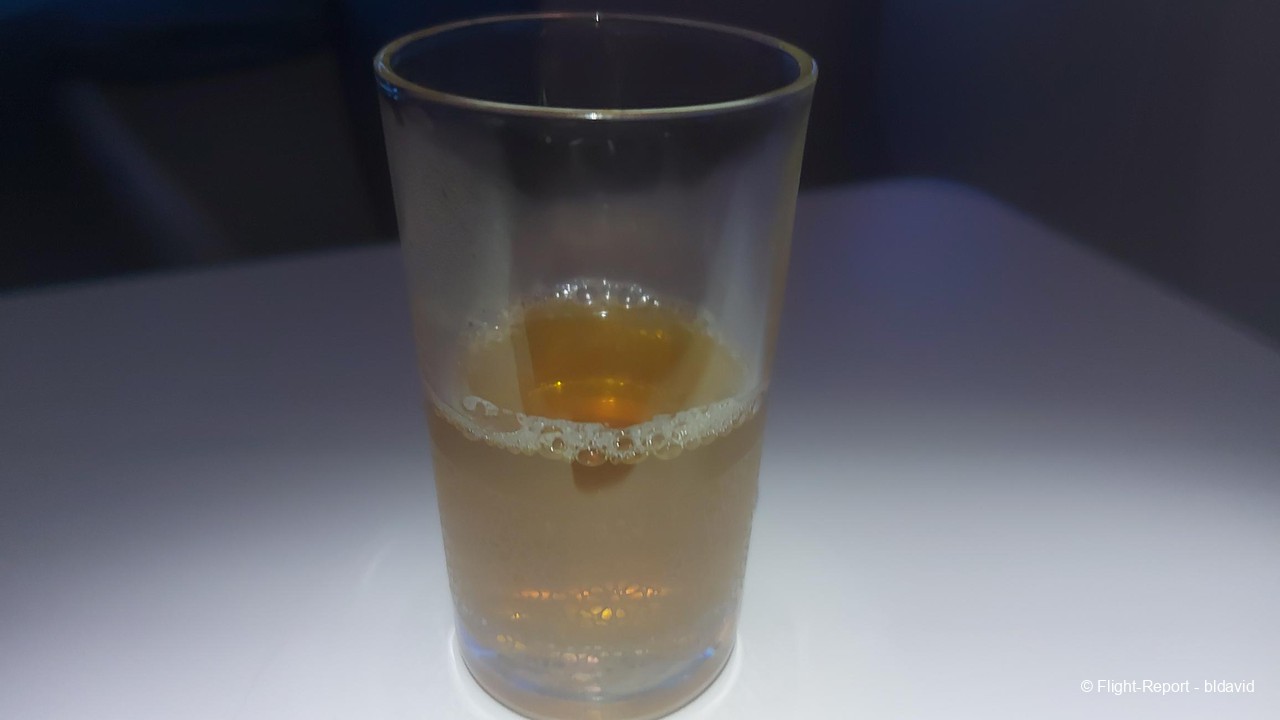 The in-flight entertainment offers 93 movies, 102 TV shows, 62 CDs and 9 games. More than enough for a flight of about three hours. 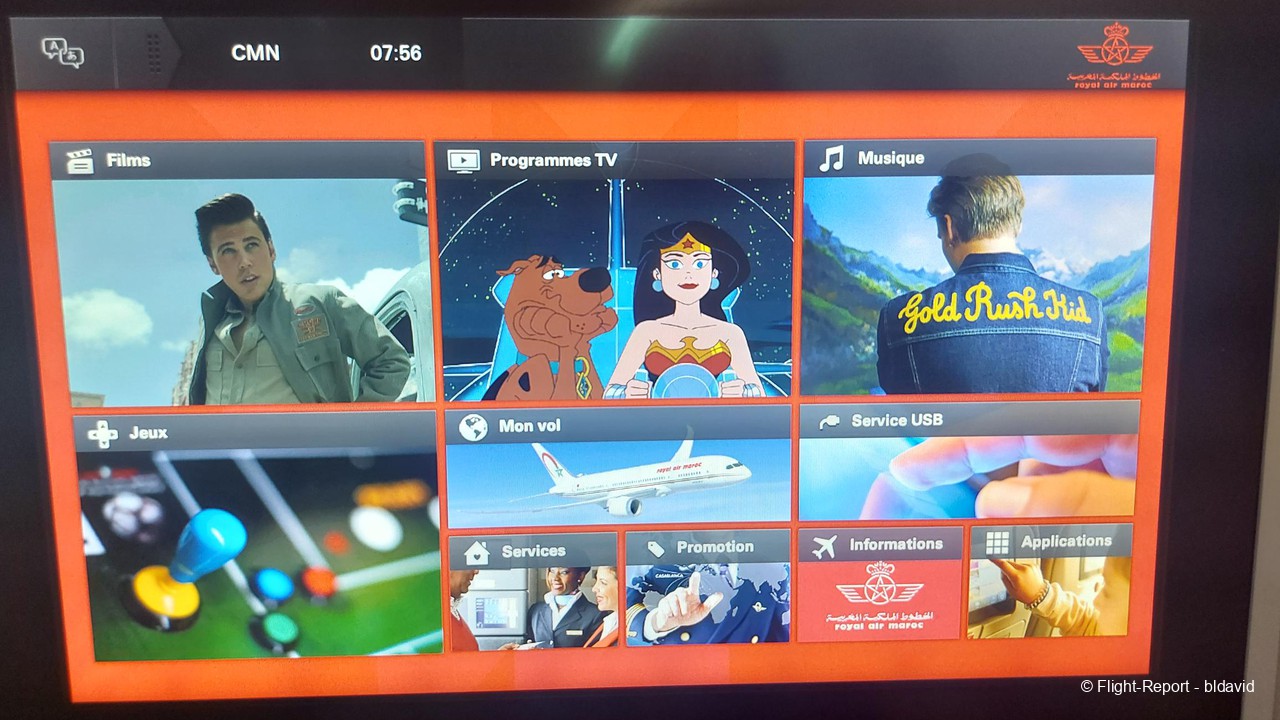 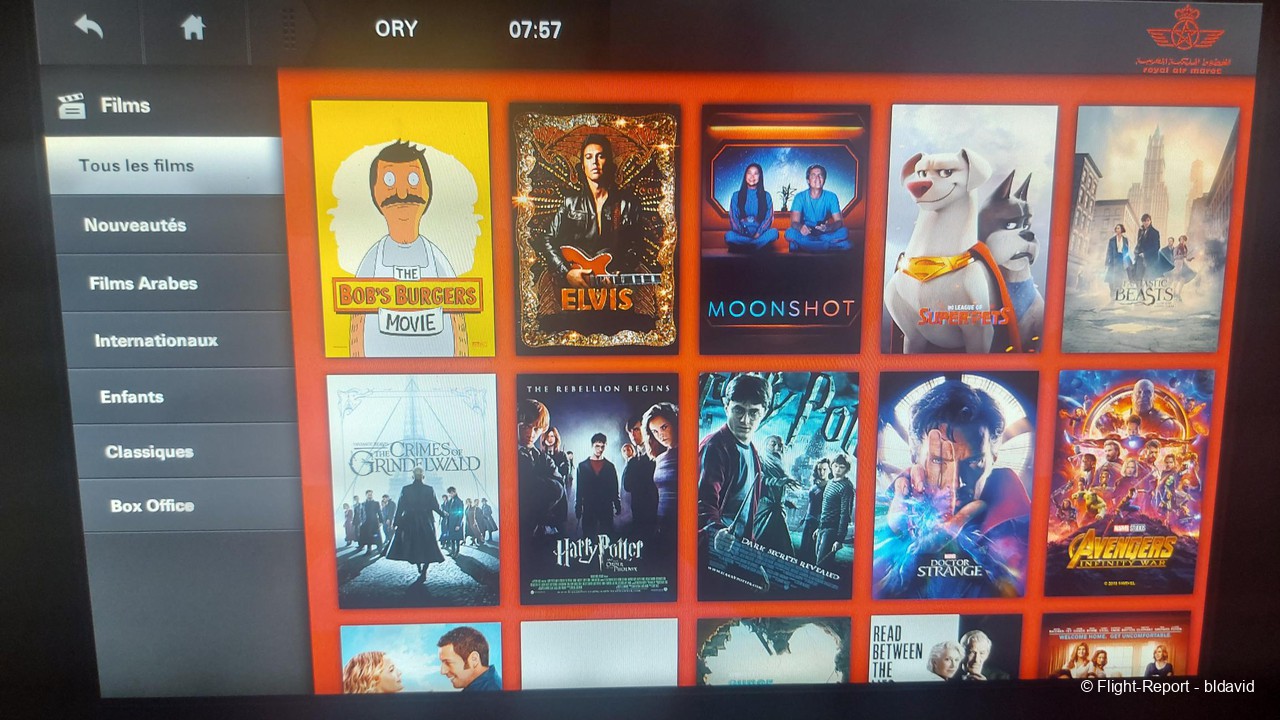 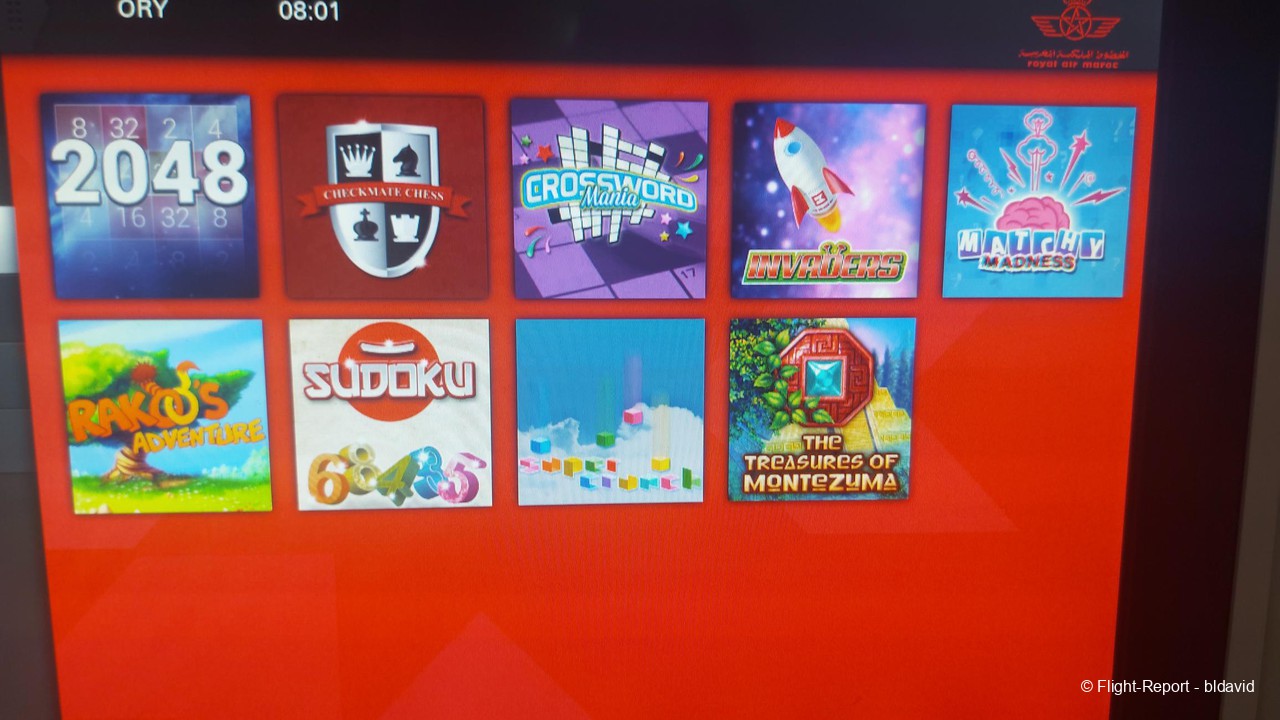 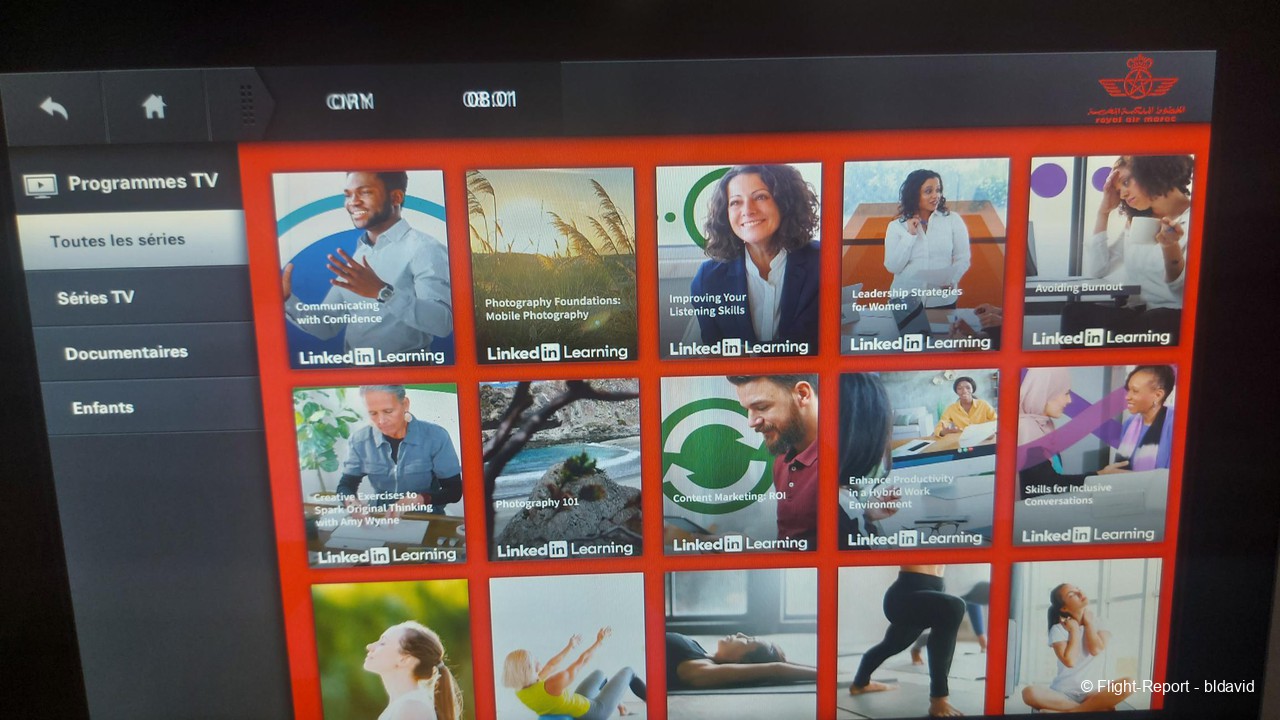 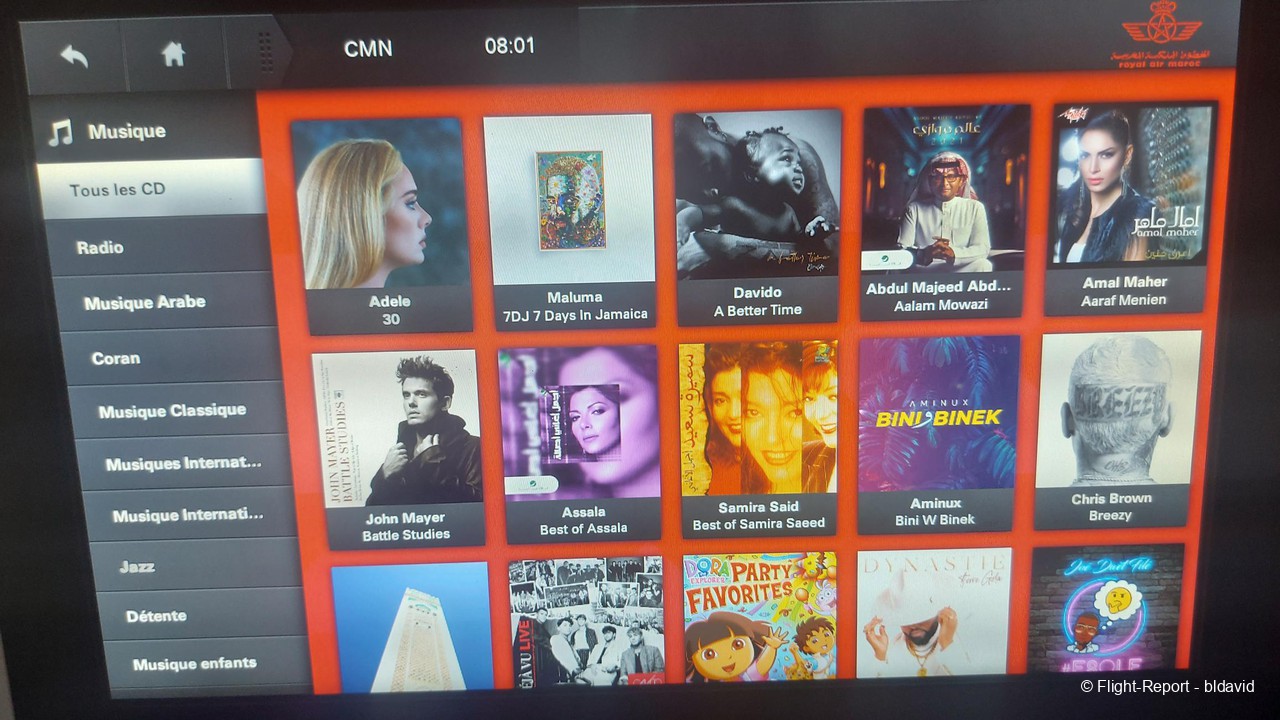 Watching a movie and resting comfortably. 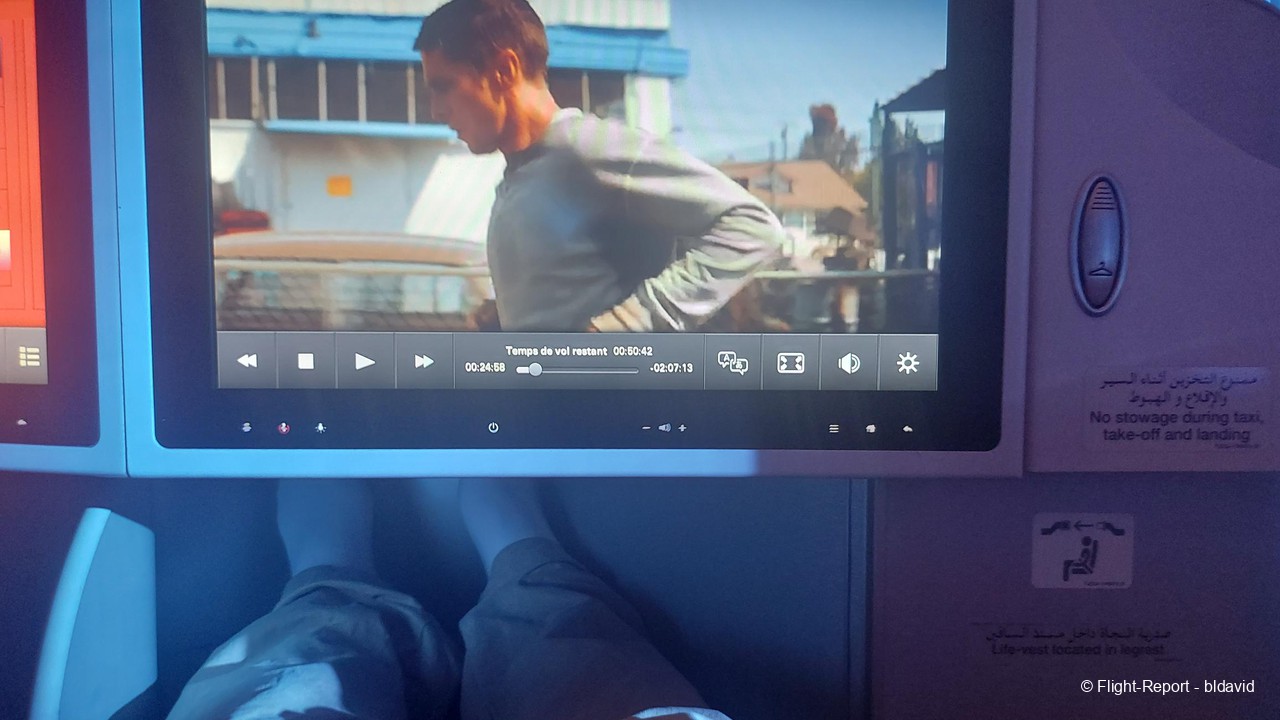 The cabin during the flight. 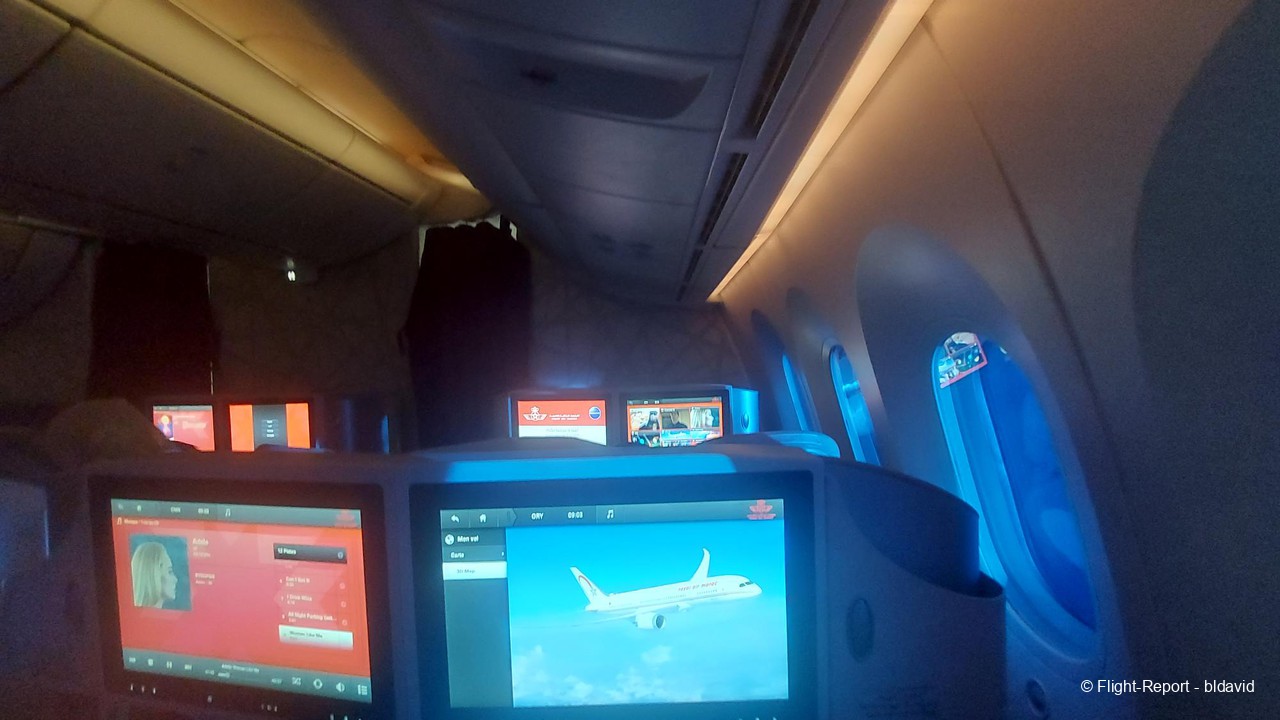 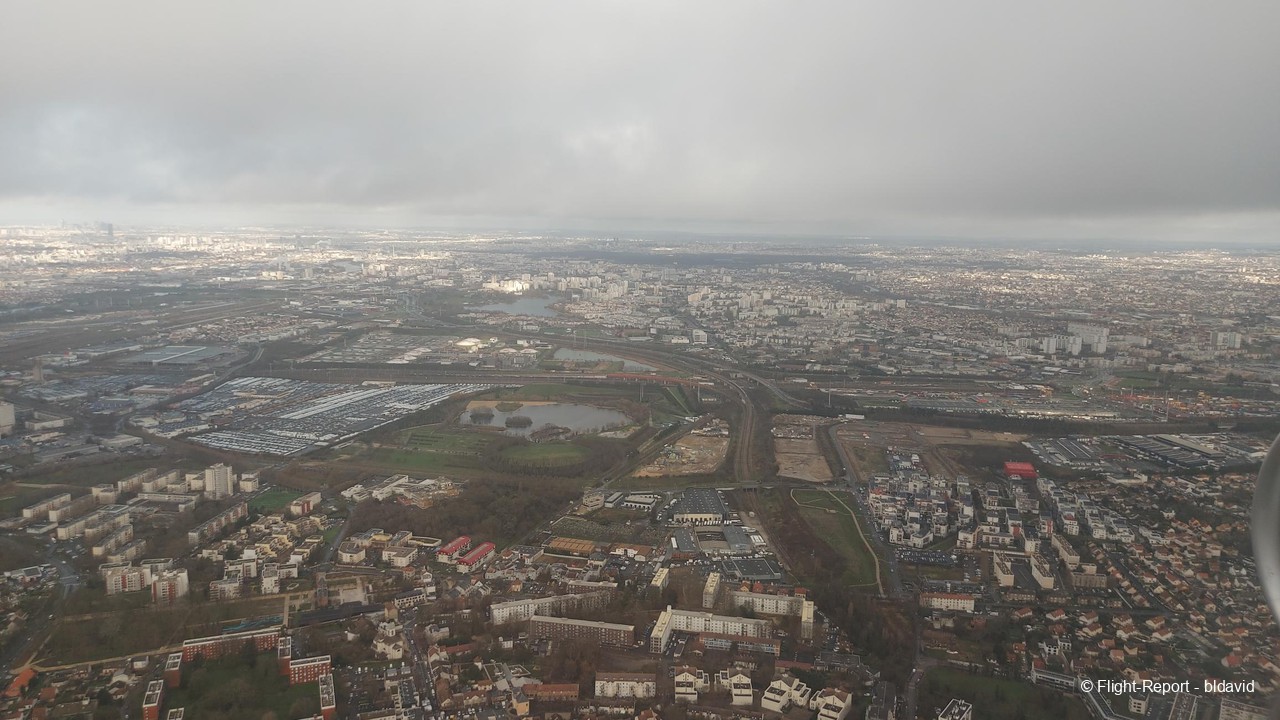 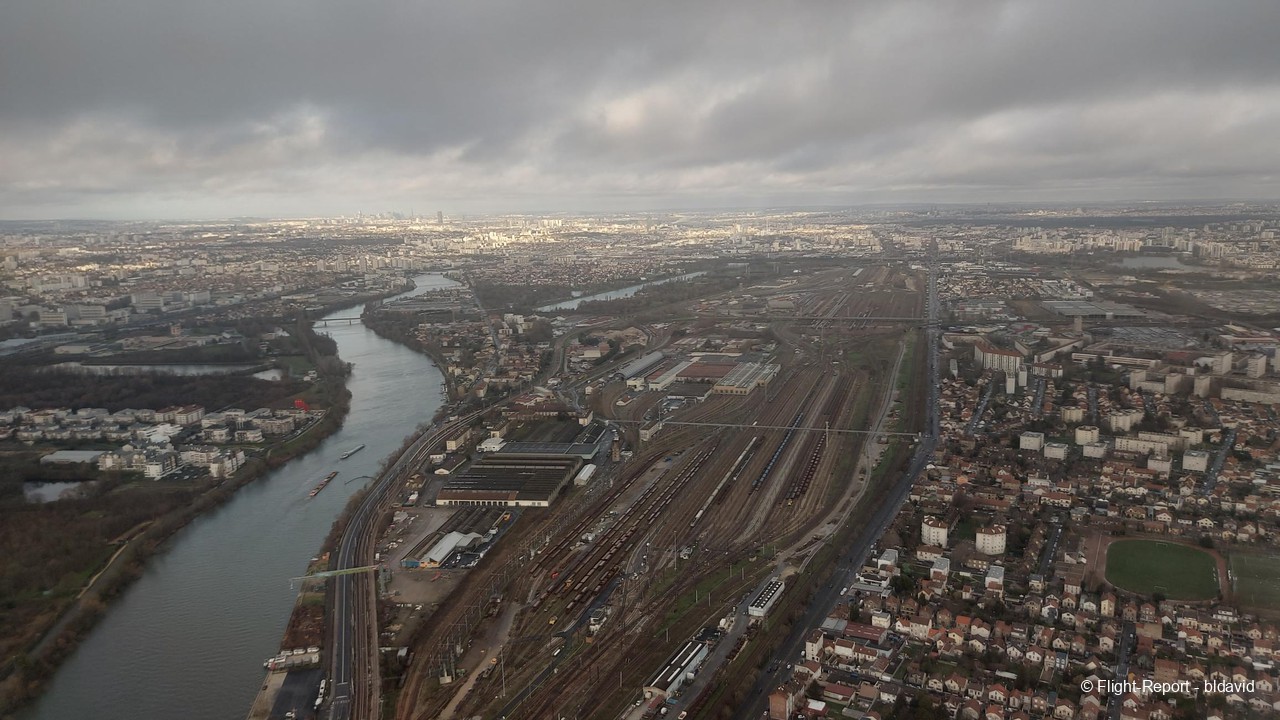 Being on a Dreamliner on a three-hour flight is one of the most comfortable ways to travel.

The contributors of Flight-Report published 15 reviews of 3 airlines on the route Casablanca (CMN) → Paris (ORY).

The airline with the best average rating is Royal Air Maroc with 7.1/10.

The average flight time is 2 hours and 51 minutes.