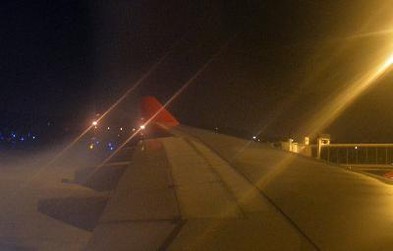 #70 out of 74 Airlines A minimum of 10 flight-reports within the past two years is required to appear in the rankings. 110 reviews

By Thomas Pilnik 6808
Published on 27th March 2014
Hey folks. I'm reading flight-reports for quite sometime so I decide to write about my last trip to Cancun via Bogota
As it was night time, i was not able to take much pictures
Sorry for language mistakes as english is not my 1st language

Crappy photo of our web check-in. As you can see, we are flying Economy today on 18A 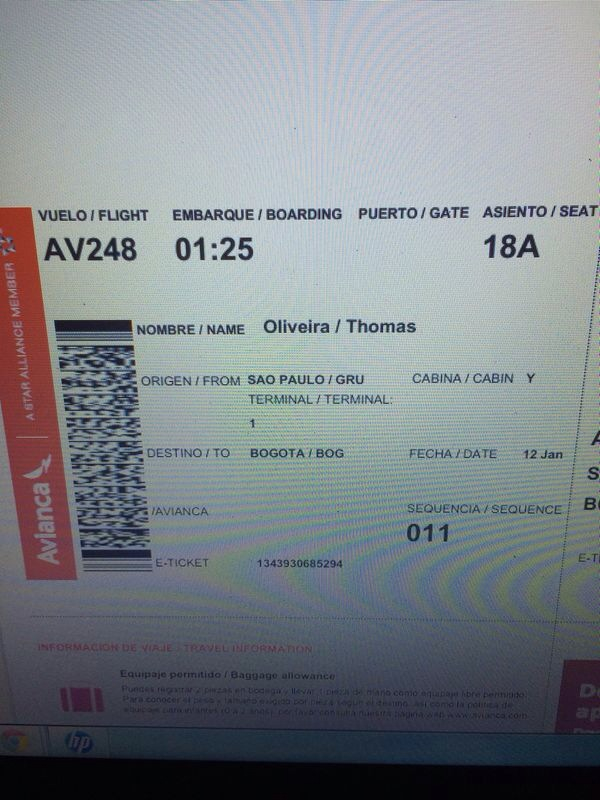 We arrive at Guarulhos Airport about 22:00 local time and we had to wait over one hour and a half to dispatch our bags. Negative point for Avianca, as 3 check-in workers are not enough for the amount of passengers on that flight. Also we lost the chance of having a good dinner on the airport's best restaurant (Viena) as it closed before we left the check-in. So we eat pizza on one of the bad-quality restaurants of the airport. By mid-night we headed to police and it was pretty fast. I believe because of the low quantity of flights on that early morning time. By 20:00 you can stay over one hour there (as there are a big number of US flights leaving from 21:00). Ladies decided to spend the before boarding time on duty free. 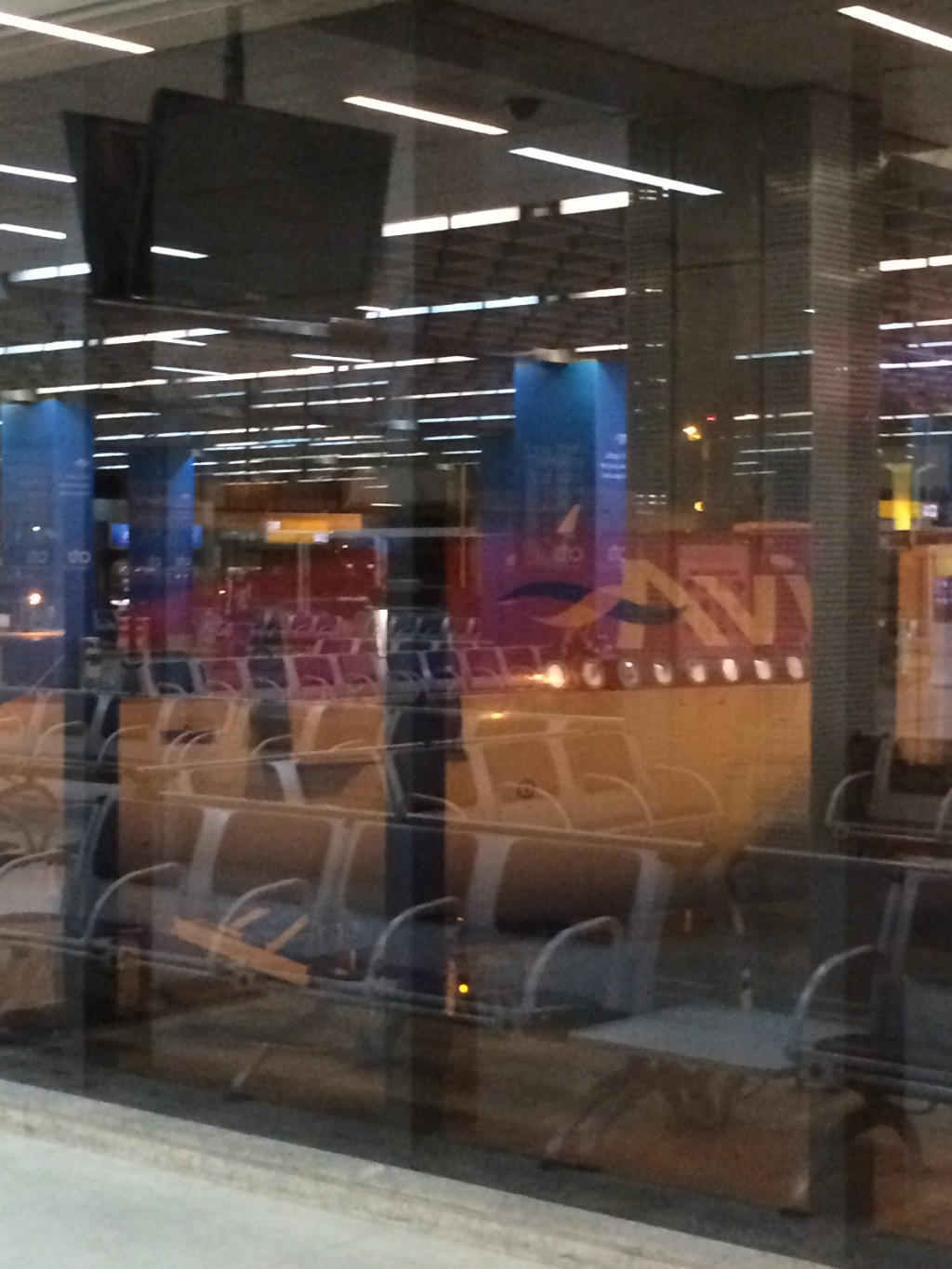 My Vans backpack is labeled as hand-bag 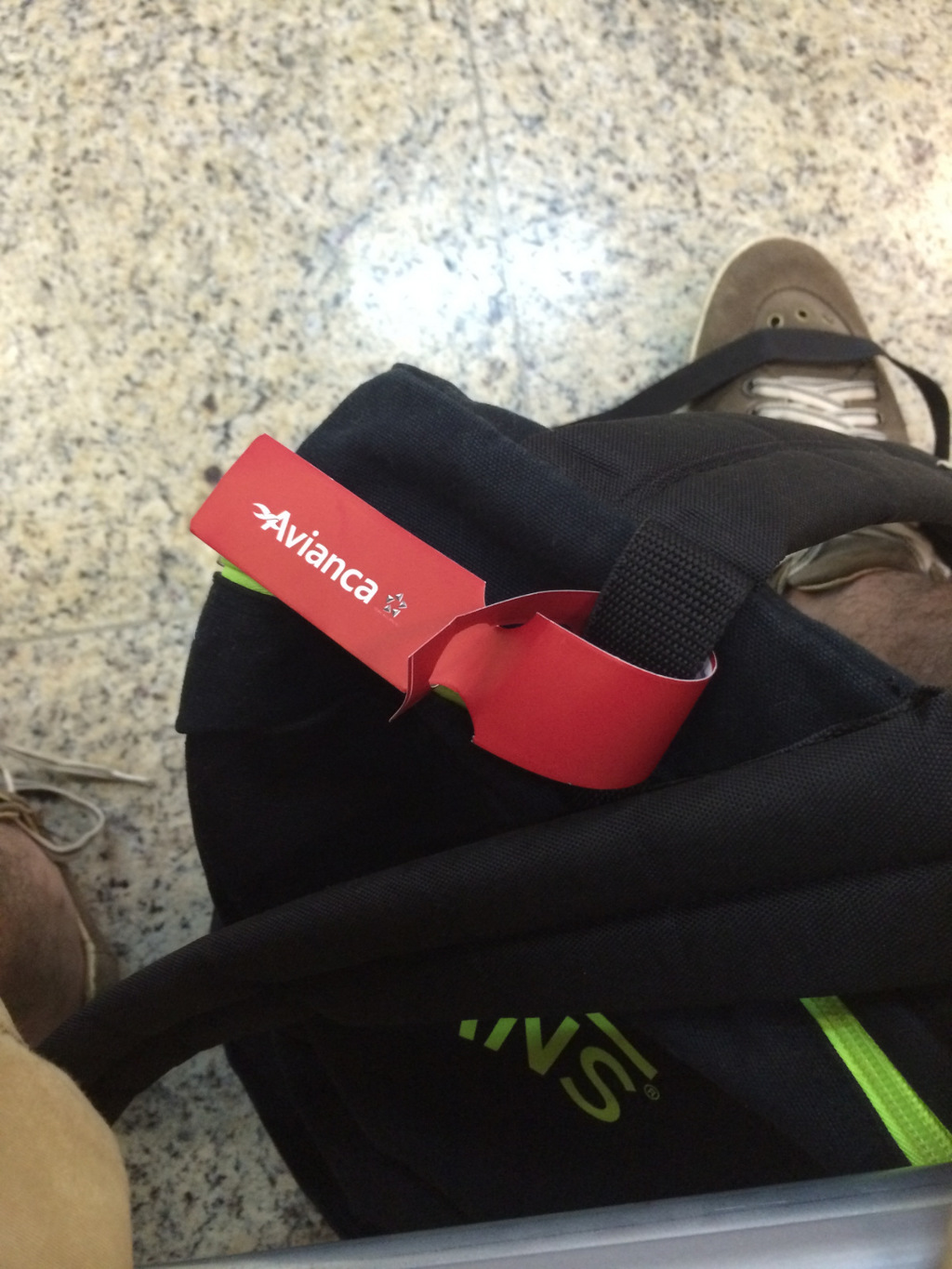 The boarding starts about 15 minutes late but it was a minor problem as the aircraft door was closed on time. It's being pretty hard to make good registres :( 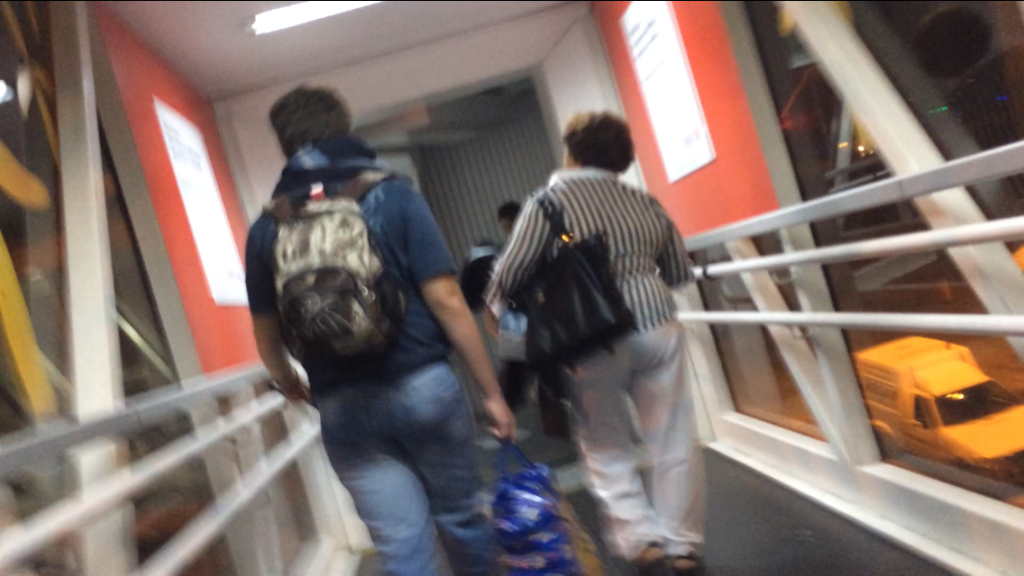 Gray seats. I personally like them when thinking about color only but a red seat like TAM's one for example feels much more alive and I do feel better on more colorful things. 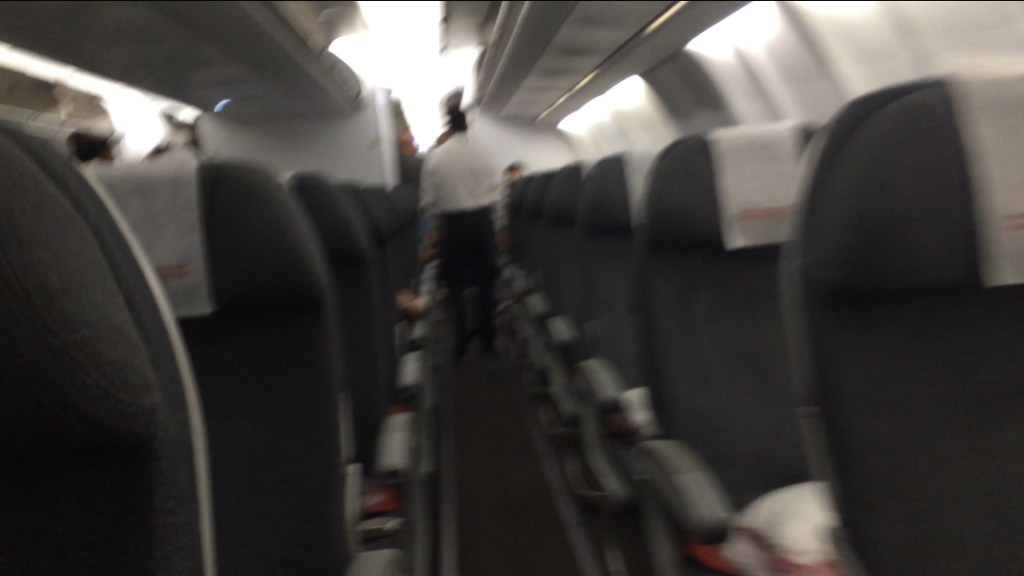 We are onboard and seated on 18A. Not a good seat in window perspective as it too far from the front window and its pretty hard to see the back window as the seat covers it. Only after reclining things may get better. Also on Avianca's A330 the lavatories are located between the front section and rear section of economy class, and not on the extreme rear of aircraft as on most airliners. Also, the seats had limited reclining compared to average and they were super uncomfortable and I don't know why. I experienced much better seats in other flights like for example American 777. Copyrights from SeatGuru. As I said above, lavatories are between sections. Not a good deal if you are seated somewhere like 18A.

Here, our AVOD. Certainly not outdated, but for someone like me who already experienced new generation eX1/eX3/eXLite PTV's from Panasonic will feel this eX2 system slow and with low resolution. Another thing is the air map: the new generation's live map is WAY much better than this one. Anyway, it's an up to date product and responds well. For some jacket it can be useful. But I'm pretty sure you won't like having your coat on that coat hanger. It occupies too much precious space when you are seating economy. USB port. Essencial to charge iPod's/iPhone etc. Also there is a function that I couldn't use that syncs your iPod with the PTV but I don't know for what does it serves and I had no interest to try, sincerely. Two pictures from the cabin where you can observe the main A330/A340 configuration in coach: 2-4-2. The flight is full. 100% in economy for sure. I can't tell about business class.
We pushed back on time and both RR came to life making a beautiful symphony. Flaps 2 set, we taxied via H and G to holding point 09R where we lined up and the trent 700 hundred engines spooled up with their traditional uuuuuuuuu sound which I simply love! Airborne 09R, we followed CGO1B departure with transition in SCB, where we intercepted UM782 airway and started our way to BOG.
Please watch the takeoff video below:


We are flying FL380. I'm watching Facebook (Mark Zuckerberg) movie. Avianca's movies and musics selection is simply POOR. There were less then 15 movies. No recent release. I felt pretty much bored as there was nothing to watch in a flight just over 6 hours and remember these A330's operates Europe flights. I would certainly mind spending a 10 hours flight with that few options. So I decided to watch Facebook movie (called The Social Network) which is a long film with 2 hours duration. After finishing it, I decided to take a nap as I had nothing else to do… The crew was disappointing. No smile from them, and I couldn't see a SINGLE one who spoke english. I asked them in english as I am not spanish fluent and they answered in spanish.
Bad image of the AVOD seat control. 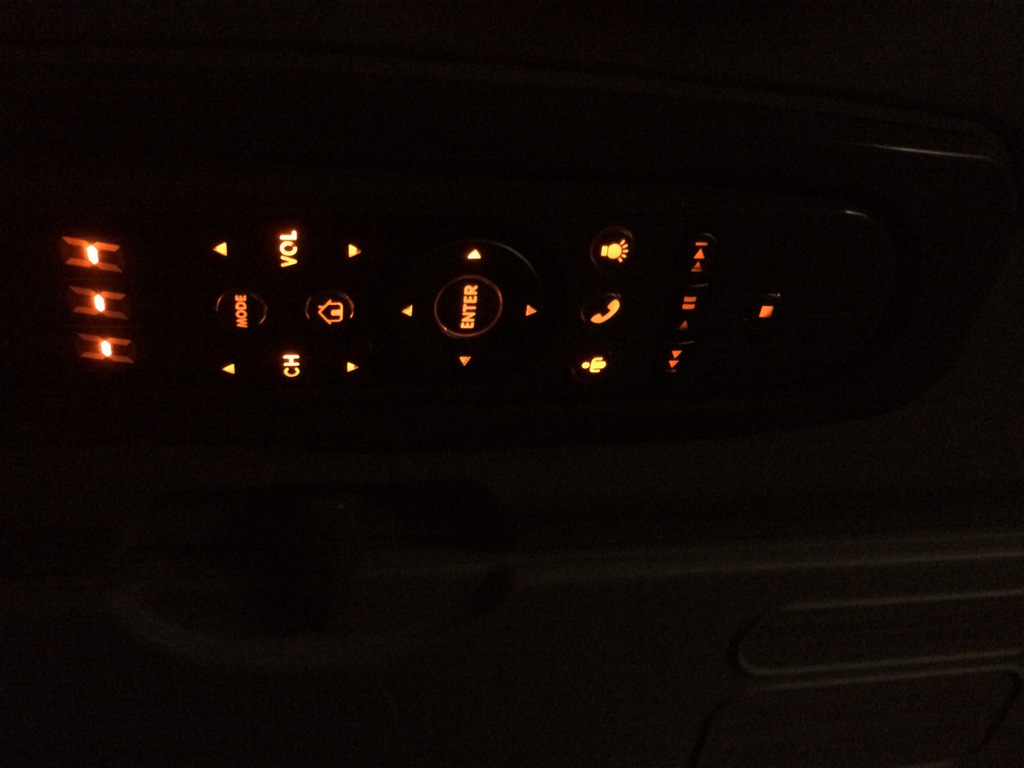 I woke up and we were flying FL400 and about 1 hour and half from BOG. It was the right time when the lights were turned on and the breakfast service started with a single option which was omelet. I wasn't hungry so I decided to refuse it. I had a cup of water only.
We started descent to Bogotá and there were some heavy formation's (CB's) which made our approach very bumpy. The landing was ok but as it was an A330 I'm sure it could have been better..
I will upload the video later and post in the comment's (I don't know if this is possible anyway…)

Picture of how the cabin looked (more or less) during cruise with lights turned off. Notice this aircraft is not equipped with mood-lightning. 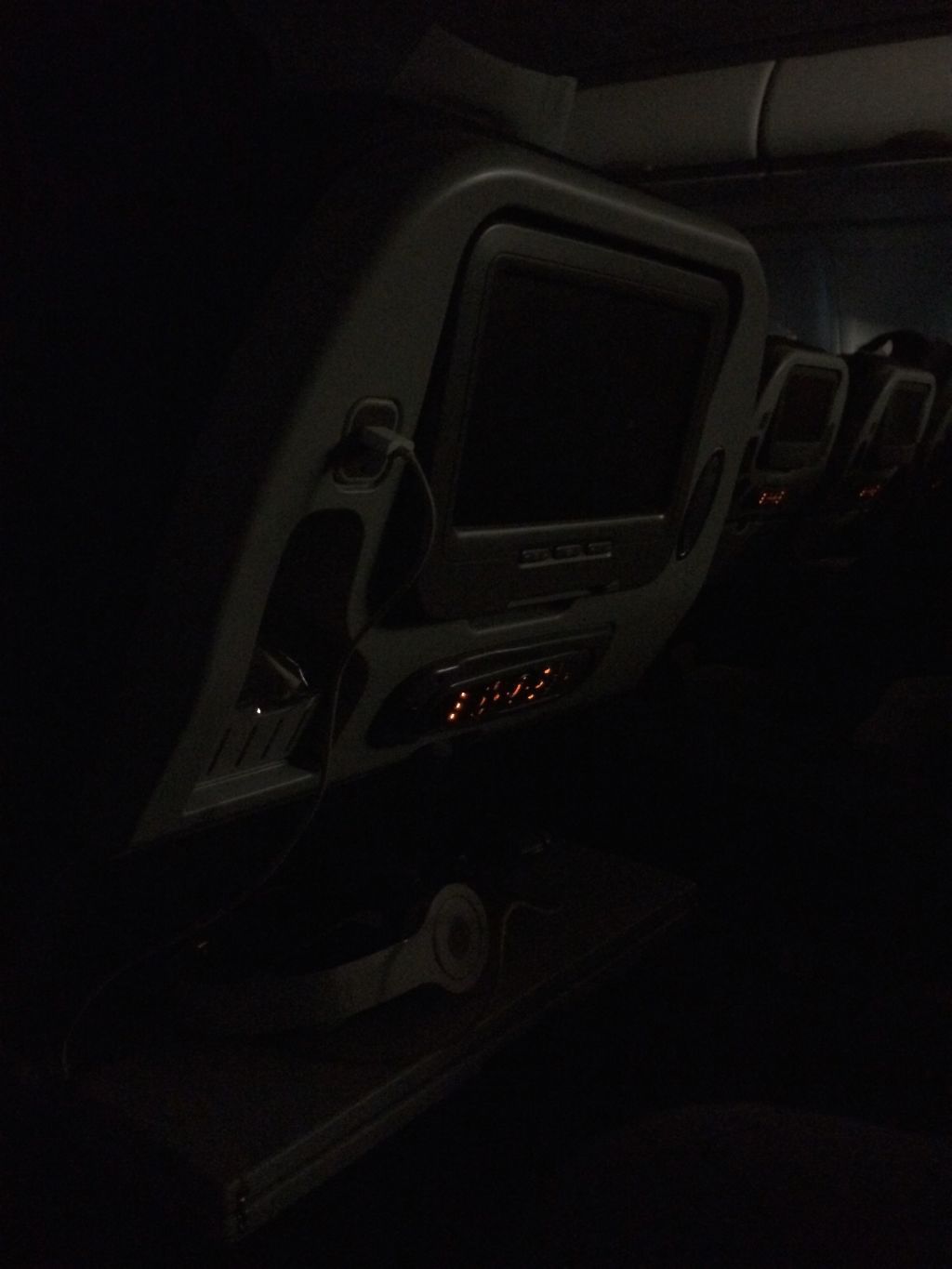 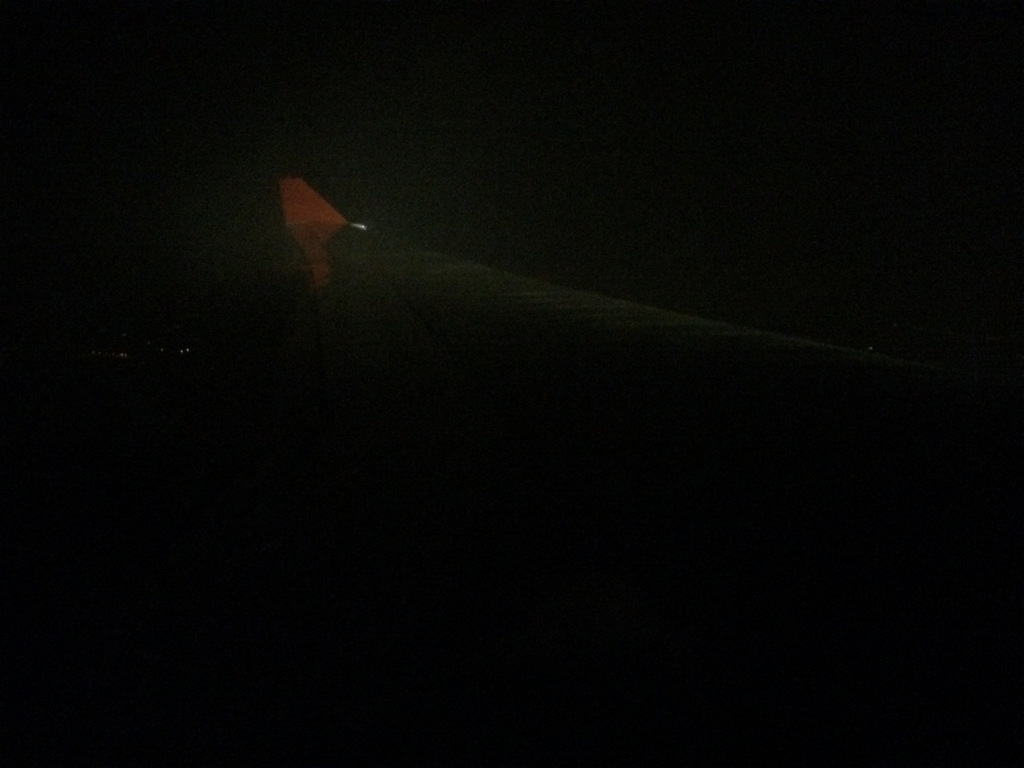 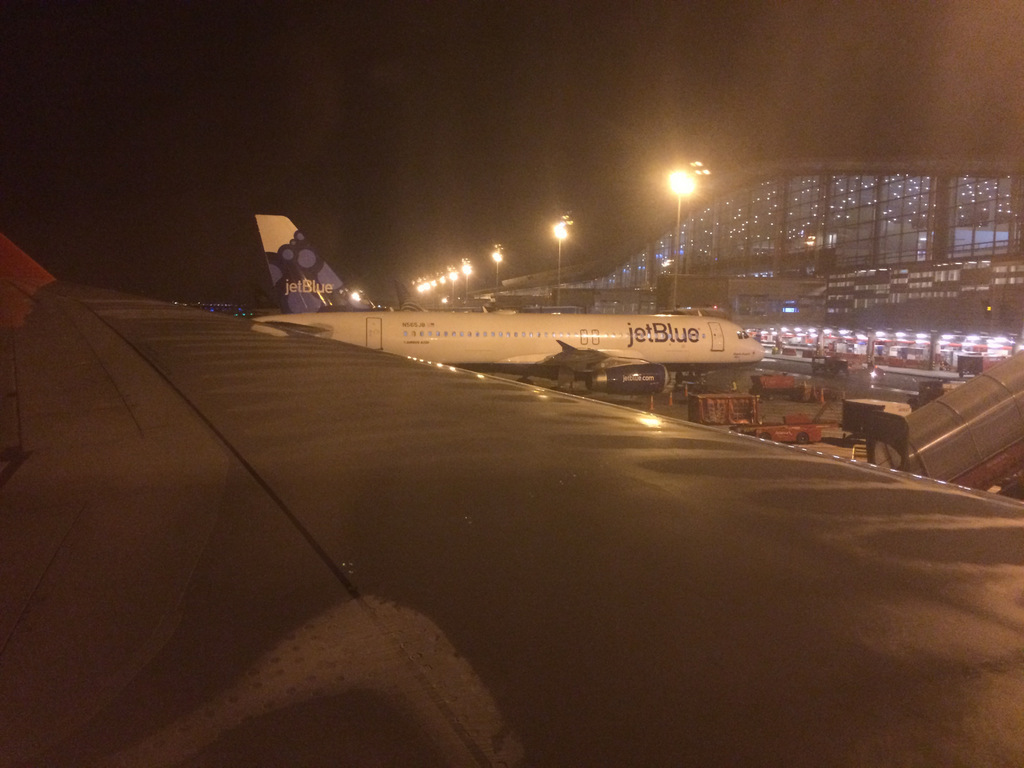 We left the plane and we faced a cold morning at Bogotá. First thing I did was visiting a toilet and I can say that it was a very modern bathroom but very very dirty too with a lot of papers on the ground, etc.

Then police asked with we were heading to another city. We said yes and they immediately showed us the way for a bag inspection line. We took about two minutes to be released from police and then up stairs for free shop. I was very surprised with the free shop quality because there were a lot of stores and options but the price is not as good as you can find in US stores. 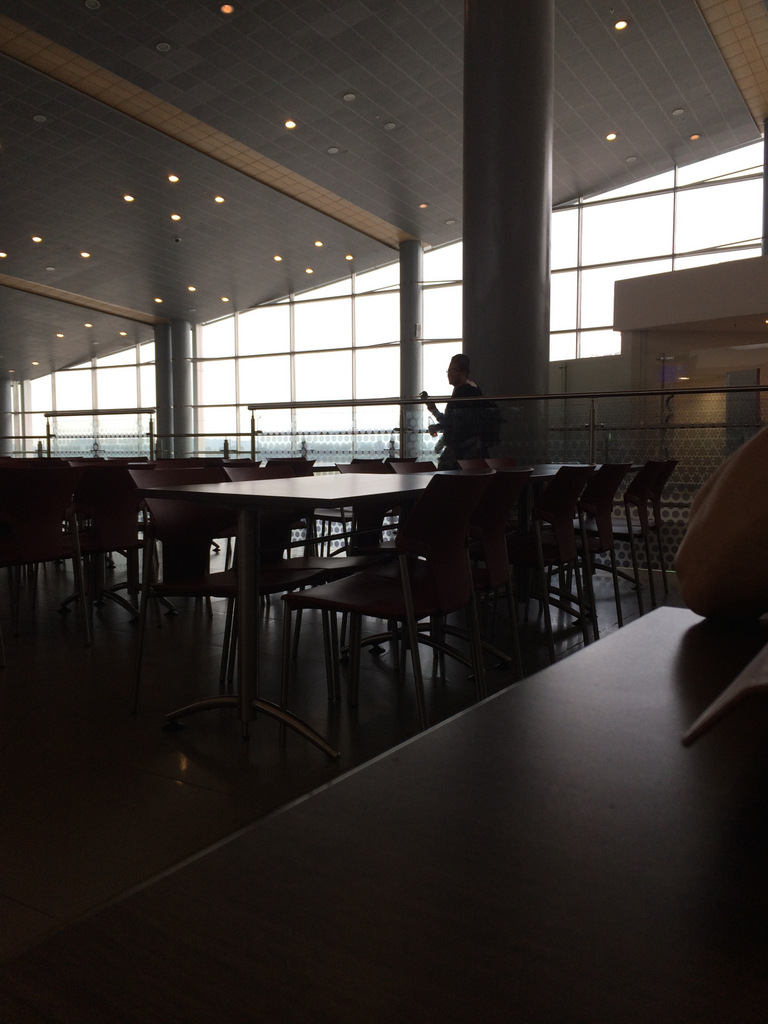 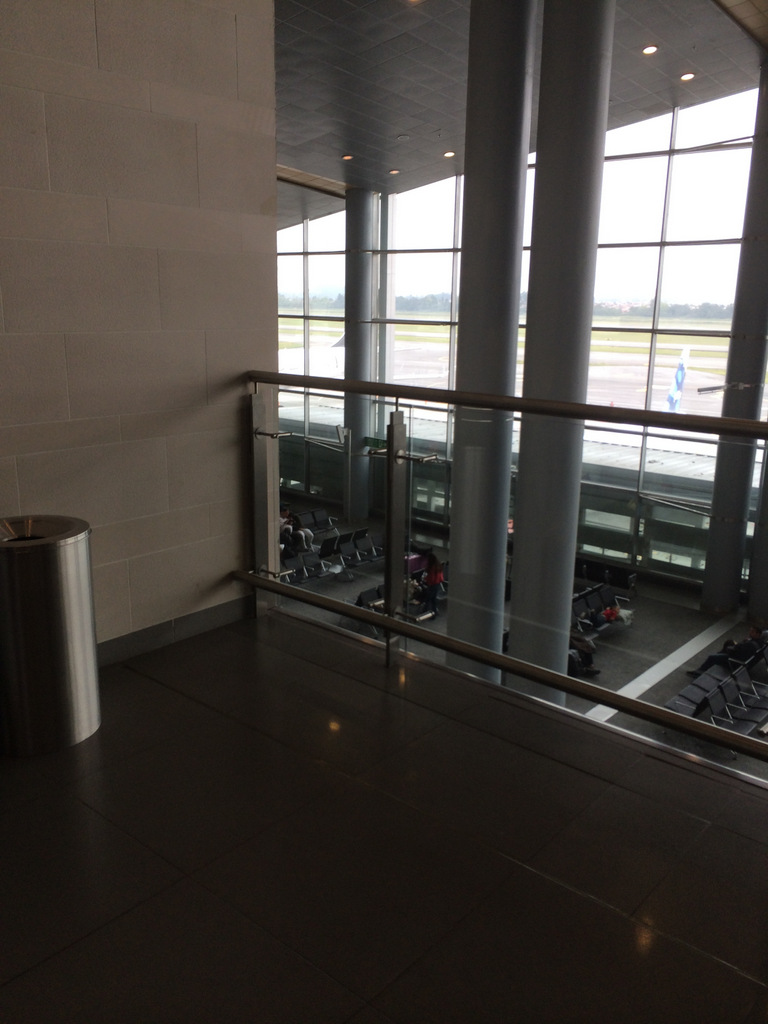 Thanks for reading guys!
See more

So, it's my second time making Cancun trips in 2 years time and the first time I did with Copa Airlines brand new 737-800 and I can say it is 10 times better then Avianca's service and I would rather choose Copa next time for sure. Avianca is an average airline but their seats are very uncomfortable and PTV has a very limited selection of entertainment. In other hand, Bogotá is a great airport with it's new terminal built in 2011 as far as I remember but think twice before buying tickets with them.