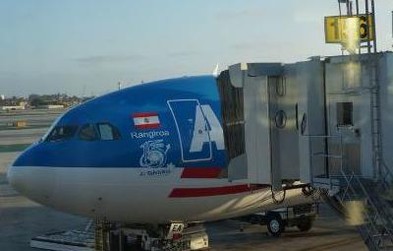 By jeromekl 7660
Published on 30th July 2014
Today’s report: a flight between two of the least pleasant airports in the developed world.

I was sent on a business trip to Paris, and the company’s travel people booked the flight for me. I had assumed that they would pick the cheapest ticket, so I went on Kayak and figured out what those flights might be.

Would I be transiting in YUL on Air Canada?

Would they pick United, and have us change planes in EWR?

Oh no, please no US Airways economy. If I can’t sleep, I’ll be completely incoherent during my presentation the next day!

Thankfully, I didn’t have to contend with any of the above options, though connecting in Montréal en route to the métropole would have been quite interesting. To my surprise they booked a non-stop flight on Air Tahiti Nui. If anything, I thought, I’d show up to work relaxed, or as relaxed as one can be after having spent 11 hours in classe éco. 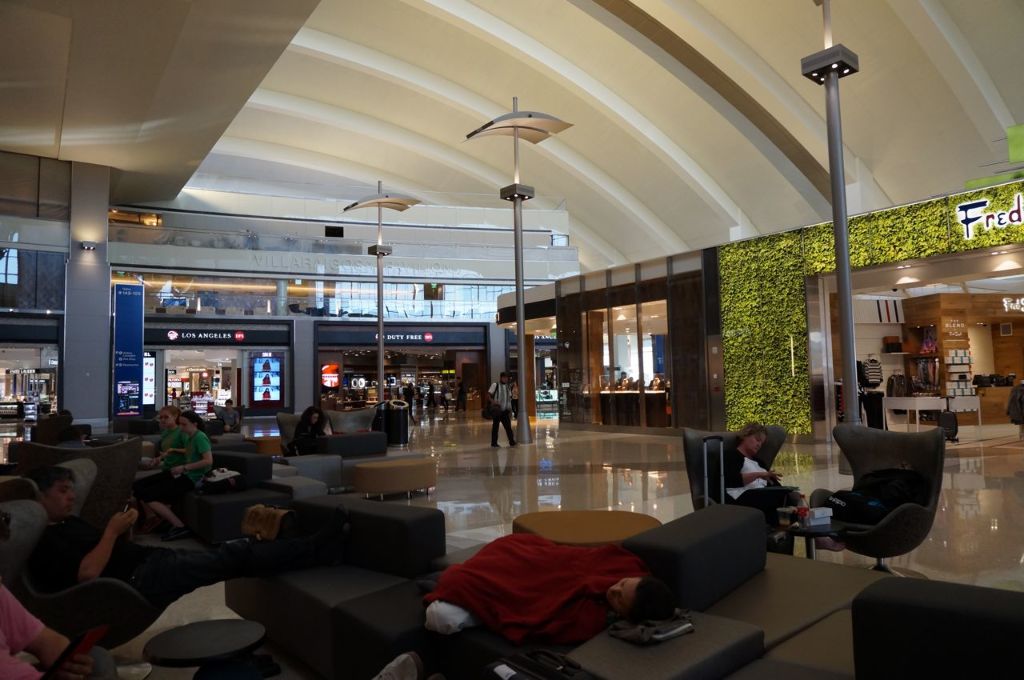 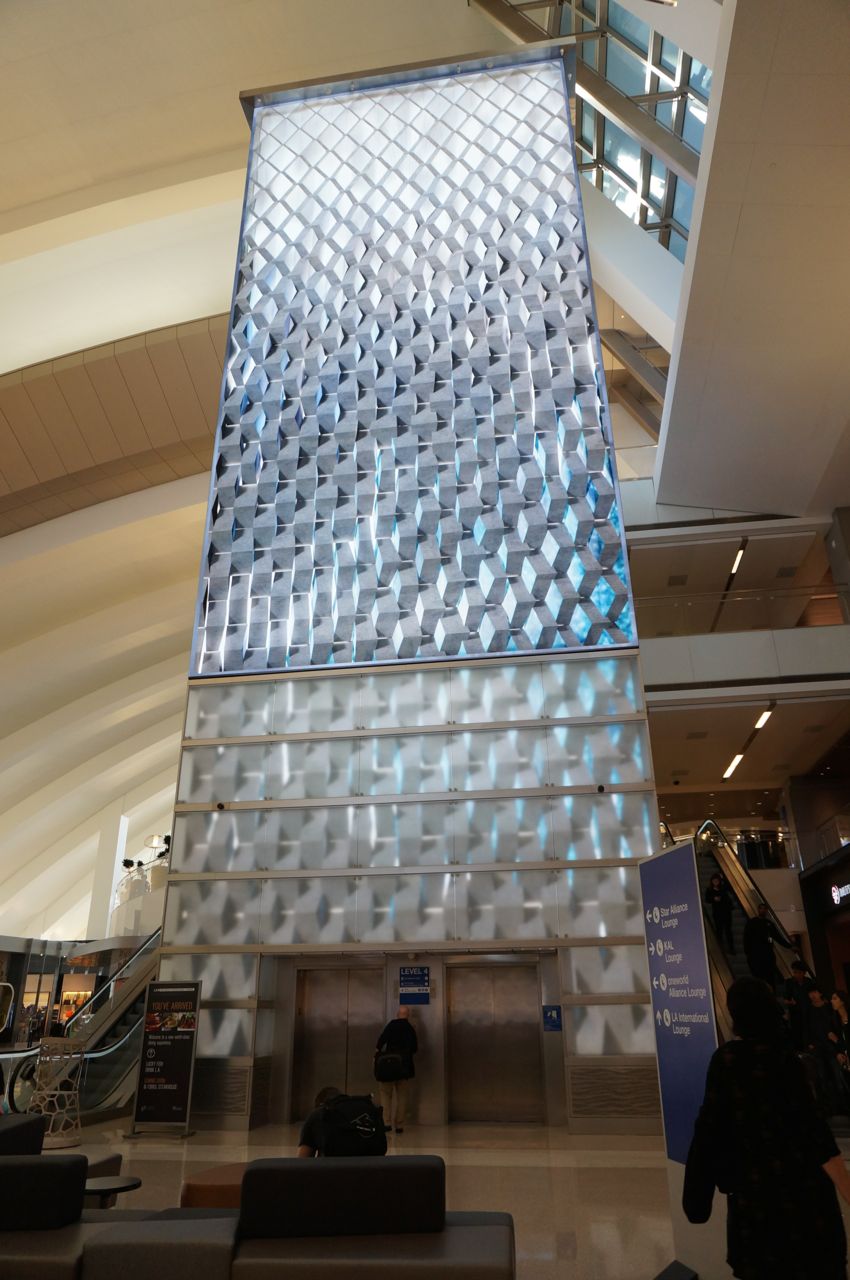 After fighting rush hour on three separate buses to get to LAX, I needed all the relaxation I could get. Unfortunately, I didn’t get very much until I boarded the plane. TN departs from Tom Bradley International Terminal, which looks quite snazzy now after the recent renovation but remains as dull a place as ever for a traveler with no status and little money with which to go shopping. 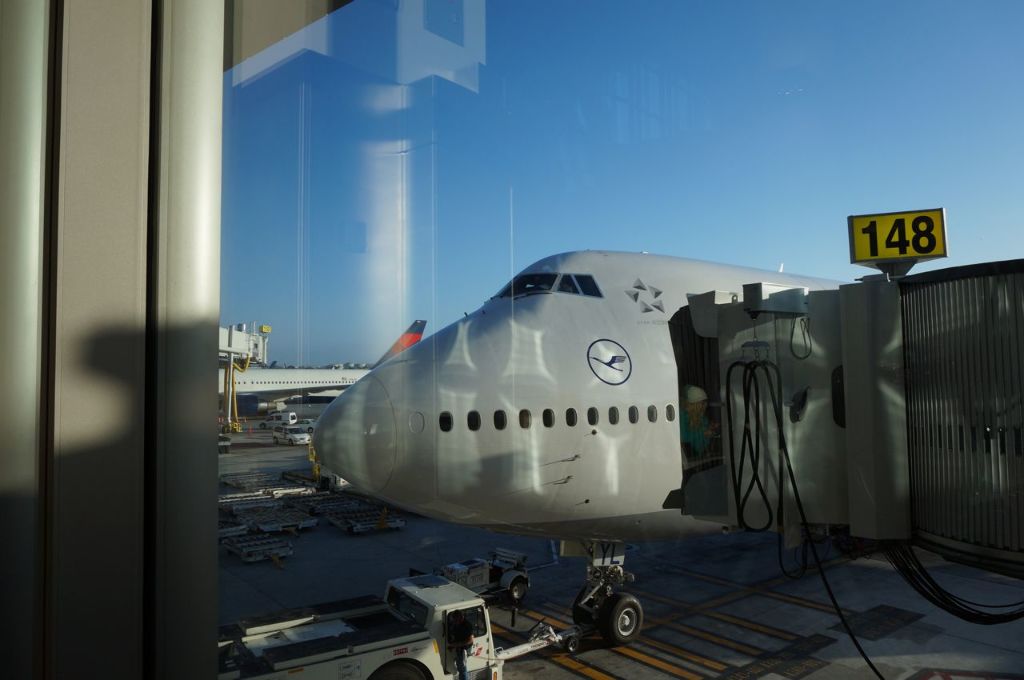 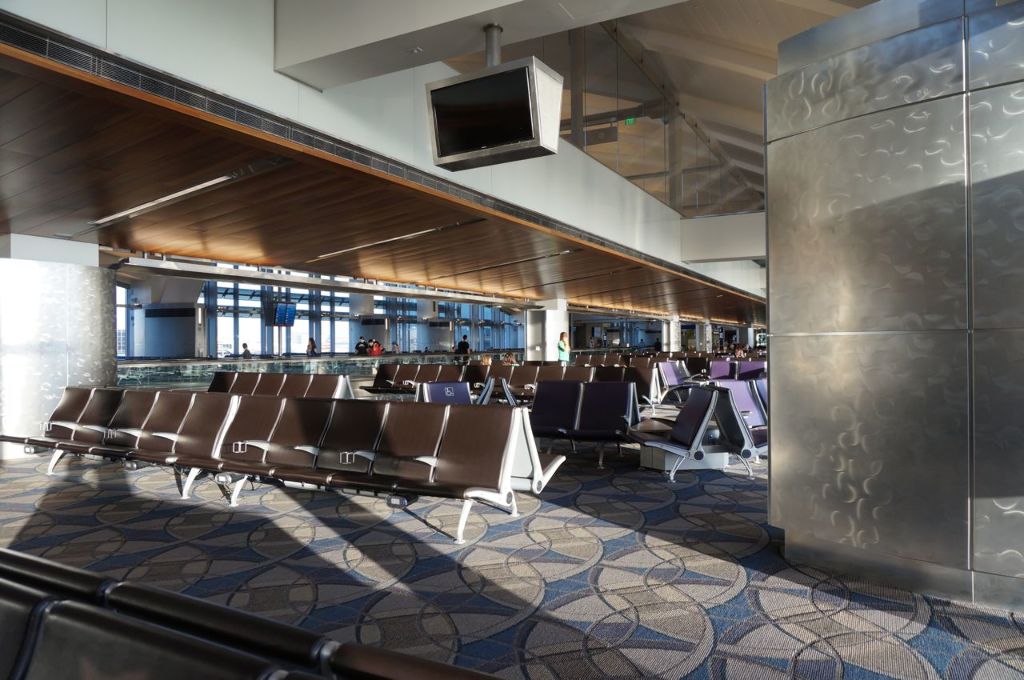 I happily left the “entertainment” area for the new gates, where I was able to snap a few pictures of a Lufthansa plane returning to the Vaterland. Otherwise, this part of the terminal was quite empty. I’m sure it got much busier later in the evening with the numerous trans-Pacific departures. 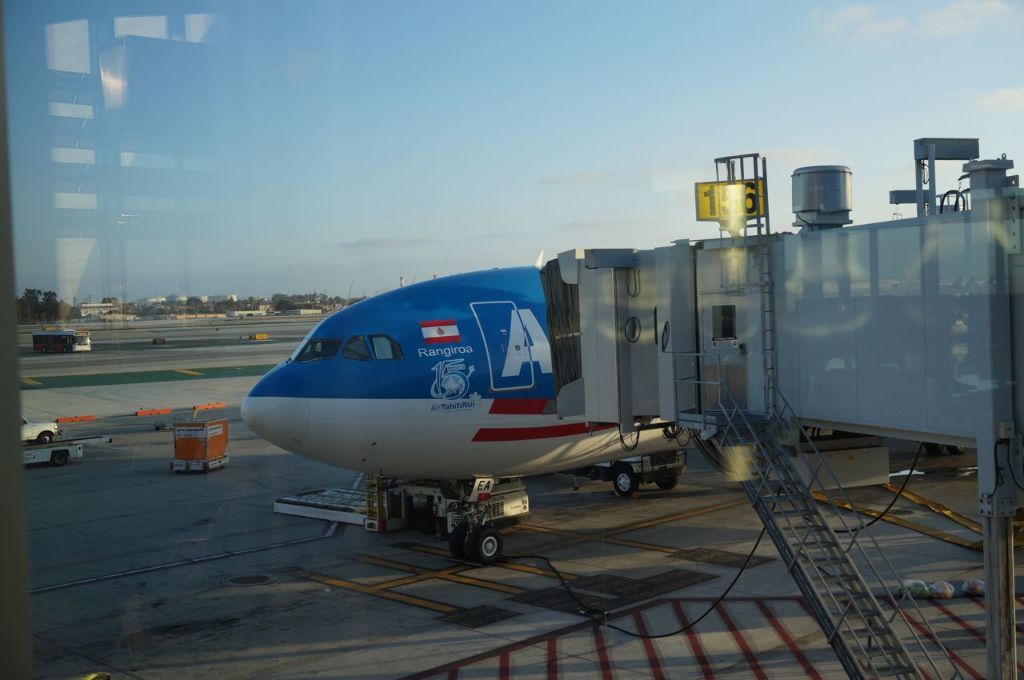 Rangiroa was waiting for us outside, while the colorfully dressed TN cabin crew relaxed in the terminal before their long shift ahead. 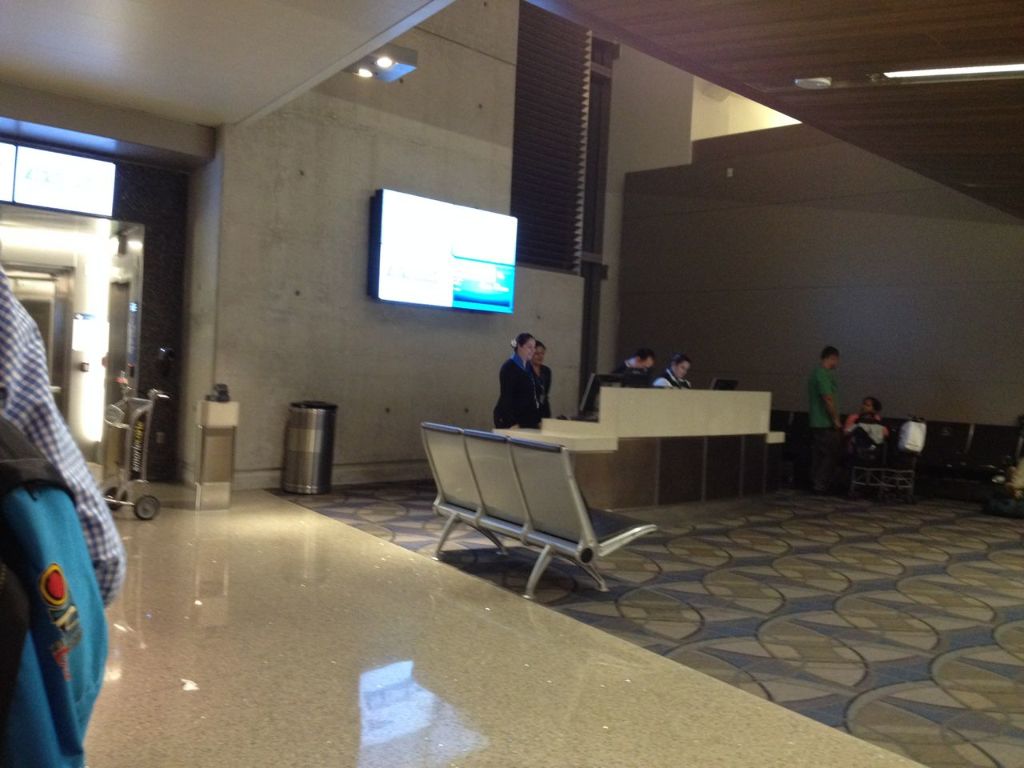 Boarding commenced on time, starting with business class and then economy from back to front. As I was in the front of economy, I was among the last to board. 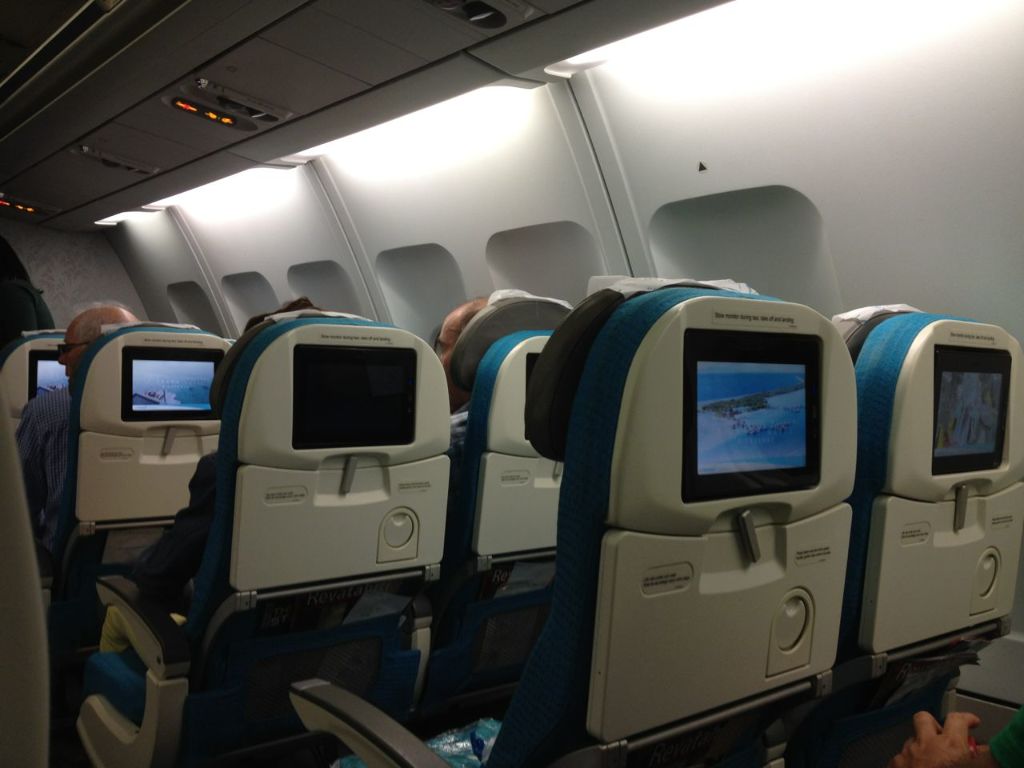 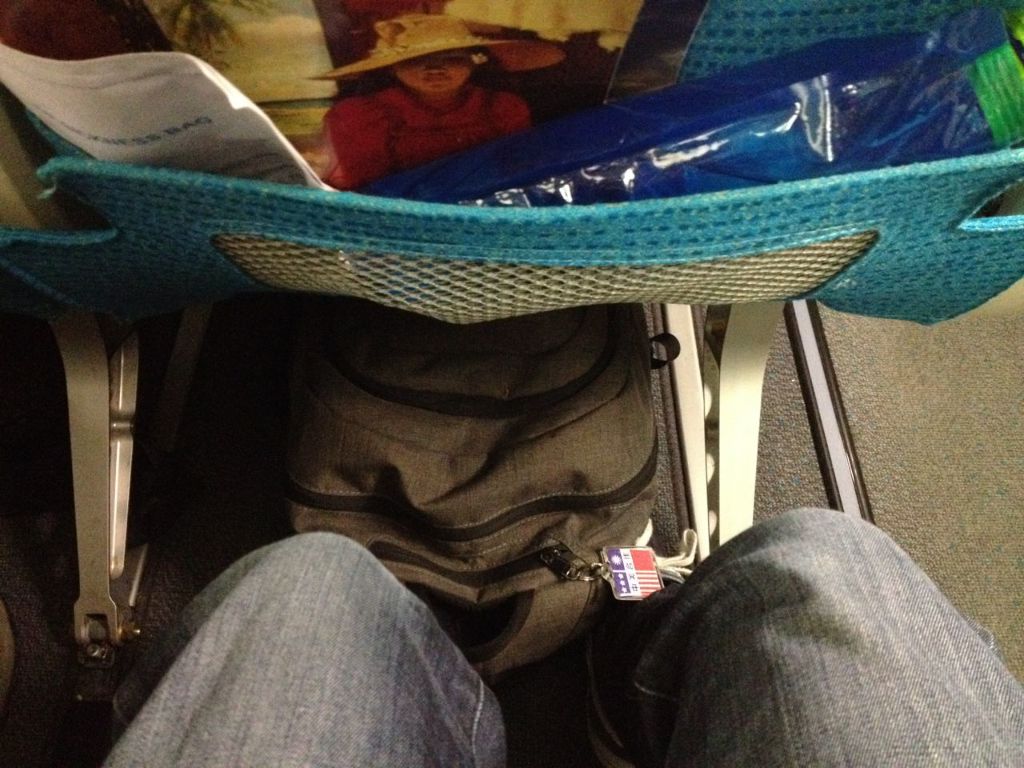 The A340-300 was laid out in a 2-4-2 configuration. The pitch was acceptable, but I am very much not tall. I don’t understand how anyone larger than me can fit in an economy seat these days. 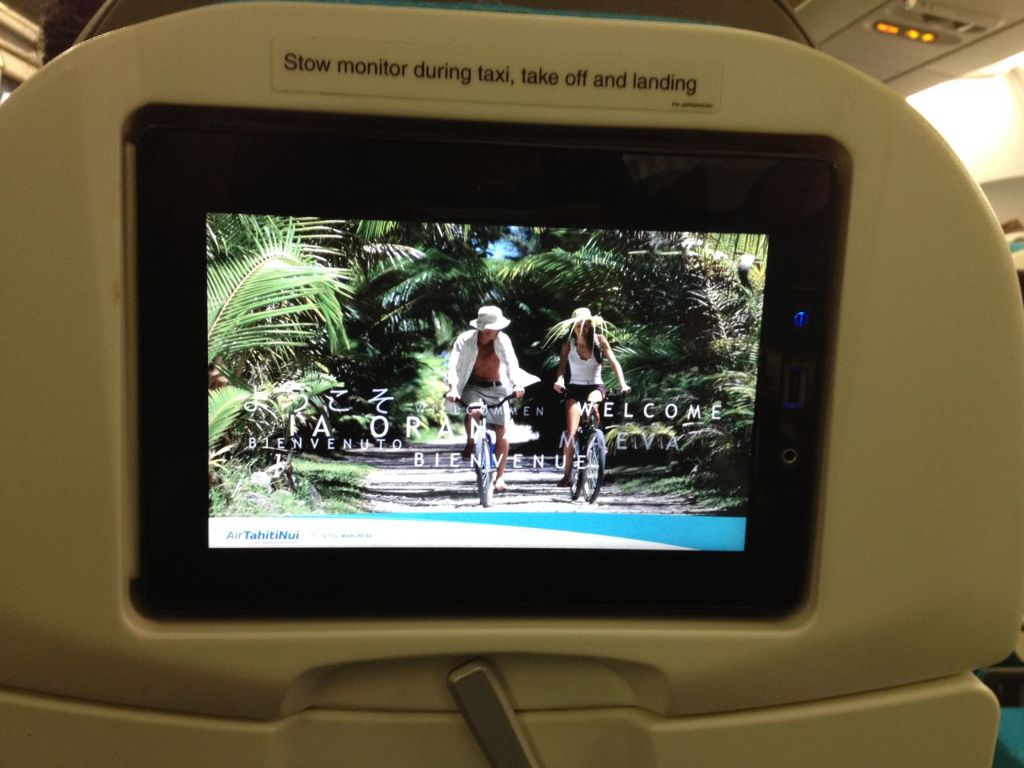 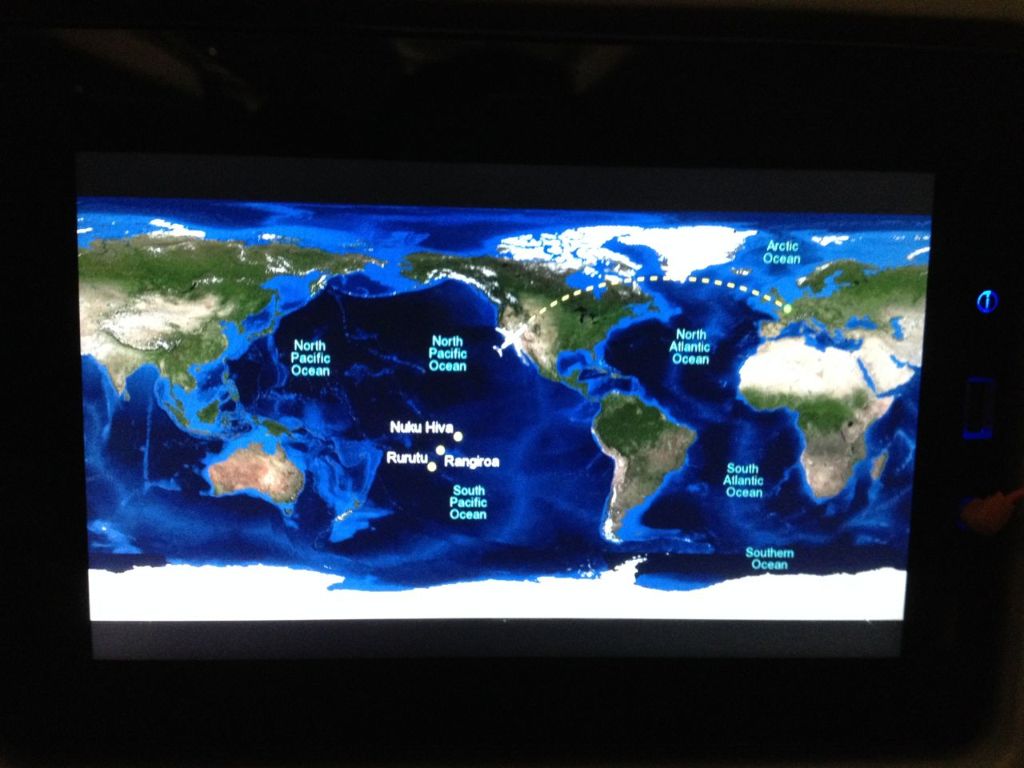 The IFE screen was a standard size for economy. The selection of films and TV shows was quite small, but at least they were available on demand and were not simply looped. I entertained myself with a boring Japanese drama and a few documentaries about French Polynesia. 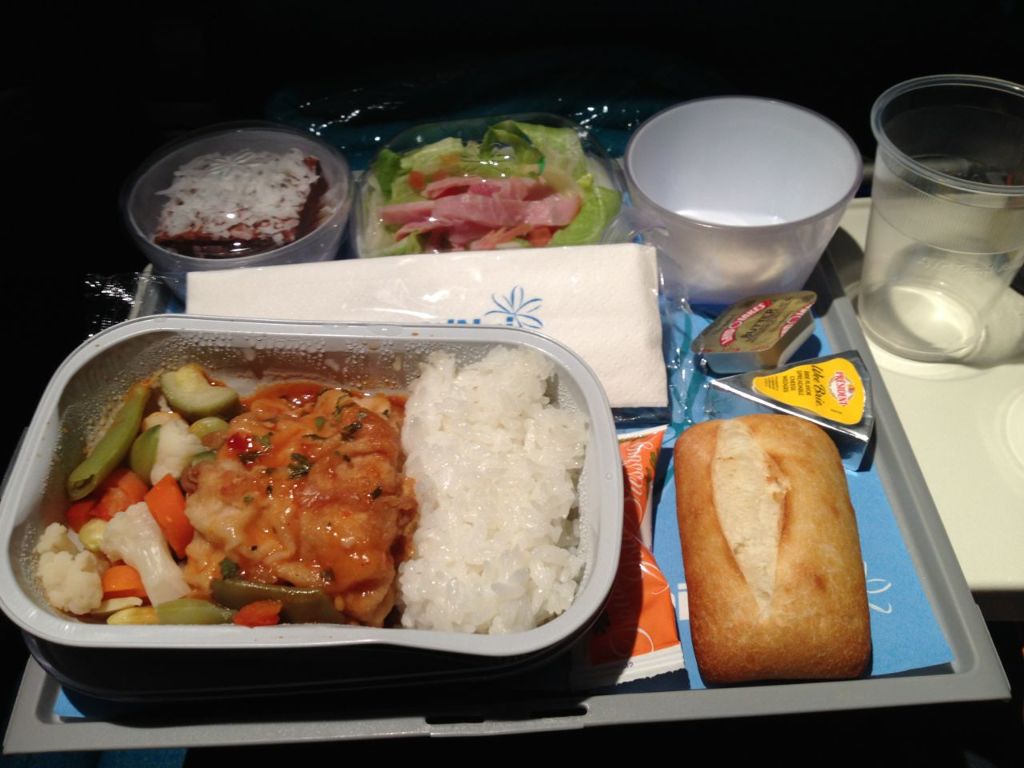 Dinner was served about an hour into the flight. I got some tough sweet and sour fish, along with a small bottle of sparkling wine. The dessert had so many flavors going on that I didn’t know what to make of it. Chocolate and coconut and fruit? 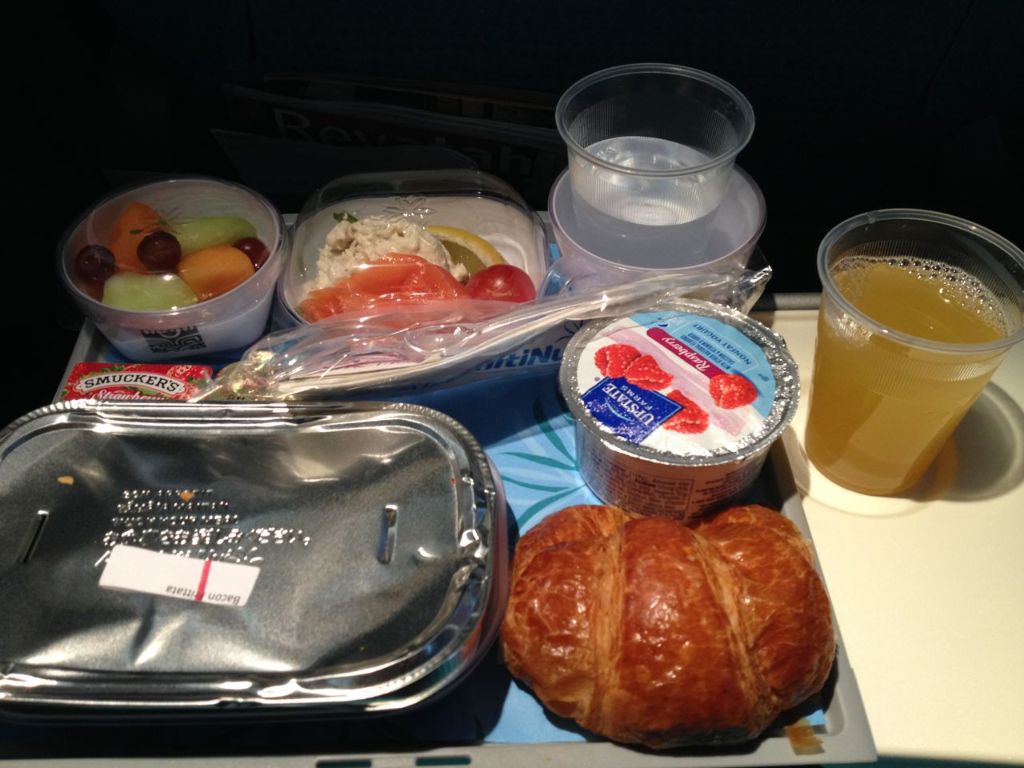 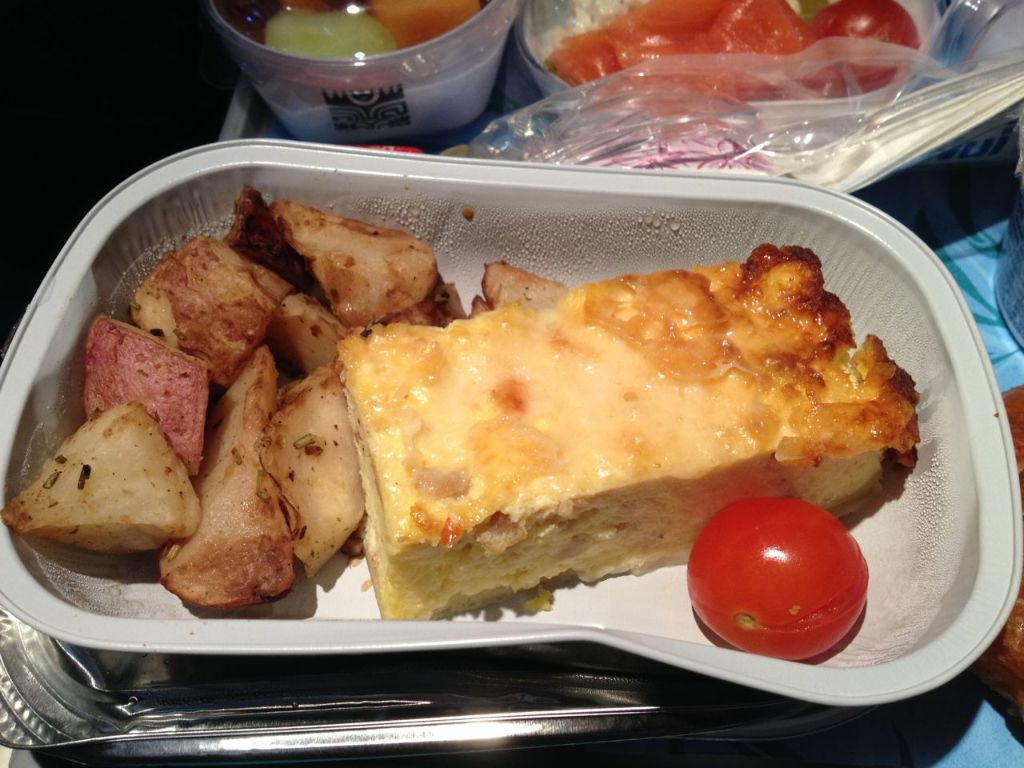 Breakfast was served about an hour and a half before our descent into CDG. The industrial egg thing was not terrible, but the smoked salmon plus tuna salad container in the back was incredibly confusing. I must say, the catering was far superior on the way back, so this must be an LAX thing. 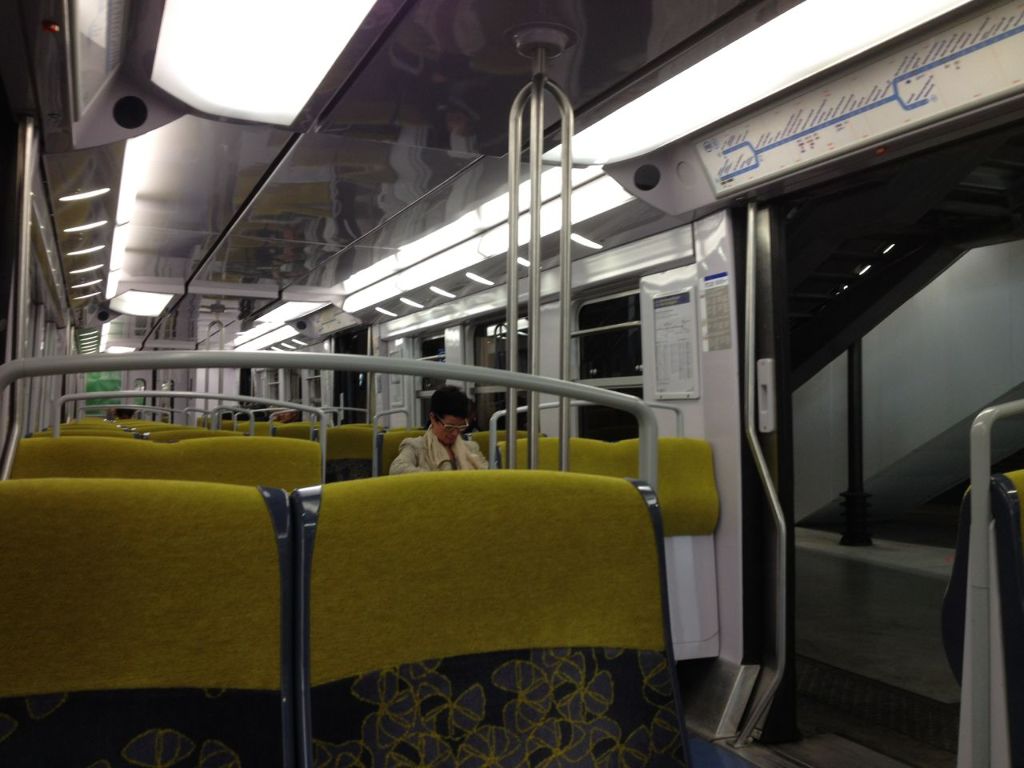 Landing was on time and uneventful. What was quite eventful was my trip to the 7th arrondissement from CDG. I didn’t realize what the CDGVAL tram was for, so I kept following the signs saying “Paris par train” to find the RER train. I kept going, and going, and going, and going… and eventually I made it, but the 35 minute walk could have been avoided! I bought my ticket, boarded the train, and sat there as rush hour commuters squeezed their way in.

After a number of stops, the train started going backwards. At that point, it hit me: the railway strike meant that this train would not be going to the stop I needed! I got off at the next station, and after following some similarly lost Spanish business men, losing sight of them, gesturing at and parlez-vous-anglais-ing the staff, I made it to my hotel in the 7th, a full three hours after the plane landed. Goodness. And I thought LAX was bad!

A very nice flight bookended by unpleasant airport experiences. Though LAX will still remain at the top of my list of least favorite airports, CDG is giving it a run for its money.

The contributors of Flight-Report published 67 reviews of 4 airlines on the route Los Angeles (LAX) → Paris (CDG).

The average flight time is 10 hours and 36 minutes.