By giancarlo330 11834
Published on 14th March 2015
I have to confess I have been a huge fan of FR since its beginnings. With this in mind and being a frequent traveler of Skyteam on its Premium Classes I want to share my first FR. I happened to find some days ago some crazy low fares on Alitalia, specially on Classica Plus from Europe to Asia. With every intention of trying this product which there is little information on the net I decided to buy a ticket from Rome to Tokyo and spend 6 days at that beautiful and crazy city which I enjoyed very much.

The trip started at 11am showing up at the Sky Priority check in area of Alitalia (T1 North Wing) which also handles Delta,Korean,AeroMexico,AF and other carriers. After a 15 minute wait which was a bit too much as Alitalia has two departures at almost the same time (one 777 to MXP and other to FCO) I was taken care of by a nice asian assistant.
Check in was kind and efficient,BP and invitation to the Delta lounge were handed out in no time. I tried a bit to push for an upgrade but the flight was wide open and an upgrade would have cost me aprox 1,200EUR for one way which I didn't see the benefit as mileage accrual is the same for Premium Economy and Business flying Alitalia and earning points with Flying Blue.

NRT has a dedicated Sky Priority lane for security and passport control and in no time I was at the Delta lounge at satellite 2. As some fellow travelers state this is one of the best Delta Sky Club's around its system,my opinion is that it is OK for american standards but still light years behind than other premium asian or ME carriers. 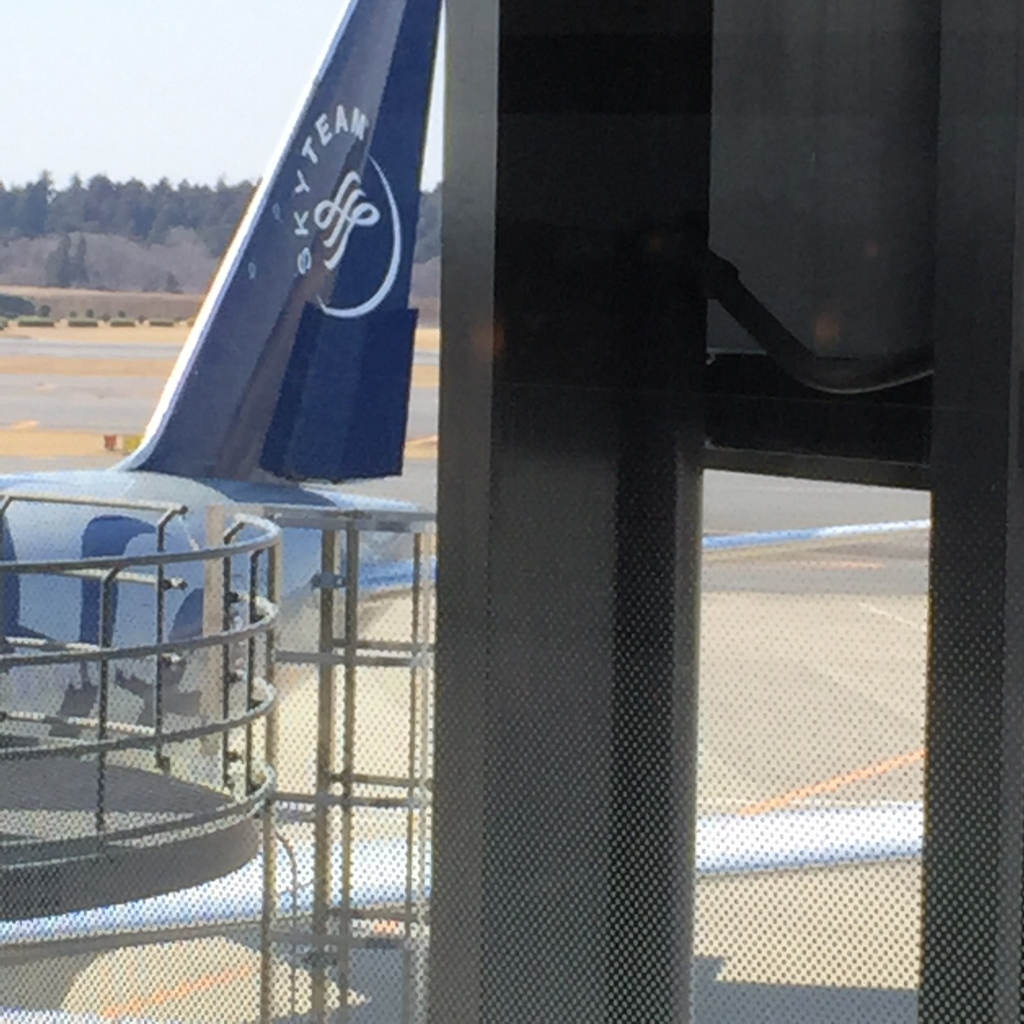 After enjoying a couple of glasses of decent Chilean and French Bordeaux, we were called for boarding at gate 24. Aircraft today was a B-777 with Skyteam livery. I was greeted by two cabin attendants which were let's say very little welcoming but they did their job. I walked through the Magnifica mini cabin down to my seat 15L. Good news today for the flight I wouldn't have any companion on the aisle seat so I would have more room to stretch out. The seat as itself is the same as AF Premium Economy product. There was a set of cushion and blanket (both from Frette) and a bottle of water. After seating and getting comfy a flight attendant passed by offering prosecco (not even half of a plastic glass),water or red orange juice (Arancia rossa). 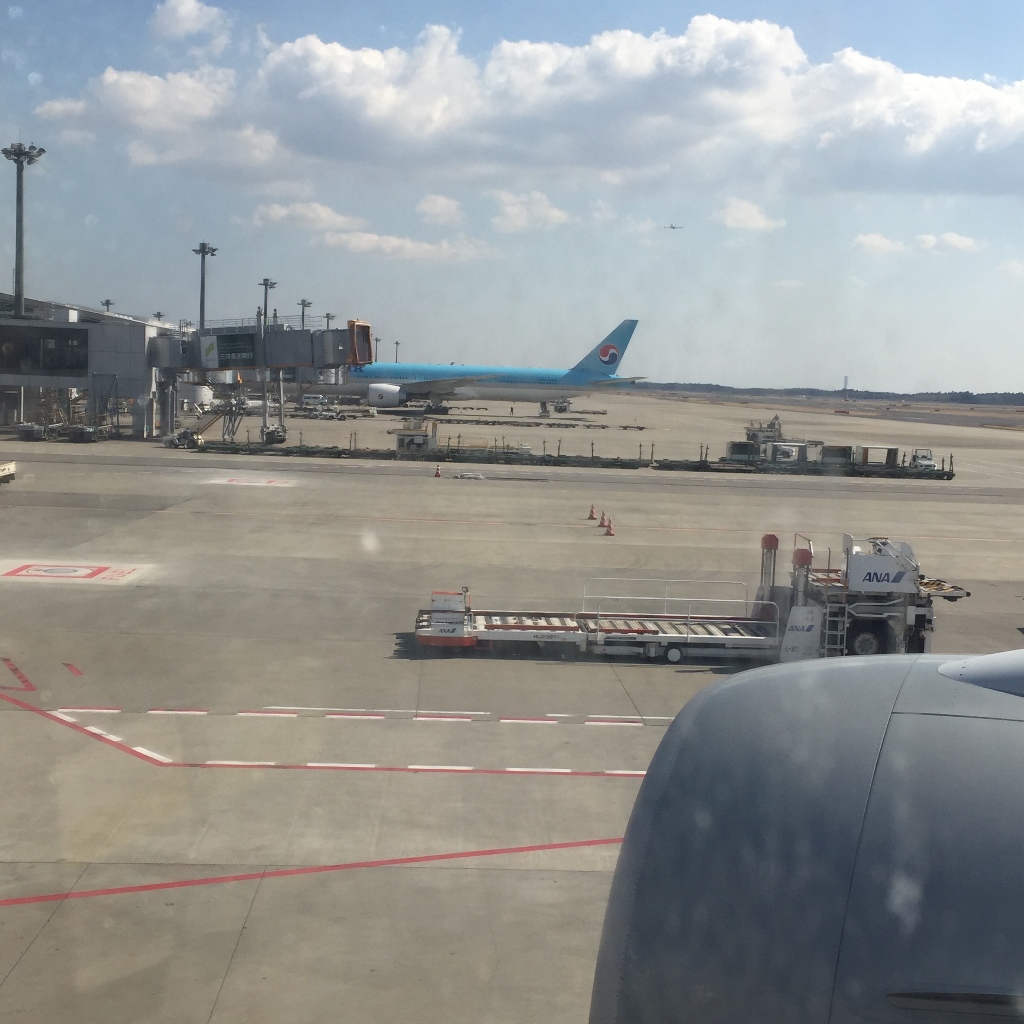 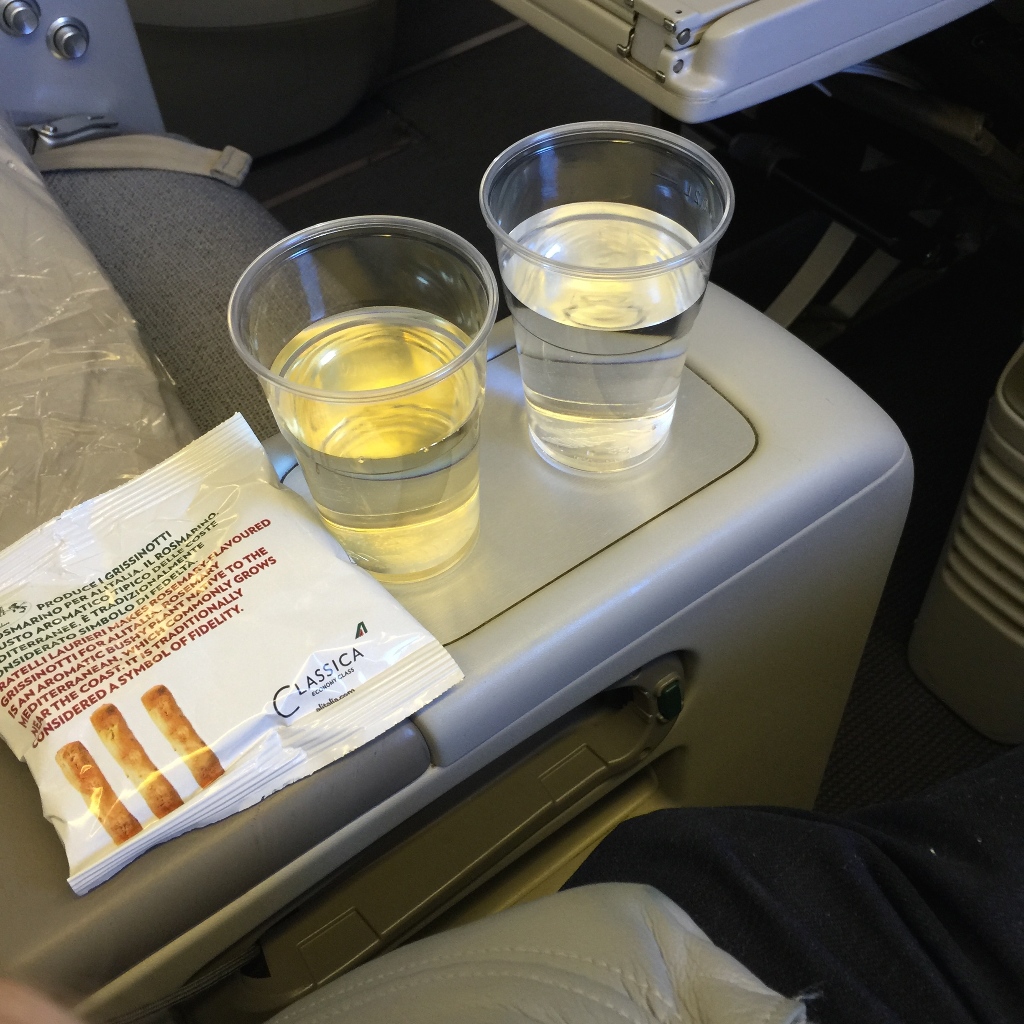 Noticing a gap on the protocol of service I noticed that the Frette Amenity Kits were not handed out. Trying to be patient I decided to wait until airborne and see if this part of the amenities offered to the Premium Eco passengers was going to be fulfilled or not. I will come to that in a bit.


We taxied and took off sharp on time and headed north towards Russian airspace. Noticing some gaps to what have been reported on other sites no menu was handed out for this flight and neither on the inbound flight. Shame that Alitalia is not consistent on service protocols and products for specific classes of service. After a while I asked the first flight attendant for the amenity kit. He immediately responded to make sure that they were not handed out before,sure no one had received them yet. After one hour and having asked to 5 different people someone in a hurry came out of Business to give one to every passenger. I mean, I don't want to be on those persons trying to think the worse…but is there any chance that Alitalia is trying to save amenity kits for other flights? Or is it that some flight attendant that was supposed to do his/her job forgot because there is no supervision at all? Anyway, after some minutes from the amenity kit incident the trolley came from the rear galley. Now, if someone thinks that food in Classica Plus is different from Economy…well they are wrong! The food is exactly the same, served on other plates, with a glass (real) for wine and plastic cutlery. The options were italian or asian menu. I decided to take the italian. Quality I must say was below standard. The appetizer consisting of a cold cut was not very fresh and the lasagna was just floating on a watery tomato sauce. Now, the worse part of the meal was the wine. It was so so but sooo cheap that I ended up with a slight headache after the meal service. I investigated a bit after landing and discovered that Alitalia's choice for its Economy and +Economy clients was a 4 EUR bottle at any supermarket in Europe (Canello White/Red). Actually it is a shame for an airline that prides itself for its italian heritage to offer such cheap product and leaves me thinking on the big hole that Alitalia was and is still today product of the bad management that have run Alitalia for decades.

Here is the picture of shame After meal service I tried to sleep a bit and taking advantage for some extra space offered on Y+. No, being honest this seat is terrible for a night flight of more than 8 hours. I think from an east coast flight to Europe it is more than fine, but for 11+ hours it might be a bit of an issue. IFE offered is a bit primitive for 2015 and the selection of movies was below standard. Screen size was adequate.

Here are some shots of the legroom. Soon after lights were dimmed and the cabin crew vanished for a nice chat at the rear galley for around 6 hours, the nice chatting update of the layover was interrupted by offering some drinks to the passengers like water and OJ.

Flight continued uneventful and an hour before descent a light snack was offered (way too light I must say for a 12:50 hours flight). Again,cheap wine and same food offering as Economy and plastic cutlery. Landing was sharp at 19:00 and taxied to the G- arrival satellite from T3. It was a big mess upon deplaning. Flight from Dubai and Doha had arrived and everyone was trying to rush to the skytrain. What a nice way to be welcomed back in Italy with some chaos and disorder for a change :)
See more

Sadly Alitalia is still a long way to reach other Skyteam partner's standards. Cabin crew is something that bothers me. Most of the cabin crew are very old, probably they have been with the airline for 25+ years. But comparing to chez AirFrance or BA where most of their senior crew are still motivated, kind and friendly enough to enjoy their job, Alitalia crew shows zero effort to solve issues, be kind, have a smile or just make you feel welcome. They clearly seem to be bothered by something which might be money issues, company manegement or just tired of the crew life. No reason whatsoever should be accepted for the terrible lame attitude of the crew. I find that most male flight attendants on Alitalia are very very rude and unprofessional while females are trying a bit harder to make a difference, but of course this is not enough. Examples as the amenity kit, or simply observing the interaction of the crew with the clients was more than enough for me to say I wouldn't choose Alitalia other than a future flight I have already booked on Y+ for a very very low price to ICN next June.

But if you ask me if I will pay the normal fare for Classica Plus on any flight with AZ my answer would be NO. Magnifica its another story but on regular classes as also any intra european flight with Alitalia expect little and you won't be disappointed ;)

Hope you guys enjoyed my first report and any feedback will be welcomed!

The contributors of Flight-Report published 4 reviews of 1 airlines on the route Tokyo (NRT) → Rome (FCO).

The average flight time is 12 hours and 44 minutes.